Barry (Teutenberg) was born in Gisborne on the east coast of the North Island of New Zealand in 1955. He remained there all his life, apart from 6 months in 1976 when he travelled to England with some friends and initially caught the ‘boating bug’ after spotting narrowboats and canals on the Northampton Arm.

He ran a successful photography business for 35 years, before selling it in 2008 to pursue his dream of travelling the waterways of Britain by narrowboat.  Having spent many years photographing weddings, schools, family portraits and commercial work, Barry loved nothing better than capturing the beauty of the canals and places along the way, taking the majority of the photos for the blog during 2009 and 2010.

In 2011 Barry opened up a ‘Homebrew and more’ shop in Gisborne, New Zealand, ‘Ezimade’, using his extensive knowledge and experience to interact with his customers.  He sold the shop in September 2013.

Sandra (Walsh) was born at home in Solihull, in 1959, and is a qualified nurse and midwife. She had a 35-year career in the NHS and New Zealand Health Service, in a wide range of clinical and leadership positions.

She fulfilled a long-held dream of emigrating to New Zealand in January 2005, met Barry in January 2006, who subsequently persuaded her to return to England for six months in 2009 to buy and live aboard a narrowboat.

Sustaining an Alternative Lifestyle Together 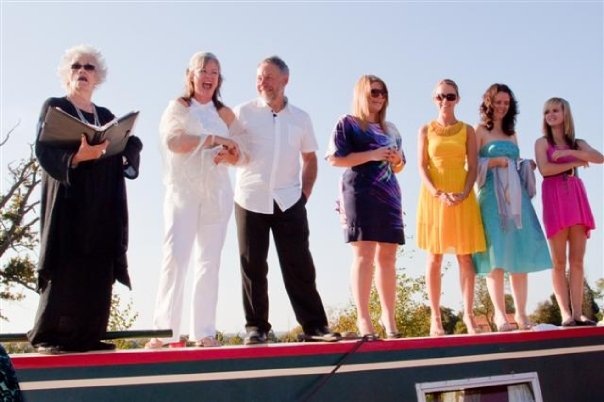 Barry and Sandra married twice in 2009.

Initially in England, on the roof of their first narrowboat ‘Northern Pride’, on a sunny September day. Then back in New Zealand for Sandra’s dream beach wedding in December. Sandra chose to retain her maiden name of ‘Walsh’.  Teutenberg is just too hard for people to spell (and she often got it wrong!).

Between them, Barry and Sandra have four grown-up children; two in NZ, one in the UK, and one currently living and working at an international school in Nigeria. They also have two gorgeous grandsons in England. 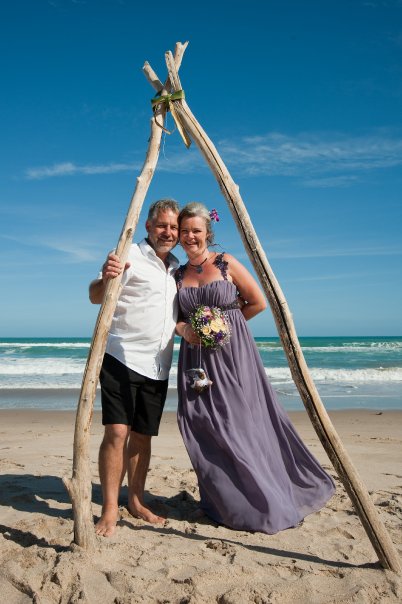 Over two six-month periods in 2009 and 2010, Barry and Sandra travelled almost 2,000 miles on the Inland Waterways of England and Wales, following which they sold their beloved ‘Northern Pride’.

Following this adventure, and after much thought and planning, they sold their Gisborne house; sold, gave away or stored their belongings, and returned to England on 20th March 2013 ‘indefinitely’. Sandra spent a large amount of time over the next five years caring for her elderly parents, who have now sadly both died.

They purchased a narrowboat called ‘AREandARE’.  At 60′ 2″ long, she has room for family and friends to come and visit (which they frequently do!), as well as space for Sandra and Barry to run their businesses.

In March 2013, Sandra completed a Diploma in Holistic Life Coaching with Life Coach Associates (which sadly is no longer) in Auckland, NZ and coached clients online. In November 2016 Sandra took a break from coaching,  due to the vagaries of narrowboat living. 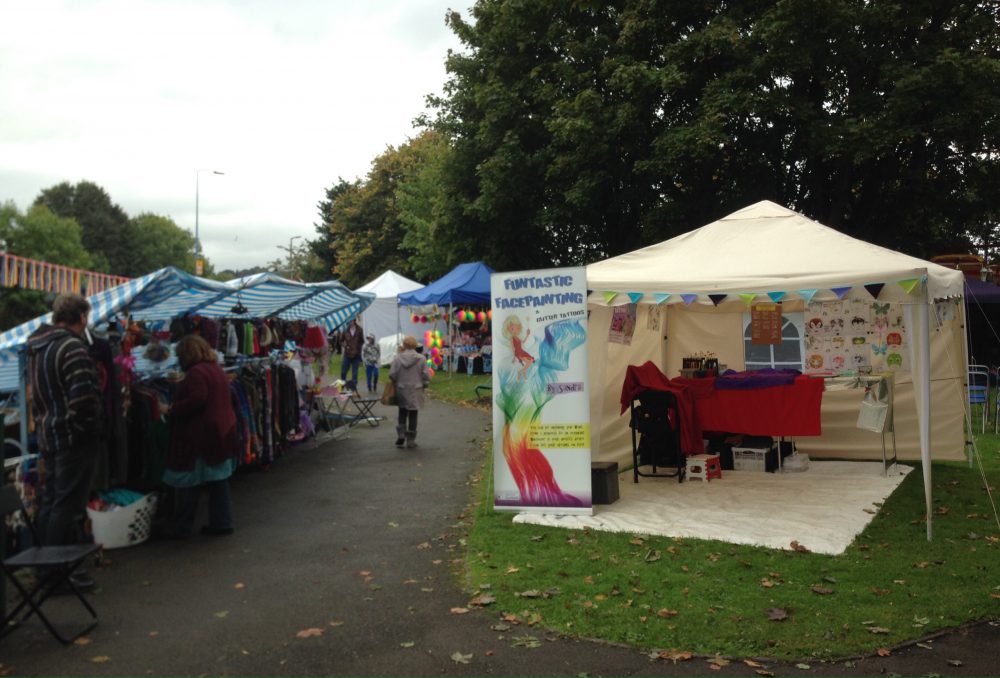 In the spring of 2014, she set up a face-painting business – ‘Funtastic Facepainting by Sandra‘ – and loved gaining experience and becoming proficient painting at canal festivals, land-based events and children’s parties over four seasons.

By 2018 she sadly let go of Facepainting, finding it too challenging to succeed whilst continuously cruising, and with sparse storage space on board.

In March 2018, Sandra began an online ‘job’ with a brilliant company called ‘Ad-Extra‘. A self-employed contractual position it fits perfectly around travelling and family events.  She builds and manages Google Ads accounts for clients, and thoroughly enjoys the challenge and steep learning curve. This ‘work’ is what she’s been looking for; altogether location independent and flexible – and doesn’t involve carrying gazebos and bulky cases to trade on wet fields!

Barry set up a homebrew supplies business from the boat and built a magnificent website (The Home Brew Boat). For four years he sold everything needed to make your own beer, wine, cider and spirits. Towards the end of 2018, Barry changed the scope to ‘STILL trading’, focussing on spirits distilling and liqueur mixers. In early 2020, he made the painful decision to sell the business as we planned a return to New Zealand in August 2020, to spend time with his grown-up children and brother, as well as many friends. Oh yes! And to claim his state pension. We arrived safely in New Zealand on 23rd August 2020 for an indefinite period.

Barry’s often had photography published in Waterways World – with a scoop of their front cover page in June 2015. His winter scene at Hopwas was a ‘picture of the month’ in 2018 and features on one of his Greeting Cards. In March 2018, his image of ‘Little Venice and reflections in the canal’, was featured in an article in The Wall Street Journal. Check out his extensive range of stunning waterways images on Greeting Cards for sale.

Sandra’s had articles in nursing and midwifery publications, the Reader’s Digest, Waterways World, and the Gisborne Herald Weekender, and is the author of the words of the blog posts. 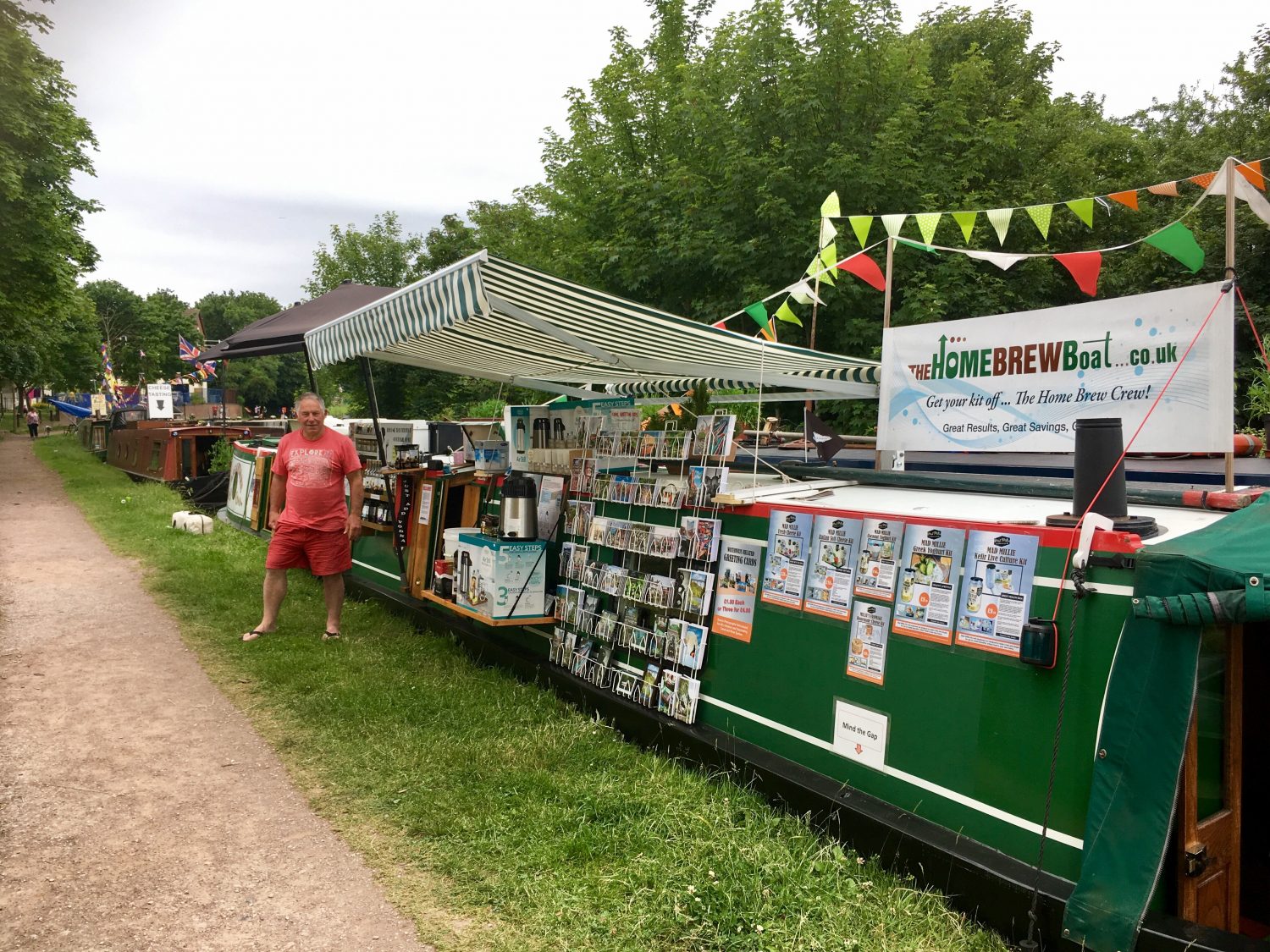 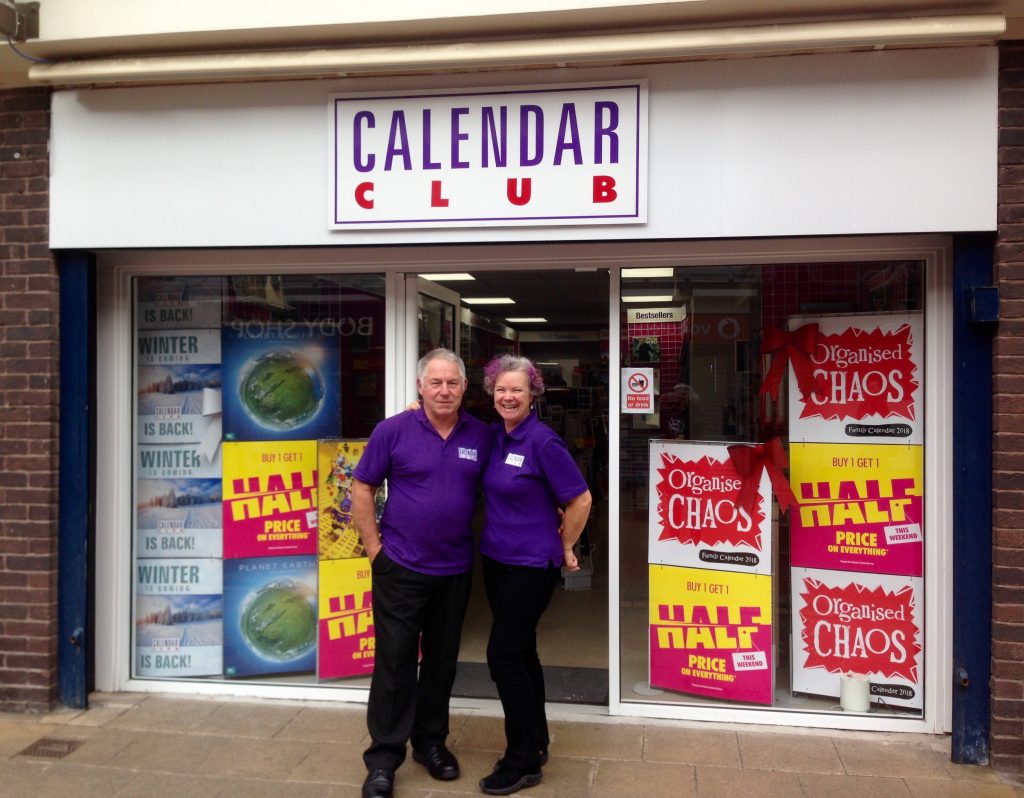 In the winter of 2016, Barry and Sandra each worked for other live-aboard boaters who ran their own Calendar Club outlets for three months.

The self-employed ‘season’ of this venture fitted in perfectly with the trading season. From October 2017 to January 2018, Sandra and Barry ran a store at the Three Spires Shopping Centre in Lichfield. And loved it. So much so, they repeated it in the 2018/19 season at Market Street in Lichfield. 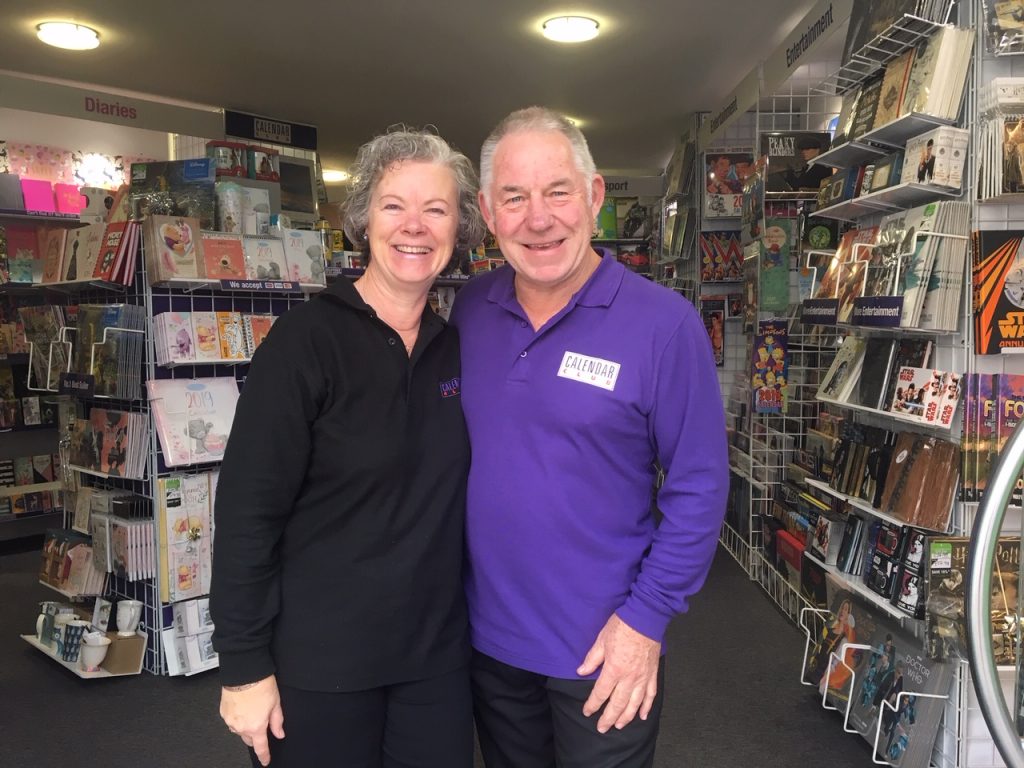 Sandra and Barry at their Lichfield Market Street shop, November 2018

A Successful Journey to Naturalisation

In the UK spring of 2010, we returned for a further six-months to ‘do’ the south.  By late 2010, we were so hooked on the waterways (admittedly Barry more so than Sandra!), we drafted a long-term plan to return and apply for Barry’s UK Spousal Sponsored Visa, so we could both stay longer than the maximum six-months on Barry’s ‘visitor’ visa. At the time the ‘rules’ for this were spectacularly different to our return.

After more planning than Barry dares to recall, we made it back in March 2013 to begin the tortuous visa process – and work on ways to sustain ourselves having jumped off the veritable hamster wheel of ‘normal’ working. That remains a work in progress!

The process for enabling Barry to stay in the UK was complex, costly, and involved three separate applications. On 18th June 2019, Barry finally received news his Set(M) application for Indefinite Leave to Remain in the UK had been successful. It took almost five months from the application in late January to the decision. 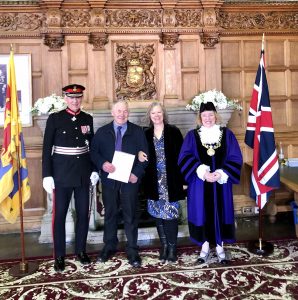 We subsequently applied for Barry’s British Citizenship by ‘Naturalisation’ and heard on 17th December 2019 this was successful. On 11th February 2020, he was proud as punch to be awarded his British Citizenship at a ceremony at Chester Town Hall. Read more about it here.

Barry and Sandra are determined to make their chosen ‘alternative’ lifestyle sustainable, whilst enjoying each other’s company, having plenty of adventures on and off NB Areandare, and spending quality time with family and friends.