We knew the rain was imminent today. And had prepared ourselves for the change. Luckily it turned out to be less persistent than expected.

There was no-one to be found anywhere to pay for our overnight Marina mooring, so we had no choice but to dispose of our rubbish, fill up with water, and cast off regardless. I chose to cruise out of Strasbourg driving on the roof rather than inside initially, as the visibility felt better. And the rain had abated for a while. We loved looking st the amazing variety of large floating homes moored along the canal as we left. They look as though they haven’t moved for a long time. Some even had small swimming pools on top! No more near misses with cruise ships – just a rather large barge appearing around corner to pass. Without incident. 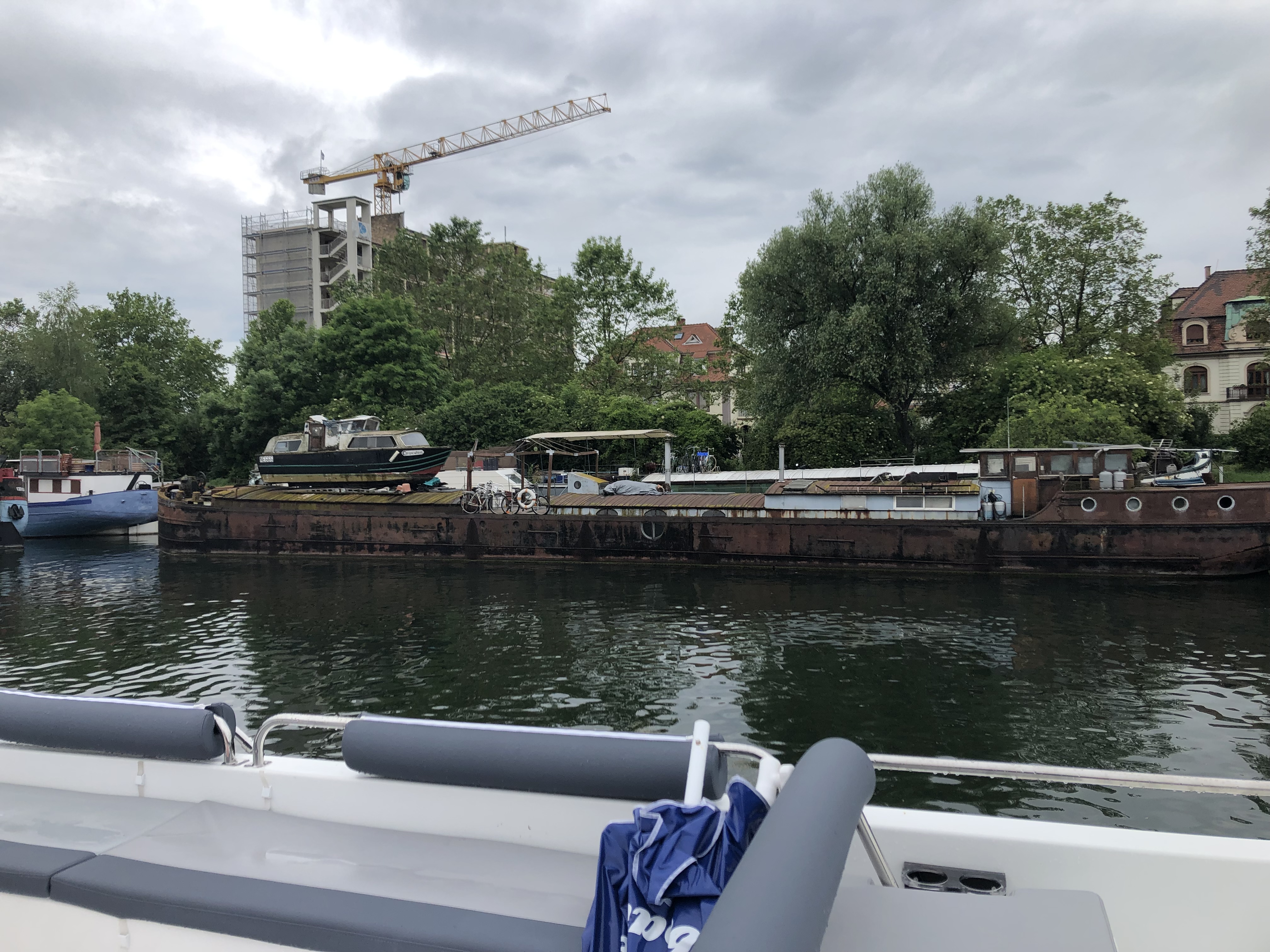 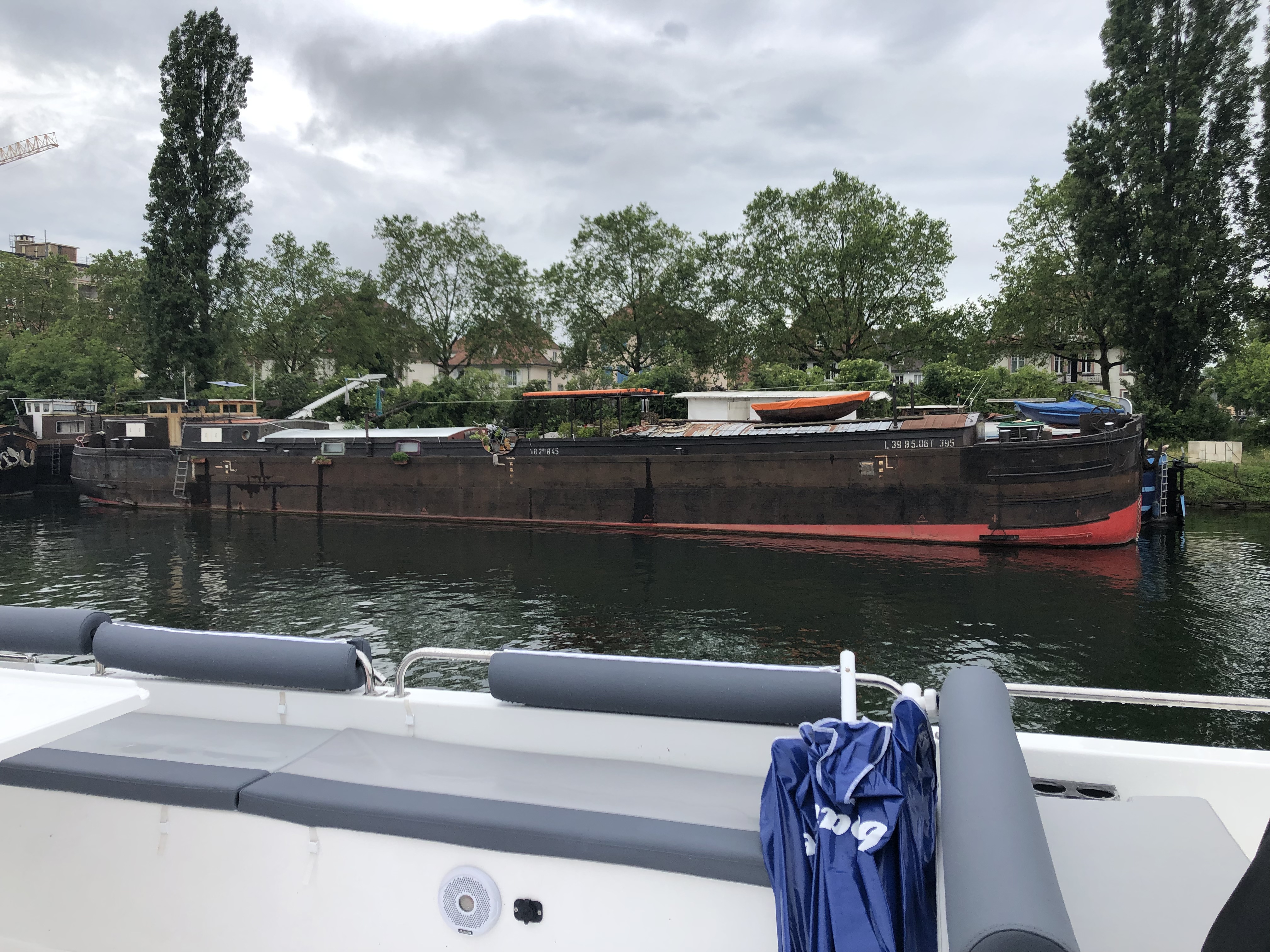 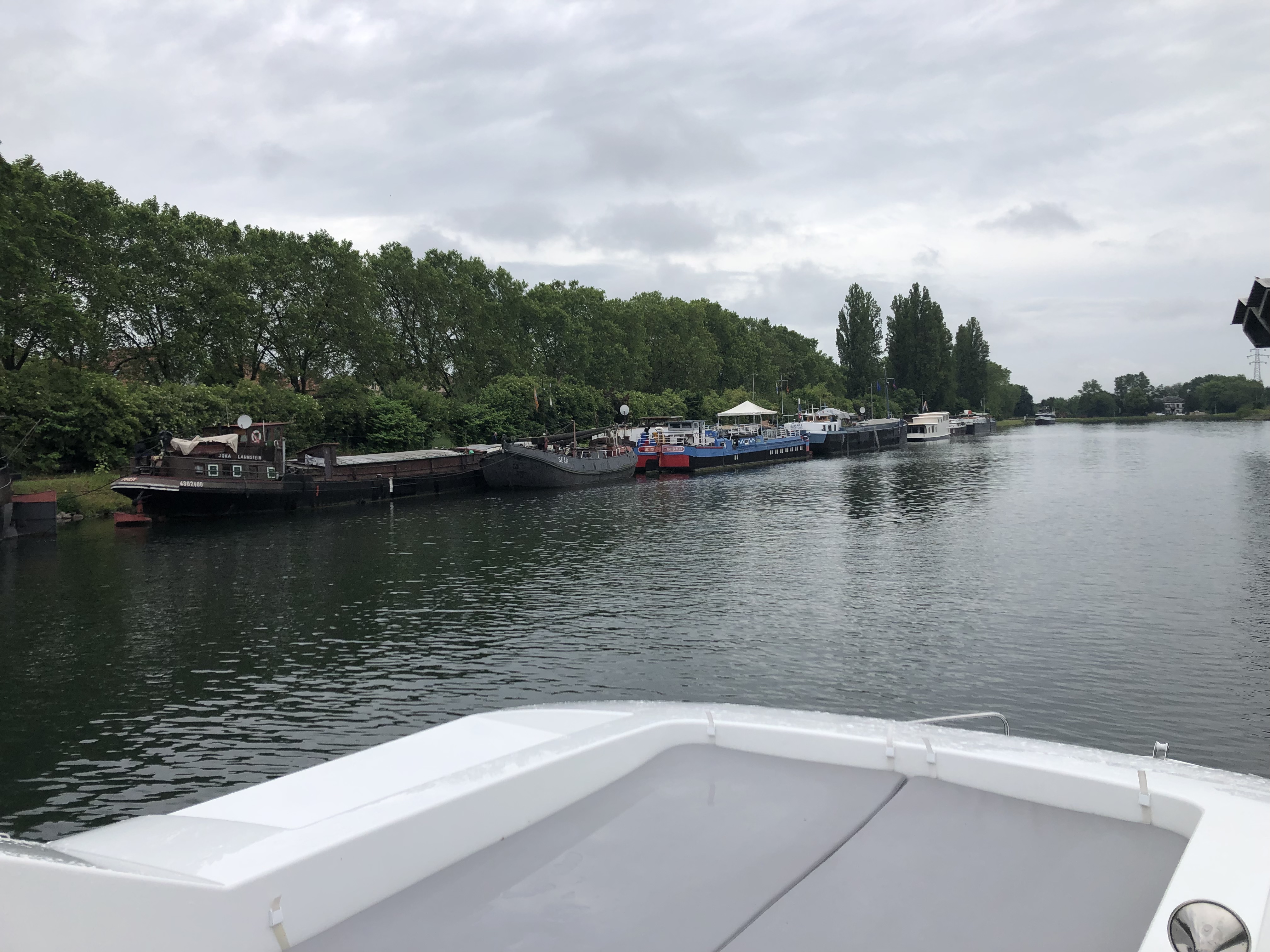 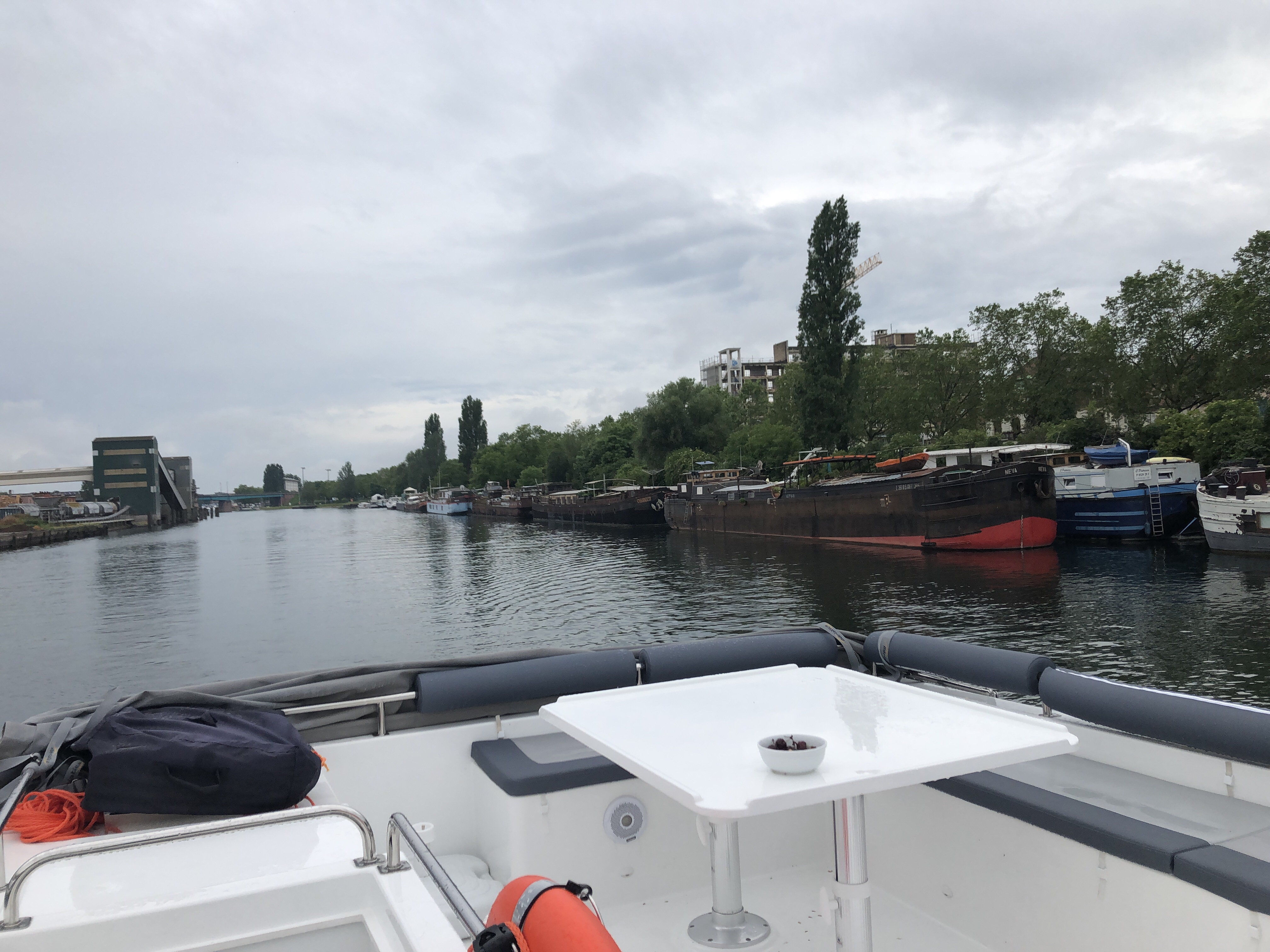 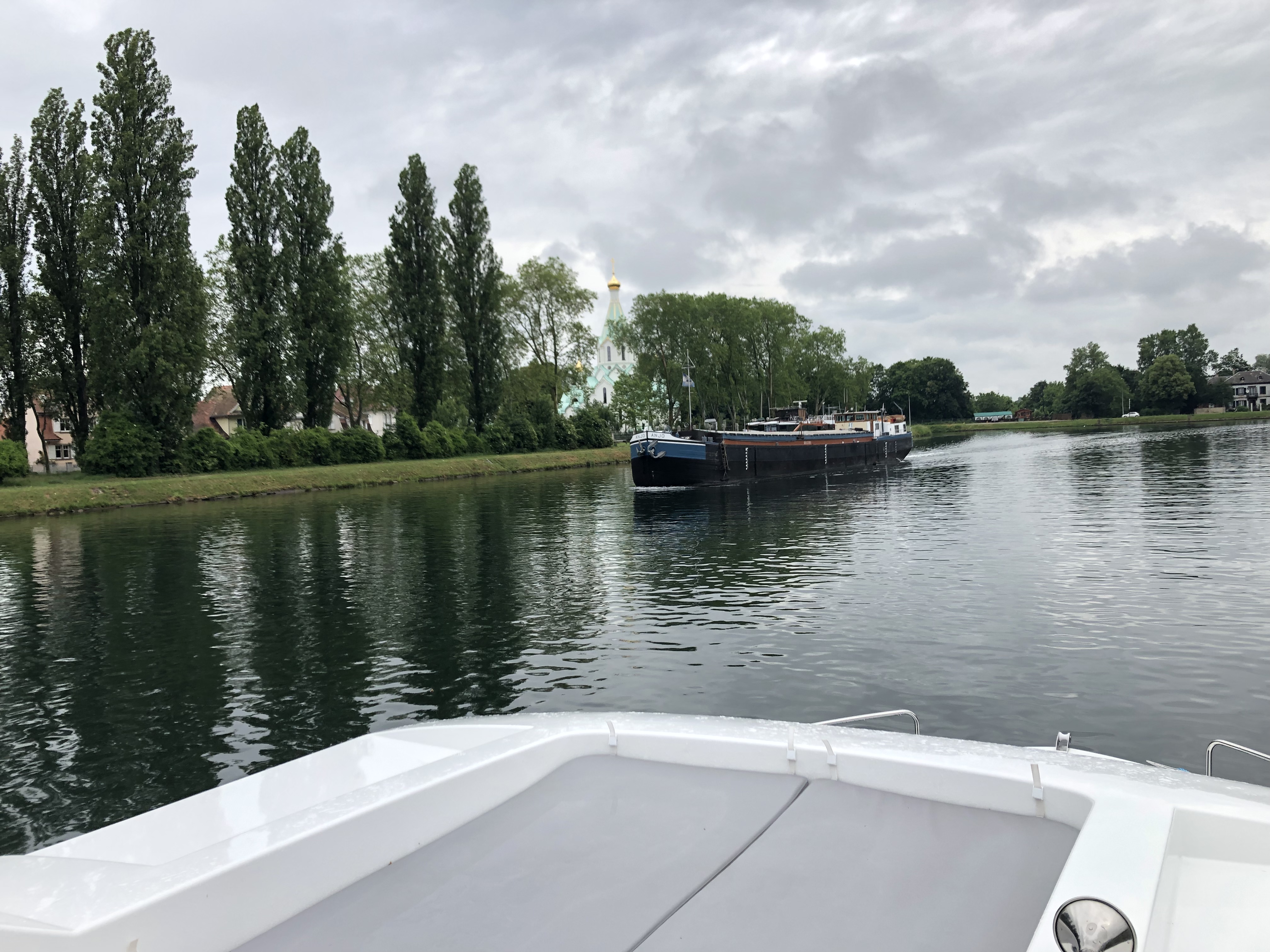 Once we’d left the city, and cruised past the European Parliament buildings (rather impressive but no photos from me, too busy focussing!), it was a day of gentle cruising, watching the surroundings, and not really knowing where we’d stop or what we’d find. After an hour or so I saw a field with a strip of poppies which looked magnificent. So we pulled over, tied up as well as we could (we’re sensing a distinct lack of mooring rings anywhere here so far), and set off on our bikes to explore and take photos. 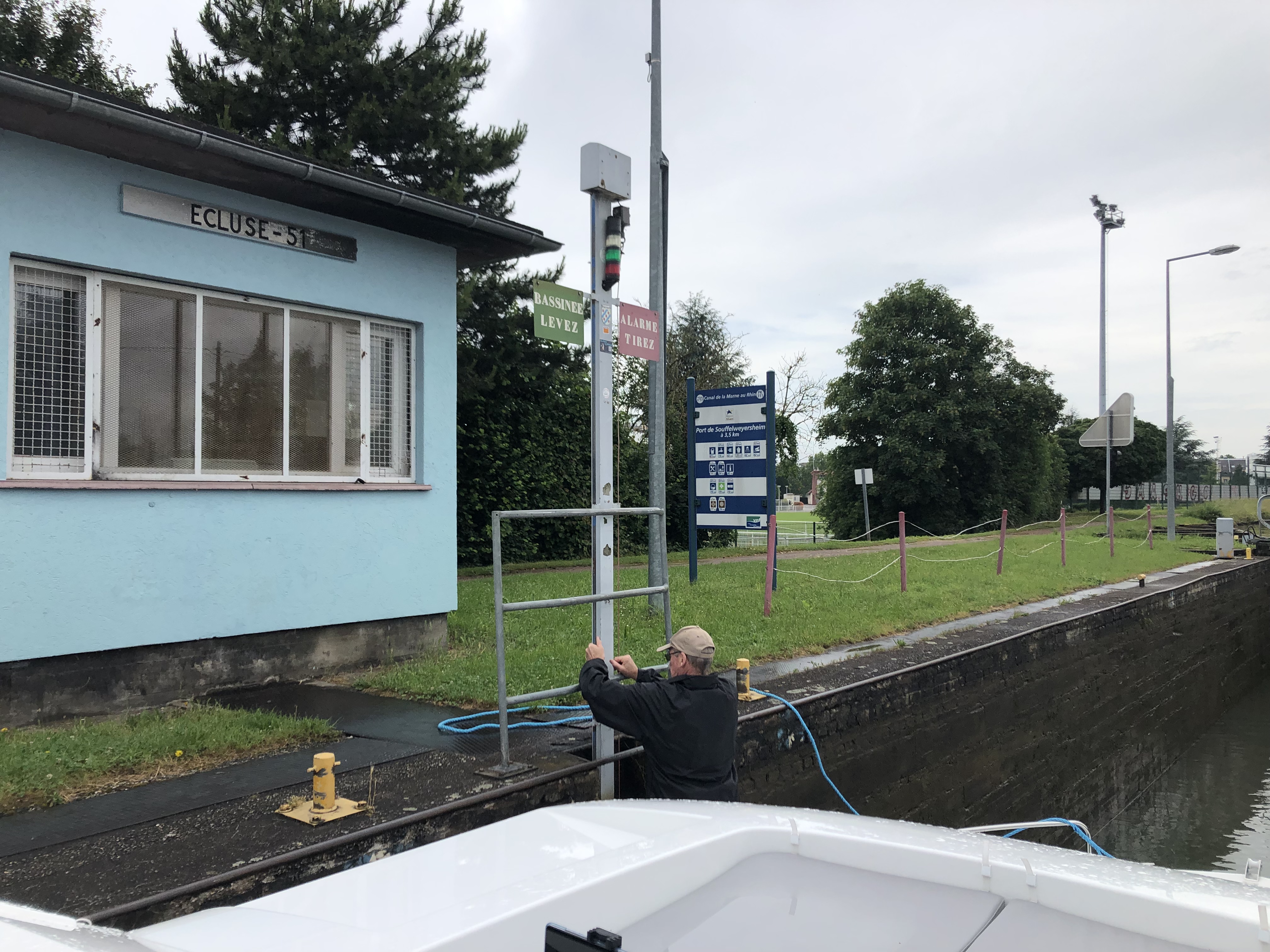 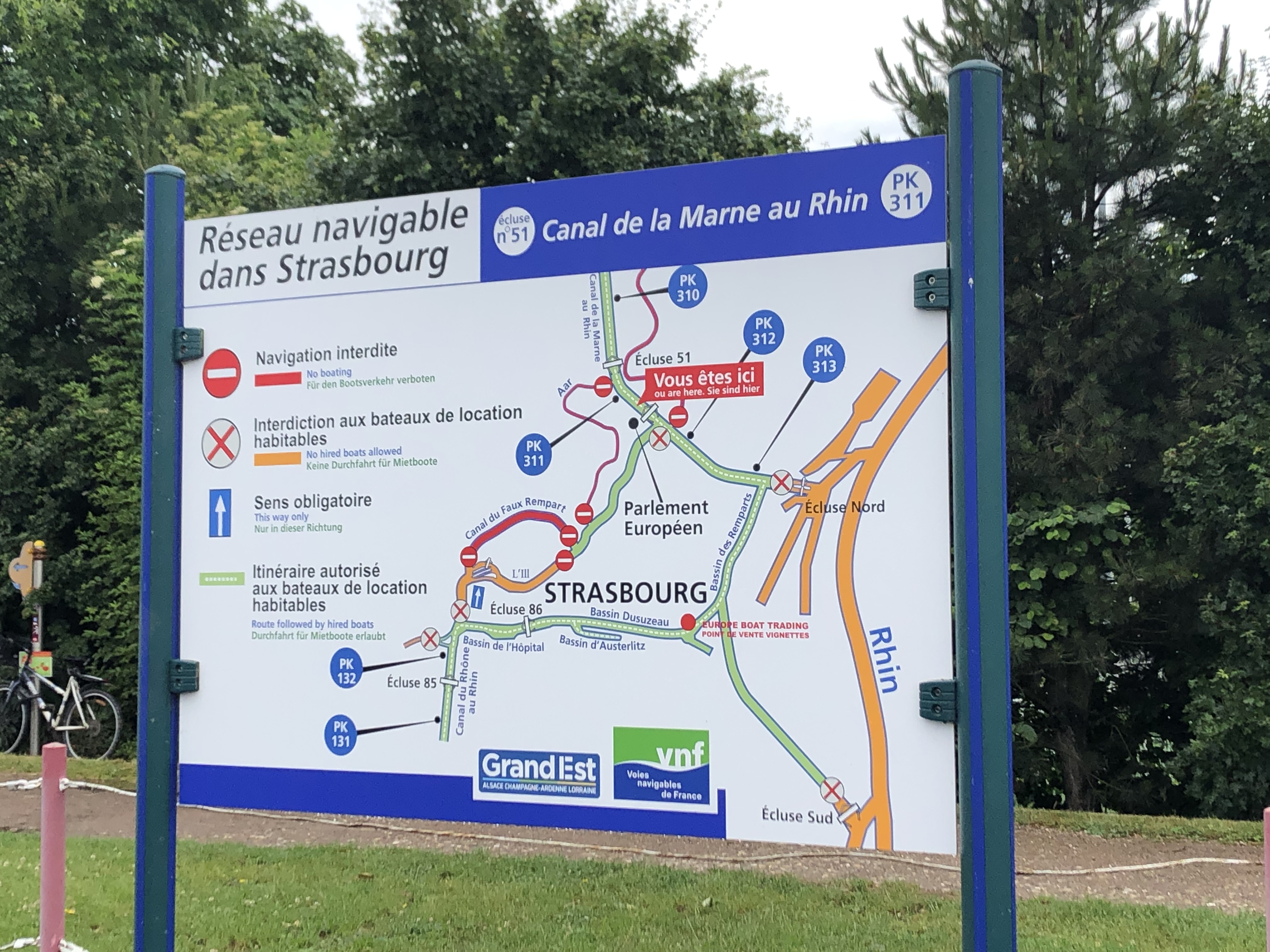 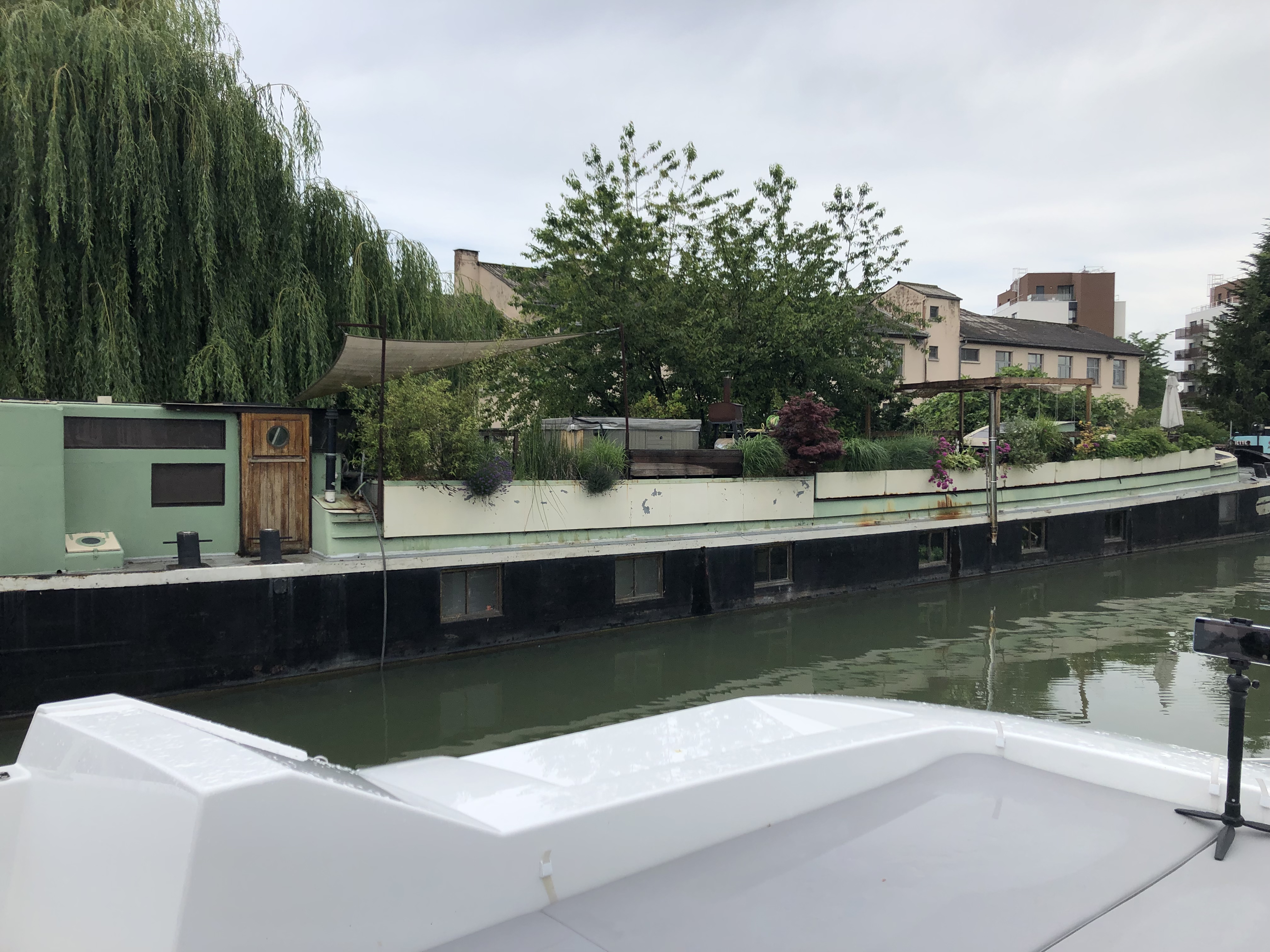 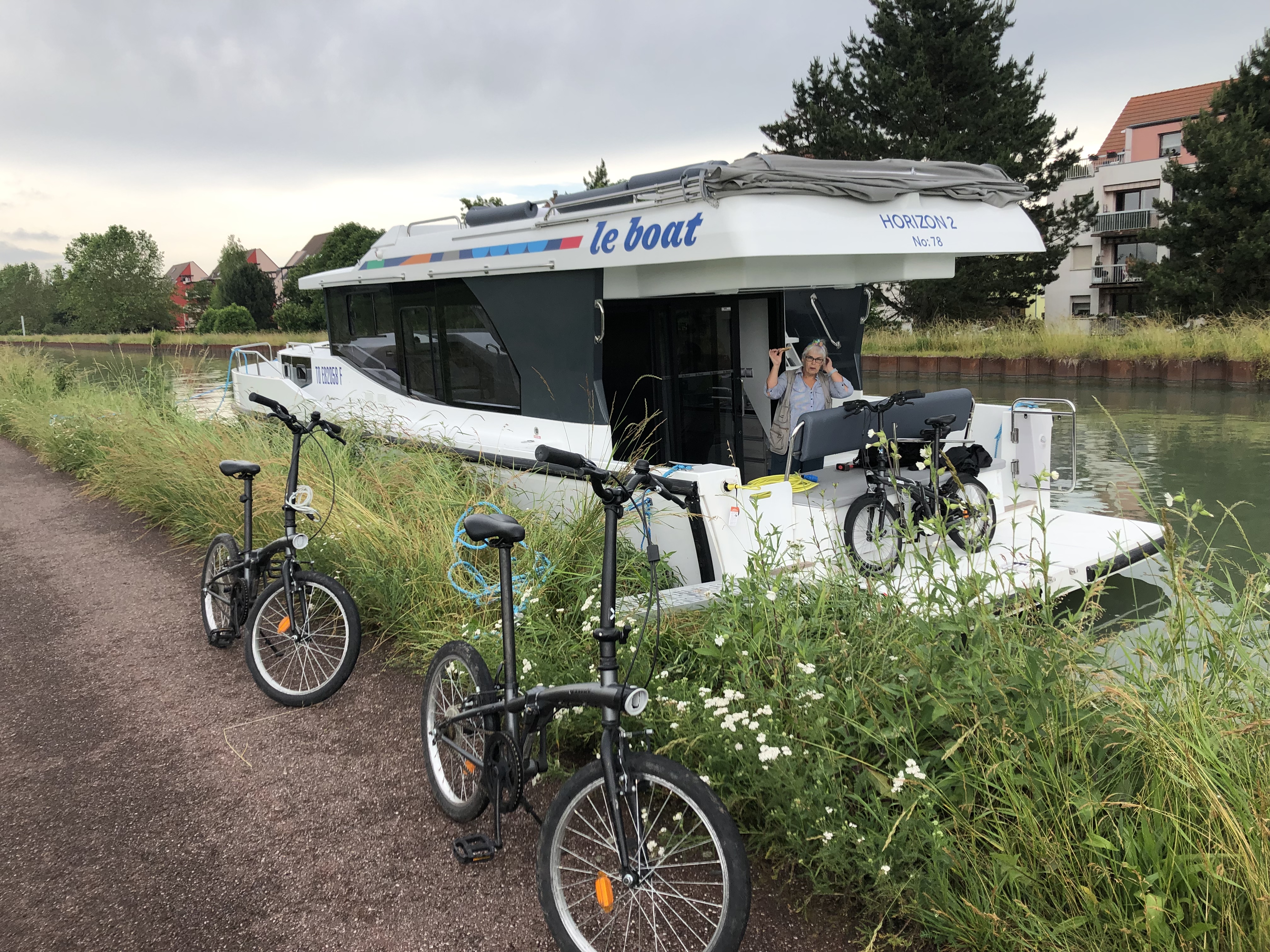 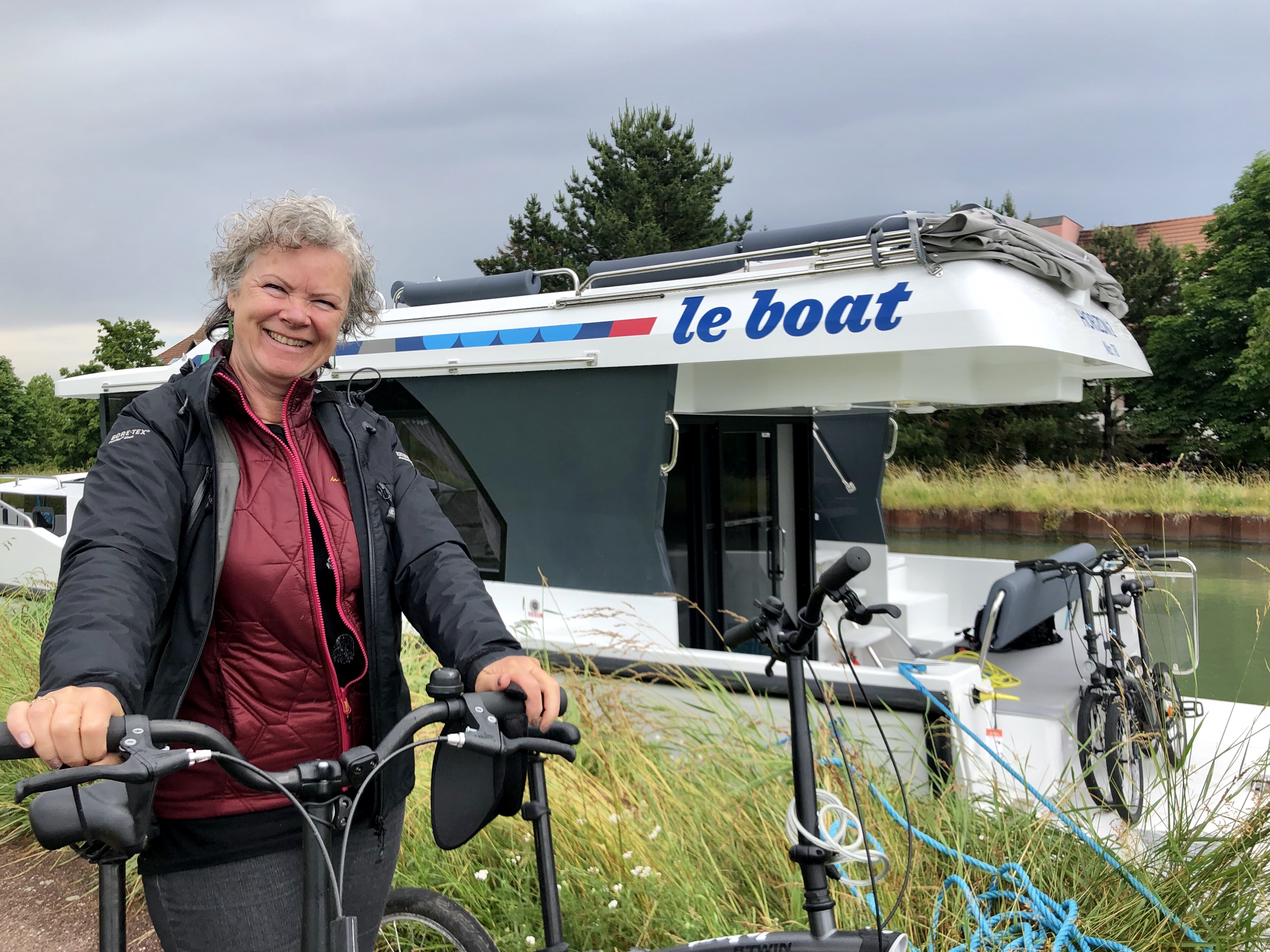 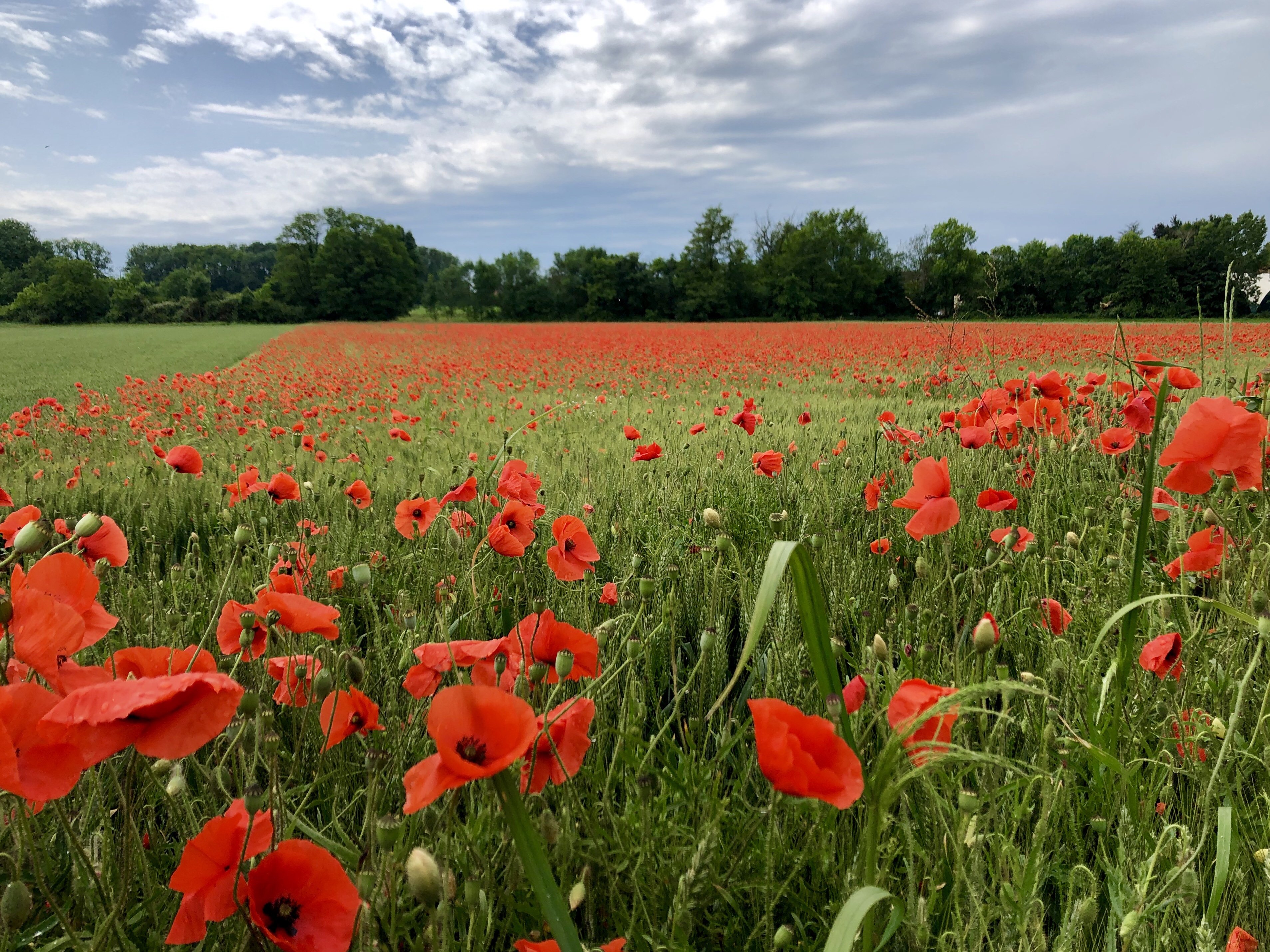 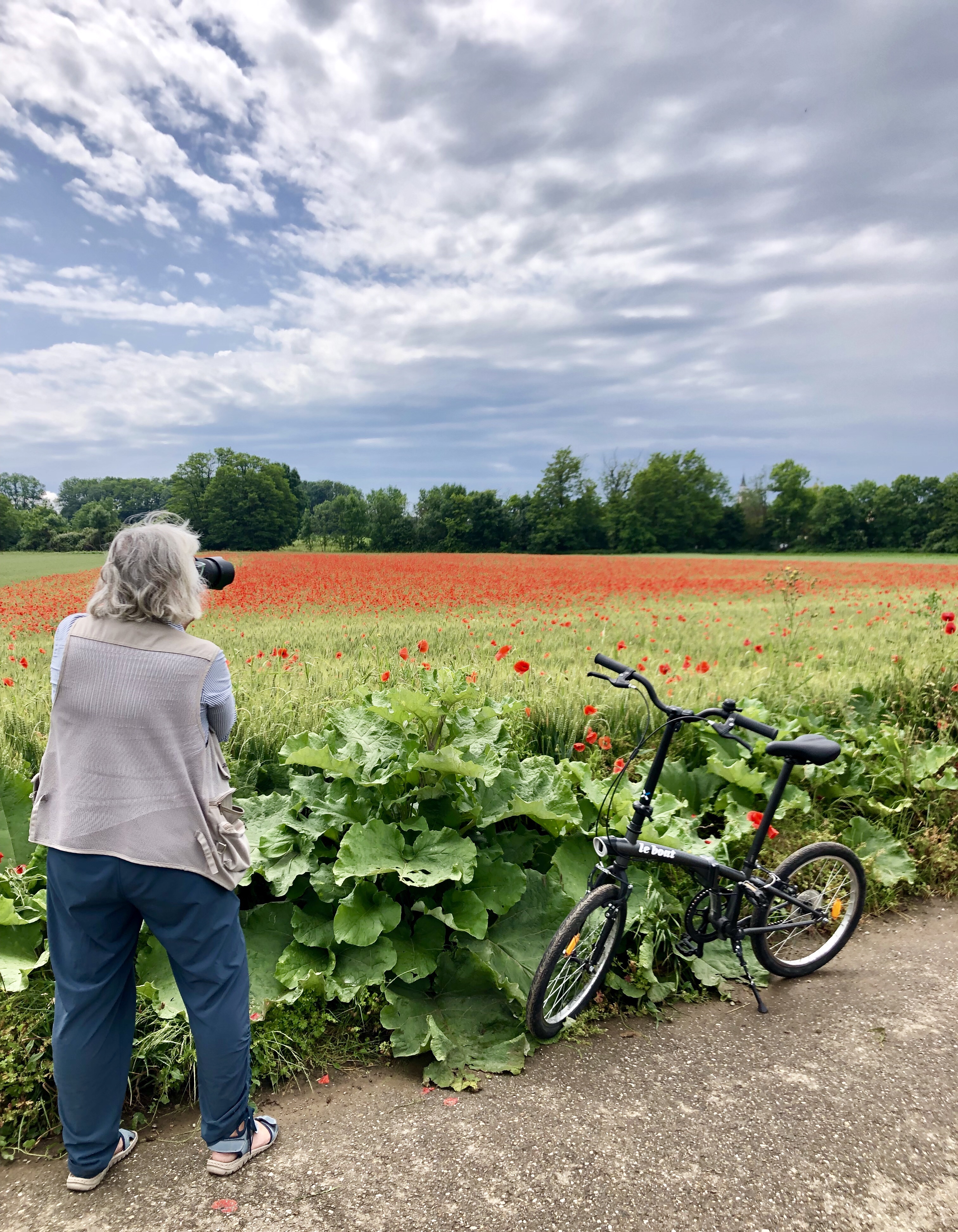 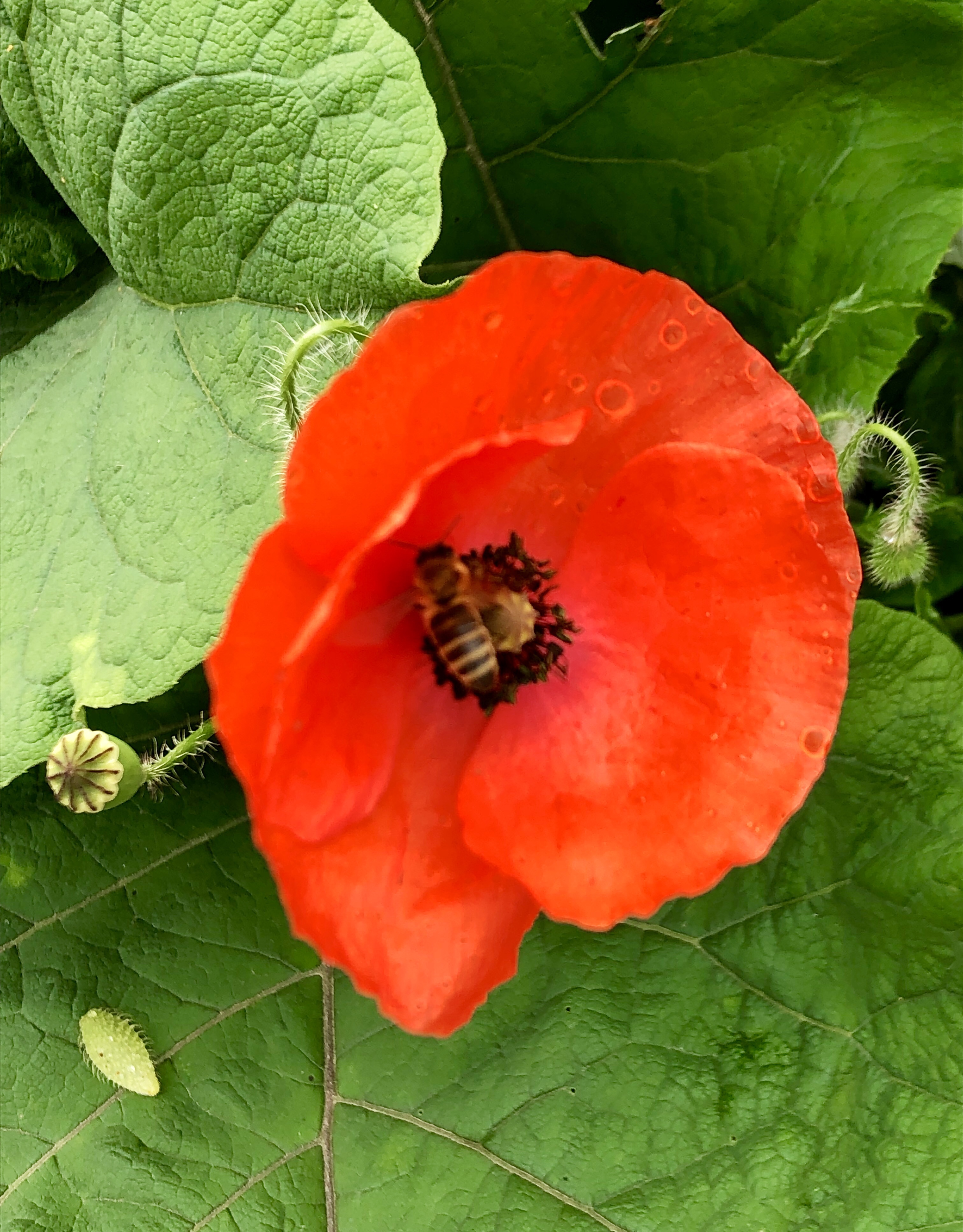 Kerry and I were mesmerised by the beauty of nature. We snapped away listening to the Sound of a cuckoo calling and the gentle hum of hundreds of bees also loving these scarlet beauties.

Barry would’ve been skipping around like a teenager in his element if he’d been ‘allowed’ to be with us. One of his classic pictures from our travels in 2009 is of a field of wheat and a single poppy. Someone, I’m not sure who, has the framed print in New Zealand.

Another noise we’ve heard over the past couple of days is frogs. I think it’s a mating call. I recall there was such a frog at the pond outside the Boardroom at Tairawhiti Hospital in Gisborne. I tried to discover what species of frog it is, but failed. I did find this interesting article though – https://www.telegraph.co.uk/news/2016/06/10/french-frogs-noisy-love-making-ruled-a-public-disturbance-in-row/

We’ve been extremely thankful that we stocked up at the hire boat base. There haven’t been any nearby supermarkets since then, and all we have for transporting shopping is the bikes – none of which have baskets despite Kerry specifically requesting them.

The rain came as promised, and much of the driving has been done indoors. I’d been rather nervous about visibility there, but in actuality it was perfectly fine. I forget what amused me in the photo below … 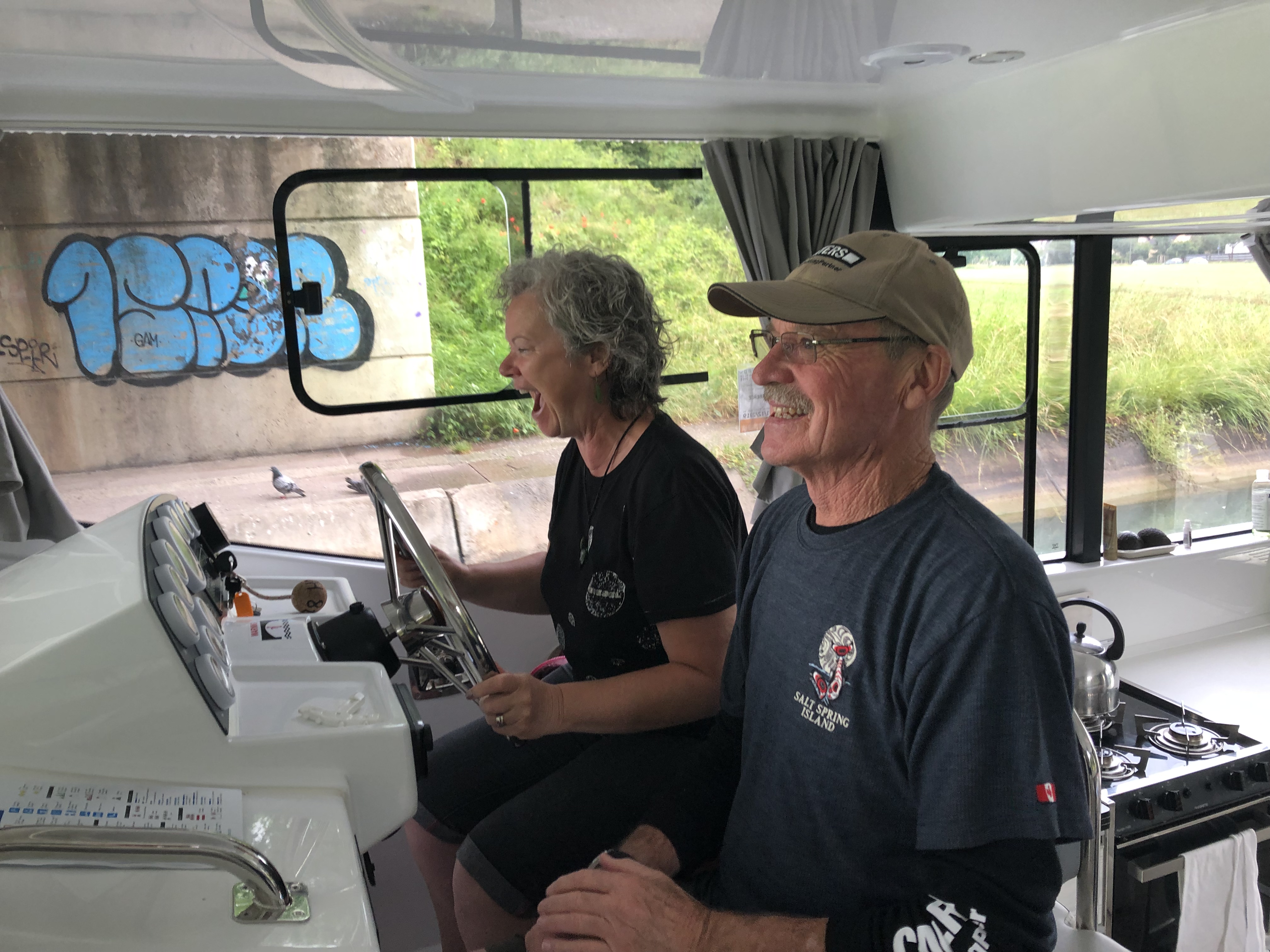 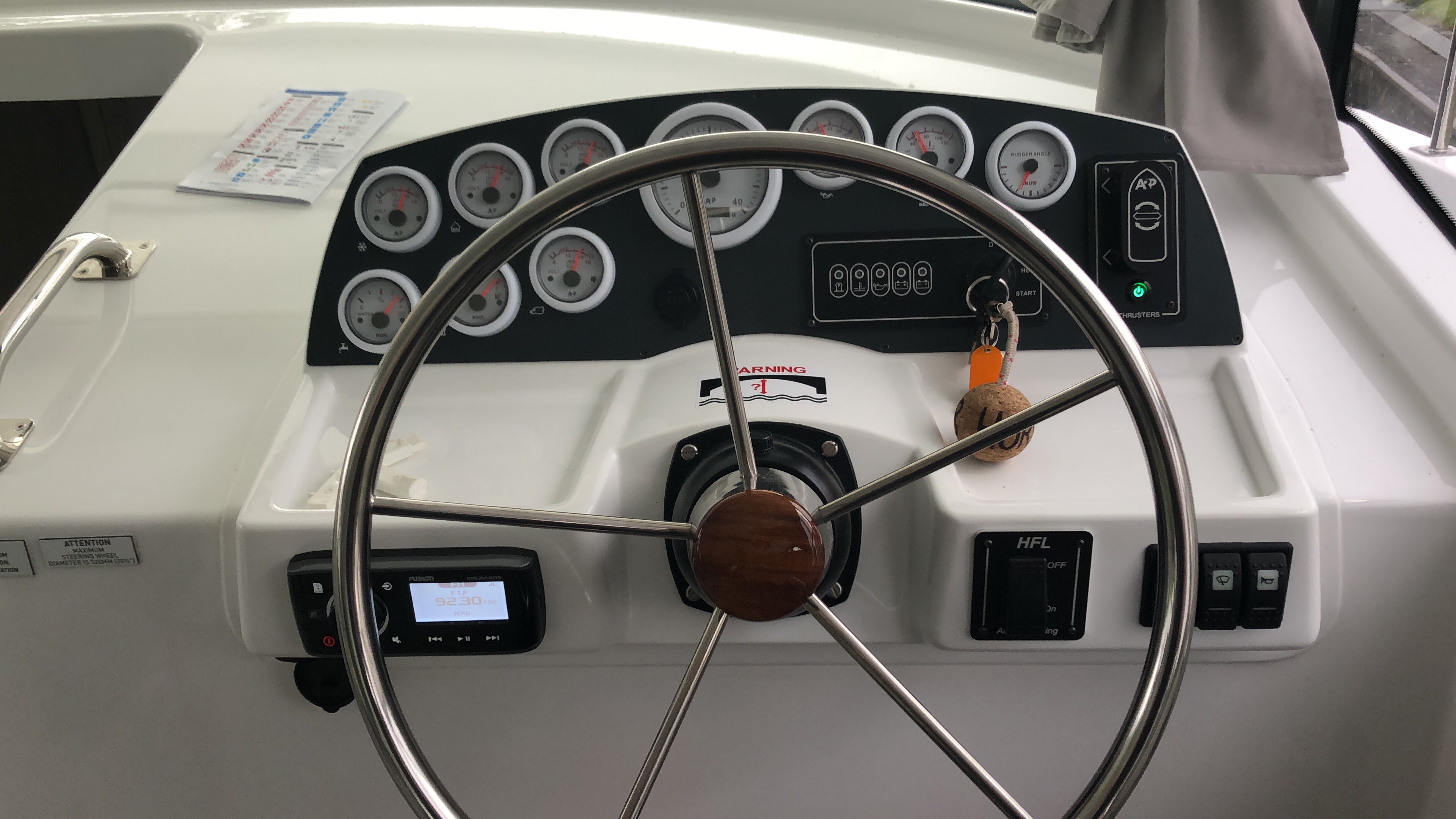 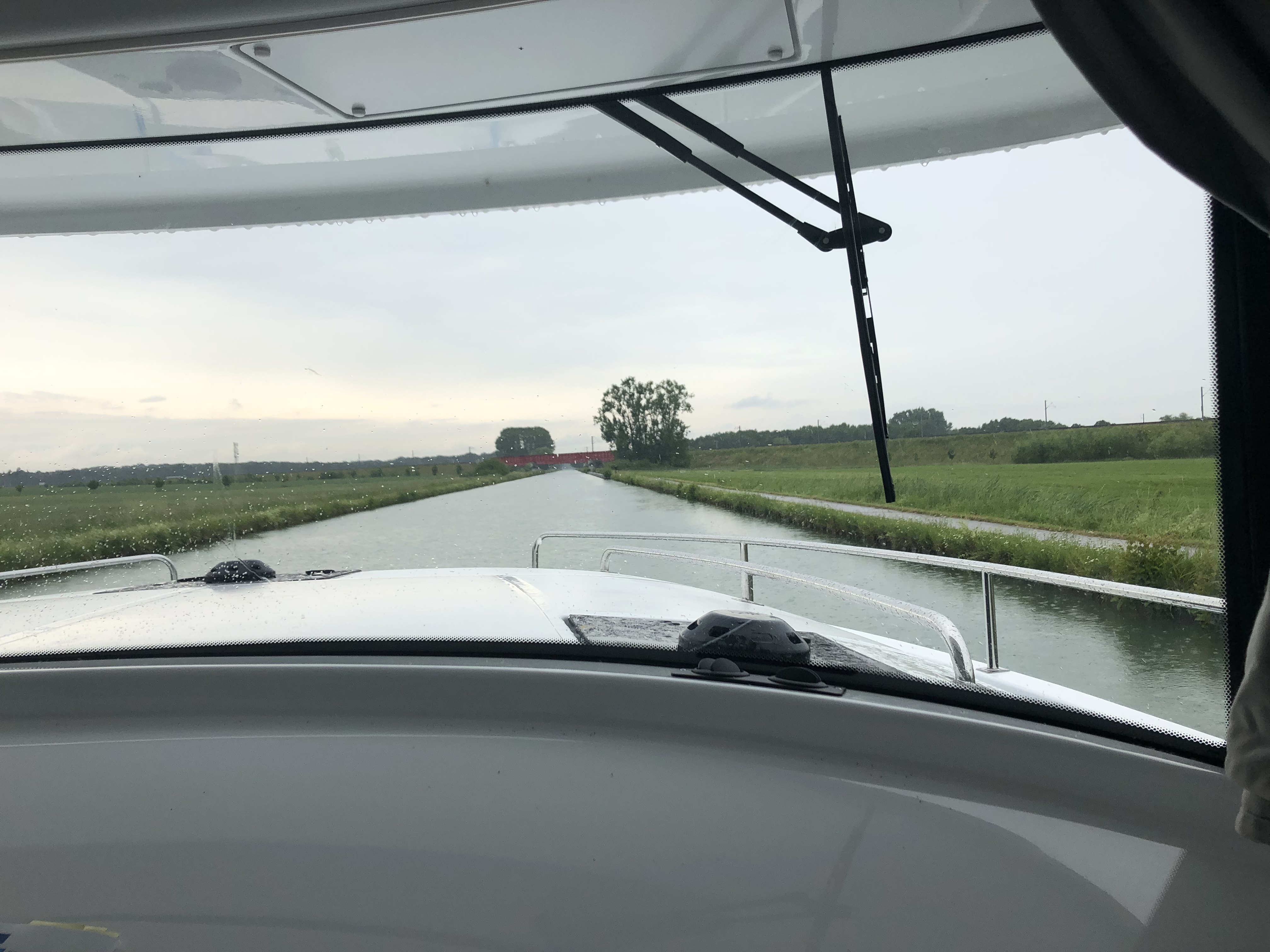 This afternoon we moored up, with pins, and cycled a few kilometres to Brumath. We’d wanted to find the Château there, promoted in the Alsace Lorraine booklet. To no avail. It’s not marked on their map or any others. Ah well. It was another picturesque place with a good grocery store so sufficed. We felt we deserved a beer at the bar before we left. The fun-loving locals there treated us to a few renditions by a couple of French singers. Eddy Mitchell and Michel Sardou I think. It was sublime. There was a bit of dancing involved. Though not by us unfortunately! 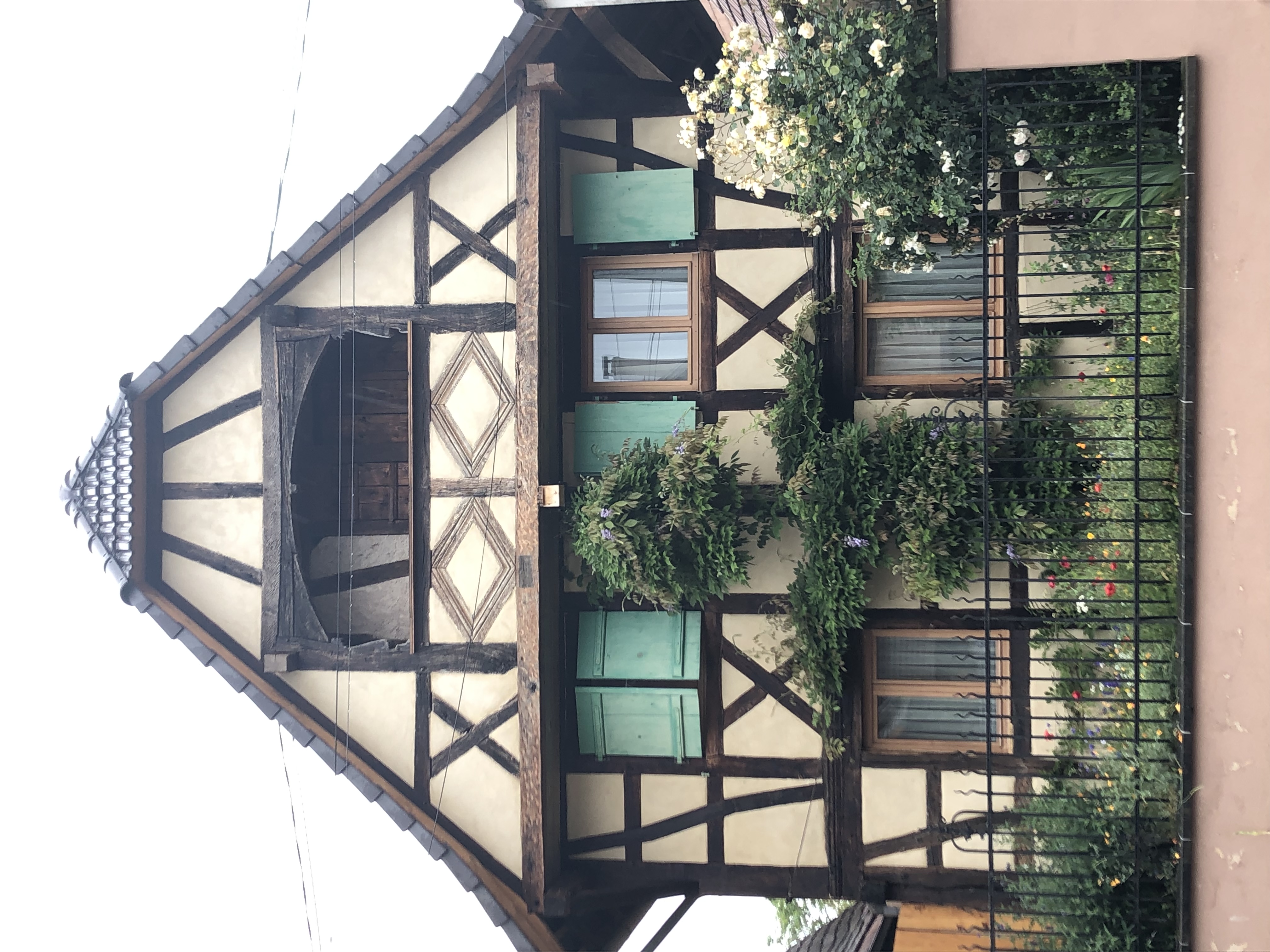 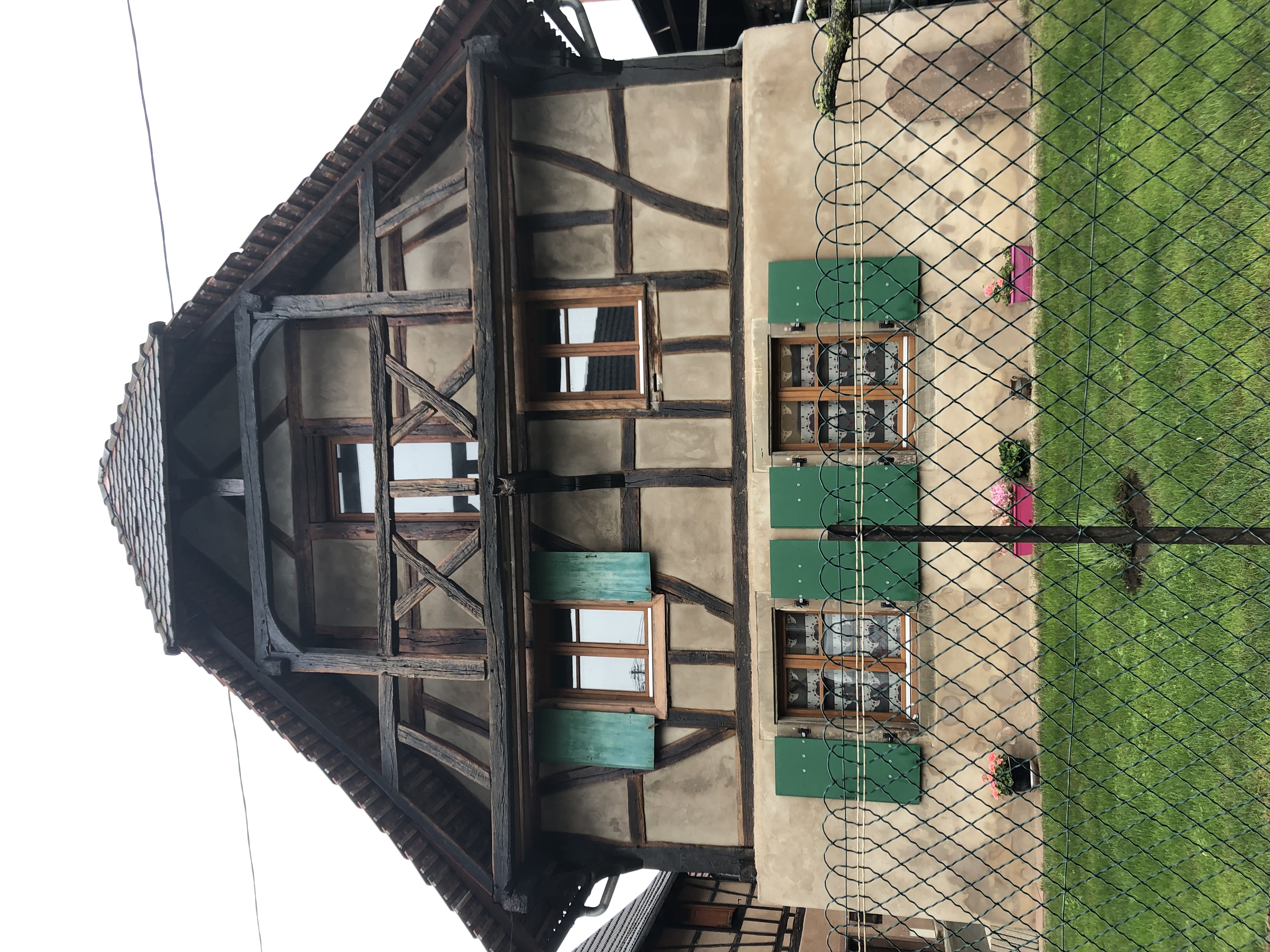 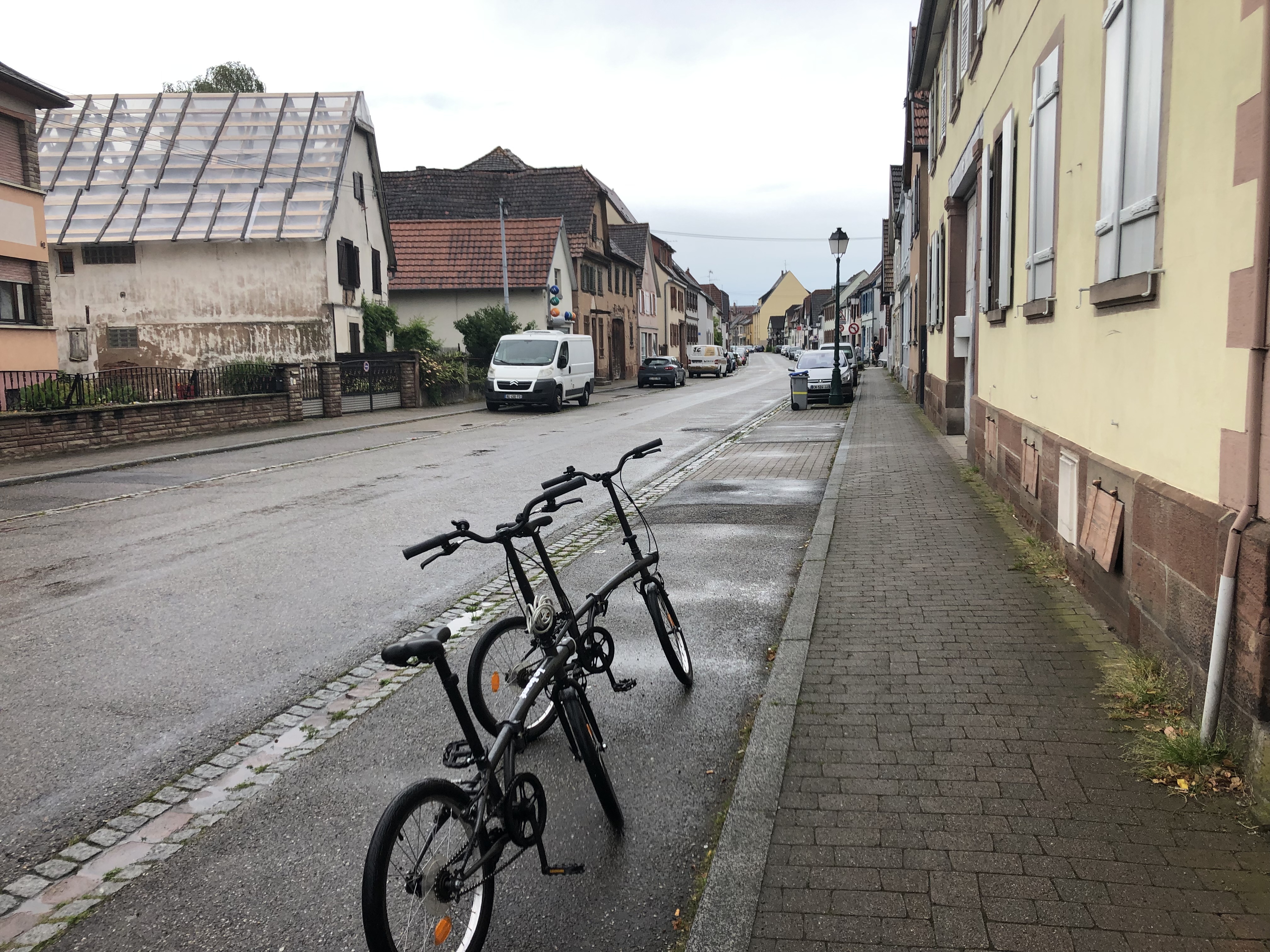 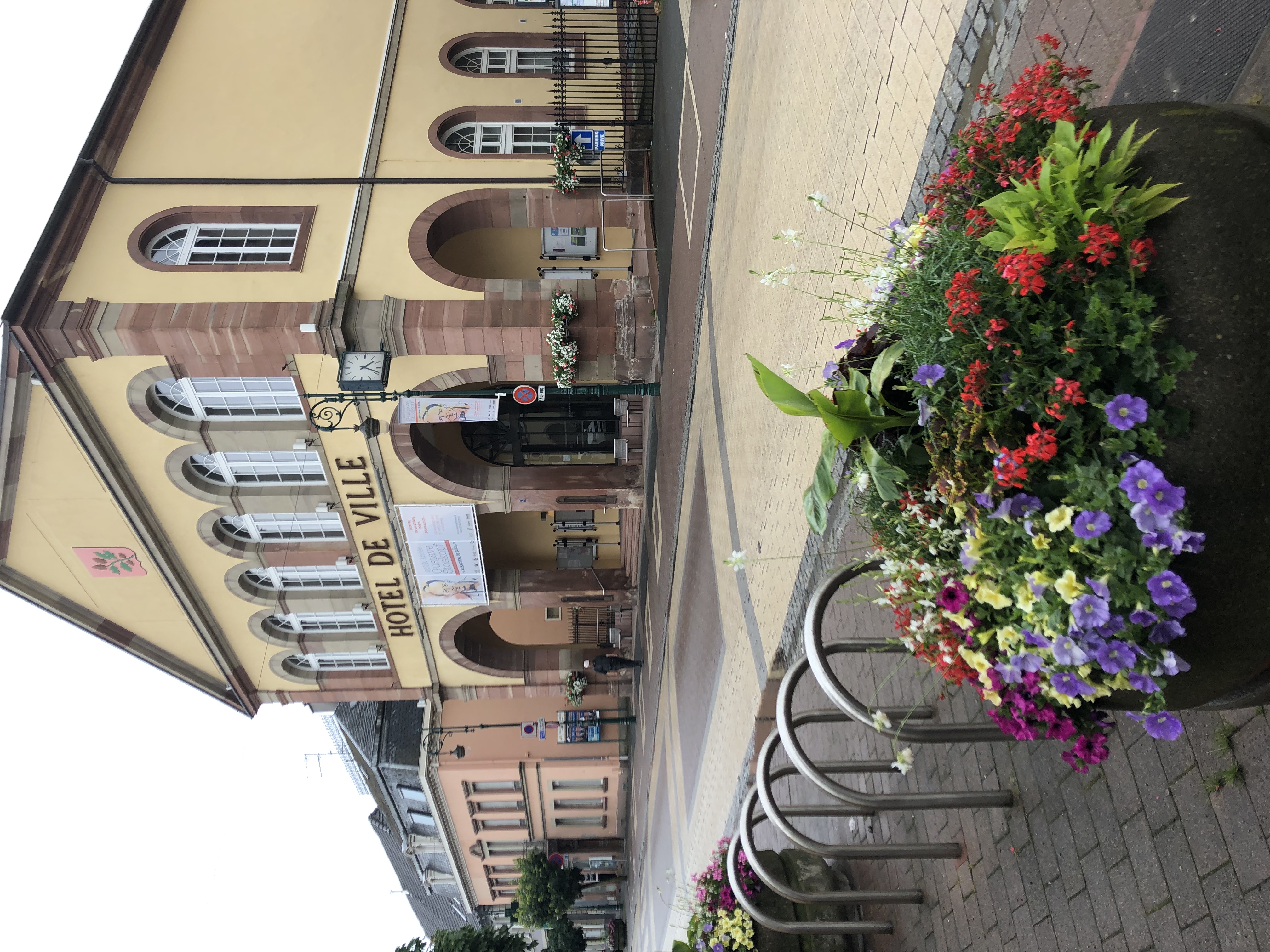 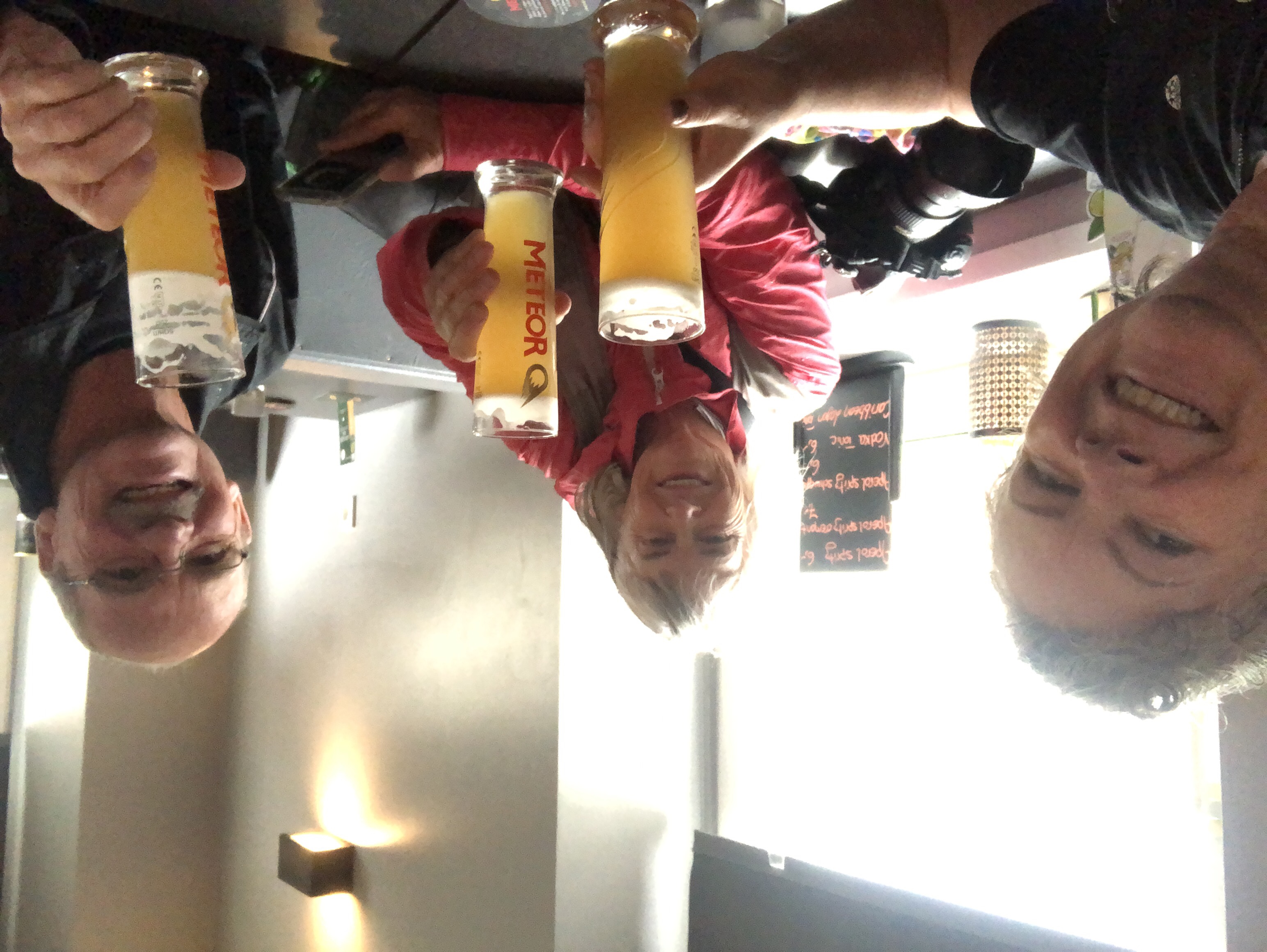 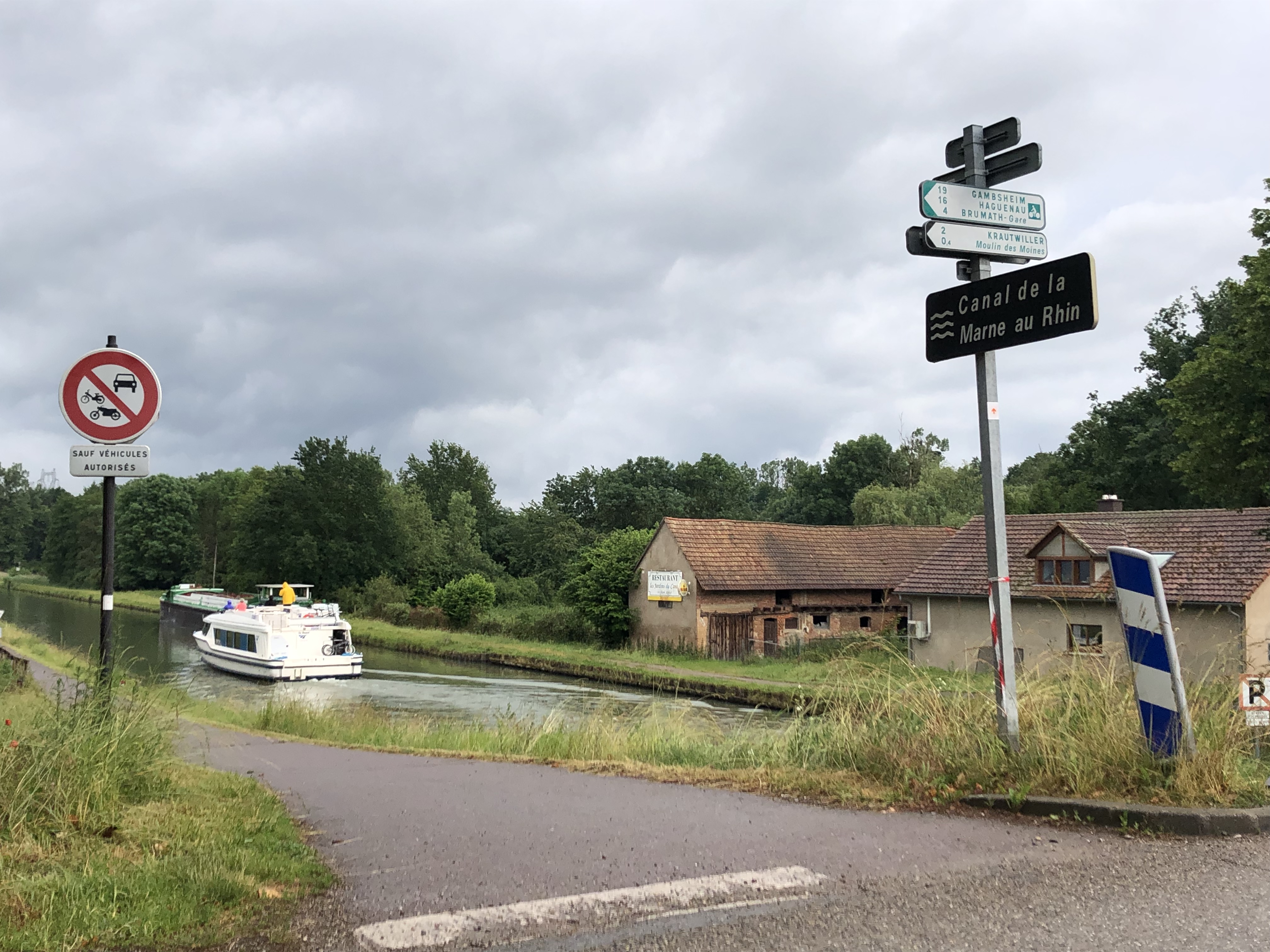 We had a slight hiccup returning to the boat as one of the mooring pins had been pulled. Whether they weren’t pegged in deeply enough (stony ground), or a boat went past too fast (most likely I my experience) which caused it to happen, is anyone’s guess. Luckily one pin held on – no such luck for the mooring ladder of which no trace was found. We’ll be far more cautious where we moor in future. 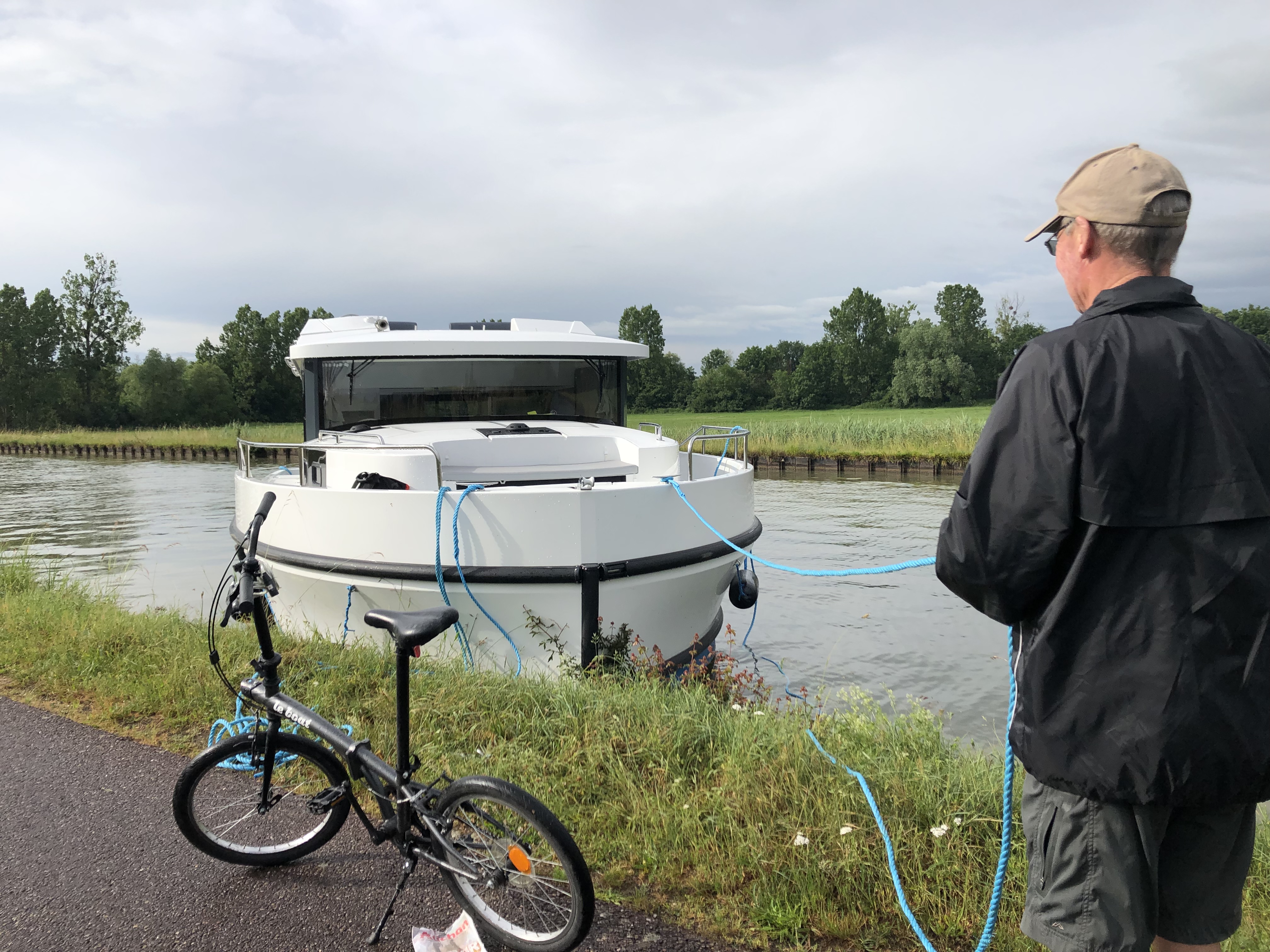 Consequently we moved a little further down the canal to where it was marked to moor (it was also marked where we moored but nothing to tie to!), and found one bollard. We tied the front to that and double pinned at the back. Fingers crossed we stay put overnight!

Still No News So Alternative Arrangements Made

Poor Barry left in England while we have all these adventures without him. We’re FaceTiming him each day so he gets to experience a bit of it. Though in a way it feels like we’re making it worse!

He phoned the solicitor today but got no response. Because a long time friend of his from Southampton is keen to go and spend a few days with him. And they wanted to book train tickets but waited till this afternoon. Just in case. Because one day we HAVE to hear something!!! Surely?

He booked the tickets. So thankfully tomorrow afternoon he’ll have some very jovial company on board to cheer him up.