What a day! Wonderful mostly. I think I’ve aged ten years, but simultaneously feel energised by the amazing new experiences we’ve had.

We all slept like logs last night. Kerry and I had stayed up late star and satellite gazing from the roof of the boat. It’s likely we won’t get the chance again till mid week due to the change in weather.

This area of France is adjacent to Germany, and at times it’s hard to know which country you’re in. The architecture is breathtakingly beautiful. Like living in a Hansel and Gretel story book. 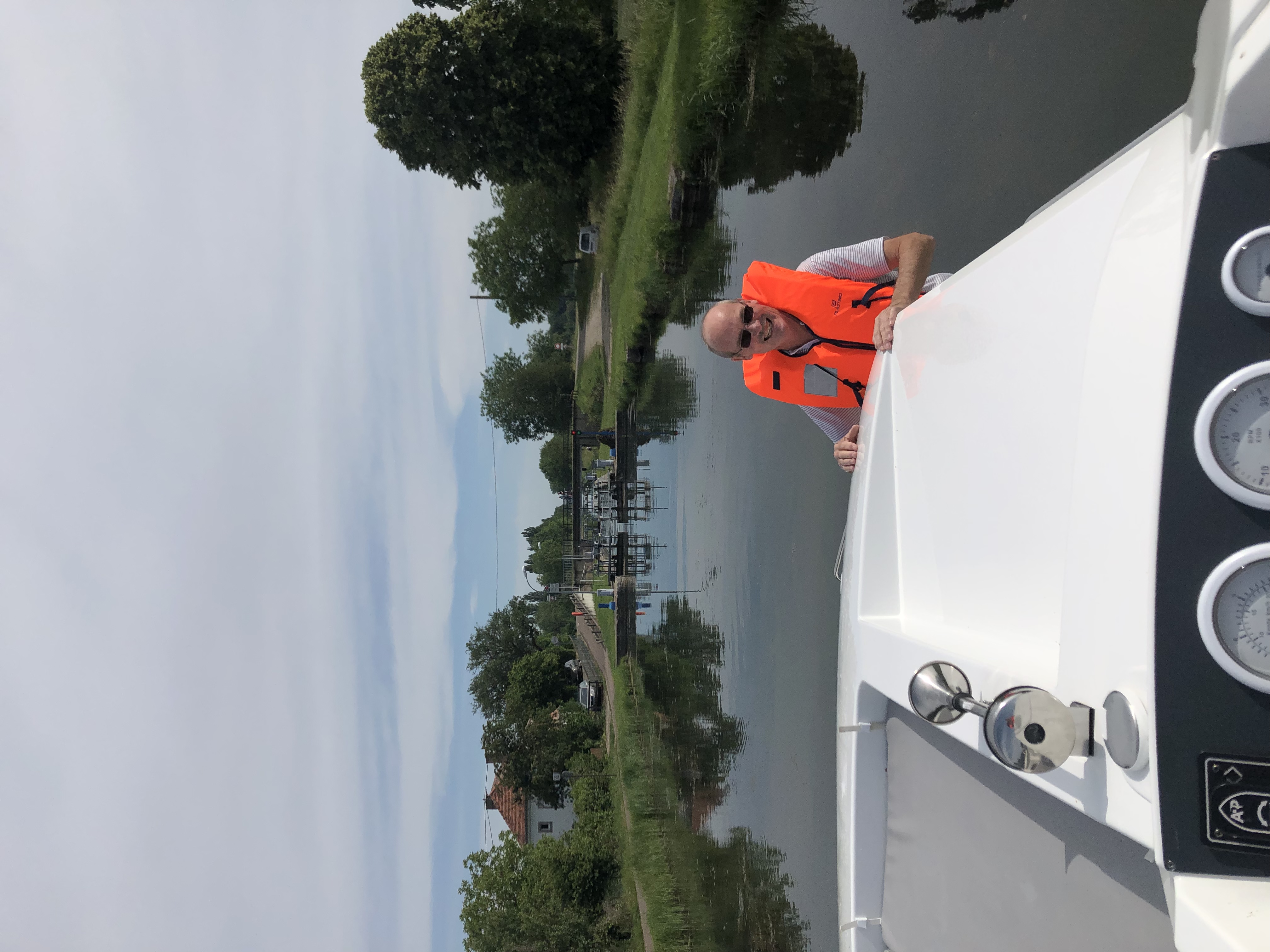 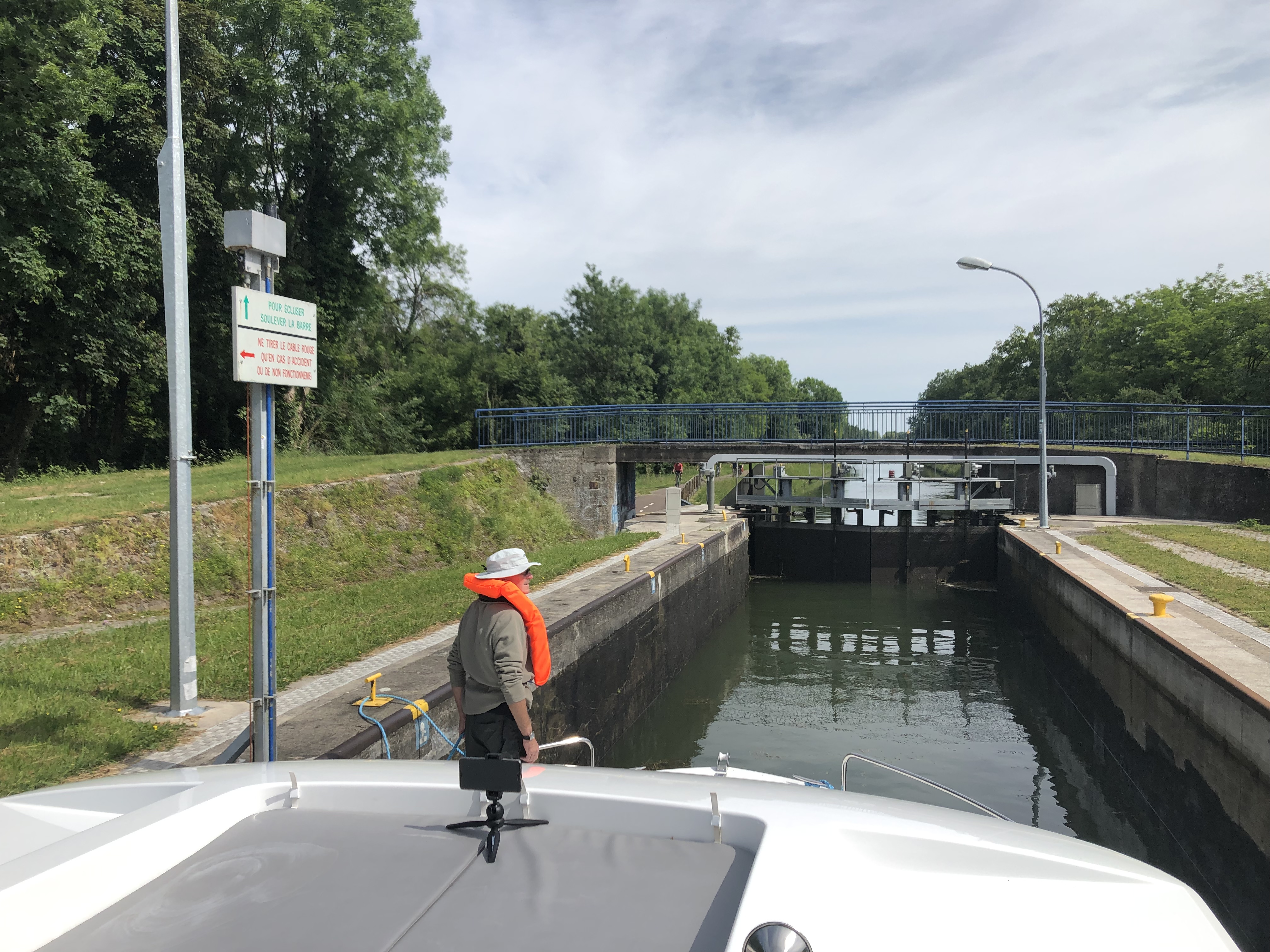 Kerry and Tony hired bikes with the boat and we’ve made good use of them.

This morning we moved a few kilometres (when in France…), through poplar tree lined corridors, then moored up (with difficulty I might add) and had lunch. Afterwards we cycled around a small settlement called Plobsheim. Far prettier than it sounds! 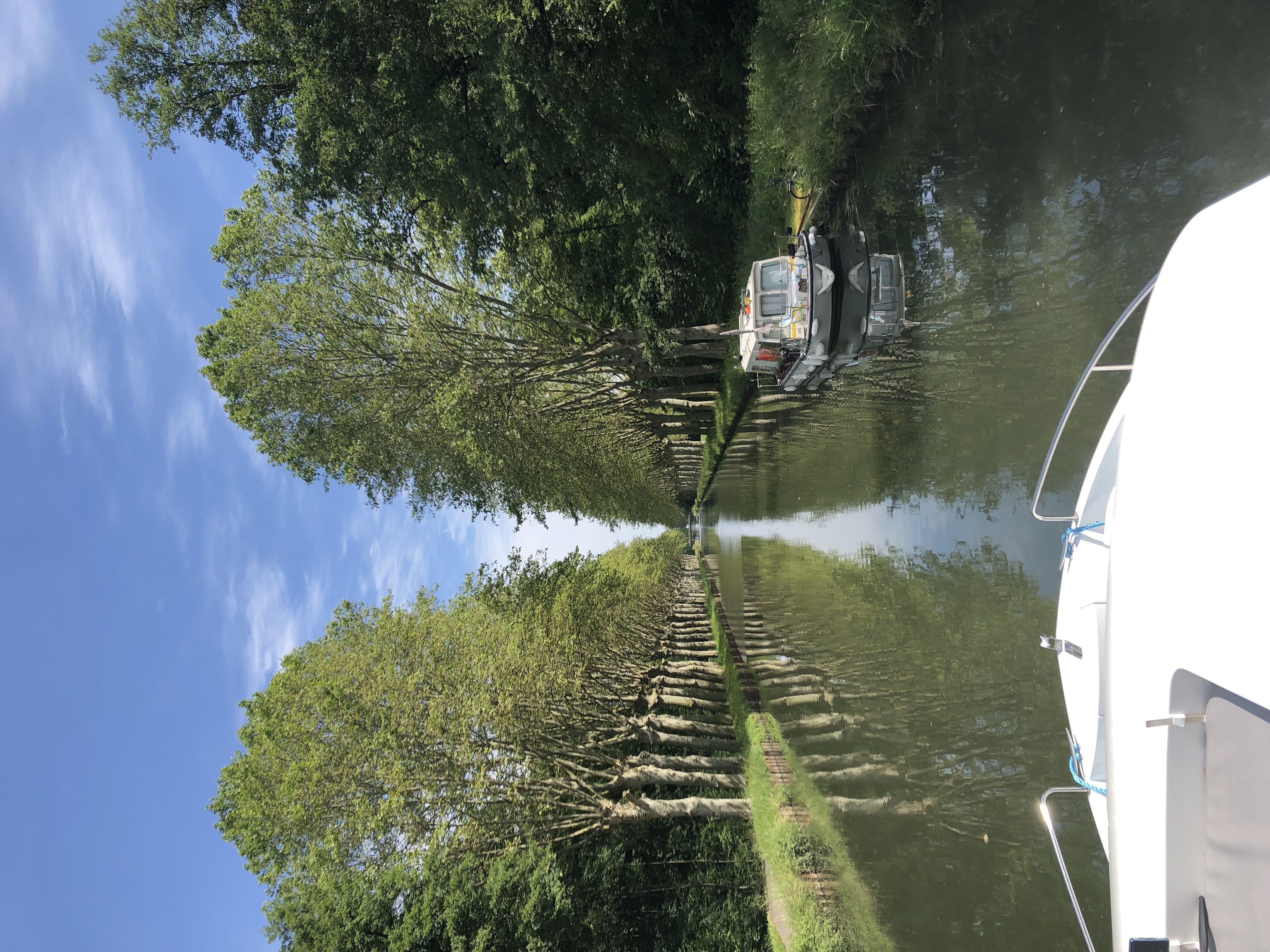 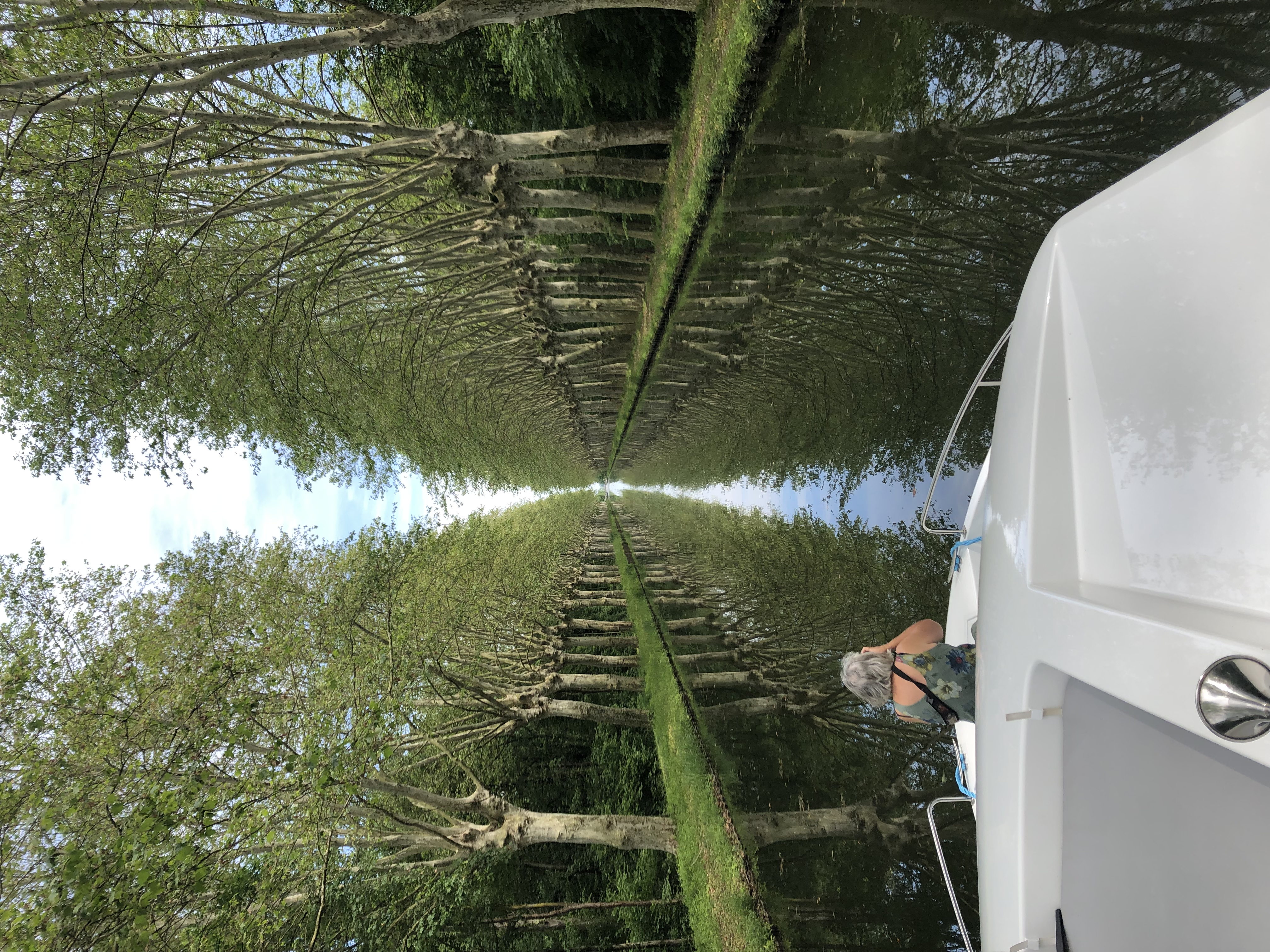 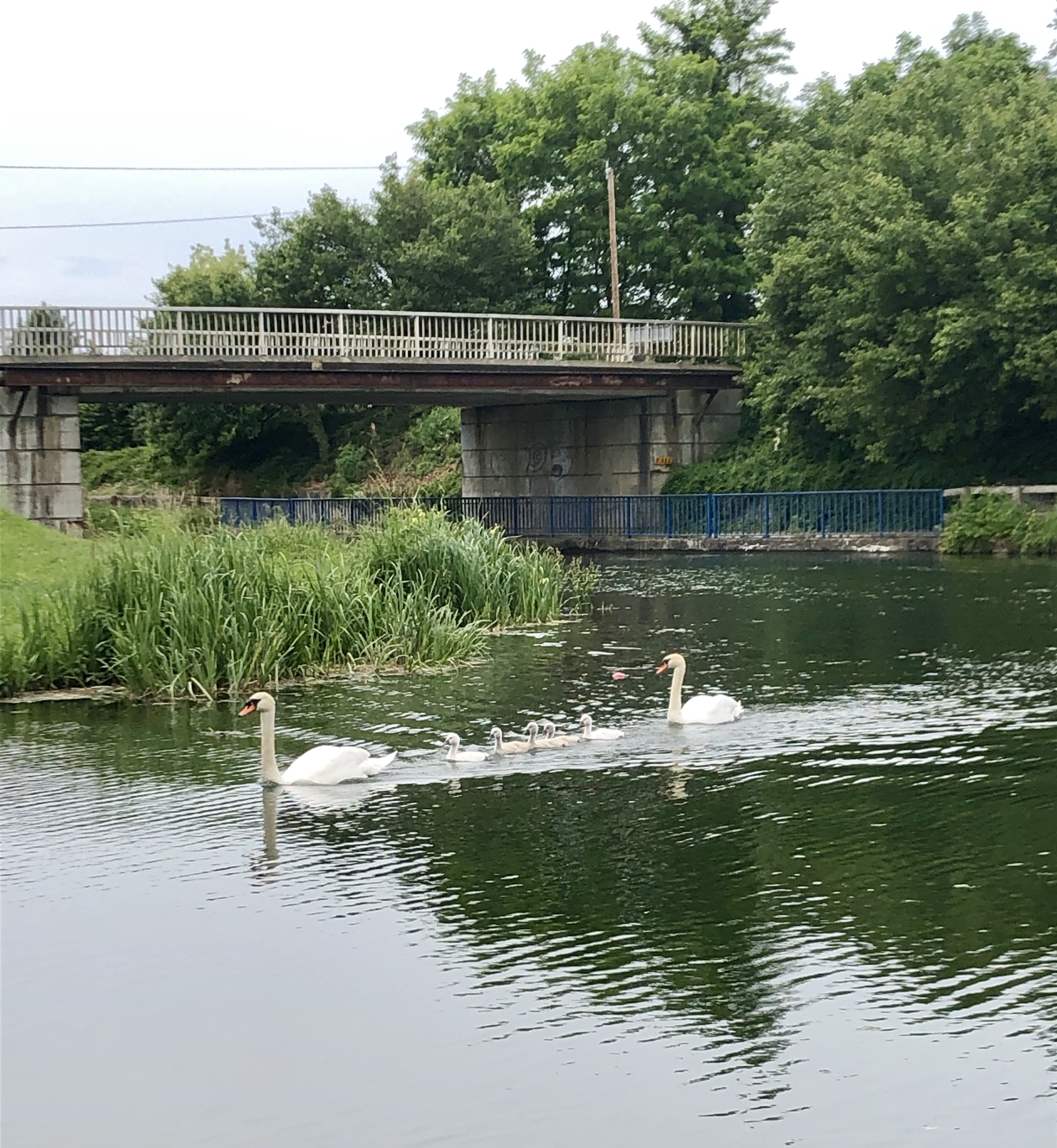 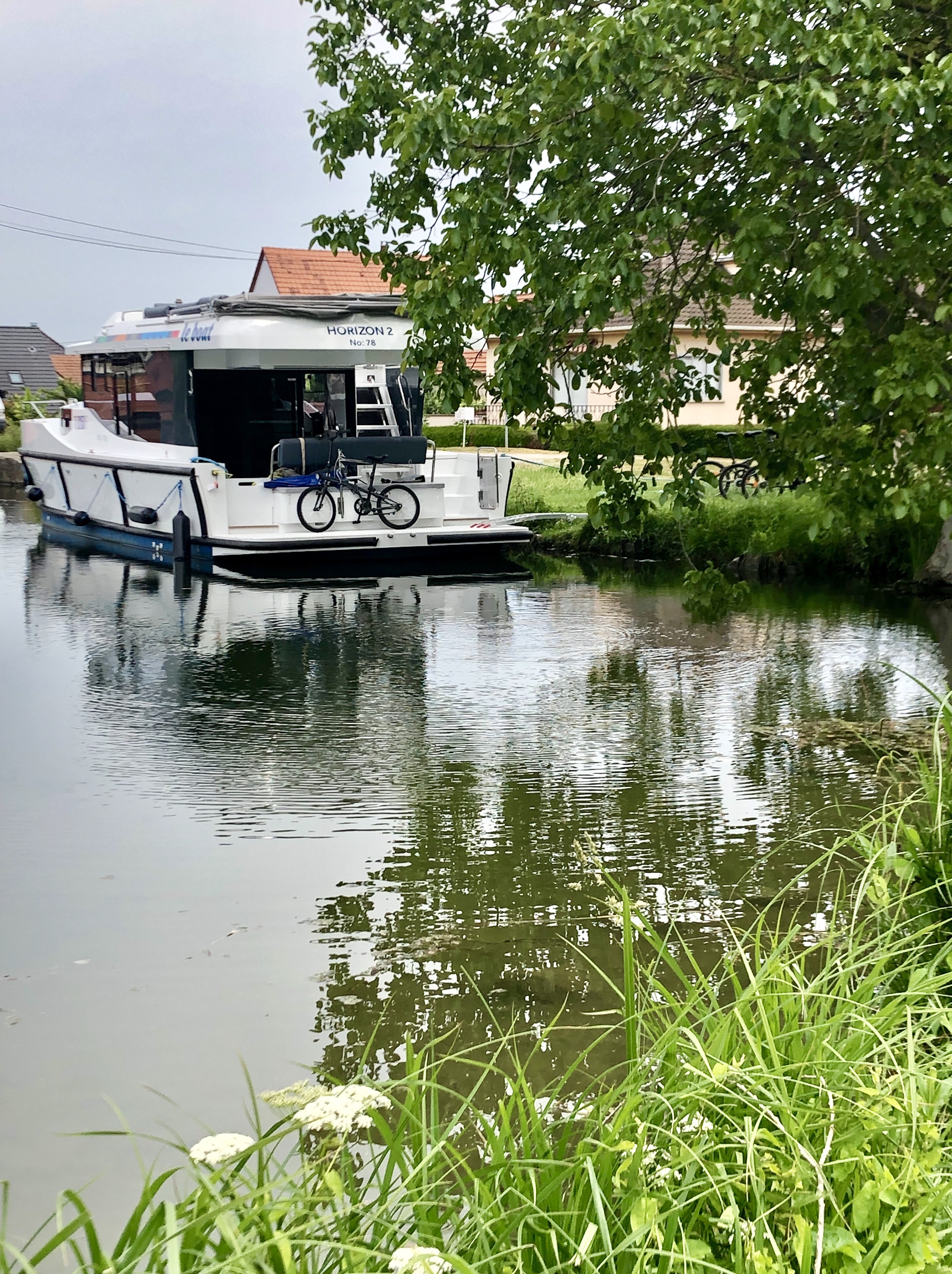 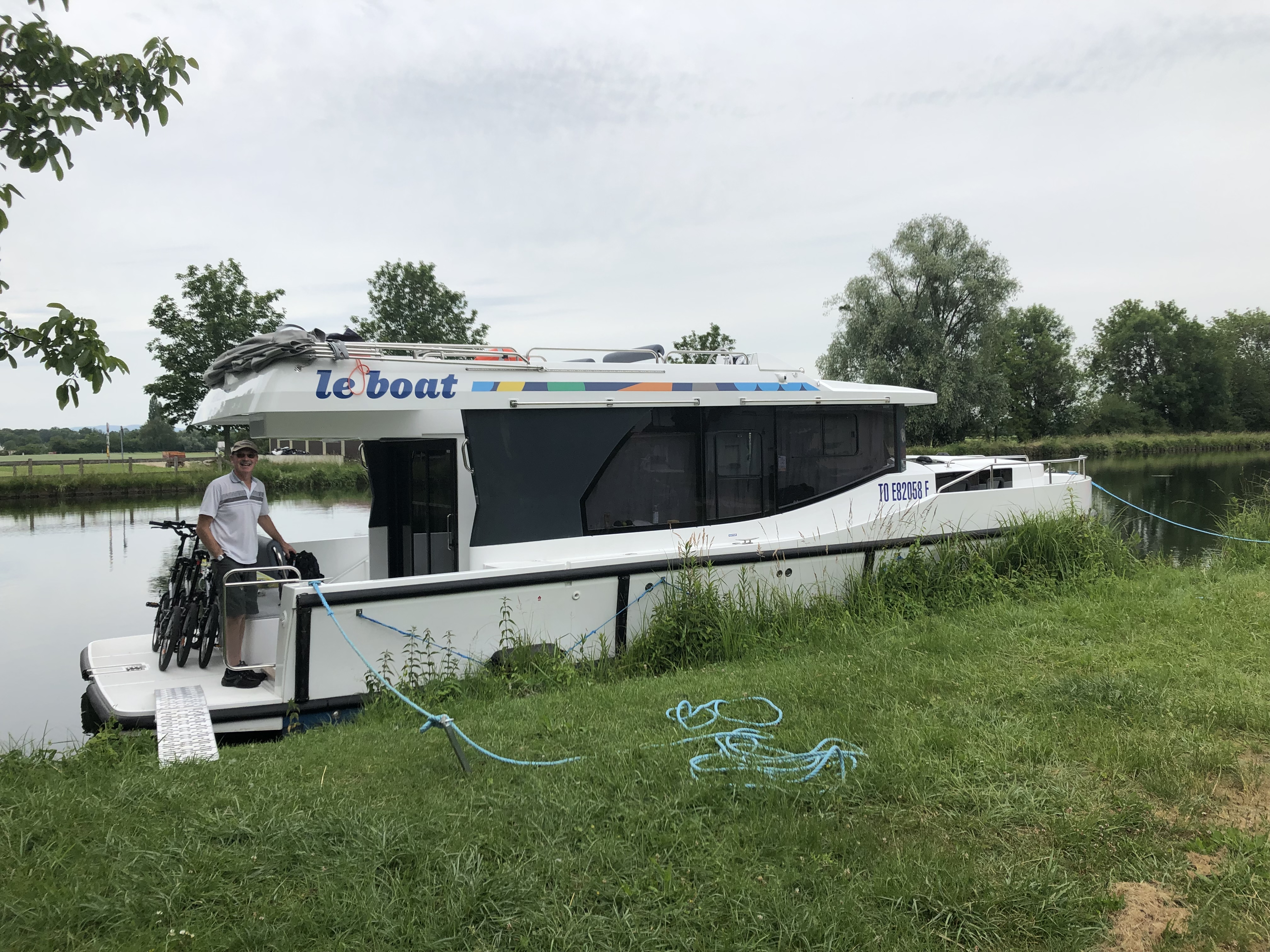 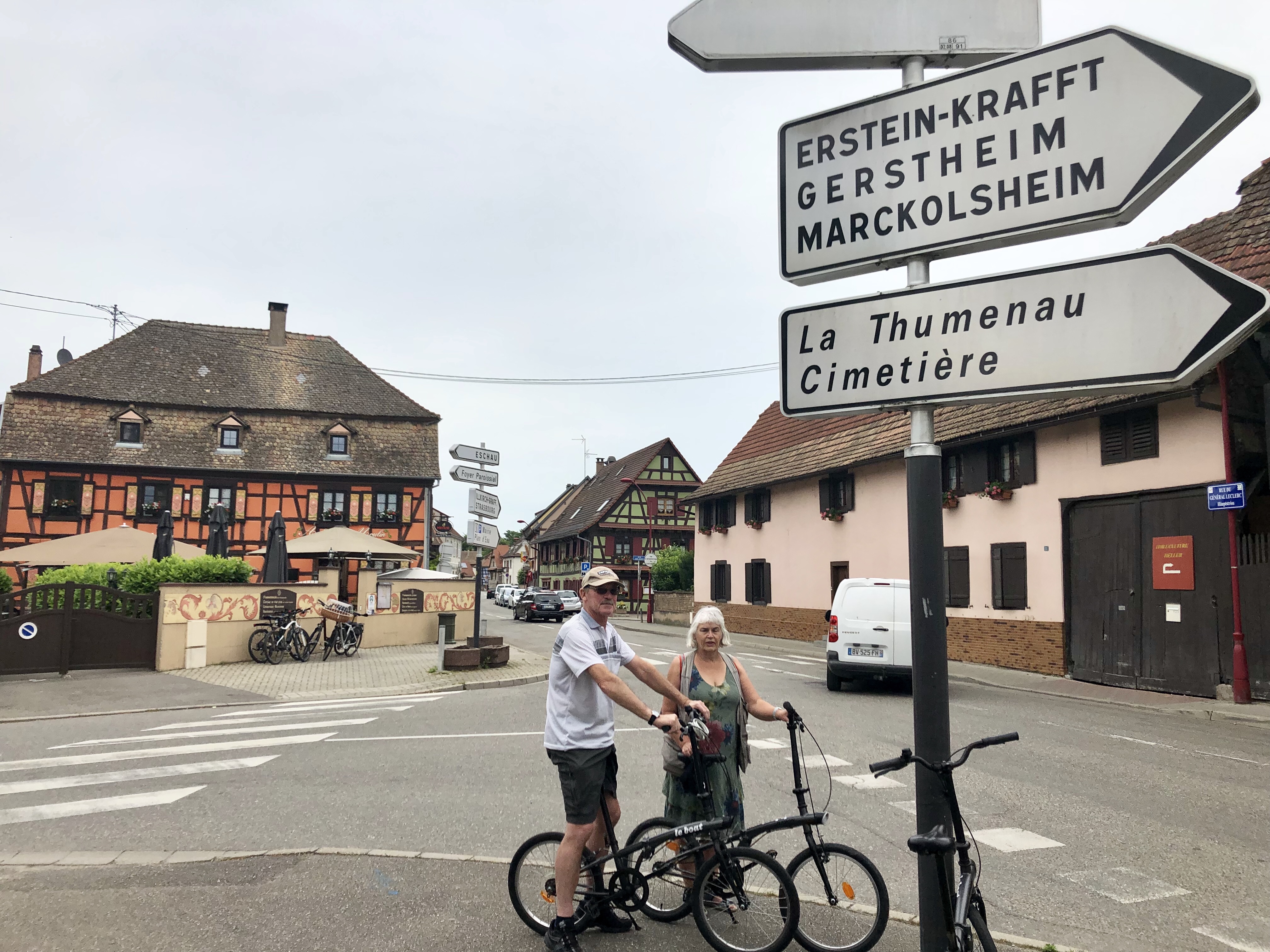 All in all we’ve gone down seven locks and travelled around eleven kilometres today. It’s getting easier to handle the boat and work the locks, but I have to admit to feeling rather terrified this morning at the prospect of driving into Strasbourg and mooring up there. And rightly so it turns out.

If I thought mooring up near Plobsheim was challenging, mooring in the middle of Strasbourg was mind blowing. We shared the final lock into the city with another ‘Le Boat’ crew, without incident. What a great team!

Tony and Kerry had been advised to moor past the marina, but the first spot we attempted was so shallow we struggled to get off the bottom and couldn’t get into the side. That was fun!

Moving along a little we spotted a possible place just past some rather imposing cruise ships. As I was about to attempt a fancy manoeuvre I heard a loud horn blasting. Looking around the ‘Leonardo de Vinci’ was heading towards us from the River Rhine (the second photo below I snatched a shot as it whizzed past!). I hadn’t missed seeing it, he was a safe distance away when he tooted. And the Captain was merely sending me a warning that he/she was on the way towards me. So to get the f–k out of the way! I did. Rapidly, but competently, thank goodness!

Still no good to moor. We turned around and returned to the marine and I ‘parked’ us up without a hitch. Blimey I’m proud of myself. I’ve surprised myself how well I’ve managed without the ‘real’ Captain, much as I miss him. 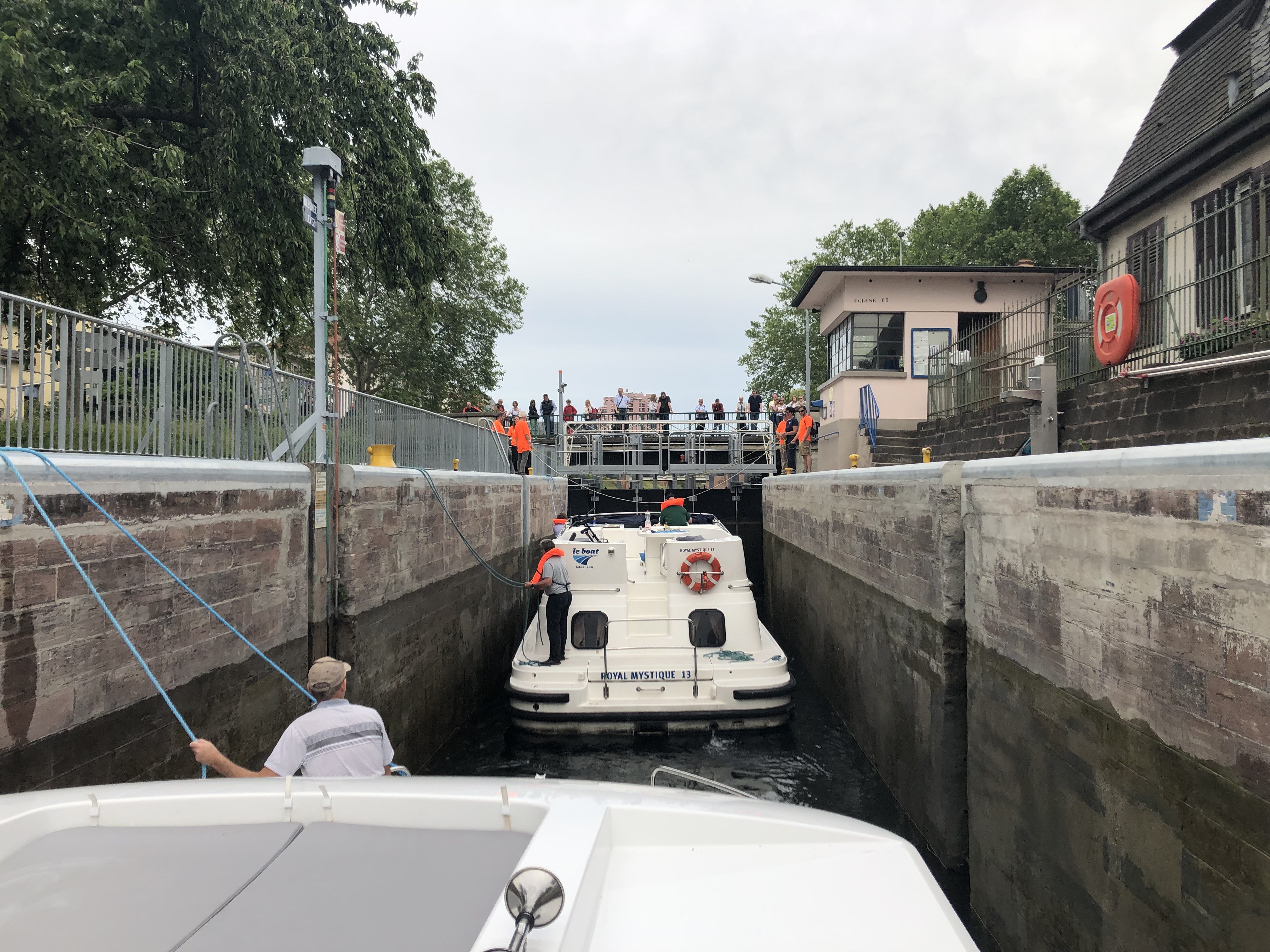 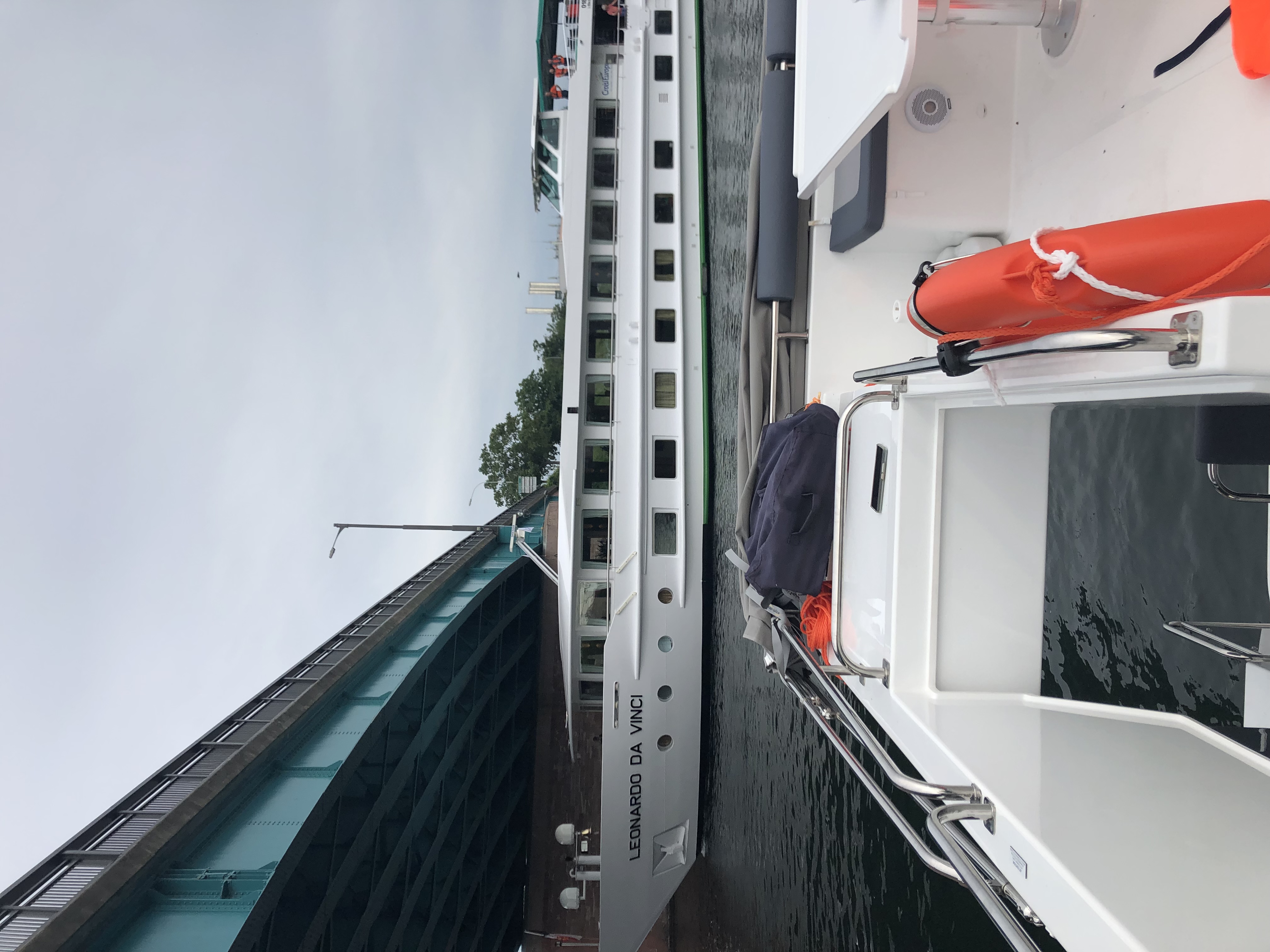 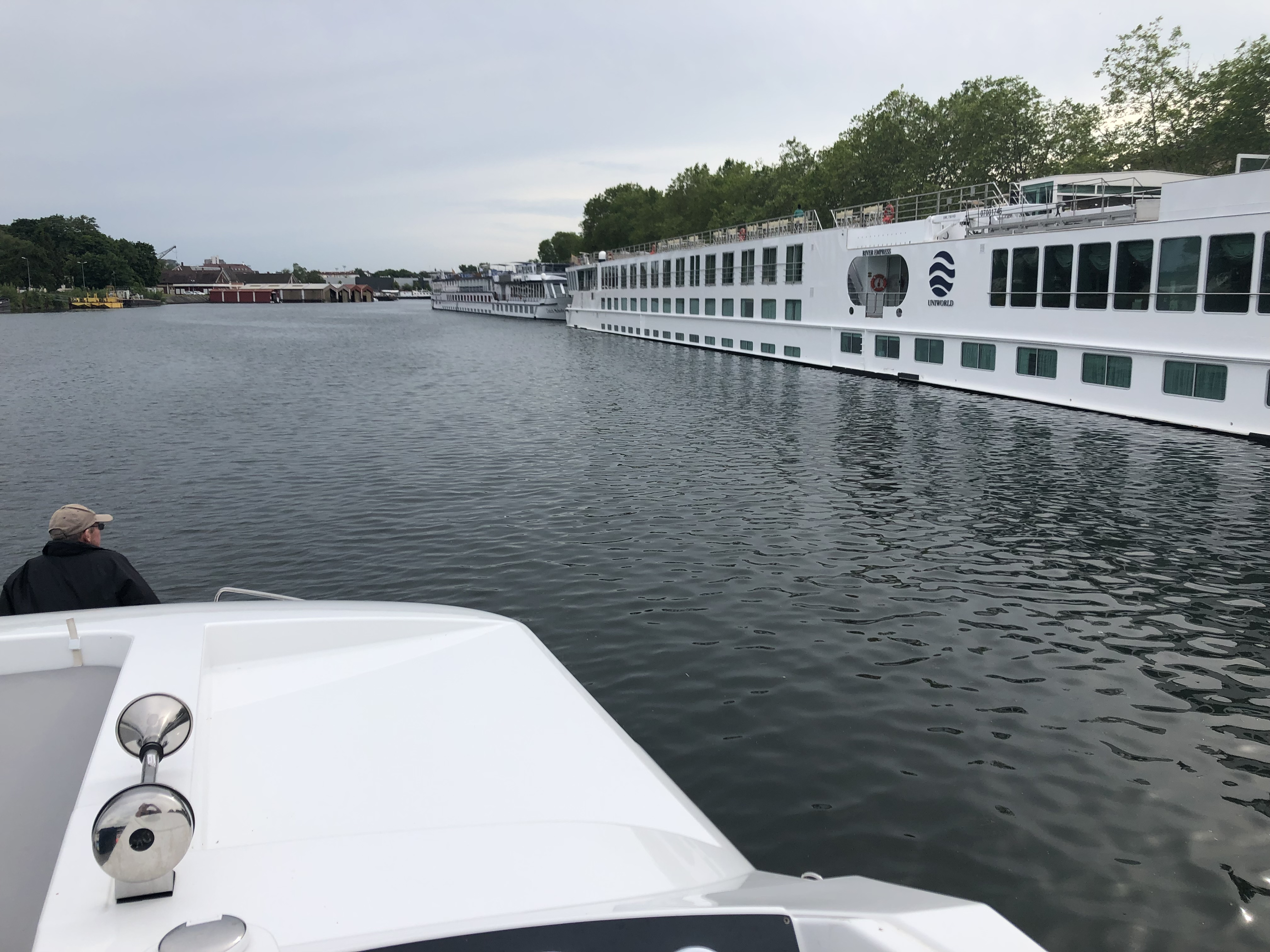 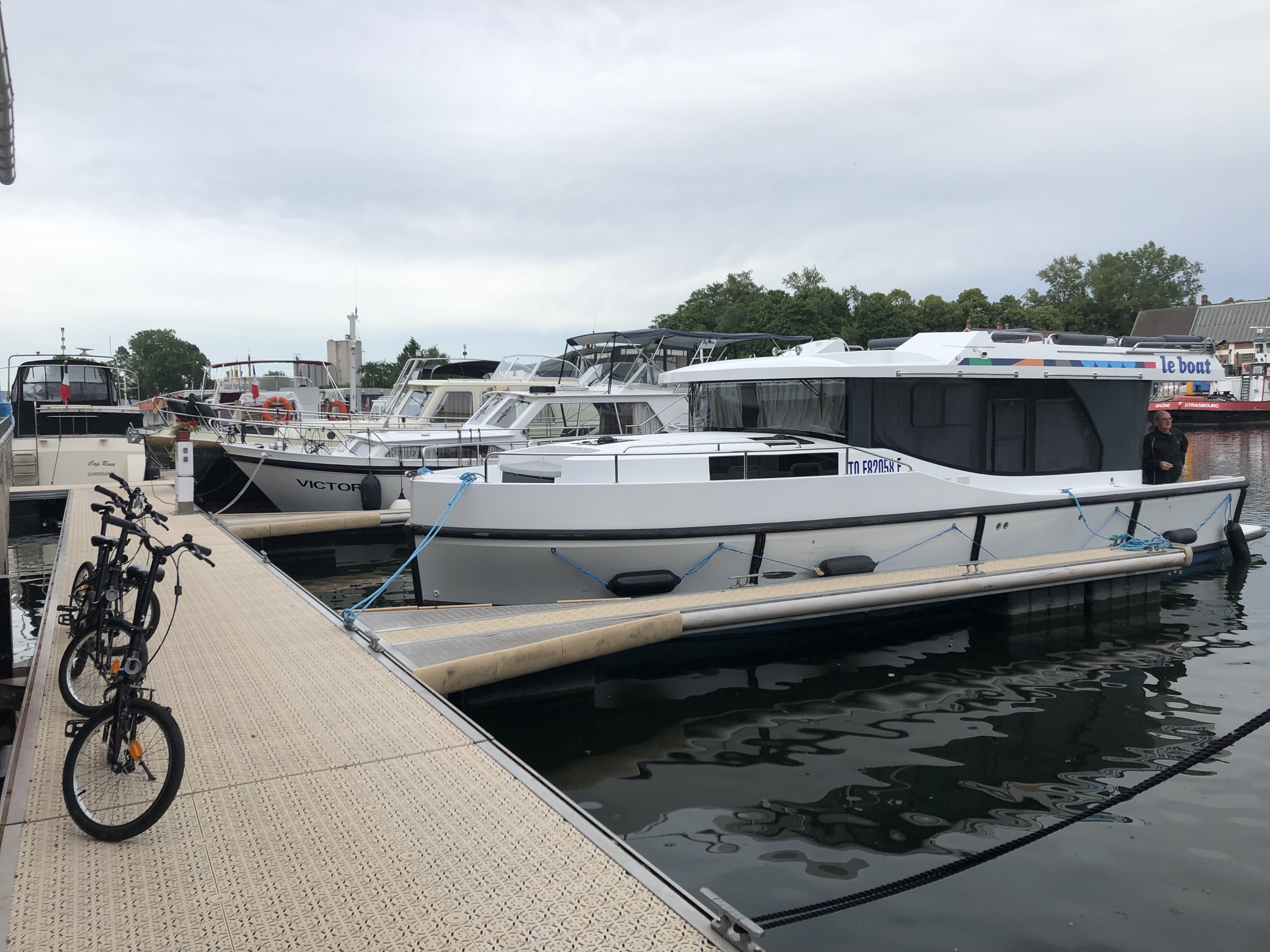 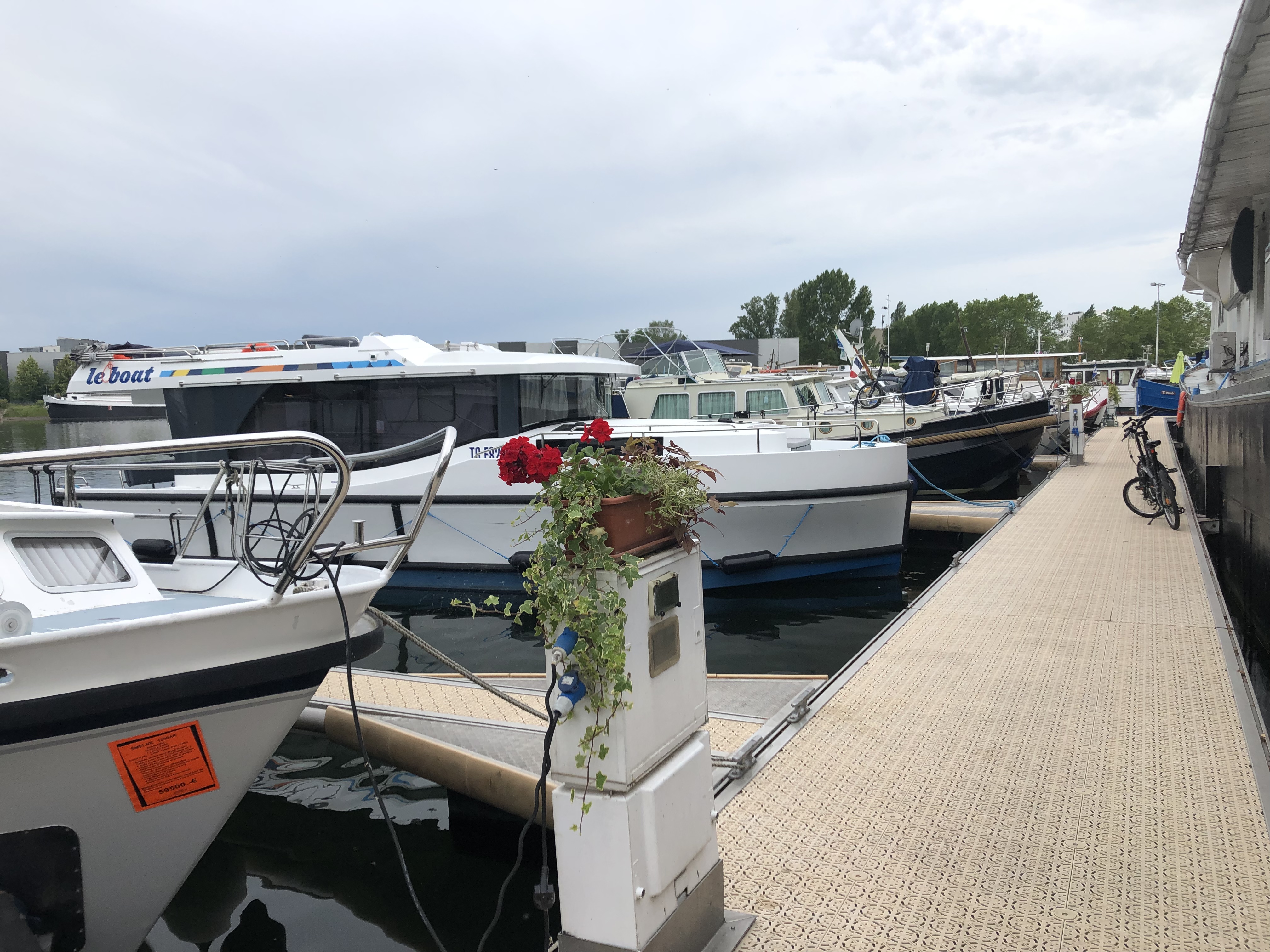 Tonight Kerry wanted to get some twilight shots of Le Grand Ile, a famous landmark. Without going into too much detail we got rather lost and it took us far longer than necessary. But we got there in the end. Only to realise that the view she was hoping to get needed a drone! Ah well. It was still spectacular… 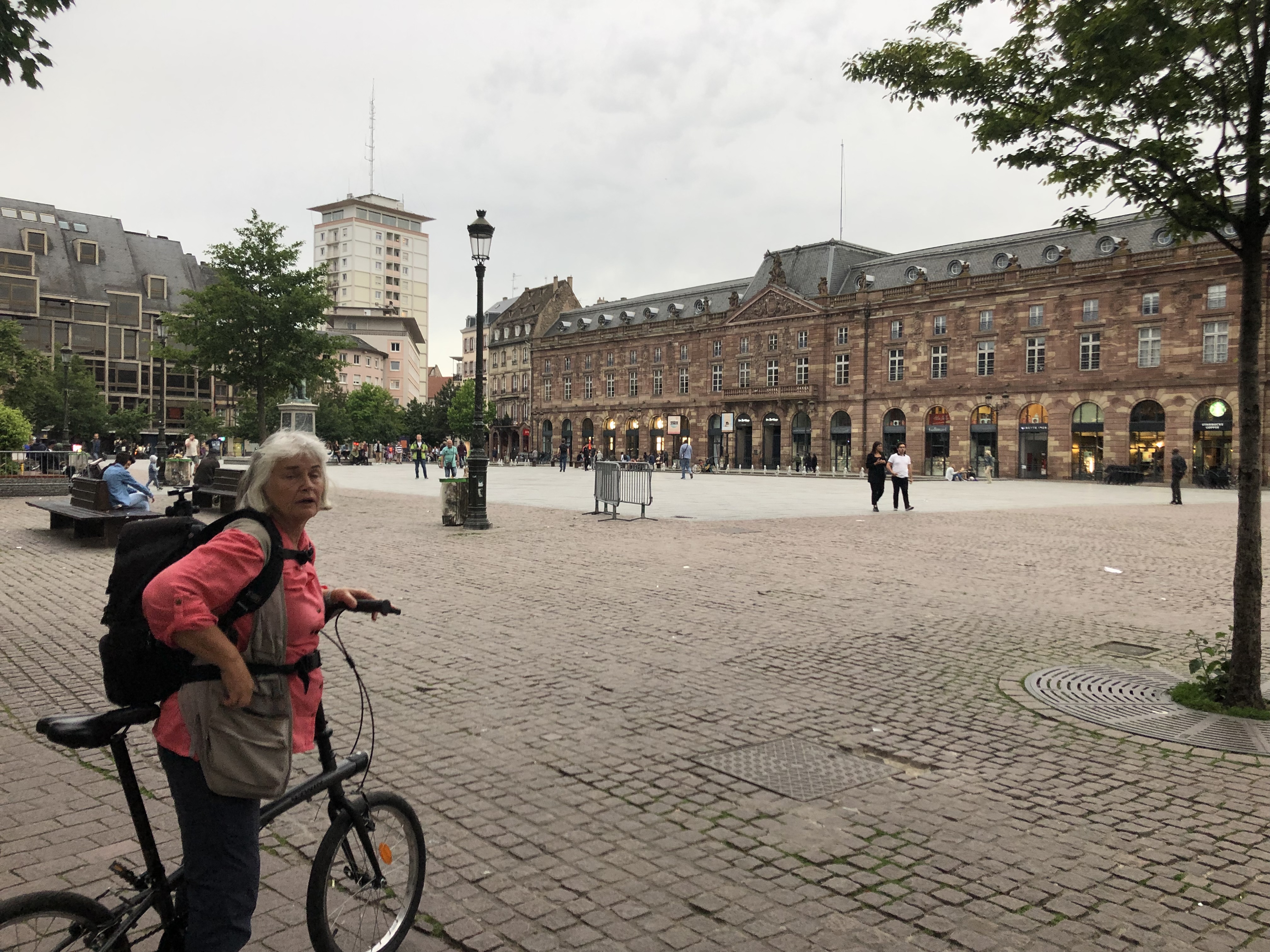 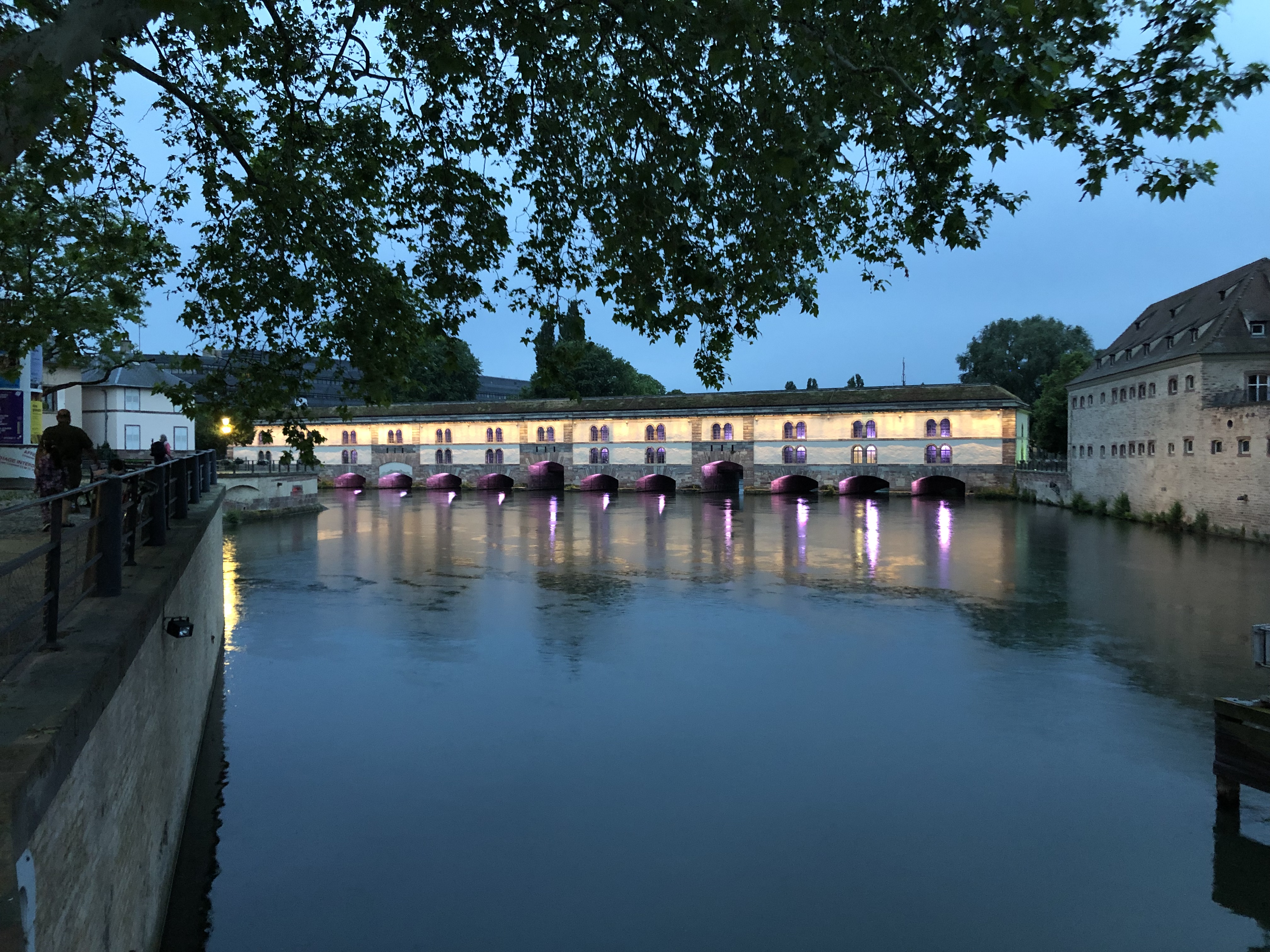 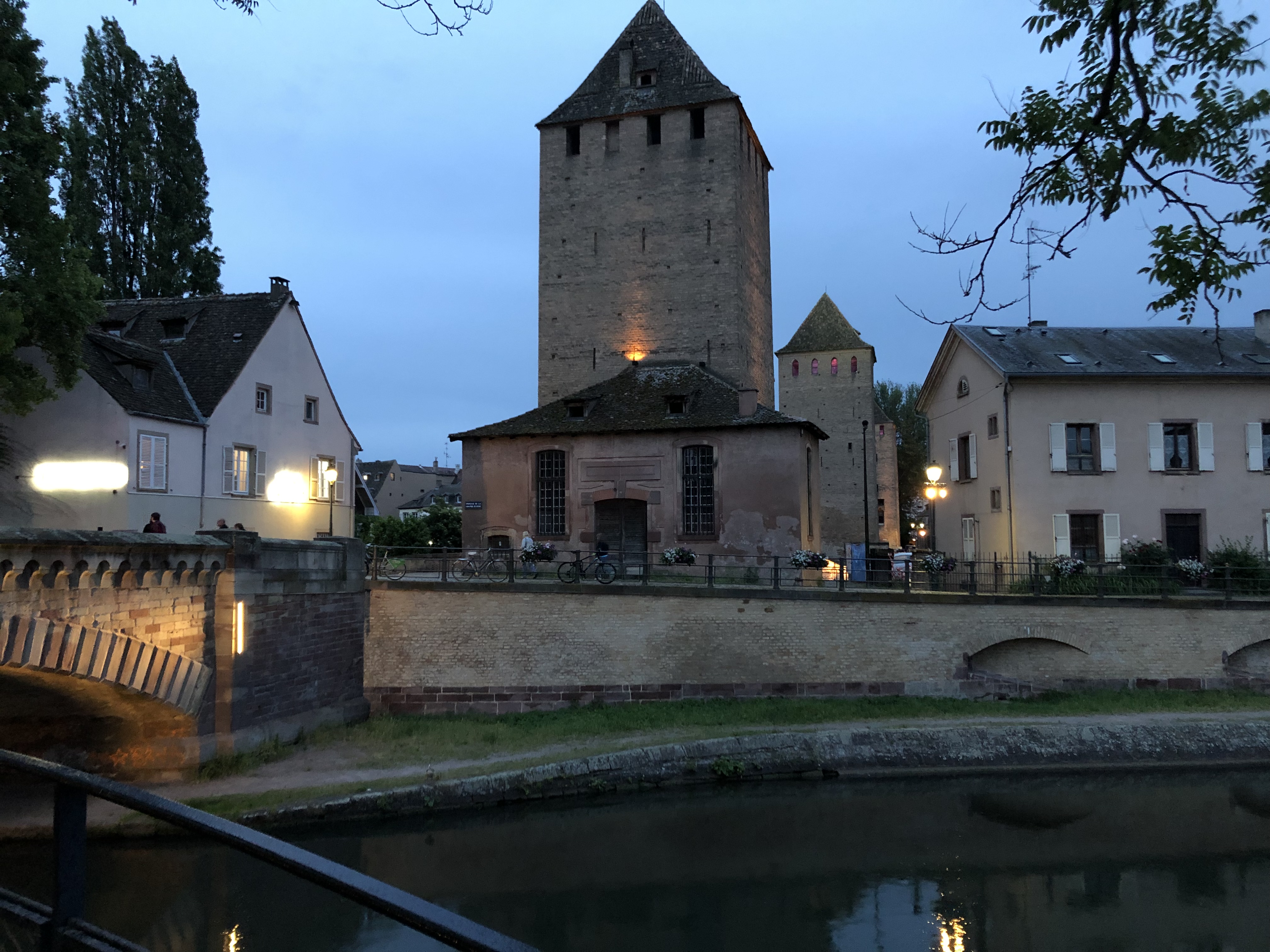 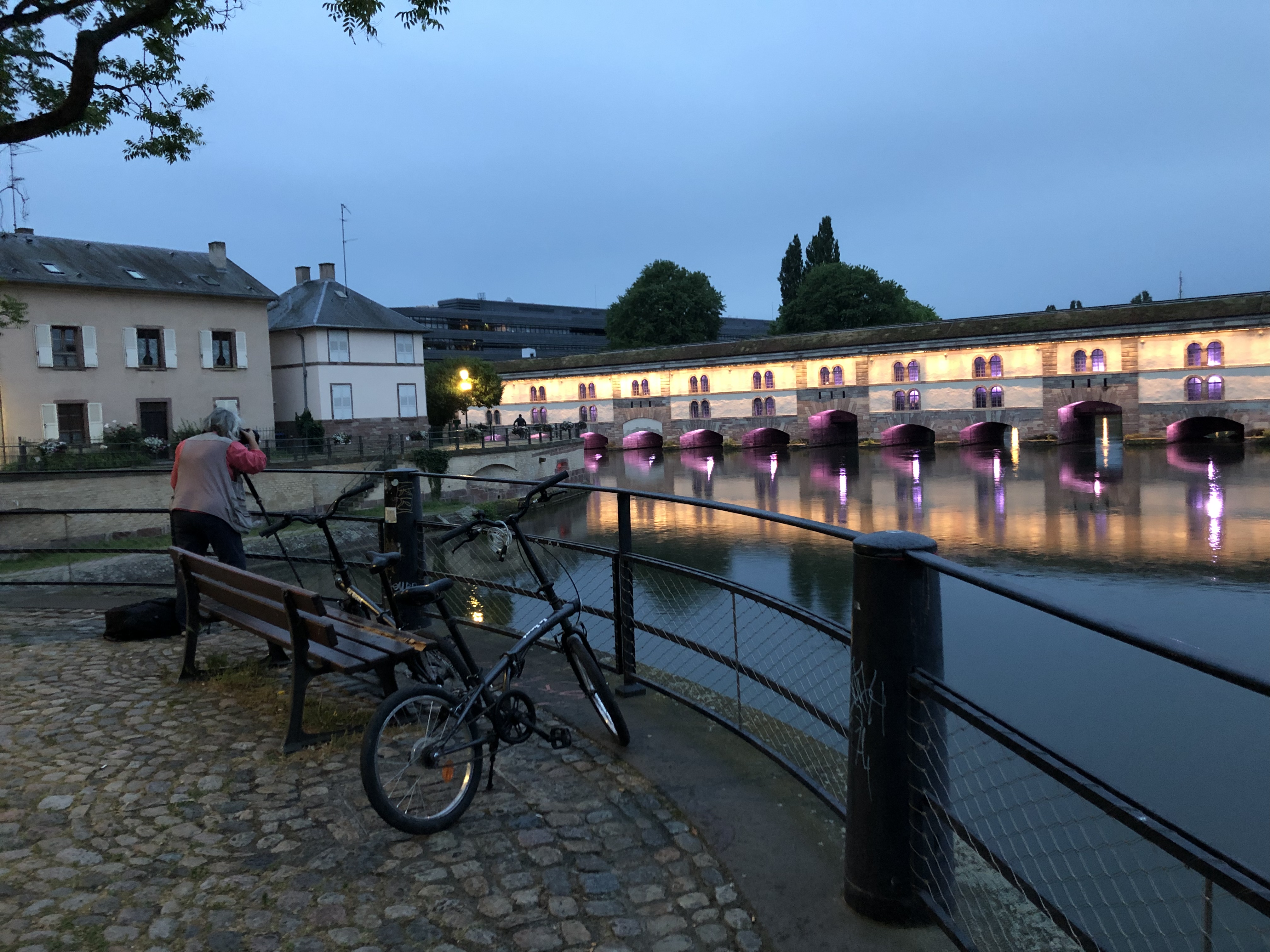 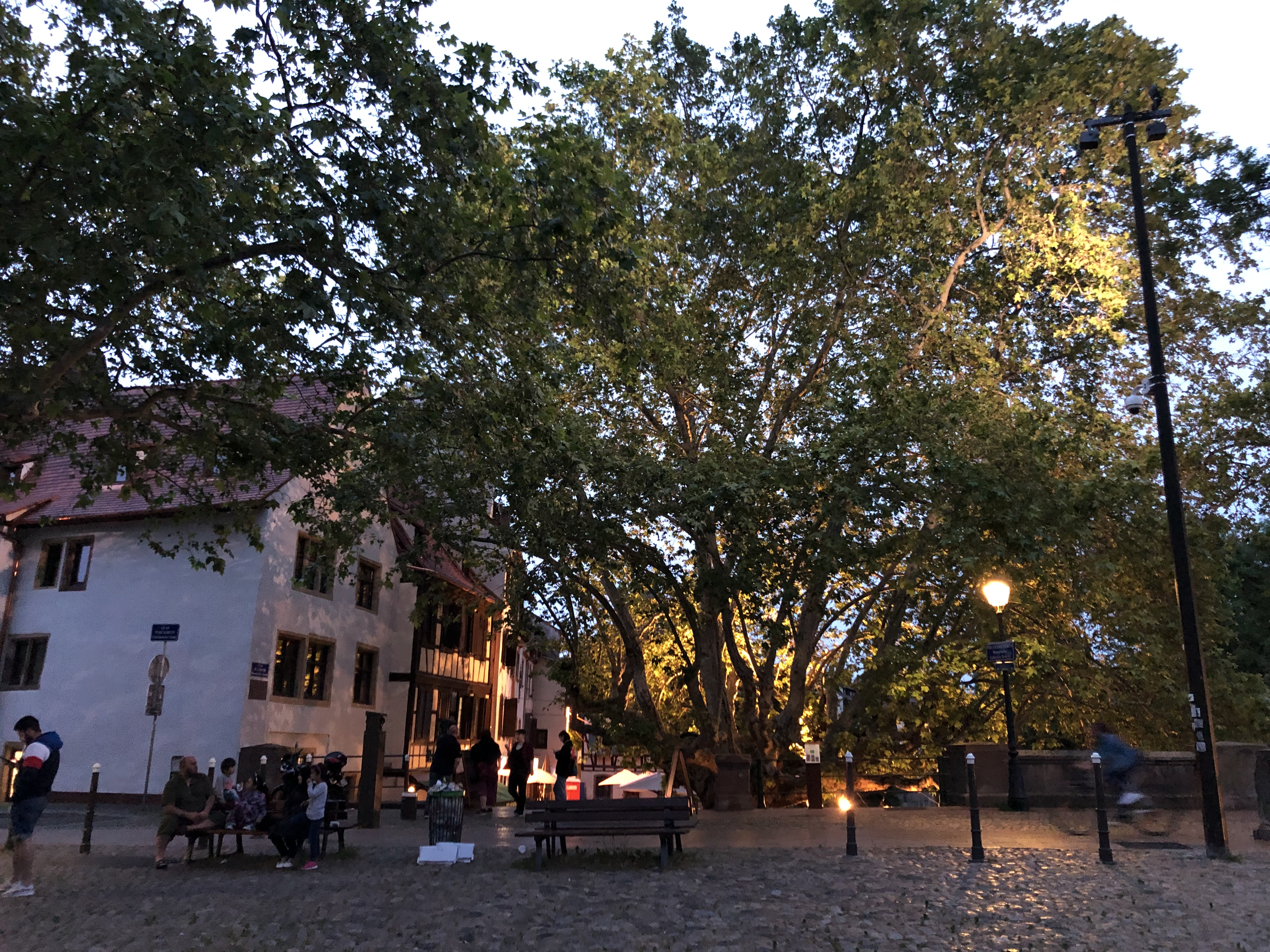 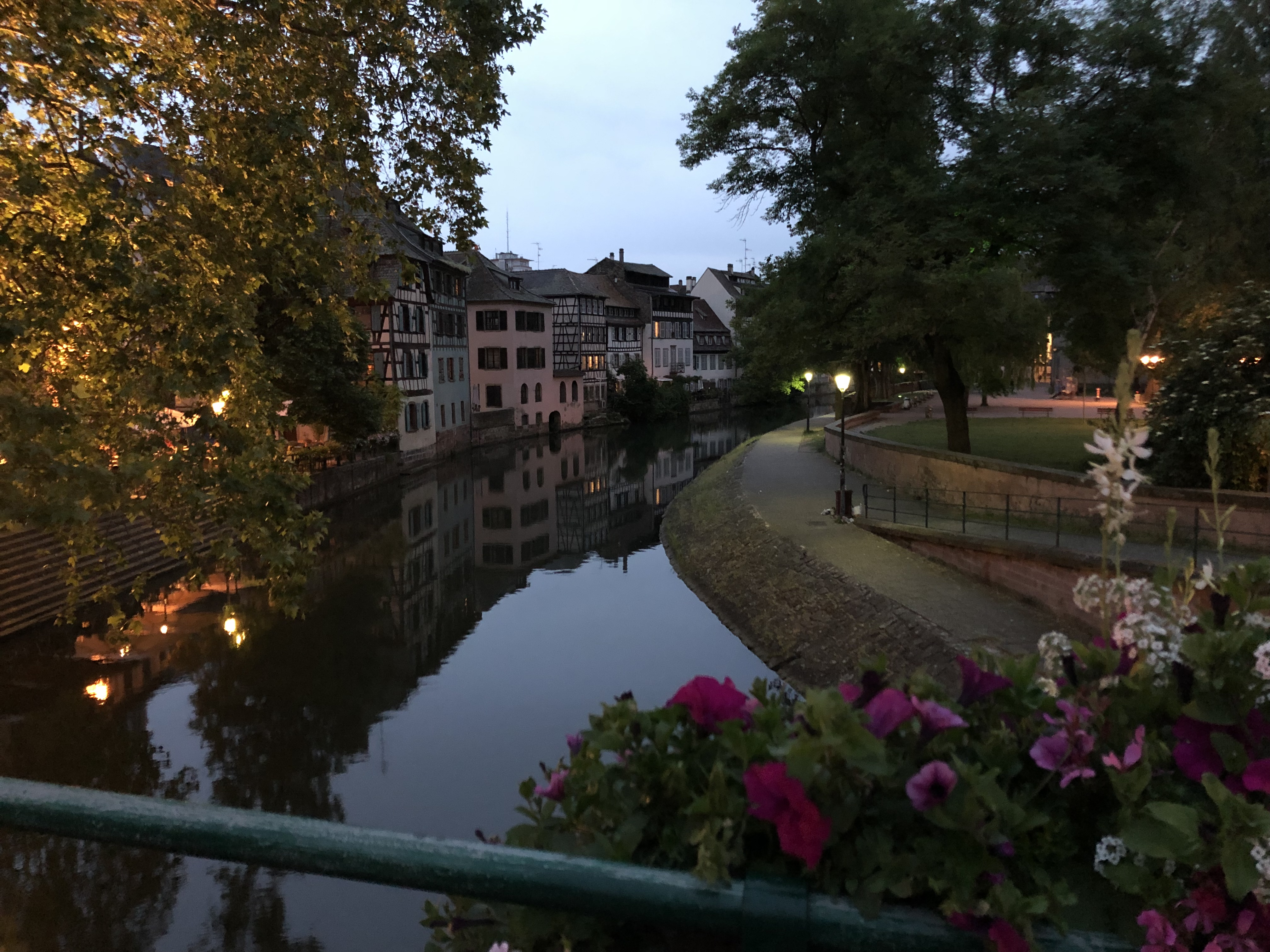 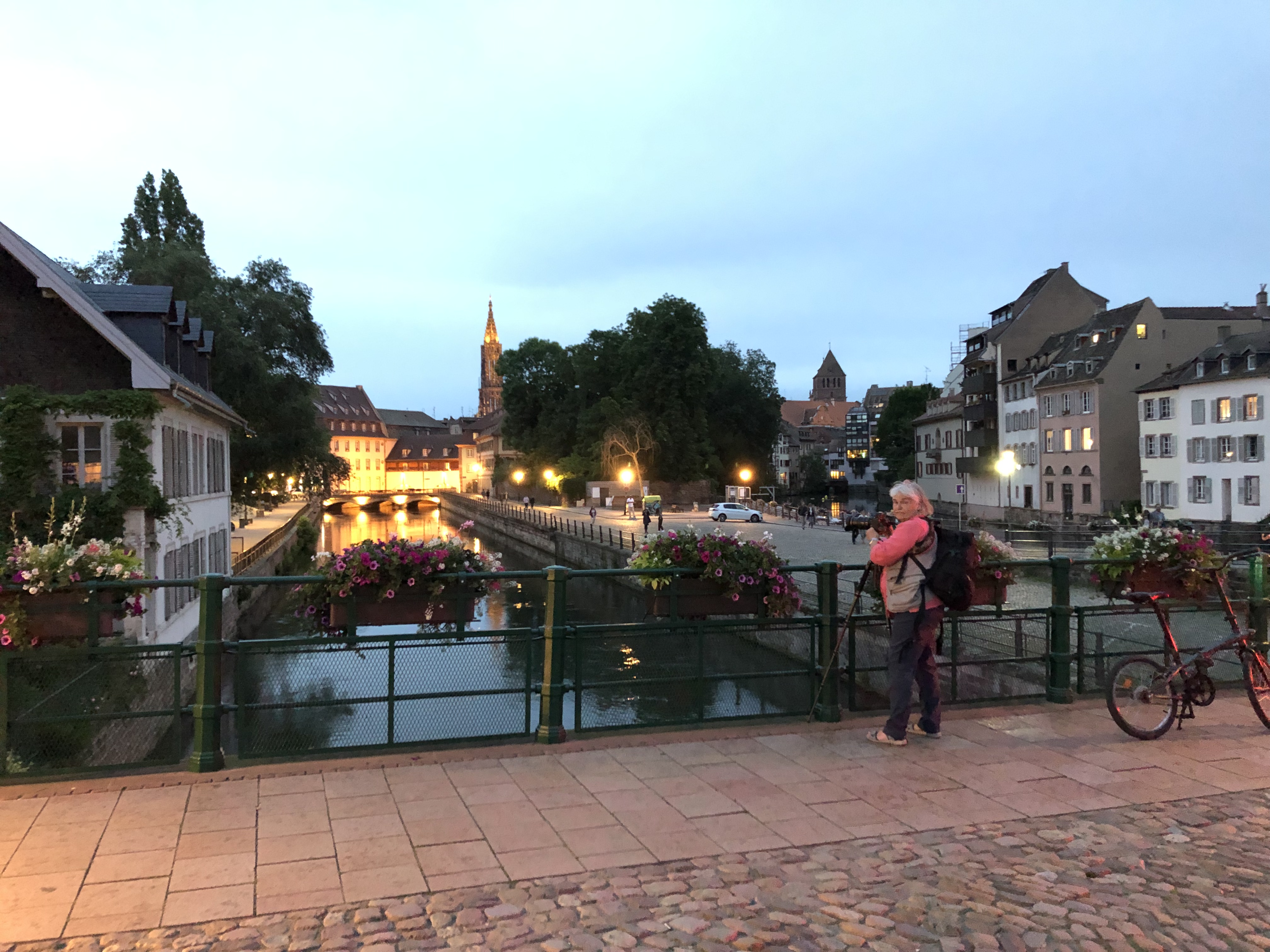 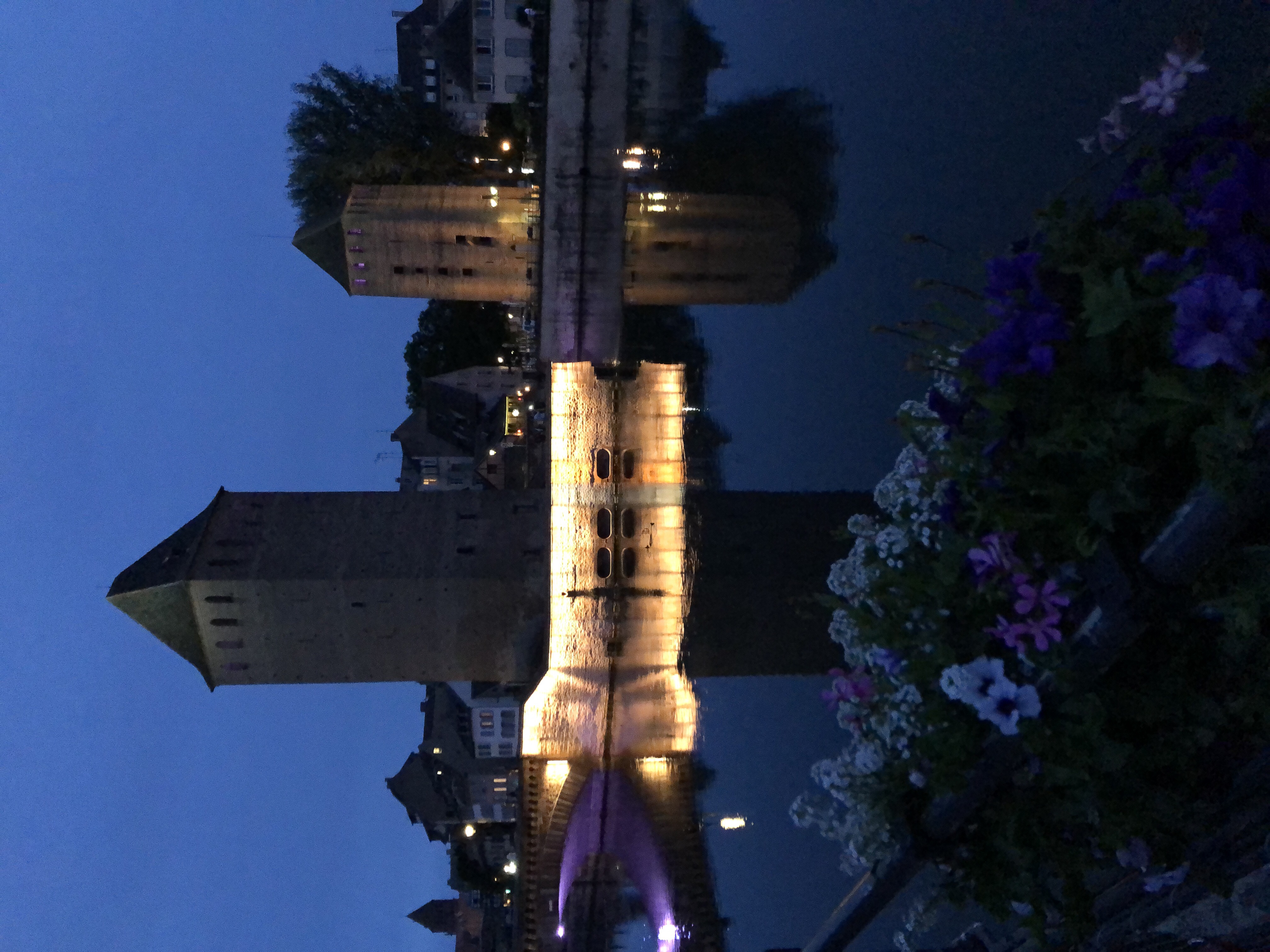 What a stunning city. We’re smitten!

Tomorrow’s Monday so possibly Barry will hear something? If not his friend Dickie is apparently coming to join him for a few days. Oh dear. I hope the visa comes 🤣

7 thoughts on “Day Six – Back to Strasbourg for a Scare …”