Seeing a blood red sky last night felt rather poignant on the eve of the 75th anniversary of the D-Day Normandy landings. Although here in Cabourg we share the same beach (it’s many miles long), this wasn’t the place where the boats came and many men were doomed. 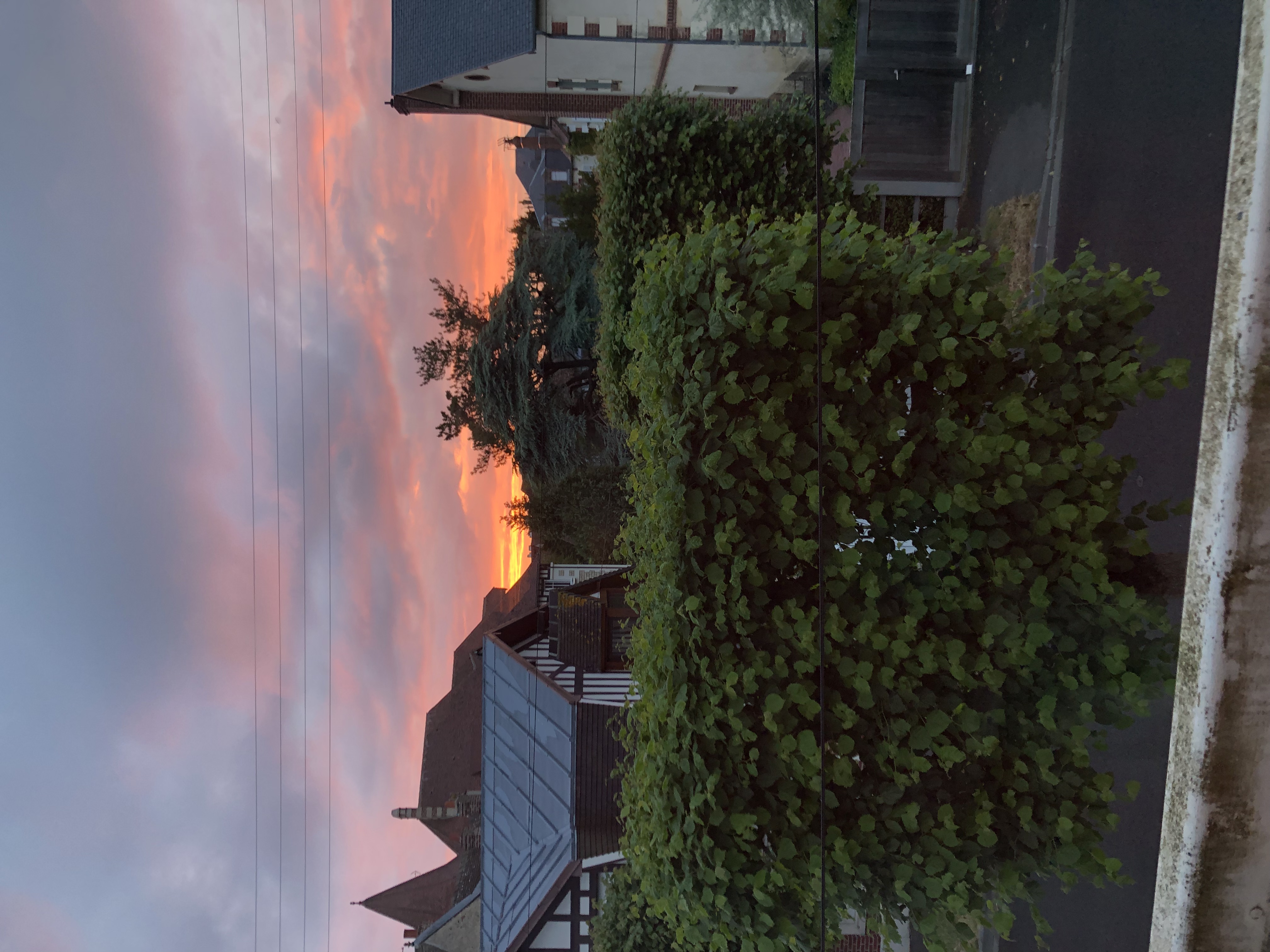 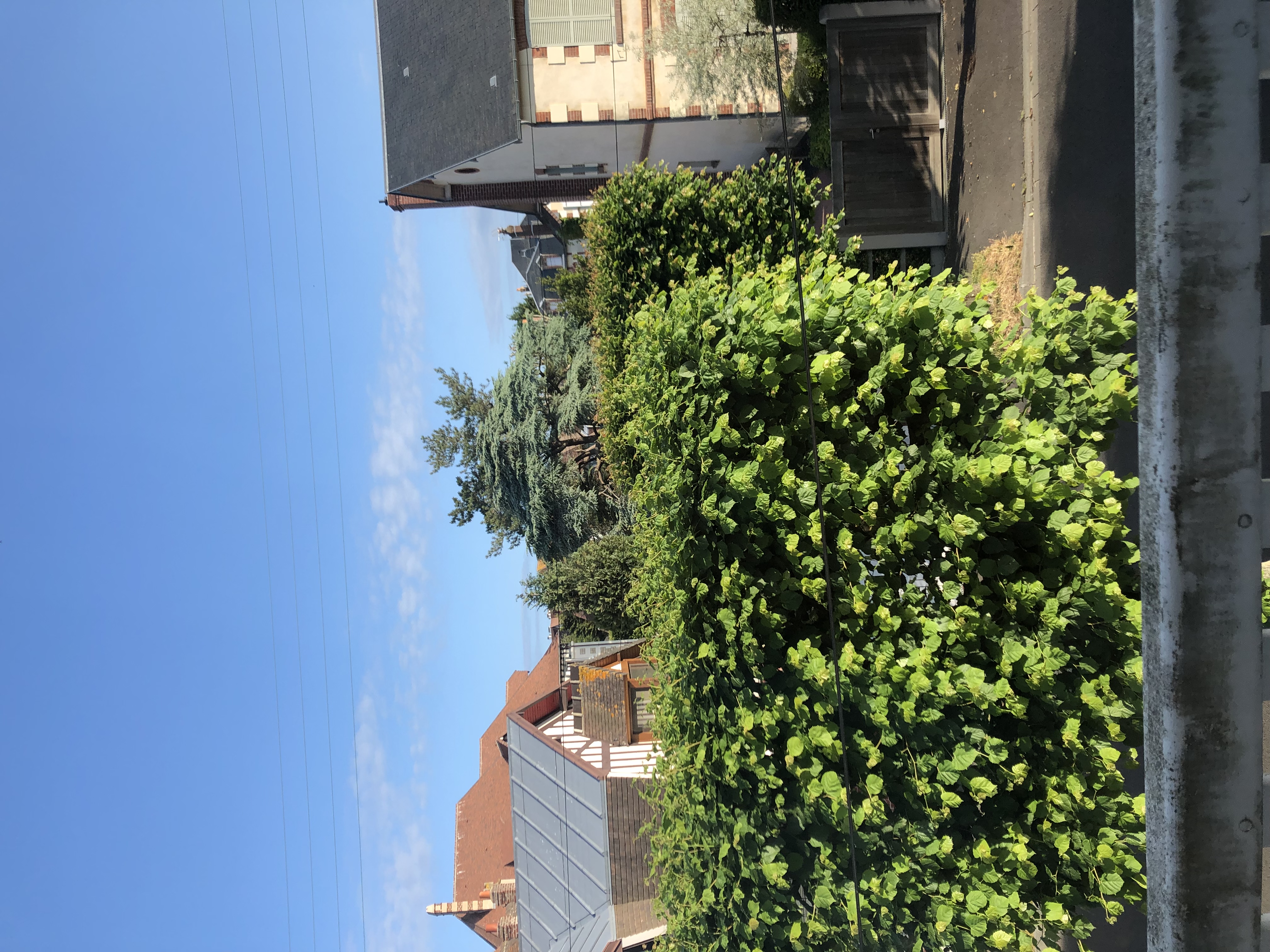 We’ve not noticed any disruption here, being a short distance away, but did watch the service briefly on the TV this evening. Indications of the gratefulness from France have been apparent since I landed here yesterday morning. And a couple of visitors too – from USA and UK were spotted around town. 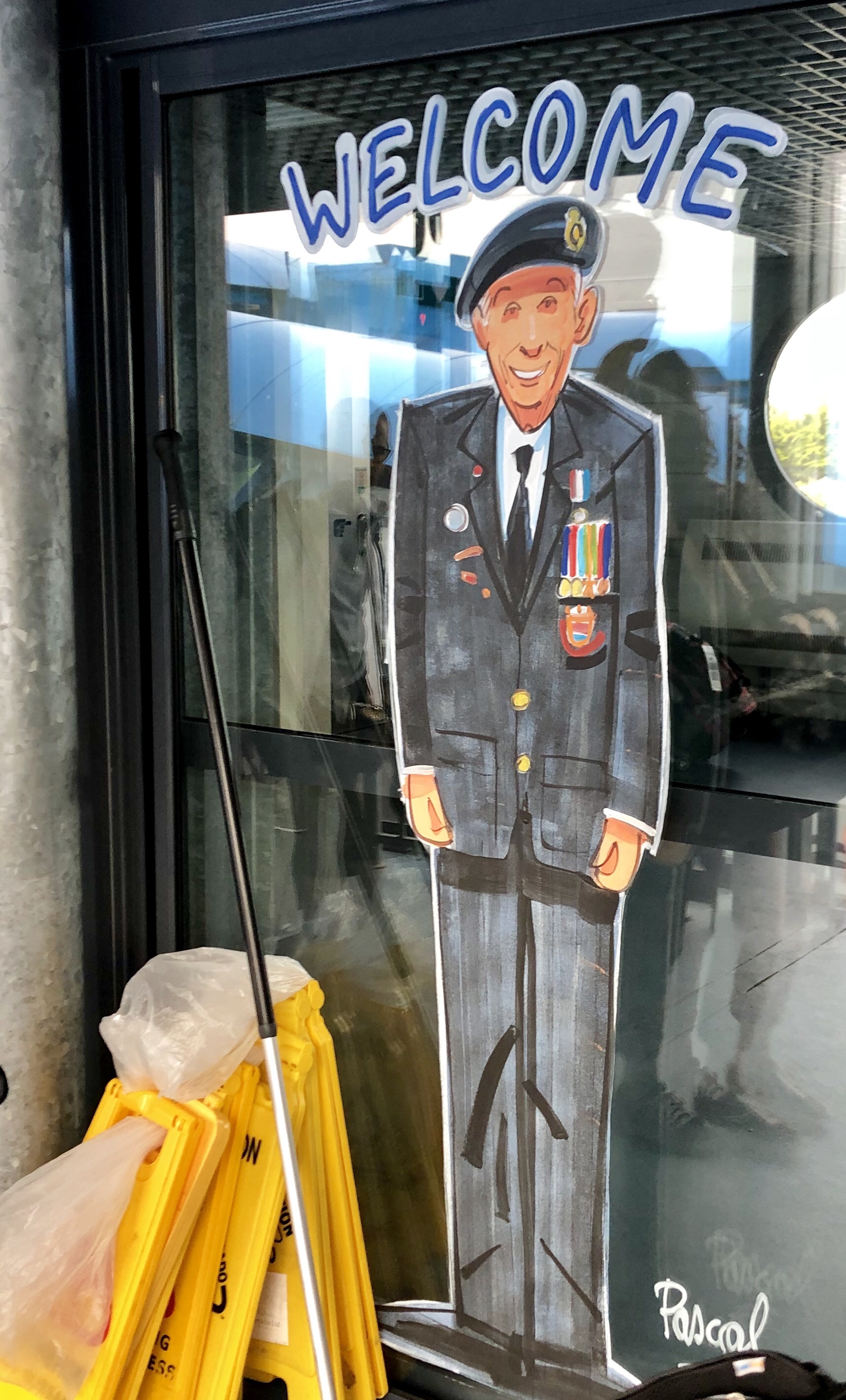 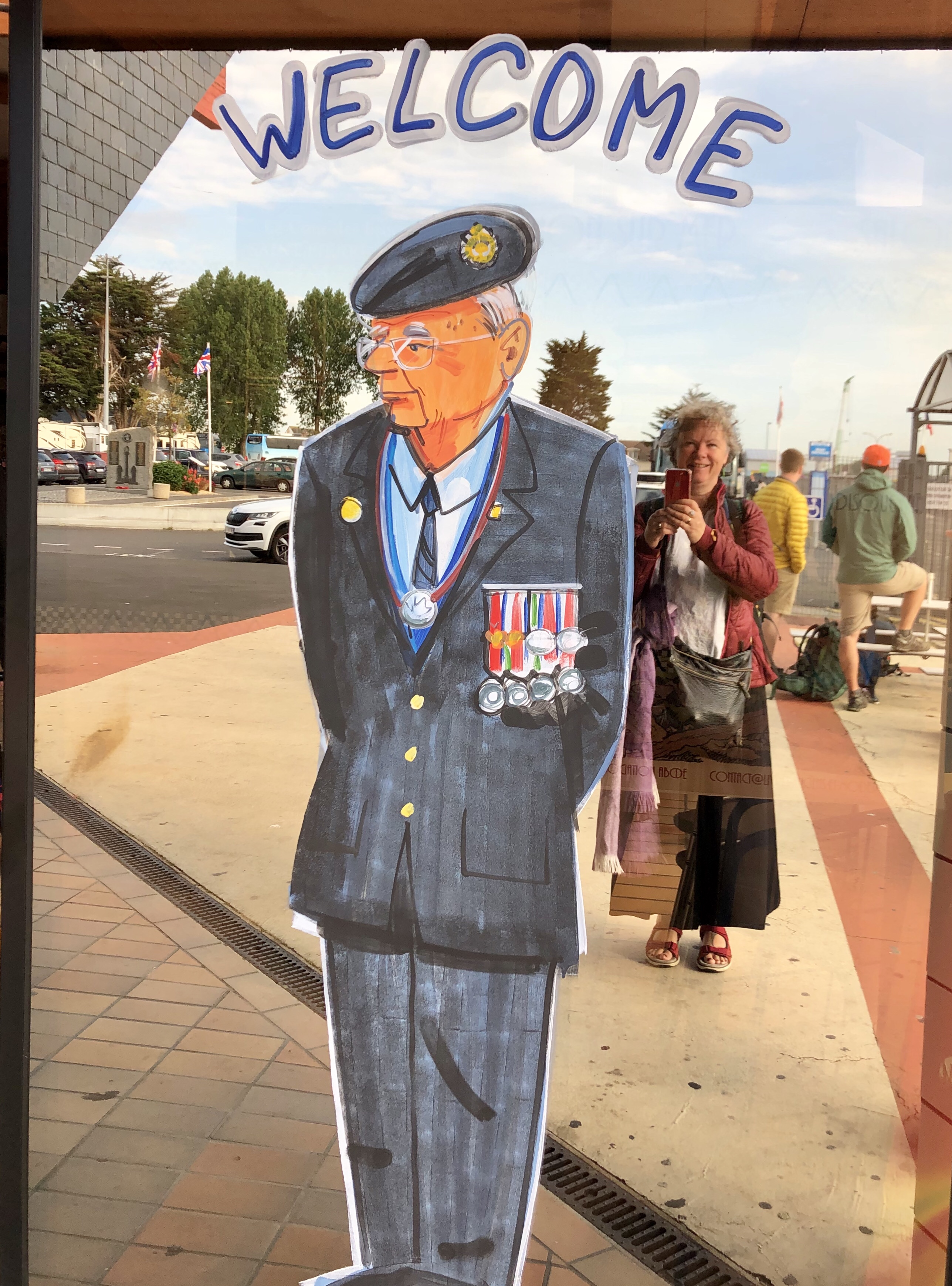 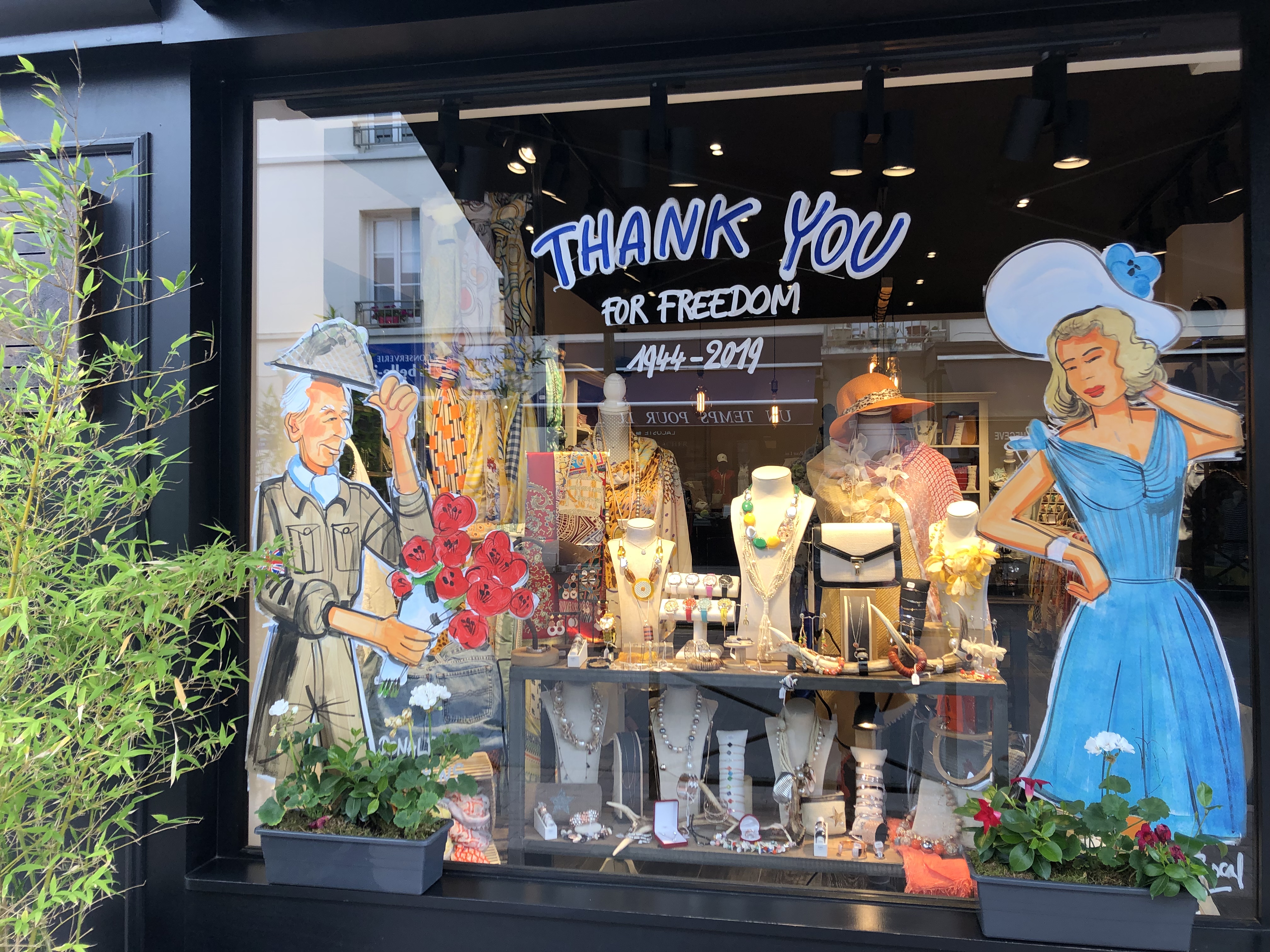 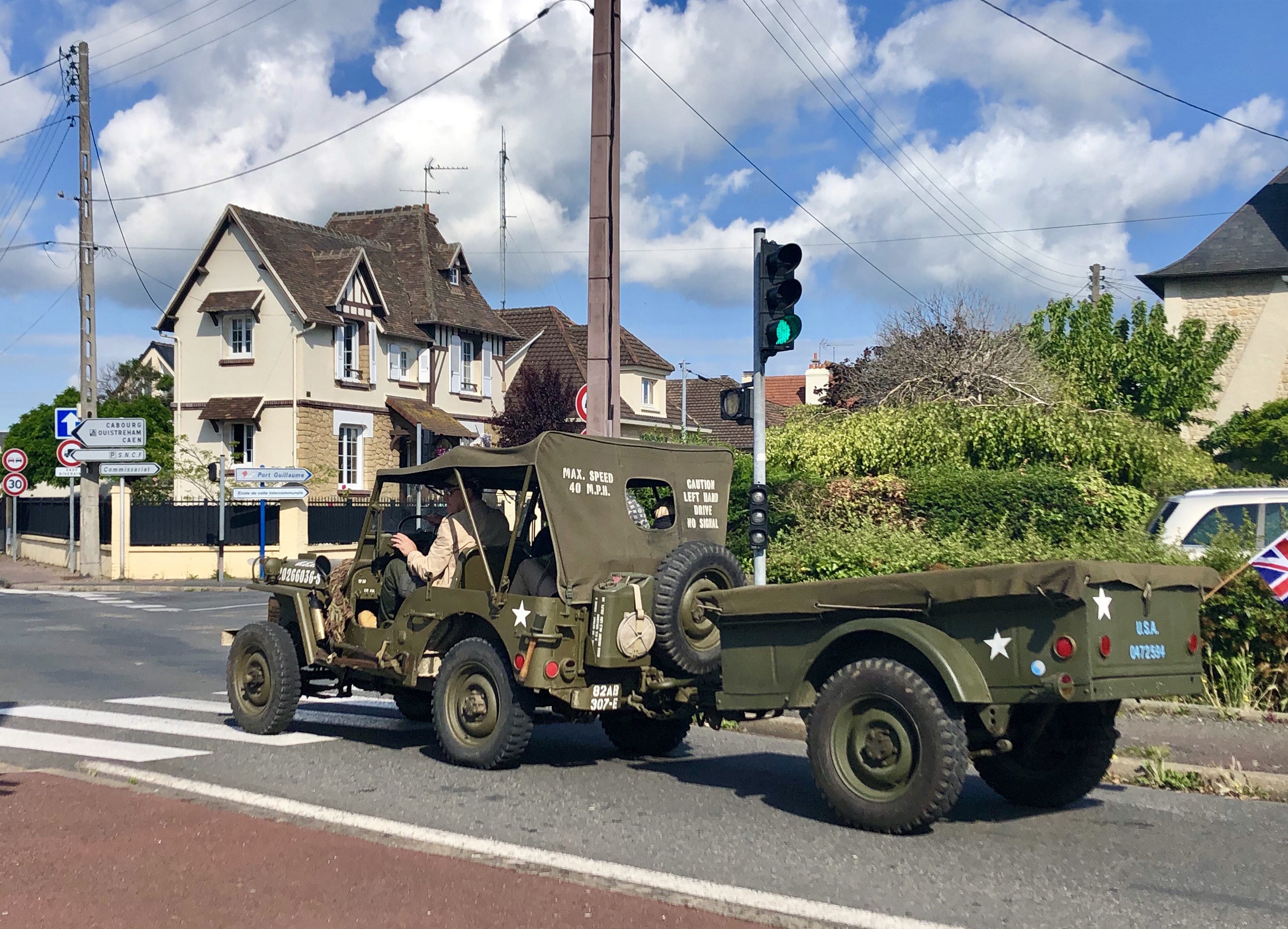 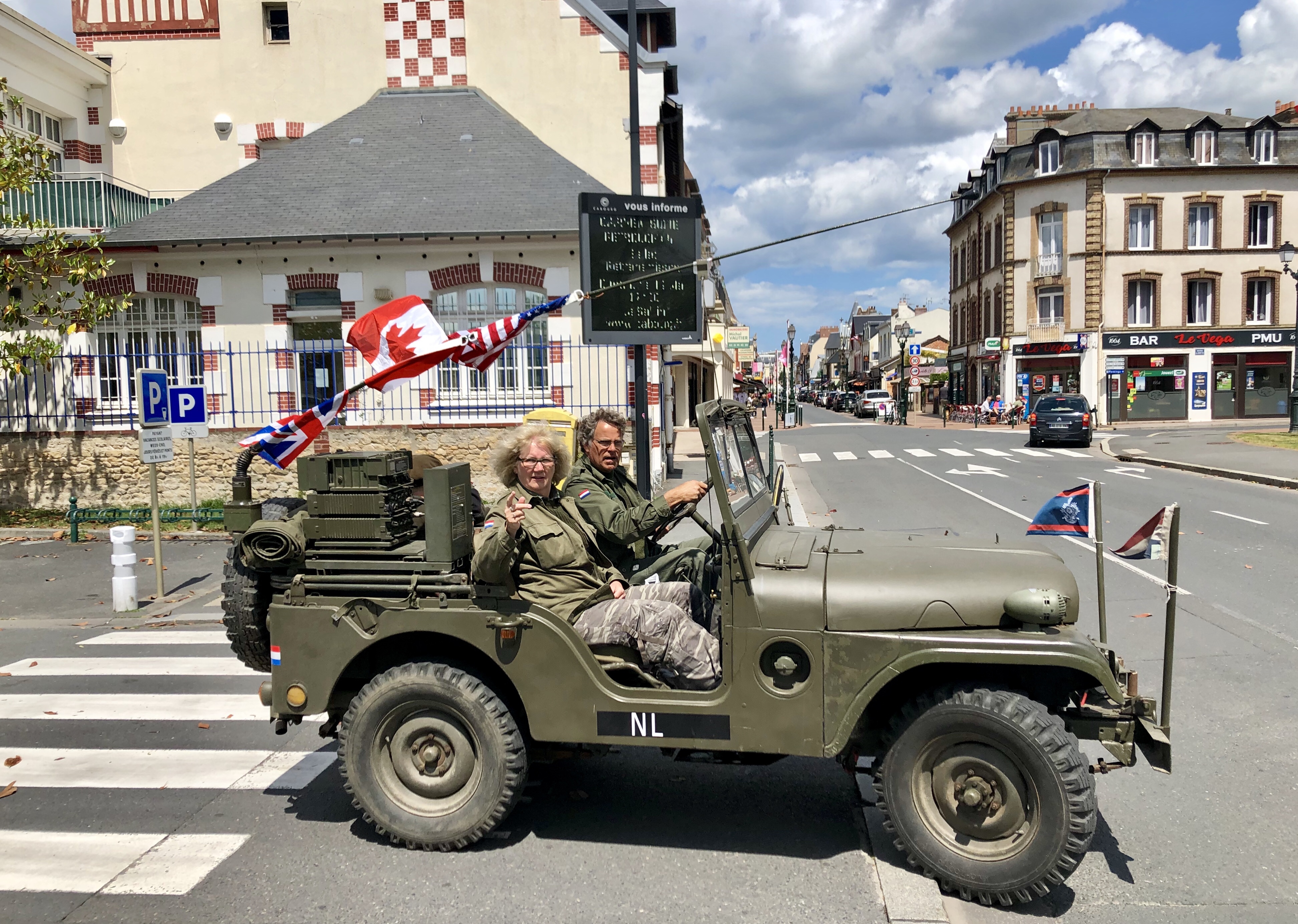 Odile took me on a little road trip today – and I found the explanation for the preponderance of ceramic animal characters sitting on many roofs and eaves of houses in the Cabourg area.

The pottery originated in 1842, 400 years after potters began working the huge clay seam at a nearby area called ‘Bavant’. At some stage life sized animals became popular.

I learnt that the production of finials and tiles here abruptly ended on 6th June 1944. There was much damage to these buildings and gun shot holes are still visible. Fortunately things began again in earnest one year later. 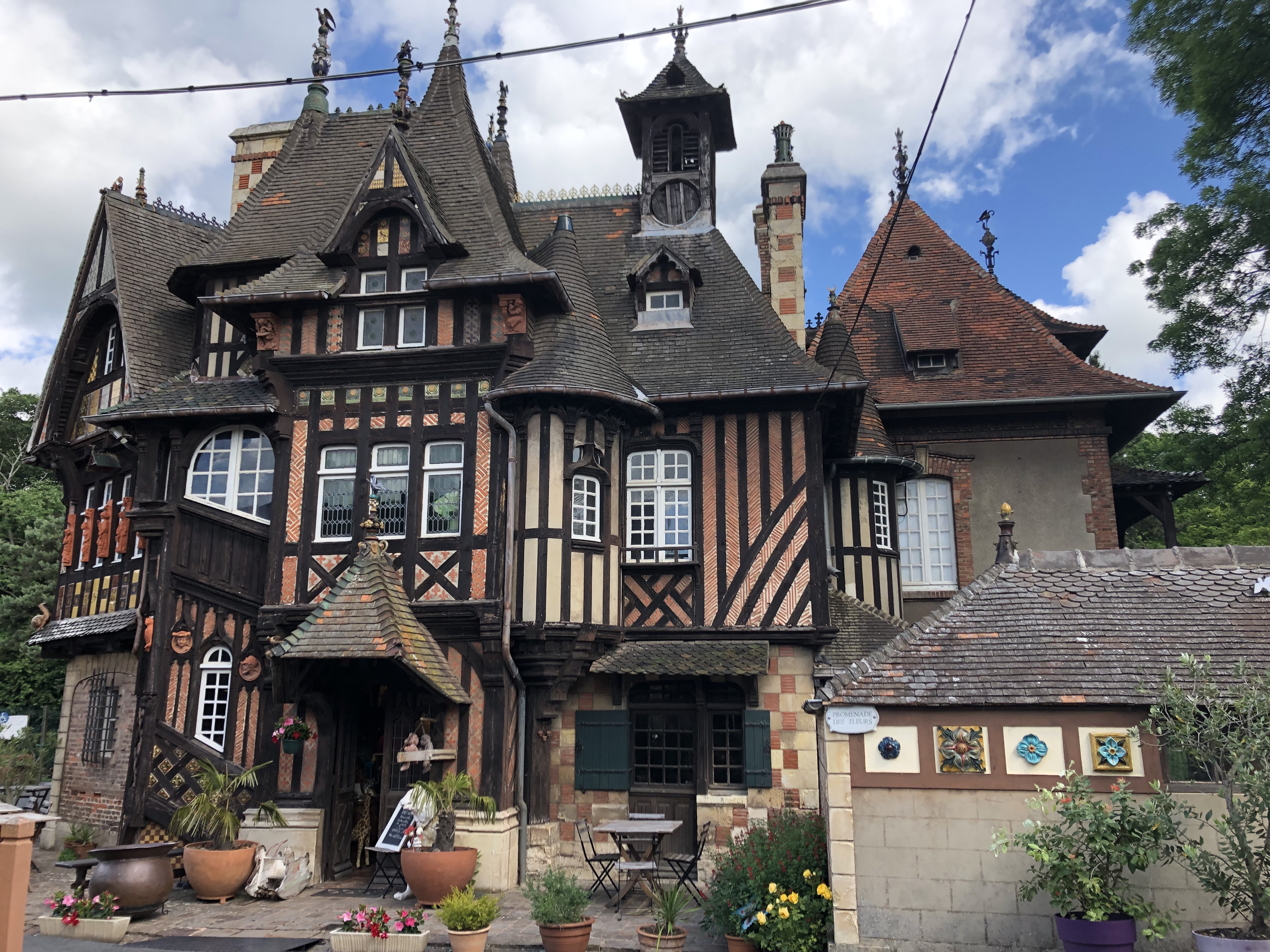 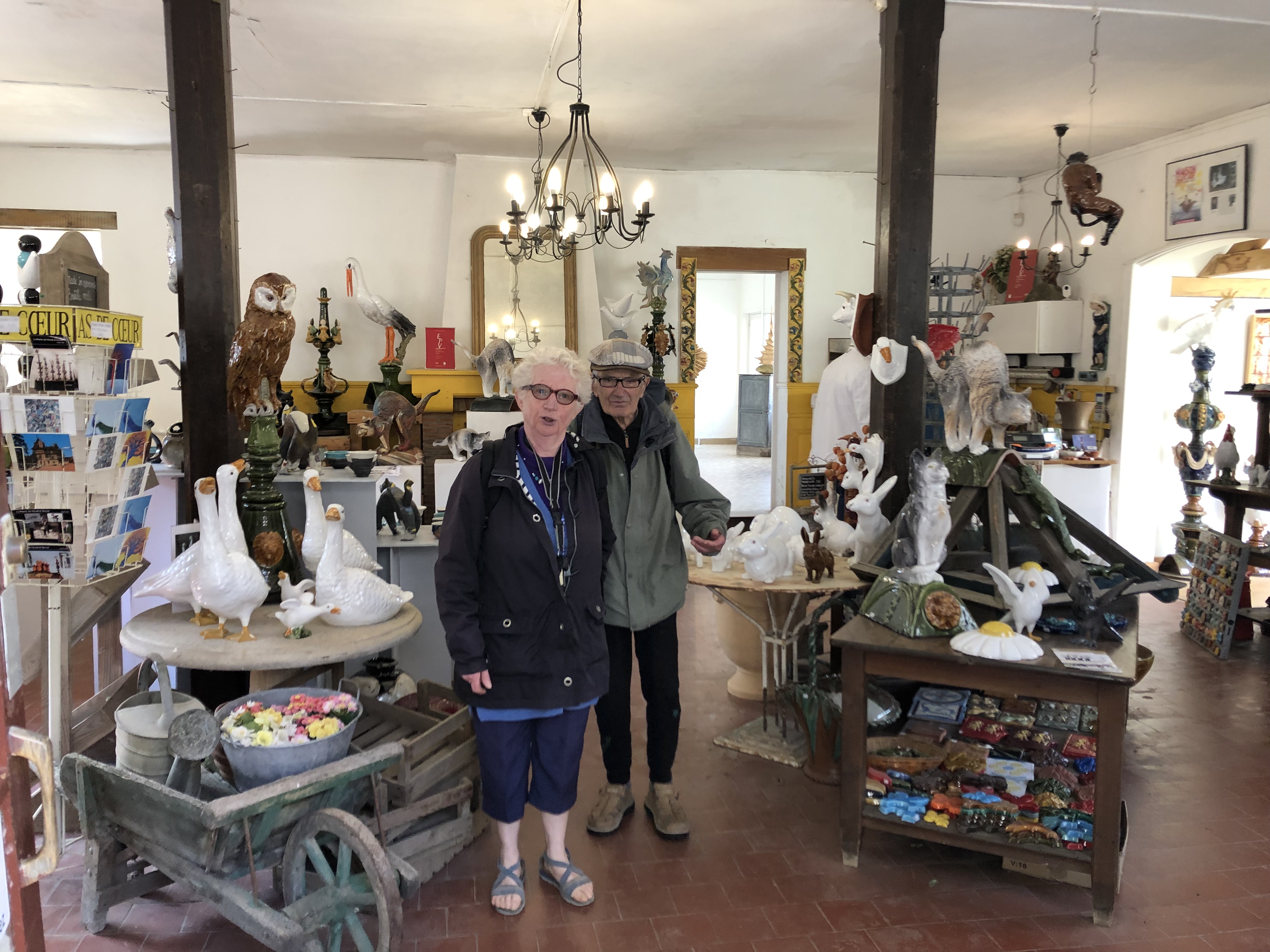 Reflecting On The Beach

It’s unimaginable the horrors experienced a short distance away from Cabourg all those years ago. It’s a glorious golden sands beach, lined with magnificent buildings. 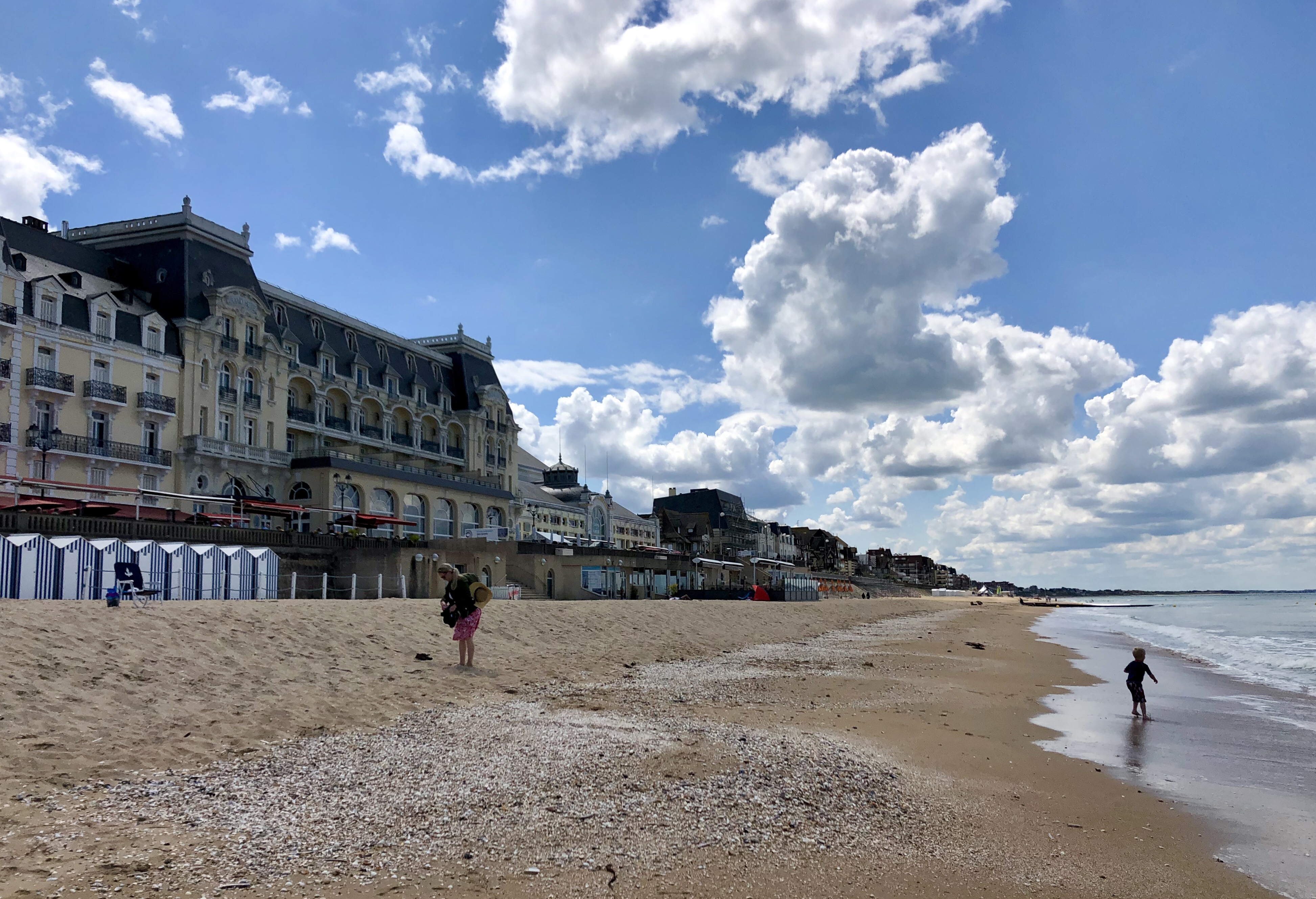 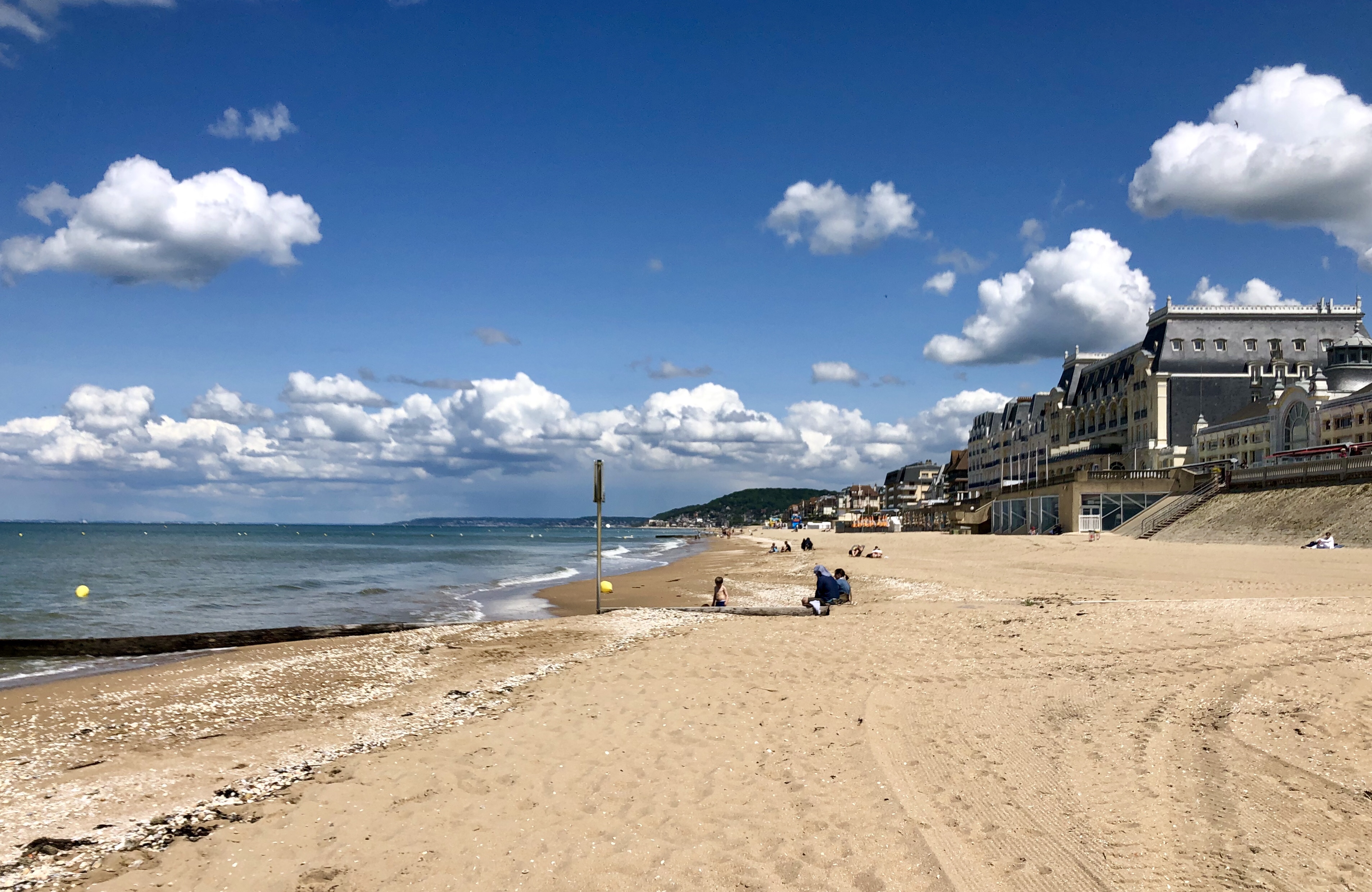 I sat and chilled for an hour or so this afternoon. The first of the beach scenes above look towards the D-Day landing location in the distance. Our visa challenges are paltry compared to the suffering of 1944 here.

However for us it’s real enough and upsetting.

Our kiwi friends paid for us to come with them on a boat on the French canals. Unless we hear in the next few days, Barry isn’t going to experience the journey with us.

I’ve looked back this evening at the previous application. It was received by UKVI on 18th July 2016, and successfully granted on 1st September 2016. Just over six weeks later. No wonder we were so optimistic that we’d hear well before now! How can it be so different? Nothing has changed for us.

This time the application was received by UKVI on 31st January 2019. It’ll be 19 weeks tomorrow since then. Crazy 🙄

Heartbreaking. I’ll be leaving Cabourg first thing tomorrow to travel by bus then two trains across France to Strasbourg where I’ll be meeting our friends Kerry and Tony.

I keep wondering if we’ve missed something, or that Barry’s file must’ve fell off someone’s desk and it’ll suddenly be ‘discovered’!