We knew it was a gamble when we impetuously decided not to ‘Fast Track’ Barry’s ILR visa on the day of submitting the application in mid January. We’ve since questioned ourselves incessantly about the rationale of that decision. We recall thinking it was a possibility we’d miss our booked trip to Amsterdam in April (when I booked the trip we had every intention of Fast Tracking!). We felt the Geneva trip in May was fairly safe. But we never imagined that by June we still wouldn’t have the visa, and Barry wouldn’t be able to leave the country.

But here we are. It’s happened. Nobody’s fault but our own. We had the means and the way to make it happen within a week (assuming the application was successful which we can’t imagine a reason why it wouldn’t). We chose not to take it. To save £610 I think it was at the time. Not a paltry sum! However, the cost financially and emotionally since then has been far greater.

Our French trip was planned around the availability of my parents’ French friends being at their holiday home in Cabourg. On the Normandy coast. What better way to get there than by ferry? Looking for the cheapest options, we booked coaches from Birmingham to Portsmouth. Sadly by the time we booked the ferry there were only reclining chairs available. We hadn’t realised then about the D-Day landings 75th anniversary celebrations taking place on 6th June! 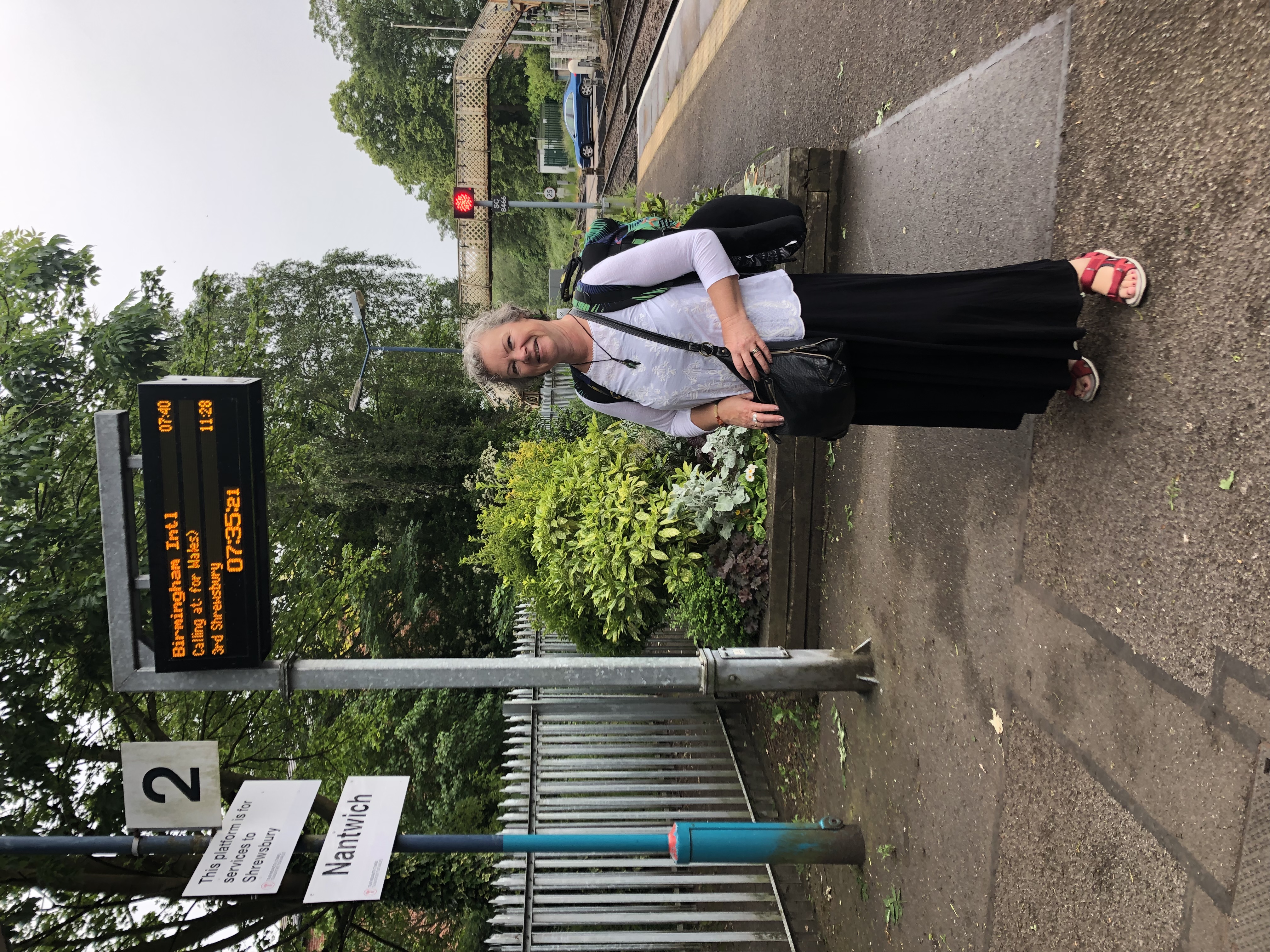 This morning Barry accompanied me to Nantwich train station where I got the 0740hrs service to Birmingham New Street. It was quite a sombre walk. A horrid feeling of helplessness. We did however chat about a number of possibilities, should his visa miraculously arrive in the next few days.

The train got me to Birmingham in plenty of time to chill with a coffee and bacon and egg brioche at Pret A Manger before heading to the Coach Station. I got lost! Asked a bus driver who said he was going that way so I hopped on board. My sense of direction is hopeless. Even with my phone sat nav! Barry thinks I may end up in the wrong country …

Coach one got me safely to London Victoria. Very comfy it was too. Not packed. And I got seated by the emergency door so lots of leg room. Oh yes! My newly acquired coccyx cushion came in handy! After a week of running around after our grandsons (big family holiday at Northmoor House last week), I spent most of a Friday sat down catching up on work and somehow injured my tail bone. It’s been excruciating. Thankfully it’s feeling much better now. Not the best for lots of travel! 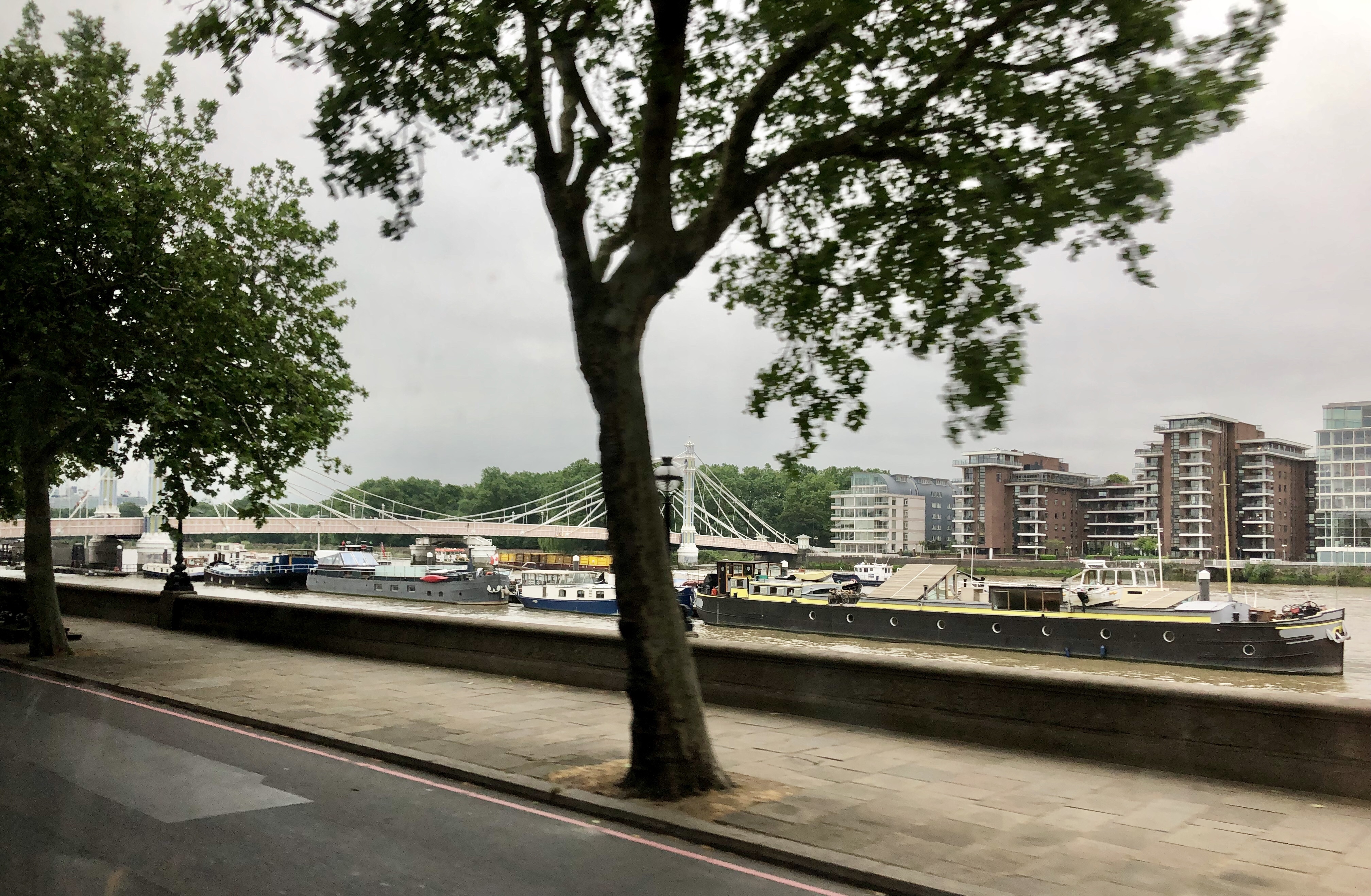 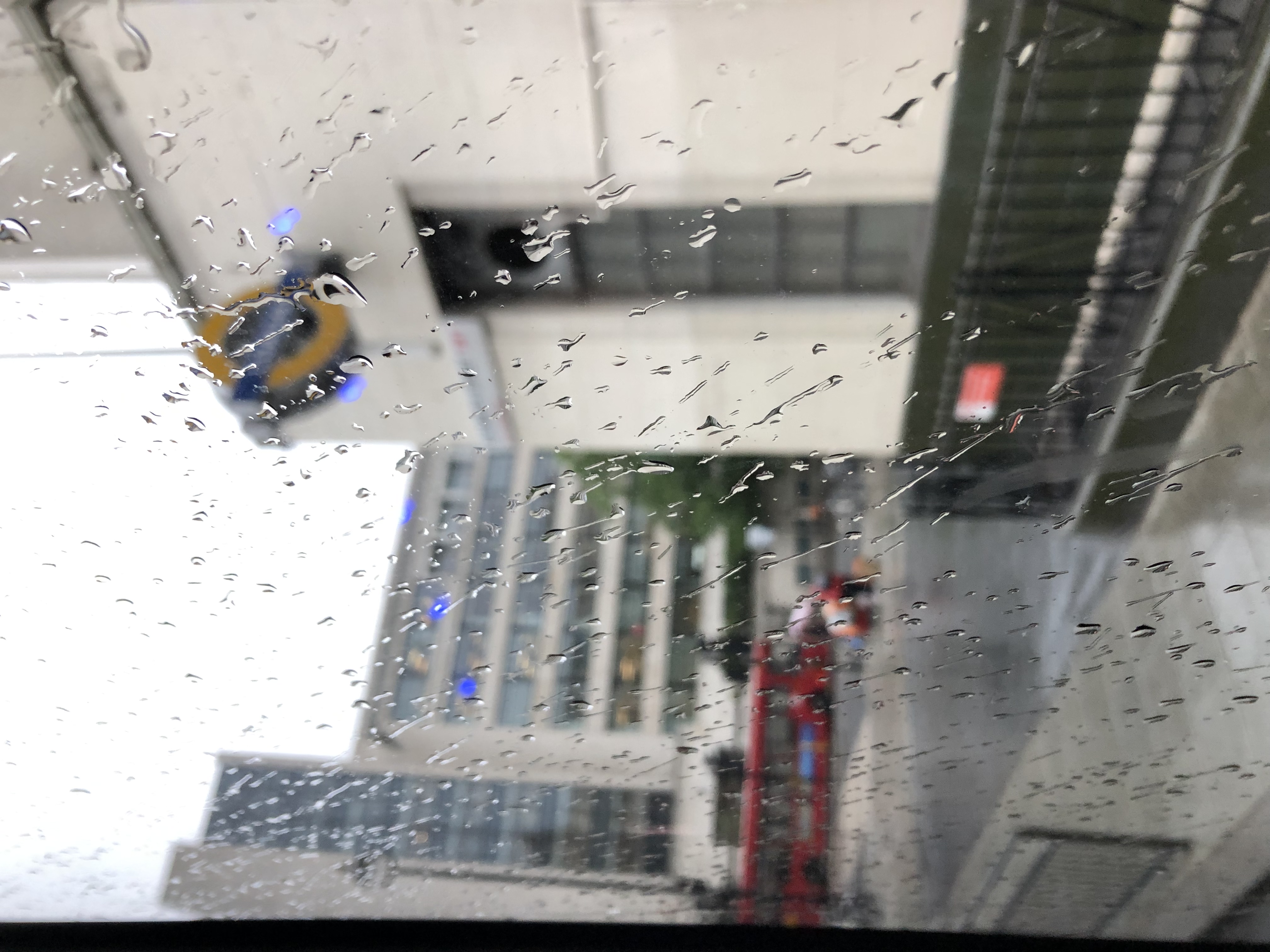 It’s been rather a gloomy day weather and emotions wise. Rather surreal.

Portsmouth International Ferry Terminal appeared out of nowhere as I was engulfed in a movie on my iPad. Both coach journeys were impressive. In 2006 I’d booked a National Express coach from Birmingham Airport to Heathrow, which never turned up. About a dozen people waiting were let down. Most missed their holiday. I was returning home to New Zealand and my darling dad drove me to Heathrow so I didn’t miss my flight. He was 86 years old. I was so cross I’ve avoided National Express coaches ever since. The excuses they made were pathetic and all they reimbursed was my ticket. Not my dads fuel or any semblance of compensation. So today’s journey has been a positive experience thankfully. 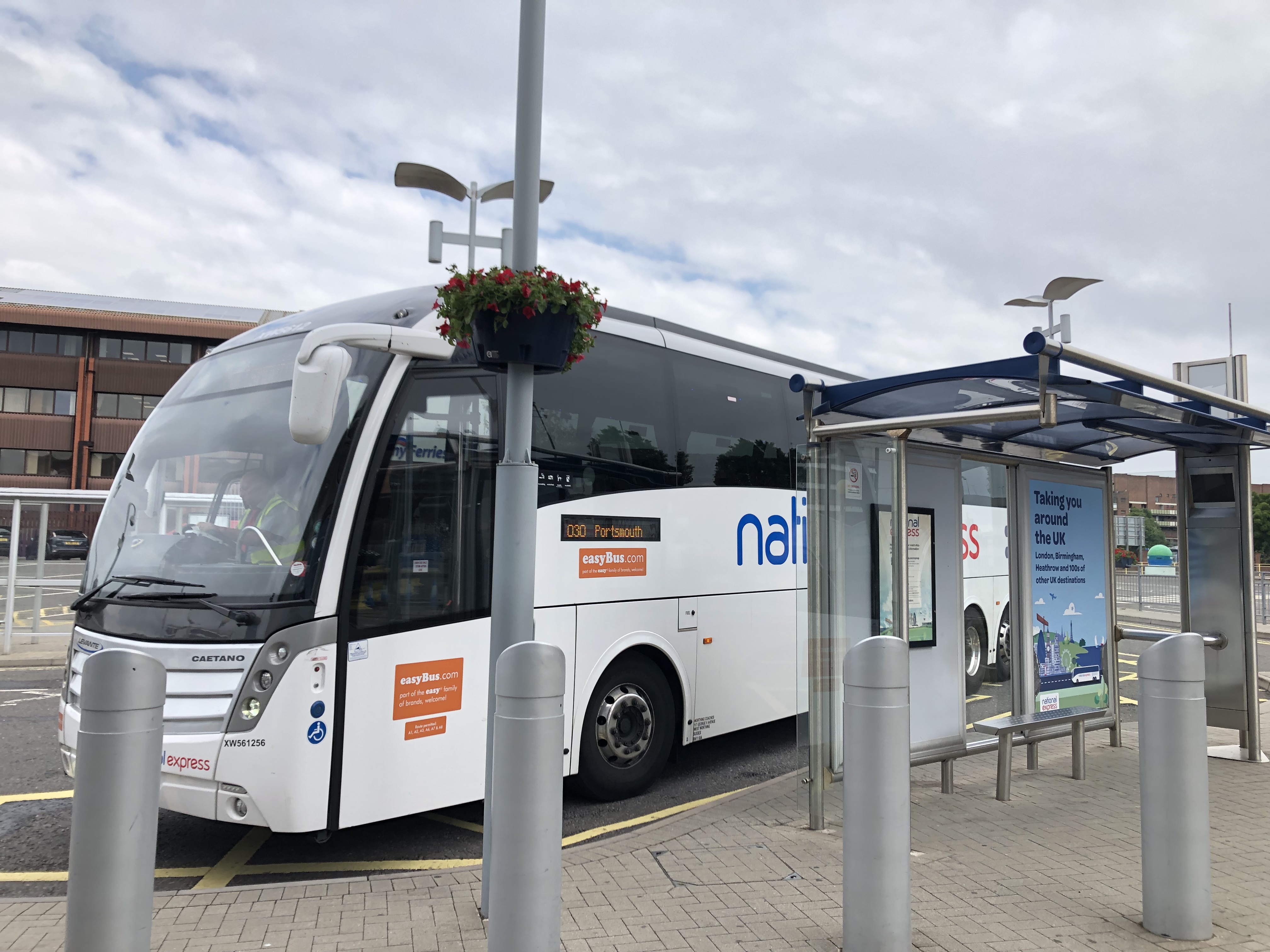 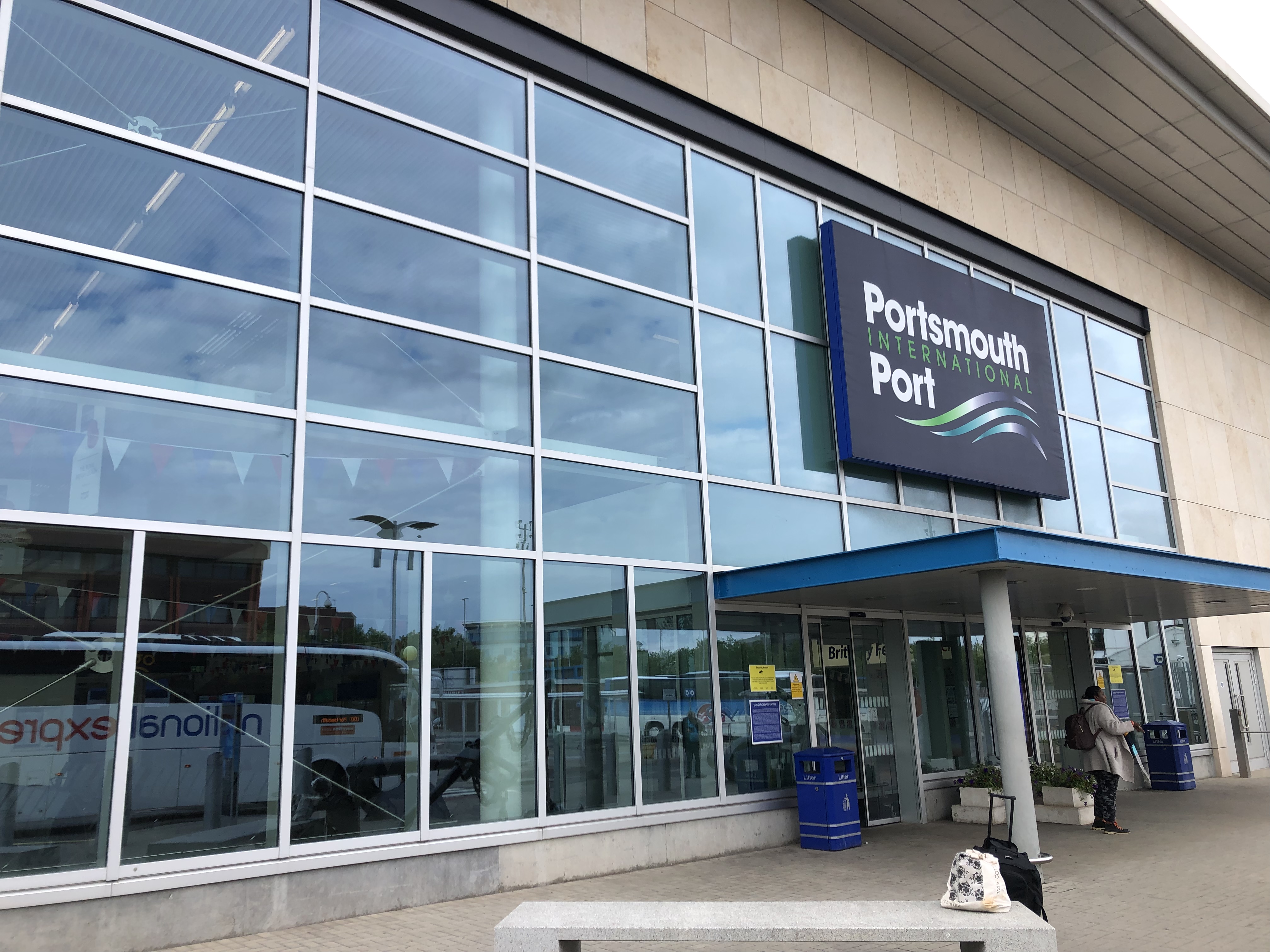 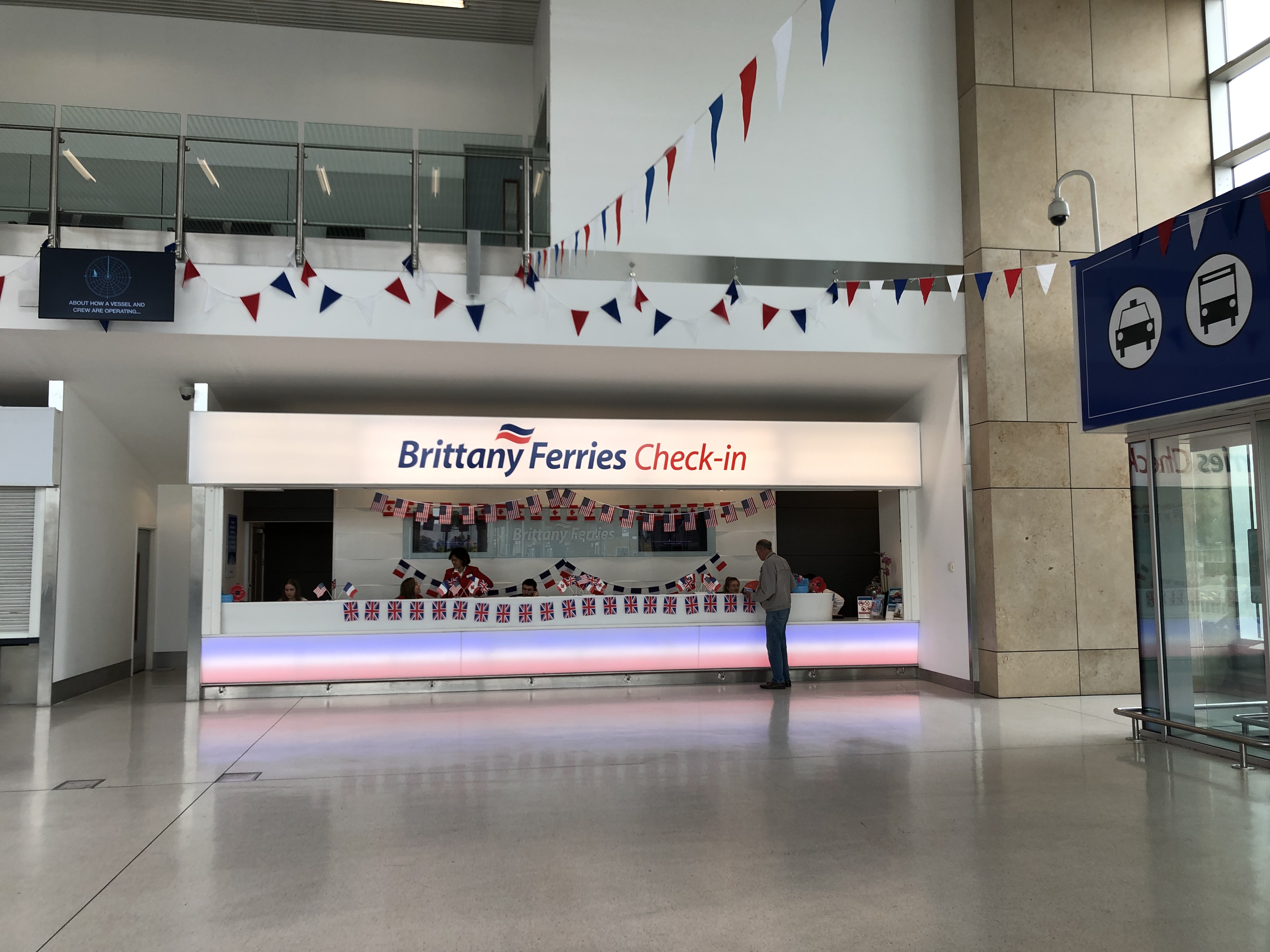 I arranged to meet up with my sister Linda and her husband Dave in Portsmouth as they live nearby. So great to have some company before the overnight crossing to Caen. 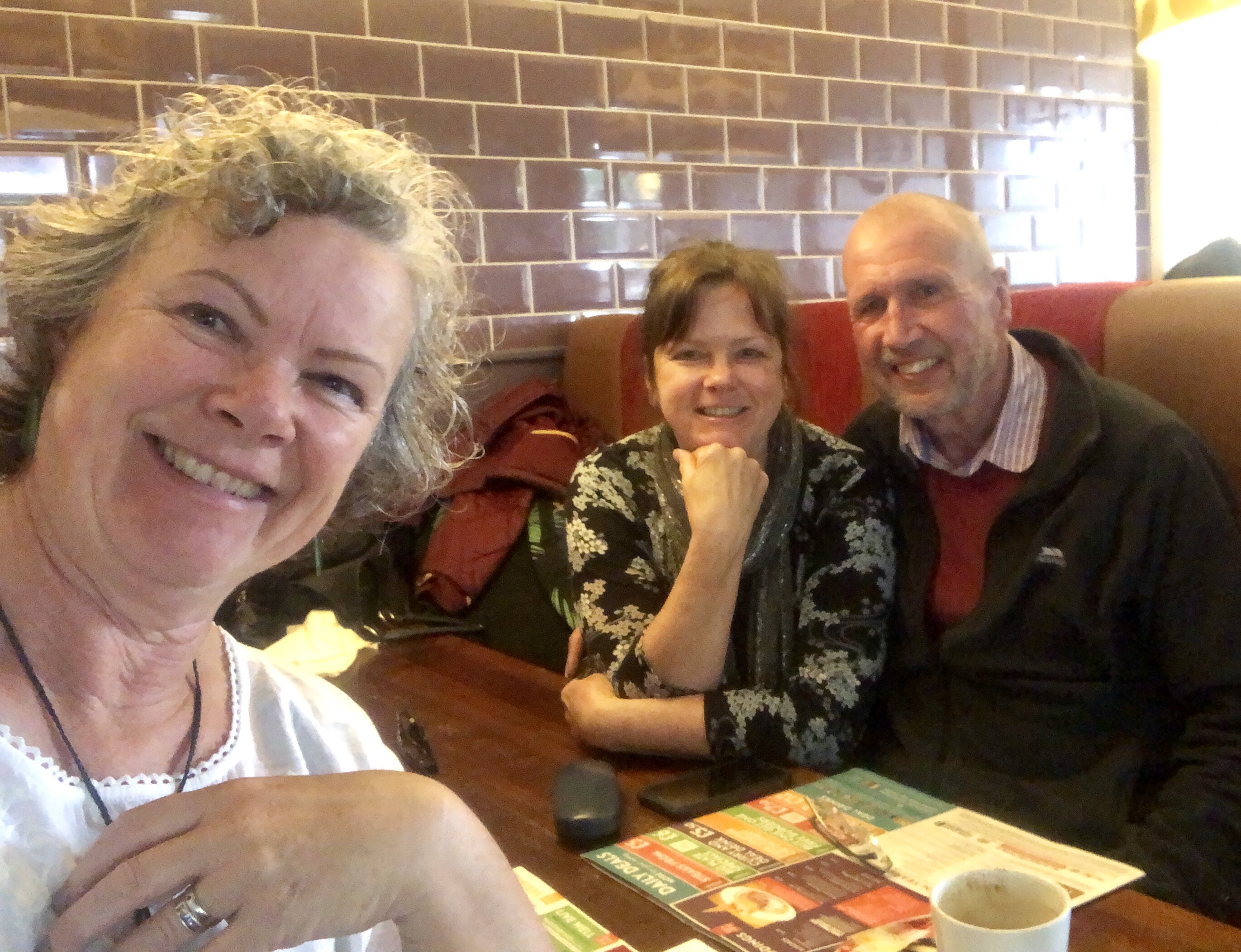 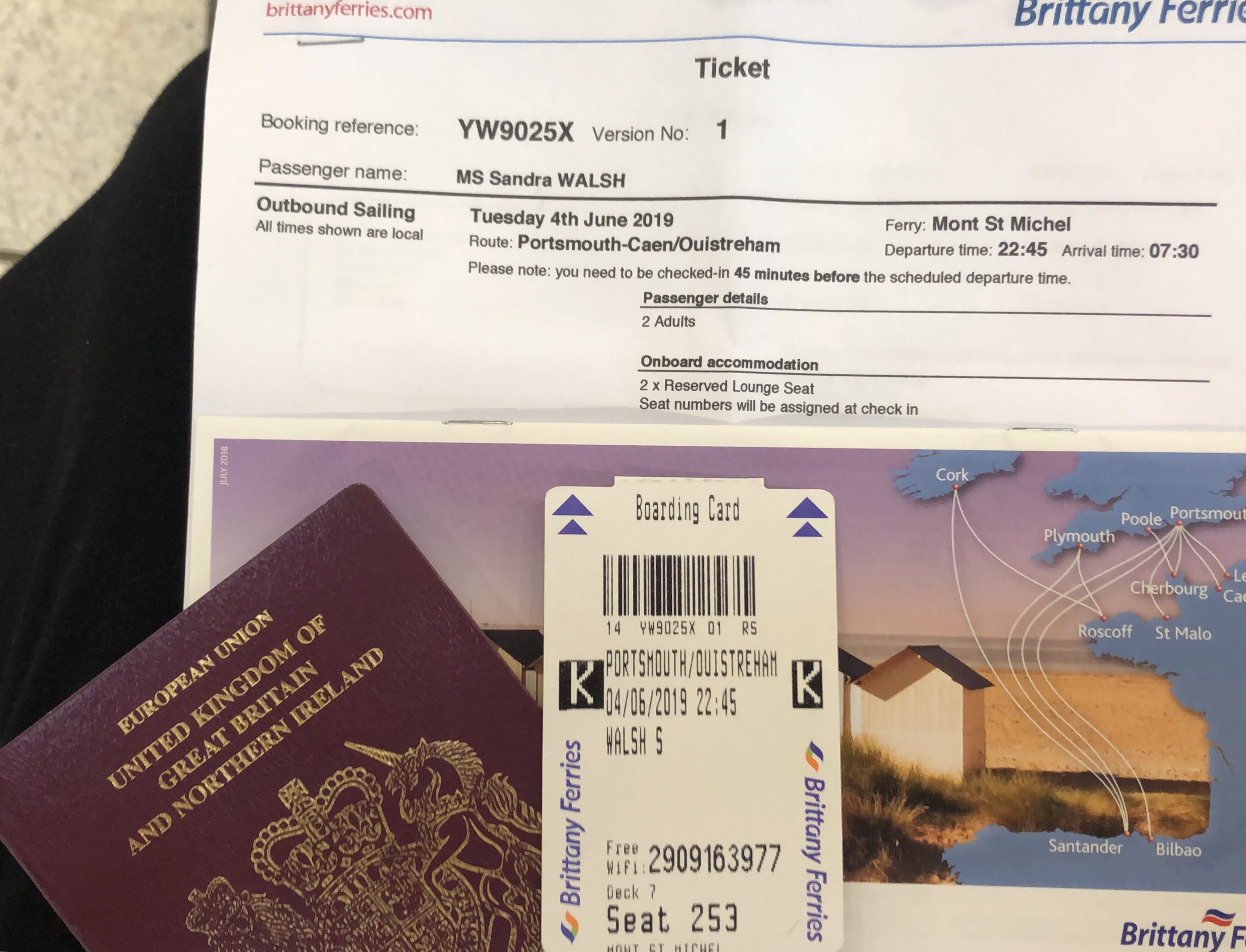 Now I’m all checked in and sat in the waiting area. Along with hoards of people, mostly male, who are heading to Normandy for the 75th anniversary ‘celebrations’. Is it celebrations I wonder.? More like commemorations I think, and honouring those who gave their lives. Dave told me his dad was on the beaches there 75 years ago this week. And possibly Barry’s dad.

Keeping you all updated …

My intention is to blog daily while away. It’s likely I’ll have time to sit and appreciate all the experiences as well as any visa news. This morning I emailed our solicitor (again!) in the vain hope she can do anything to help. Unlikely but we’d do anything to get Barry to France ASAP to be the a Captain of the boat!

Whether I stick to the commitment is anyone’s guess. Bets anyone???

2 thoughts on “Day One – We Never Expected This”