Since last September, we’ve been switching between three mooring spots in a small geographical area close to Lichfield. During the winter months, 1st November to 1st March, most 48 hour CRT moorings become 14 day ones. It makes a huge difference to us, especially while running a Calendar Club Store, as well as generally simpler living through the cold, short days without the need to move frequently.

For five months now Hopwas, Whittington and Alrewas have been our temporary ‘home’ locations. On Saturday we finally moved further afield, and ascended Locks 18 and 19 past Fradley Junction, onto the Trent and Mersey Canal.

Being Mindful of Winter Stoppages

Each year, when there are fewer boats cruising the system, CRT plan remedial works and announce winter stoppages.

From 3rd January major work began on Lock 16 at Fradley – replacing the top gate, repairing cill and brickwork, improving the lock ladder, and completing some smaller, below water, tasks on the surrounding locks that fall within this stoppage (https://canalrivertrust.org.uk/notice/12970/lock-16-keepers-lock-fradley-trent-and-mersey-canal)

It’s best to sign-up and keep up-to-date with these occurrences, or it can have disastrous consequences.

We walked around Fradley Junction a few weeks ago when we moored temporarily below the swing bridge, and saw the extent of the work first hand. We heard about a newly purchased narrowboat and its occupants who were mysteriously moored below Lock 16 – they’d arrived there with no knowledge of the locks closure and were stuck for who knows how long. It would’ve been an awful long way to reverse back the closest winding hole!

Barry took a few photos of the lock under repair … 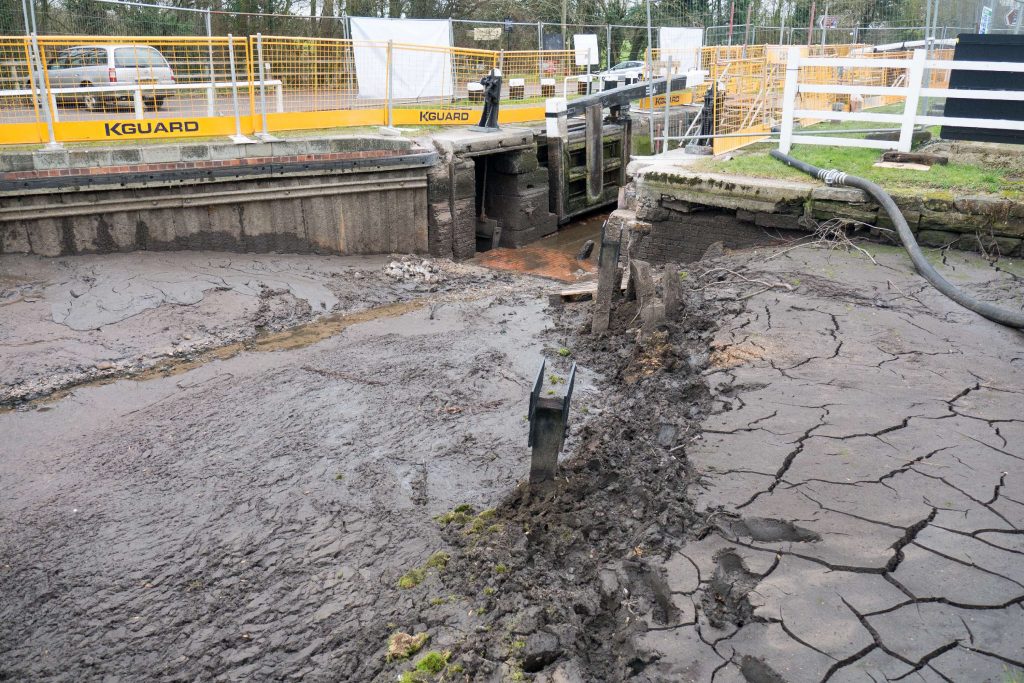 By last Saturday the work looked complete, and equipment was collecting at Lock 18.

We’ve known for a while that Lock 18, Shadehouse Lock, has been due to close for repairs from today – Tuesday 12th February. Well Barry has to be fair! Organising travel plans on the cut tends to be a ‘blue’ job rather than a ‘pink’ one. He’s so much more qualified to do it 😉 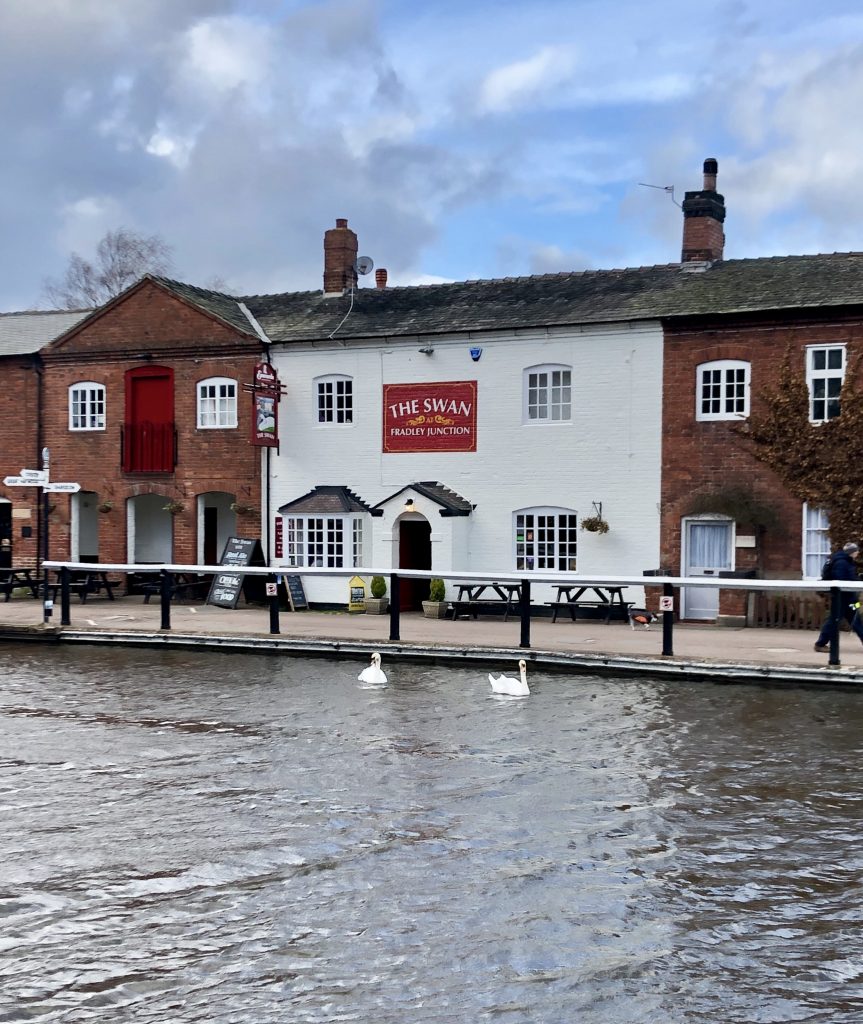 A couple of swans swanning around The Swan! One of the most photographed pubs on the system

We moored above Lock 19 for a couple of nights – it’s got to be one of the quietest and least light-polluted moorings on the system.

Now we’re settled for a while at Handsacre, where we stayed briefly last August for our niece’s wedding ..