Last year we ran the Lichfield Calendar Club shop for 14 weeks. This season it’s ‘only’ 12 weeks, and we’re already half way through! Hard to believe then that it’s almost Christmas. Customers frequently say they know that time of year is near once we pop up.

It won’t surprise you to hear blogging isn’t high on our agenda at the moment, but I shall continue to keep you updated when possible.

Grab and run and roundabouts

Lichfield is a special city, full of charm and character. It’s famous of course for its Three Spires Cathedral, a short walk from our shop.

Opposite us there’s a butcher’s shop, which has a wooden door leading to something (unknown) adjacent to it. Frequently during the day we hear said door banging. On Tuesday 13th November I was in the shop alone, as Barry had a day off, and I heard a crash. I just though it was the door as usual. A few minutes later my niece appeared at the doorway and told me there’d been a robbery at the nearby jeweller’s shop, City Jewellers. An axe had been thrown through the window, and watches and jewellery snatched before they ran through the alleyway to a getaway car.

I had a number of customers come in that day exclaiming “You don’t expect that in Lichfield do you?” Bless them, it can happen anywhere, though it’s fortunately a rare occurrence. 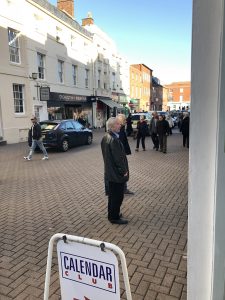 City Jewellers, two shops up from the car on the left , just after the robbery 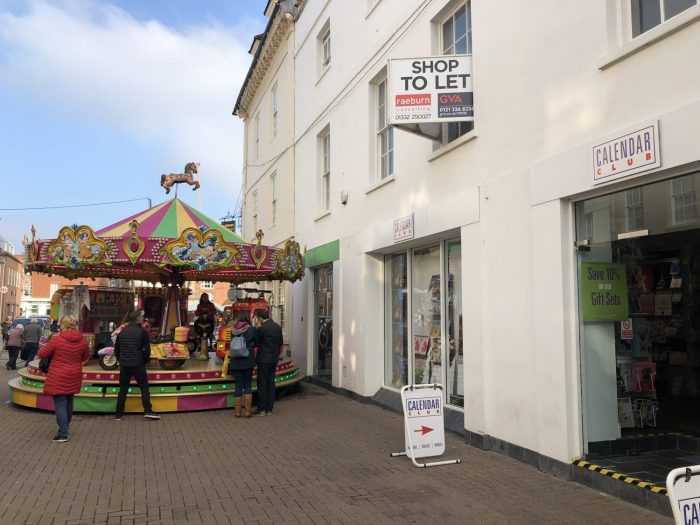 A random roundabout appeared outside the shop

On Wednesday 14th November I had the luxury of a lie-in, followed by coffee and catch-up in Lichfield with a previous midwifery colleague. Immediately afterwards I did our banking, at the local Nat West (run by a lovely group of women), which must be done by 1pm each day. There was, as usual, a long queue, but I fortunately made the deadline!

On returning to the shop I saw Steve, our Territorial Manager, and Claire, Head of Sales and Customer Experience, standing in the shop. Phew! They’d only just arrived so I hadn’t missed much. 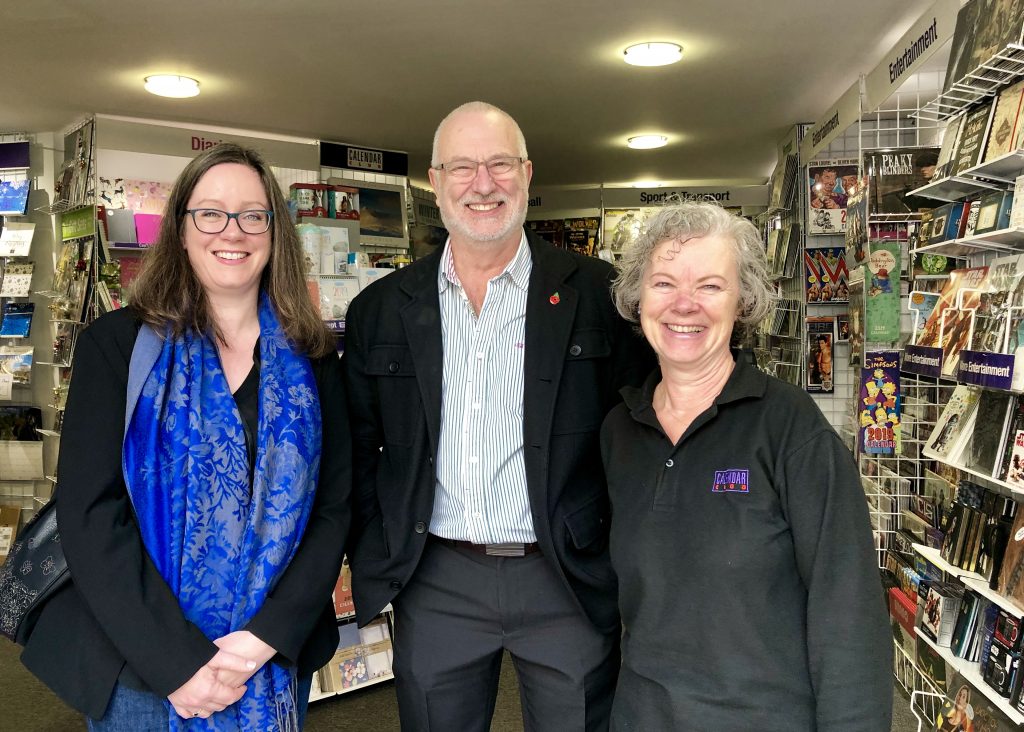 A few days away

Last week I left Barry to run the shop alone for a few days, as it was our eldest grandsons ninth birthday. The evening before I left, I enjoyed a frivolous ‘girls night out’ with school friends I’ve known for 55 years. We do our best to get together at least once  a year, and Karen usually brings a photo from an event we’ve shared from times past. This year it was Sarah’s Hen night, in the 1980s, around 25 years ago.  We had lots of fun and laughter attempting to recreate the image during the evening. I think we’ve ‘matured’ rather well, don’t you? 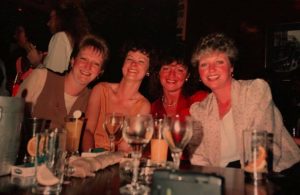 Sarah’s Hen Night in Birmingham, around 1975 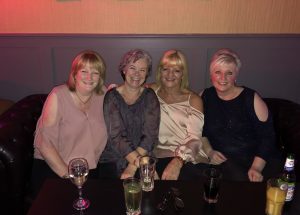 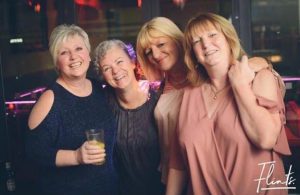 The third photo was published on Flints Bar Facebook page, taken by their official photographer, so we’re in a different line-up but I love it! I especially love the purple ‘flower’ that seems to be attached to my left ear, but is actually just a light …

When I returned on Wednesday, we couldn’t decide who was more tired!  I had great fun of course, especially the Crocky Trail day on Sunday, and a rare, precious couple of days with Lisa whilst the boys were at school. 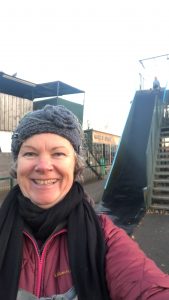 A day at The Crocky Trail near Chester 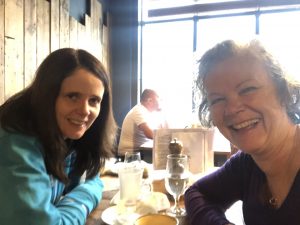 Now we’re well into the Black Friday madness. Much as my conscience would rather not be encouraging people to spend money on ‘stuff’, I do believe in the product we’re selling and feel it’s useful rather than unnecessary.

We started yesterday and continue through till tomorrow evening, when we’re open late as it’s Christmas Light Switch On here. Buy One Get One Half Price – on anything in the shop except Gift Wrap, or Barry and I!!! 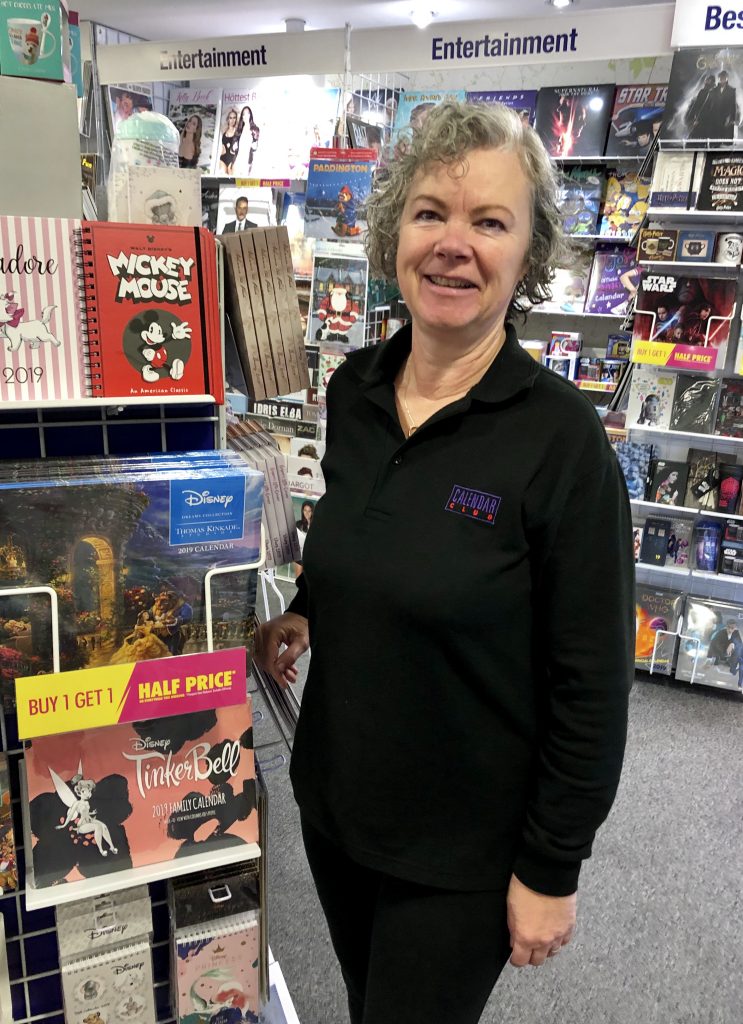 4 thoughts on “Already Half Way Through Our Season Today”