There’s something very special about being in a loving relationship that thrives on a (mostly!) strong partnership ethic. The intensity of running a Calendar Club store, seven days a week for around three months, really highlights this aspect of our marriage. This week’s been a perfect example of sharing the responsibility, and I’m counting my blessings that my life-path coincided with Barry’s in Gisborne one night in August 2005.

On Monday I drove to the dentist in Ombersley near mum’s house. It’s a bit of a problem living on a boat, being registered with doctors and dentists. We’ve not had time or chance to change to ones near my daughter yet, following mum’s death in May and the consequent alteration of our mailing address. So we’re keeping the current ones until we can!

From there I travelled to Brighton in a hire car for a couple of nights with my younger daughter, who’s over this week from Nigeria where she currently works. It was a whirlwind, far-too-short, but tremendously precious time together. 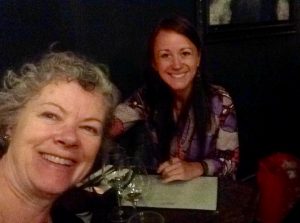 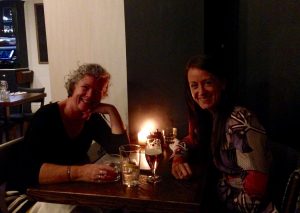 Wonderful treat of a scrumptious meal out at The Ginger Pig, as award winning restaurant in Hove

Amazingly the sun shone and it was deliciously mild.

She’d booked us tickets for a spooktacular nearby event ‘Tulley’s World Famous Shocktober Fest Scream Park‘ that I imagined would scare me heaps. I was intrigued that it didn’t. Though I reckon it’s my advancing years that helped me find it far more fun than frightening! We laughed loads. Screamed a little. So good for the soul. 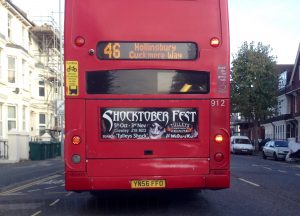 It’s a big event in the south east 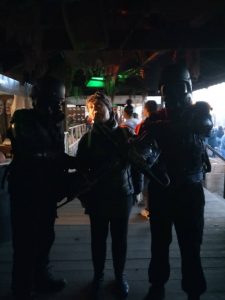 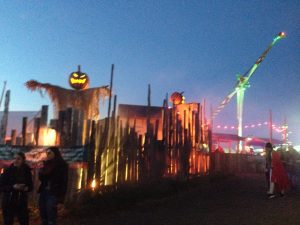 Pumpkins and fires all around 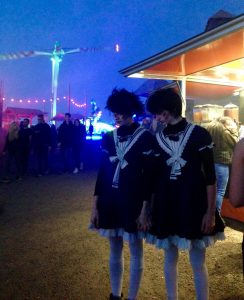 These twins scared a few folks – not sure what film they’re fro? 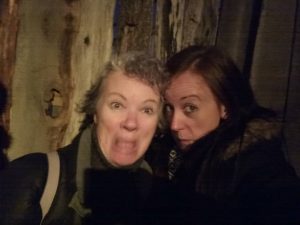 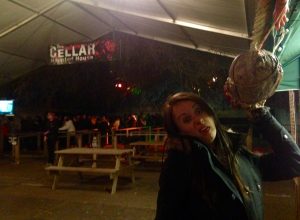 Ready to queue for another spooky attraction 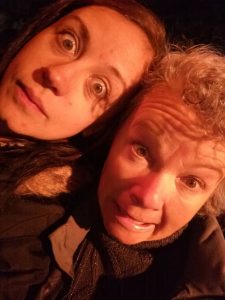 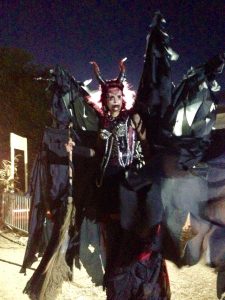 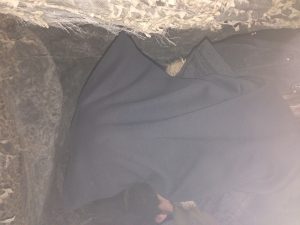 One of the ‘haunts’ involved wearing a black hood – freaky! 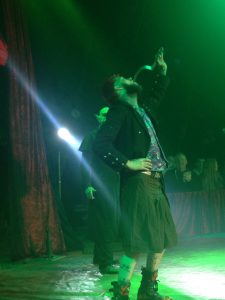 Sword swallower (how do they do this??) in the ‘Circus of Horros’

Walking through Brighton yesterday I spotted their Calendar Club Mall Unit, so took a snap.  There’s 155 stores and Mall Units across England, Scotland and Ireland up and running now, and over 100 still to open in the next few weeks.

Shortly afterwards, strolling up a busy city-centre street I heard my name mentioned – and turned to see a face I recognised, but couldn’t place. I suspect because I’m used to seeing Ray on a boat, rather than on land! Wonderful to bump into you Ray (from NB Stronghold), take good care. 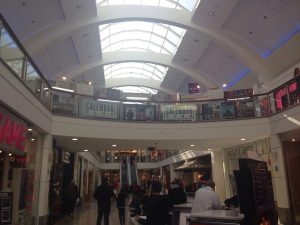 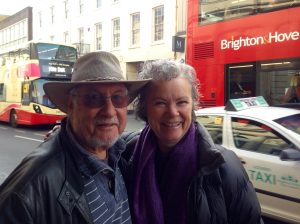 One Less Bureaucratic Box to Tick

I returned safely on board Areandare late last night, rather tired after three jam-packed fabulous days, and lots of driving. This morning I dropped Barry off at Lichfield Trent Valley station just after 7am, where he caught a booked train to Manchester. It was my turn to run the shop alone today.

One of the boxes he has to tick to be able to stay in UK with his wife (me!) is a ridiculous thing called ‘Life in the UK‘ test. There’s no doubt in my mind the vast majority of the British public would fail miserably. Most of the information is irrelevant to every day life here. But hey ho. He’s studied and taken sample tests for months (thanks for the loan of the book Tom from Waiouru).

Why, you may ask, did he have to travel all the way to Manchester to do this? Because our new postcode, that we must have for mail and ‘evidence’ for Barry’s visa application, is at my daughter’s. She live’s in Cheshire. When our ‘address’ was at mum’s his test would’ve been in Birmingham.

Oh my goodness. So much bureaucracy we have little choice but to accept in order to fulfil the ‘powers that be’.

Unsurprisingly, after studying ‘the book’ (not updated since 2013 by the way) on and off since 2013, and doing many practice tests, not to mention his fascination for British history, Barry passed the test. I’m sure he did so with flying colours, 100%. But they don’t actually give you your marks. Just a “yes you’ve passed” and a signed ‘Pass Notification Letter’ to add to the mountain of supporting evidence we’ve already gathered for his final application next year. 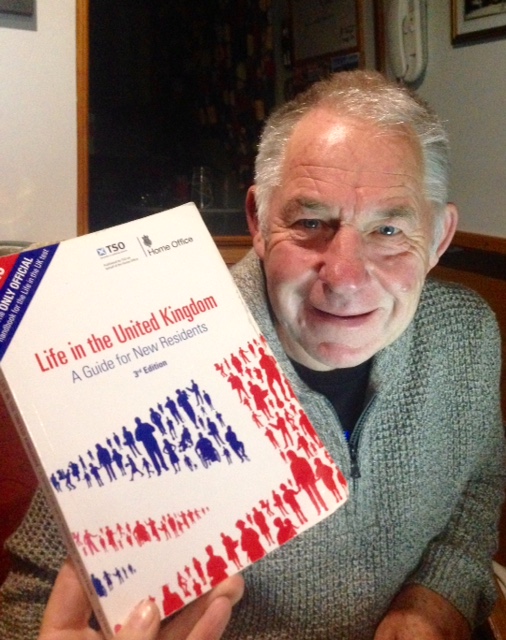 6 thoughts on “Life in Brighton and the UK”