The main narrowboating portion of Ray’s experience with us, came between our time in London, and a week of travelling up and down the UK (quite literally! But that’s the next post …).

As always, Barry had planned a plethora of adventures to tittle Ray’s taste buds for England and all it offers. There were also a few impromptu experiences to share.

One of our challenges from welcoming so many visitors on board, is continuing to earn money while we travel and entertain. We’ve not been terribly successful at this venture in 2018 (unsurprisingly!), but we do have a number of options and opportunities we’re pulling together.

In Ray’s first week on board, from Monday 30th July, I had some work to do with the company I now work for, Ad-Extra. It meatnt Ray had a bit of a baptism of fire from Barry on the intricacies of locking. And he did an excellent job with, as far as I’m aware, no mishaps. While I sat indoors with curtains closed, eyes down on my laptop slaving away feverishly to get the job done in time for the excursions to come.

We celebrated his 64th birthday (am I allowed to reveal that Ray? Too late …) and treated him (and us!) to a tasty meal at a countryside pub , The Mermaid at Wightwick.

We felt it rather pertinent to show Ray the terrific Rock Houses at Kinver. New Zealand of course was the country where Lord of the Rings was filmed. However, Sarhole (now Hall Green), is where Tolkien lived from the age of four. We (and many others) suspect the Kinver Rock Houses were his inspiration for Hobbiton, the only remaining scenery from the film.

The Kinver Rock Houses are spectacular, managed by the National Trust which we purchased annual membership for over the summer. We’d highly recommend them as a place to marvel over. Once again I stayed on board – I suspect I was working once again!

Now take a look at Hobbiton, not far from a place called Matamata in the North Island of New Zealand, as seen in November 2012 when the area had been restored for the film The Hobbit (my photos, not Barry’s) … You can see the resemblance in the photos we posted the last time we visited them Barry took better photos of the Hobbit holes at Kinver.

Cruising on to Kidderminster it felt appropriate to offer Ray the enjoyable experience of a Severn Valley Steam train Heritage journey from there to Bridgnorth.

I’ve had the pleasure of travelling on this line a number of times, with my mum and dad, mum only, and with Barry. This time I sent the boys off together – cheaper and more opportunities for then to talk technical train jargon!

I have to admit there truly are some incredible sights and places to see in this country. I do understand why Barry finds it all so fascinating.

Cheers Ray! What a terrific tour guide you chose. 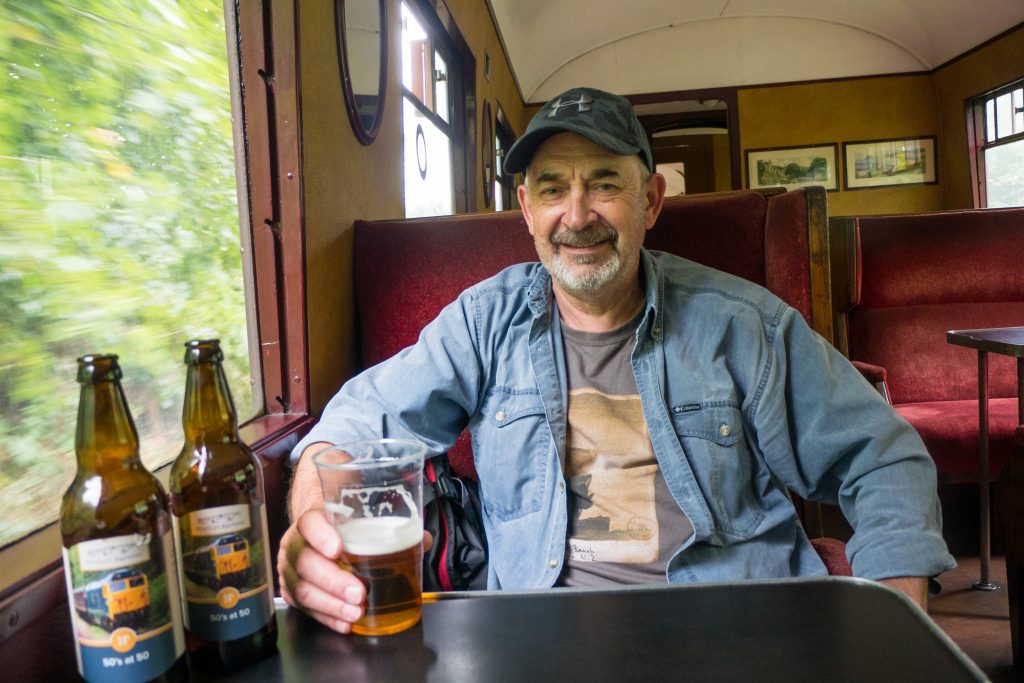 Floating on down the River Severn

Continuing our journey southwards, we left Kidderminster for the inland port (seriously!) of Stourport. Firstly though we passed a number of pleasant scenes, including the church below which is on one of Barry’s Greeting Cards (click here to check them out).

Along the way we spotted hordes of ripe blackberries, hovered at the edge of the canal and picked a bowlful which I made into a blackberry and apple crumble for tea. You can’t get much fresher or cheaper than that!

Worcester is one of our favourite cities in England, the views from the river are sublime, and there’s always lots of activity on the water. 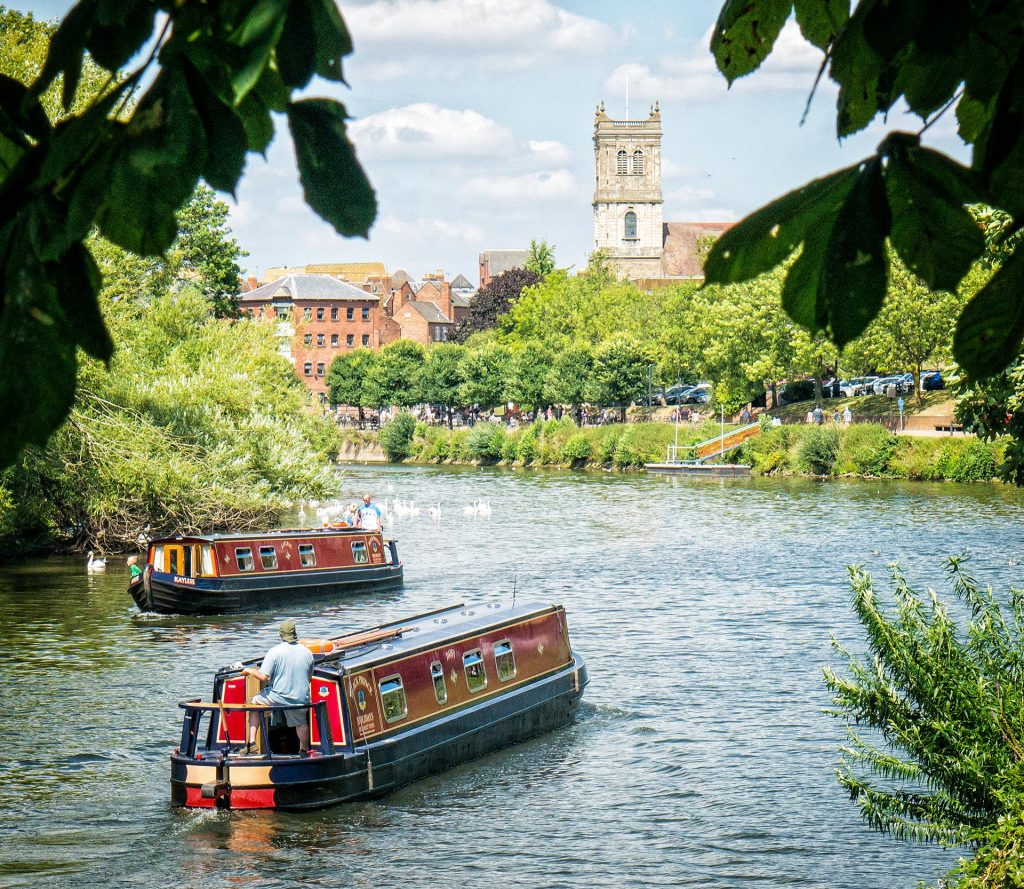 And a fair bit of frivolity too around Narrowboat Areandare, as you’d expect! Well the name says it really, R and R. There was plenty of that during Ray’s stay. Oh yes! I almost forgot – there was heat. From the sun. Amazing weather for England and Ray’s inaugural visit here. Marvellous.

The next post may find it’s way here sooner, as the only photographs are mine so I don’t have to wait for Barry to provide them! More about that in a couple of days – as we travel almost the length and breadth of the UK by car. A much faster journey than by boat.

Where are we in real time?

One day soon, we hope to be up-to-date with the blog! A number of  people have remarked they thought we were living more slowly on the canals – well yes and no. The past few weeks have been catching up with a whole heap of things after our busy summer. We’re getting there …

We’ve just traded at our first festival of 2018, at the Black Country Boating Festival (BCBF). It was our fifth year there which is incredible. We moored in the same place, snuggled between Helen and Andy on Wandr’ing Bark trading as Wild Side, and AnnaMarie and Kath, on Ewart, selling amazing watercolour artwork. It was their first ever festival. And we loved them. Check out their ‘Vlog‘, The Narrowboat Experience, which if you don’t know what it means is basically a video blog. I’ve been trying to persuade Barry it’s something we could offer readers. Maybe spending time with these two has sparked something – watch this space. A new project may be on the cards in 2019 …

One thought on “A succession of summer visitors part 4b trains, rock houses and a river”