After a long weekend in Ombersley sorting out some of mum’s, and our remaining ‘stuff’, we got back on board Areandare the evening of Monday 9th July. A mere two days later we were off again heading back to Lisa’s for the school run on Thursday 12th! Needless to say we extended the Enterprise car hire for the time we were both travelling down and up the country – it’s certainly not a cheap exercise.

By Friday 13th we were back on board, car returned, and ready to untie from Northwich to move leisurely along the River Weaver, and head back up the Anderton Boat Lift (Barry loves photographing this structure as you’ll see below), preparing to collect our next Kiwi guests the following day. 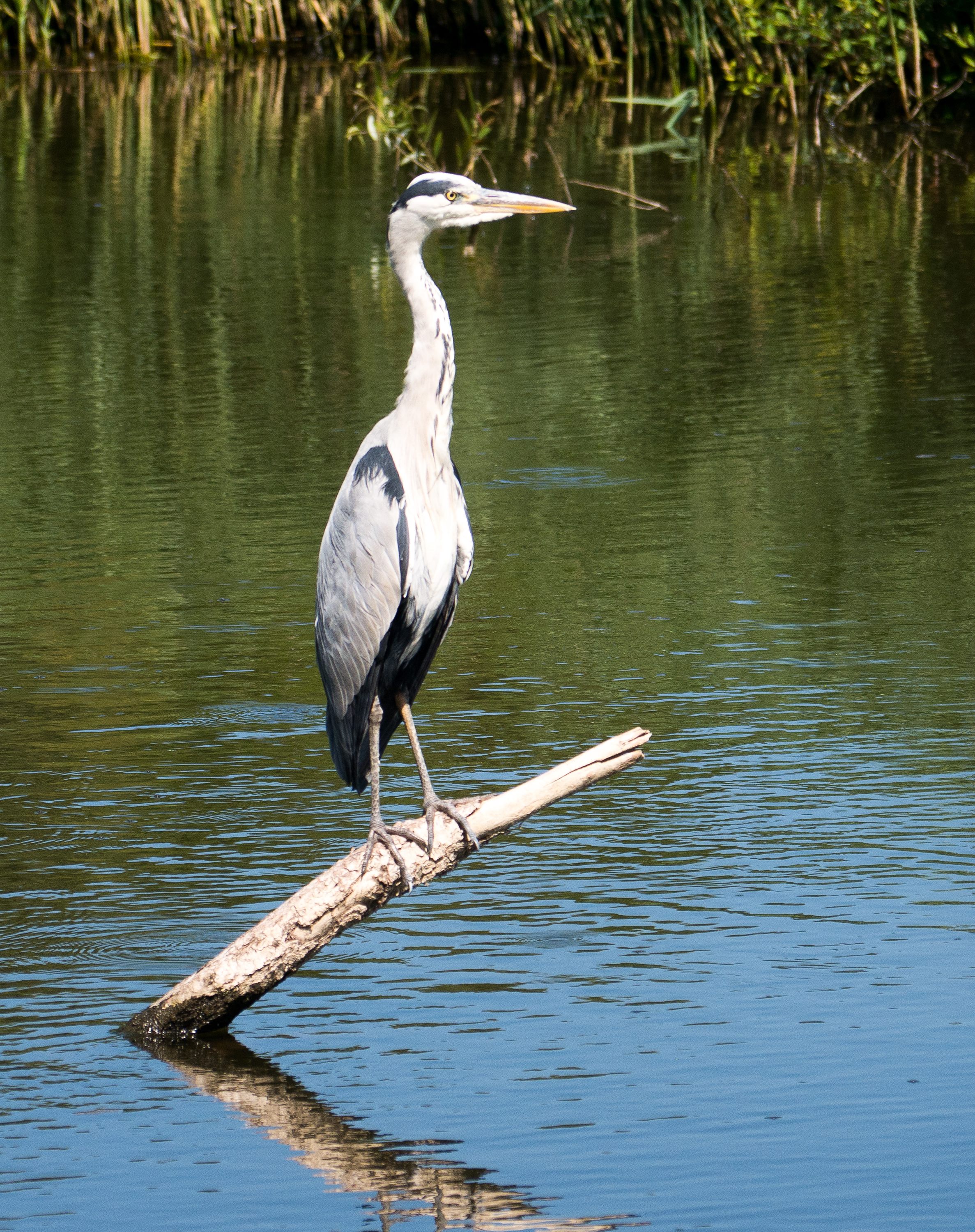 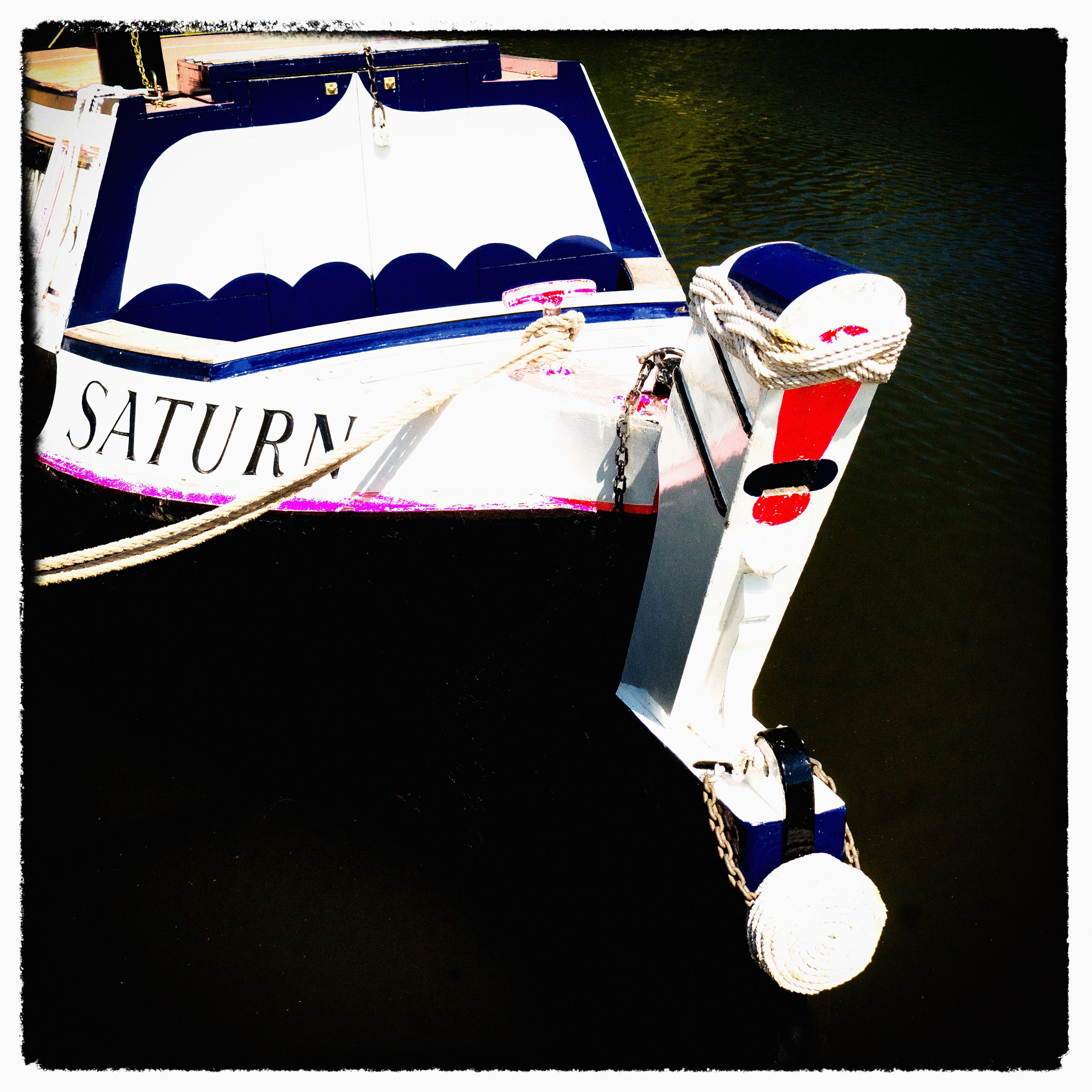 We moored overnight at the Lion Salt Works, Marston, remaining near Northwich but this time on the Trent and Mersey Canal. Rod and Tracy met us there on Saturday morning, unloaded their few days holiday luggage onto the boat, along with bags of groceries (bless them!), then Barry and Rod drove to Northwich Railway Station to park their hire car for a few days. It’s a fabulous parking facility for boaters, and at only £2 a day seems to be as ‘safe’ a car park as we’ve found. A short walk brought them back to Areandare ready for cruising.

Similar to our previous three lots of Kiwis (and Barry of course!), Rod and Tracy soon fell in love with the wonders of the Inland Waterways, and were confidently locking and steering as if they’d been doing it all their lives.

And these kiwi cruisers had more than their fair share of locks!

We travelled to Middlewich, and moored overnight at the grassy area near the winding hole where I’d facepainted at the FAB Festival for four years running. As it was such a warm evening we sat outside – it’s been amazing to have so many balmy summer evenings this year. The following day they were faced with 26 locks on the Cheshire flight, affectionately known as ‘Heartbreak Hill’ – I’m sure you can hazard a guess as to why?! 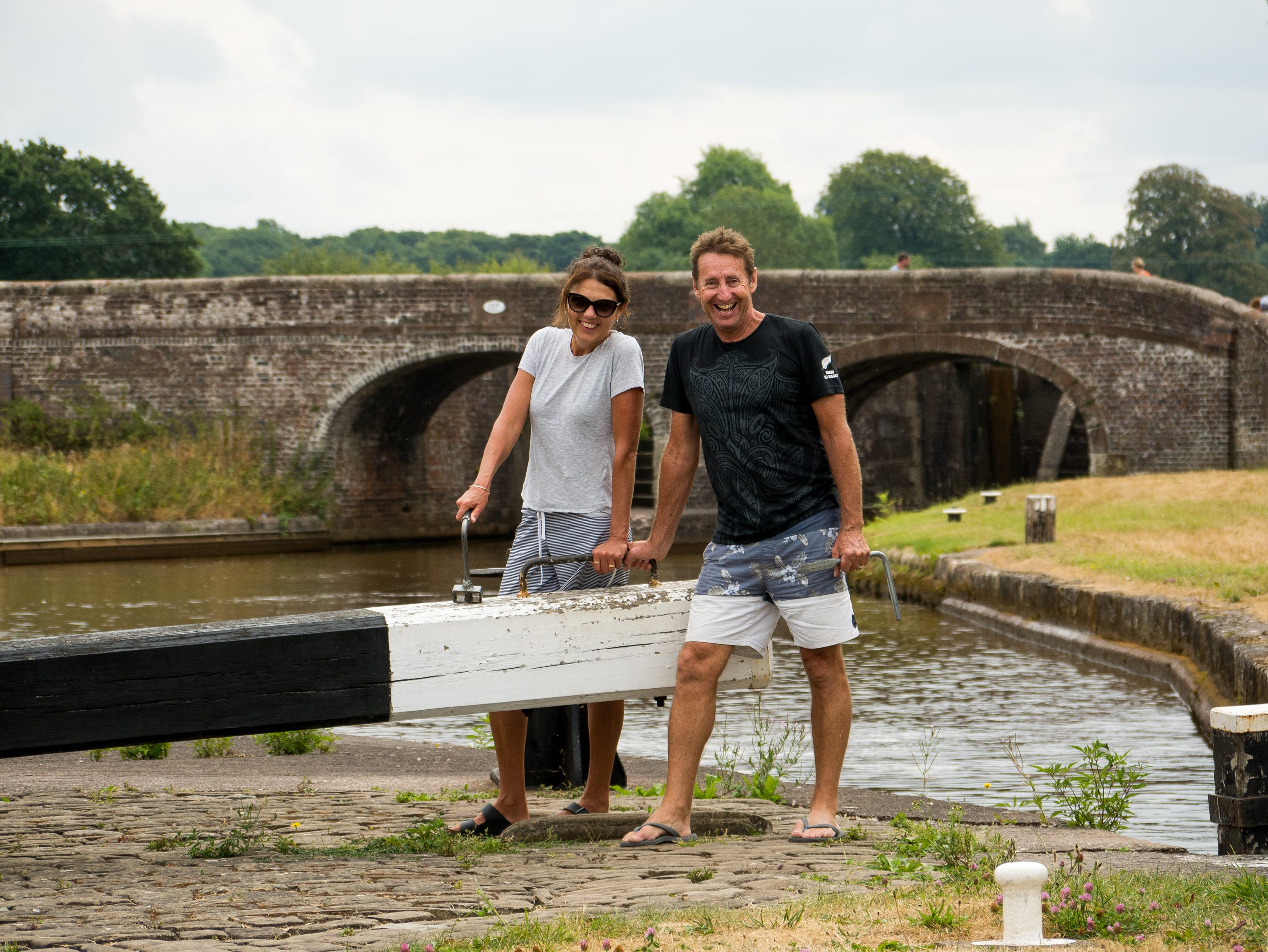 Rather than wear them both out too quickly, we paced them and stayed overnight around half way up at Rode Heath, and enjoyed a competitive game or two of six-handed rummy (read Andy’s ‘Captain Ahab’ blog post for the rules!). We’ve missed Helen and Andy this year, having not (yet) traded at a festival with them. That’s going to change in September when we’ll join them for two, and I’m sure squeeze in a few games of chance!

Our guests each took a turn at driving too.

It’s difficult to describe how much concentration is required when you’re first steering a narrowboat. Our brains just aren’t programmed to recognise that if you move the tiller to the left, the boat will turn to the right. It just feels completely wrong! And standing at the stern of a heavy 60′ steel hulled vessel, it takes a wee while to notice anything happening – consequently once you realise you’re heading in the opposite direction to the one you planned, it takes a few seconds before your sudden change to correct the boat’s course has any effect.

Rod and Tracy were on board for four fabulous days and nights of fun. Our final night was moored outside Neil Morrisey’s pub, ‘The Plume of Feathers‘, in Barlaston, where they treated us to a delicious meal. Neil was Seaman Mathew Quintal in the 1984 film ‘The Bounty‘, many scenes of which were shot in Barry’s home town Gisborne. He’s obviously rightly very proud of this role, as the pub has many posters advertising it – as well of course as ‘Men Behaving Badly’.

One day we hope to bump into Neil on a visit …

We walked Tracy and Rod to the nearby bus stop the next day, Wednesday 18th July, where they hopped on and travelled back to Northwich to collect their car and continue their journey up to the Lake District and Scotland before heading back to Wellington in New Zealand.

The following day I caught a very early train to Manchester for a midwifery conference. I know. I’m not a practicing midwife anymore! But I got offered free tickets to  the ‘Golden Thread of Safety’ conference, via LinkedIn, where anyone reading could’ve seen that I now work for Ad-Extra. I contacted a Midwifery Lecturer friend, as he offered another three tickets, and met them at the venue. 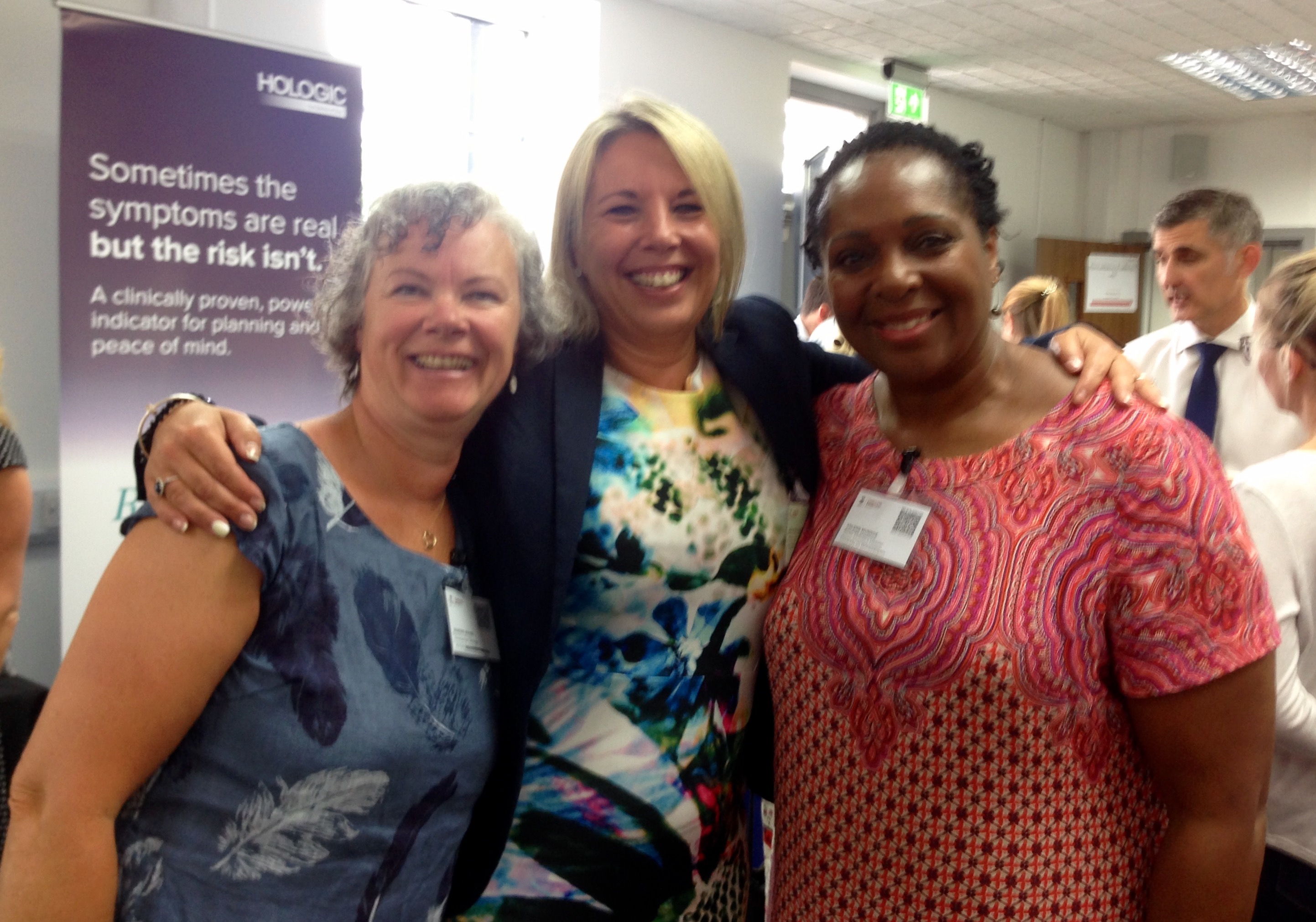 With one of the speakers, Sascha, who I used to mentor many, many years ago! And Arlene, now a Midwifery Lecturer, and one of the few people who was at BOTH of our weddings in 2009

I sat and listened in amazement as the speakers regaled tales of ‘progress’ and ‘plans for the future’ of the maternity services. I wondered how on earth nothing could have changed. In fact it felt as though things had gone backwards from when I’d last practiced in UK in 2004. It confirmed for me, if confirmation was needed, that I definitely did the right thing walking away from my Return to Practice Program in October 2016. A very pleasant day nonetheless, and one which made me once again feel extremely grateful to be doing what we’ve chosen, stepping off the hamster wheel well below the ‘age’ chosen by governments that we’re supposed to ‘retire’ from the treadmill.. 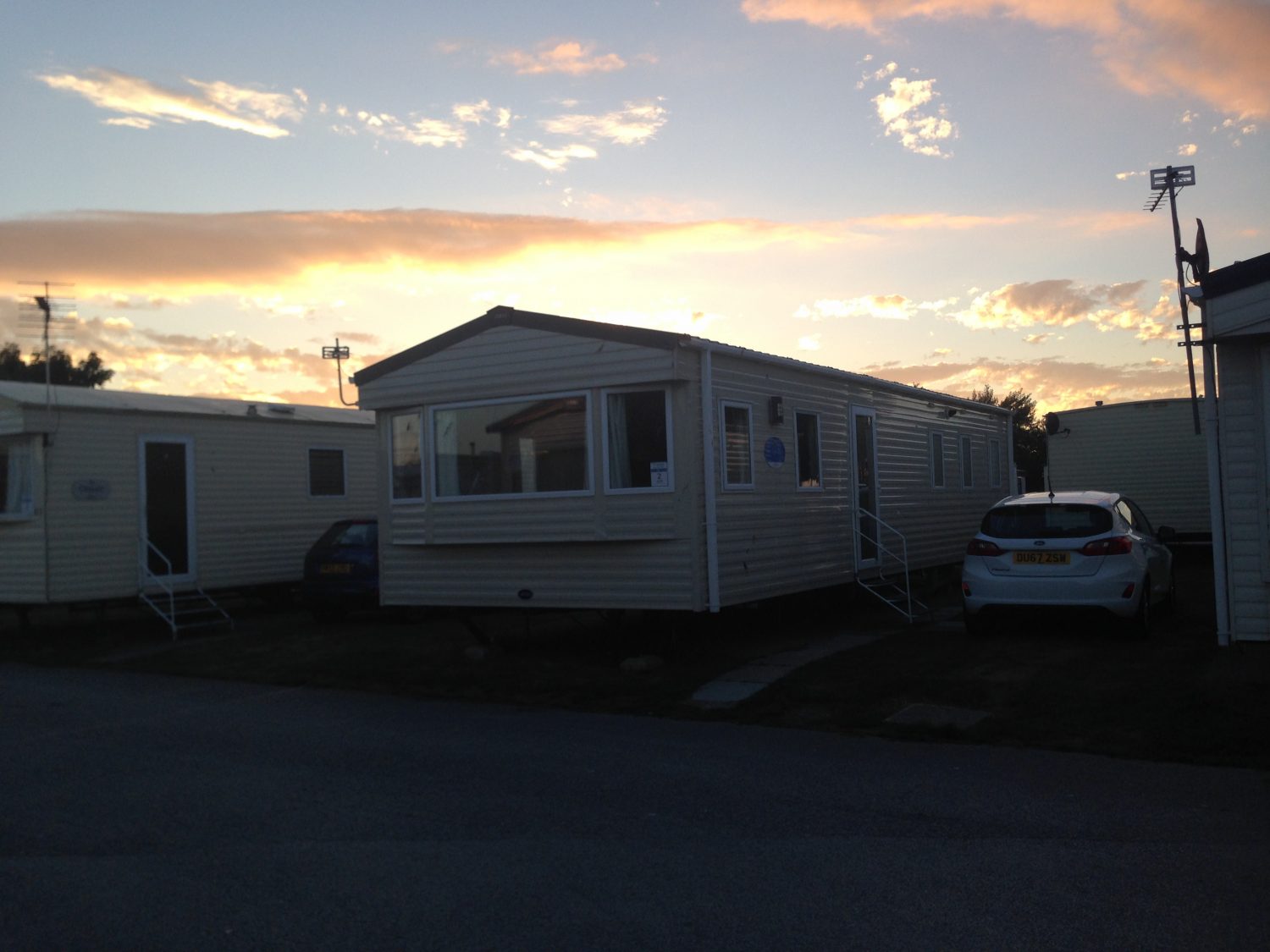 Immediately after the conference, I walked a mile or so with my backpack, picked up ANOTHER hire car (!), and travelled to Cheshire to stay with my daughter overnight, then go away for the weekend with our grandson to Wales. Just the two of us. It was magical – though full-on!

Returning to Areandare in Penkridge on Monday 23rd July, via Manchester to drop off the hire car (I’m worn out just reading about all these shenanigans!), we had two nights of R n R on board before Barry’s elder brother arrived at Heathrow, who stayed with us for the next three weeks – as well as a touch of travelling around the country.

That’ll be the next post – which could be the final in this series of summer visitors. Then again, it may not …