Once again it’s been a while since we posted. To be honest we’re considering stopping this blog, as we could possibly be portraying that life on the UK Inland Waterways is too amazing leading to everyone wanting to come and share a taste of it! Maybe we’ll start writing about the pitfalls instead of the pleasantness? Something to consider …

On the bright side it’s been amazing to have a preponderance of people discovering why we chose this way of life. A number of them may even decide to come and do something similar one day, they loved their experiences so much. Barry puts many hours into planning routes that provide as many delights as possible. Unsurprisingly working a few locks is always in there!

It’s feeling as though our previous post about sustaining this lifestyle may have been a tad presumptuous! We’re going to have to put our heads down shortly, and bring in some much needed income to buffer the swiftly diminishing coffers. And possibly next year have some sort of ‘booking-in’ system with a couple of weeks gap between guests so we can maintain the momentum.

Talking of money (not pleasant I realise!), I was aghast yesterday to discover we’d put away £500 too little into the two savings/ISA accounts we have to show evidence of the ability to sustain ourselves for Barry’s final Spousal Sponsored Visa application. We’ve swiftly moved the requisite amount from another account (!), so soon will have the £46,500 needed in only two places. As it has to be there for six months BEFORE the application, it’ll put it back to the end of February 2019. Fortunately this time we have a wide window – from end October to mid-April. Phew! That would’ve been disastrous 🙁

Anywhere, here we are now with this post taking you back to the middle of June, two months ago now. Oh my. So much to show and tell …

A train trip to Southport to delivery a package

We left you on the last boating post, just after we returned on the Ribble Link. 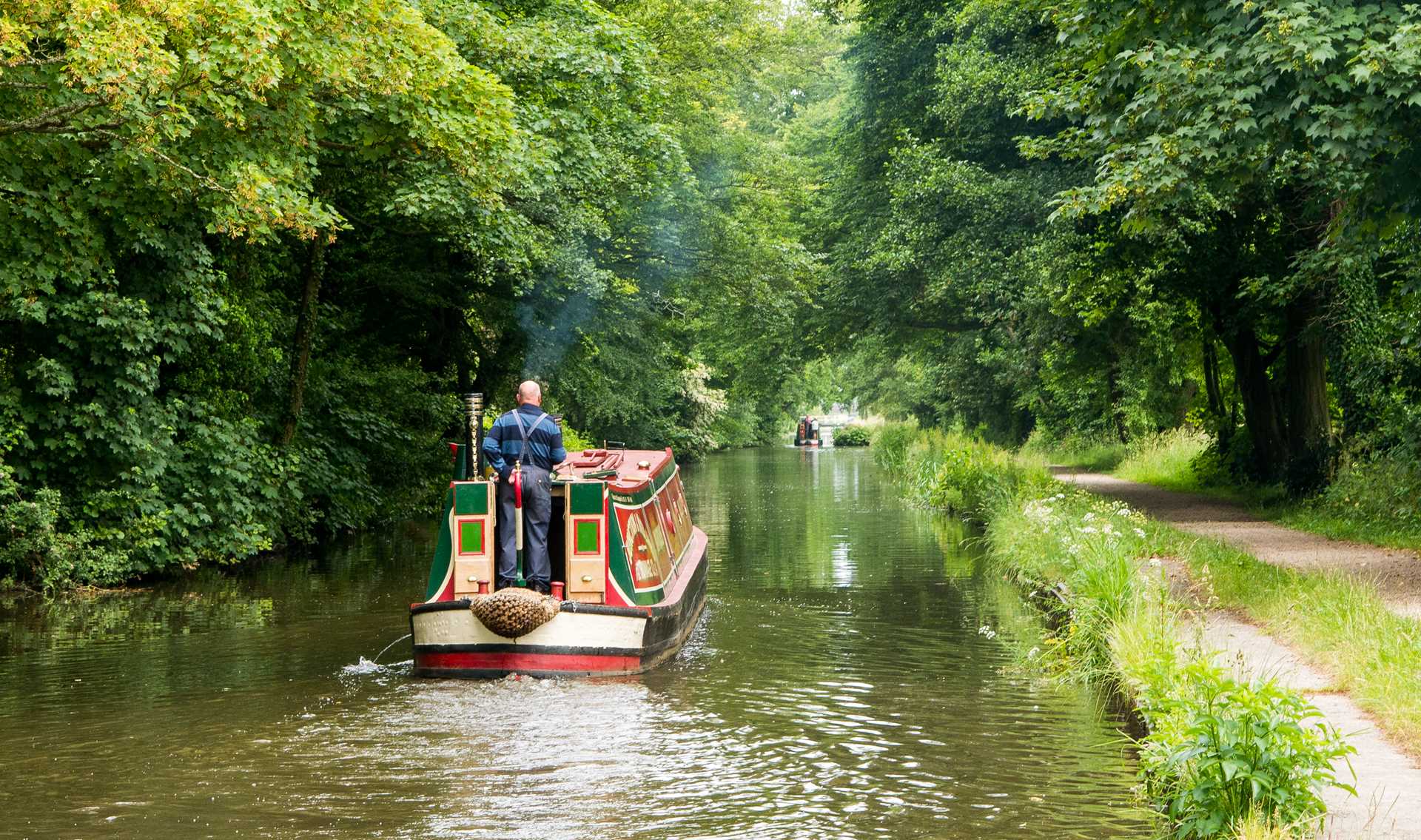 Barry caught up with James from nb ‘Marquis’ at Rufford, and joined him for an enjoyable drink at the local

Barry had three Home Brew Boat courier packages to drop off in Burscough, so caught the train there from Rufford. Unfortunately when he got to the drop off shop he only had two packages, one must’ve slipped silently off his trolley on the way. Nothing to do but go back to the boat and put together a new order.

The following day we cruised to Burscough to try again – but found the courier drop off shop closed for two days. Frustrating indeed – however … It gave us both an impromptu excuse to hop on another train and head to Southport to finally deliver the package (albeit still not simply!). It wasn’t the closest point, but as we’d never been there we decided an evening out by the sea would be pleasant.

We got to Southport Station and walked the 1.2 miles to the courier shop, only to find it situated right next to the second last stop on the train we’d just got off! Had we researched a little more we’d have realised we should’ve alighted there. Ah well. The benefits of hindsight. It was getting late so rather than another long walk we got back on a train to check-out the delights of Southport!

We suspect we didn’t see it in its best light, being cloudy, dull, windy and quite cool. 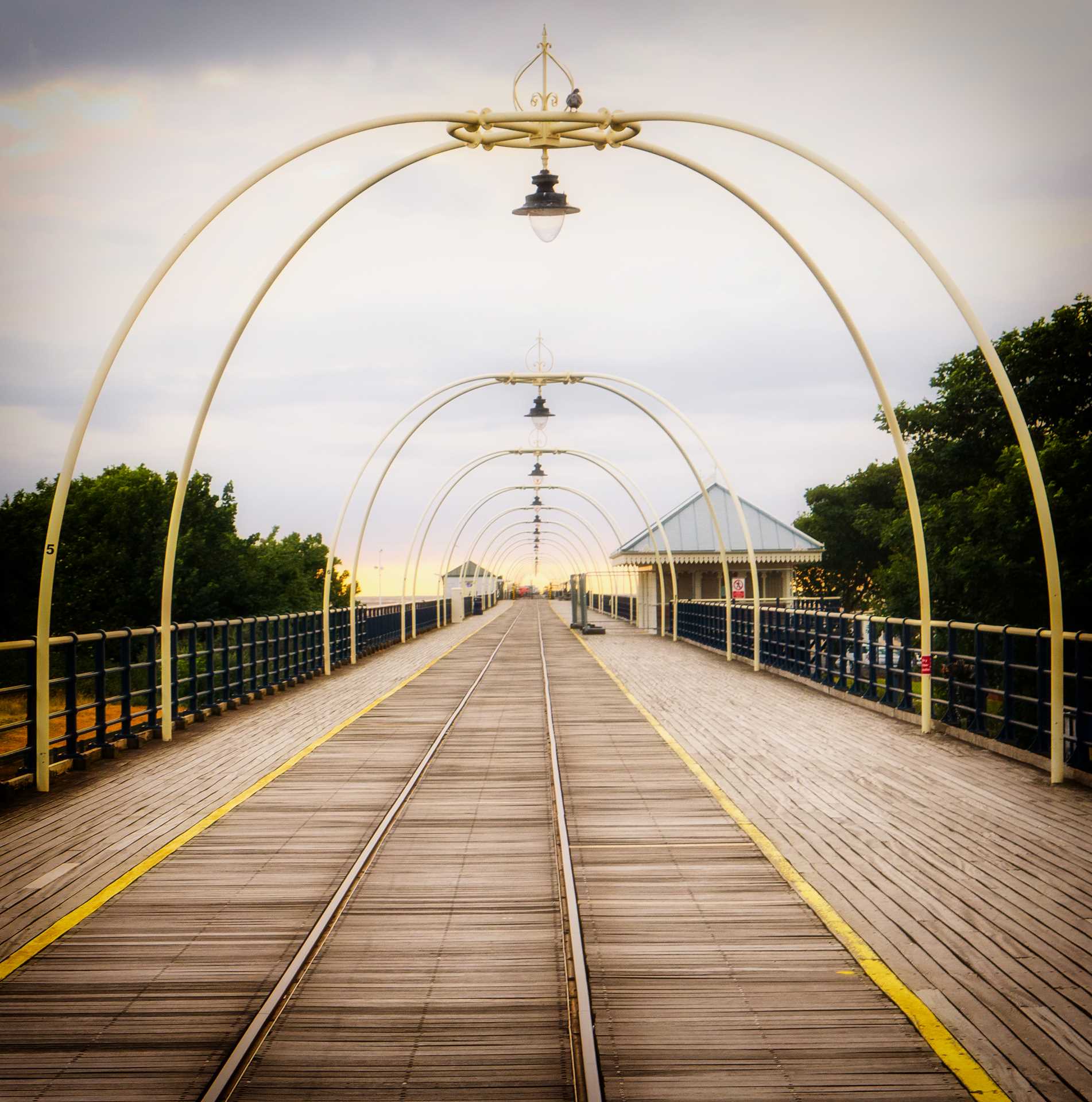 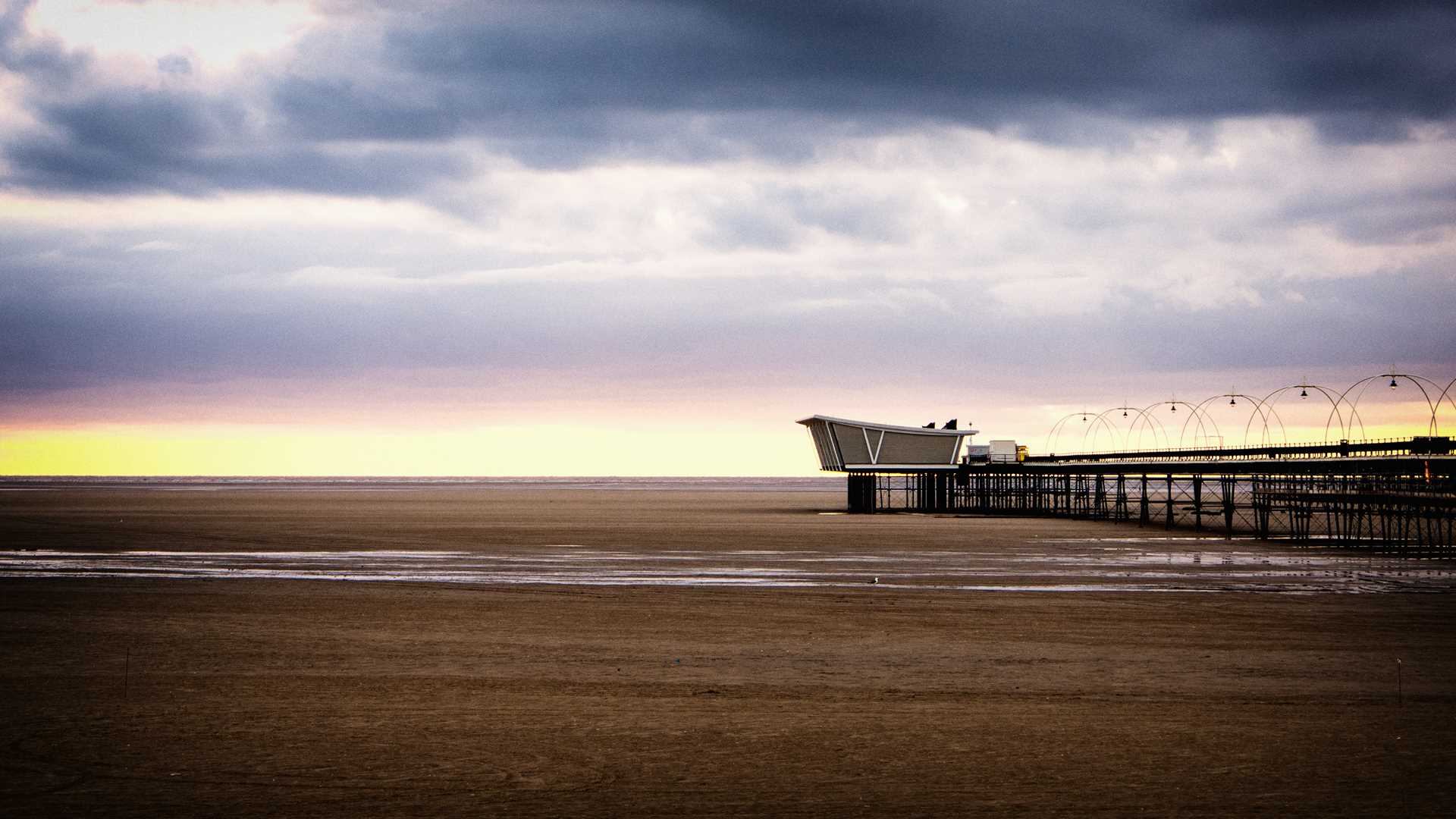 They’ll need to built it a lot longer than that if they want to reach the sea!! 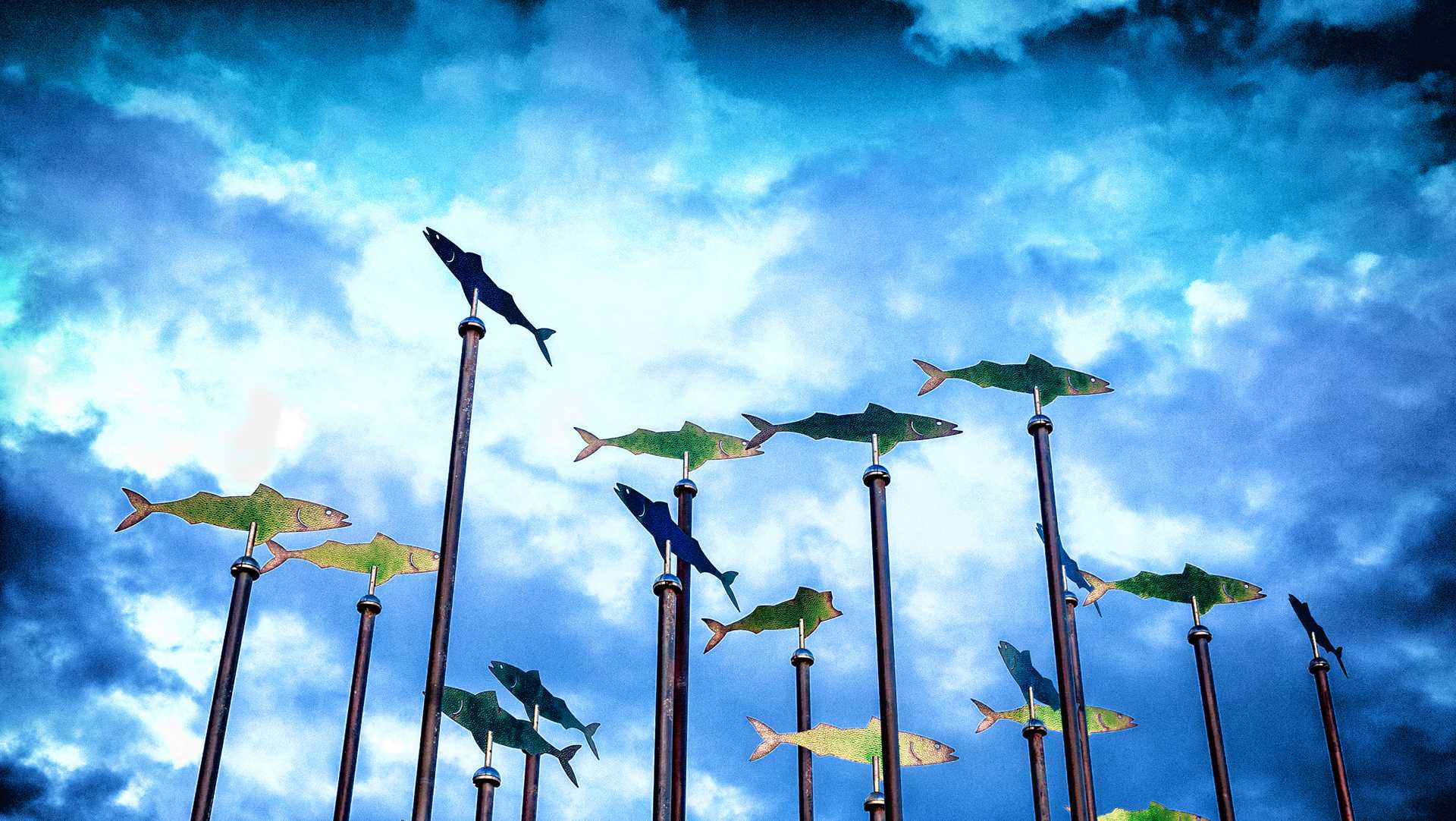 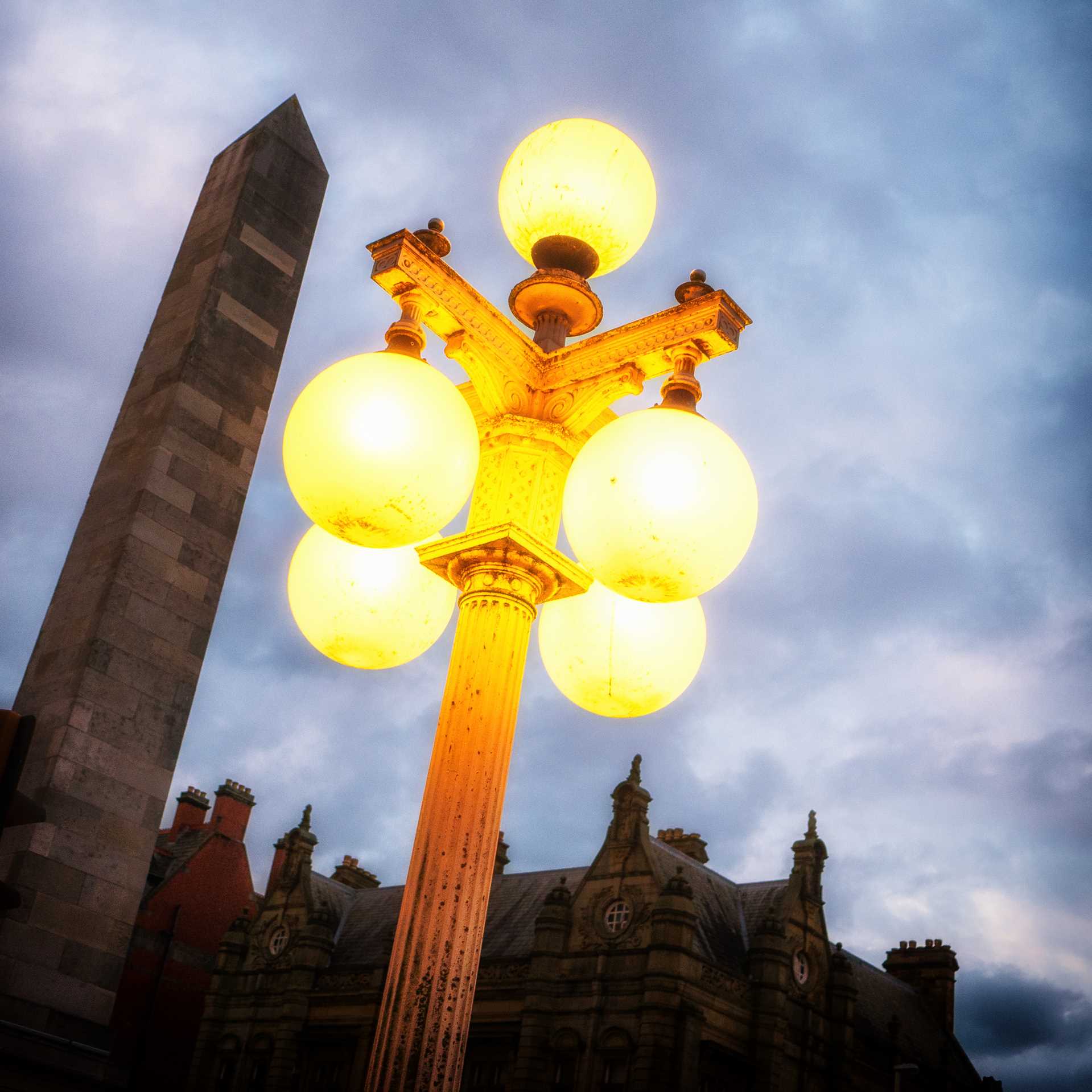 Continuing on this amusing tale, we’d moored up at Burscough specifically to drop the parcel off – despite it being in the wrong direction for our planned journey! So subsequent to our evening in Southport, we then had to travel a short distance to the winding hole (as in ‘wind’ of the blowing variety, not the clock winding one of course you’ll understand) to turn around and face the opposite direction.

From Burscough we continued to Parbold – staying away from the 48 hour moorings as we were travelling to Lisa’s for the weekend, squeezing in time with her and the boys before the kiwi visiting schedule started!

Luckily there was an amazing aqueduct crossing the River Dee at Ty Mawr Country Park so Barry had something to capture – the Pontcysyllte Aqueduct was also a short distance away, but far enough not to venture there. 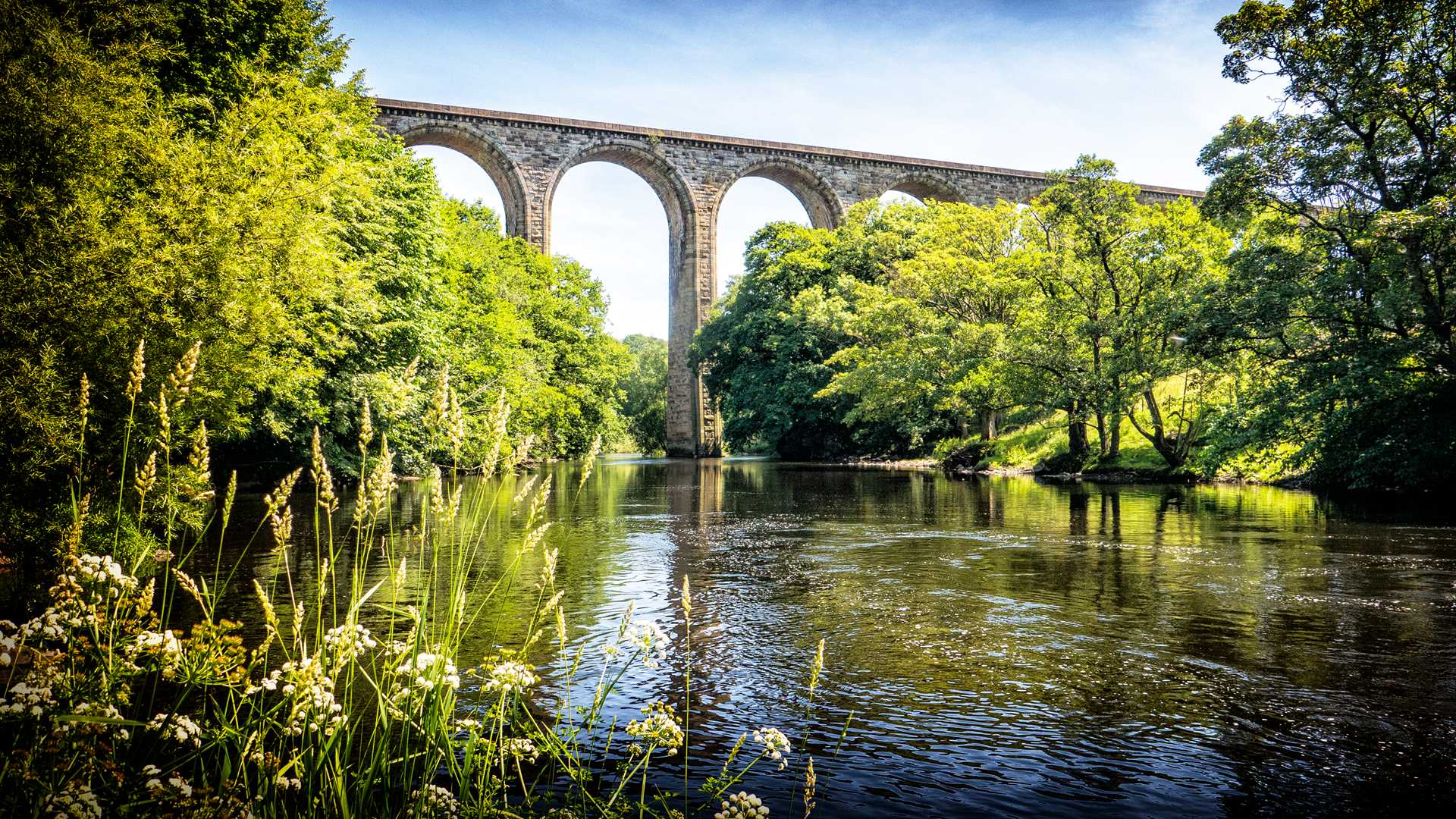 A visit to  River Dee

From the second longest pier we proceeded to the shortest pier (surely?), at Wigan.

Wigan to Worsley and the first guests arrive

Barry’s friends Ang and John from Perth in Australia (originally from NZ), made a last-minute decision to seek us out while on their European holiday and come for an overnight visit. They had a couple of days ‘spare’, and a choice of the Lake District or us – we felt highly honoured they chose the latter and we were ‘free’. We hastily arranged a meet-up at Wigan for an overnighter, including a short trip the next day along the Bridgewater Canal. Then it was simply a bus ride back to their car. We suspect they fell hook line and sinker in love with the waterways!

John had a ‘drone‘ (click the link if you have no idea what this is!), and managed to get a few shots of us from above, once he’d sorted out the challenges of attempting to fly it whilst on board a steel boat …

It’s certainly a rather different perspective looking down as we passed through Top Lock on the Leigh Branch! 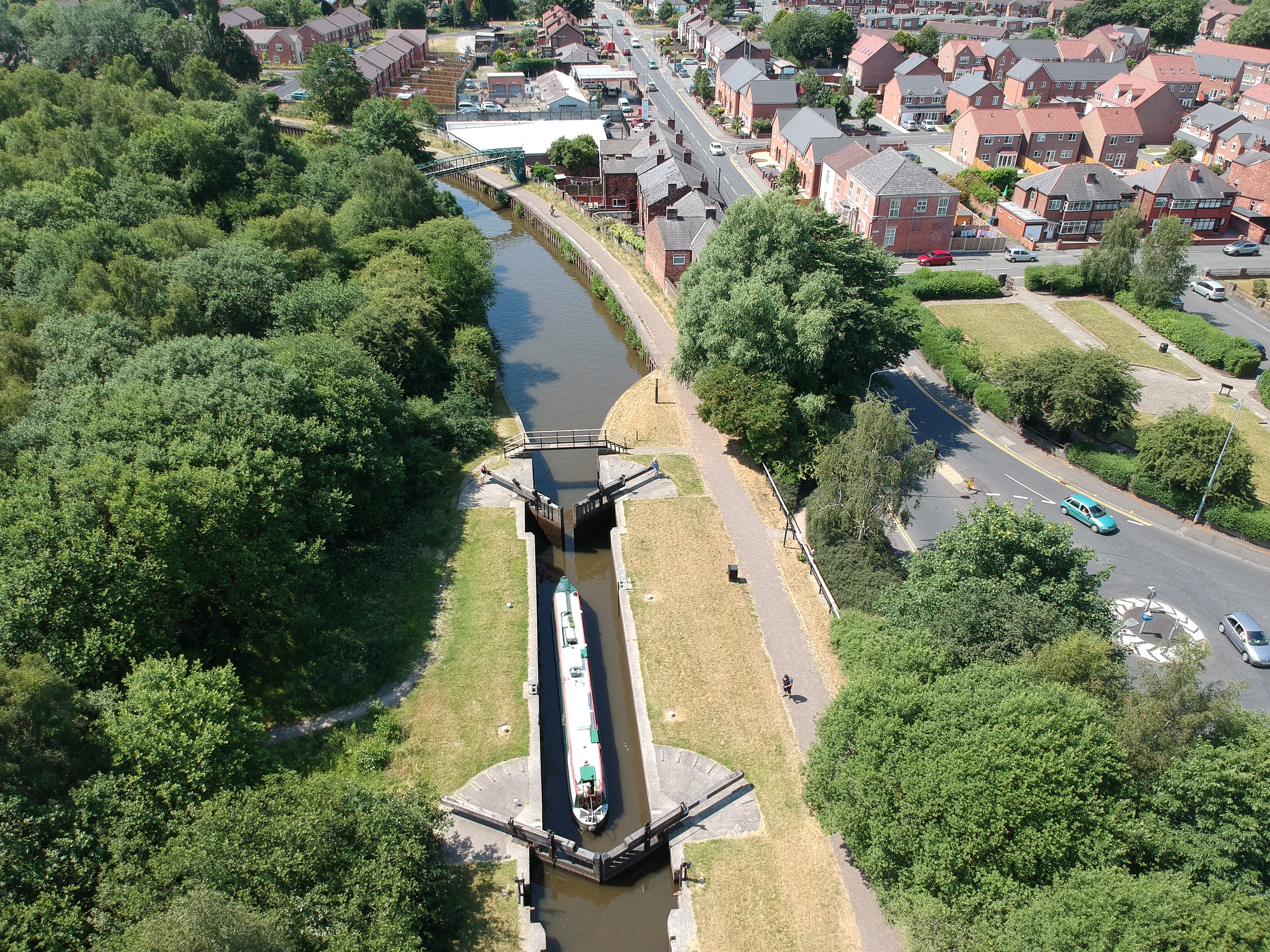 Incredible view of the Top Lock of the Leigh Branch 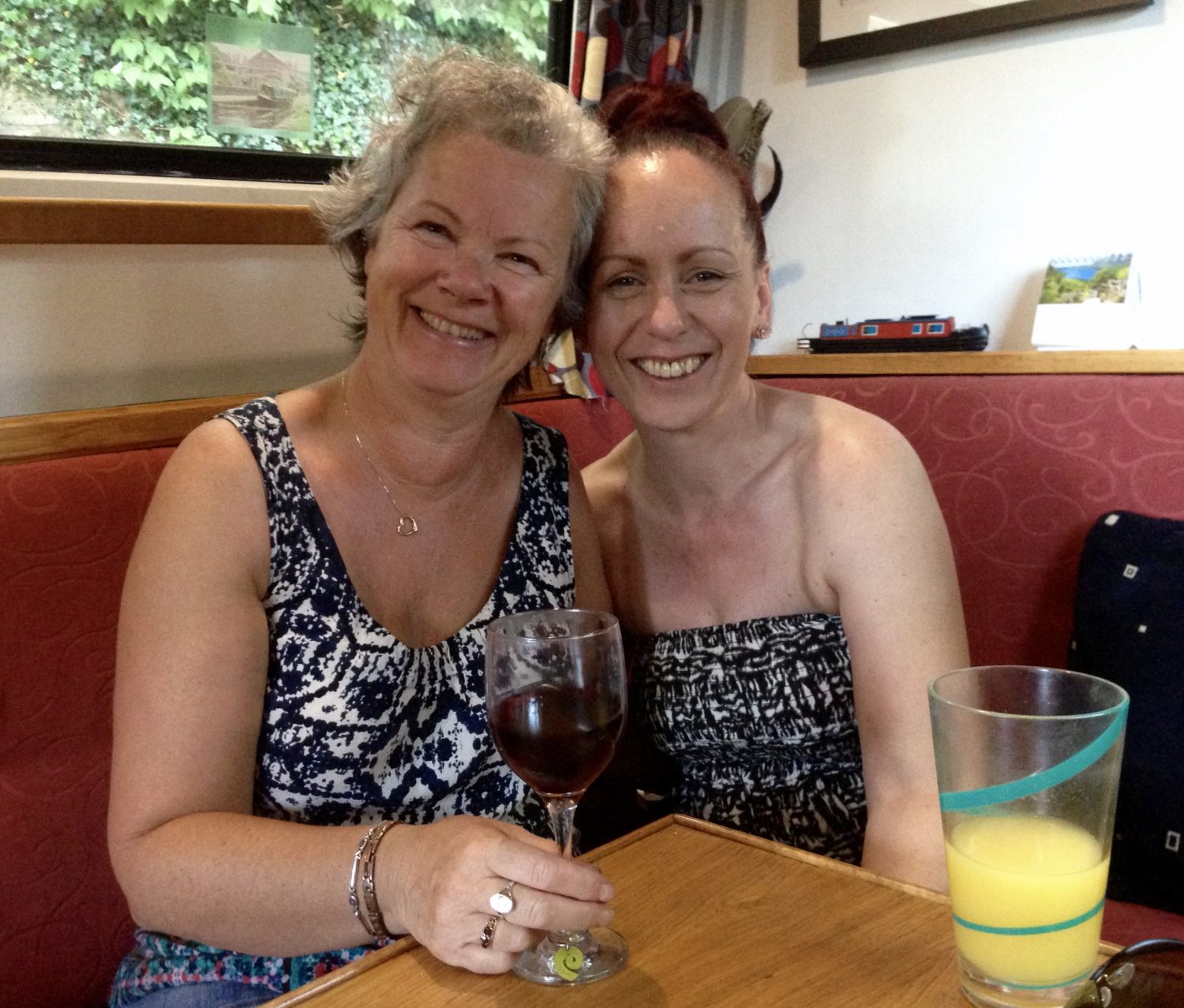 Sandra and Lisa at Worsley

After saying haere ra (farewell) to Ang and John, we carried on to Worsley to meet up with another guest. Lisa was a midwifery colleague of Sandra’s in Gisborne, originally from UK, who returned and now lives and practices back in Manchester. 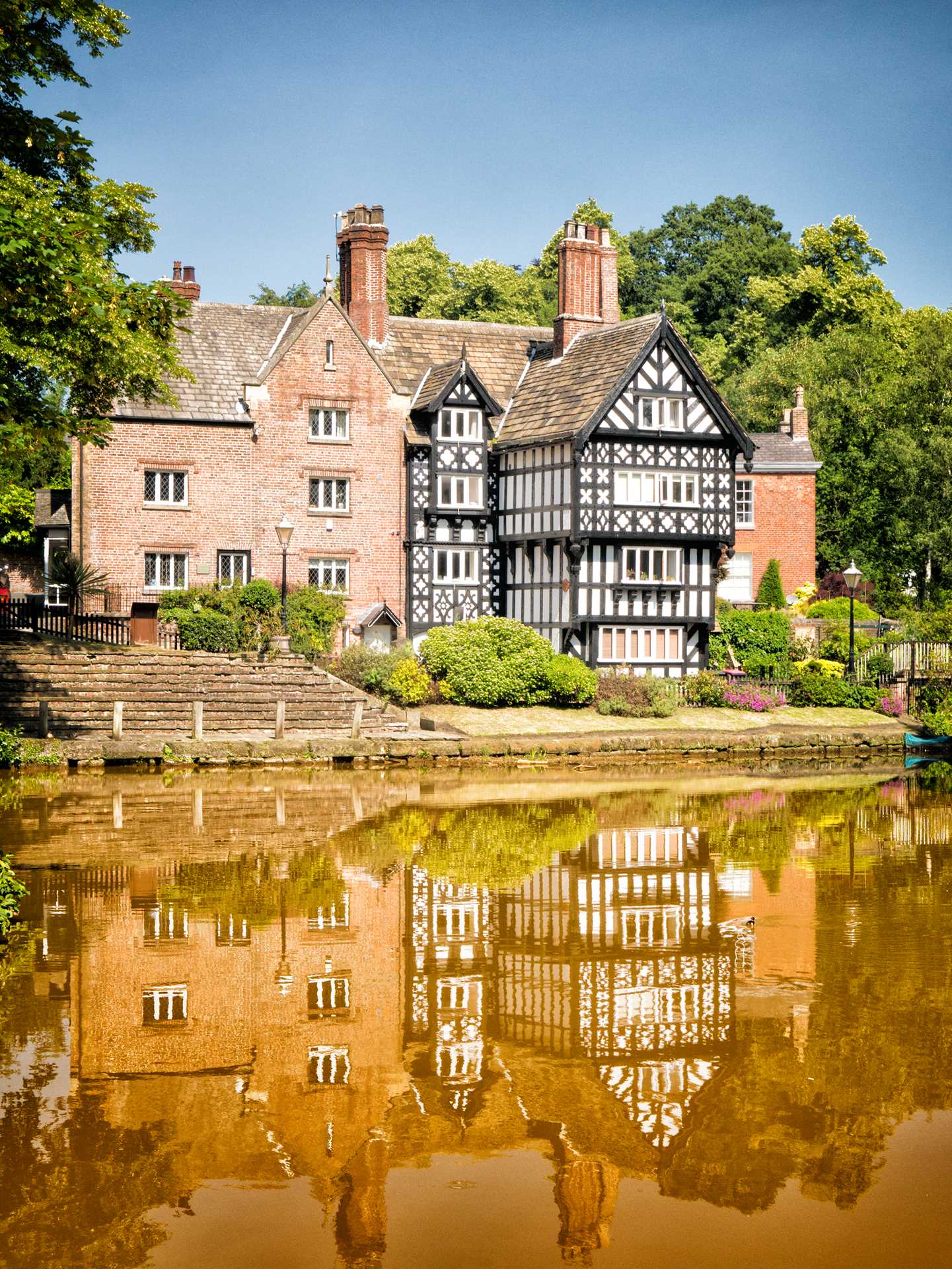 The Packet House at Worsley where the fast ‘Packet Boats’ speed passengers to Manchester.

Many years ago you would’ve purchased your ticket at the Packet House, and boarded at the Boat Steps. The service began in 1769 (the year Captain Cook ‘discovered’ New Zealand landing at Gisborne), and carried cargo as well as passengers taking about an hour and a half to complete the journey.

Hugh Malet, in his book ‘Coal, Cotton and Canals’ (1981) describes the Packet Boats:

‘The bows were fitted with sharpened sabres, curved like a swan’s neck – a threat to the tow lines of slow-witted barges which was more symbolic than real, but emphasised that they must give way… The faster vessels carrying first class passengers might be drawn by three horses, with a captain to steer and a liveried postillion (called the jockey) armed with a curved horn to warn other boats of his approach, spurs and a whip to urge his steeds forward. It must have been a gallant and graceful sight, with the ship riding up to six m.p.h. on her bow-wave and passengers ducking as they sped under bridges.’

It was such a lovely setting for a warm evening walk, we hadn’t stayed at Worsley for a while. They appear to be doing a bit of work on the old mine entrances, hopefully making them a bit more accessible. 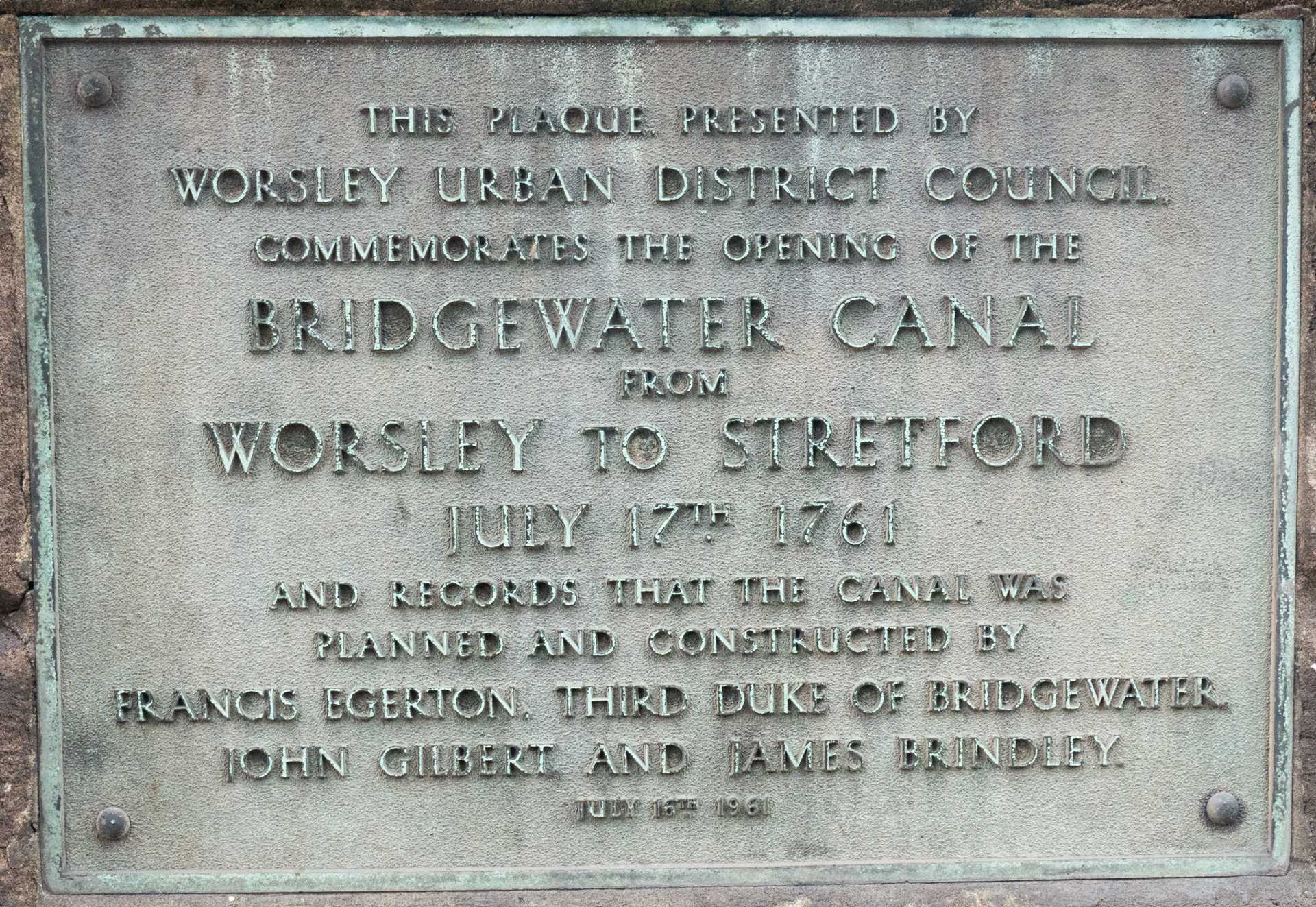 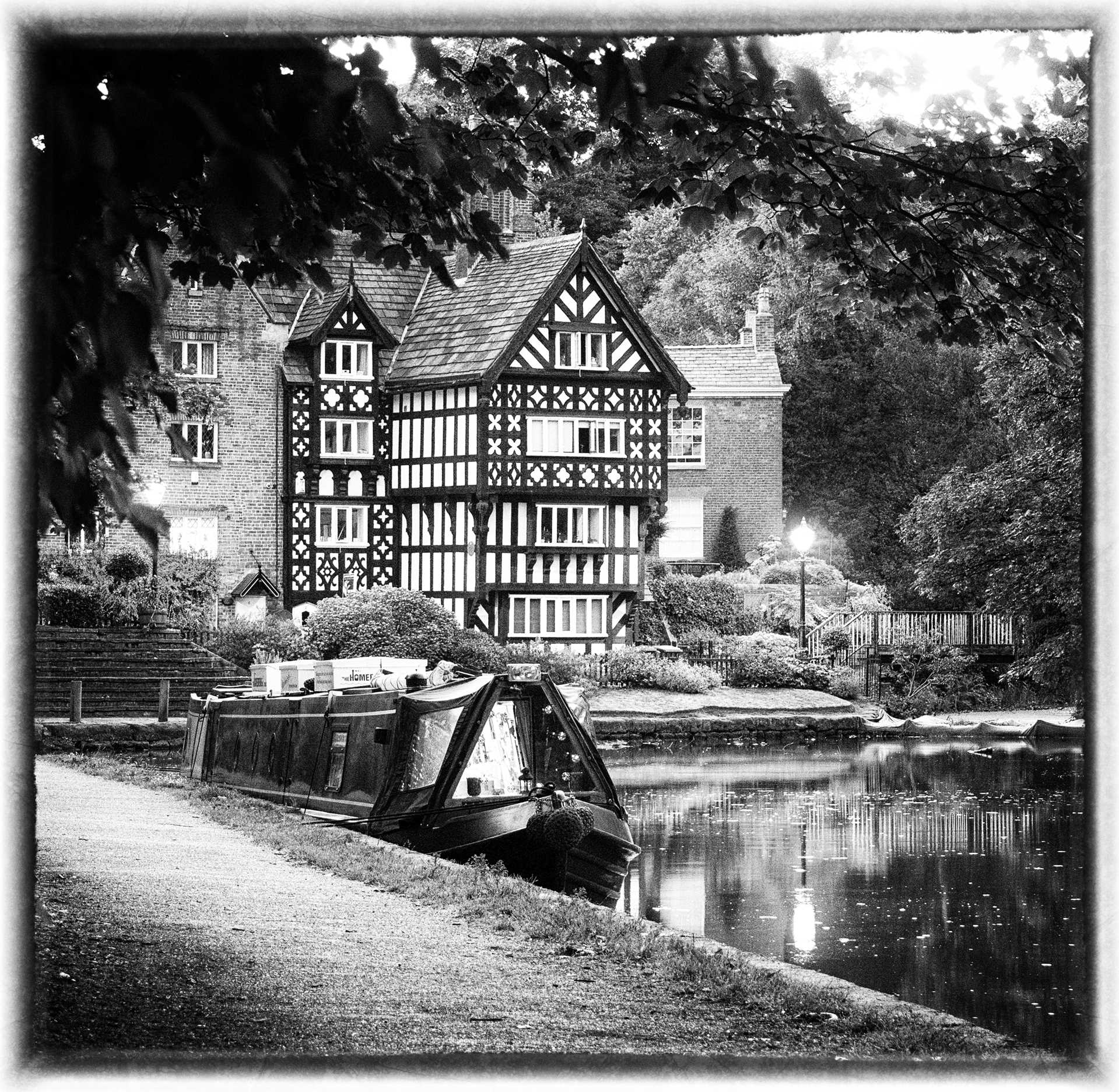 Late evening with Areandare and the packet house

We actually managed to stay for two nights in Worsley, so I could focus on some Ad-Extra work, leaving on Friday 29th June towards Manchester and meet the next visitors …