Why do we blog?

We realise a blog is meant to be “a regularly updated website or web page, typically one run by an individual or small group, that is written in an informal or conversational style.”

The informal or conversational style isn’t much of a challenge. It’s the ‘regularly updated’ part we’ve frequently struggled with – especially recently!

However. Having blogged often or not, we’re still here after more than nine years, with every intention of continuing for readers. Also because we love having an online record of our adventurous life on the UK waterways to reflect on.

So we’ll do a couple of update posts, and then do our best to publish in ‘real time’ once again. Barring any more unforeseen events …

Burnley to Wigan in April 2018

I returned to Areandare on 1st May, after a long weekend with mum in Ombersley. Sadly it was the last time I saw her alive, in person, so that weekend will always hold special memories for me.

After a fun night with the Pirate Crew, we headed off towards Wigan – and a planned evening on land with two special people we hadn’t seen since they visited US in Gisborne early in 2012. 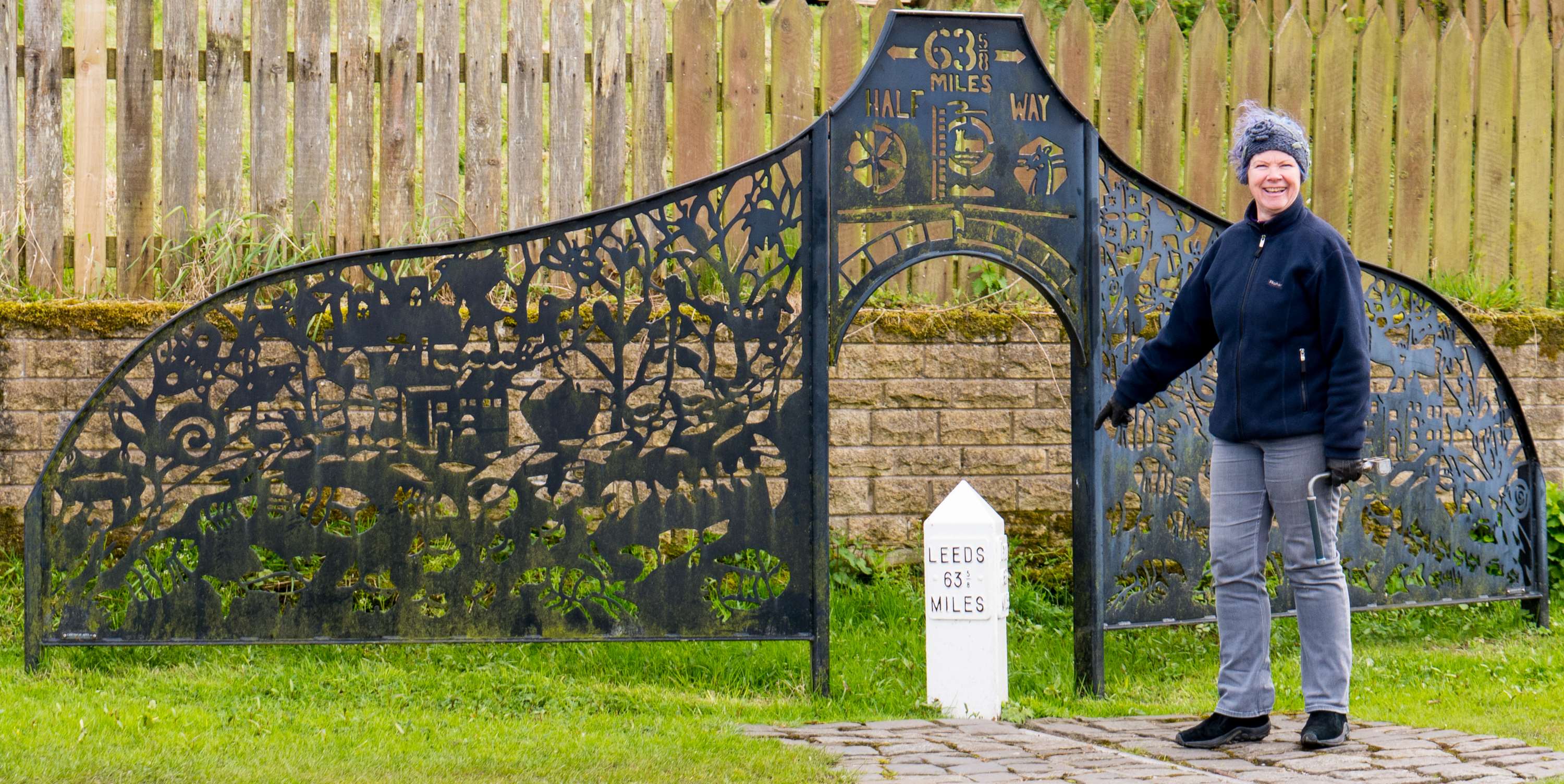 The midway point of the Leeds and Liverpool at Church. 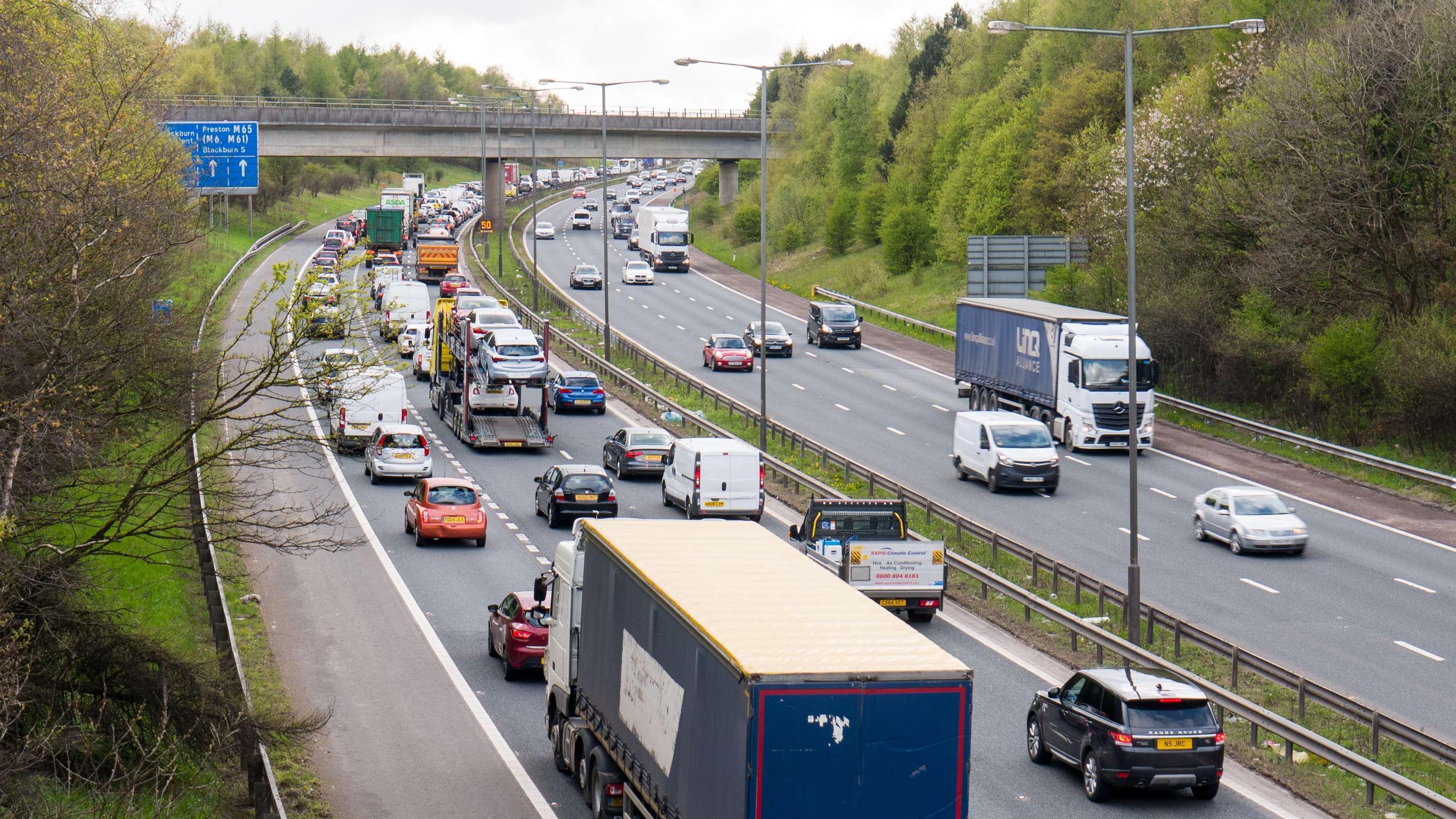 Over the aqueduct that crosses the very busy but slow-moving M65 as we approach Rishton.

Jean and Jeremy collected us from Rishton, and took us home for a very luxurious evening. They had the most incredible view from the living room. Barry took the photo of us all together, mine aren’t brilliant but they give a good impression of the beauty of their home. 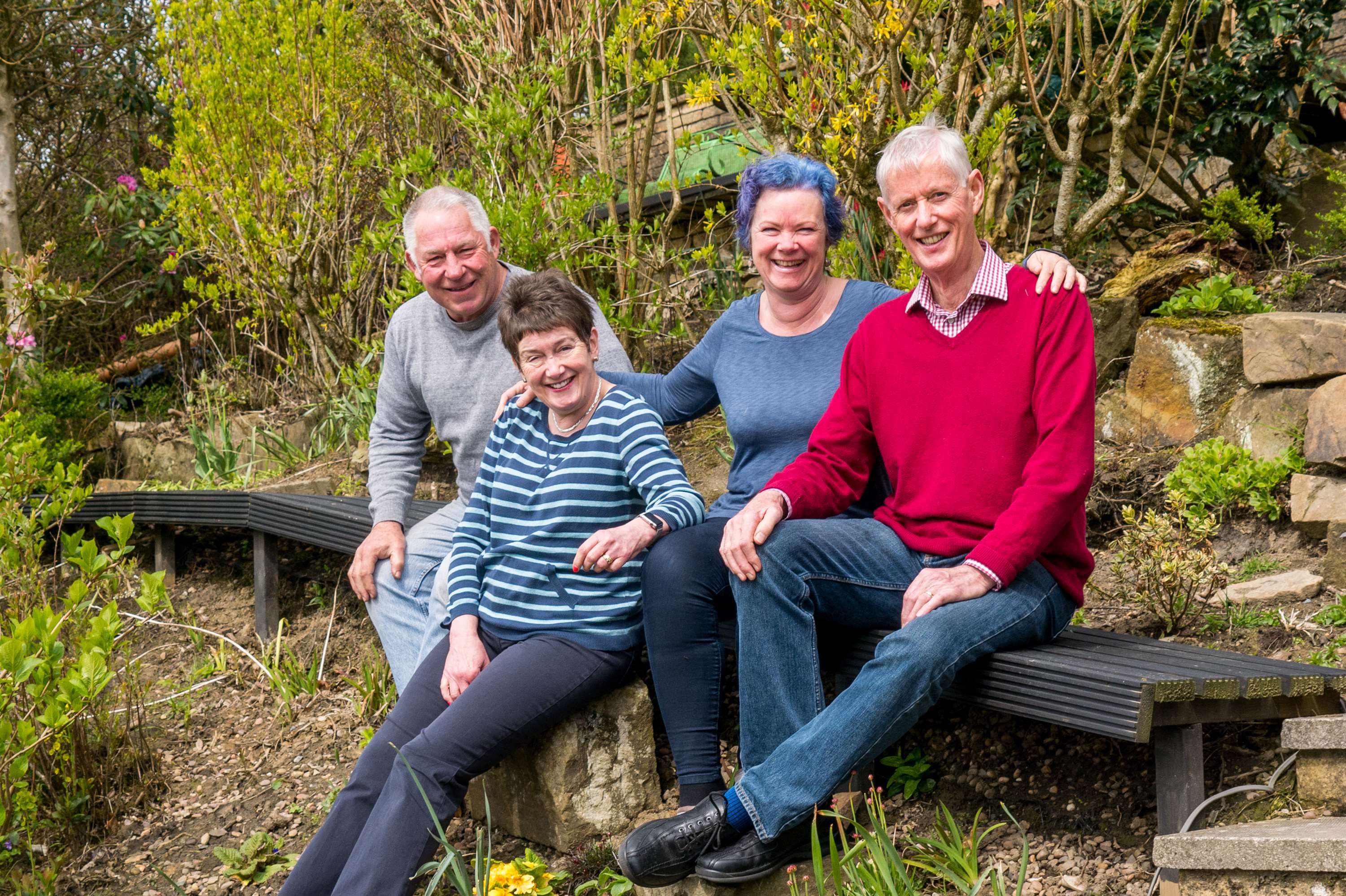 After lingering and catching up over a five-course delicious meal, we were then treated to a scrumptious breakfast. Fantastic hosts – thank you both!

Back on board Areandare we headed for Withnall Fold where my older daughter was meeting us with our two grandsons. The oldest one was coming to join us for a fun three-night long weekend. A bit of an experiment as he’d not stayed with us that long previously … 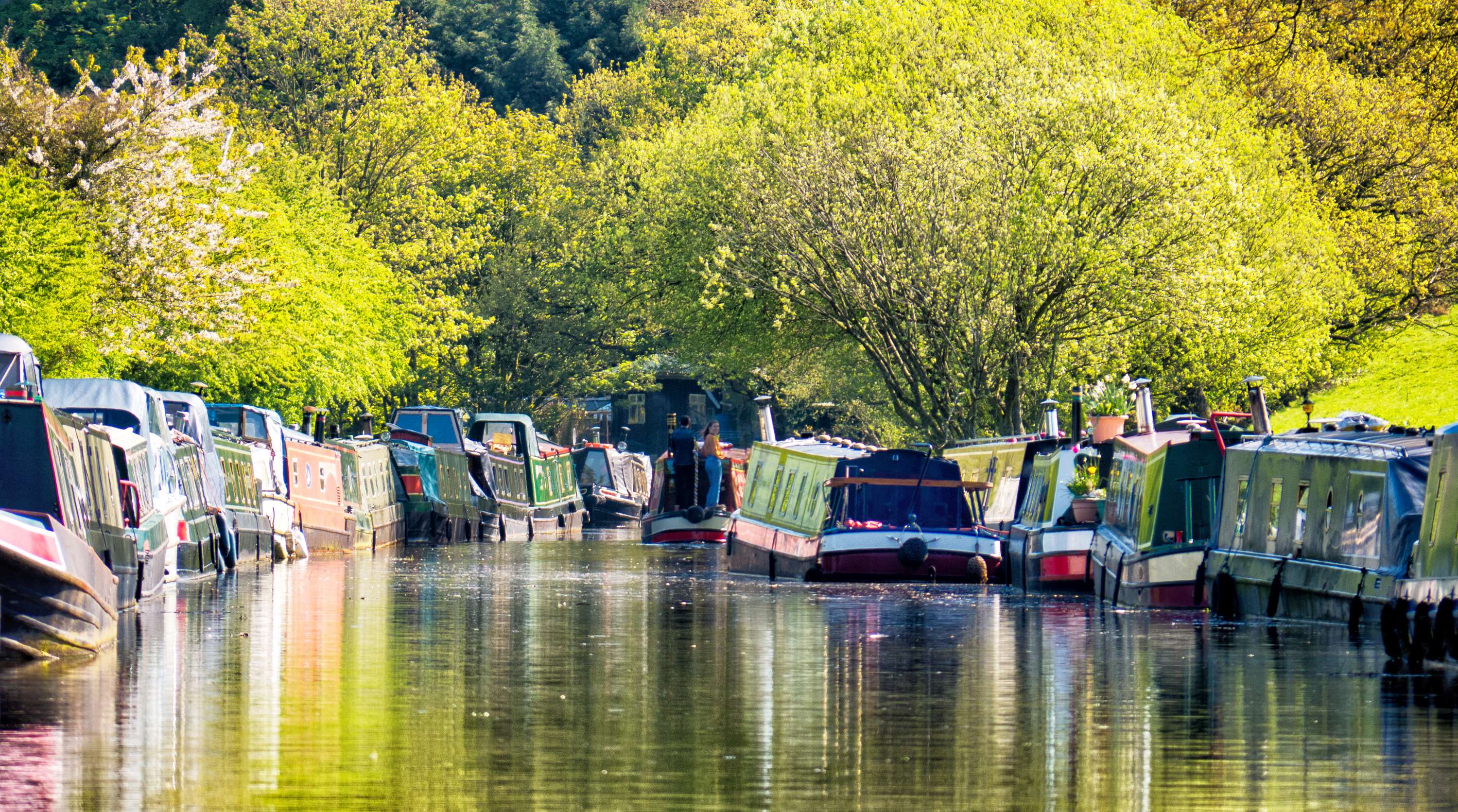 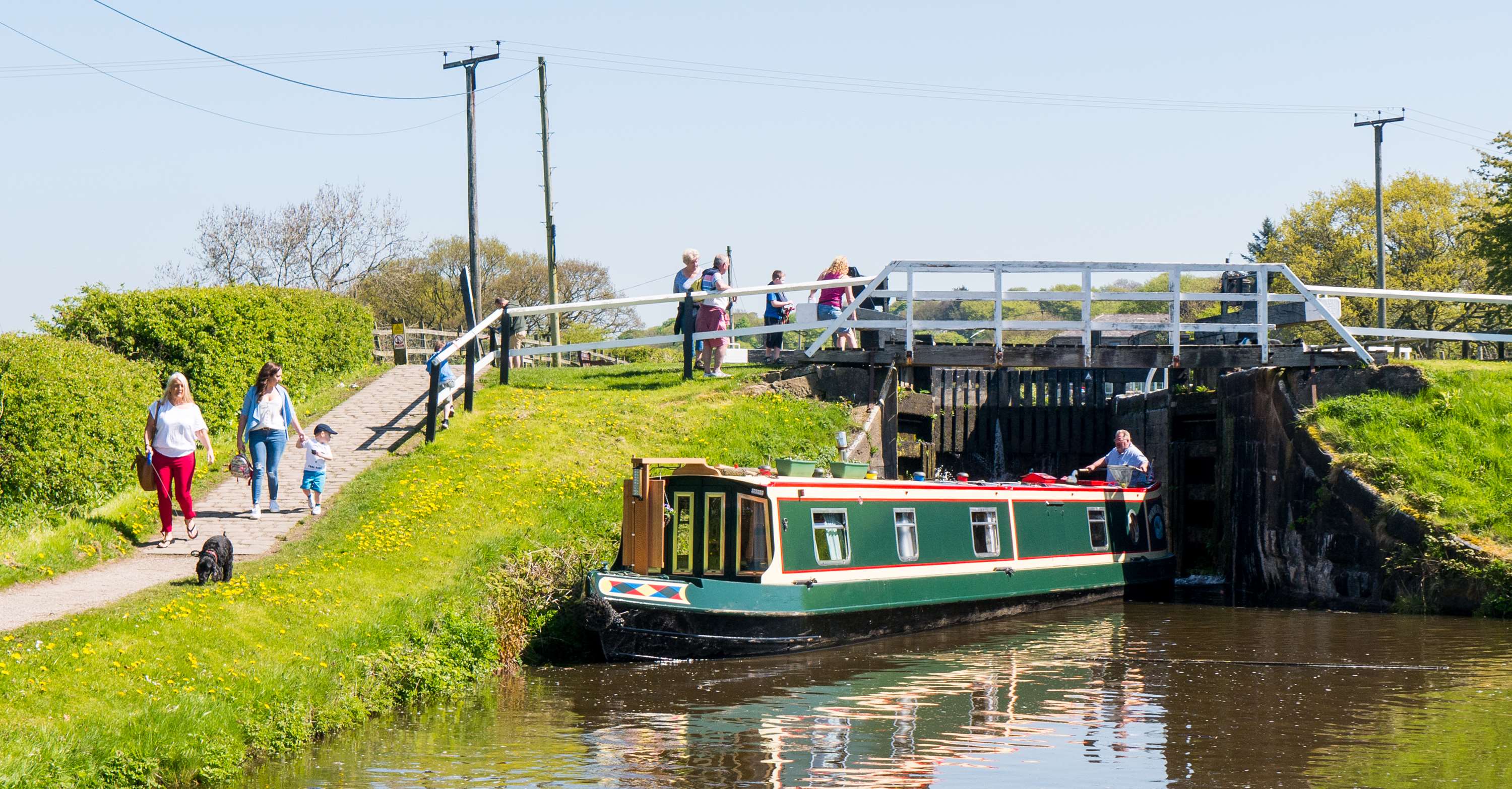 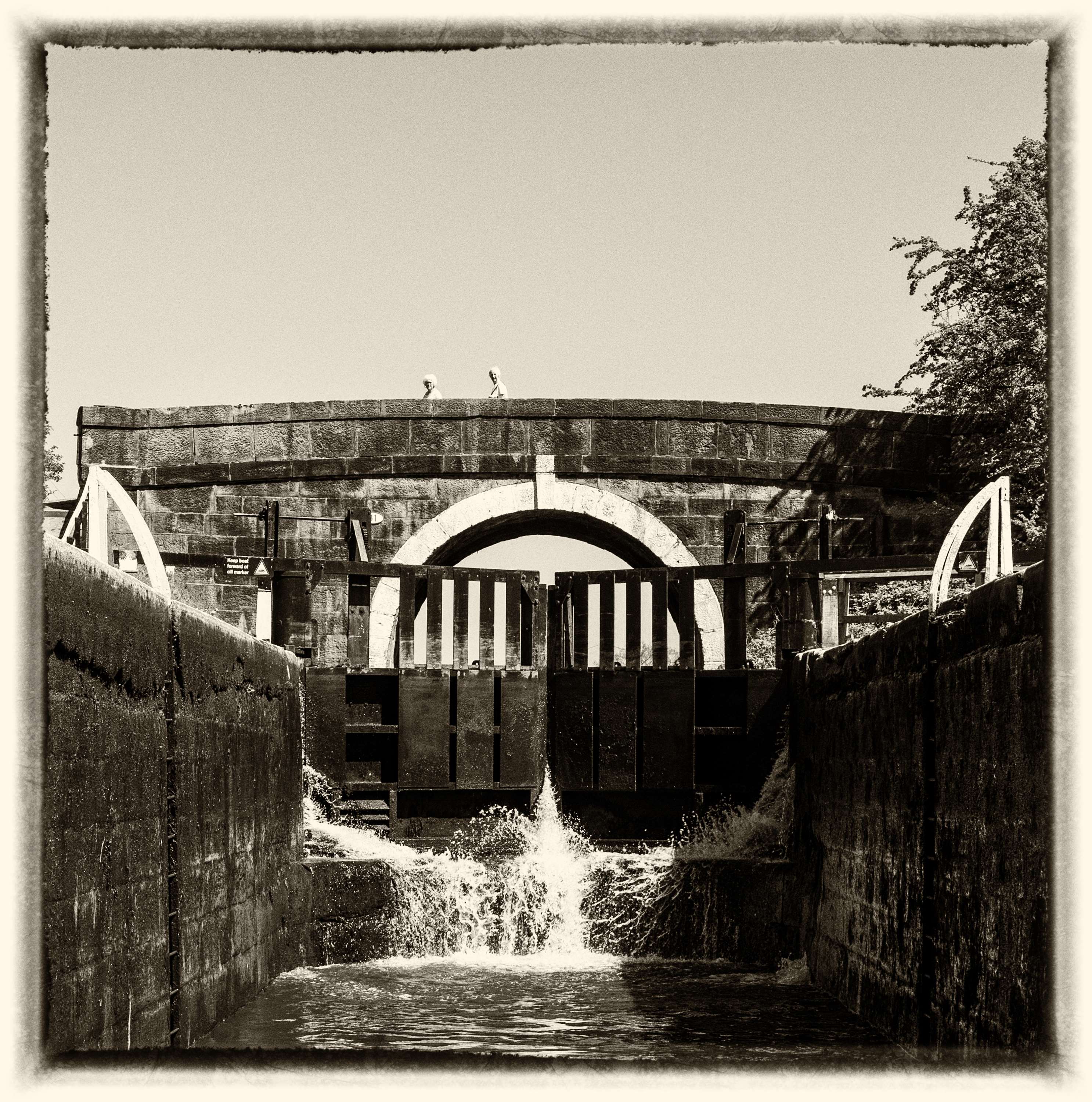 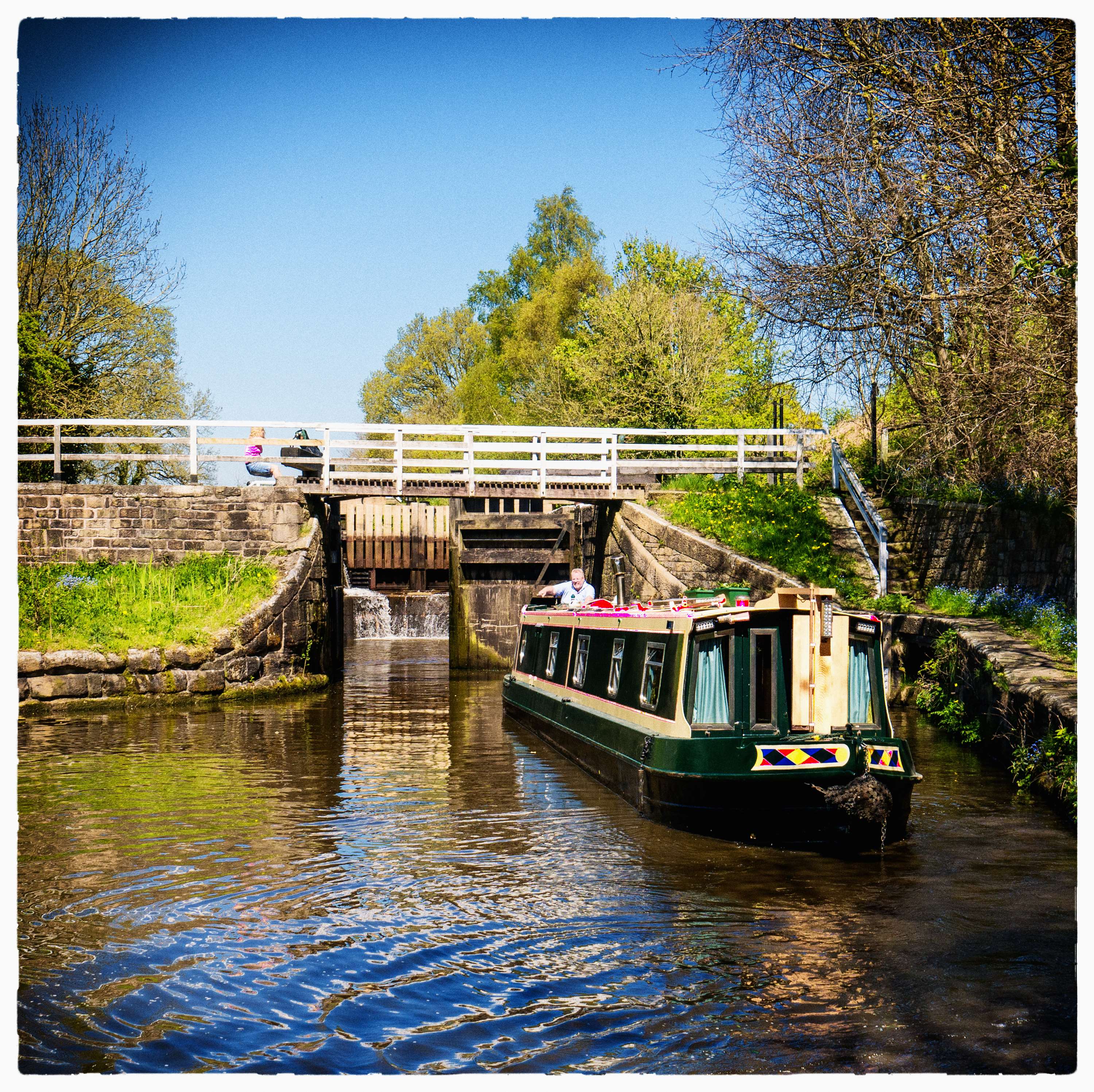 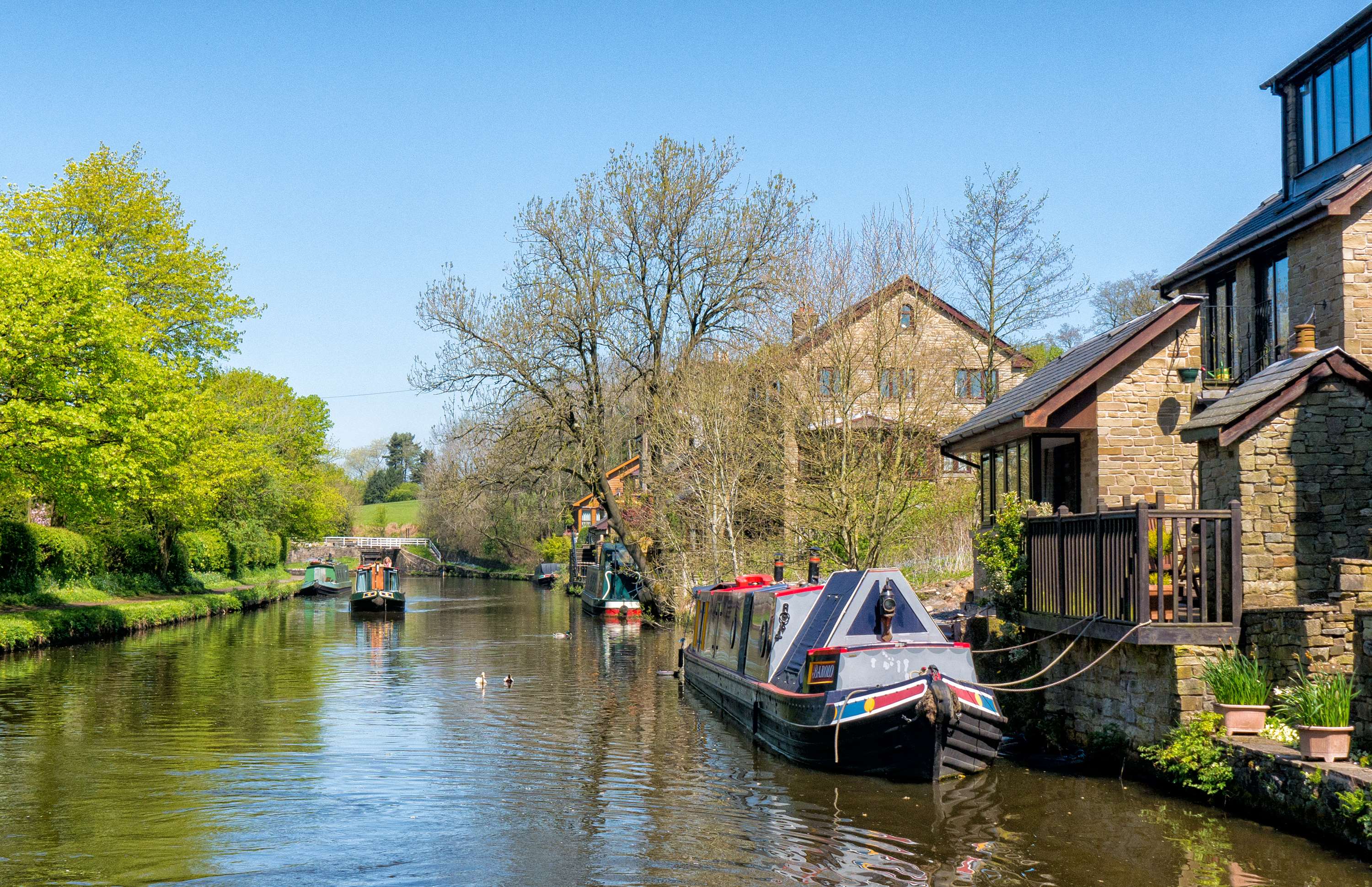 Glorious weather made it even more enjoyable 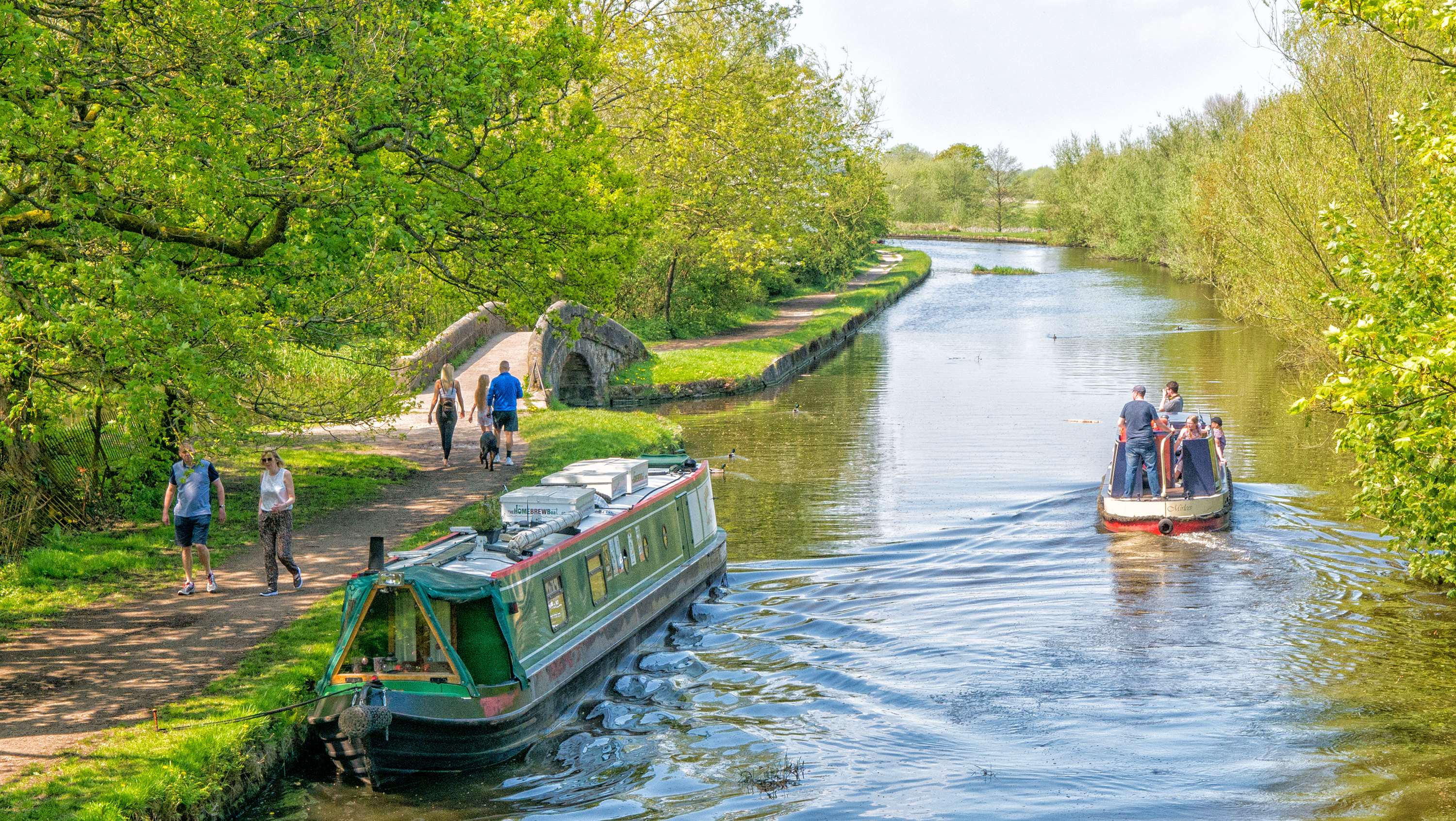 Our mooring at Haigh Hall for the weekend 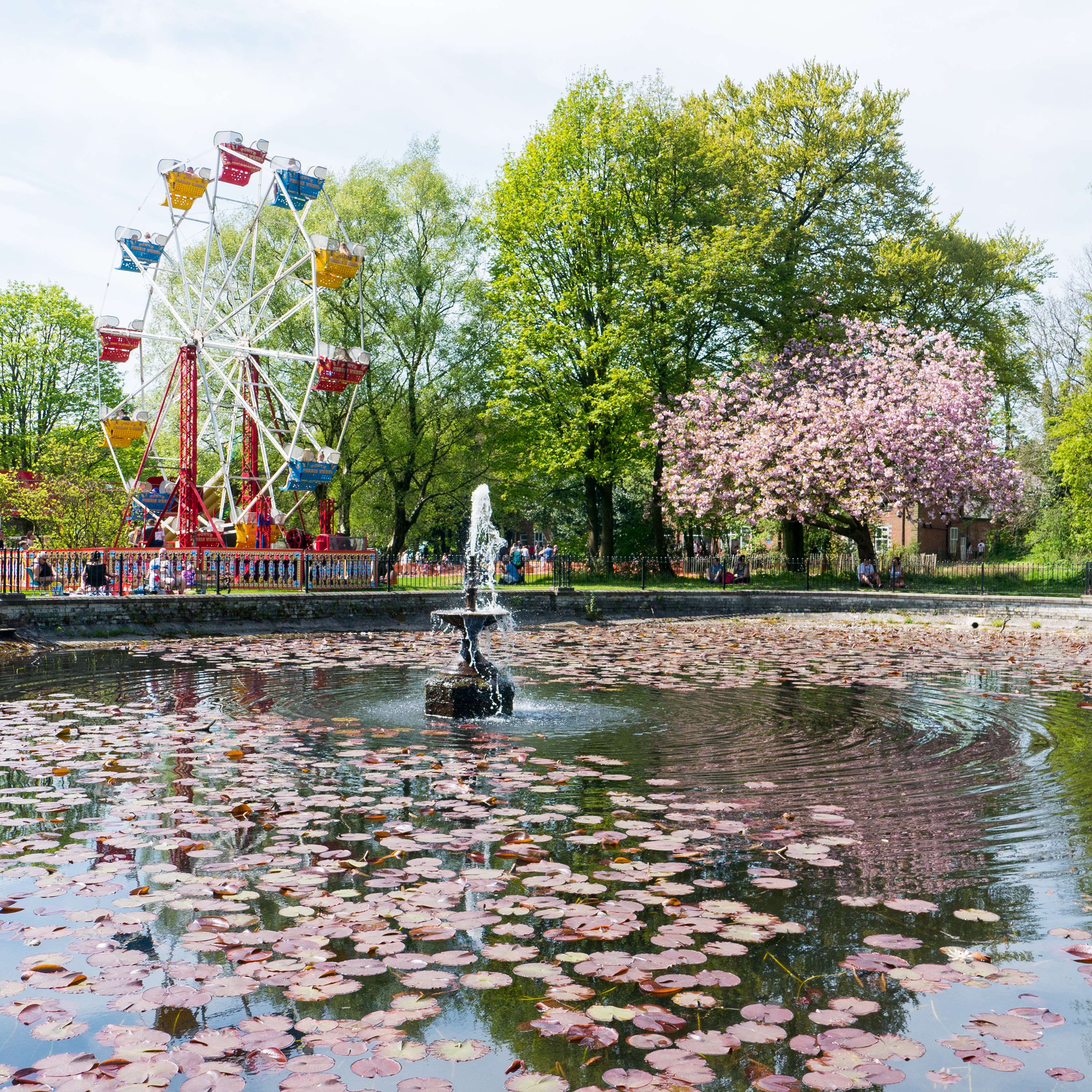 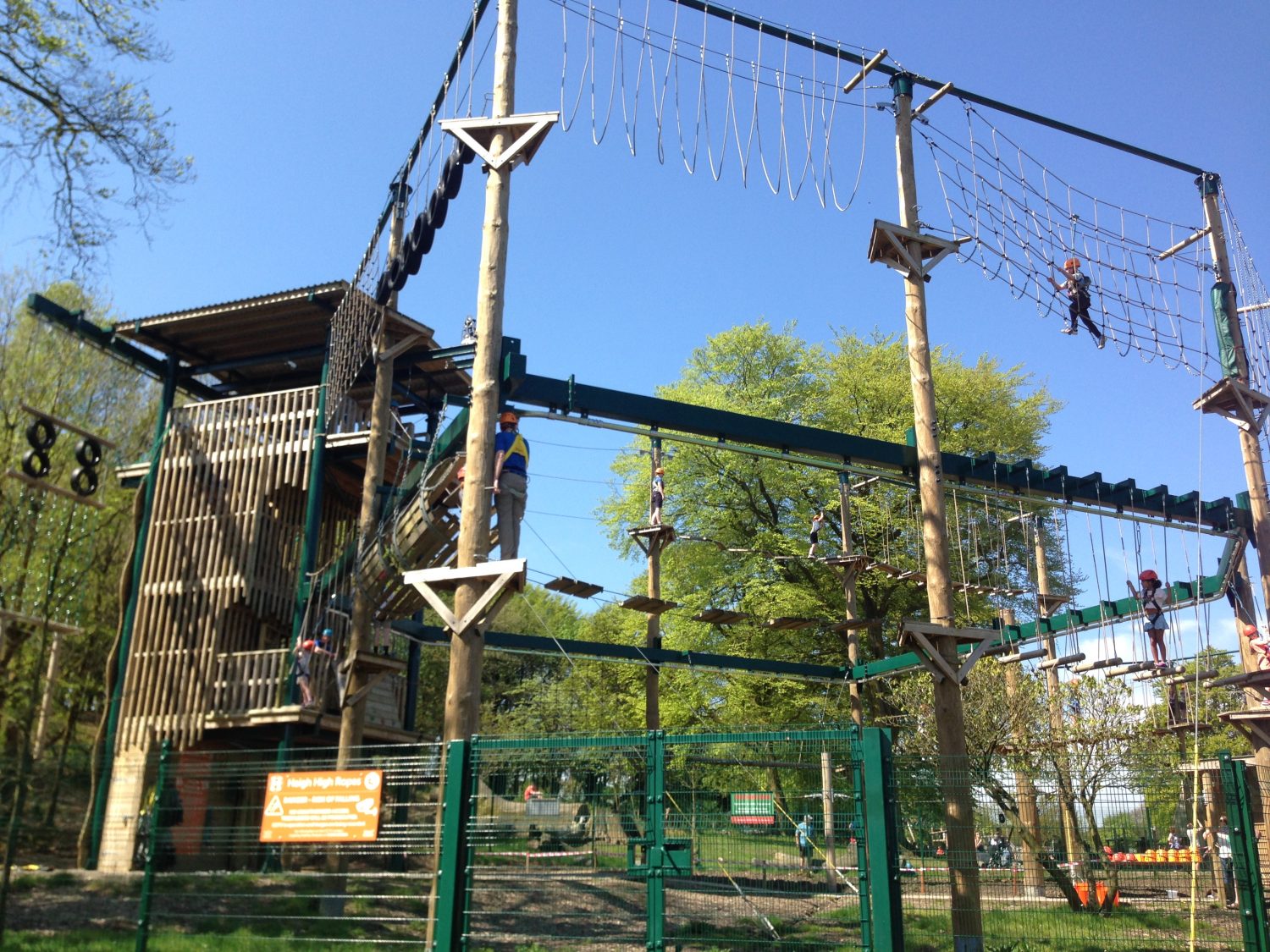 The High Ropes – wouldn’t catch me doing them!

Haigh Hall was amazing. There’s so much to do there with children – and it’s free entry. There’s a quaint miniature train to take you around and also a few small steam ones which Barry adored. He couldn’t fit on the one we went on, then halfway round we spotted him on his own steam train! 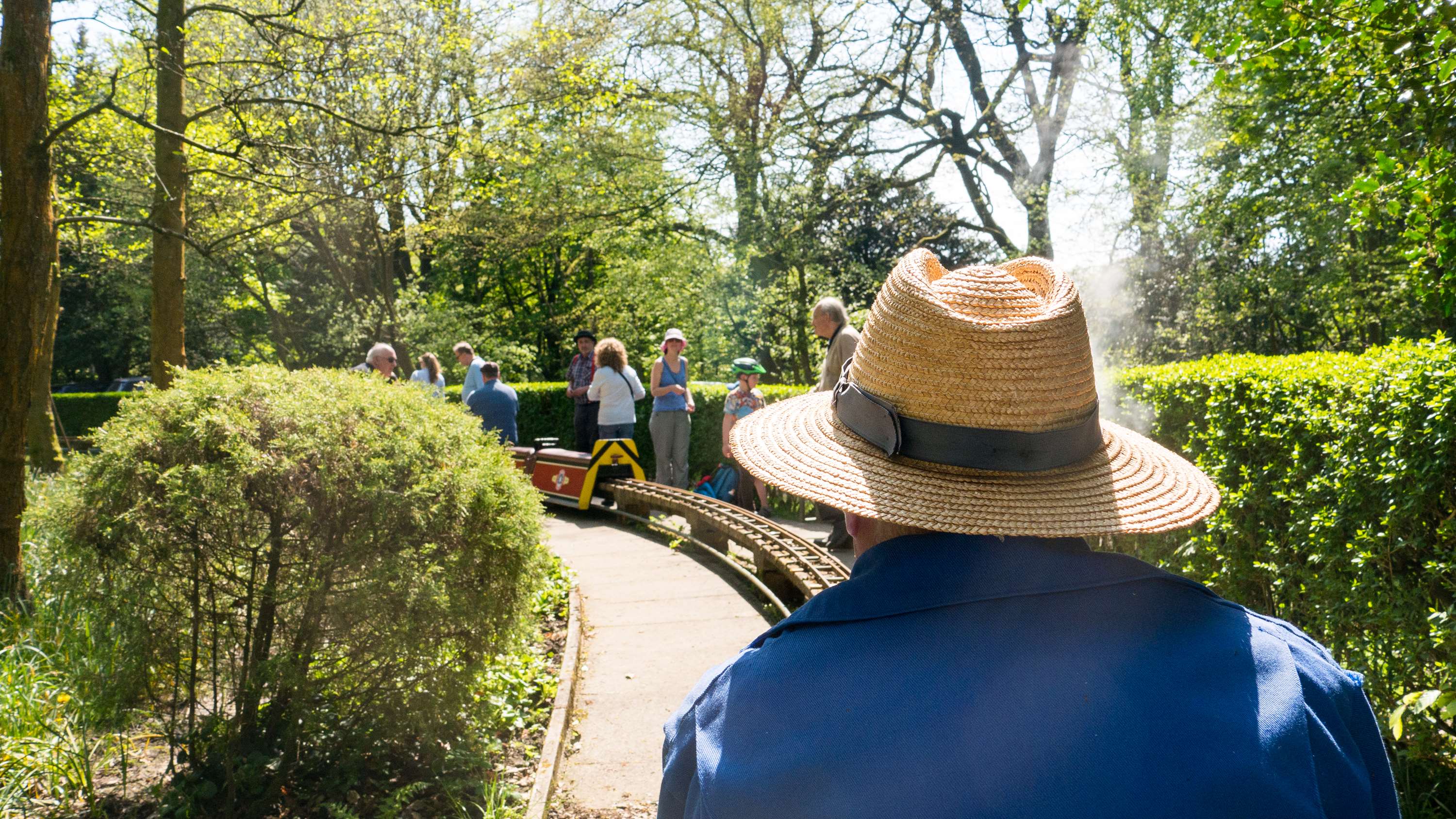 The last time we did the Wigan 22 lock-flight was in August 2009. It took us over six hours and the weather was dreadful. We just managed to get to Wigan train station in time to meet Lisa, who came on board for a couple of days and had a few photography lessons.

This time we enjoyed the descent much more … 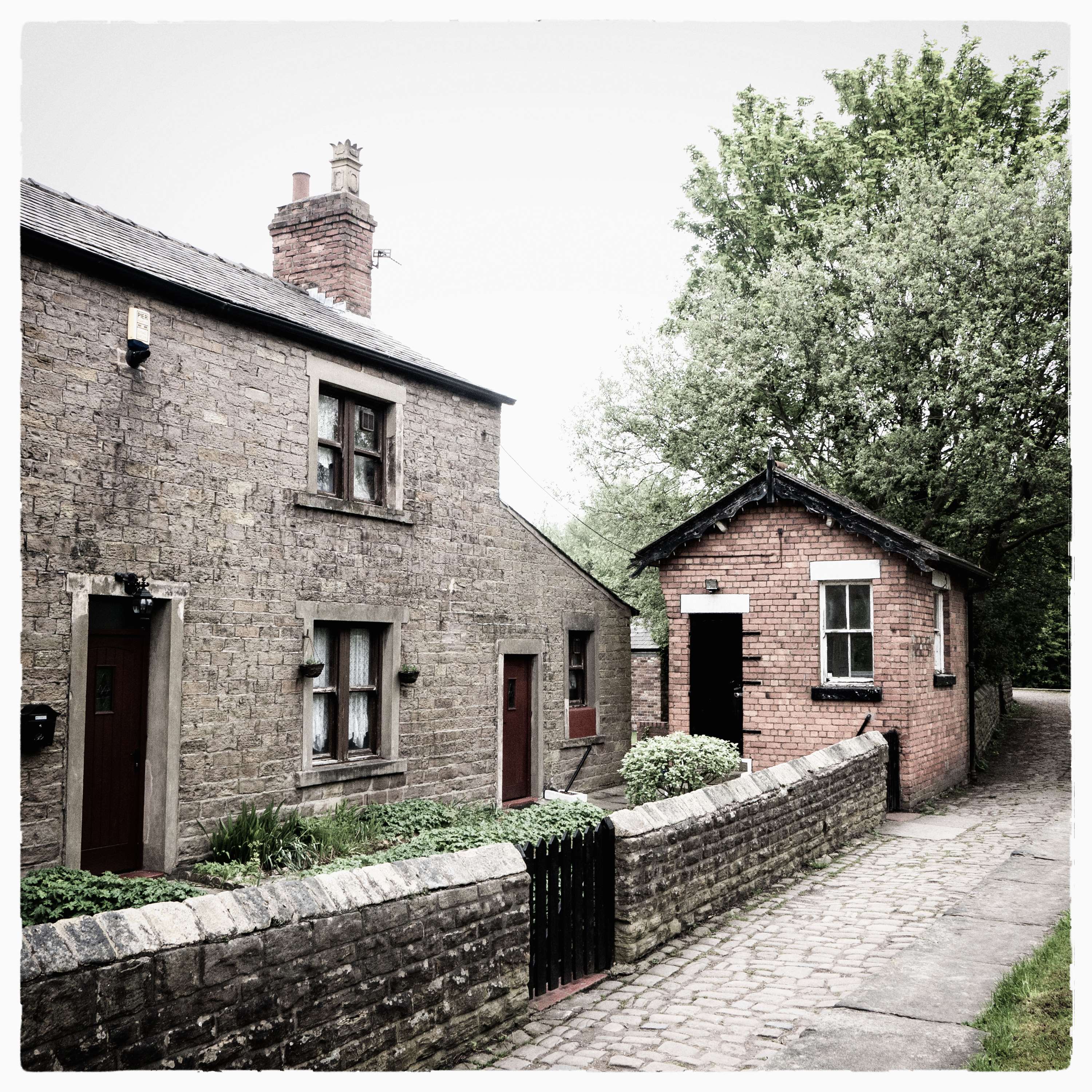 The lock keepers Cottage at the top of the Wigan Flight 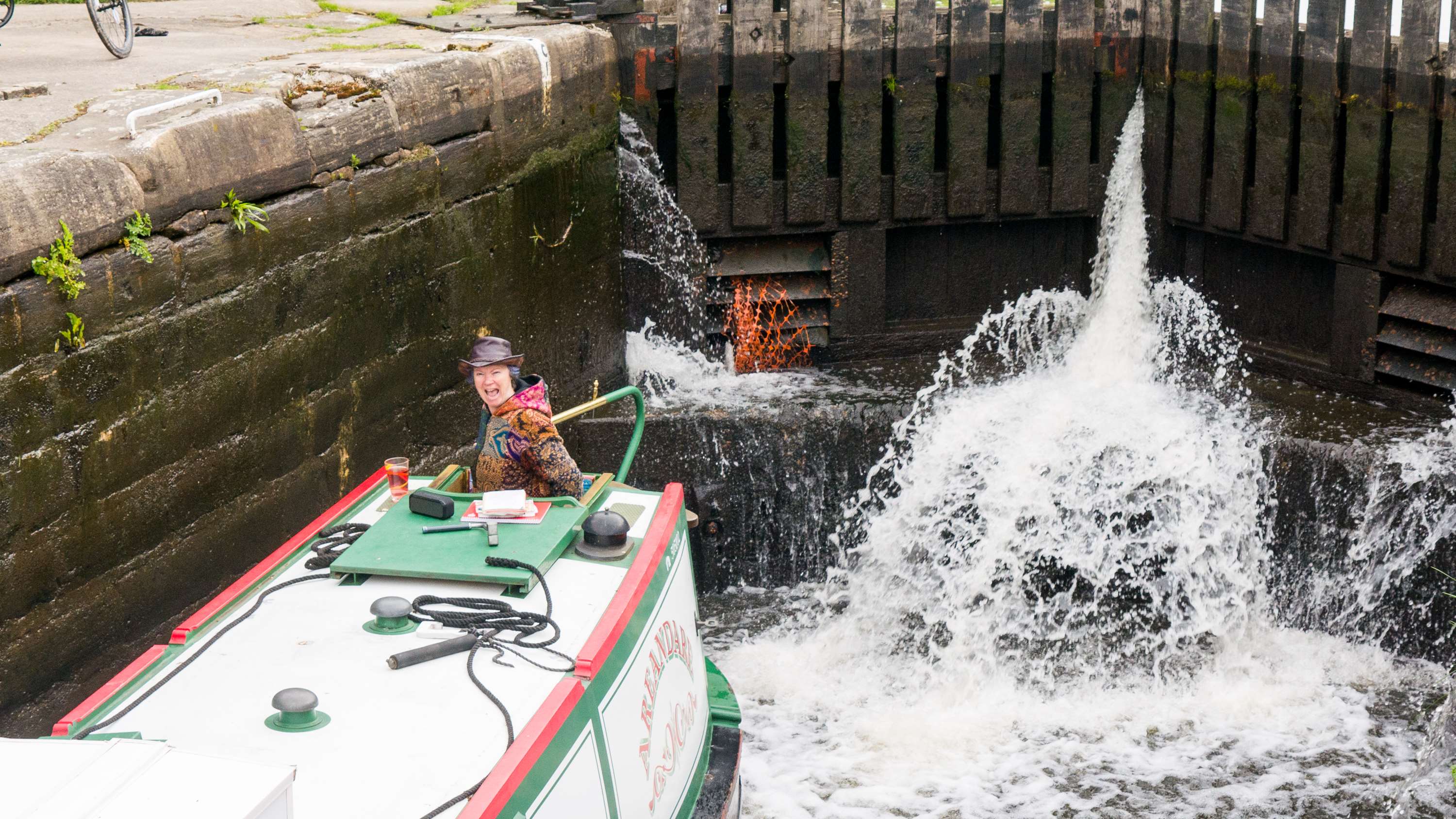 A few leaky locks but didn’t cause too much stress 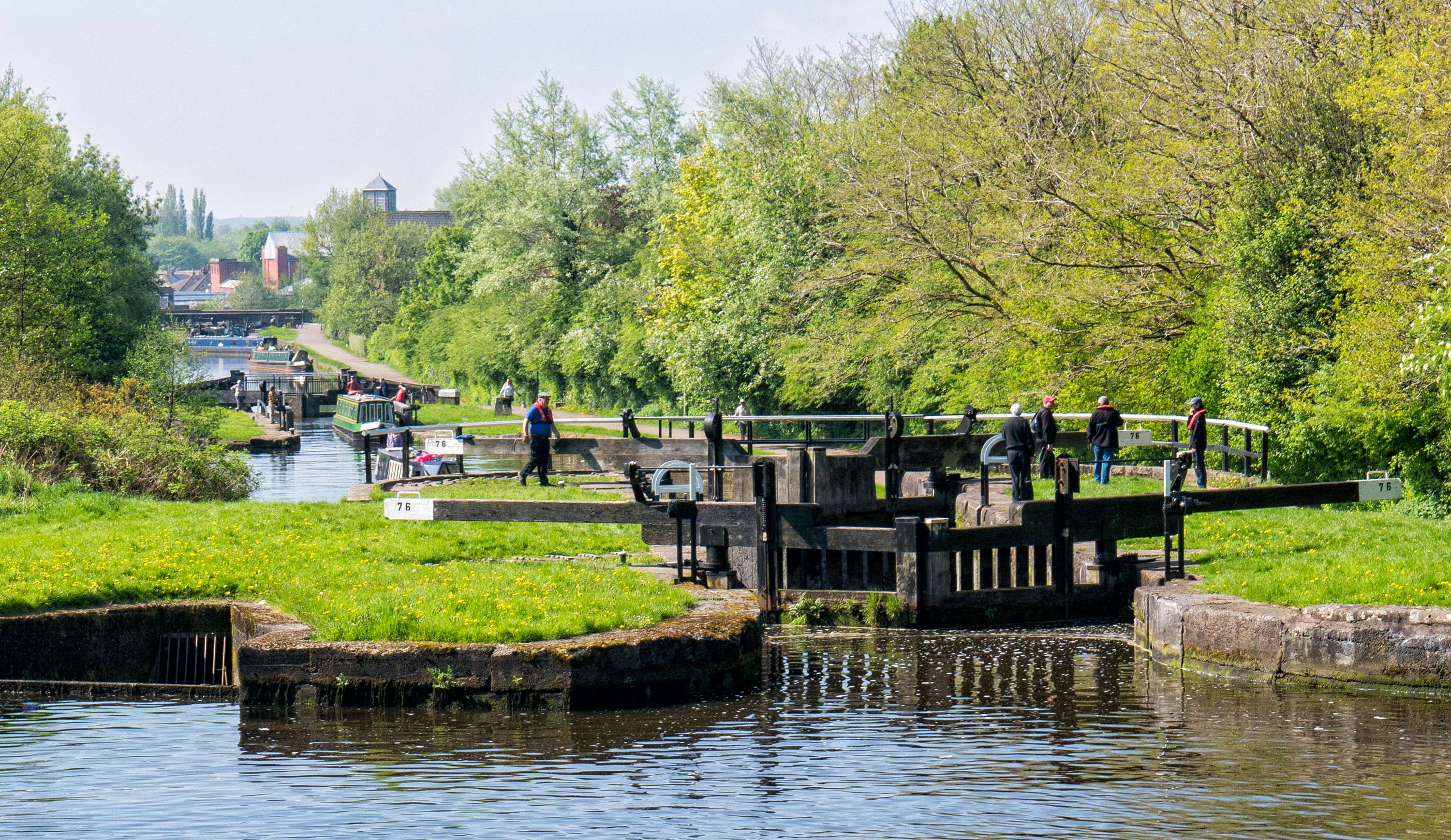 A pleasant trip down the flight of 21. With a bit of help from the very friendly lock keepers. Very different from our 2009 day where it hailed just as we set off with cold rain most of the way down and no help in sight! 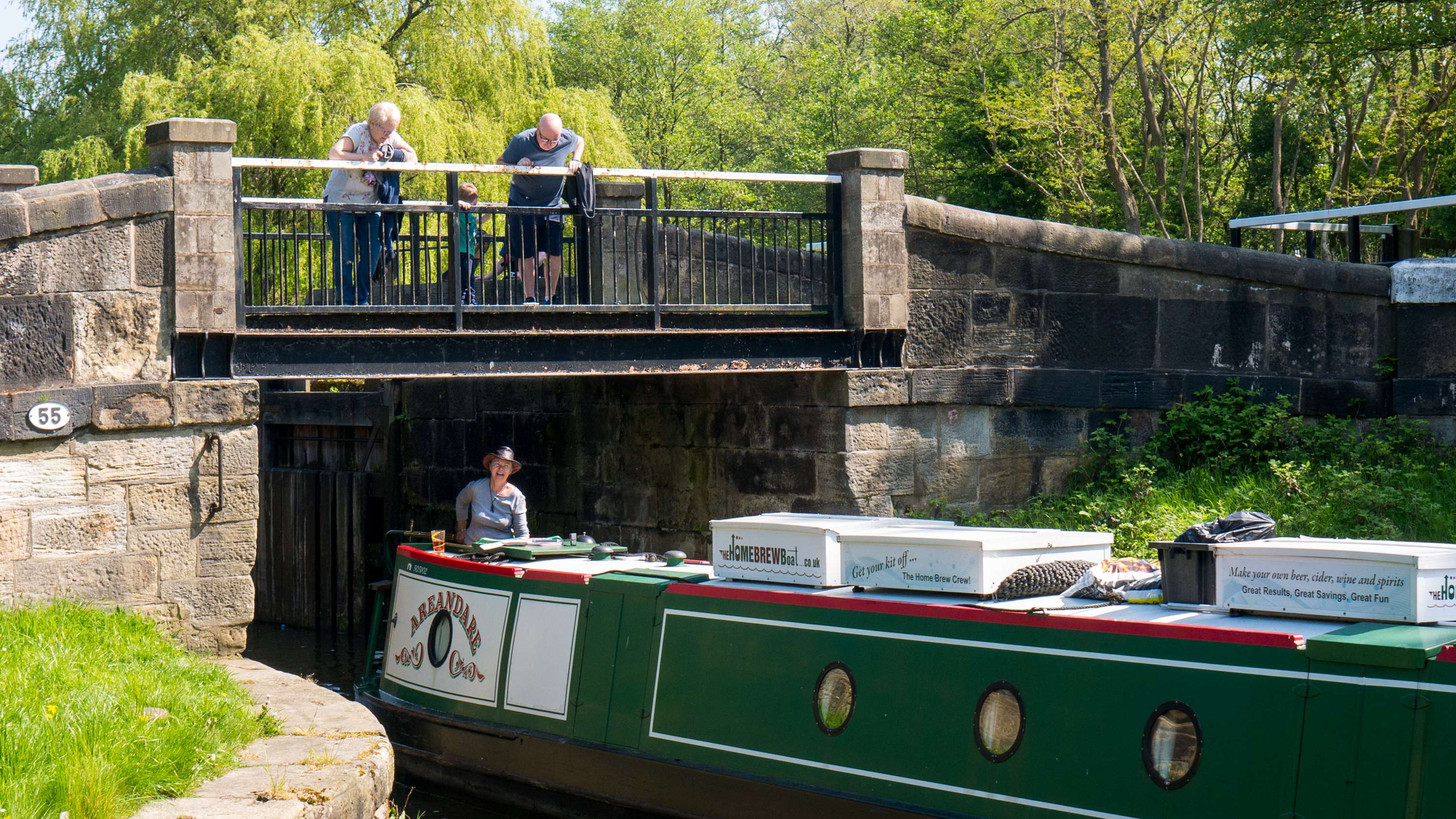 Four and a quarter hours instead of six and a half 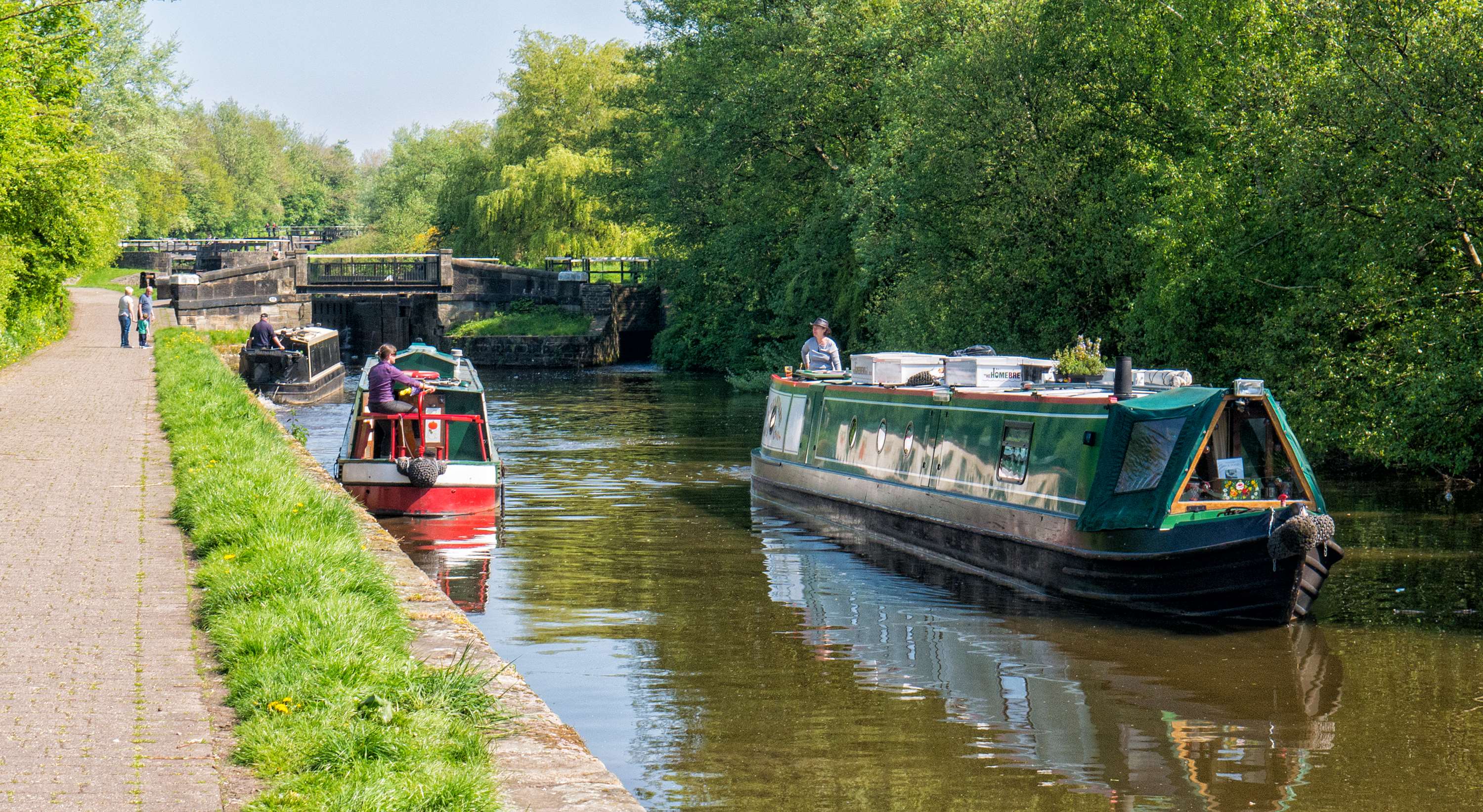 CRT are trialling new lock opening times, to try and save water, which confused a few boaters who hadn’t heard. You must be there between 8am and 9am, or 2pm and 3pm, to start going up or down. Out of those times the top and bottom locks are padlocked. 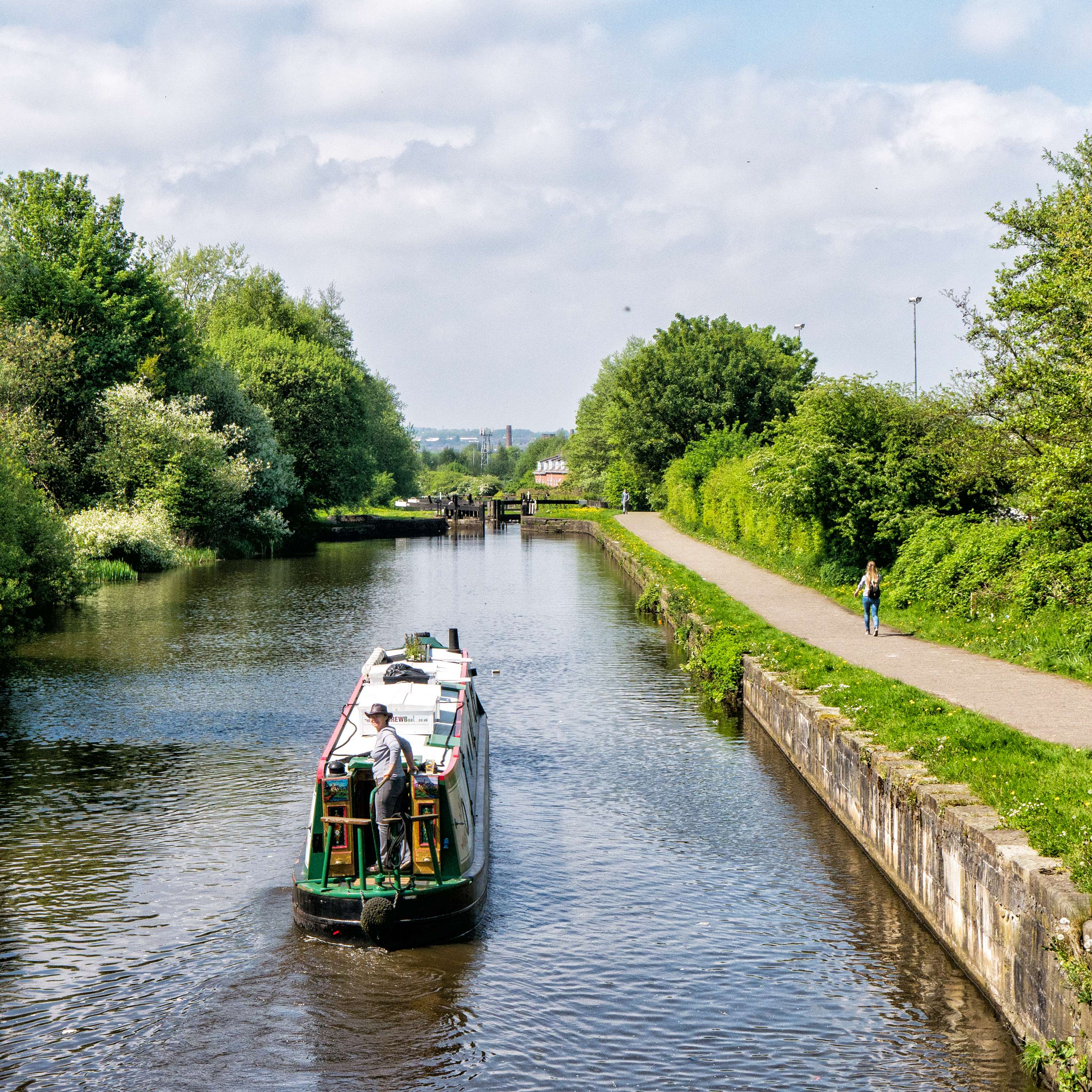 I’d have to say they were a piece of cake! Not like how so many boaters had described them.

We arrived for the early opening, though having been moored a short distance away the lock-keeper wasn’t expecting anyone to be going down. We guess boaters generally moor up at the top of the flight. Sadly there were no other boats to share with – but we still managed easily. The Lock-keepers were much more visible in 2018 than 2009 – thank you CRT! They set many of the locks for us which helped a great deal.

A celebration in London and Lichfield

I left Barry on Wednesday 9th May, heading for Lichfield to my older sisters’ house. The four Walsh sisters travelled to London for Kath’s 60th birthday, and had a fabulous time. Arriving at Euston Station on 10th May, I literally bumped into Paul Macey, from NB The Manly Ferry blog. We’d visited Paul and his wife Elaine in 2010, when they lived in Sydney. Sadly Elaine died a couple of years ago, and devastatingly Paul now has cancer and isn’t well. I was so happy to see him again. Much love to you Paul, I know things are pretty horrid for you, but also that you’re surrounded by the love of many family and friends. 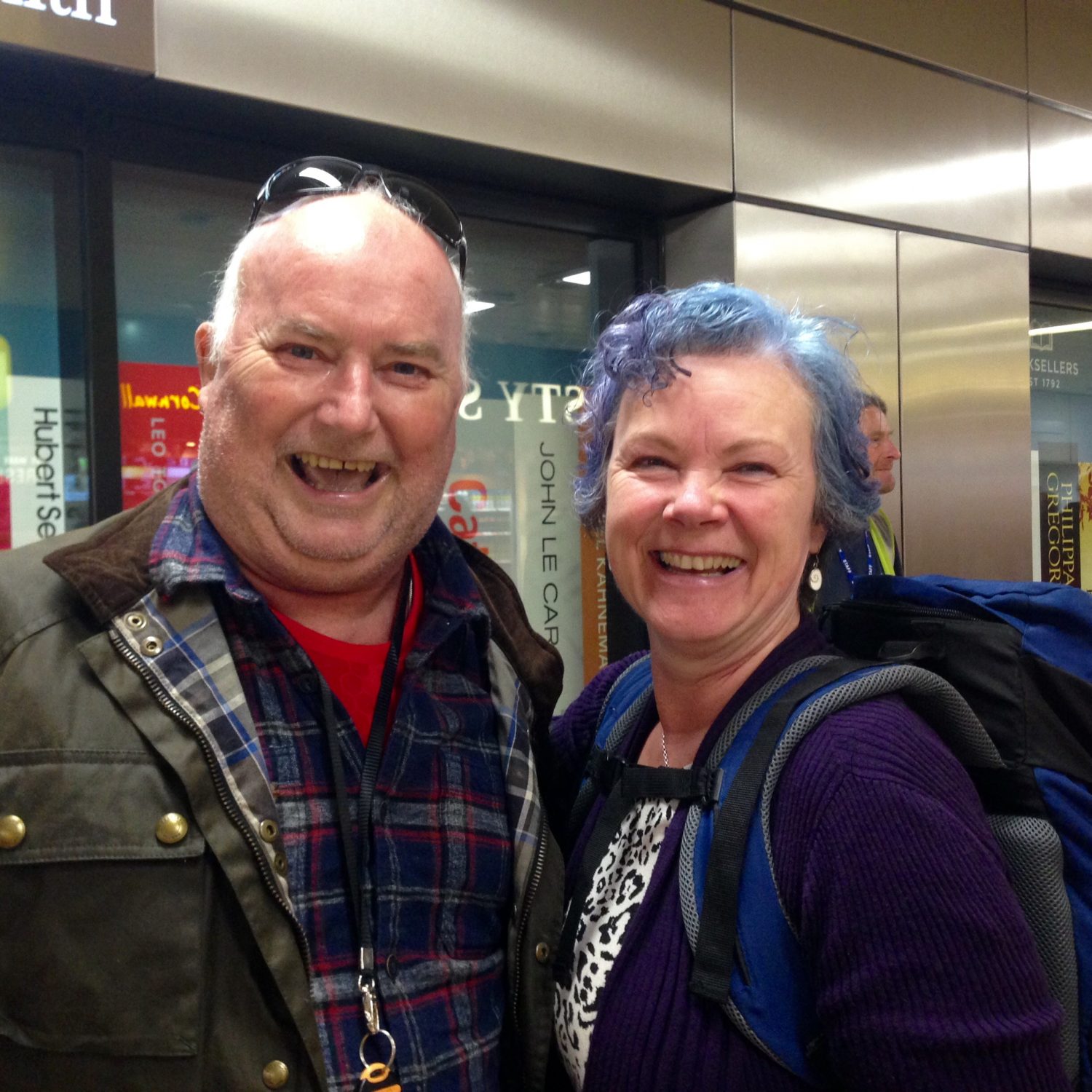 A bit of a mixed bag in this long post! Lots to be grateful for – mum even phoned Kath on the day of her birthday which was so unusual as she rarely called anyone. I’d recently bought her an iPad and we Face-timed with her from London. Very special.