I’ve been left in charge of the blog while Sandra’s away in Minorca for a week, so you won’t be surprised that I’ve  used creative editing with the last posting and forgot to include two special meetings along the way and a bit of a flock up!

The first was catching up with Gill and Steve on nb ‘Periwinkle’ (they trade as ‘All Things Lancashire’). They came to visit us briefly when we were at Skipton, while their boat was waiting to come out for blacking at the marina at Barnoldswick.  When we got to them we had a great night being entertained on their boat whilst it was up on the hard stand opposite where we moored. 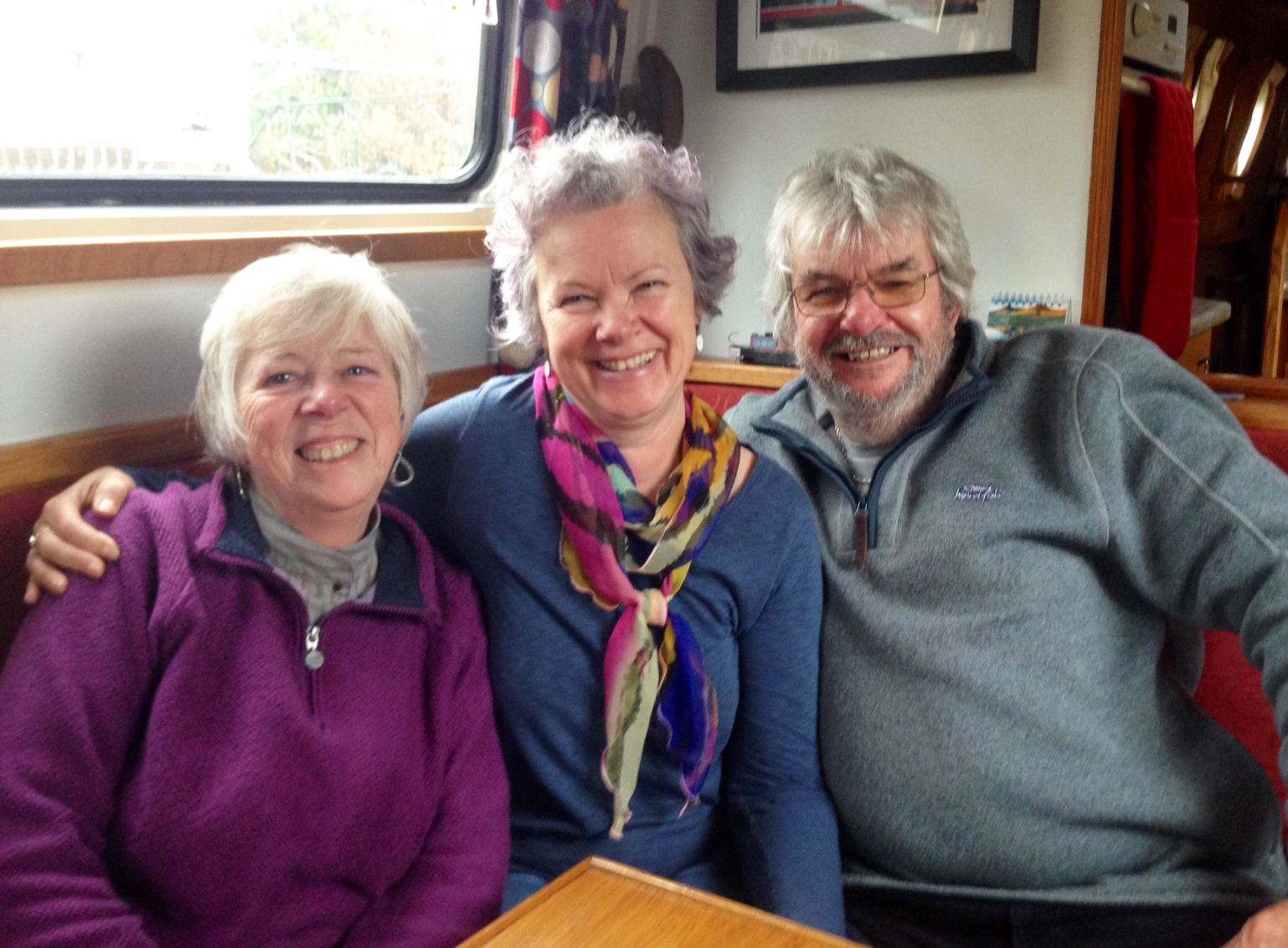 Sandra left me to it the following day as she was off to her mum’s. A bus from Barnoldswick to Burnley to pick up an ‘Enterprise’ hire car.  I had to sort diesel and a pump out at the boatyard, so decided not to cruise too far. In fact it was only just around the corner to the ‘Anchor Inn’ which required a compulsory visit in the evening.

The following morning I got a knock on the side of the boat and a rough sounding “Is it cold in the winter?” Bob and Sandra from ‘All Things Spanish’ had been walking along the canal and seen me. A quick chat and offer of a cooked breakfast was too much to resist. Barnoldswick  is their hometown, and they were back for a family wedding. (Sorry I never got a photo)

Great to catch up with fellow traders. You never know where someone’s going to pop up next! 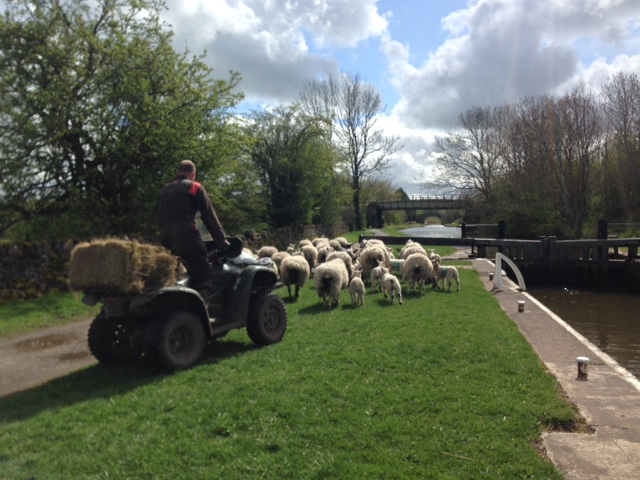 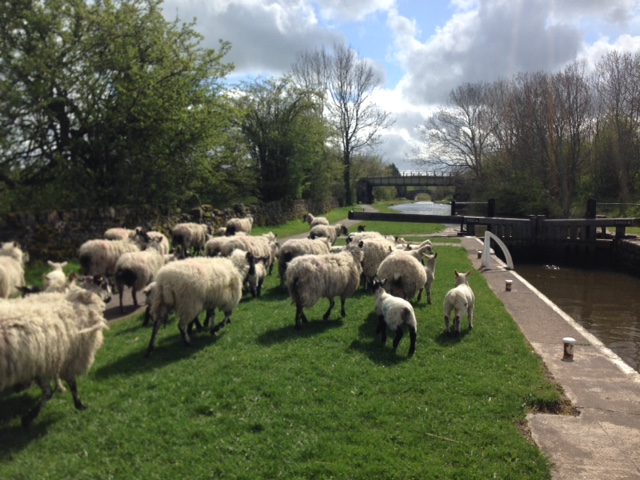 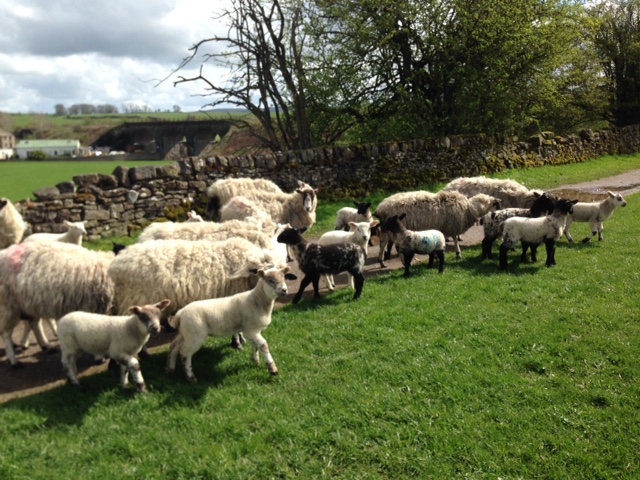 Sandra encountered this little flock of sheep crossing the canal bridge by the lock. They all seemed curious as to what was going on but took it in their stride.  (This was prior to arriving at Gargrave on the previous post.)

So after exiting the Foulridge Tunnel it was a short hop to the top of the Barrowford Locks where I moored for the night before continuing the next day to Burnley. 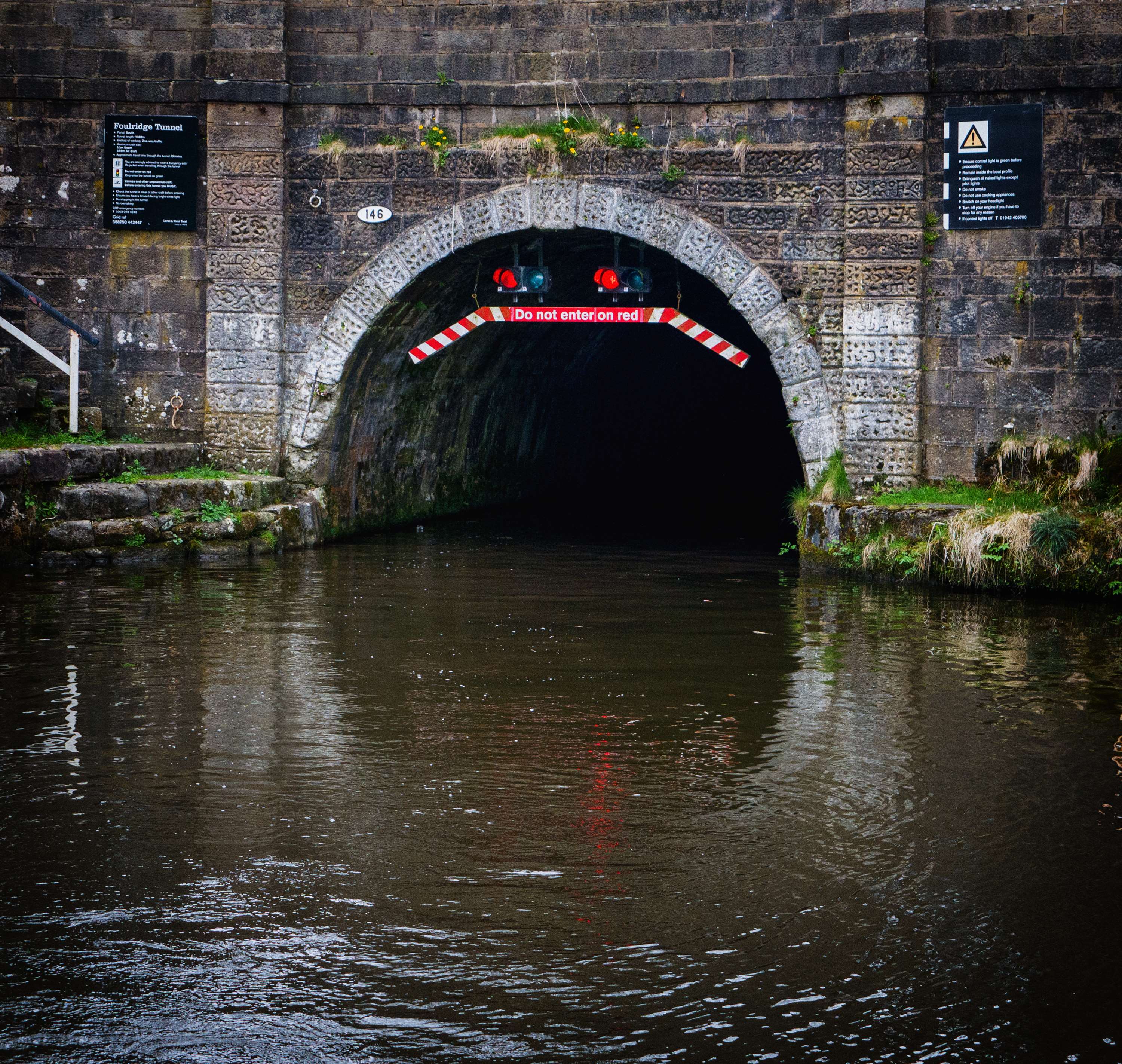 The Southern exit of the Foulridge Tunnel, looking very frightening. Like a monster about to swallow you whole. 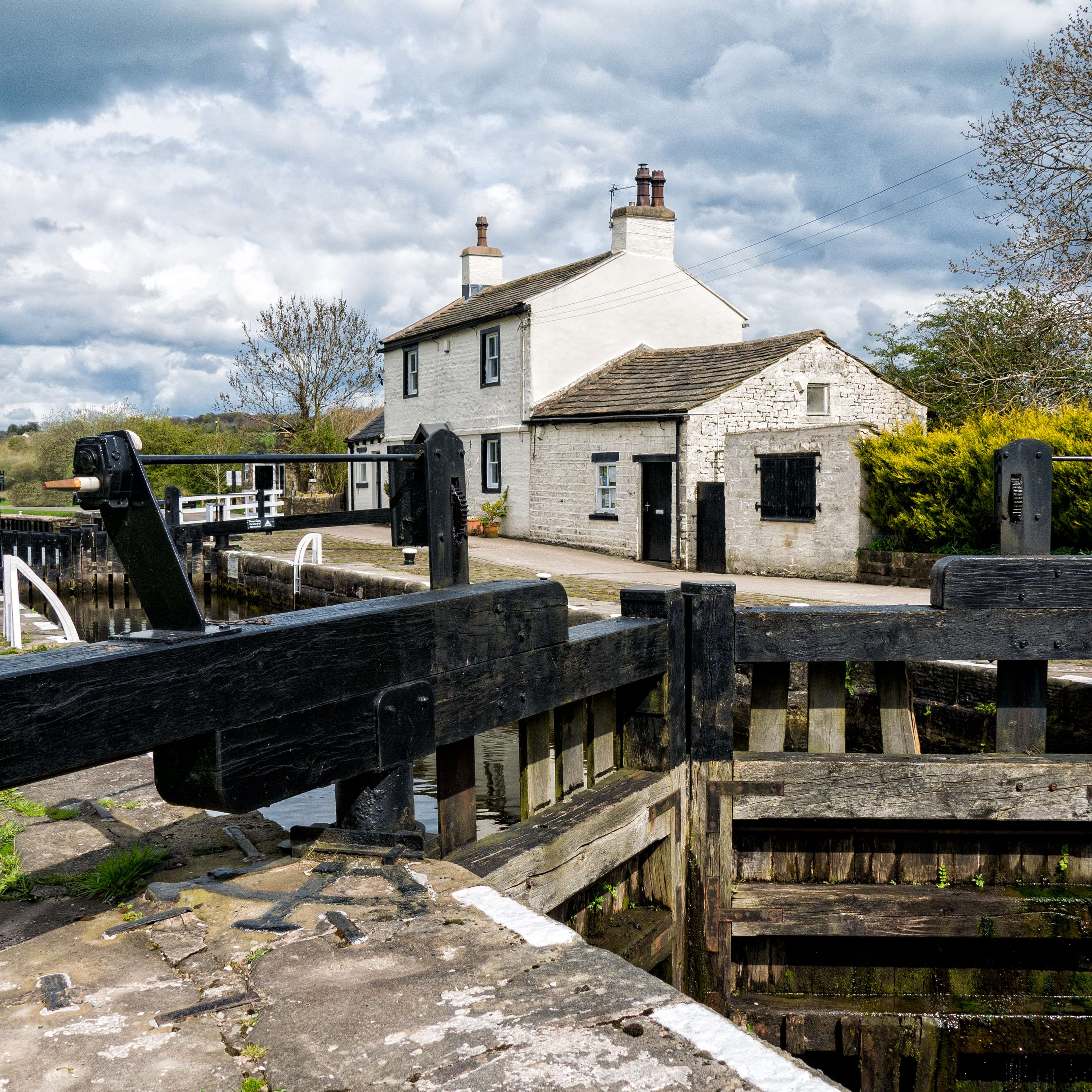 Top Lock of the Barrowford Lock Flight of seven locks. 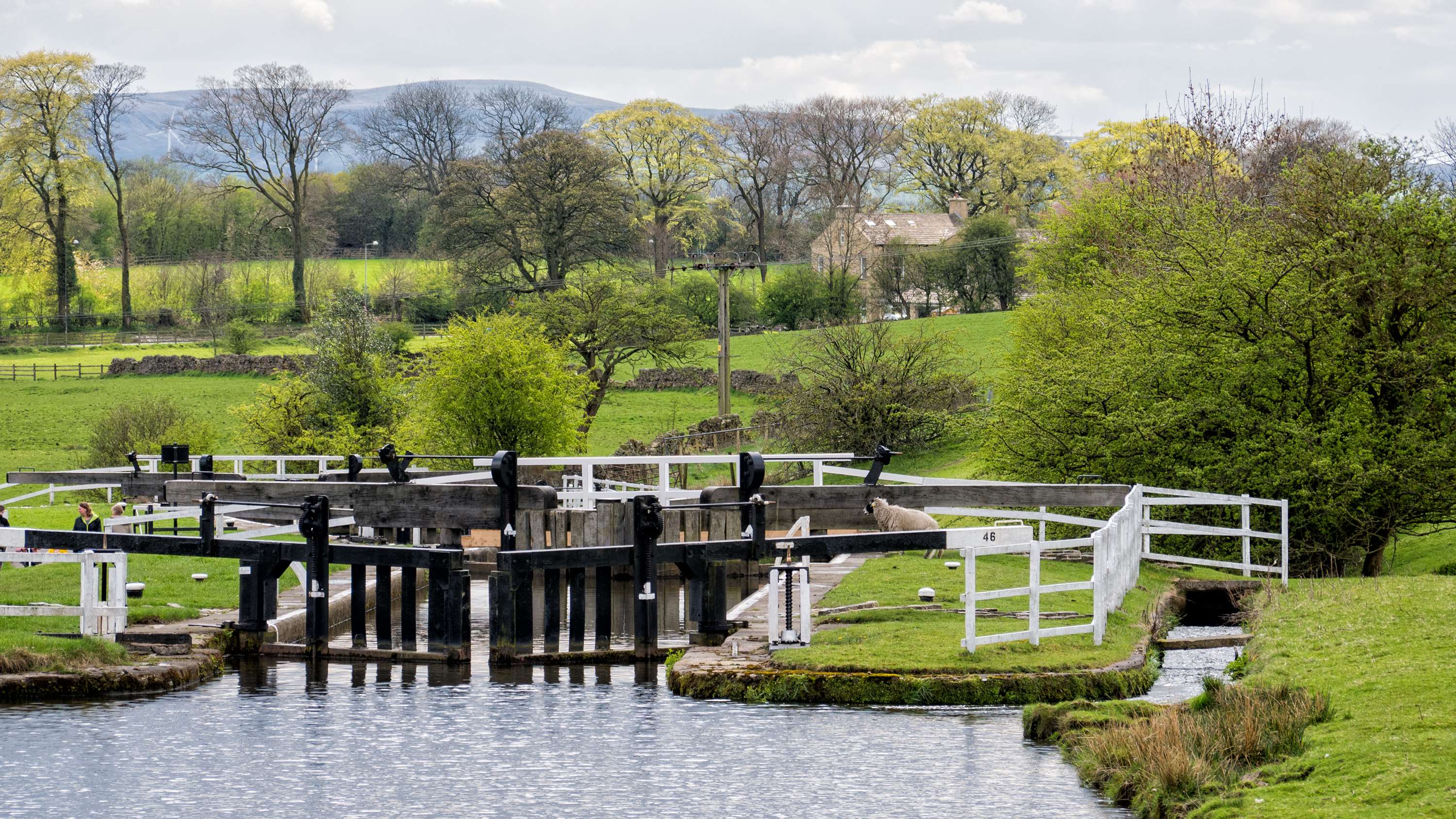 Barrowford Reservoir’s level is down at the moment as apparently when it’s full it leaks quite badly, so needs a little TLC. 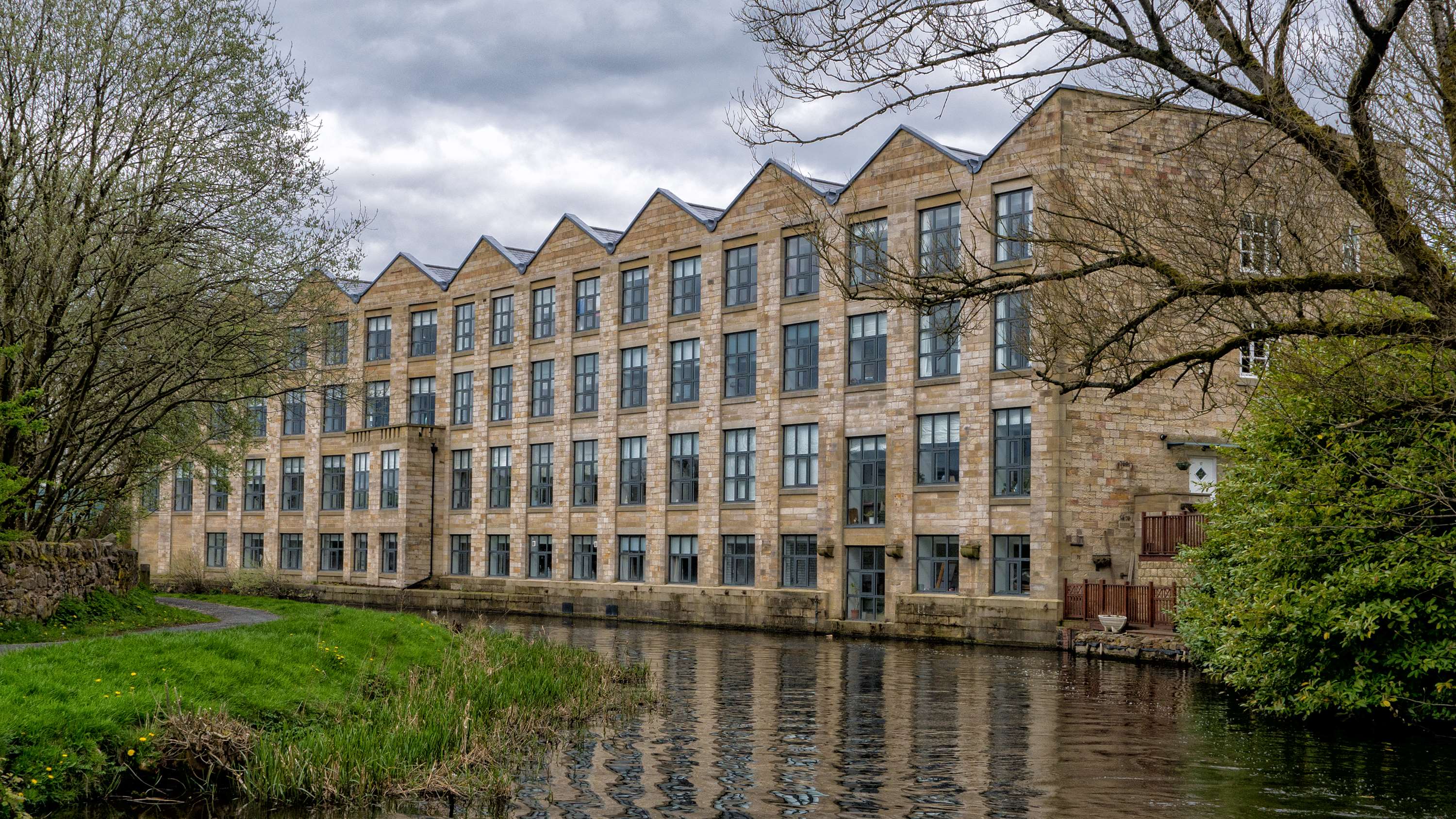 Converted mill buildings on the approach to Burnley 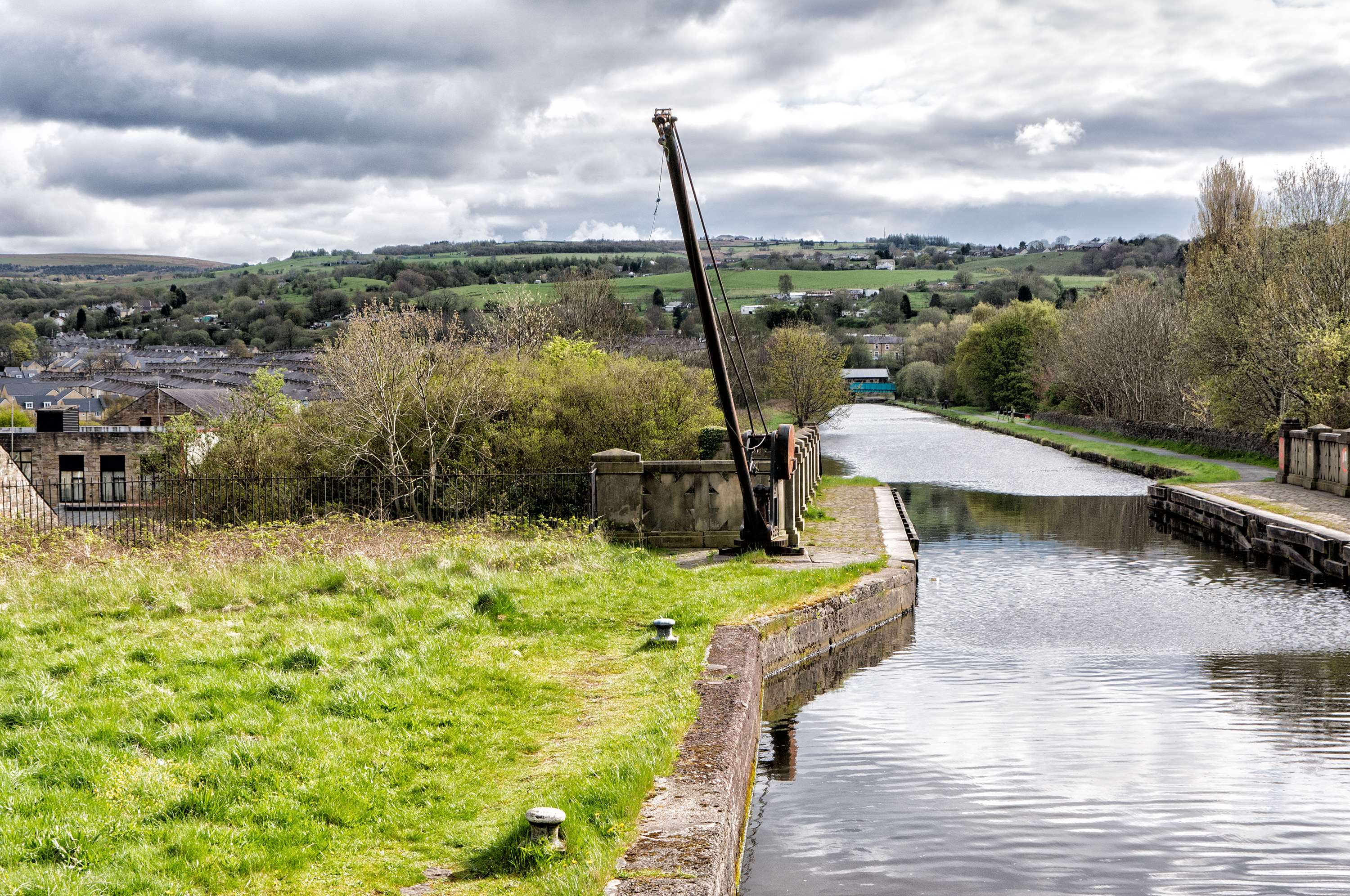 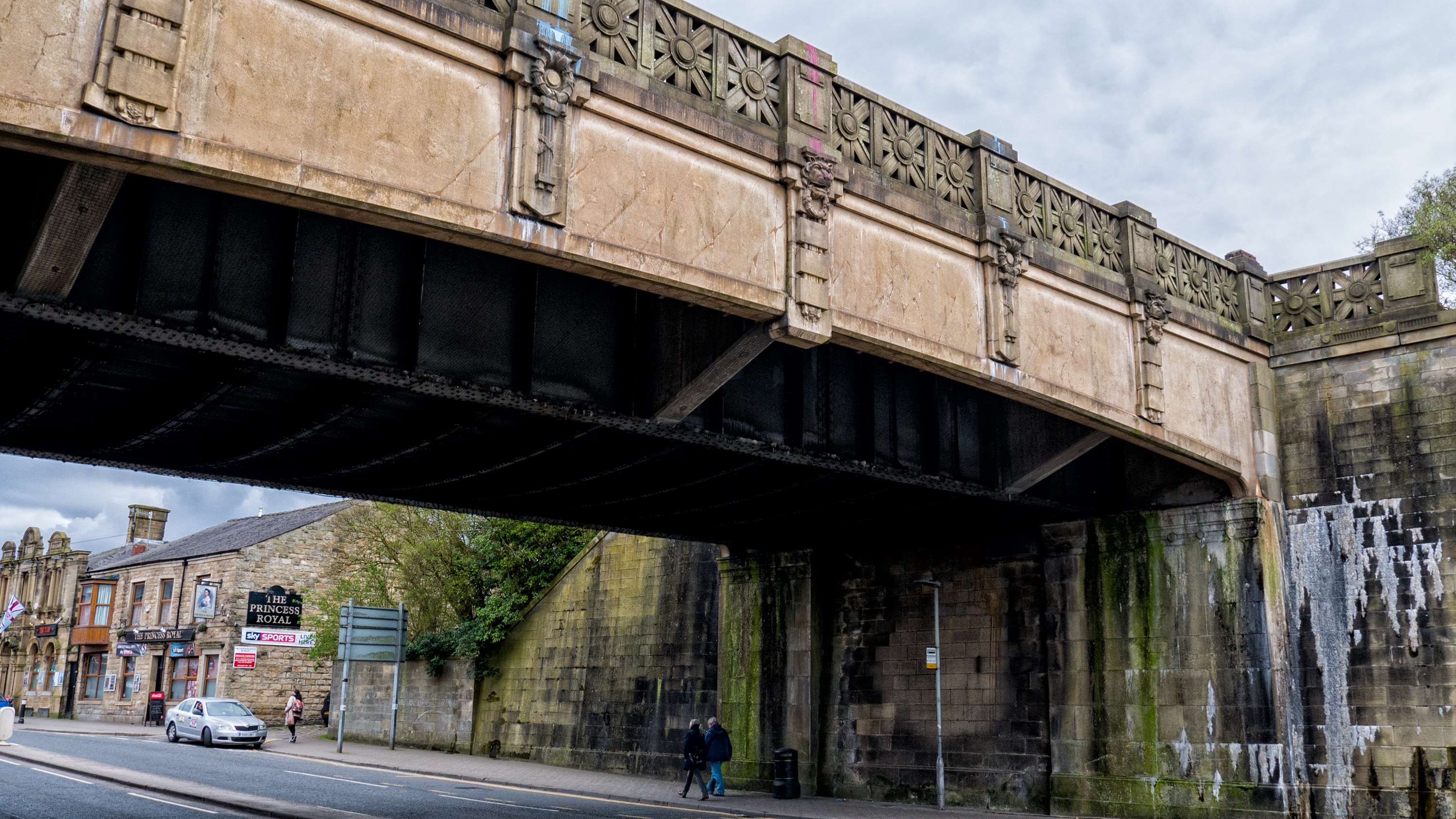 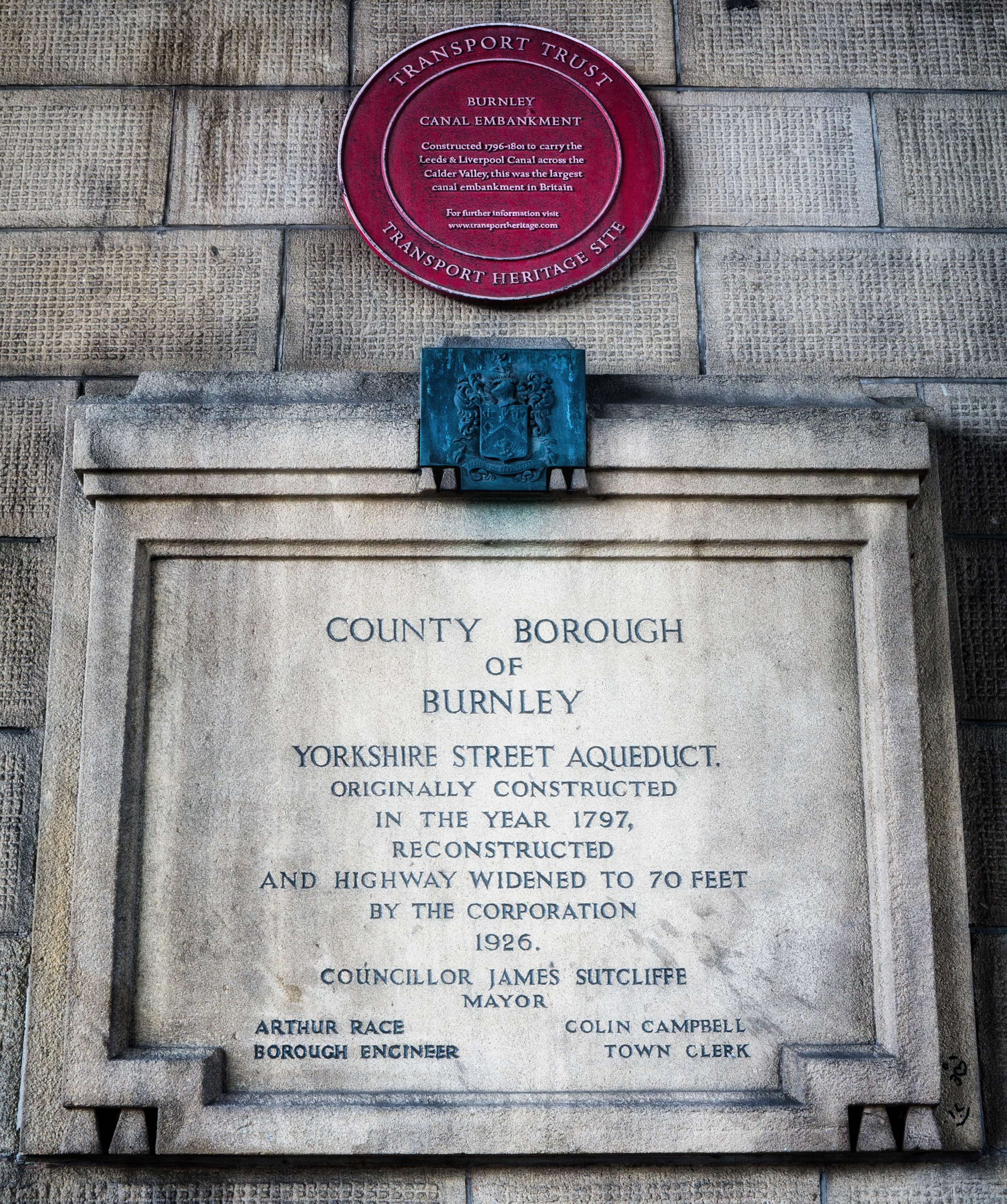 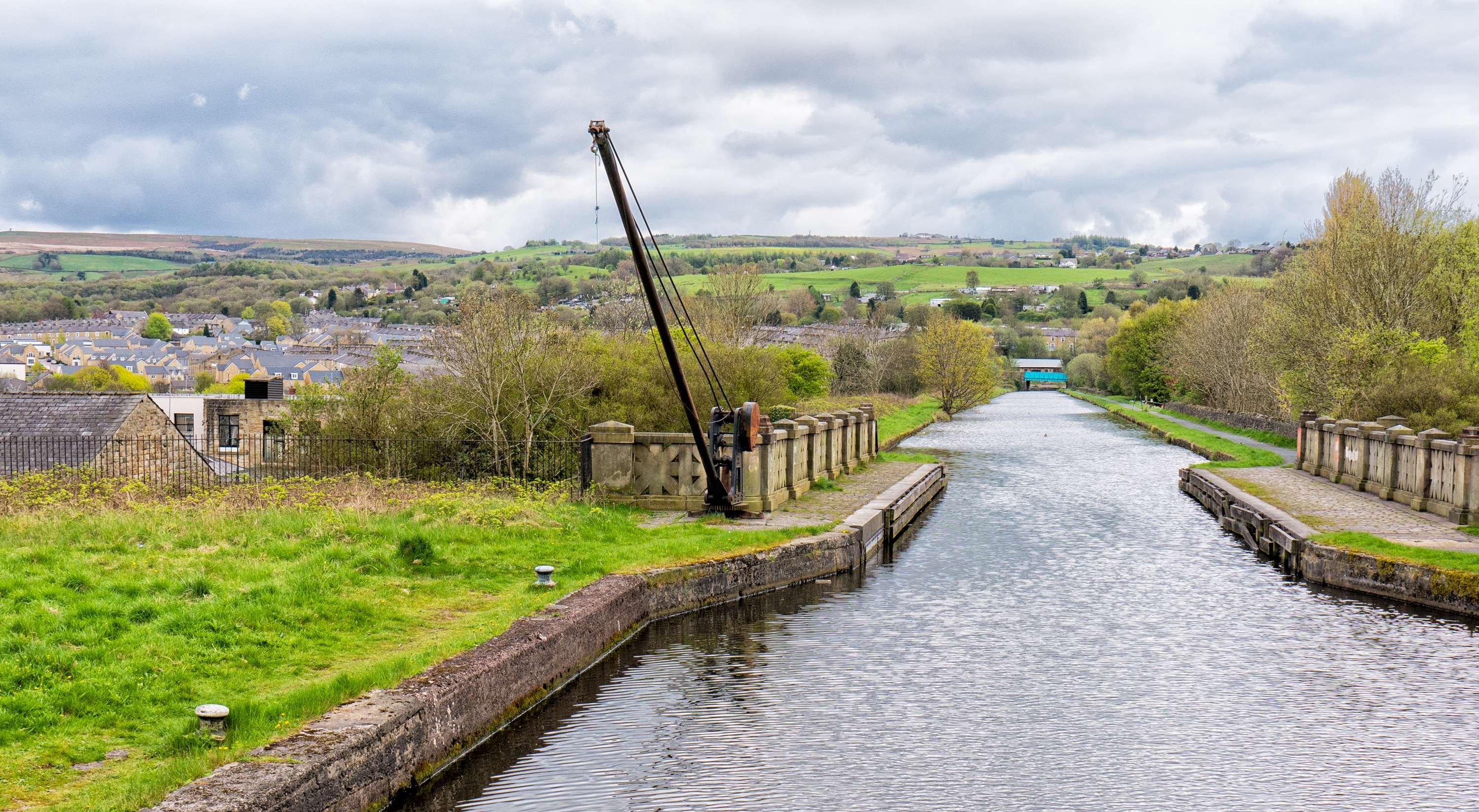 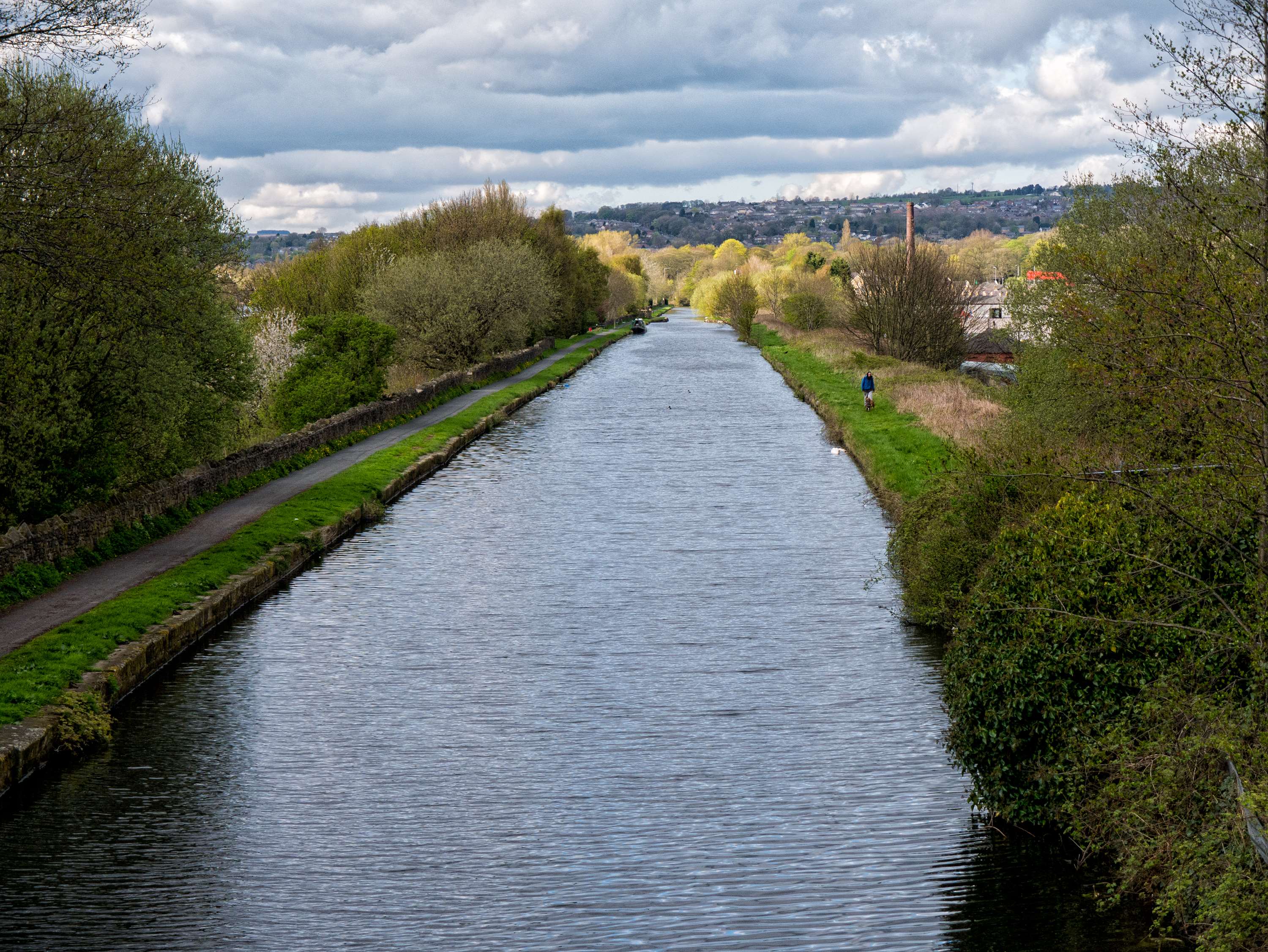 I wanted to stay in Burnley for at least a couple of days to see if I could get a good  photograph of the embankment.

The Burnley Embankment is regarded as one of the ‘Seven Wonders’ of Britain’s waterways. While not being as dramatic or daring as some of the other ‘wonders, it is nevertheless a huge and impressive structure.

Rather than take a long detour, following the contours around the valley, it was decided to build an embankment, almost but not quite a mile long and up to sixty feet high, straight across to the opposite hillside. It is known locally as “The Straight Mile”

It was built between 1796 and 1801 using basically picks, shovels and wheelbarrows. Though costly to construct, it meant the valley could be traversed by the canal without the need for two systems of locks.

Can you imagine piling up enough dirt etc. to build the embankment, compact it and stabilise it enough, then make it waterproof sufficiently to be able then put a canal approx 40 – 50’ wide the full length? Remembering that it cuts through the centre of Burnley, so a breach would be fairly devastating.

With the amount of rain they have around this area it must have been a case of ‘two feet up, one foot down’!

To me, this is well and truly one of the ‘Seven Wonders’. 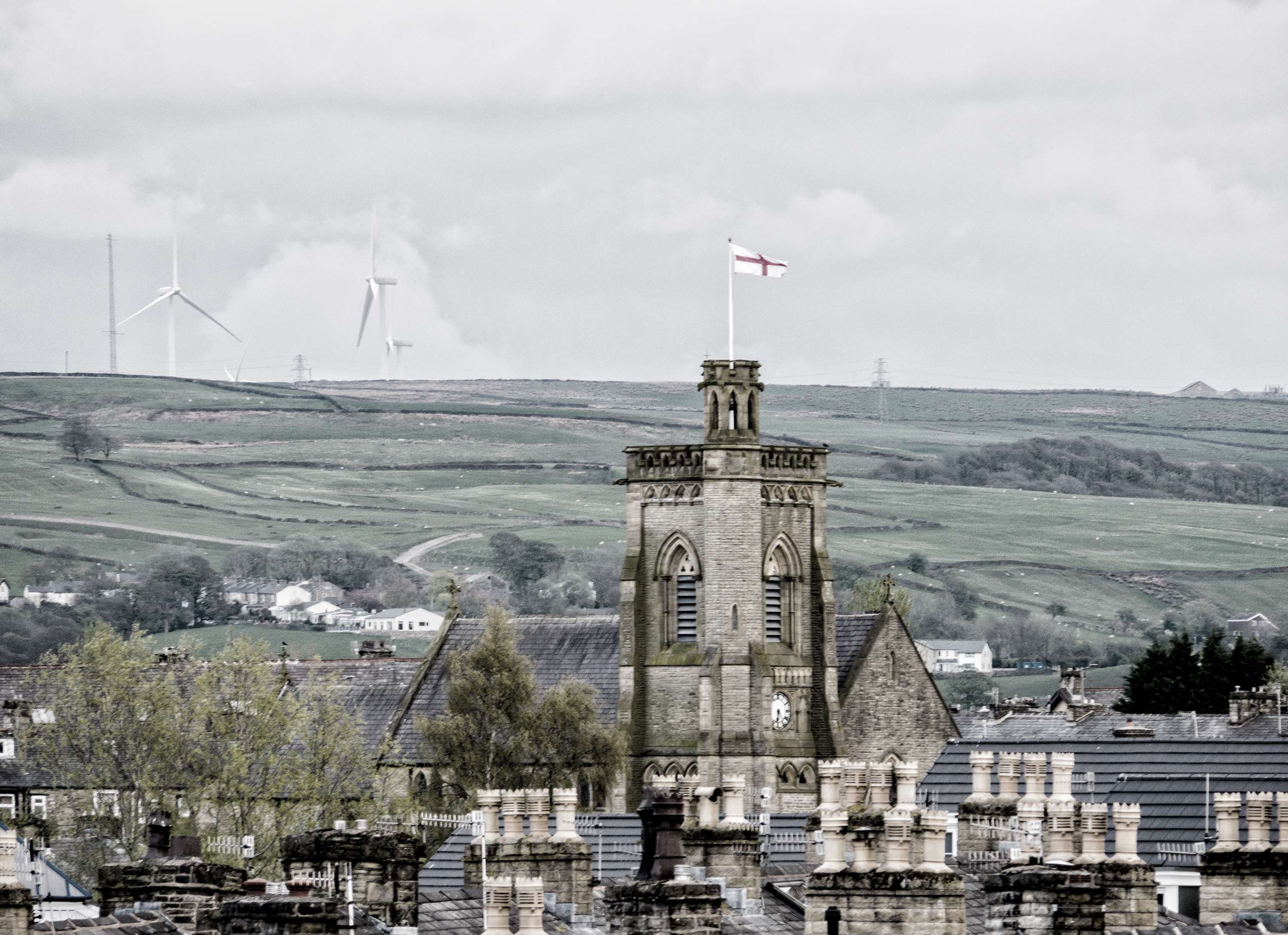 Looking from the embankment across the chimney pots to the Pennines in the distance. 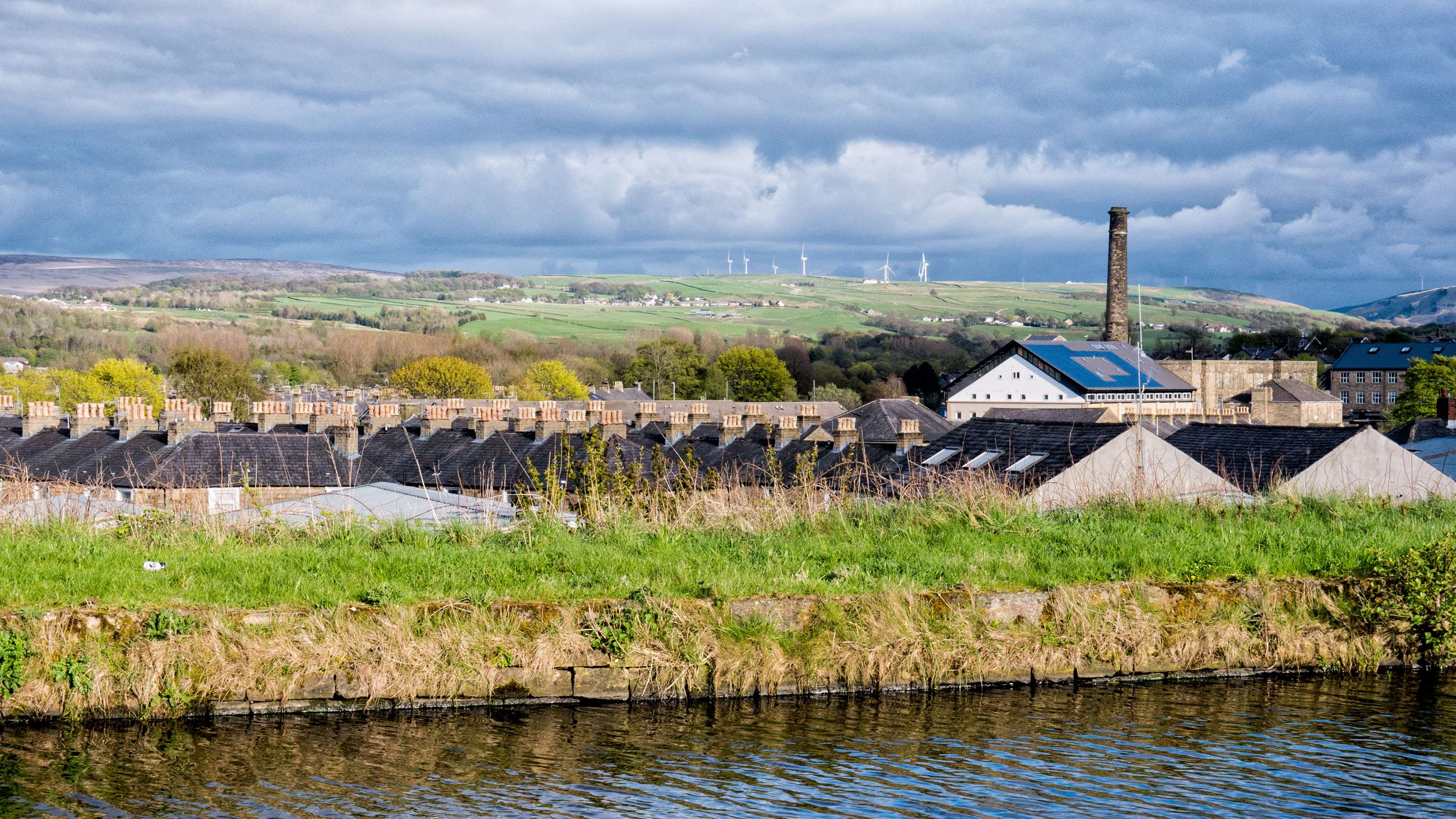 Travelling along at rooftop level

I have managed to get what I feel are reasonable photos of the other six ‘Wonders’, but didn’t have one of the embankment good enough to make into a greeting card and so complete the set.

This time in Burnley I was determined to get something usable, and did some research on websites and Google Earth to see what the options were. So I felt climbing the hill at the southern end was my best choice, and if I got lucky the sun might even come out. 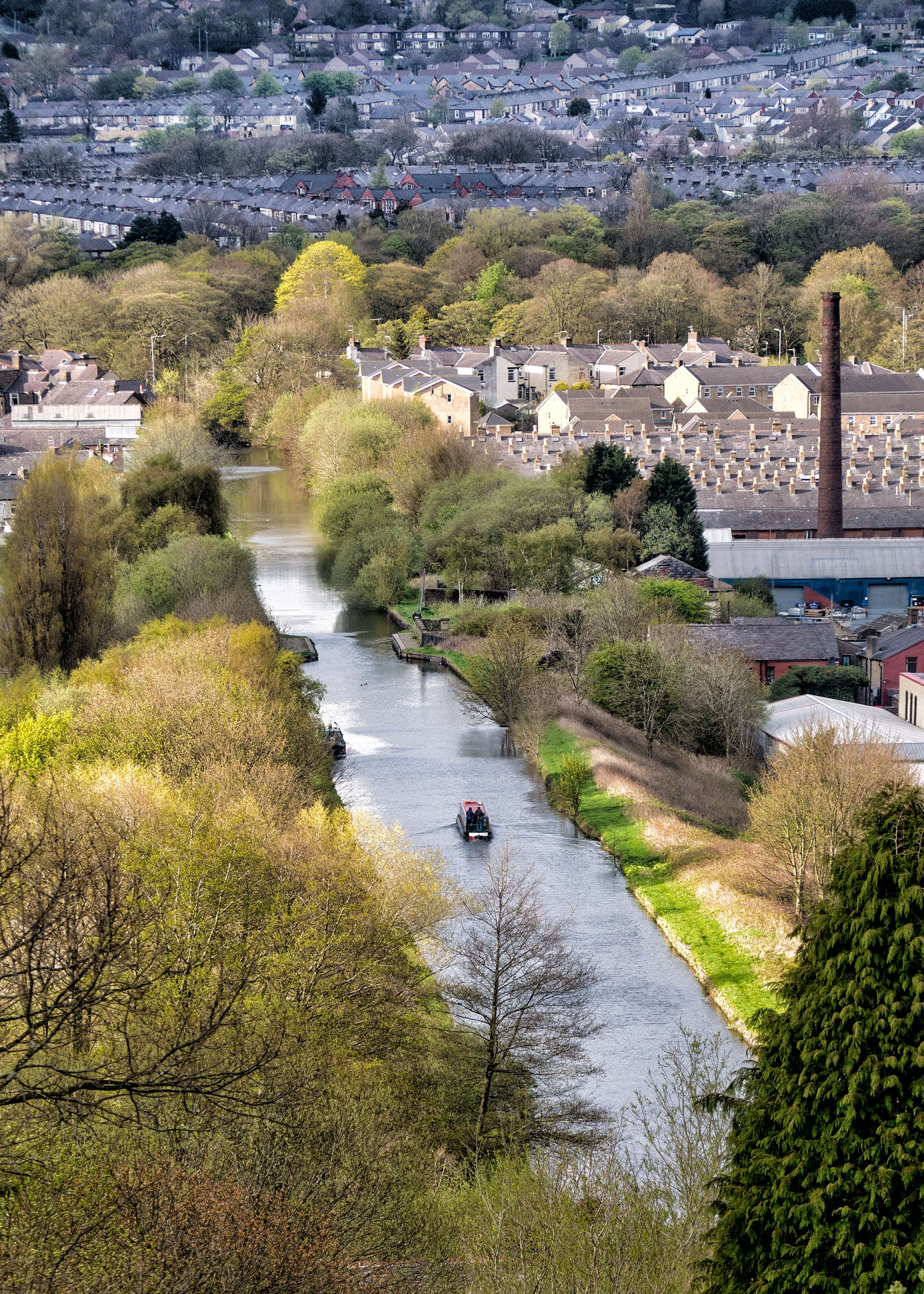 Looking from the southern end

After a bit of a hike up the hill through terraced houses and allotments, I found an angle I was happy with, so just waited to see if one of the sunny patches moved over to where I wanted. Within no time at all, not only did the sun come out, but a boat (the first one I’d seen all day) came around the corner and along the straight. Good result! So … when I do my next run of cards this will be included, along with the Barton Swing Aqueduct and Standedge Tunnel which have yet to be printed.

This will be the full set … 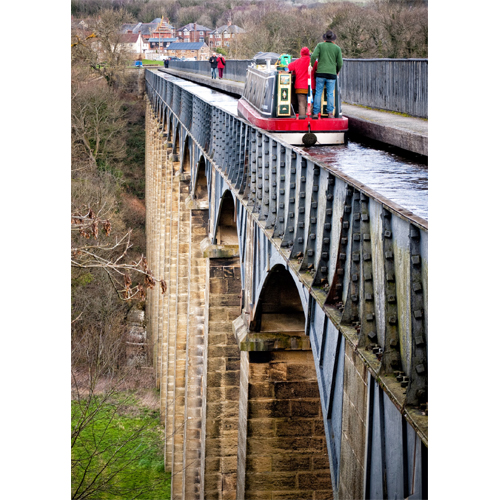 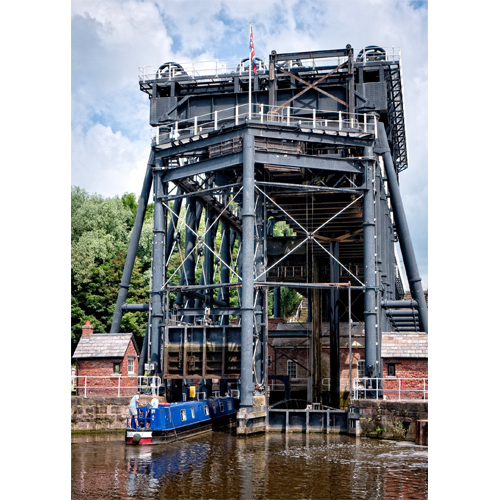 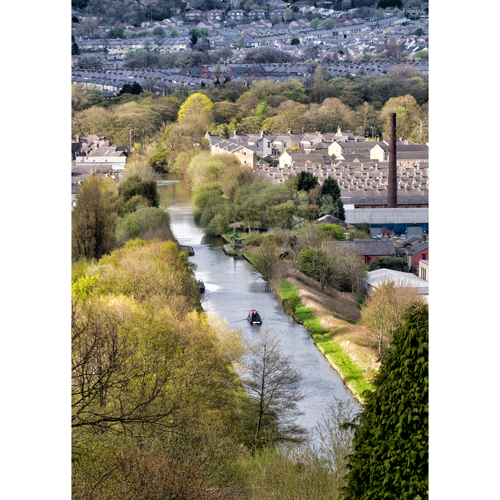 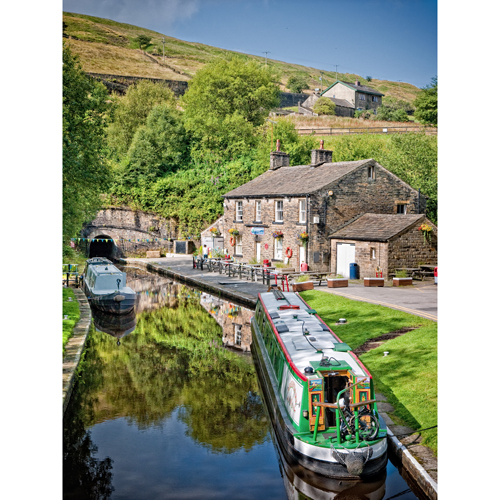 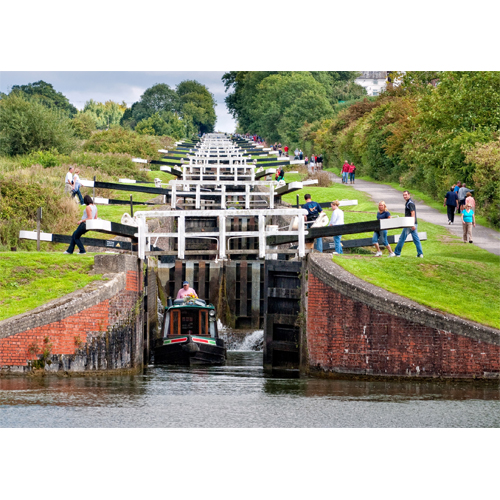 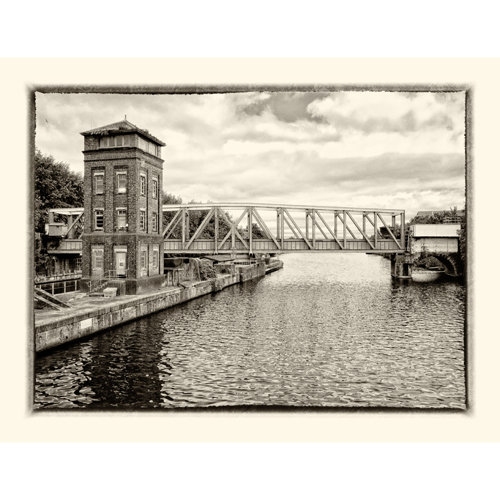 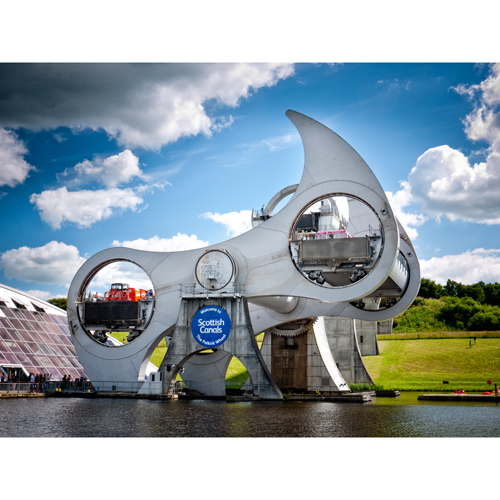 Yes, the astute may have noticed eight images. The Falkirk Wheel falls into the ‘Modern Seven Wonders’ category. I’m not sure which of the others drops out though! 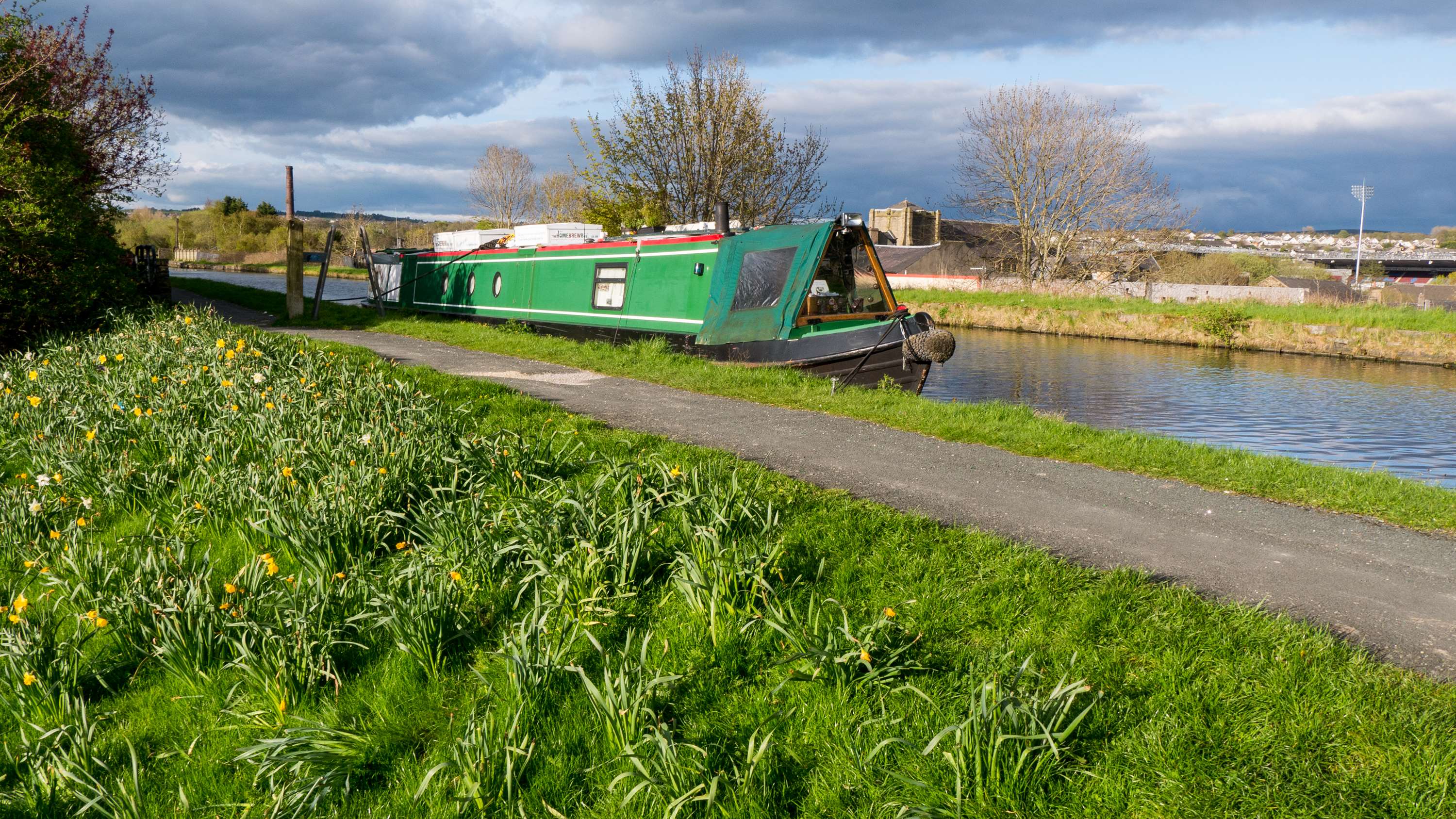 Our mooring high above Tescos. 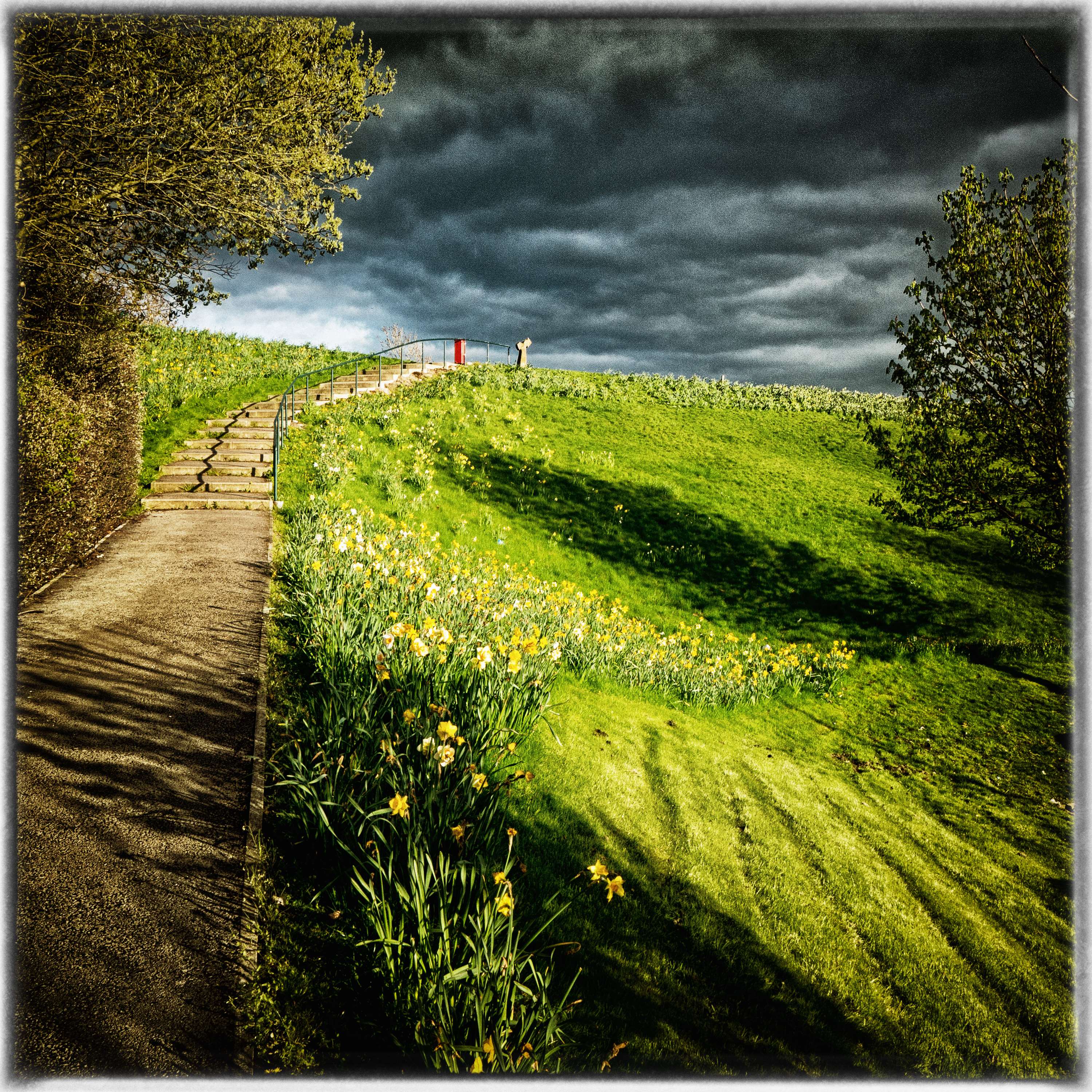 A very ominous sky looking up the steps of the embankment.

Sandra arrived back on the Tuesday afternoon and dropped off the hire car, with the plan to move the boat a bit further onward. However things changed when the pirate ship came into view over the horizon.

Arrrrrrrr! so the pirates Heidi and Jakki boarded Rrrrr ‘n’ Rrrrr and a game of Six Handed RUMmy was called for. I believe, from memory, Heidi was the overall winner. (it’s always wise to let the cut throat pirate win!) 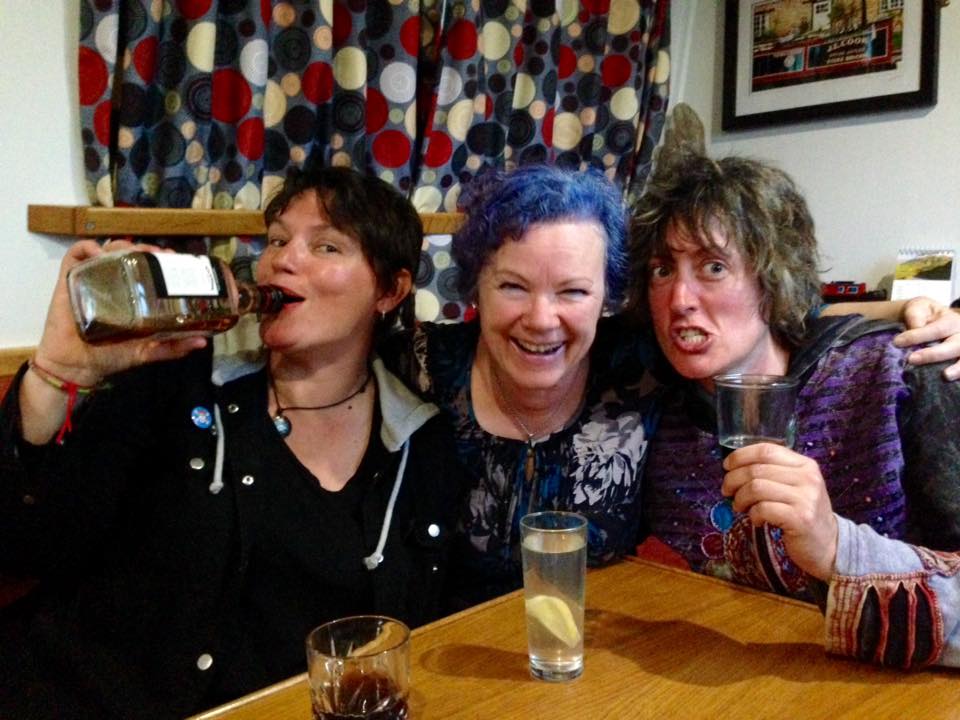 So in real time, Sandra is in Minorca and I’m on the Lancaster Canal heading north to rendezvous in Carnforth next Tuesday.

7 thoughts on “Foulridge to Burnley”