Barry frequently amazes me. His interest and knowledge of British history is astounding (good job as he’s got to pass a ‘Life in the UK‘ test soon!). Prior to arriving in Skipton he’d researched nearby places of interest, and came across the Brontë Parsonage Museum at Howarth. Knowing I love reading and writing, he suggested we visit – admittedly his keen-ness may have stemmed from the fact it involved a ride in a steam train. The Keighley and Worth Valley Railway is part of the National network, taking passengers from Keighley to Oxenhope and back again.

Saturday 21st April was our window of opportunity. He’d discovered it was actually cheaper to get a ‘normal’ train from Skipton to Keighley, then link to the steam train there. It’s a hop on hop off journey, though in reality that’s only as good as the number of trains timetabled! The steam trains run at weekends, other times there’s heritage diesel trains – or maybe a vintage bus …

Our train of the day was a 43924 British Railways engine built in 1920, the year of my father’s birth. He’d have loved it! After his fourth daughter was born he resigned himself to the fact that he’d never have a son – and bought himself a train set bless him. 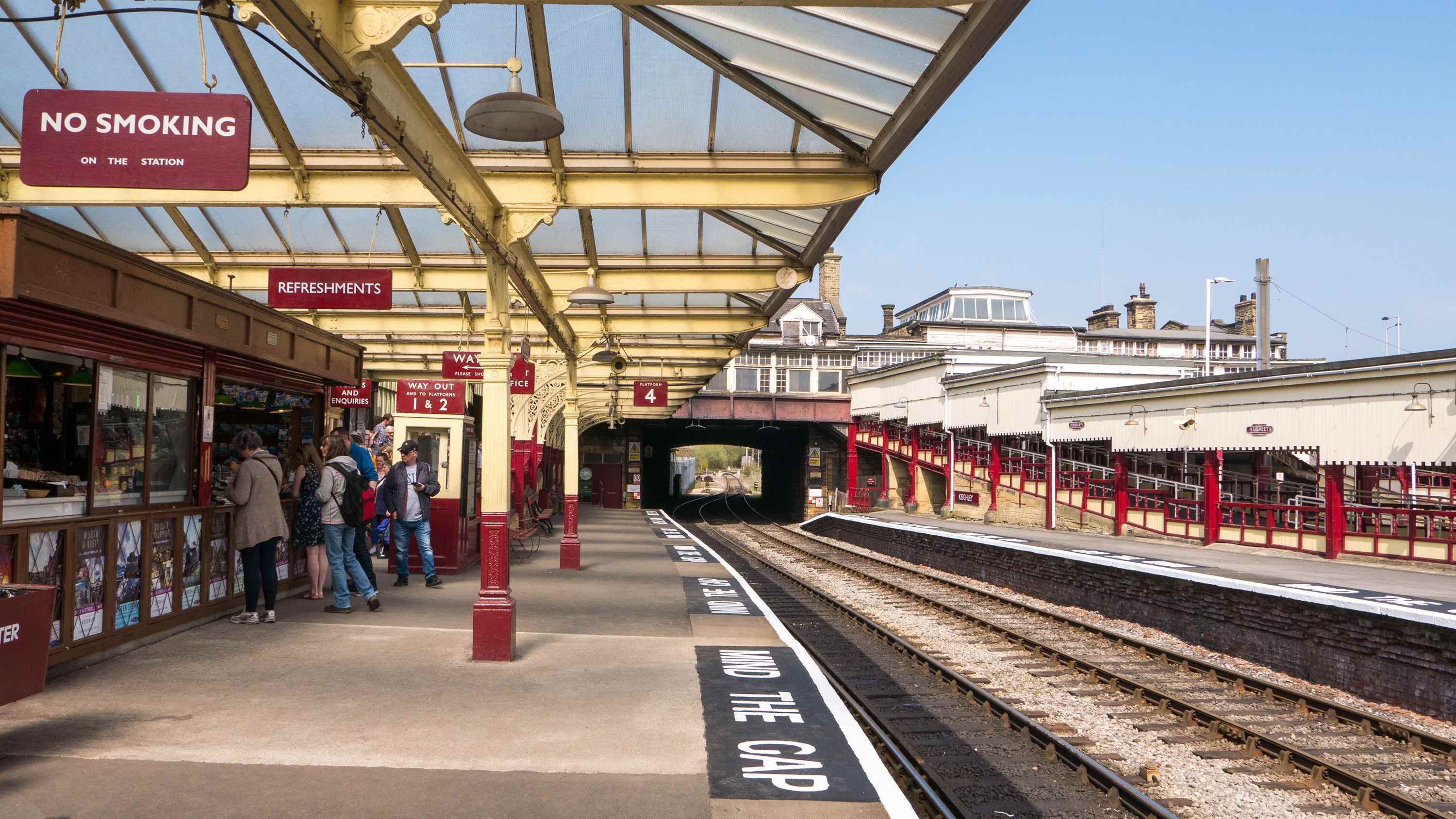 The steam rail station at Keighley alongside the modern version 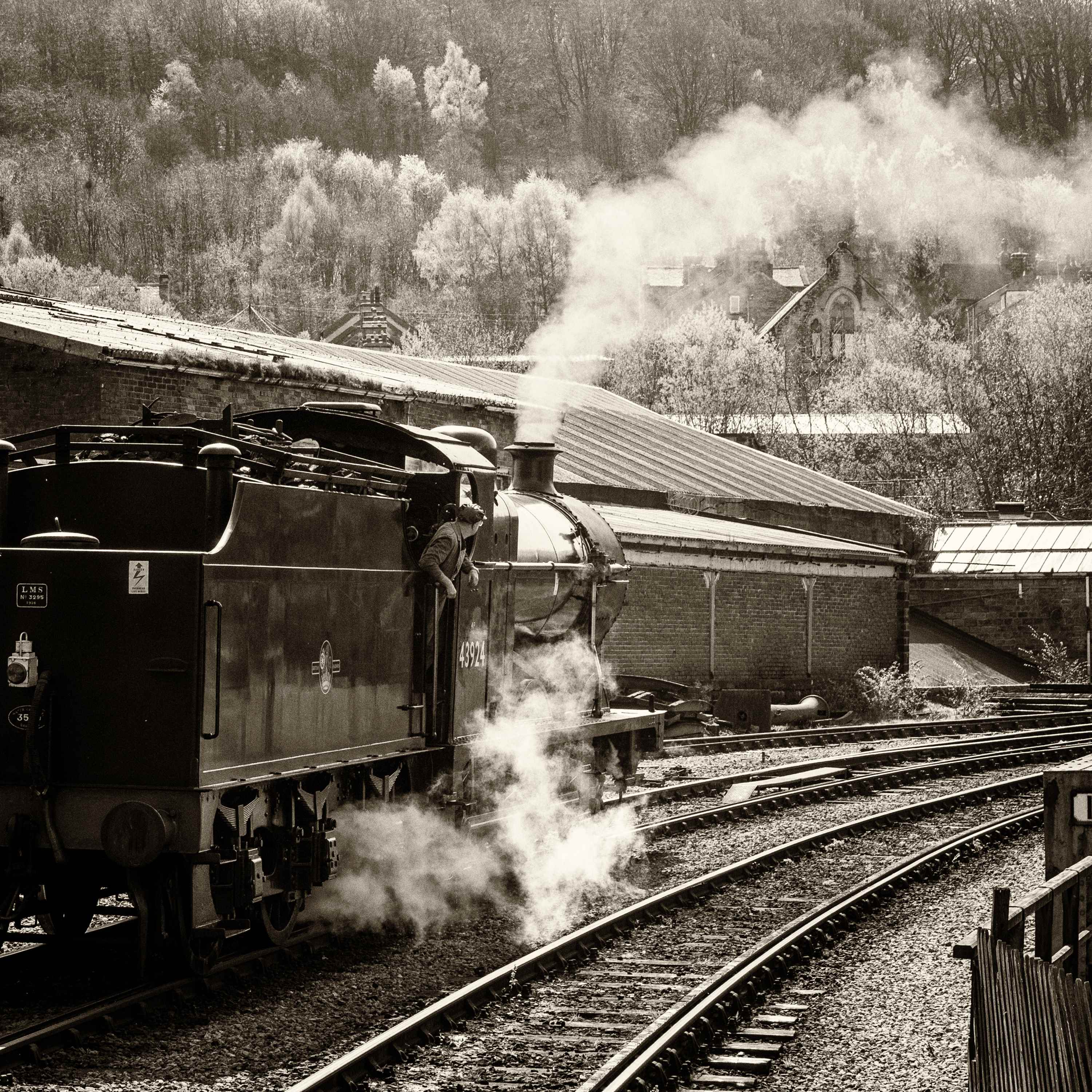 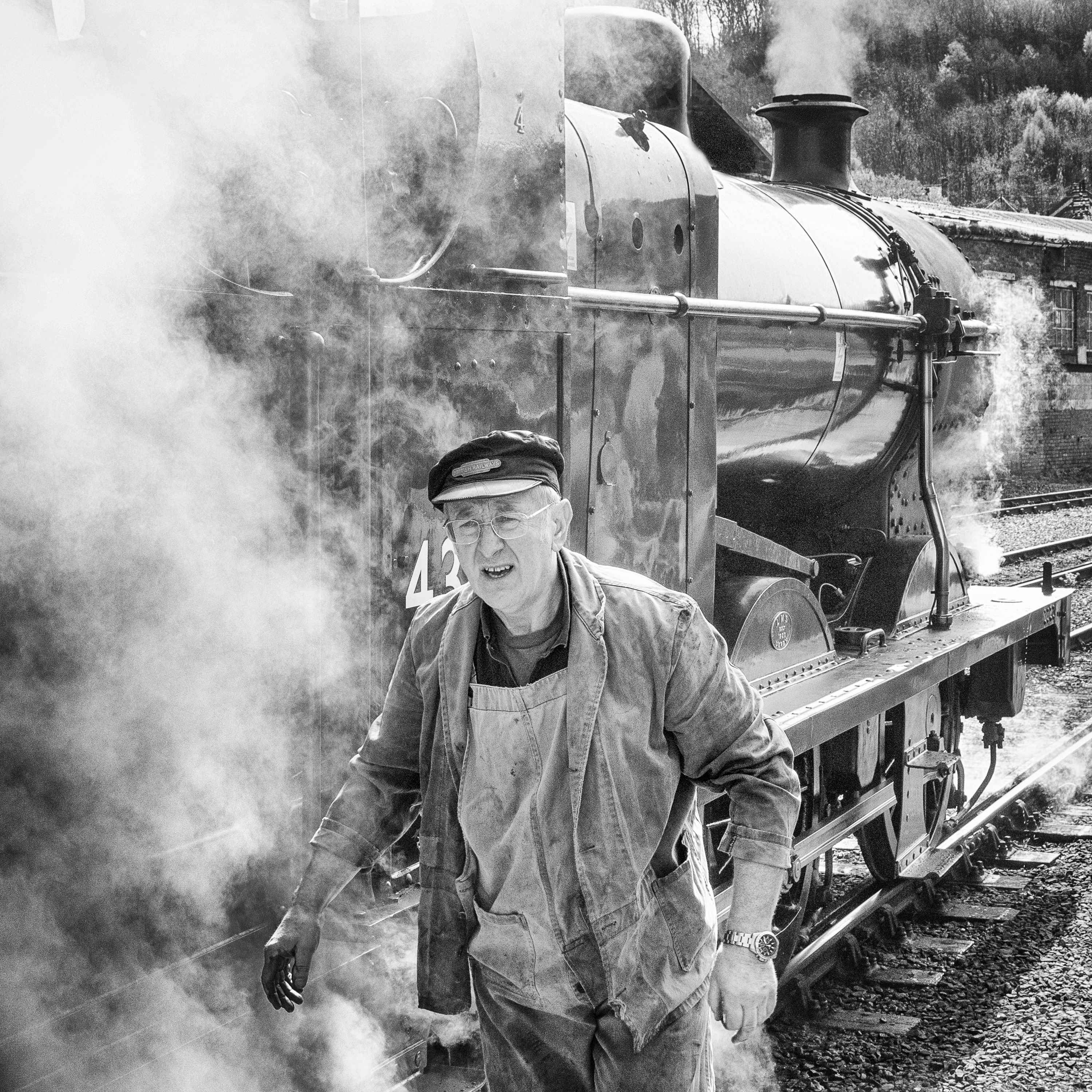 Wonderful image of the driver in his element!

We initially travelled to the end of the line at Oxenhope, where the train stopped for twenty-five minutes. Not quite long enough to take photos of the engine AND have a good look around the engines in the shed, but you can’t have everything and we did our best. Barry got some amazing shots. He was a happy man. 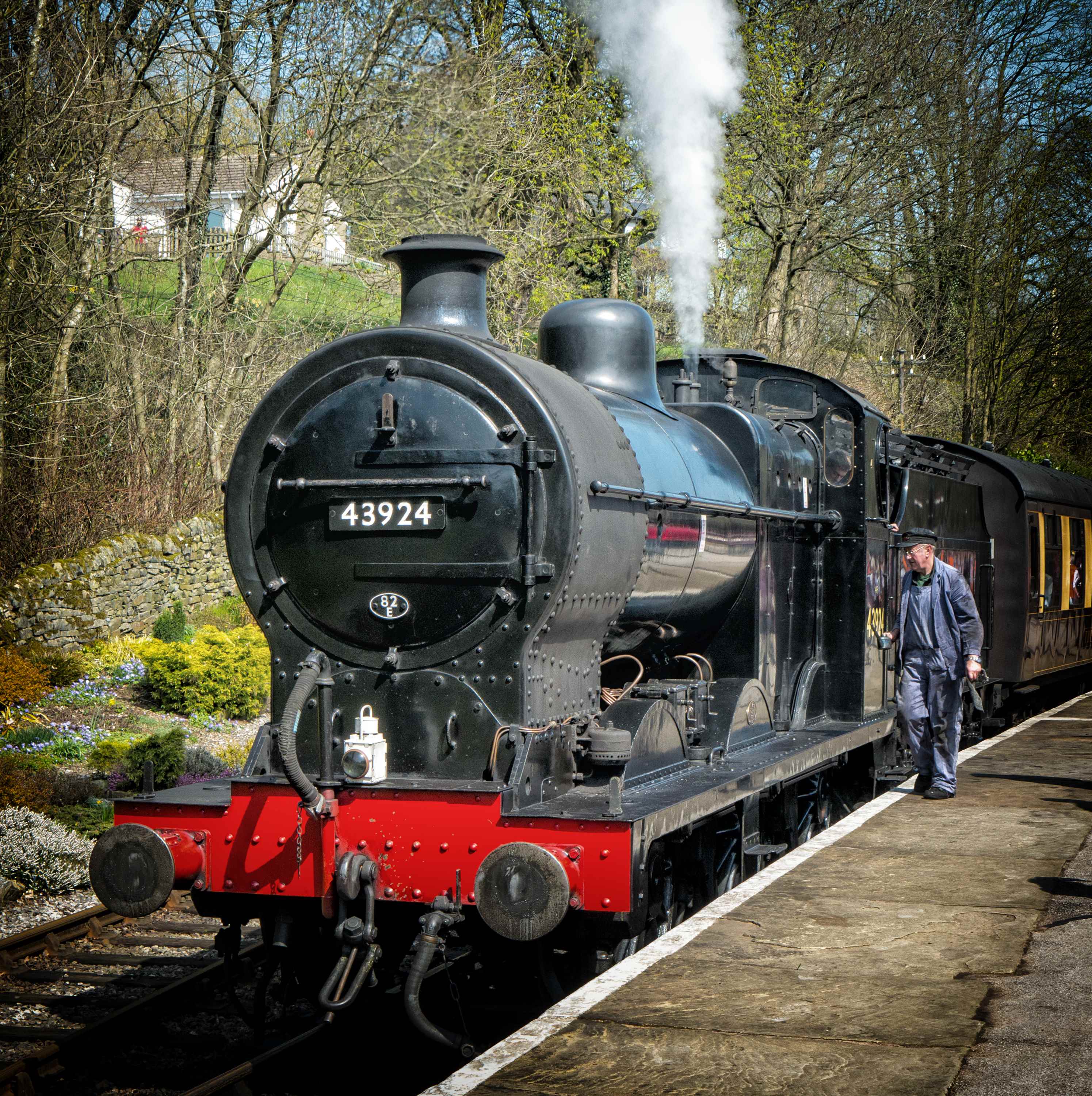 We hopped back on to leave at 1125hrs, down to Howarth, and walked the circuitous route to the village – along with hoards of other tourists. This delightful place nestled in the Yorkshire Dales is famous worldwide for being the place where, Charlotte, Emily and Anne Brontë lived and wrote their best-selling books, at a time when women were expected only to marry and have children – not ‘work’ to earn an income, never mind remain unmarried. I hadn’t realised they’d had two older sisters, who sadly died fairly young – Maria aged 11 years, and Elizabeth aged 10 years. In fact their father (Patrick) outlived them all, surviving to 84 years old, six years after his last surviving daughter Charlotte died aged 38 years, the only one who married, and was in the early stages of pregnancy. In their short lives they achieved a legacy that’s likely to last a long time to come, evidenced by the popularity of their residence.

The walk in itself was lovely, taking us through Howarth Central Park, within which we rested awhile and enjoyed our picnic lunch. Hurrah for occasional sunny days, and this one fortuitously coinciding with our plans!

Haworth is a splendid village, embracing wholeheartedly the more-than-a-million-a-year tourist trade that treks up the slope to the Brontë home.

The above images reveal inside the Brontë’s house, and the church where their father Patrick was the Curate. There’s a wealth of information within the Parsonage, well worth visiting to discover more about life in Howarth in the early 19th century. And of course an incredible array of collected documents and personal possessions of the family. There’s a breathtaking programme of events this year, as it’s the 200th anniversary of Emily Brontë’s birth. 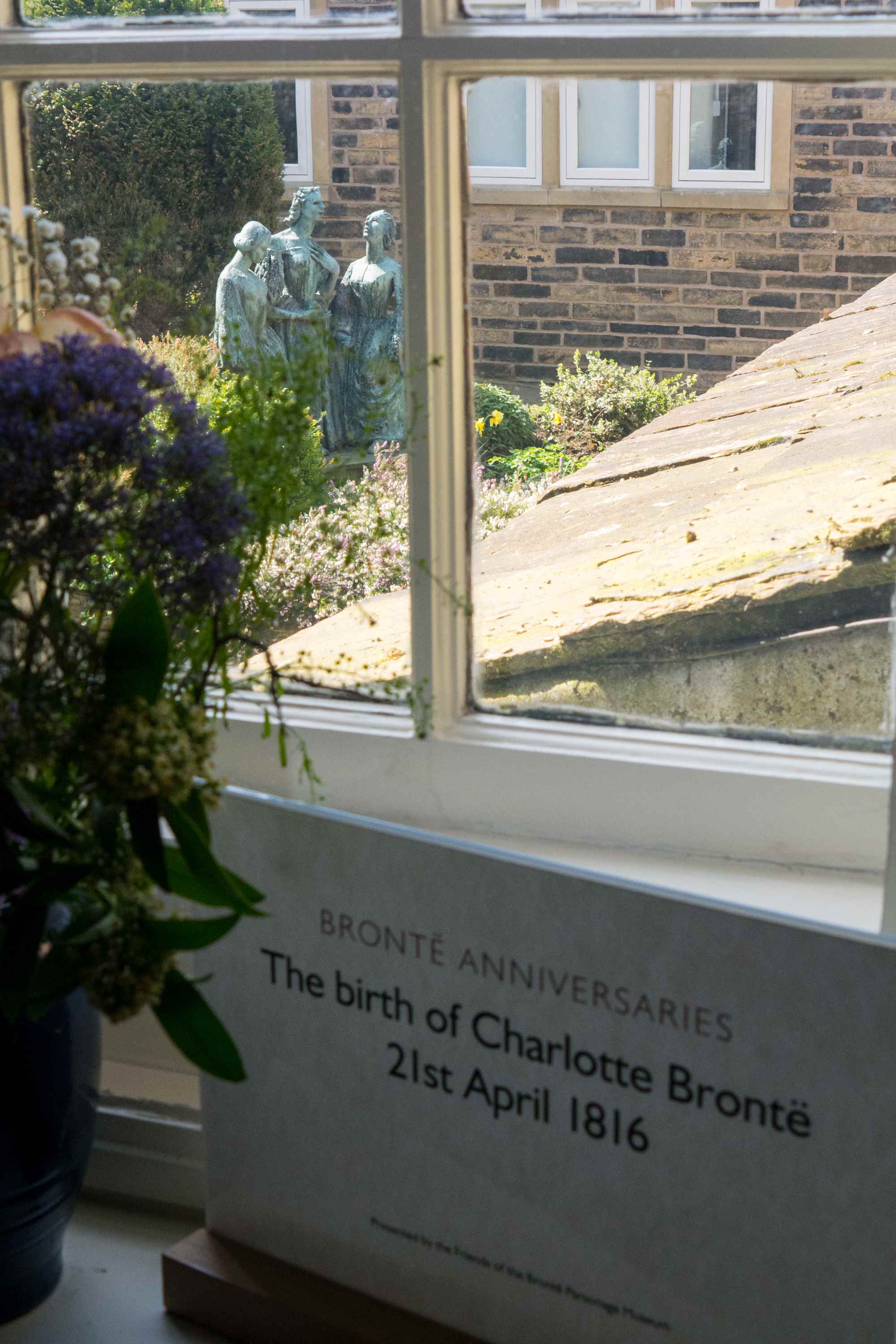 We were also surprised to discover the day of our visit to the Parsonage would have been Charlotte’s 202nd birthday. So you see we DO time things quite perfectly occasionally.

From Howarth we took the steam train once again and visited Oakworth – merely because it’s one of the locations for the film The Railway Children, which was one of my most favourite films growing up. There’s not a lot in the area here, unless you choose to walk up a very steep hill for half an hour or so to the village. We managed ten minutes before changing our minds and returning to sit on a wall and have a drink, waiting for another train to scoop us up. 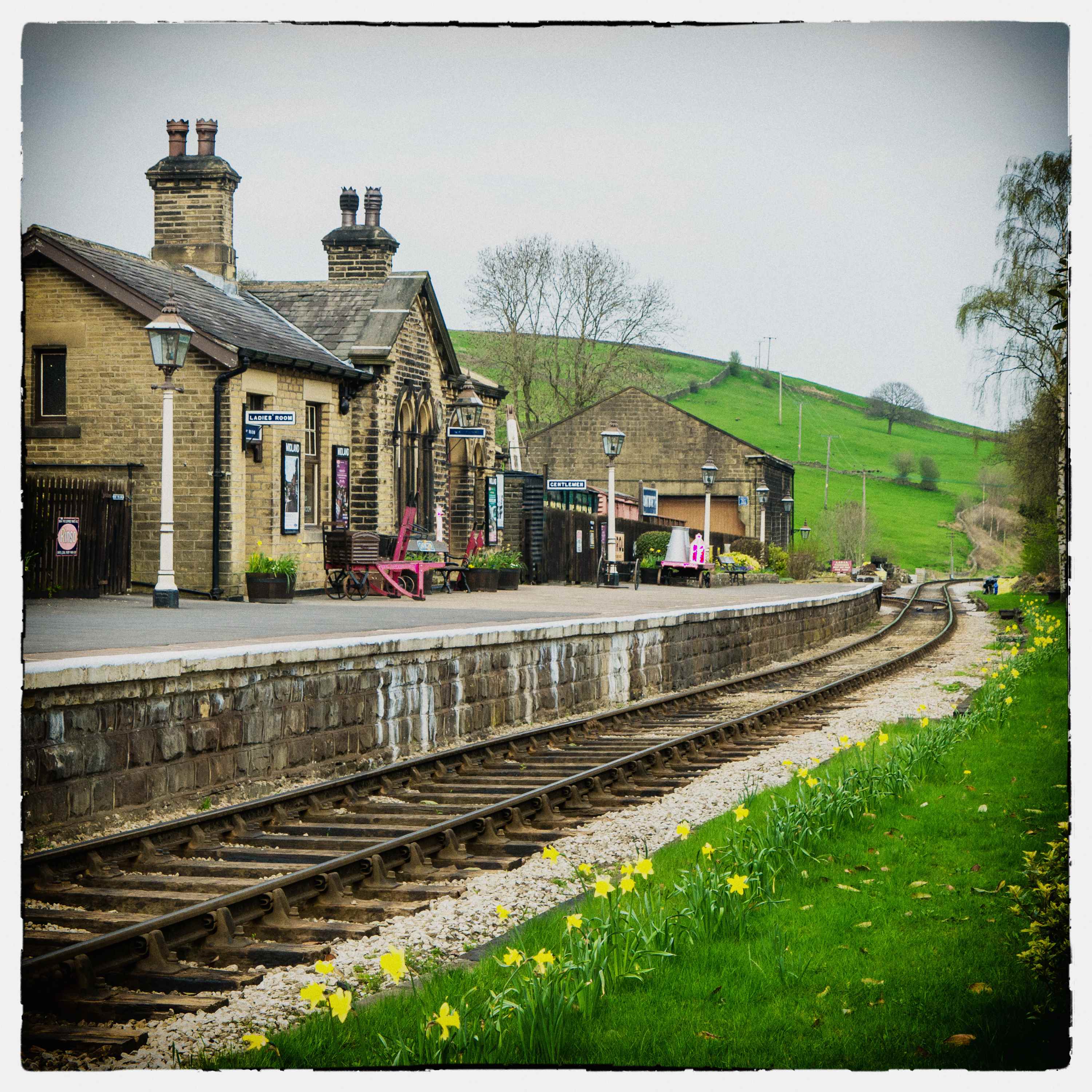 Oakworth Station was used in the movie ‘The Railway Children‘ and is kept authentic to that era.

As few people were around at this destination, Barry was able to get some great timeless shots of the station. Following that visit, we jumped on the train once again and travelled to the end of the line, and back to Keighley, enjoying a refreshment from the on board bar. 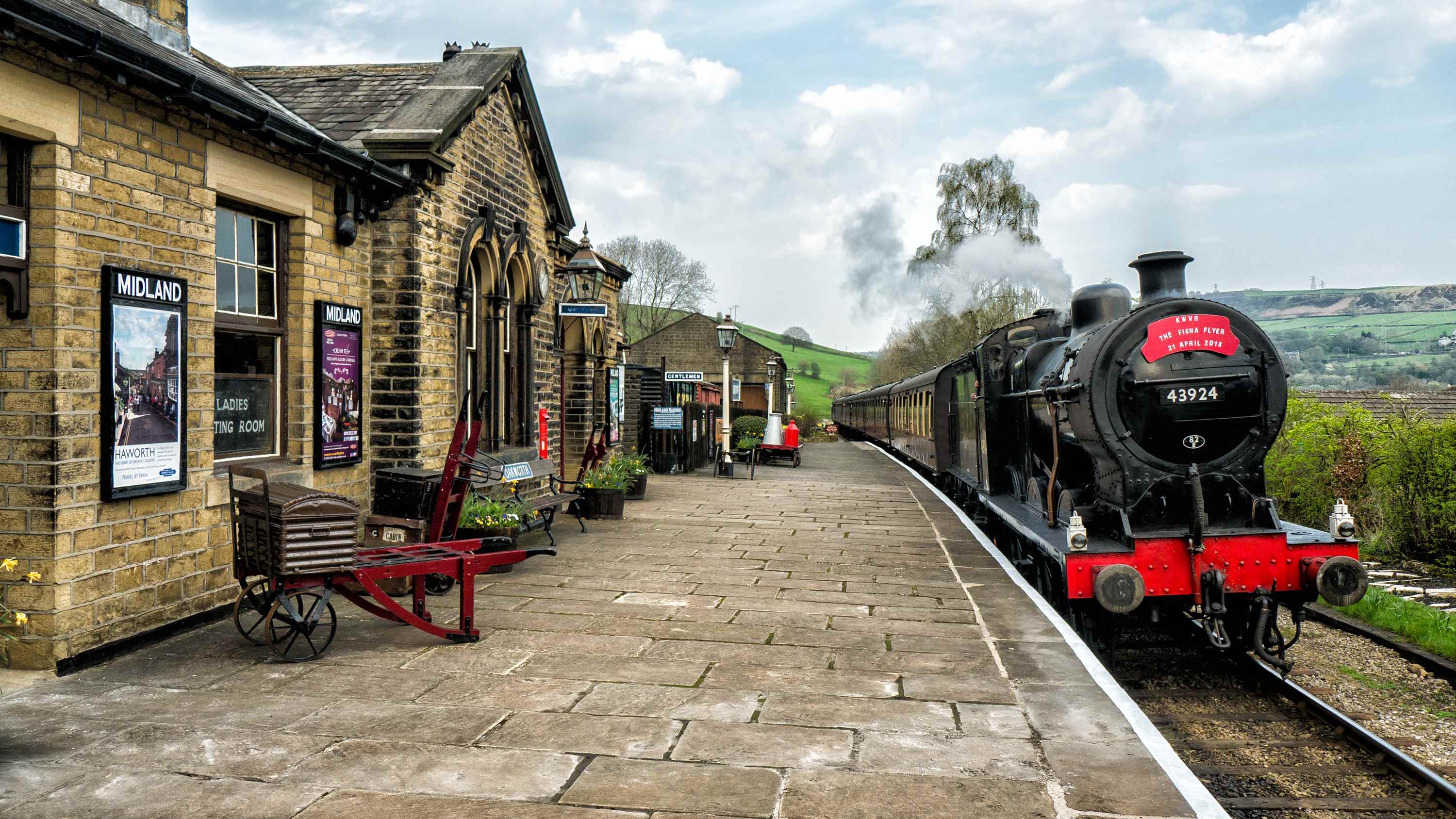 The train returning from Keighley to collect and take us back to Oxenhope, then all the way back to Keighley for our return to Skipton

What a delightful day out we had. On our return to Areandare, I ordered a selection of Brontë books to read in recognition of the amazing feats of these inspirational women. I may even persuade Barry to dip into them.

Where are we currently in ‘real time’?

After a fun-filled few days celebrating in London and Lichfield my older sister’s 60th birthday, we returned to Areandare yesterday evening where it’s moored at Parbold. Barry had moved us along from Wigan where I’d left on Wednesday last week.

Today we’re cruising to Tarleton, which involves eight miles distance, seven locks and six swing bridges! Less than ten minutes by car I expect, but likely to take us a considerable time.

We’re booked to travel on the Ribble Link on Tuesday morning, heading up to the lovely Lancaster Canal for the first time.

2 thoughts on “A steam train trip back to the Brontës”