Opened in September 1853, Saltaire is an incredible feat of a visionary imagination and community, led by a great man named Titus Salt.

Built in the 1850’s, Saltaire consisted of a mill and village to house Titus Salt’s workers, there was also a wash-house with tap water, bath houses (for weekly baths!), a hospital, and an institute for recreation and education – with a library, a reading room, a concert hall, billiardroom, science laboratory and a gymnasium. The village had a school for the children of the workers, almshouses, allotments, a park and a boathouse. Those living in surrounding cities of the time – Braford, Leeds and Manchester – were doing so in slum conditions. Sir Titus’s ‘model village’ was groundbreaking, and led the way for many other similar developments around the world. Deservedly, in December 2001 Saltaire was designated a World Heritage Site by UNESCO.

We’d heard many different stories about this historic place from 2009 (when we cruised straight past!) onwards, and have been keen to discover more since then.

On the morning of Monday 16th April, we’d returned to our boat at Shipley after a fun-filled night with Gav and Helen, and once they’d found somewhere suitable to park their car, we all cruised the short distance to explore. 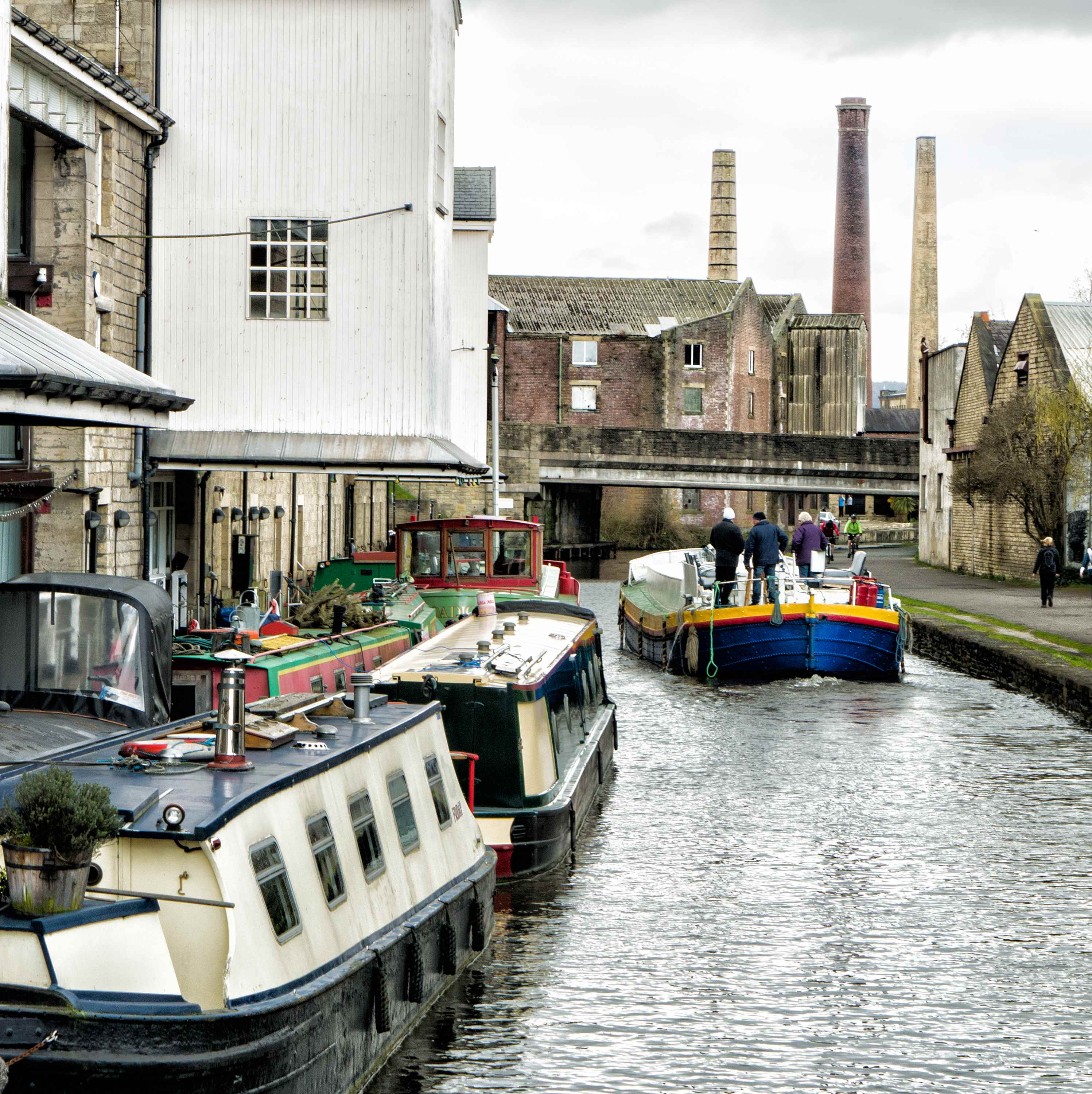 Just as we were about to untie from the Shipley mooring, this incredible boat appeared – is it a Humber Keel? 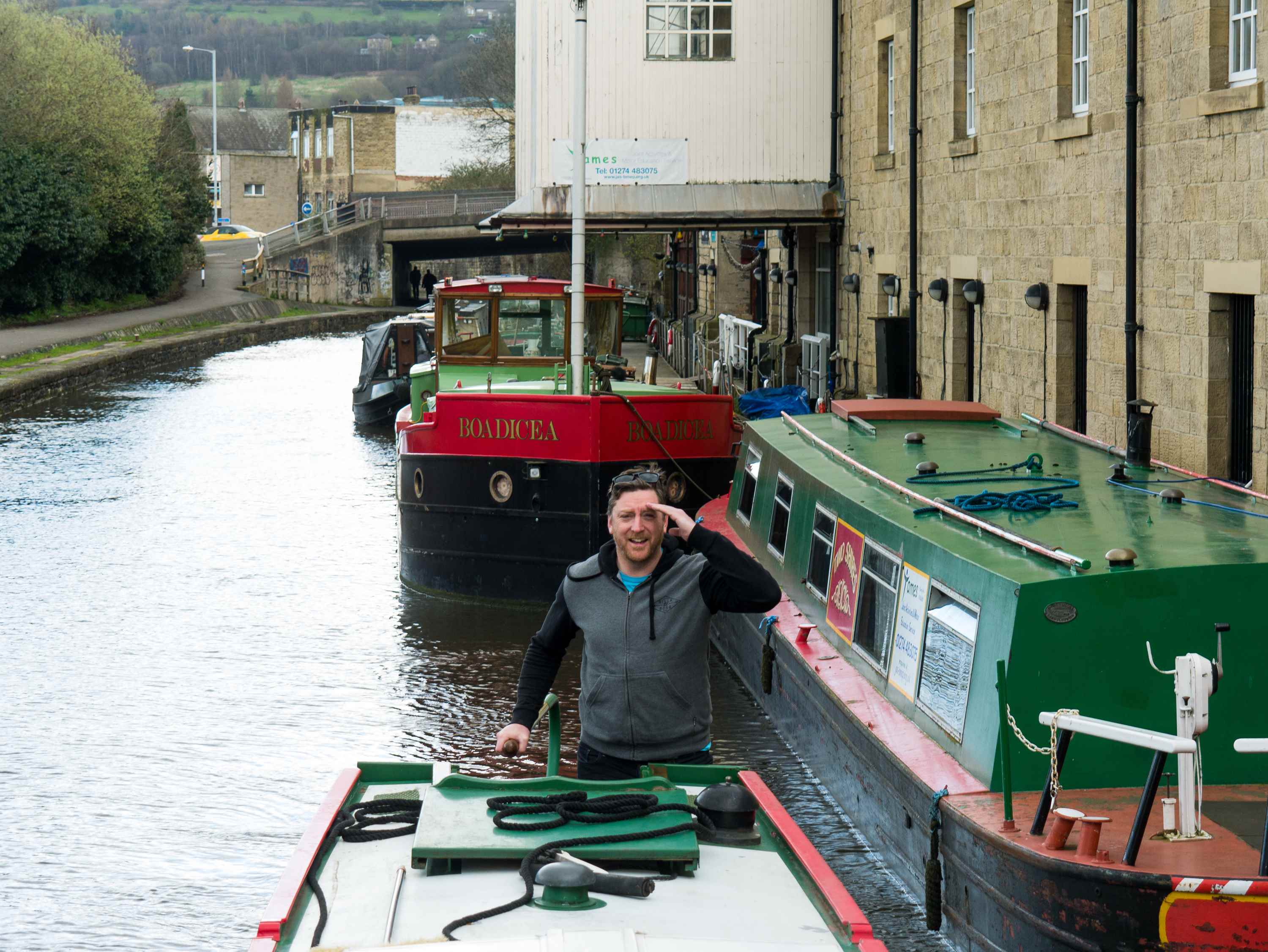 Moorings are only permitted for six hours outside the Mill buildings, and not allowed overnight. 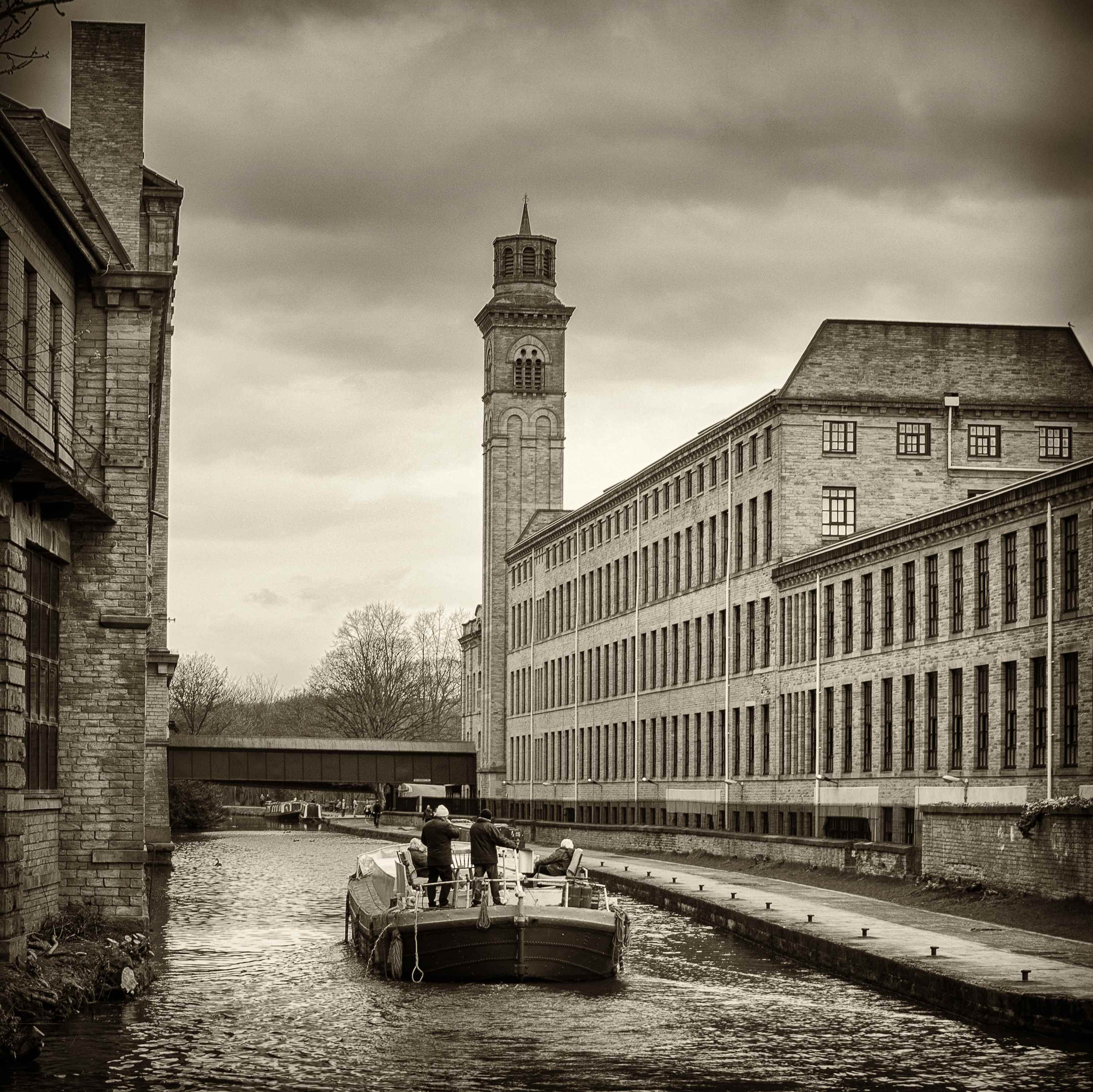 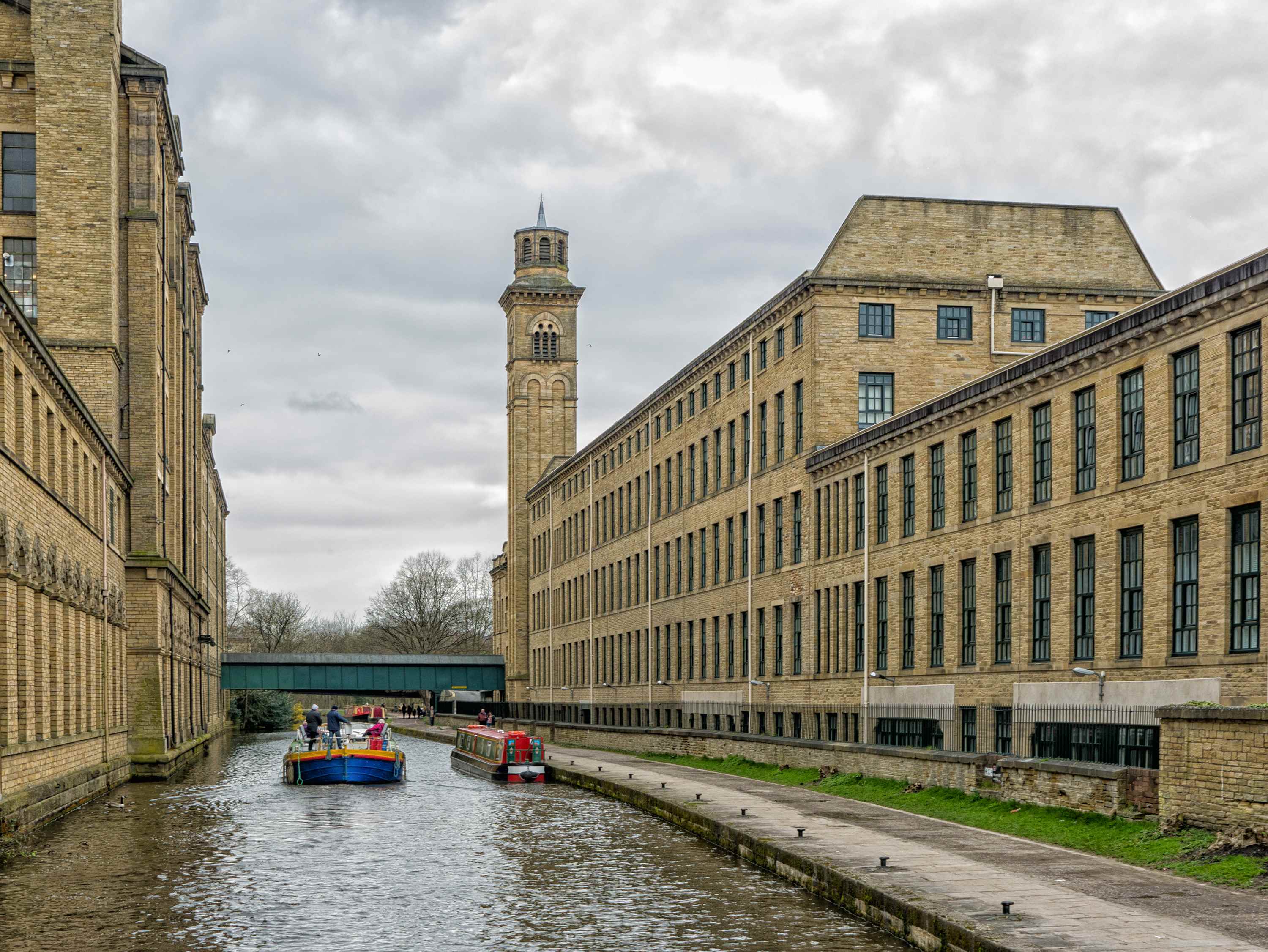 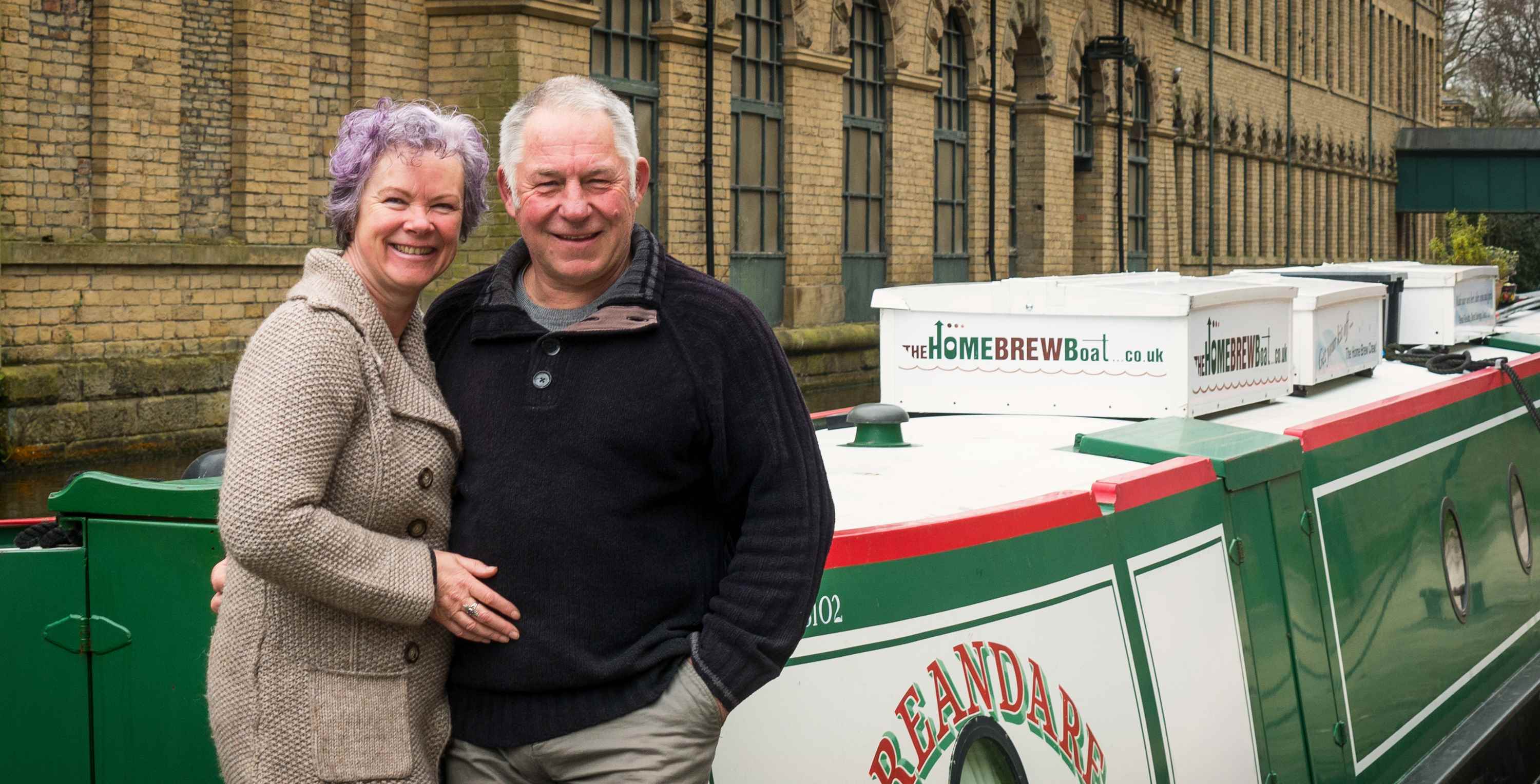 We got Gav to take a photo of us both for our Canal Boat article – we’ve so few of us together, on or by the boat! 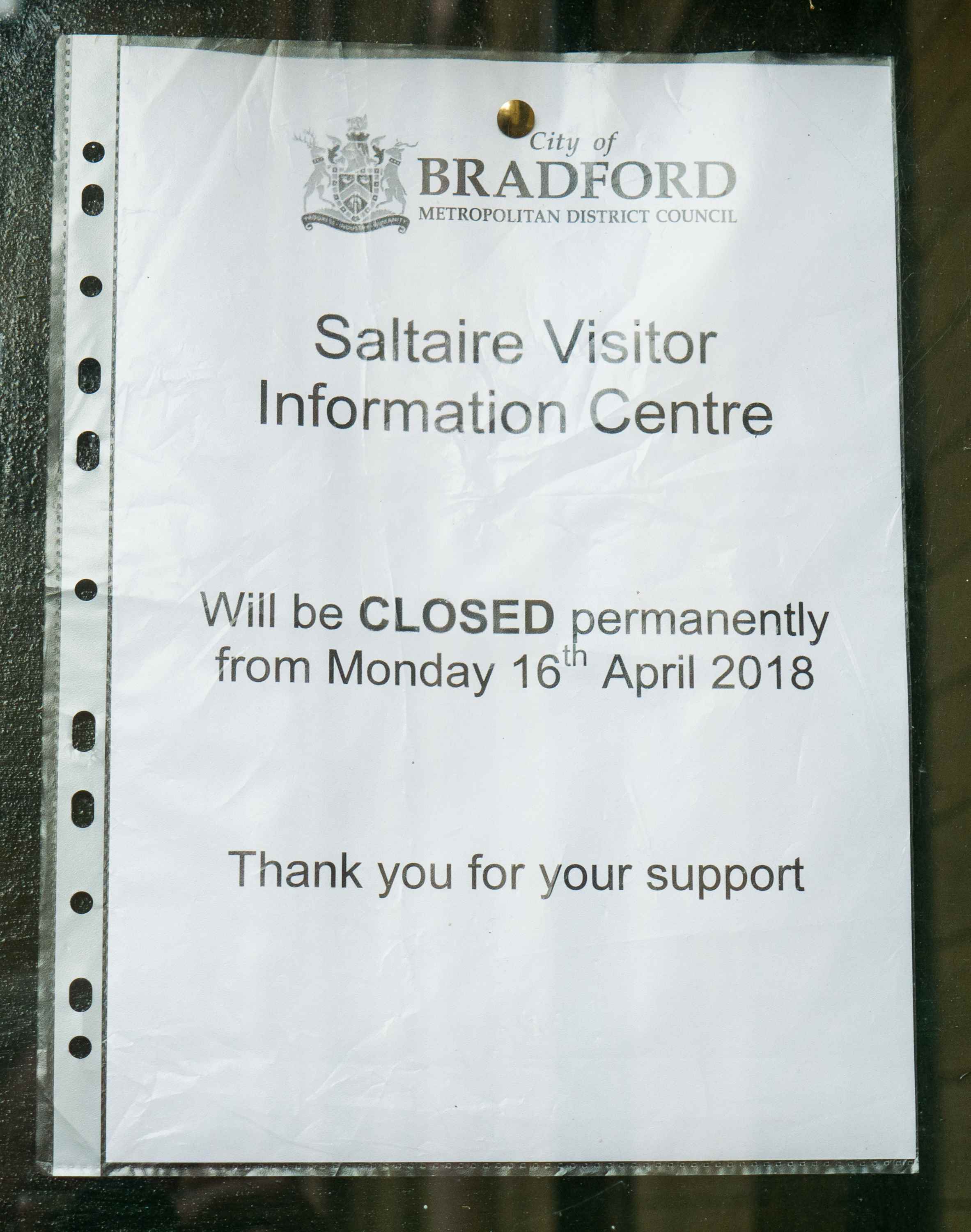 Arriving at Saltaire directly from the canal, we found it quite a challenge to figure out what to see and where to go. Feeling relieved to see a sign for ‘Visitors Information’, amongst what looked like a business development in one of the nearby buildings, we walked towards it – only to be dumfounded to read this notice in  a prominent position on the door:

Closed down on the very day we chose to visit! How synchronistic is that?

We found it rather amusing, though admittedly frustrating too. Hurrah for the extremely helpful nearby Security Guard, who directed us to the building housing exhibitions of art by David Hockney (not what we’d expected!), and continuing upstairs (though we had to leave the building and enquire again to find out) a video of the history of Saltaire and many stories and exhibits. 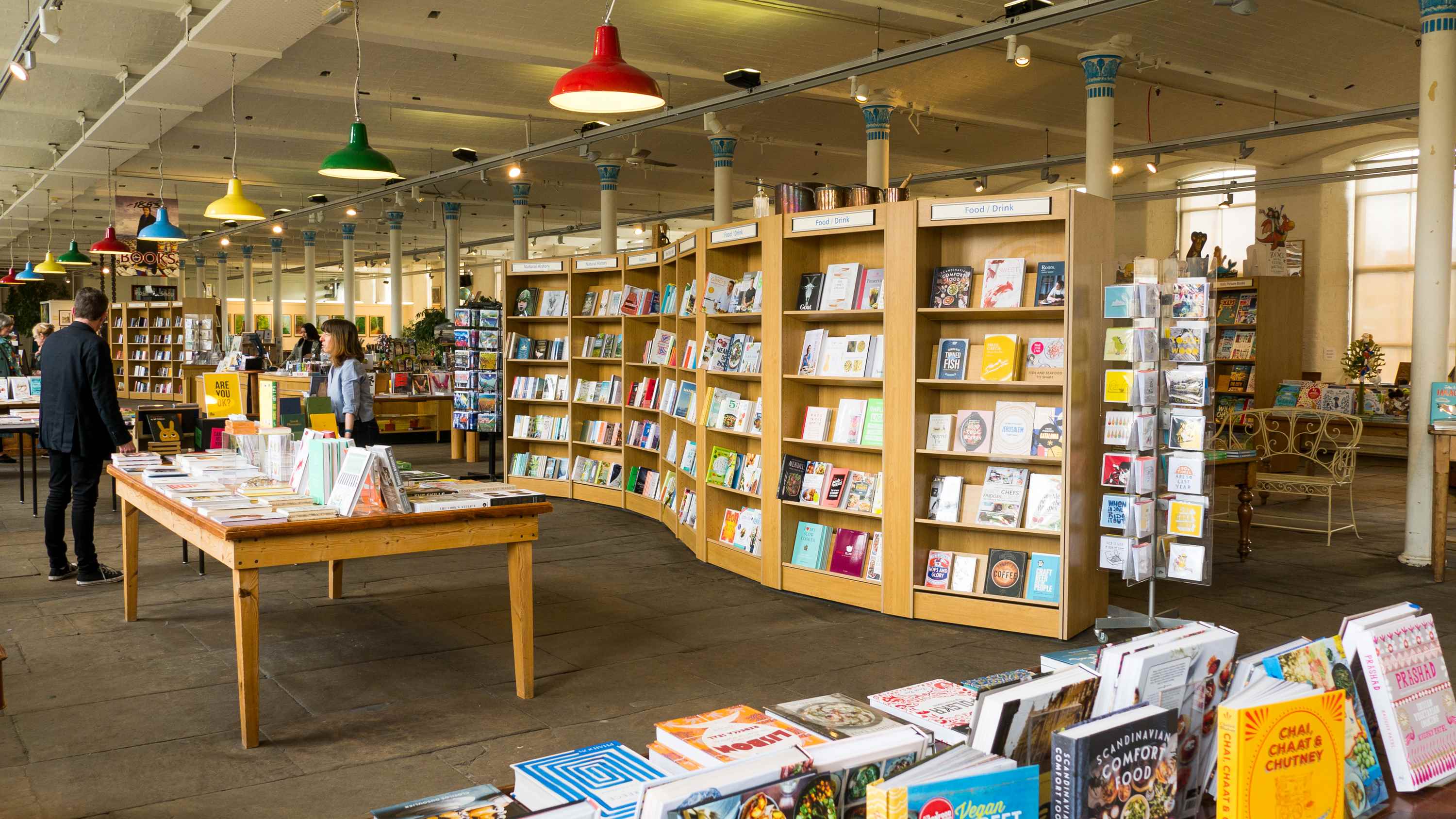 Brilliant book store on one of the floors

It was soon lunchtime, having had a late start, so we wandered to the cafe on the third floor – only to find it closed on a Monday! Thankfully the one on the second floor was open, so we made the most of it. This room was heaving with visitors (though it doesn’t look like it in the photo!), so maybe we missed something information-wise somewhere along the way? 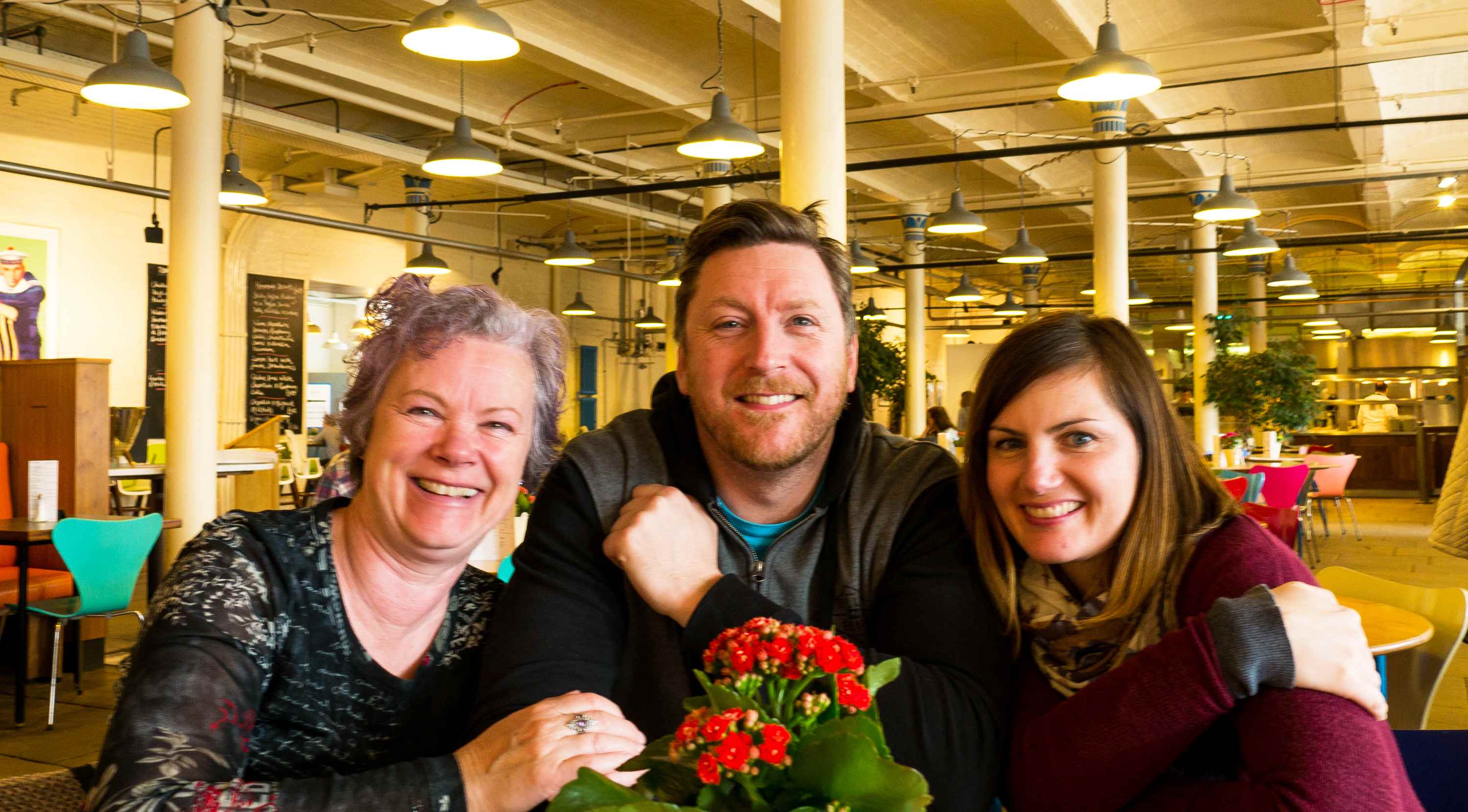 Following lunch we strolled around the now mostly privately owned houses – some occupied by owners, and many rented according to a woman who’d overheard us talking in the car park and approached us helpfully, providing some interesting information. The houses are all listed buildings, with original windows – no double glazing allowed, which must be a challenge to keep them insulated and warm in the long British winters. This weekend sees the ‘Saltaire Arts Trail’, an incredible opportunity to step inside some of the dwellings and check out some art as well as see what they look like. 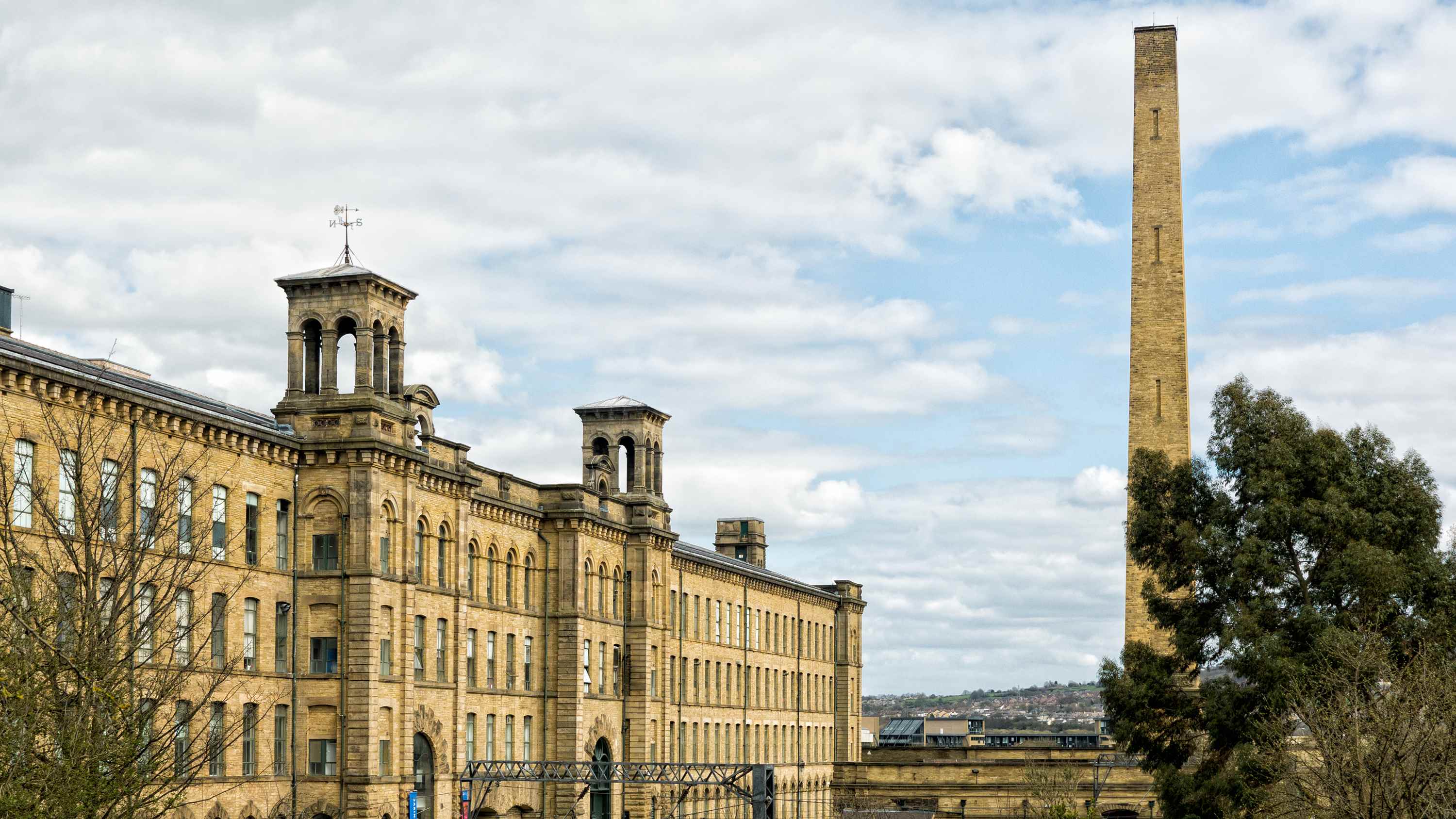 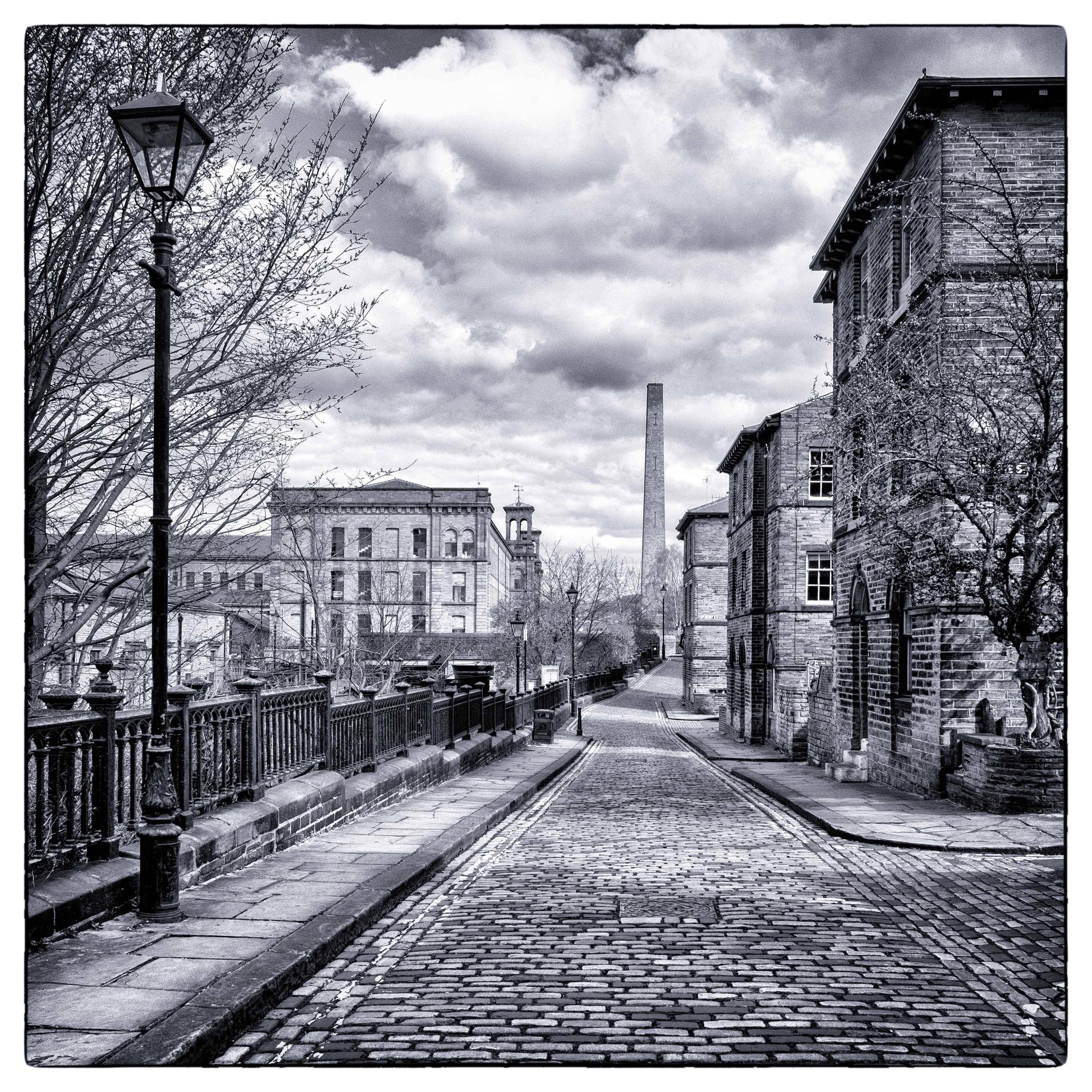 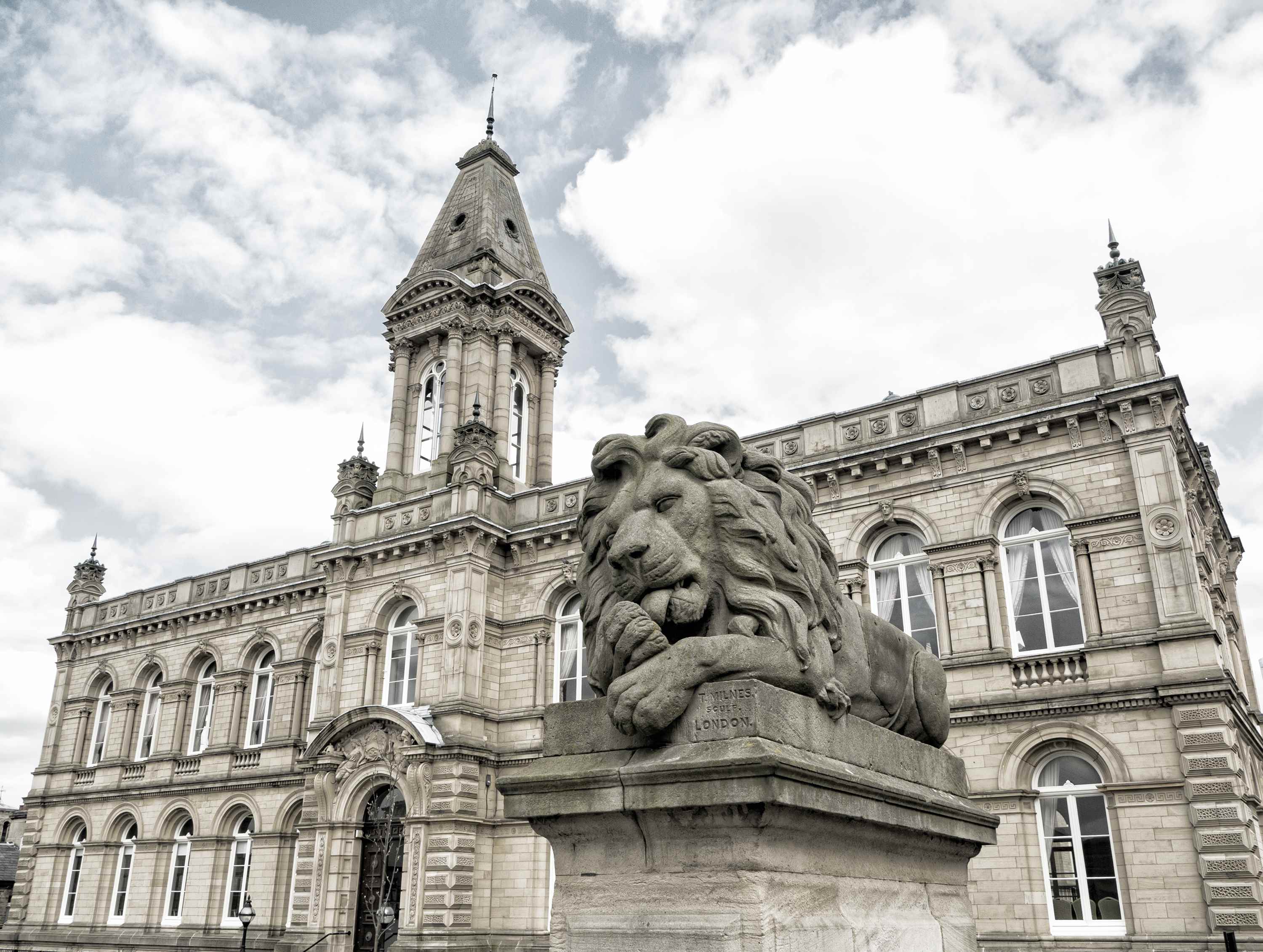 Victoria Hall, built between 1867 and 1871 – we went in here to explore the rooms, in case Gav and Helen chose it for a wedding venue (unlikely but you never know!). This is one of the lions originally designed to sit at the base of Trafalgar Square in London.

We just managed to get into Saltaire United Reformed Church before it closed for the day. And very thankful we were too, as it turned out to be one of the most welcoming buildings we’ve ever set foot in, from the moment we entered to our departure. Most definitely the only place that day which embraced us wholeheartedly.

The interior is stunning, decorated in an Italiante style. There’s marble effects all around, which is the product of something called ‘Scagliola, popular in the 17th century.

It’s reported that around 40,000 people were present for Sir Titus Salt’s internment, such was the magnitude of esteem he was held in by so many. 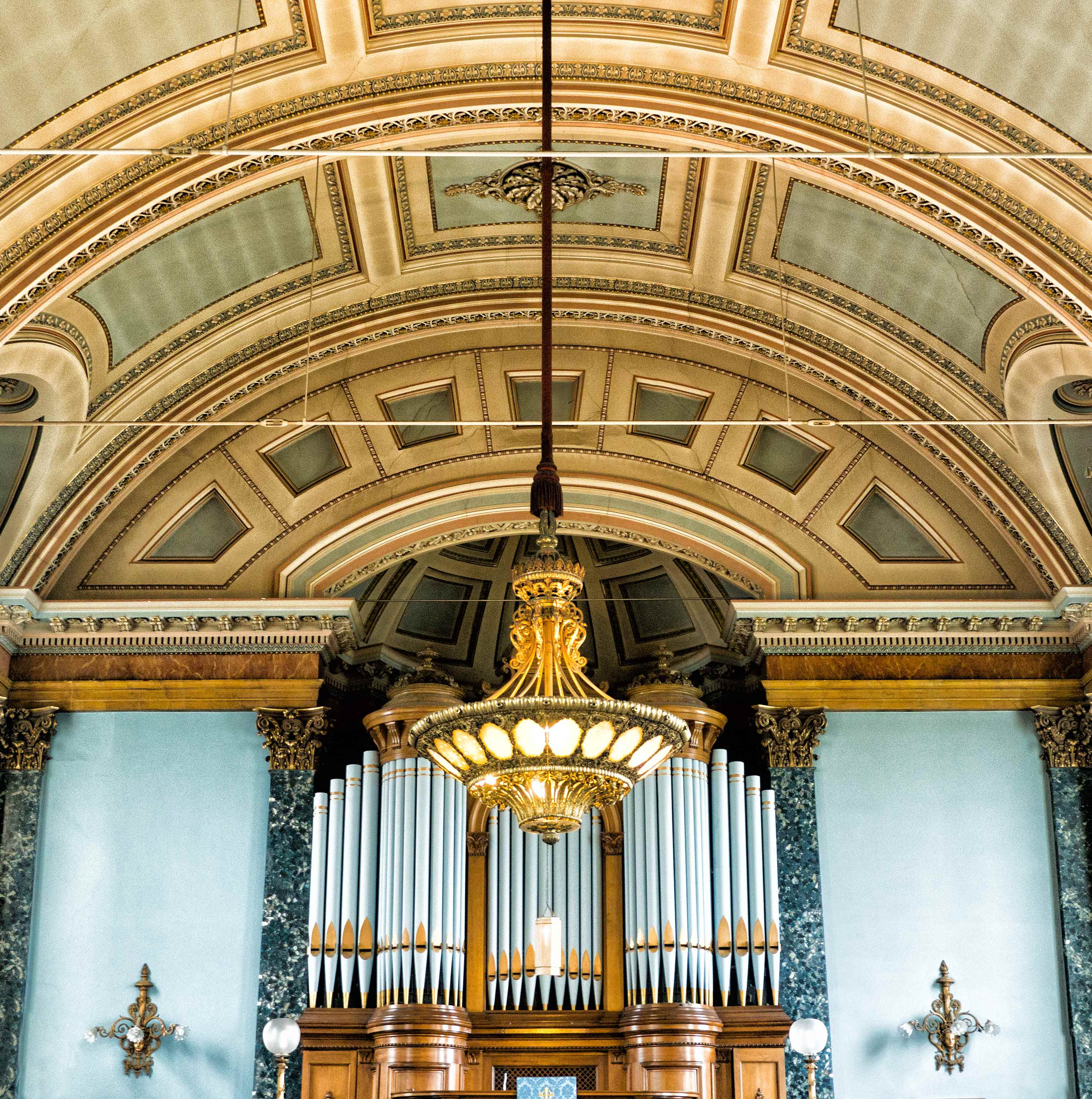 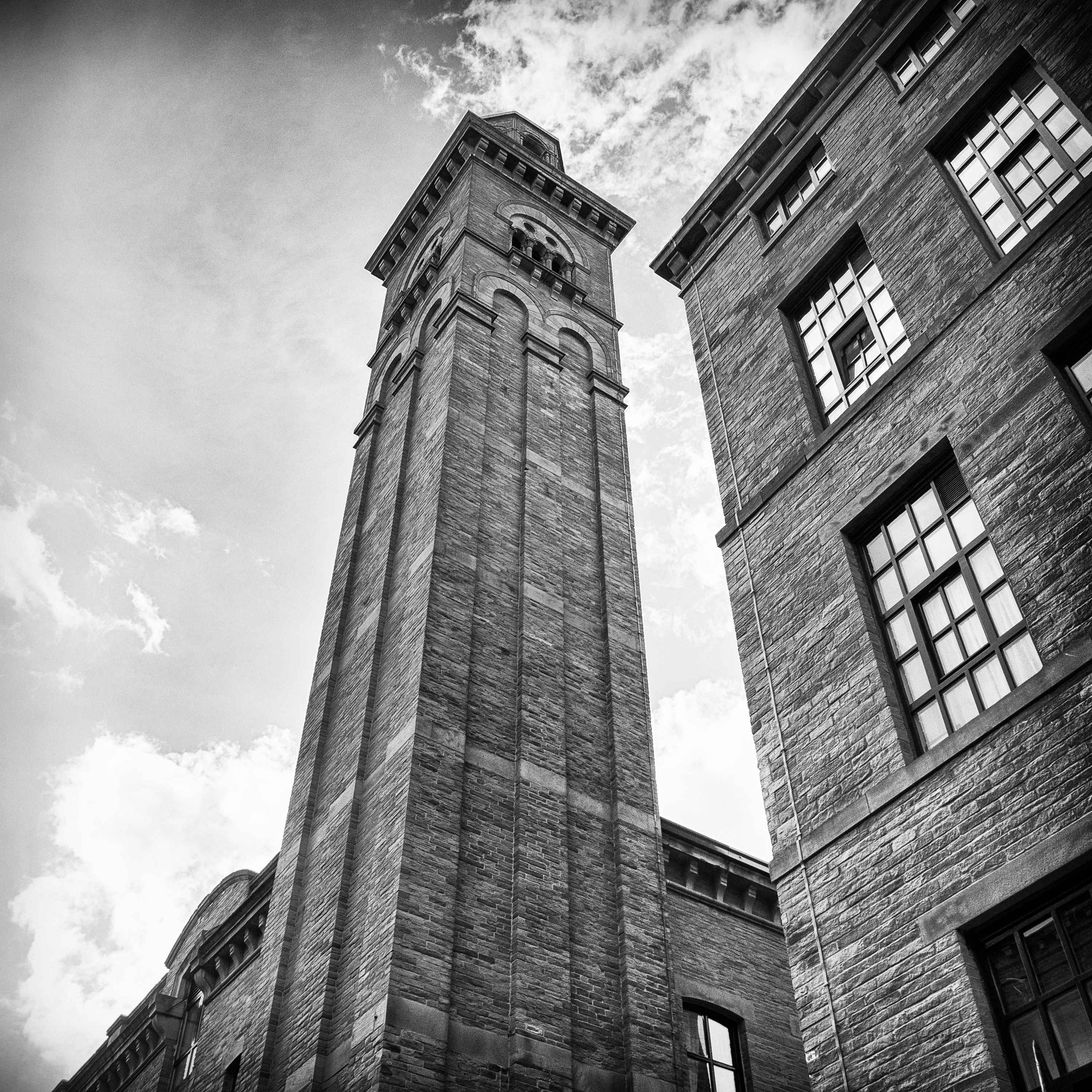 Before leaving, Gav and Helen came to the nearby Boathouse establishment for a drink, overlooking Roberts’ Park, after which we moved along a little way to be off the ‘six hours only’ mooring. And we bravely stayed there overnight without incident or complaint so we guess as long as you’re not right outside the mill buildings it’s okay.

The following day, I had some work to catch up on, so Barry took the opportunity to stroll in the gardens … 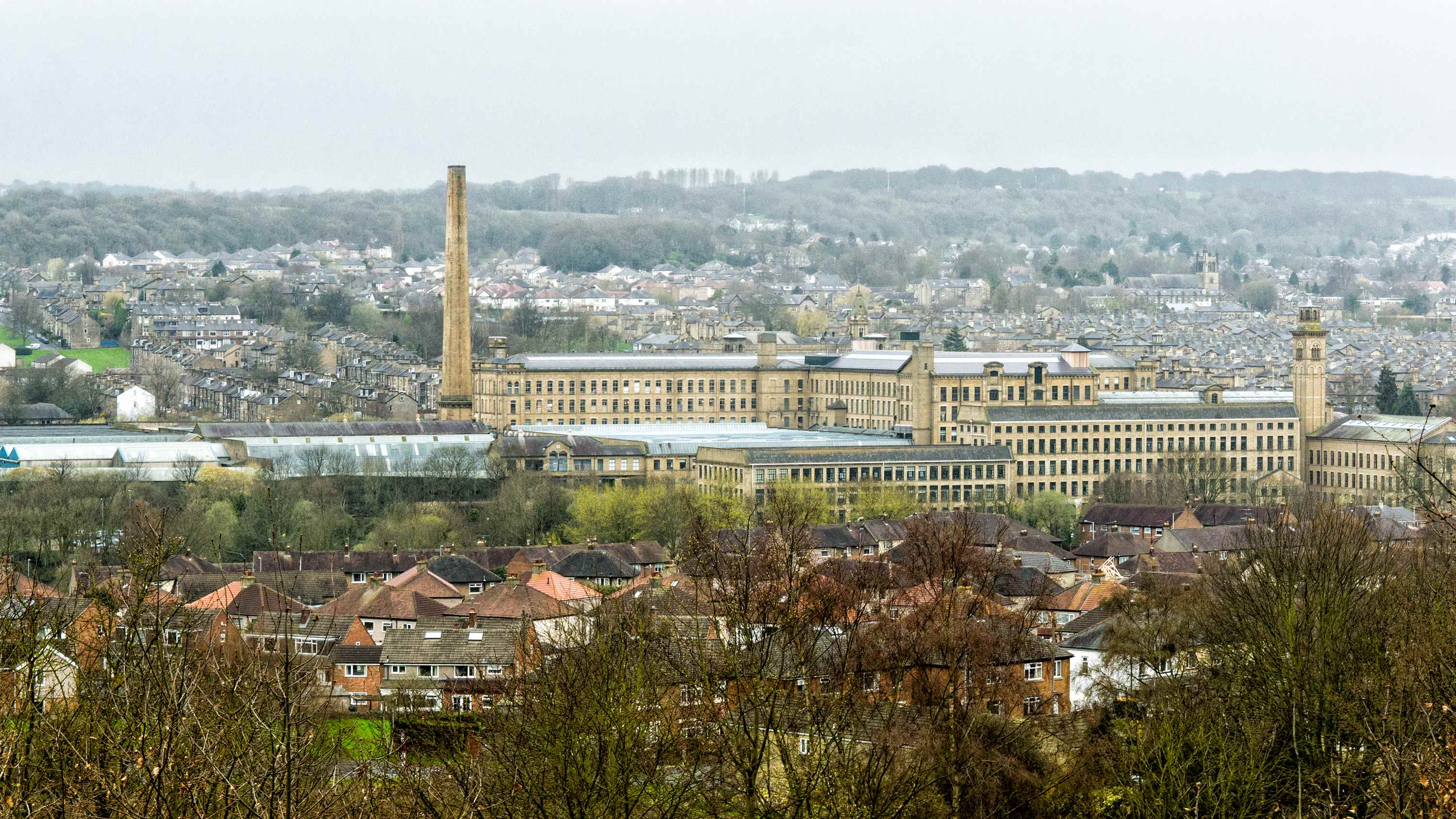 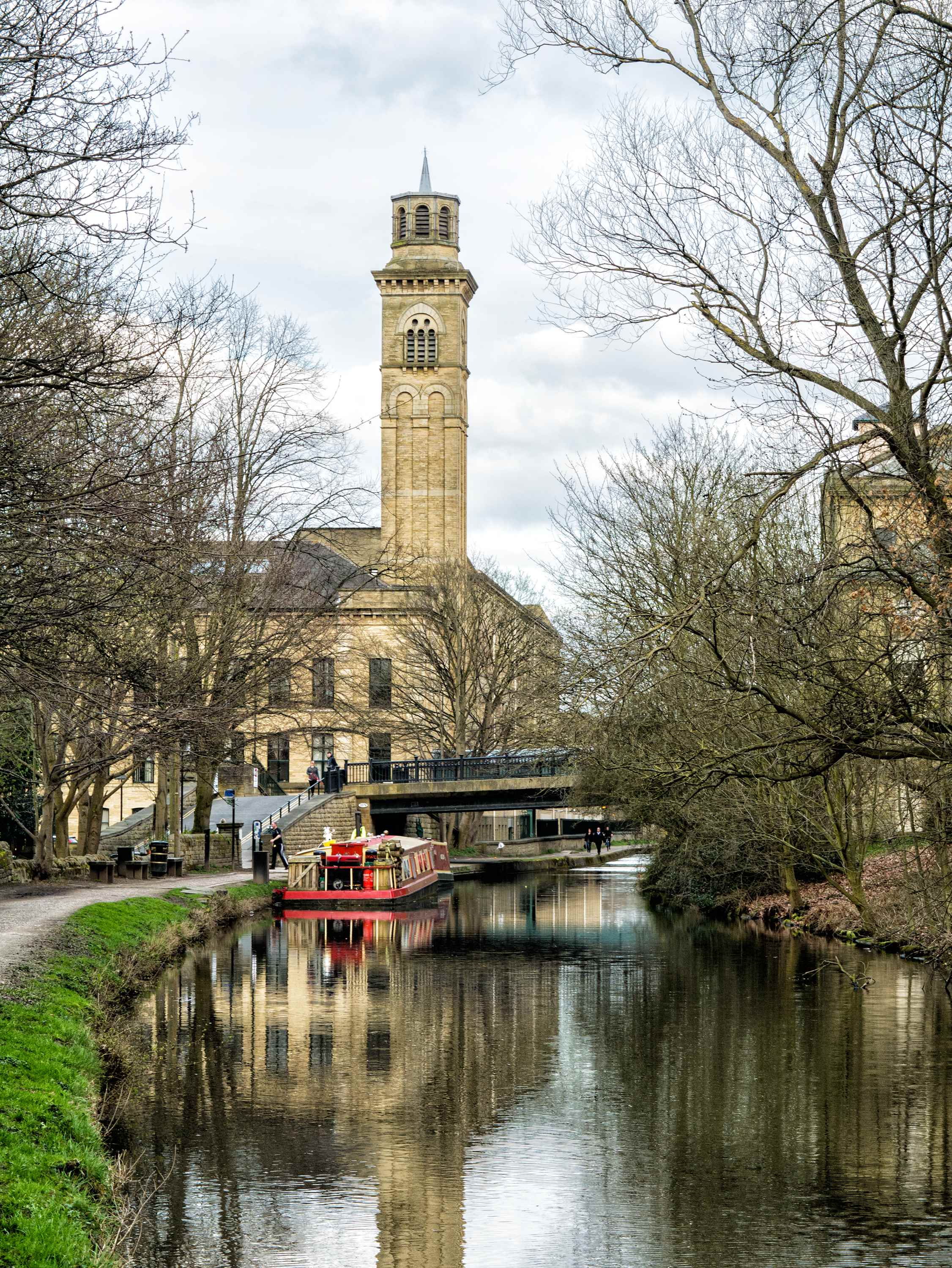 Since our visit, I’ve done a bit of reading around and I’m wondering if the controversy surrounding some of the information about Saltaire, is the possible reason for there being little in the way of instructions or literature for tourists.  The Saltaire Village website describes a number of inaccuracies with some of the information being produced and promoted by a few folk.

If you are studying Saltaire, please make sure of your facts. Lots of myths are peddled about Saltaire that have no basis in fact.”

2 thoughts on “A splendid day out at Saltaire”