Apologies to readers who erroneously thought they’d find a blog post all about Saltaire yesterday! I’m away at mum’s till tomorrow, without my laptop charger, so drafted the post yesterday morning before my battery died. I asked Barry to work his magic on it before I return tomorrow, and he accidentally pressed ‘publish’ rather than ‘save draft’! He soon realised and reverted the post to draft, but WordPress had already published the link to Twitter, Timblr, and of course anyone signed up by email. He just thought he’d whet your appetite…

Meanwhile, I can post a short blog about our recent achievements. There may be folks out there commenting that they’re sick of the sight of us popping up everywhere. We acknowledge that, but make no apologies. If you’ve read and love the Marriane Williamson poem ‘A Return to Love’ as I do, you’ll understand our intention is to inspire others to also let their light shine.

We’ve begun a regular column in ‘Canals Online’, and our inaugural introduction and article appeared in their publication last week. It featured ‘The Purton Wrecks’ on the Gloucester Sharpness Canal. Check it out here. Canals Online MagazinePage 56

May’s Waterways World included one of Barry’s images on page 6 in ‘On The Cut’. It’s our current header image (which we’ll be changing soon – it’s well past time to leave the winter behind!). 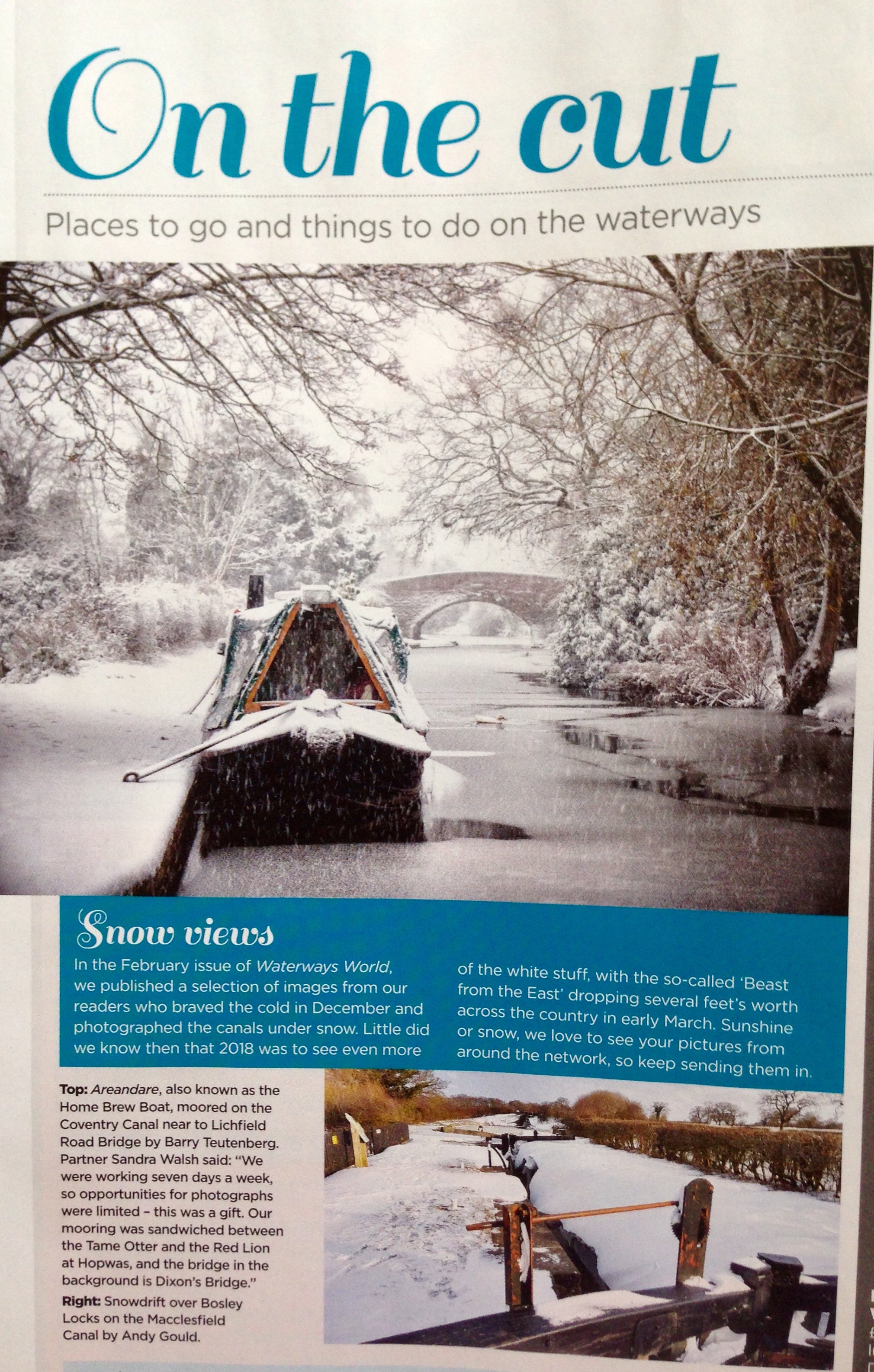 As an aside, we’d like to confirm we’re partners, as described, though also very much a married couple!

Lastly, but definitely not least, June’s Canal Boat magazine includes a joint ’20 Questions’ by Barry and I. Barry featured in this regular page in September 2015, so we felt most honoured to be asked to do it again. With a different angle. (Thanks to Gav for taking our picture outside Saltaire!). 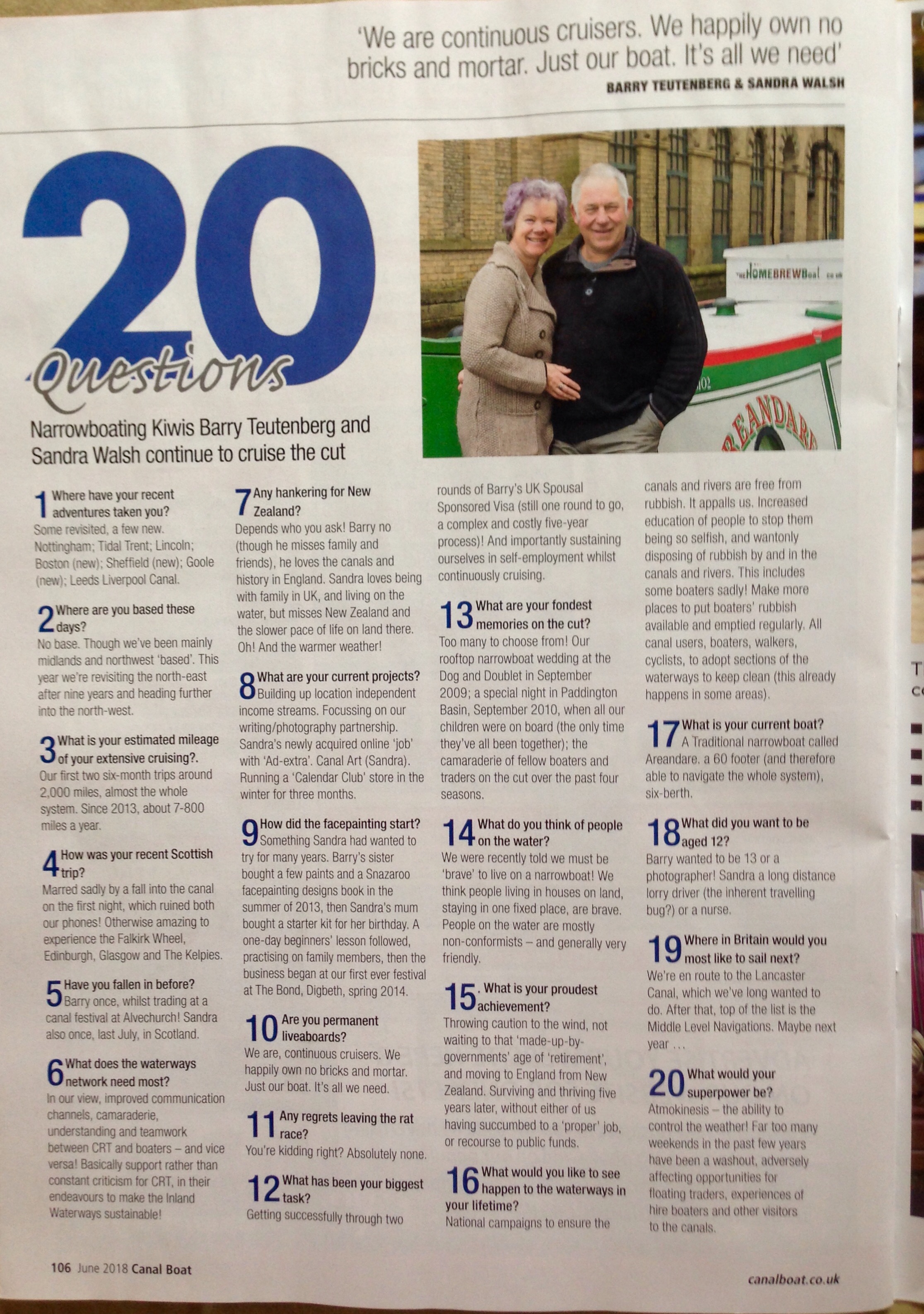 We’re honoured and humbled to have so much exposure in such a short time.

“… We are all meant to shine, as children do. We were born to make manifest the glory of God that is within us. It’s not just in some of us; it’s in everyone. And as we let our own light shine, we unconsciously give other people permission to do the same …” Marianne Williamson, A return to Love

We hope some of you will feel inspired to also and go forth and shine your own lights brightly, in whatever way works for you. The world needs lots more positive news …

5 thoughts on “Feeling a little over exposed on Areandare”