It took us almost nine years, but a couple of weeks ago we’d finally almost found our way back onto the longest canal in the country. It’s one of our all time favourites. In 2009 time we naively sped along it at a ridiculous rate! This time we’re determined to relish it as much as possible …

Fun and games in Leeds City

Thankfully Barry managed to arrive in Leeds, despite the flooding, in time for me to meet him as I stepped off the train I’d booked weeks before. I was returning from Lisa’s in Malpas, near Whitchurch, on Saturday 7th April, having been away for ten days, staying initially with mum then Lisa and the boys. I so love the flexibility of our chosen lifestyle, which enables me to spend time with family AND be on the boat cruising around. We even squeeze in various ‘work’-related efforts to sustain ourselves.

Our friends from NZ (originally from England!), who now live near Leeds (Guisely), were out in the centre with friends the night I arrived, which was opportune for us to head out and pretend we were young again! Having lived a good twenty years more than them didn’t feel like a problem, we’re pretty young at heart! 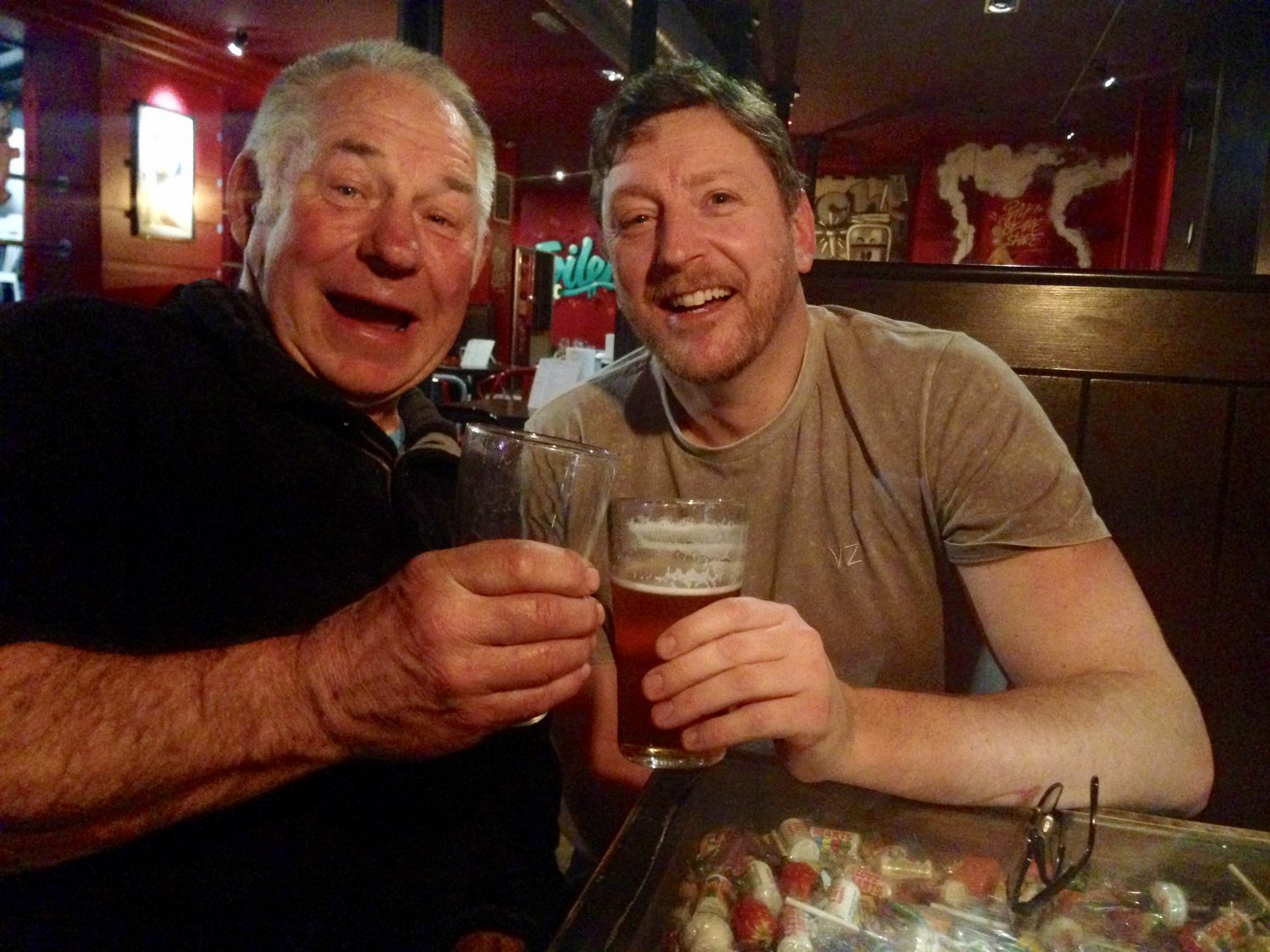 Barry and Gav – like a couple of giggling kids when they got together at ‘Almost Famous’!

We didn’t push our luck and stay out too late luckily, as the following day Gav and Helen returned for dinner on board and we felt it’d be rude not to encourage them to indulge in a couple of games of six-handed rummy. We’ve hosting a fair few kiwi visitors in June, and we hope Gav and Helen will drive down to catch up with them, so thought it best to make sure they knew the rules so they aren’t disadvantaged. We even persuaded Barry to play Bananagram (hurrah Gav loves it too!), which he even had the audacity to win a number of times! I’m sure he’s a closet writer really and loves words …

It was rather a late night, and an unplanned sleepover which can happen! 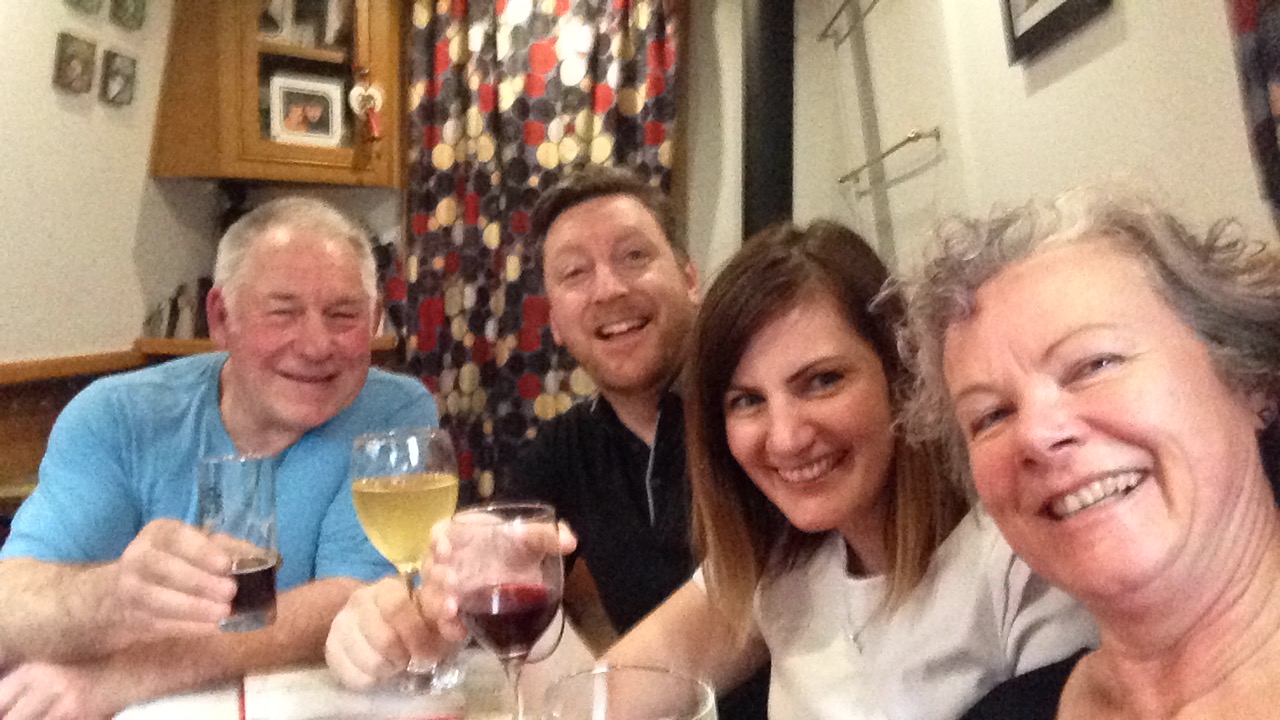 Cheers! Getting ready for cards … and Bananagram

On Monday, while I caught up on some paid work (more about that fantastic new concept to come), Barry went to explore Leeds, hoping to visit the museum. 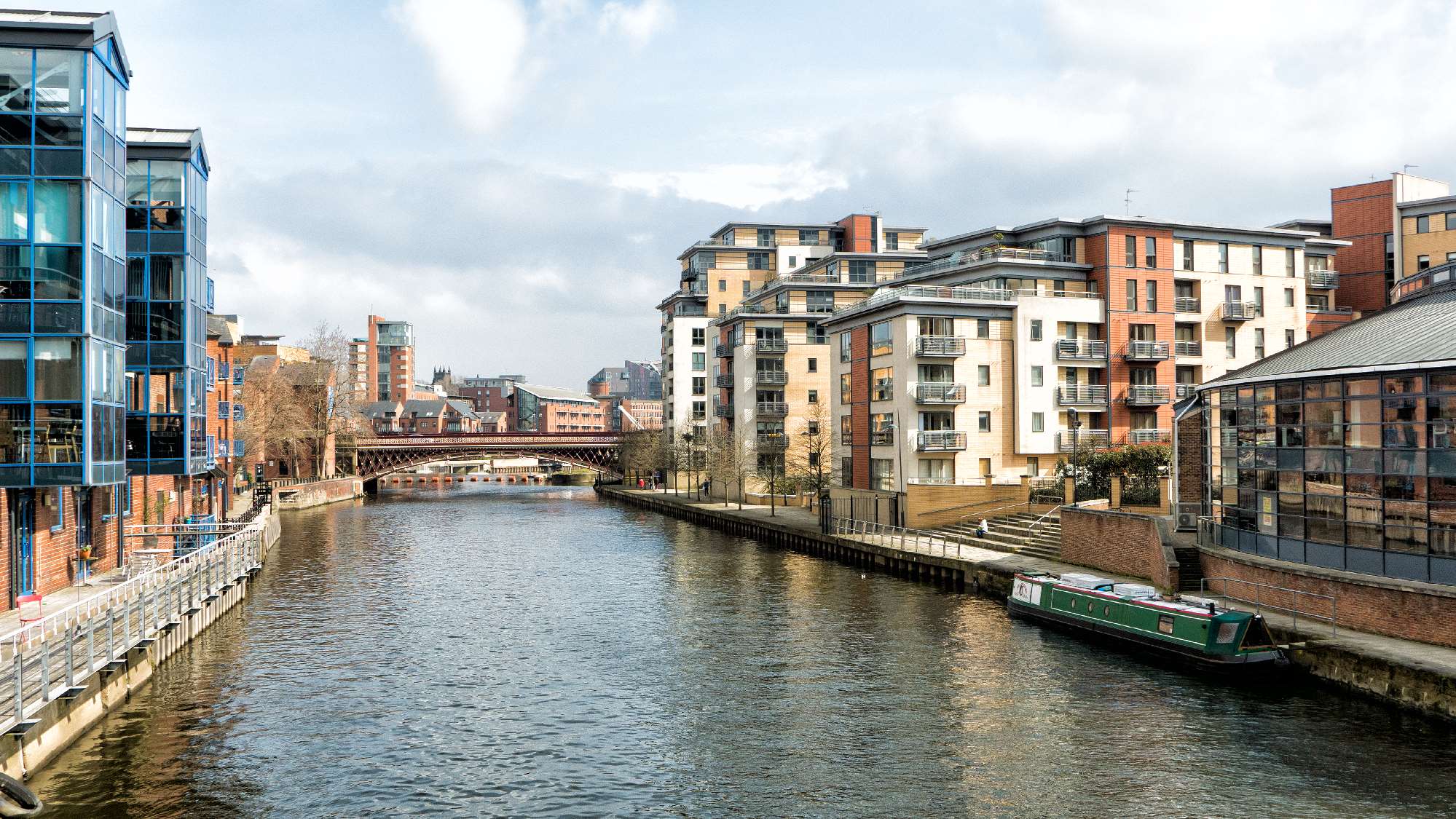 Areandare moored up by Brewers Wharf, on the River Aire

There’s a regular Water Taxi service along the river that passed us by frequently over the three days we stayed in position, with tourists a plenty enjoying the waterway and sights. It takes them to Clarence Docks, where we really wanted to be but sadly couldn’t find a vacant visitor mooring. 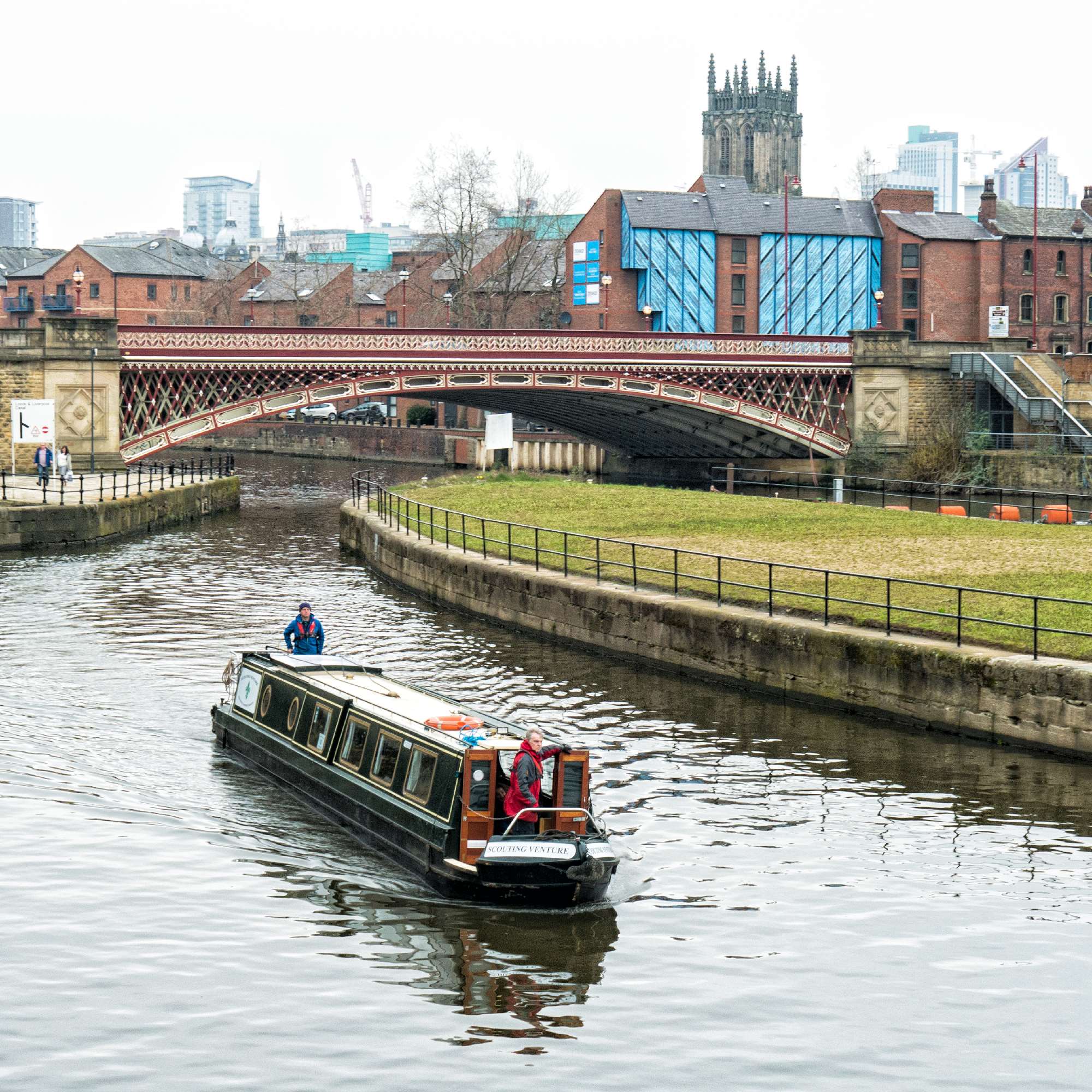 Opened in 1842, at a cost of £36,000, Crown Point Bridge is a splendid example of an ornate cast iron structure of the time, and continues to stand majestically over the river at the east end of the city

Sometimes we get to a place at the right time to see something interesting. Like our gift at Lincoln, and Rick Wakeman. More often it feels (though it’s probably just our primate brain’s negativity bias in action!) we arrive just after, or just before, an event we’d have enjoyed participating in.

This particular day wasn’t in Barry’s favour – the museums are closed on a  Monday! And we were unfortunately leaving Leeds the following day. Luckily, it turned out, as on Tuesday it rained heavily (nothing new there I hear you exclaim), causing the water levels to rise swiftly and massively, meaning the flood gates at Clarence Docks had to be closed – so it was after all fortuitous we WEREN’T moored there, or we may have been delayed. It’s always possible to see things differently … 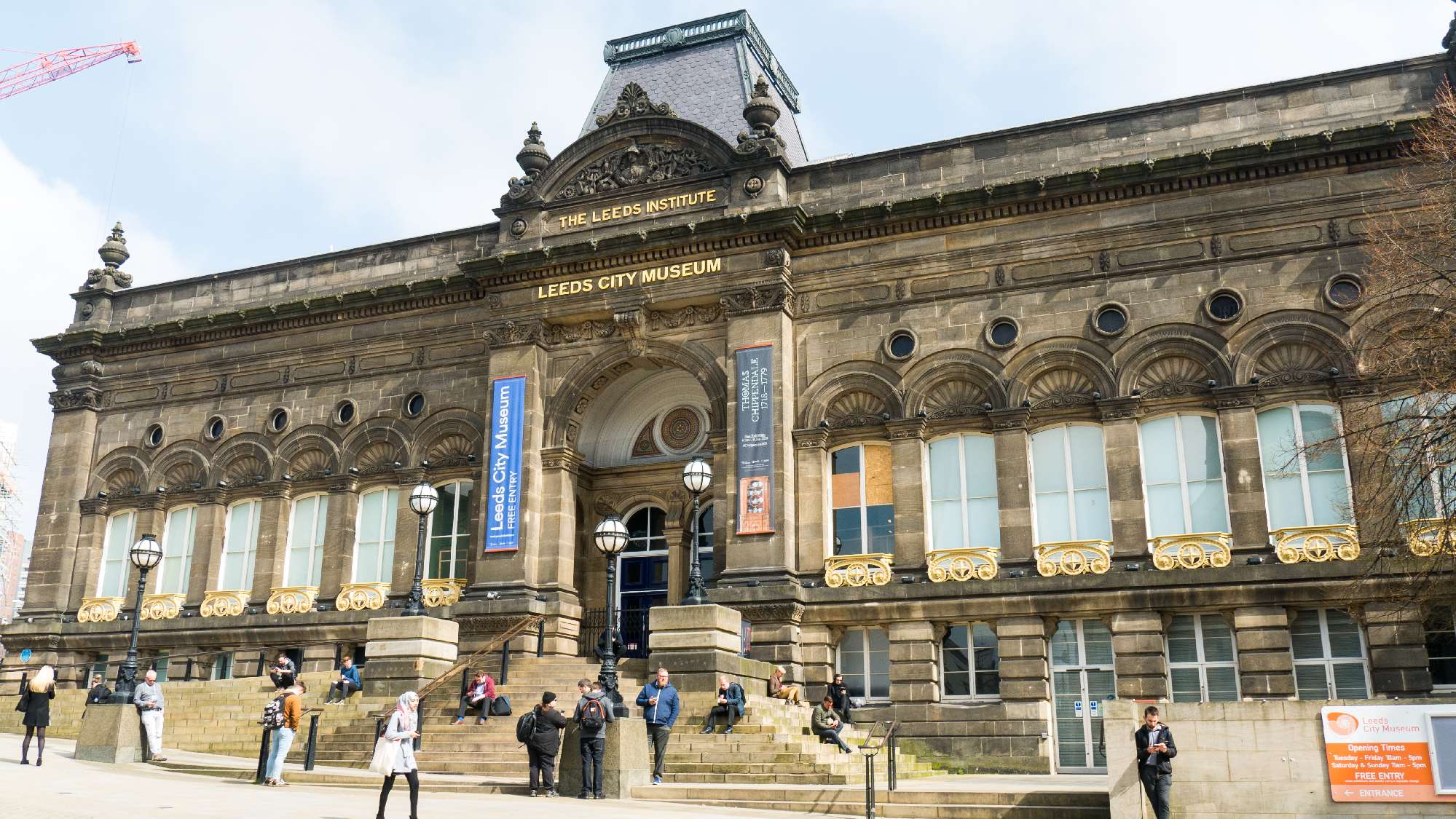 He spent his time usefully though, capturing some fine examples of Victorian architecture around the lovely city of Leeds …