It’s the same old story, loving our chosen life has come before writing blogs and editing photographs to accompany the posts! We haven’t forgotten you all though and we’re getting on the case again despite being just over two weeks behind …

Firstly we’ll take you back to Goole and Barry’s journey from there to Leeds, with a few minor hiccoughs on the way.

Over to Barry and his ingenious photography and wise quips …

Leaving Goole with a view back towards the port 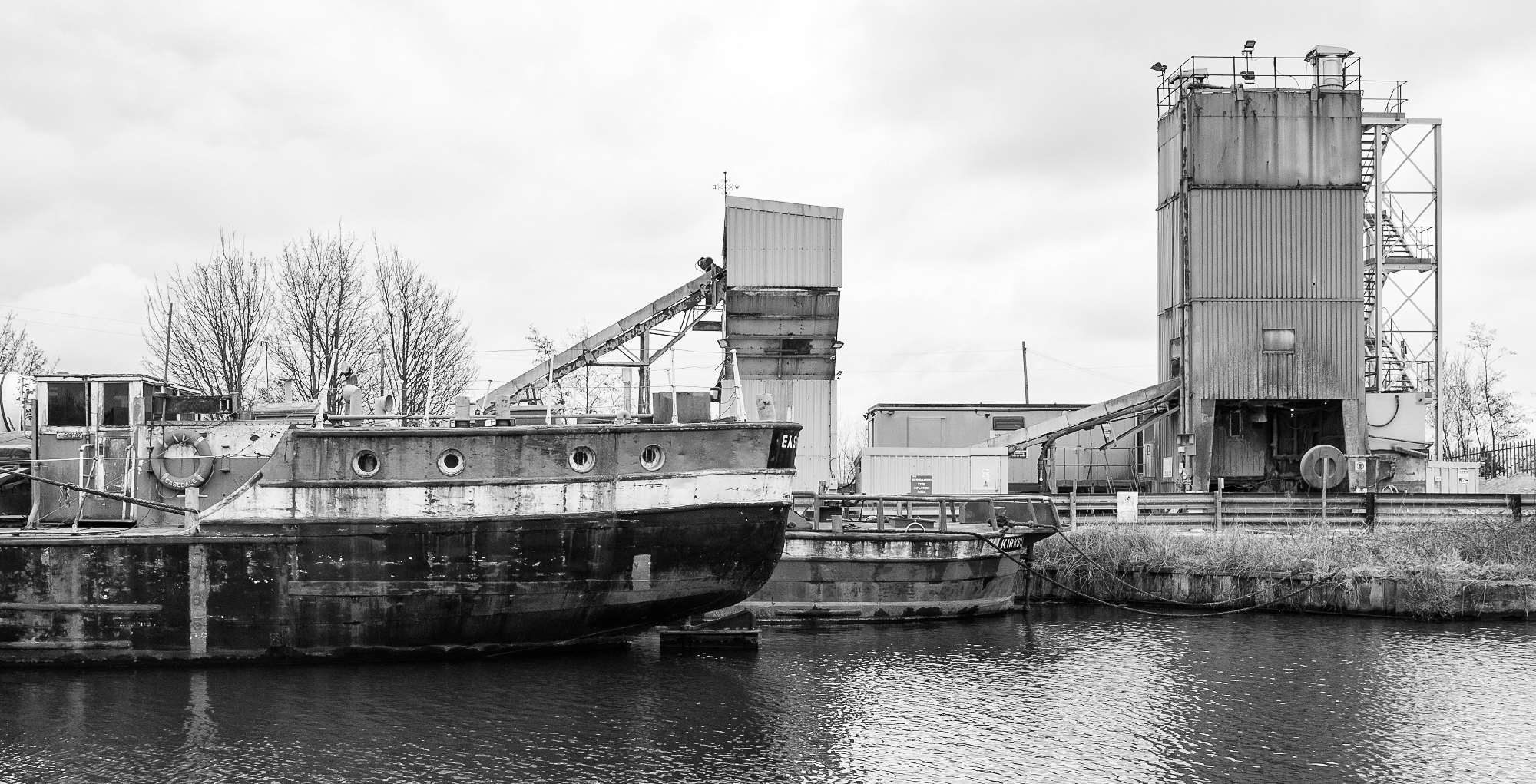 Don’t think these vessels are used for carrying grain any longer!

You do have to pass a lot of disused boats on the way out of Goole.

The canal is nice and straight, wide and deep, which makes for good motoring and the locks are all mechanised so very easy on your own.

The dismantled Kellingley Colliery at  Knottingley, with its interesting though strangely redundant sign. 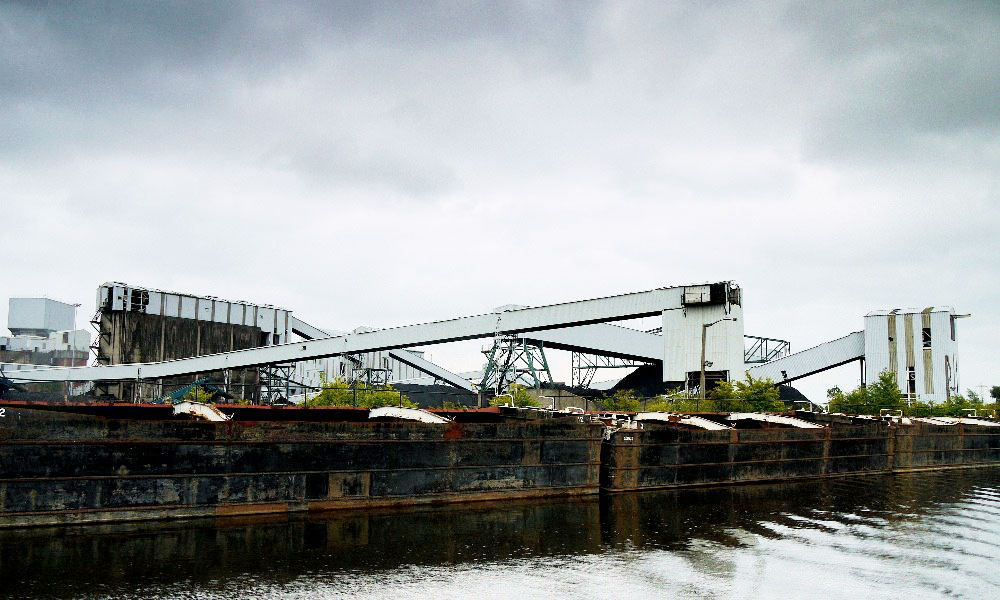 Eggborough power station, with a sea of solar panels ready to take it over! (It’s due for closure by 2019) 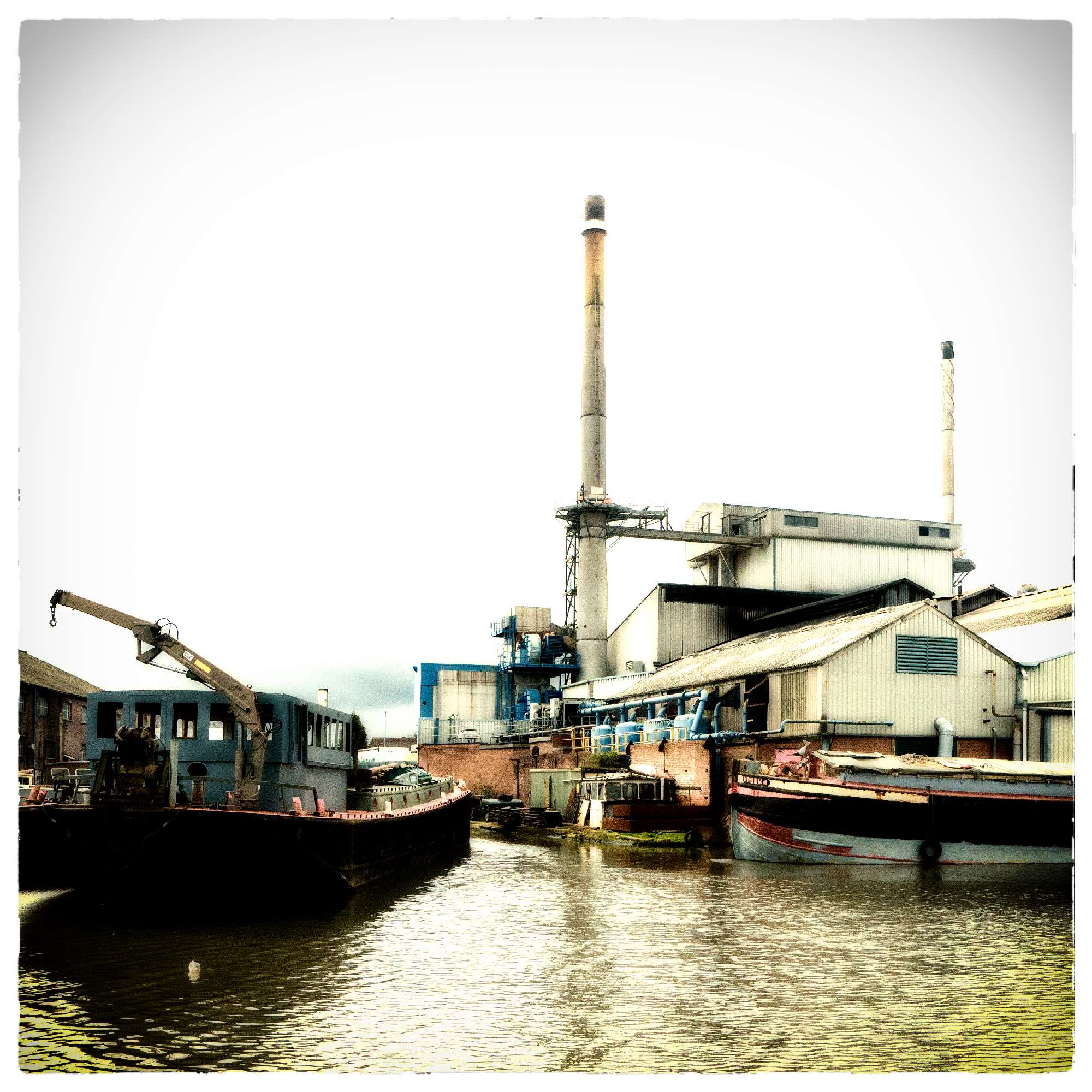 Knottingley Junction with the Hirst Boatbuilder’s Yard and Allied Glass Container’s factory behind.

A few different views of the Ferrybridge Lock with power station behind.

I’d been told the River Aire was up by 13′, so wasn’t surprised to find it nearly flowing into the canal. 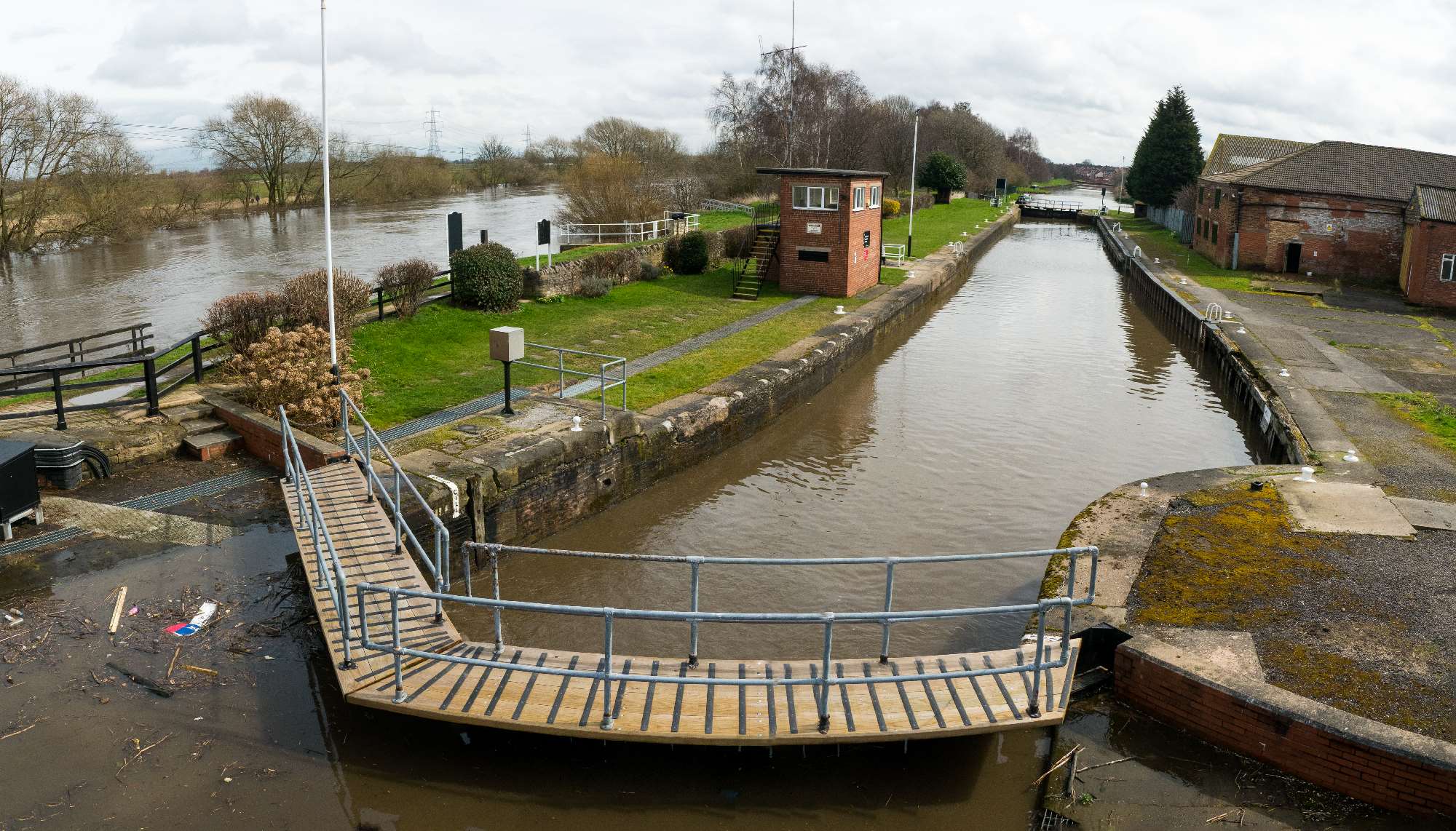 Ferrybridge Lock is usually left open for access straight through. No chance today! (The lock is half full so the canal is another 4-5′ lower than this at the other end)

No sign of the river level gauge at all! 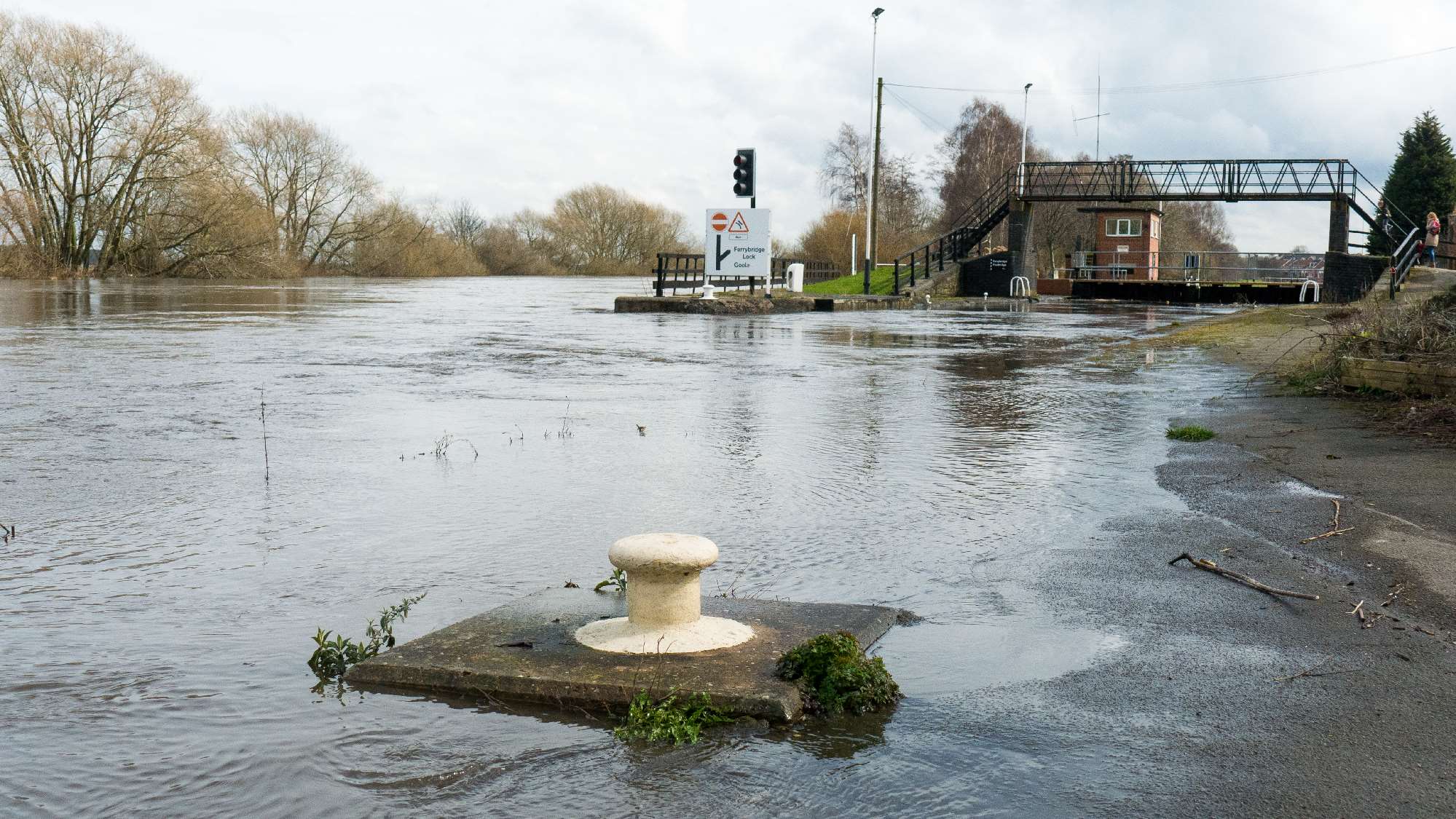 The level had been up over the towpath earlier in the day. 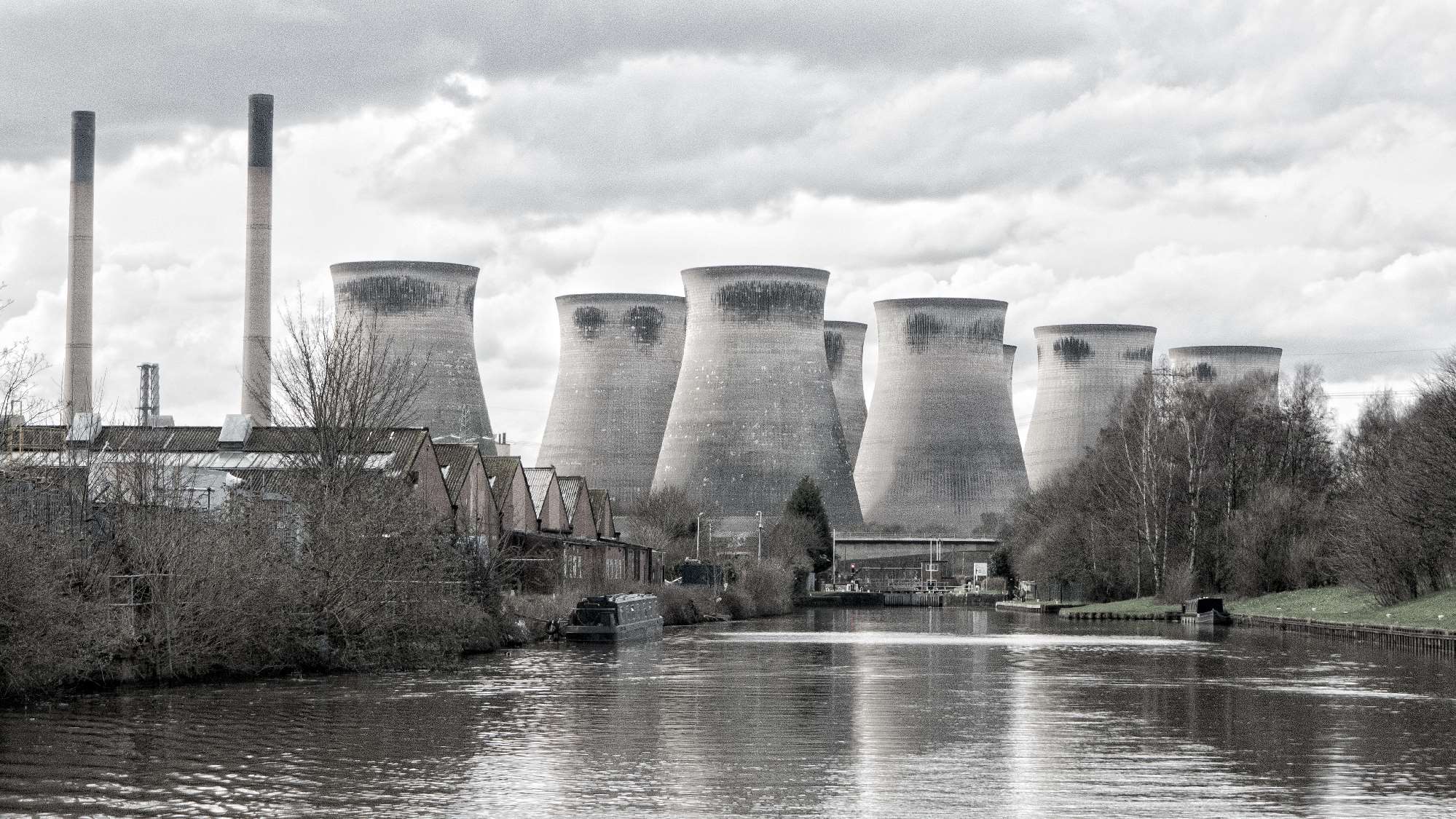 As I got to spend three days at Ferrybridge I spent my time photographing all the sights … ie. the power station! 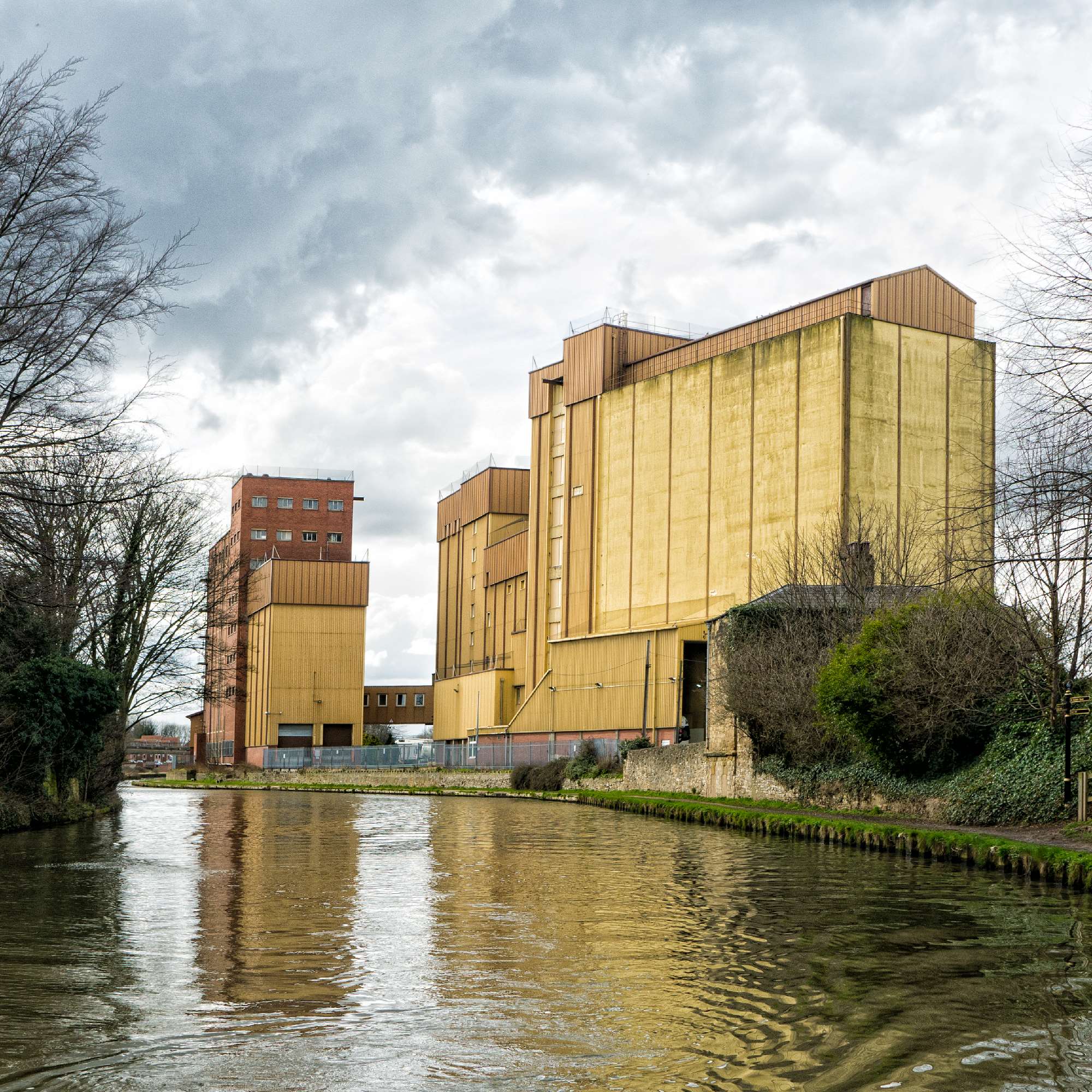 … and the flour mill.

… and the power station. 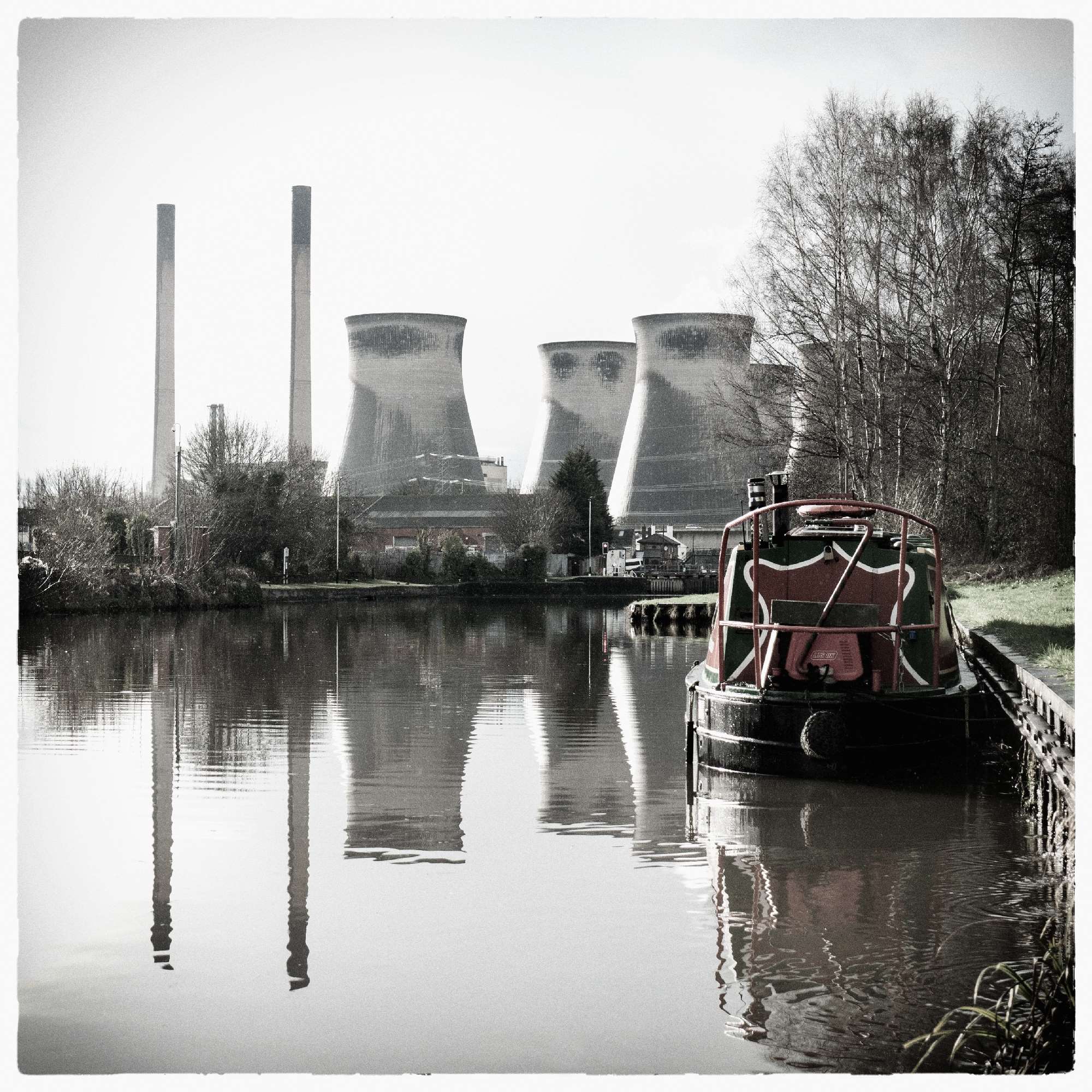 … and the power station. which was closed down in May 2016, and is due for demolition soon.

(Day 2) The light was still on red so I went and checked the level which had dropped down nearly five feet, and now had the top of the gauge showing but still too high.

(Day 3) It only dropped a further foot, so was  still well in the red.

(Day 4) Woke up with the light on orange. So checked the river gauge which was still in the red and no sign of any amber, or of the lock keeper.

I consulted with the other two boaters who’d turned up the previous day, and agreed to all go together with Areandare last if the others needed help. 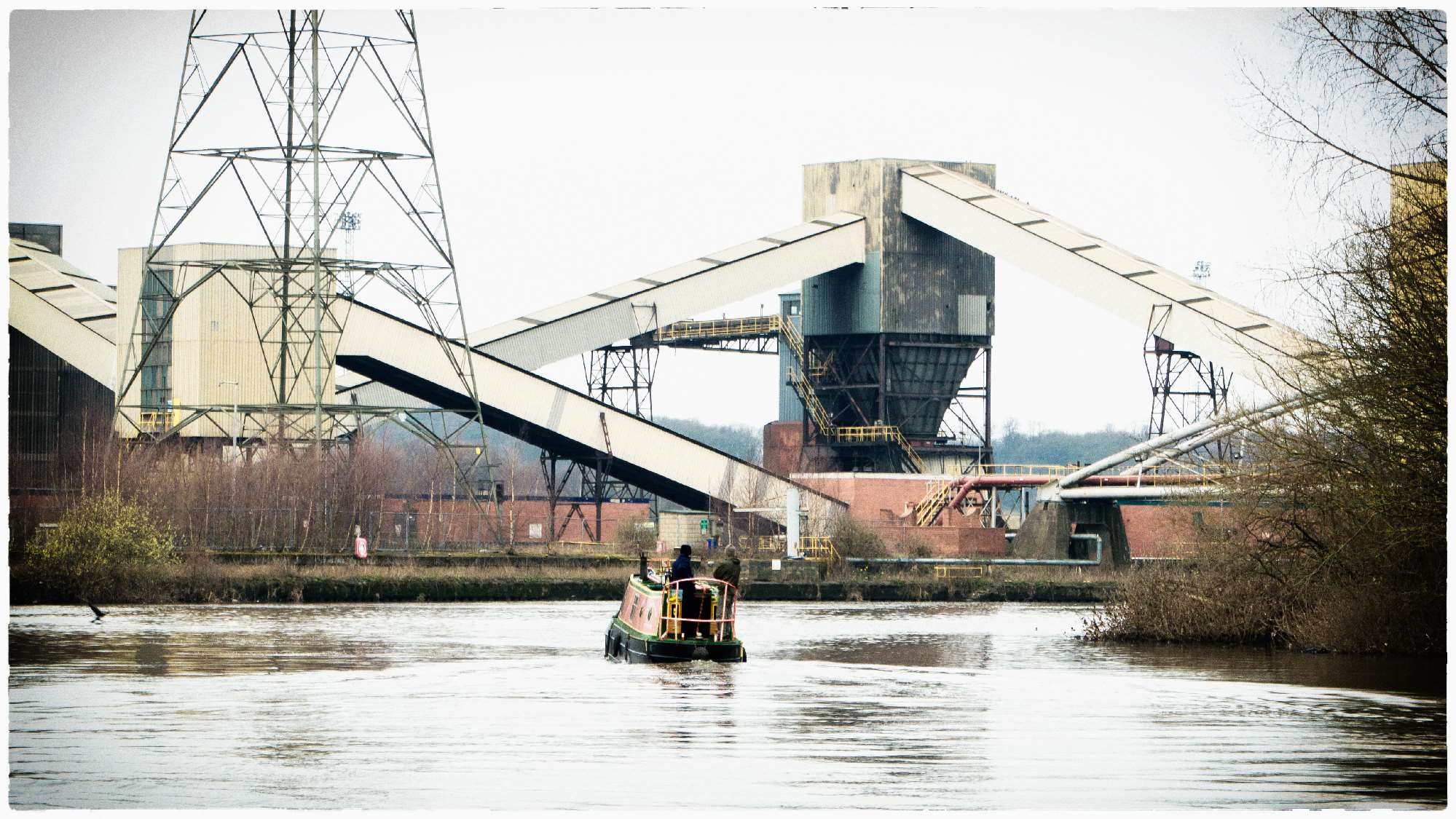 The current was fairly strong and took a bit of pushing, but no real issue! 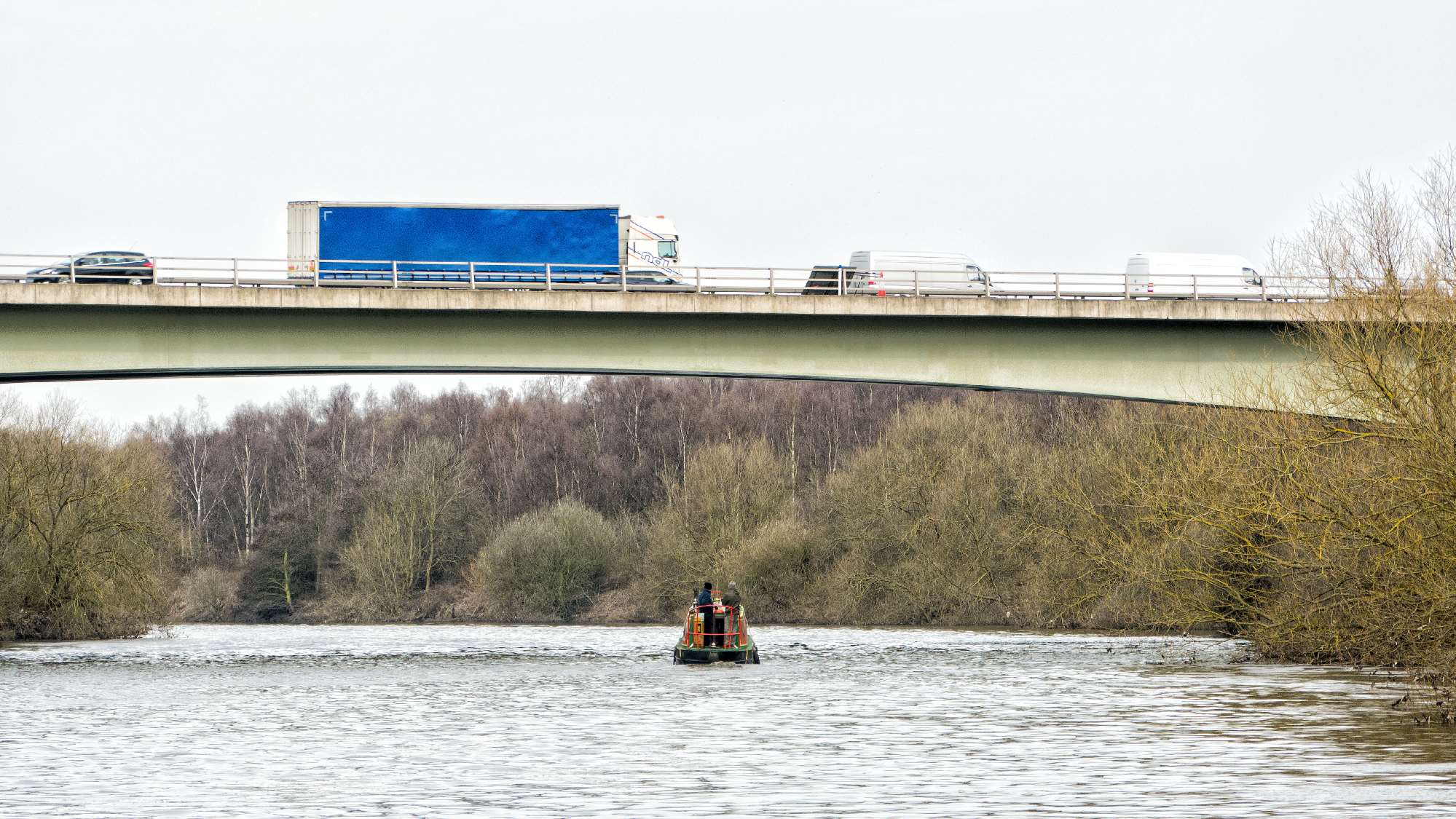 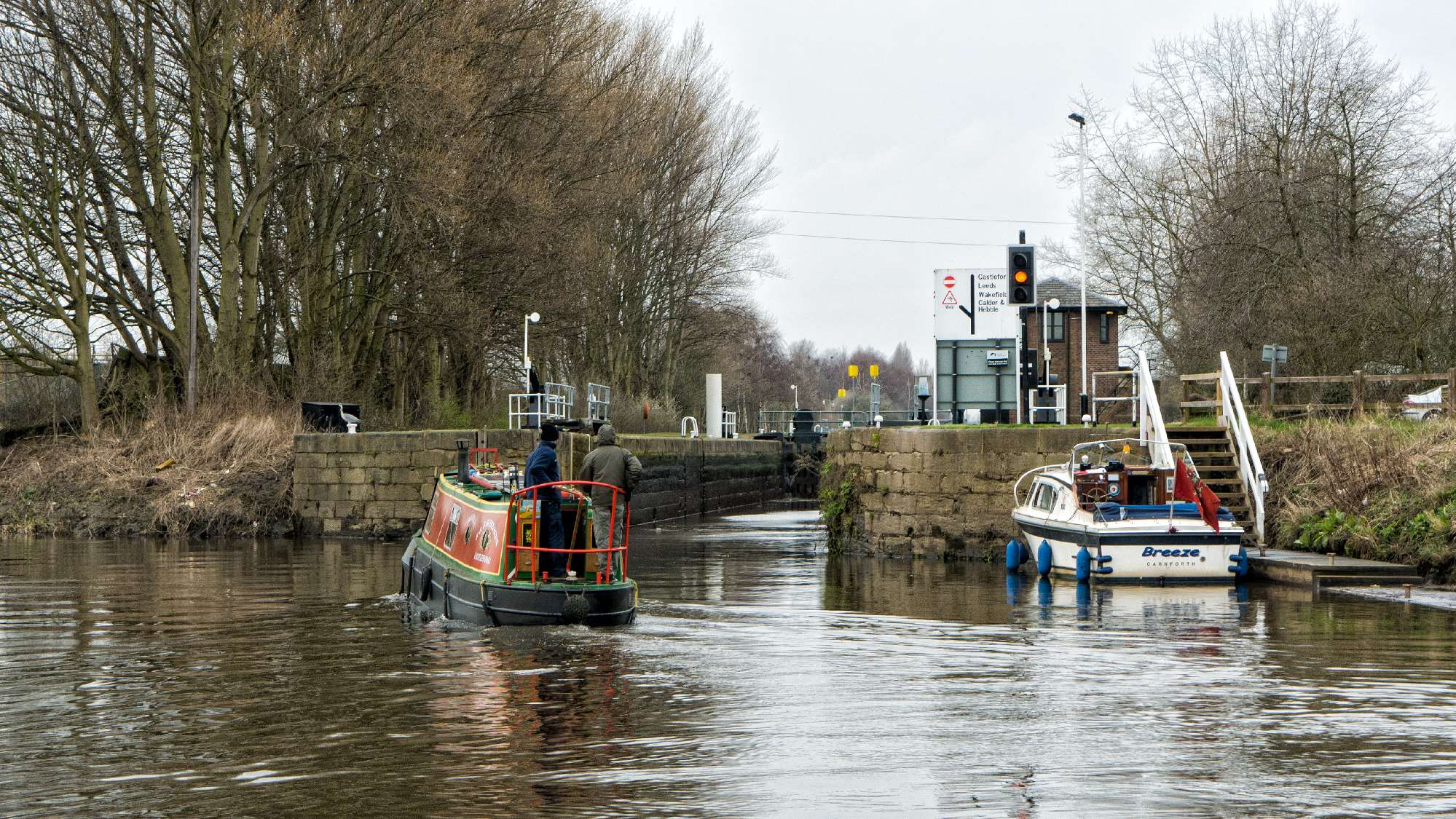 … and all three of us arrived safely at Bulholme Lock

The canal section at Castleford.

The strangely shaped Castleford Lock. Not much of a rise but painfully slow to fill. 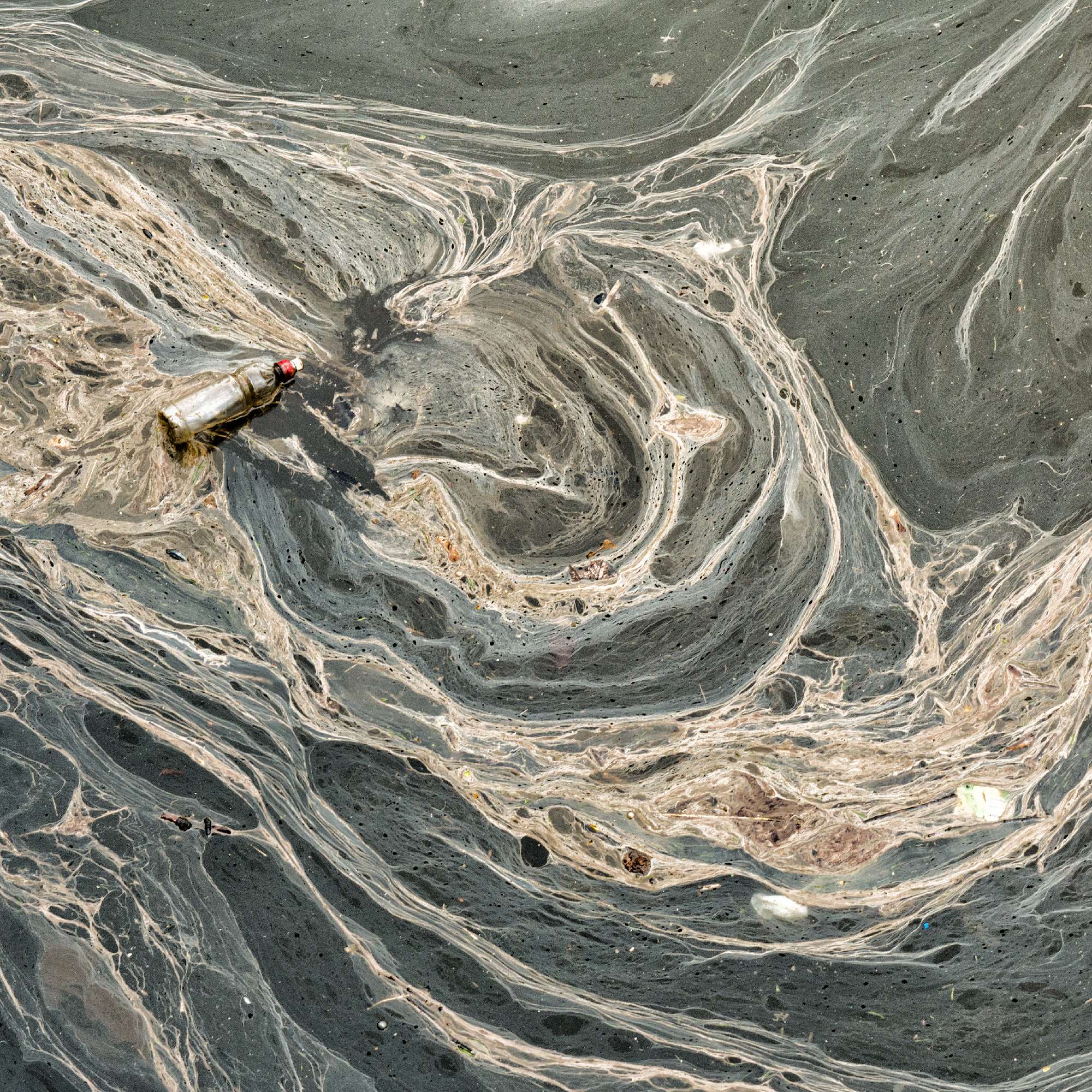 The CRT lock keepers told me there’d been a spillage near Lemonroyd Lock which was contaminating the river and canals further downstream. This was swirling around in Castleford Lock, and it smelled yuk!

This is the size boat that uses the locks!

I moored on the outskirts of Leeds below Knostrop Lock, hoping to be able to spend two nights in Clarence Dock over the weekend. Above is the new space age looking weir on the river beside the lock. 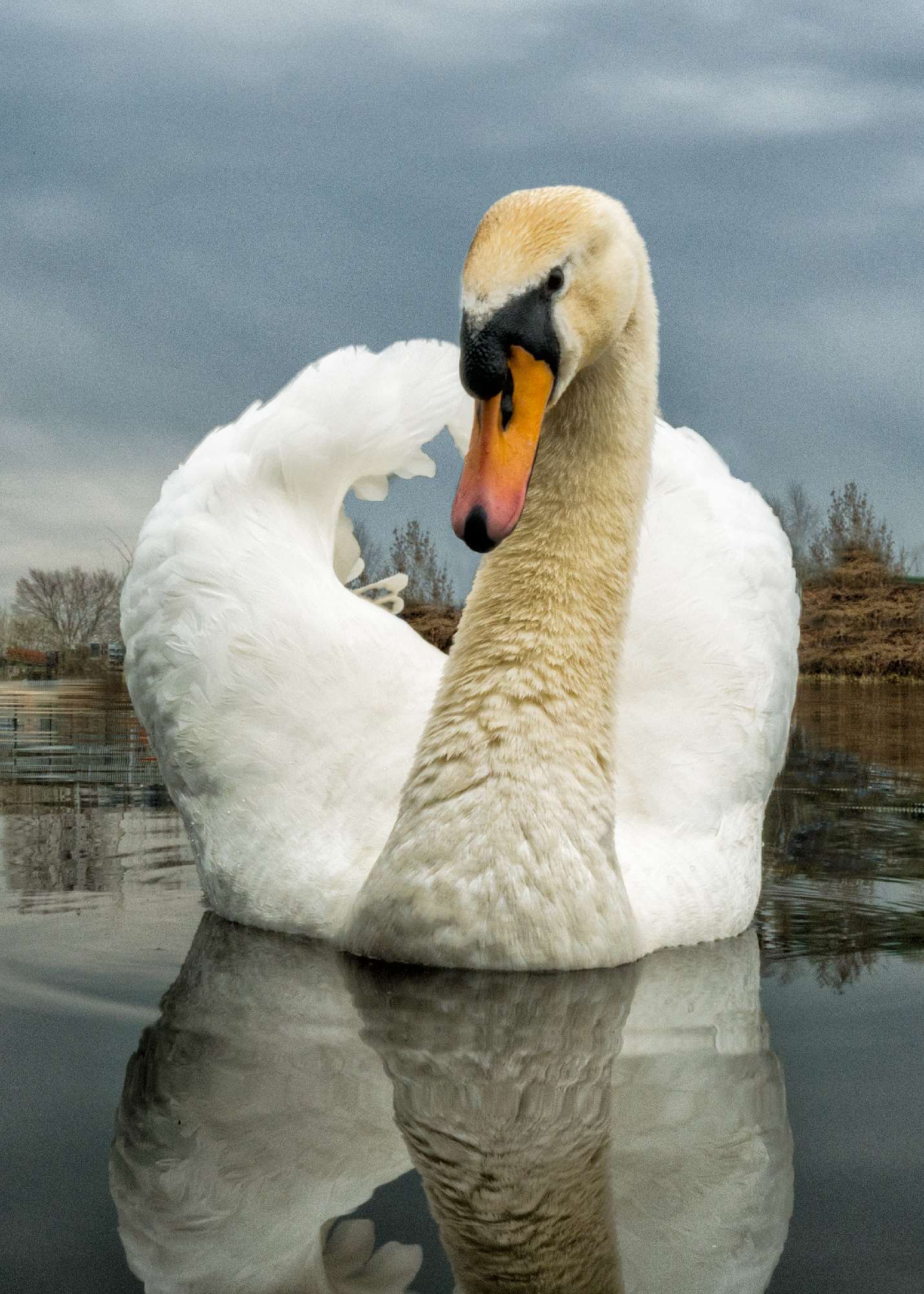 This fellow came and visited me in the morning with all his finery, and was duly rewarded with some of Sandra’s new duck food. 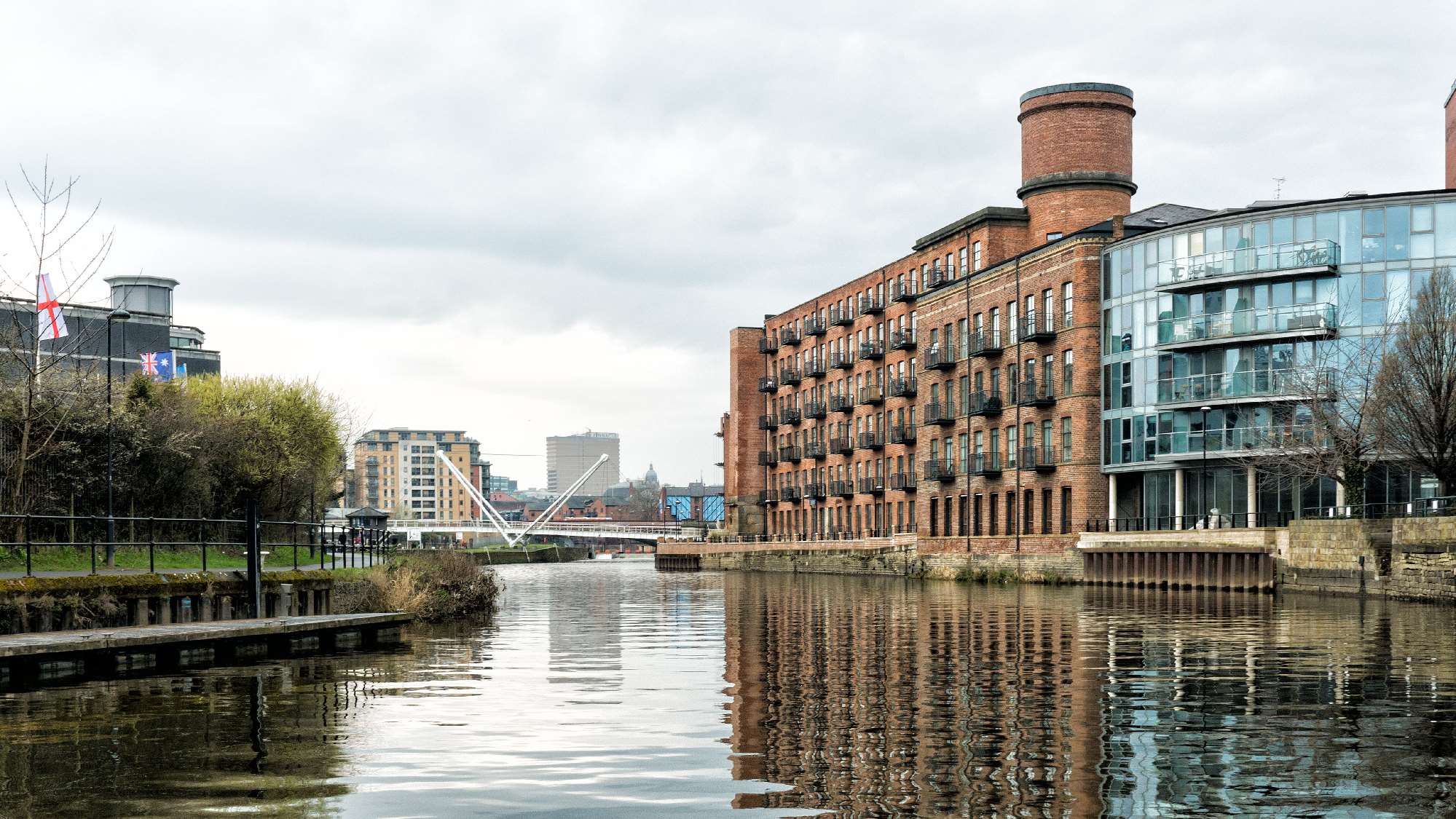 The next day, Saturday, it was a short hop and through Leeds Lock into Clarence Dock.

Suddenly Leeds Lock is barely long enough to get the 60′ 2″ of Areandare in! 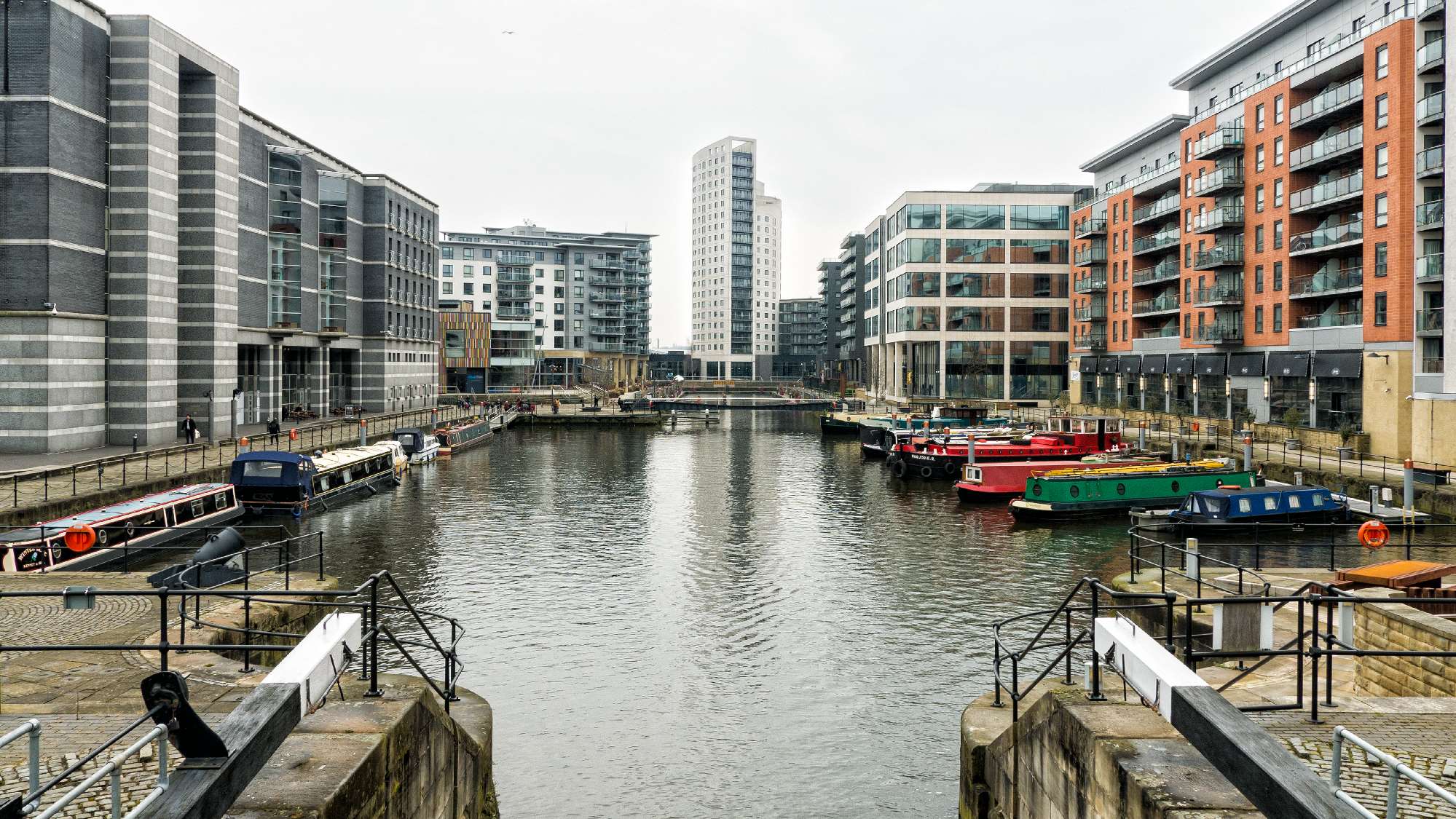 Alas on arrival there was ‘No Room at the Inn‘ as the 48hr visitor moorings on the left were all full. (I walked past here again on Tuesday and strangely only the wide beam had moved … I wonder???) 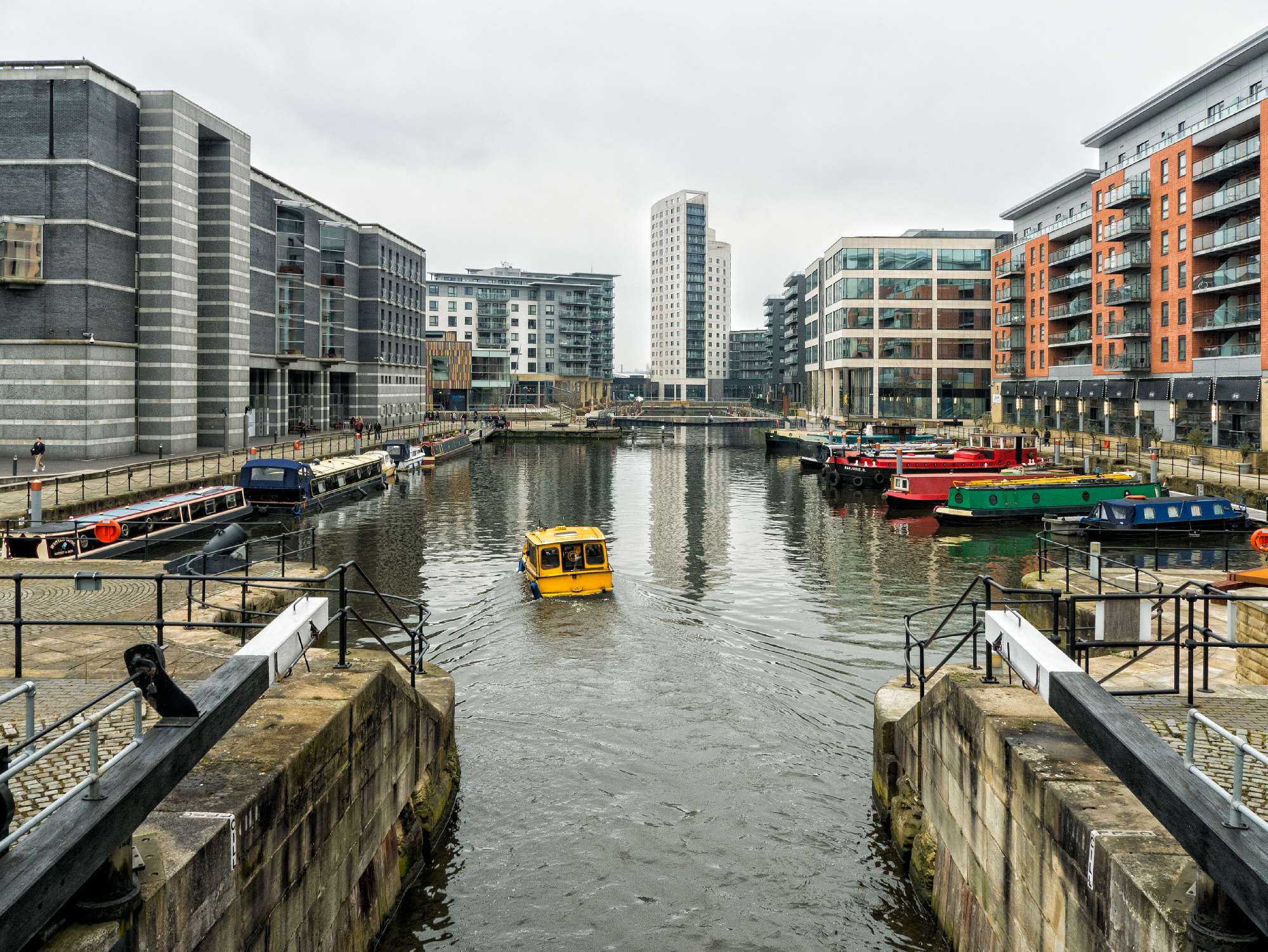 … and the water taxis took up the moorings at the end.

It is an amazing setting for a marina with the National Armouries Museum on the left, city apartment living on the right, and a multitude of pubs, bars, and businesses at close hand.

Sandra arrived back on board on Saturday 7th April, and re-joined me on the mooring I finally found on the River Aire, by Brewers Wharf.

2 thoughts on “Catch up time! Goole to Leeds”