This laid-back lifestyle is frequently rather frantic! So much so, we’re once again a couple of weeks behind with posts. This week can hopefully be ‘catch-up’ time, to get you all up-to-date with where we’ve been, and what we’ve been up to along the way. At least the publishable stories!

Sheffield to Rotherham with friends

One of the main reasons for making our inaugural trip to Sheffield was to catch up with close friends Sara and Fred.

On Sunday 25th March, bright and early (though not in the least bushy-tailed as the clocks sprang forward that morning!) they met us in the basin on their bikes, and accompanied us down the Tinsley Lock Flight. We’d have much preferred a later start than 0930hrs, but the resident lock-keeper wasn’t keen to negotiate the time unfortunately, so we were left with no choice but to leave the city by 0830hrs. 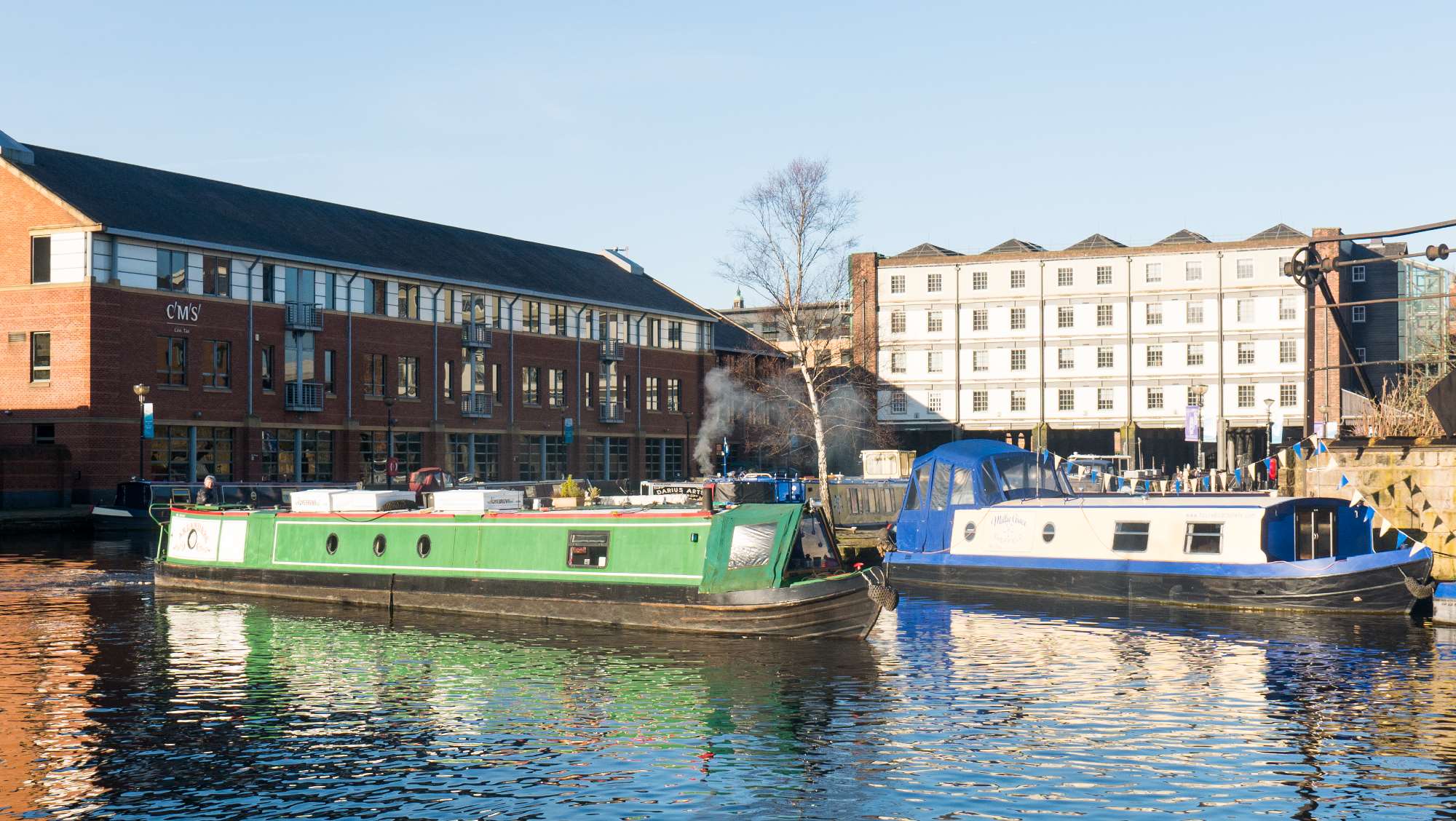 After (luckily) arranging a pump-out, Sandra executes a perfect turn in the basin, and then back through the swing bridge. She refused to even attempt the swing bridge again, preferring the fineries of winding over aching arms for days as happened on our entrance! 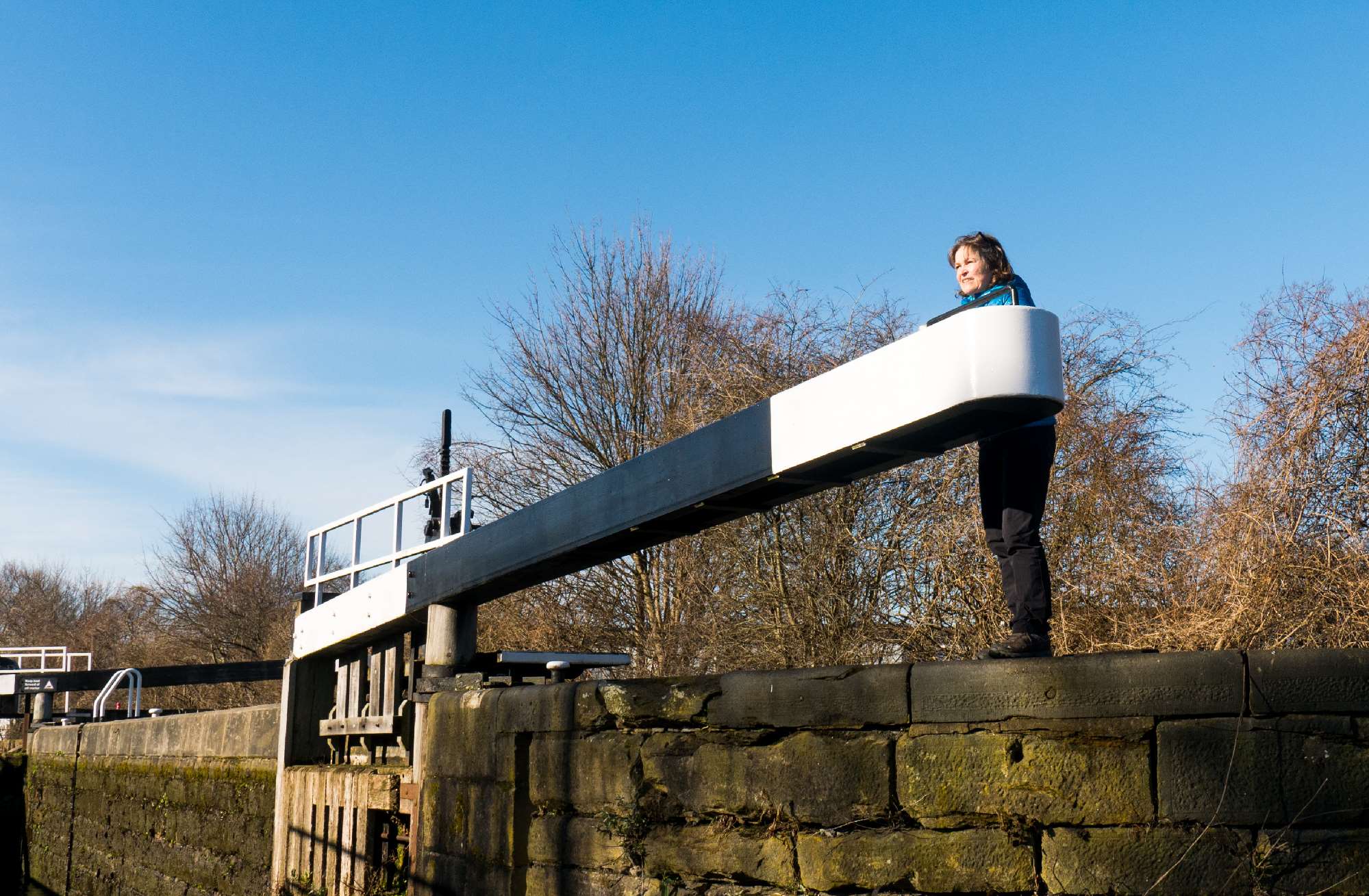 Sara’s on the job handling the locks with Sandra, while Fred helps Barry with the terribly complex (!) driving job. 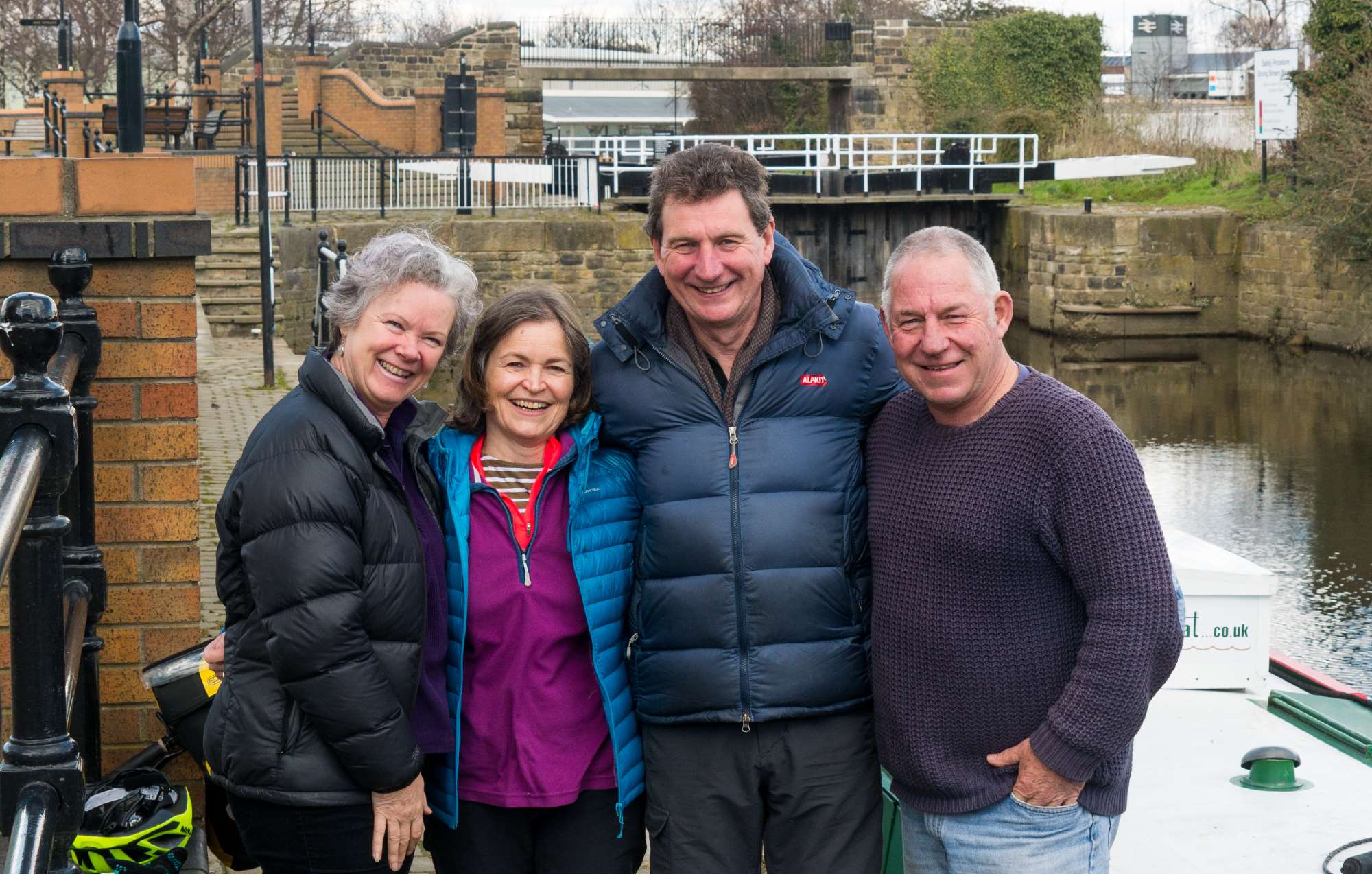 We made it to Doncaster, where Sara and Fred plucked their bikes off the roof and cycled back to Sheffield.

That afternoon we thought we’d venture into Rotherham and see what delights it had to offer. We weren’t aware of any in particular, so were happily surprised to find a couple. One was what appeared to be an A-mazing shop, sadly closed on Sundays and Mondays, Grimm & co, which, on further research, turns out to be a most magnificent guise for a children’s writing workshop venue:

“Grimm & Co’s Writers’ Pad is our Yorkshire-wide centre, based in Rotherham, where young people aged 7 to 18 come and enjoy creative, imaginative happenings that lead to the joyful discovery of writing for pleasure.”

How spectacularly splendid is that! 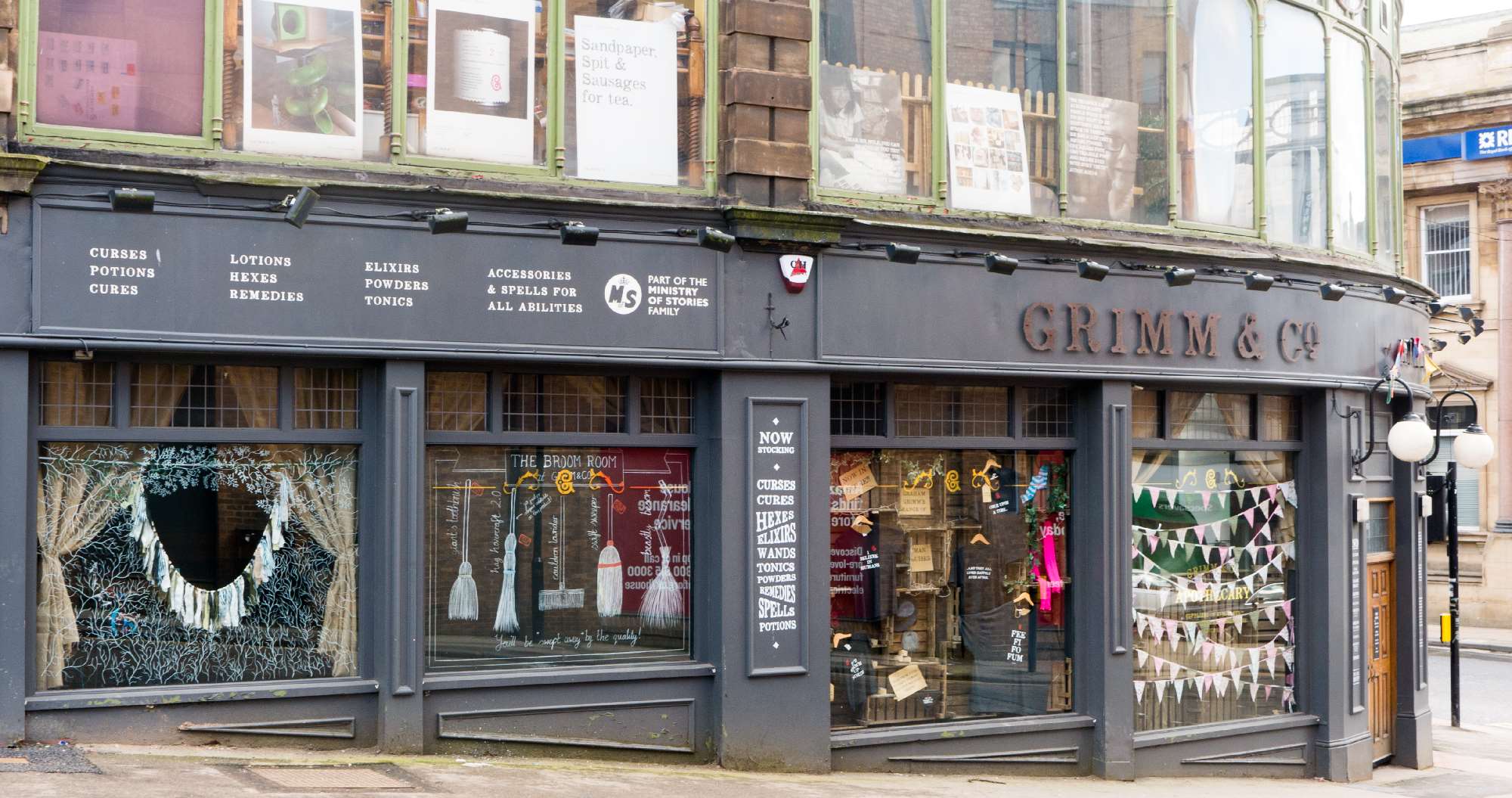 A treat (though luckily closed) shop for Sandra

We walked up to Clifton Park, on a rare sunny and mild day, and wandered slowly around. It was so unusually warm (in comparison to the past six months or so!), there were even children playing in the water-park in their bathing costumes! 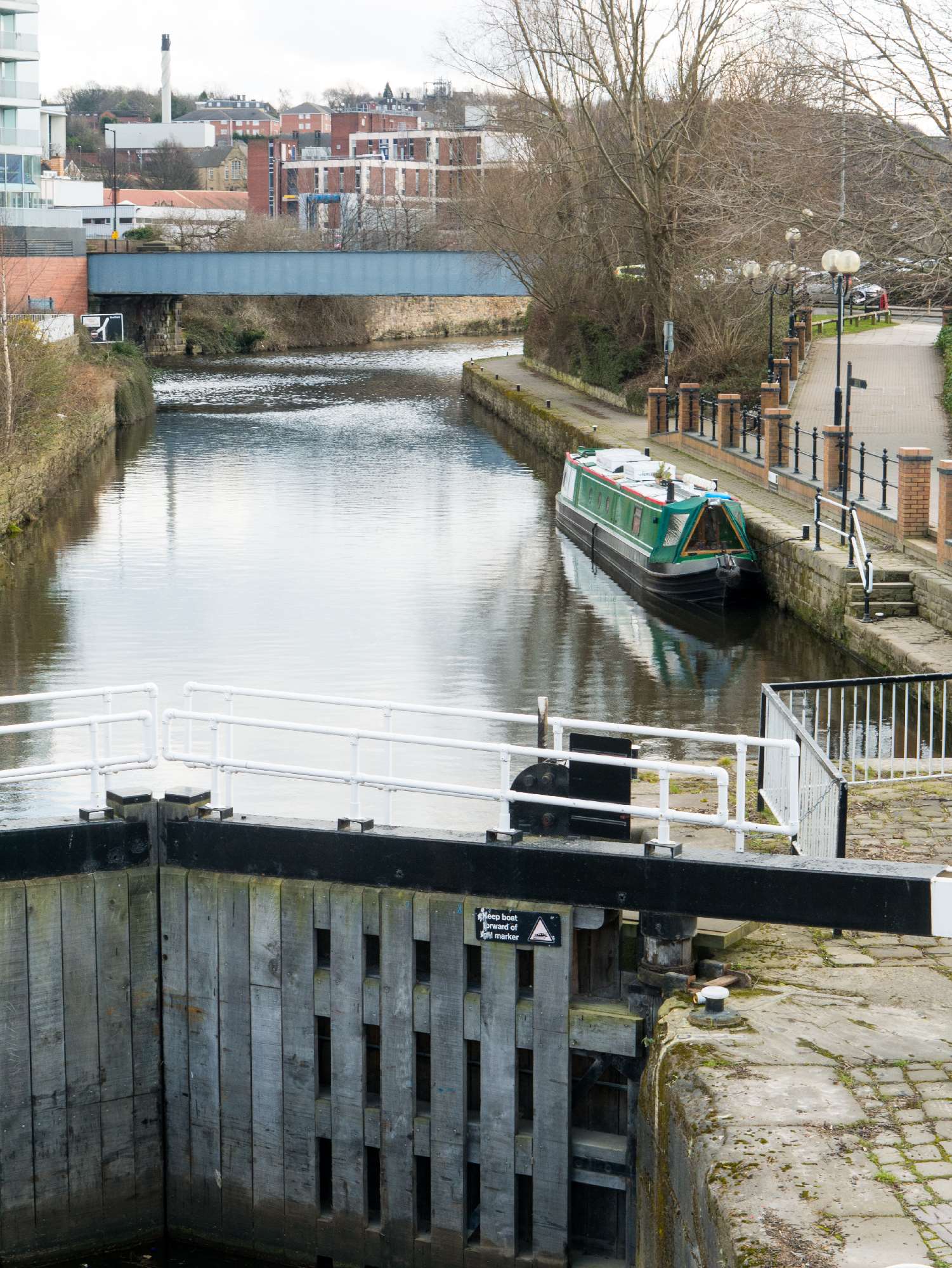 Rotherham Lock near the centre of town

We stayed just above Rotherham Lock overnight, taking advantage of the nearby Lidl to stock up on a few essentials before heading to Doncaster on Monday 26th, as I had a train booked from there to my mum’s on the Wednesday.

En route Doncaster, we spotted our first ducklings of 2018 – spring and settled weather MUST be just around the corner? Yeah right. In my dreams … 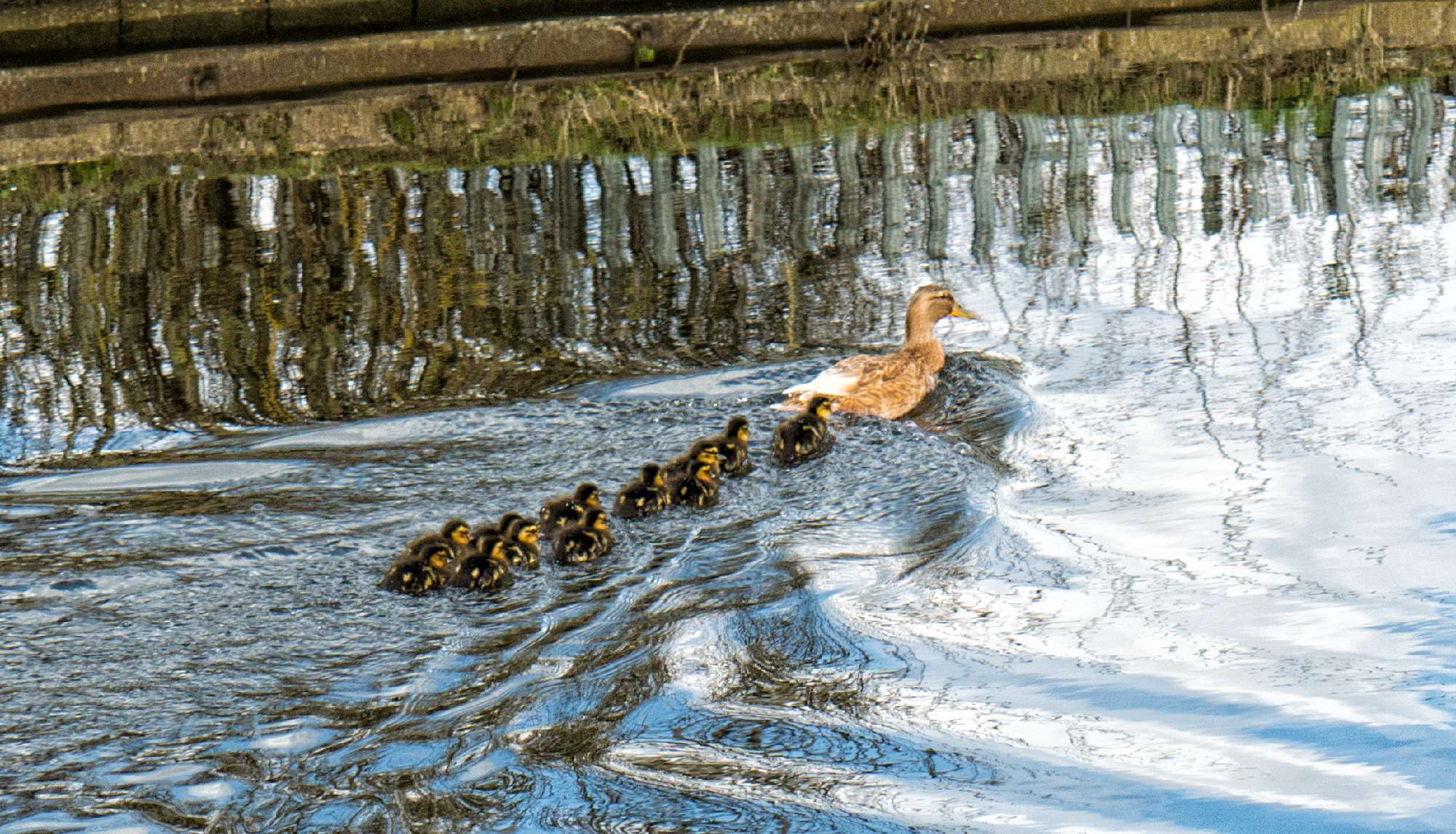 First ducklings we’ve seen so far, a brood of twelve

If you’ve been reading them you’ll have gathered Barry’s done most of the captions on this post, some of them have tickled me … 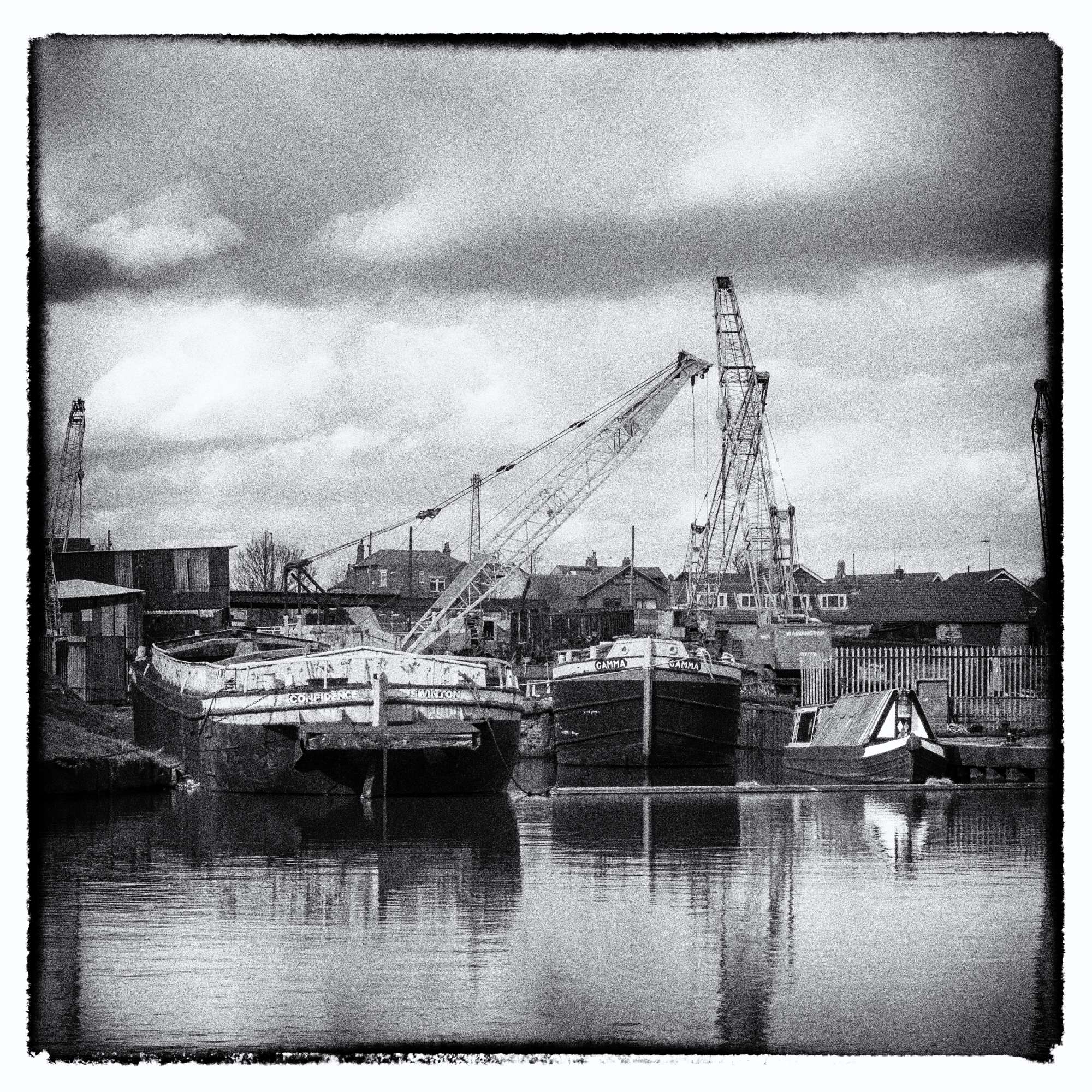 An overnight stay in Sprotborough was adorable! Rather a contrast to the industrialised and dismal-looking Rotherham and Doncaster. 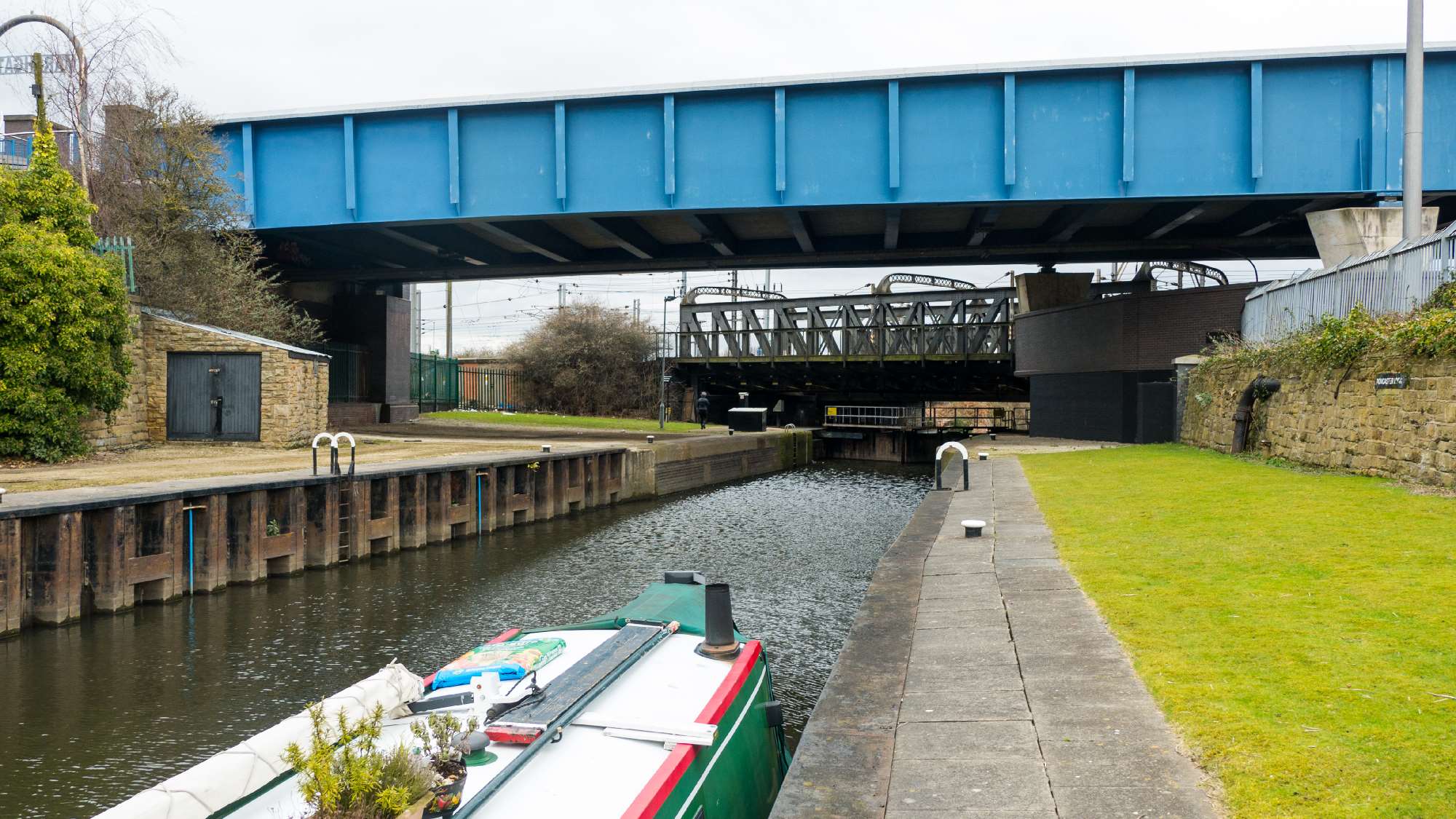 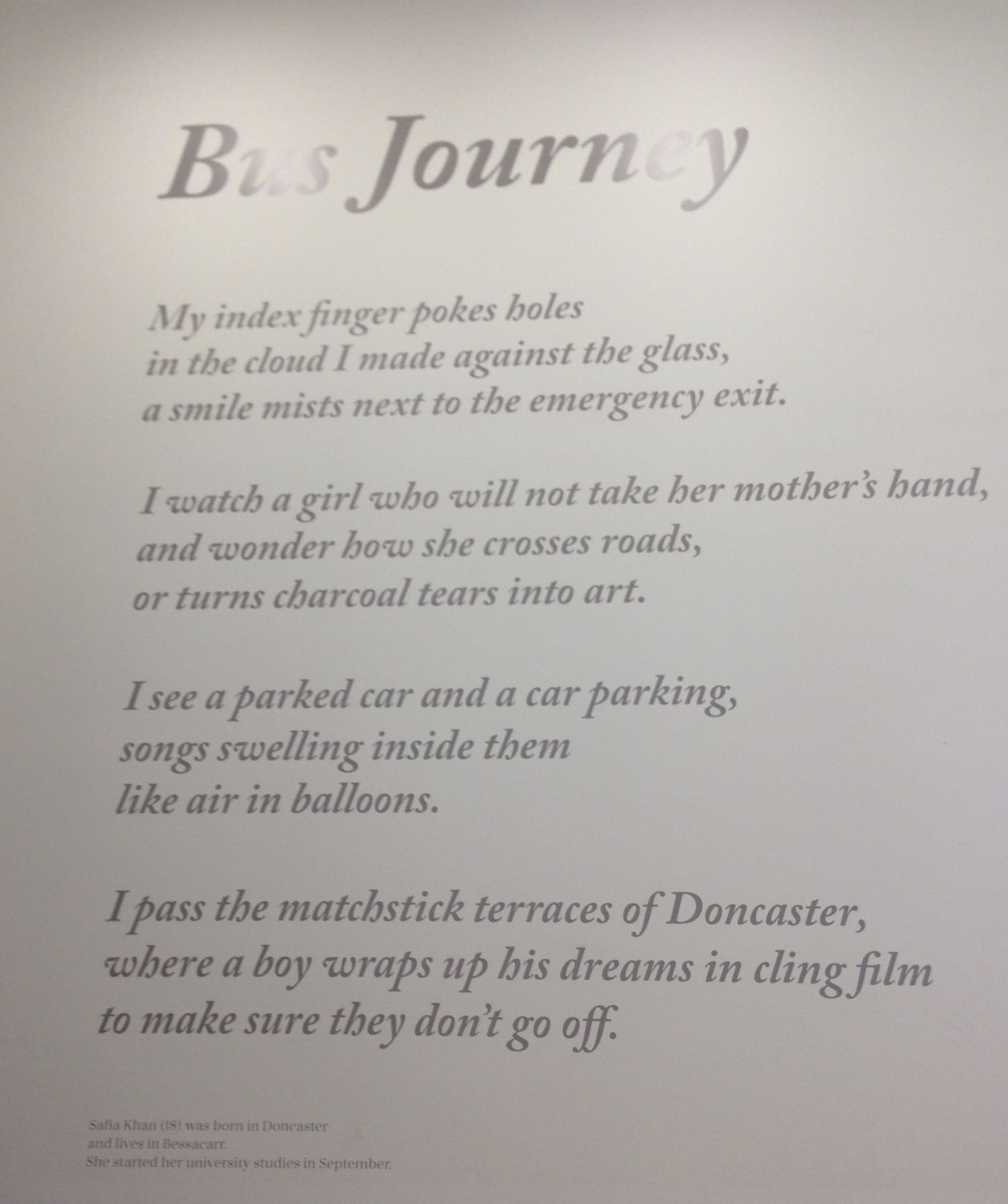 I particularly love the last verse of this one

We didn’t wander around Doncaster, though did find the railway station there rather delightful. As we walked in, I noticed the walls were covered in poetry from Doncasterians (is that a word?). Here’s a small snippet … 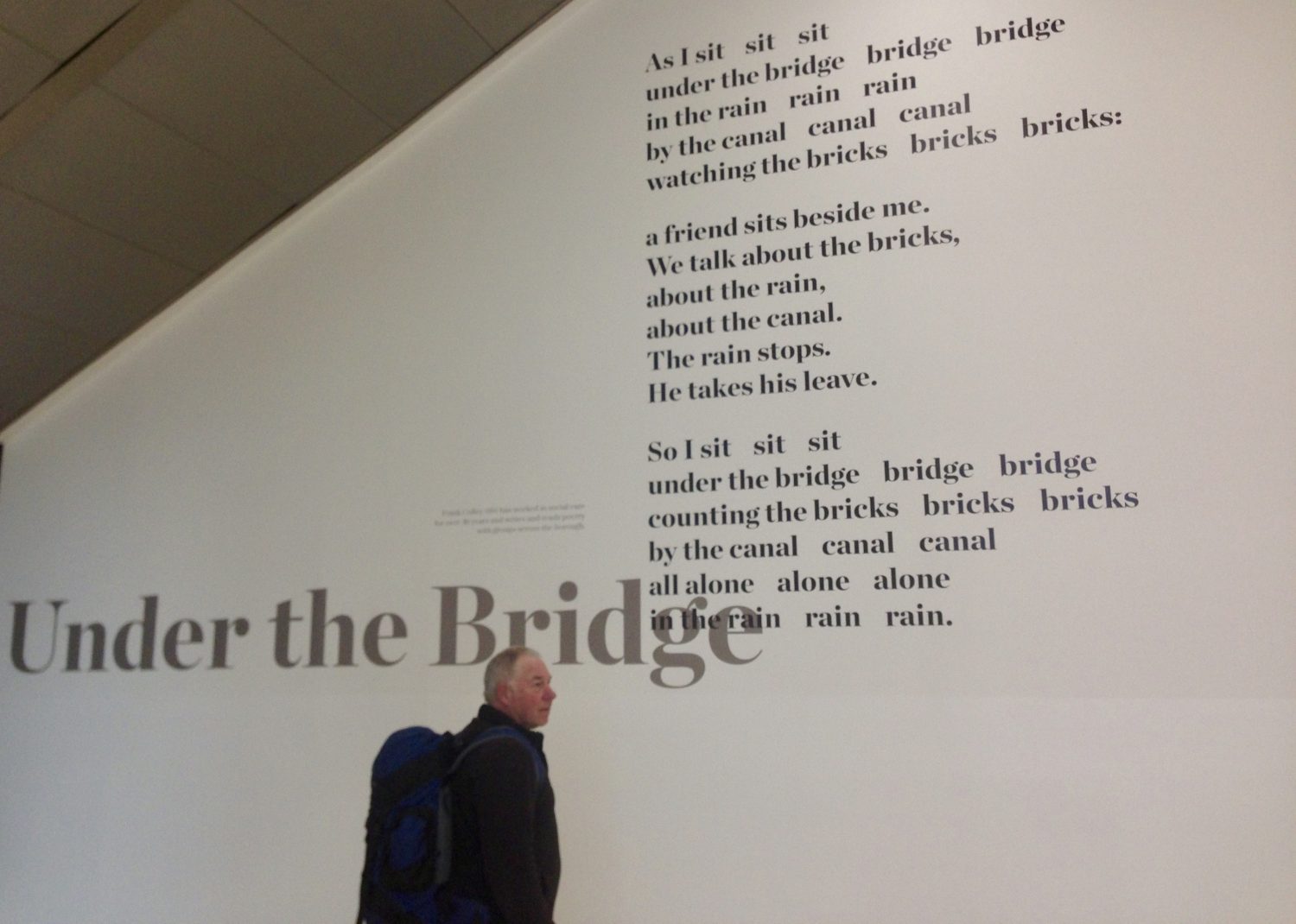 What we didn’t know, was that the evening before a tragic young couple had jumped onto the track, in front of an approaching train, and committed suicide, hugging each other. It’s surprising the station was even open the following day. How awful that at the ages of 27 and 34, you can feel that life is not worth living.

From Doncaster Barry finally managed to get to Goole. More on that to come.

2 thoughts on “Fun times travelling back from Sheffield to Doncaster”