We’re rather honoured to have been published in New Zealand and America recently.

I wrote an article for the Gisborne Herald Weekender (our fifth since September 2013), about our boatman’s holiday to Scotland last July. Of course it was complemented by six of Barry’s super photographs. The blog post is yet to be written and published, if it ever is to be honest (the story may be saved for the book!) – mainly due to a few challenges around that time, not the least of which was my headfirst tumble into the murky depths of the Union Canal on the first night of our six-day holiday way up north! 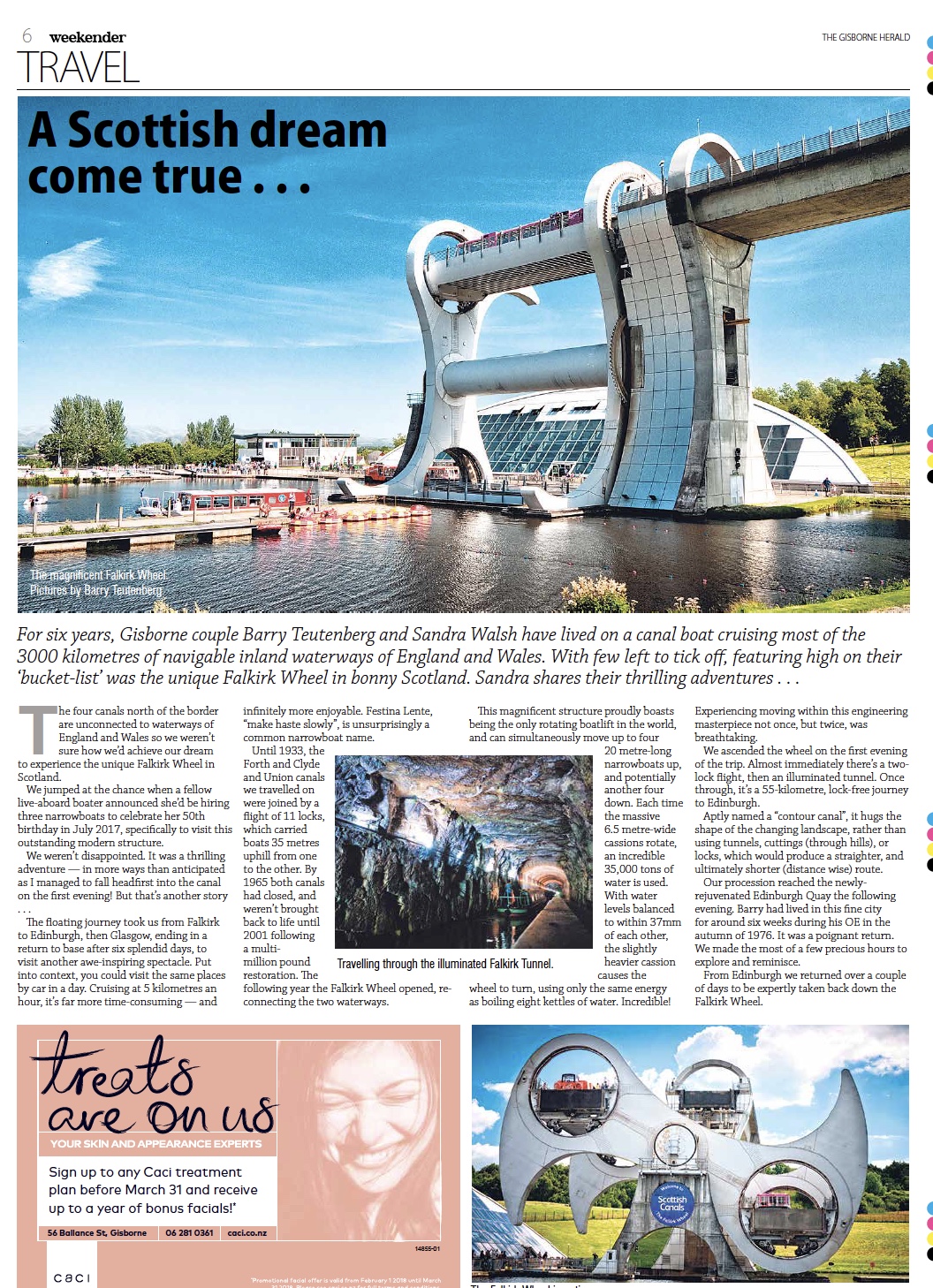 Then a couple of weeks ago we were approached by the ‘Photo Editor’ of The Wall Street Journal, asking to use one of Barry’s images in an article on  ‘narrowboats in England’. We knew nothing else about the proposed content, so it was interesting to read it yesterday. You’ll discover interesting perceptions of continuously cruising the Inland Waterways of UK, rather different to our first-hand-experience and the people we know. Though to be fair, their take on the British weather, certainly for the past few months, feels uncannily familiar …

However, like anything in life, it’s all a matter of perspective. Barry’s photo looks amazing, no doubt about that.

Unfortunately, though I’d love to share the article with you all, it doesn’t appear to be possible. We have been sent a pdf but it clearly states  ‘This copy is for your personal, non-commercial use only.‘ I’m making an intelligent guess that posting a link to it on a public blog isn’t ‘… personal use only’?!

On the other hand, if you’re by any remote chance a WSJ subscriber, go to this link and see the full article (I think it may allow you to read it once?), as well as some rather interesting comments on Americans take of living on a narrowboat in England!

Here’s the splendid photograph they chose: 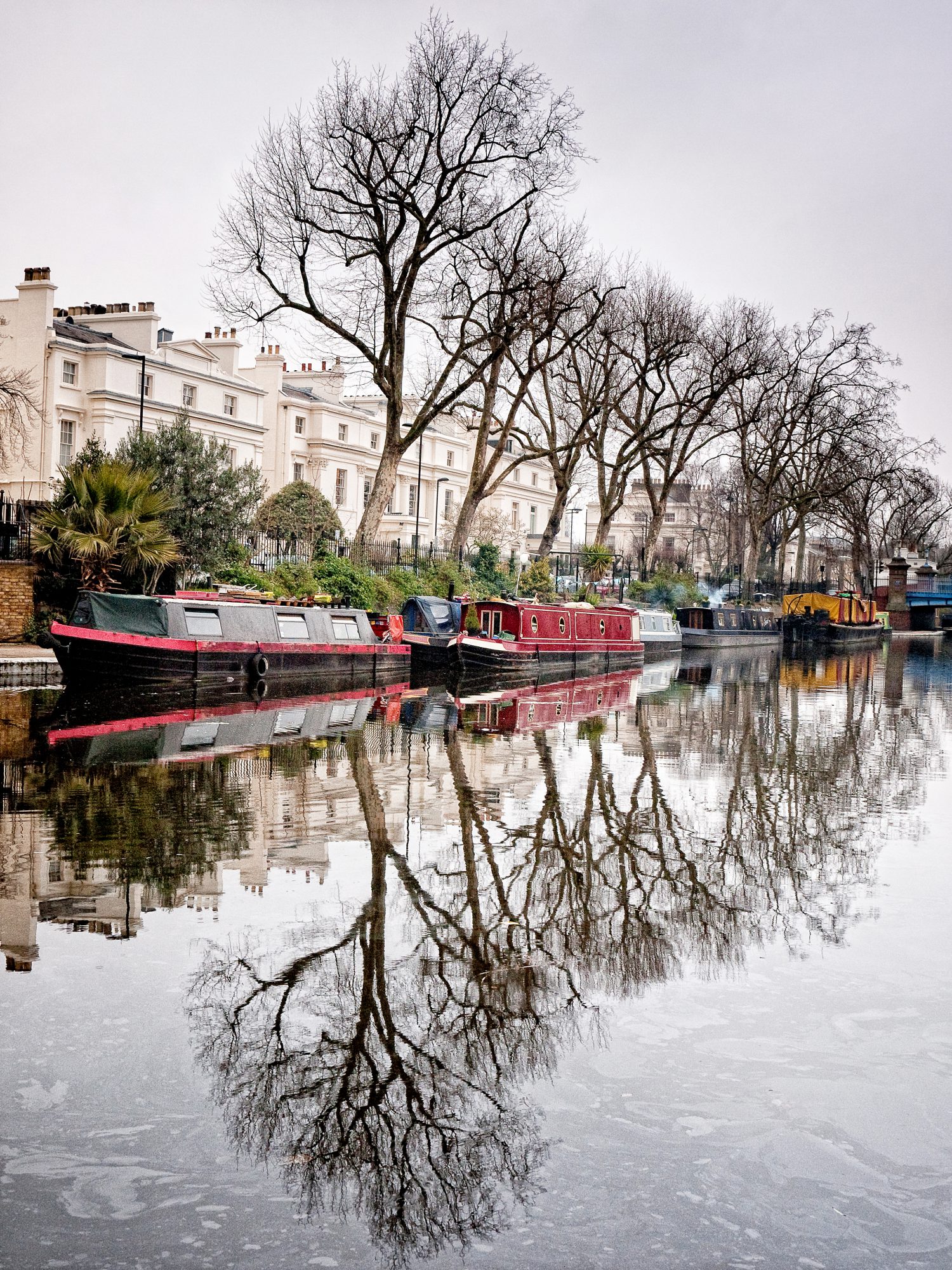 Reflections on the canal at Little Venice, London, March 2013

Where shall we appear in print next I wonder? Actually I do know. Keeping under wraps for now though …