Over a week ago, our friend Fred collected us from Eastwood Lock, close to Rotherham, and drove us into Sheffield to watch Ireland thrash England in the Six Nations – a splendid day to do so of course being St Patrick’s Day. It had begun snowing again the night before, and we’d walked through a blizzard from the boat, across the lock, and down the lane with our heads to the ground to stop the icicles blowing into our eyes! By the time we left the pub late in the afternoon, and drove to their house on the road out to Snake Pass, the snow was beginning to tenaciously stick to the ground.

The following day the scene was rather spectacular  … 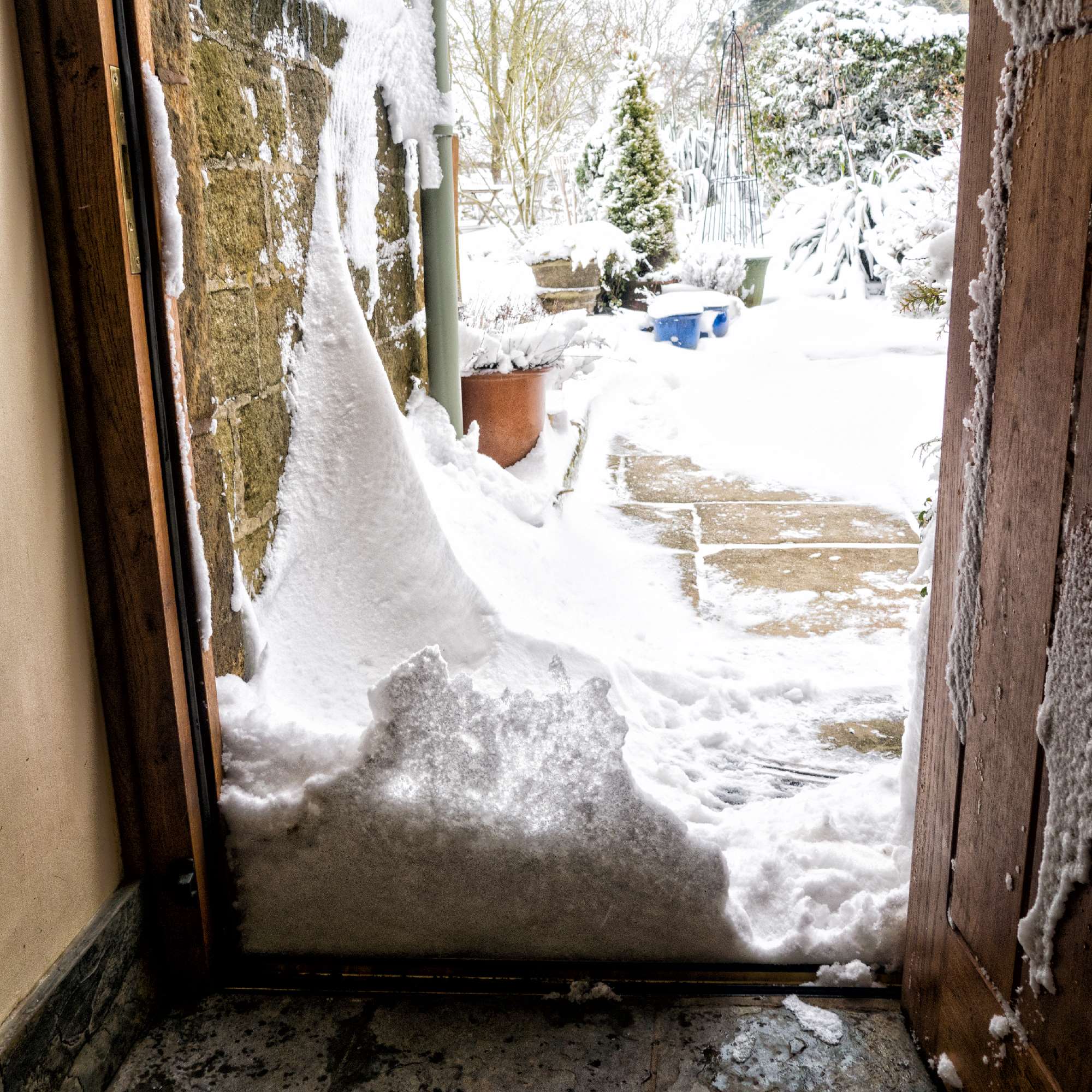 Bit of a snowdrift at the back door! 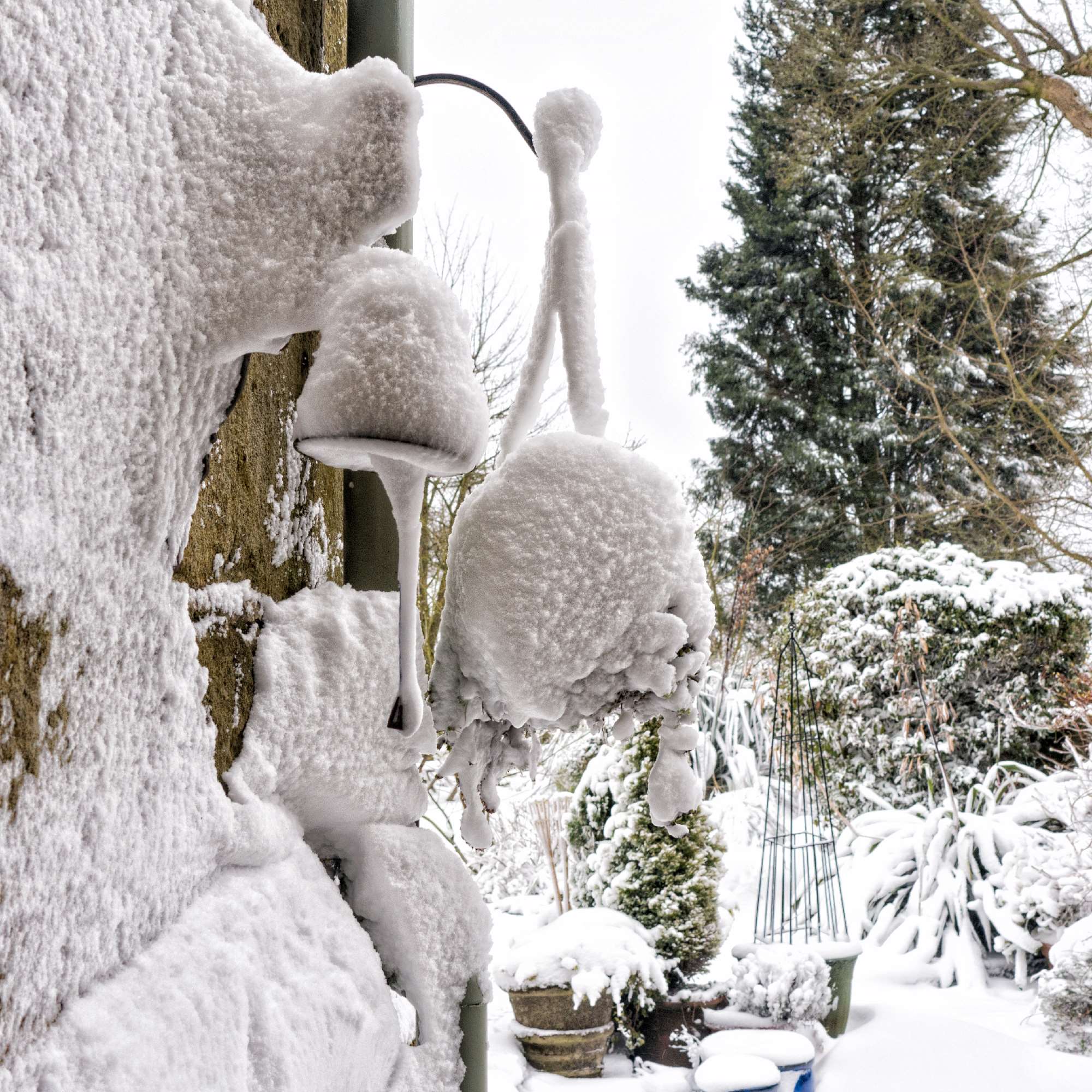 No-one will be ringing this bell today 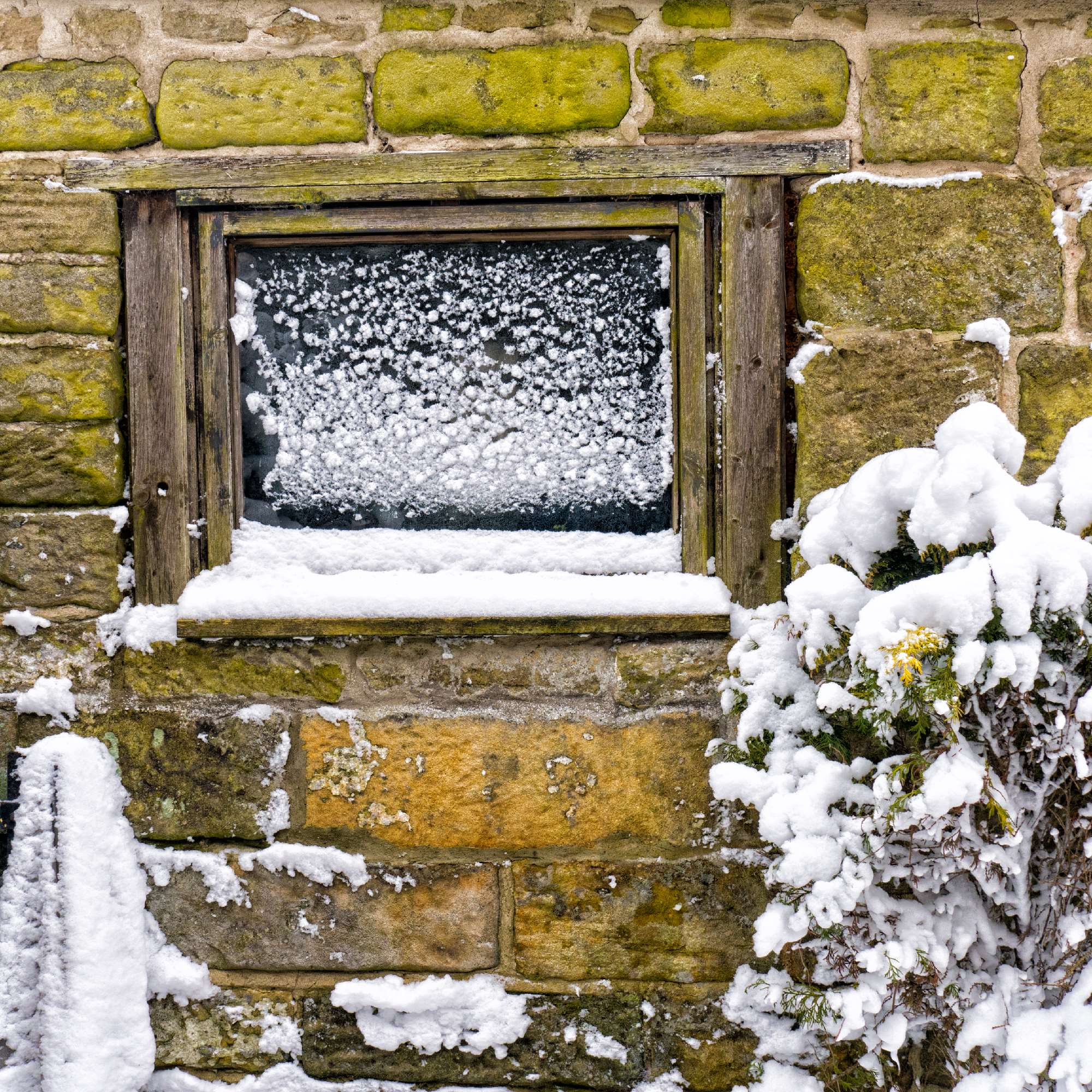 It was only because Fred and Sara are prepared for such atrocious weather, and had predicted the long steep drive to their house would soon be impassable, that we were able to return to the boat on Sunday 18th March. We’d booked our journey up the Tinsley Lock Flight for 0930hrs on Tuesday, so needed to move Areandare further towards there in preparation. 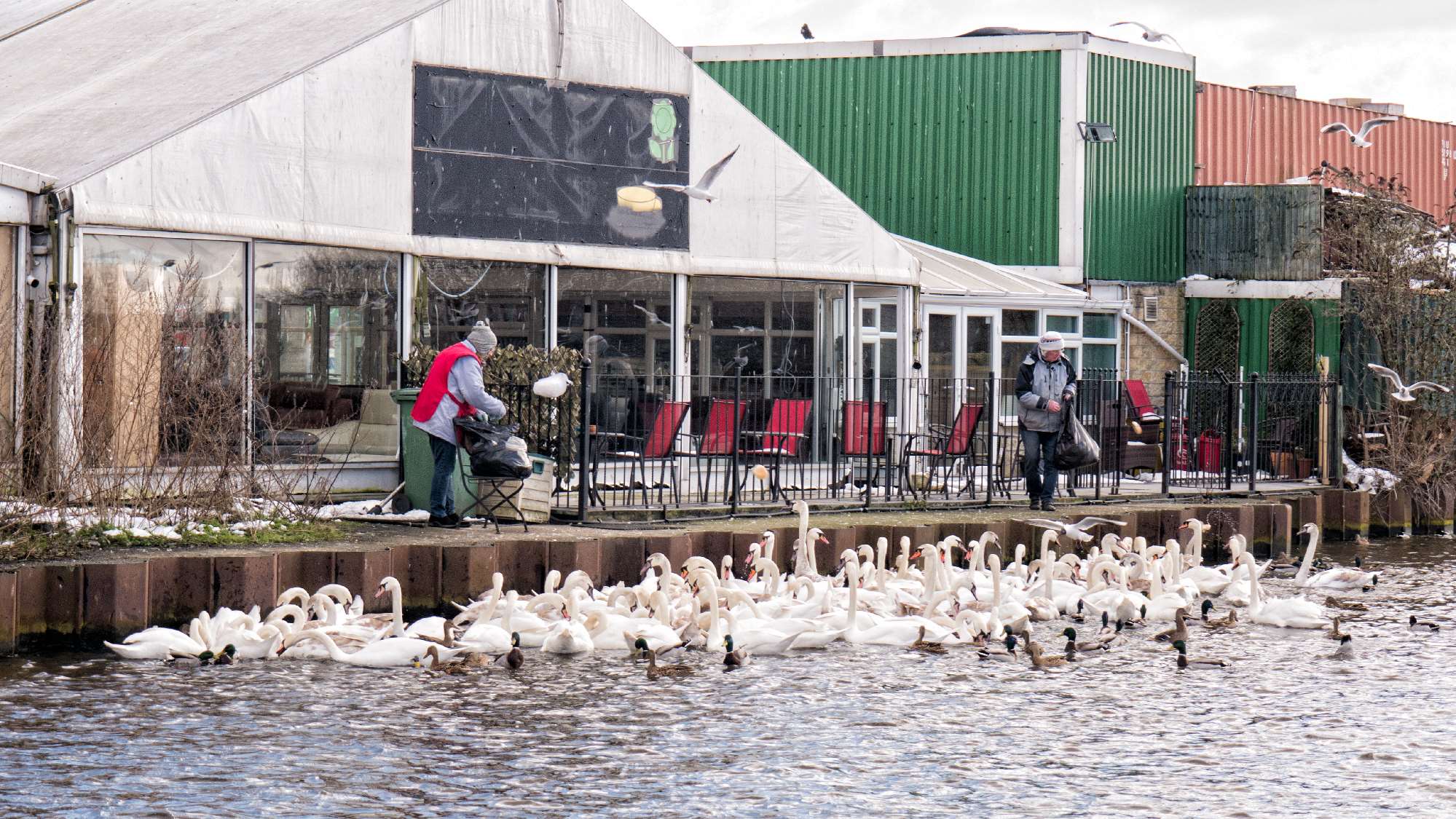 Along the route through Rotherham, Barry spotted this couple throwing two big black bags of bread to the swans – not the best, but then most people think feeding ducks, geese and swans bread is ok. We’ve done it too. We just don’t do it anymore. Feeding them bread is BAD … 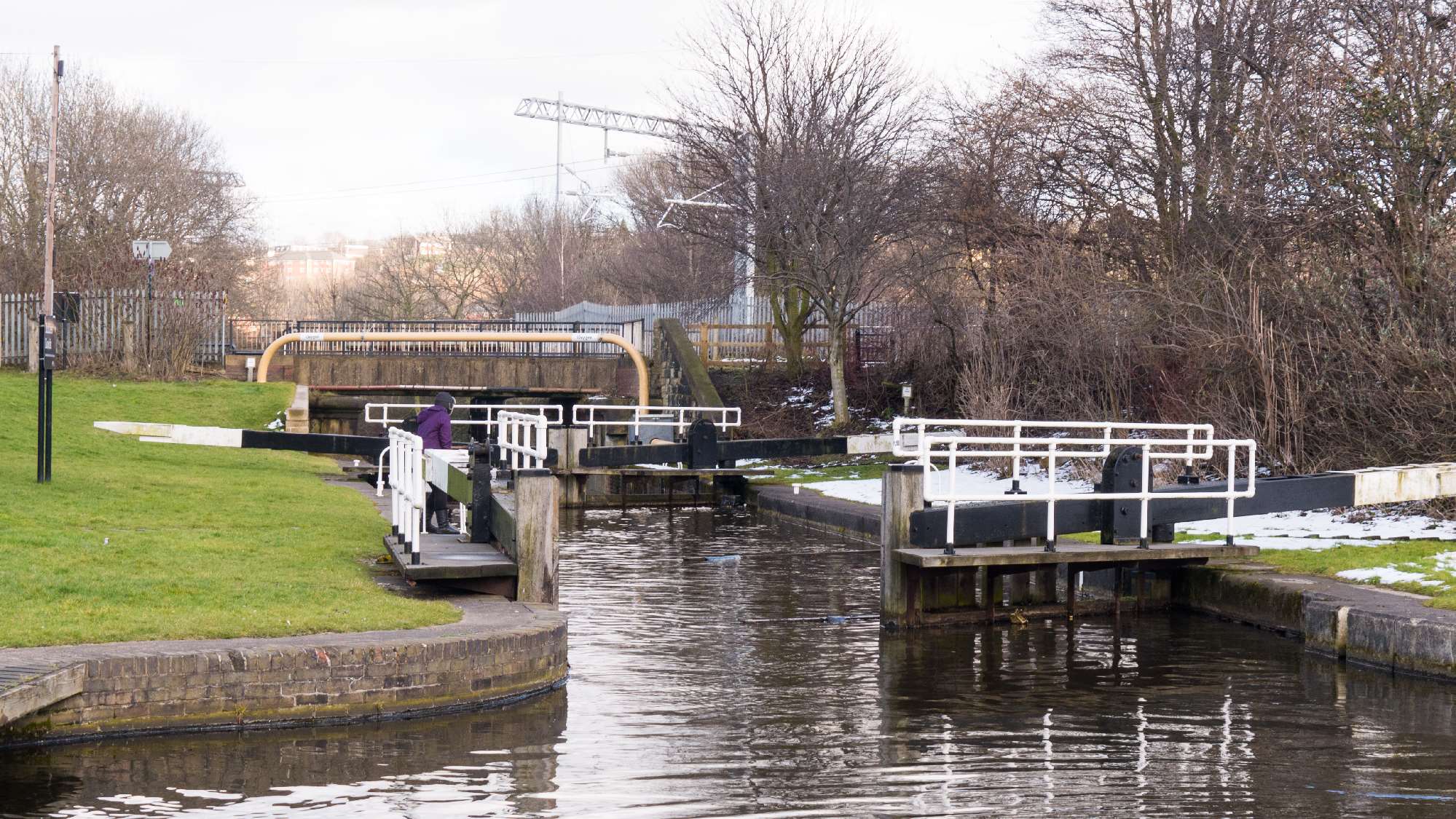 Ickles Lock – the yellow pipe in the background carries, or used to carry, oxygen 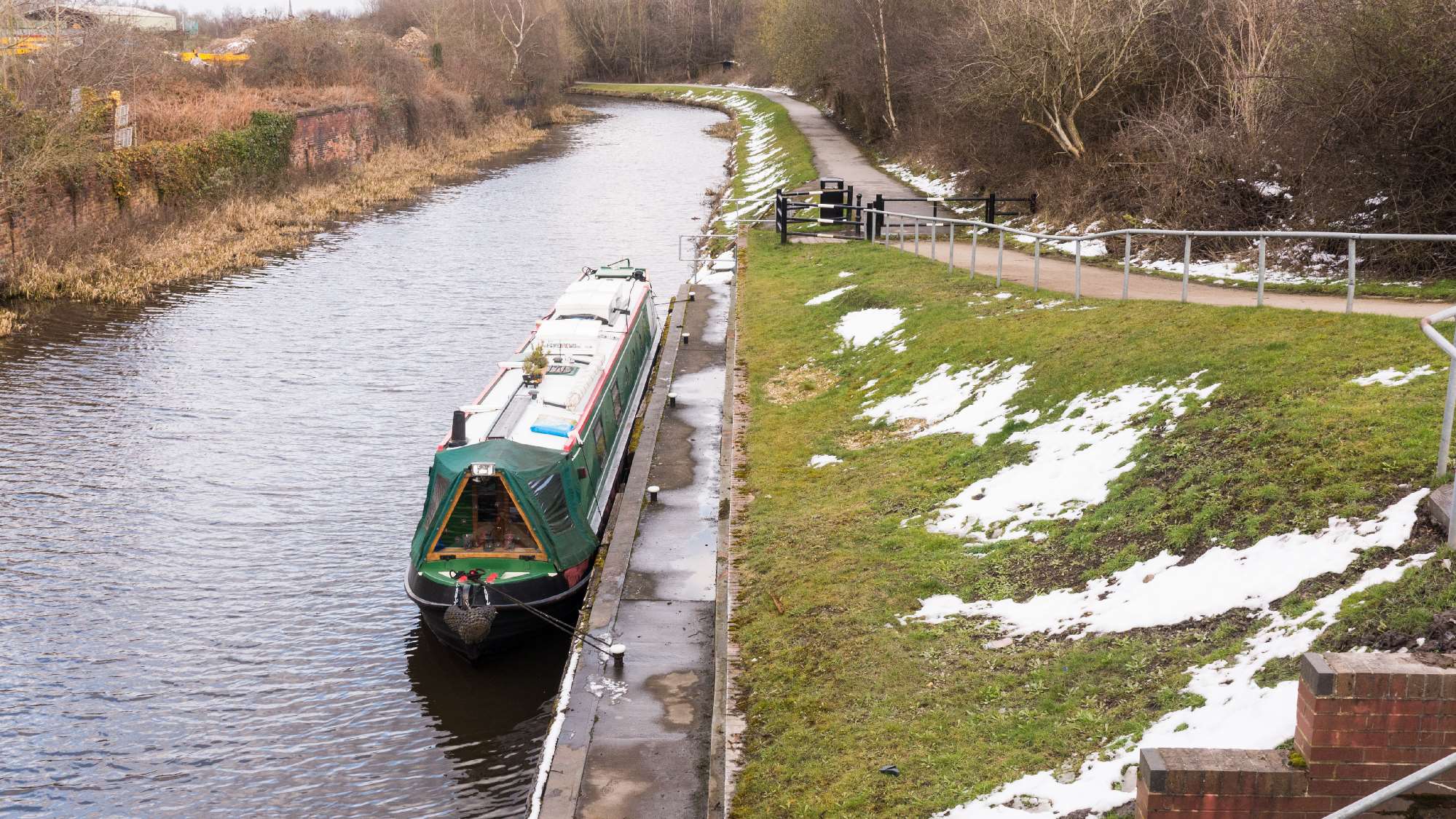 Our overnight mooring prior to heading to the Tinsley Lock Flight – no other boats around so we stayed on the lock landing. Still snow on the ground 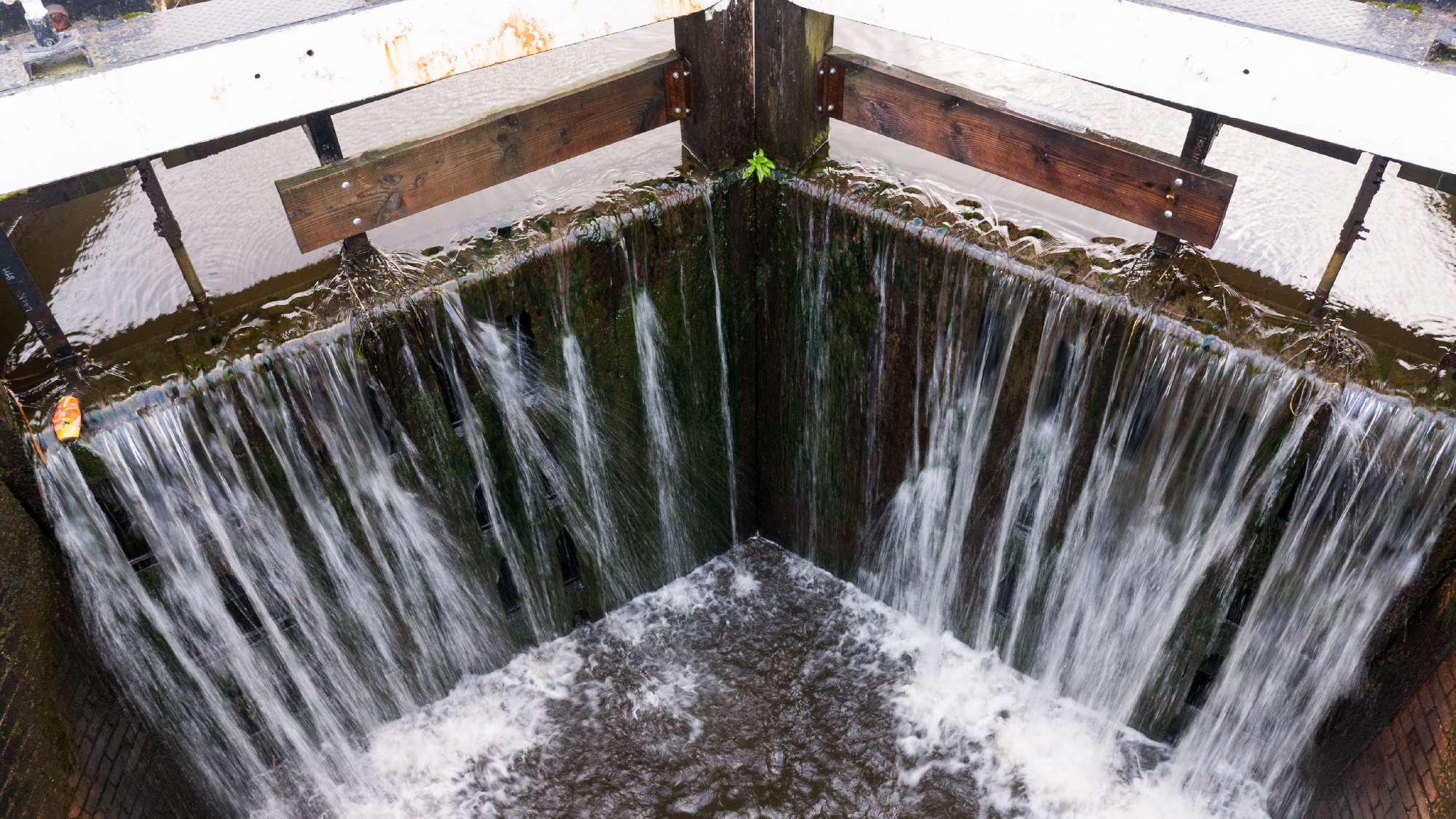 Water cascaded over the lock gates throughout the night – not the quietest of mooring spots, but as the saying goes, beggars can’t be choosers! 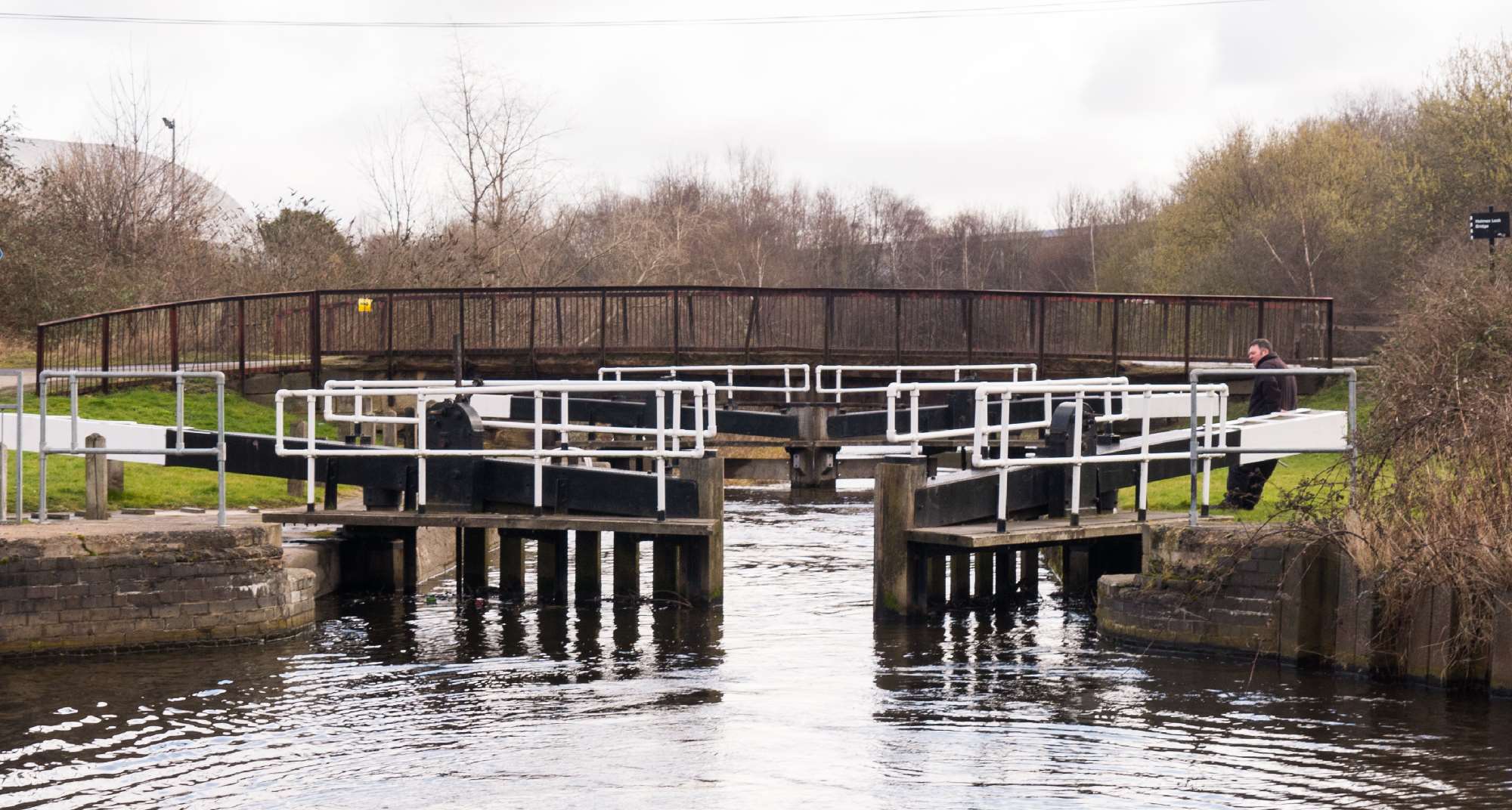 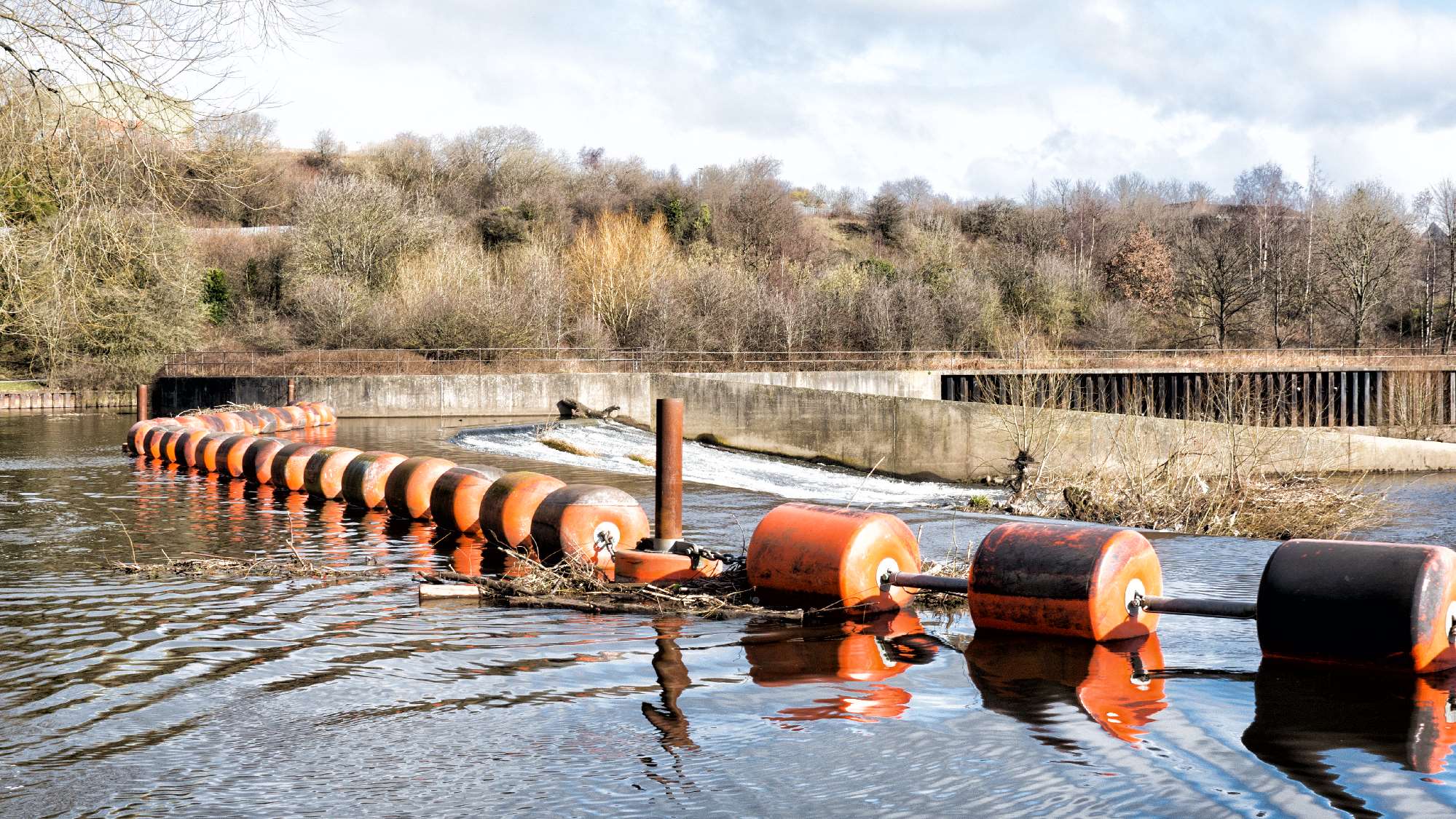 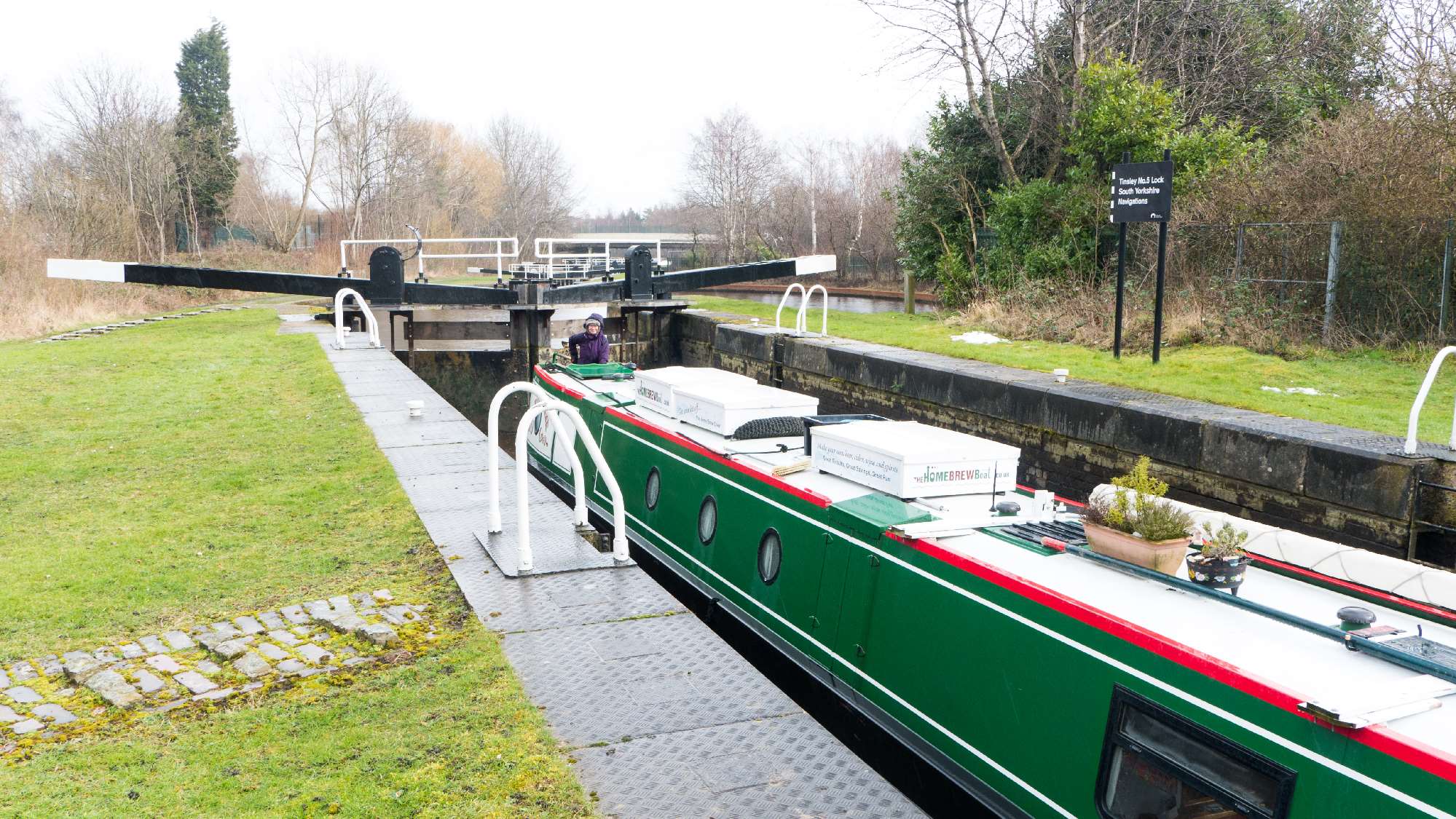 Now on the Tinsley Lock Flight (lock number 5), and Derek’s taking us up the flight. He’s been doing the locks for over 40 years! That’s some incredible commitment to the job … 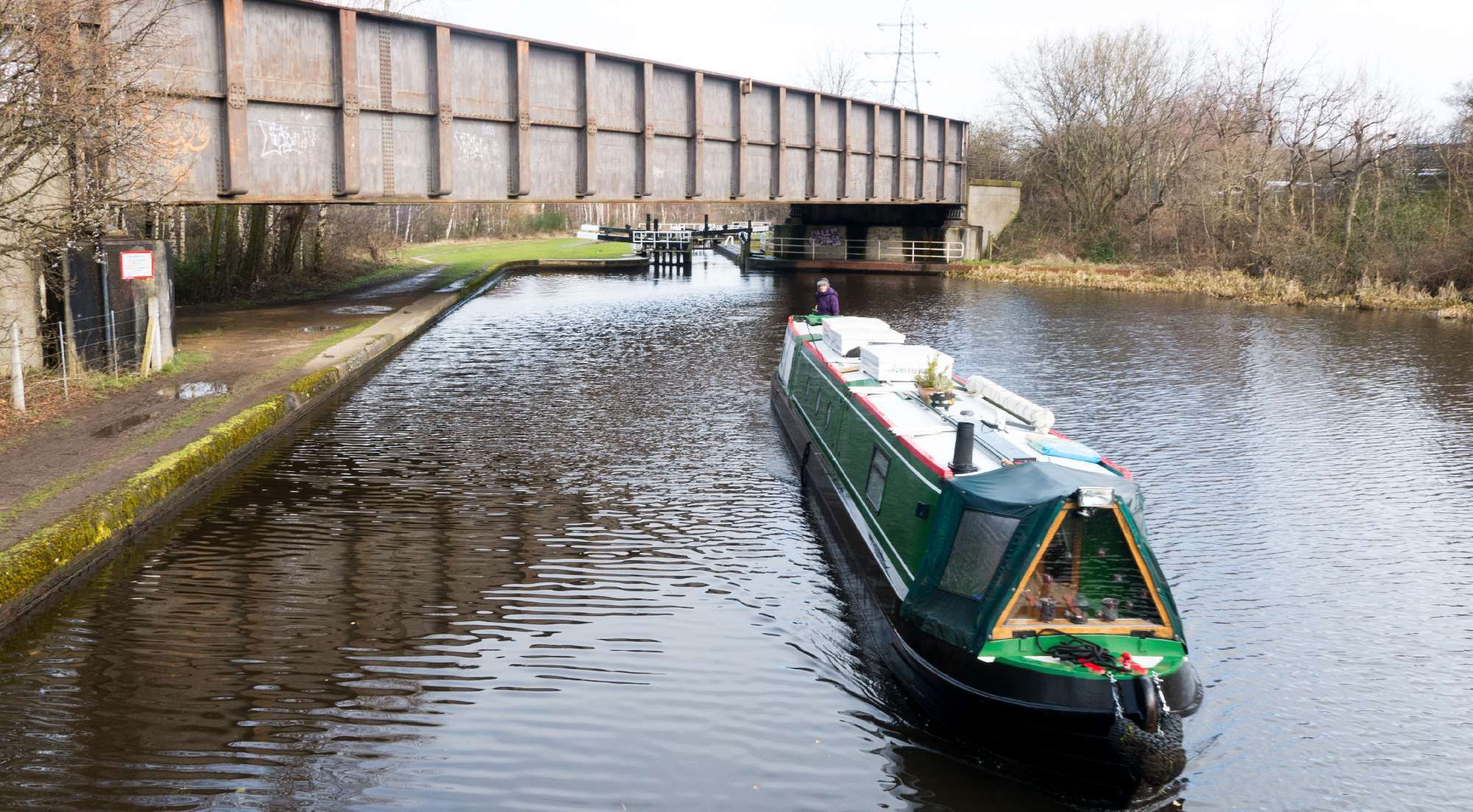 Sandra drives Areandare for a change, under the railway bridge heading to lock number 3. 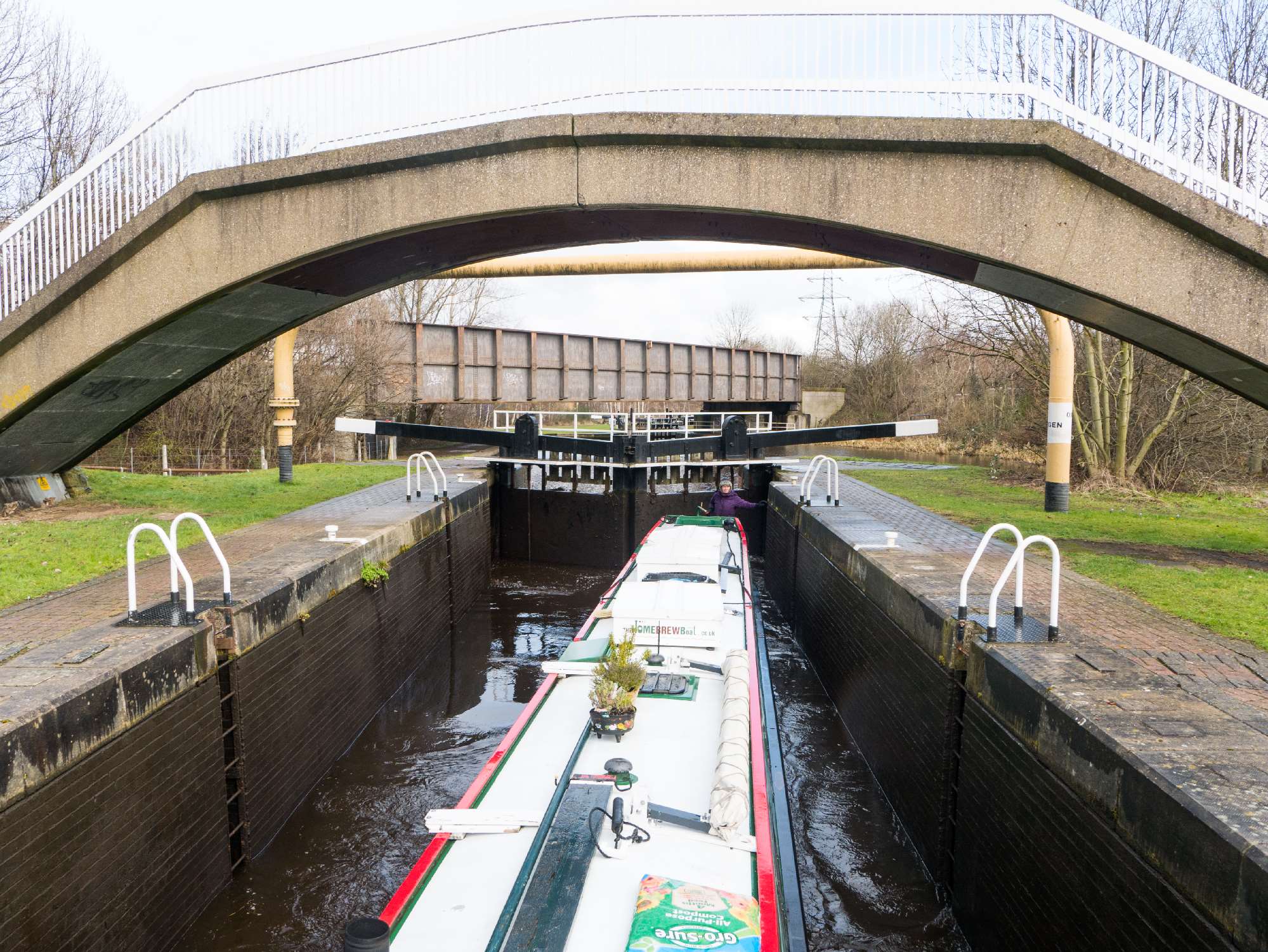 Lock number 3 – bridges, pipes, gates, boats, water! The yellow pipe carries oxygen once again – it’s noticeable around here a lot, not seen it before. Oxygen was piped directly to the steel foundries, and used in the production process of Stainless Steel – one of the main industries Sheffield is renowned for 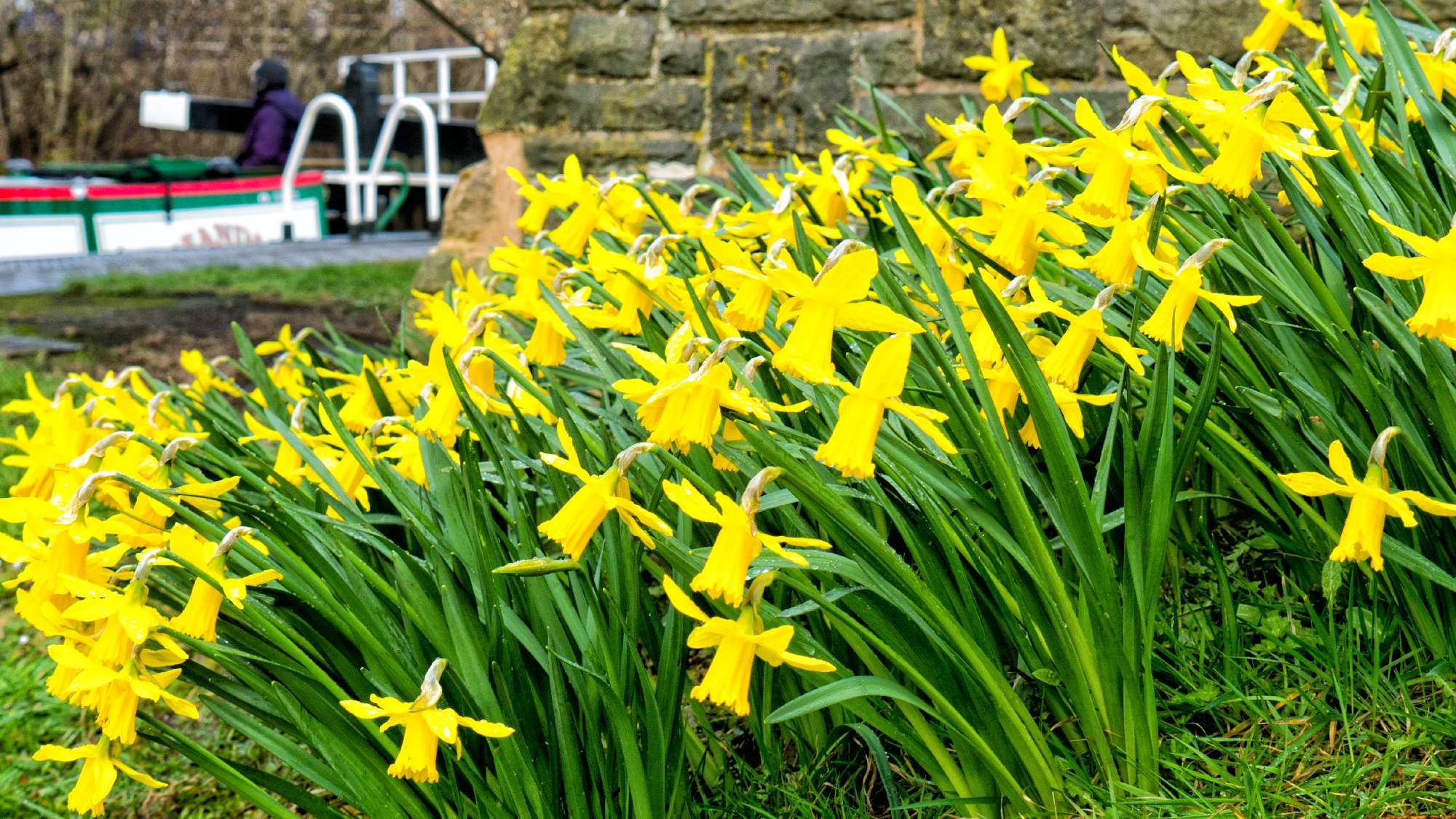 A host of golden daffodils – looking spring-like, which belies the continuing low temperature 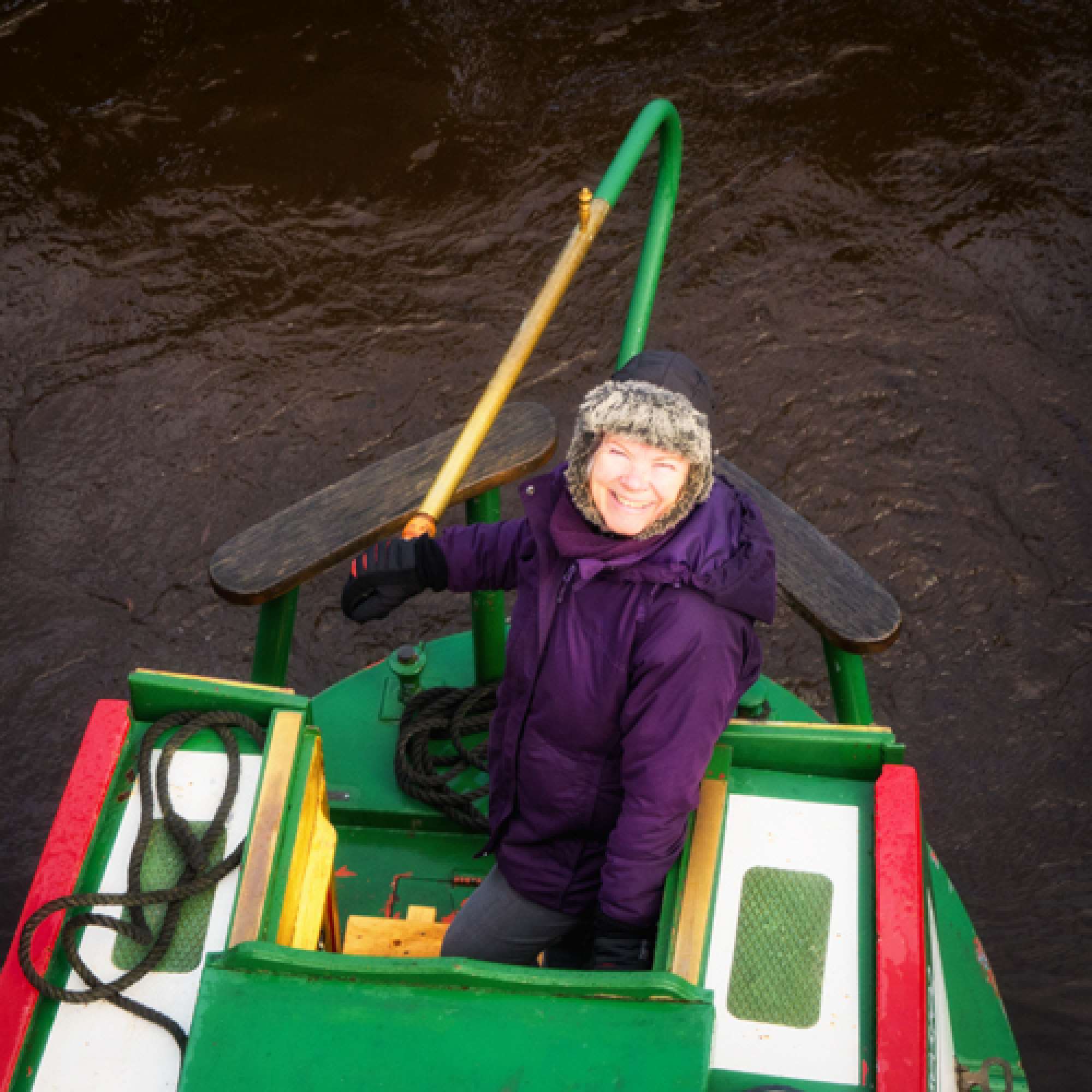 Sandra looking cold, cheerful and competent motionless in the lock 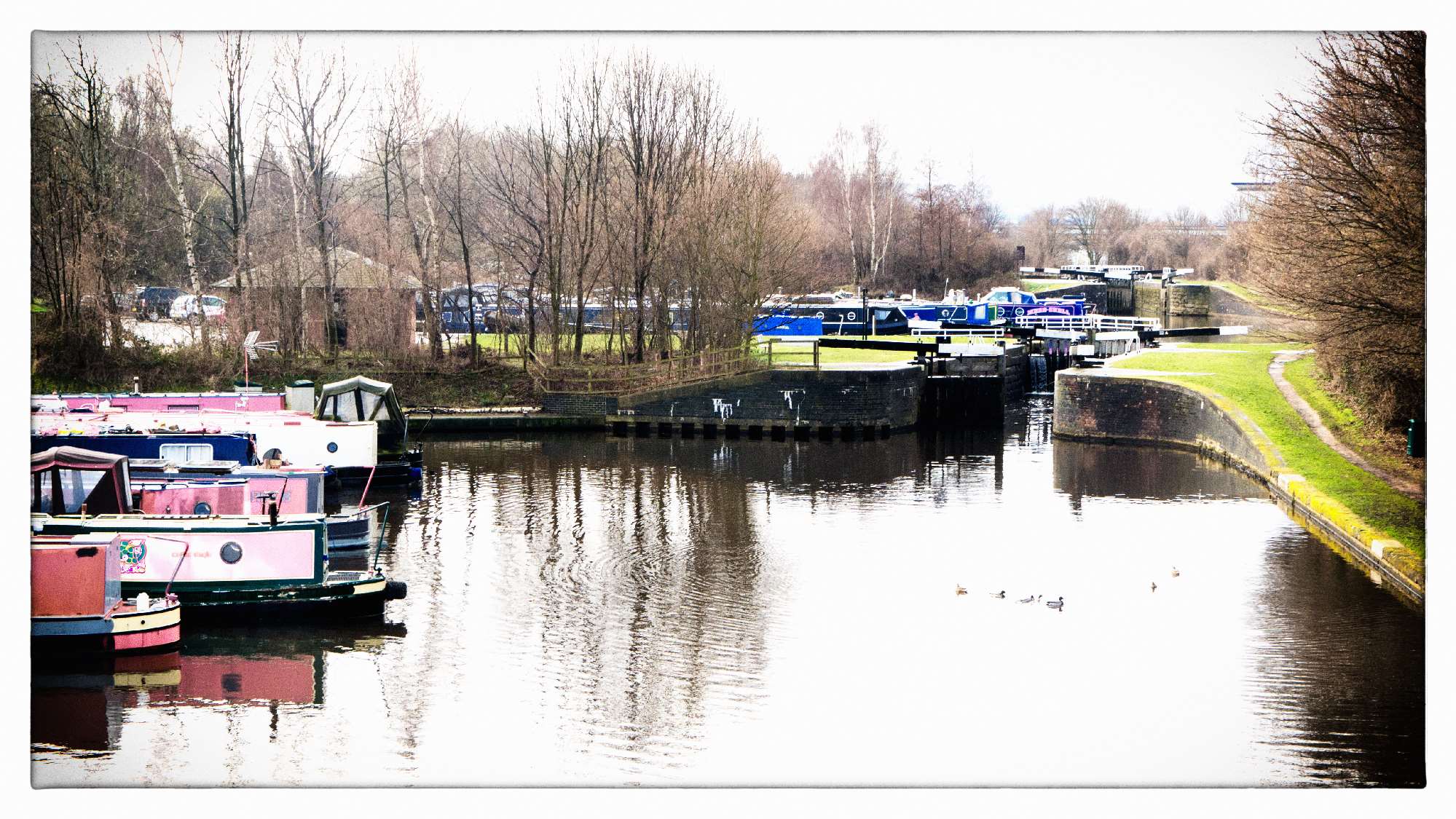 Looking towards the small marina below and above Tinsley Lock 2 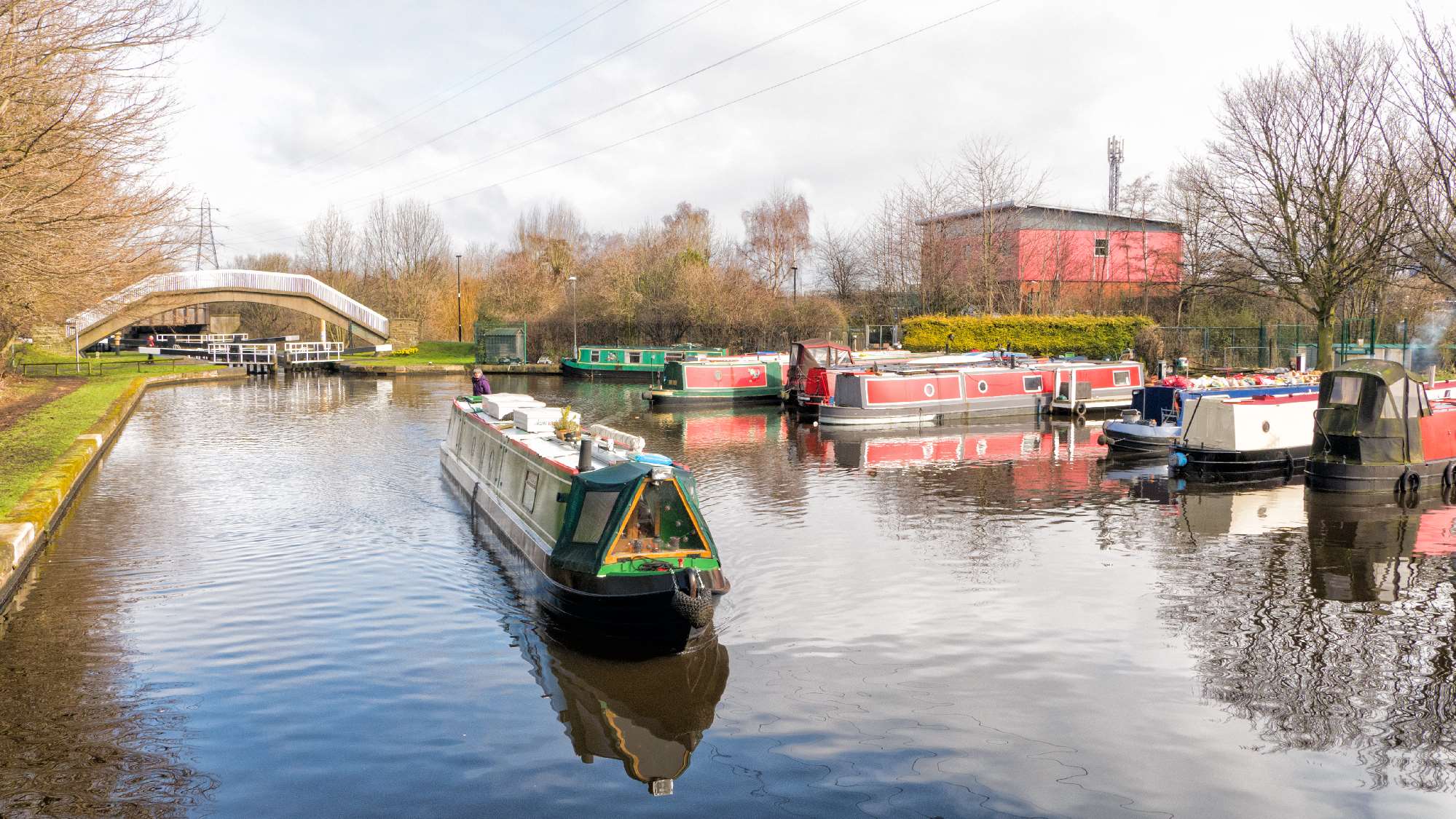 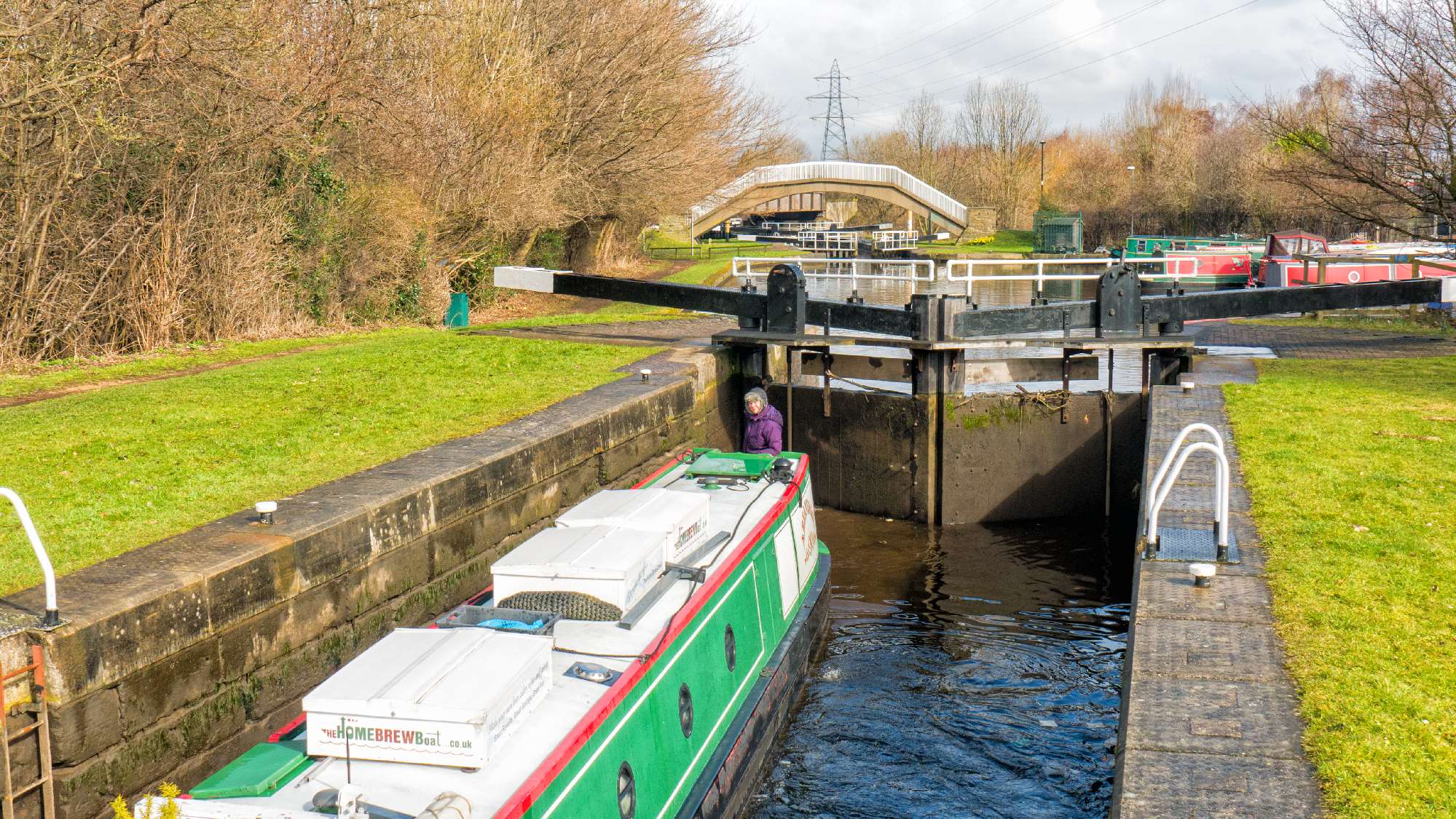 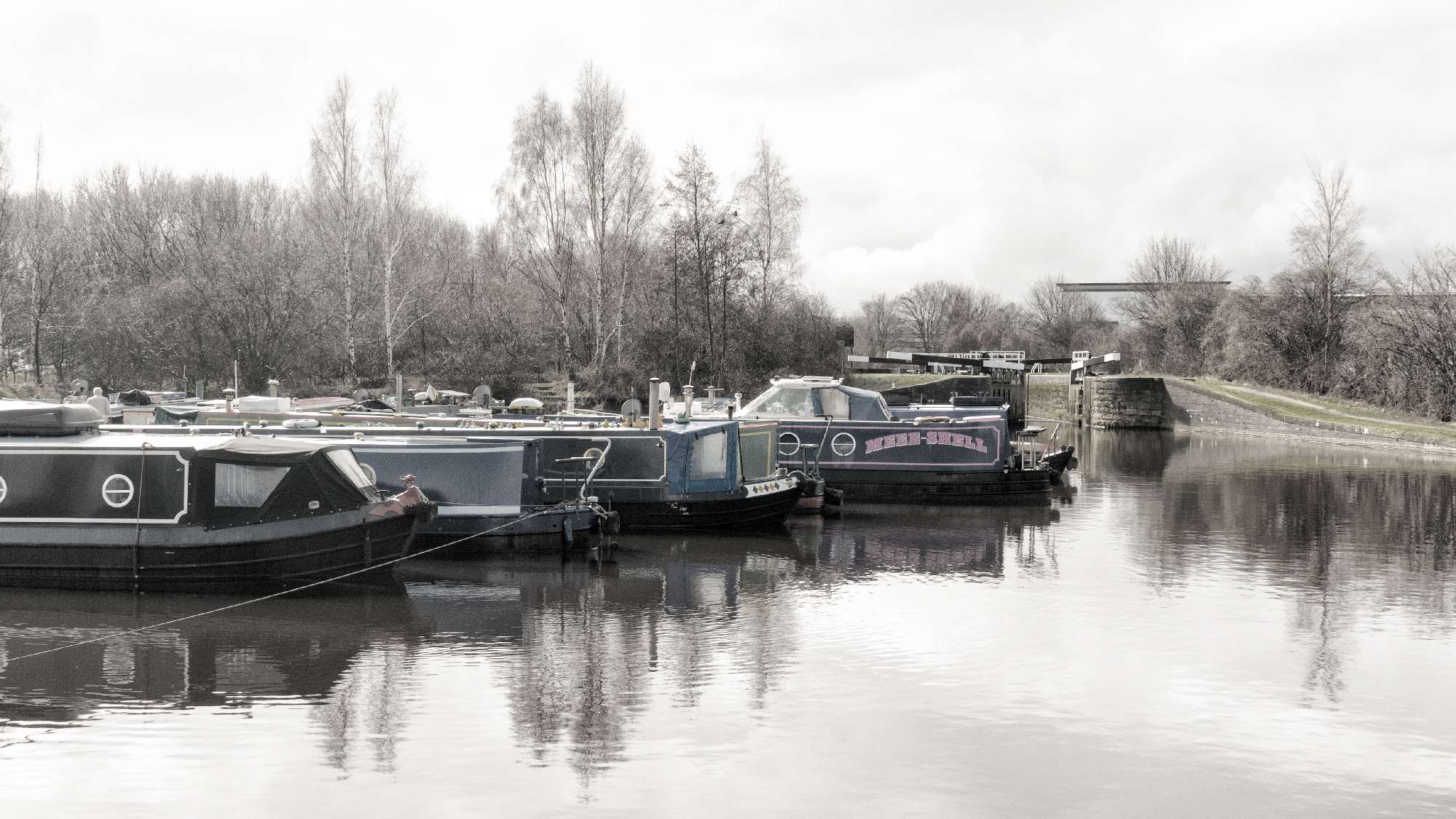 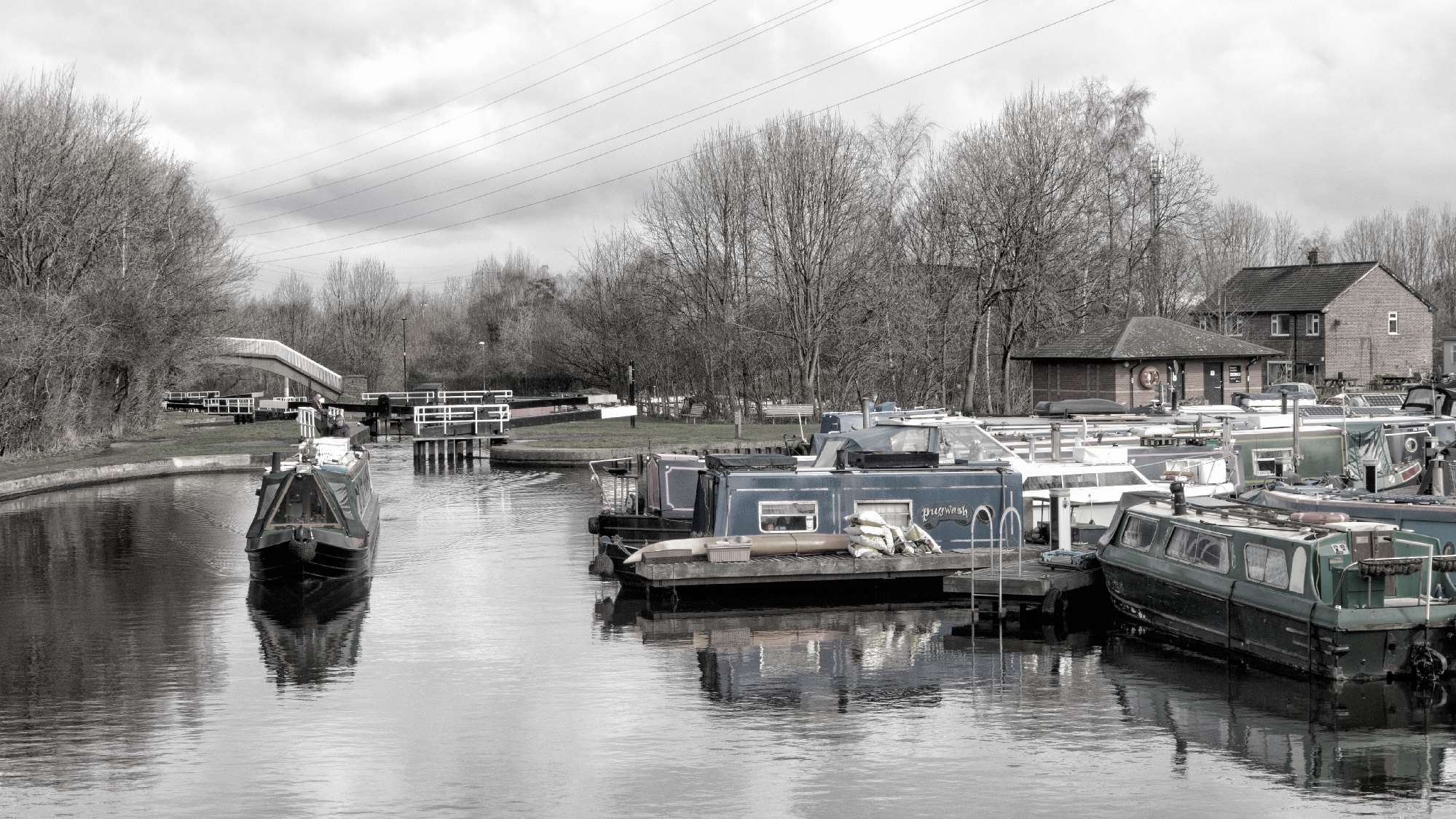 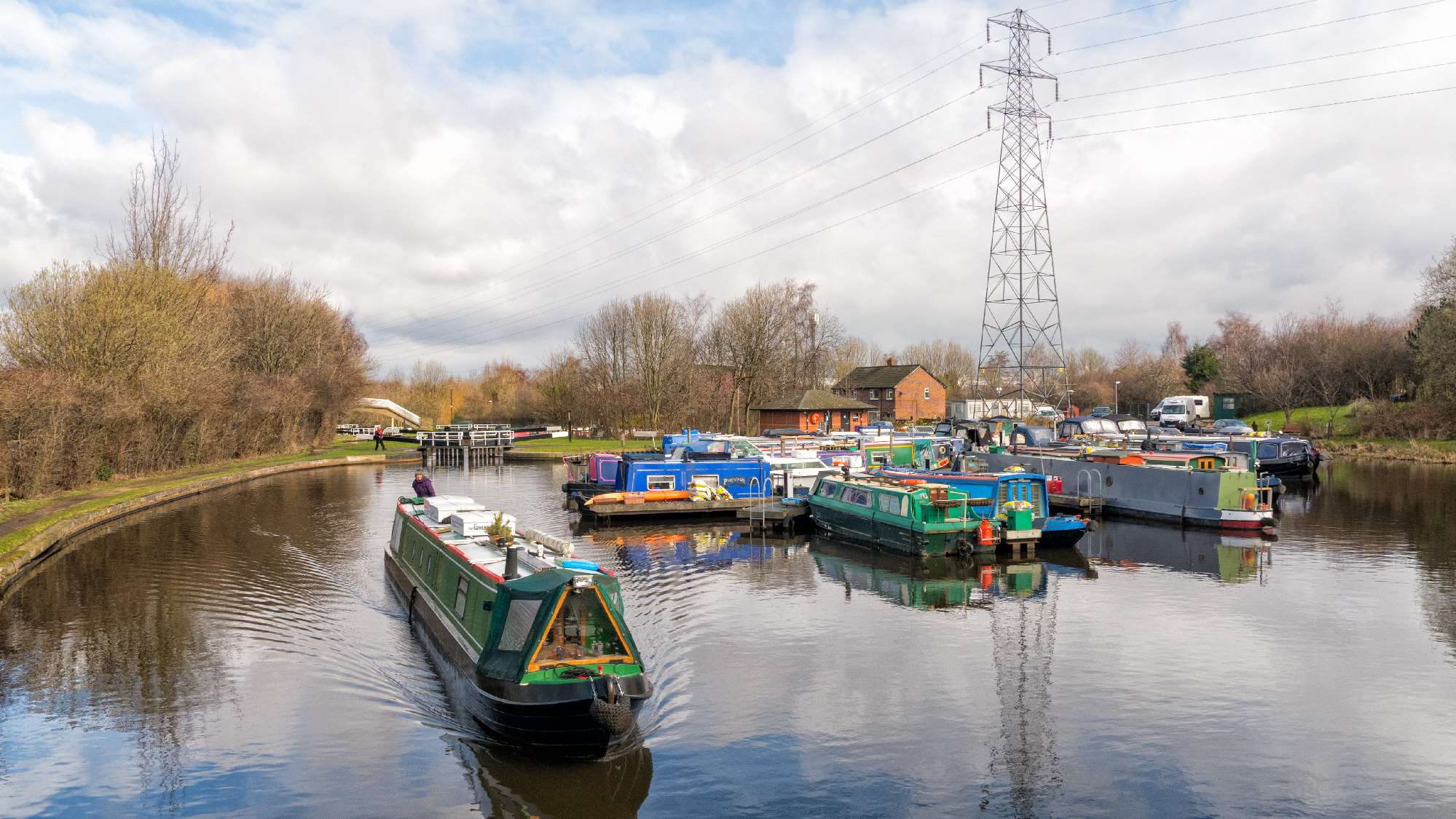 Finally we make it to Sheffield!

It’s almost a week ago now, but last Tuesday 20th March, we finally made it to Victoria Quays in Sheffield. We’d walked around here in 2014 when we visited Fred and Sarah by car, but never by boat. 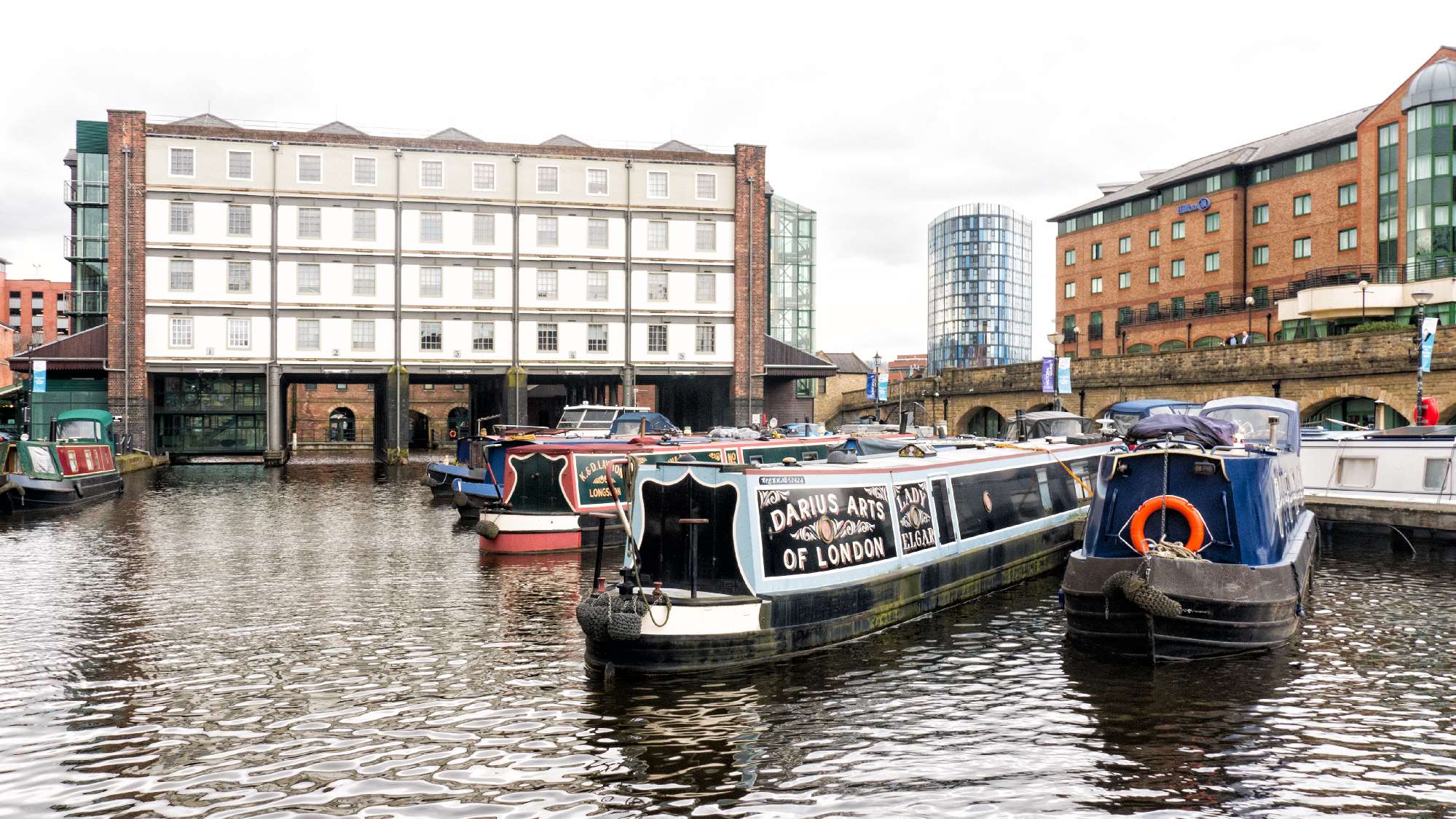 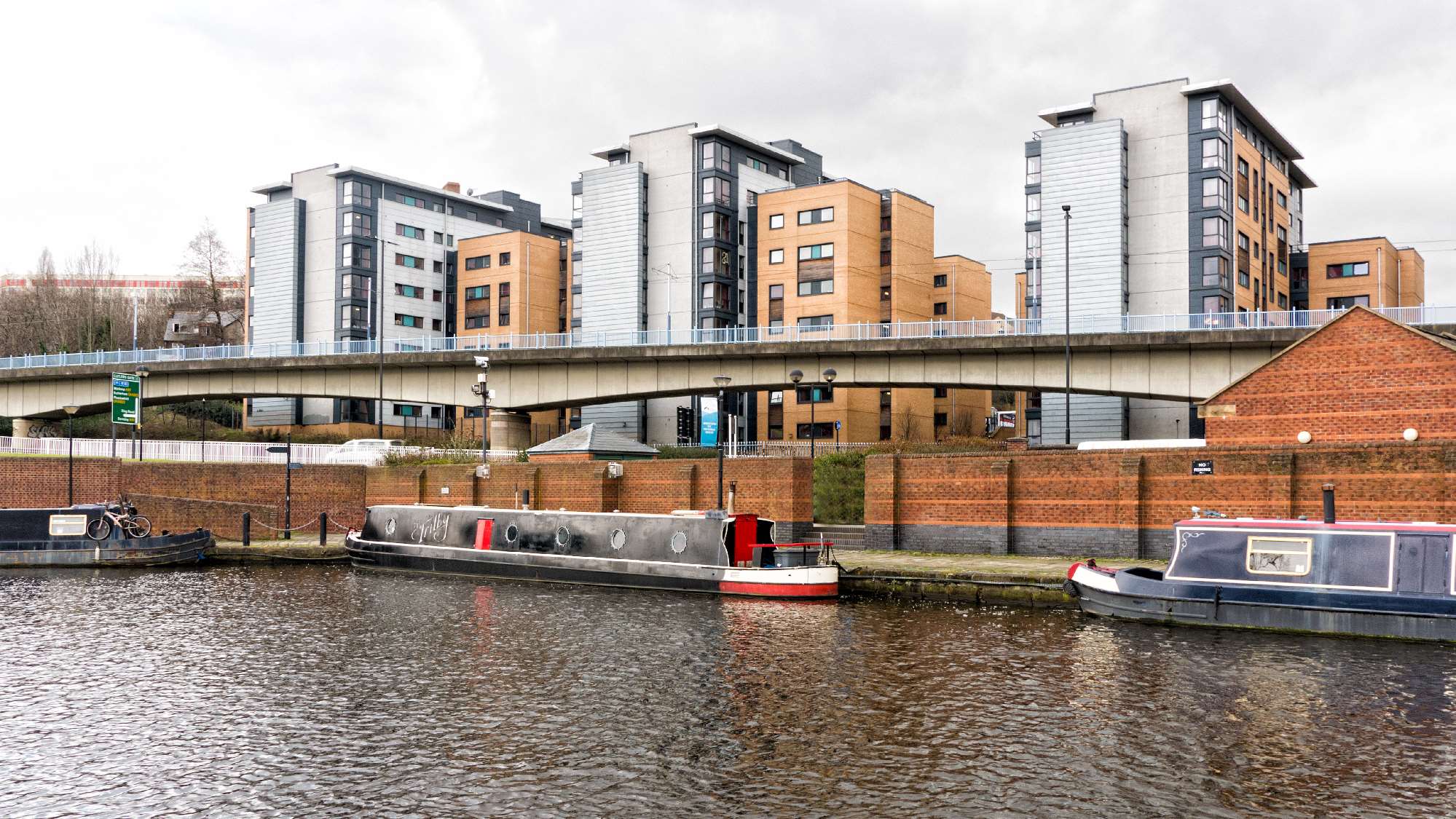 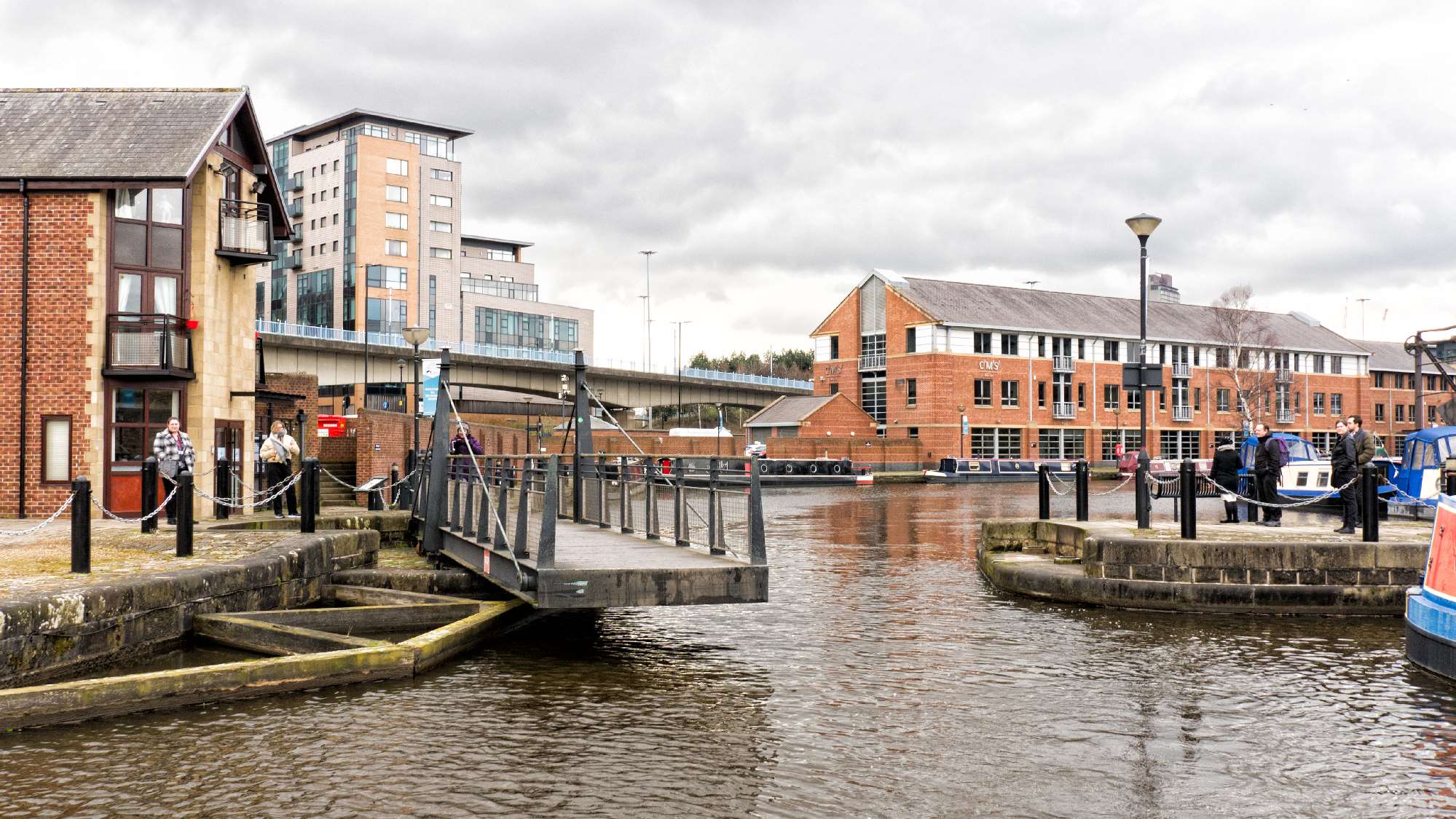 The swing bridge to the facilities – it’s VERY hard to manoeuvre with a CRT key and windlass, Sandra’s arms ached for a couple of days afterwards! 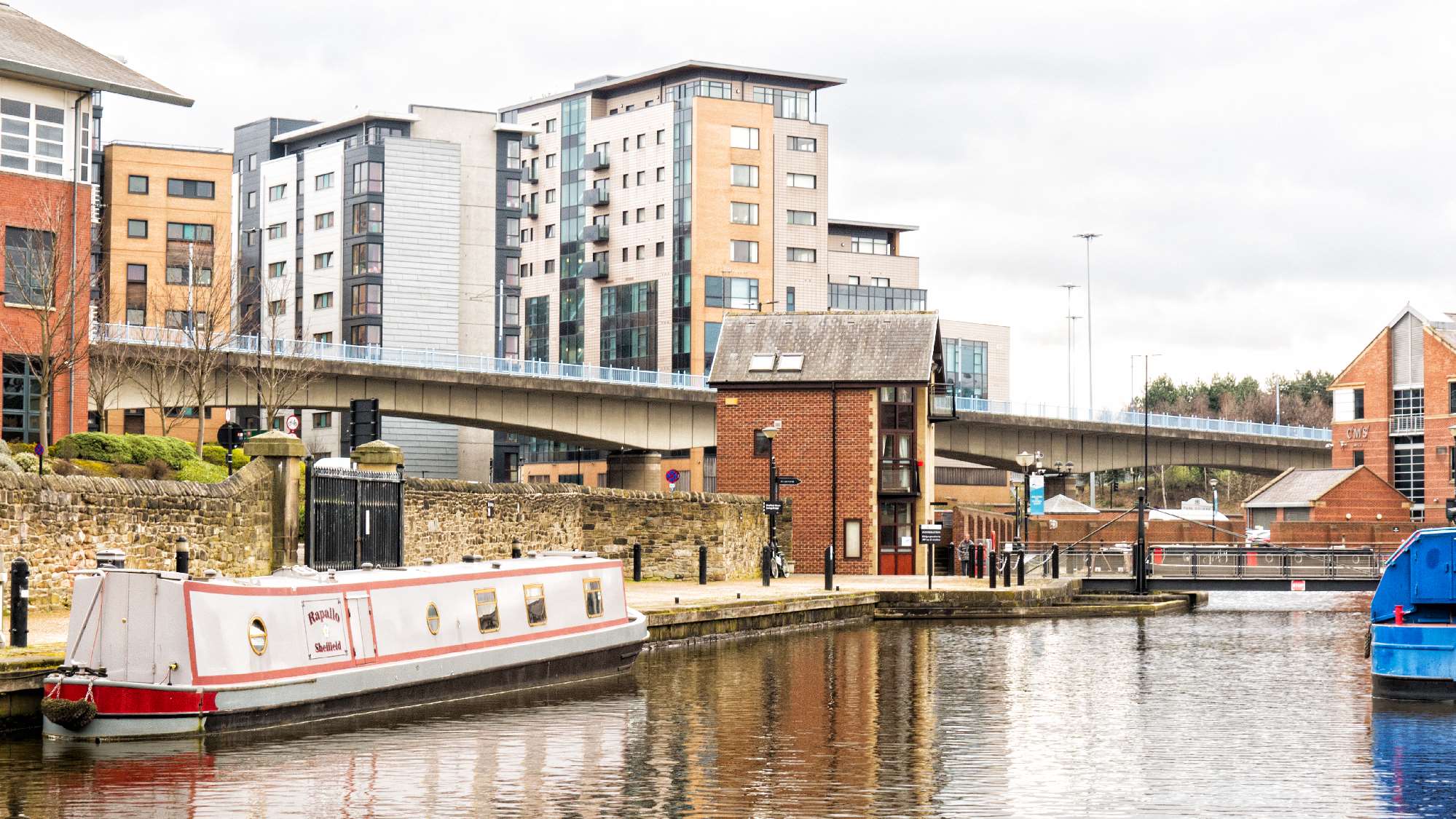 The basin is splendidly set out, with quite a number of boats moored around which appear to be lived on. The old railway arches house a few outlets, but sadly business doesn’t seem to be thriving anywhere with one pub displaying a notice thanking customers for six years of business after having closed. Such a shame.

A night on the town

On Thursday night we met up with Fred and Sara at the Sheffield Tap, where the Tapped Brew Co brew (in the restored Edwardian First Class Dining Room at the railway station), for a pre-dinner drink – and managed to get a picture with us all. 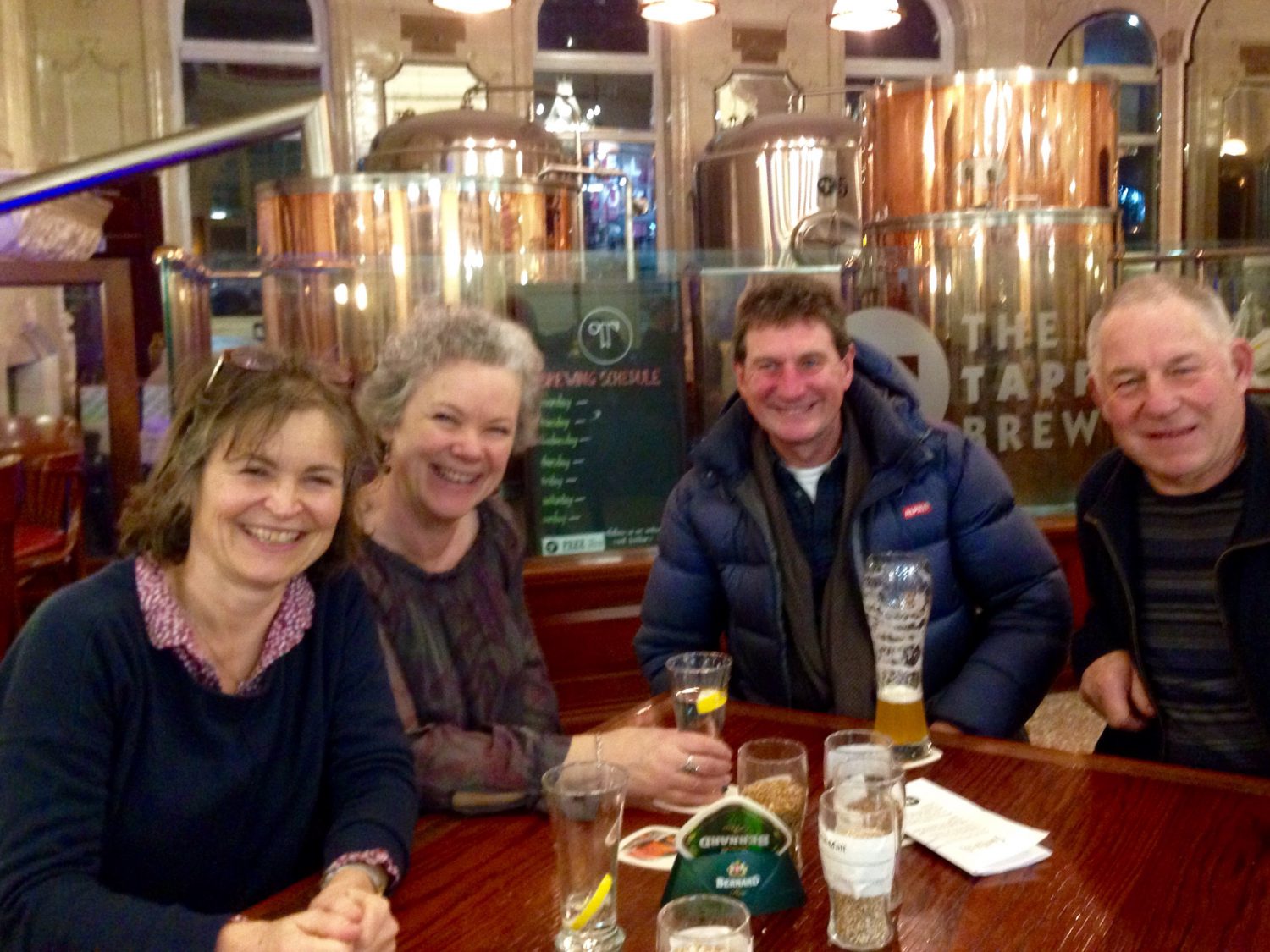 After dinner we walked to Fagan’s, a fabulously quaint old pub which happened to be holding their weekly quiz night. It was one like no other we’ve participated in, and had us almost completely stumped. Four pretty intelligent individuals I might add! We achieved the shameful total of 6 out of 20 points. It was only when they revealed the answers we remembered there was a theme in them – and had we listened more intently and took that into account (it was alcoholic drinks for goodness sake!), we may have got another point or two. But no more. We suspect many of the regulars were ex-University Professors, with five ‘teams’ gaining 16 out of 20 calling for a tie-break to hand over the £11 prize money! Fabulous and almost free (50p) fun though. 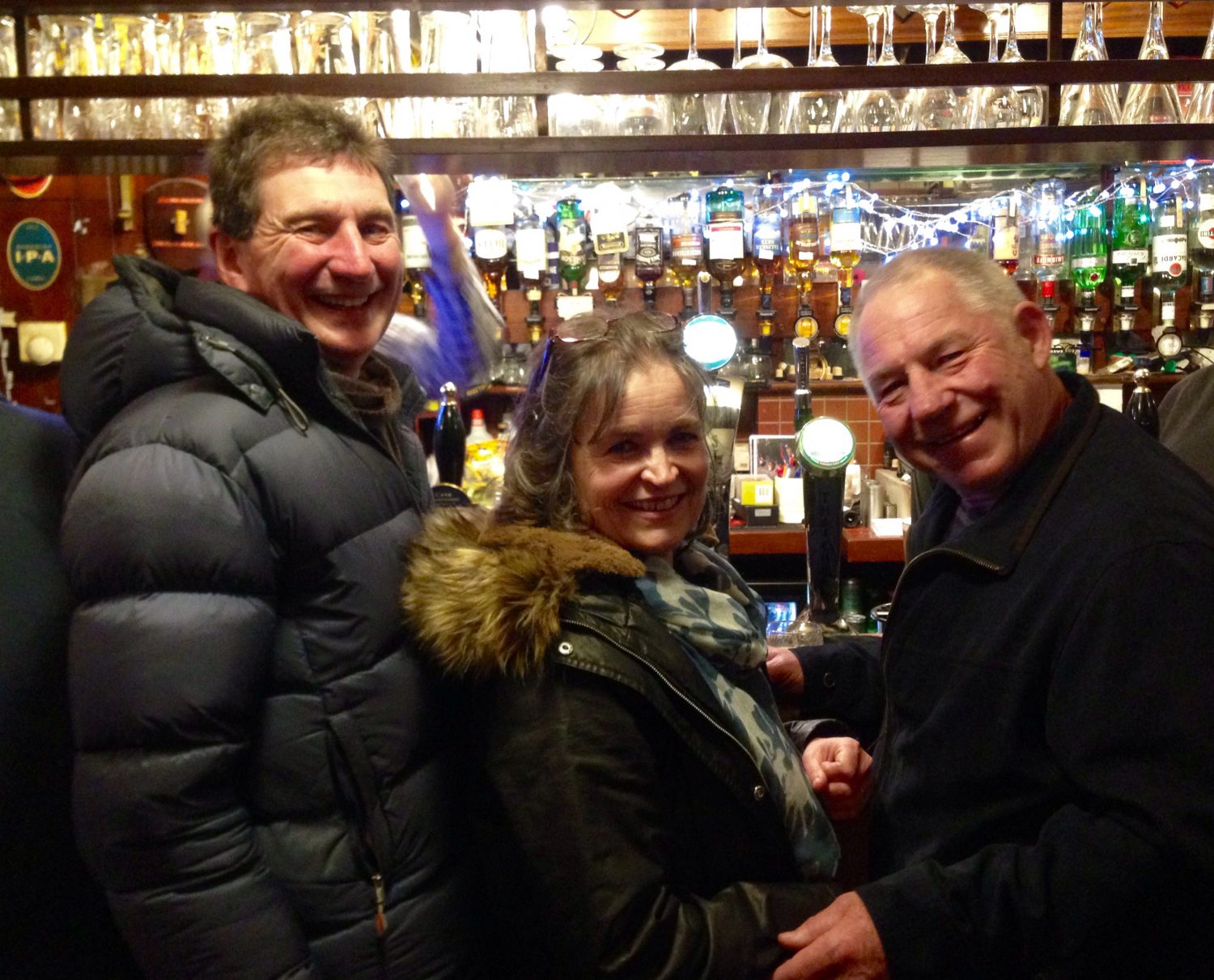 Sandra pops up at the CRT National Council Meeting

A most unexpected text was sent to us by someone (thanks Andy!) at the Canal and River Trust National Council meeting last week – a picture of Richard Parry and I at the helm of Areandare when he came on board for a trip down the Trent. You never know where I’ll ‘pop-up’ next! 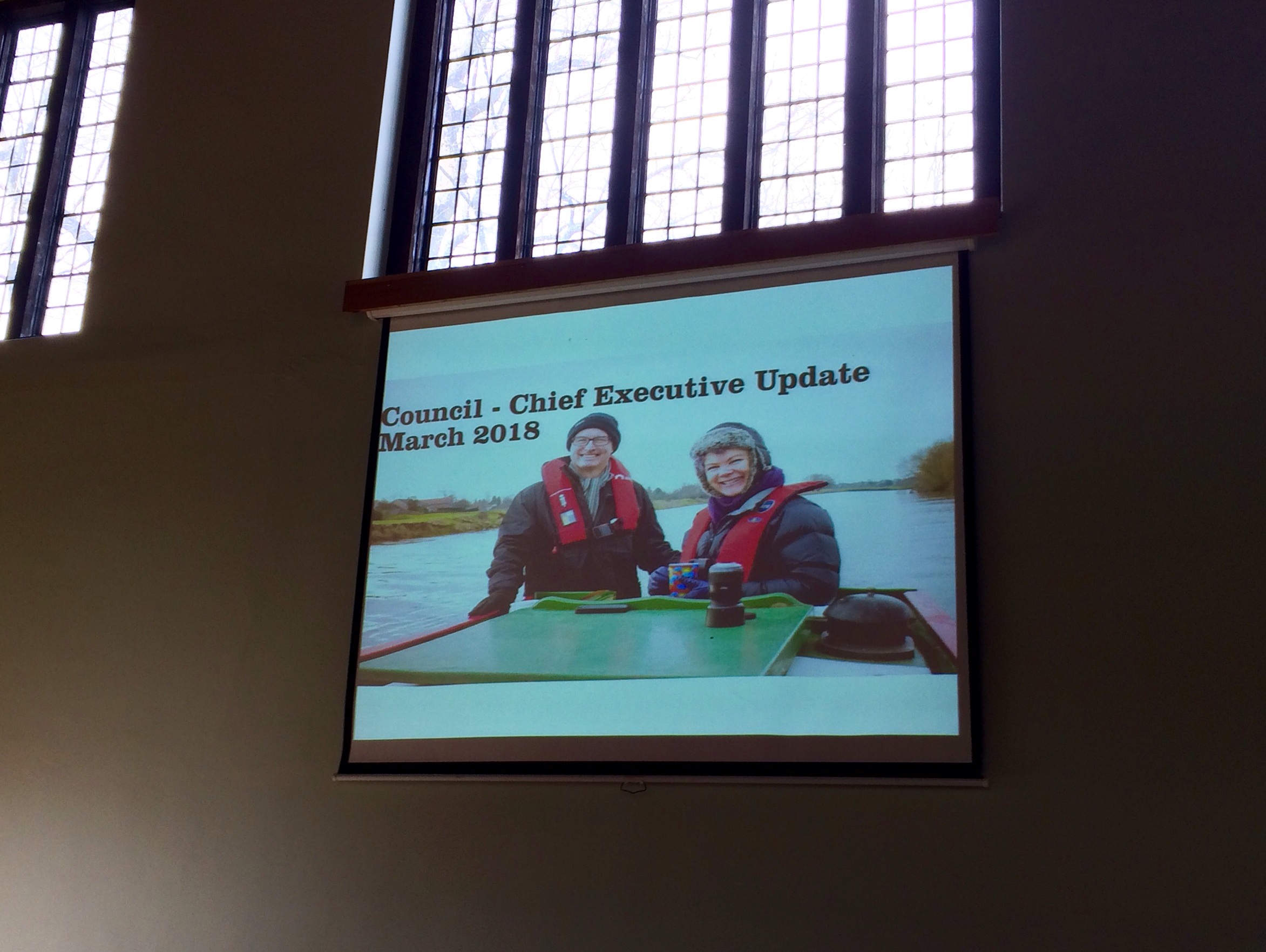