Having ooh-ed and ahh-ed at the Castle and Cathedral, another exceptional experience in Lincoln was listening to Rick Wakeman perform his ‘Live Portraits’ concert – IN THE CATHEDRAL! It was truly superb.

Playing perfectly on his Steinway Grand Piano, we heard sublime renditions of tracks such as ‘Morning Has Broken‘, ‘Merlin the Magician (physician!)’ from the King Arthur and the Knights of the Round Table album, ‘Life on Mars‘ and ‘Space Oddity‘ as a tribute to David Bowie, ‘Help‘ and ‘Eleanor Rigby‘; particularly nostalgic was a track from the first album Barry ever bought with his first pay check from Dunstan and Kinge in 1973, ‘Close to the Edge‘, when Rick played with the band ‘Yes’ – and many more (the full list of his best-selling February 2017 Piano Portraits album can be found here). Admittedly he re-played a couple of tracks on the night; one due to an accidental crashing noise by someone nearby, the other because he wanted it to sound even better, neither of which adversely affected the experience in the slightest – it merely enhanced it. With out-of-this-world acoustics produced by the vastness of this sacred space, it was one of the notable highlights to be included in our book of memories.

The performance was recorded following a sell-out tour ‘Live Portraits’, and will be made into a CD available later in the year.

Barry captured a tiny taste of the essence of the evening … 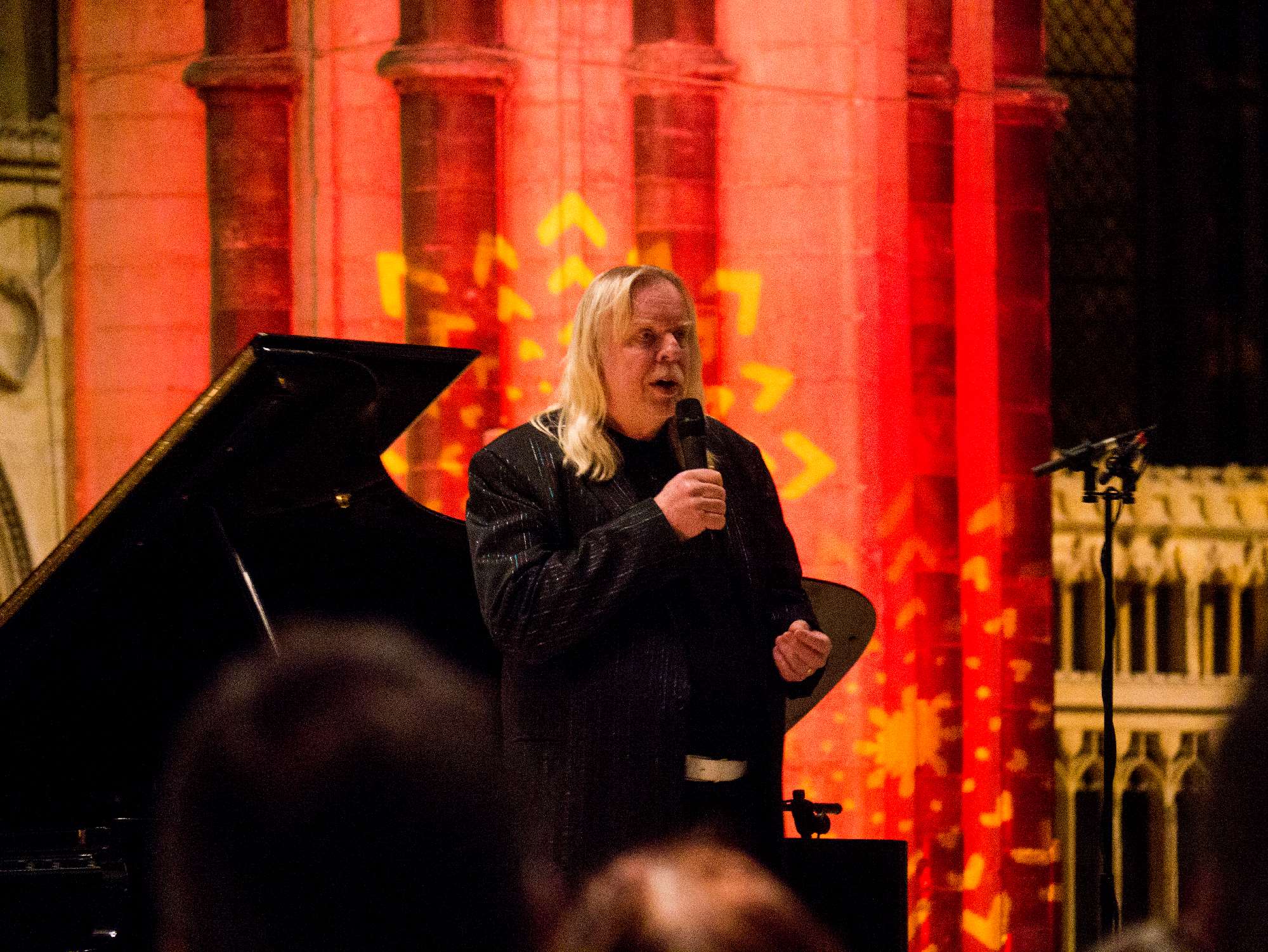 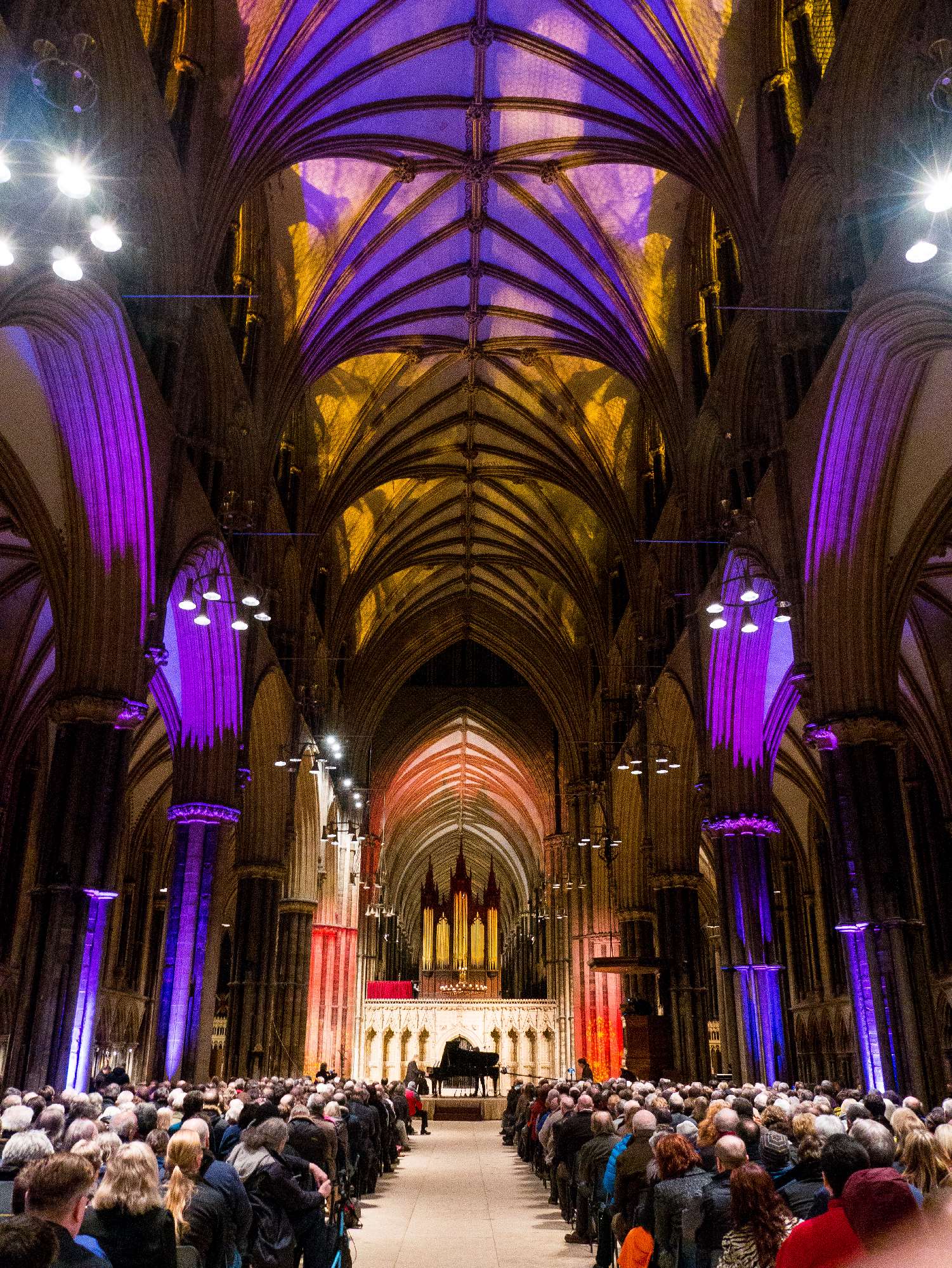 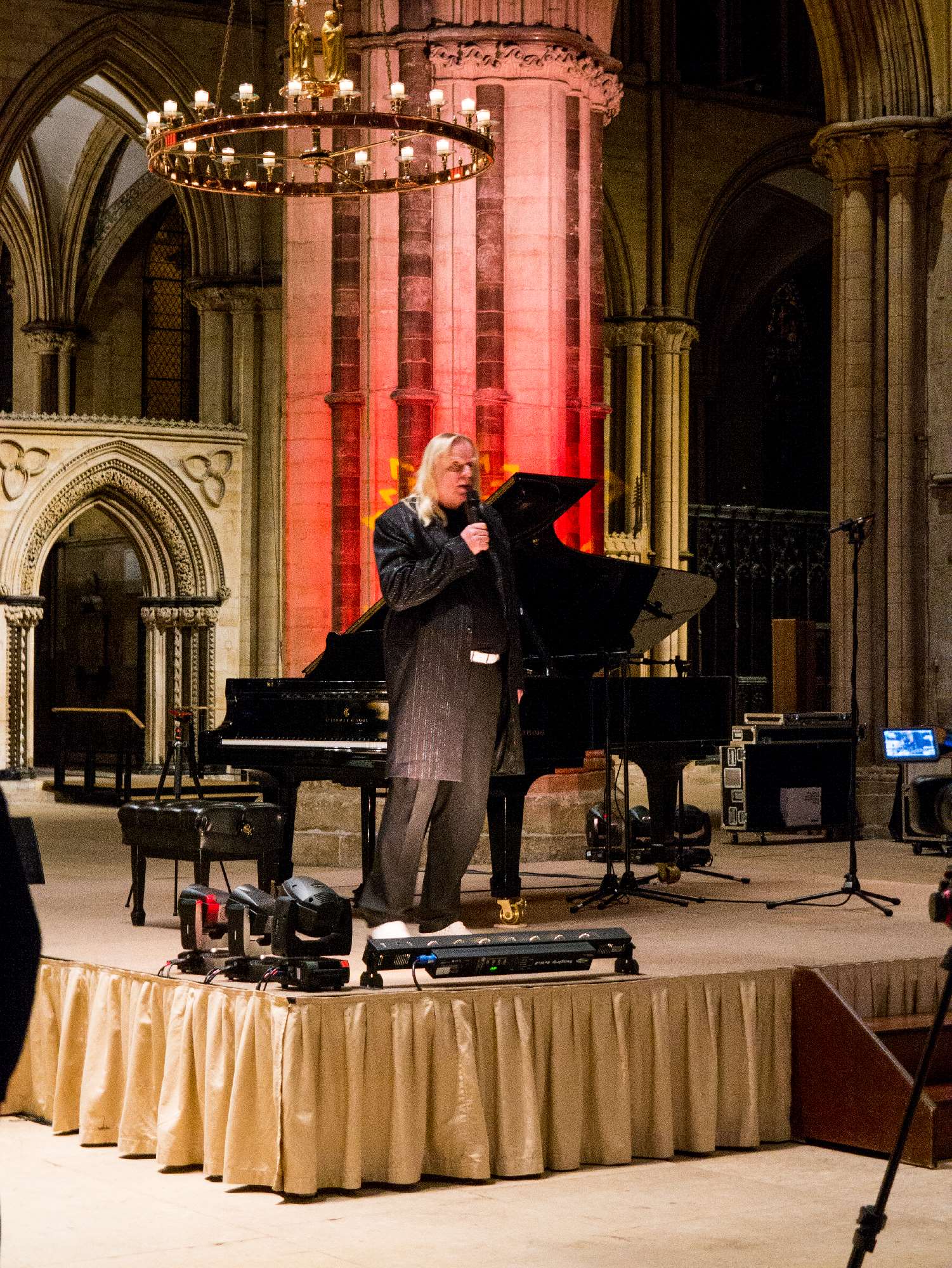 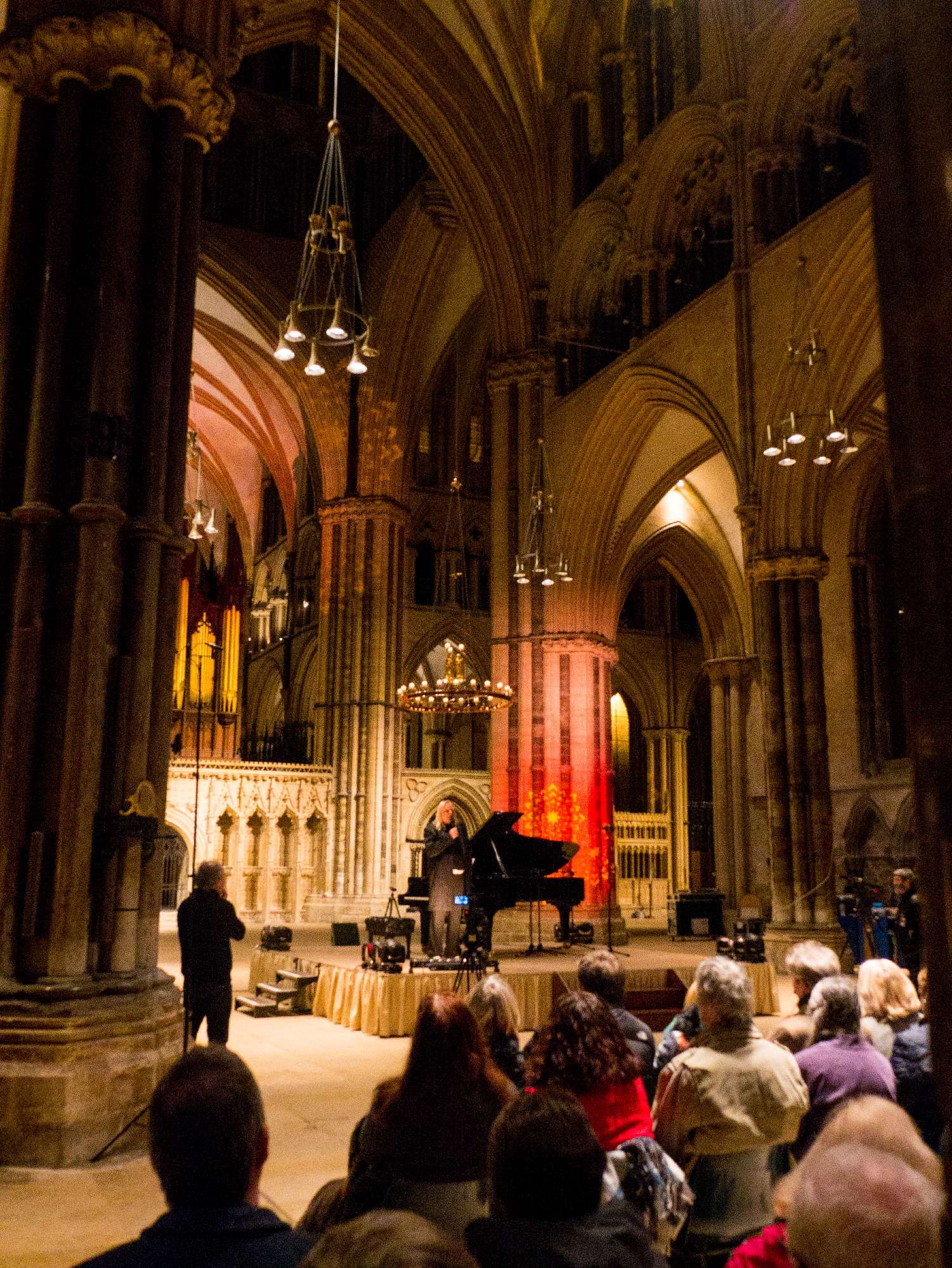 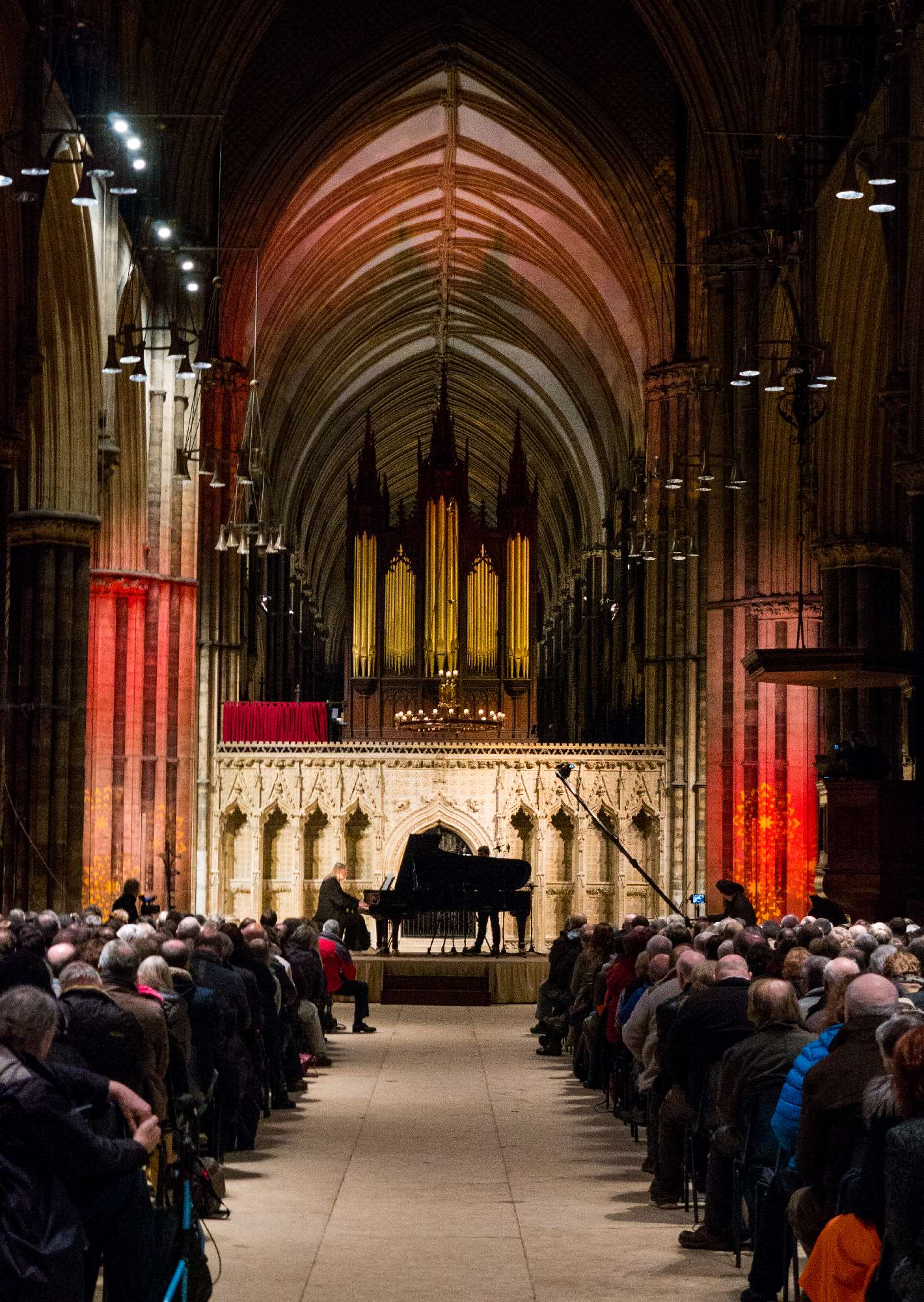 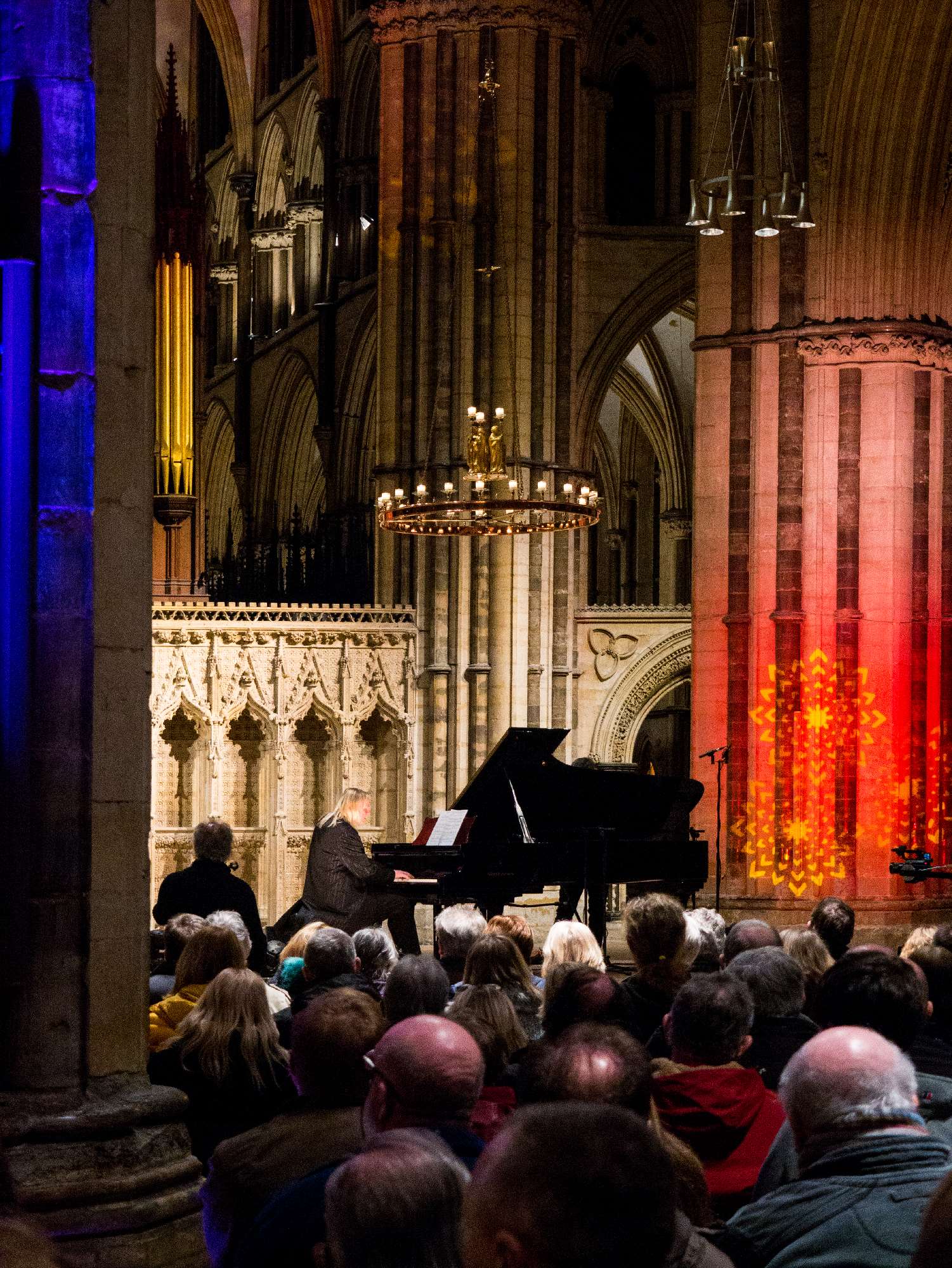 Magnificent! Thank you Rick, it was an absolute pleasure to be in your company.

I can’t leave our Lincoln visit without including a few more of Barry’s images. We walked around a few times, and at every turn found something to gaze at in wonderment. What a delectable city it is … 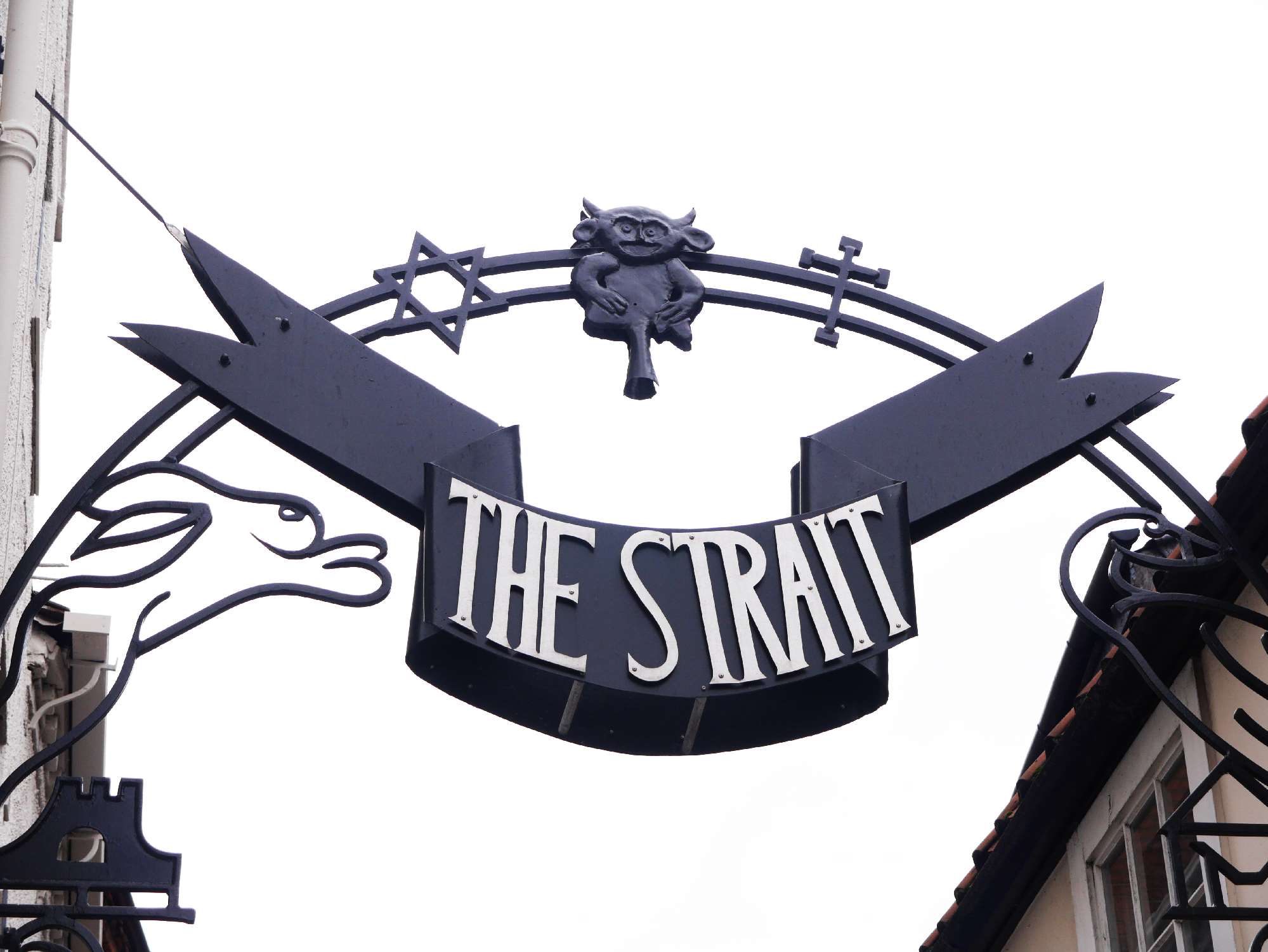 We walked up and down this steep street many times! 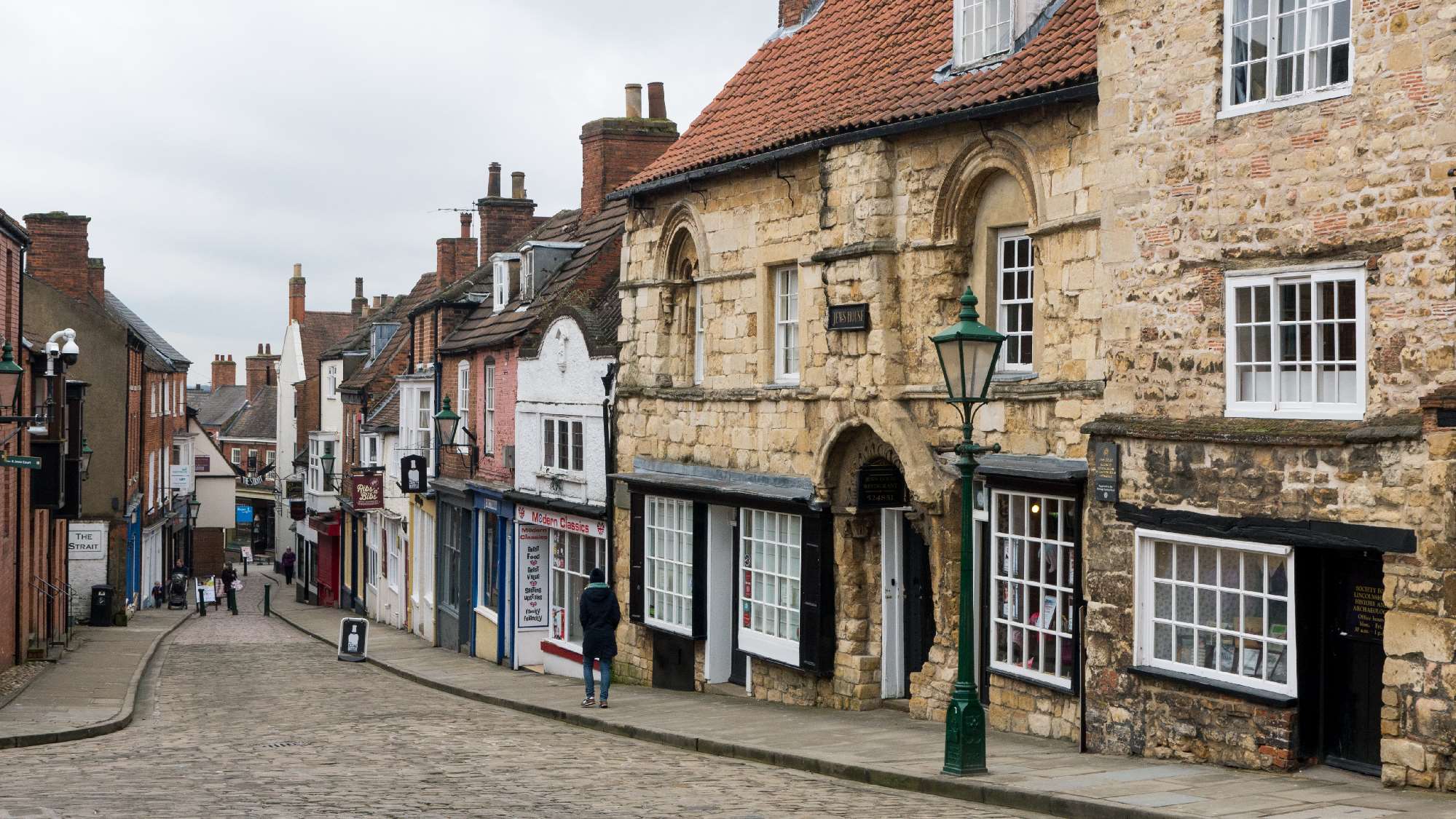 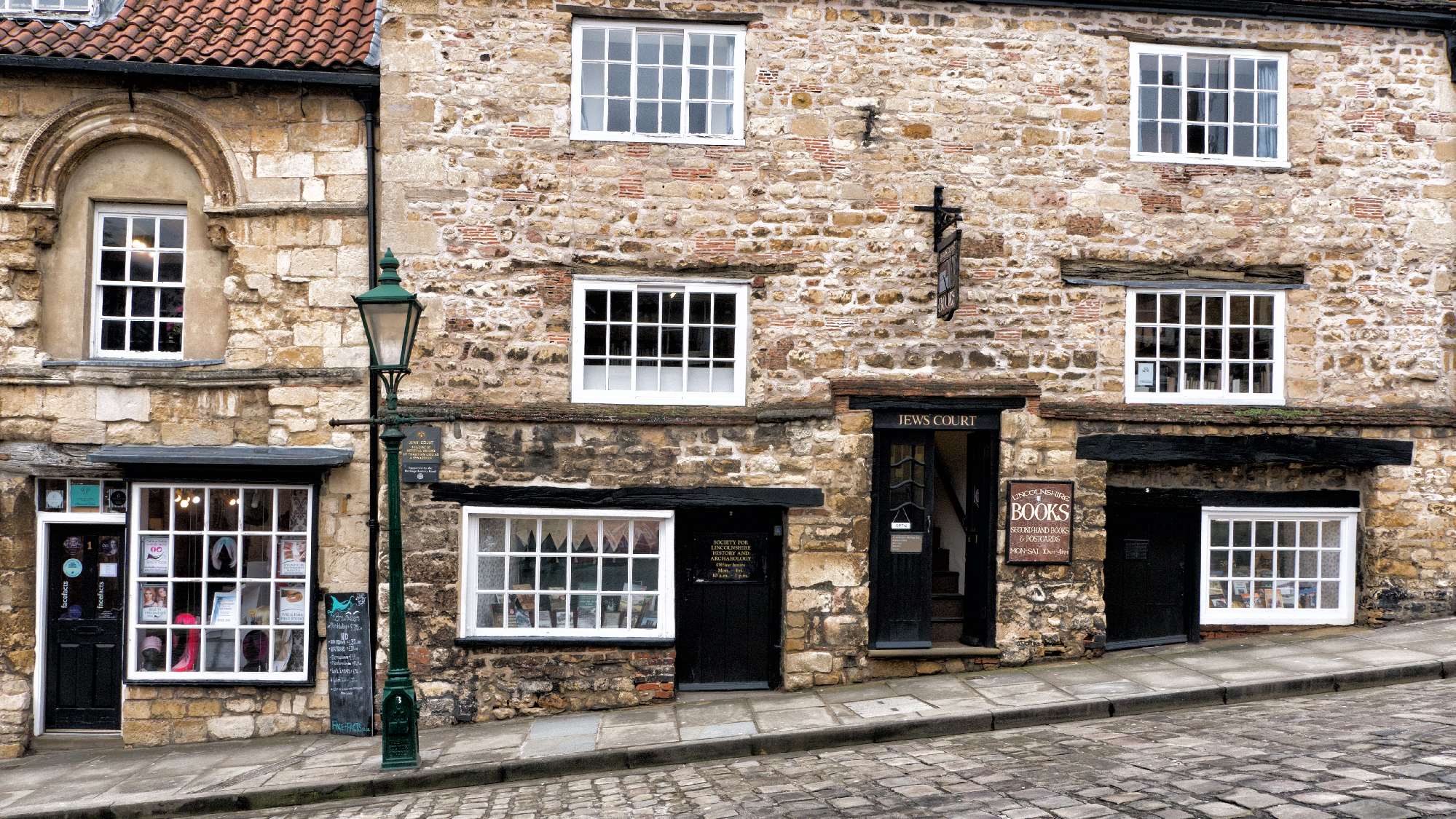 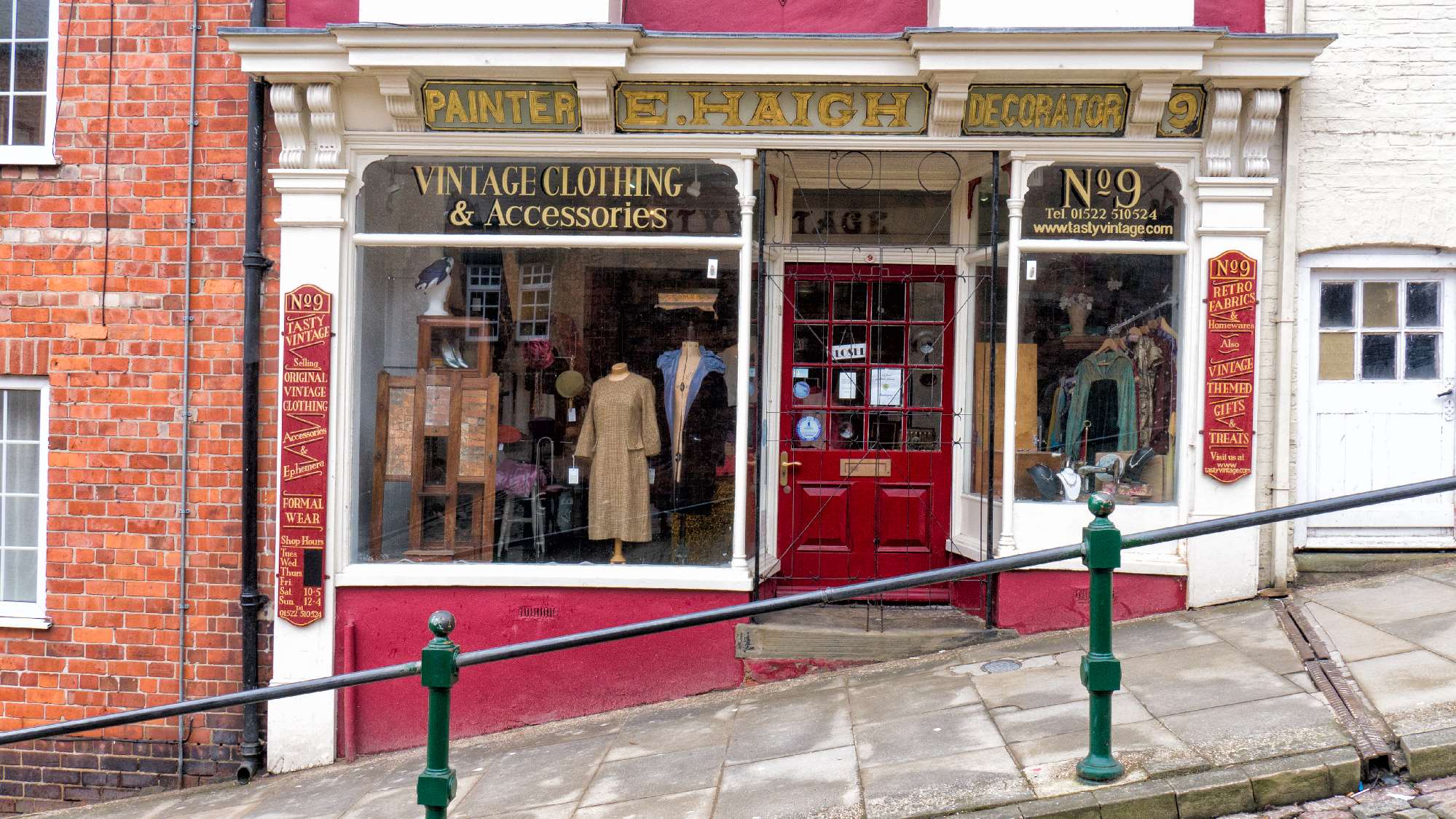 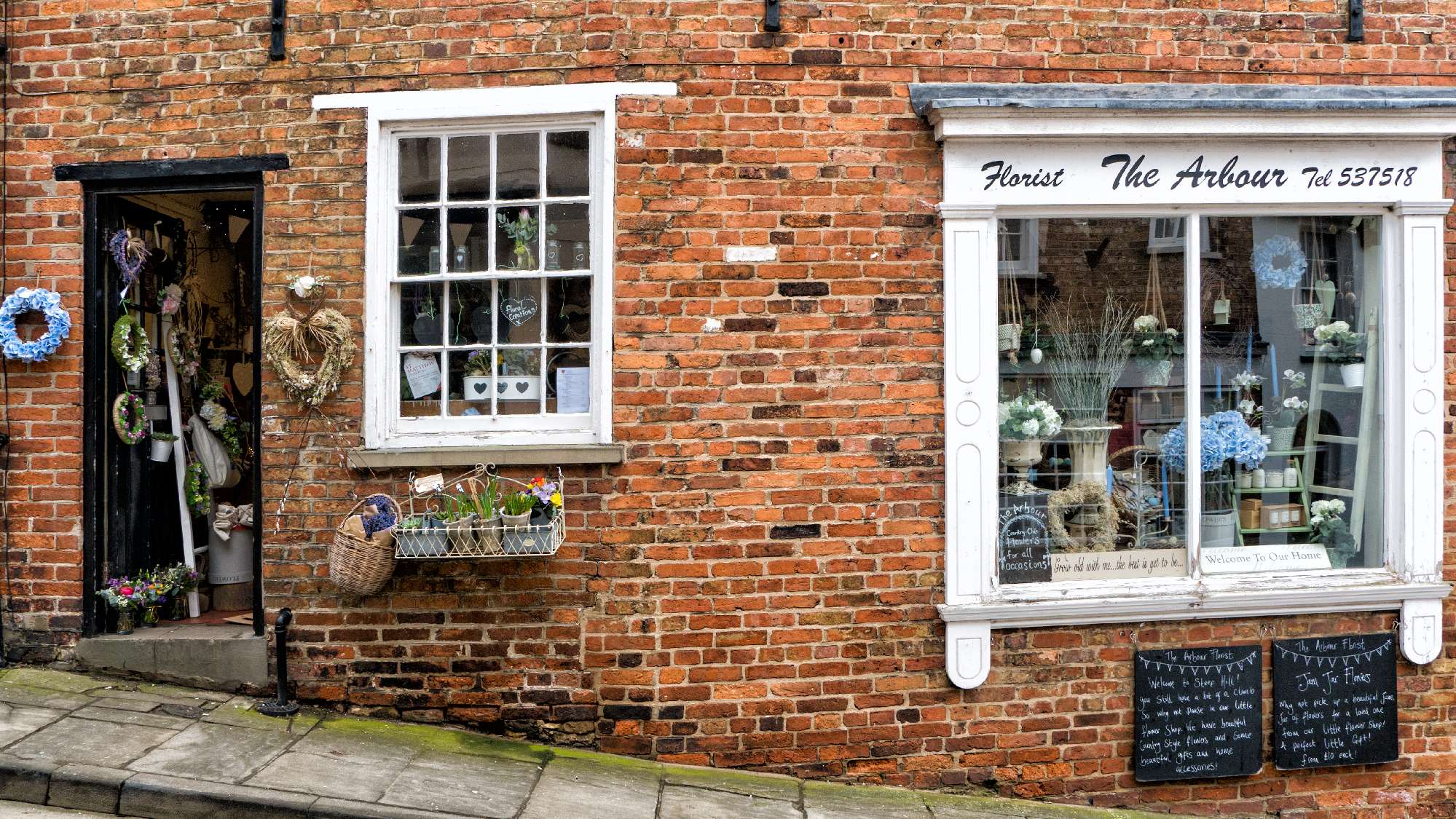 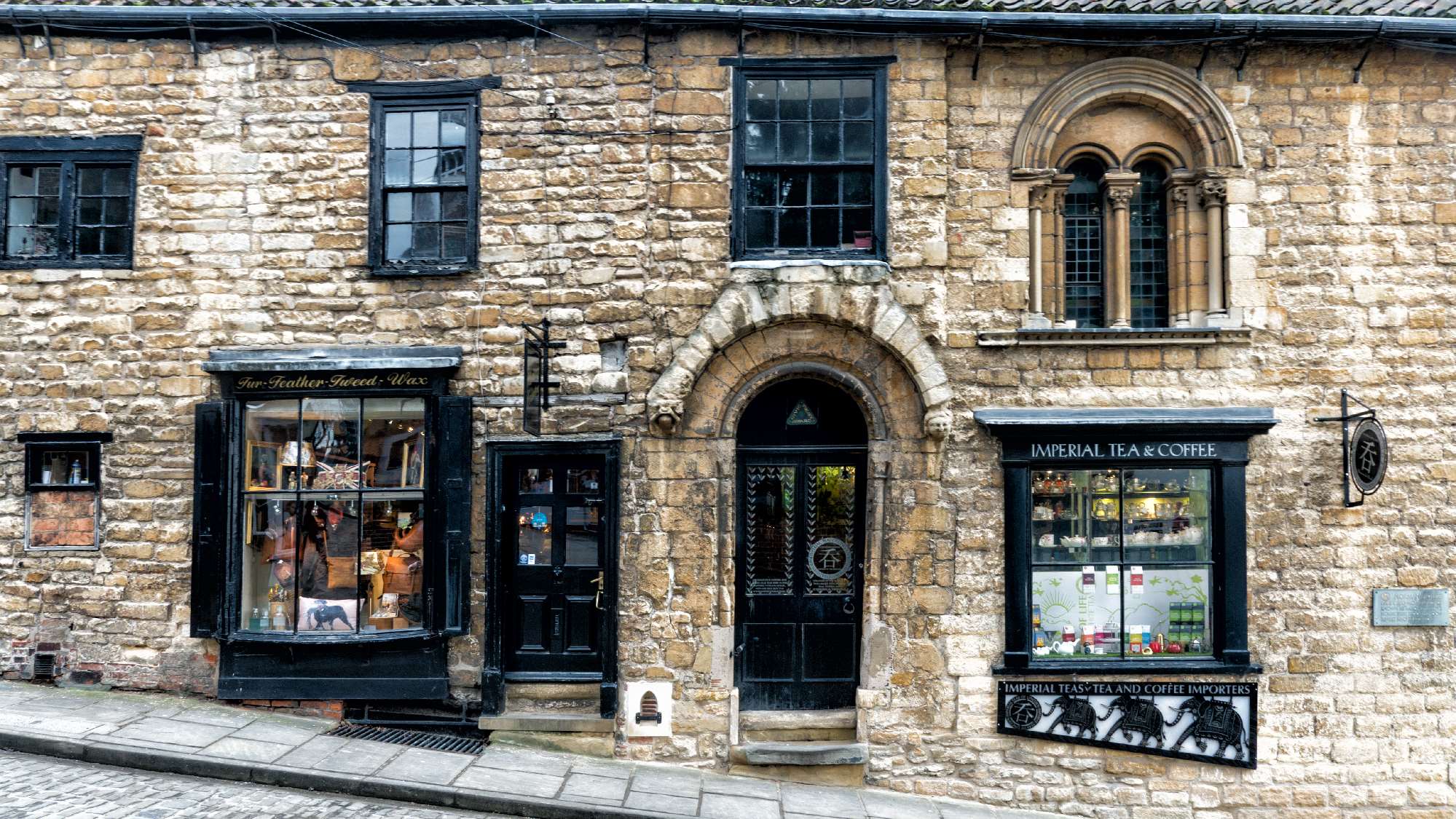 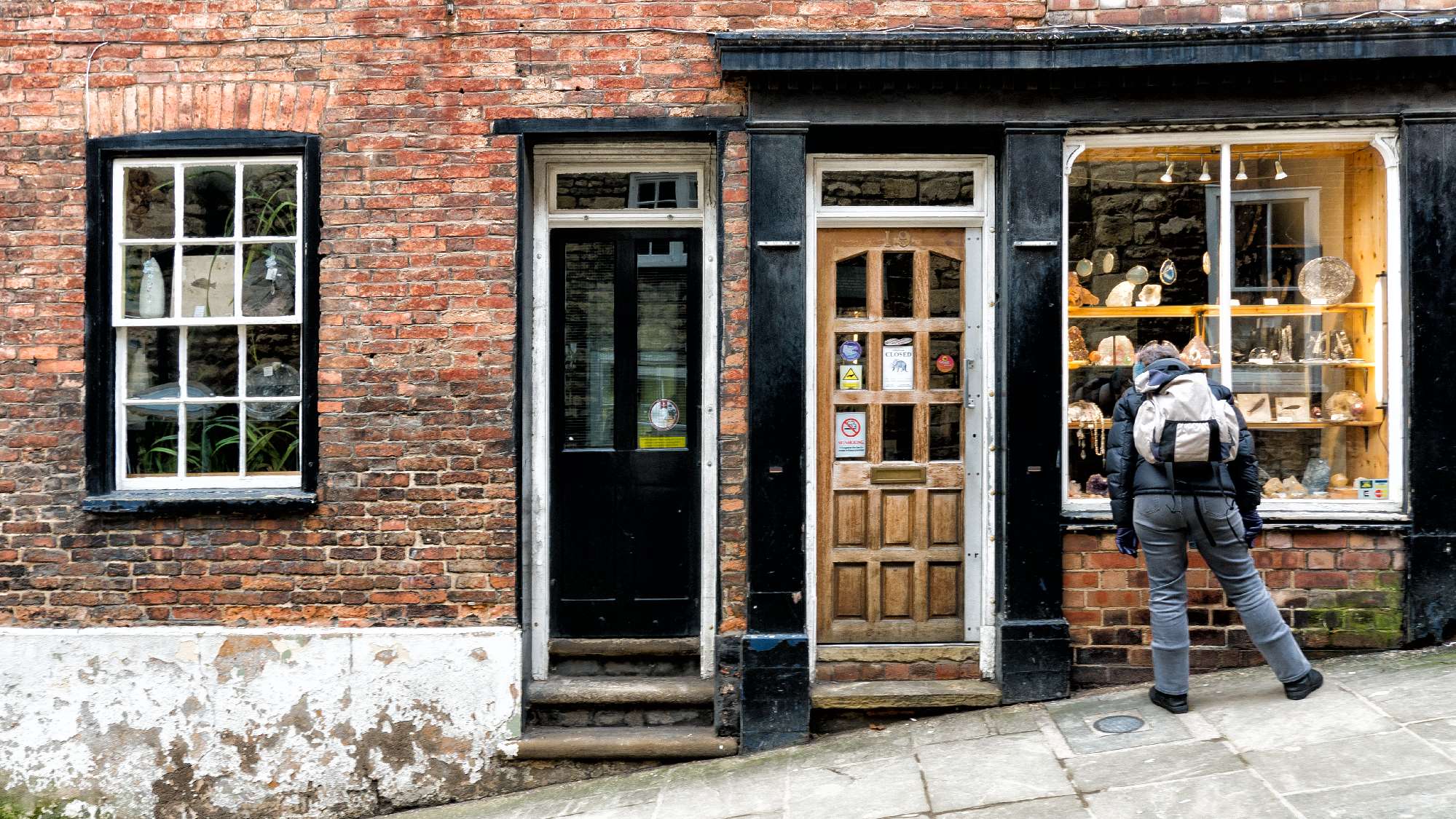 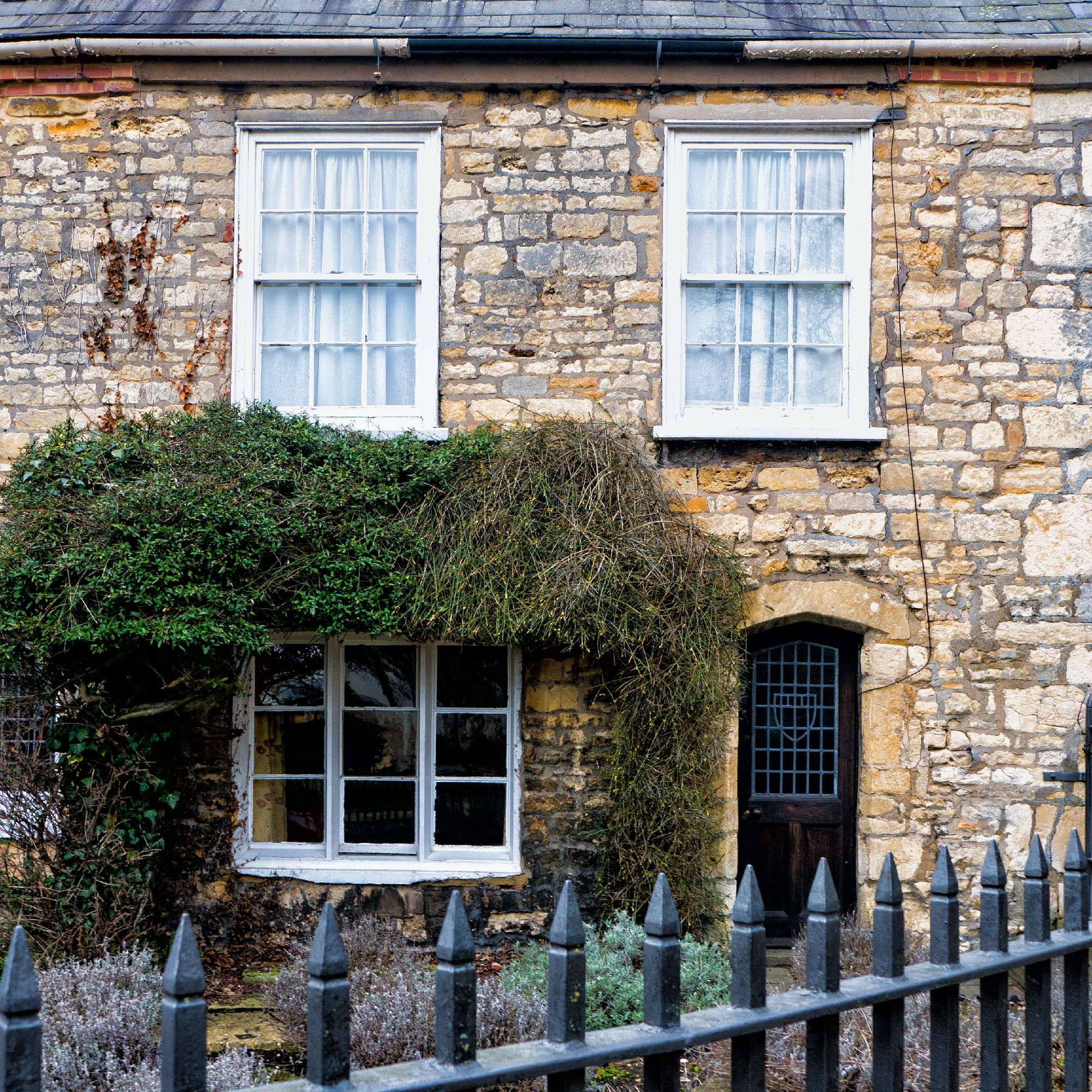 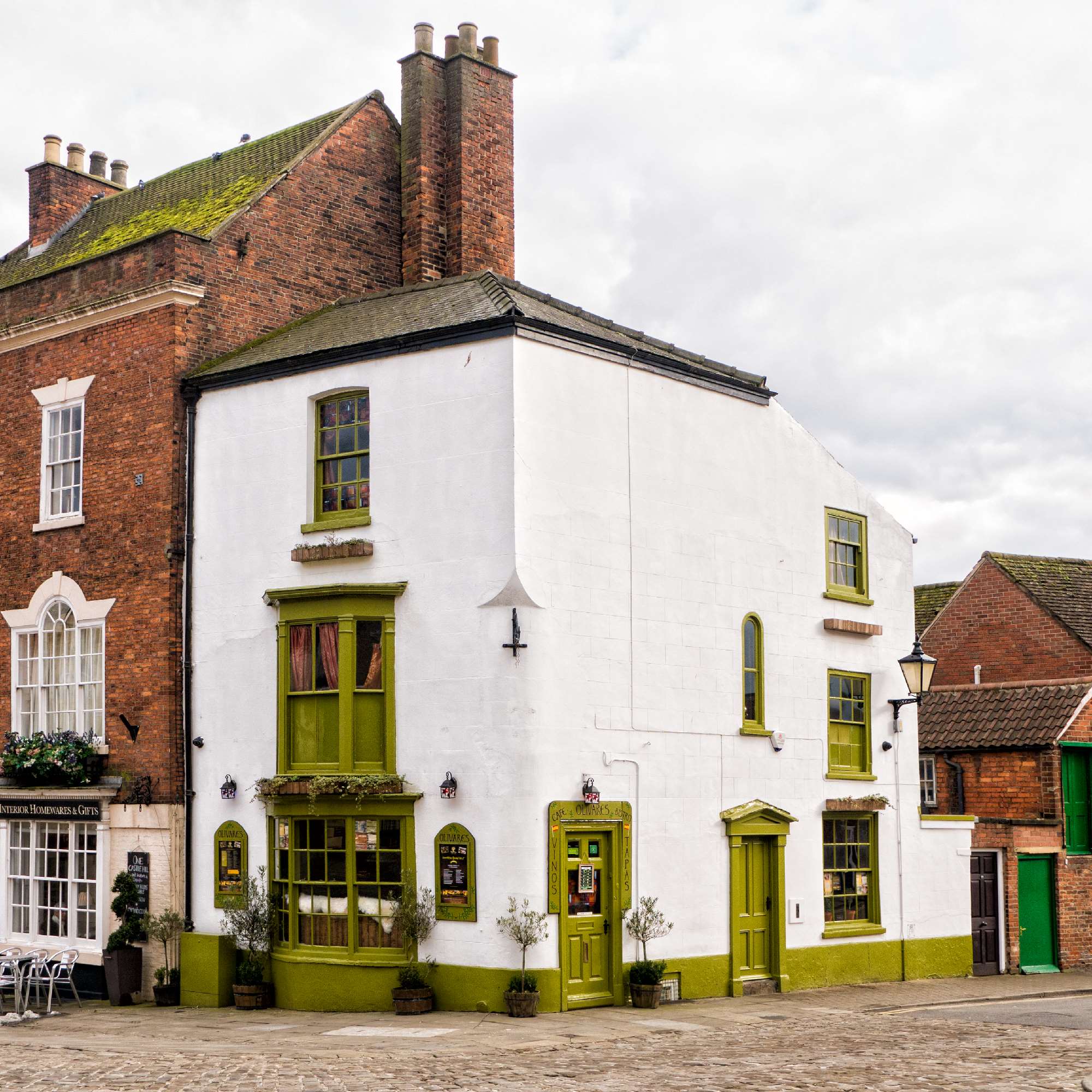 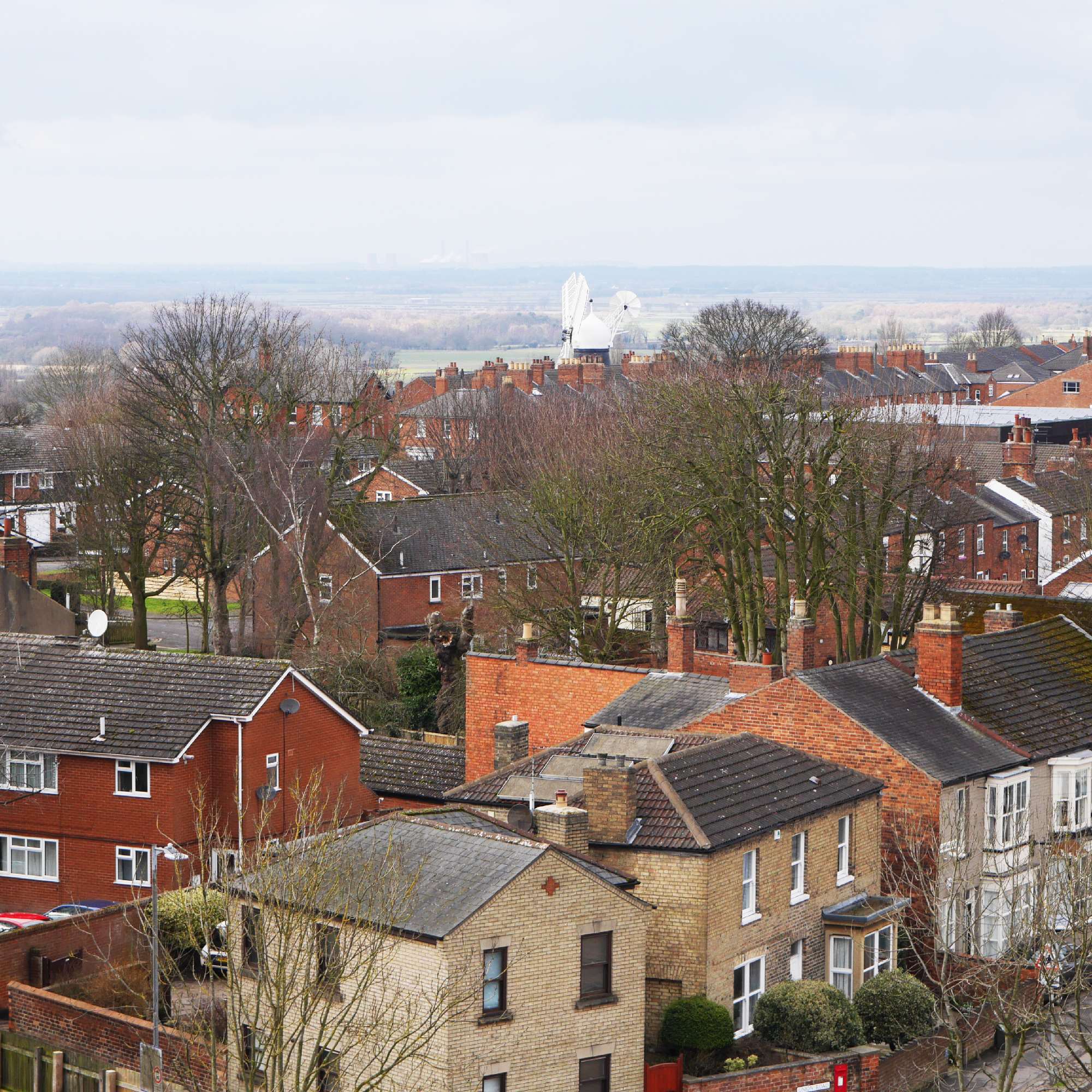 A view from the Castle Wall Walk 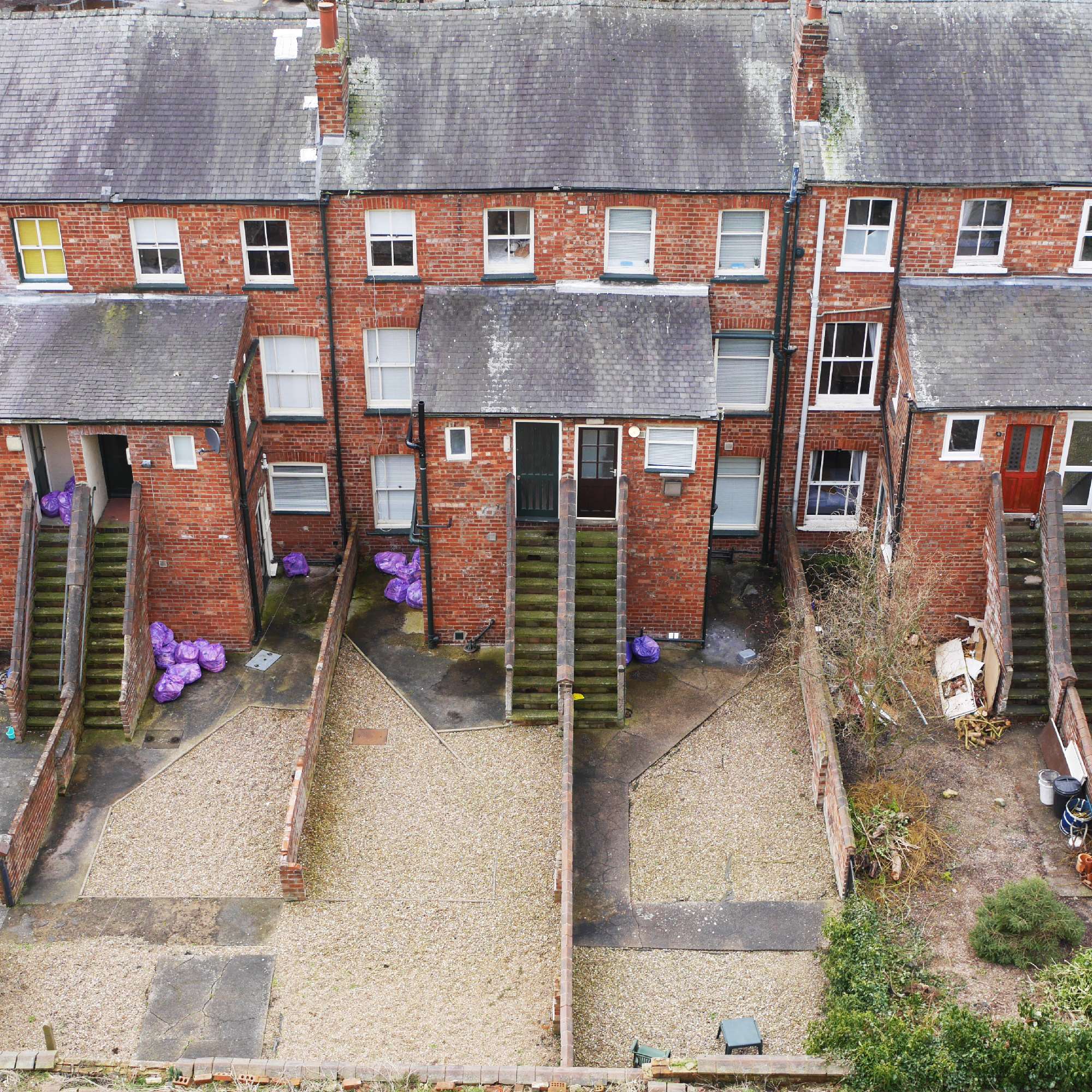 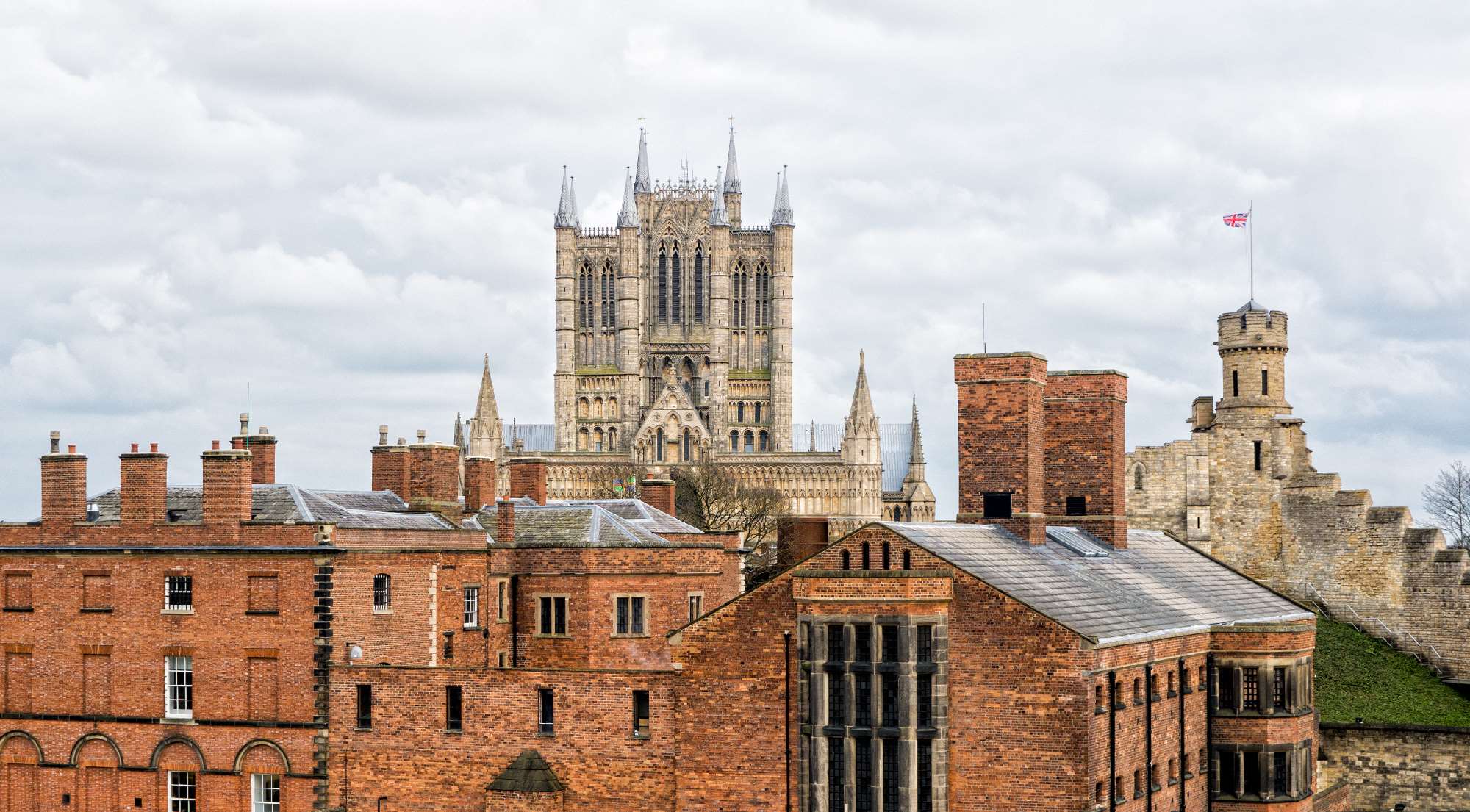 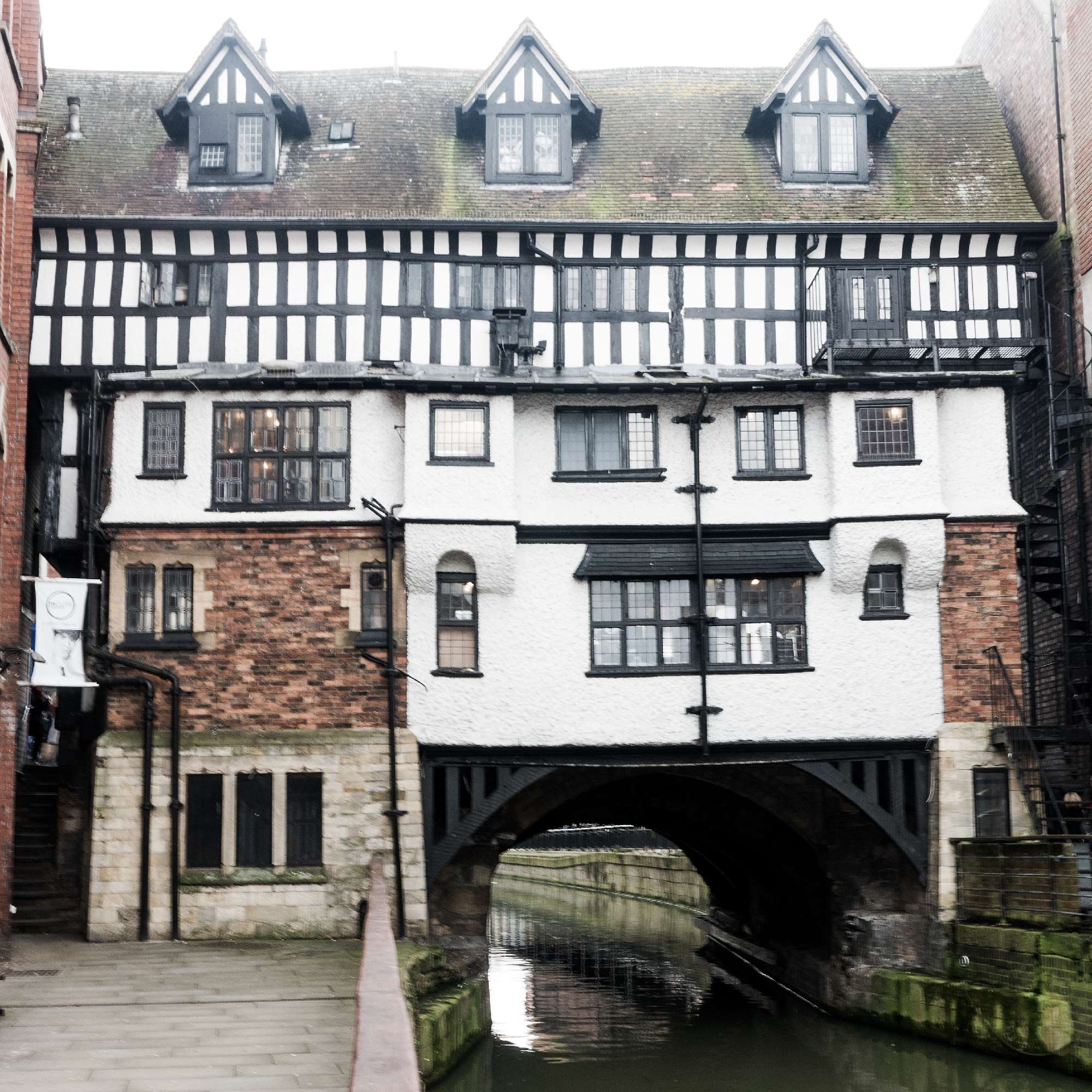 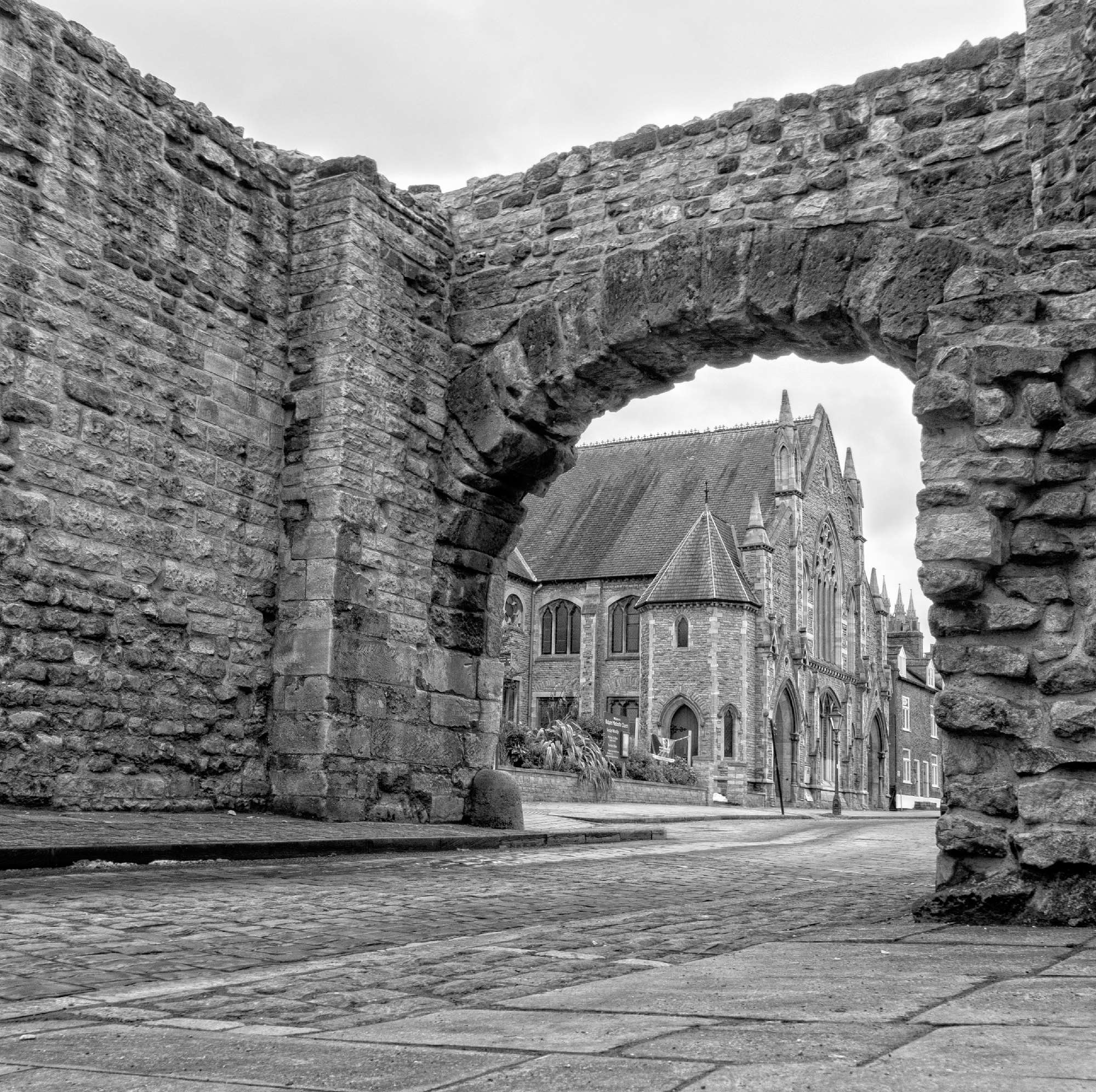 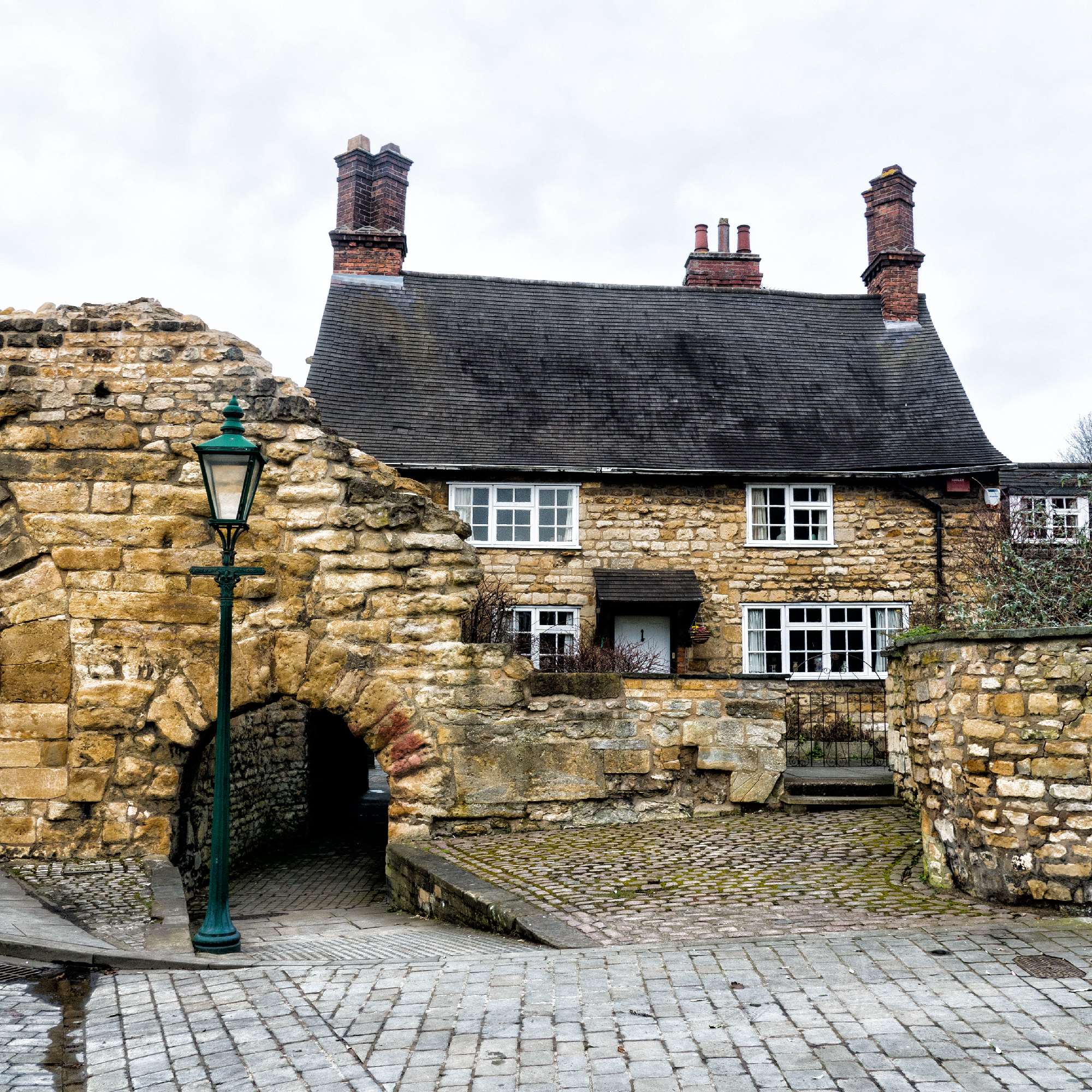 The cottage next to Newport Arch 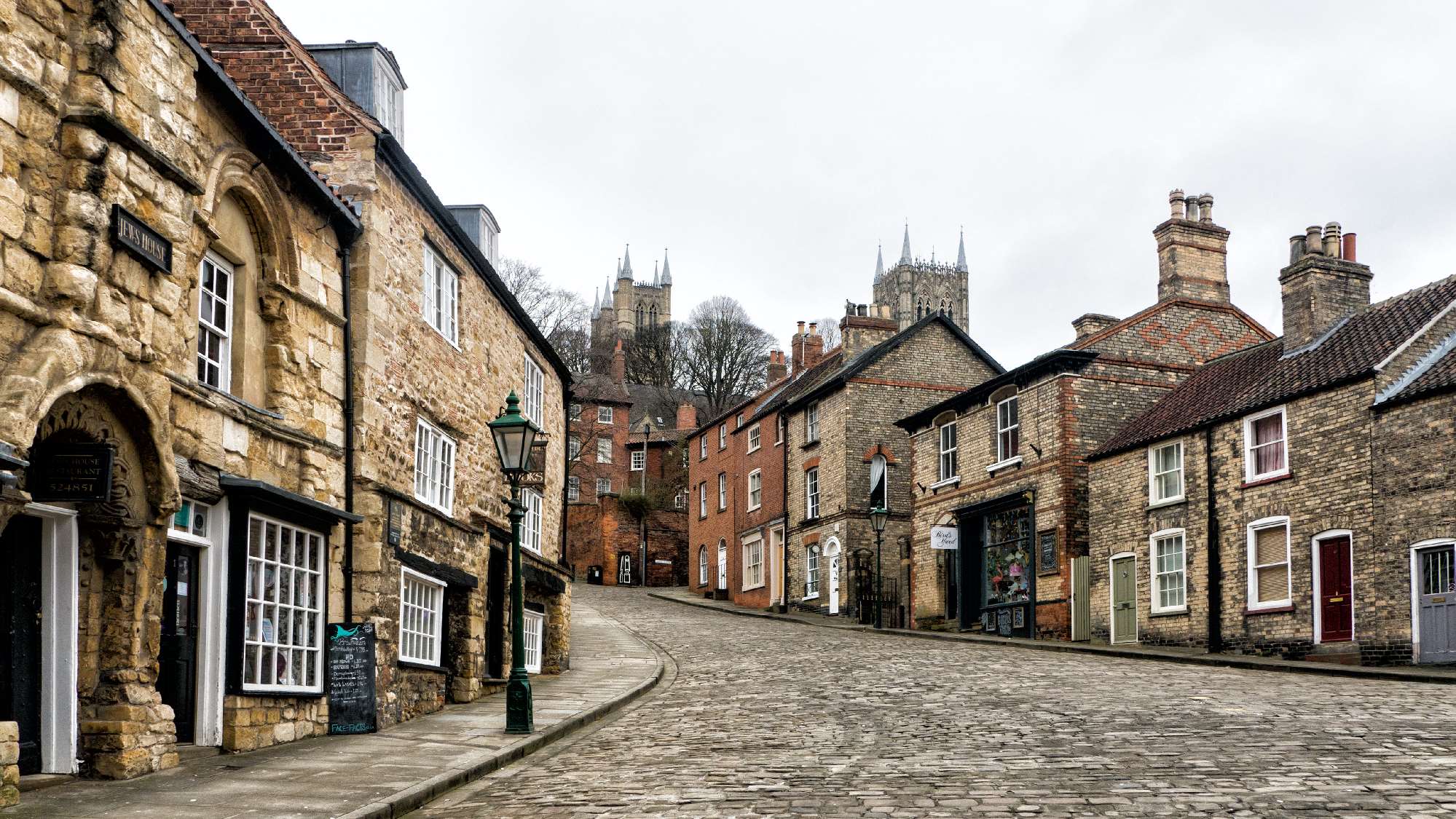 Looking up the Strait 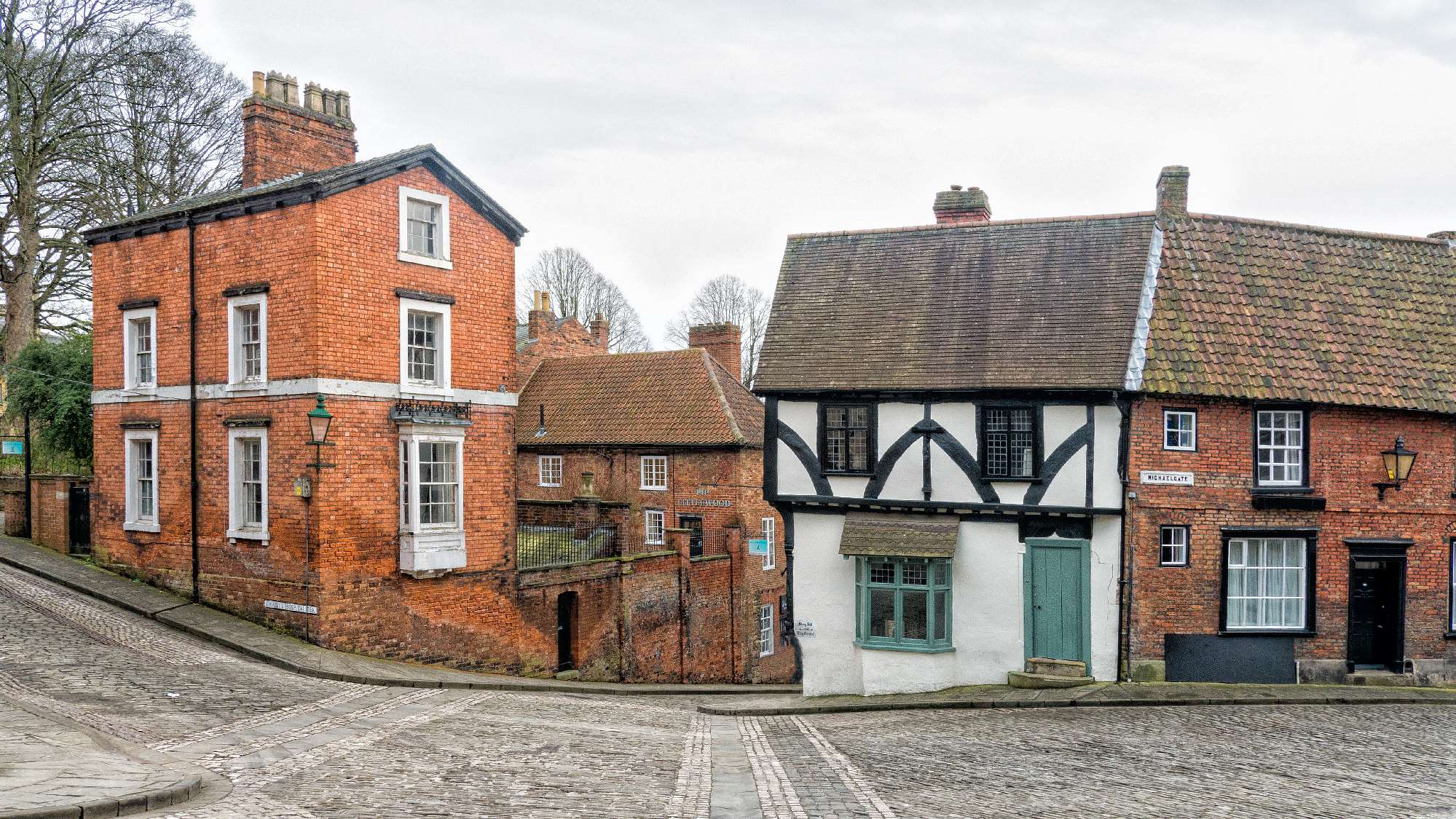 Fascinating Higgledy Piggledy houses at the top of The Strait 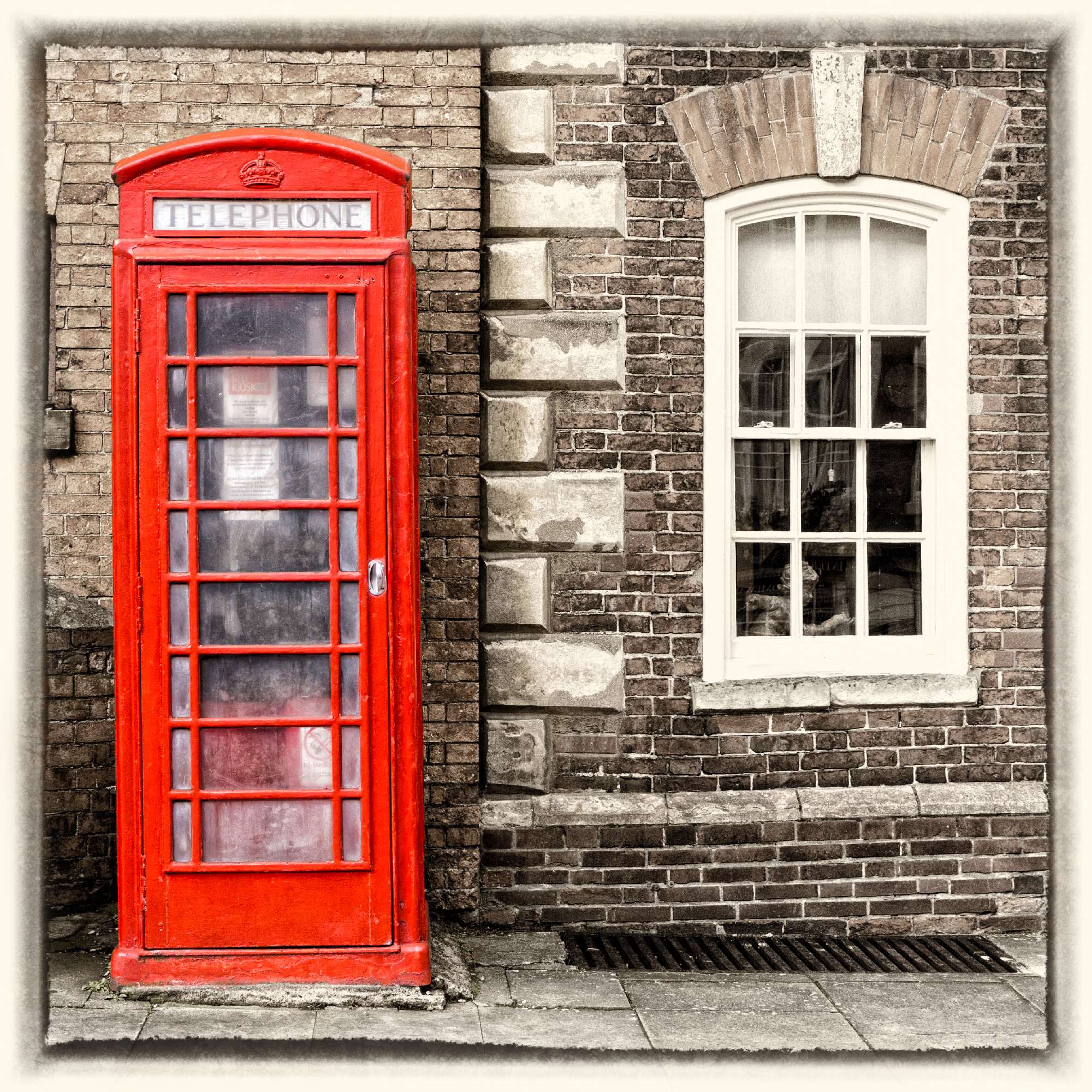 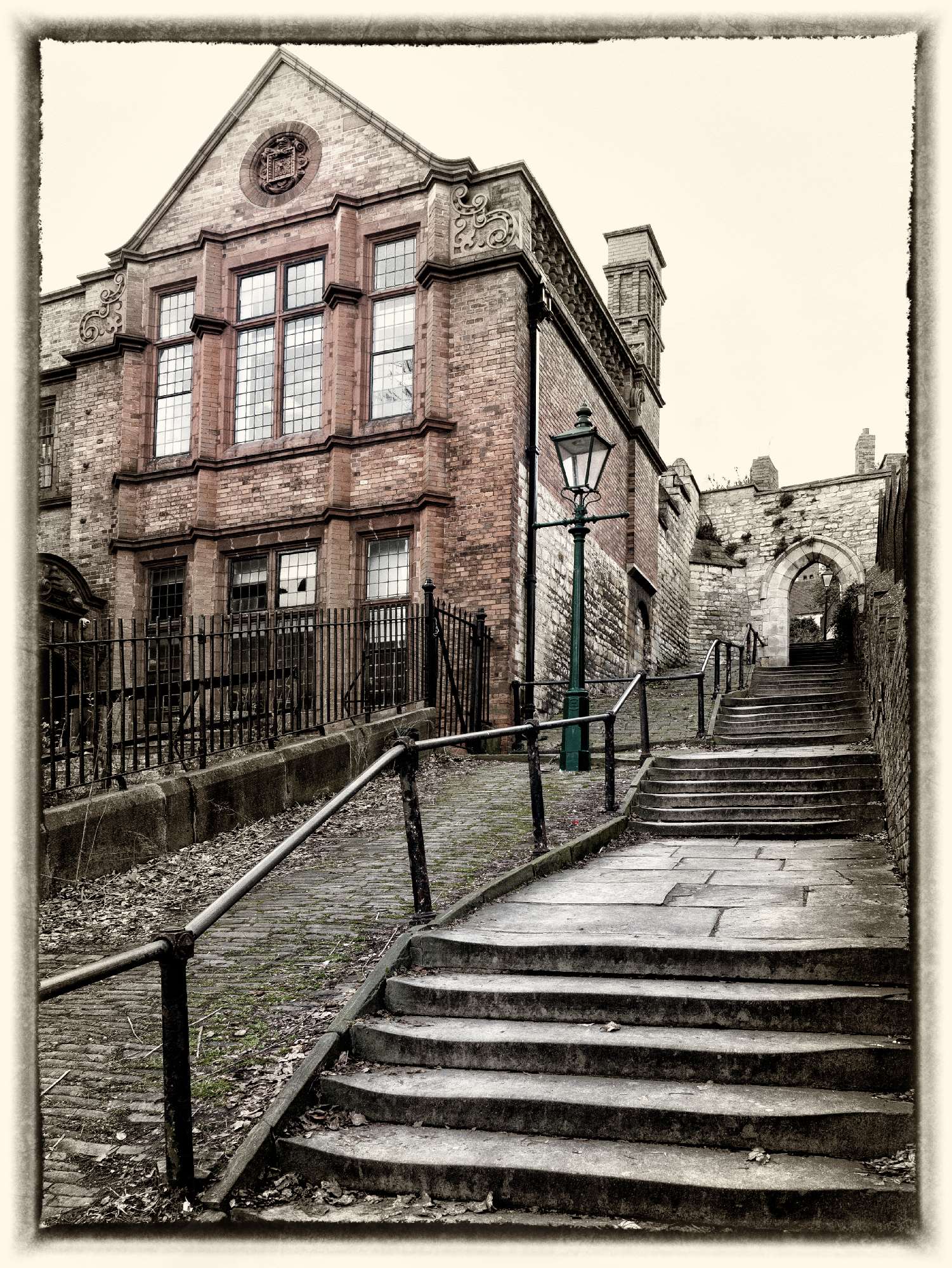 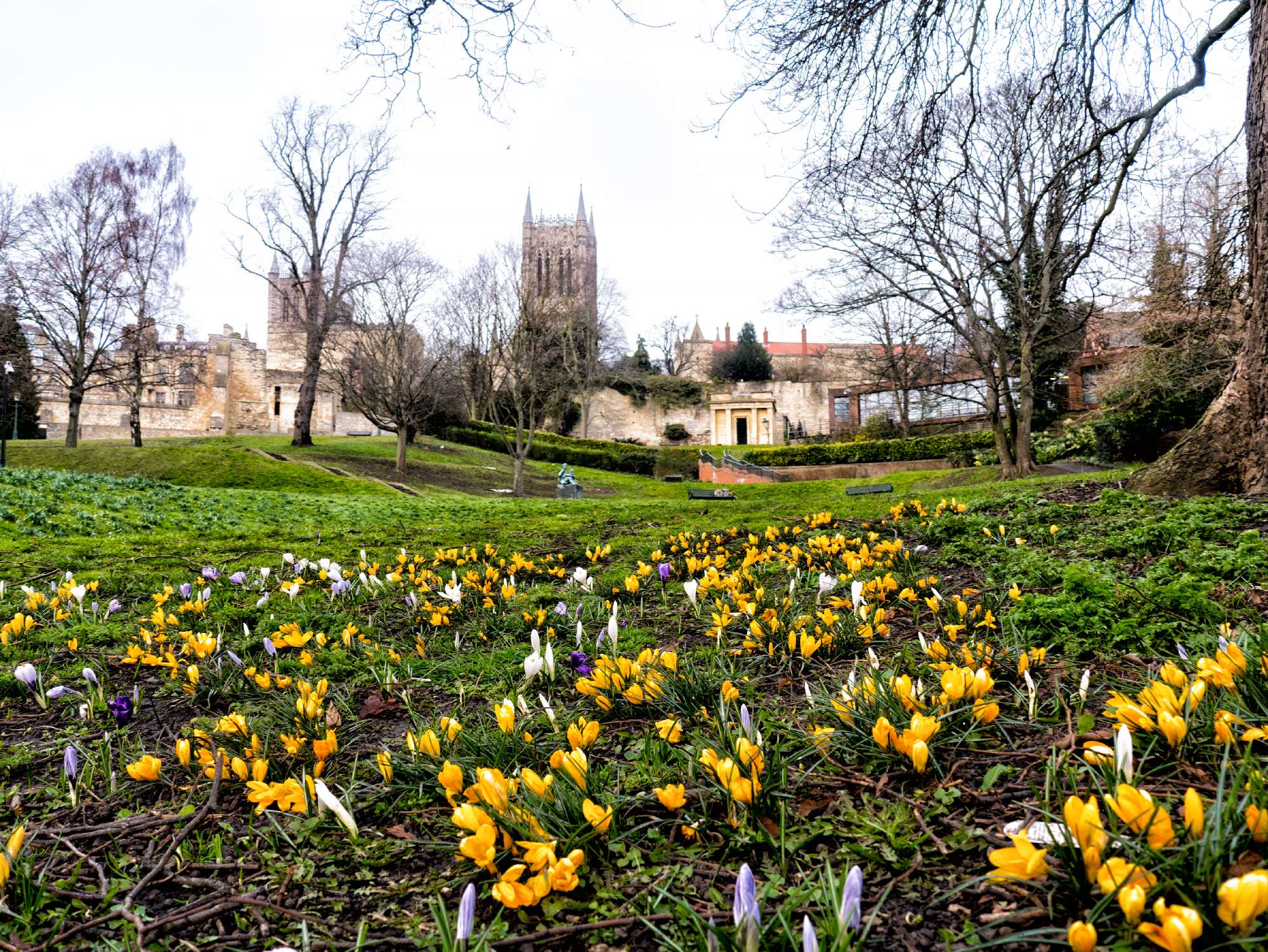 Spring has sprung at The Temple Gardens (you can spot the Temple at the top of the slope, to the right of the Cathedral)

Sadly that’s the end of our Lincoln story – for now. We feel immensely privileged to have chosen a lifestyle incorporating space to immerse ourselves in places such as this.

I left Lincoln on Thursday, collecting a hire car from Enterprise and driving down to Ombersley to spend four days, including Mother’s Day, with my dear mum.

Barry meanwhile scooped up a replacement First Mate, our friend Fred from Sheffield, at Saxilby. From there they travelled down (up!) the tidal River Trent, arriving at Thorne on Sunday where we reconnected following a return drive for me (in a rather splendid brand new Fiesta!), followed by three trains. The joys of narrowboat living and reliance on public transport meant I relished a fair portion of time catching up on a few things waiting at stations and sitting on trains.

Barry and Fred experience few adventures of their own – I’m tasked with posting some photos and ‘interviewing’ Barry for his recollection of them. Suffice it to say, I’m rather thankful I missed out on the intrepid Trent this time …