The past few nights have been surreal. An eerie light emitted from a full moon generally leads to brightness, but when it’s magnified by the reflecting whiteness of a ground carpeted in snow, even complete cloud coverage makes it look almost like daytime. Having to get up at least once a night, as is the pattern of a post-menopausal women, does have its benefits!

Mother Nature has surpassed herself recently – though I suspect much of the recent extremes are more likely due to the instant gratification needs inherent in humans nowadays, and their unwitting quest to destroy the earth.

This morning we were greeted by the outlook of a thawing river, mostly flowing freely. What a relief! What wasn’t so welcome was the sight of occasional dead fish floating by.

We decided it was opportune to brave the elements and take the chance of a clear passage to Bardney Lock, and the potential to fill our tanks with water.

As we stepped tentatively outside to untie the now thawed ropes, we saw a distressing sight. Lodged between the boat and the floating pontoon was a group of dead fish. Then we realised they’d floated from the other side … There were hundreds of fish there apparently trapped beneath the ice, seeming to be dead. One or two were furiously swimming, wondering where the surface had gone. 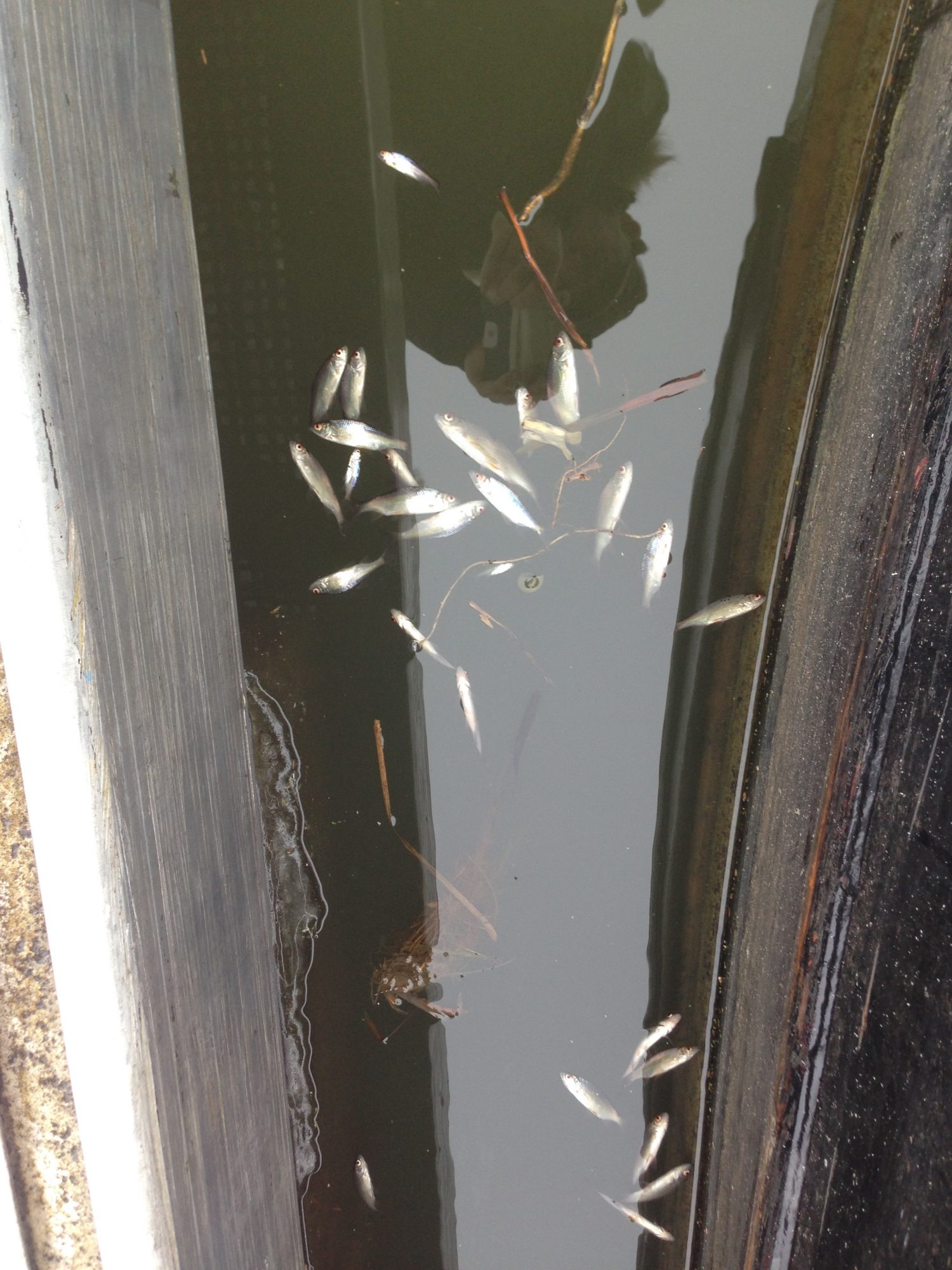 Grouped by the side of the boat 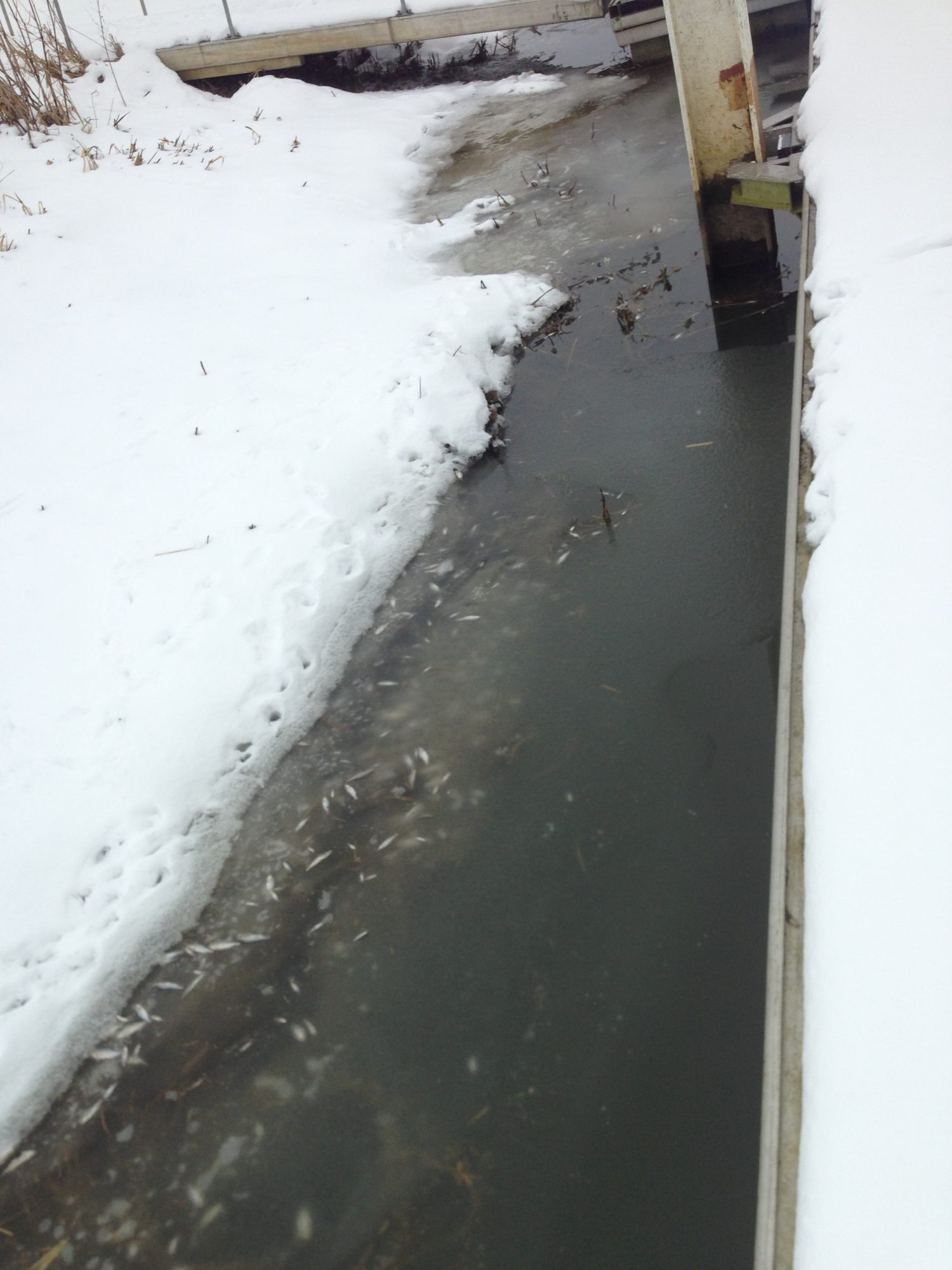 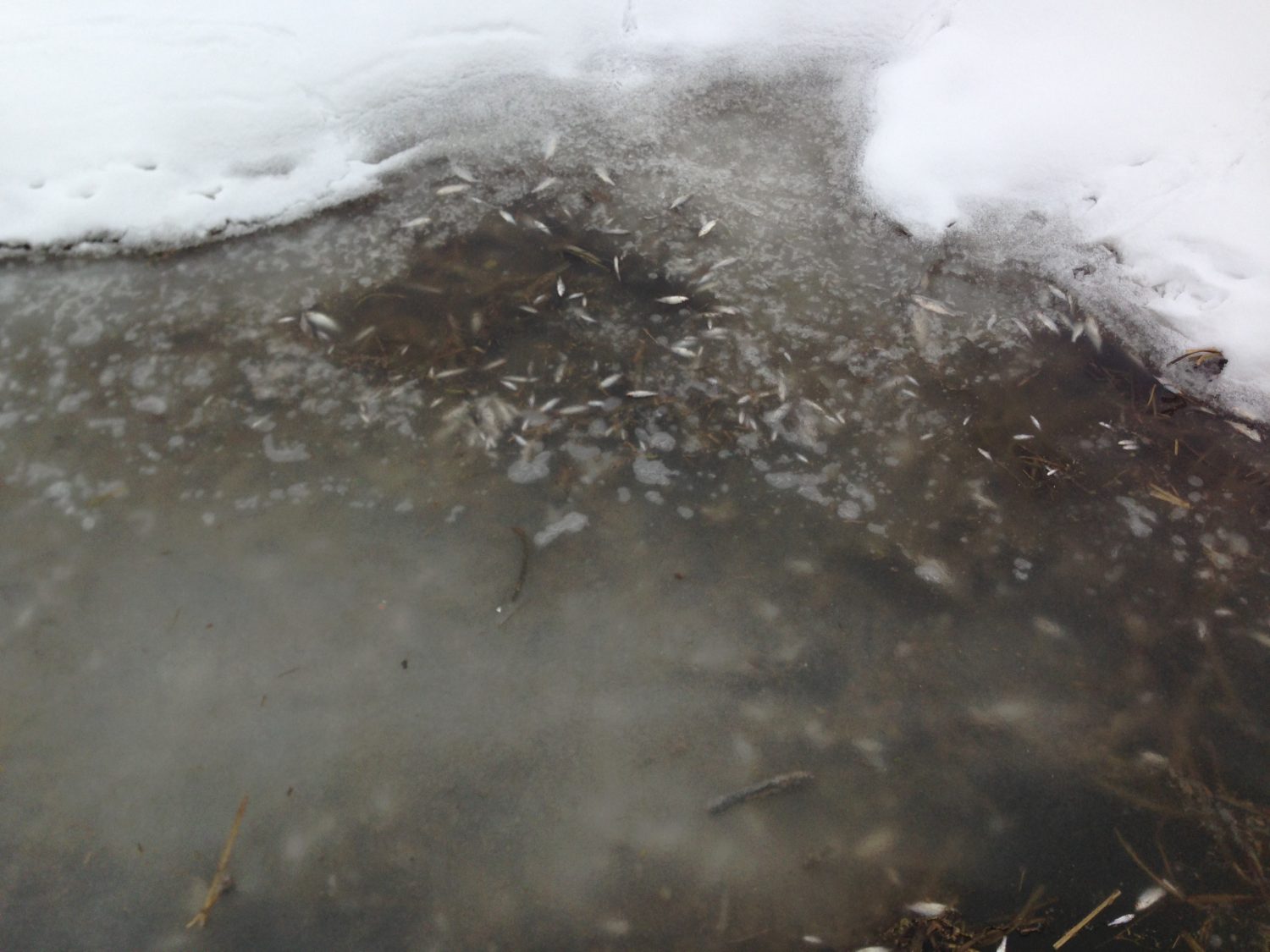 On the other side of the pontoon …

Unfortunately far worse was to come …

A few places were still frozen, especially near the entrance of the lock, and Areandare took on her ice-breaker persona once more. The lock gates were open, so once through the frozen parts we glided in easily. Only to be greeted with .a scene of devastation … 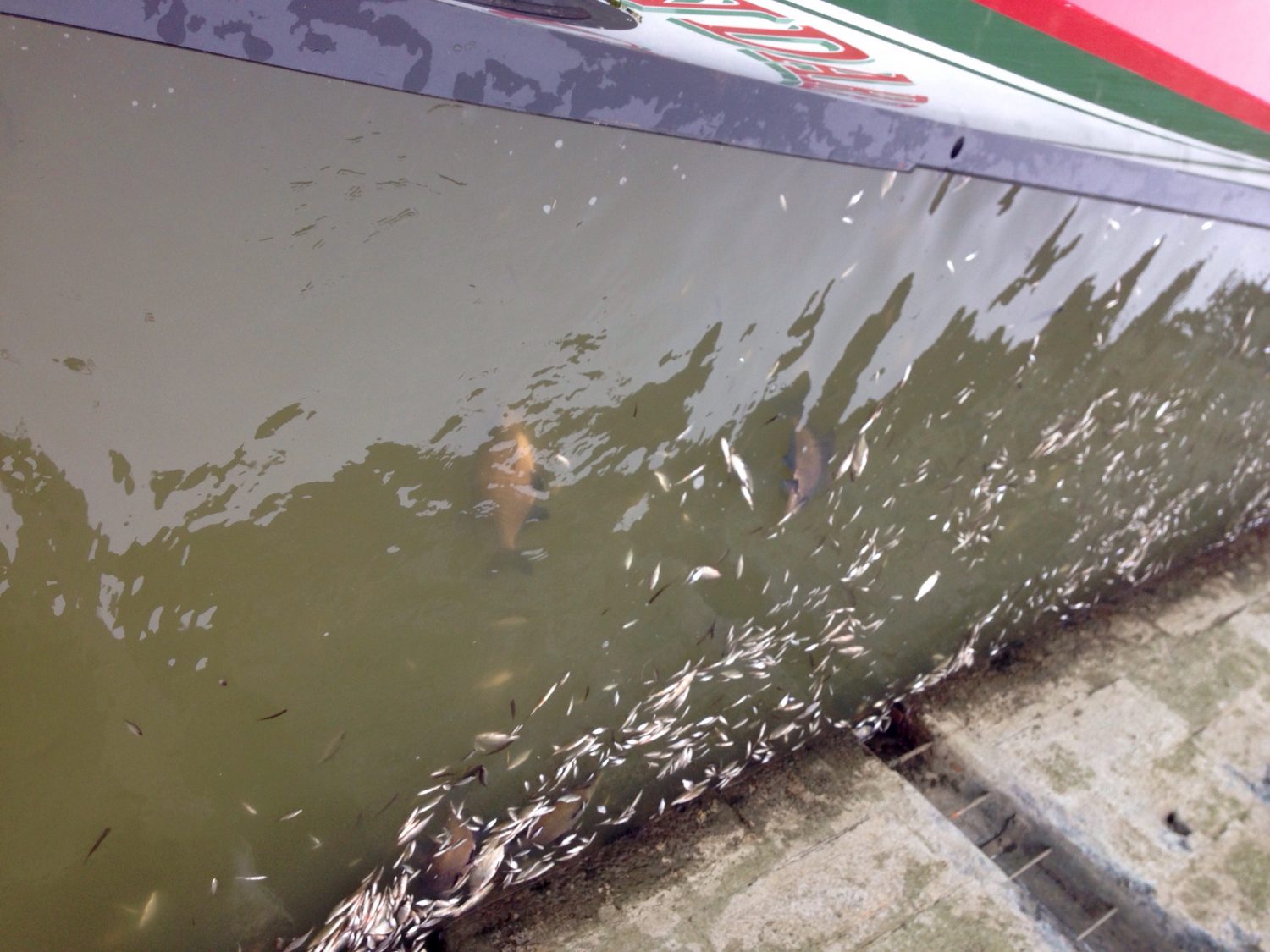 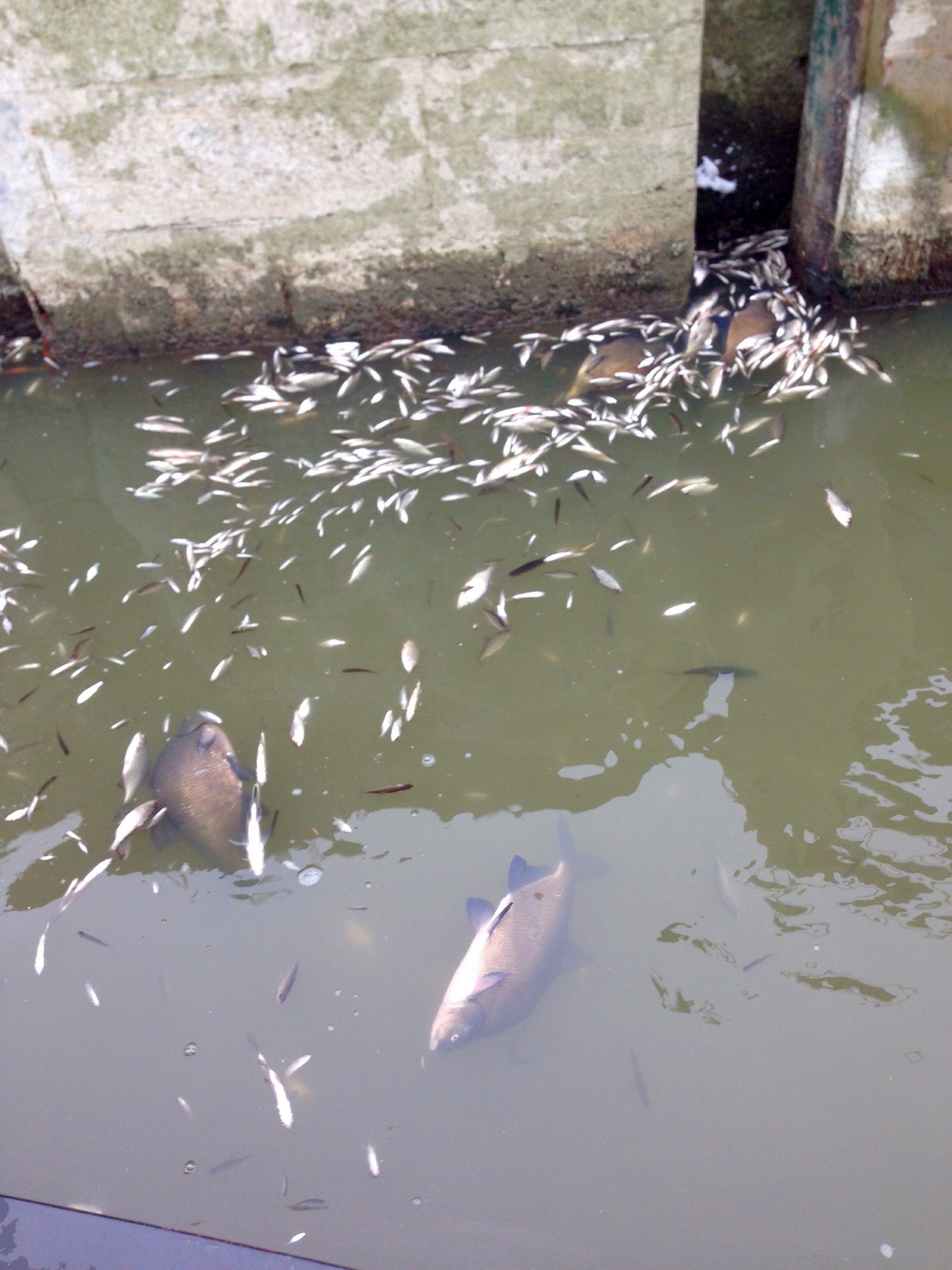 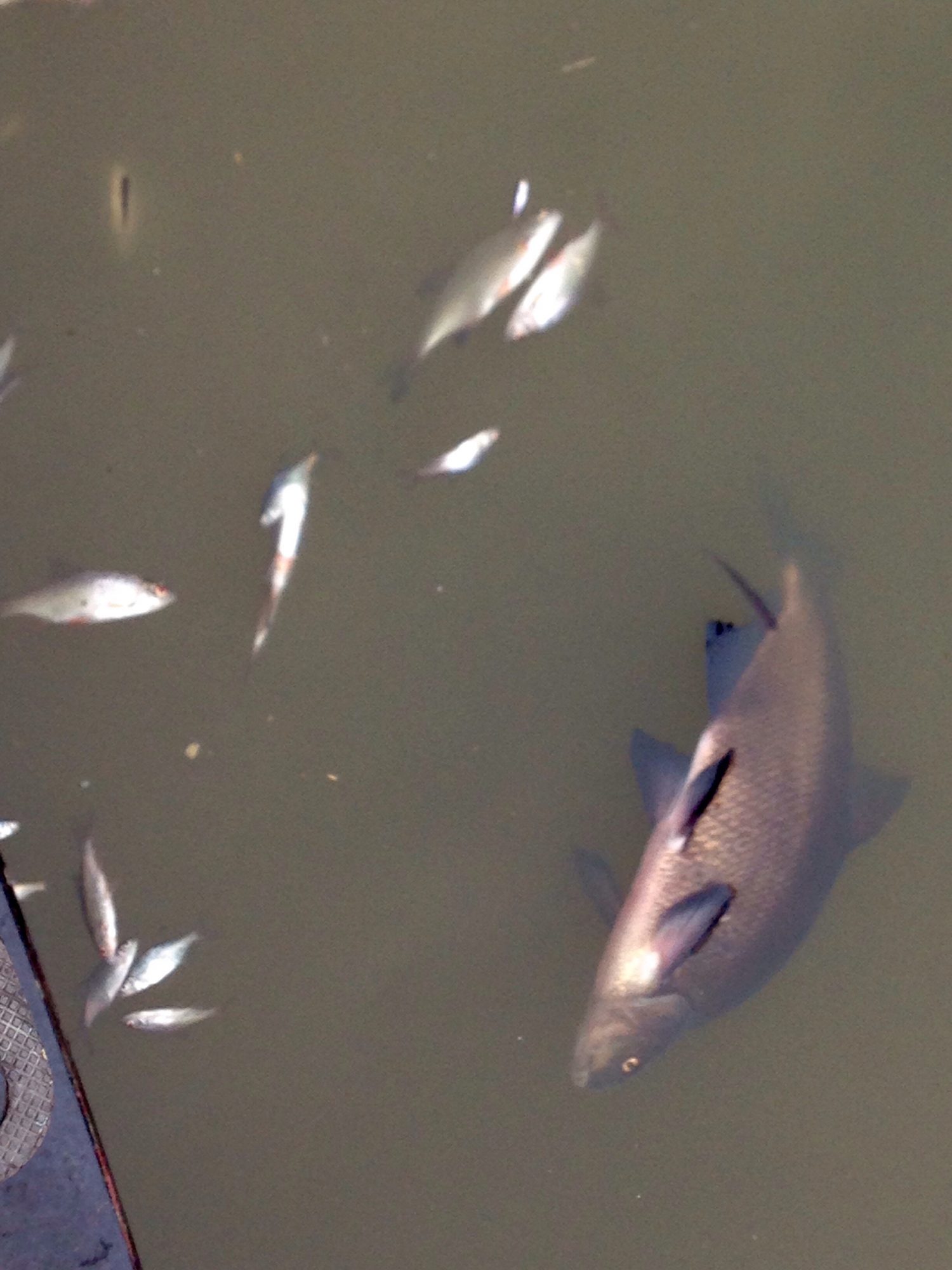 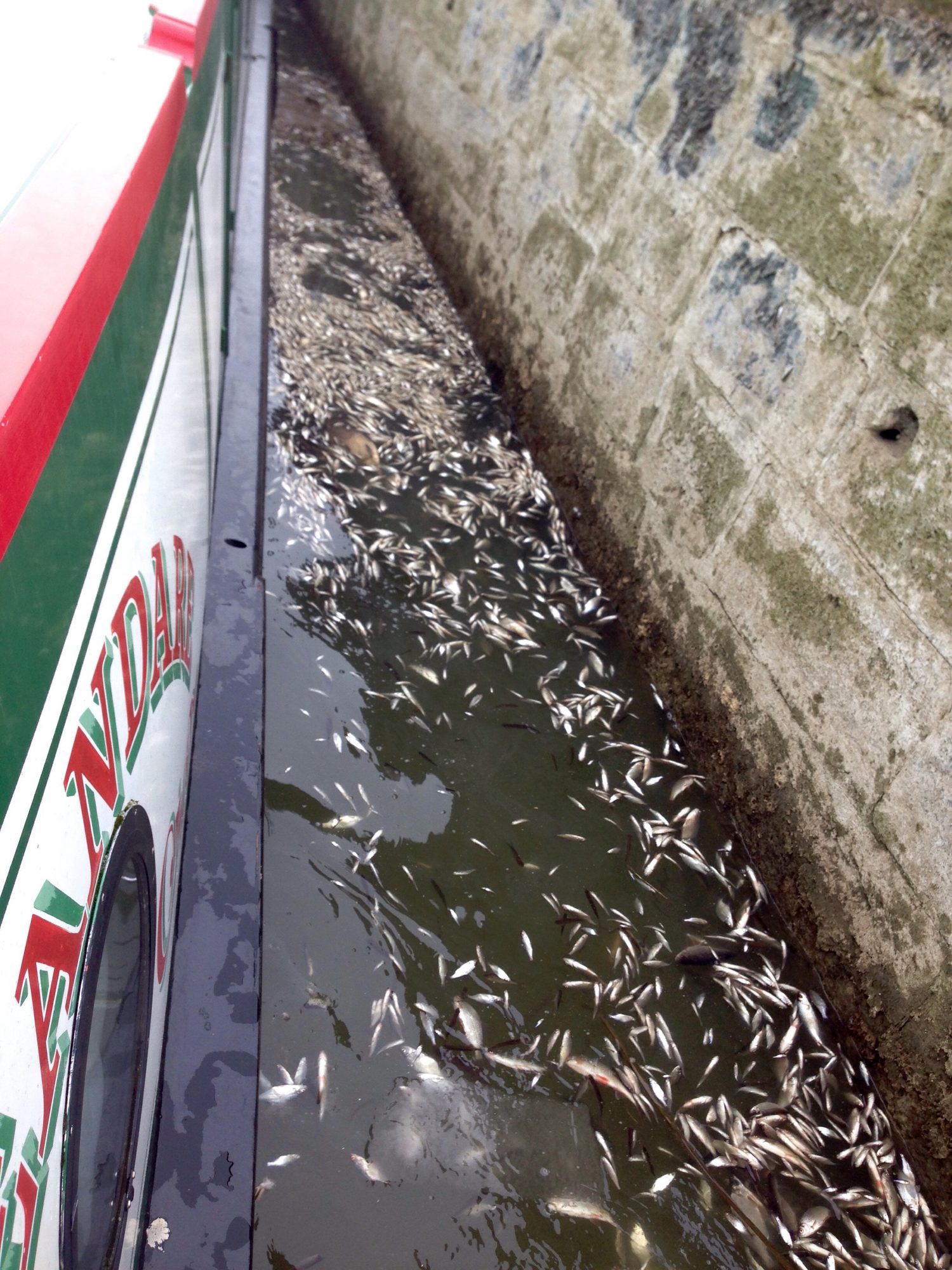 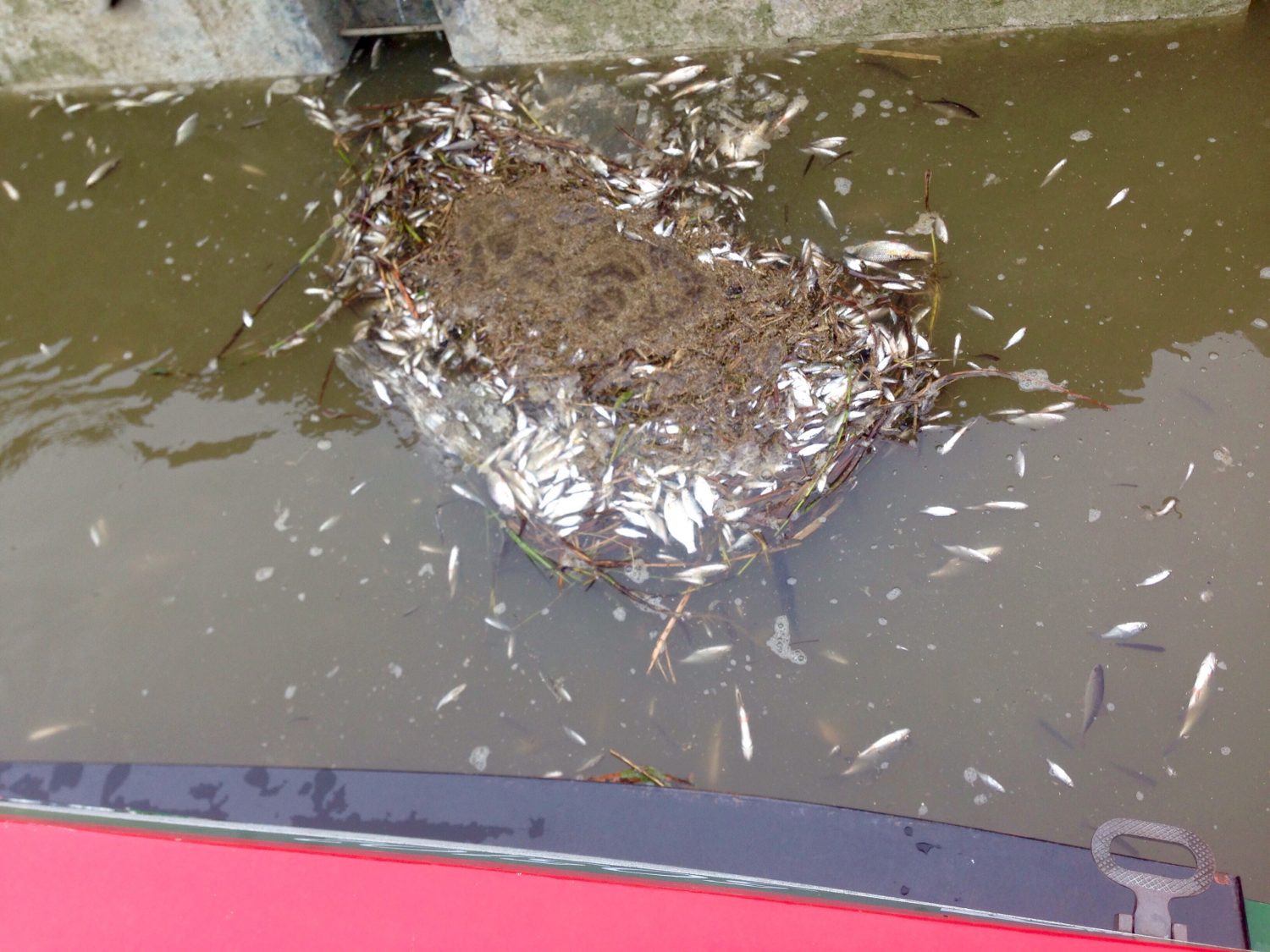 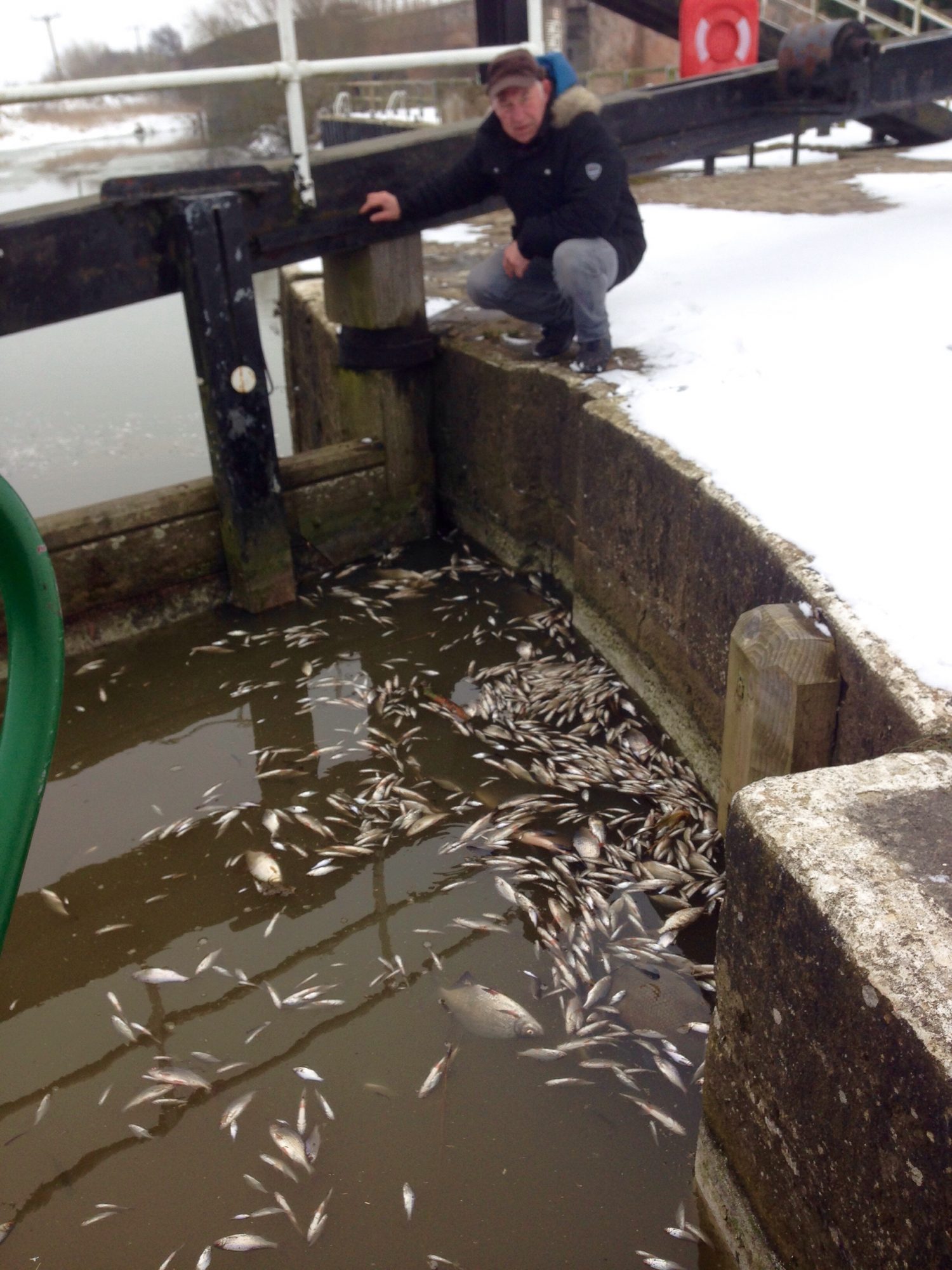 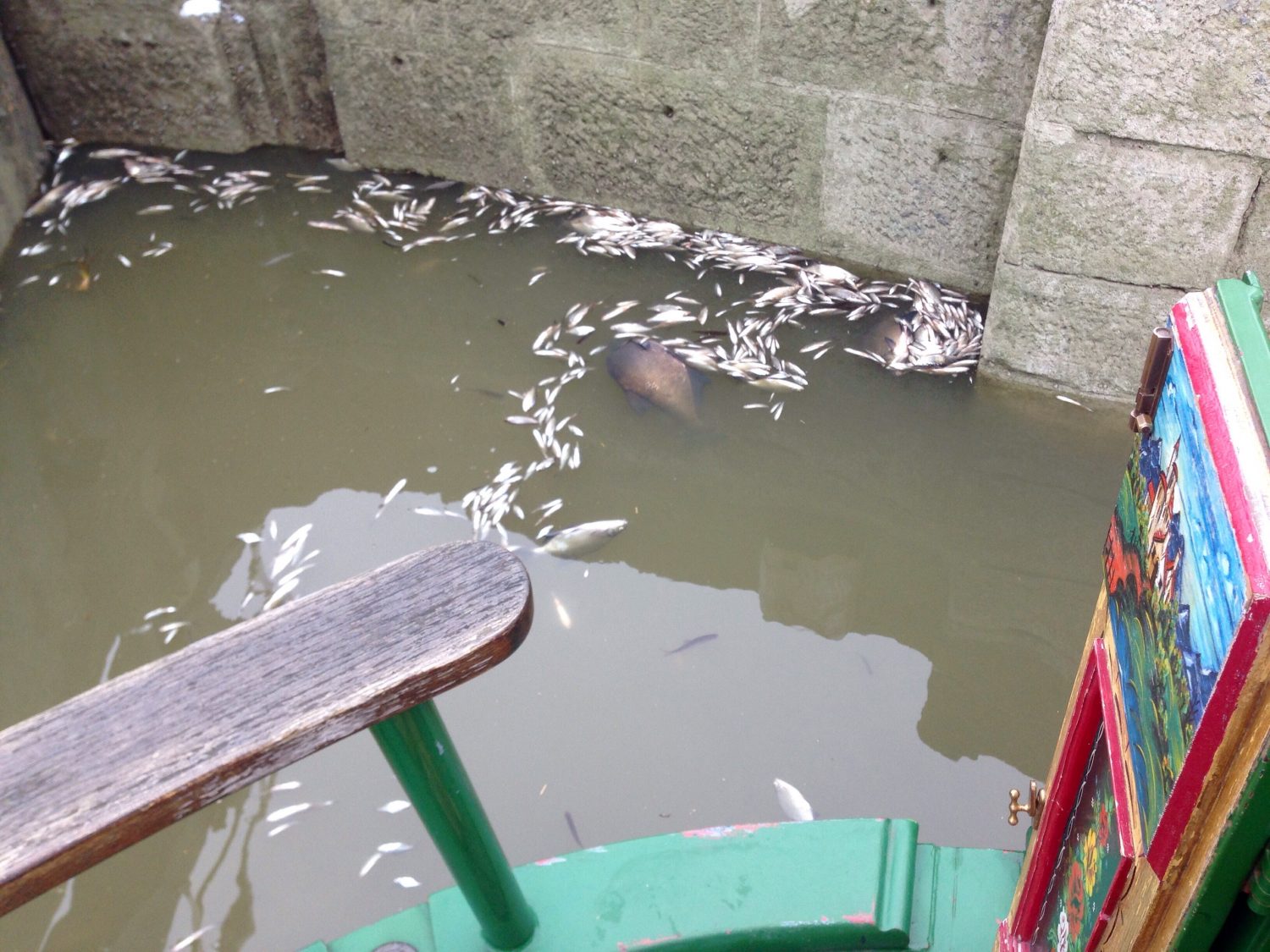 It was upsetting to see so many deceased fish. As before, a few were clinging to life – maybe as the water warms up they’ll revive themselves?

Although we were able to fill the lock, stubborn, thick ice lay ahead for about 100 yards. Barry got the long pole from the roof of the boat and did his ‘Scott of the Antarctic’ impression again.

The lock gate slowly nudged open. Not a promising scene. If we were extremely foolish we reckon you could walk on the body of frozen water. We definitely had no desire to attempt to move through it with the boat; not today at least. 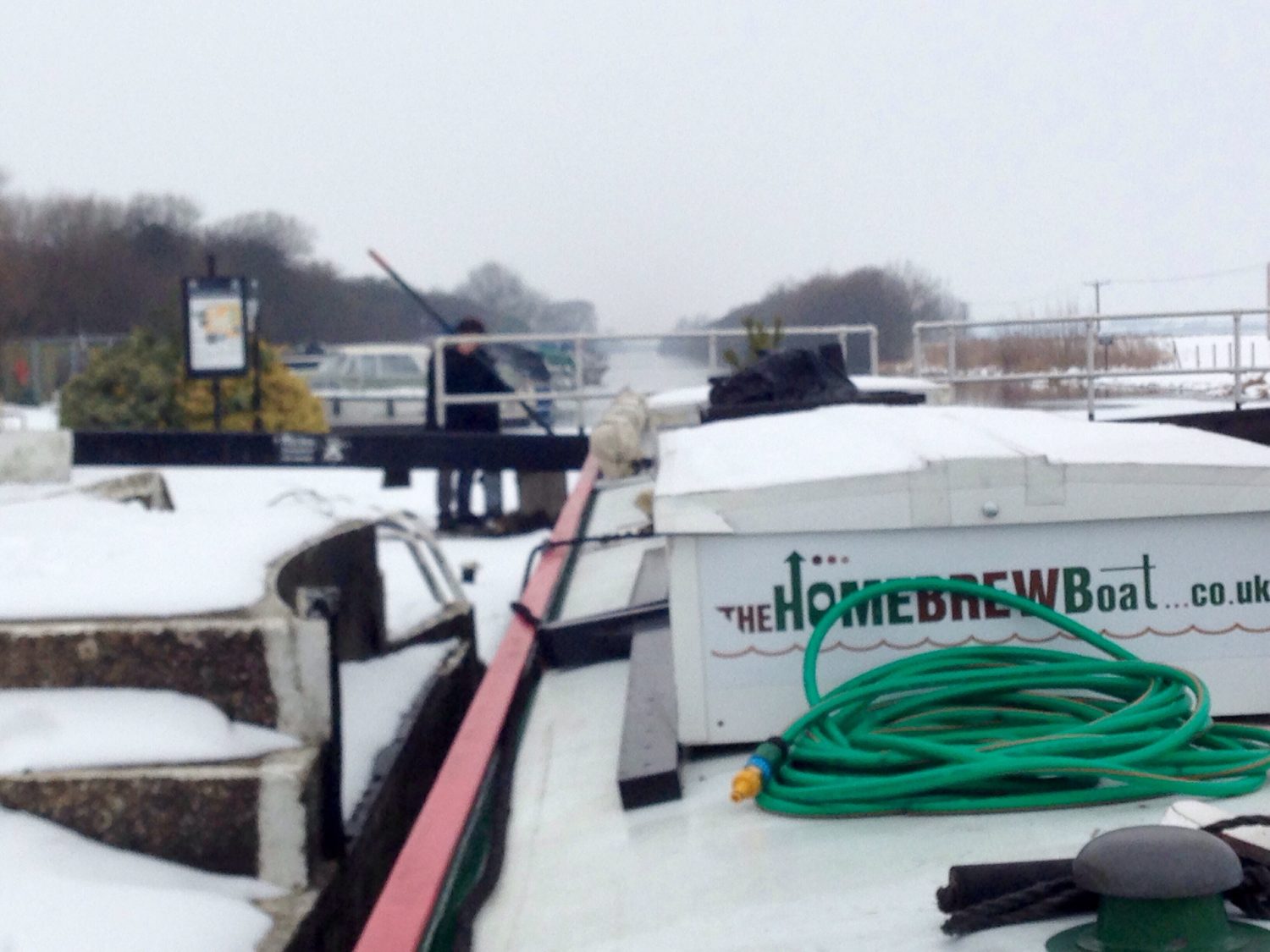 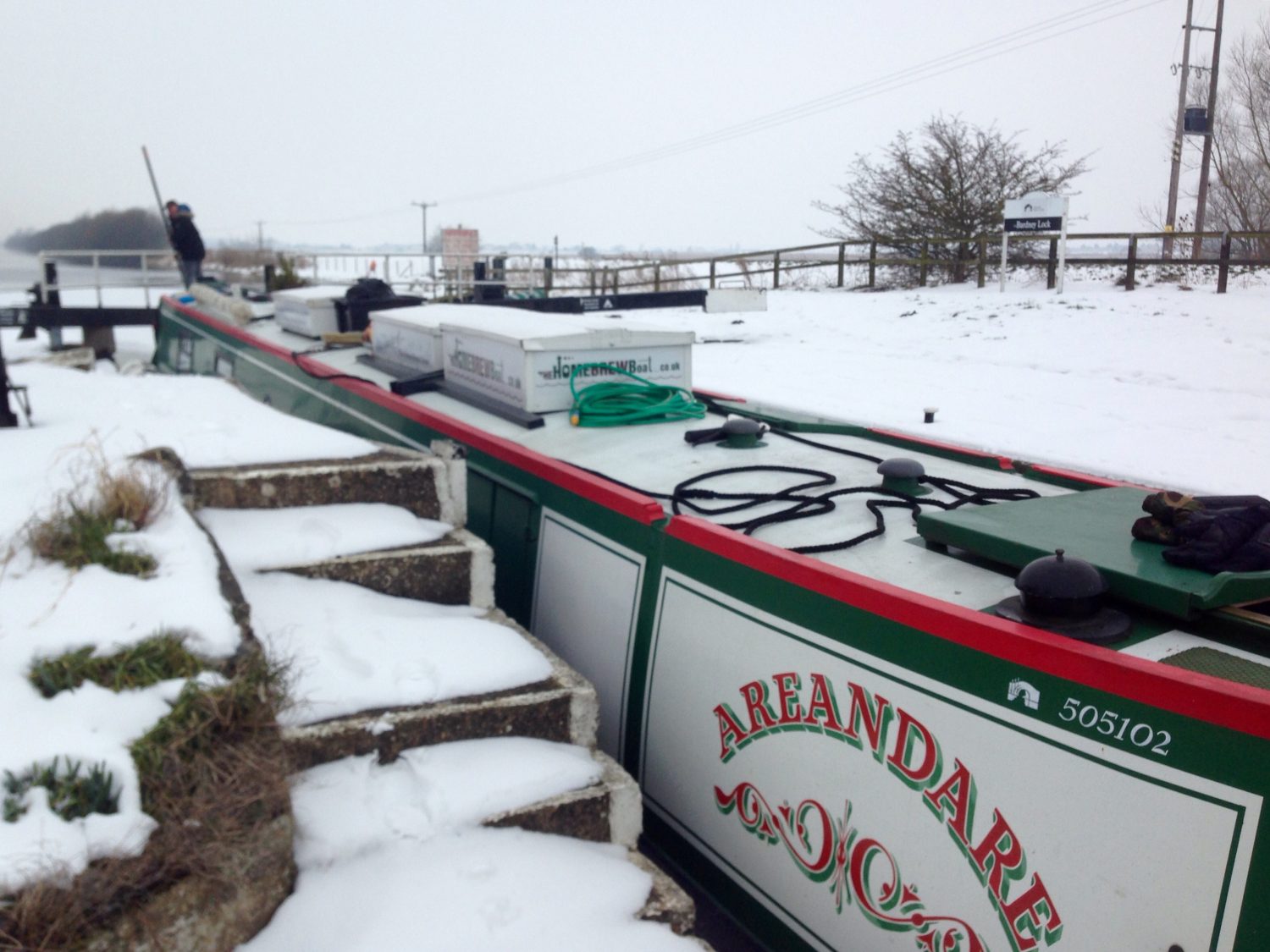 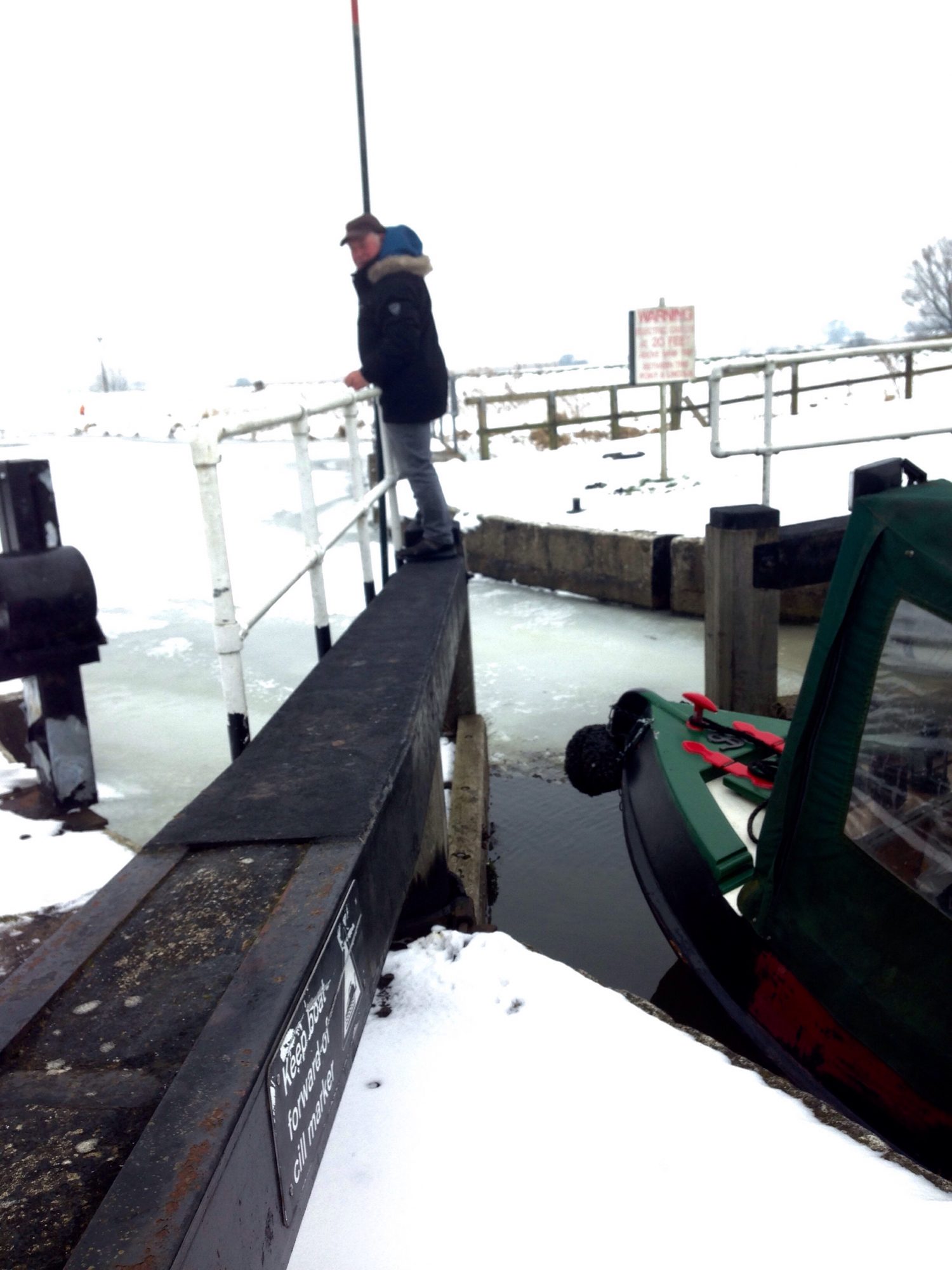 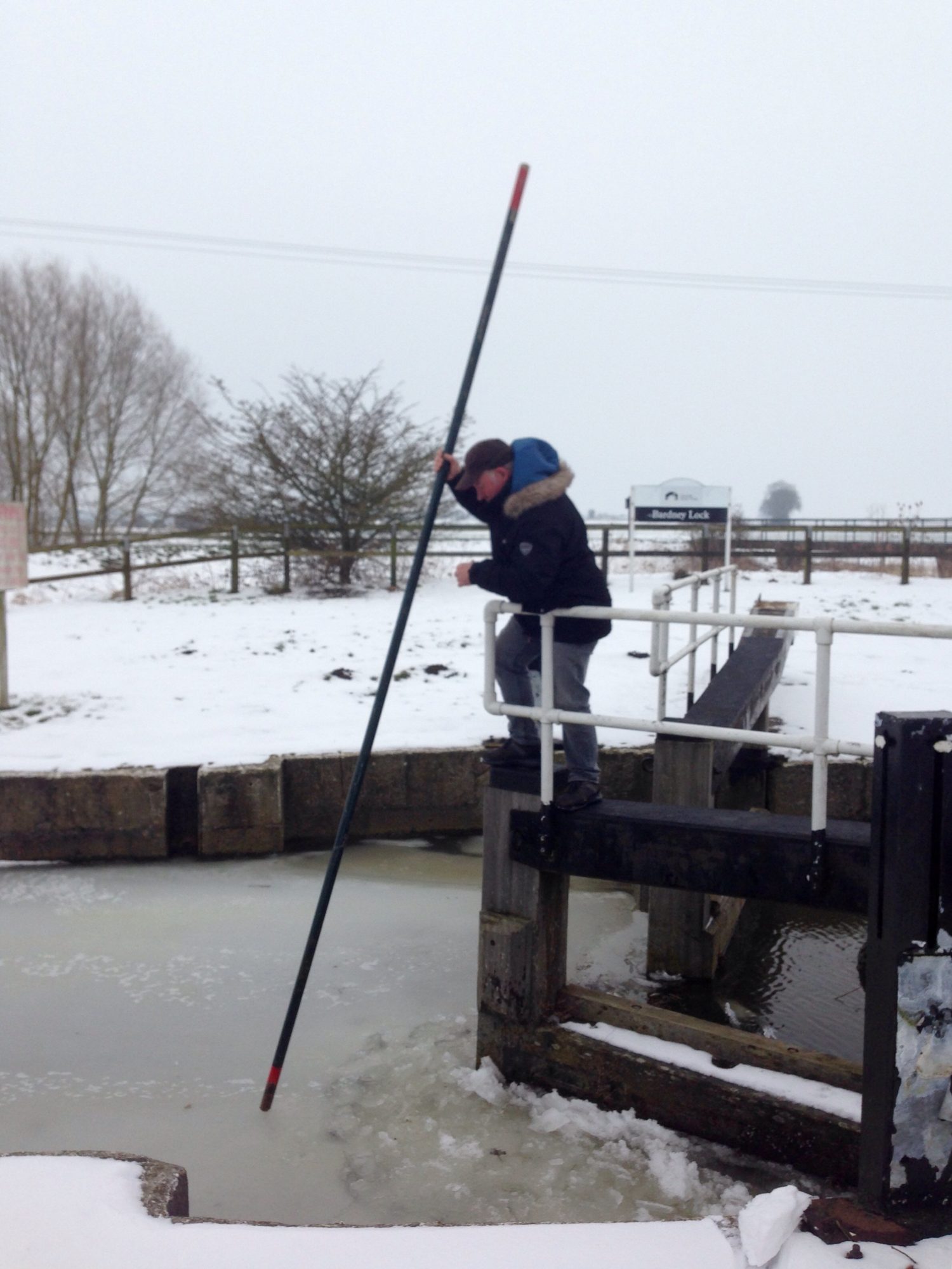 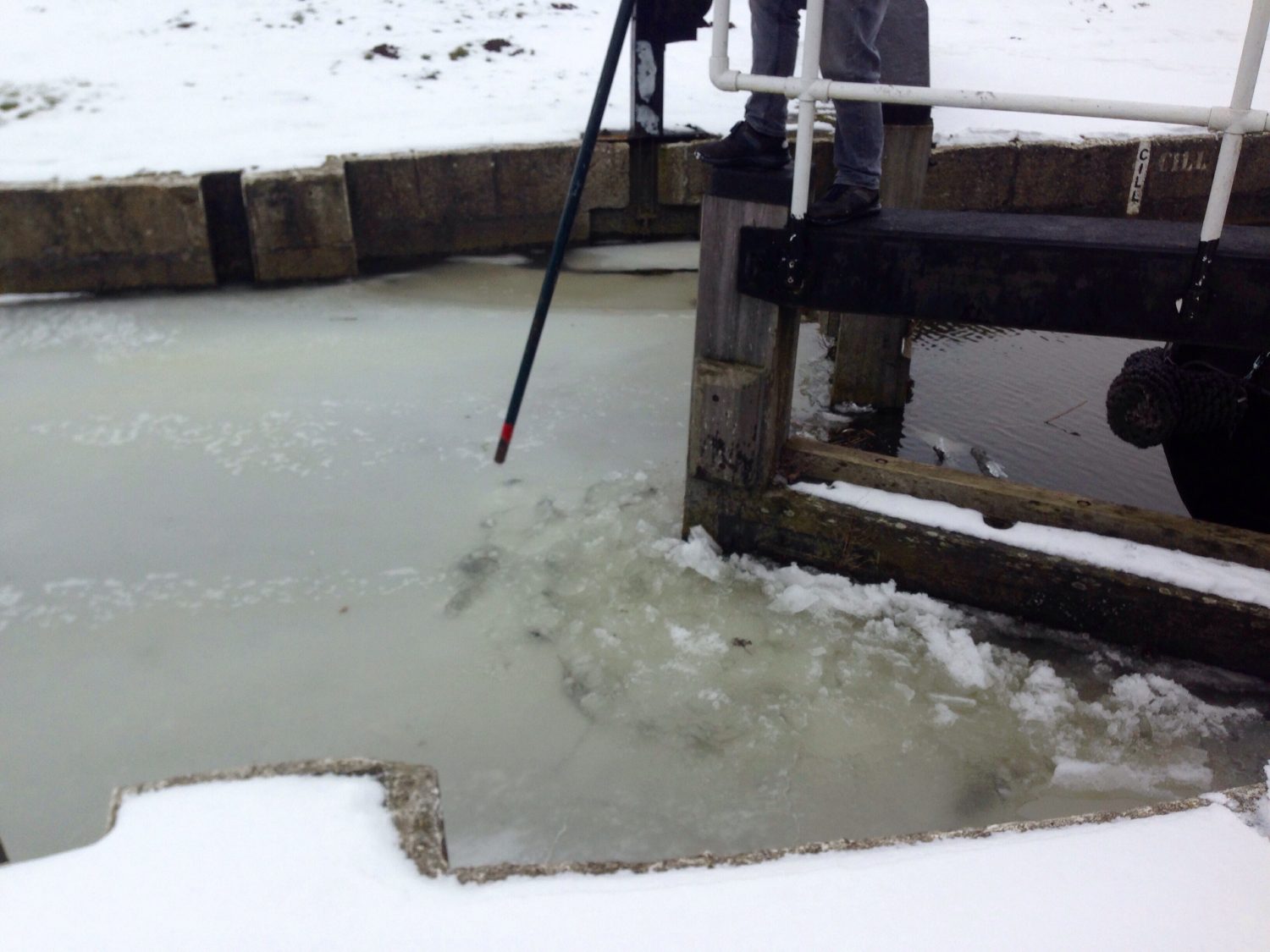 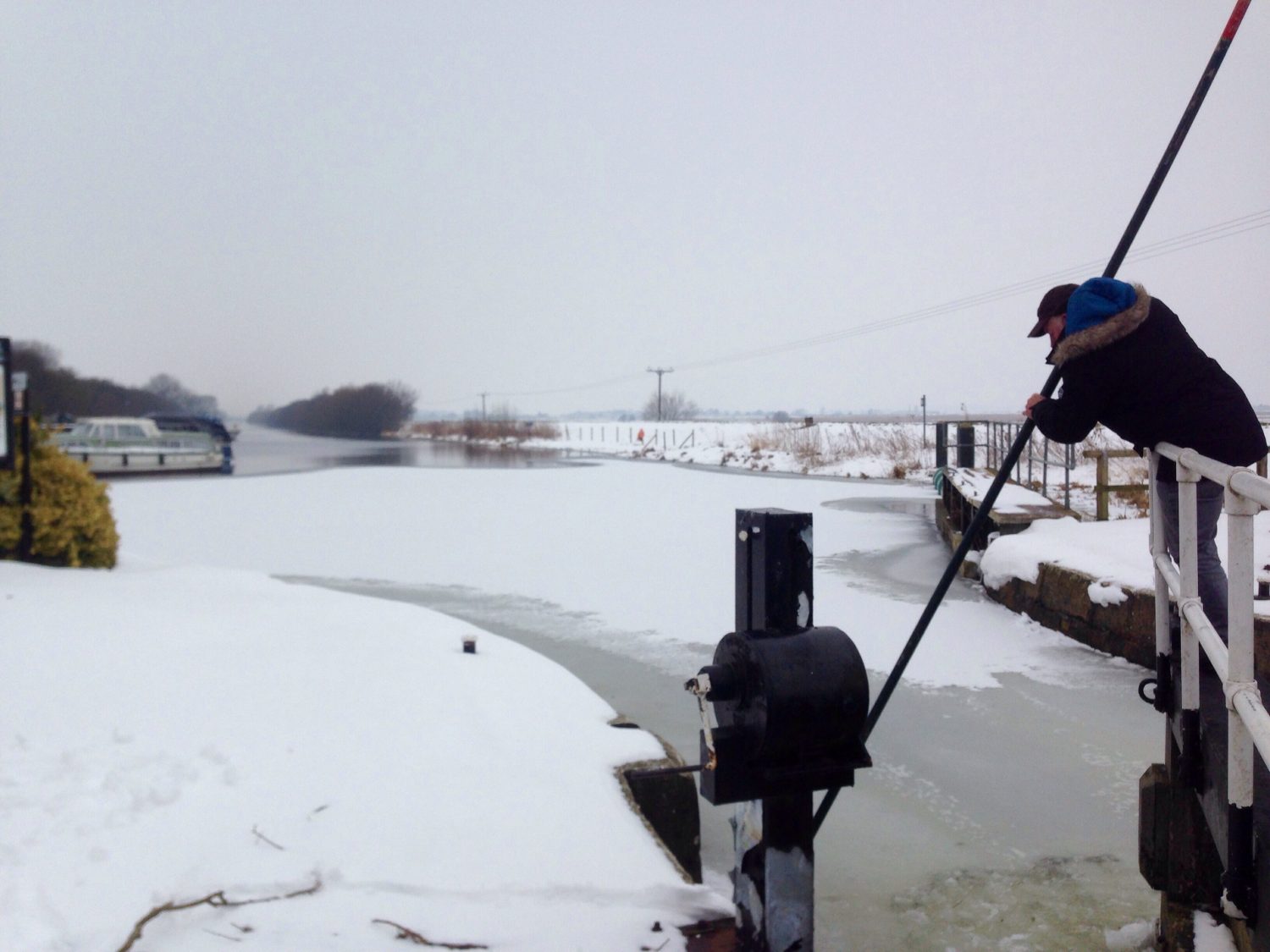 Fortunately for us, a clever boater (we imagine) had left one of the taps dripping slightly to prevent it freezing. And Barry, as a spectacular can-do-Kiwi, continued to break the ice and move us forward enough to reach the hose to the tap and the other end to our tank openings. 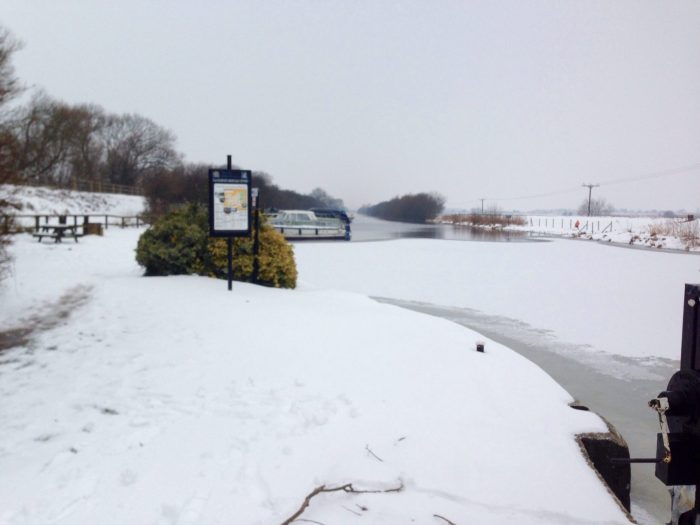 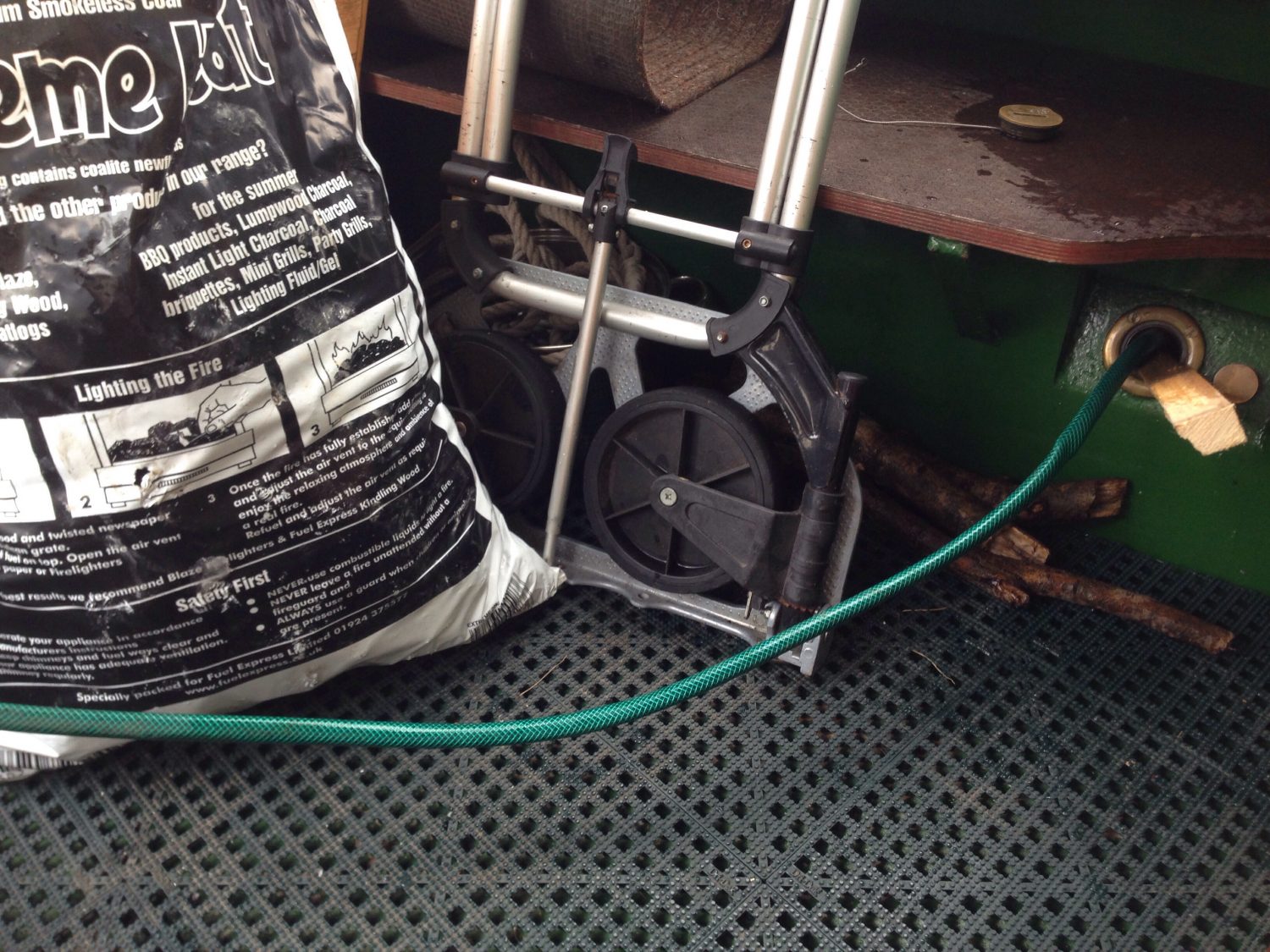 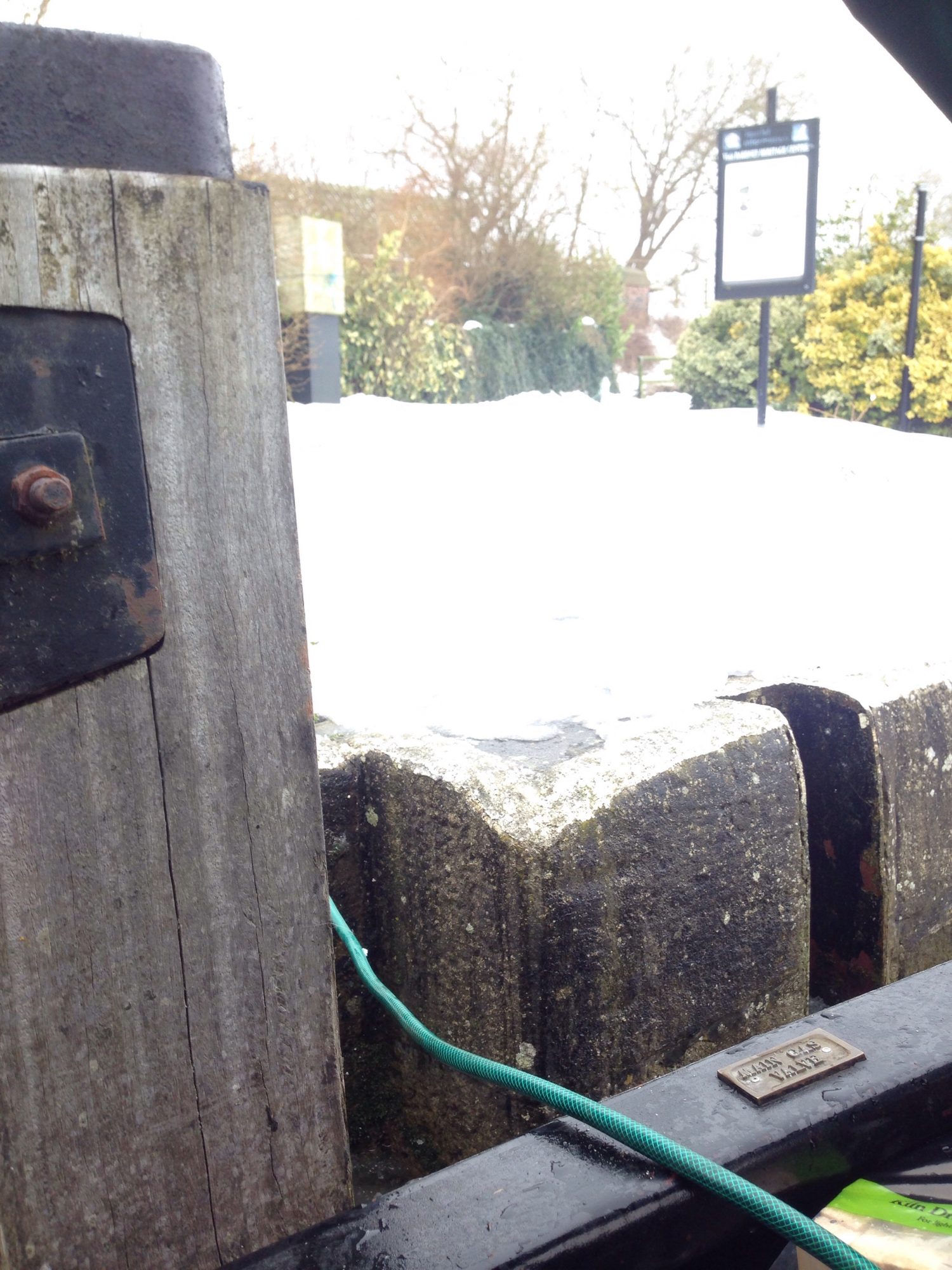 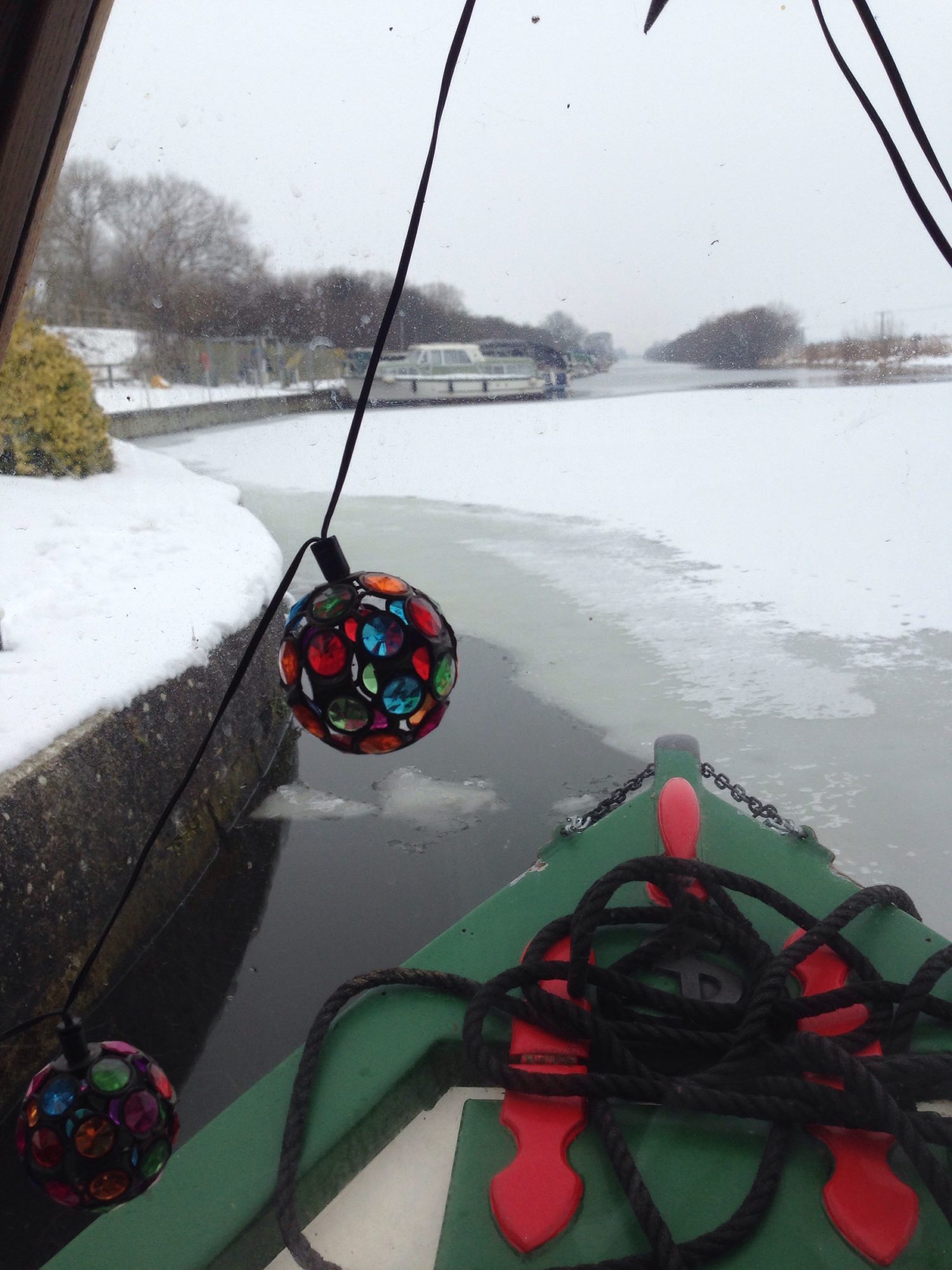 Hurrah! We have water! And this afternoon I relished a hot shower AND a hair wash (things you can so easily take for granted). It’s rather wonderful to feel clean again – not that I was particularly ‘dirty’ or in distress; I’m just used to a daily shower and feel uncomfortable without it. A minor inconvenience is all …

Bit by bit we’re edging closer to Lincoln. So much for Barry’s idea of a short diversion to Boston while I was at Lisa’s! That’s life, you never know what’s round the next corner.

4 thoughts on “Casualties caused by the current cold”