The luck of the draw definitely isn’t on our side at the moment! Although Tattershall Castle would normally be open on weekdays now from 11 to 5pm, today it’s highly unlikely anyone there would be braving the elements. We most certainly weren’t keen on venturing far …

However, there has been some unexpected consolation for our recent missed opportunities. Our Tattershall Bridge mooring brought some incredible entertainment yesterday evening. With RAF Conningsby nearby, around a dozen of planes flew loudly overhead. One stayed for about ten minutes and performed an acrobatic display – it felt as though it was just for our benefit. Flying straight up, straight down, round and round, upside down. A breathtaking free performance from a Typhoon FGR4 Combat. No photos. It wouldn’t have done it justice and we were too mesmerised. We do however have some from when Barry watched them while I was away … Thank you whoever you were!

This morning it seemed the predicted atrocious weather being blown in from Siberia, appropriately ‘The Beast from the East‘, made its presence well and truly known especially here in Lincolnshire. Thank goodness for our multi/fuel fire, and the Valiant Flue Pipe Fan we’re currently trialling (more to come on how that’s performing in the near future). 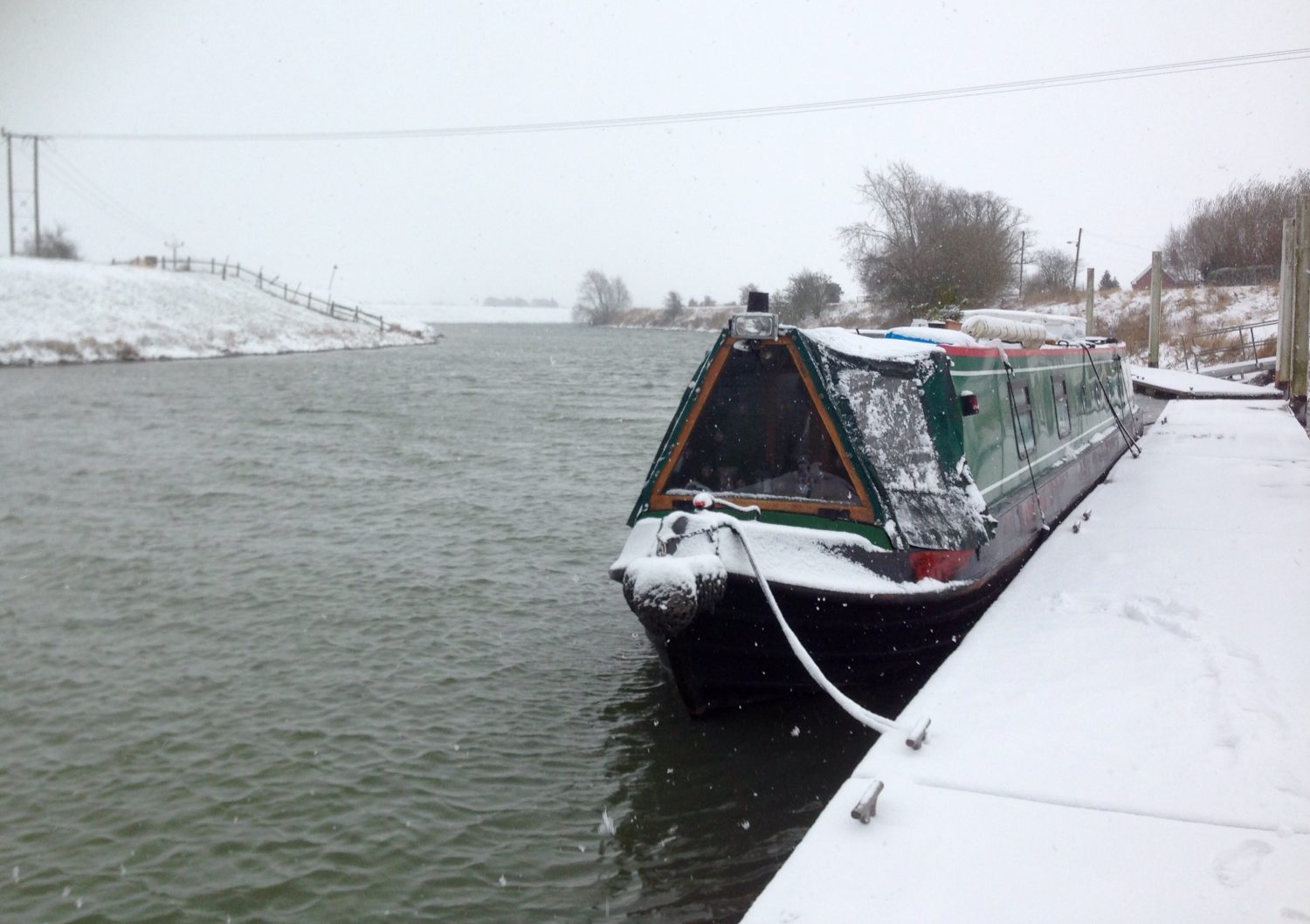 A big dump overnight and this morning on our mooring at Tattershall Bridge; around four inches of snow 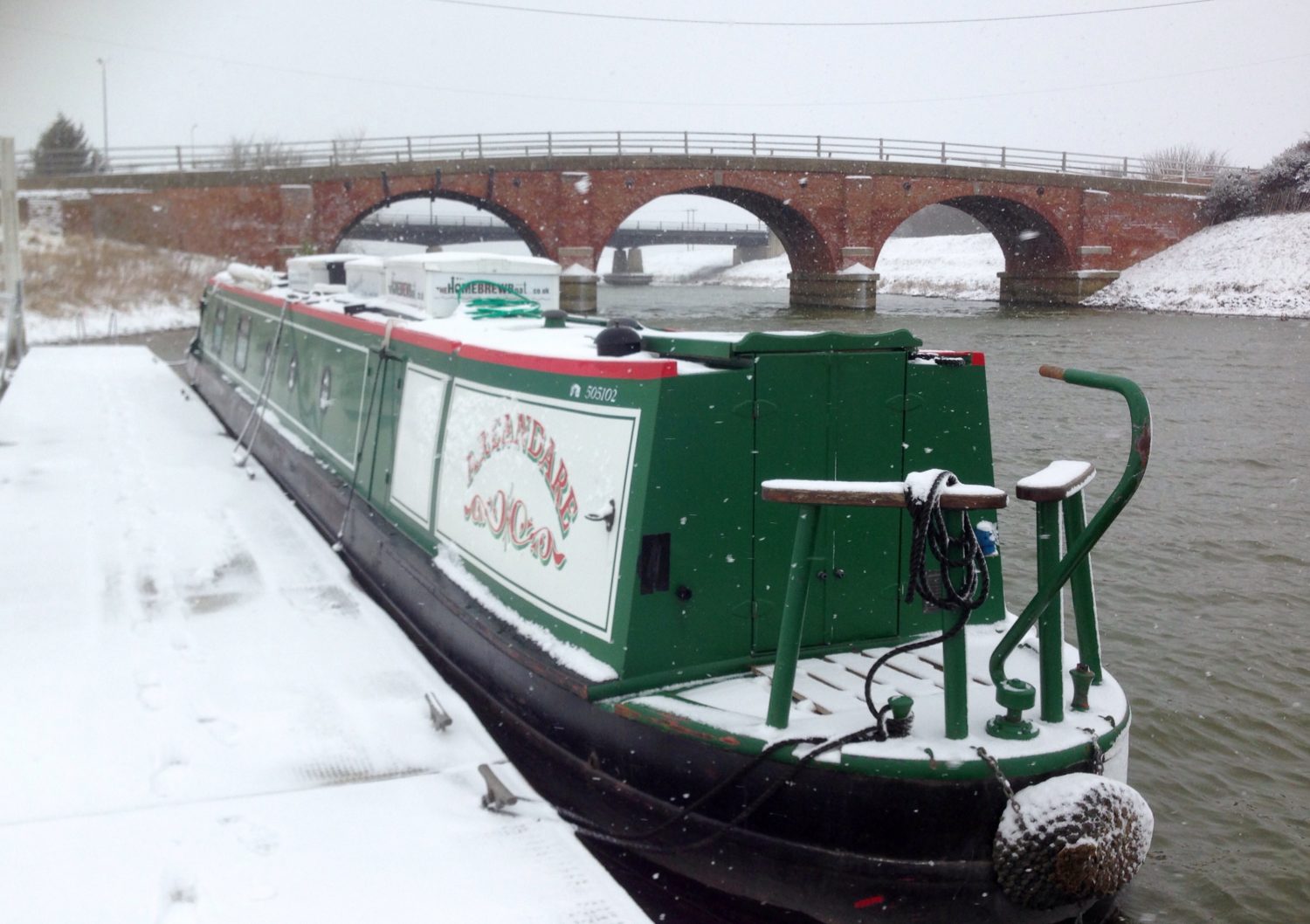 Rather beautiful in the whiteout, though visibility is rather limited 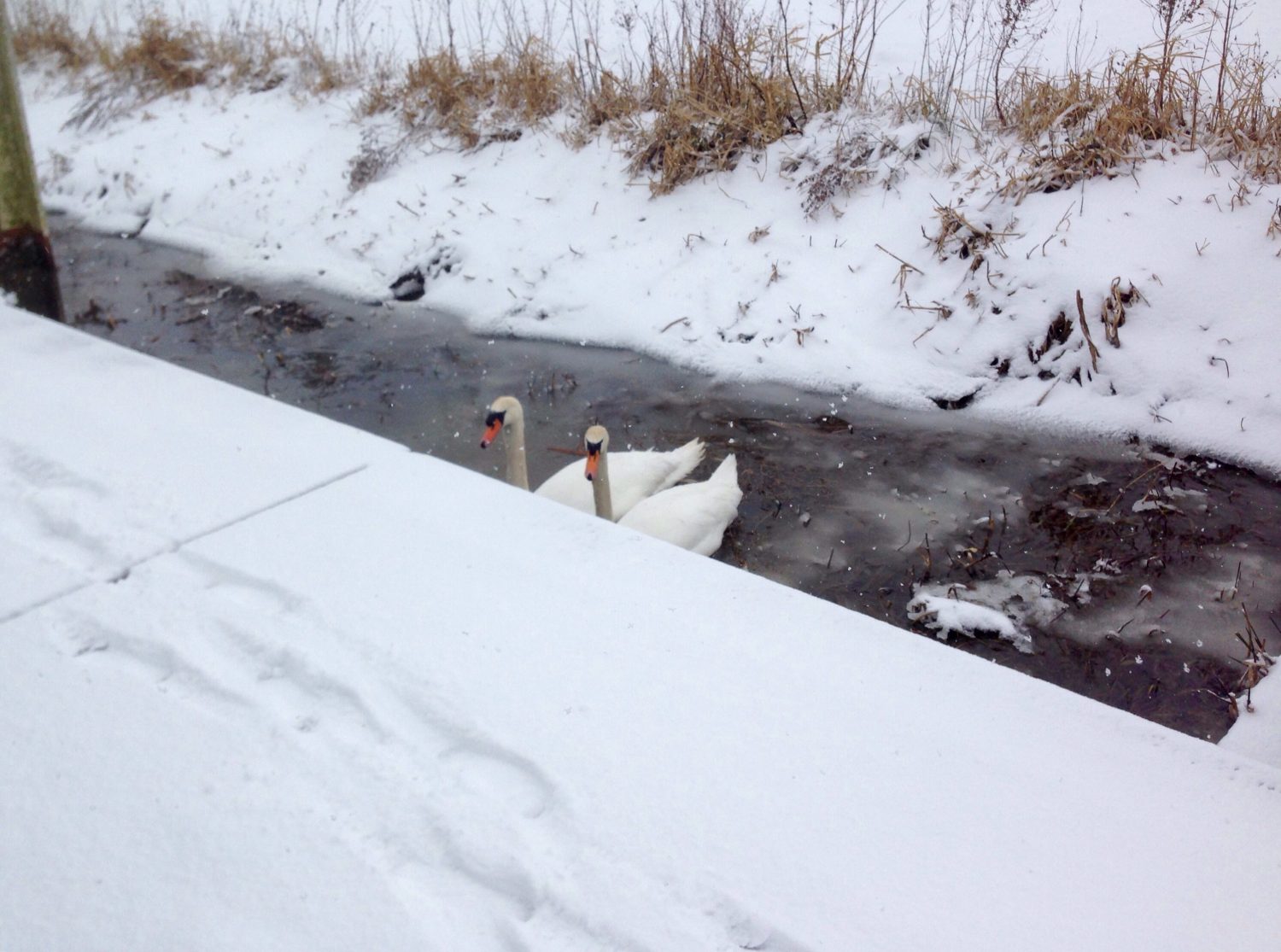 We’ve managed to move a little further towards Lincoln today, mooring up at a settlement called Dunston Fen (we’re unlikely to explore the area though!), not far from Southrey, but with high winds as well as below zero temperatures predicted tomorrow, it’s likely we’ll be sitting tight now and firmly battening down the hatches! Barry was extremely thankful for his choice of a Traditional narrowboat as it meant he could shelter inside the back doors as he drove the boat along the River Witham. No point in us both freezing is there?! 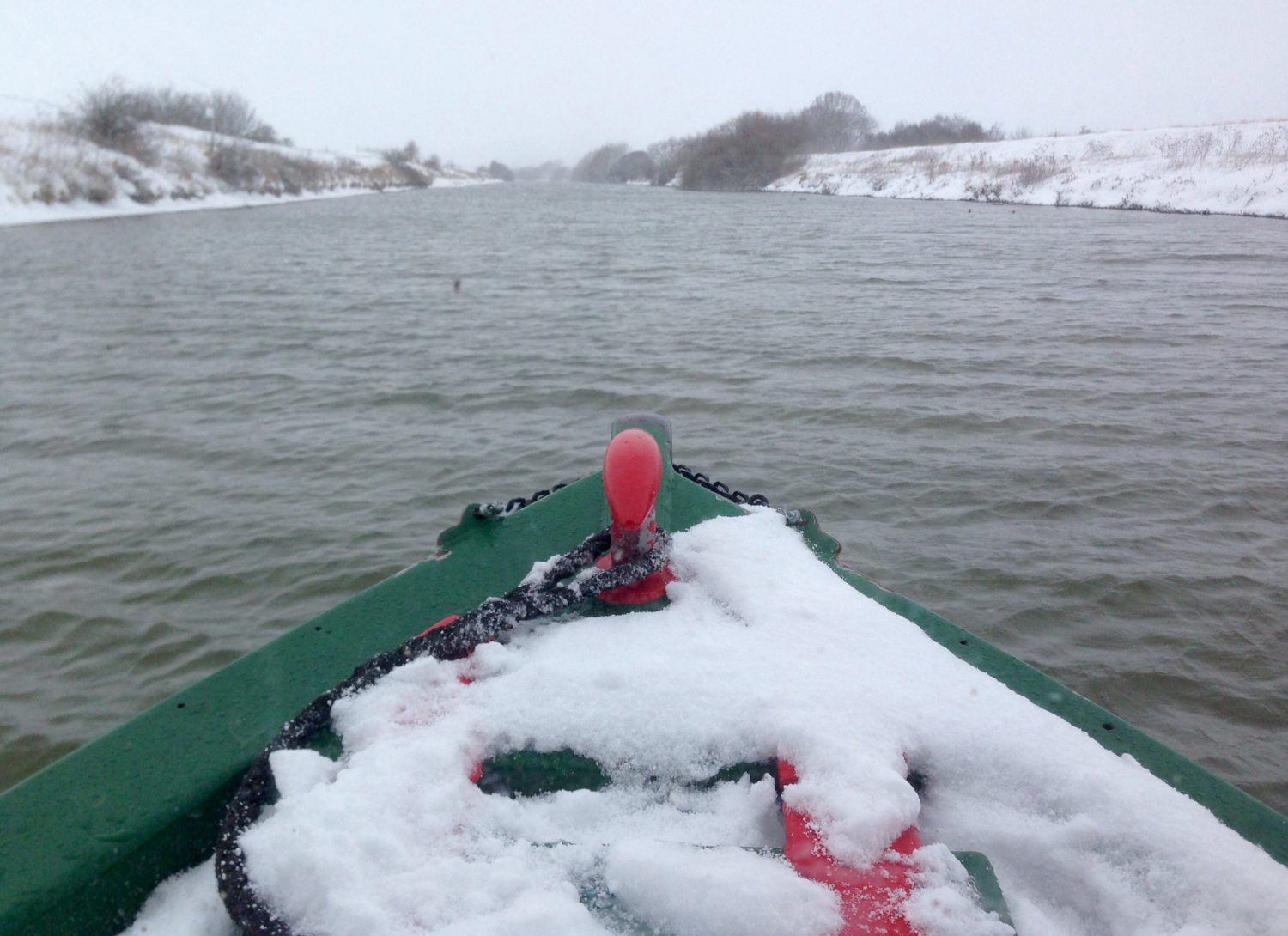 No sign of a break in the blizzard today 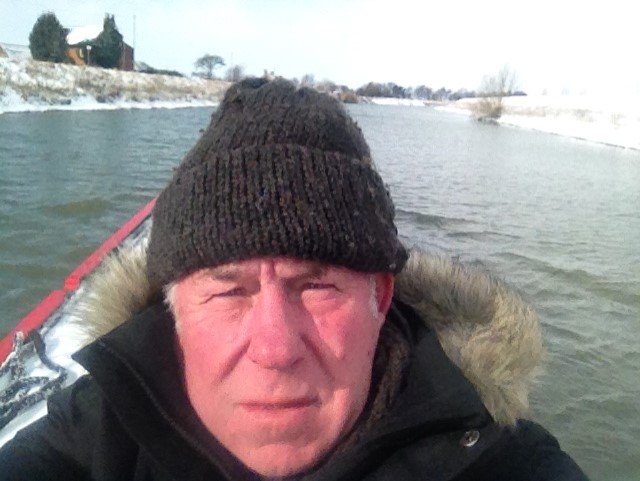 I’ve got a hire car booked from Sheffield next Thursday, with Enterprise, to travel to mum’s. It’s looking rather dodgy to be honest. The Fossdyke may be frozen; if we even manage to get that far before the end of the weekend.

Nothing we can’t handle. It’ll all work out fine, we’ll just take it one day at a time and adjust our travel plans if necessary. It’s marvellous to have the ability to be so flexible …