Managing the more than 2,000 miles of Inland waterways of the United Kingdom must be a mammoth task. In 2009 and 2010, when we first ventured to live aboard a narrowboat and enjoy all these treasures, they were maintained by British Waterways (BW). In July 2012, the year before we returned, British Waterways was transformed into the Canal and River Trust (CRT); emerging as a Charity in July 2012.

Richard Parry took over the helm as Chief Executive in July 2013 (just a few months after we arrived ‘indefinitely’), to steer this new body forward. As with most things in life, you’ll never please all the people all the time. Many you’ll never please whatever you do, for whatever reason they decide. We’re all looking through our unique lens with a lifetime of differing viewpoints and perspectives.

Barry and I love Richard. From OUR experiences since that time. Hence the headline – he’s a VIP of course, in the real meaning of the word; but to us he’s a VIF – a Very Important Friend.

Since beginning trading in the spring of 2014, he’s appeared as if by magic at probably 90% of festivals we’ve been at (excluding the smaller RCTA ones). These events don’t happen on normal ‘work’ days, but at weekends and Bank Holidays. From conversations with him during these times, we’ve built up what we like to feel is a special friendship, due to what we see as his unwavering commitment to taking forward the Inland Waterways as efficiently, successfully and democratically as possible, and his support of registered traders. He’ll chat to as many people as possible, always with a smile and genuine interest – though I sadly frequently miss him due to a queue of children waiting to have their faces painted.

He and Barry get on brilliantly.

Barry tells an amusing tale of the instance a couple of years ago when Richard was visiting the CRT office in Fazeley, and saw Areandare moored up. I was off the boat somewhere (no change there then!), and Richard wandered down to see Barry suggesting they go for lunch. Which they did. Barry’s since chatted with him about times he’s listened grudgingly to a boater moaning un-constructively about something CRT related, and returned a comment about how approachable Richard is, and how he had lunch with him at Fazeley (what a name-dropper aye?!). One day he was retelling one of these stories to Richard, who laughed amusingly relaying how he talks about the day he had lunch with “… Barry from The Home Brew Boat“! Hilarious. Different perspectives you see …

In October last year, we’d been in contact with Richard about something, and told him of our plans to head north this year. He’d asked if there was a possibility of accompanying us on the Trent, diary permitting. Thankfully together we made it happen – and on Saturday  he joined us bright and early in Newark for a day on the River. 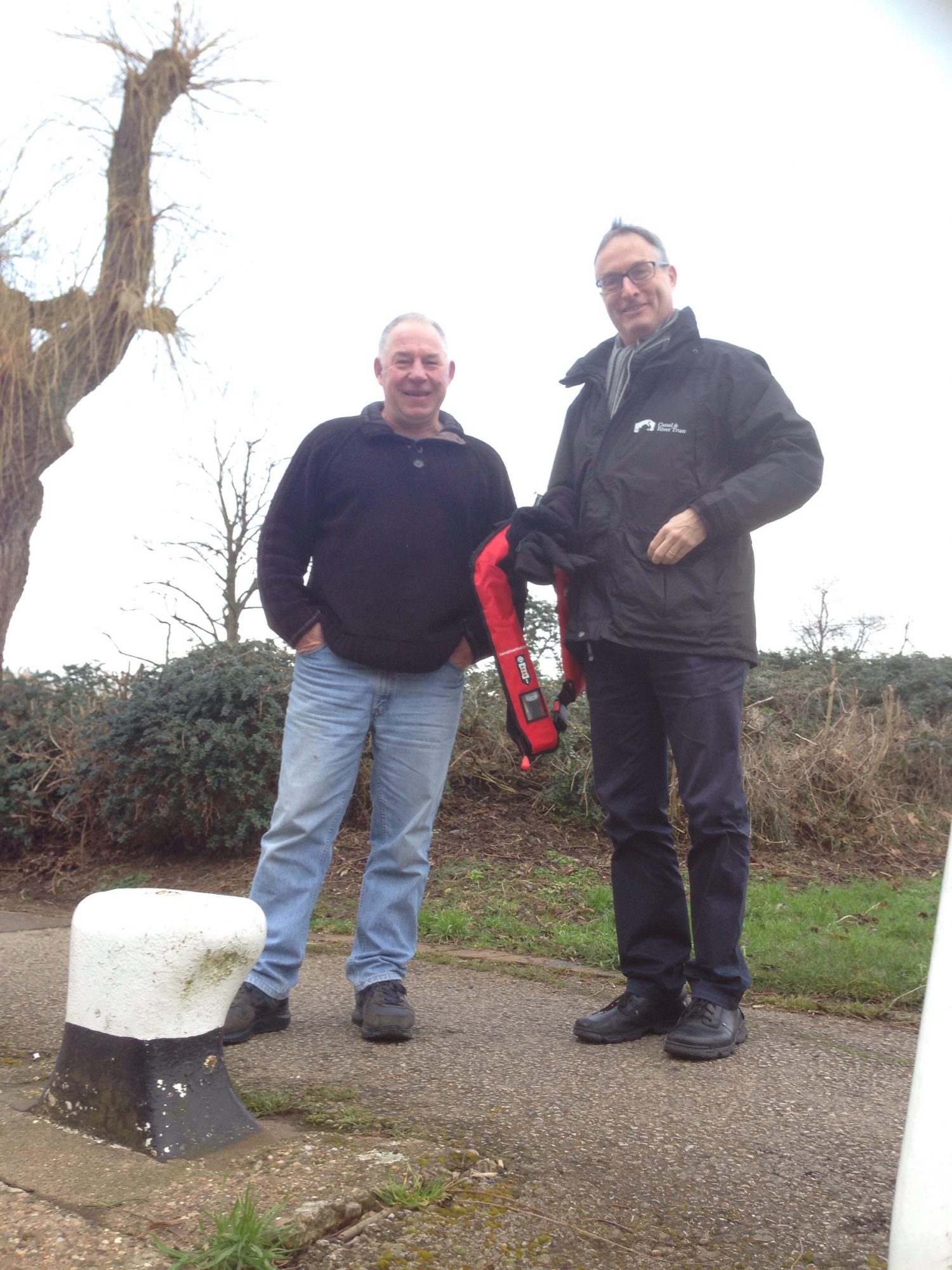 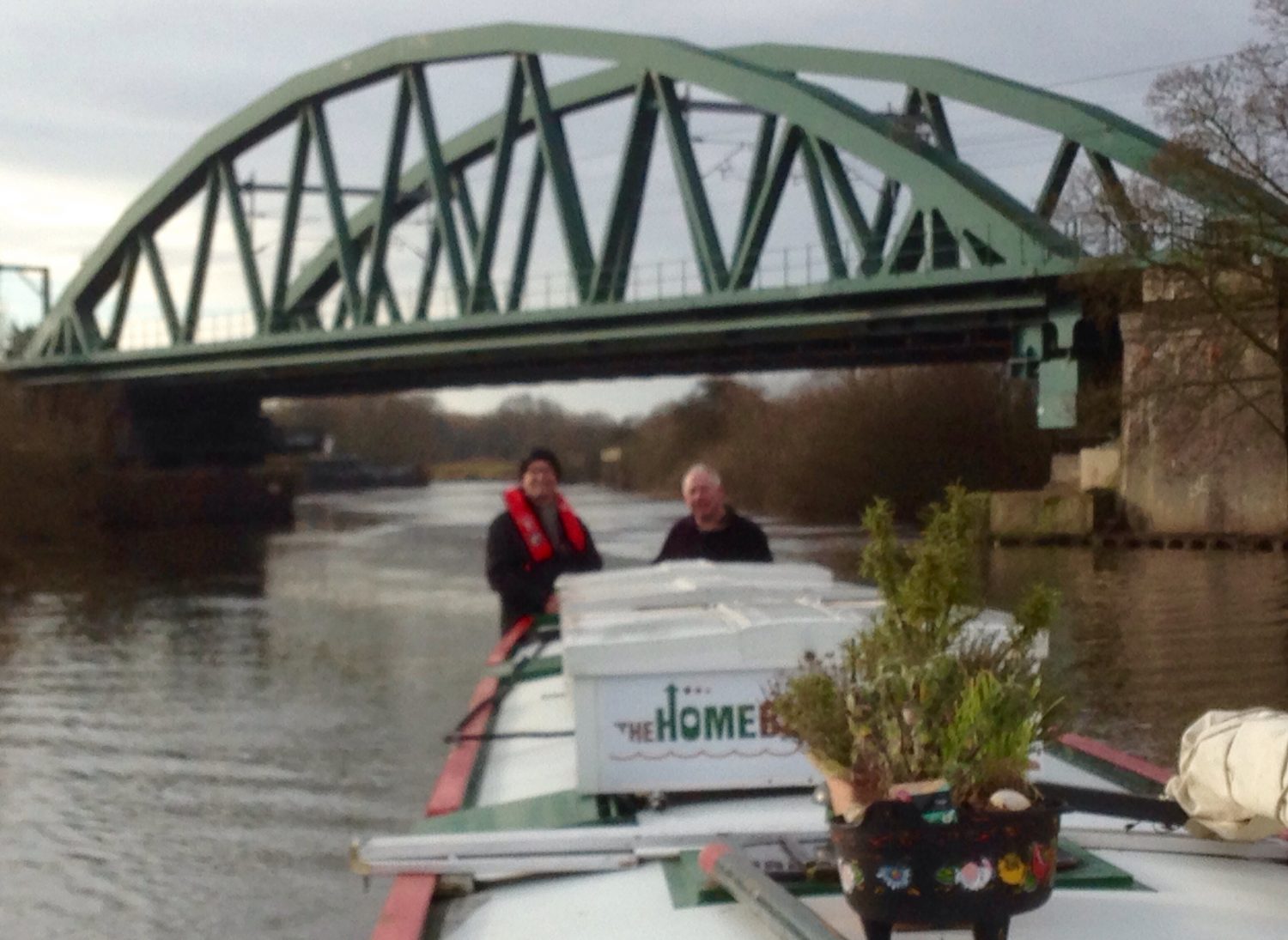 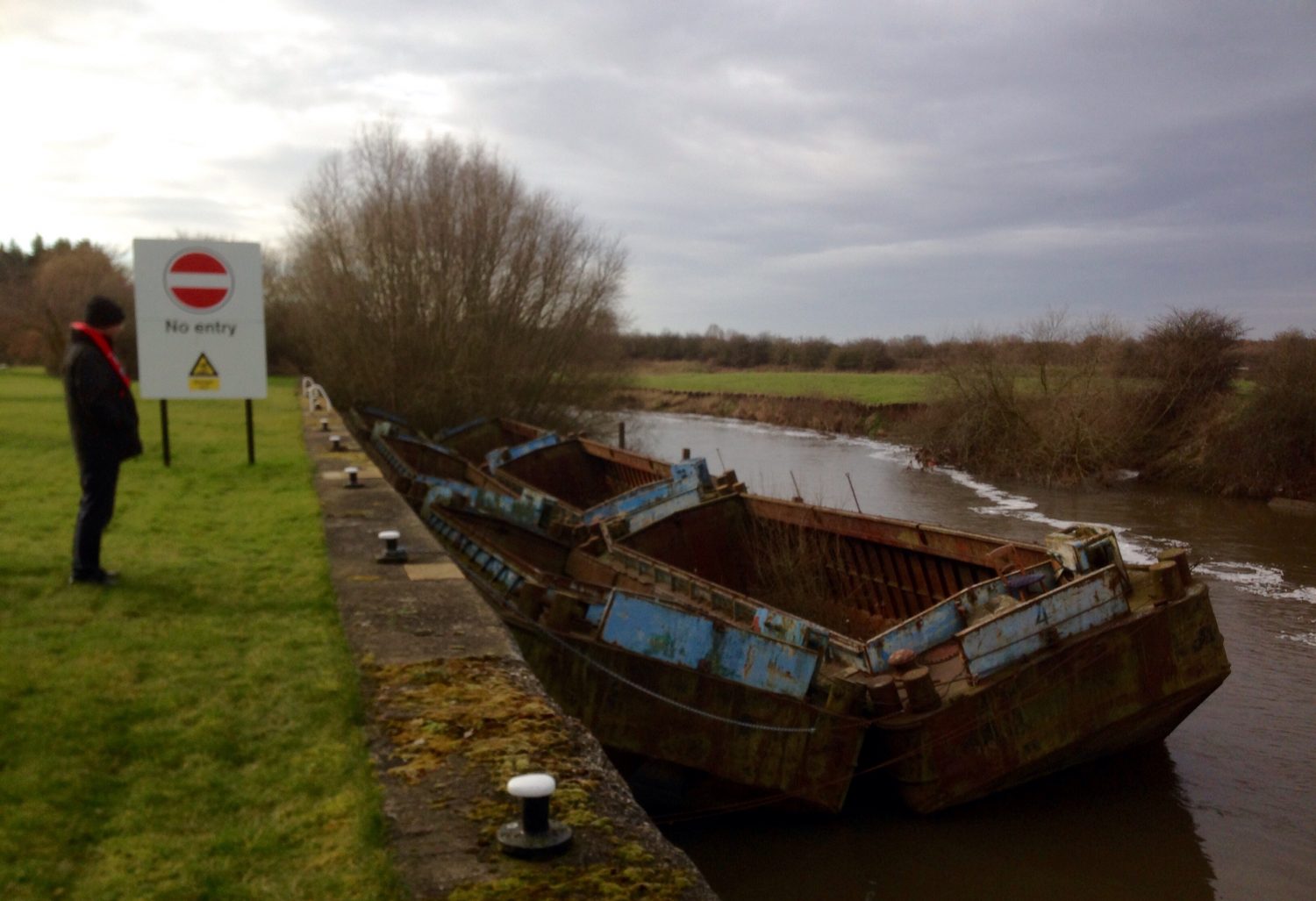 One lock to manually work prior to Cromwell 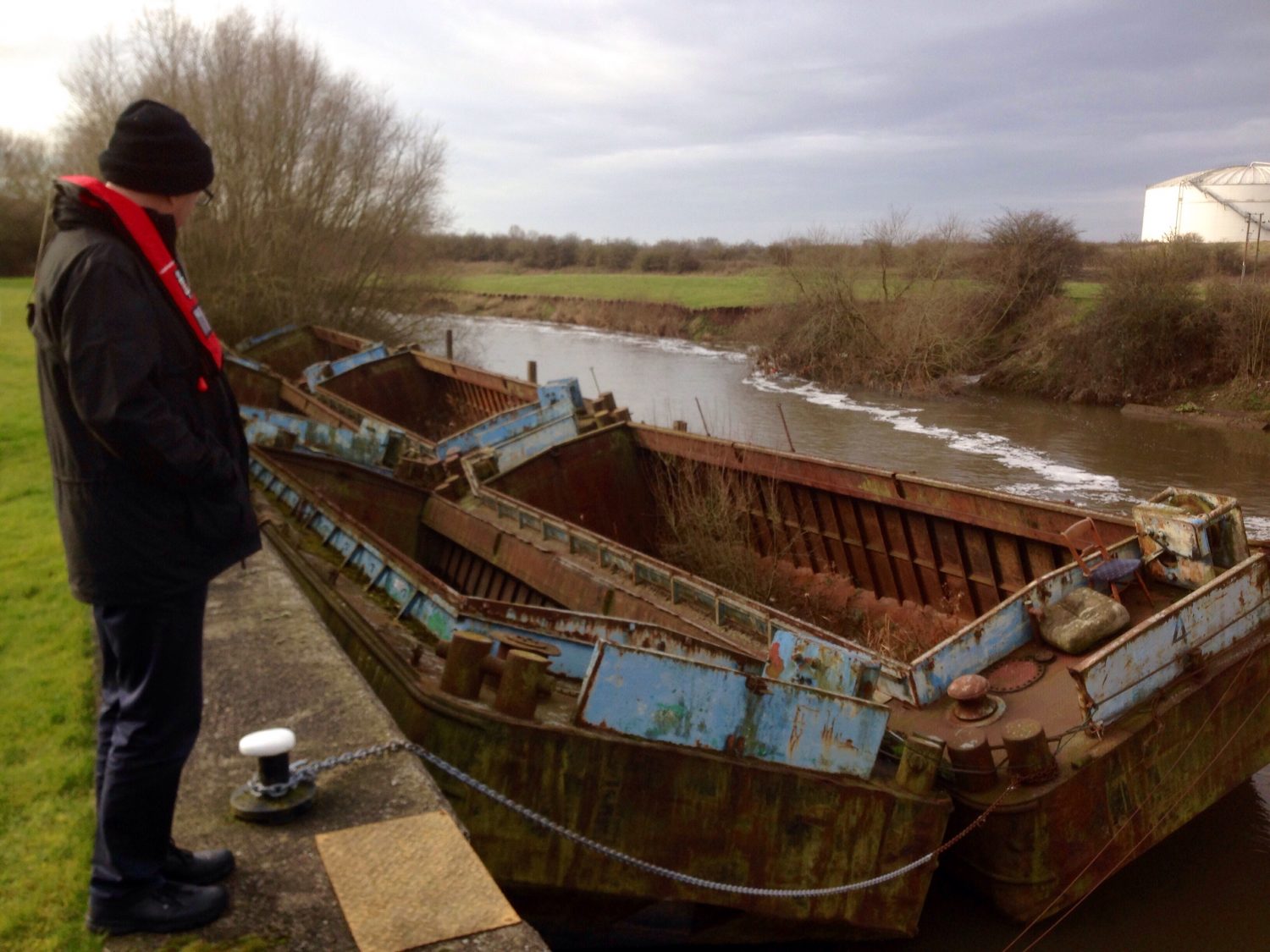 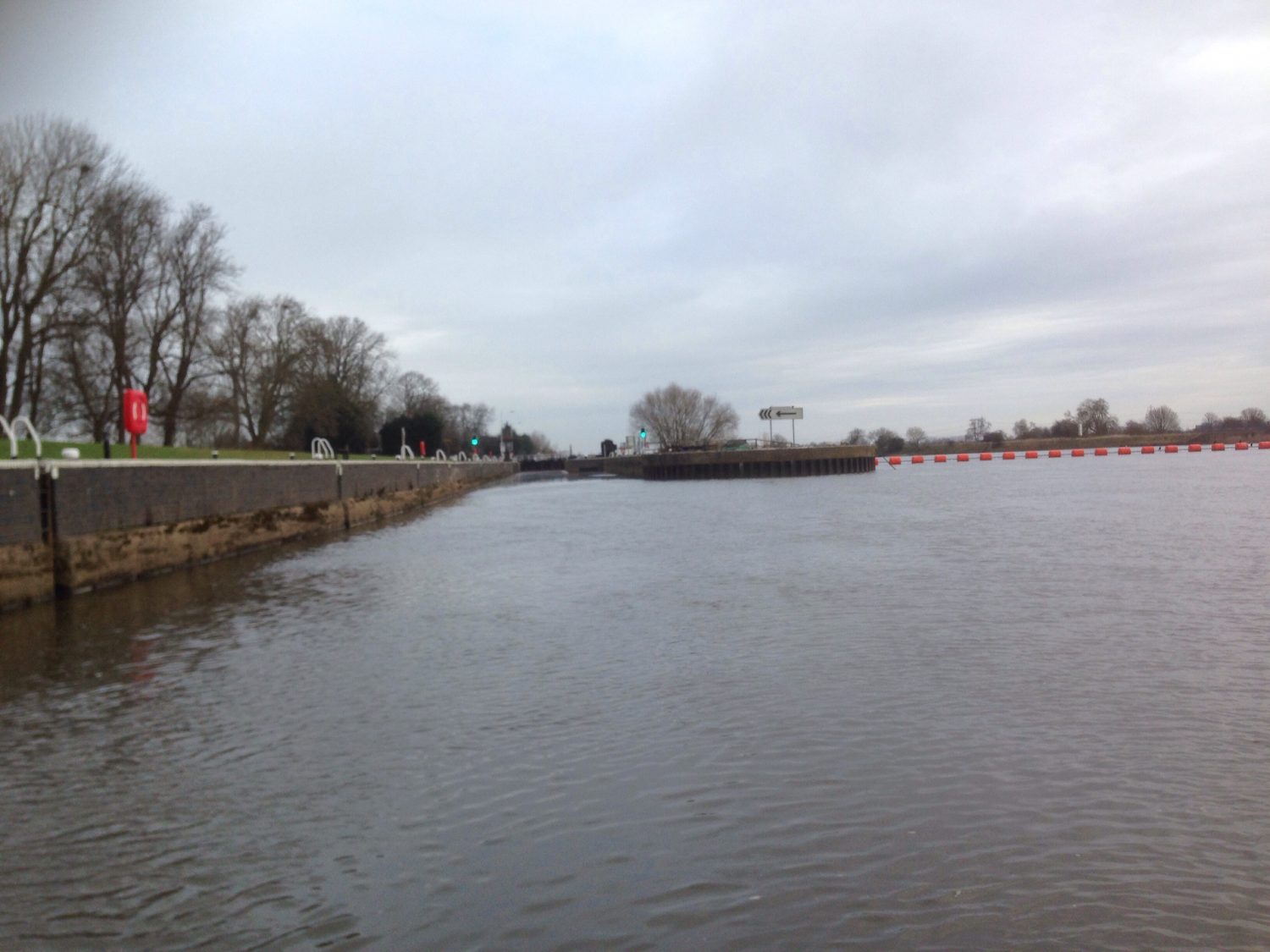 Approaching Cromwell Lock – we get a Green Light 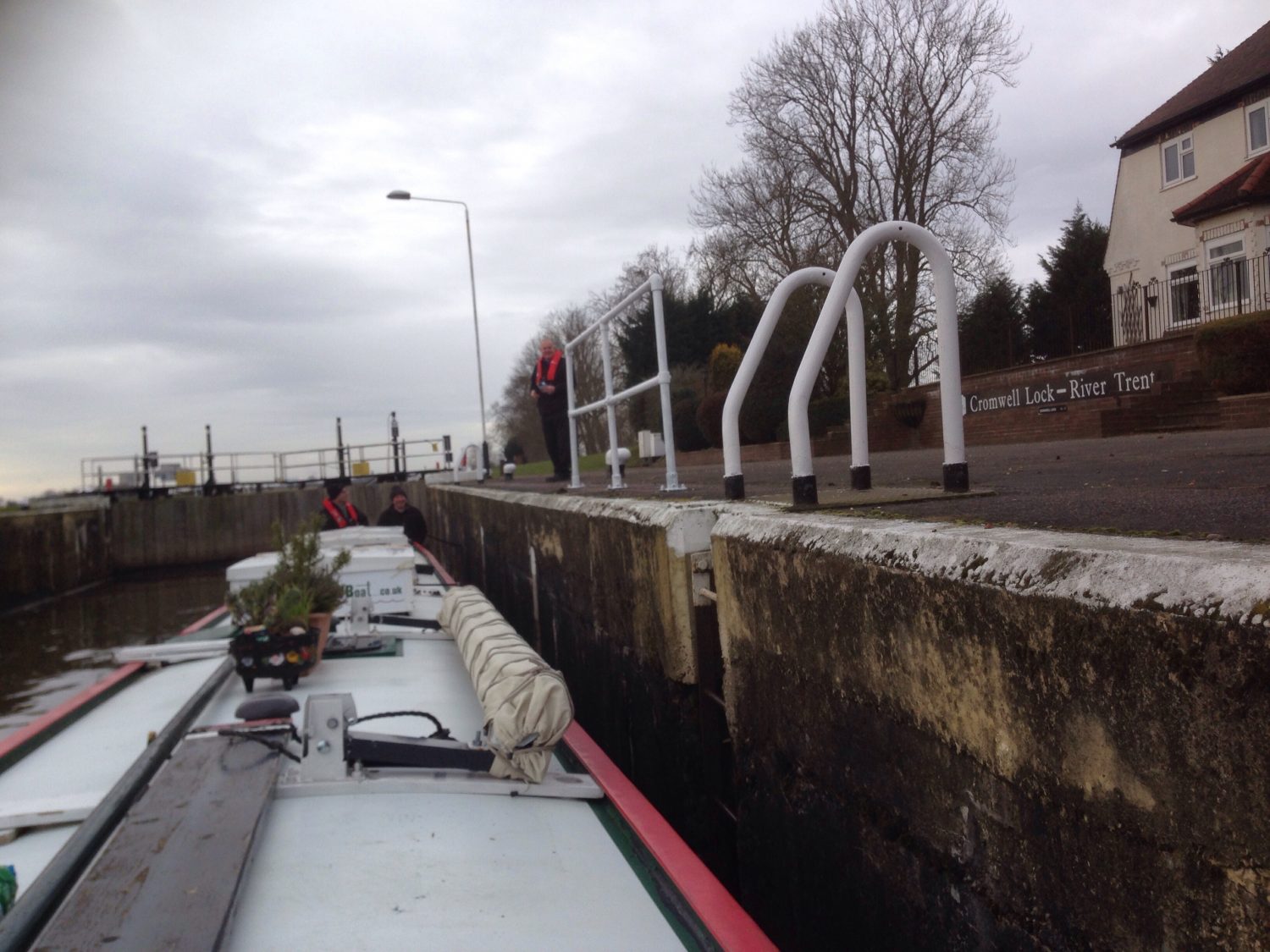 Chatting with Sean the Lock-keeper 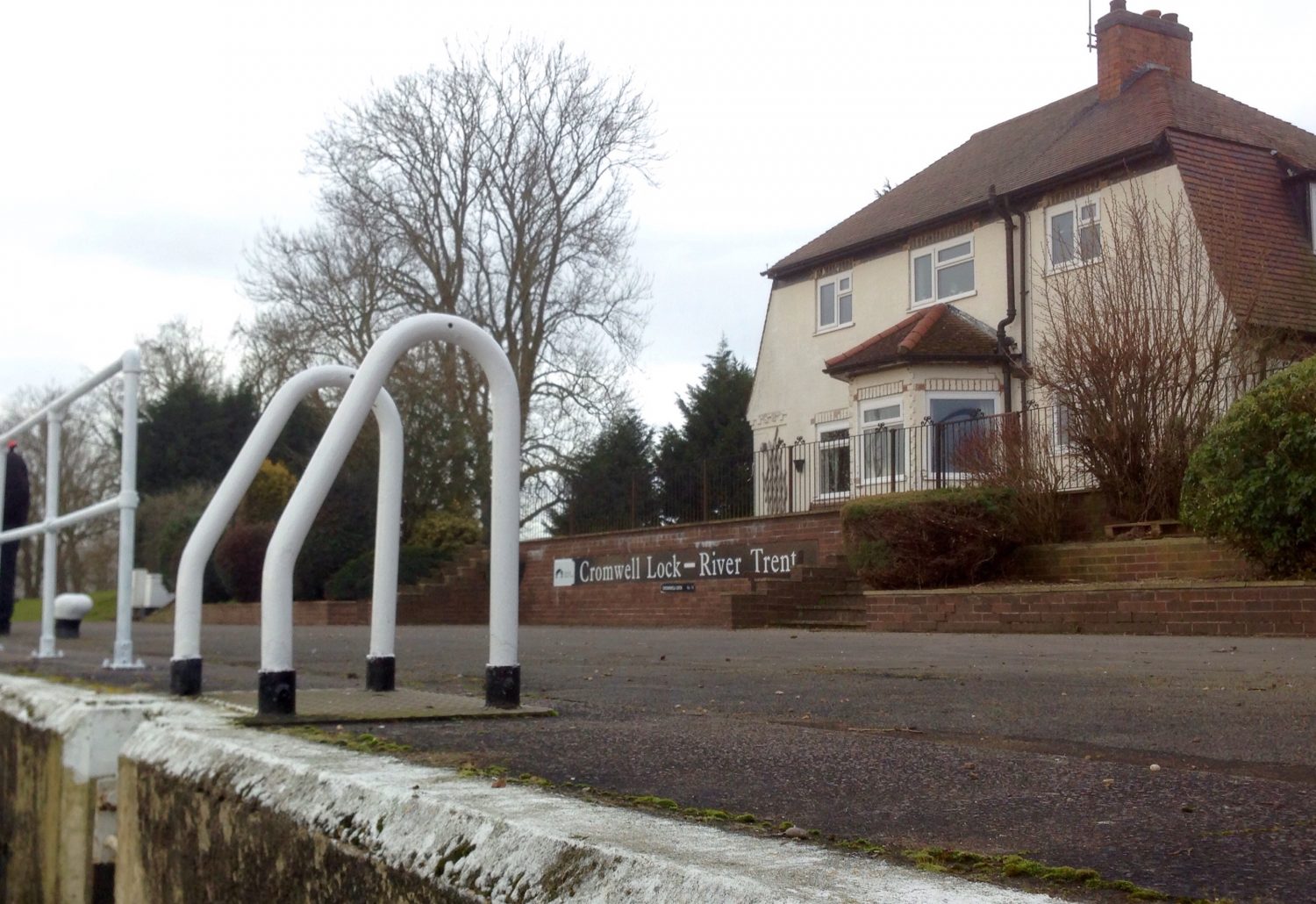 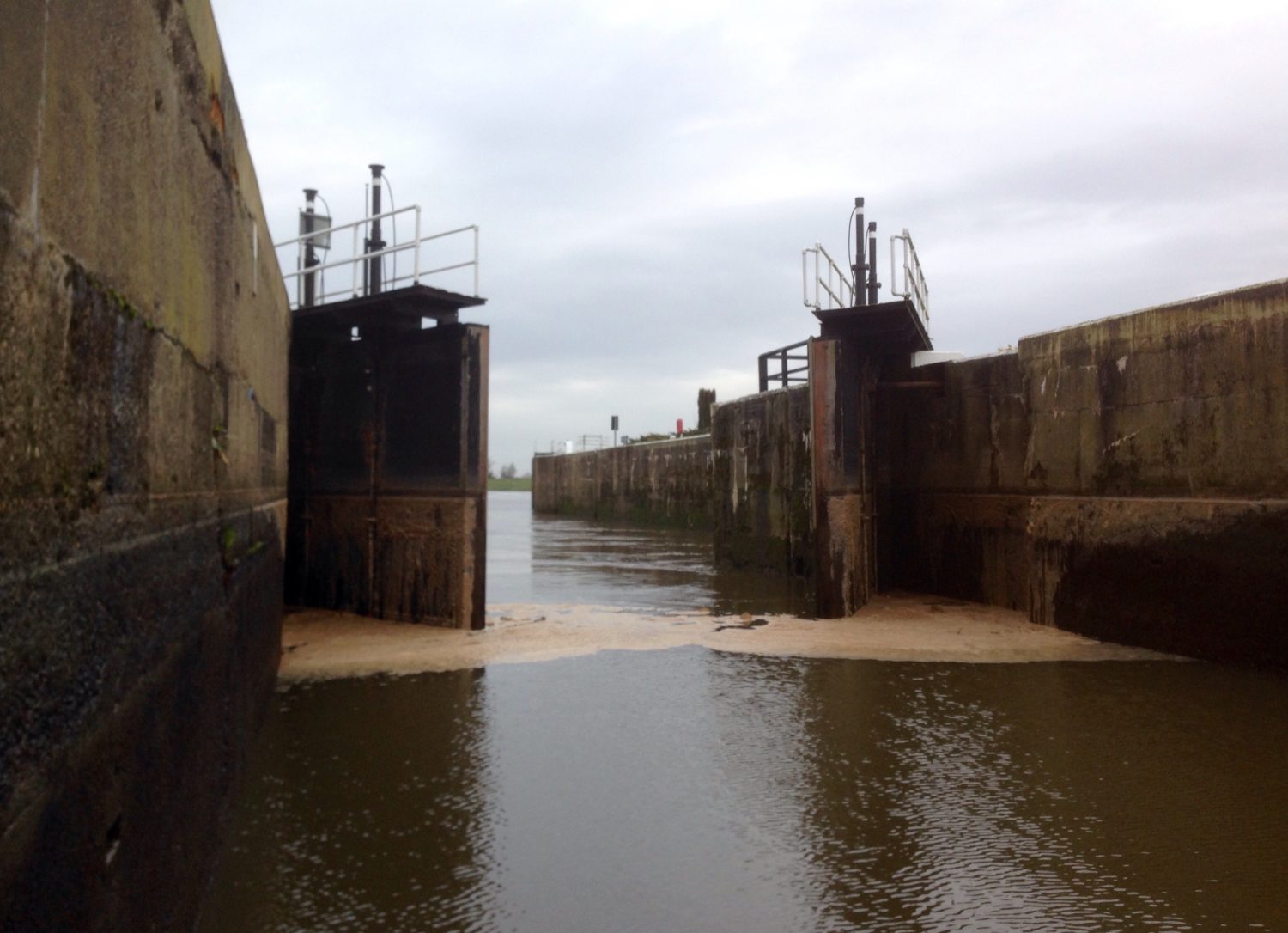 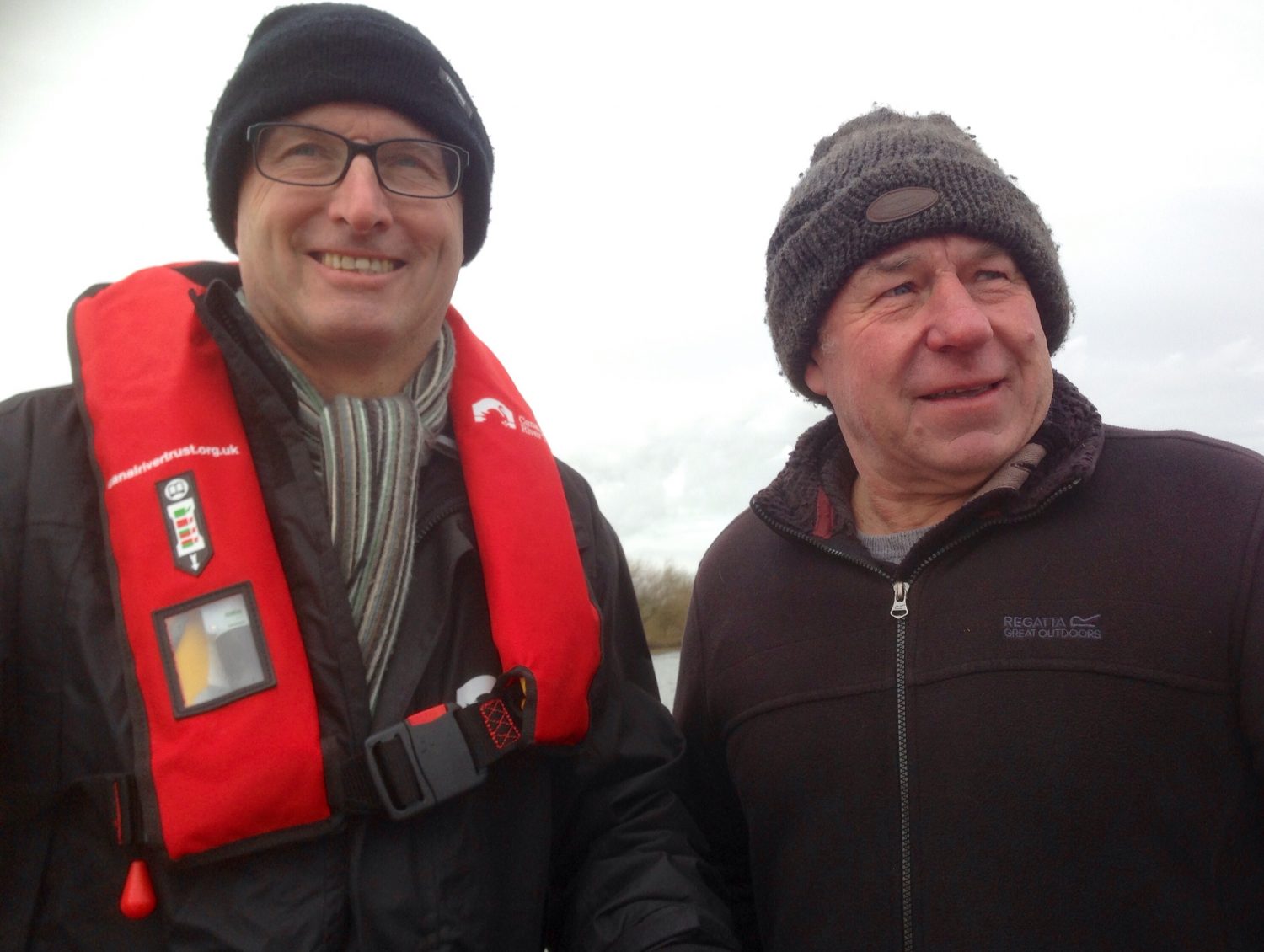 Richard and Barry at the helm 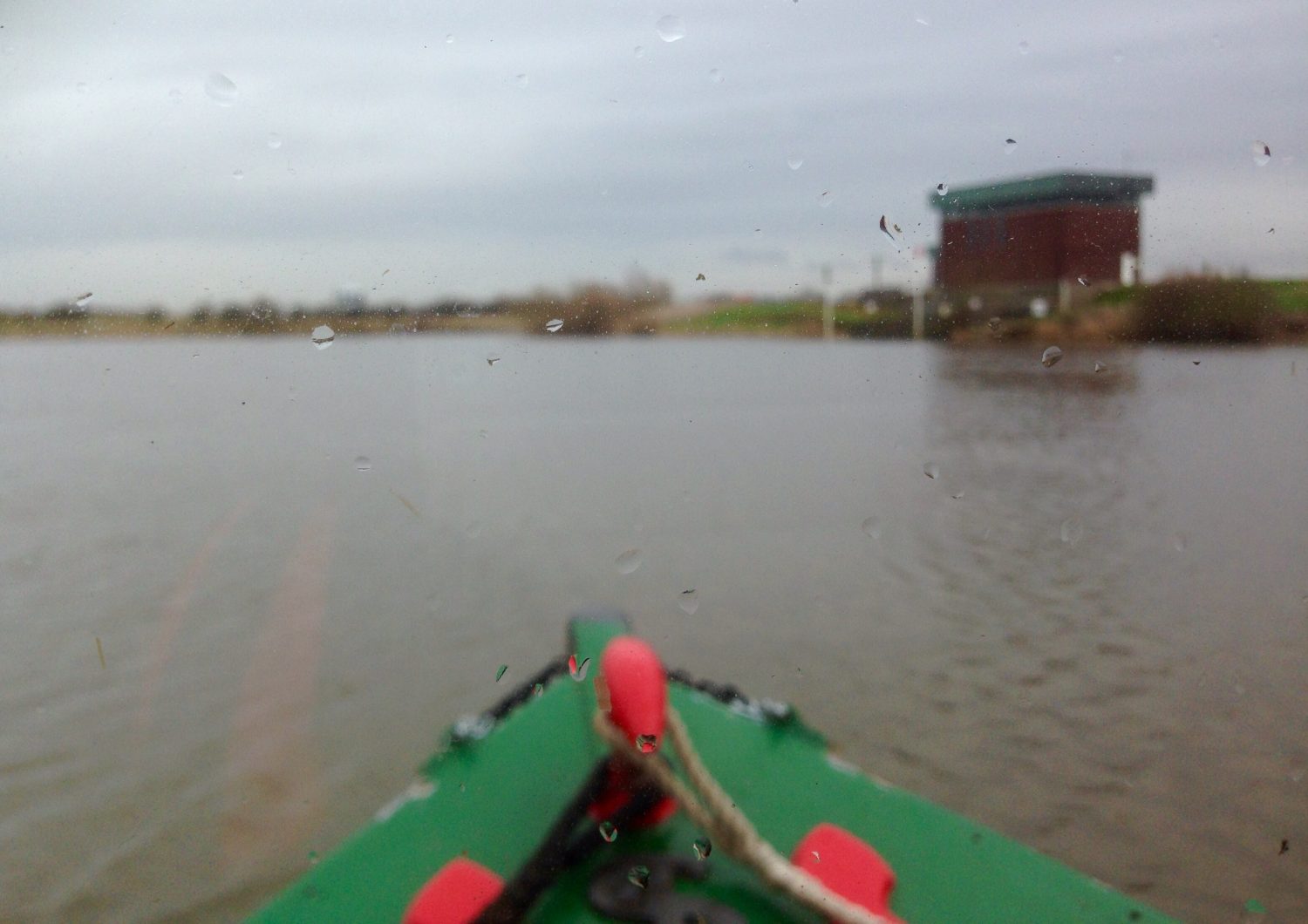 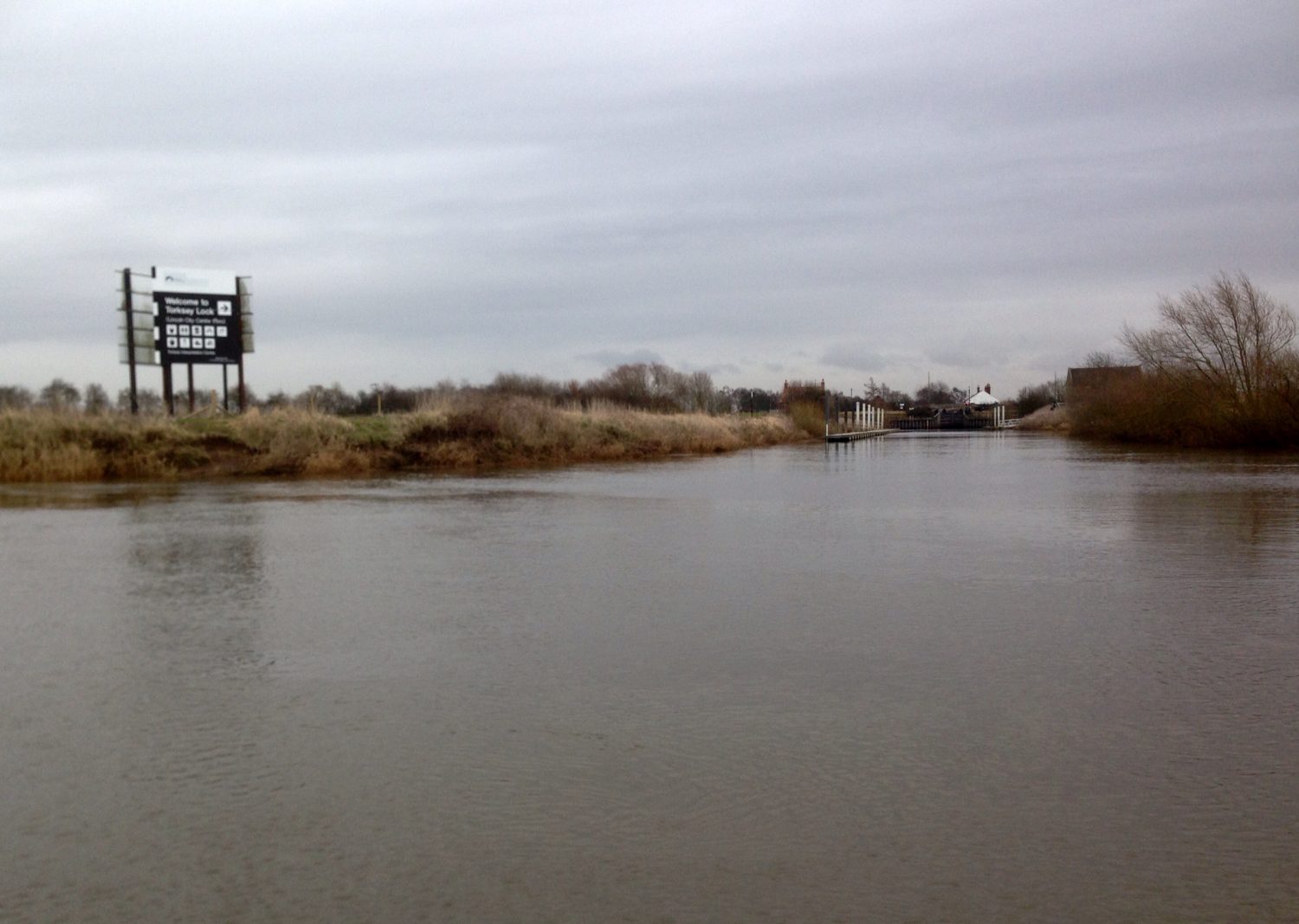 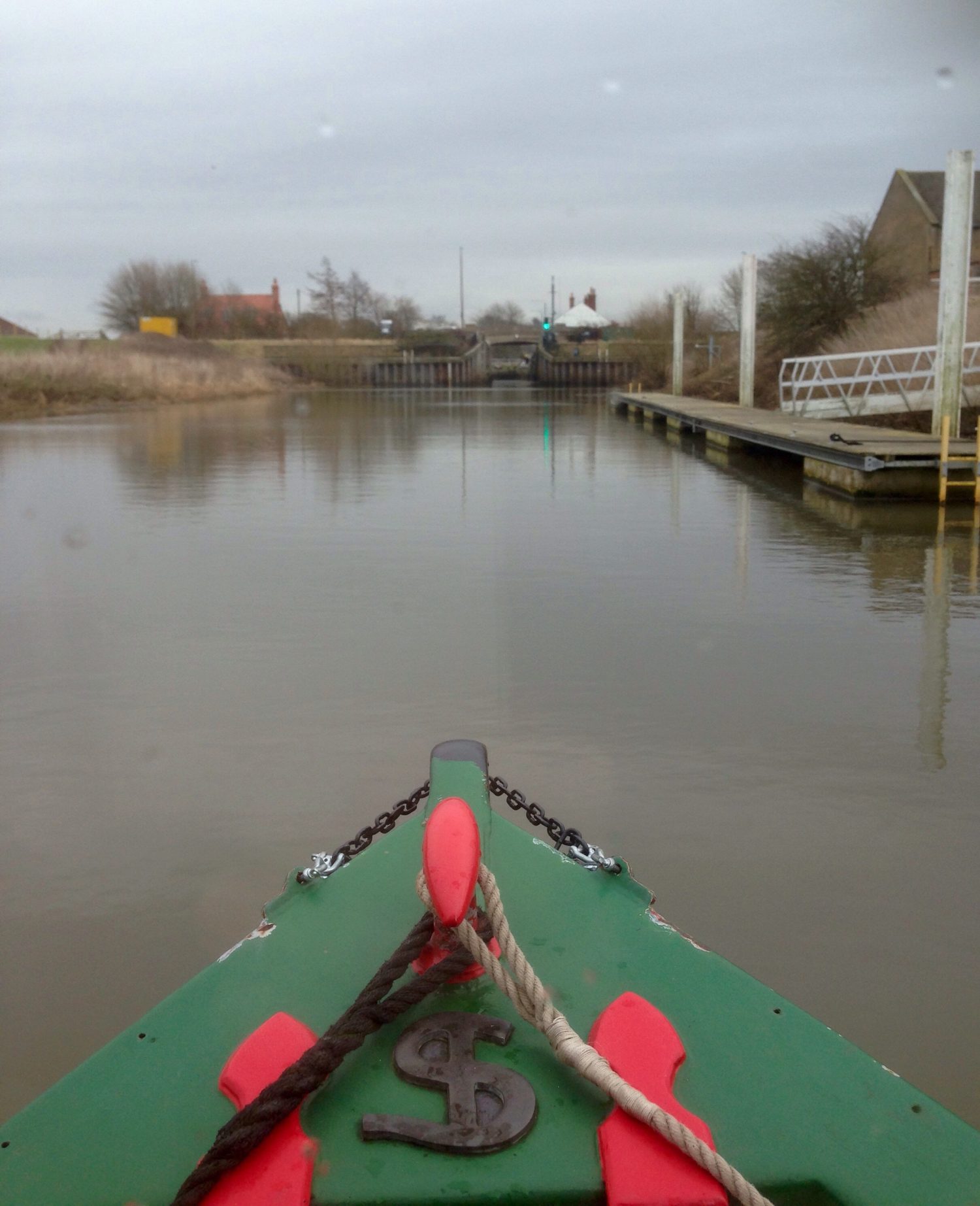 and another Green Light beckons us in 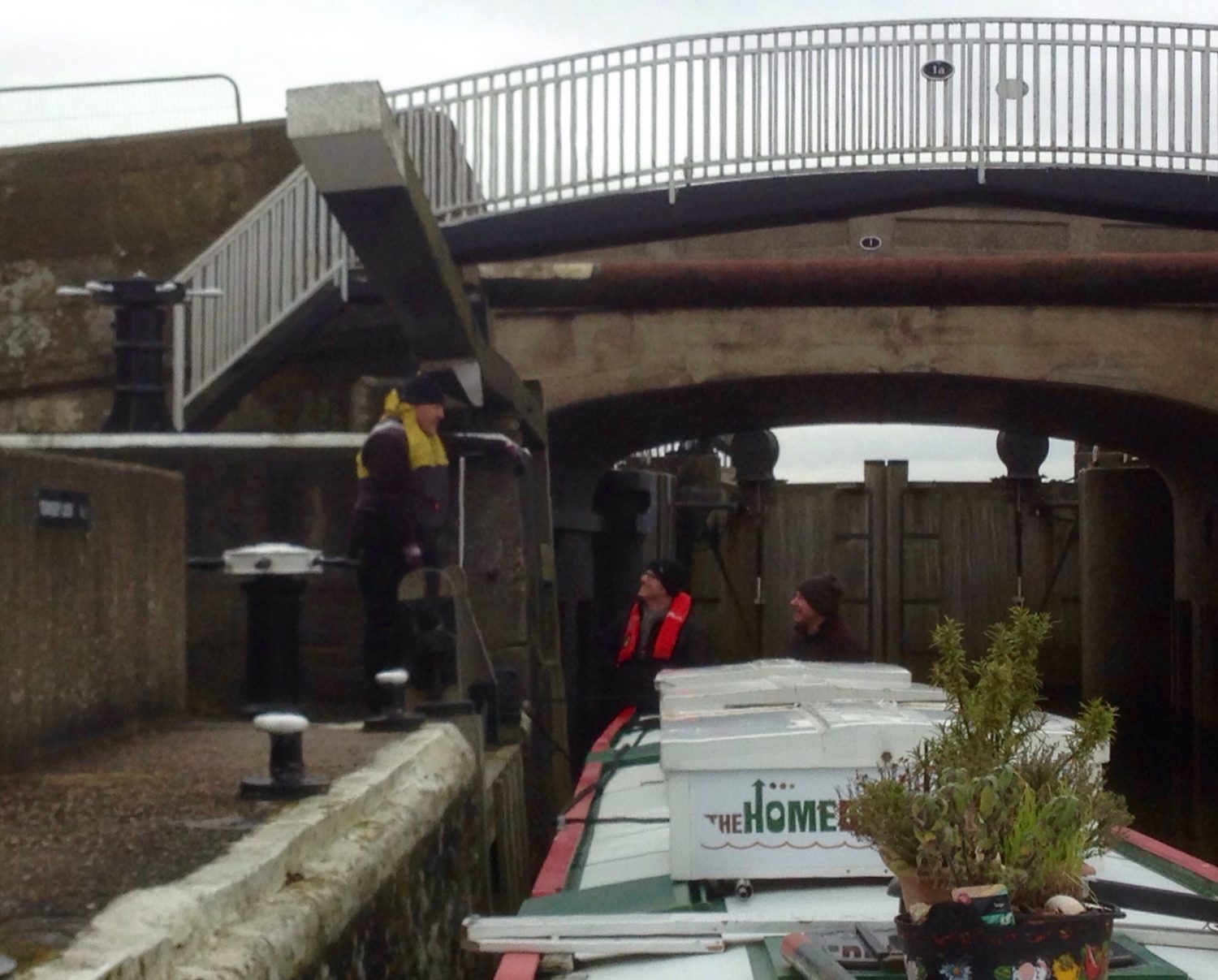 Adrian the Lock-keeper at Torksey chats with Richard and Barry 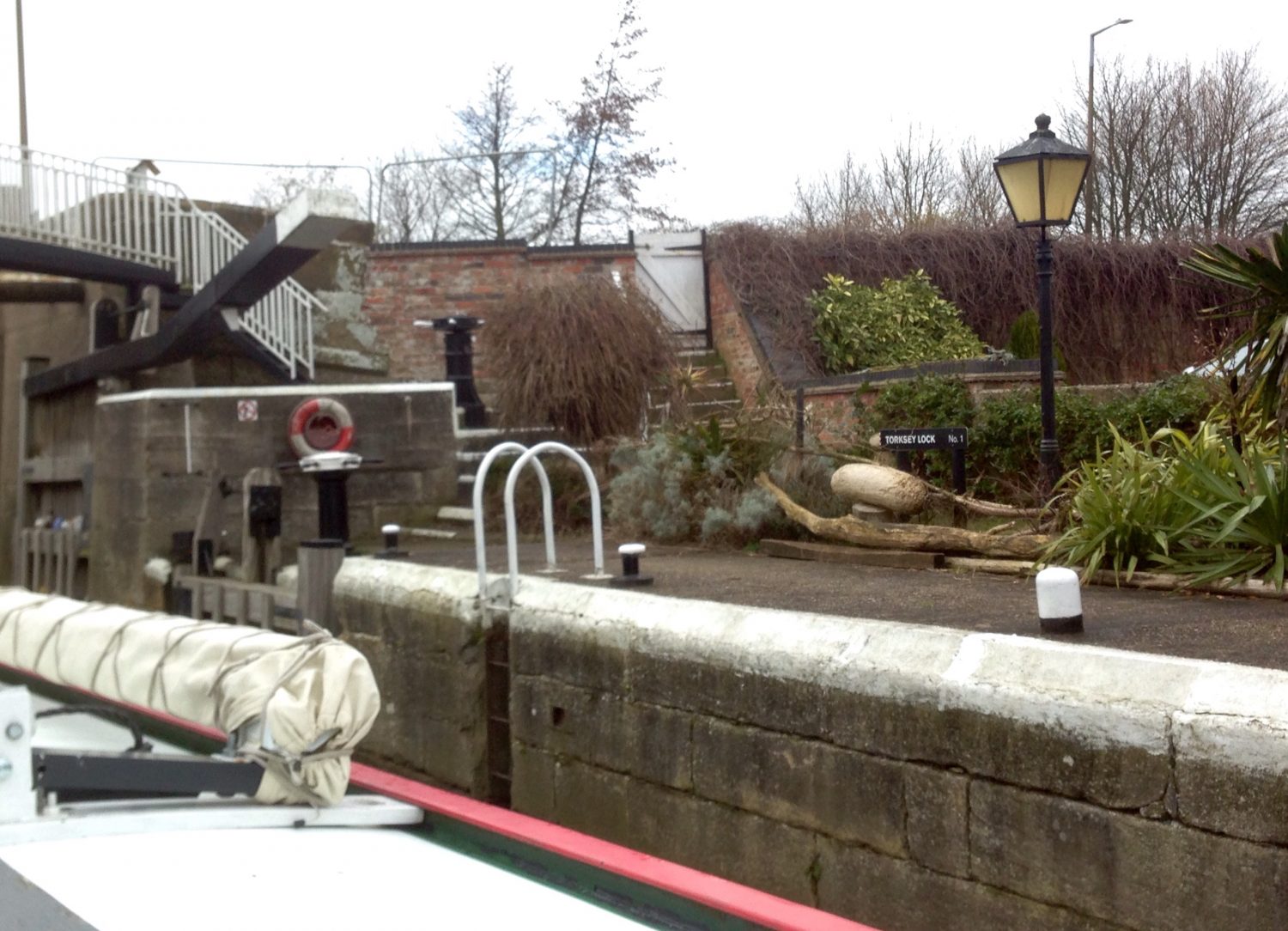 Lots of quaint touches at the lock-side

Cromwell Lock has a somewhat sad history from 1975, when ten soldiers from the Royal Engineers Regiment Sappers, of Grangemouth, Falkirk, who were on night-time exercise, died when their vessel capsised at the weir next to the lock. Only one soldier survived as he was a strong swimmer and managed to cling onto the upturned boat. He was rescued by a retired Police Officer. In September 2015 there was an emotional 40-year commemoration for them.

Just another reminder not to take the dangers of boating lightly; especially on a raging river.

It was blatantly obvious how thrilled Richard was to be personally experiencing a trip on the Trent – and getting to see CRT employees first-hand. Of course he travels extensively and meets people frequently,  just not as often as he’d like to by narrowboat. He couldn’t recall the last time he’d had the opportunity to use his life-jacket, apart from the usual ‘official’ events and promotions. Both Lock-keepers appeared to relish the chance to chat with Richard. Adrian, at Torksey, will be retiring soon after 40 years in a variety of roles.

The River Trent was extremely kind to us, not a problem was encountered at any stage. The Lock-Keepers were brilliant; of course they’d been expecting us so were ready and welcoming. The water level was high, our journey was swift and smooth – Richard doing the majority of the driving with Barry close-by.

What’s most amazing is I’ve actually secured some photos from Barry to post the day after our get-together! Not many, he was being a responsible boater, but still a few good ones … 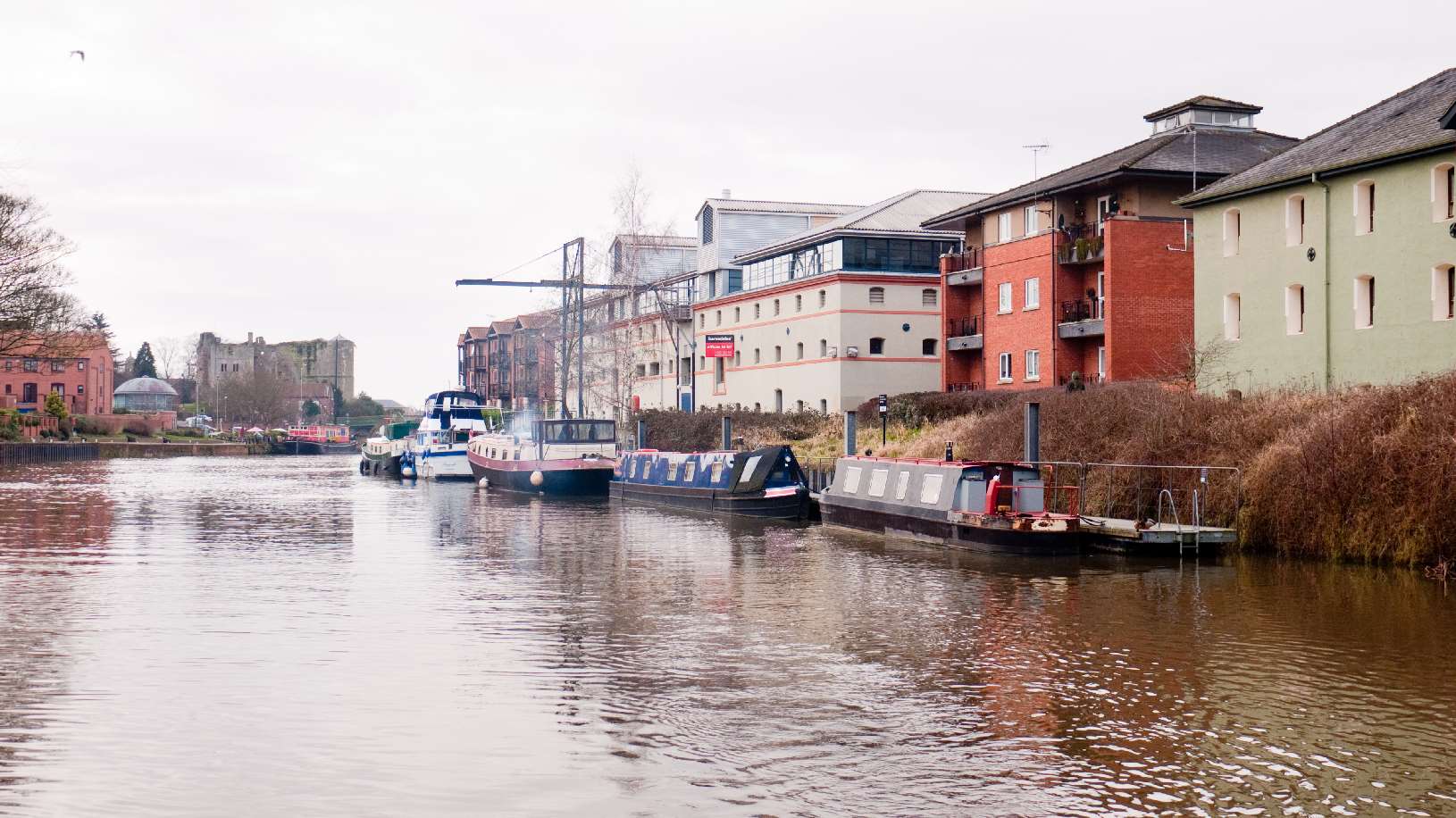 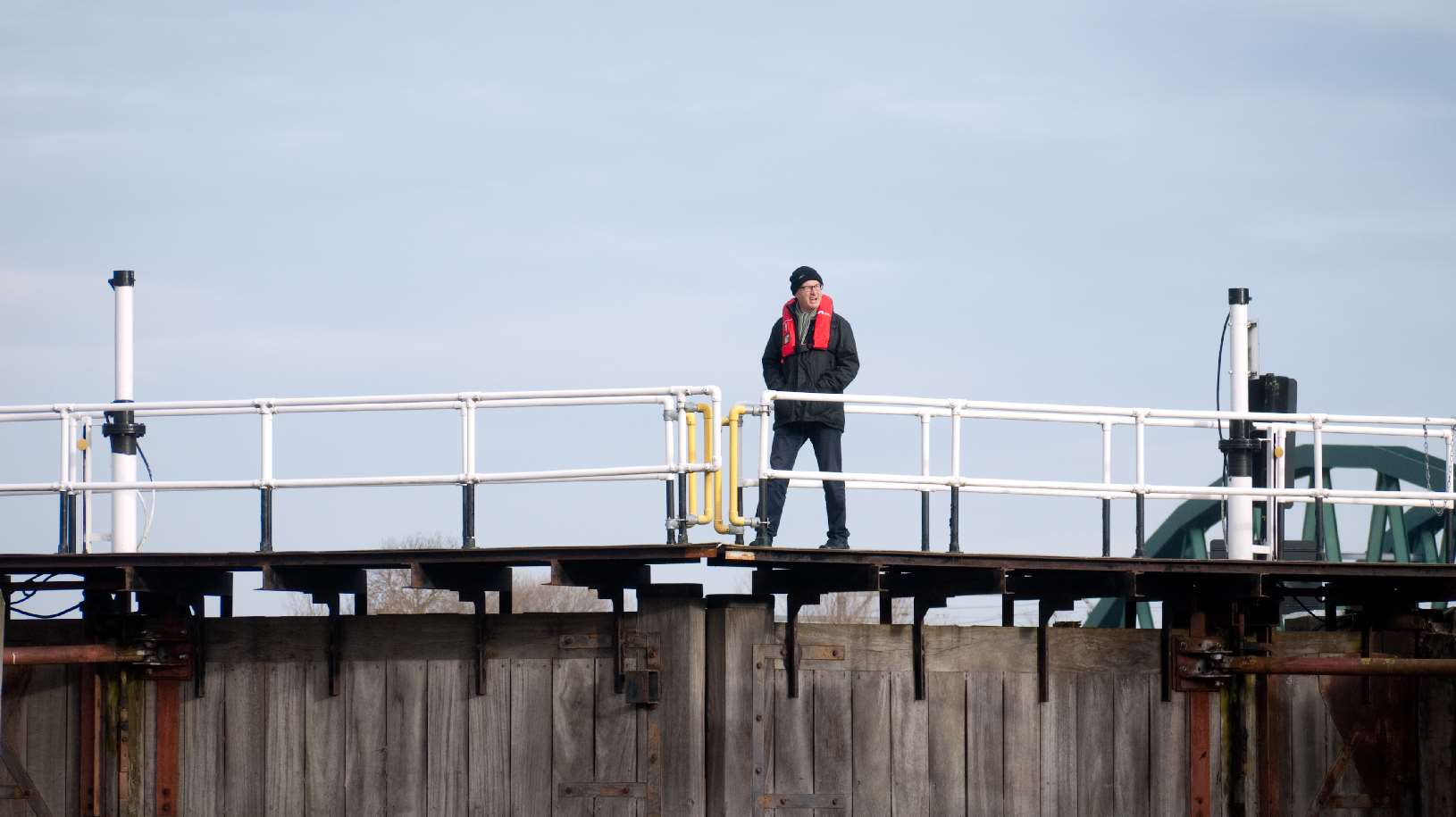 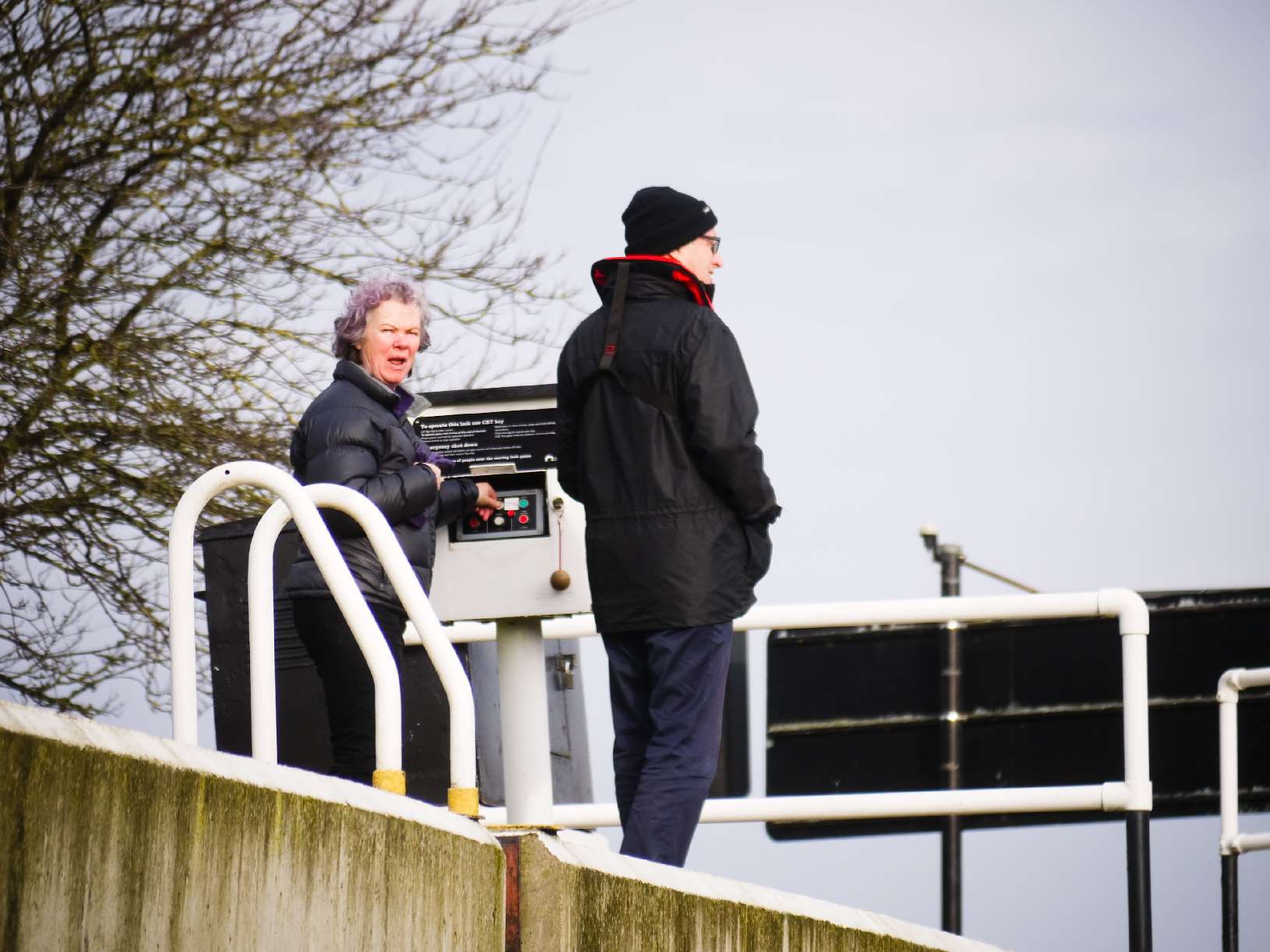 I think I may have been giving lock operating instructions! 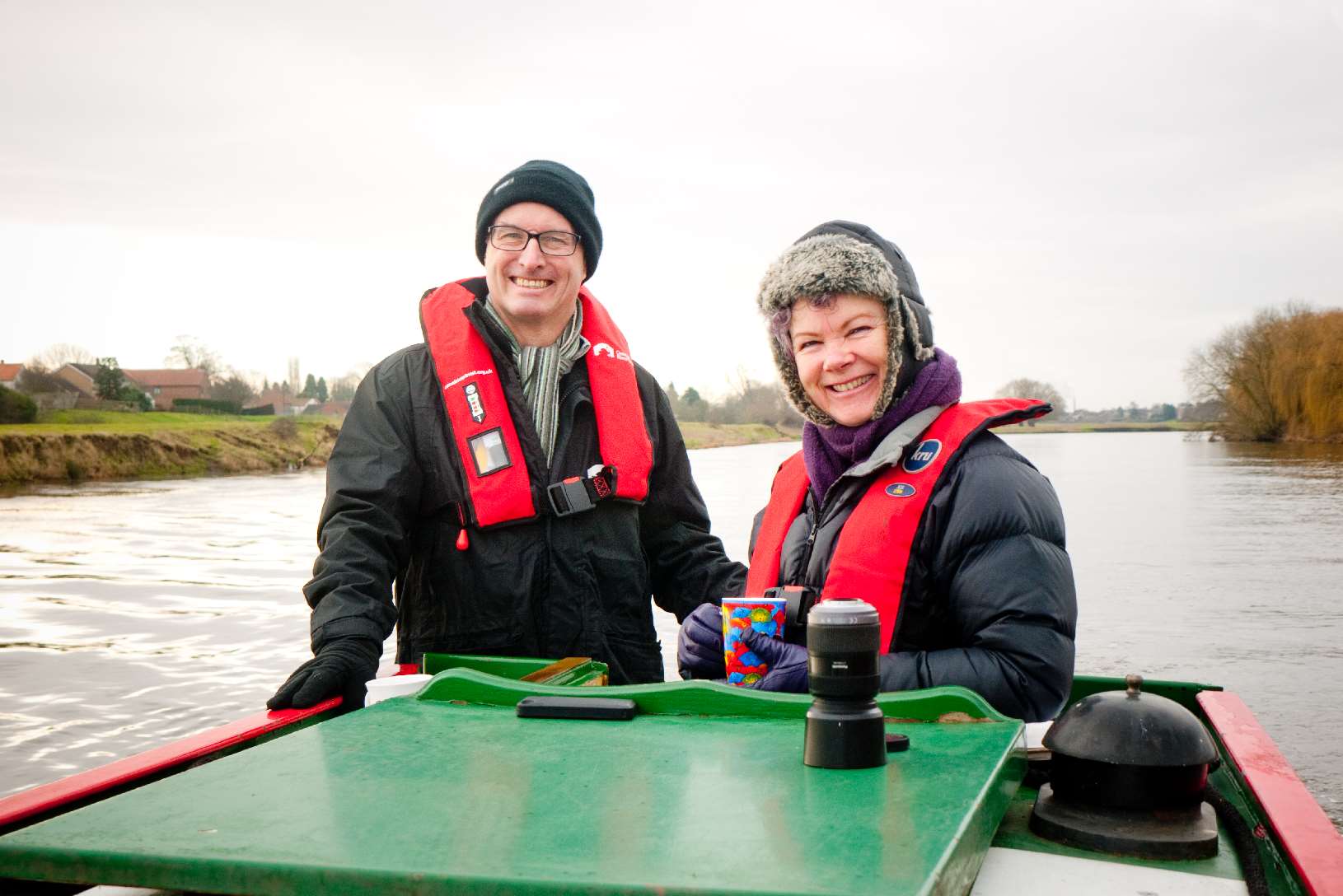 Smiles all round – wrapped warmly against the cool weather 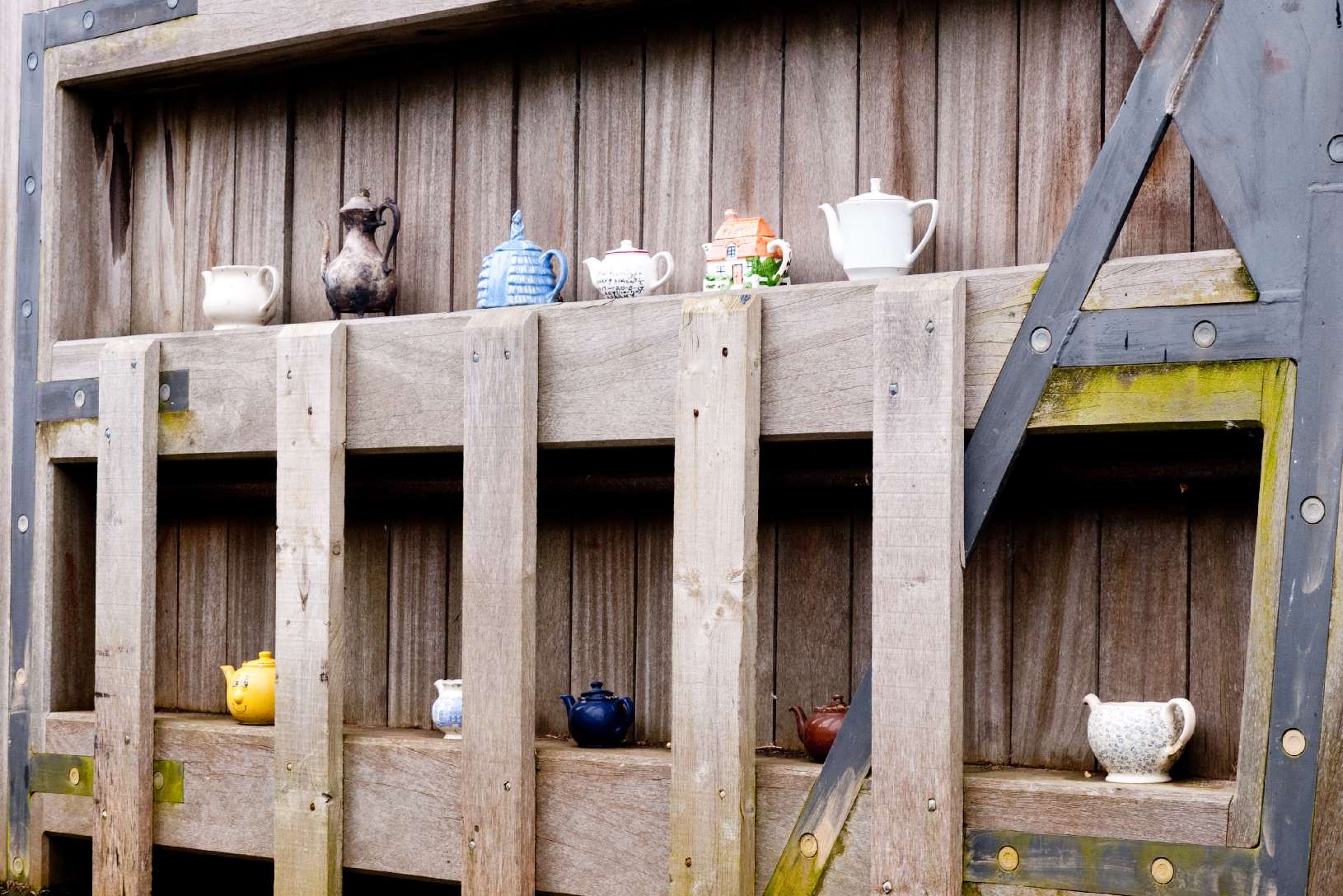 You won’t find China ornaments perched on many lock gates! But then there’s more than one gate at Torksey … 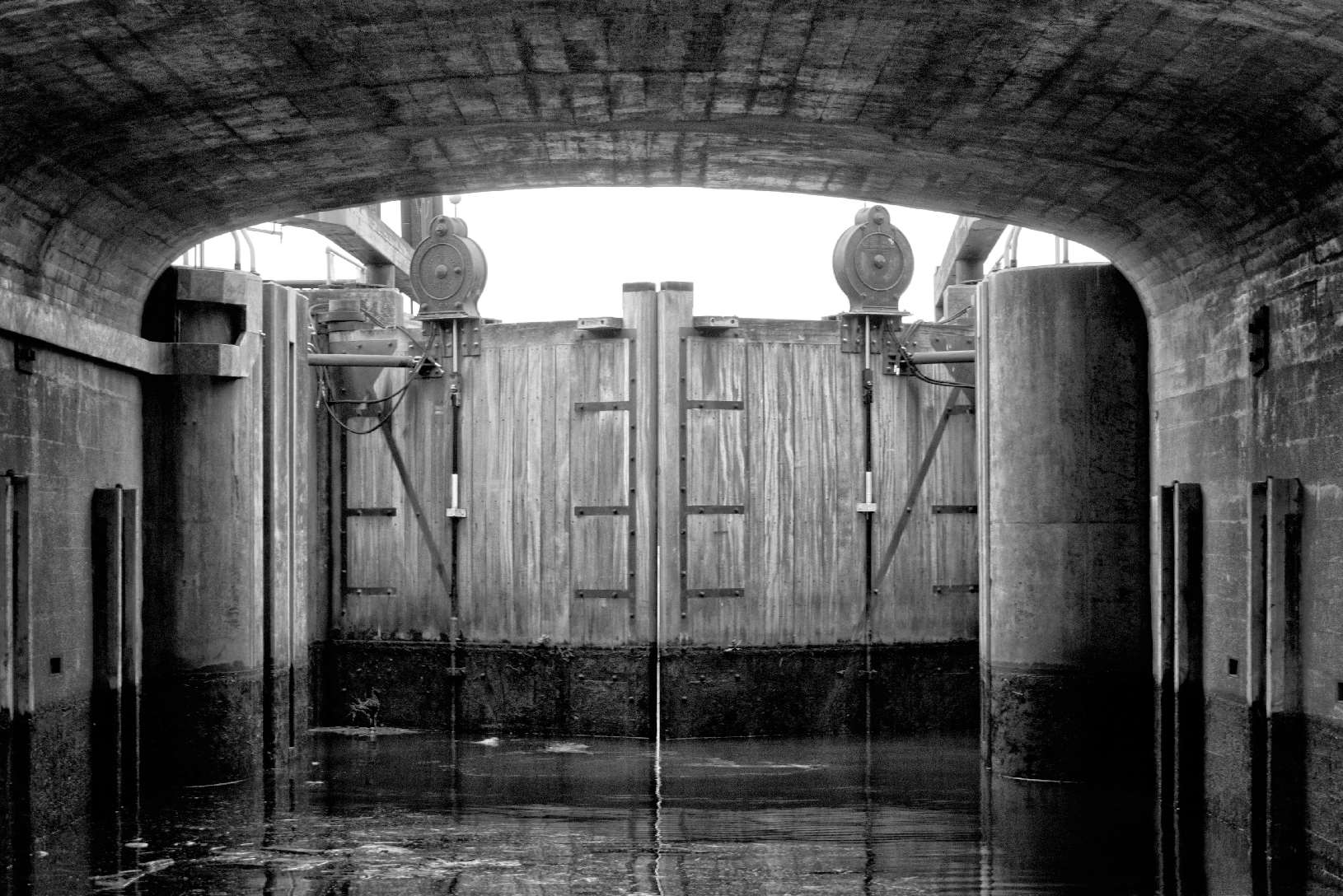 Looking back at the closed gates at Torksey 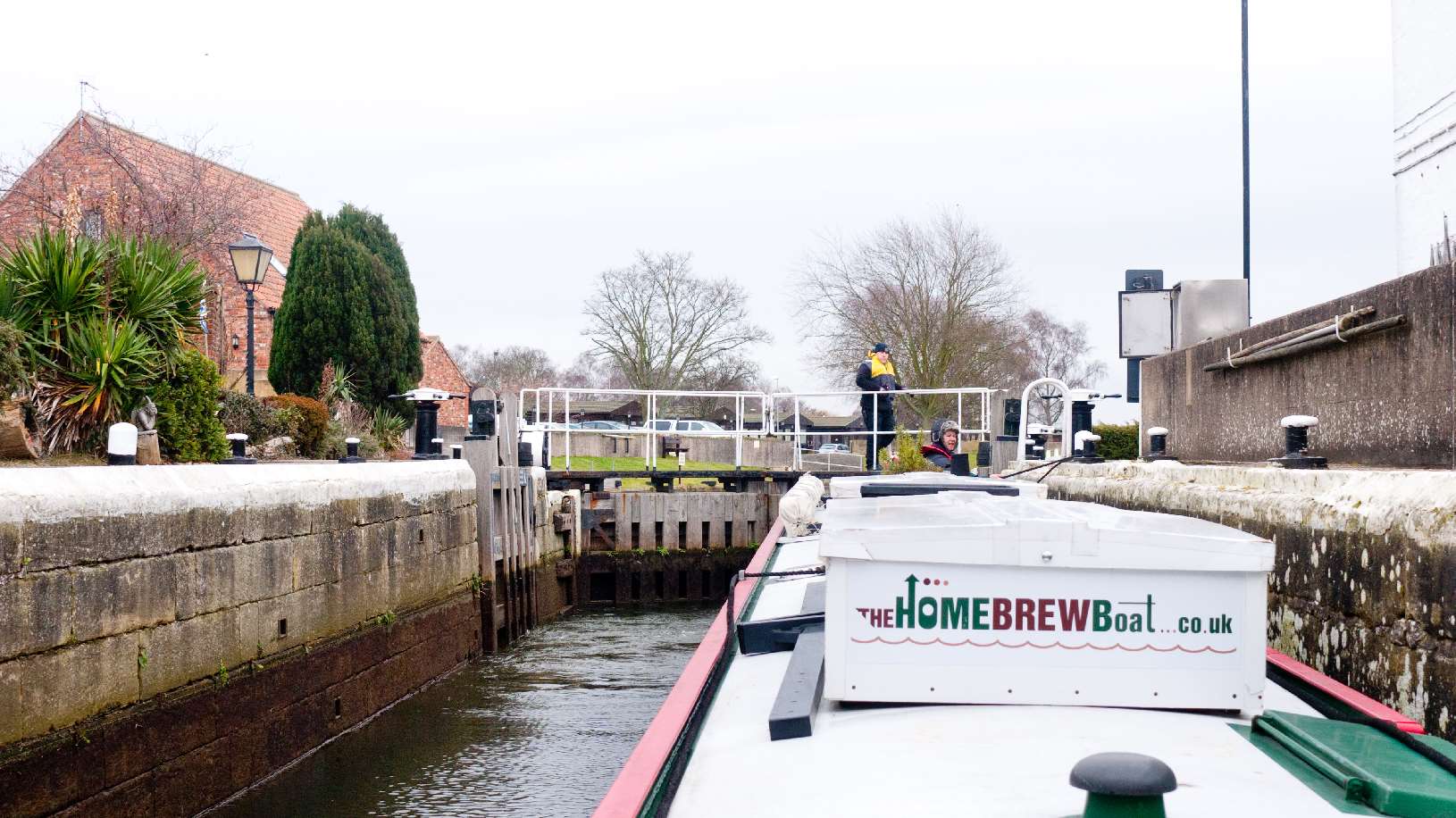 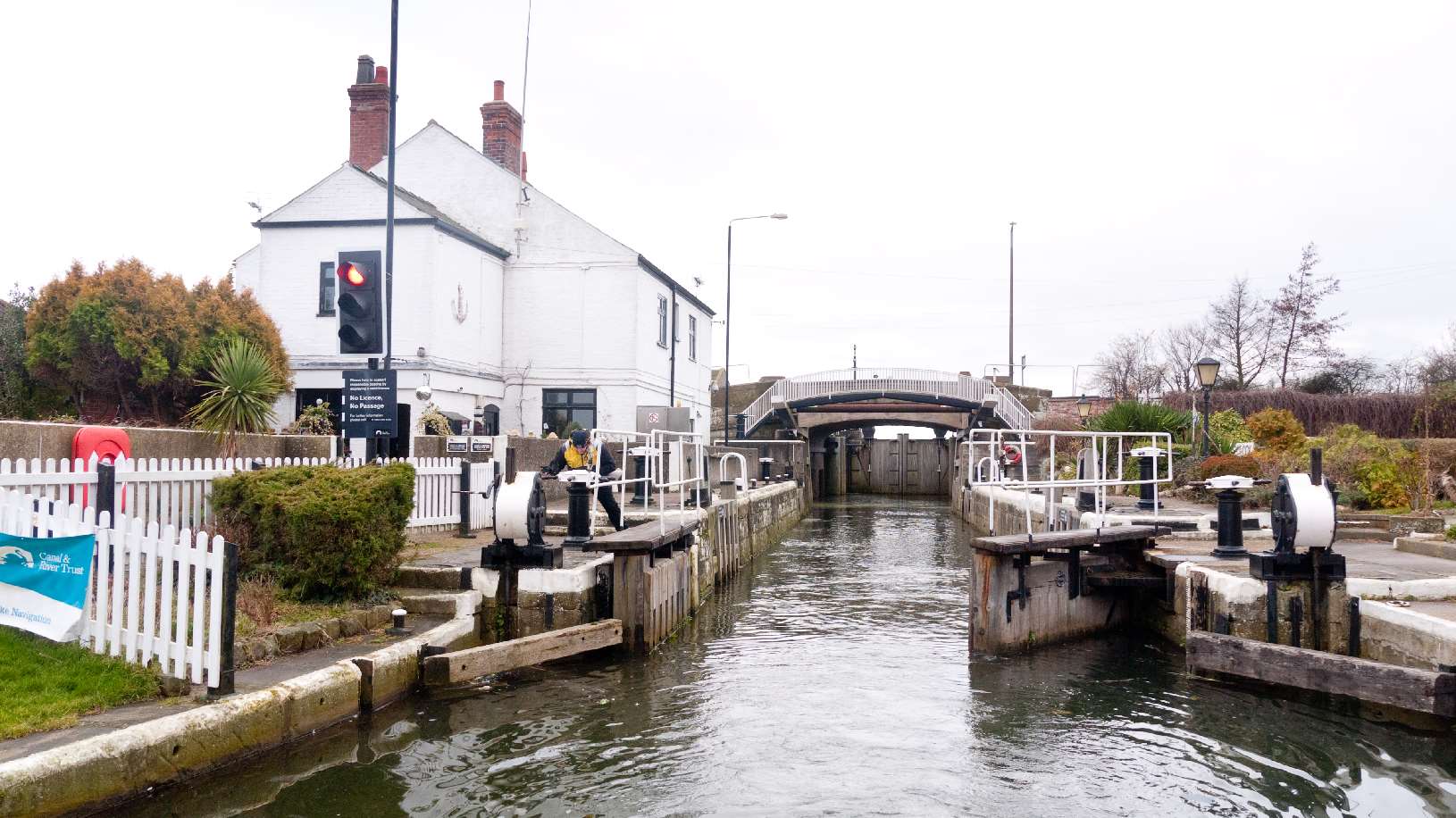 And we’re onto the Fossdyke Canal heading towards Lincoln

A few moves before heading back onto the Trent

We moored up overnight at Saxilby, where Richard left us, hopping on a train to Nottingham (via Lincoln!). Barry and I headed to a local pub ‘The Anglers’ Arms’, as they had a Quiz Night on. We do love to exercise our brains – I suspect we don’t do it often enough as we scored a measly 24 out of 60!! The celebrities and football questions don’t help much, with no TV and avoiding Newspapers we aren’t exactly up to date with ‘current’ affairs …

Today we’ve continued to Lincoln, where we’ll be staying for around ten days. I’m heading to my daughter and grandsons house tomorrow till Friday or Saturday, and Barry will be mooching around the area. It’s likely he’ll head down to Boston with a friend – another Barry! Who knows what escapades they’ll get up to …