It’s said if February is wet, there’s an increased chance of a fine summer. That’s reassuring as dampness pervades the air most days recently!

Yesterday’s journey from Gunthorpe to Newark was, according to our Nicholsons’ Guide (it’s an ancient edition mind you!), along one of the ‘prettiest’ stretches of the river. You could’ve fooled us! 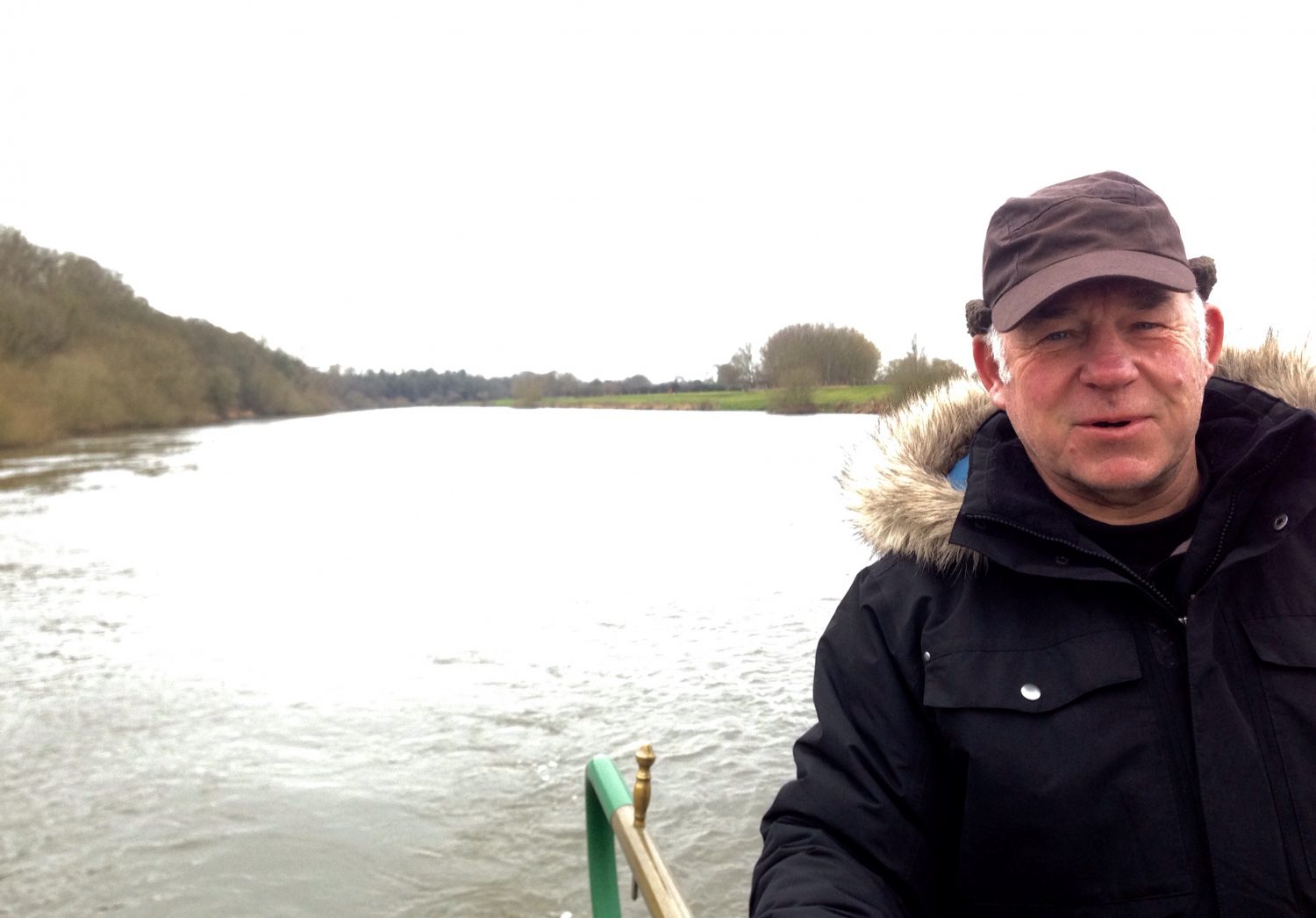 Barry’s all wrapped up to keep the cold at bay – not sure he succeeded though, it was rather relentless, and this was before the pelting rain! 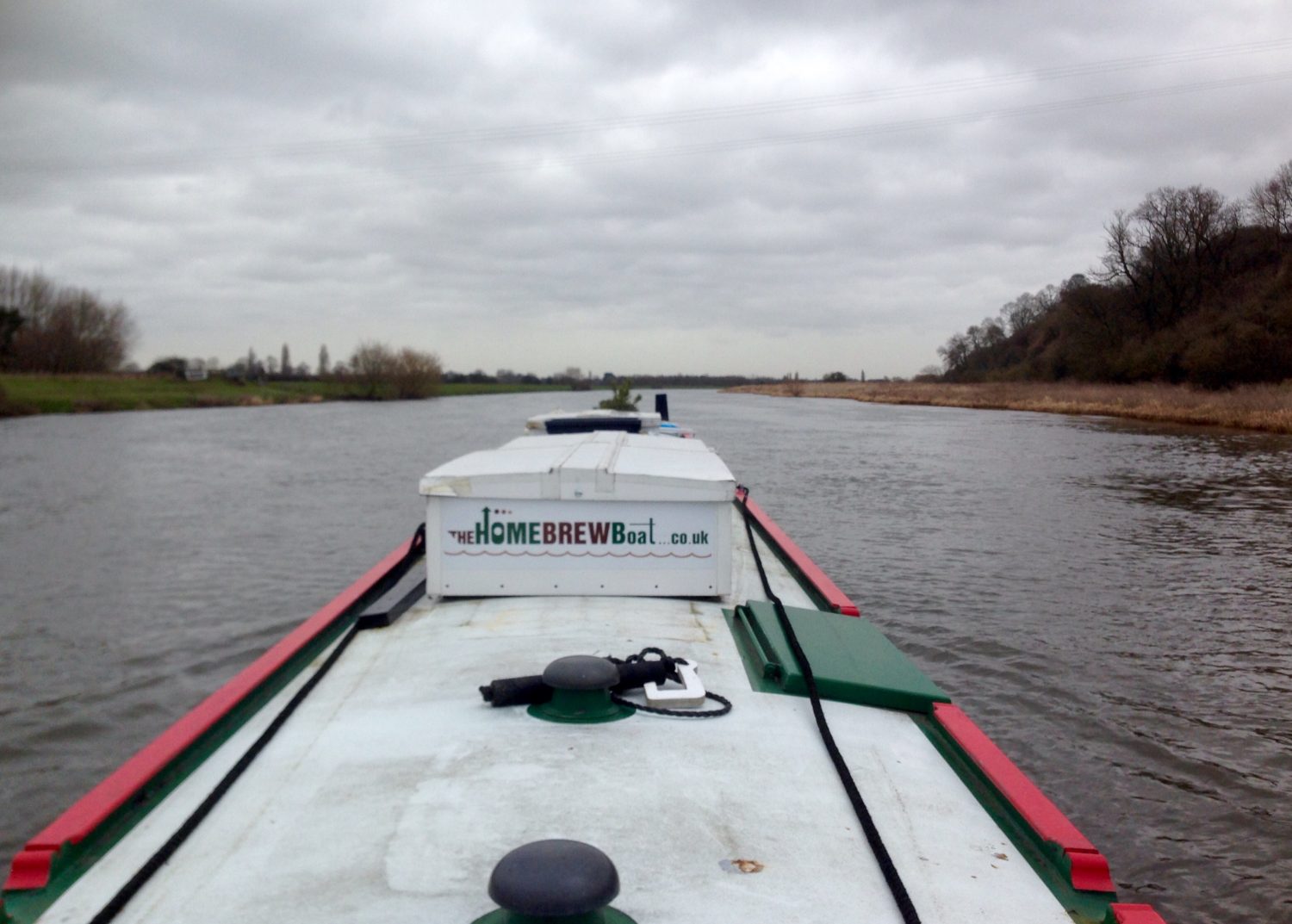 Flat and bleak – maybe we read the description incorrectly?

Of course the bleakness of winter is hardly likely to showcase any surrounding foliage. Still we find it difficult to believe any time of year. It’s pleasant enough,  just rather nondescript.

The temperature must have been below zero – if not, the wind chill definitely was. It wasn’t the most pleasant of journeys that’s for sure. 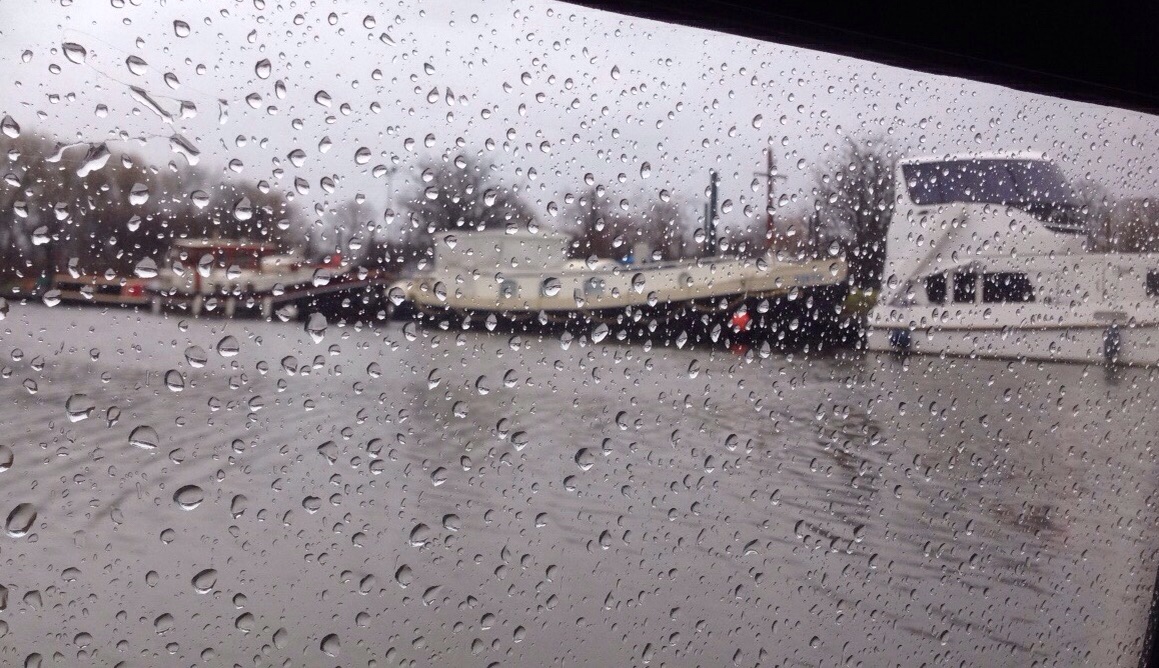 Once we arrived and moored up in Newark, our spirits lifted considerably. We were directly opposite the ruins of the castle, which was partly destroyed in 1646, at the end of the English Civil War.  Despite being a shadow of its former self, the castle in some form can boast being in situ for over 900 years! Such longevity and history is one of the many reasons Barry loves England. 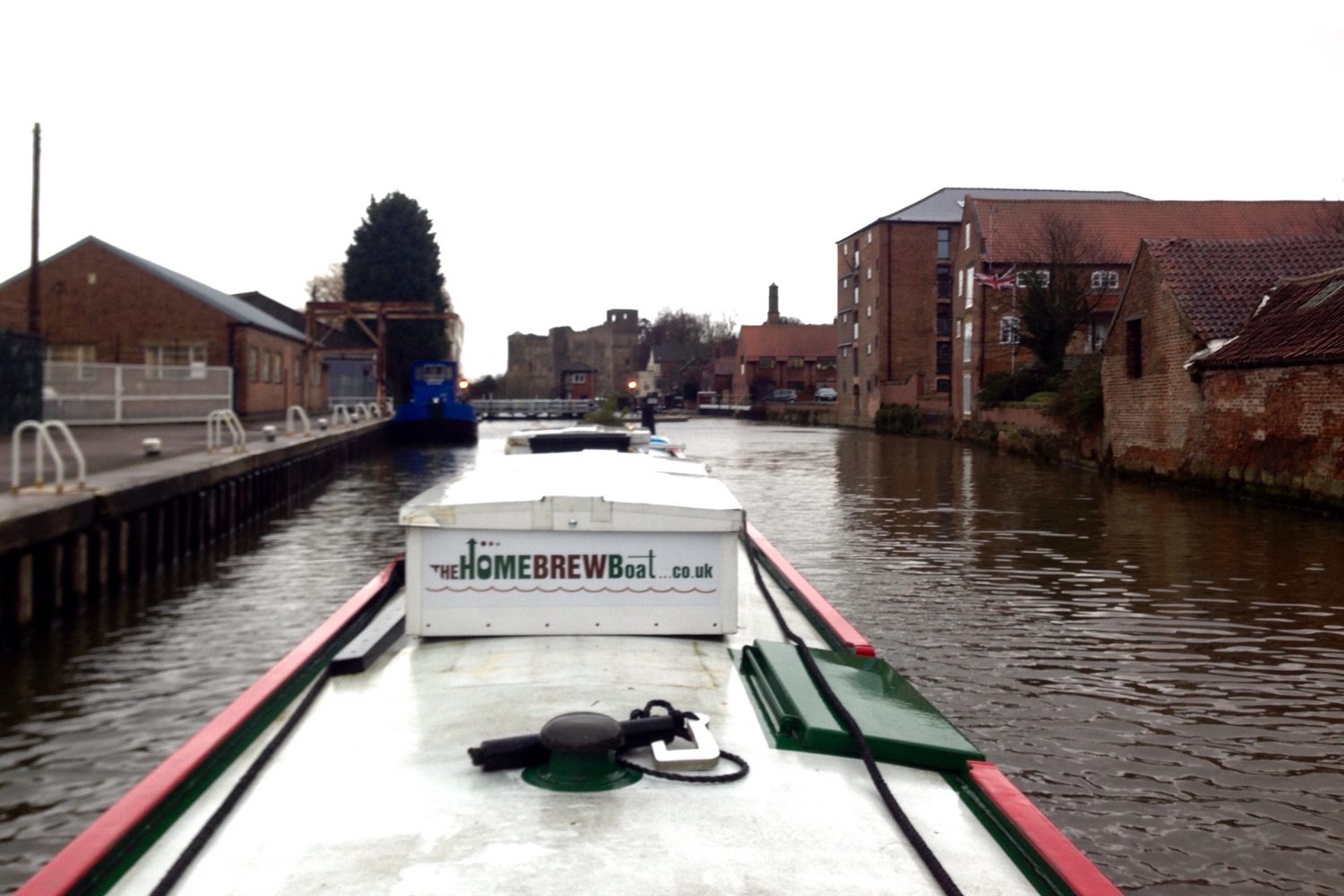 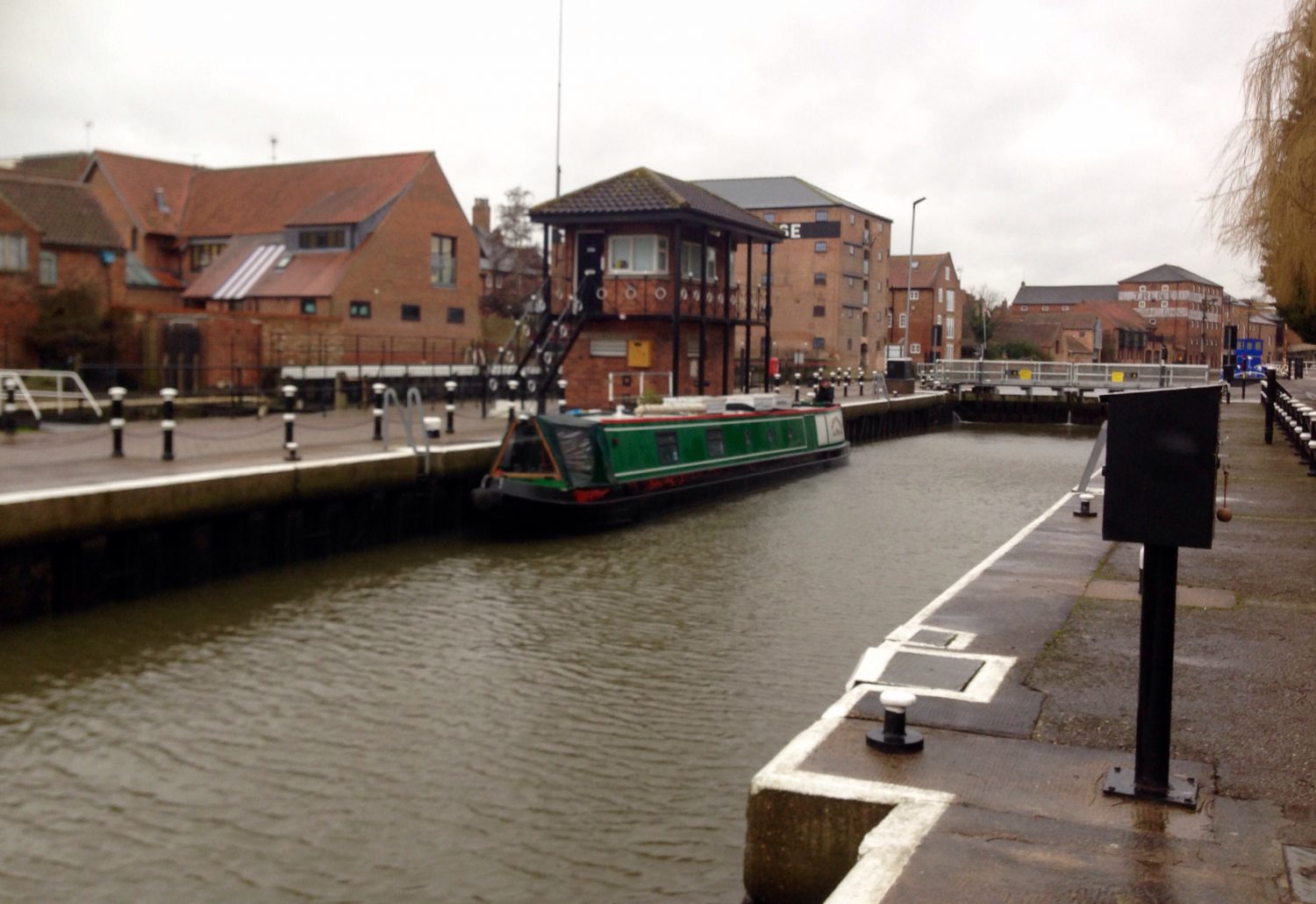 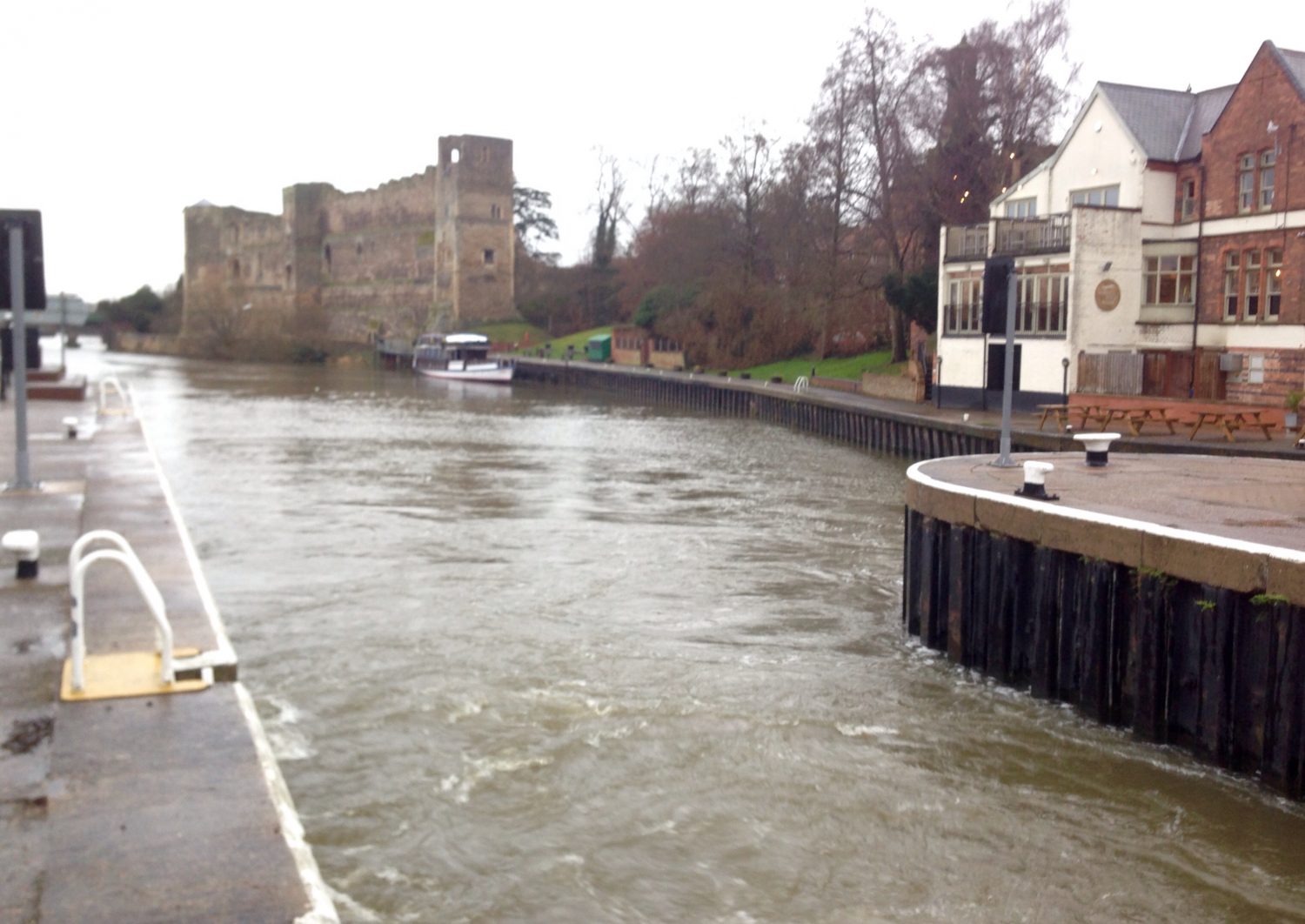 The ruins of Newark Castle in the distance 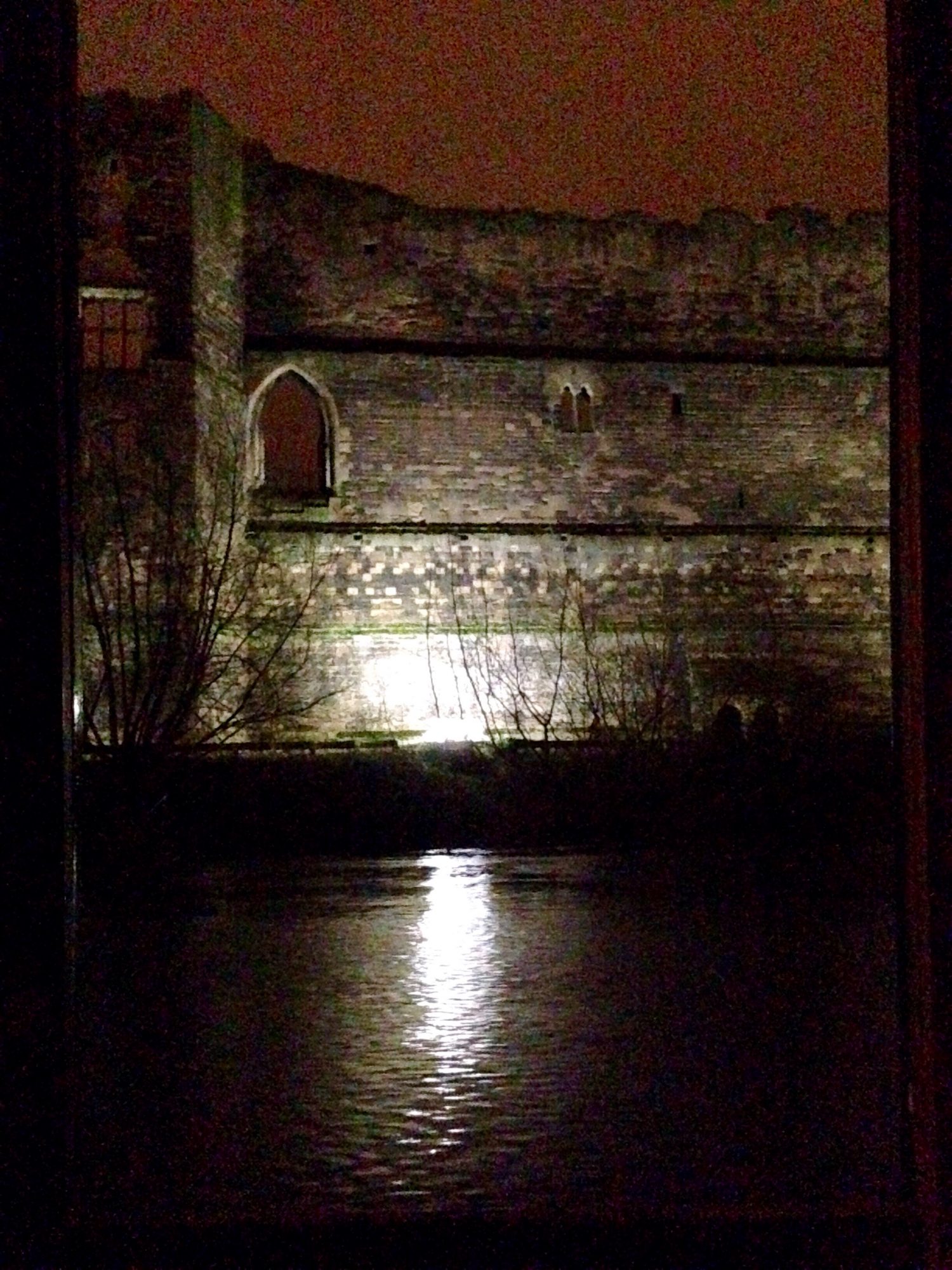 Tied up opposite this magnificent building, despite it being only a facade nowadays 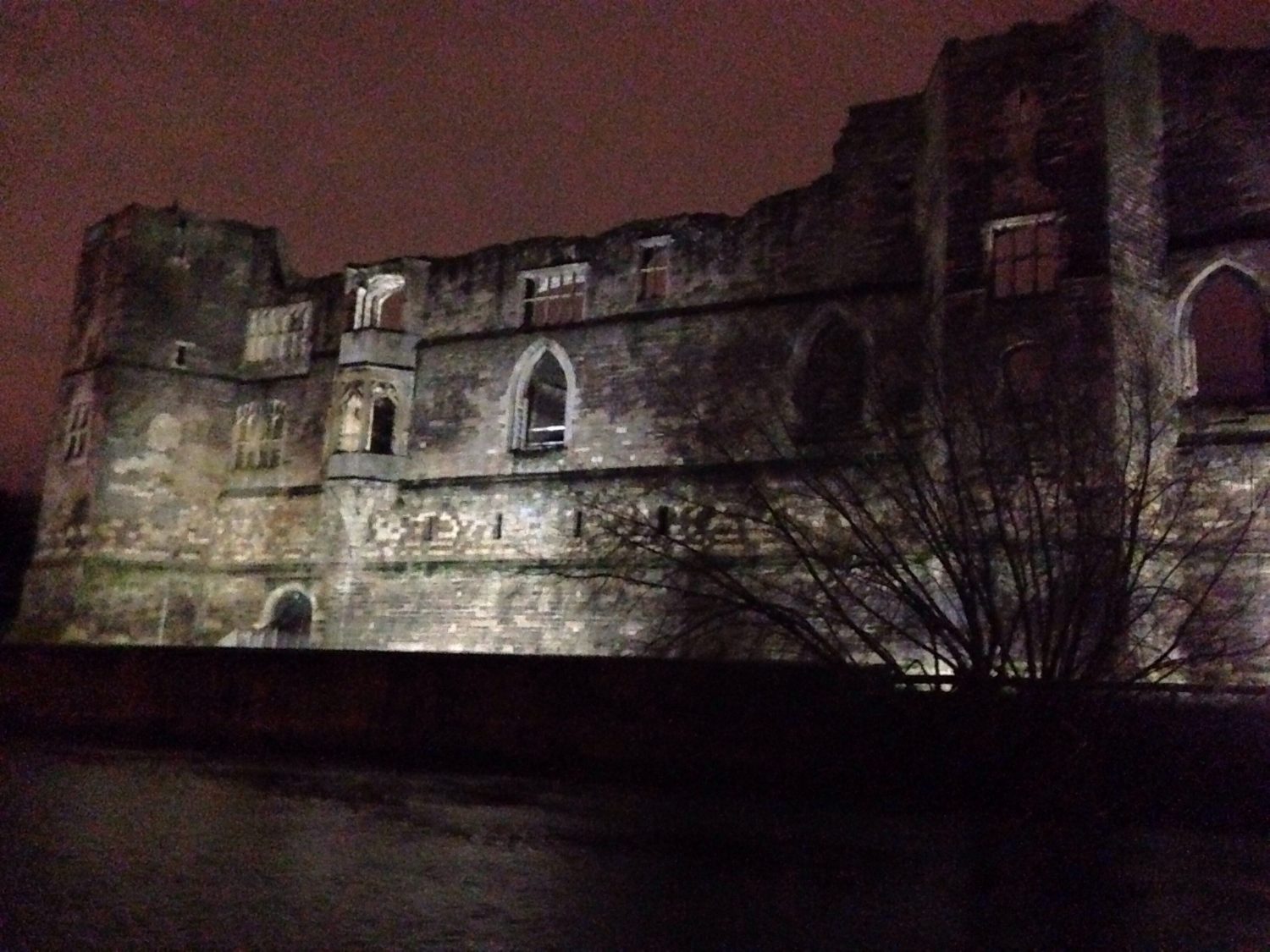 This morning we were greeted by a complete contrast in colour – though not wind chill factor or temperature! That didn’t alter significantly sadly. However the sky had transformed itself from murky grey to bright blue, and remained that way throughout the day … 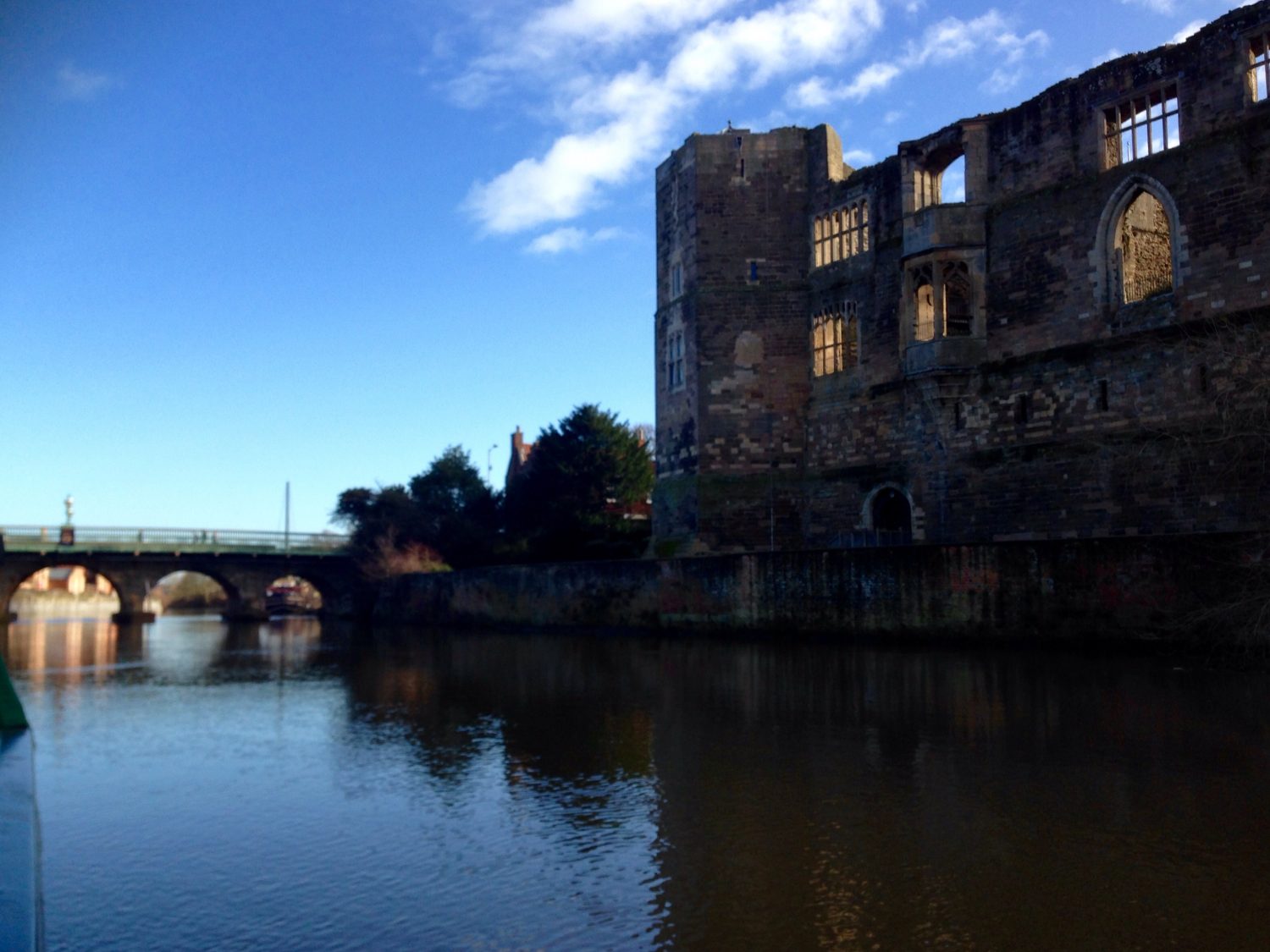 First thing this morning from the side hatch 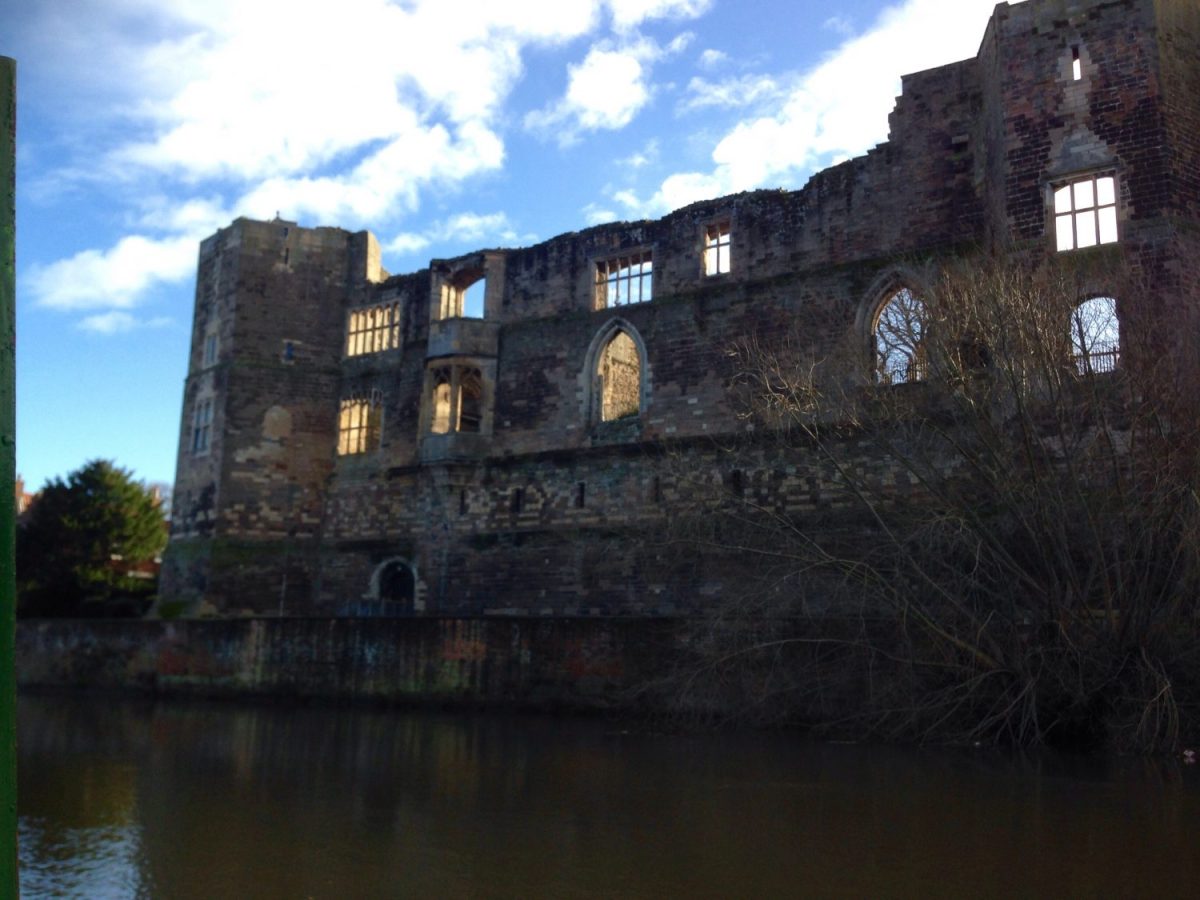 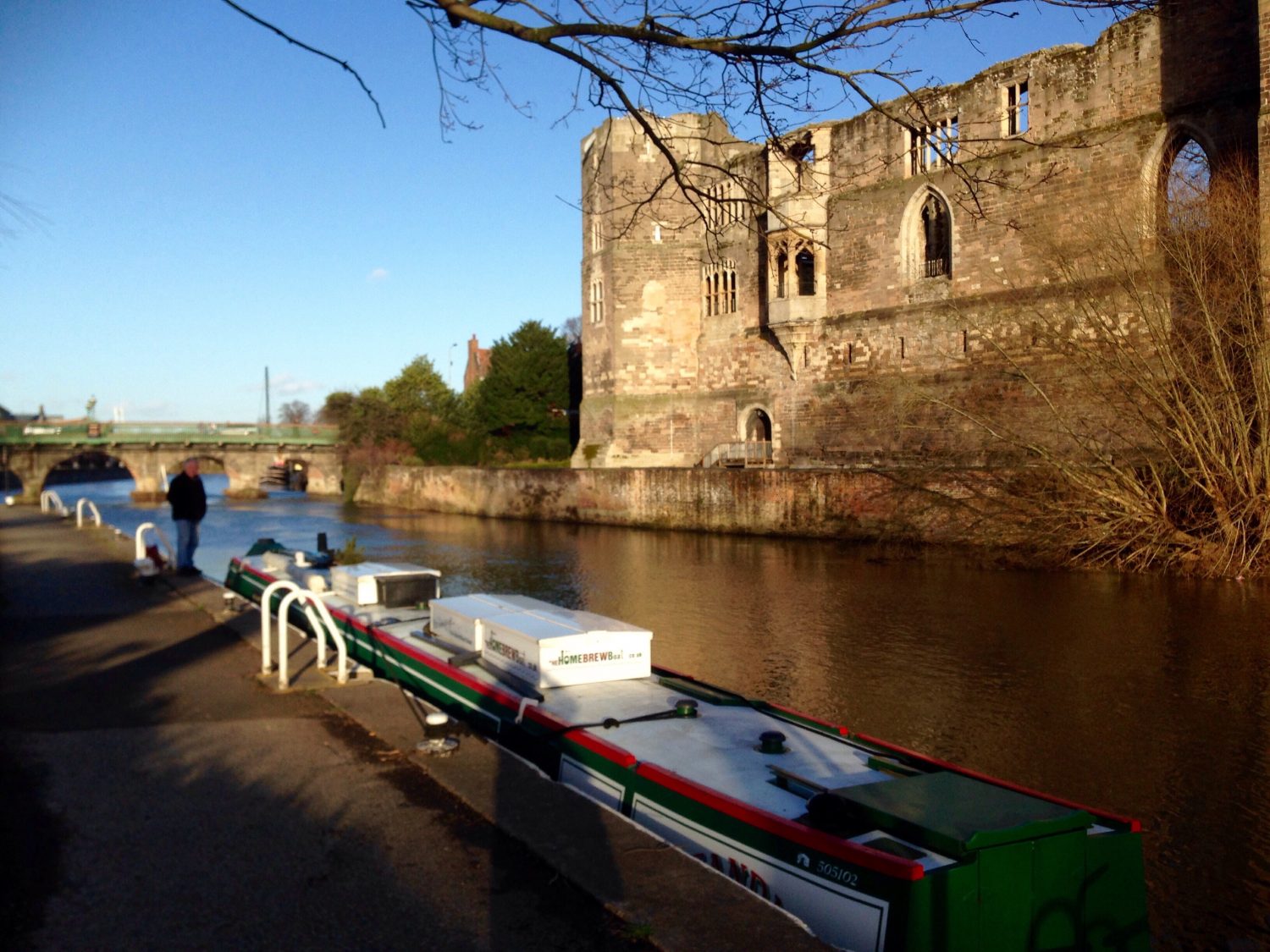 Later this afternoon, after a walk into the town

Thankful for an abundance of friends

I was thrilled to get a message from Claire last night, to say she was staying not too far away and could she come and visit – how fabulous! I’ve known Claire since the autumn of 2013, after we were introduced by a mutual friend, but we’ve never previously met in person. 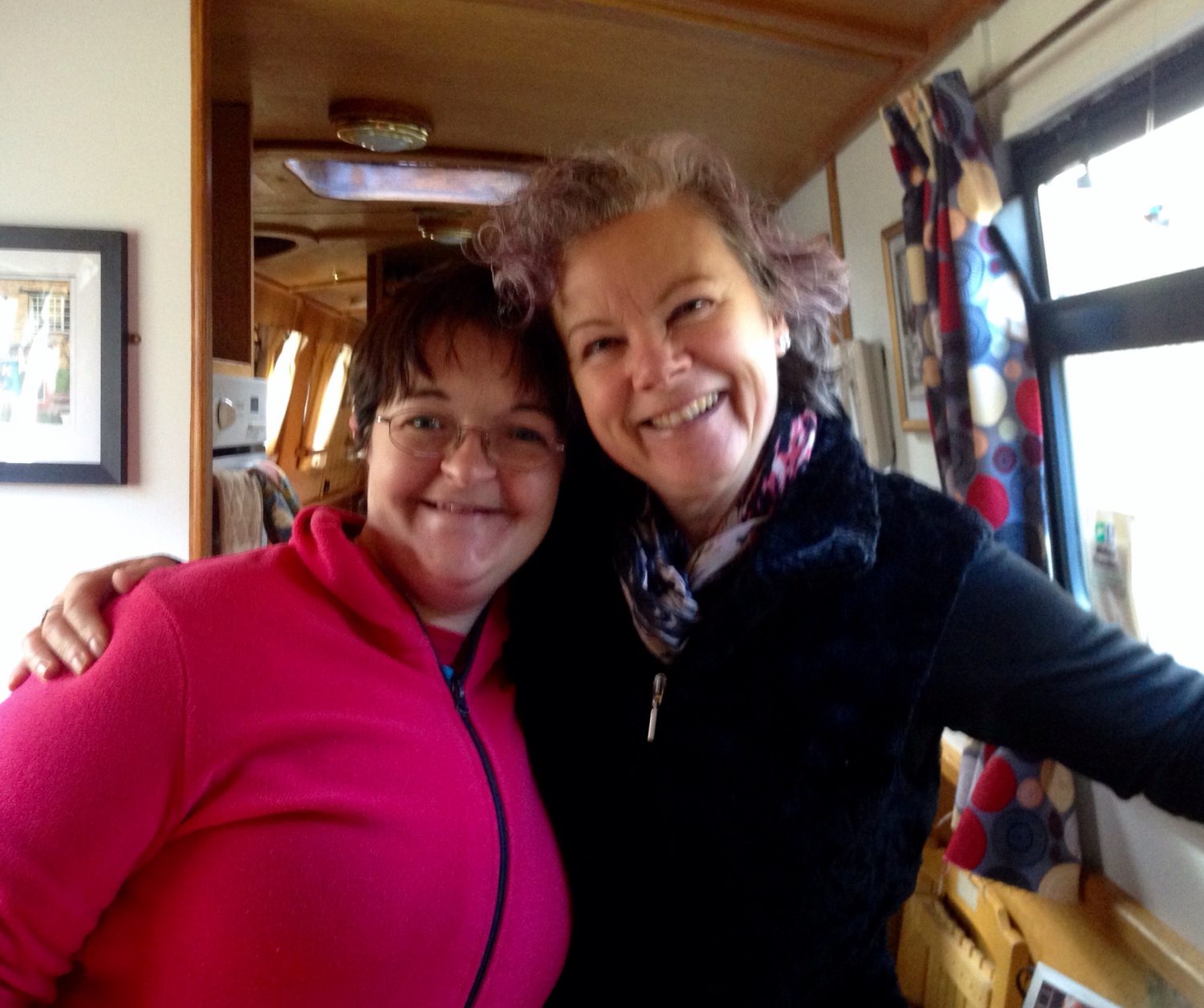 Tomorrow we’re meeting the sister of another friend, and going for lunch. Blimey! It’s an endless stream of lovely people coming to visit at the moment – and is unlikely to slow down for the foreseeable future! We do feel fortunate. And blessed. Never a dull moment.

On Saturday we’ll be leaving early in the morning, heading to Cromwell Lock then on until we make a sharp right turn Torksey Lock. We’re expecting to welcome a visitor on board for the journey, which promises to be exciting. From there we’ll leave the mighty Trent behind for around ten days, and moving eastwards to Lincoln once again. And yes, we’ll be catching up with at least one other friend there! Maybe even a family member or two – of mine. My paternal grandmother had relatives in and around Lincoln, though I’m doubtful there’s any still living there …