In July 2009 we were naive, novice, live-aboard Narrowboaters, on a long-anticipated six-month sabbatical from New Zealand. Reflecting incredulously  (mostly me!), one of our first journeys was down (up country but down river, I have no concept of how that works) the River Trent. I strongly suspect if I’d known then what I do now, that particular element of our trip wouldn’t have happened. Or at least not with me on board!

Almost nine years later we’re back on the mighty river, excitedly anticipating re-visiting places, gifted with far greater experience and knowledge of the positives and pitfalls. And possibly also venturing to a few new vistas.

Thankfully Barry’s now undertaken more research, and continuing after Keadby Lock will no longer be part of the near future plan – and if it is, something will have gone horribly awry! In order to travel to Goole, unsurprisingly a VHF radio is a requirement. We don’t have one, nor wish to invest in obtaining such a thing. He described the process he’d discovered of moving down-river with the outgoing tide, then waiting for the turn, before heading round the corner to Goole (there was something about sitting on a sandbank that particularly horrified me). It sounded precarious to say the least – definitely not for the fainthearted. So I’m afraid anyone who’s been eagerly anticipating that adventurous blog tale will be sadly disappointed …

In the meantime, we’re currently on the non-tidal Trent. We moved yesterday afternoon a short distance from the Beeston and Nottingham Canal onto the River, opposite Nottingham Forest Football Club. We hadn’t made it to the ‘castle’ (apparently it’s a ‘Ducal Mansion’ now rather than a castle, and more art gallery than anything else so at £10.95 each admission we thought we’d give it a miss!), the Justice Museum or Caves. Frugality won the day as it often does – a small price to pay for the freedom we enjoy. We did however have some awesome visitors while moored there (which reminded me once again, the most important treasures are people) – and brought one of them onto the River with us for a short trip. 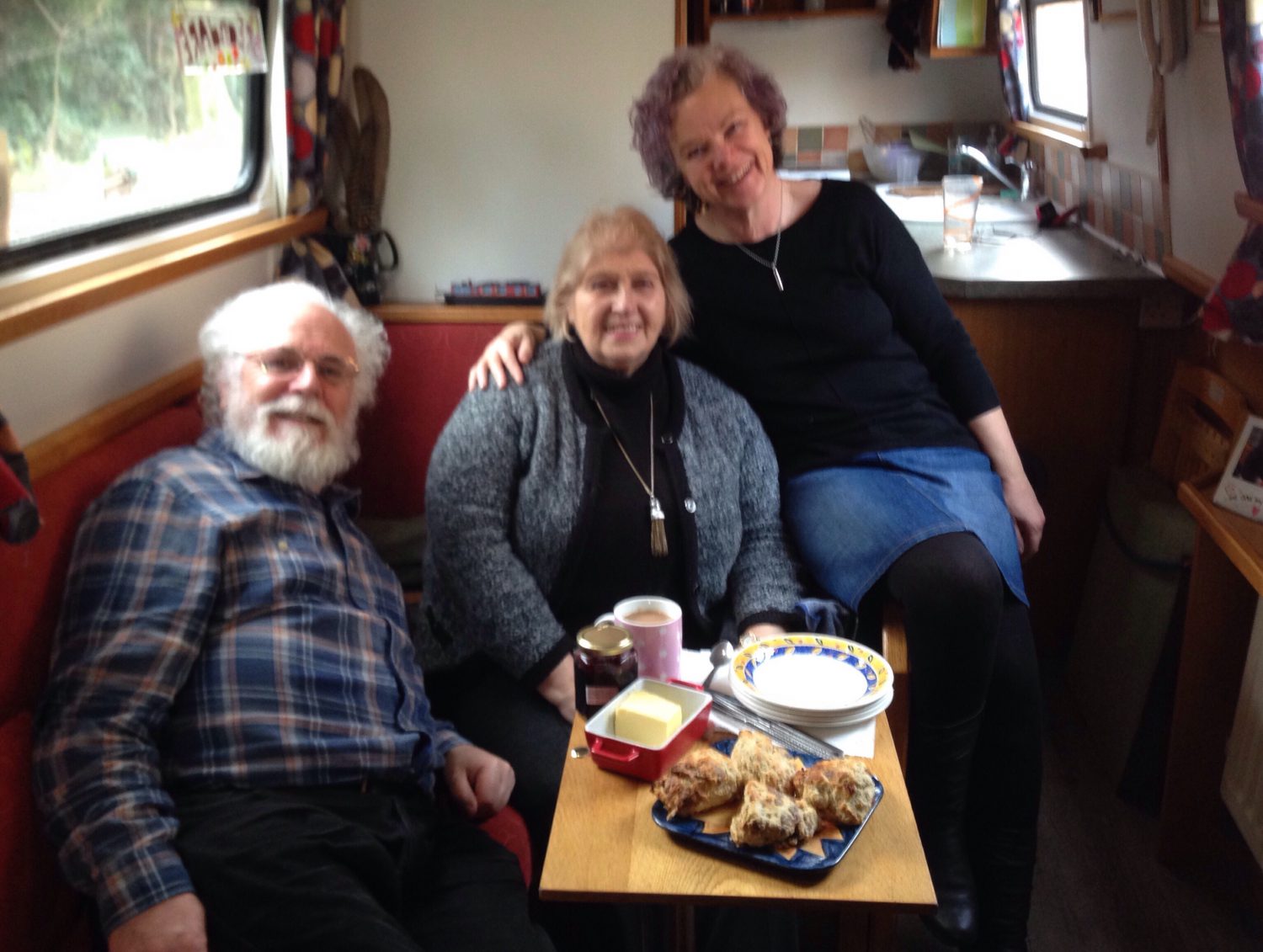 Judy and Neil from Beeston 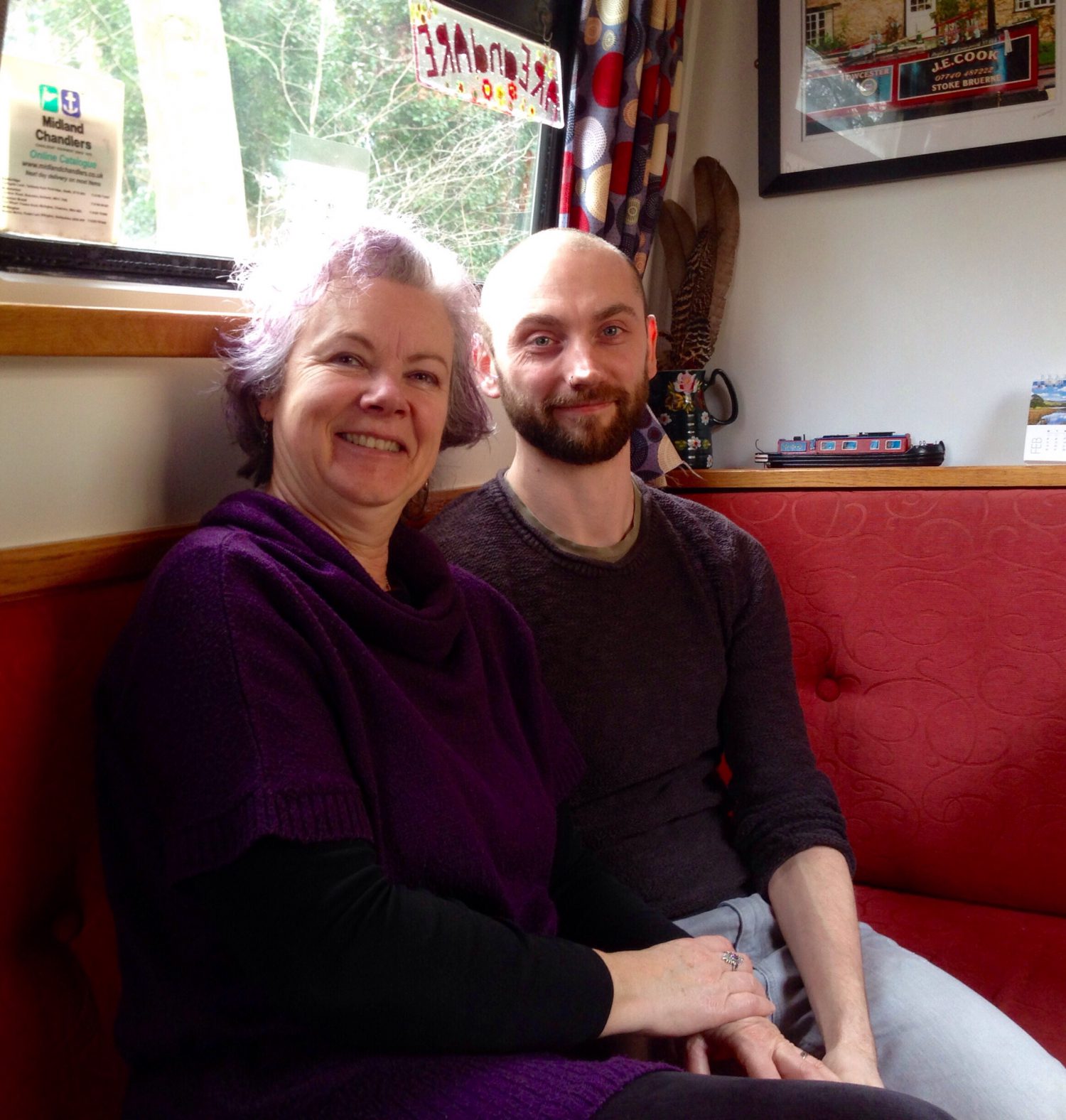 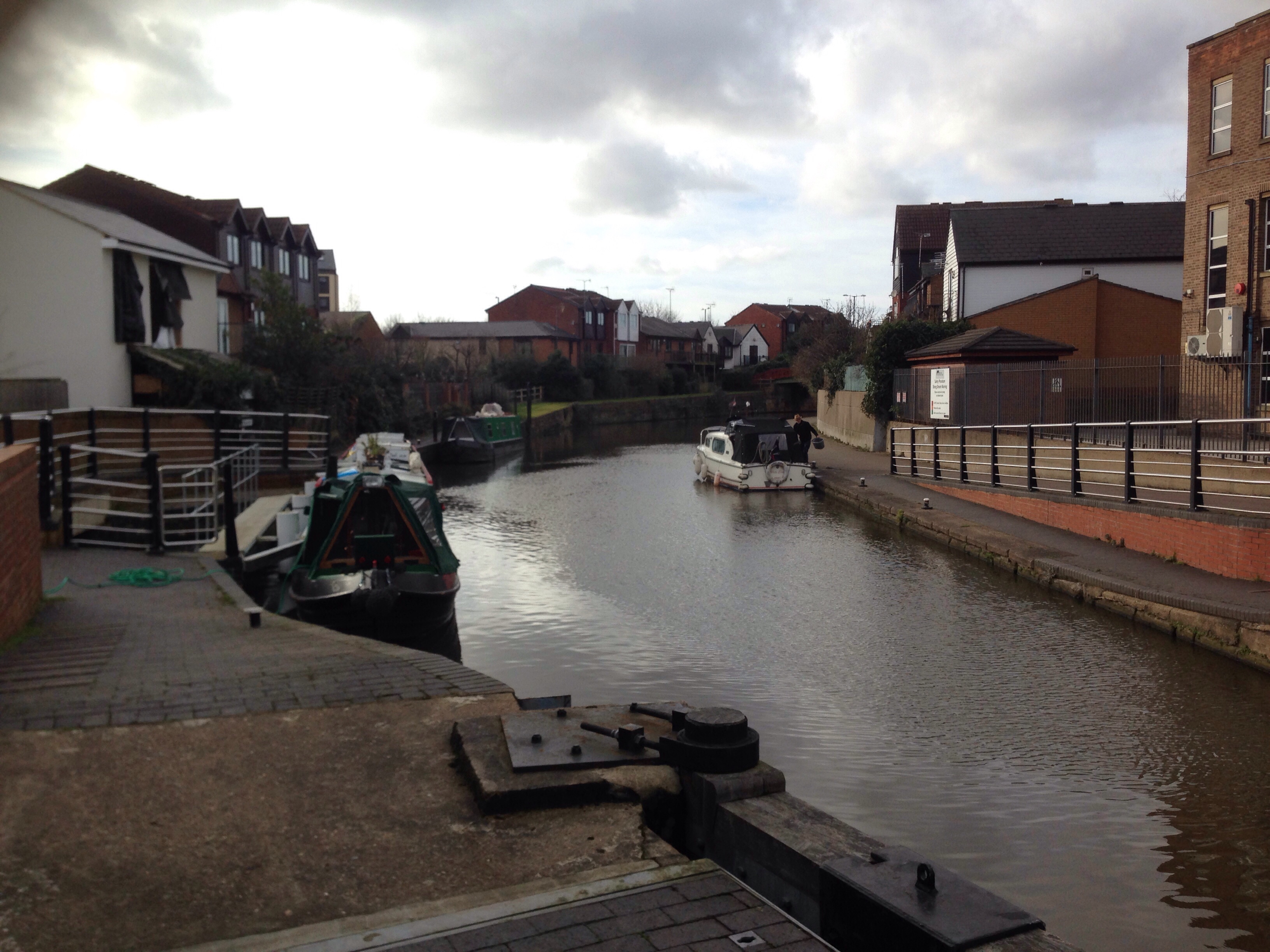 Filling and emptying at the service point before the River 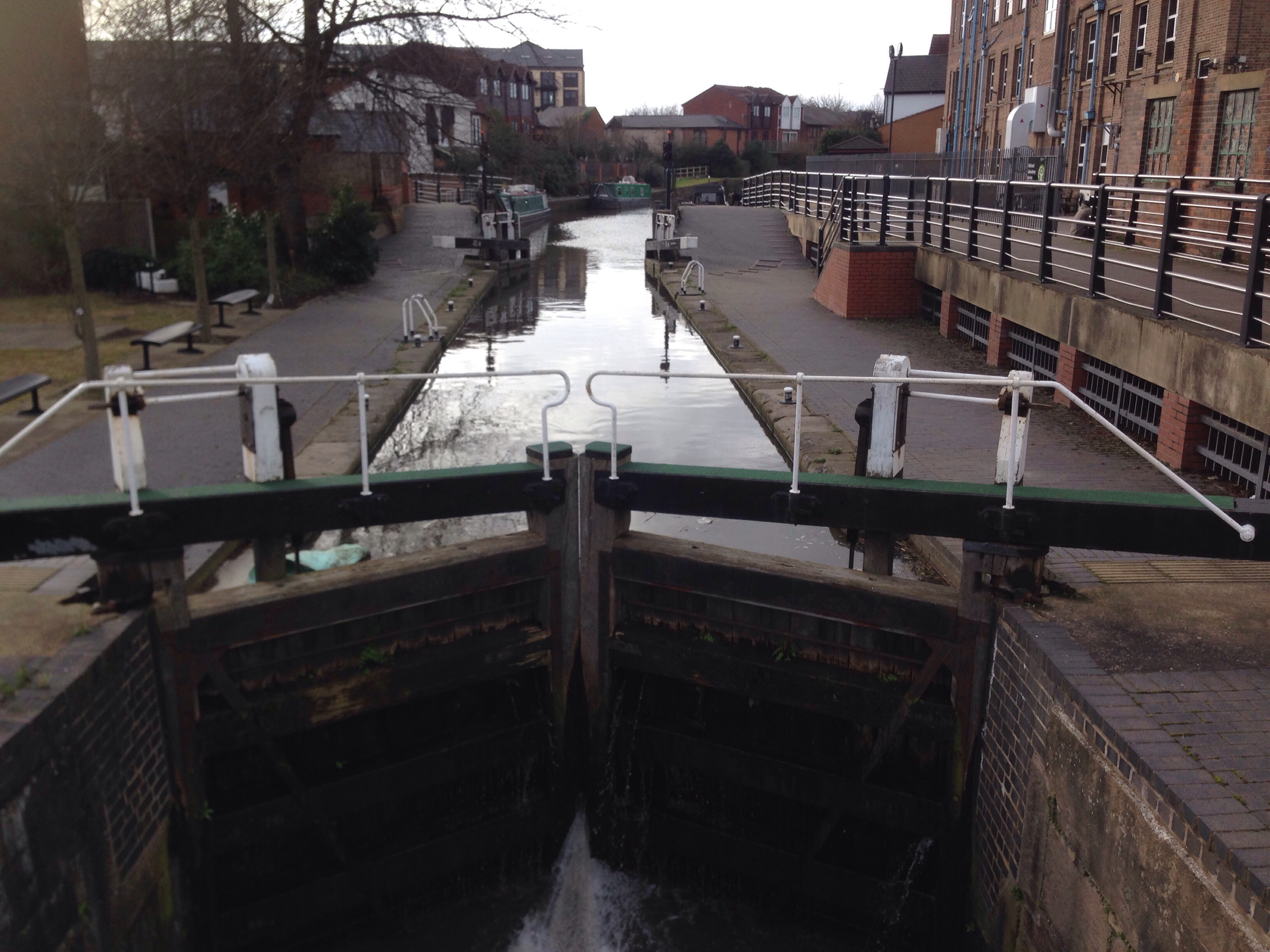 Last Canal lock for a while 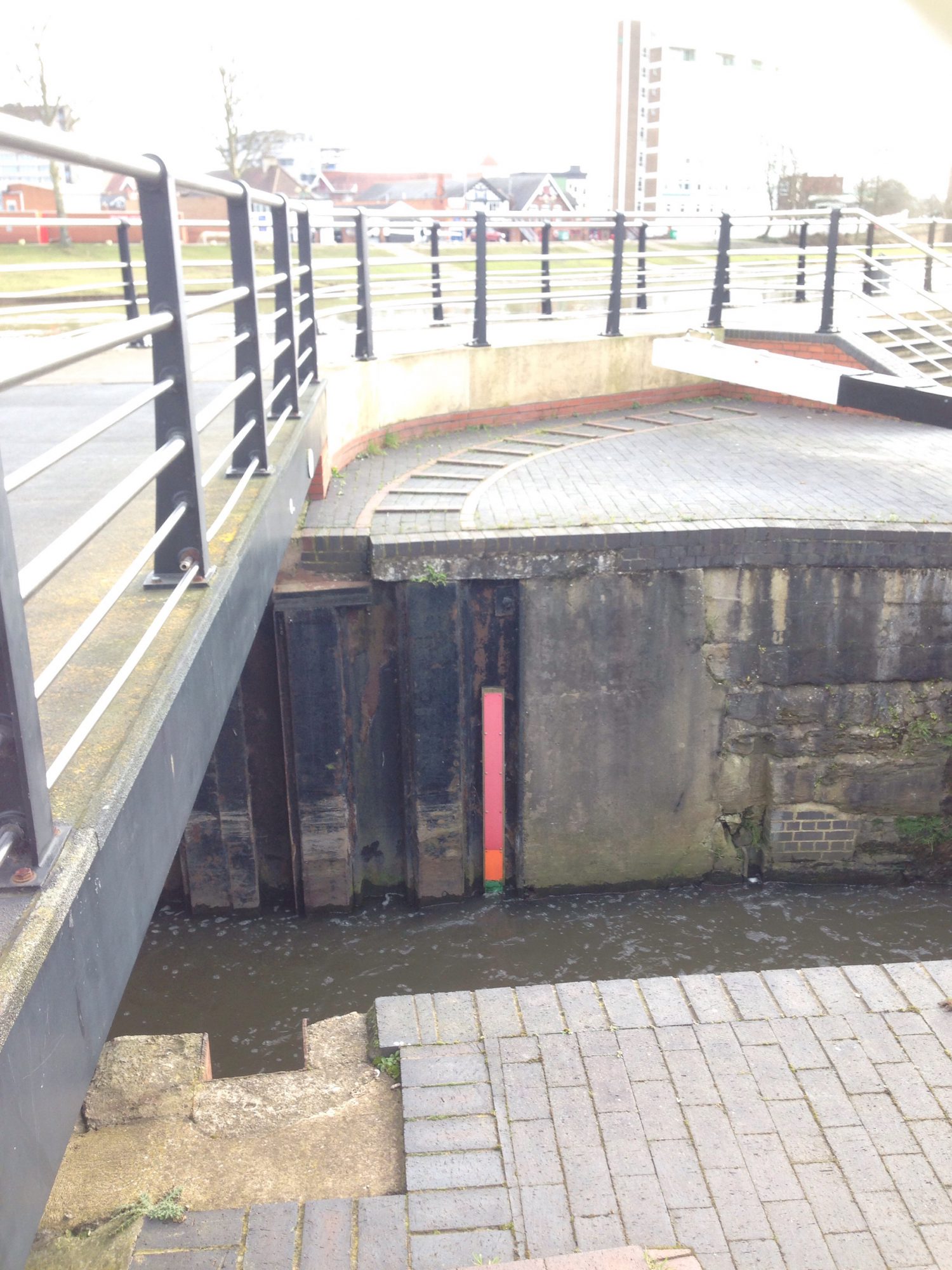 Thankfully the level of the river allows us to enter 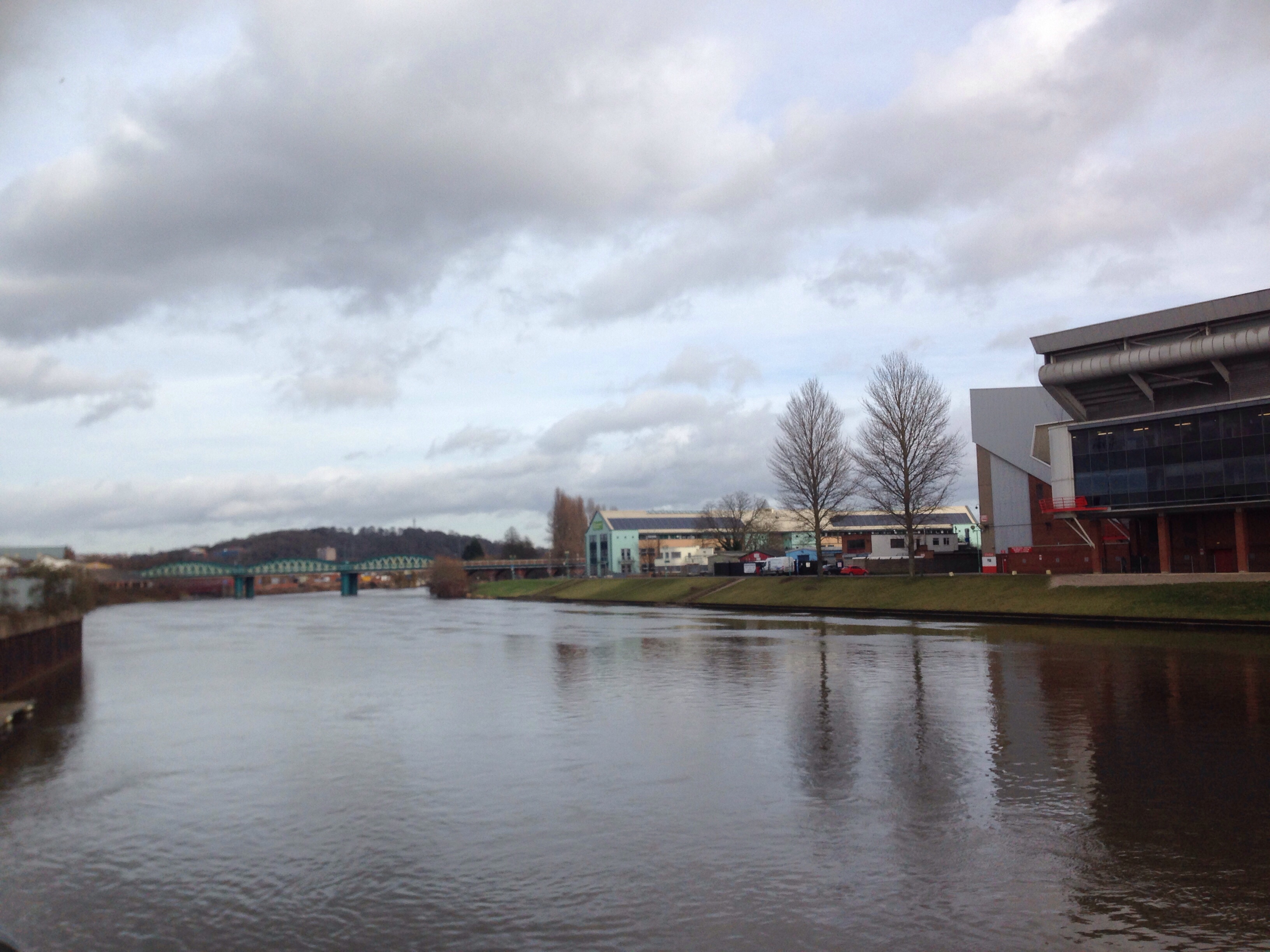 A taste of what’s to come 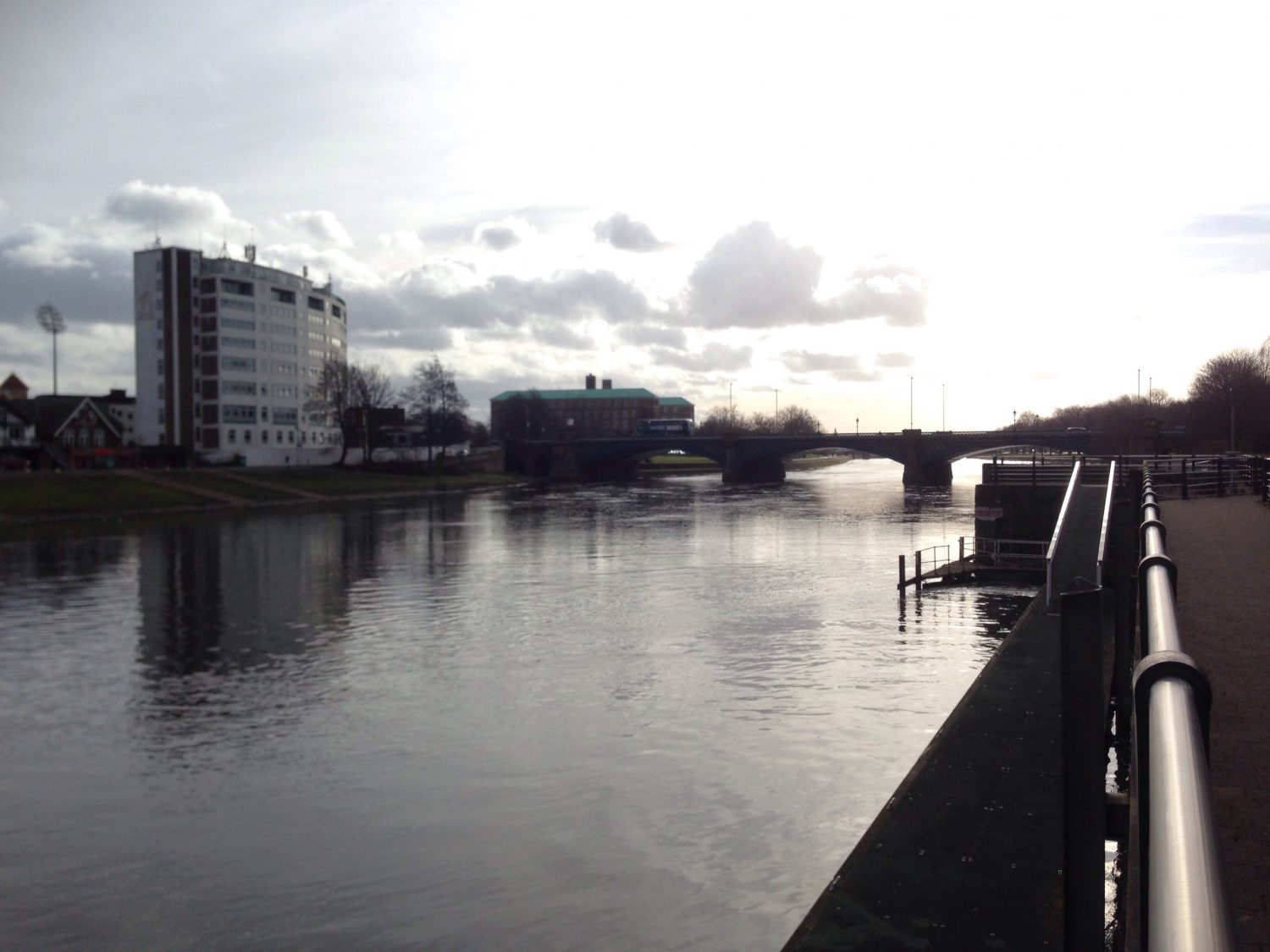 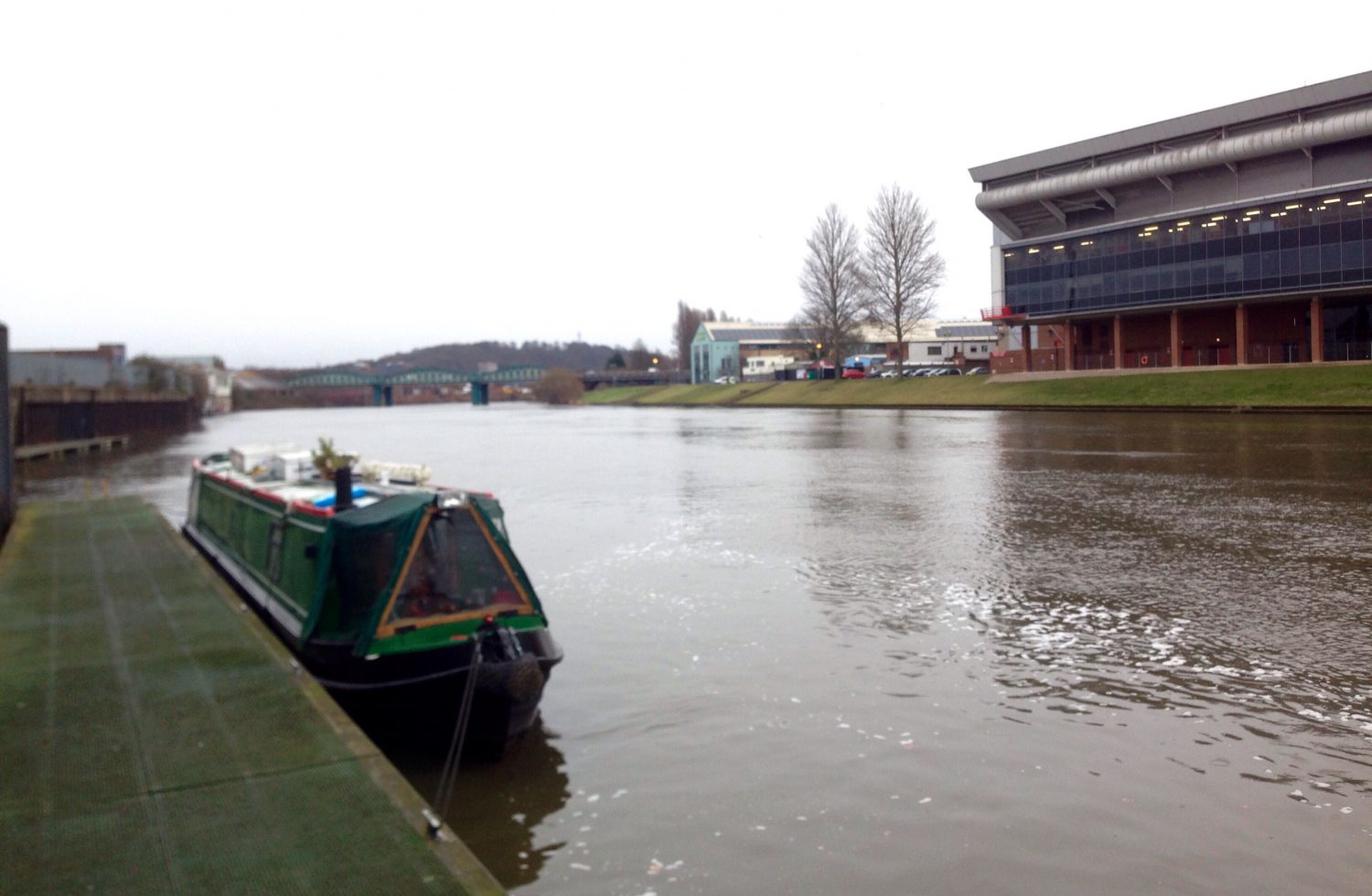 The magnitude of the locks on rivers like the Trent are breathtaking in comparison with canals. Especially out of season when they’re unmanned – and you have to remember how to work mechanised structures having not done them for a long time! 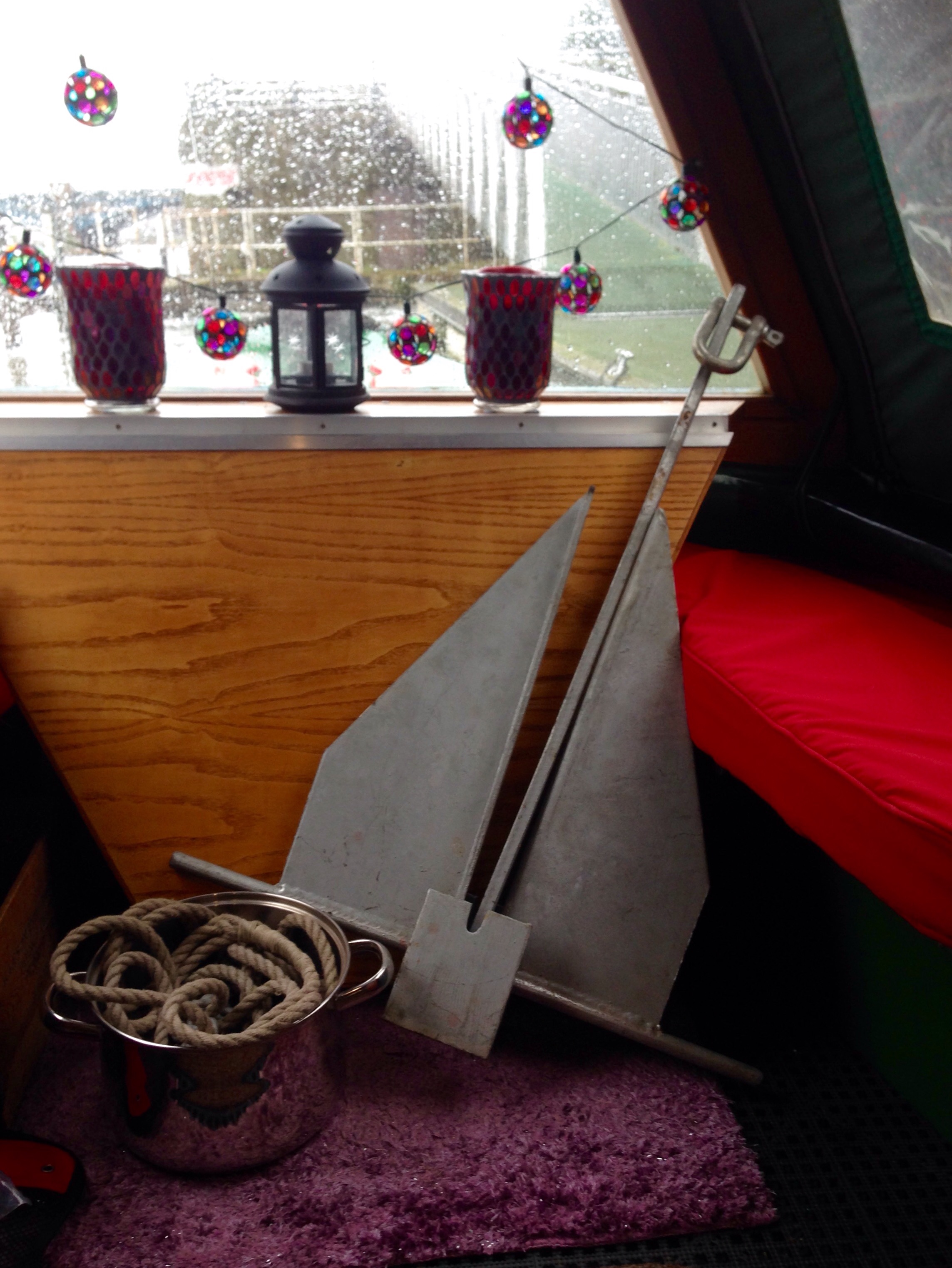 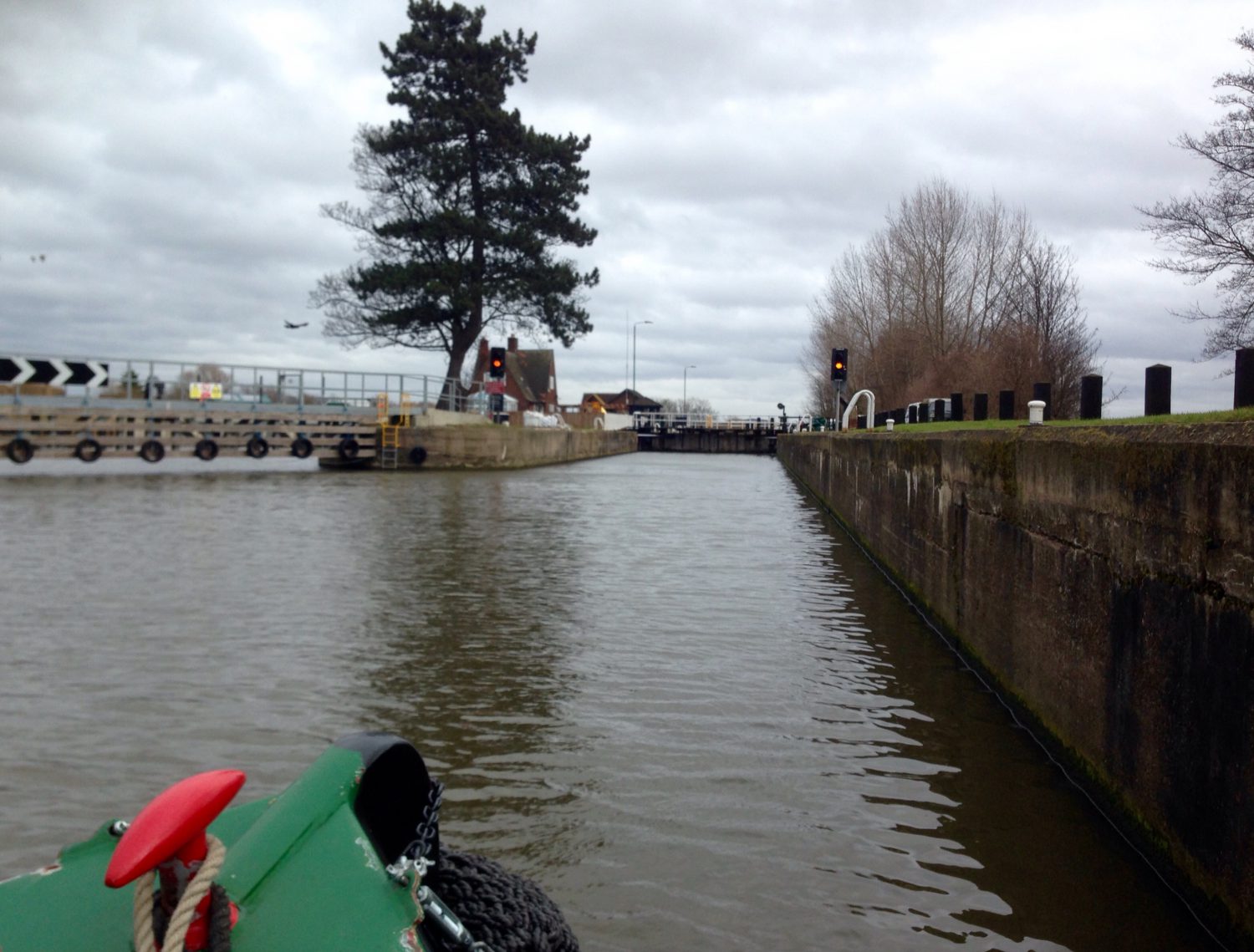 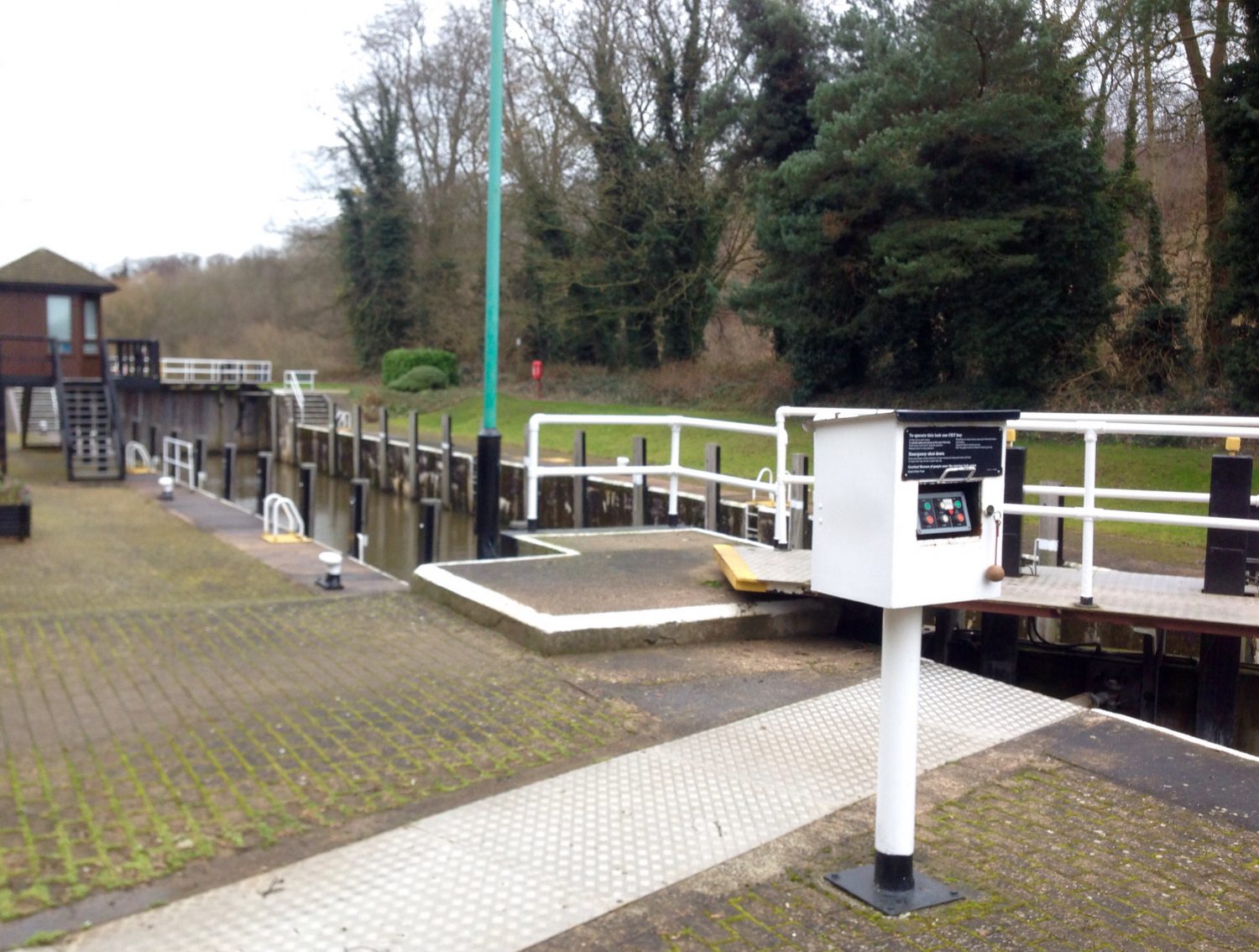 Now how does it work? 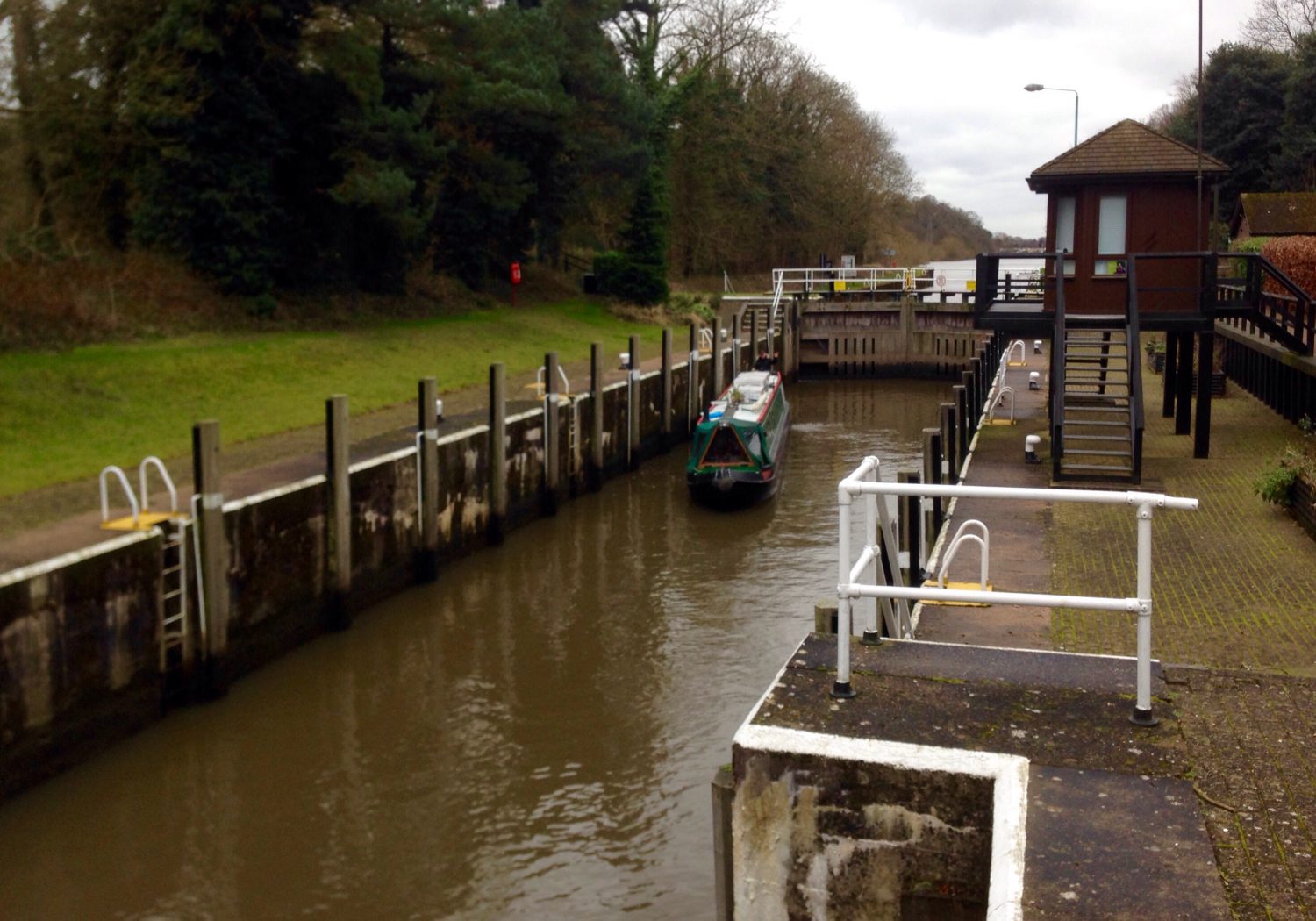 A tiny boat in a massive lock!

You really feel like akin to a tiny fish in big pond on this expanse of moving water. Areandare appeared ecstatic to be gliding so swiftly along – rather than pottering at its usual 3mph.

The British weather wasn’t up to much today, which didn’t show the surroundings in the best light. Still we noticed the contrasts, and the possibilities for more wildlife spottings.

And Mother Nature produced a spectacle for our night’s mooring at Gunthorpe (why do I keep wanting to call it Grimthorpe?) which made up for the grey, cold and dreadfully damp day … 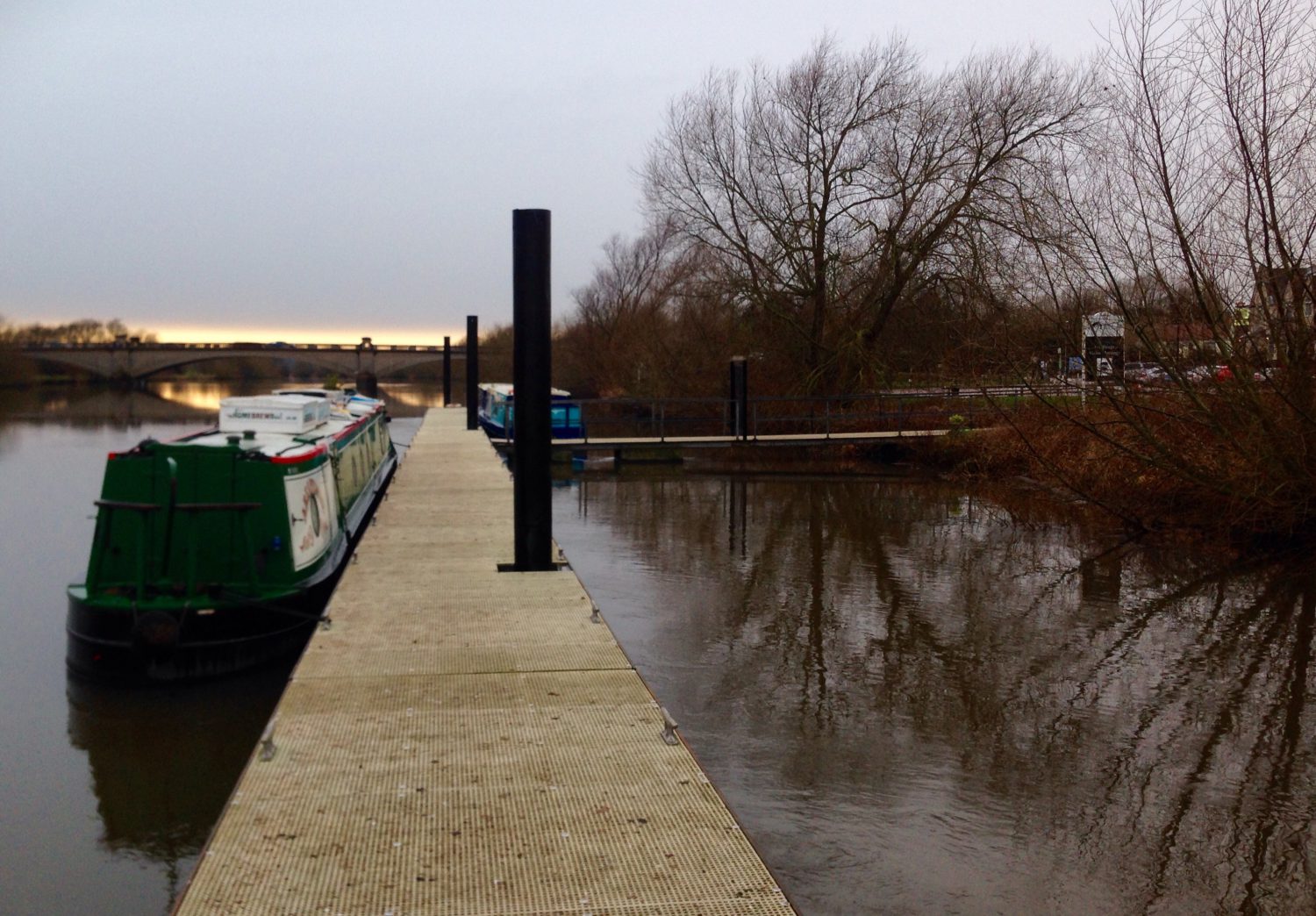 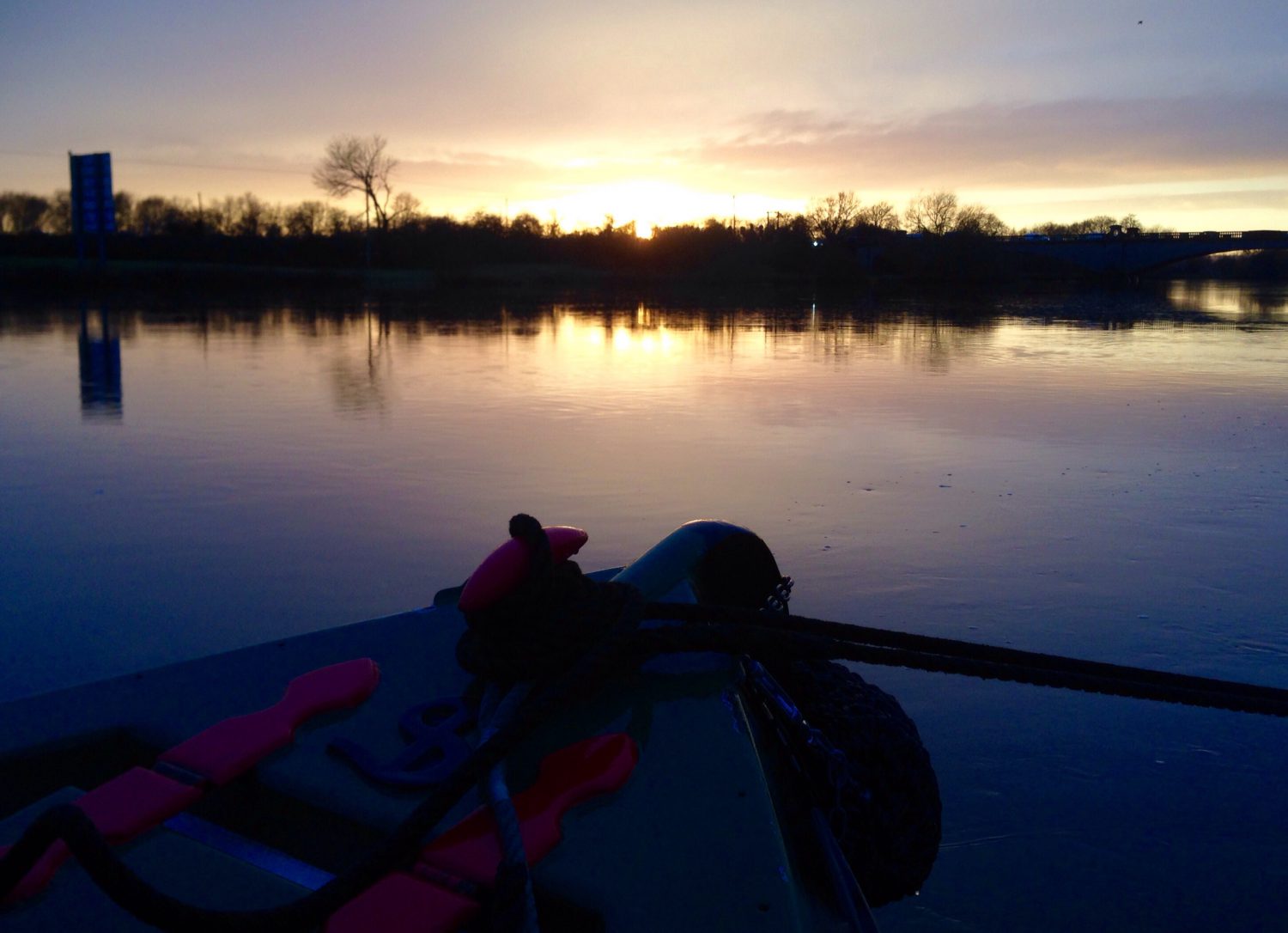 4 thoughts on “Returning to the River Trent after nine years”