It’s difficult to adequately describe the sense of freedom and relief Barry and I have felt for the past three days. You’ll have gathered that the truck finally arrived two and a half hours late to collect the eight loaded pallets that had been our Calendar Club shop. It took over an hour to complete the task (a story I shan’t elaborate on here), and we fell wearily into bed sometime after midnight.

Tuesday wasn’t seen until around 10am. Total bliss!

I’d love to say we’ve rested since then and will do for the foreseeable future. In many ways we have, and we will. The challenge is there’s now so much to catch up on before we begin our travels east, north, west and north! And to be honest resting isn’t as exciting as being adventurous and living as if today could be the last day …

Don’t get me wrong here. There’s a myriad of ways we loved our fourteen week season of Calendar Club. We met so many wonderful new people, caught up with family and friends (some of whom we’d not seen for a long time), and improved our sales experience exponentially. We learnt an extraordinary amount about people and things. For instance I had an extensive education in Harley Quinn from a bubbly teenager. I became ‘BFF’ with another and learnt the bunches hand greeting ‘safe’. A delightful mother and daughter regularly visited for a chat – and purchased about a dozen items over our time there. A fascinating gentleman who used to work for Hammer Horror regaled us with tales of Christopher Lee and many other stars he used to work with. The romantic tale of a young gentleman who crept in and whispered “Do you have any long slim penguin calendars?” He was thrilled we did and informed me it was for his wife, with a loving sparkle in his eye. We did. He said he was overjoyed “Because we call each other penguin as they mate for life.” Brought a tear to my eye. We’ll treasure these and many more heartwarming tales of the warmth of human kindness and connection.

Selling items to help people organise their lives was always going to be something that sits comfortably – especially with me. And although we abhor materialism, we believed in the products we sold.

Calendar Club has a robust system of support for their self-employed Operators and we couldn’t have managed without the support of our Territorial Manager (TM) Steve. He’ll soon be taking a well-earned break until September. We’re ‘off’ now until October sometime, when we hope, if the stars align for us, we’ll be back in Lichfield to rinse and repeat. 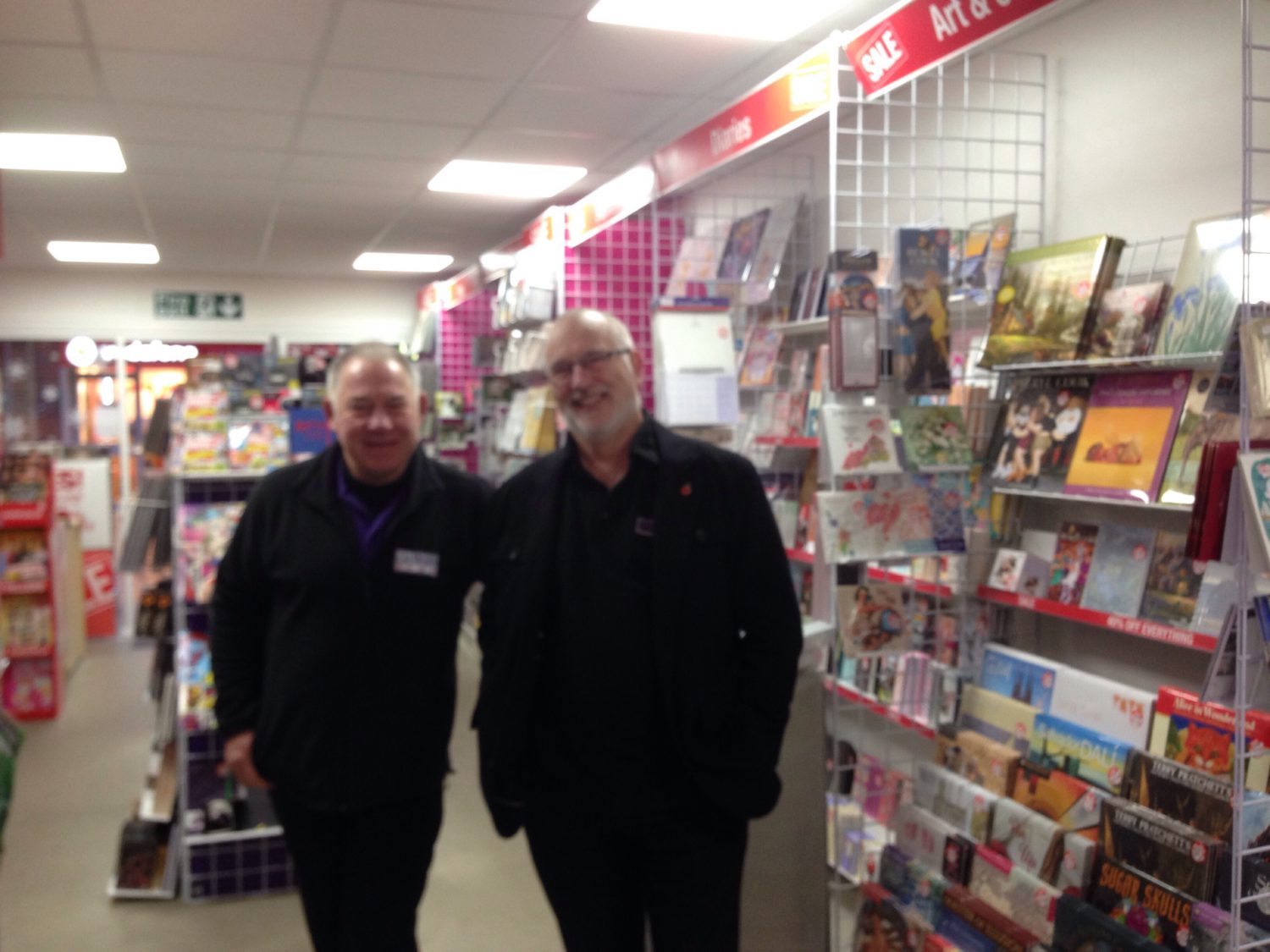 Our knowledgable and supportive TM a few days before we closed 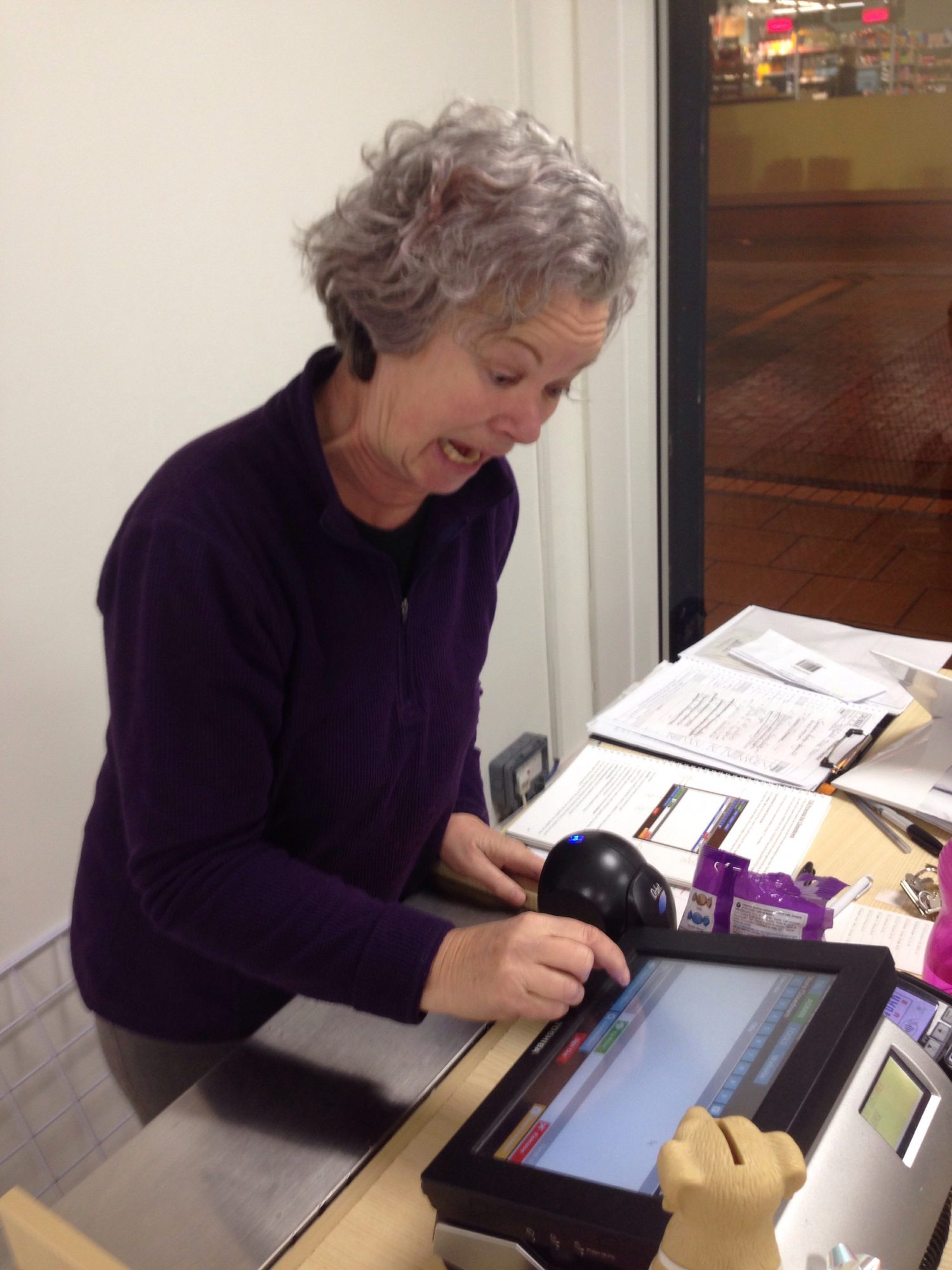 Pressing the ‘send to Head Office’ button to close 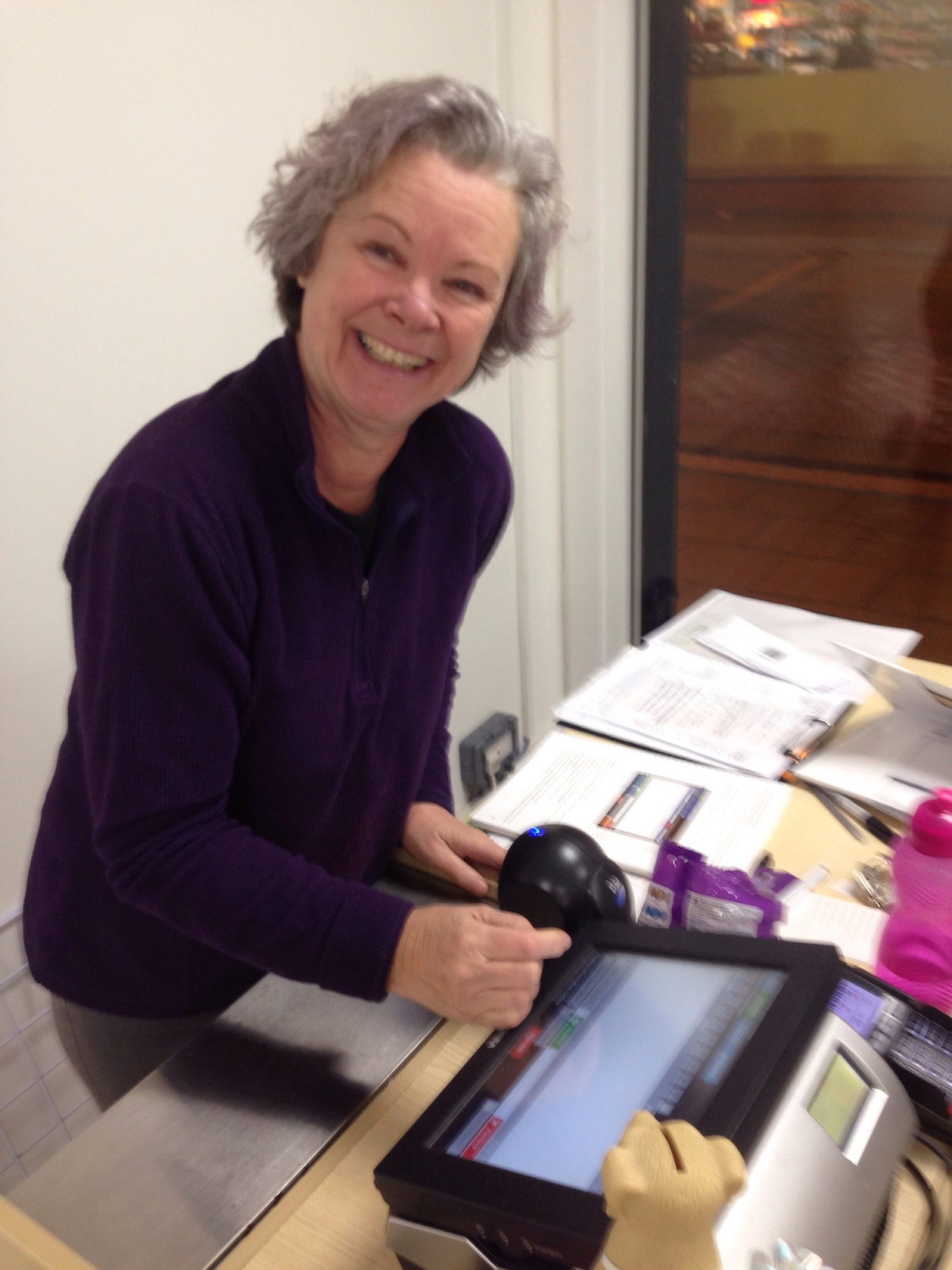 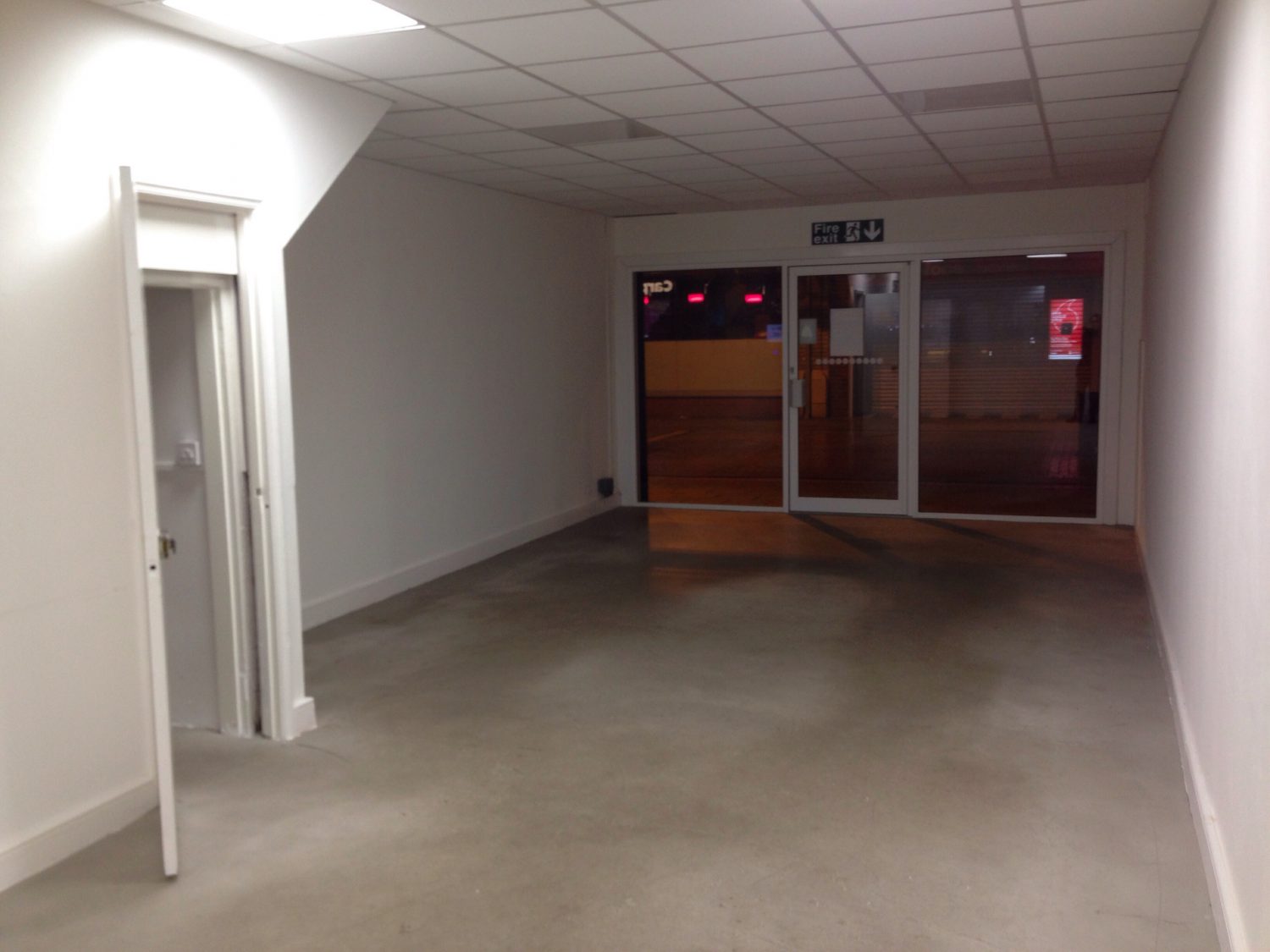 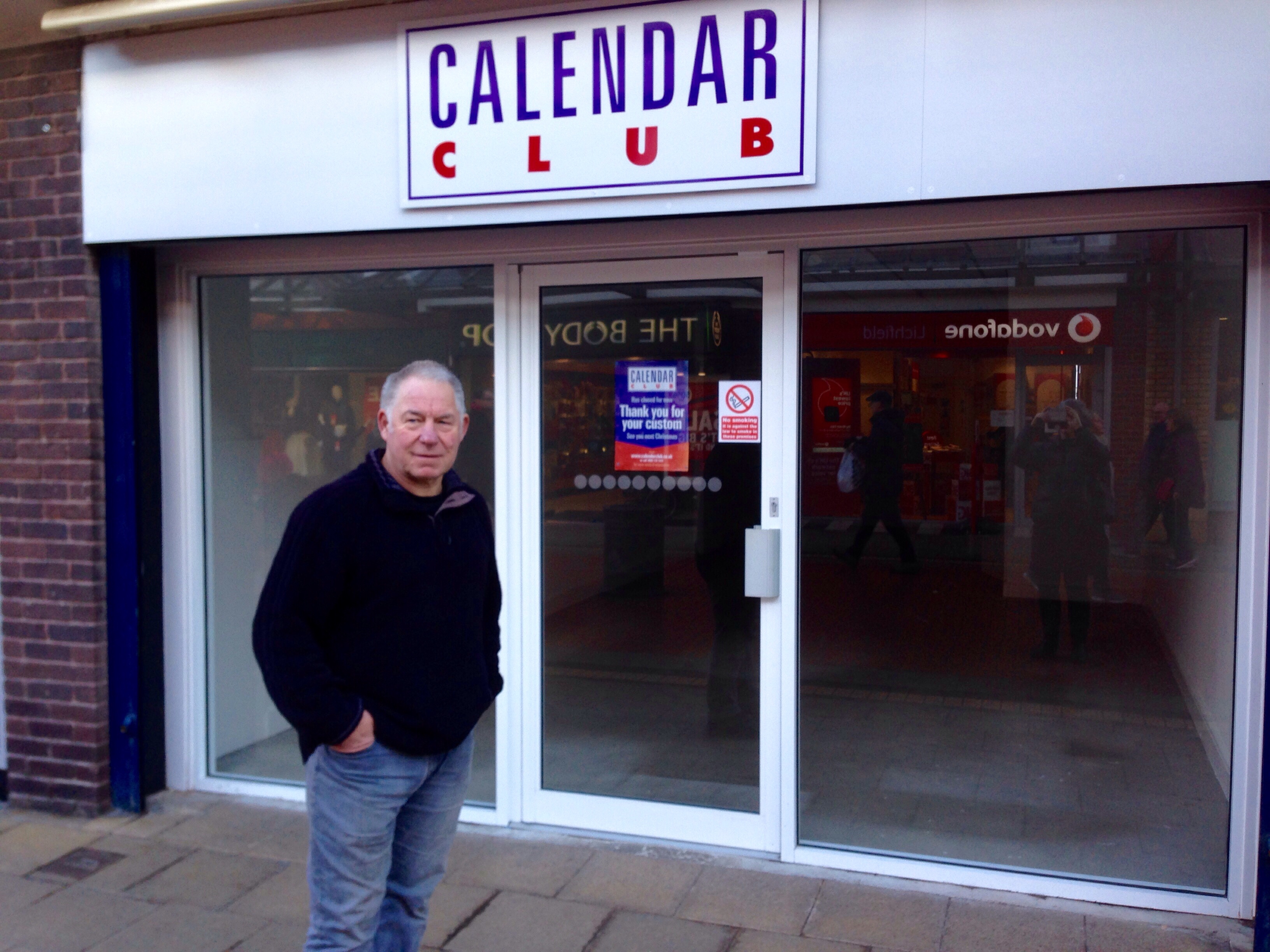 And how it looked the following day

Farewell for now to Sandra

Sandra Willis from ‘The Doggie Boat‘, was brave enough to take on the Tamworth Calendar Club unit within about a week of hearing it was available in October 2016. I worked for her one day a week and more over the festive period, which gave me valuable experience for our own shop. Since being in Lichfield, we’ve caught up regularly with her. Sadly now, as we’re all live-aboard-boaters, we’re going different ways and have no idea when we’ll meet again physically. So we had a ‘farewell-for-now’ evening on Tuesday at The Bolebridge in Tamworth. 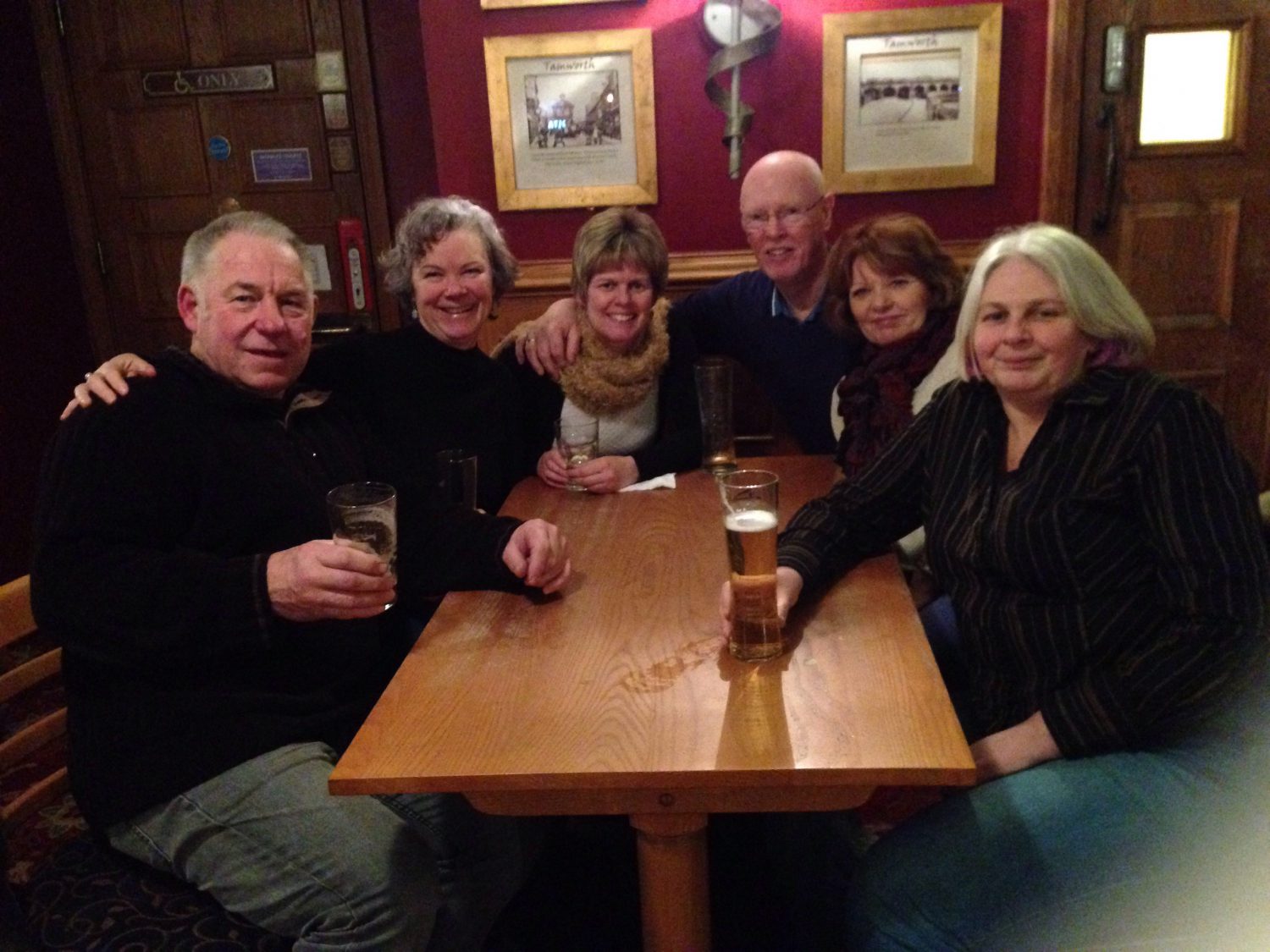 We’d made up a phonebook of some of Barry’s photos from the Scottish boating holiday we had for Sandra’s 50th birthday last July and took them to her on Wednesday morning for the final parting. One day in the not too distant future I’m hoping to write about and publish some of the images – they are incredible! Au revoir amazing lady. Have a brilliant time down south. 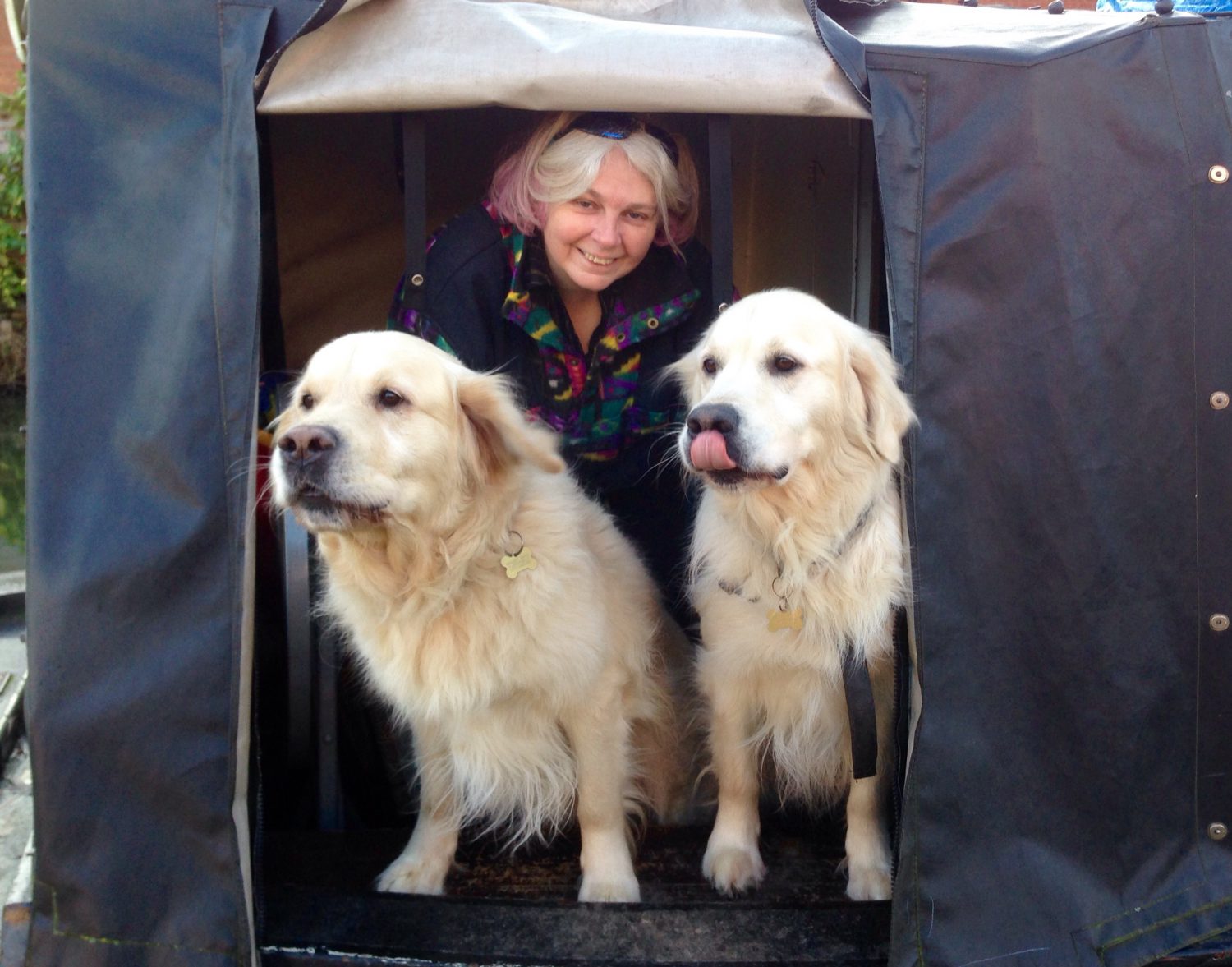 Sandra, Cosmo and Dacquiri (no idea which is which, apart from Sandra!)

Since before we began Calendar Club, I’ve been booked onto a yoga and writing ‘Retreat’. Just for a weekend. It’s been something to look forward to – as well as being on the boat with Barry of course. But sometimes I just want to get away; from everything. And this weekend I am. Firstly and following it, I’m with mum. This afternoon I’m driving down to Somerset and will be off line until Sunday evening. More next week about that.

Barry in the meantime is staying in the place he adores most – laying a new floor on the boat in the lounge, kitchen, shower-room and bedroom. With a bit of assistance from our friend Andy off Wild Side and The Jam Butty. Our intention is then to paint the walls in the boat, and I have bright and colourful curtain material I bought in Nigeria last January to make curtains with. It’ll be like a new boat soon – all ready for a number of kiwi visitors coming to invade us in the summer. Awesome. It’s going to be a wonderful year.