Just when you think you know what’s happening, life/the Universe/fate steps in to give you another challenge. As Robert Burns knowingly stated:

We never got to the Cathedral Illuminated last night, so there’ll be no gorgeous photos from Barry to share. I am hoping to get a few snowy ones off him in the very near future though Phil, and anyone else hoping to see some.

Yesterday Barry, as I said, was moving Areandare from Hopwas to Alrewas. So I was ‘shop alone’. Late morning on one of the occasions I checked my phone (it’s plugged in playing Christmas songs on the speaker and on silent), there was a message from my older sister. She’d had a call from one of mum’s carers to say her wrist was very swollen and she thought she needed to see a doctor. A GP went out after a couple of hours, and suggested mum needed an X-Ray. Easy to say, not so simple to do when she’s alone and her children all lives miles away and work …

Long story short, I drove to Ombersley once I’d shut up the shop and driven to the boat to pick up a few bits, arriving around 8.30pm. A most unpleasant drive in the darkness worsened by thick fog.

This morning I took mum to the amazing (seriously, I was incredibly impressed!) Kidderminster Minor Injuries Unit. I did my General Nurse training at Kidderminster General Hospital from January 1978 to November 1980. Today’s hospital is very different. Many of the buildings that were there when I lived in the Nurses Home (now demolished and  Primary Care Centre is in its place) have gone or are derelict, or just looking extremely tired. The Minor Injuries Unit however was amazing, immaculate, spacious, welcoming and just brilliant. Thankfully there was no fracture, just lots of inflammation and bruising. Cause unknown. Most likely an arthritic flare-up. She has a splint to wear for at least a week, regular paracetamol and ibuprofen, and hopefully the swelling will diminish.

My lovely youngest sister drove up from Exeter and arrived early this afternoon to take over, and I’m now back on board!

On a brighter note, scattered around Lichfield yesterday morning, were dozens of angels. Knitted ones. And all freely given. It warmed my heart. I’m not religious in any way, though my great grandfather was a Methodist Minister in Aberdeen and Gledholt Huddersfield, so I think it’s rather apt that on searching I discovered the Christmas Angels origins – “This project is for everyone and anyone. It is organised by the North Shields and Whitley Bay Methodist Circuit supported by the Newcastle Methodist District.” The area where my parents grew up. 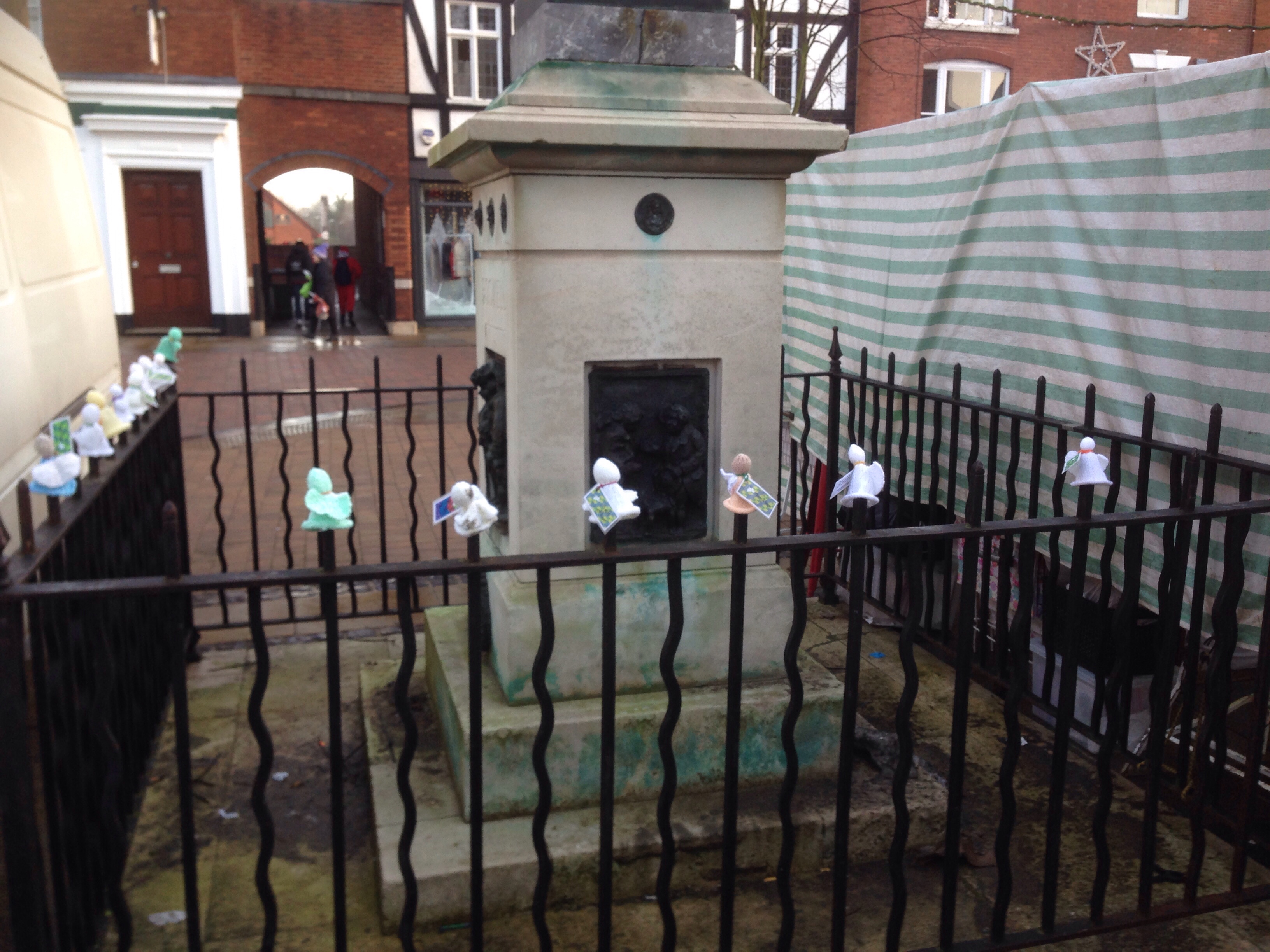 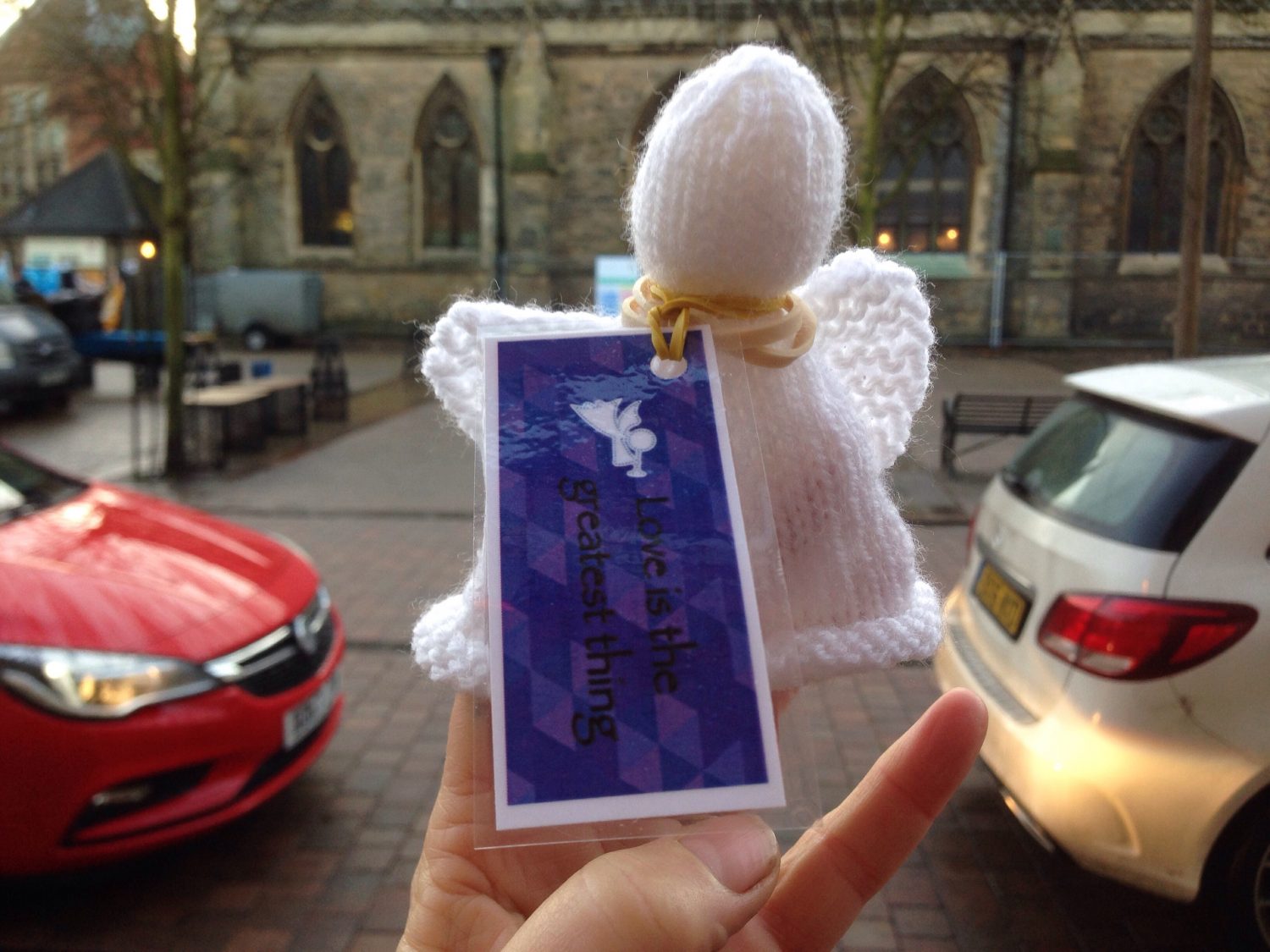 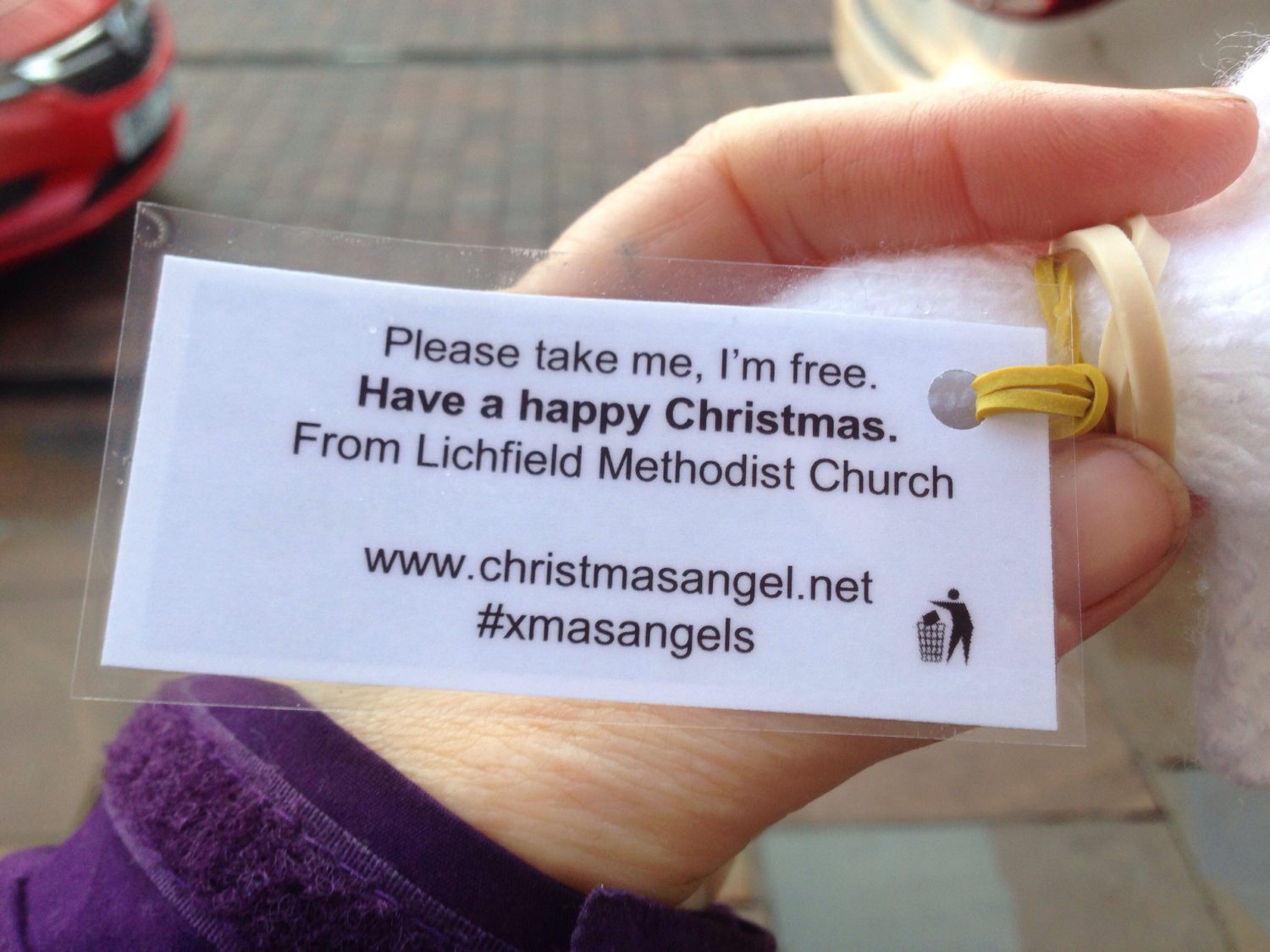 2 thoughts on “The interesting unpredictability of life”