In March 2013, when we first arrived in England ‘for the foreseeable future‘, the country had recently experienced an ‘unexpected’ heavy fall of snow. We headed as planned to the Lake District and our booked holiday home with my parents, sisters and brothers in law to celebrate mum’s 80th birthday. It was spectacularly beautiful. Even more so than that area normally is. Barry was in his element; ecstatic is putting it mildly. 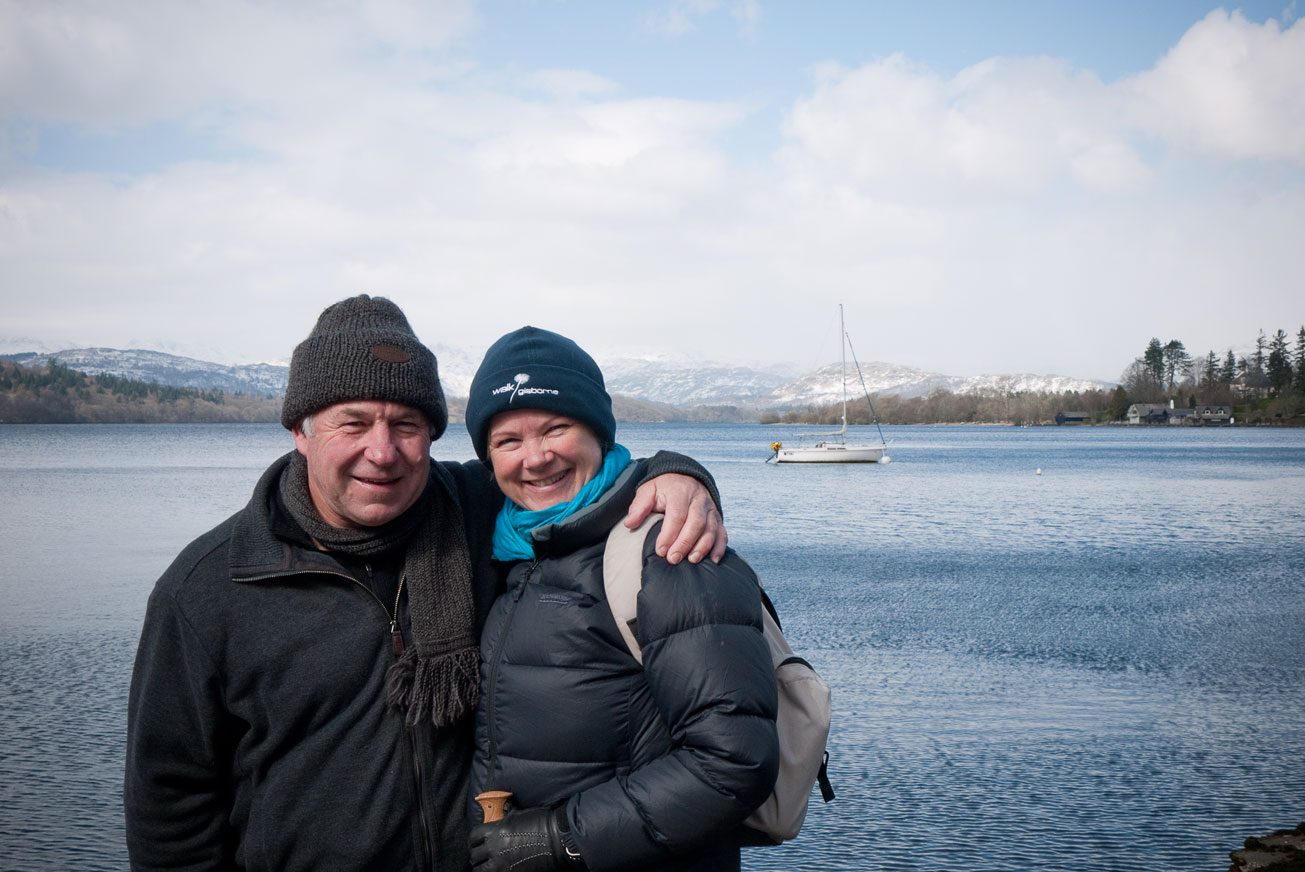 At Lake Windermere with Barry in March 2013

This past week we’ve experienced similar weather conditions. Actually I’m fairly confident it was more severe. Breathtaking in some ways. Disastrous in others.

Admittedly I’m not good with British winters – the darkness. The incredibly short days. The unremitting cold. In fact I’d prefer to leave winter behind – completely. From 2008 to 2011 I cleverly managed to avoid one in either hemisphere, and it suited me splendidly! However, I do accept one of the positives about being present for all four seasons, is how much you appreciate nature and how we have so little control over it.

I recently discovered Hygge. The Scandinavian way of embracing all weathers.

“Danes created hygge because they were trying to survive boredom, cold, dark and sameness and the undefinable feeling of Hygge was a way for them to find moments to celebrate or acknowledge and to break up the day, months or years. With so many cold, dark, days, the simple act of a candle glowing with a cup of coffee in the morning or a home cooked evening meal with friends can make a huge difference to one’s spirit.”

Consequently I’m endeavouring to embrace the time of year rather than allow it to drag me down. Lighting candles on the boat, having some battery operated flashing mini-christmasy trees in the cratch, spending time with friends and/or family when we get chance, making home-cooked meals if possible.

Since last Friday we’ve been blasted with snow and subsequently ice. Many people didn’t make it into work on Sunday to open their shops. In Lichfield it was their annual food and drink festival, and sadly a number of traders failed to return after a busy Saturday.

Barry and I hesitantly and cautiously drove into Lichfield from Hopwas on Sunday morning. My years living in Germany gave me some experience of driving in snow, what to do and what to avoid. We almost didn’t make it over the first hill of the canal bridge near the boat as it was hard to get a run up to it and into anything other than second gear. But luckily mum’s tiny Matiz found a way.

We opened up the shop but had far fewer customers than expected. And it’s continued since then as the conditions have worsened with temperatures dropping yesterday and last night so the roads are slippery and treacherous.

Fortuitously we had a Craft Beer stall run by ‘LakeHouse Brewery‘, from Malvern, in front of the shop and traded the use of our loo for a three-pack which Barry will enjoy sampling …

To save having to drive again we stayed with my eldest sister in Lichfield on Sunday night, and decided to walk there in the evening which was delightful. Seeing the festive lights and the variety of snowmen that had been happily built by children during the day was cheering. On Monday morning we walked back into the city, only half an hour away. Barry had brought his camera out for the first time in a while and adored capturing the magnificence of the ‘Three Spires’ that Lichfield Cathedral is famous for.

I got a small window of opportunity yesterday morning when the sun came out, we were still really quiet, and decided I should make a run for it and head to mum’s. I haven’t been able to visit for four weeks, and needed to sort a few things out for her.

I’m sure when I return to our Calendar Club store tomorrow lunchtime, the roads will be clearer (I believe I hear the patter of rain falling outside), and Christmas shoppers will be returning in their droves to buy their calendars, diaries and mugs.

That’s the forecast from me anyway, when you earn on a commission basis you have to live in hope!

2 thoughts on “Precariously surviving and thriving in artic conditions”