Barry and I pride ourselves in being fit and healthy. When I was employed, my sickness record rarely had a mark on it. So when Barry was struck down a couple of weeks ago, hardly able to lift his head never mind leave the boat, I knew it was bad. I soldiered on stubbornly, and kept our shop going – until last Friday when the little critter also overwhelmed me!

Thankfully by then Barry was through the worst, so we tagged each other and he took over.

Hacking coughs, aching all over (Barry says even his hair hurt at one stage!), extreme tiredness, sore throats; you name it this vivacious virus certainly made its mark. Needless to say despite my reticence at having a flu jab, I’m now seriously considering doing so next year.

We brought in Tony on Monday, who Barry worked for at Calendar Club Merry Hill last year, so we could orientate him to the shop. The thought of neither of us being well enough to open up was rather scary. Hopefully now we’ve got a back-up we won’t need it!

Christmas, friends, and celebrating another year

In between our challenges we had a lovely evening with our dear friends Helen and Andy from Wild Side – they’re a short drive away so it’s great to be able to catch up.

A couple of cheeky chaps!

The Christmas lights have been switched on in Lichfield, and the Ice Rink (not really ice to be fair but quaint nonetheless) has opened. It’s looking mighty festive, and folks are out in their hundreds ticking off gifts from their never-ending present lists. Luckily (for us) some of these are calendars, diaries or mugs. I’m not into the wanton commercialism of Christmas, but have to concede that without it we’d be without commission so embrace it reluctantly … 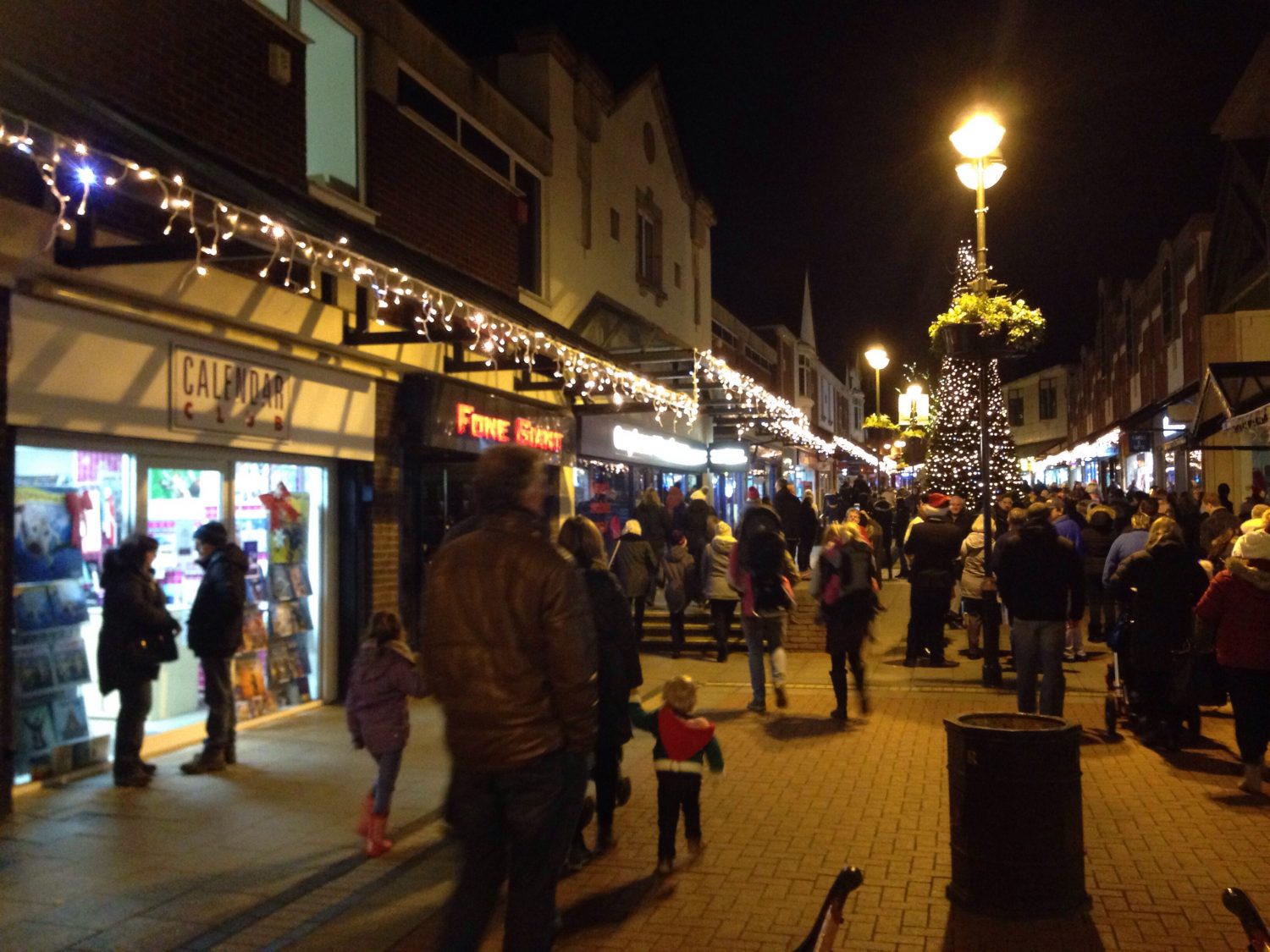 The lights are on!

Yesterday was Barry’s 62nd birthday. If he was in his home country he’d be partying in the summer with a BBQ. Here it’s the depths of darkness and winter, so we managed a meal at Weatherspoon’s with my sister and our Tamworth Calendar Club friend Sandra from The Doggie Boat. He did get a day off though, and had a birthday stroll along the canal at Hopwas, where we’re now moored in anticipation of the weekend onslaught of snowy weather … 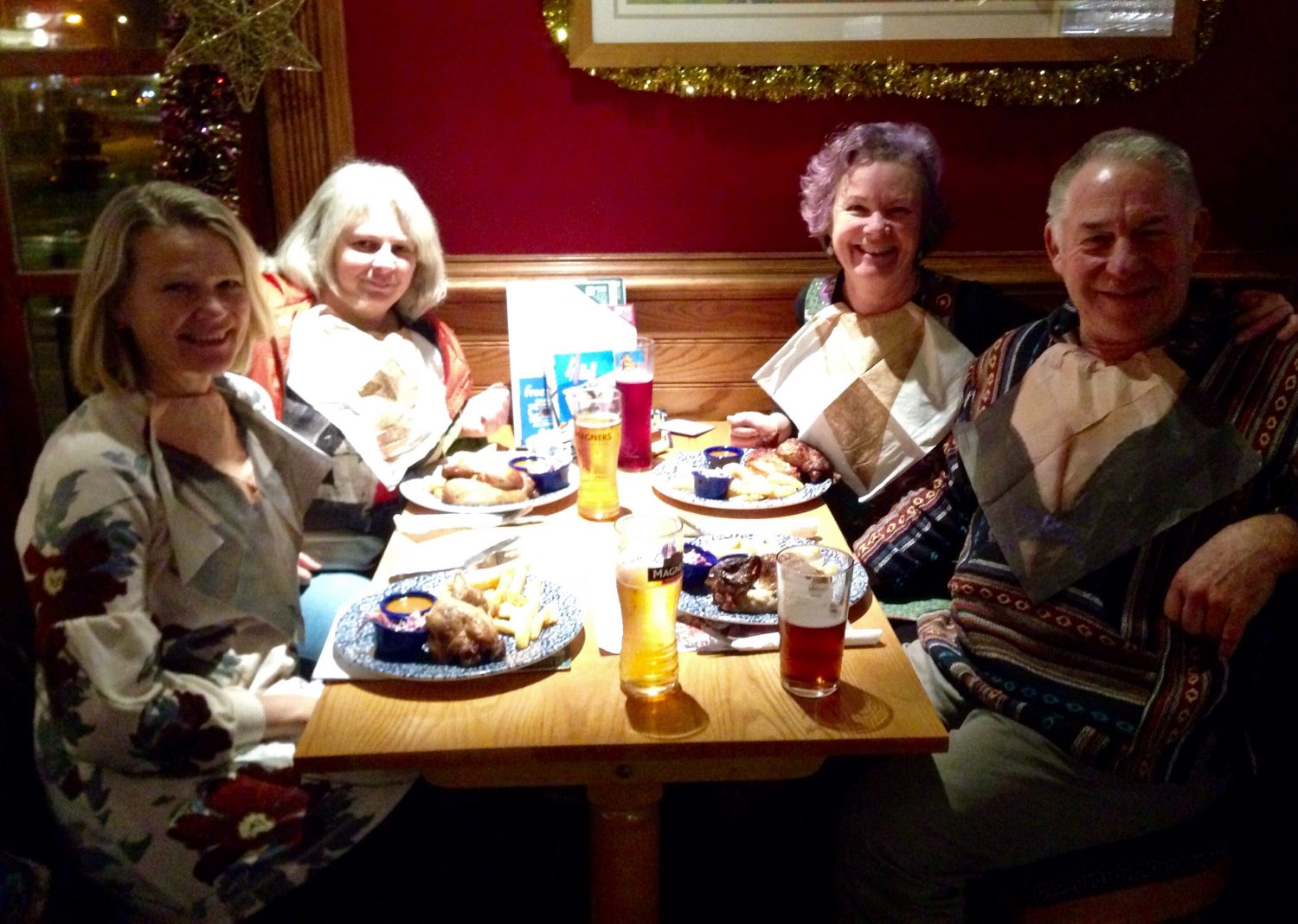 2 thoughts on “Floored by flu”