Despite the intense commitment required to staff our Calendar Club store seven days a week, after nine days of trading we’re (mostly!) loving it. Being Self-Employed Operators, earning on a commission basis, means you’re intensely motivated to making your shop the best it can possibly be.

We’re extremely thankful to have such a fabulous location. Lichfield is a gorgeous Cathedral City, and from experience so far the locals adore Calendar Club! There’s been frequent positive comments about how they’ve been waiting for us to come back, telling us where we were last year, and how they always buy their calendars from us annually.

Not what we wanted to see this morning …

I had a very enjoyable almost ‘day off’ on Wednesday, only going in for an hour or so to do the banking and give Barry a break. Now we’re all set-up we don’t need to both be there unless there’s a delivery. Yesterday he came in with me for a couple of hours, then hopped on a bus back to the boat and moved our floating home from Alrewas to Whittington – filling up with water on the way and getting a pump-out. Those essentials of narrowboat living house dwellers don’t have to concern themselves with.

This morning we we were both intending to work in the store, as we were expecting a pallet full of stock to arrive which needs someone accepting and sorting that, and someone else in the store serving. We’ve already run out of some calendars, so we were looking forward to more and new supplies.

After my shower I noticed water on the floor, nowhere near the shower door, which puzzled me. I called to Barry who stated he’d wondered if there was a problem as the pump sounded strange.

Oh dear! Yes indeed. There was a major problem.

Fortunately, not as major as it could’ve been – initially Barry thought the pump that takes the shower water out was broken. It wasn’t … 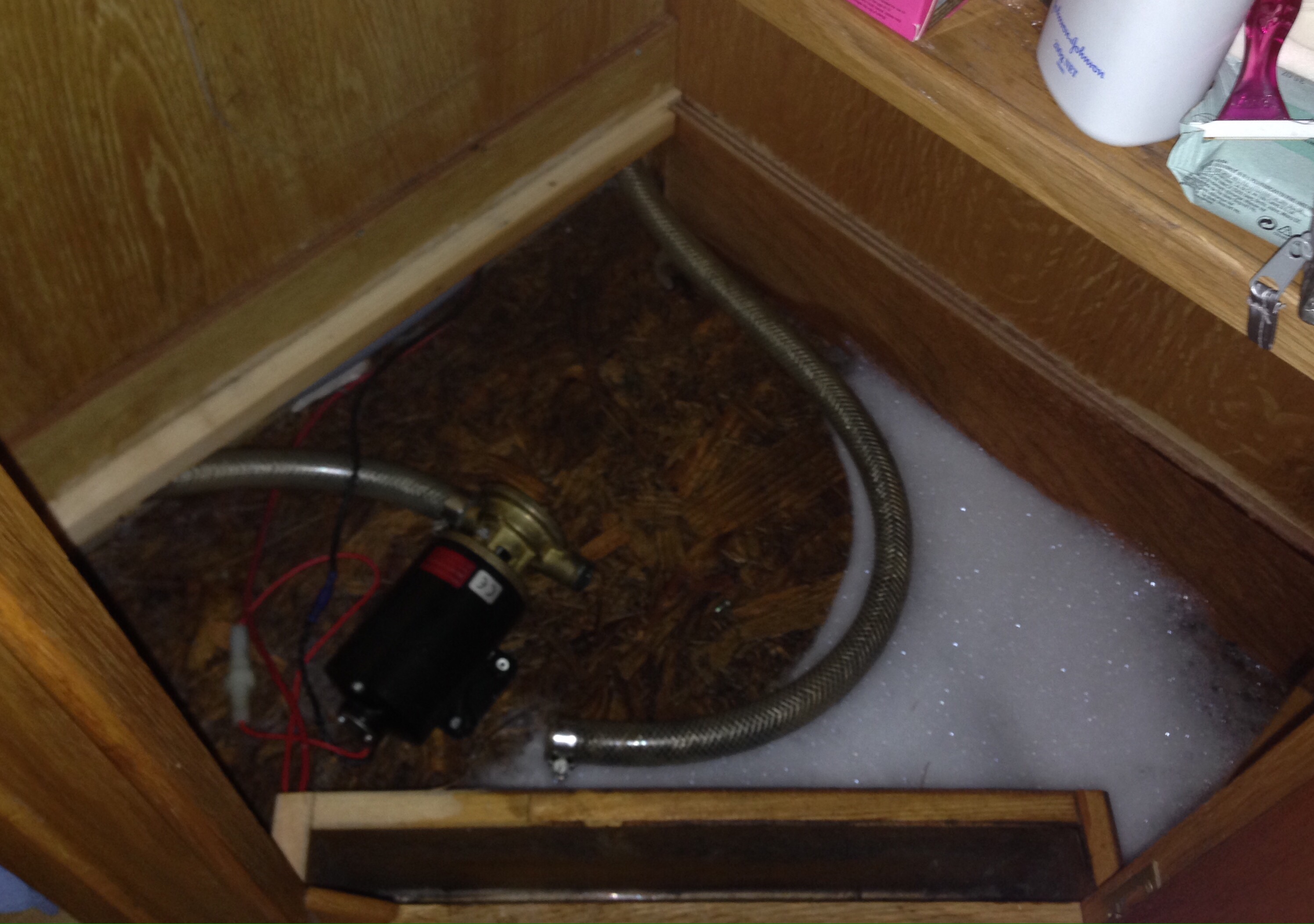 But somehow, one end of the connection had come off. We’re not sure how long this has been so – though once Barry opened the inspection hatch in the bedroom, it became apparent it’d been in existence for some time … 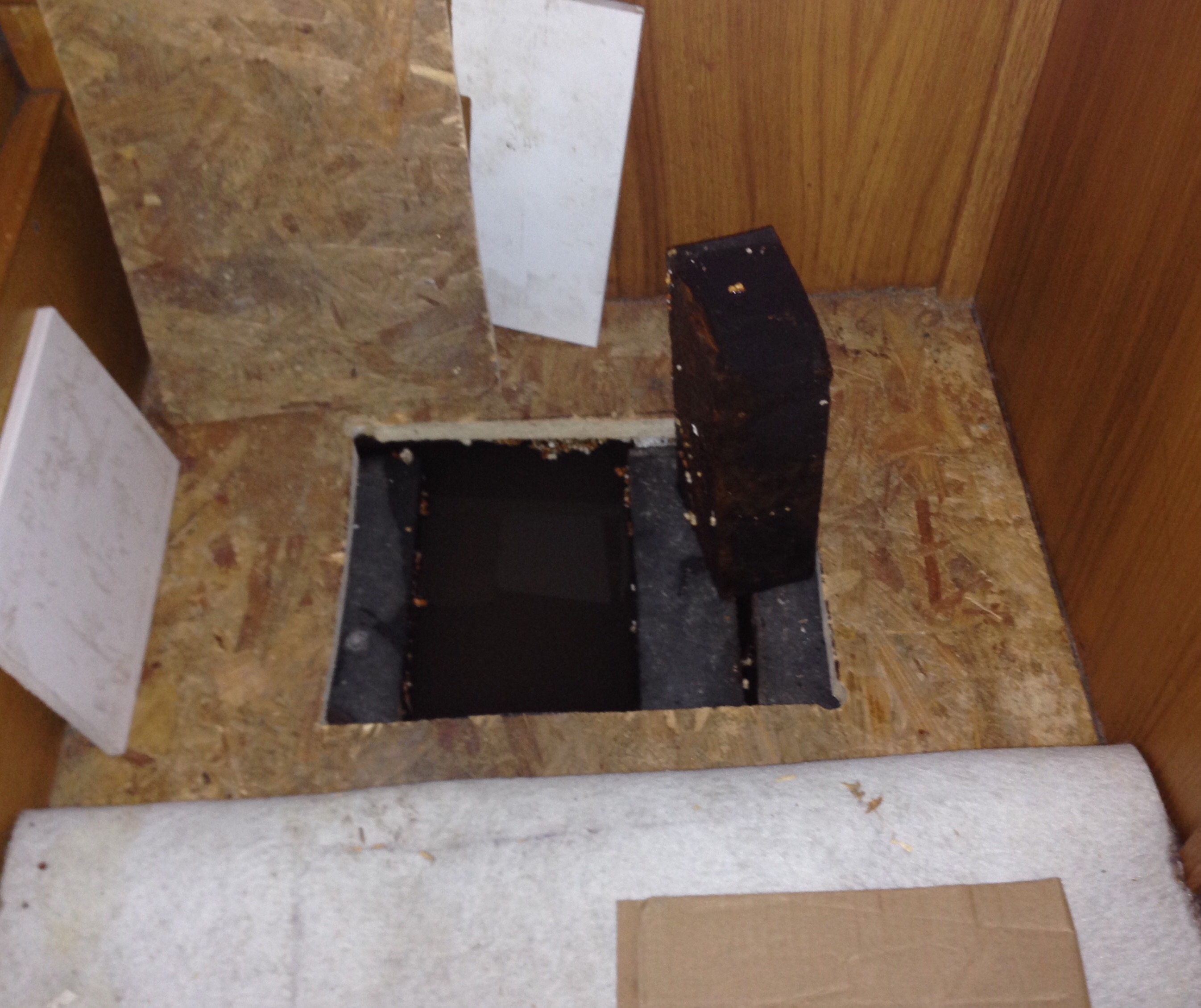 You may not be able to see clearly, but there is water right up to the floor boards in the above picture …

A slight problem, the hull being underwater!

For some unknown reason our delivery never arrived. So Barry was unnecessarily in the shop all day in anticipation, and we didn’t return to Areandare at until after 6pm – when he eagerly commenced the repair and bail out process.

It’s rather scary to imagine we’ve been filling up with water during every shower for who knows how long. Conversely, I feel extremely grateful the problem is fairly easily solvable – though we’re yet to establish what damage has been done.

You never know what the next day will bring aye?!

5 thoughts on “A most unexpected and scary sinking feeling”