I had quite a number of retail jobs more years ago than I care to count – probably the longest one was working for Services Sound and Vision Corporation (SSVC) in the army camp in Bünde, West Germany in the early 1980s. Barry of course was a self employed photographer for 35 years, and before we left Gisborne in March 2013, he’d built a successful Home Brew shop ‘Ezimade’.

What’s so special about this venture, is we’re doing it together. The contract’s in my name, so officially Barry works ‘for’ me; unofficially we’ll be sharing the workload.

Today the shop was turned from an empty shell into an amazing Calendar Club store – with the help of our Territorial Manager Steve, his daughter Charlie, my nephew Matt, Tony who Barry worked for at Calender Club Merry Hill last year, and Pete from The Hippie Boat.

I was in awe of the splendid teamwork, orchestrated by Steve and Charlie, the whole thing running like a well-oiled machine. Admittedly my main jobs were taking photographs of the pallets and a few of the build, making sure we had the necessary domestic requirements, popping to Greggs next door (dangerous!) for bacon or sausage butties (only £2 for a butty and hot drink mornings till 11am, how can you resist?!), and keeping the workers supplied with tea and coffee. Especially Steve. He loves his tea …

Sadly the actual stock of calendars, etc, won’t arrive until tomorrow, so we’ll spend another day setting up before opening properly at 9am on Wednesday 4th October. As luck would have it, the day Barry and Pete are off to London together to see Pink Floyd: Their Mortal Remains. It’s a big exhibition at The Victoria and Albert Museum that I bought tickets to for Barry’s birthday – which isn’t until 6th December, but we’ll be flat out then and unable to do much. I’d gained the impression from somewhere (hoping maybe?!) we wouldn’t open in Lichfield till later in October – so I took a chance and booked cheap train tickets to Euston.

Ah well, he’ll have a far better time with someone who shares his passion for the band. It’s never been my scene. 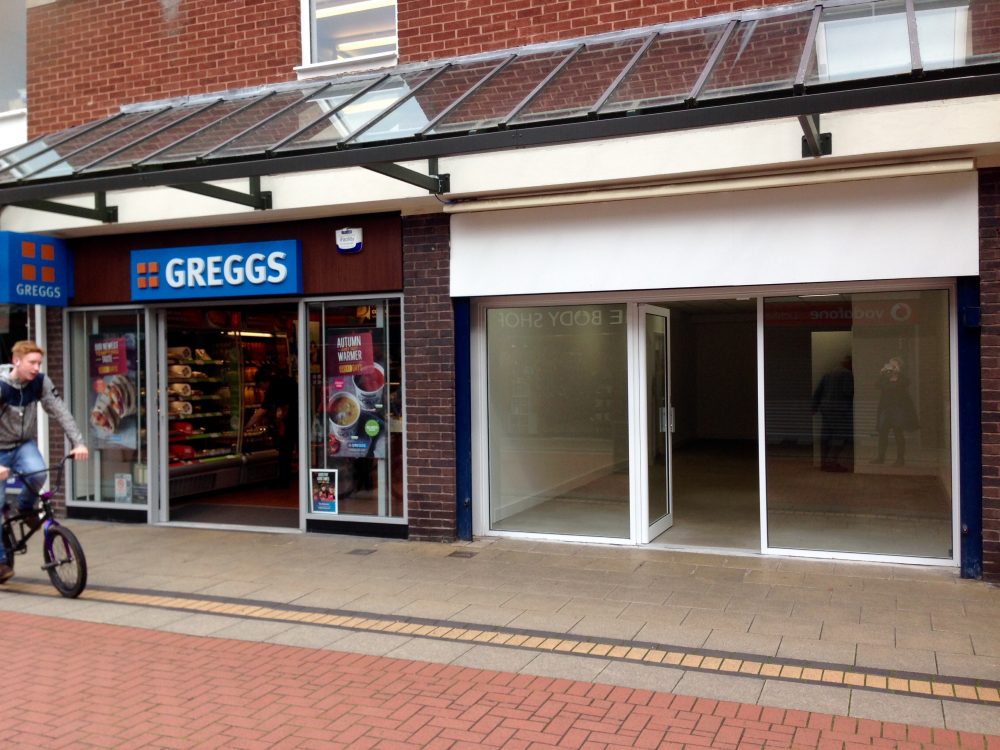 Our shop, next door to Greggs! 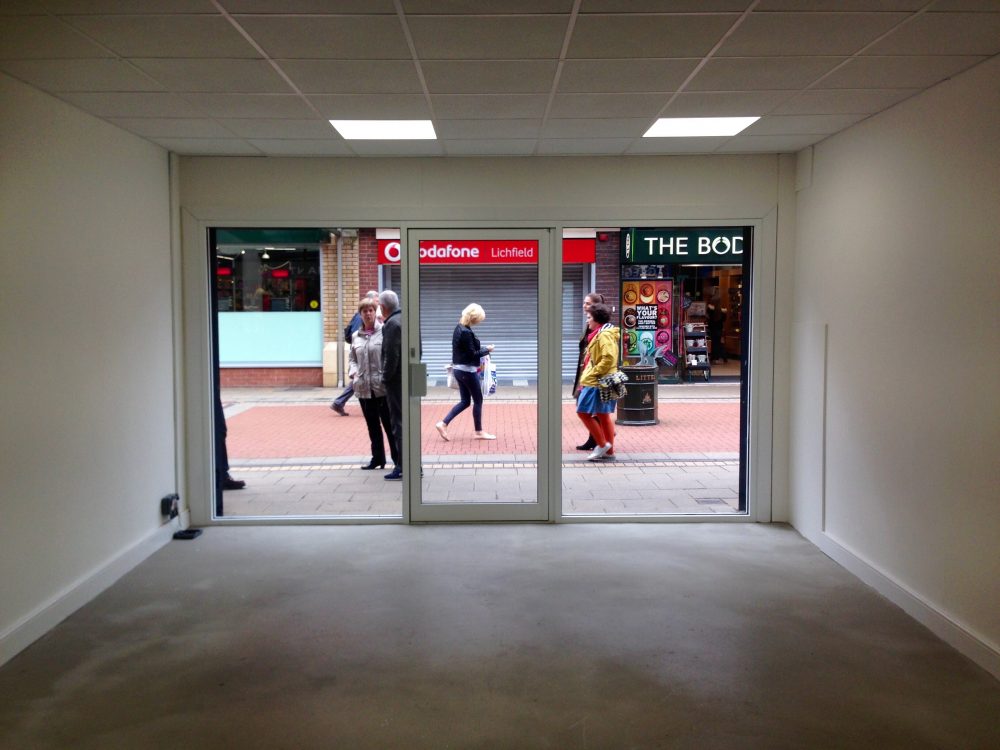 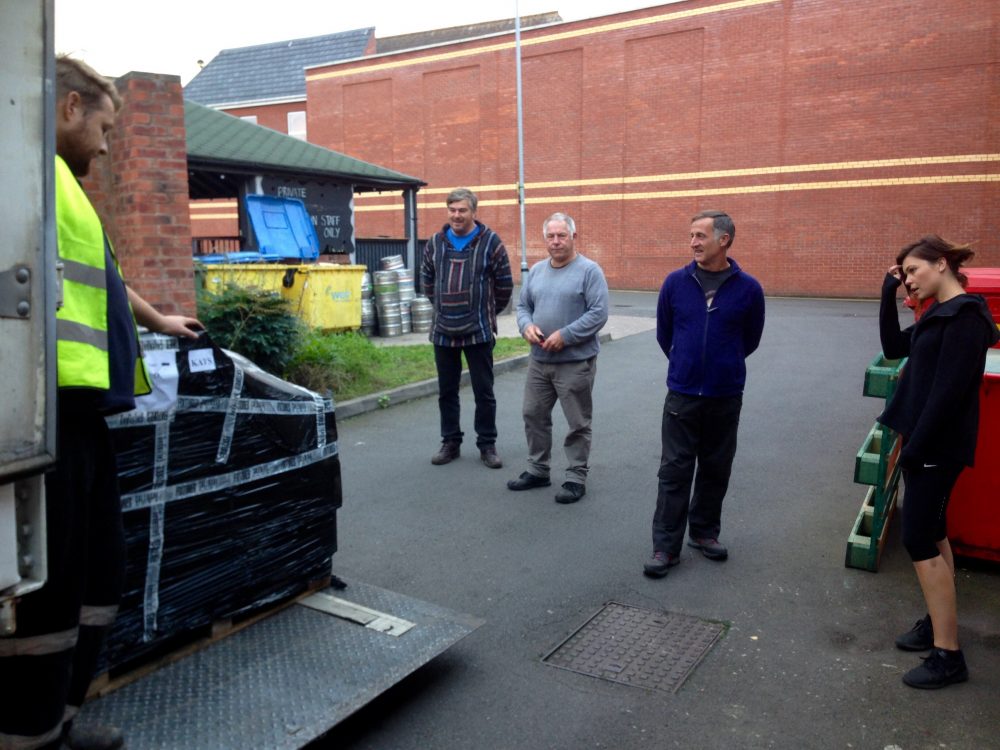 The pallets unloading at the rear of the store 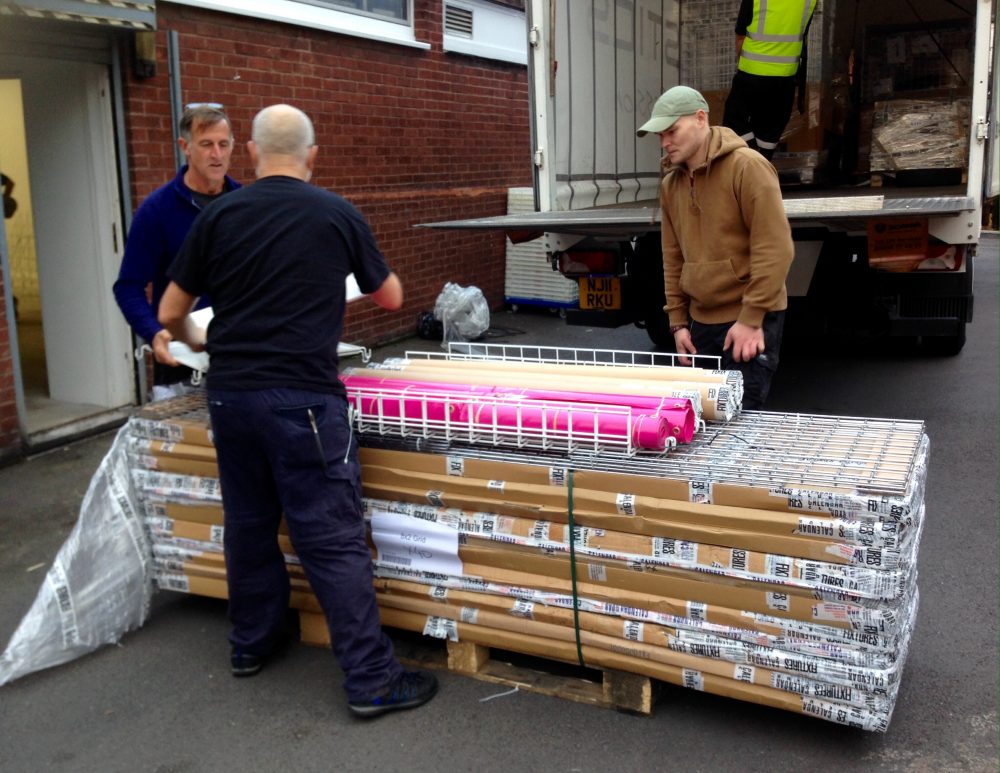 The strong men carry everything into the sop 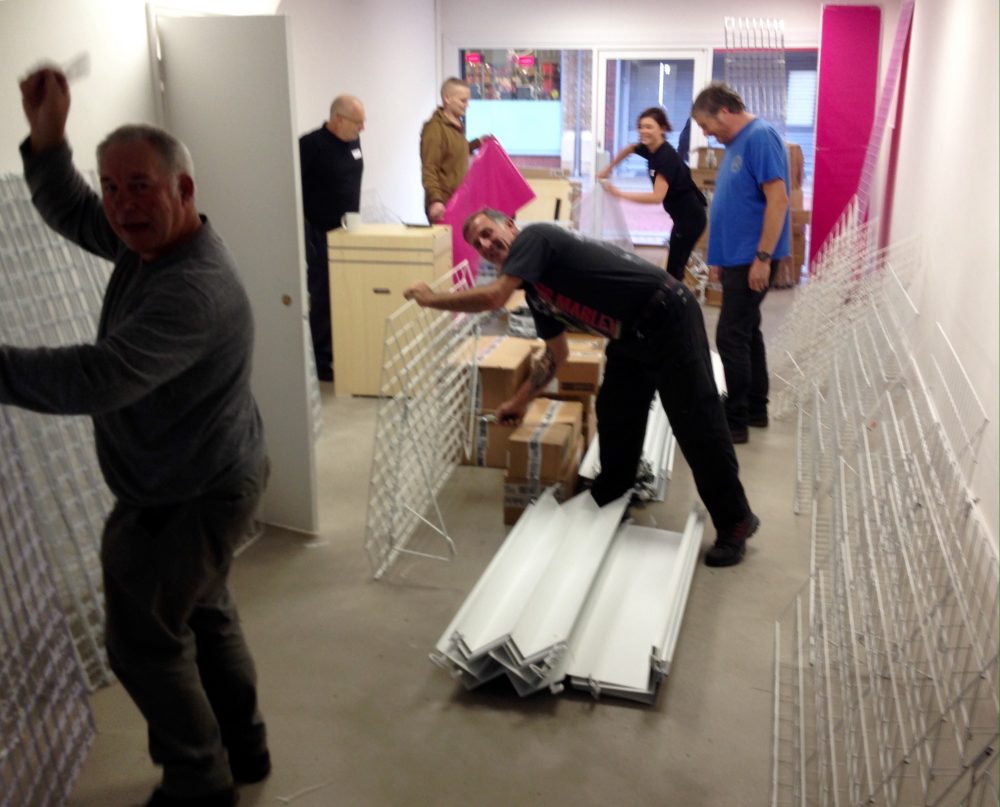 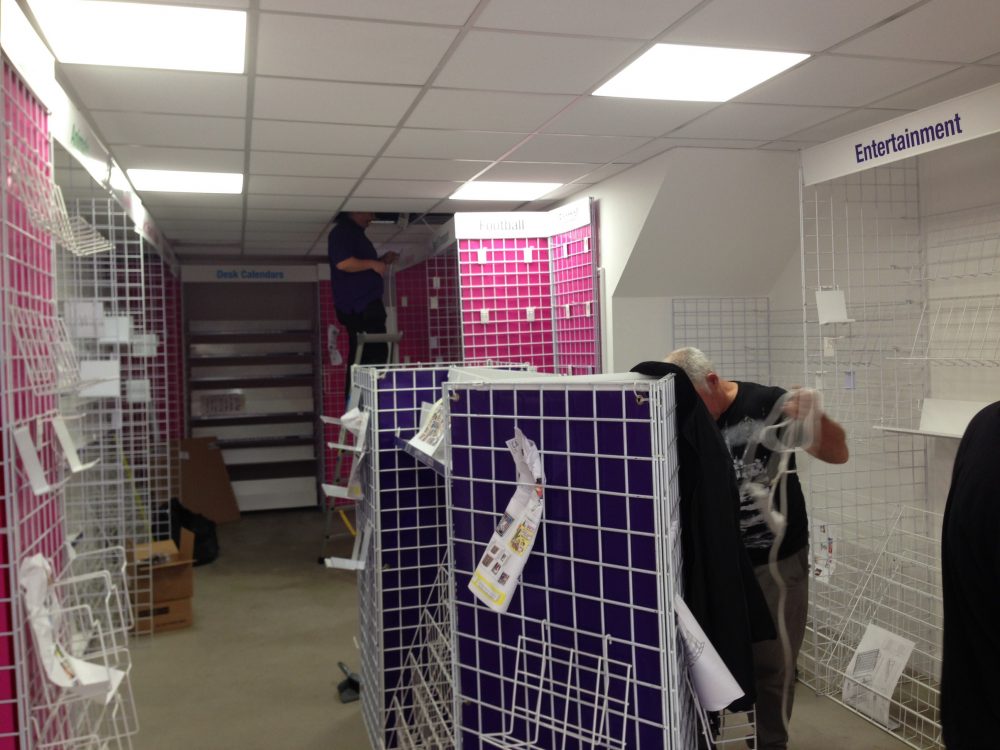 Everything has its place … 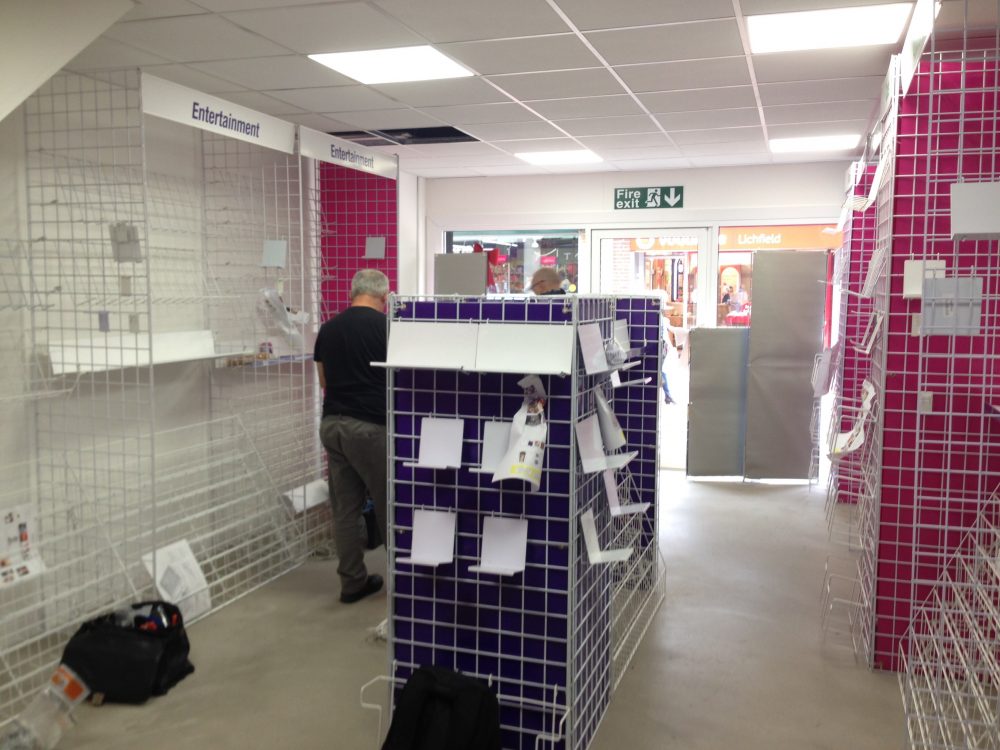 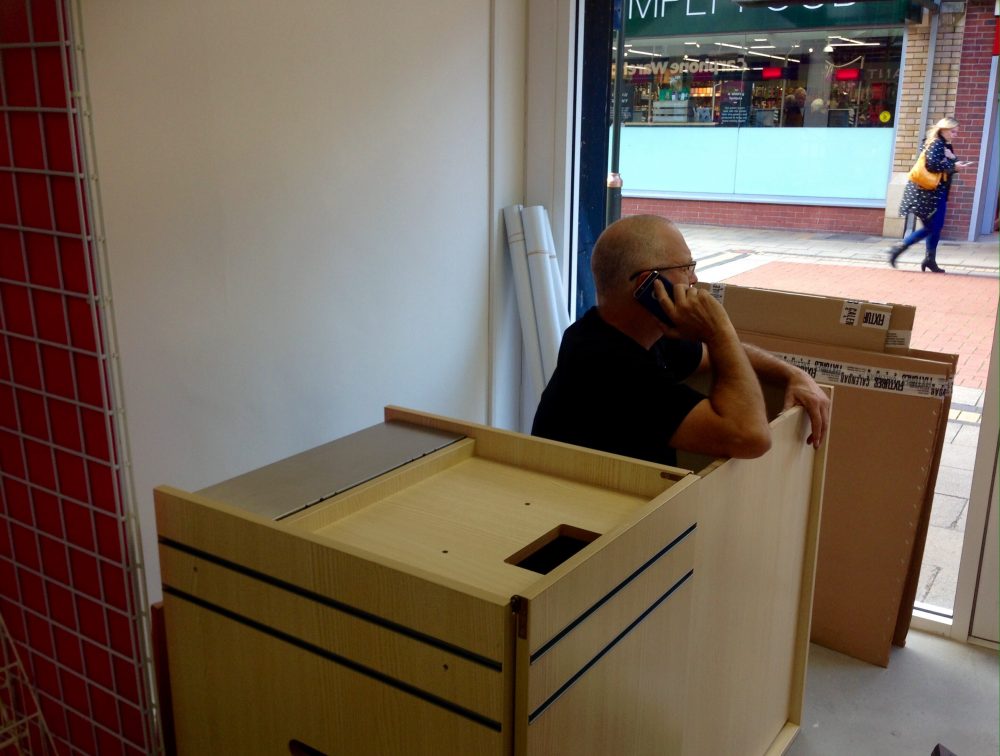 Steve multi-tasks as ever 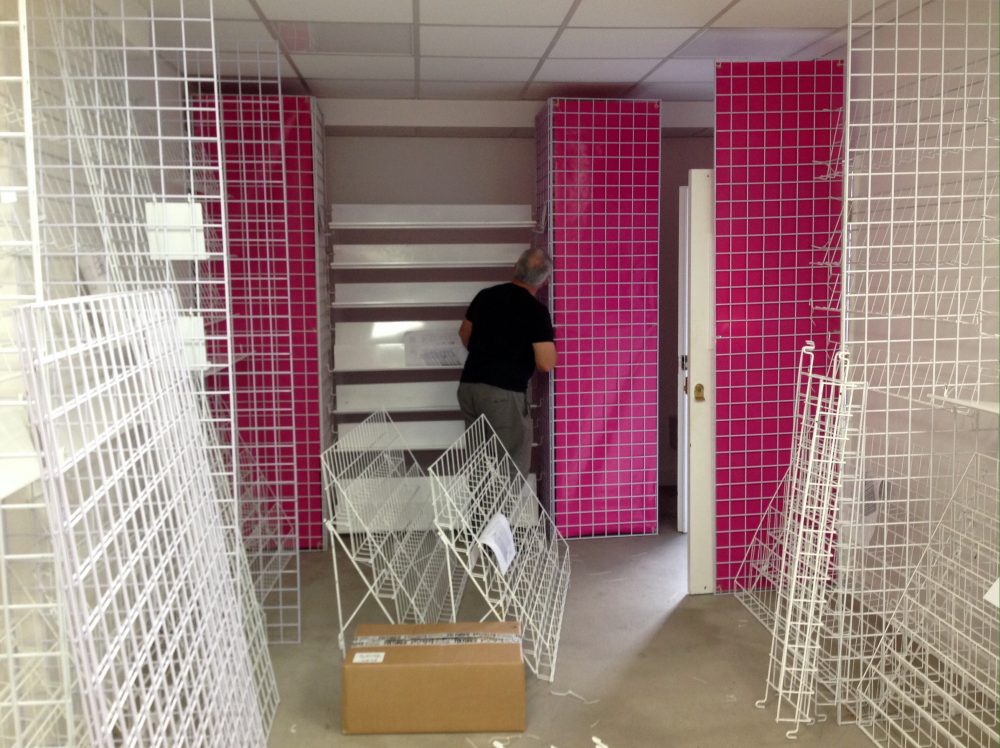 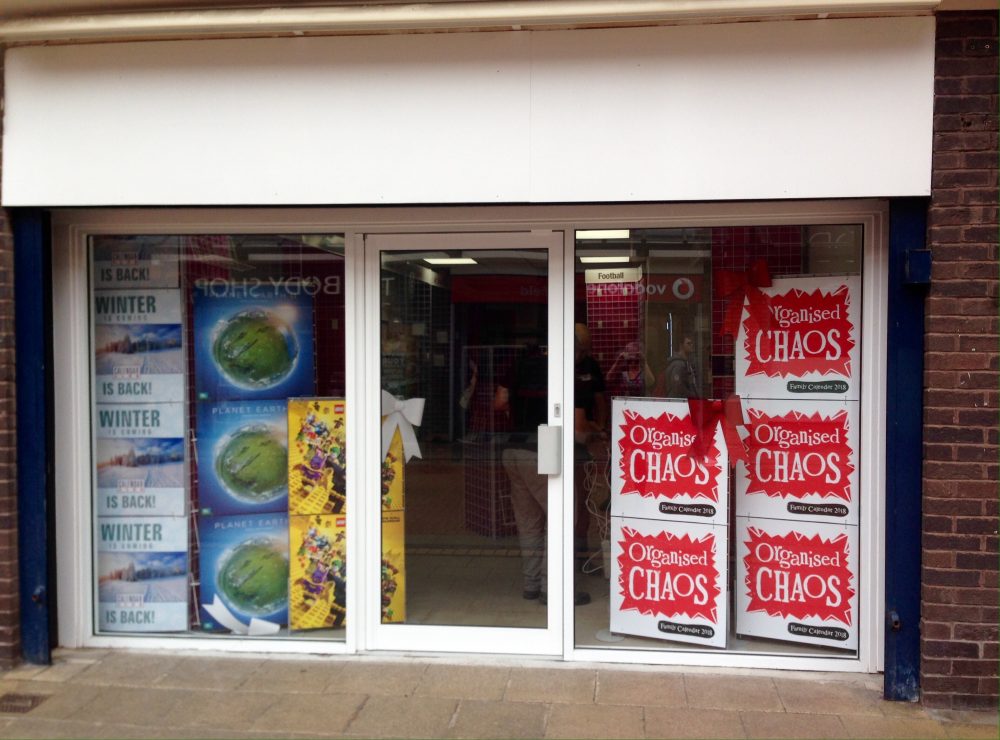 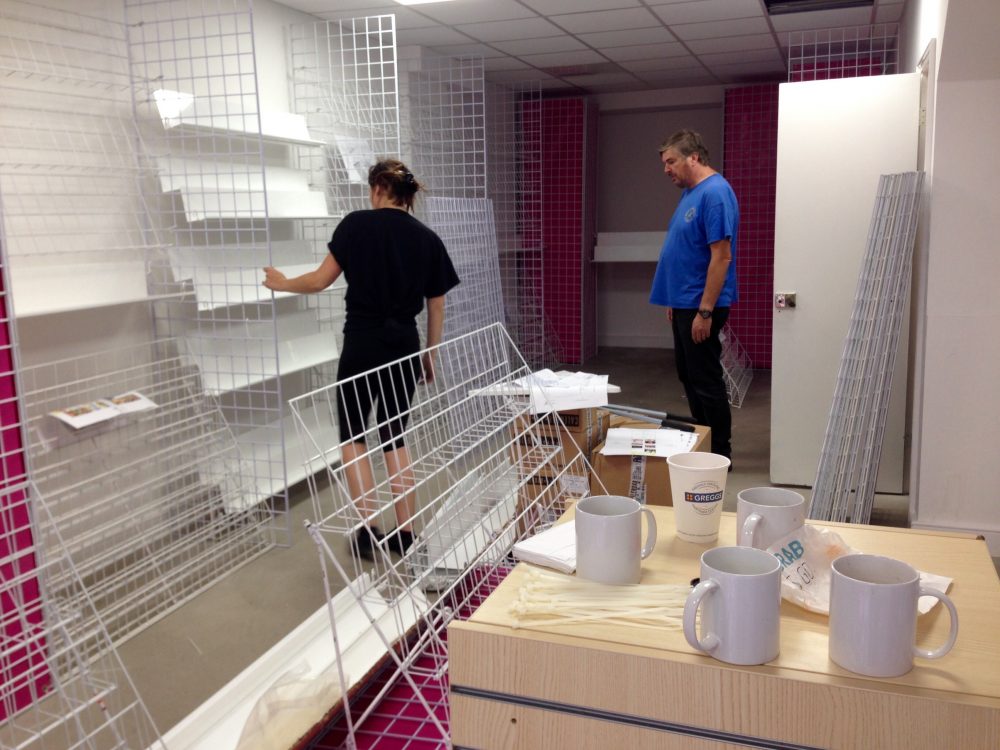 Lots of cups of tea and coffee were drank today

3 thoughts on “Setting up our Lichfield Calendar Club shop …”