It’s been a hectic few weeks for me – nothing new there I hear you thinking!

Maybe it’s recently felt even more so than normal, or the intensity’s increasing as it’s our busy trading season – and this year I’ve an additional three voluntary roles with the Roving Canal Traders Association to keep on top of.

In the course of the past few weeks my elderly Mum’s ability to care for herself has diminished somewhat. My three sisters and I have, for the past four years now, done our best to support dad and mum by one of us being with them for a couple of days each week. After dad’s death in February 2015, we’ve continued this presence to keep her spirits up. It may have been a good plan to move her nearer to one of her daughters, but she was adamant she wished to stay in her home, as is her absolute right. I spent the majority of time for the two weeks prior to our Floating Market in Fazeley with mum, doing my utmost to secure as much support for her as possible. From AgeUK Domestic Services; getting the process in place for her Power Of Attorney for finances and health and welfare; visiting her GP to check if there was anything awry that could be treated (there was, so fingers crossed she may improve again now she’s had six B12 injections); contacting Social Services for a Care Needs Assessment; completing a Financial Assessment; and ordering a number of products for her wellbeing.

It did mean I sadly had to let a few people down who’d expected a facepainter for three days at the RCTA Fazeley Floating Market. I only managed to be present for one full day on the Sunday. Barry and The Home Brew Boat of course rallied on regardless – especially as he had the prestigious position of ‘Market Manager’ at the event! He performed extremely well supporting fellow traders. 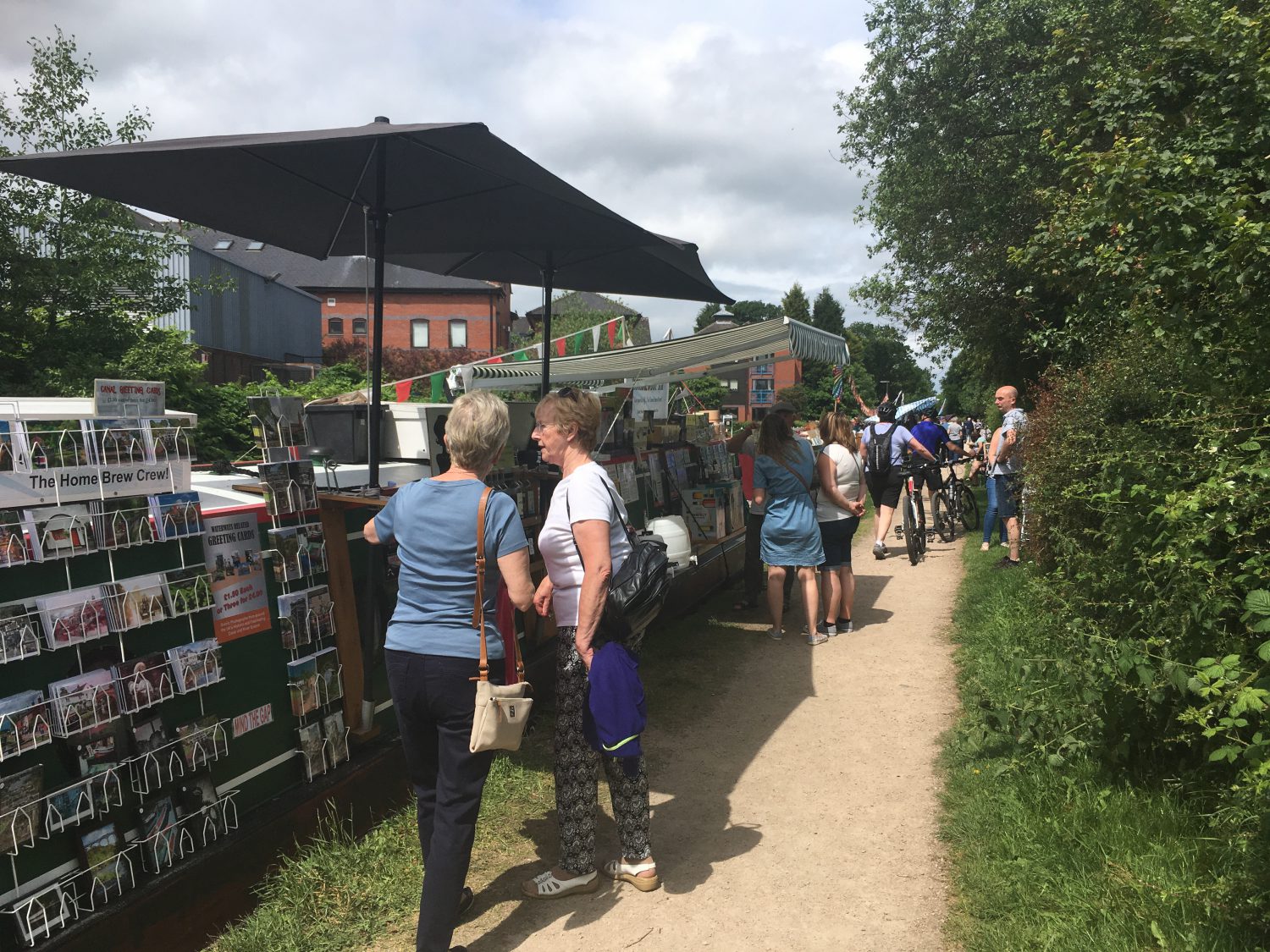 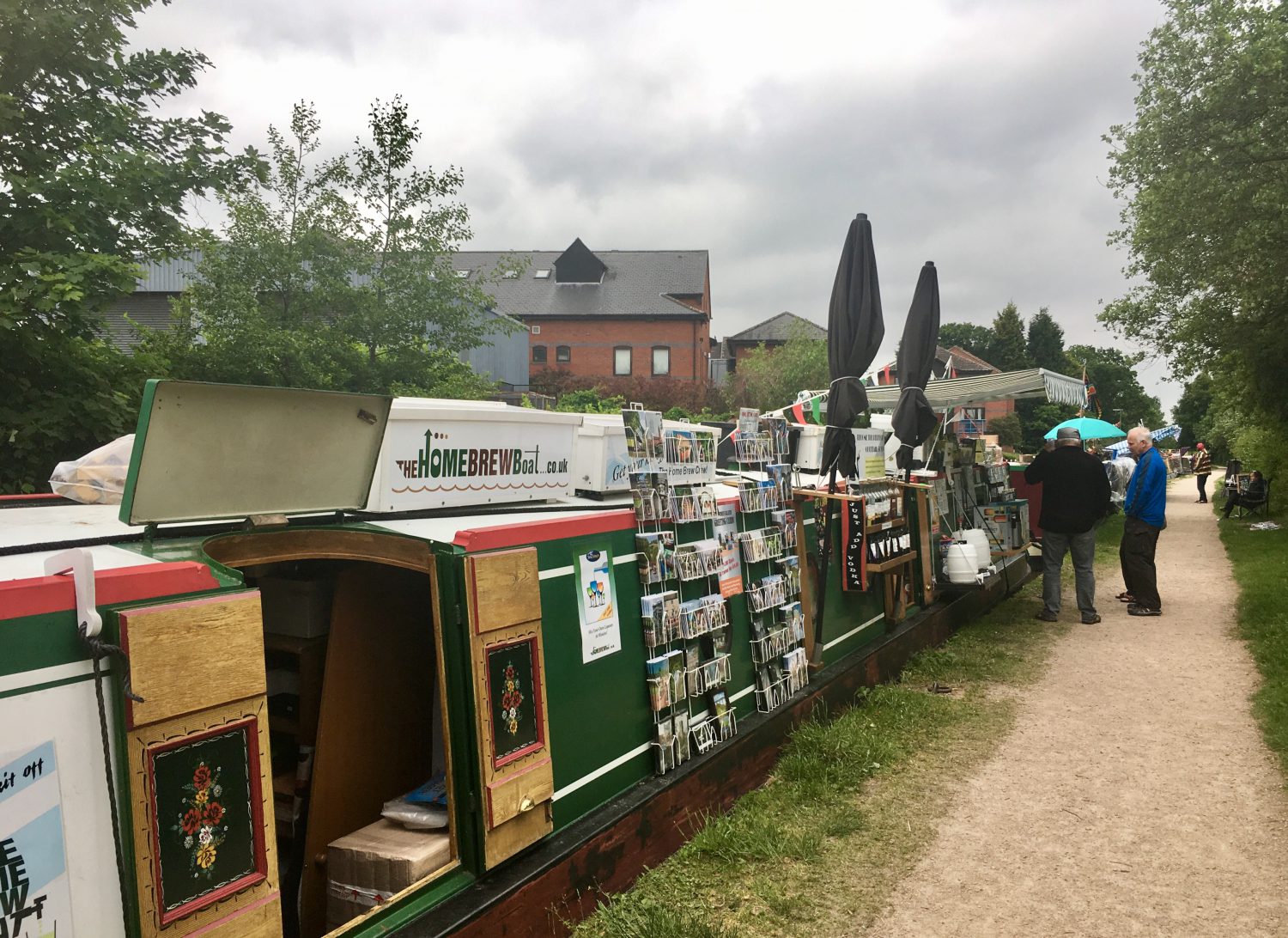 The Home Brew Boat in action 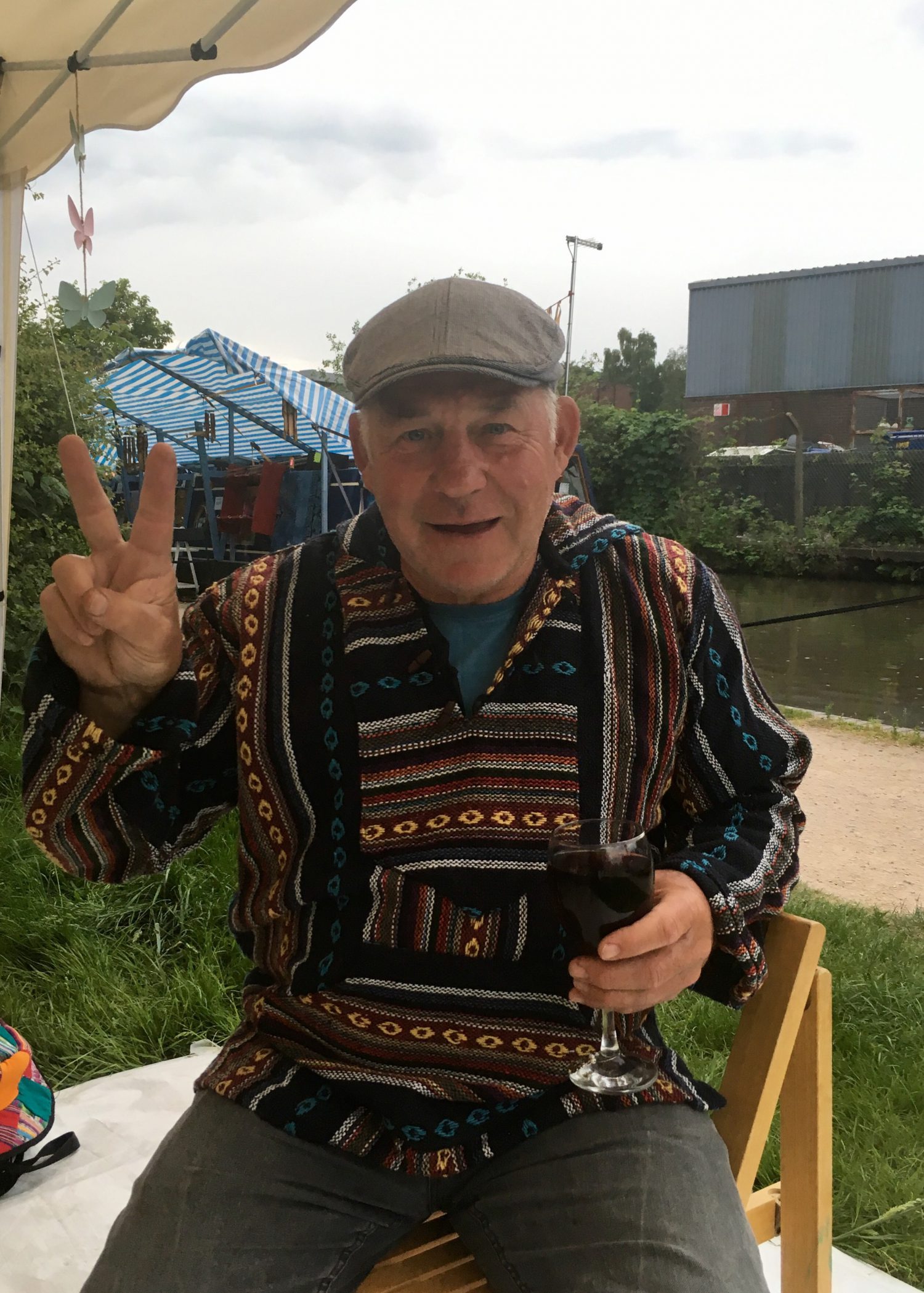 Barry finally invested in a colourful top from The Hippie Boat 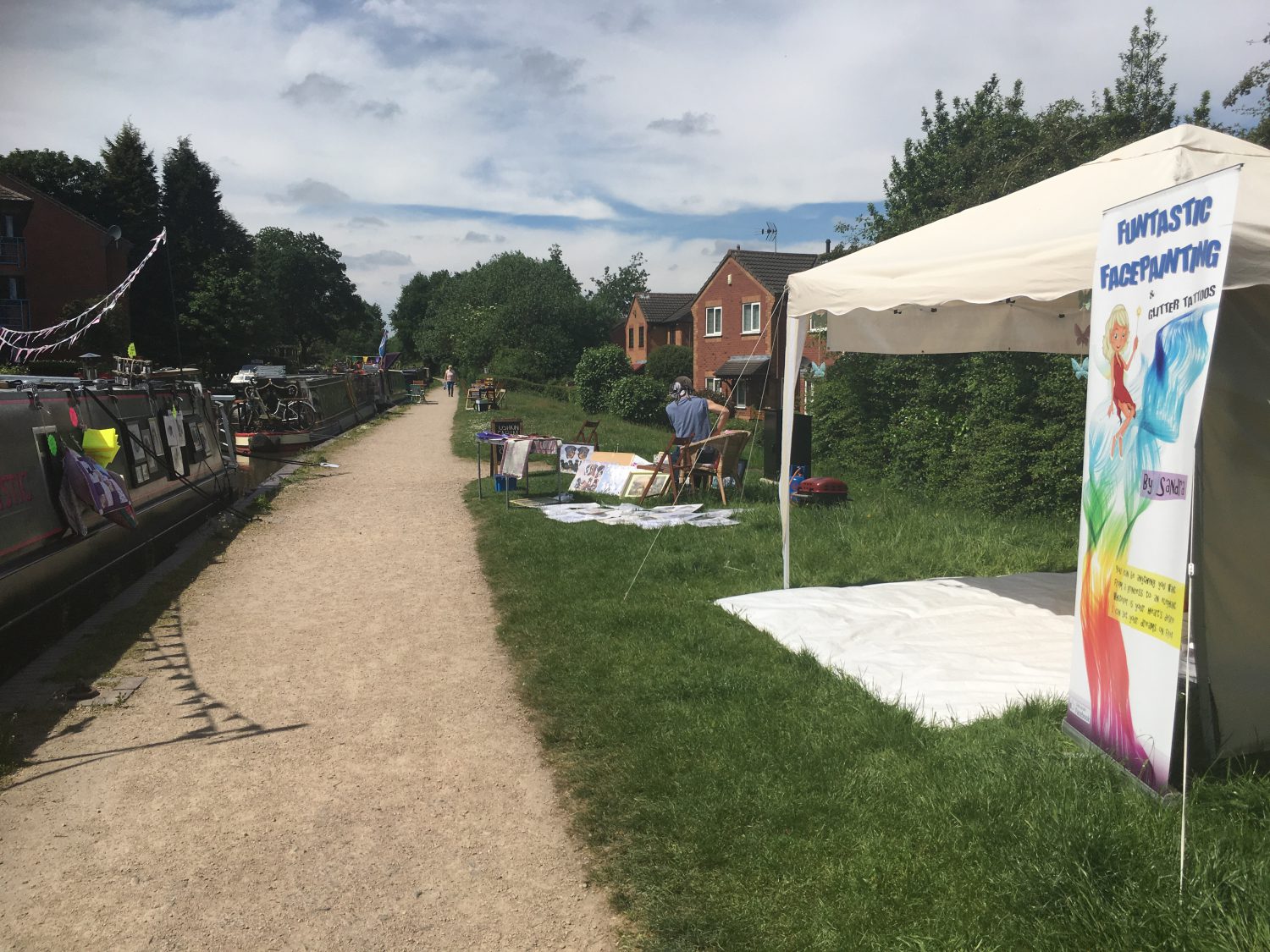 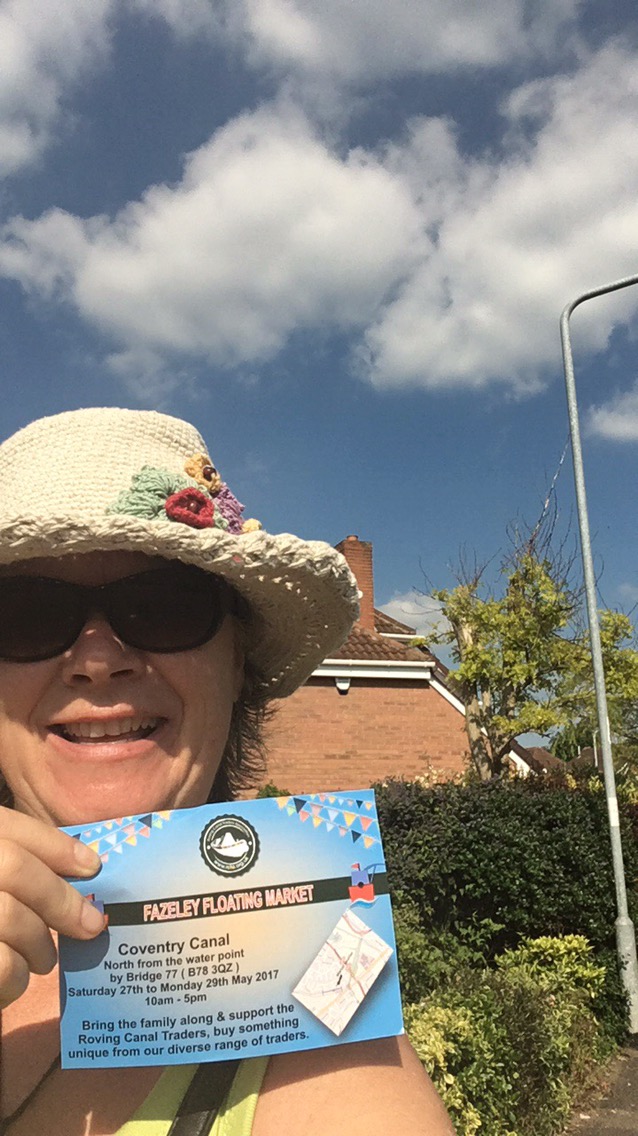 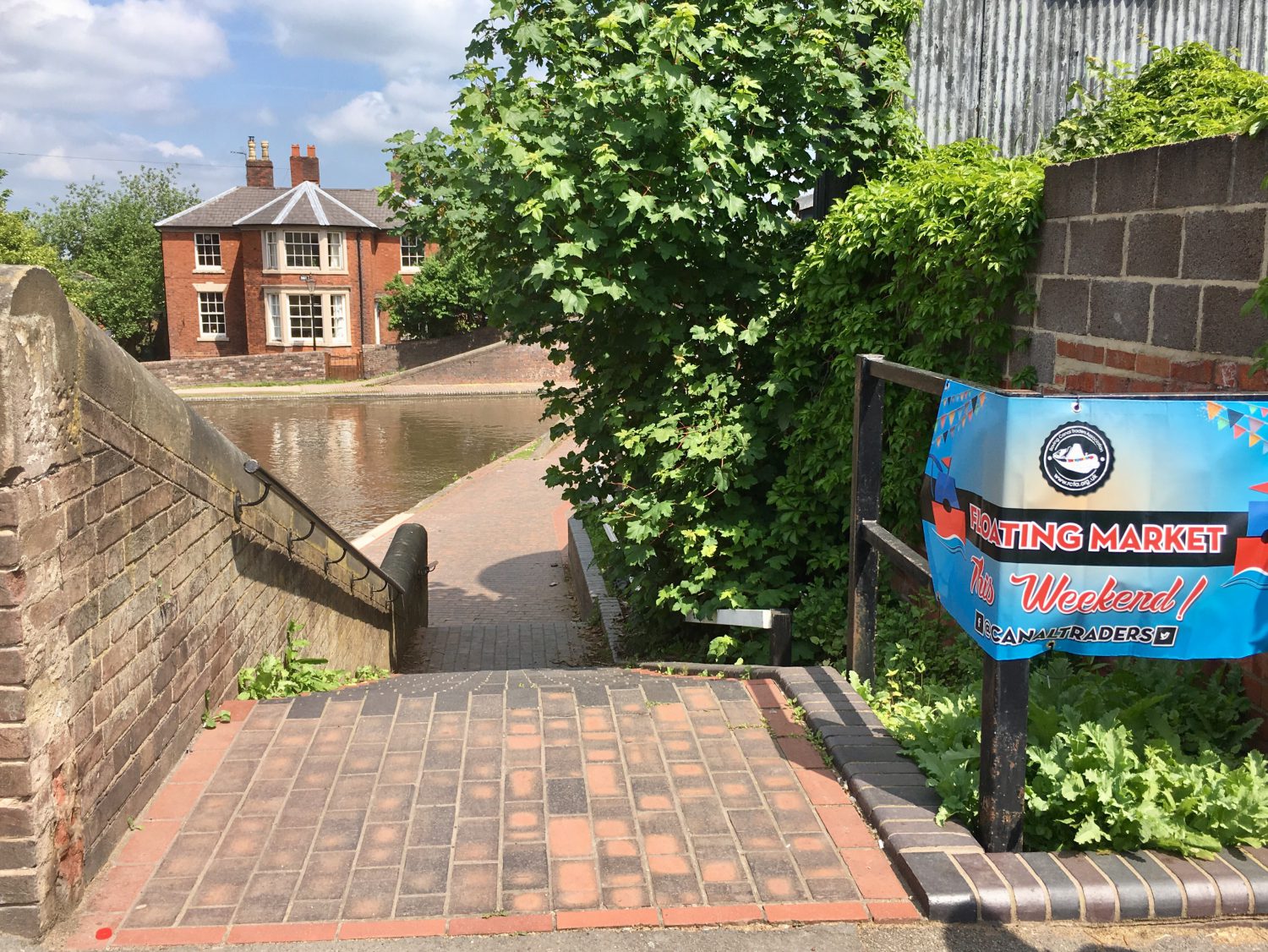 Attempting to give directions to passers by

At the crack of dawn on Tuesday 30th May my daughter and son-in-law arrived at Fazeley to scoop me and my suitcase up en route to Birmingham Airport. Barry even arose with me to help carry my case up the stairs and say a quick hello to our two excited grandsons. It was their first ever trip abroad so it had been intense for Lisa in the run up as their anticipation mounted.

Minorca was magical and magnificent. I last went there for my 40th birthday in September 1999 with my younger sister and we had an absolute blast in Cala en Forcat. This time we stayed at Vacances Menorca Resort in San Calata with Jet2 Holidays. Lisa had done hours of research to choose the best accommodation and area for us all – somewhere with a children’s pool, two bedrooms, near a beach, a few facilities nearby but not many. It was perfect. The boys adored flying and the holiday was like a piece of heaven for them being able to be in the water most of the day.

Ridiculously though on two of the seven days it rained. Minorcans would have been delighted as it rarely does. Hilarious! 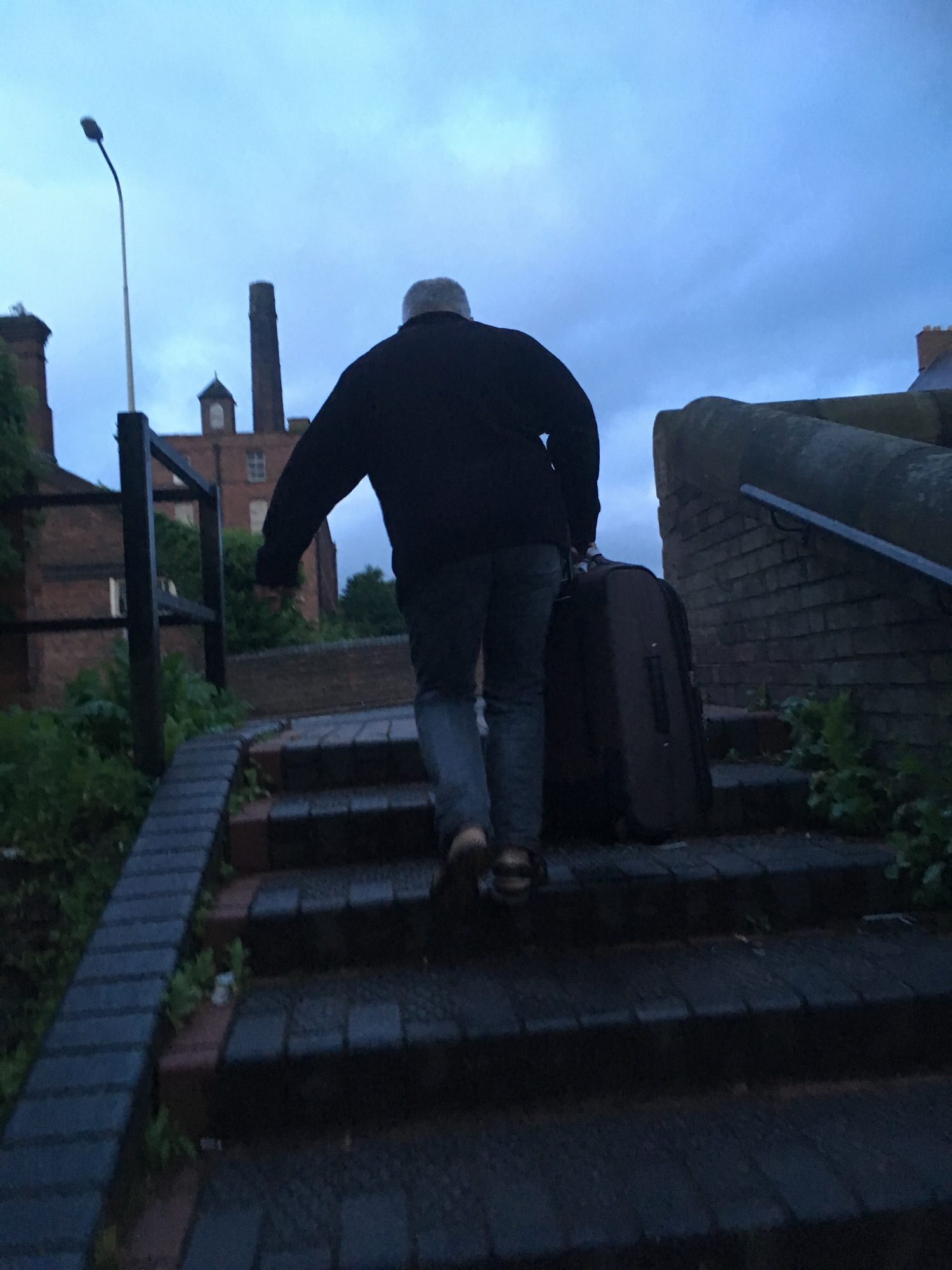 Barry carries my suitcase up the stairs at 0430! 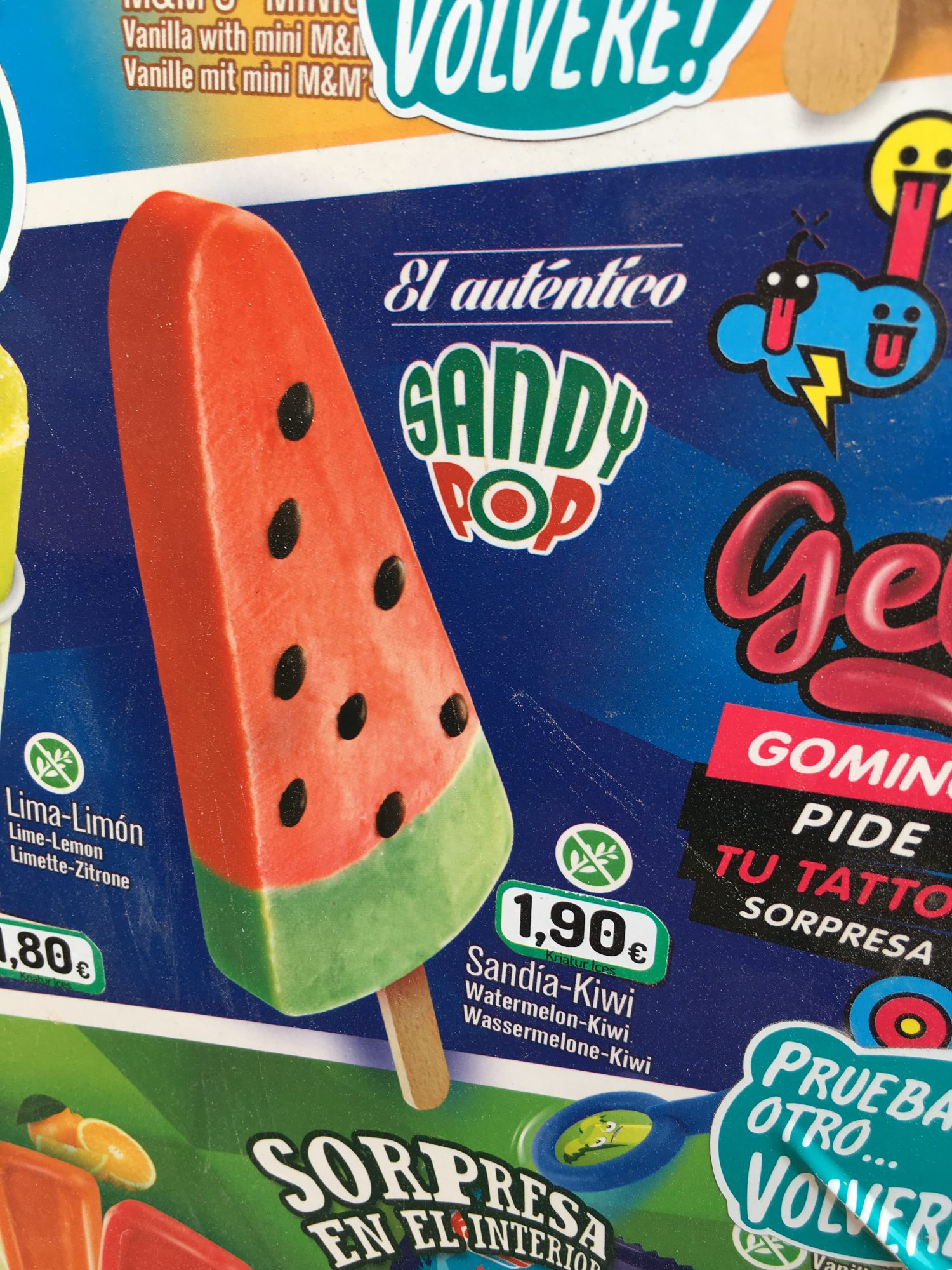 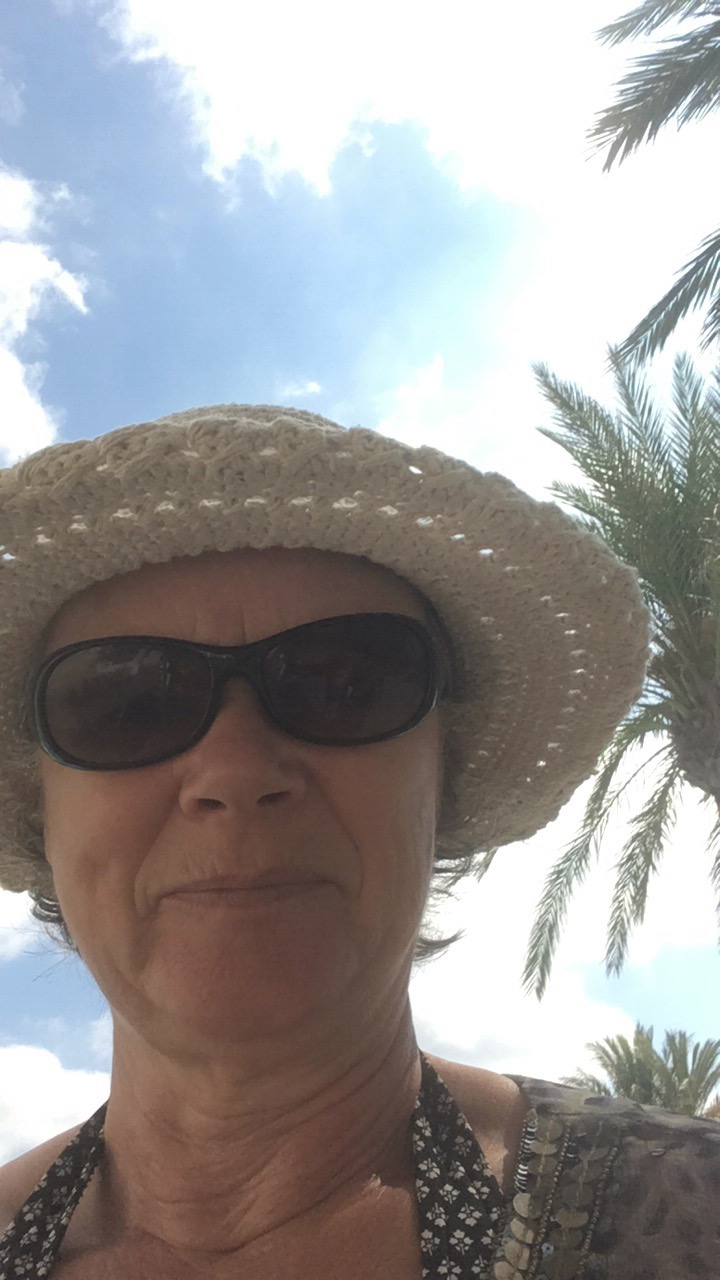 Loving the sun and my ‘Hippie Boat’ hat 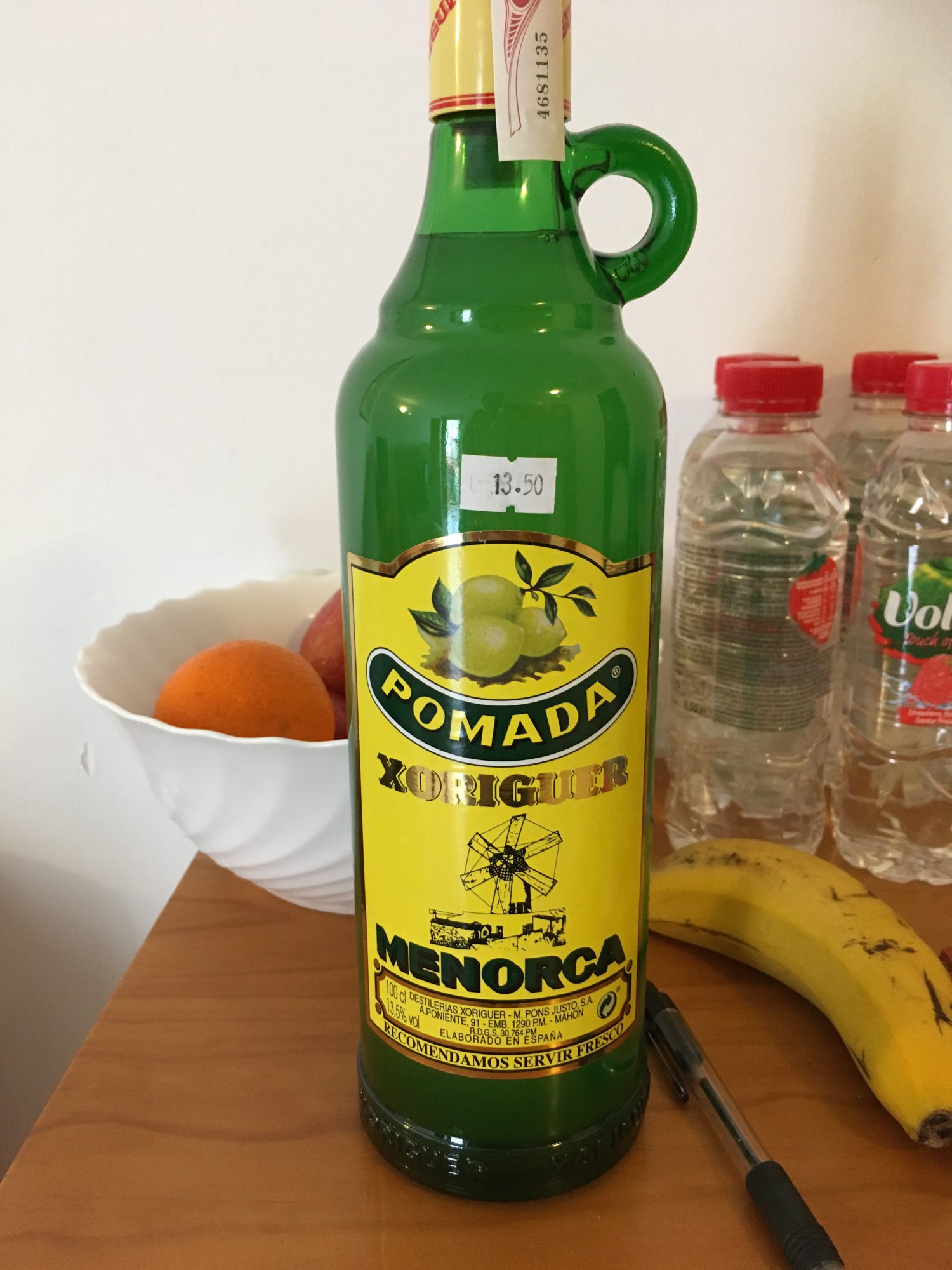 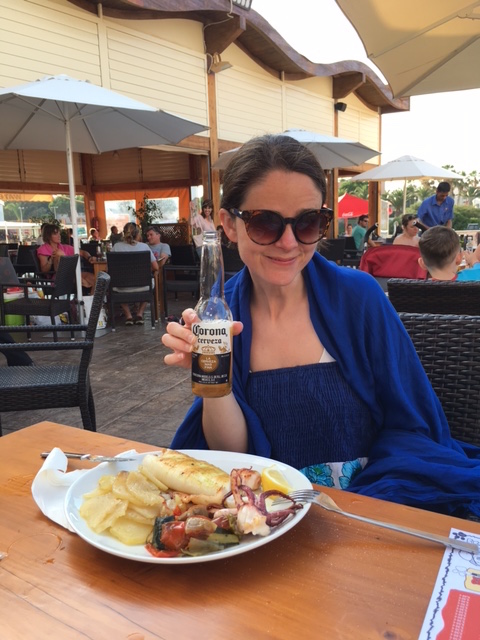 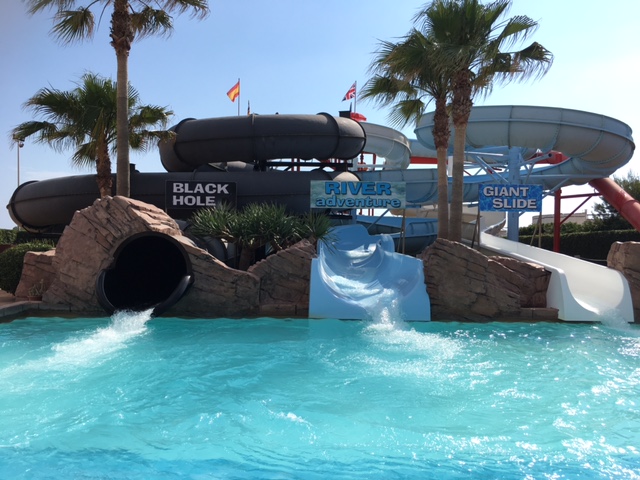 The massive slides at the Aqua Park 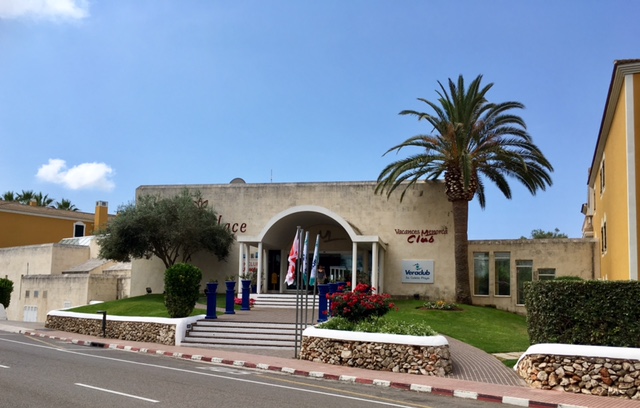 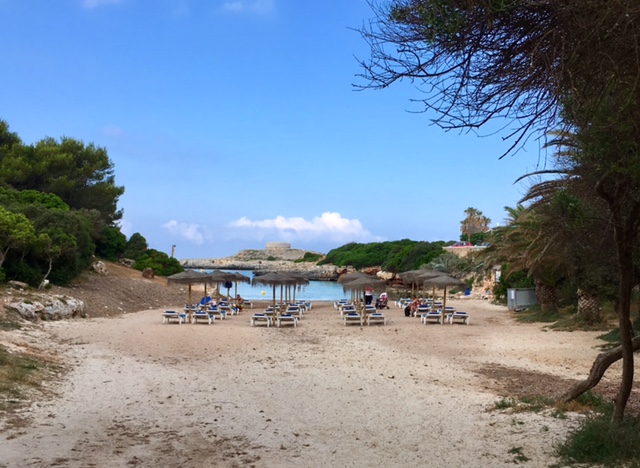 No rest for the wicked …

Having returned to Areandare on Tuesday afternoon, in Rugeley, I’d hoped to have a week or so meandering to Middlewich with Barry ready for the Folk and Boat Festival on 17th and 18th June. On Wednesday we had a message from our niece  Lauren, from Australia, to say she was in Europe and landing at Luton Friday evening and could she come and see us for a couple of days? A bit of a surprise, but a lovely one.

In Australia and New Zealand domestic flights are easy to get around the country. Not necessarily cheap. But fairly straightforward. Not so here in UK I’ve found. And getting across the country from Luton Airport (definitely not paradise if you recall the Lorraine Chase Campari advert from 1976!) to the boat at around 9.30 pm on a Friday night was not something we felt comfortable subjecting her to.

This morning I jumped on a train at Stoke-on-Trent to Birmingham New Street. Then walked to Birmingham Moor Street. Hopped on the Kidderminster train. Got off at the station and sat in the quaint ‘King and Castle’ Pub there and had a crusty cob, packet of ‘Real’ crisps, and a pint of strawberry cider meal-deal for £4.99 to while away 50 minutes waiting for the 303 bus to the end of mum’s lane in Ombersley.

In a couple of hours I’ll drive mum’s car to Luton and meet Lauren off her flight.

Meanwhile Barry is moving Areandare to Westport Lake where we’ll re-connect around midnight!

And all that after a rather late and exciting night listening to the beginning of the UK General Election results. An astounding success for many, not so much for others who expected something completely different and were understandably mortified. Politics in Britain have been turned upside down in support of an inspirational leader called Jeremy Corbyn. Young people finally felt strongly enough to use their democratic right. And so did Barry and I. Never before have I felt so energised and passionate about the authenticity, courage and clarity of a politician. An amazing result that will go down in history.

I salute you Jeremy Corbyn. Thank you for your bravery and fortitude.

6 thoughts on “Sandwiched between mum, Fazeley and Minorca! ”