Having taken up the invitation of a trade mooring at Mercia Marina in the winter of 2015, we got to know the office staff there quite well. Barry more than me which is just how it is while I’m a regular member of the ‘sandwich’ generation and consequently often absent from Areandare.

Once we left in January 2016, the idea of holding a ‘Floating Market’ there was postulated. Tony Preston and I chatted amiably about how if could work, but it wasn’t until it actually happened that we could highlight the challenges and the possibilities.

This year we were the only trade boat who returned – for a variety of reasons. A number of traders chose not to go back because of the narrowness of the ‘finger’ pontoons. They felt unsafe in there precariousness. And two boats had traded from one pontoon which made it more challenging.

This year went brilliantly. As is the case with almost everything in this wonderful life, we learn from our experiences and do things differently the next time.

Barry chose to trade from a finger pontoon. He suggested to Tony that he put a sign at the end of each one, so that customers didn’t get distracted and continue walking until they realised their name was not ‘Jesus’! He advised not having two trade boats on one pontoon, but instead to have a ‘boat for sale’ on the other side. Three of the six Floating Traders had the advantage of the pontoons that were wider, on the purpose built trade area.

One of the most magnificent positives of Mercia is it’s relationship with the local media – and this was reflected in the publicity we were gifted with and the fact that around 10,000 people visited the marina and the market over the weekend.

Barry and I were rudely awakened on the Friday morning by Nigel from BBC Radio Derby. He’d been chatting to Tony and once he heard the name Barry Teutenberg, and the fact that he ran ‘Thd Home Brew Boat’, decided, egged on by his producer, that we were to be interviewed live on the breakfast show. We’d had a late night on Thursday and expected me to be interviewed at 11am, along with another trader Sue Meades from ‘Mugs Afloat’.

After a short preamble getting Barry prepared for live radio, the microphone was thrust towards his dulcet kiwi tones. Nigel had been encouraged to jazz it up with a spot of bartering – it’s a ‘Market’ after all said the radio station. Our profit margin is already rather tight, so it’s not something we’d normally embrace. Live on air, Nigel asked Barry if he could barter, when Barry spoke those immortal words “this is Mercia Marina not Morroco!” You can listen to the interview by clicking this link (it’s 1 hour, 22 minutes in), but only for another three weeks …

Not just radio either – TV and newspaper appearances too – check out www.facebook.com/thehomebrewboat for all the links and TV video … 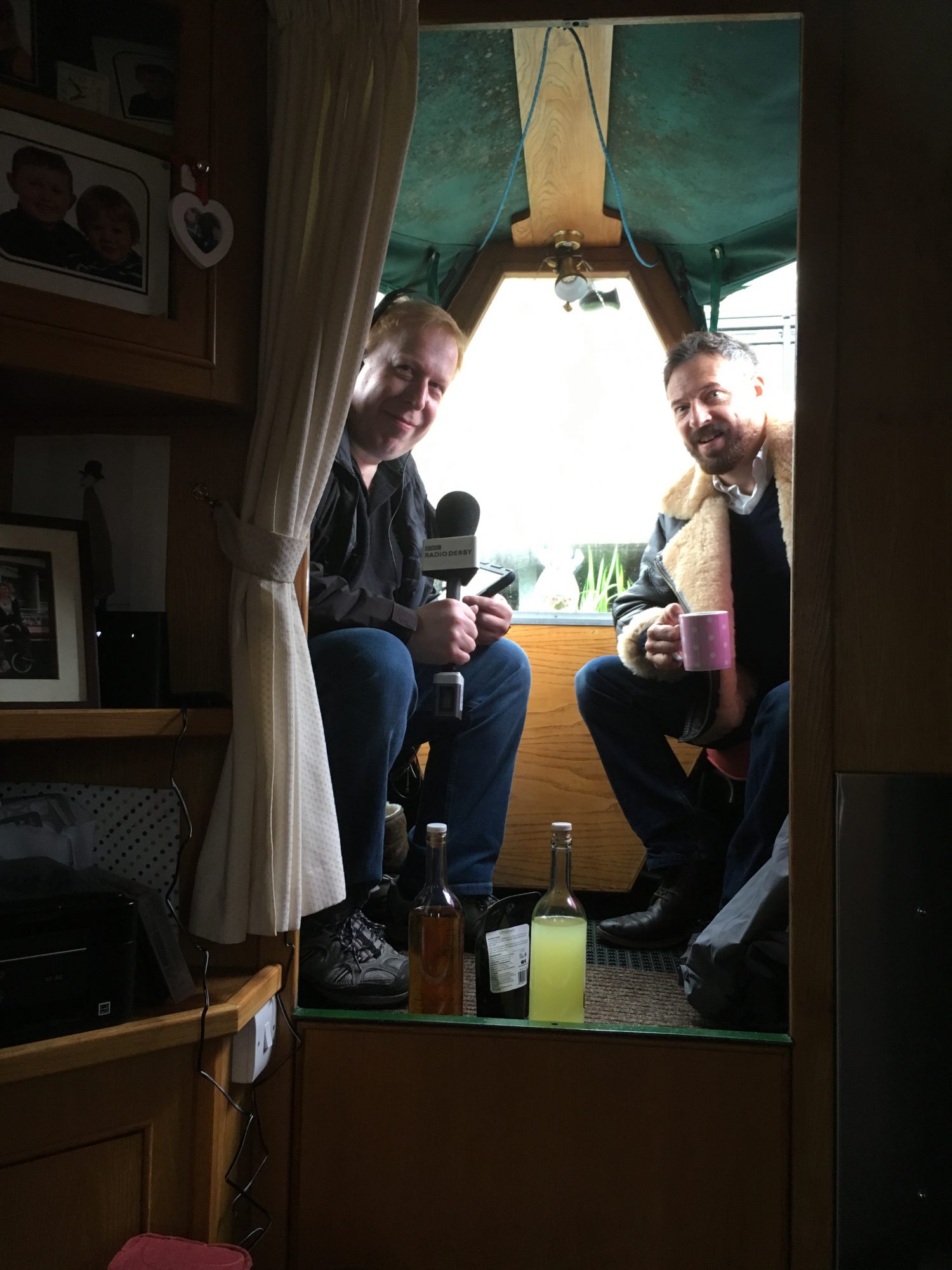 Nigel and Tony ready for the live interview 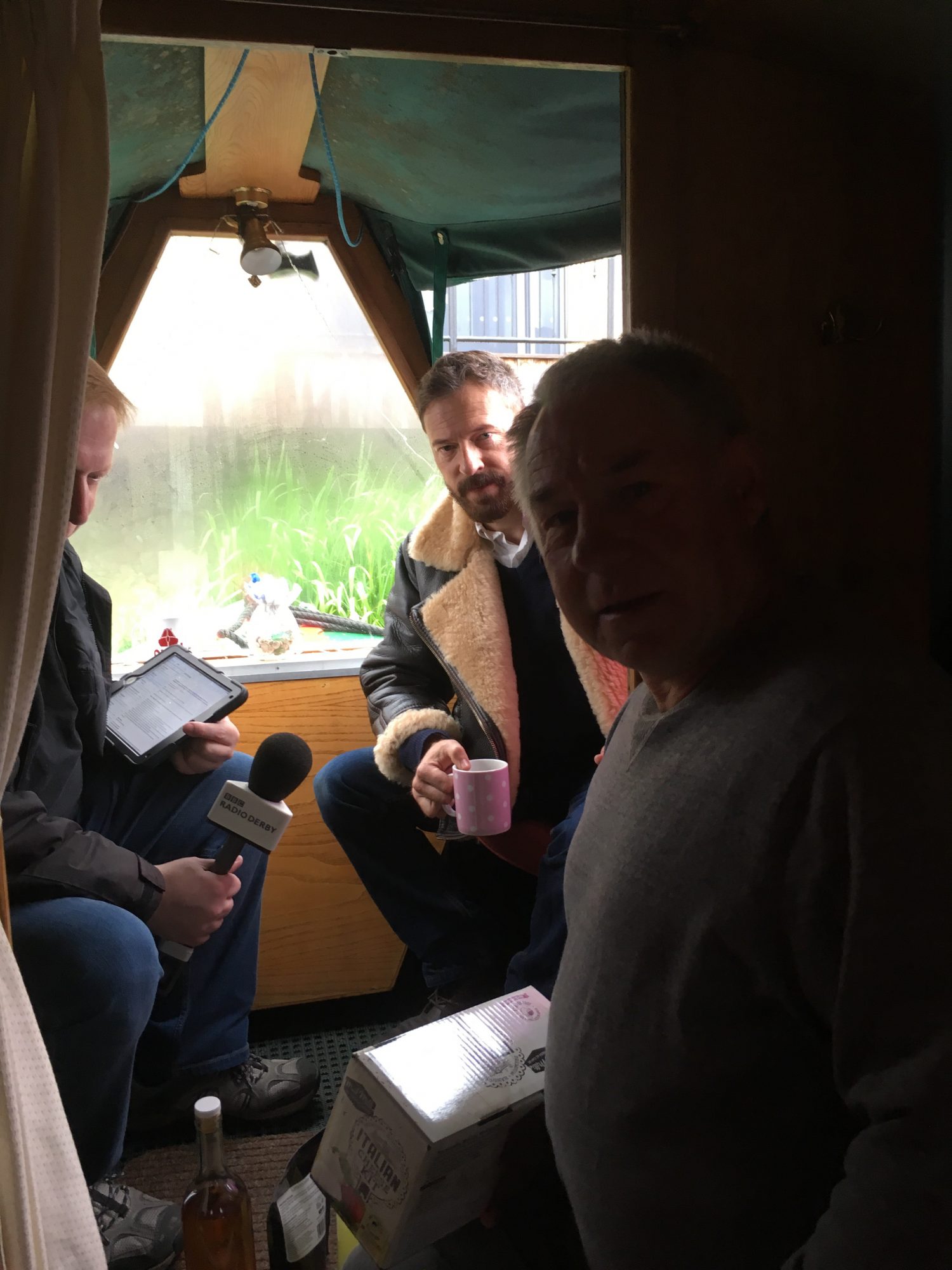 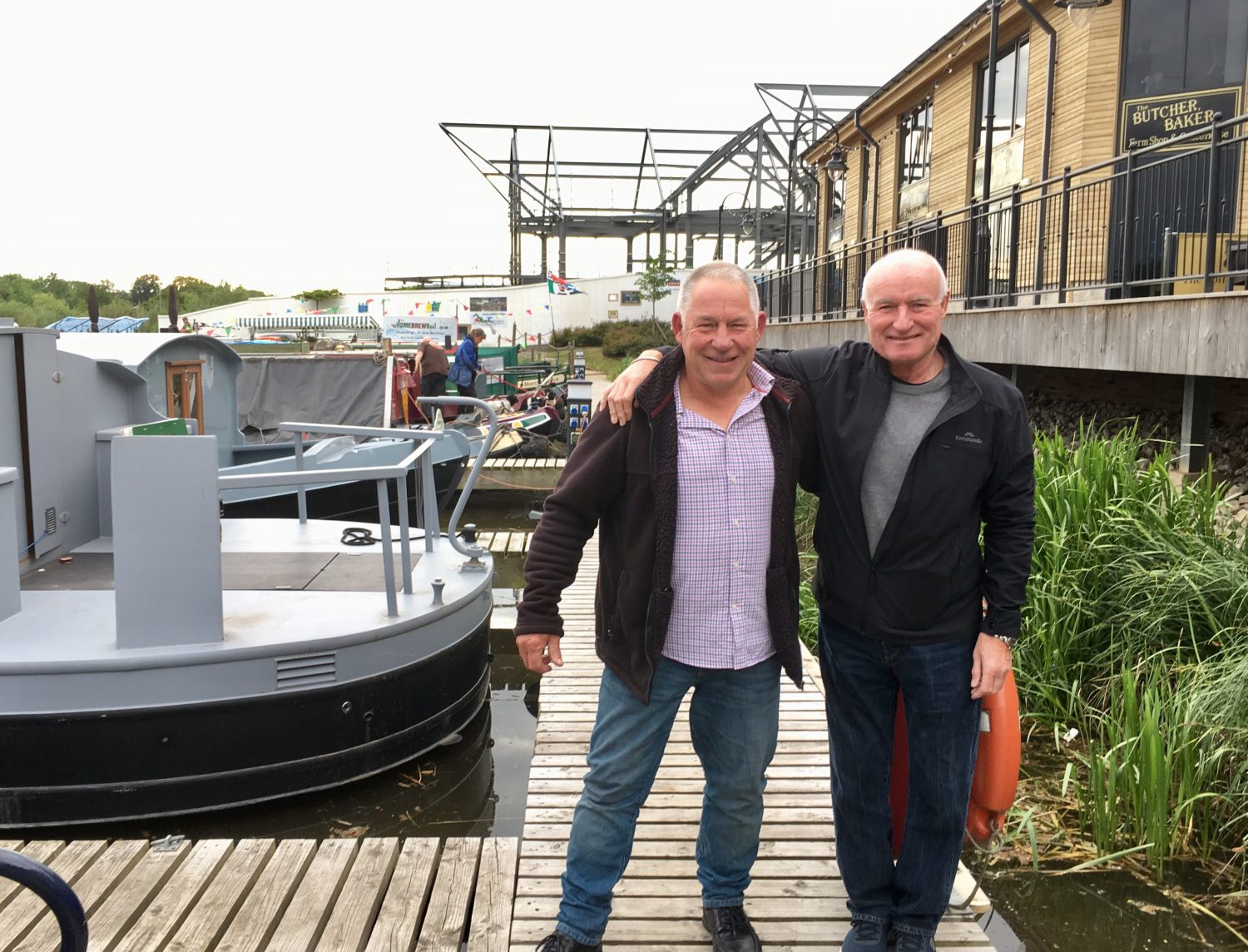 Friday evening curry night with the other Tony 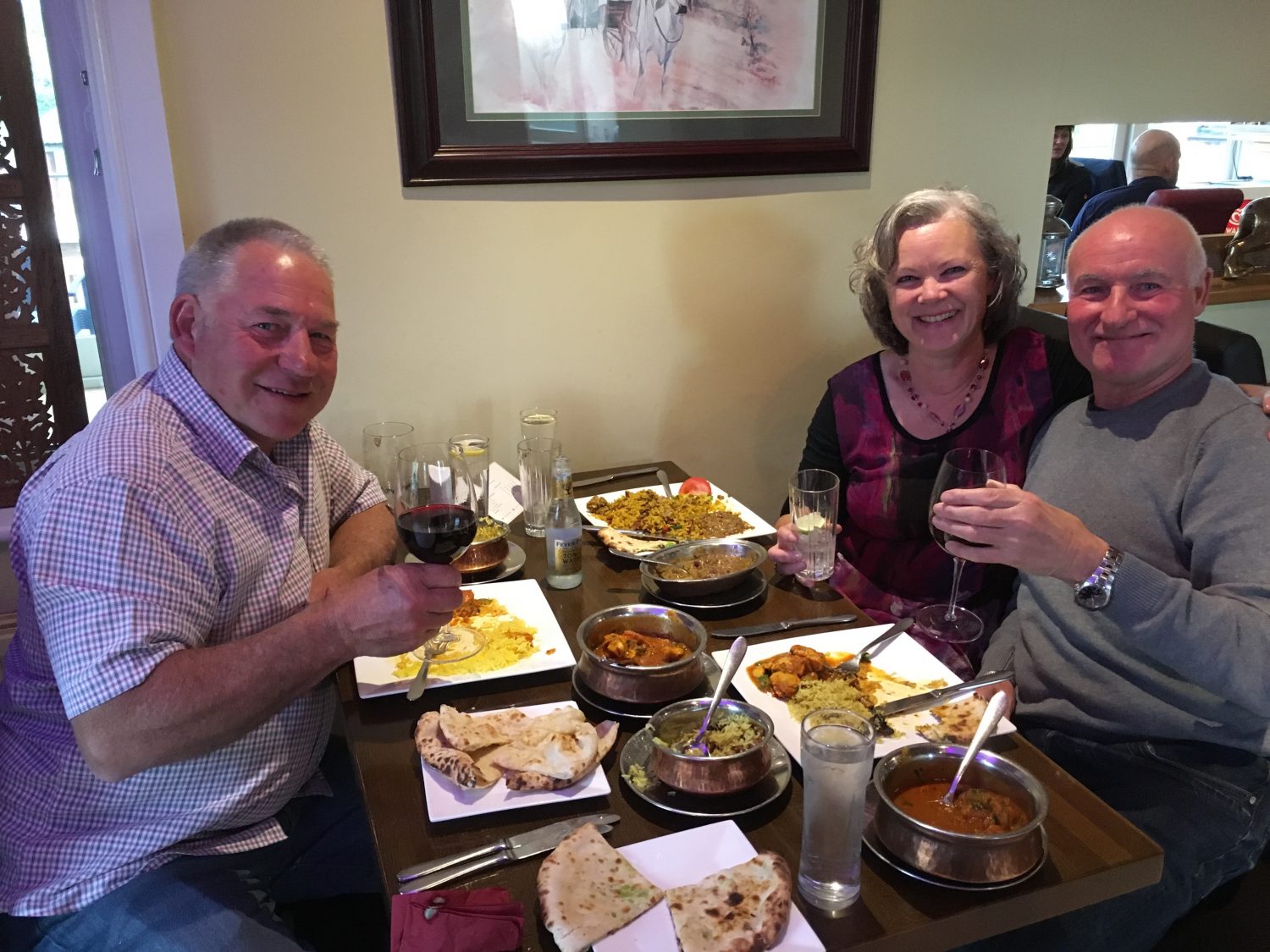 Fantastic to get dressed up for a change 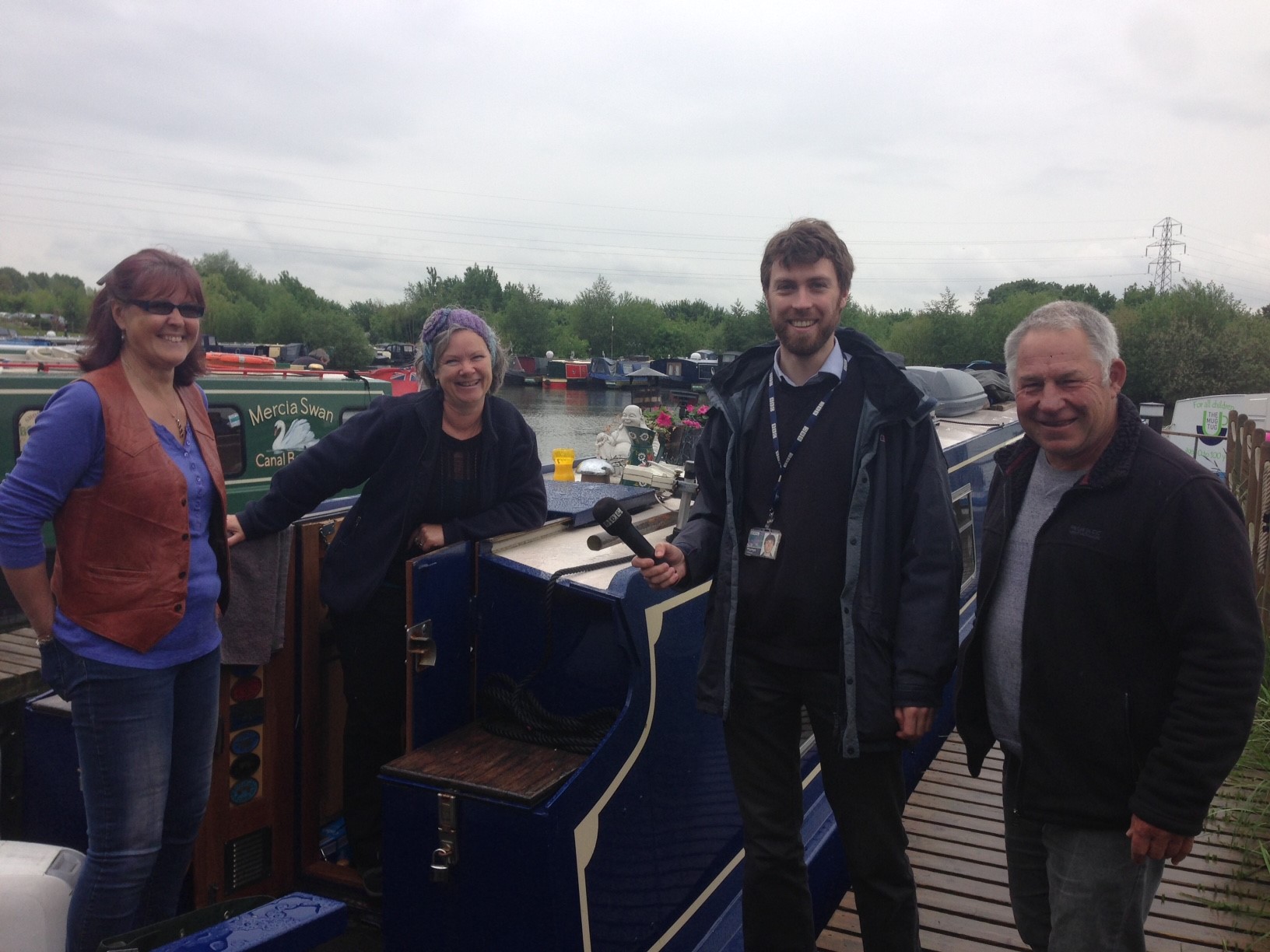 Martyn from radio Derby interviews Sue Meads and I on Friday morning, which was broadcast on Saturday breakfast BBC Radio Derby 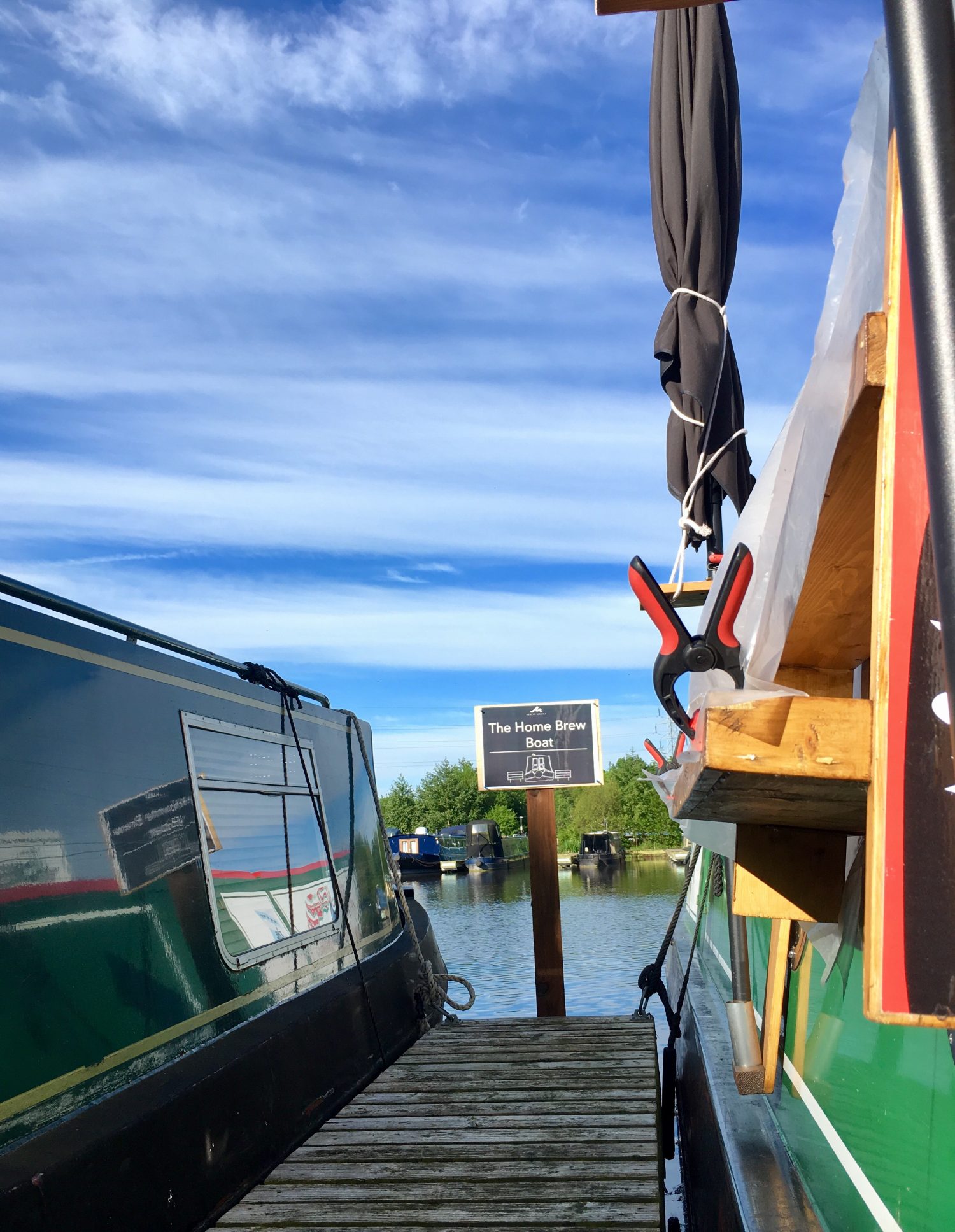 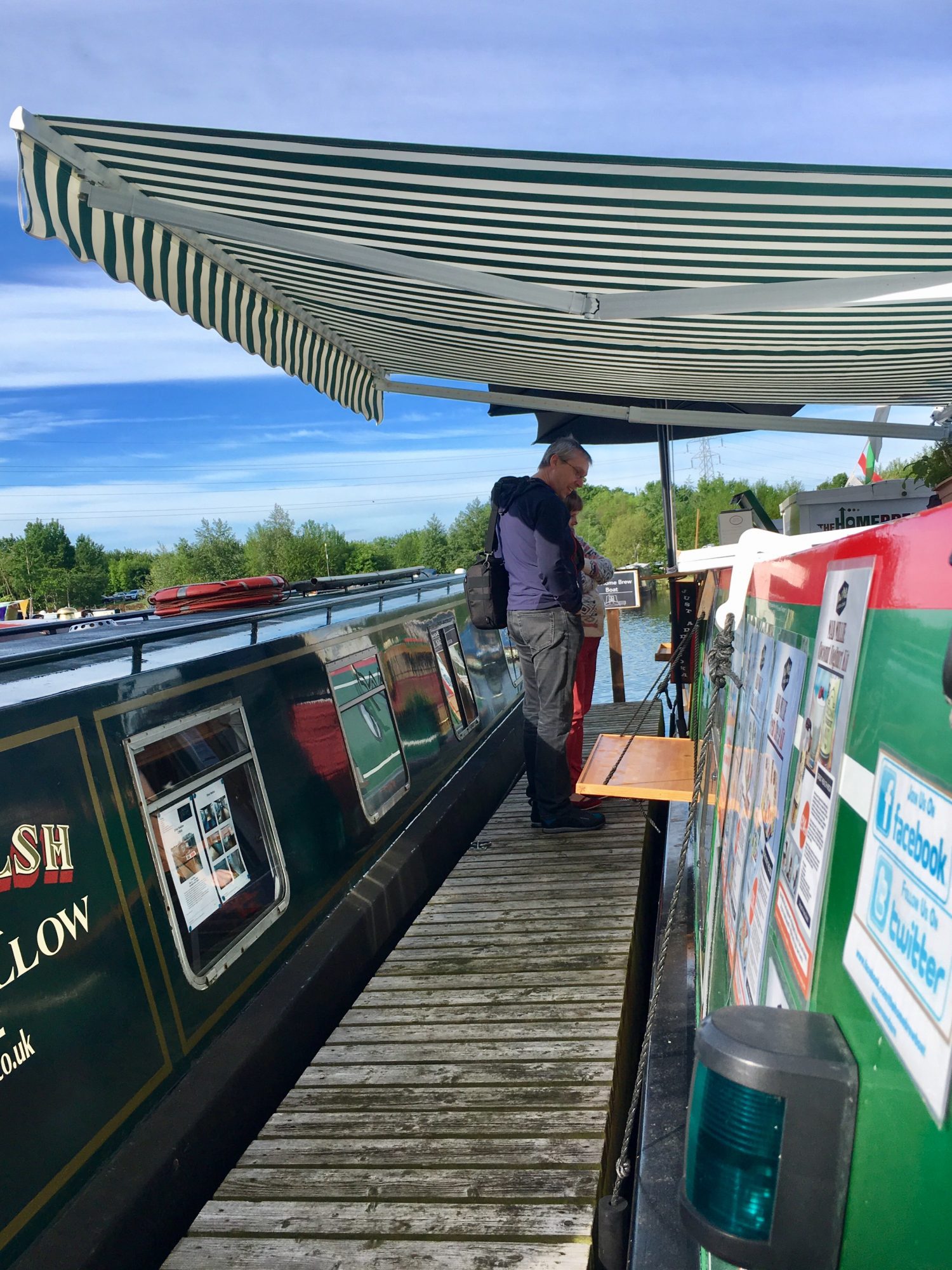 Customers arrived at 0820hrs on Saturday – maybe they heard the radio interview? 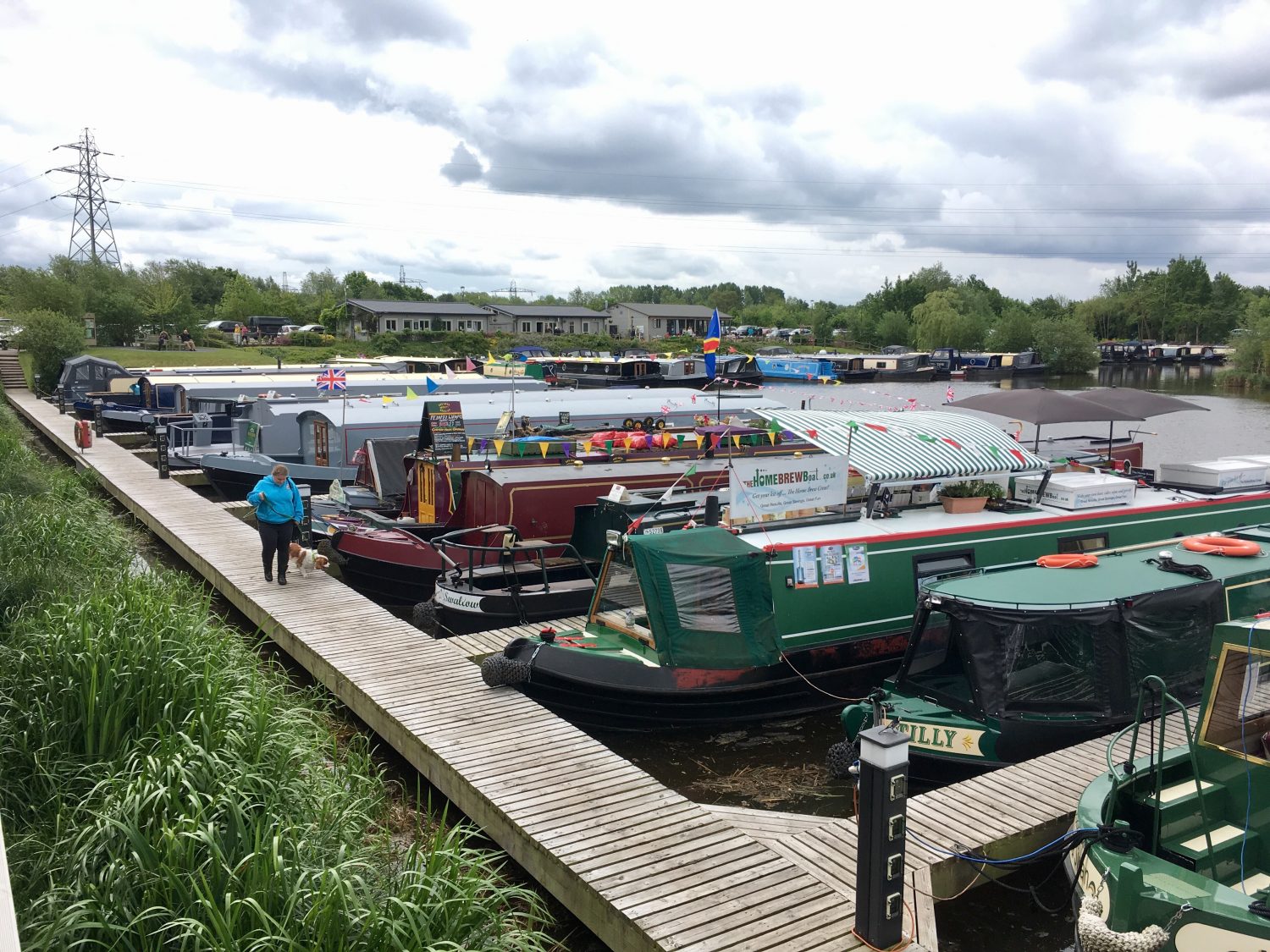 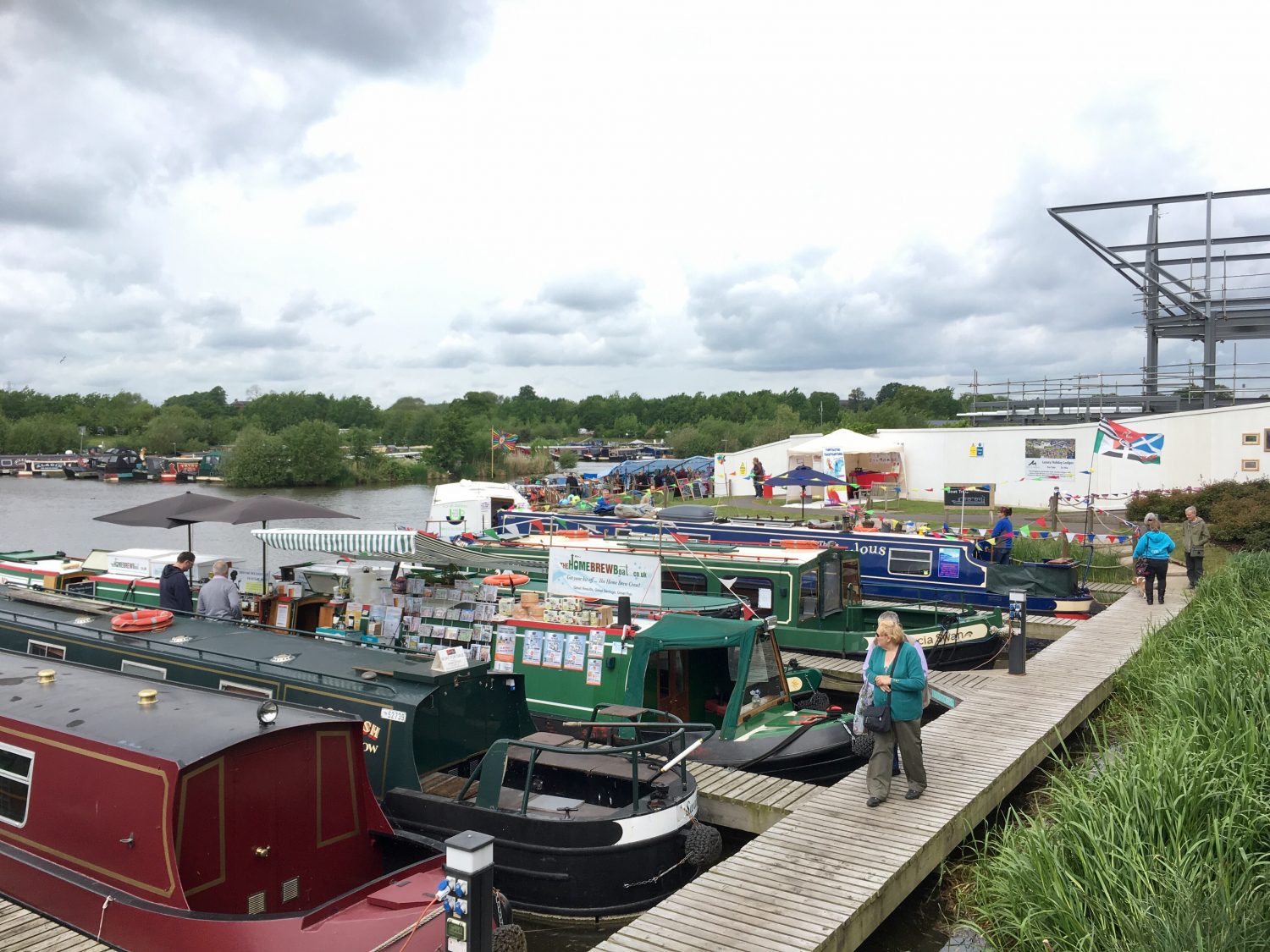 And looking towards the trade moorings and Funtastic Facepainting’s gazebo 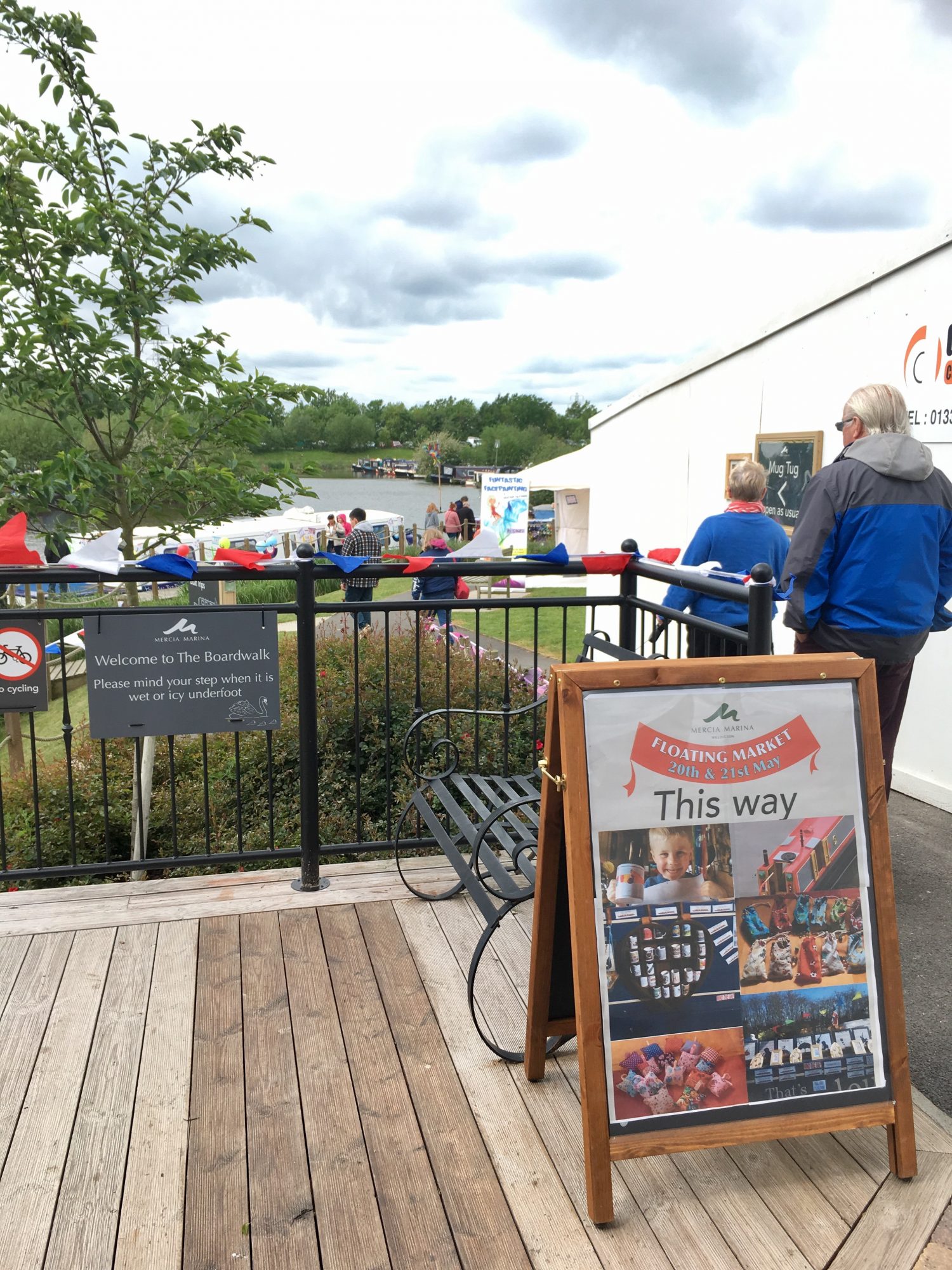 Mercia Marina staff are wonderful at promoting the floating market 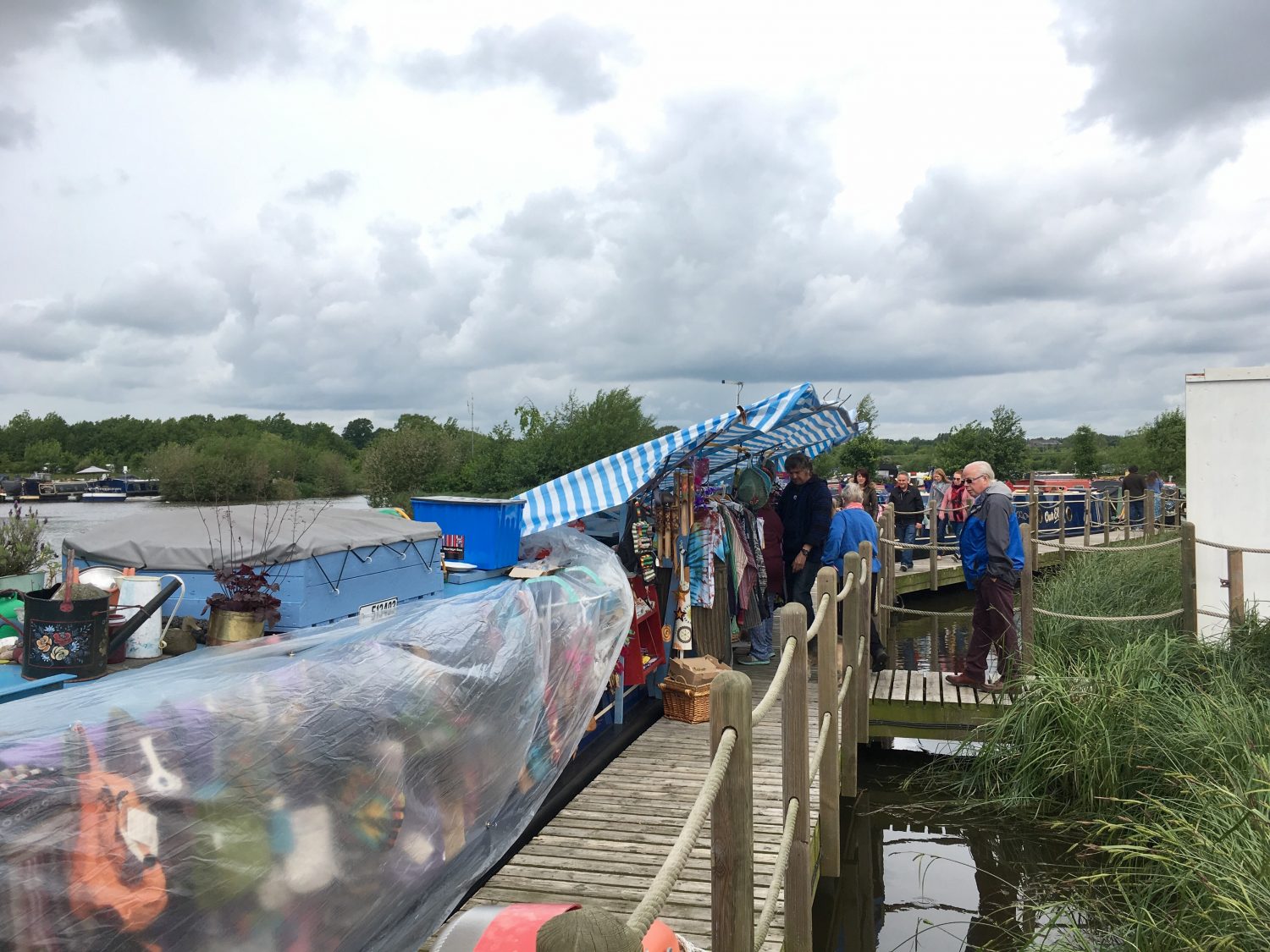 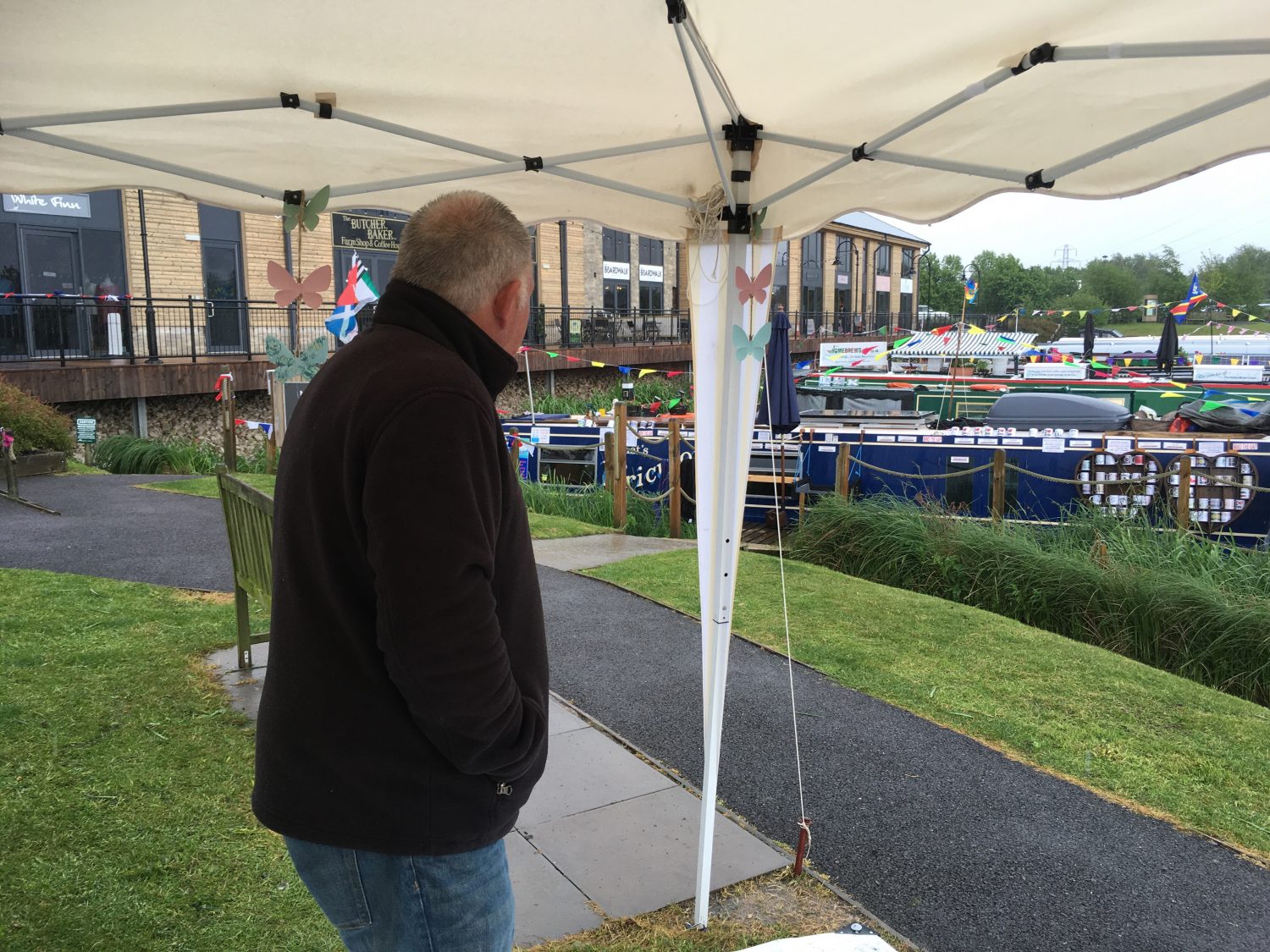 Barry comes to visit the facepainting gazebo to watch the rain 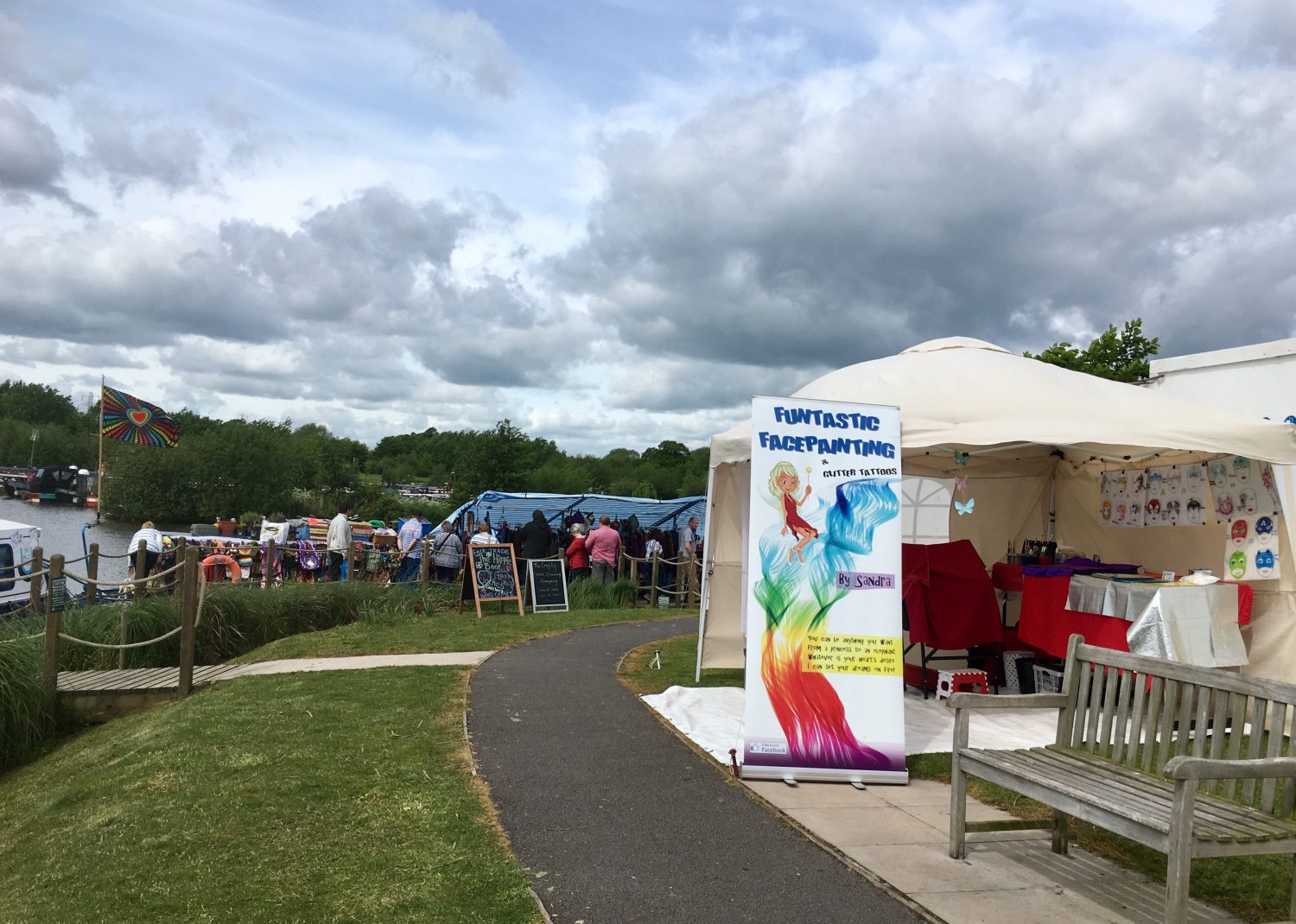 Funtastic Facepainting squeezed snugly in front of the construction site 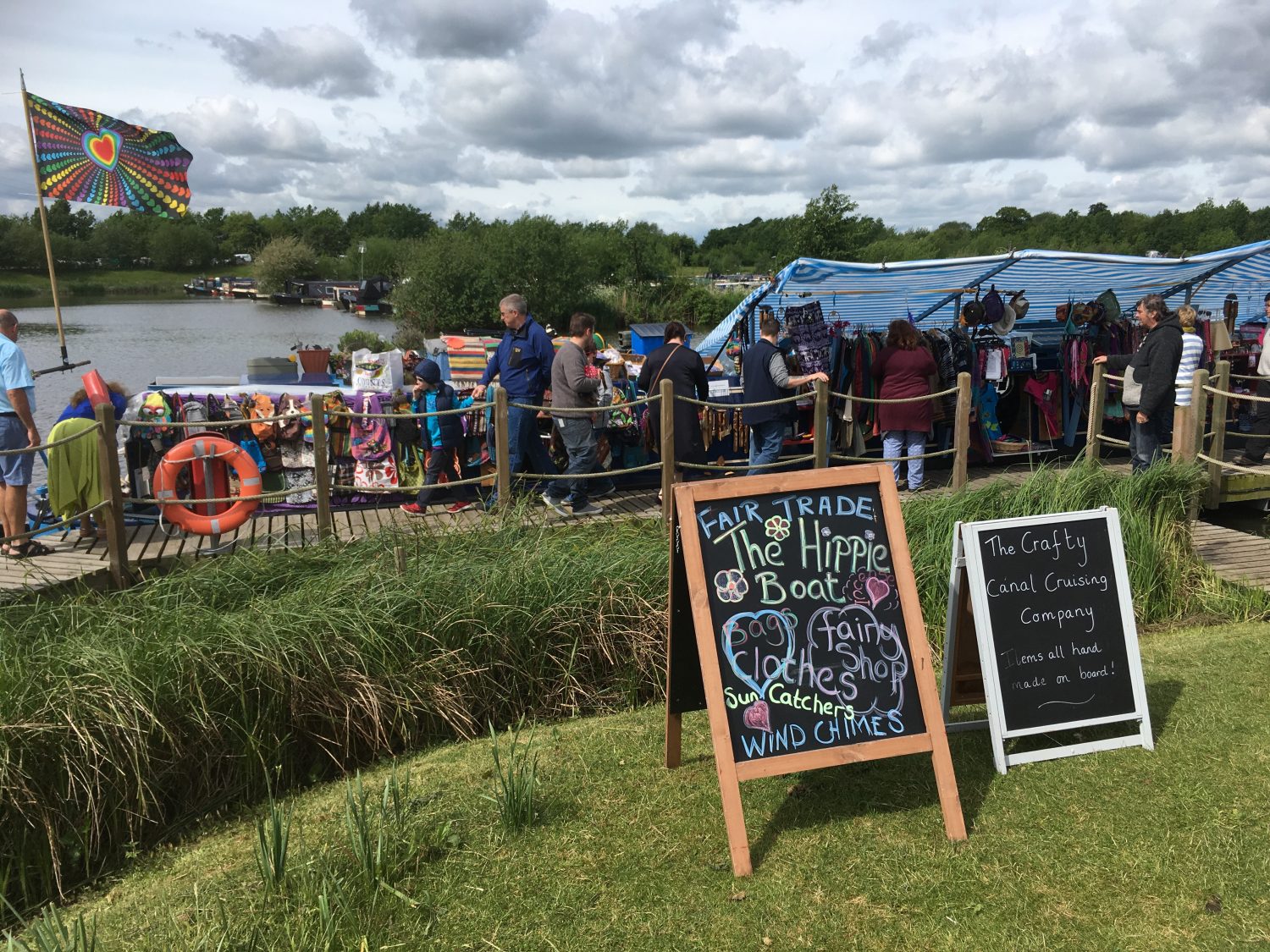 The Hippie Boat is a popular place to browse and find something you didn’t even know you desired! 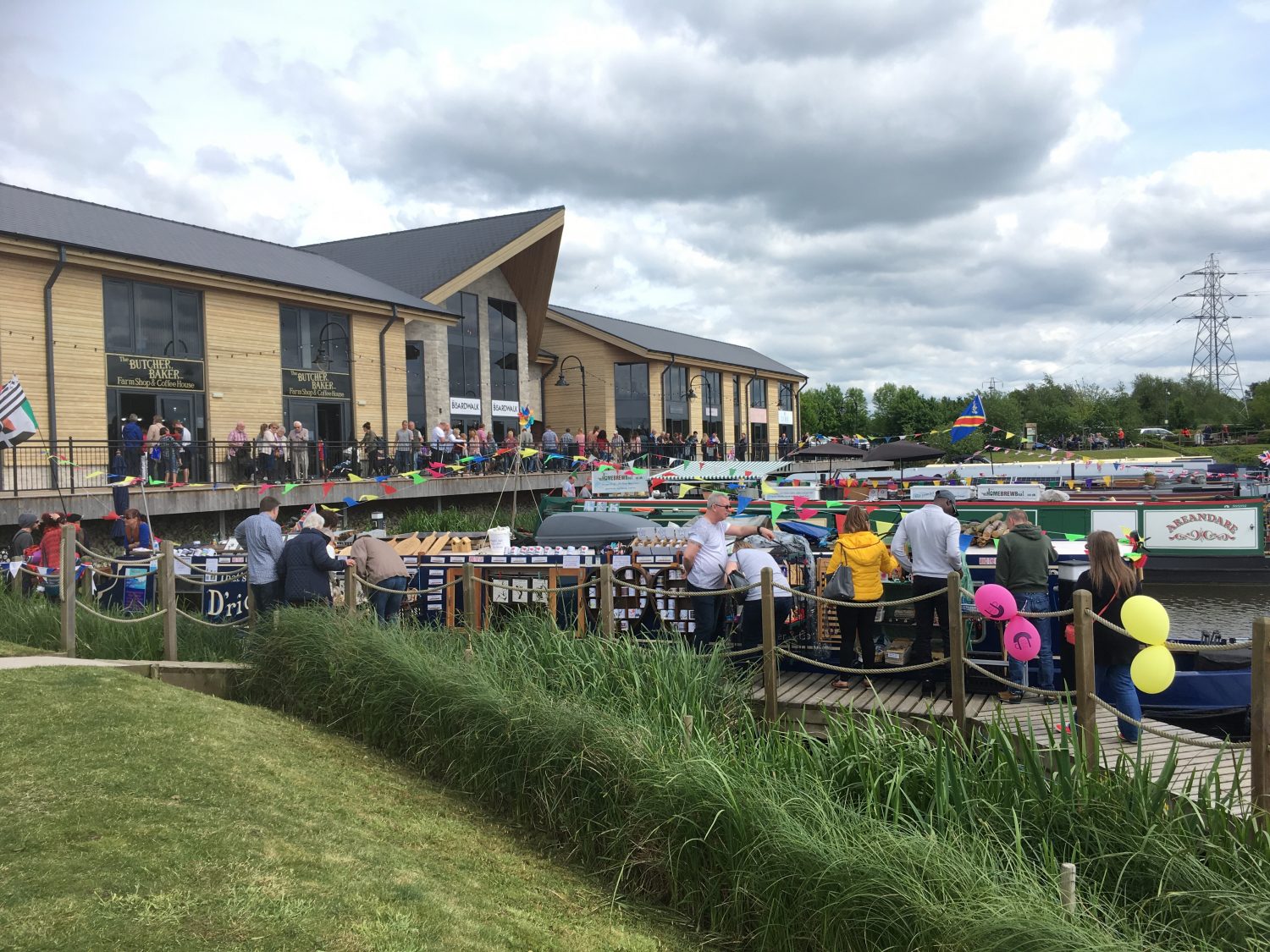 ‘Mugs Afloat’ sells what it says – and so much more 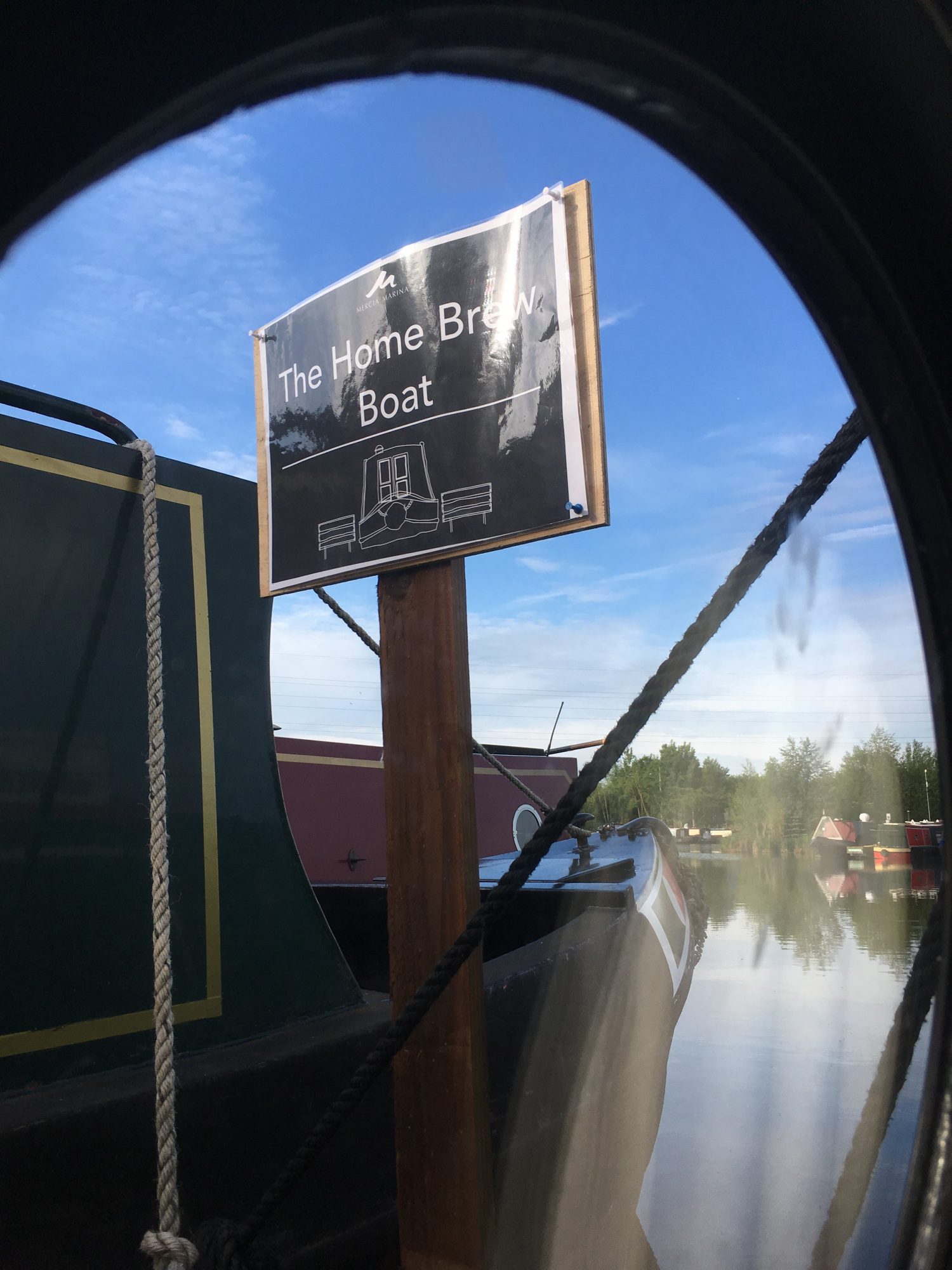 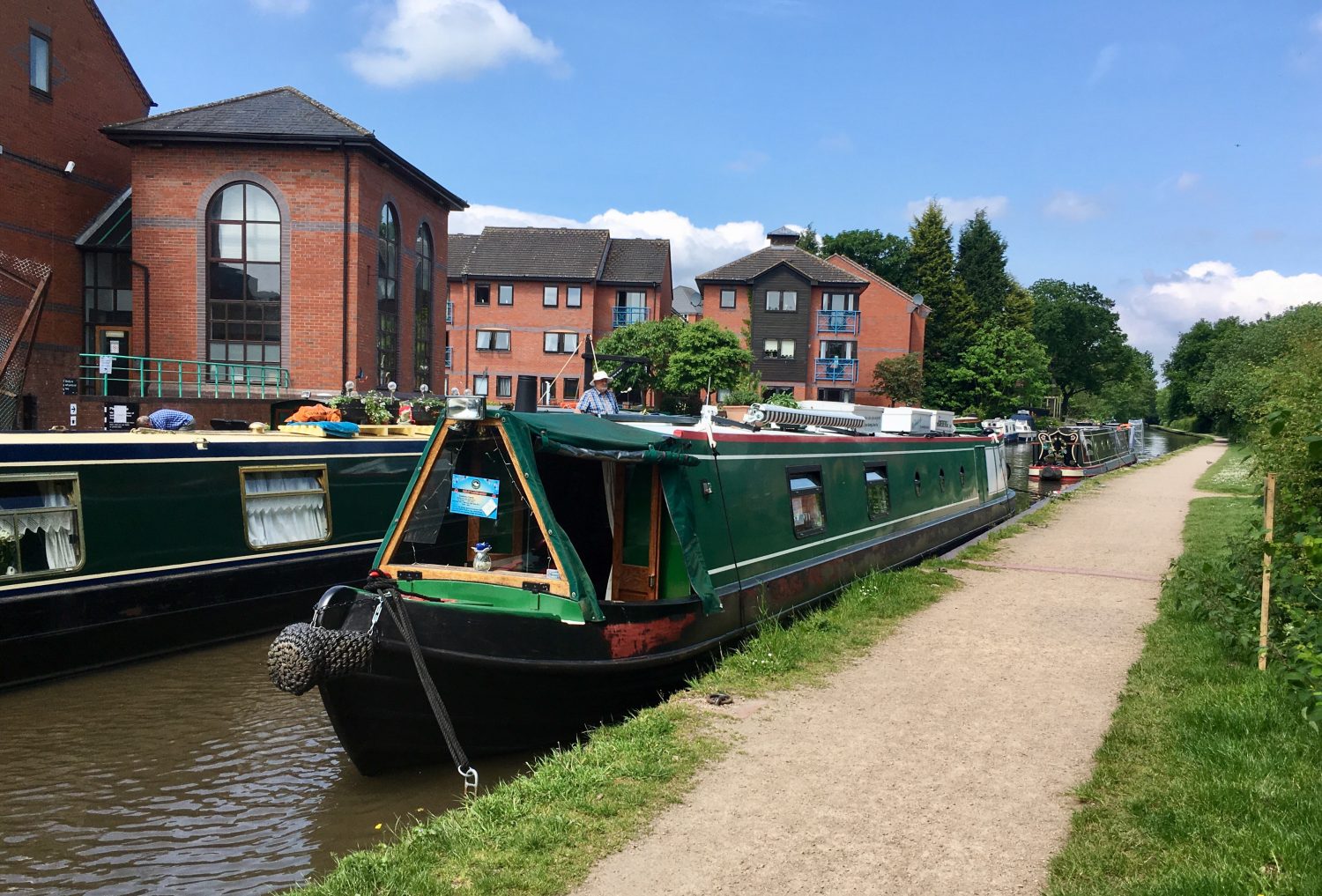 The Home Brew Boat at Fazeley 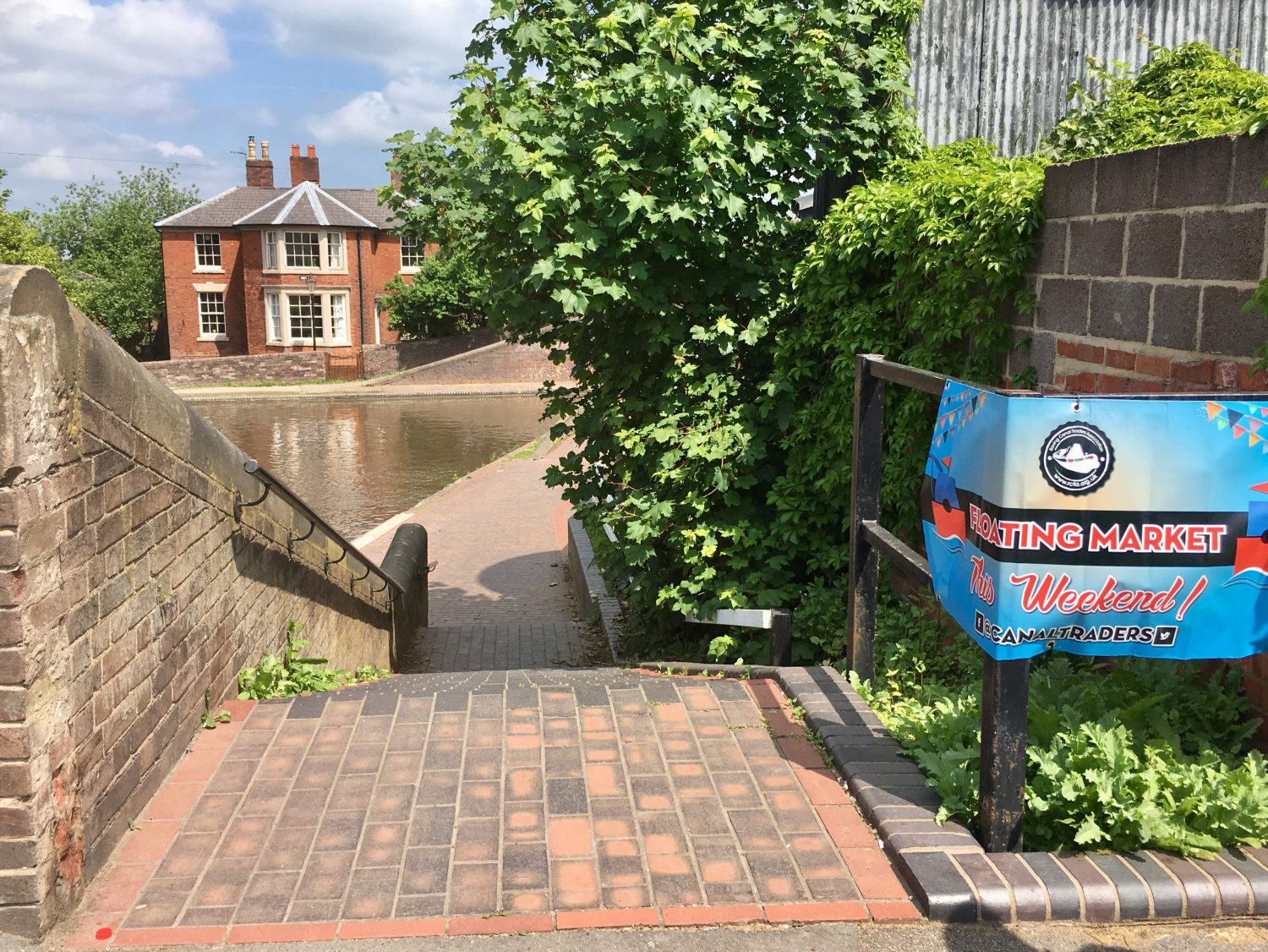 Following which I’m jetting off to Menorca with my daughter and grandsons for a week.

What’s Spanish for see you soon??

5 thoughts on “This is Mercia Marina not Morroco! ”