One of our first events as Floating Traders, was St Richard’s Festival in Droitwich in 2014. Our dear friends Helen and Andy, from Wild Side, had already been trading there for a couple of years, so it was very special to moor up snugly next to them for the first time.

This year will also be significantly memorable, as they’re thankfully here after a one year absence due to illness. 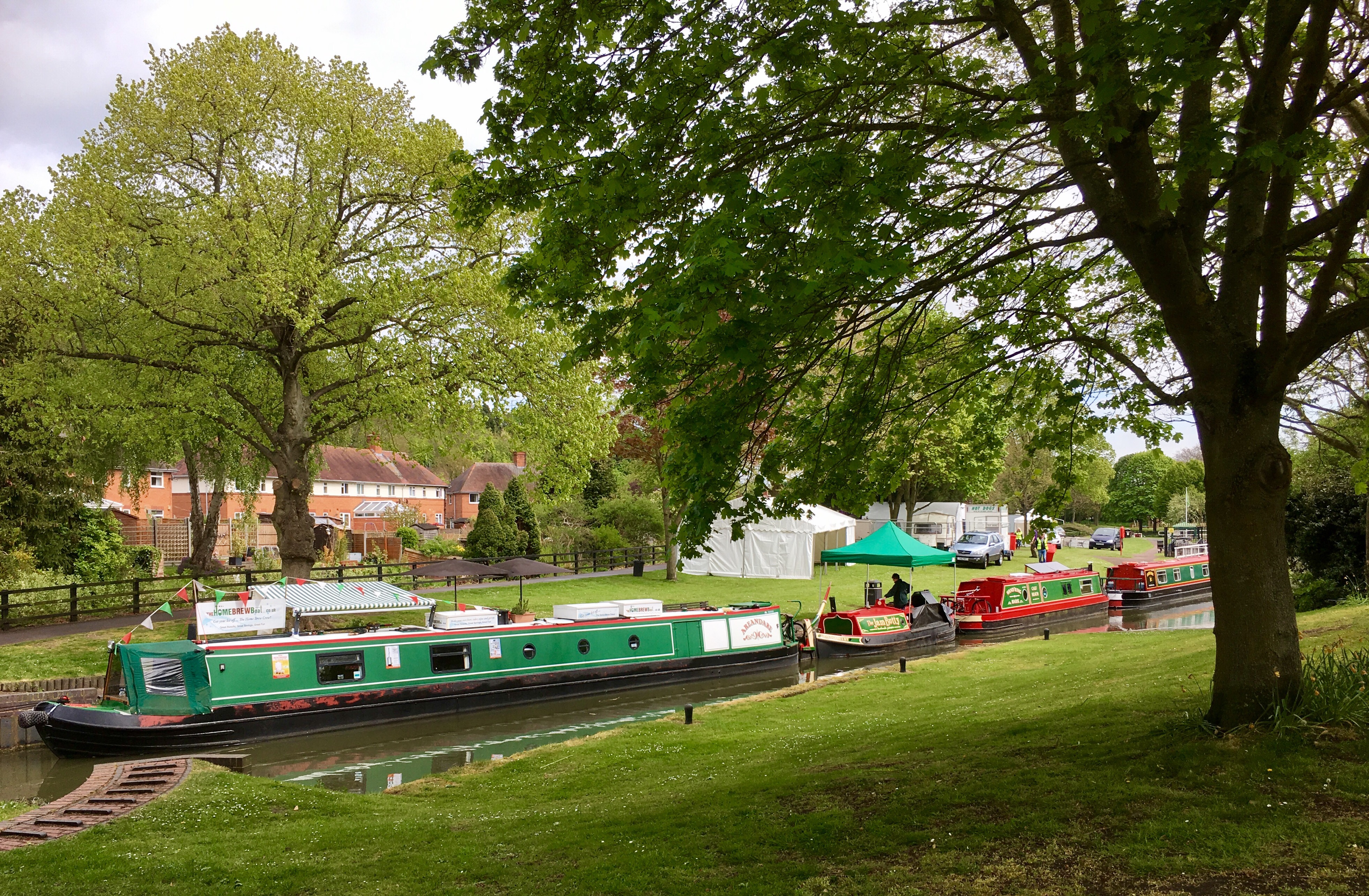 Areandare The Home Brew Boat, closely followed by Wand’ring Bark and The Jam Butty with Wild Side and the festival field preparing for Saturday

There’s also a few Floating Traders new to this festival – Ray and Lesley selling ‘Crafts from Morgana’, Peter with his solar panels and pods, and Pam and Andy on ‘The Glass Barge‘ selling gorgeous jewellery and other hand made items. 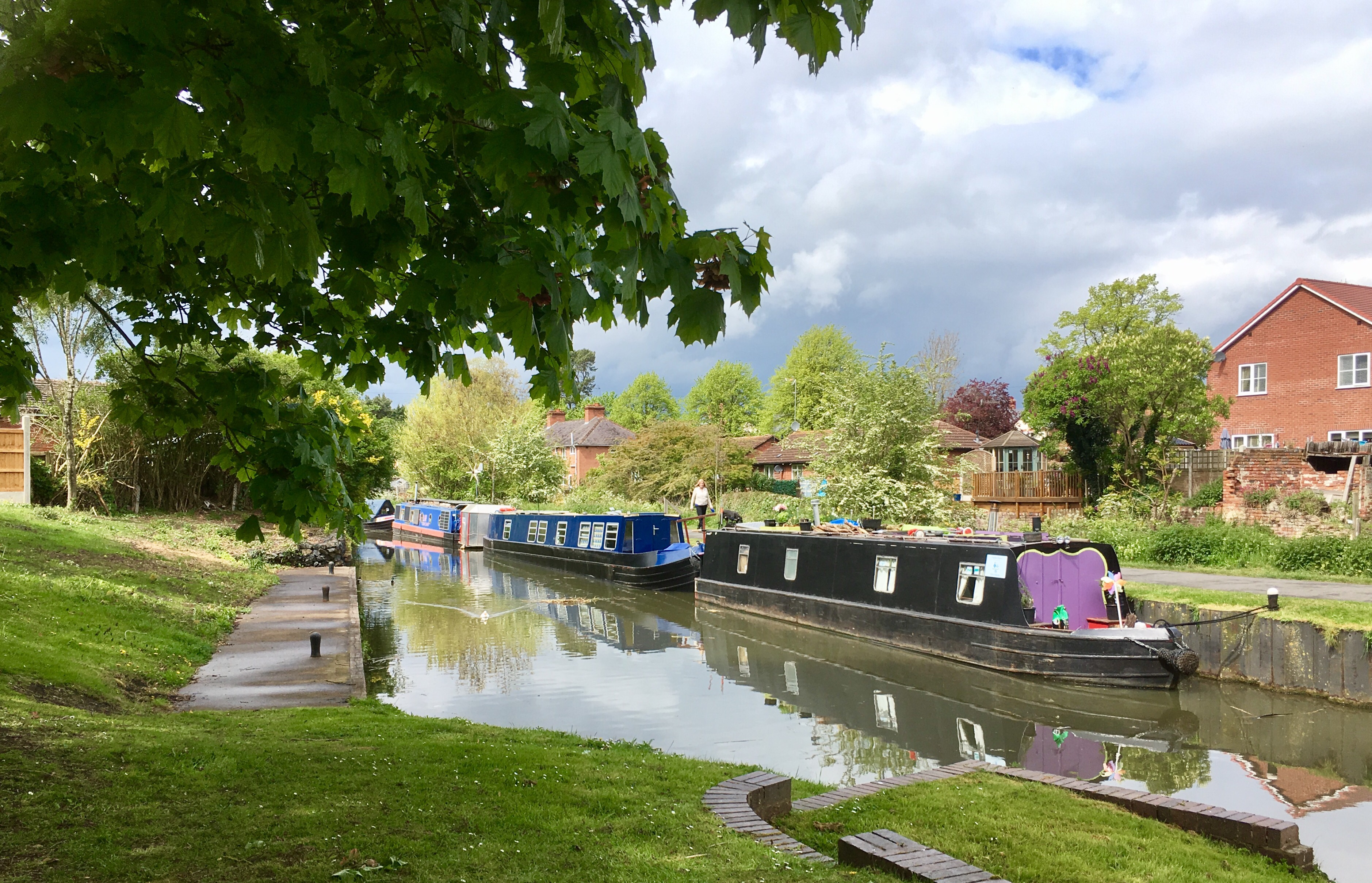 Morgana, The Glass Barge and Peter’s Solar and Pod

The usual six-handed rummy night began the event for us on Thursday evening aboard Areandare, and last night the Beer Tent drew us in to hear a few tunes from The Shady Band. And of course a bit of a boogie!

A gorgeous guess on board

We’ve had a kiwi guest staying with us since Tuesday having her first narrow boating AND canal festival experience.

Dawn’s relishing a six month sabbatical from her Midwifery Lecturer role in Auckland, travelling around Europe and now England. She’s (understandably) smitten with life on the cut, and we’ll miss her company when she heads off to Stratford tomorrow. 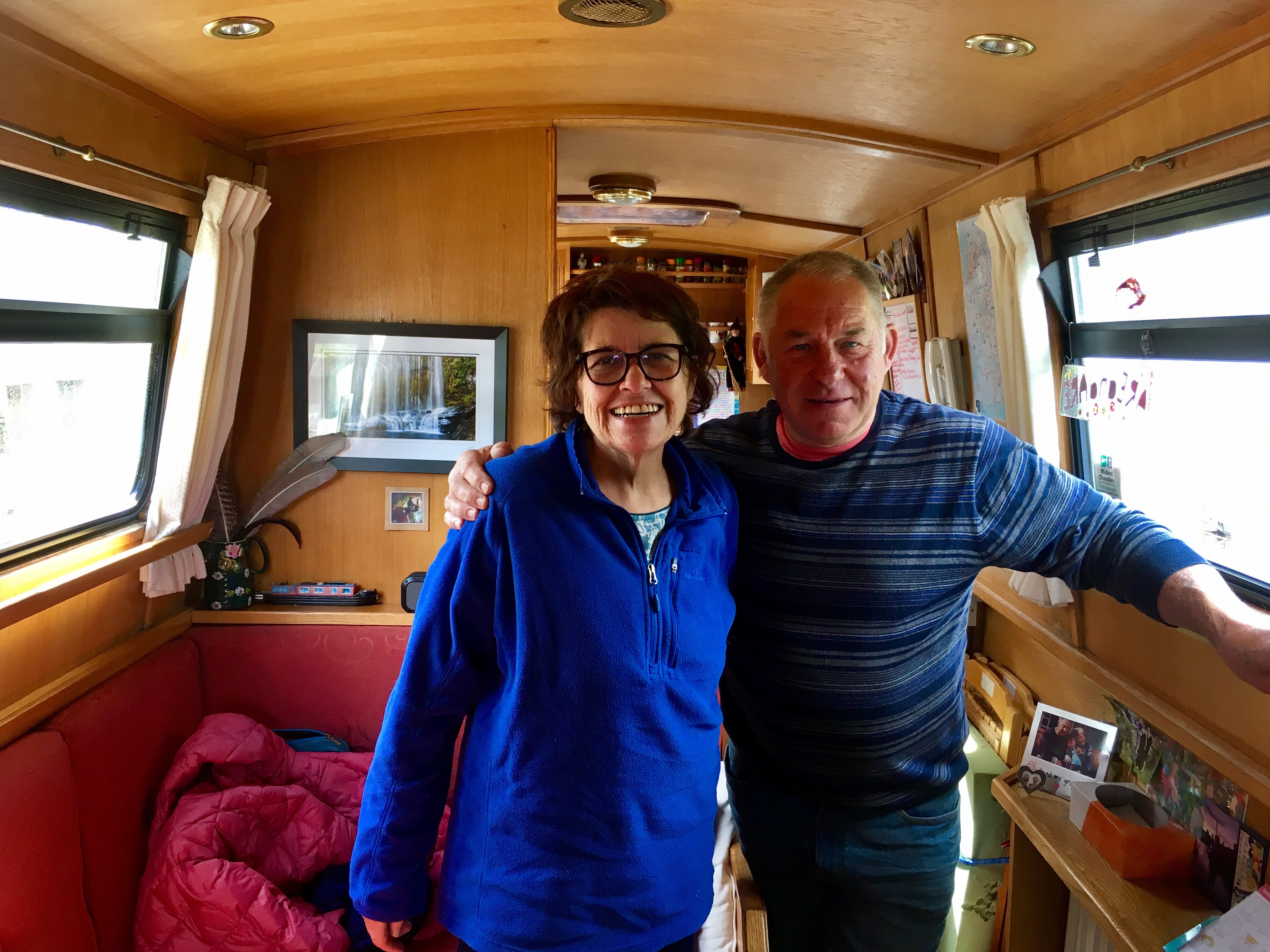 Dawn arrives on board in Worcester on Tuesday 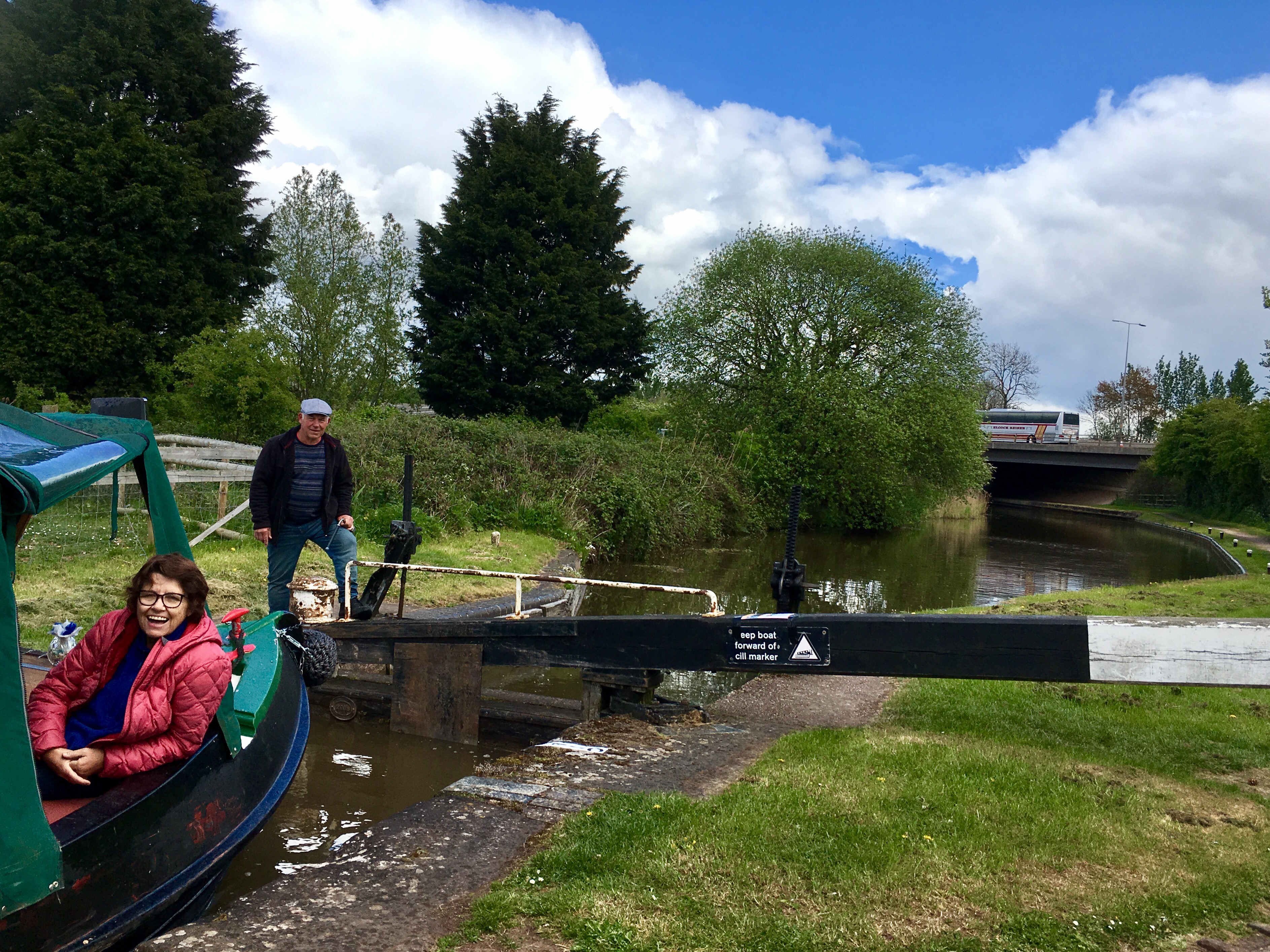 Dawn and Barry on the Worcester Birmingham canal, approaching the M5 bridge – quite a stark contrast of ways to travel 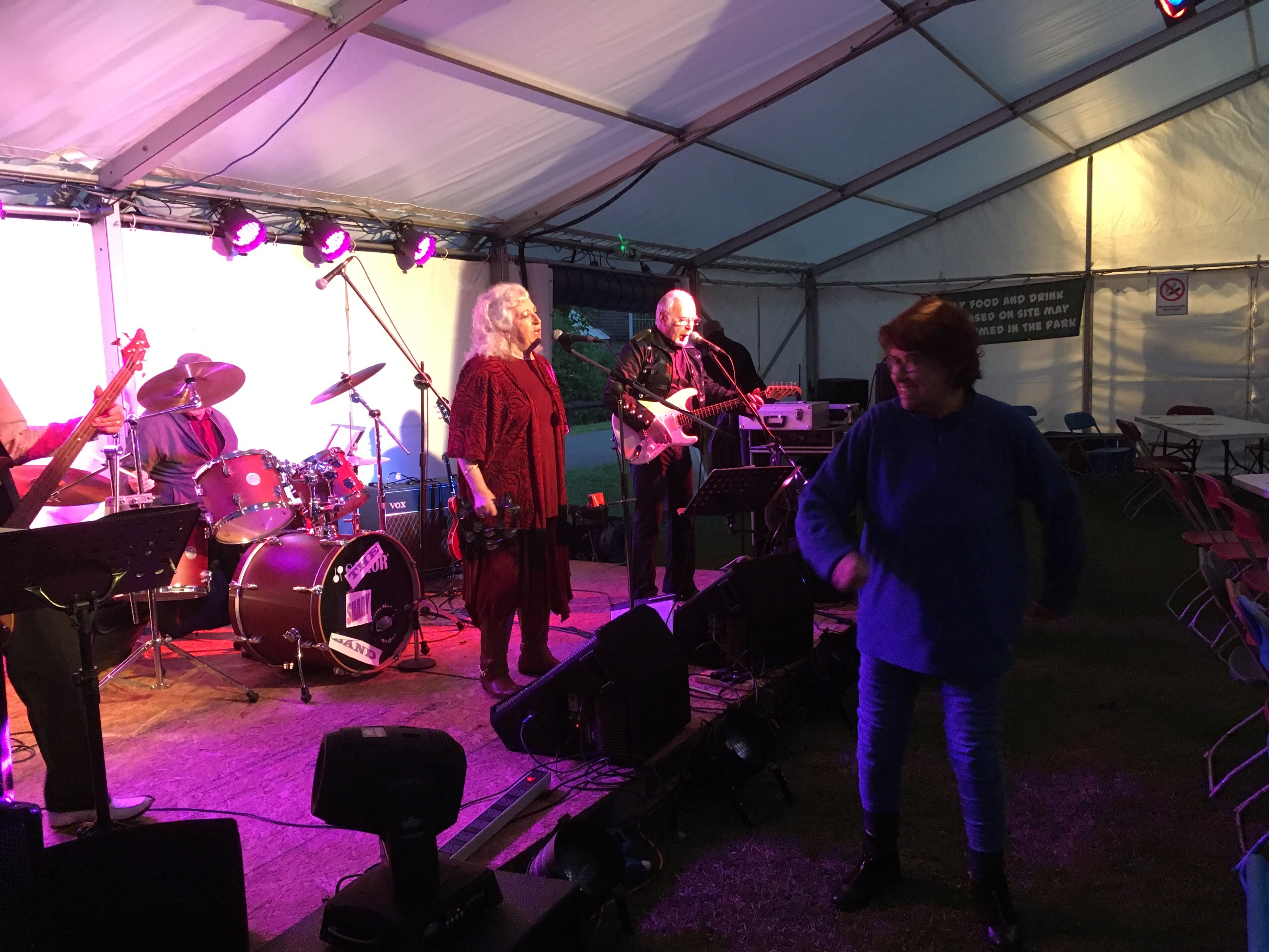 Dawn’s got her dancing shoes on

2 thoughts on “Delighted to return to Droitwich”