Two years ago I spent many hours writing and researching a page for this site called ‘The costs of living on a narrowboat‘. We’d frequently been asked if it’s ‘cheaper’ than living on land.

In reality there’s no simple answer.

Apart from “It depends …”

I did say I’d keep the page updated, and have to admit to being a little tardy – I hadn’t! Until I was recently contacted by a Communications Officer, at TV Licensing about the information on said page, suggesting I’d missed out purchasing a TV licence as an outgoing.

Many liveaboards have no fixed abode.

She suggests that having no postcode should not preclude anyone from buying a TV licence.

I’m not sure that it’s so simple to get one without inputting a postcode of some sort, somewhere.

It seems that the number of folks feeling that a floating life is a preferable alternative than one on land is increasing exponentially. So in order to be accurate, and keep any readers up to date with (mostly) OUR costs living aboard Areandare, I’ve added the information in and opened it up to the boating community via ‘Canal Market Place’ (a group with almost 8,000 members) for their perusal and discussion.

It may open up a can of worms.

The Gloucester and Sharpness Canal

Meanwhile, we’ve been enjoying the peacefulness of this delightful canal for the past couple of weeks. Actually Barry has! I returned to the boat late on Thursday, after eight days away supporting mum, doing my first Funtastic Facepainting event of 2017 (I’ve even got a new website and blog just for this business at long last!), and spending a few days with my daughter who’s currently in Brighton following knee surgery. 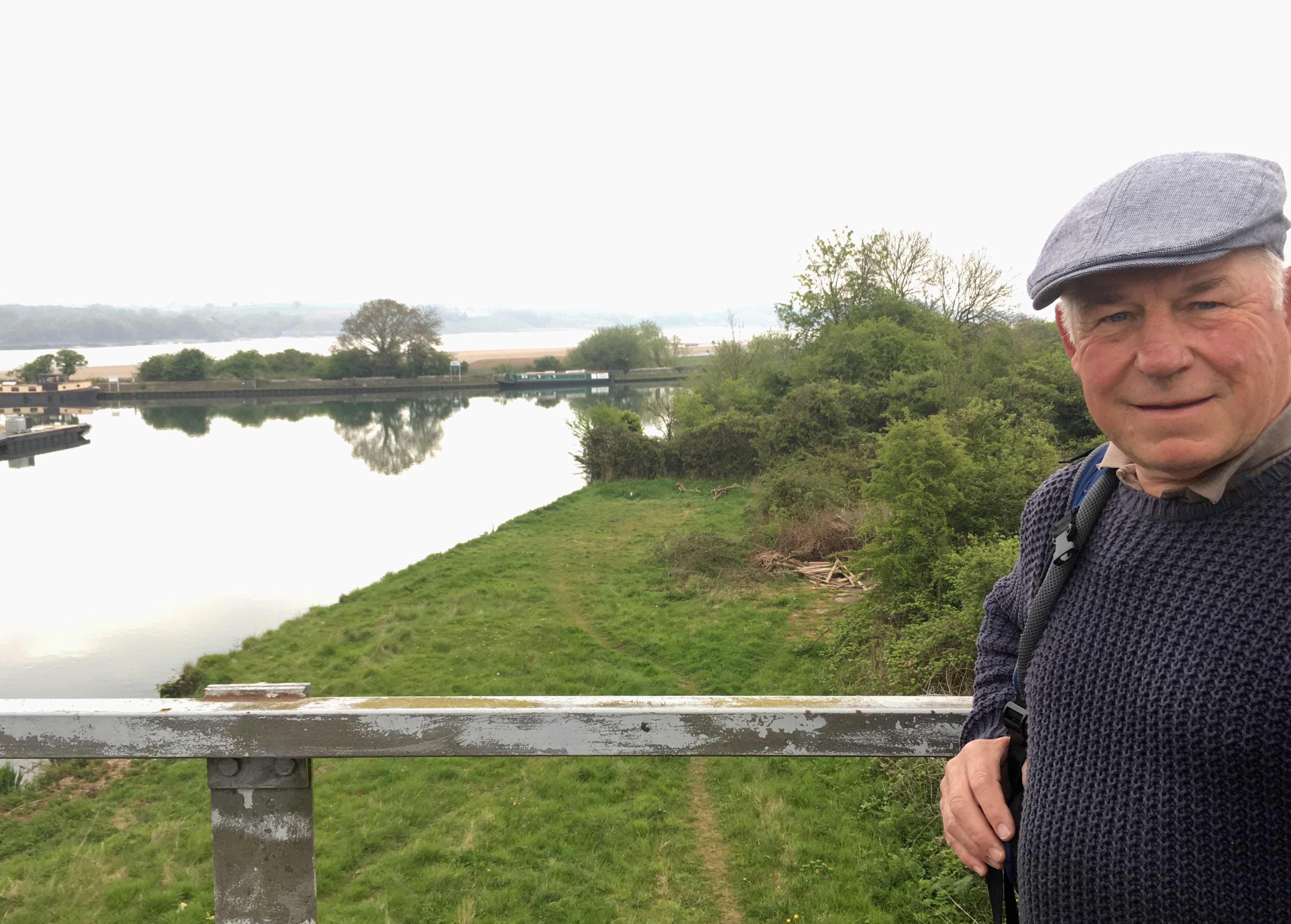 Barry at Sharpness, after meeting me off the bus at ‘Hinton Turn’ – Areandare is moored in the distance

Ryan, the Swan Whisperer (follow him on Twitter) got in contact via The Home Brew Boat Facebook page and asked if we’d seen any nesting swans on our travels. Actually five from Sharpness to Gloucester that we could see which is fabulous.

If you spot any of these magnificent birds sitting on a nest on your travels, do Tweet him (@Swanwhisperer) to let him know so he can add them to his register.

Last days (for now) in Gloucester

We arrived back at Gloucester Quays at lunchtime and will be here probably until Monday morning when we’ll be heading back up (or is it down, I’m never quite sure!) the River Severn towards Worcester where we’re meeting a kiwi friend. She’s on a European journey and is coming to stay with us until Sunday – lots of fun to be had! 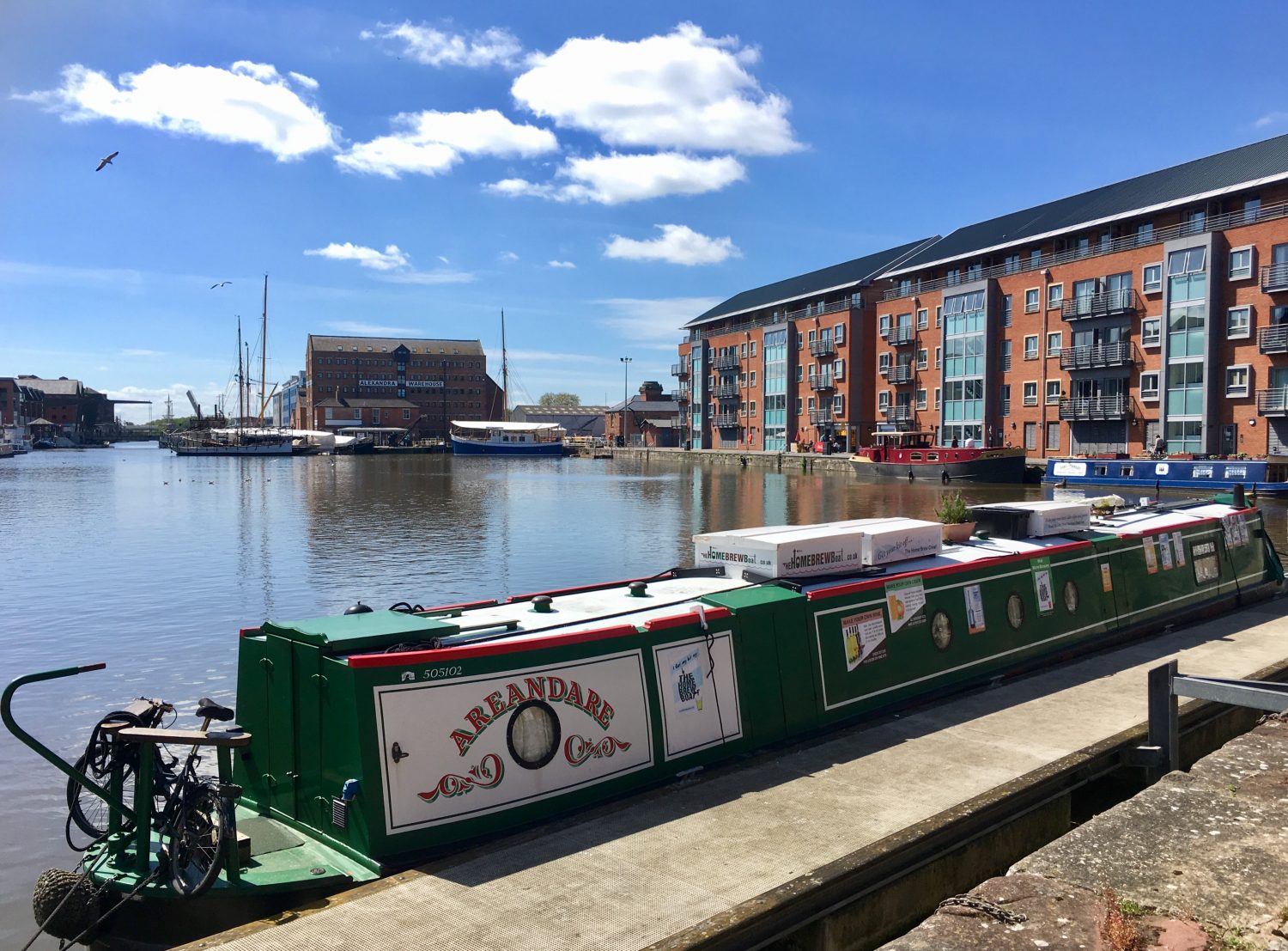 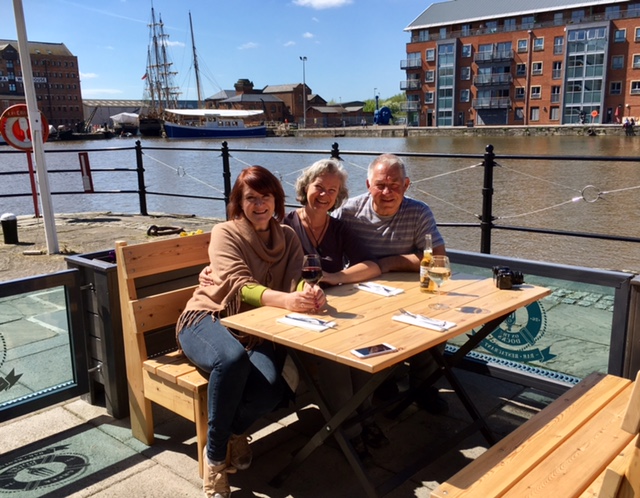 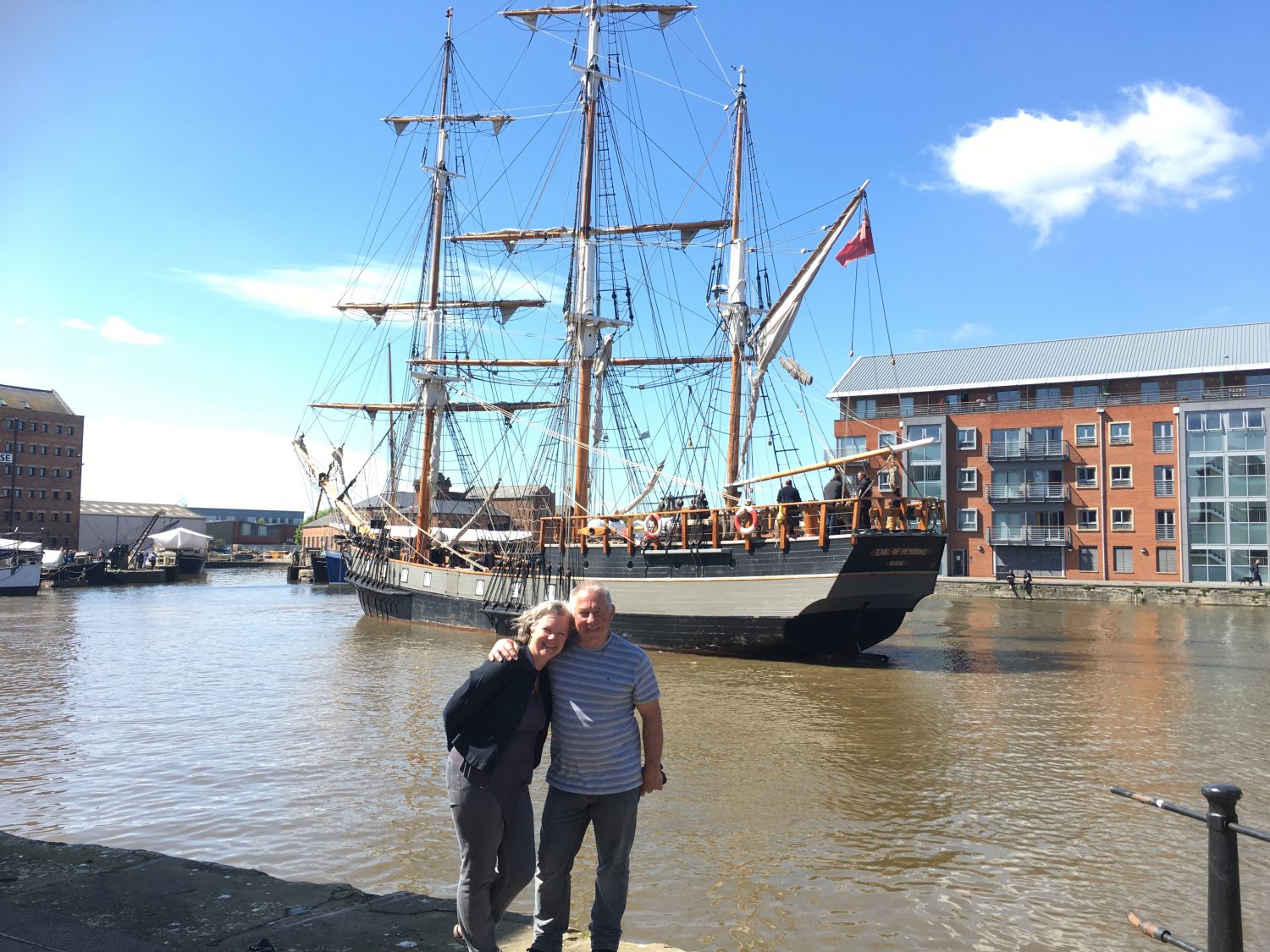 A rare snap of Barry and I together – thank you Louise!

Next weekend it’s our first scheduled trading event of 2017. It’ll be our fourth time trading at St Richard’s Festival, at Vines Park in Droitwich, and we’re so looking forward to it. Such a wonderful weekend every time, both for our businesses and for catching up with our narrow boaters and relishing the entertainment (and maybe the beer tent!).

3 thoughts on “So how much DOES it cost to live on a narrowboat? ”