It’s been a while since I’ve written – apologies for my/our absence on the blog.

To be perfectly honest, I’ve been avoiding writing a post – things went a little awry recently, and it’s taken me a couple of weeks to work through the fog and begin to see things clearly again …

Life consistently brings twists, turns, and unexpected challenges to us all. It’s the meaning we take from these, and the changes in direction we choose, that makes a difference to our future.

I’m aware I’m waffling a little, as I consider the words to publish as an update.

So, since the previous post on 23rd September (4 weeks ago today), we’ve traded at Parkhead Canal Festival. Barry missed the Saturday night entertainment as he was helping Tony and Julie to set up the Calendar Club store at Merry Hill until the early hours, so his weekend was incredibly tiring. On the Sunday of the festival I literally whooped with glee at a surprise visit from Gav and Helen, good friends who lived for many years in Gisborne and recently returned to UK for family reasons. 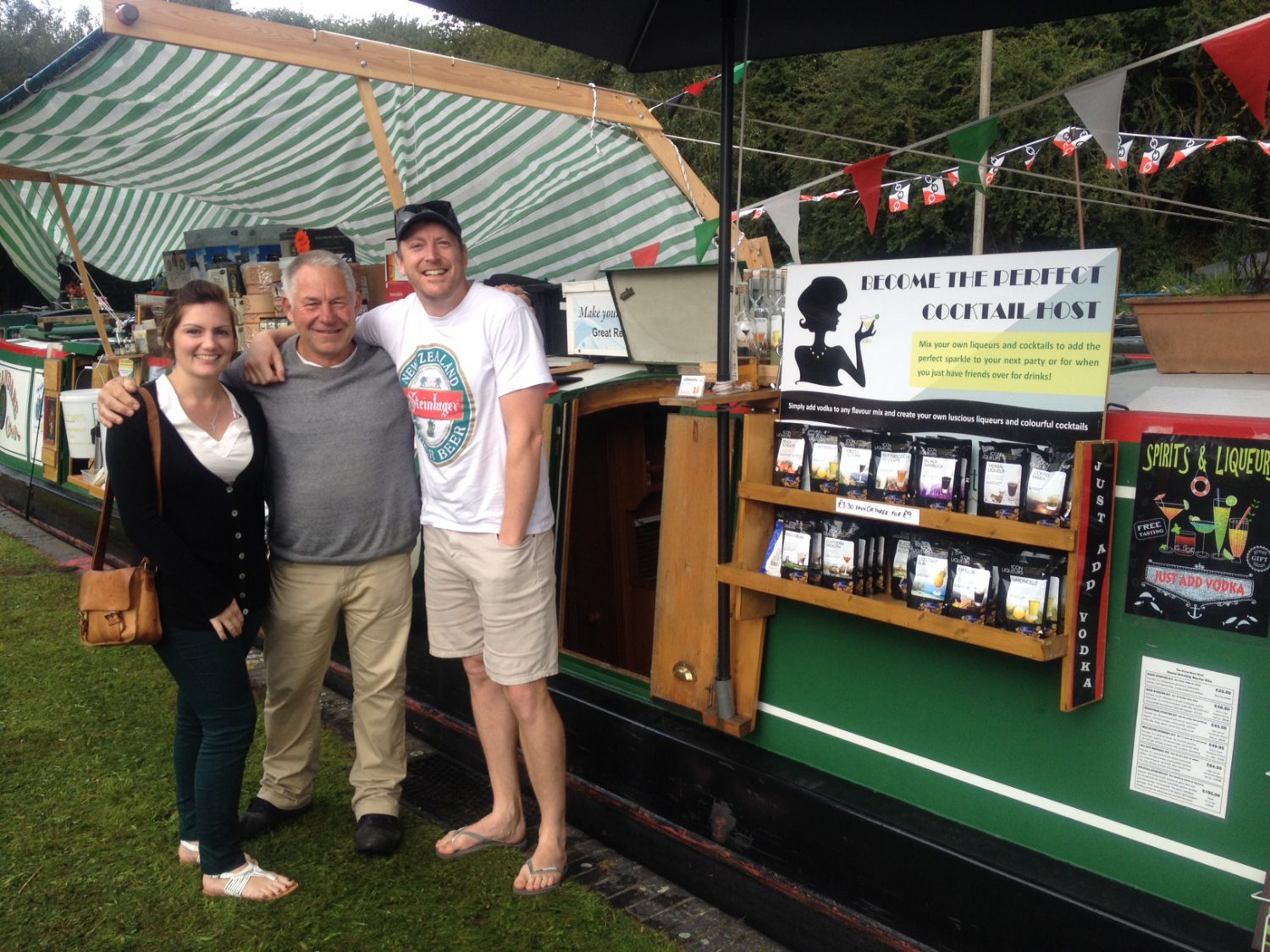 Amazing to see you both – come back soon!

The following week we celebrated our 7th (UK) wedding anniversary, and my 57th birthday, as well as Barry’s first shifts working for Julie and Tony and their Calendar Club shop, and I relished three days at the UK Face and Body Art Convention staying in the luxury of the Copthorne Hotel at Merry Hill (something I’ve been paying monthly to cover for almost two years!). 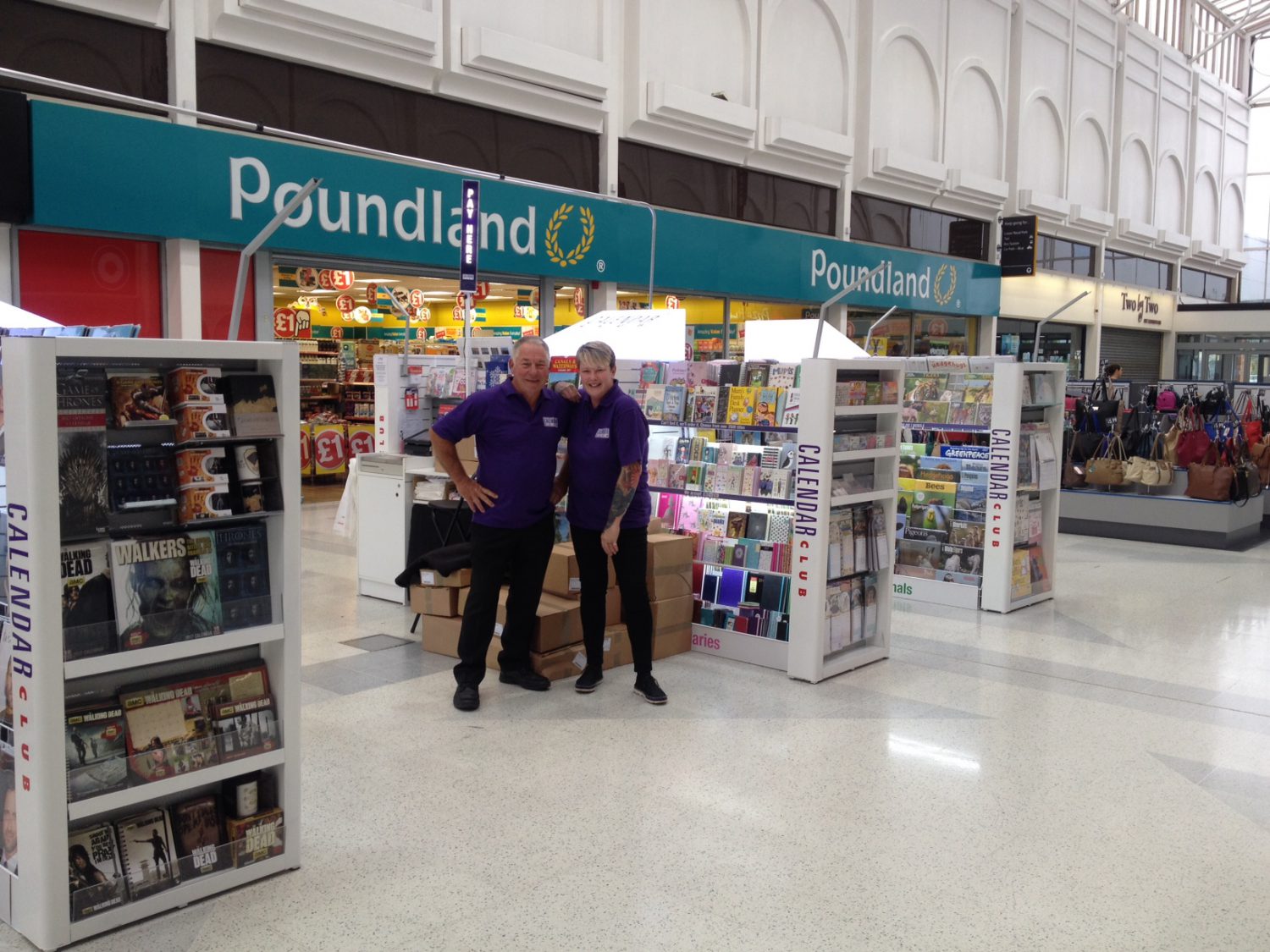 Barry and Julie at the Calendar Club, Merry Hill (the downstairs one, by the bus stop!) 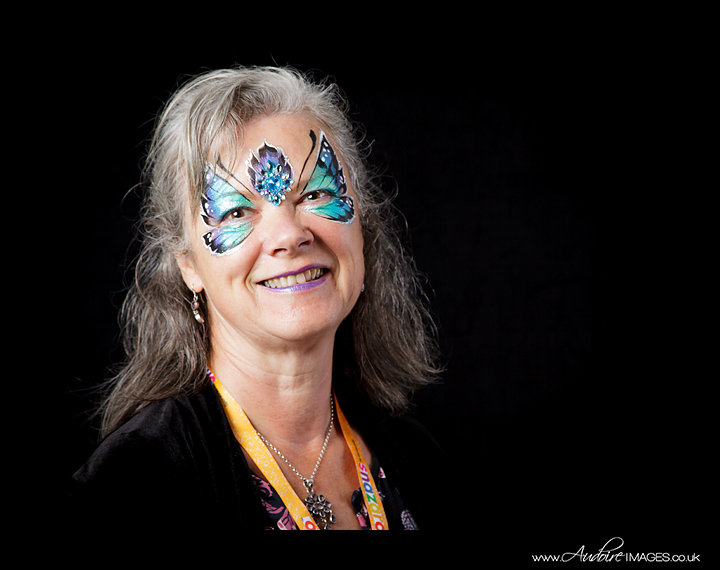 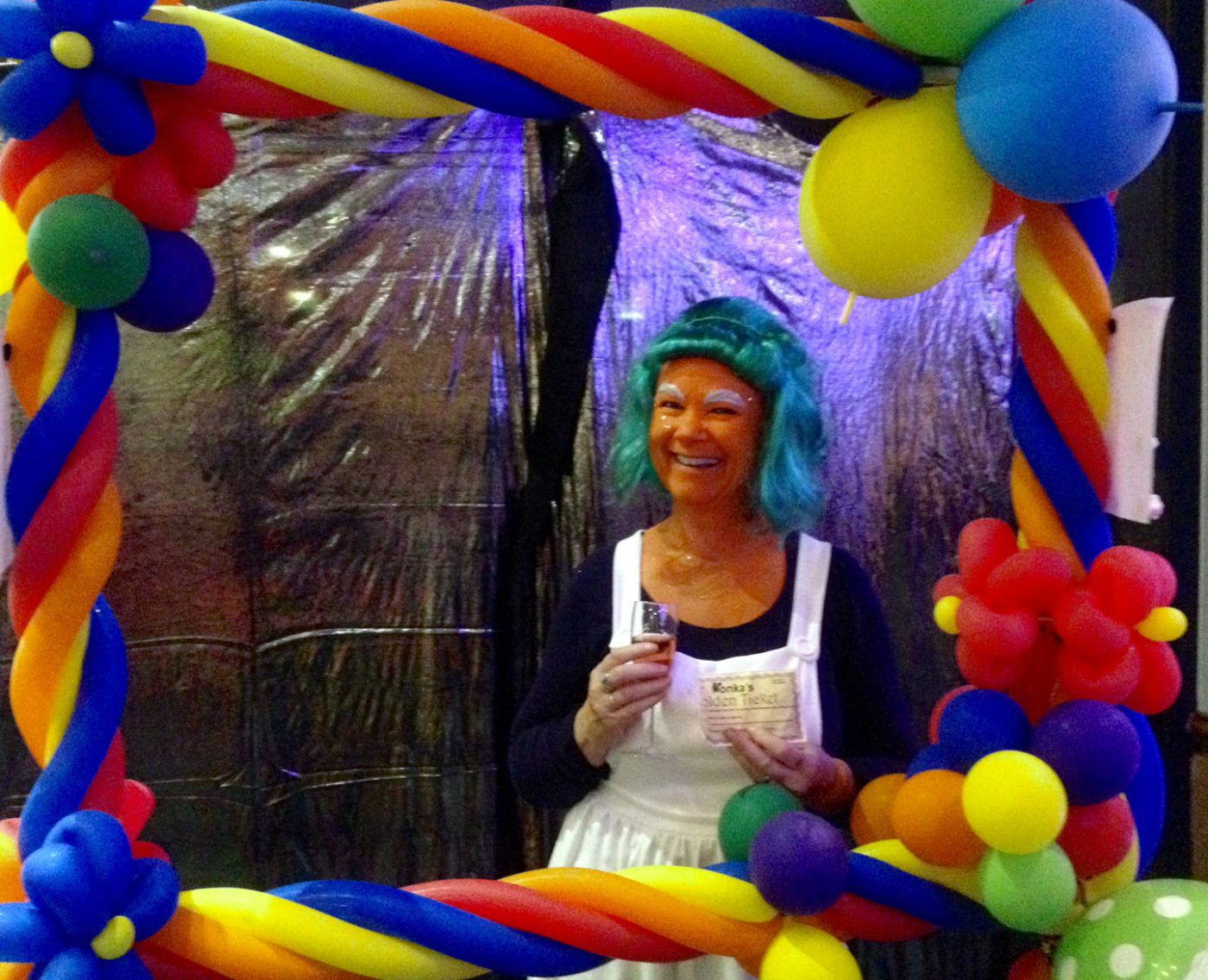 A regrettable and distressing change of direction

Onto the rather difficult bit …

My return to Midwifery wasn’t a success for a variety of reasons.

The NHS, and midwifery practice, has changed beyond recognition for me since I last worked clinically in UK – ironically as the ‘Recruitment and Retention’ midwifery lead at a large London teaching hospital, followed by the ‘National Midwifery Recruitment and Retention Lead’ for England May 2003 to December 2004, a post funded by the Department of Health. My main focus, coincidentally, was on ‘streamlining’ the Return to Practice Journey (RtP) for midwives – and raising the profile of midwifery.

Cathy Warwick, Chief Executive of The Royal College of Midwives (RCM) stated in a recent survey that followed up a 2002 report ‘Why do Midwives Leave’:

“Maternity services are performing as well as they are on the backs of the selfless dedication of midwives and other maternity staff, and their capacity to go that extra mile for mothers and babies, day after day. However, this shows that many cannot fight that battle any longer.”

I can’t begin to describe how disappointed and affected I’ve been by my unsuccessful RtP in midwifery journey.

Out of respect to all the dedicated people doing the best they can with what they have (and what’s been taken away from them or added exponentially to their workload), I will not be detailing my challenges here. Suffice it to say, if you read the RCM report, especially the quotes from midwives, I can testify to many of their words.

I’m hoping, in some small way, to use my previous and recent experience to highlight what’s happening and raise awareness of the challenges the midwifery profession in UK is facing – I just haven’t worked out how yet! Or I may just feel thankful for the life we live and get over it gracefully …

It goes without saying that having lived aboard our narrowboat since April 2013, my perception of what’s ‘normal’ is vastly different to the normal of midwives who have been working in the NHS for many years. I guess I also didn’t account for that sufficiently.

There’s an amazing amount of excellent midwifery care and services in this country, and I have absolutely no wish to discredit that or anyone. However I’m aware many units struggle with an increasing number of births (per se, plus the amalgamation of units) and the shortage of midwives, alongside the increasing culture of blame and defensiveness (“watch your back“, “tick the box“) that’s endemic here from what I learned during my recent short journey.

I’m extremely thankful that I’ve made decisions in my life that enable me the choice to walk away – I gave my all to the profession for 25 years, and know I made a difference to hundreds of women’s experiences of pregnancy and childbirth, which for me now is enough …

Changing the subject completely brings me to Barry’s seasonal job with The Calendar Club, working for our lovely new friends Julie and Tony.

It’s by no means the most thrilling work, entailing standing for long hours (which with Barry’s wide feet and dislike of wearing shoes causes him some discomfort), but it’s a job without the dramas and never ending rules and regulations of most places of employment. He’ll be commuting (he says he hasn’t commuted to work since his trip to UK in 1976 with his mate Keith, and they worked in London at a leather warehouse!) to Merry Hill three days a week until 4th January 2017.

Having found myself without my planned commitment until January, I’m going to be doing some shifts for the Club too – at Merry Hill, and also in Tamworth at Ankerside Shopping Centre where another boater has a pop-up shop (Sandra Willis from The Doggie Boat). 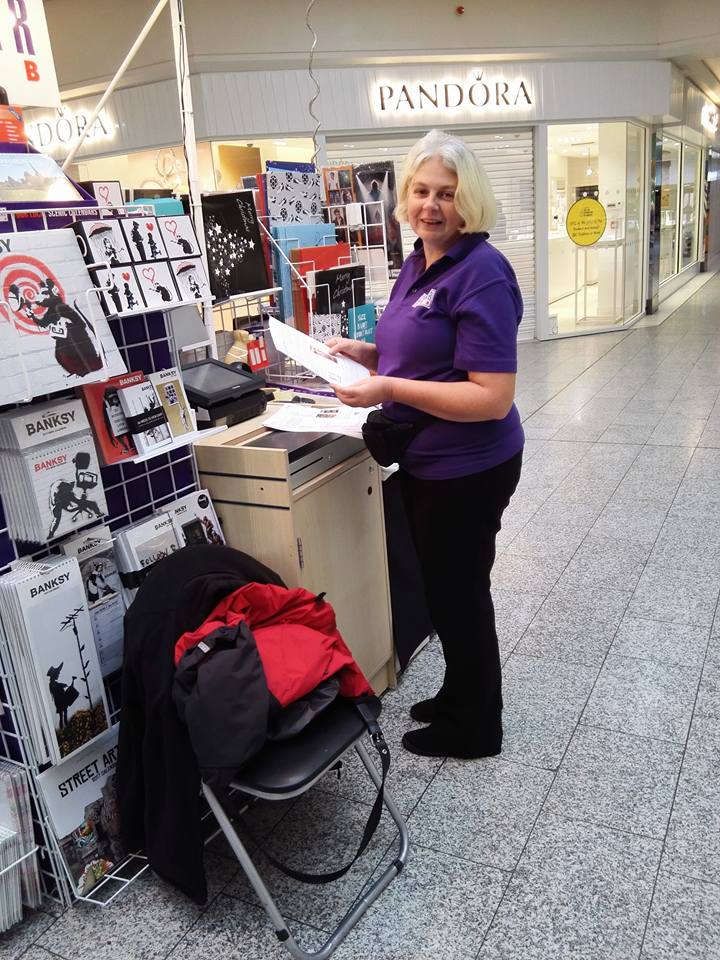 Barry and I will both be working Christmas Eve and Boxing Day, so Christmas will be a little subdued this year …

I’ve also got a big weekend facepainting 2nd to 4th December at The Christmas Shopping Show, Three Counties Showgrounds in Malvern to look forward to – and possibly a couple of facepainting parties in between times.

I’ll be promoting The Home Brew Boat more on Social Media too, now I have unexpected time on my hands – the more online sales the better – and Barry will be trading in Birmingham from 10th to 18th December at the Roving Canal Traders Association Floating Christmas Market. I’ll be covering five of his Calendar Club shifts that week.

So we’ll get by, and still have lots of flexibility to be together and for me to spend time with my precious UK family. With the wonderful bonus of a month in New Zealand in March 2017 to look forward to – connecting with family and friends there too.

Awesome! Life is good, we have choices, we’re happy and healthy.

17 thoughts on “A time of interesting journeys”