We had a second brilliant weekend at the Blisworth Canal Festival last weekend. The people of the village and surrounding areas, who arrive in their throngs, are extremely friendly and jovial.

It didn’t begin too well when Barry and I took my gazebo to the festival field to erect it on the Friday evening. The wind was howling and it was soon obvious that putting it up would be a challenge, never mind leaving it overnight without it blowing away!

So we returned on Saturday morning. To a similar problem. There were tears of stress as I saw that in the position I’d been given (which ordinarily would be perfectly fine as it was right where everyone could see me), there was literally a gale driving up the field and threatening to destroy the gazebo whilst I was painting someone’s face. Memories of the conditions in Bugsworth Basin at Easter resurfaced …

Barry, being the calm, grounded kiwi half of our partnership, suggested we ask the organisers if it would be okay to change my pitch to one adjacent to the Blisworth Canal Partnership stand, so we had some shelter. Thankfully this was agreed to and was much more sheltered.

It helped too that Barry pegged down the sides so they didn’t come loose as they occasionally have in the past when the wind has been strong.

Once we’d found a solution, the rest of the weekend went smoothly. I’d invested in a couple of new things to help to keep the queue moving better, and they worked (I still had a queue from 12 till 5.30pm each day, but it moved faster and I didn’t hear any arguments!). I’d also put a sign asking people to share photos on my Facebook page, as I hardly ever take shots to save time. Eight pictures were generously posted – I was very touched that people loved their facepainting so much. It’s truly humbling to be feel I’ve brought happiness to people and brightened their day. 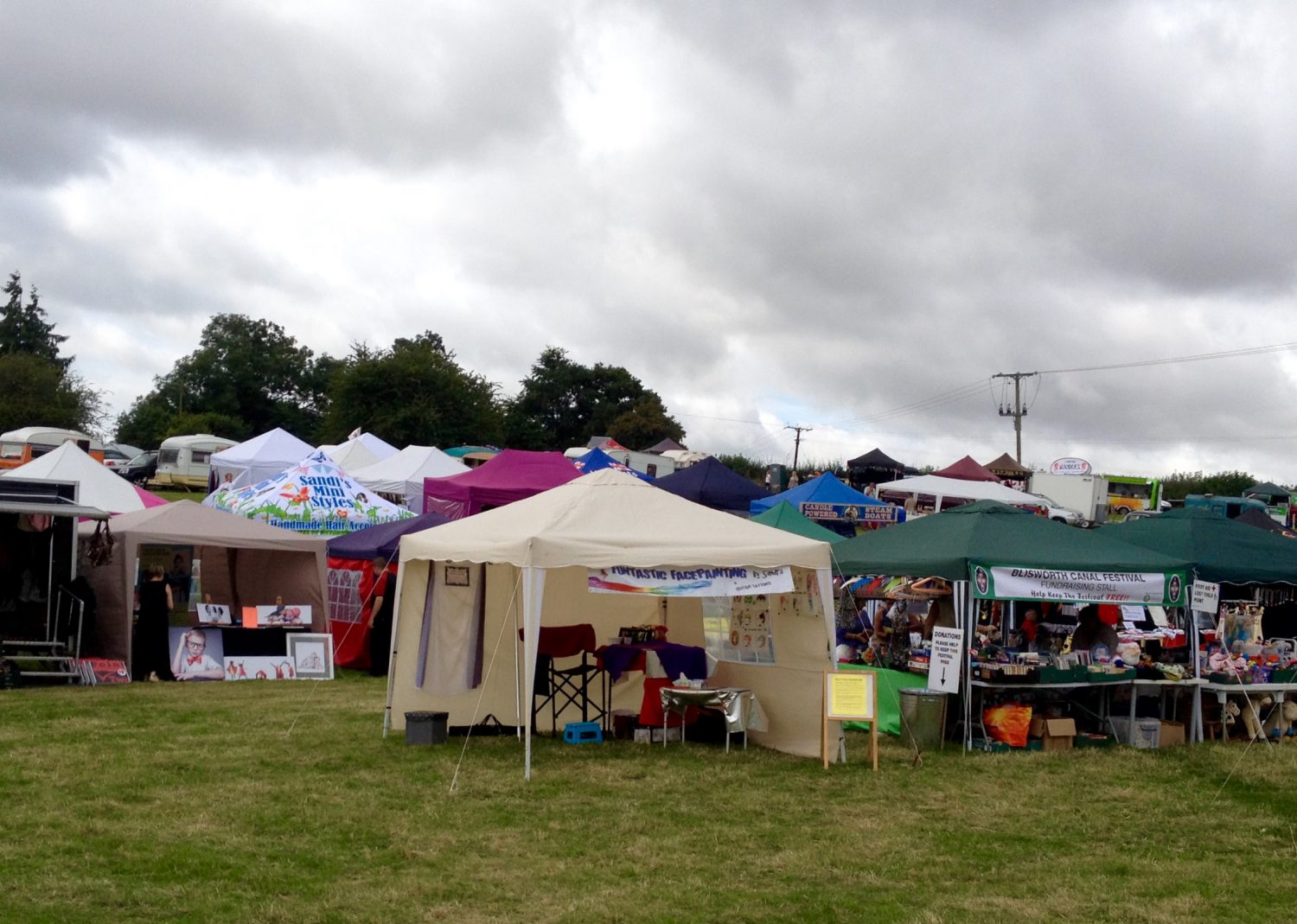 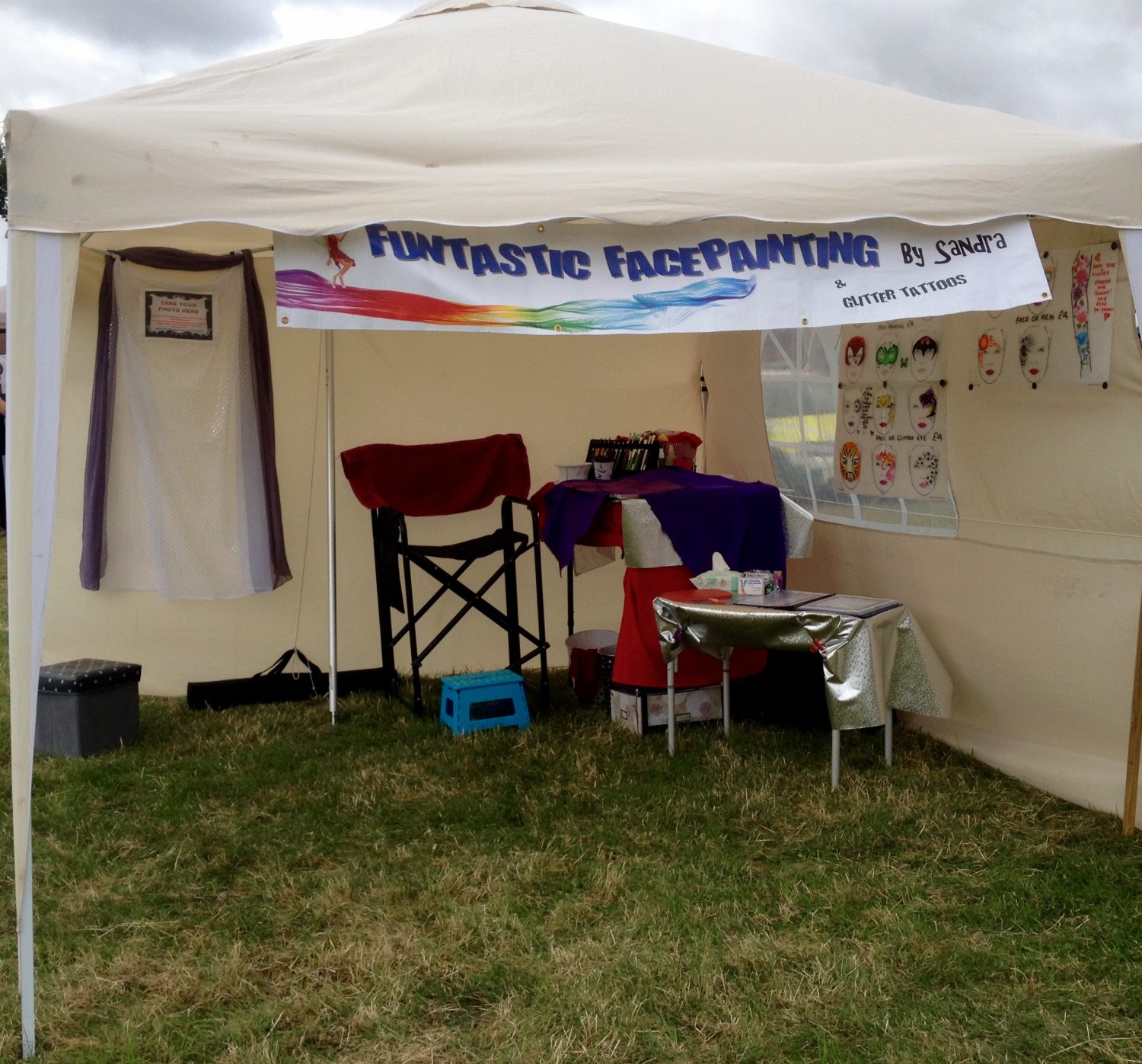 With my new ‘Take a Photo Here’ section

Barry also had a busy weekend, though he talked so much to people about Home Brewing that he lost his voice by Sunday evening! The house that backed onto the canal, where we were moored, had a large gathering on the Saturday evening. Apparently they do this each year. When I returned to the boat laden with facepainting things on Sunday, there were two plates of BBQ food covered in foil, that the generous, lovely people from the house had gifted to us.

As is normal at these festivals, live music, a bar, and some food was available Friday through to Sunday evening, but by the time we’d tidied and cleaned up our respective businesses for the day, it was gone 7pm and all the food was gone. Even without that knowledge I’d chosen some quick and easy food to cook when I got a Tescos on-line delivery to the nearby bridge on Thursday afternoon. How fantastic is that, even though we hadn’t been able to get to a supermarket for days and weren’t likely to, we could get provisions delivered to us? Thank you to Sue and her amazingly informative and popular No Problem Blog, for the helpful advice. It’s the first time we’ve remembered such a thing is possible wherever we are …

You can maybe get a feel for how enthusiastically everyone in Blisworth embraces the canal and its history, supporting their annual festival, and are so open to boaters and traders. It’s so wonderful to see and experience – thank you Blisworth.

One of our good trading friends, who runs ‘The Doggie Boat‘, had a bit of bother with her engine over the weekend. She needed to get to Birmingham by the weekend for an important social event. As she’s a solo boater, and we were heading in the same direction, we said we’d travel with her, in case she needed any help along the way.

It’s only a short distance by car, probably an hour or so (albeit dependant on the amount traffic and roadworks). By narrowboat though, with the hills and valleys along the way, it’s a different story.

From Monday to Thursday we travelled around nine hours each day, with more locks than I care to count! I’ve consulted with The Captain, and it seems that all in all we’ve voyaged 63 miles, worked 79 locks, and three drawbridges.

It’s certainly not what we’re used to – but it does mean we arrived in the second city by Friday evening, so Barry can trade over the weekend, and I can hop onto a train to mum’s from Saturday to Monday. I’ve had a midwifery text-book delivered there that I want to read before my course, and I’ve got a tooth problem so I’ve got a dentist appointment on Monday. I also love spending time with mum while I have the chance.

It’s been the most glorious week weather-wise, blue skies, warmth and sunshine, and we’ve been in our summer clothes – quite a rare occurrence in UK this summer in particular. Lots of lovely folk have been excited to see The Home Brew Boat as we’ve driven by, and Barry made a few sales en route. It’s felt a little like a drive by Home Brew shop at times! 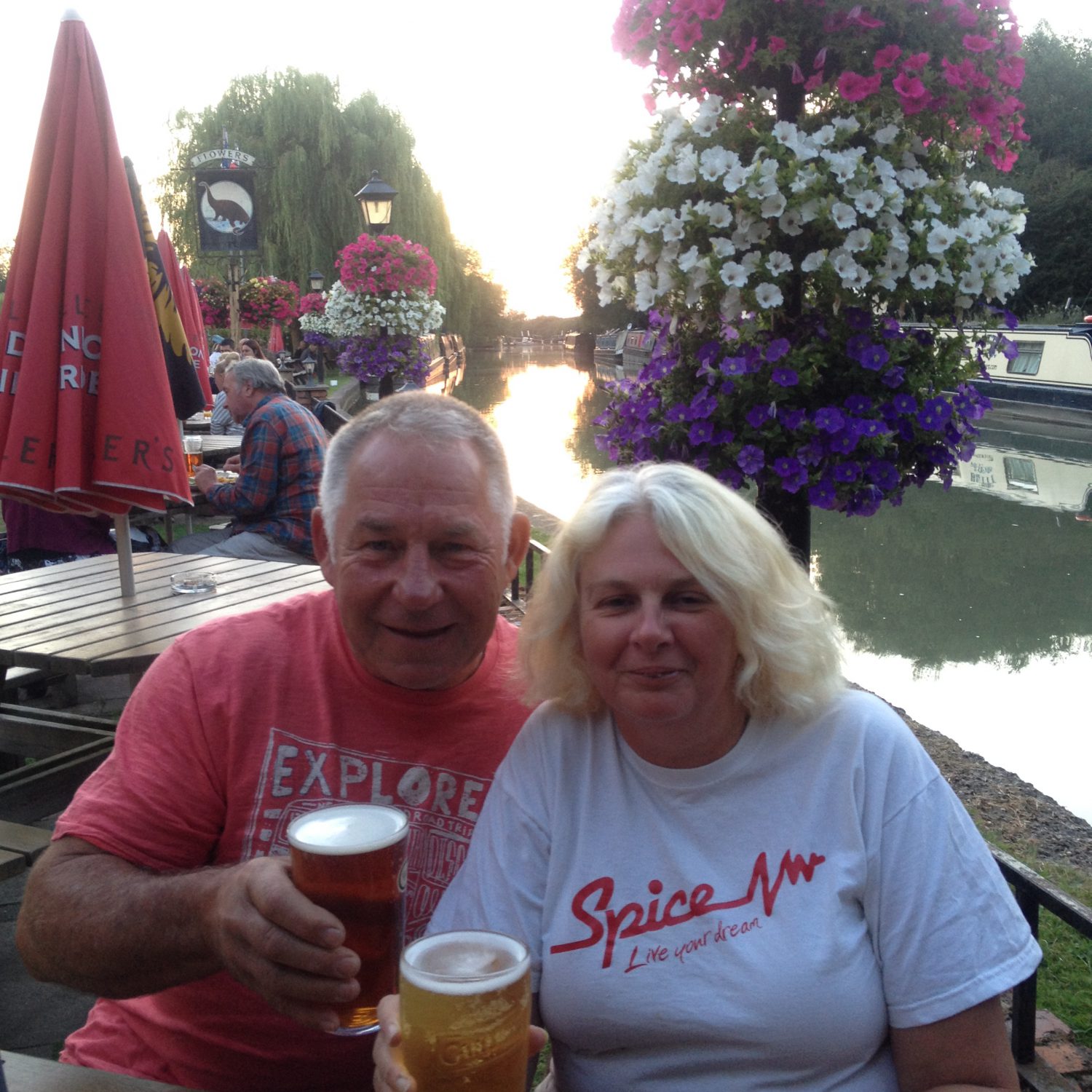 A summer’s evening at The Blue Lias 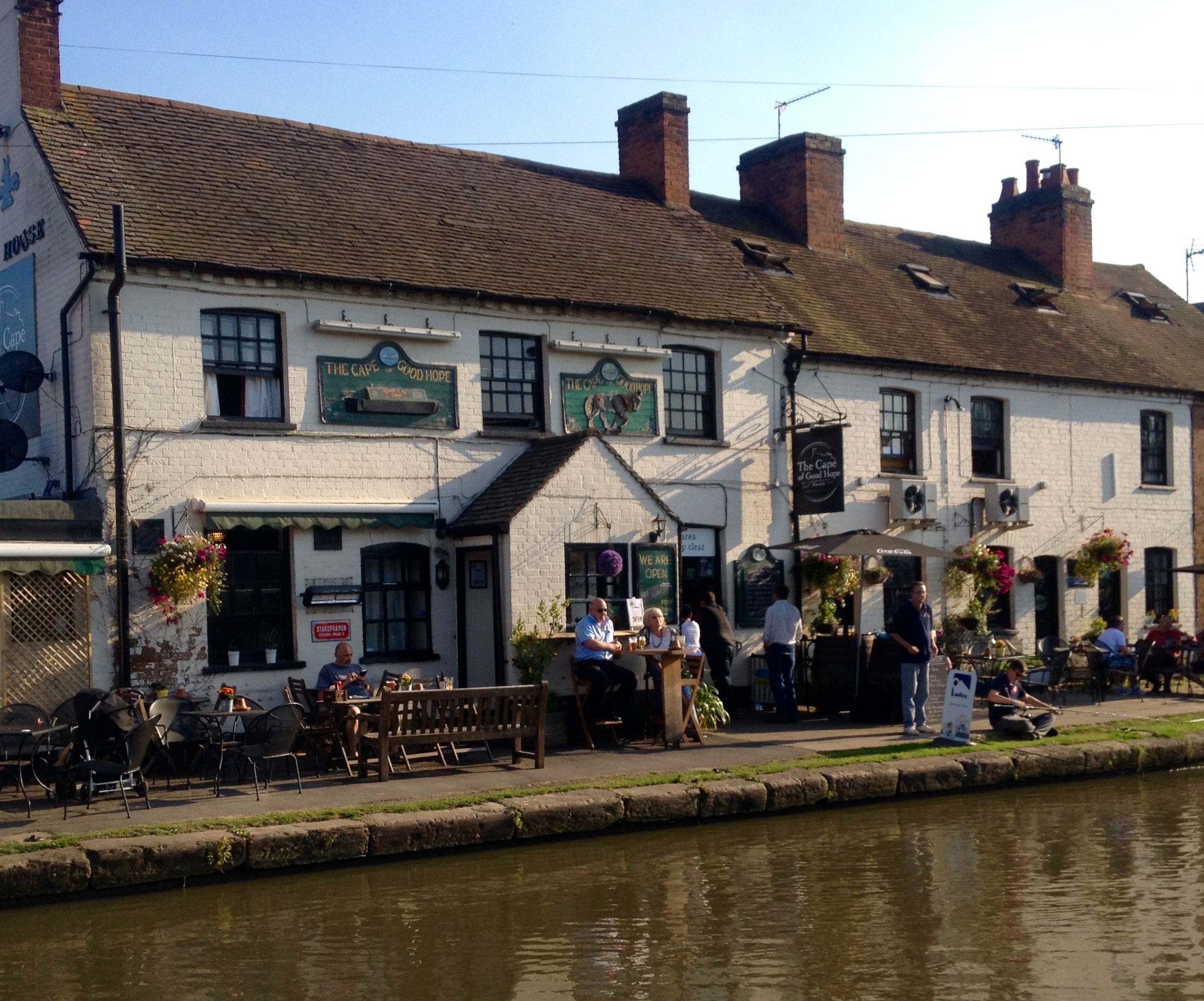 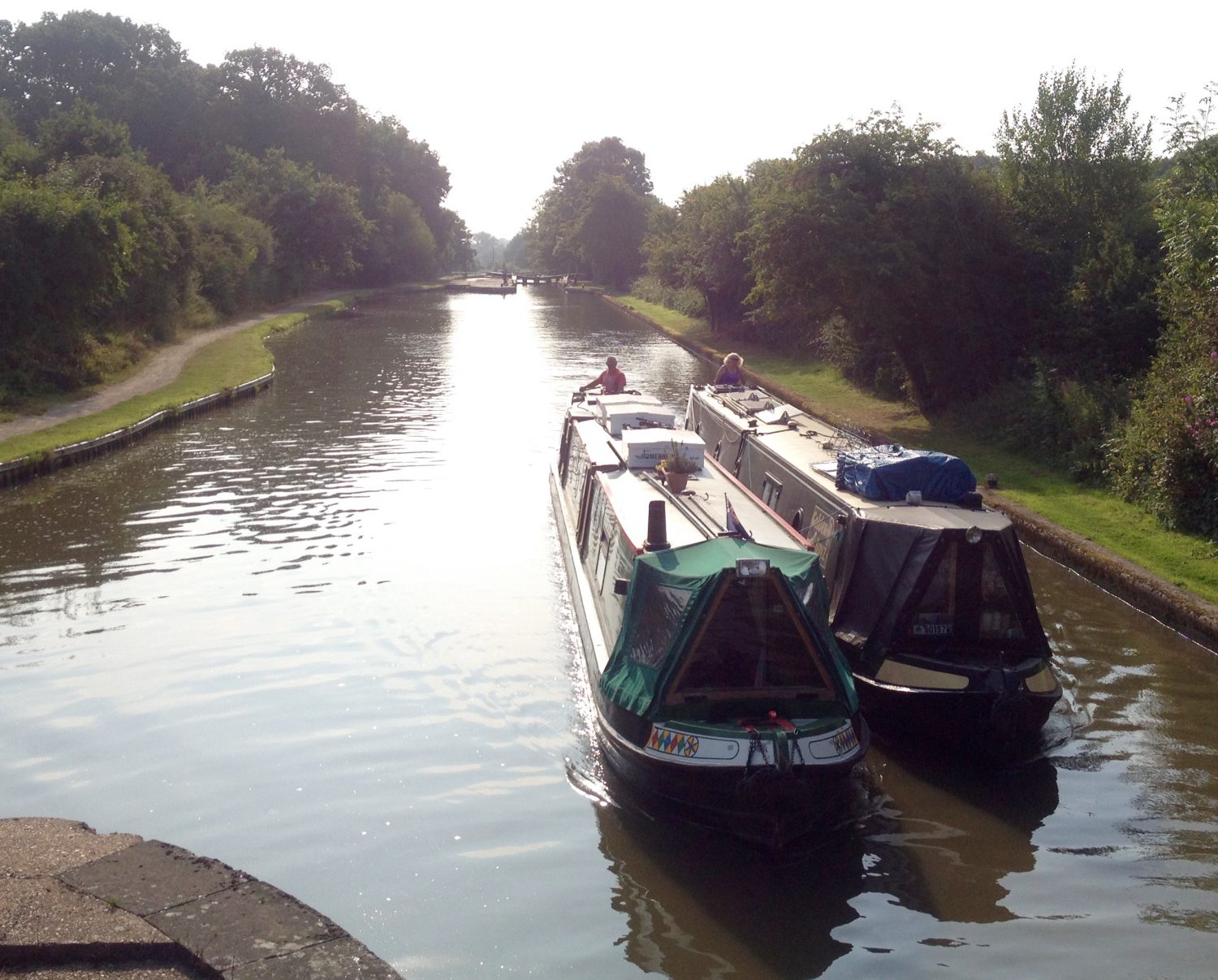 Ascending the Hatton Locks early in the morning 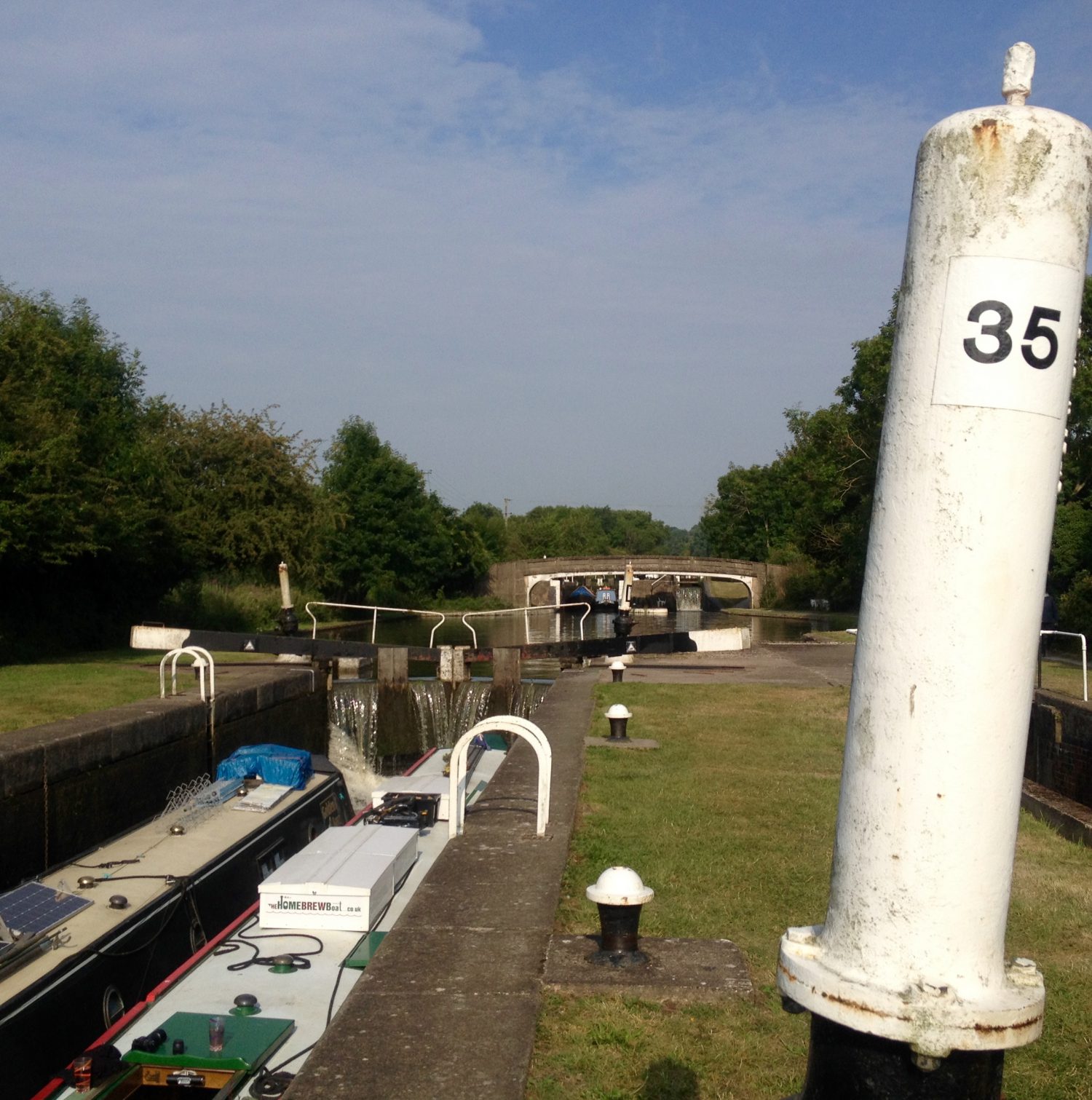 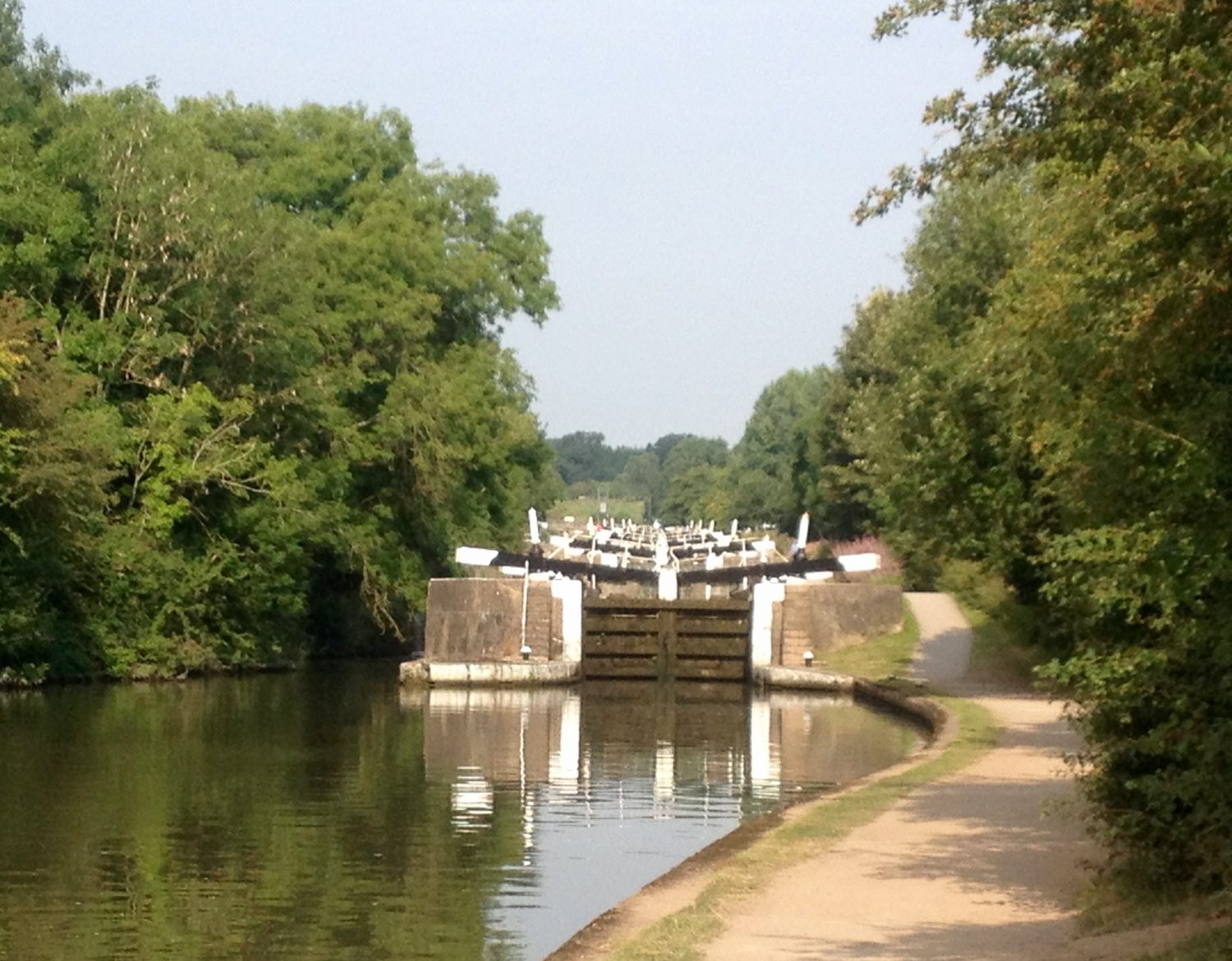 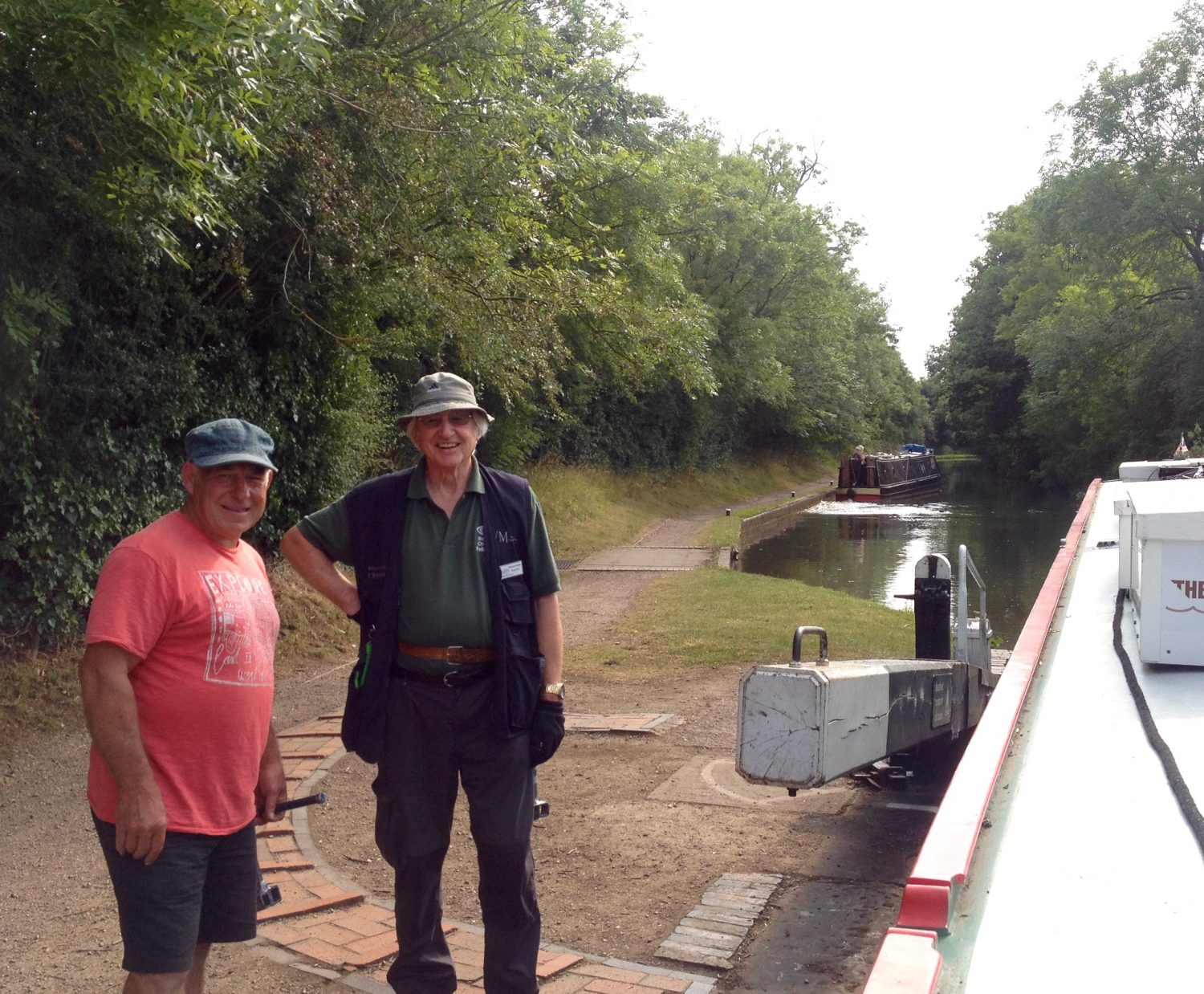 The fine weather unfortunately turned to custard yesterday, and Barry and Sandra got rather wet and cold on the remaining miles into Birmingham. Ah well, you take the rough with the smooth when you live and trade on the cut …

9 thoughts on “Blisworth to Birmingham with The Doggie Boat”