Not long after buying our first narrowboat, ‘Northern Pride’, we began blogging. I love to write, and of course Barry had been a professional photographer for 35 years. He re-kindled his previously lost passion, and saw it as a hobby. He returned to feeling like an excited young man, skipping around shooting images of the canals and places we visited along the way.

We’d spend hours most days writing the blog about our travels, for the people back in NZ, and also our family and friends in UK. We wanted to share our stories and show that many people CAN live their “someday I’ll …” lives.

We’ve lost count of how many people we’ve met since April 2009 who’ve exclaimed to us regretfully “Oh, I’d love to do what you’re doing, but …” We share a deep knowing, this smile inside, which sort of wants to scream at them “Then just flipping DO IT!”

Because most people CAN make the changes necessary to follow their dreams.

It means moving out of your comfort zone.

It means letting go of a lot of ‘stuff’ – mainly material goods, houses, cars, flash things. Also attachments to what we’ve been taught we ‘should‘ do with our life …

It means having an uncertain future, not clinging onto a job ‘just in case’.

It means not waiting until the stars are all lined up and everything’s perfect.

It means not waiting to LIVE until you reach that magical, made up by governments and people in authority age of ‘retirement’.

So many people will never have the courage or conviction to take the leap – The Fool’s journey in the tarot, which describes the archetypes we all relate to at different times of our lives.

Not long after starting our blog, Paul emailed. He lived in Manly, Sydney, with his beautiful wife Elaine. Paul shared his vision of selling up in Australia, moving back to UK with Elaine, buying a narrowboat and cruising the cut for a while.

Although they loved the Southern Hemisphere, Paul was drawn to the canals, and they both wanted to reconnect with their families here.

In 2010, on our way to and from our second six-month adventure, we planned a few days in Sydney. Barry’s younger brother Peter lives in Glebe, so we wanted to visit him and his daughters. We arranged to meet with Paul and Elaine too.

Elaine was hesitant about the narrow boating possibility, and we chatted to them both about how we’d found it. As I’d initially been sceptical too, when Barry first began his enthusiasm about life on the Inland Waterways, I resonated to Elaine and felt we were kindred souls.

Click here to read a post on our previous blog about the evening we spent with Paul and Elaine in 2010.

Despite a few hiccups, mostly to do with quarantine of one of their cats (they brought two cats and I think three dogs with them initially!), Paul and Elaine lived their dream and came to UK a year before we returned ‘for the foreseeable future’ in 2013.

They spent two years cruising the cut, and also wrote a blog which has hundreds of followers (Paul is a very amusing, clever and entertaining writer). They then sold the boat, bought a Motorhome and thoroughly enjoyed more travelling in UK and Europe.

The intention had been to then return down under. 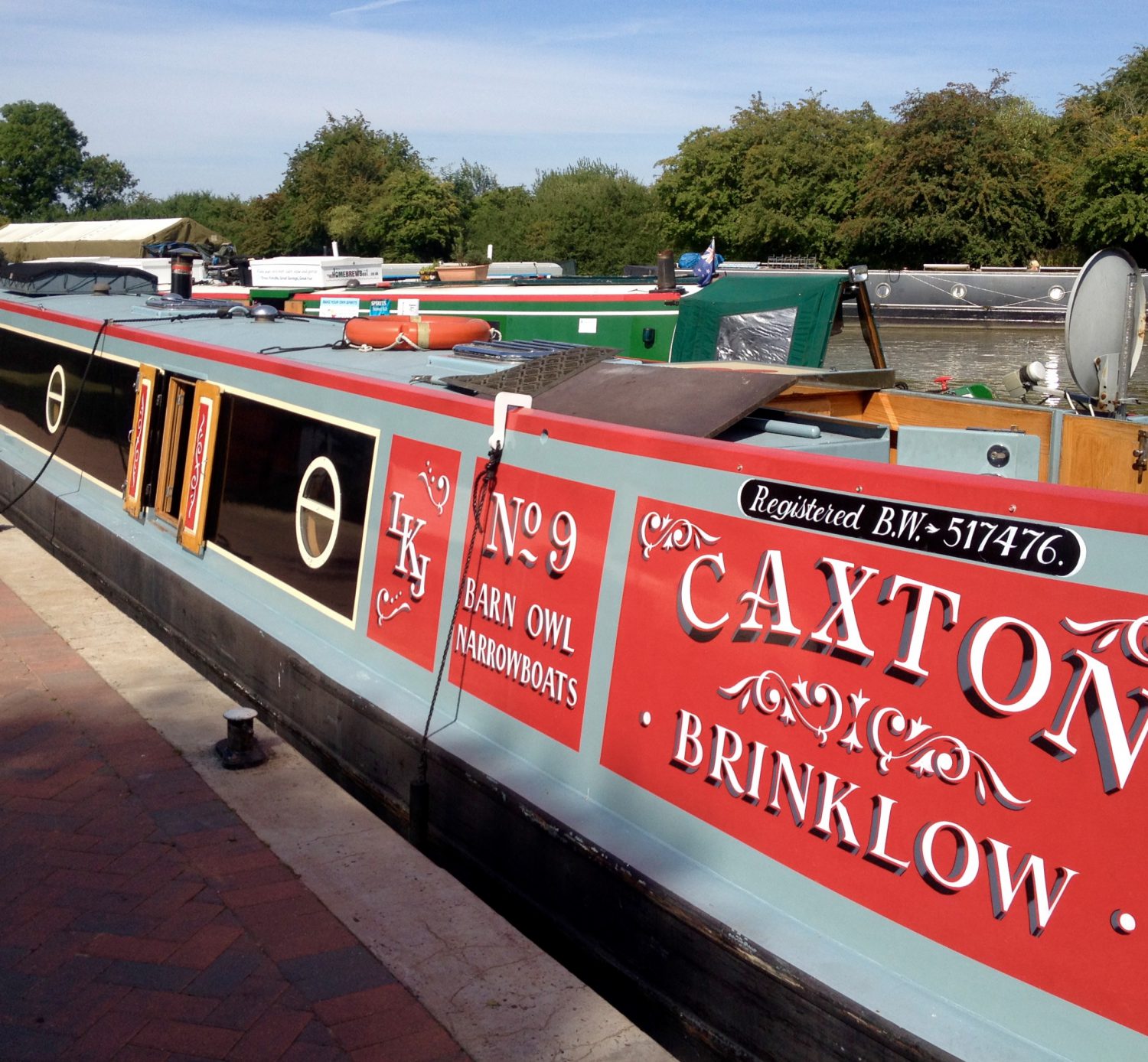 NB Caxton, Paul and Elaine’s narrowboat, now with new owners. We spotted it on our journey on Wednesday at Calcutt locks

Sadly, this was not to be. Elaine succumbed to Ovarian cancer a couple of years ago, and despite treatment and a positive and optimistic outlook, last night she passed peacefully away at a Hospice in Cheshire, with Paul by her side.

Oddly enough, we never actually met them on their boat, as we were on different canals all the time they were cruising. They did make the time to come and see us at Stone last year, and it was once again fabulous to see them. At that time they well knew Elaine’s  poor prognosis, had accepted the inevitable outcome, and despite this were determined to continue to live life to the full and not allow it to stop them being happy, loving life and following their dreams. 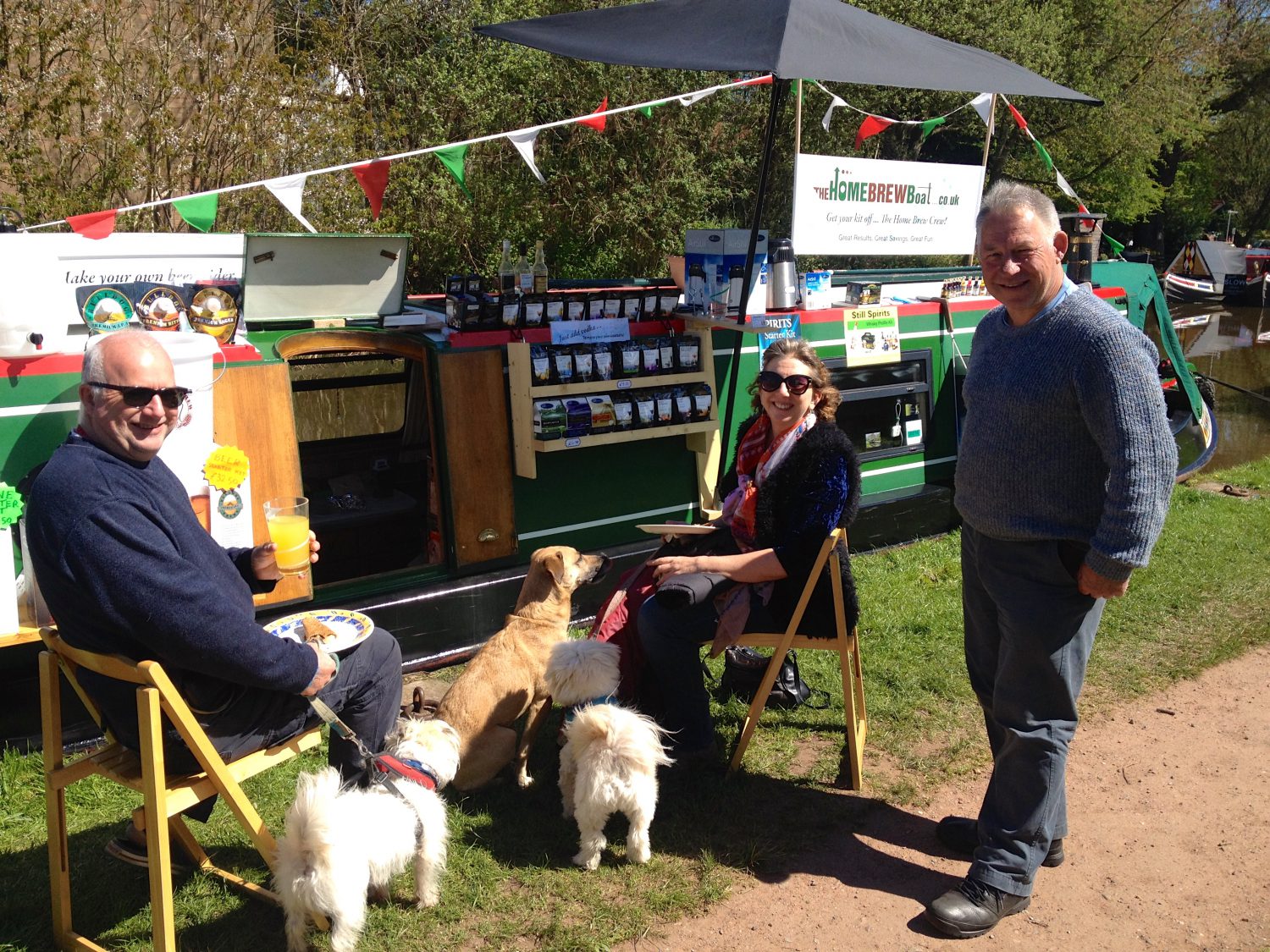 Rest in peace Elaine, few people are as loved and respected as you are. How amazing you have been to embrace life so enthusiastically and with such an optimistic spirit.

We send our heartfelt condolences to Paul, and their respective families.

However, we also congratulate them both on being brave enough to step off the cliff, into the unknown, and dare to be different.

It’s a true saying that it’s the things we don’t do in life we regret the most – not the things we do. No-one can know with certainty what’s around the next corner for them, so be happy, follow your heart and your dreams. Wait if you must, but be mindful that if you wait too long, it could be too late.

Luckily Paul and Elaine didn’t wait – and what a treasure trove of memories Paul has to keep him company during the painful times ahead.

Arohanui Paul <3 You’ve both inspired so many people throughout the world. Take good care and know that Elaine’s life made a dramatic difference in the hearts and minds of everyone she touched.