At some point during our festive gathering in 2012, Barry and I pulled a couple of swish crackers. Being only a few months before our big move to the UK, it was serendipitous and rather creepy that the gifts  inside ours were a wine glass trinket each (you know the ones that you clip on the stem to remember whose glass is whose?).

My gift wine glass identifier was a plane, Barry’s was a narrowboat! We loved them, despite the freakiness of it …

Recently we noticed the plane had gone astray, and we never did discover where it went to.

Last night, to my distress, the narrowboat sank into the canal. No more to be seen.

It didn’t do this on it’s own mind you. It was encouraged accidentally by Barry, who was pouring wine precariously from the roof of the boat at the time, into perilously perched wine glasses. The two in question were both heard to crash and fall with a splash by the gathering of fellow traders sat comfortably on the towpath here in Blisworth.

I suspect my disappointed scolding was a little over the top, it was, after all, just a ‘thing’. It was the sentimental value that involved the feeling of loss.  Barry, on the other hand, having been drinking for a few hours with his mate Yogi, found the who;e thing rather amusing and admitted sheepishly he was much more concerned about the full glass of red wine he’d wasted!

You can imagine how well that went down …

It was one of those rare, memorable, balmy evenings – so wonderful to have the gift of sitting outside, chatting amiably, in England, even in the height of summer. I intended to take a photo of the frivolities and  jolliness, then completely forgot.

We’re missing Helen and Andy, and The Jam Butty, as they were expecting to come for the first time this year and trade by boat rather than their usual gazebo. We send them our love and hope we’ll all be together next year.

The weekend promises much for us, with a  footfall at the 2015 Blisworth Canal Festival 2015 somewhere in the region of 58,000 people.

It’s a welcoming and friendly small village, embracing their canal fondly – and the bonus is the weather promises to be kind to everyone – warm, dry, if overcast days – perfect really … 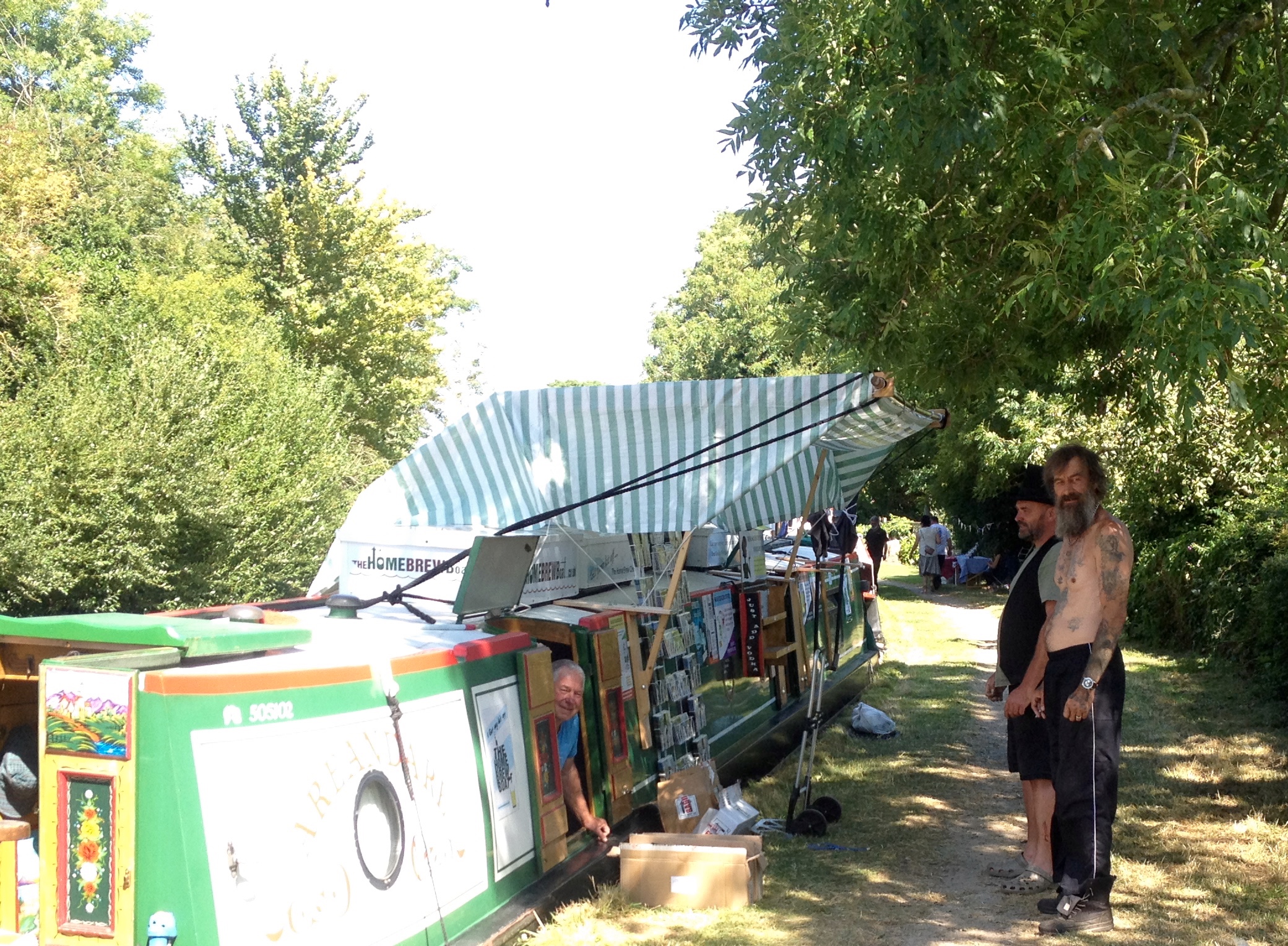 A few of the boys – the morning after the big night!

2 thoughts on “A sunken boat – hopefully not an omen!”