What an interesting weekend we had in Liverpool.

As a Trade Boat, we’re frequently frustrated by time constraints which curtail the amount of exploring we can do. Barry previously visited Liverpool way back in 1976, staying with family of a girlfriend (Shirley) on his six-month soiree to England. The only other time I’ve passed through (literally), was to catch a ferry to The Isle of Man in the mid 1990s.

In a perfect world, we’d have taken part in the Mersey crossing that the local IWA co-ordinated, and spent a few days in Albert Dock. Exploring the sights of Liverpool would’ve been a joy.

As it was, I returned to Barry last Thursday, at Liverpool Lime Street. We had a brief look around on the one and a half mile walk to the boat.

By Sunday evening, we’d untied the ropes and set off on our journey to Middlewich. 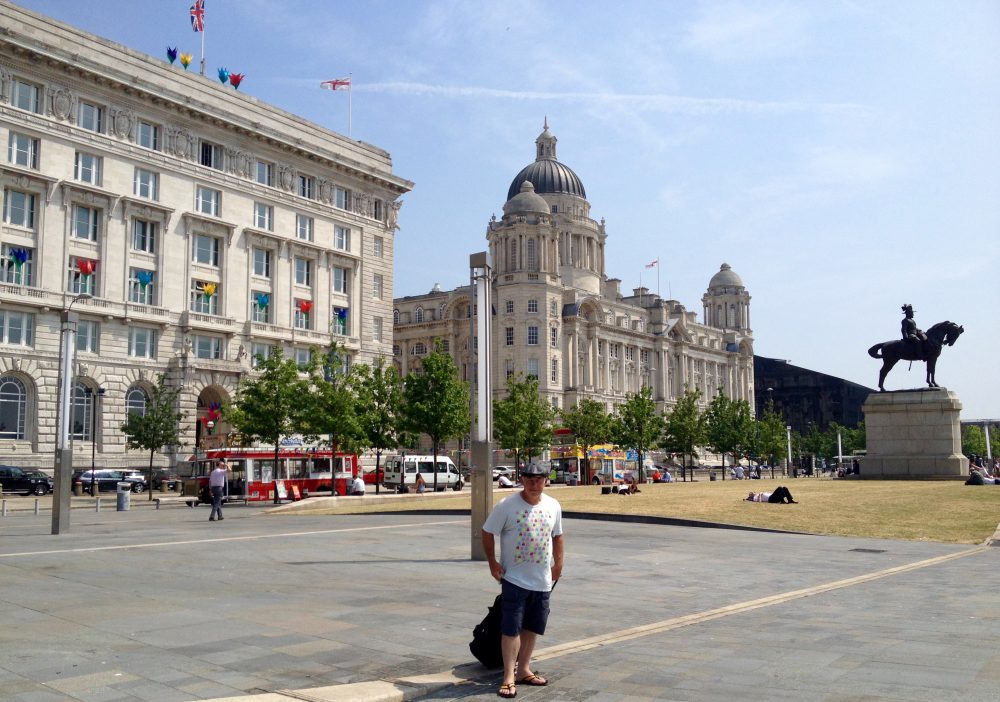 On our walk from Lime Street

We still managed to squeeze a fair amount of excitement into the three days at Eldonian Village for the Inland Waterways Association (IWA) Canal Festival:

“Centred on the canal around the Eldonian community centre and including the section down the locks to Stanley Dock, the Campaign Festival’s primary aim is to encourage more boats to visit this section of the canal and continue to the Albert Dock complex. The massive destruction by bombing during the Second World War due to the area’s proximity to the docks, the closure of the Tate & Lyle sugar refinery and the British American Tobacco plant had a huge impact which could have meant the residents being scattered to different parts of Merseyside but there was a determination to keep this community together. Planned regeneration and the provision of affordable housing has achieved this for Eldonian.”

The Village is a splendid example of what a like-minded determined community can do. There was a real togetherness about the people that’s quite rare in the 21st century. The hub seemed to be the Village Hall where numerous events take place.

For the festival, the local IWA branch had organised a talk on the 200 year history of the Leeds Liverpool Canal Thursday evening, a Ceilidh on Friday, and a boaters supper on Saturday. We experienced the first two, but hadn’t signed up for the third (mainly due to such luxuries not being part of our budget!) 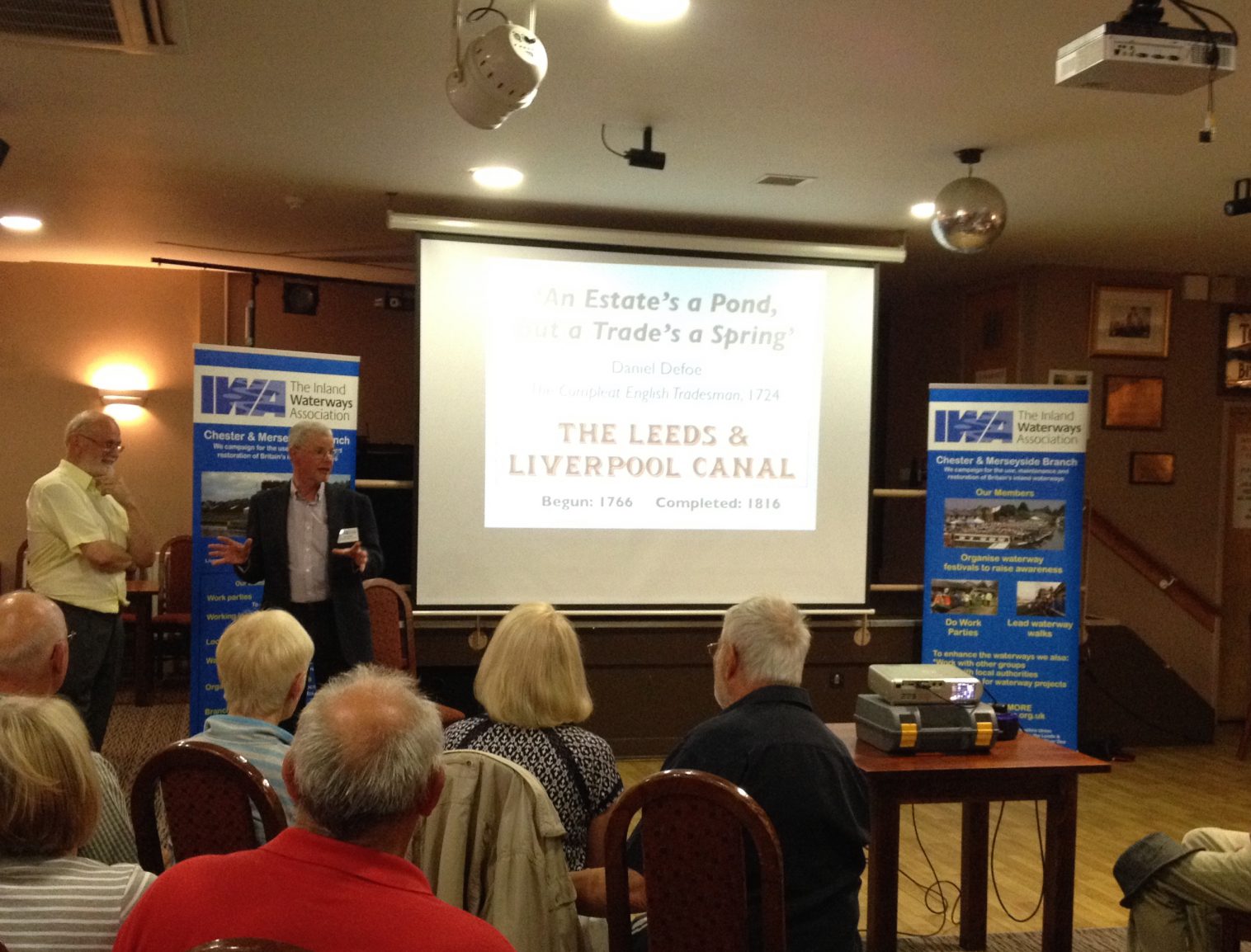 Also organised was a two-hour walk led by Dave Smallshaw, to find the old Leeds Liverpool Canal and see a few sights along the way. So many people signed up for the planned Sunday stroll, that they added a Saturday one that I thoroughly enjoyed which helped me feel I’d explored a bit more of the local area. 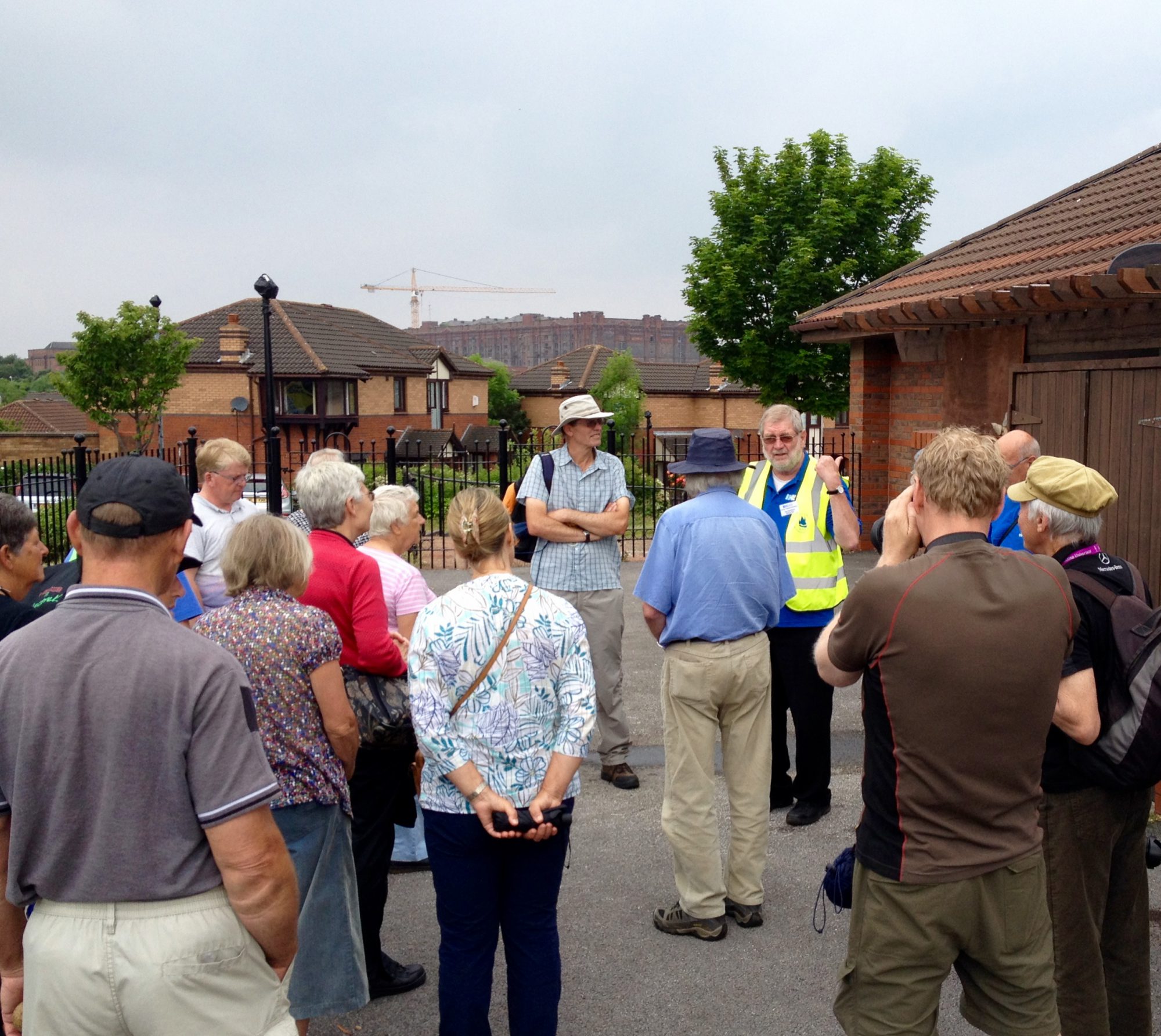 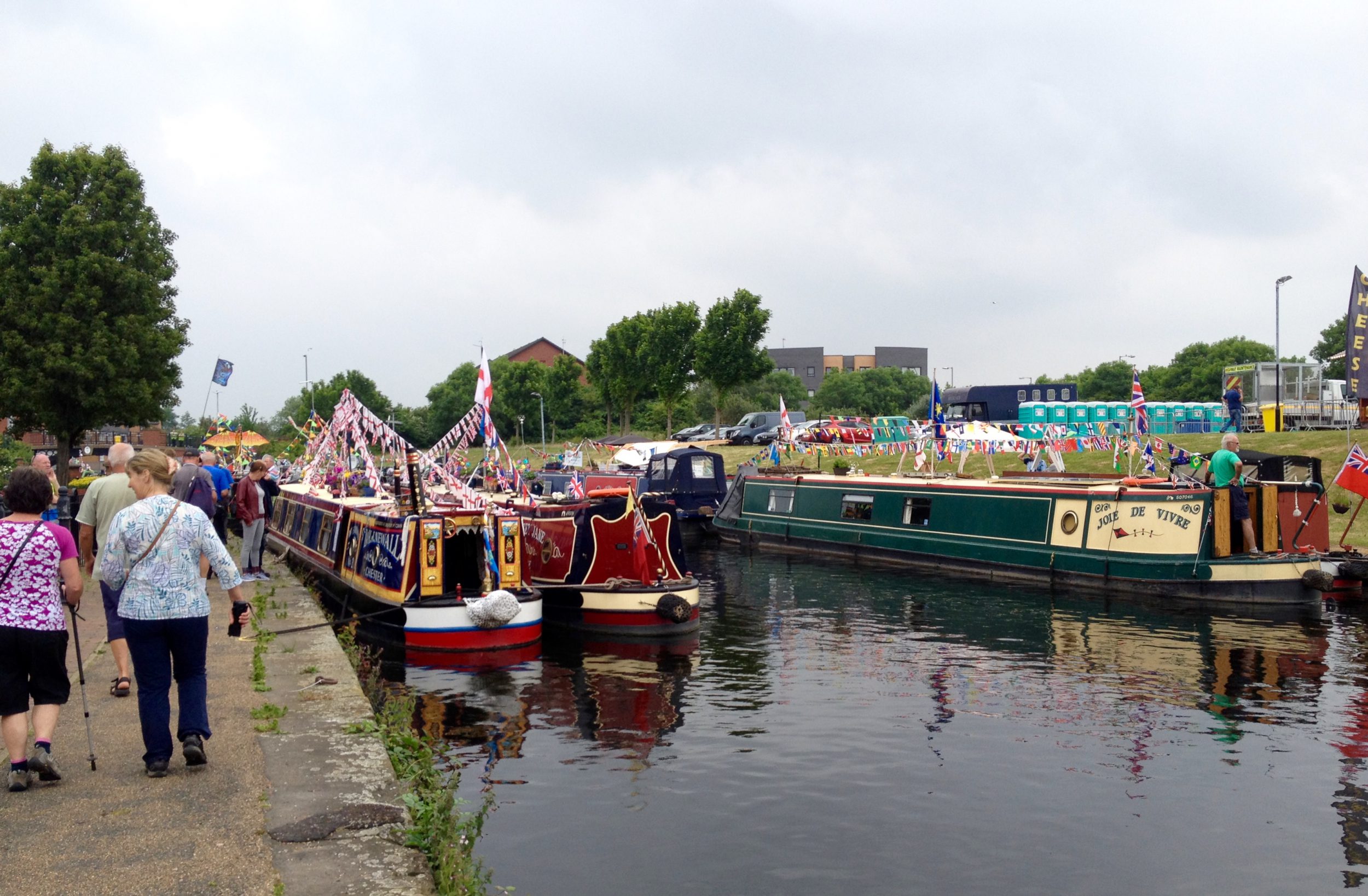 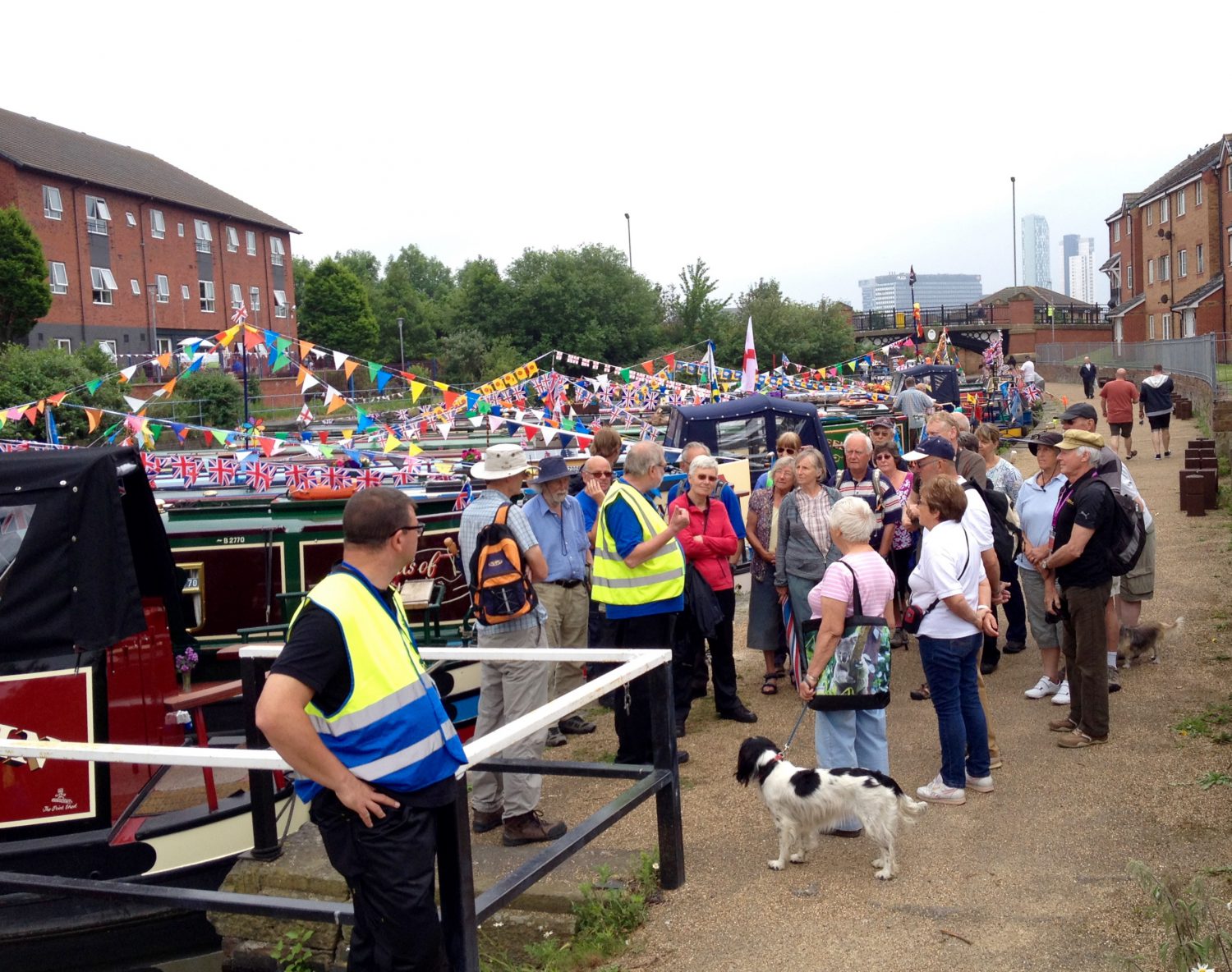 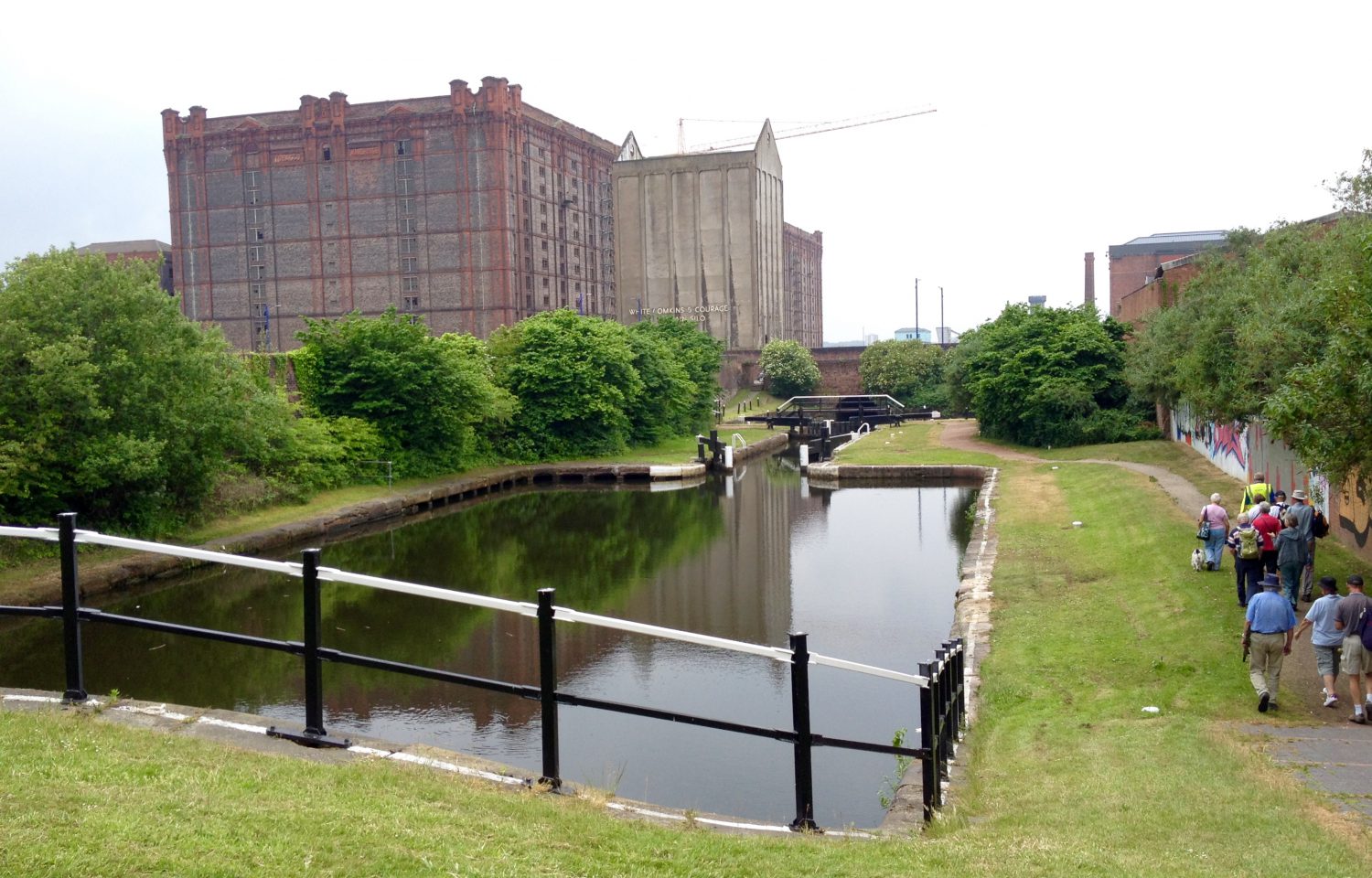 I was flabbergasted (love that word!) to hear that some people feel the red brick building in the background is a bit of an eye sore, and would be better off being knocked down – can you believe that? 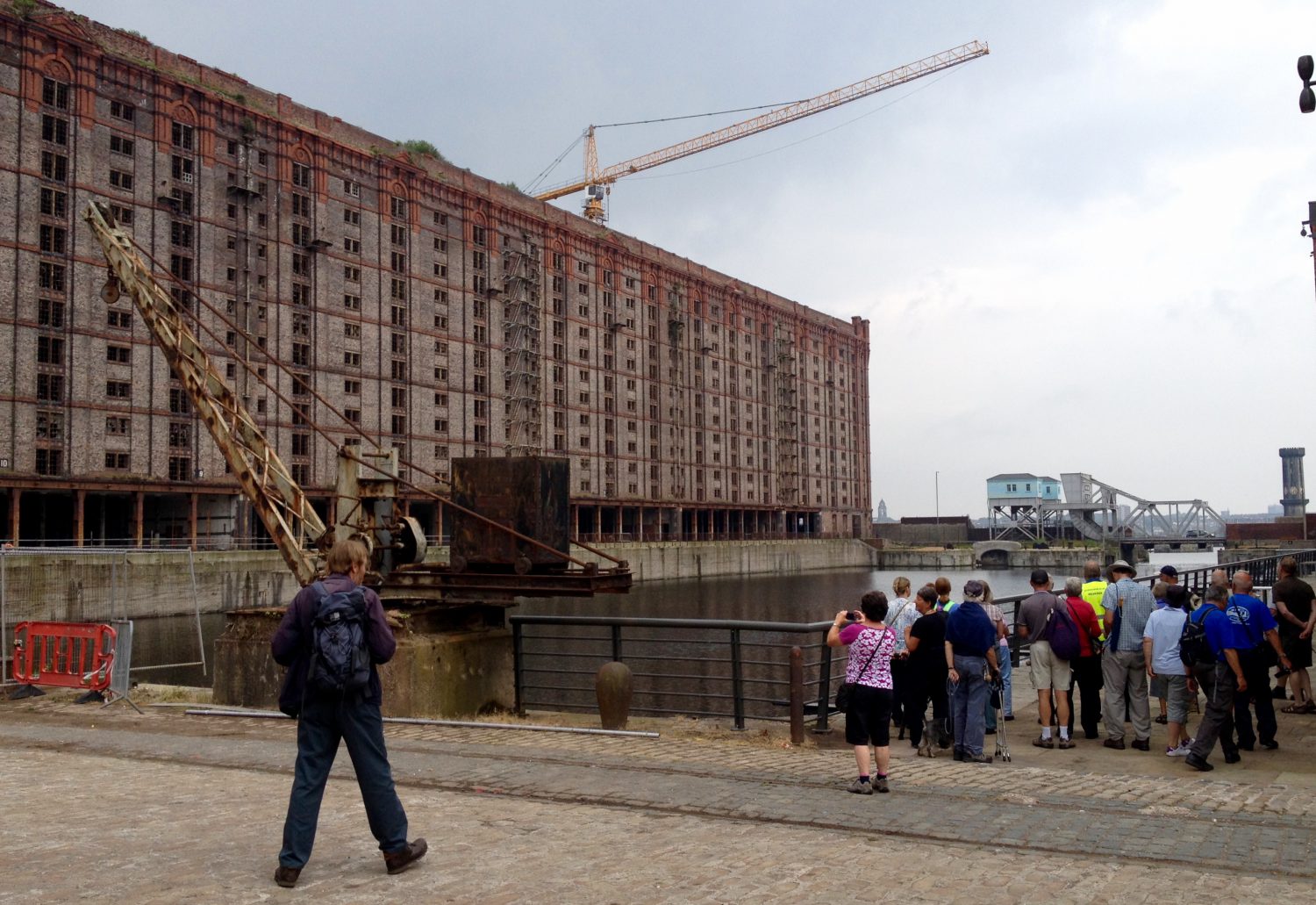 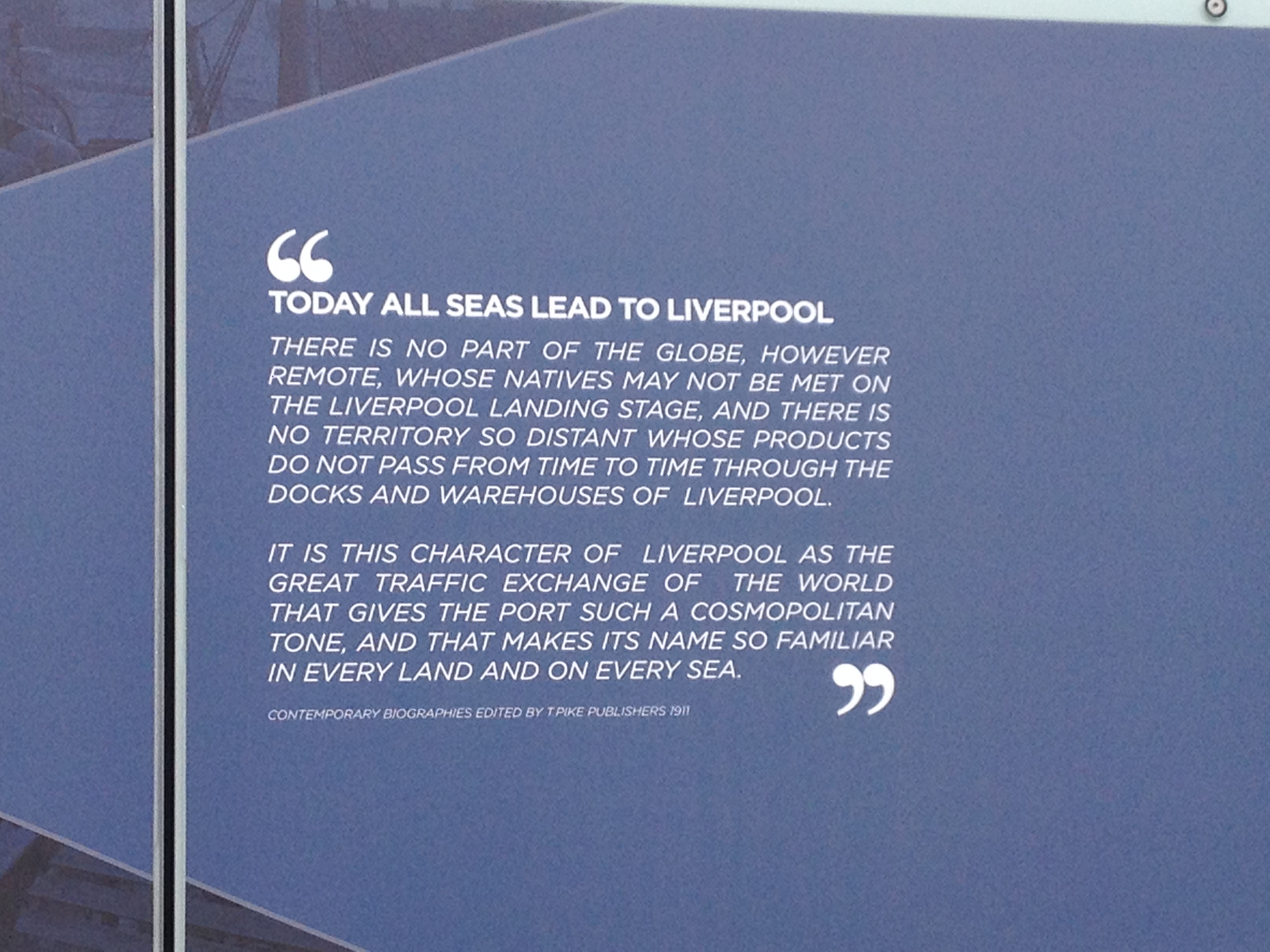 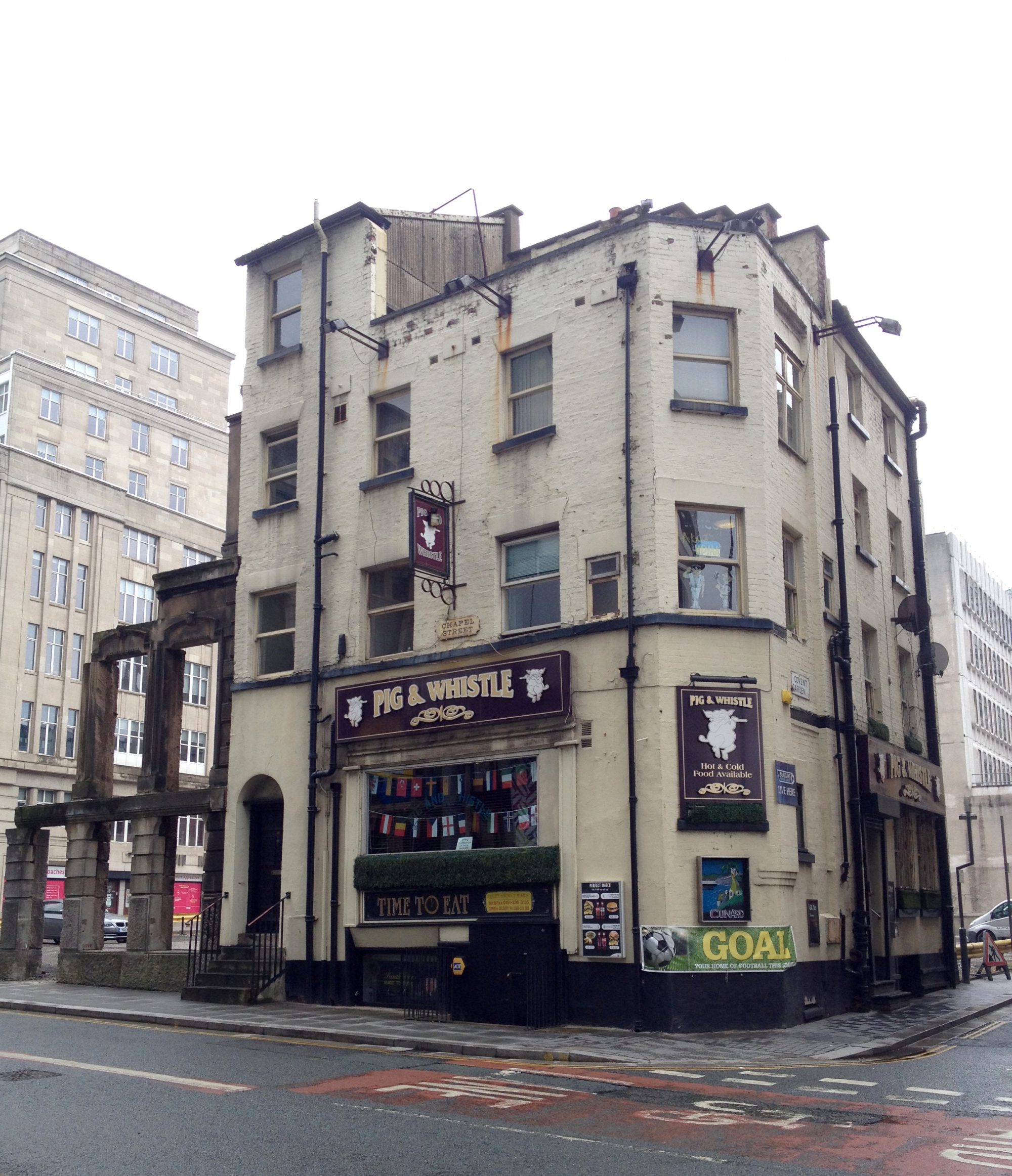 The Pig and Whistle pub

During the three days we met many new friends, and greeted a few surprise visitors.

Richard Parry, CEO of C&RT stopped by for a chat (he amazes us at his stamina and support of almost every canal festival we’ve traded at in the past two years); the adorable Andrew Denny dropped in for a cup of tea, and on Sunday our friend Fred from Sheffield drove up from Manchester where his son was playing lacrosse, and spent a few hours with us.

Seeing the friendly faces of Ray and Pauline, from NB Carmel Marie, was another pleasure. Not quite as big as when they turned up unexpectedly at Barry’s Home Brew shop ‘Ezimade’ in Gisborne in January 2012 though!

We feel incredibly fortunate that, despite being so mobile, we often get to spend time with such dear friends. 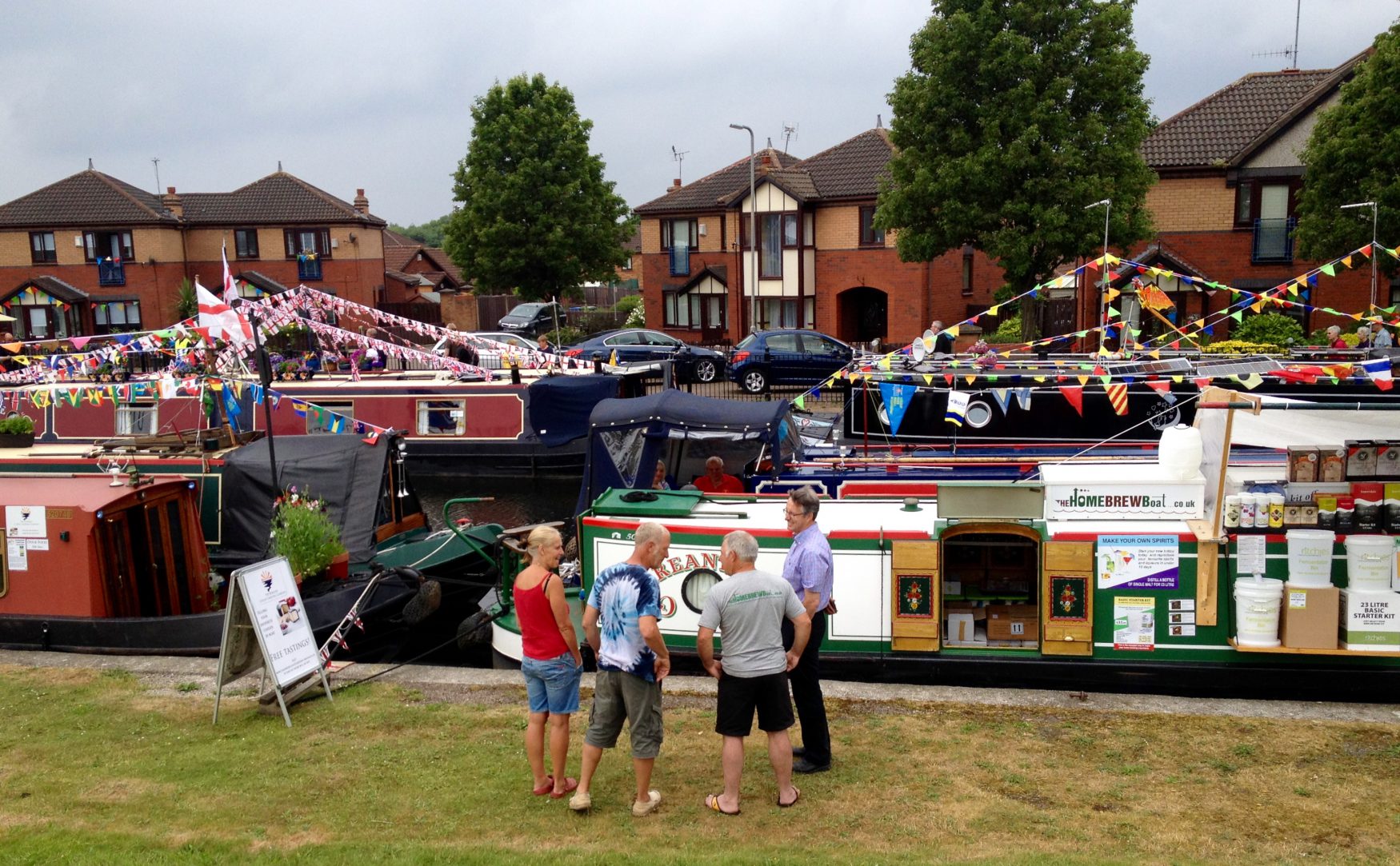 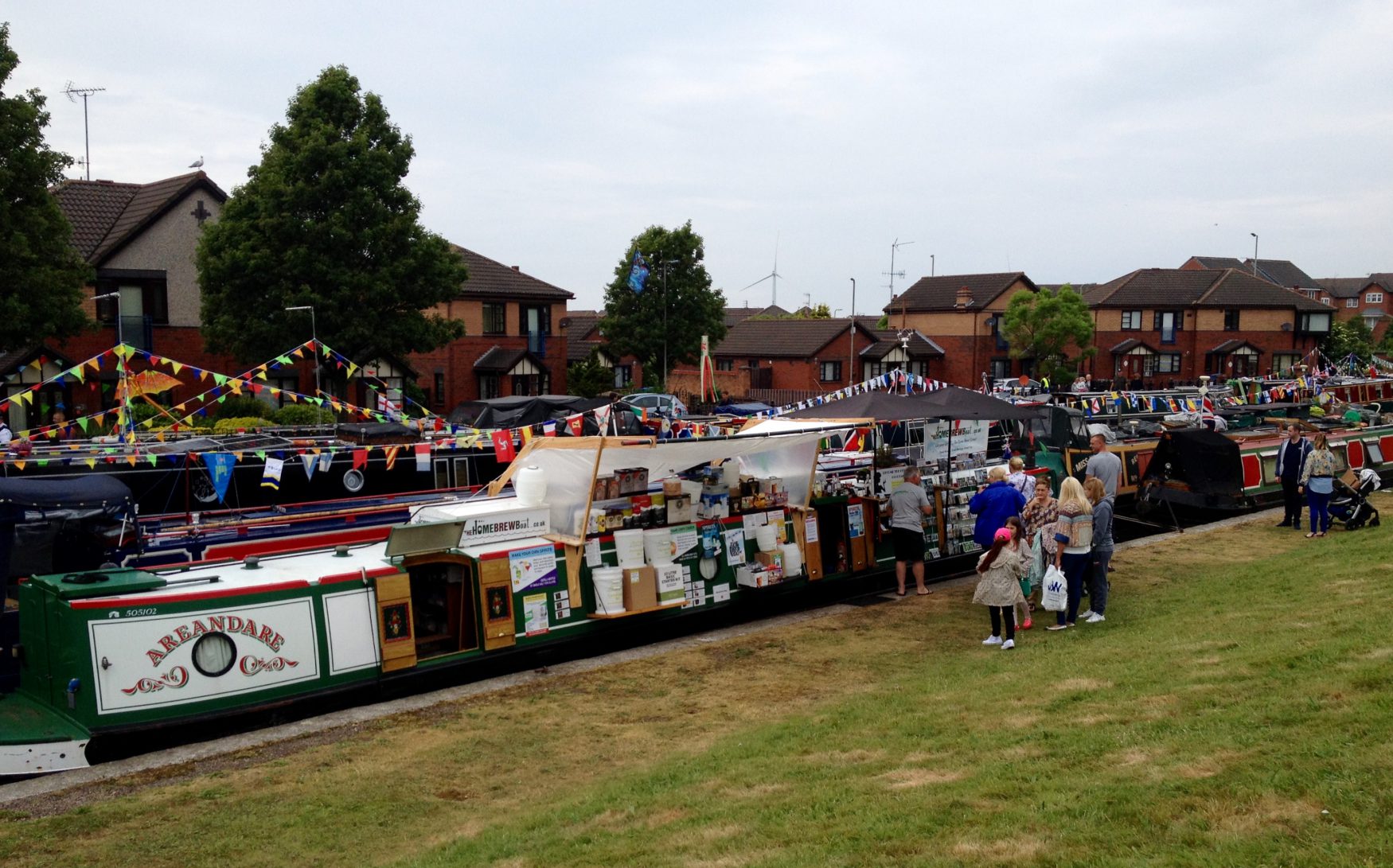 Barry plying his wares to fascinated passers by 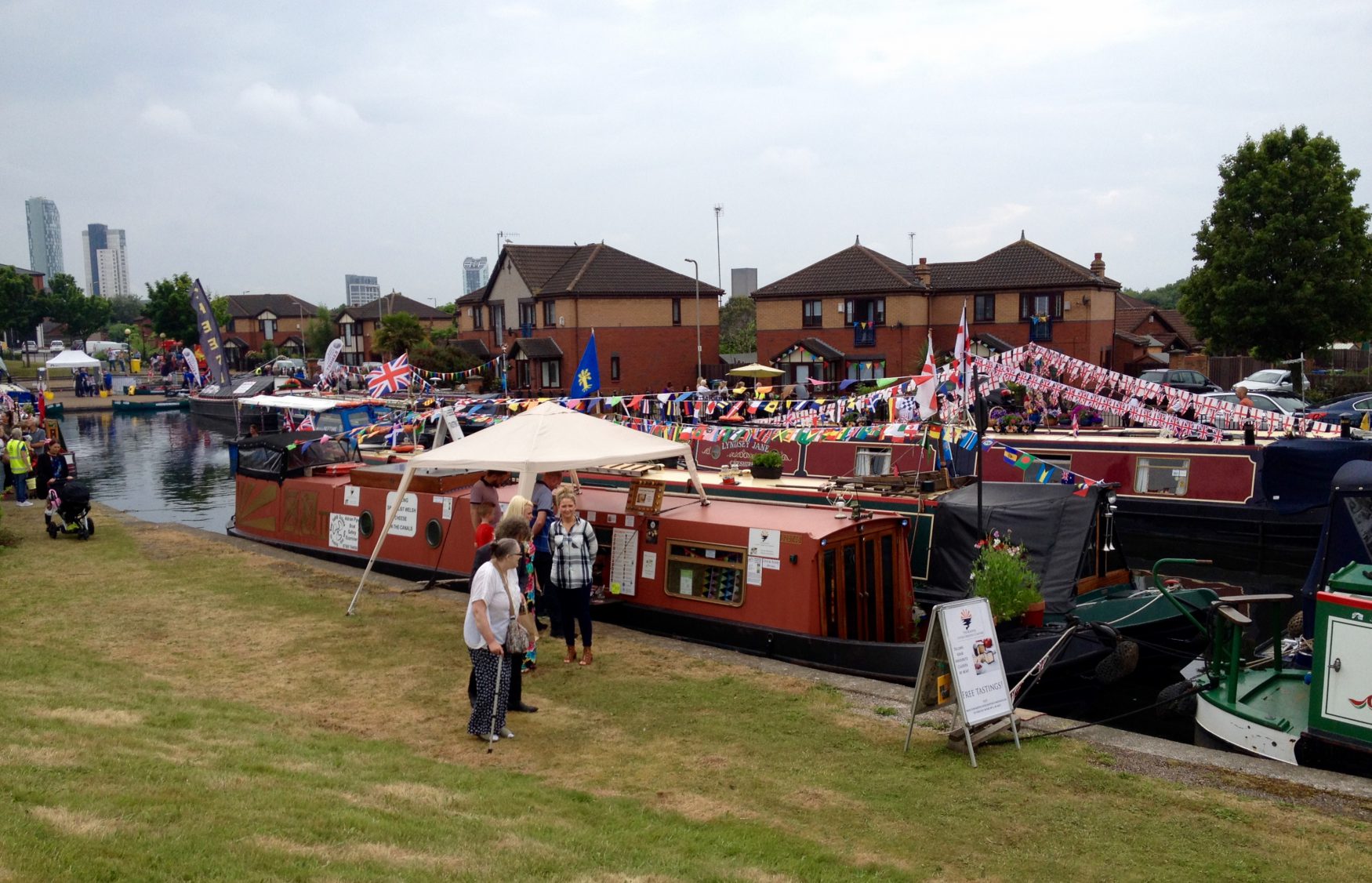 Sunday’s crowd was somewhat smaller than Saturday – I reckon it’s because half of Liverpool turned out at the docks with their littlies dressed up as Snow White, Elsa, or Spiderman, to gaze wistfully at the cruise ship Disney MGM that sailed into port on Saturday evening. I managed to snap it on a slight detour on my Sunday grocery shopping trip.

One can only imagine the magical atmosphere on board, something the majority of children dream of in their wildest fantasies … 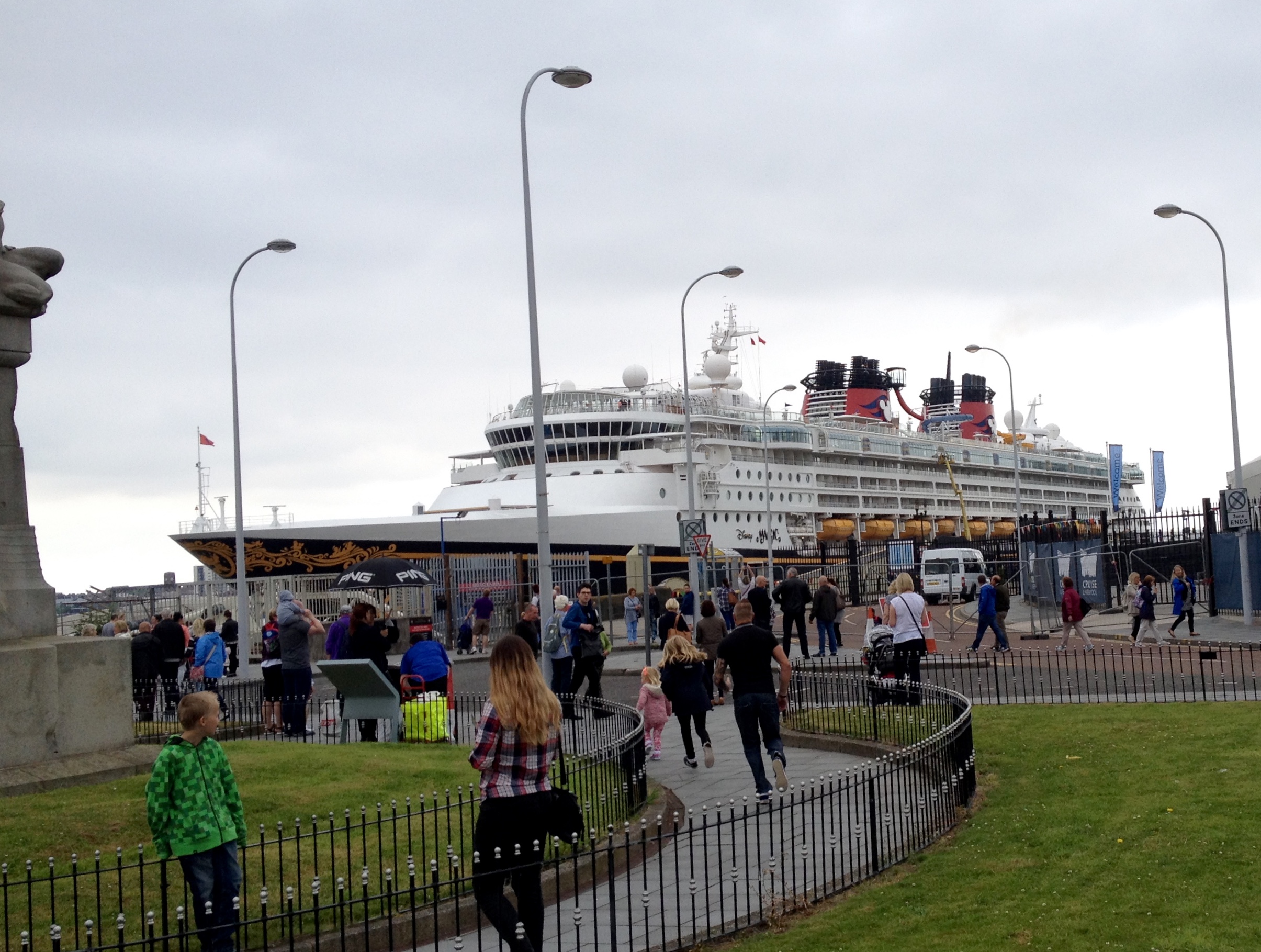 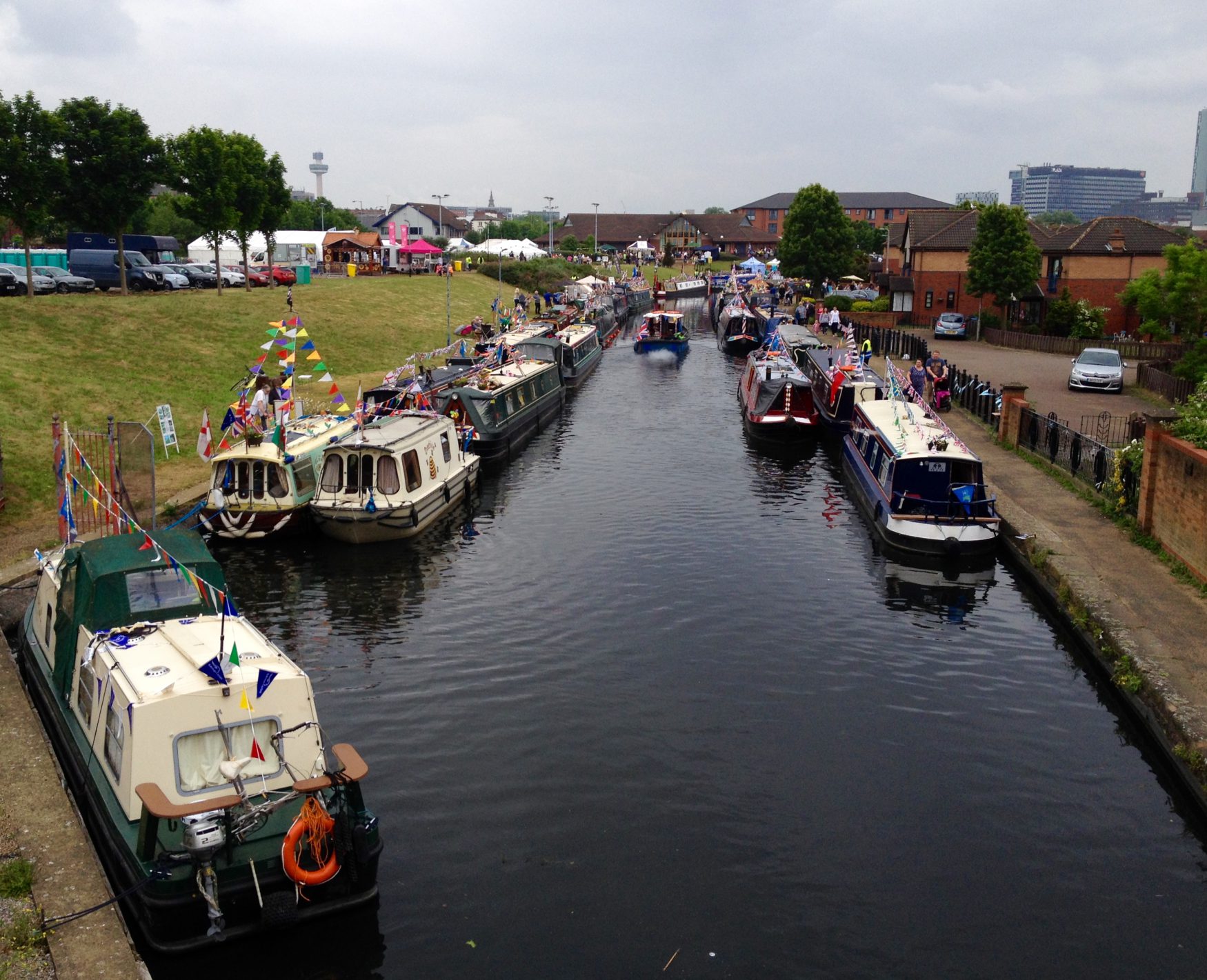 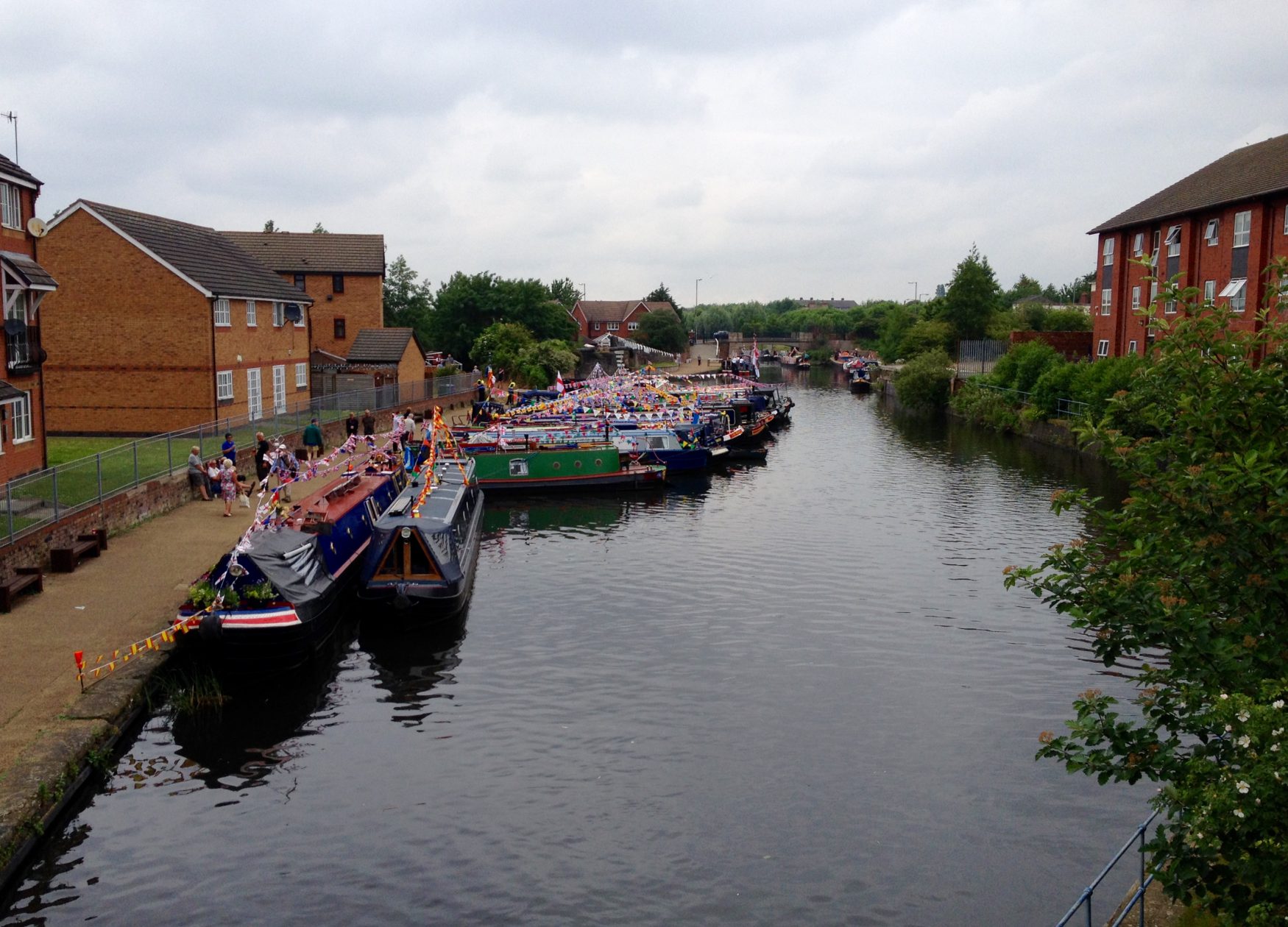 Looking in the other direction – more colourful boats proudly displayed

Many weeks ago, on The Home Brew Boat Facebook page, I’d made an event for the Eldonian Festival. On Saturday evening, following the Ceilidh at the Village Hall, we were having a drink or two with Sue and Ade. A message came through the event page saying:

“has anyone spotted facebooks famous shark today at the festival?? Like comment and share ur sharktastic selfies of this inflatable shark traveling the UK by narrowboat” 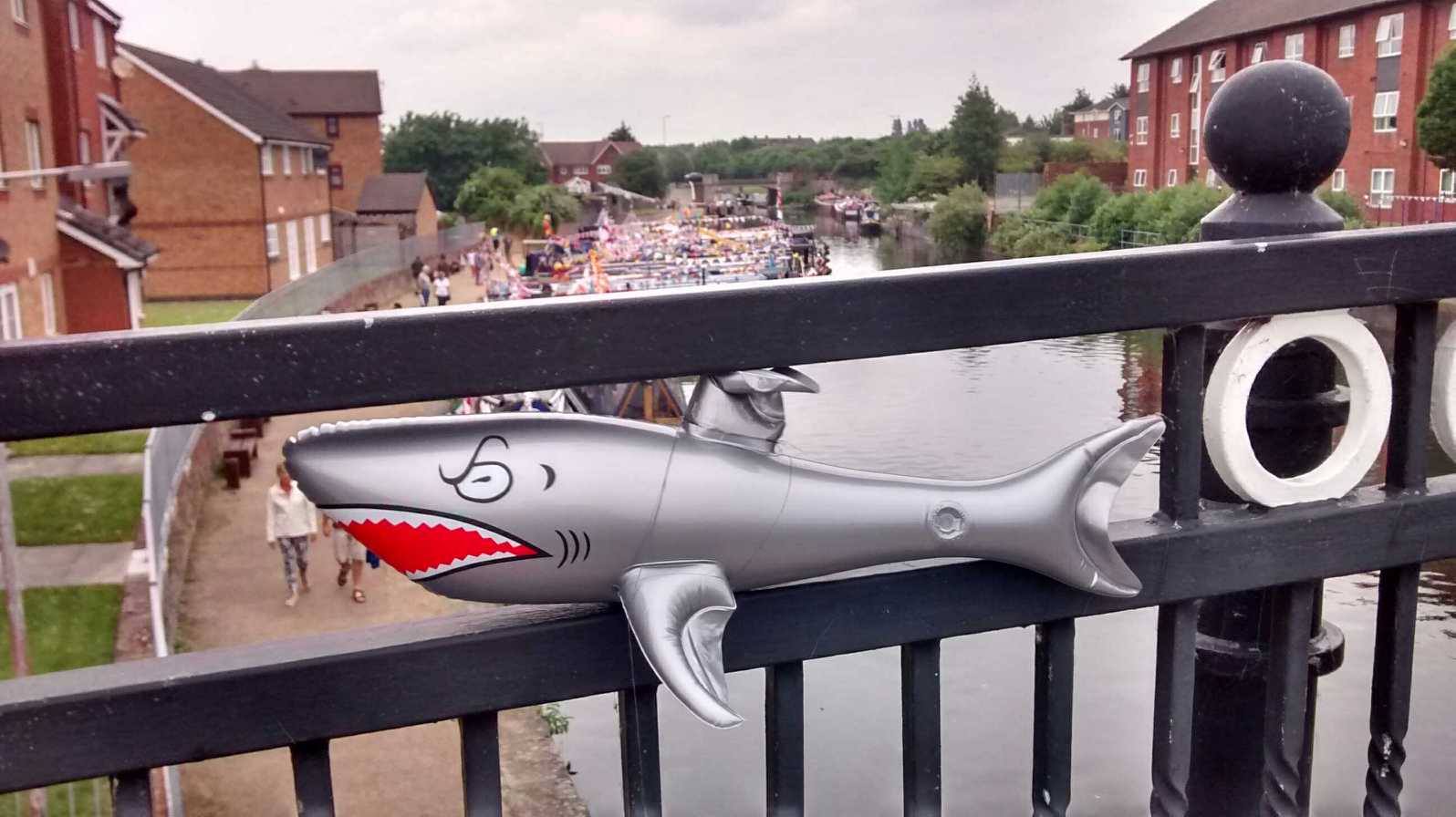 I was intrigued. The photo of ‘Sharky Mc Shark’ had obviously been taken from the bridge a short distance from the boat.

On Sunday I decided to go in search of said marine life. I hunted high and low. Bridges, hedges, boats. To no avail.

I’d forgotten about it by the afternoon, and as things were fairly quiet we were packing up in readiness to cruise down to Litherland so we didn’t have to get up at the crack of dawn on Monday for our scheduled swing bridge passage at 9.30am.

I heard Barry calling into the boat “Sandra, there’s someone here to see you!”

Imagine my shock when greeting me was not only Ray and Pauline, but Sharky McShark! They were astounded when I exclaimed “Oh my goodness, it’s Sharky!” For all they knew, no-one at the festival had a clue about him. Jenny had handed him to them a few days previously, and they’d been snapping images of him all around Liverpool and texting them to her.

Feeling it was time to hand him on, they serendipitously chose us and imagined we’d be surprised.

Well we were, just in a different way. 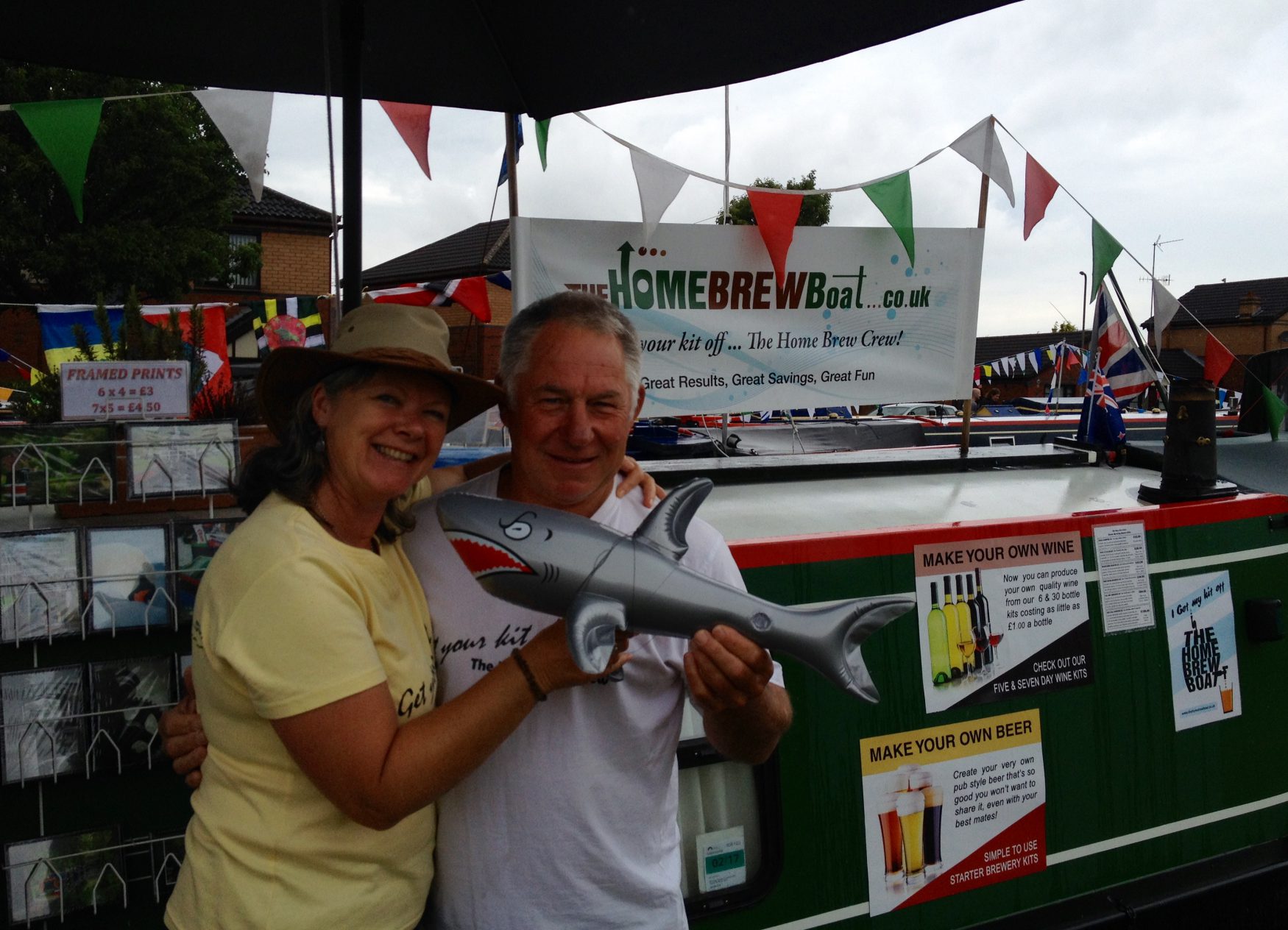 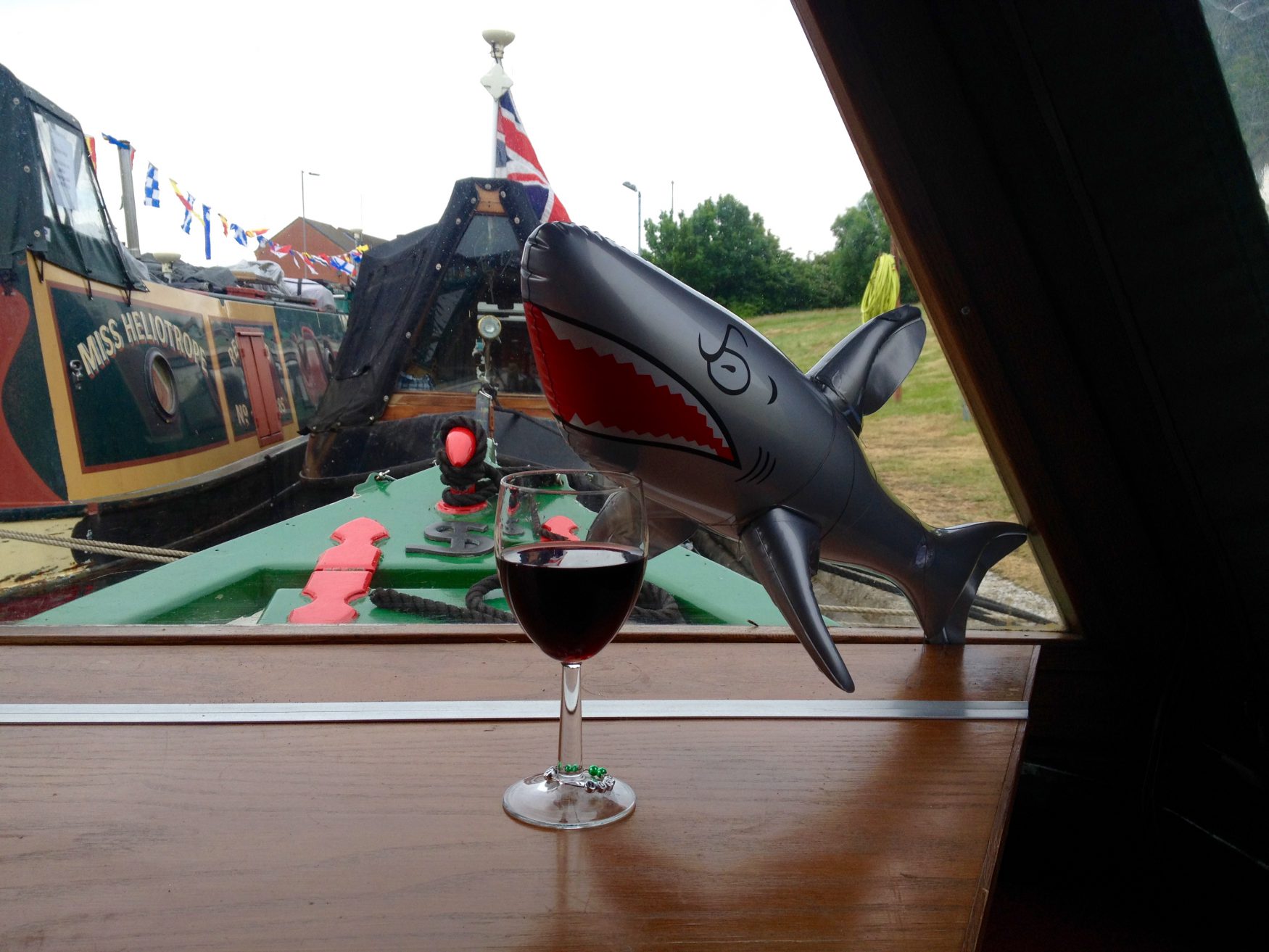 Too close together and rather far apart!

Our original plan for our 2016 festivals hadn’t included the marvellous Middlewich Fab Festival. However we had a change of mind due to a variety of reasons, and hastily requested to be placed on the waiting list for a free slot. Fortunately, due to not so fortunate circumstances (thank you Helen and Andy), we squeezed in.

It did mean yet another long journey in a short space of time. But it felt manageable, and we’ve loved trading and socialising there.

So on Sunday evening we slipped away, as did Sue and Ade who are also trading there. 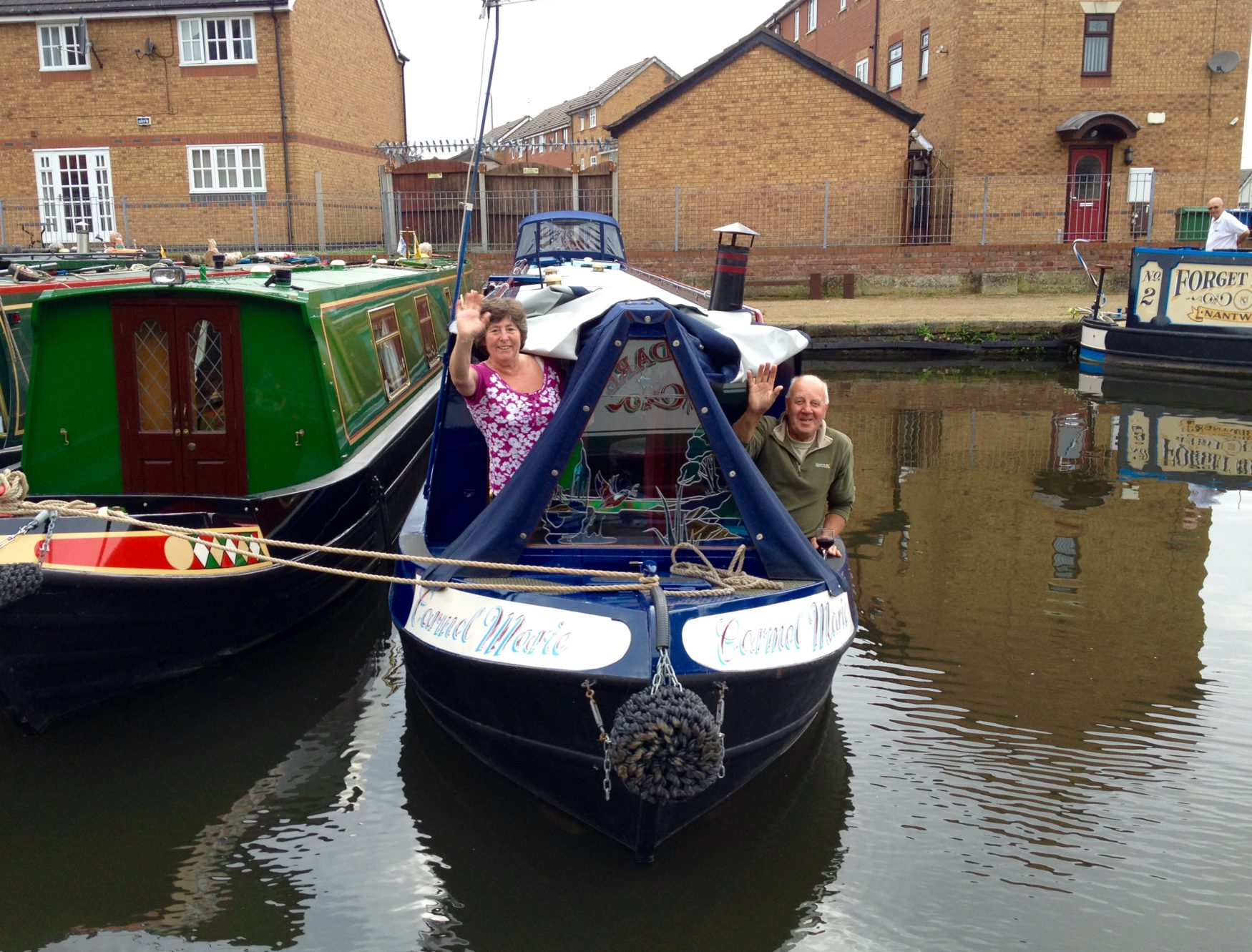 Waving farewell for now to Pauline and Ray on NB Carmel Marie – see you again soon! 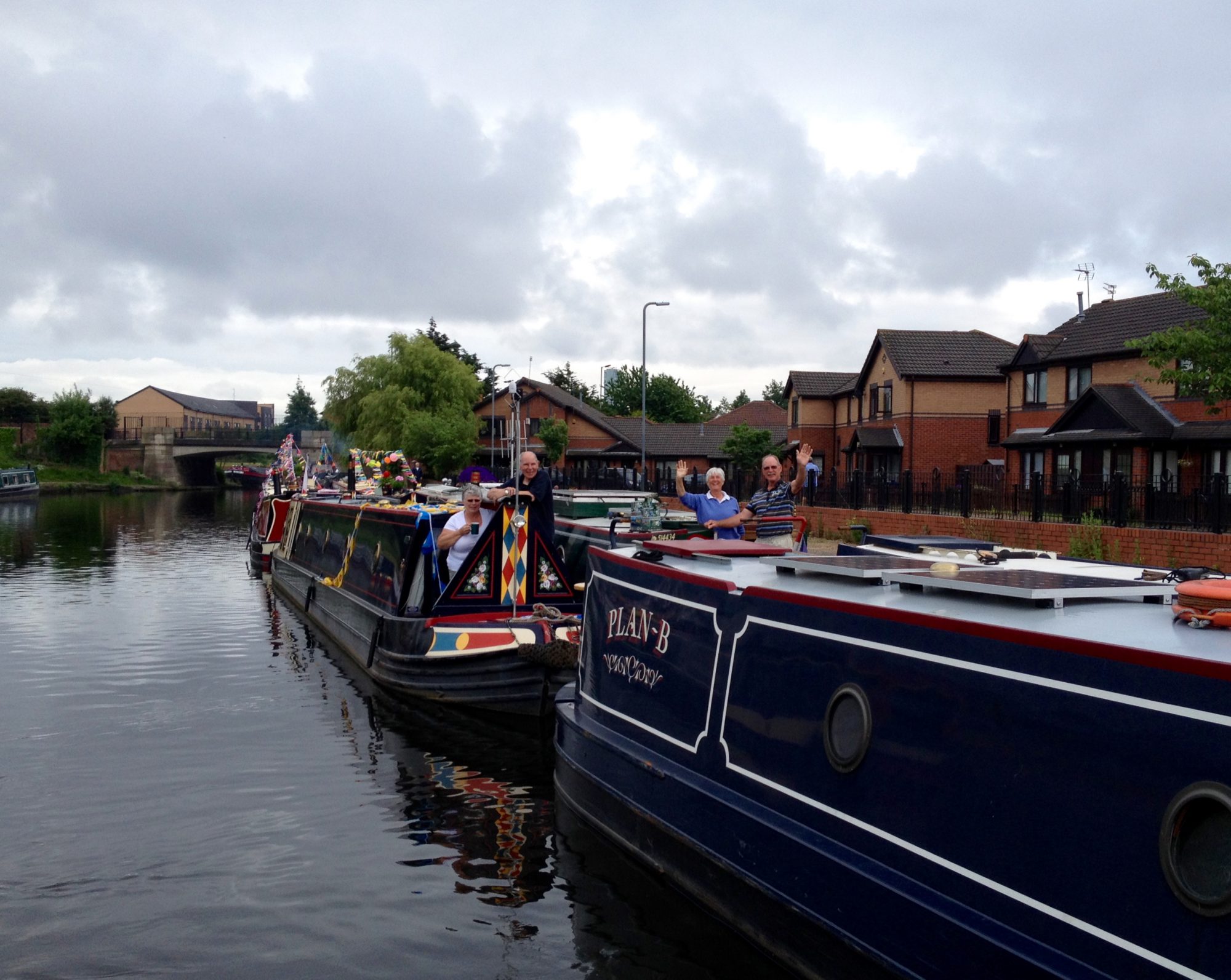 Another goodbye to new friends Irene and Ian – I’ll be emailing you my suggestions for your NZ trip soon, have an amazing time! 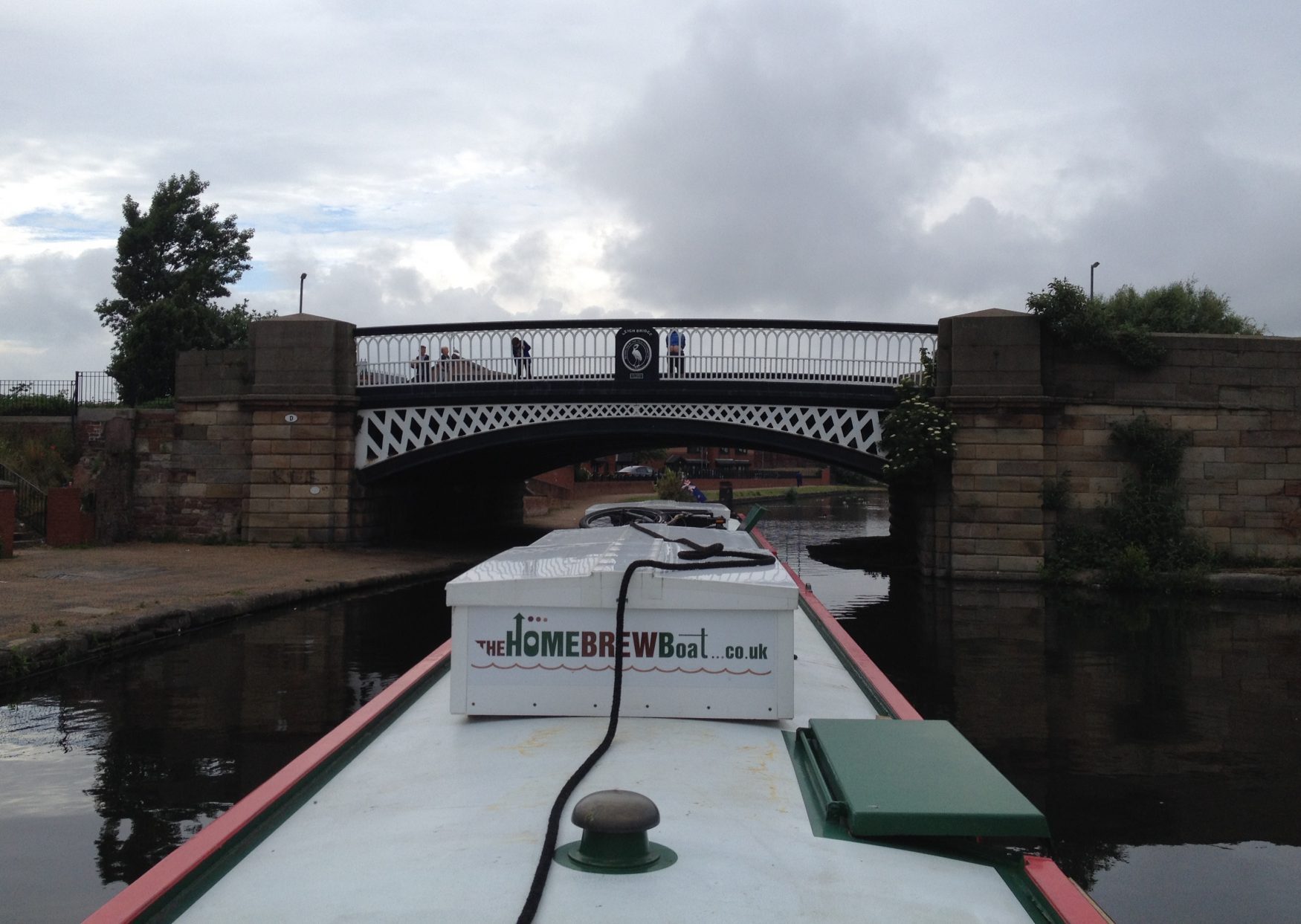 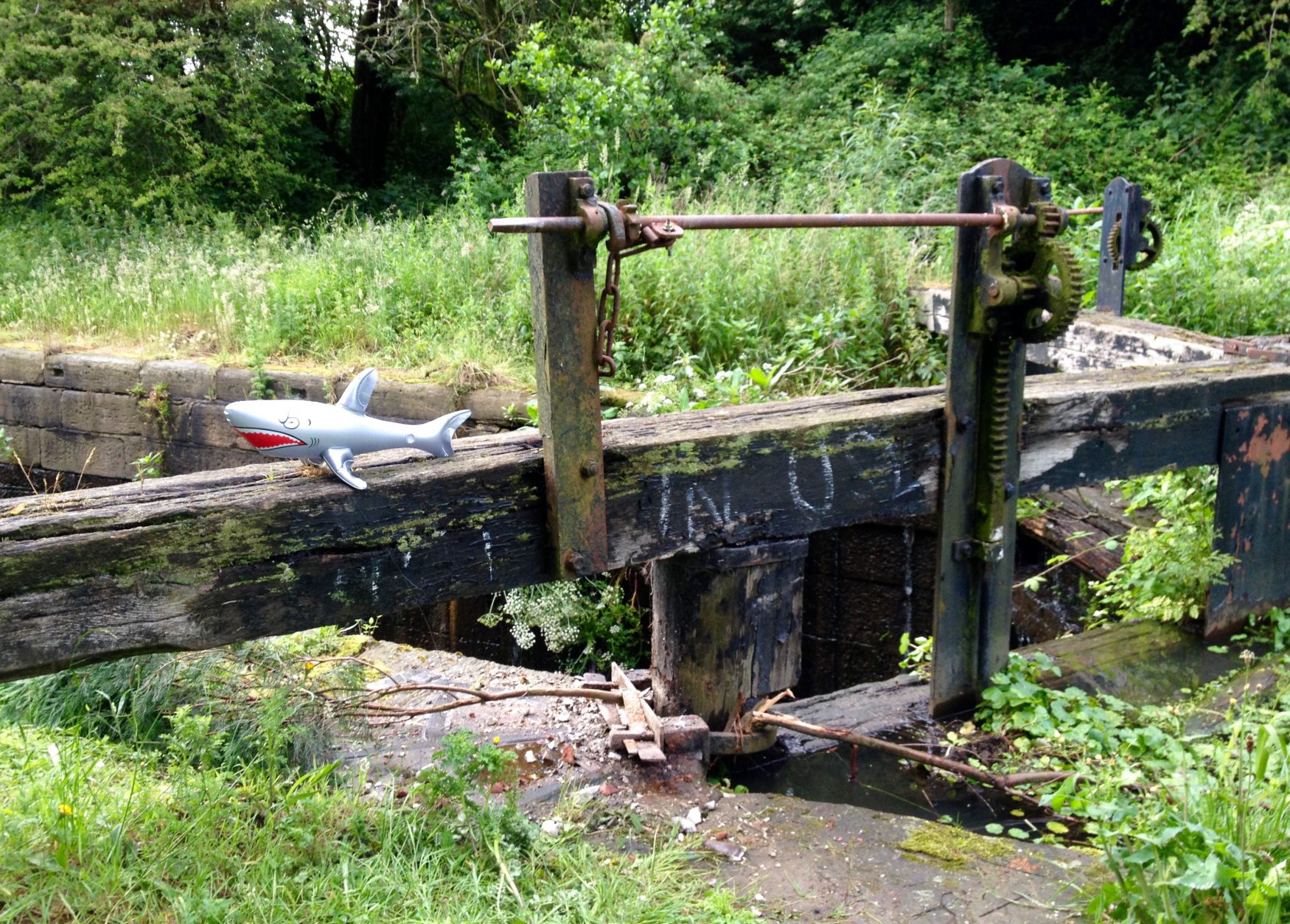 Moored up after a ten-hour day on Monday, along a short disused arm on the Leeds Liverpool Canal 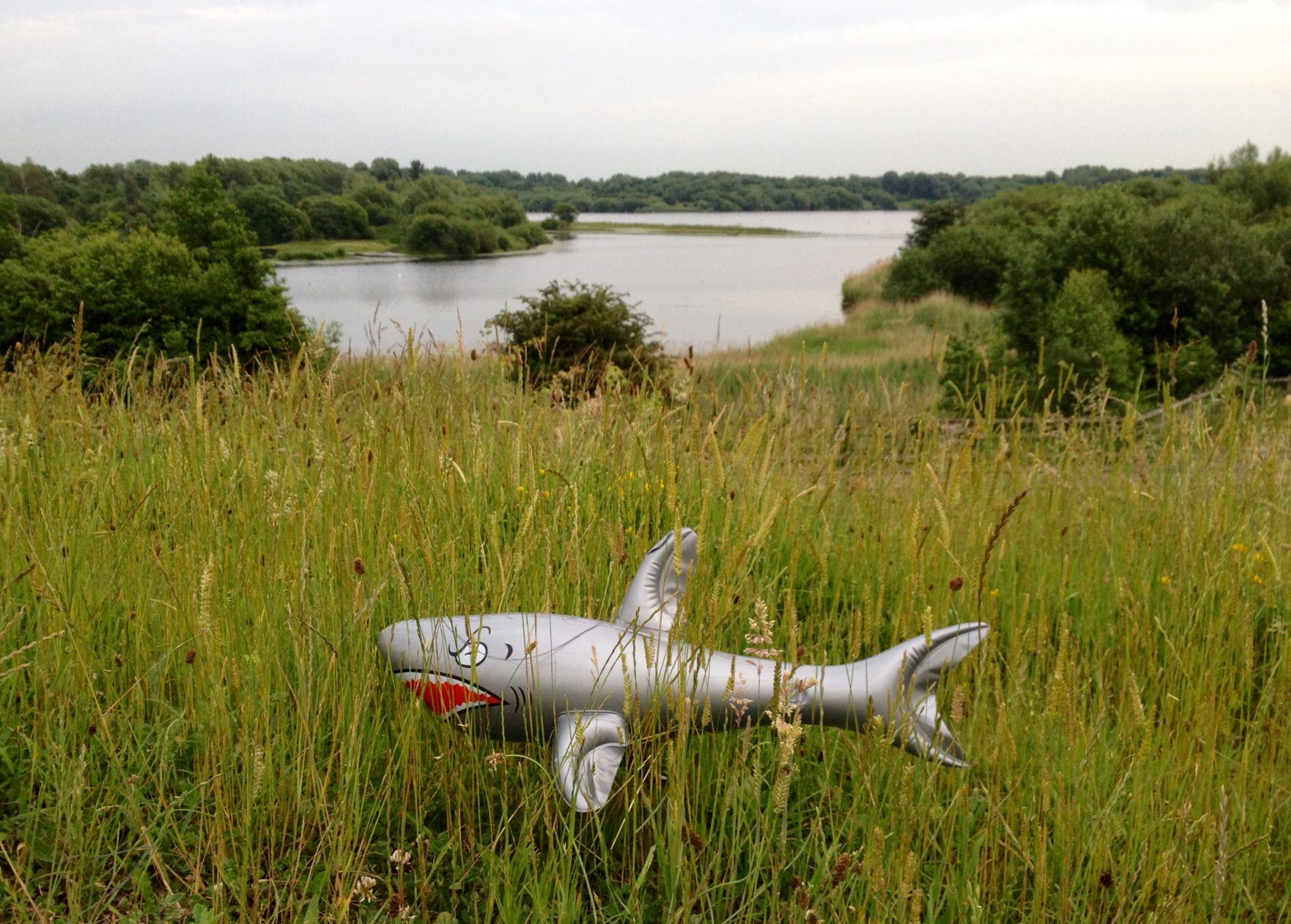 Tuesday evening, not such a long day as I had a couple of coaching calls which delayed our journey and Sue and Ade went ahead. Pennington Flash 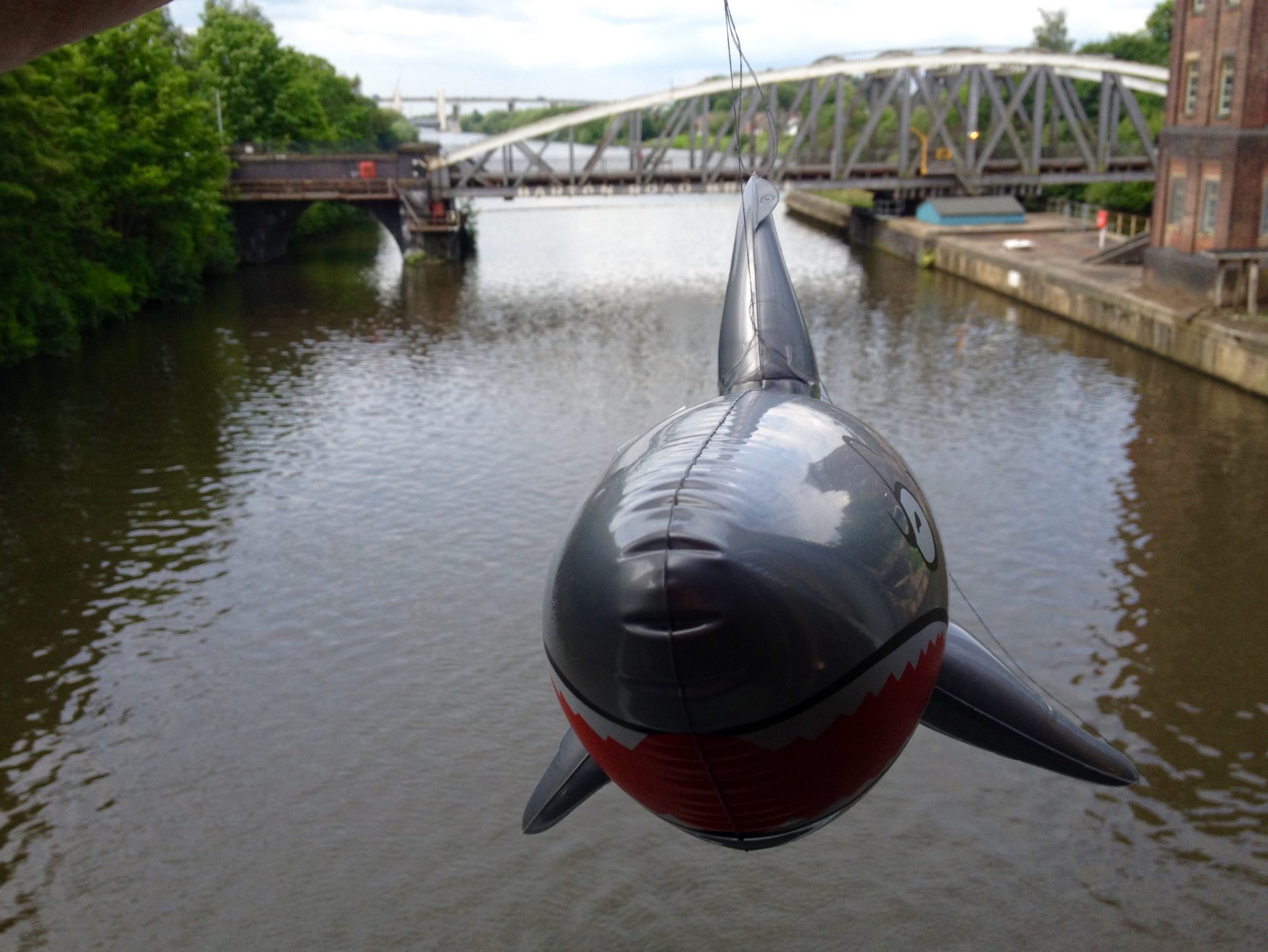 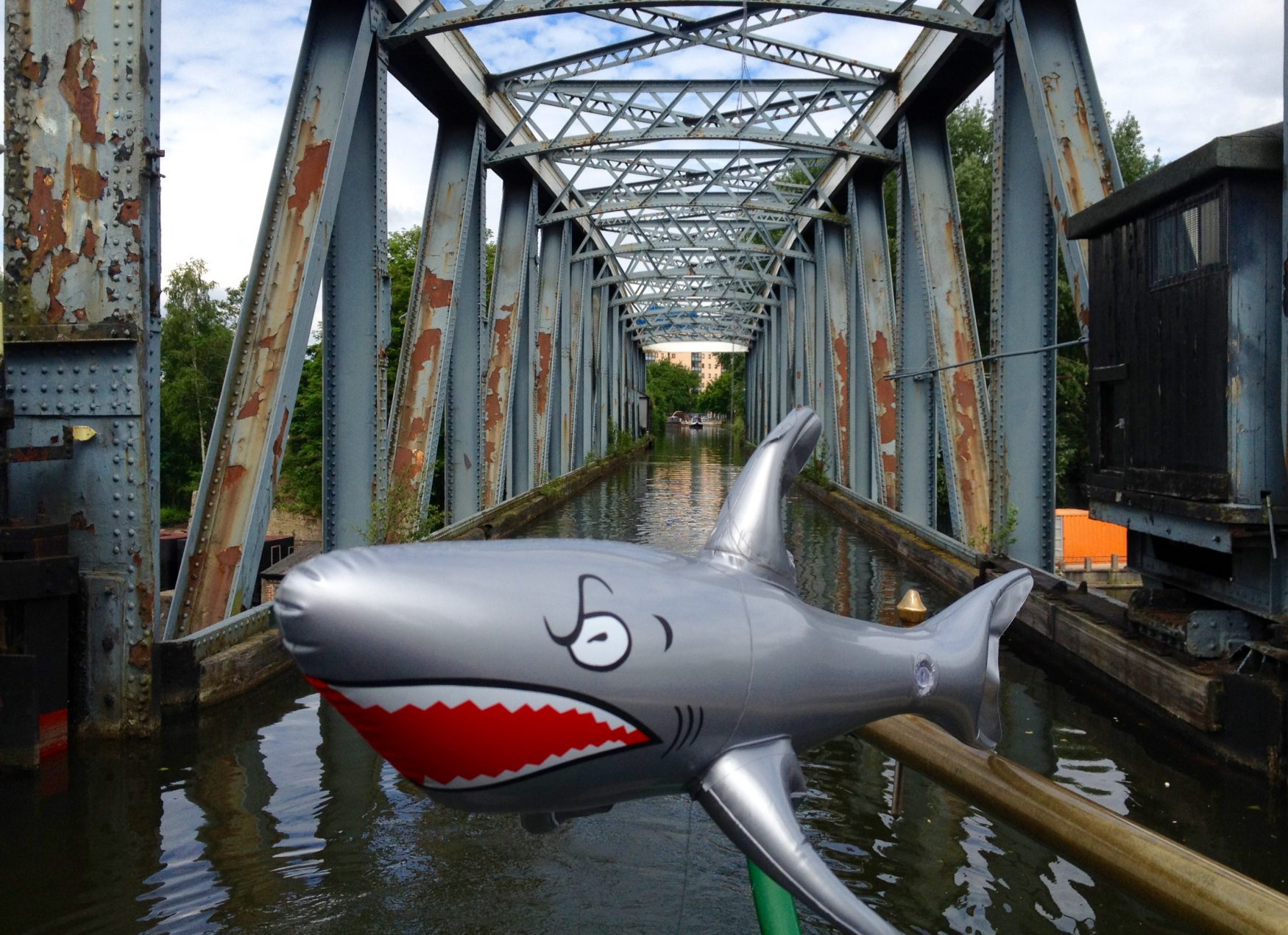 We held onto him, far too dangerous out in the open water!

We’ll be passing Sharky on to someone else over the weekend – I wonder who he’ll choose?