Last Monday, 31st May, I abandoned Barry (again!) in Manchester to continue his solo journey up to Eldonian Village, a short distance from Liverpool.  This may evoke in you a tinge of sympathy on his behalf.

Or maybe a slight feeling of envy that he’s boating alone and happy as a pig in the proverbial?

Joking aside, he assures me he loves it, so you can let go of wanting me to feel guilty.

Yeah okay, I’ve let it go. I know he sort of misses me occasionally, especially at mealtimes when he’s forced to cook for himself …

My first stop was to Malpas, in Cheshire, for four full-on-fun days with Lisa and our gorgeous grandsons.

Having no car when I’m there brings its challenges, and kinda limits where I can go. Many people in England seem to have some form of bus phobia – not me.

Making the most of the excellent public transport system here, on Tuesday we tootled off to Whitchurch, and spent happy hours playing in the park. On Thursday another comfortable bus ride carried us to one of my favourite cities of UK – Chester. 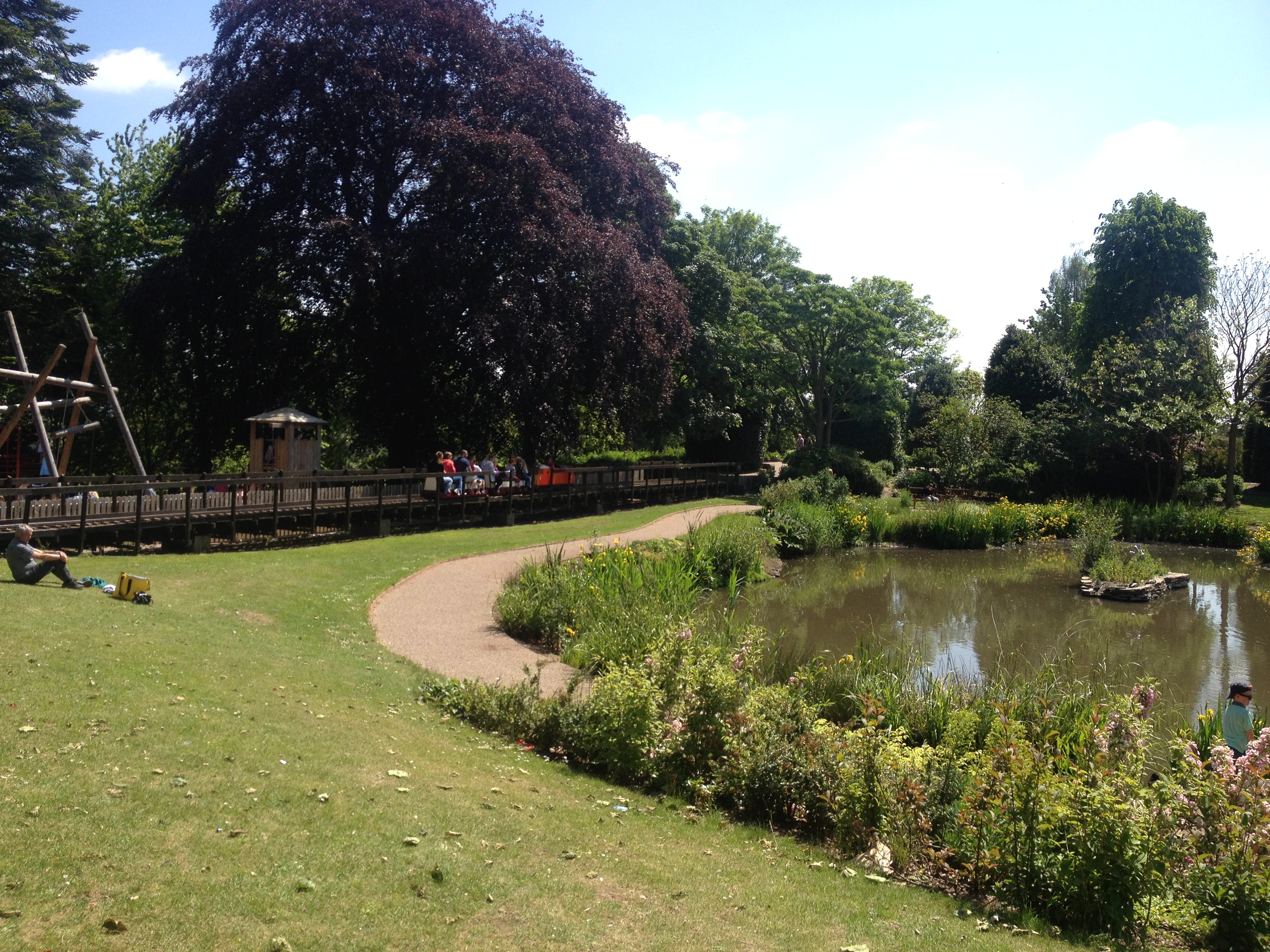 Grosvenor Park, Chester, a miniature railway rides around the small lake adjacent to a splendid large playground and a short stroll to the River Dee 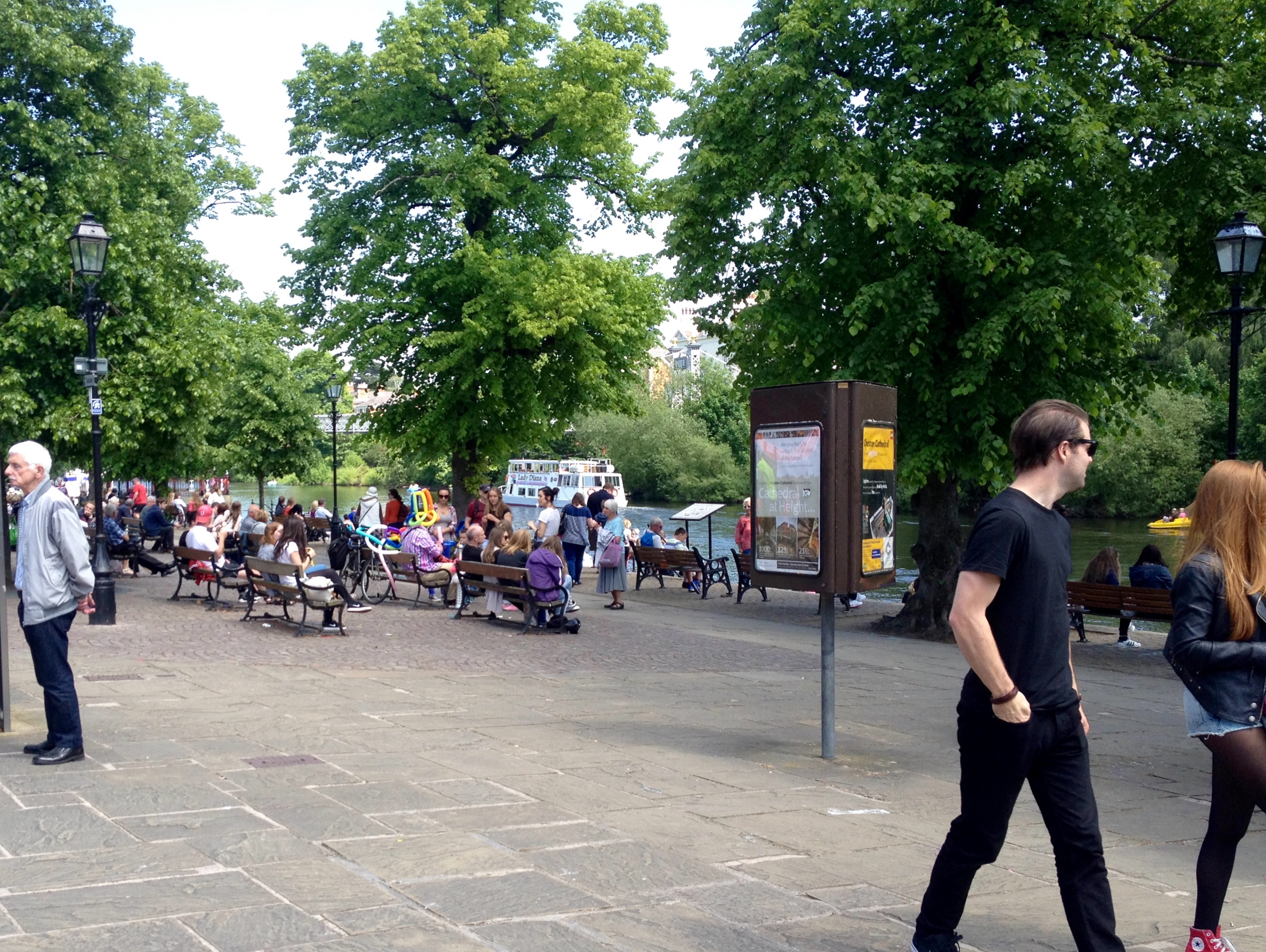 Promenading by the river in Chester – look closely and you’ll see the crazy, colourful balloon man

Living on a narrowboat and only having the opportunity to spend precious time with my daughters and grandsons intermittently, makes such occasions very special. Occasionally I wish we all lived closer. My personal feeling is we’d all take each for granted then. So that’s my thought process, and it works well for me.

On Friday morning Lisa and the boys dropped me off at Whitchurch to catch three trains to Droitwich (via Crewe, then Birmingham New Street), where I scooped up mum’s car and an hour later headed down to Dorset for my Colourfest volunteer briefing meeting at 7pm on the dot. 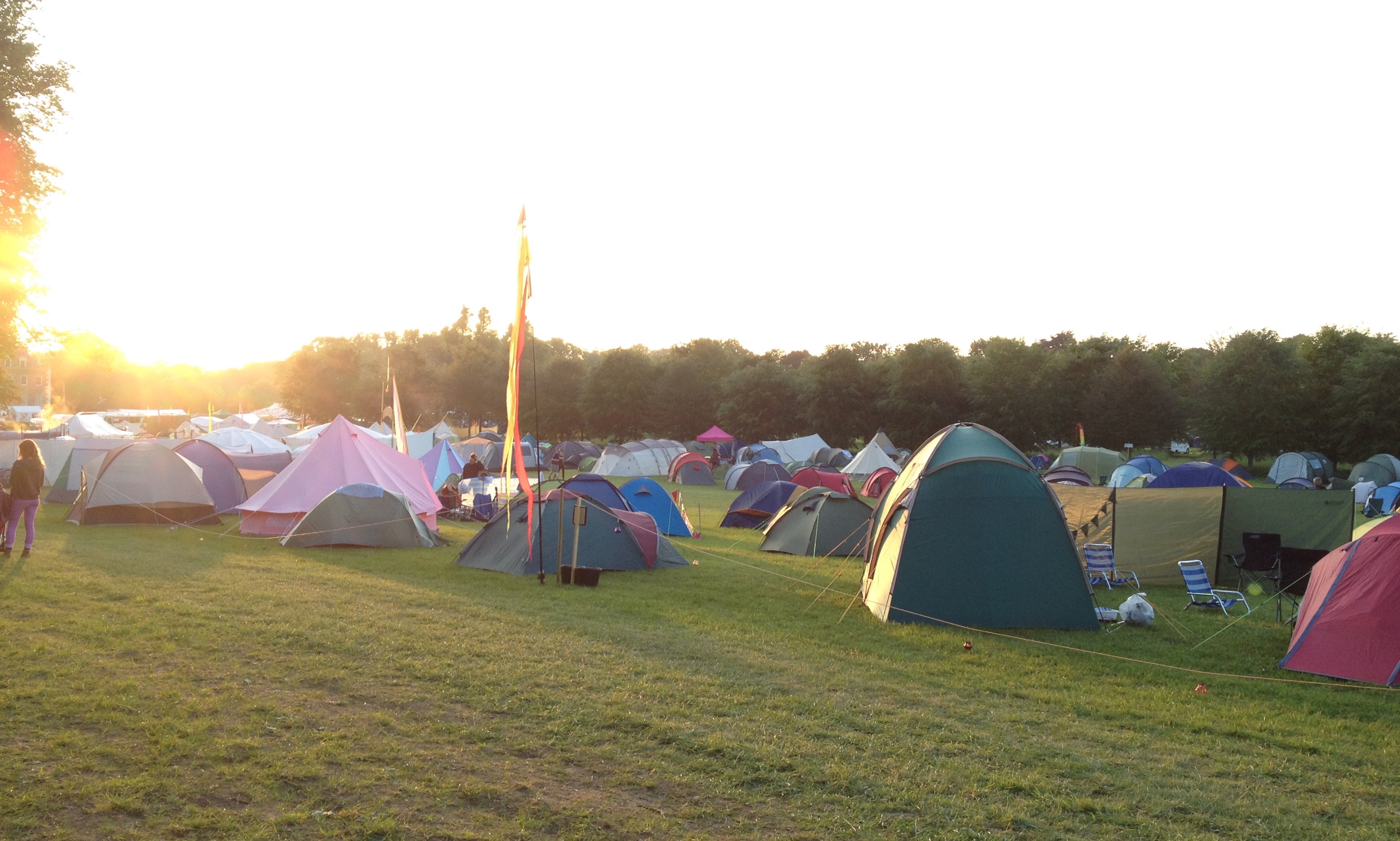 The volunteer role I was chosen for came with a job description (I haven’t had one of those for more than three years!), and included two four and a half hour ‘shifts’ over the weekend on ‘site duties and waste management’.

As you can see below, it entailed litter collection, tidying the marquees between sessions, plumping up the collection of colourful cushions in ‘the cafe tent’, generally being seen in my high-vis vest (can’t believe I forgot to take a photo of me in action!), and answering queries from festival go-ers and visitors.

For that I got a free weekend ticket (which would’ve cost over £100), and a hot and surprisingly delicious vegetarian meal each day. Awesome. I loved it! 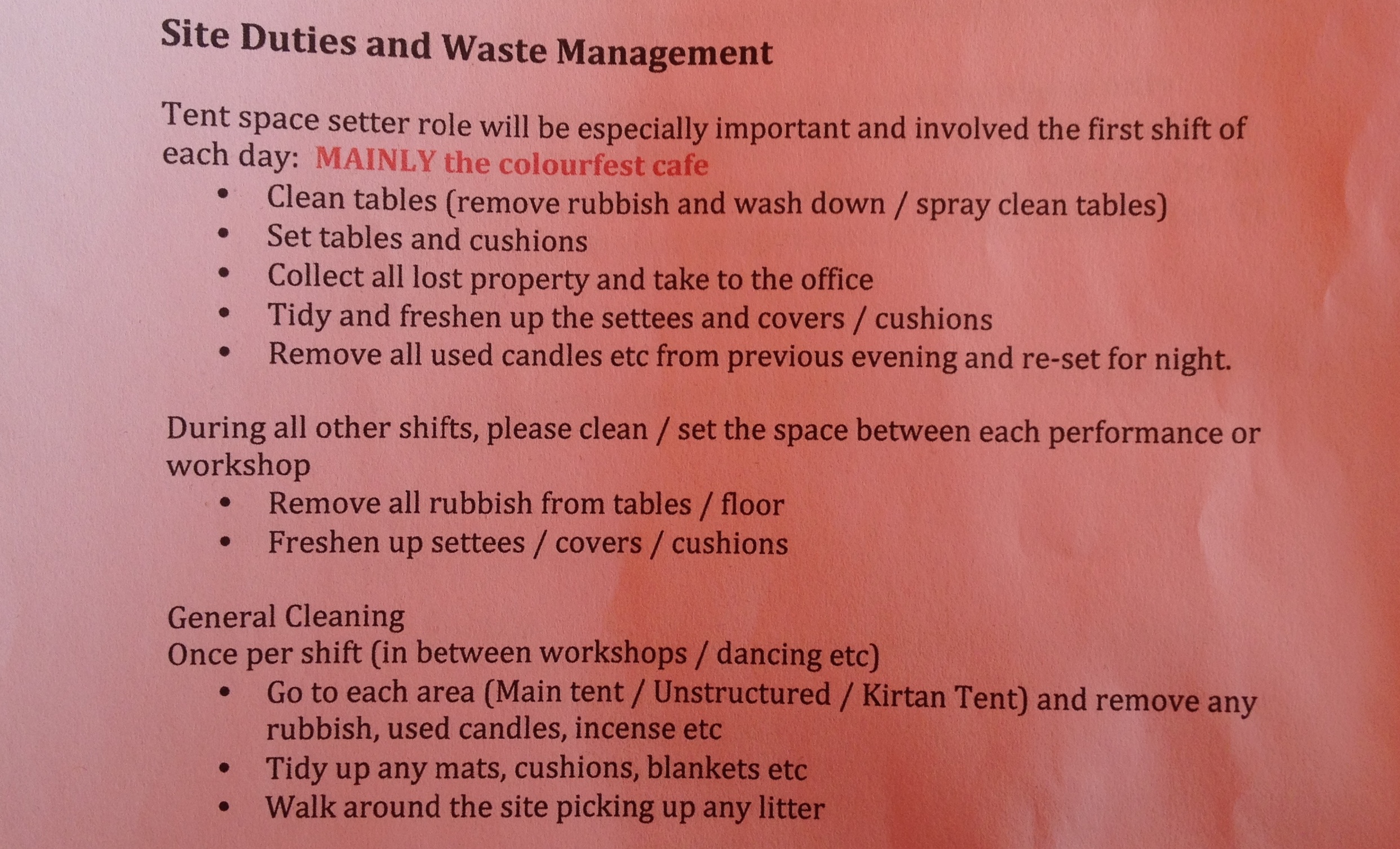 The yoga inspired family festival is held in a stunning location, nestled amongst 5,500 acres in the grounds of St Giles House in Wimborne St Giles, Dorset.

As well as yoga and a whole host of other inspiring workshops, there was an open air woodland ‘disco’. I’m not sure that’s what it’s called anymore, maybe that’s a bit 70s? Anyway, on Friday and Saturday nights, Lord Shaftsbury, aka Nicholas ‘nick ac’ was the resident DJ. On Friday night I was impressed with myself for dancing to his music mix – Kim said yesterday what the music was, but it’s slipped my memory as I’ve never heard of it! It seemed an okay beat to jiggle my aging ass to!

There’s a sad tale to tell about Lord Shaftesbury. His father was unfortunately murdered in 2004 by his third wife and her brother. His eldest son inherited the estate, but unbelievably six months later he also died – of a heart attack whilst visiting his younger brother (the current Earl/Lord Shaftsbury) in New York.

I guess all the money and amazing mansions doesn’t guarantee health or happiness.

Hurrah that despite the tragedies he’s faced, he seems to be a very special person who’s chosen to embrace hosting this fabulous festival on his land. 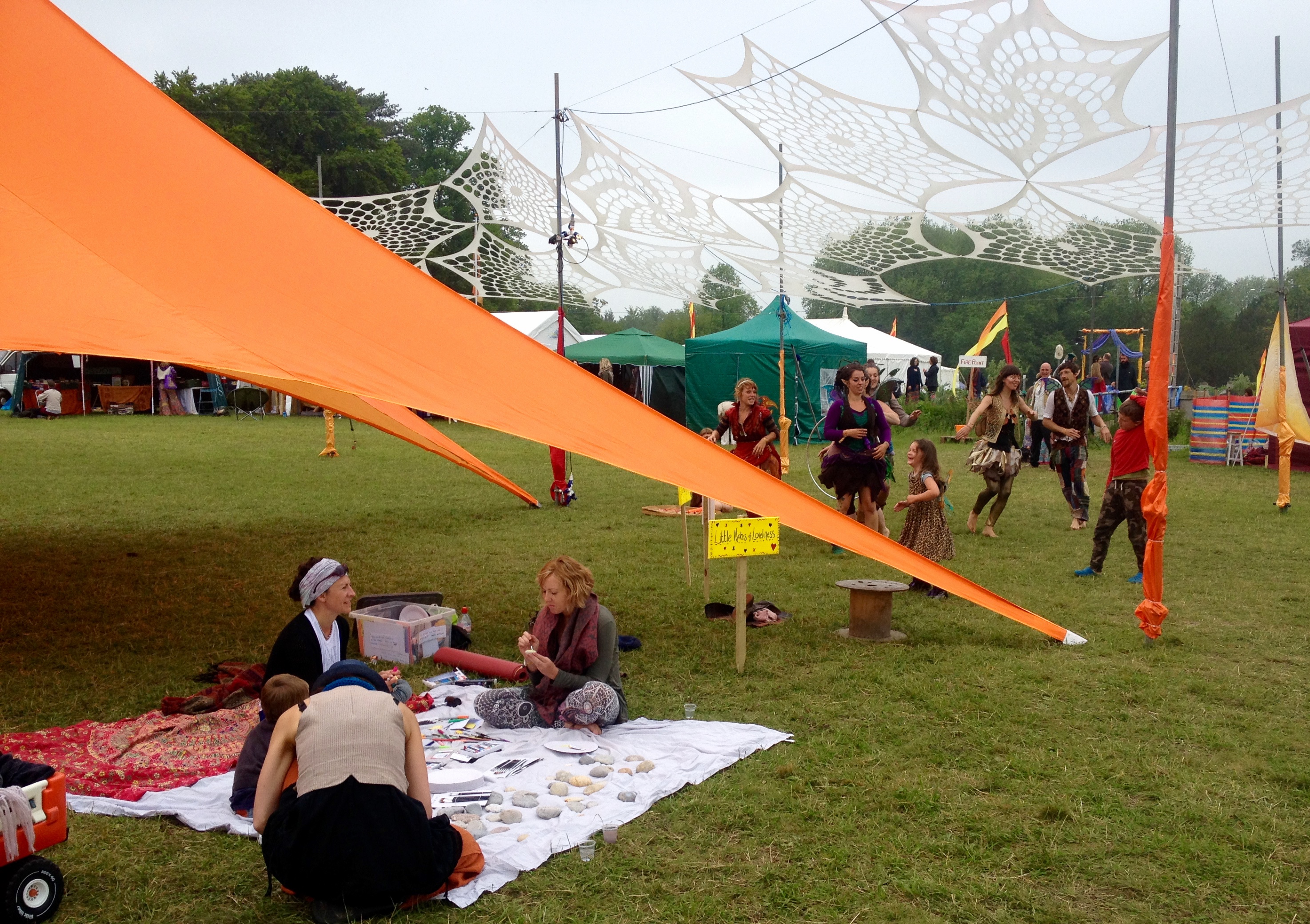 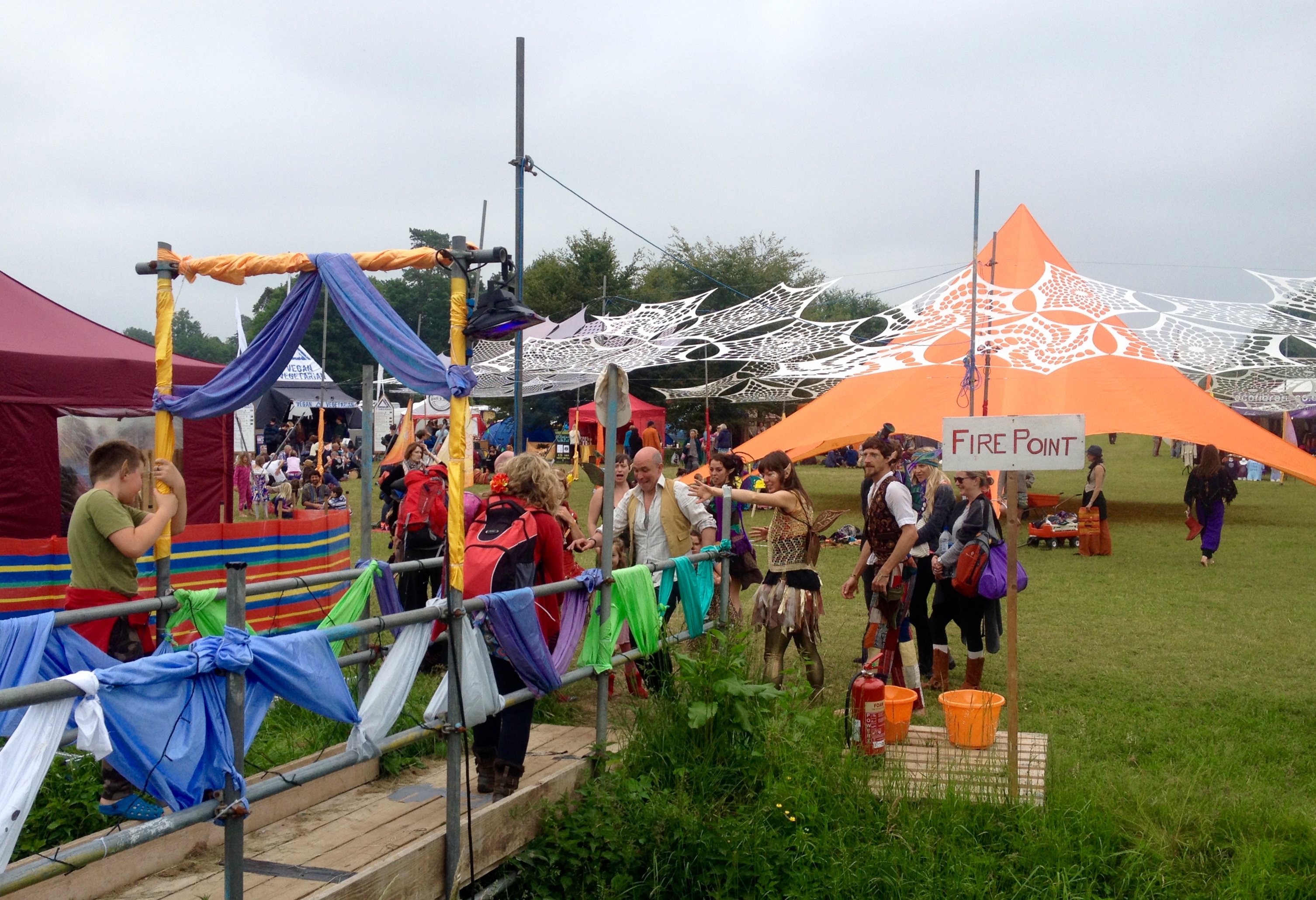 The fairies and elves cross the bridge – avoiding the Trolls 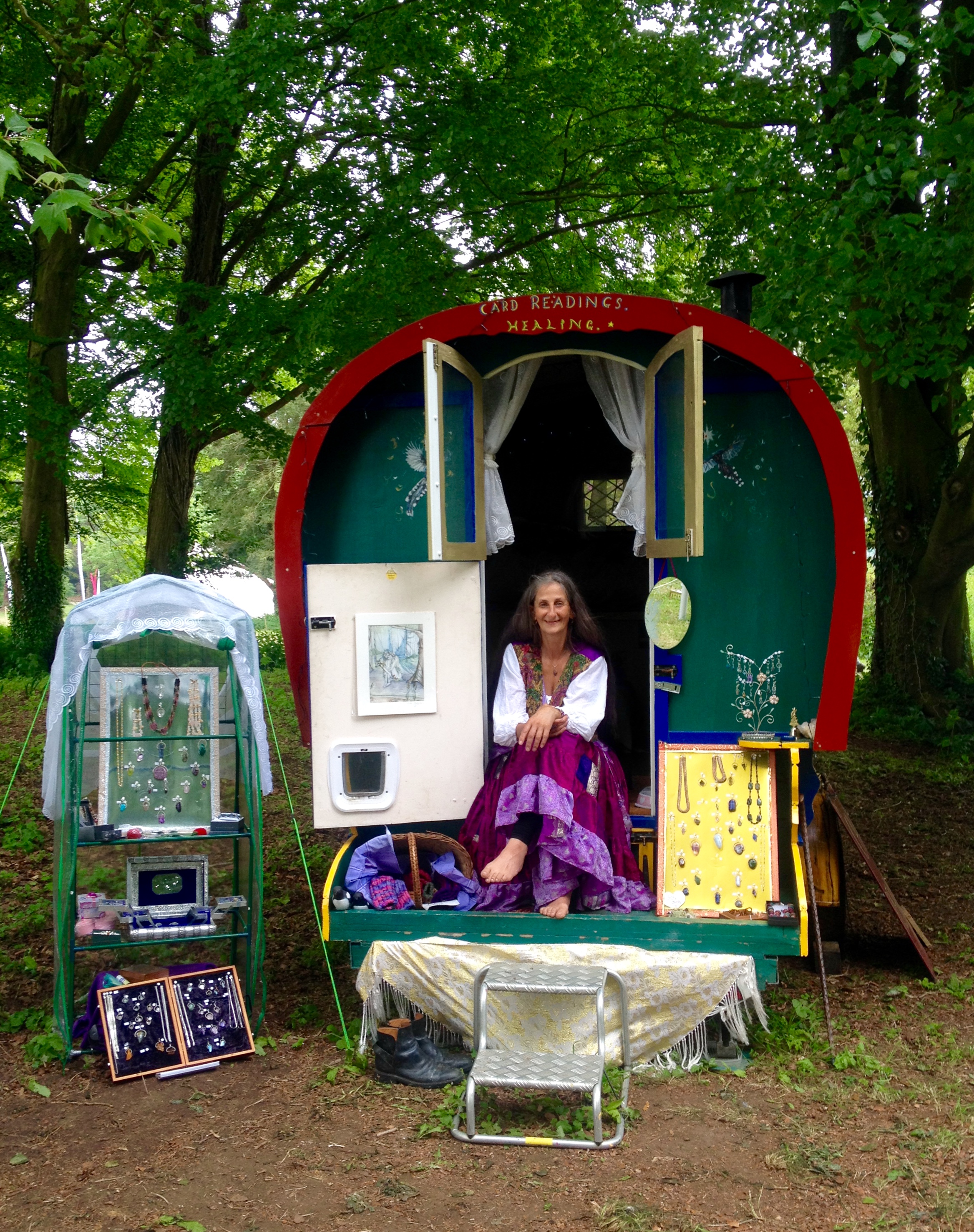 Look at this stunningly beautiful woman – a land gypsy to my water gypsy. She lives in this travelling caravan with her black cat – though admittedly it’s towed by a car rather than horse nowadays she told me 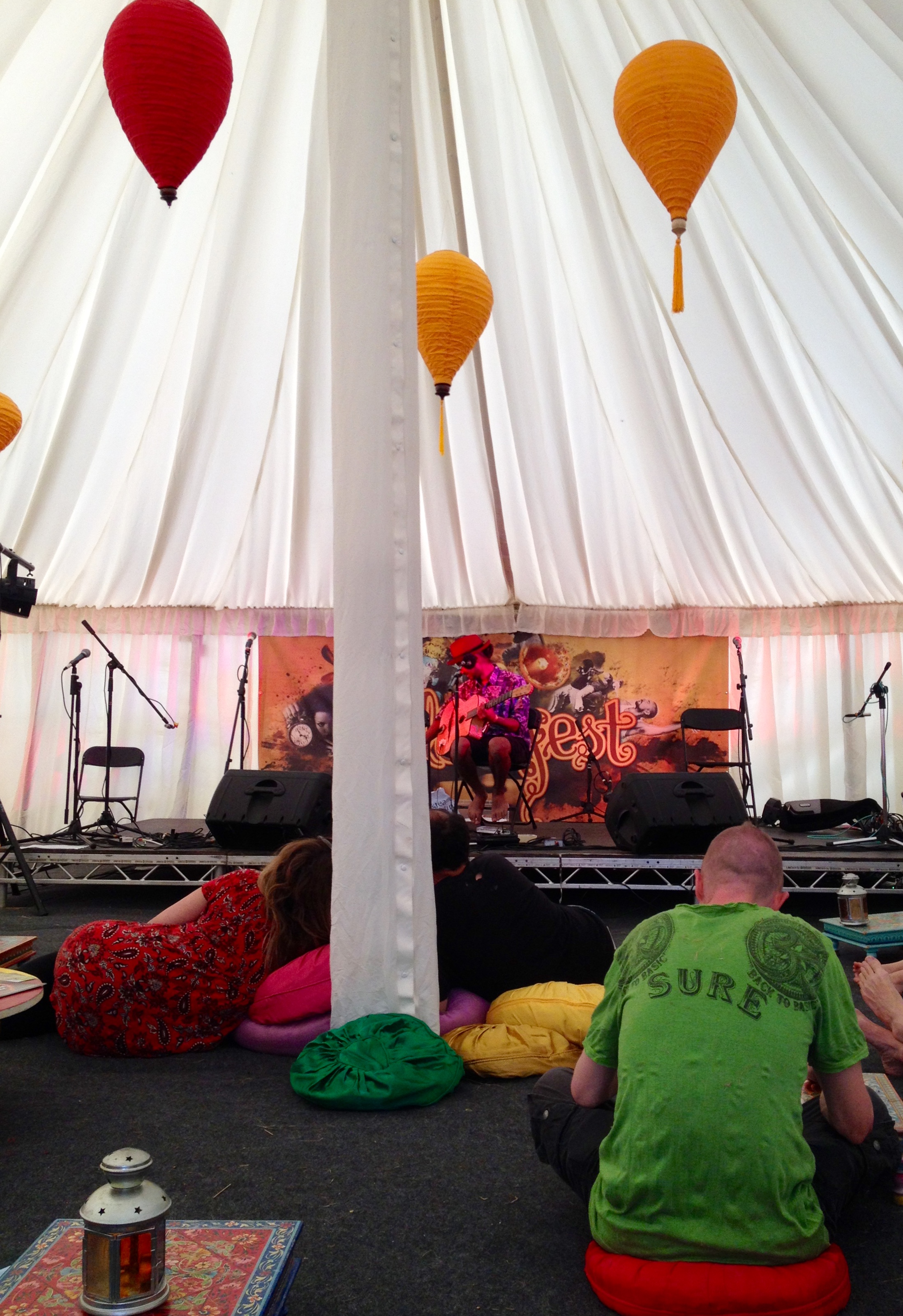 Inside the colourfest cafe tent 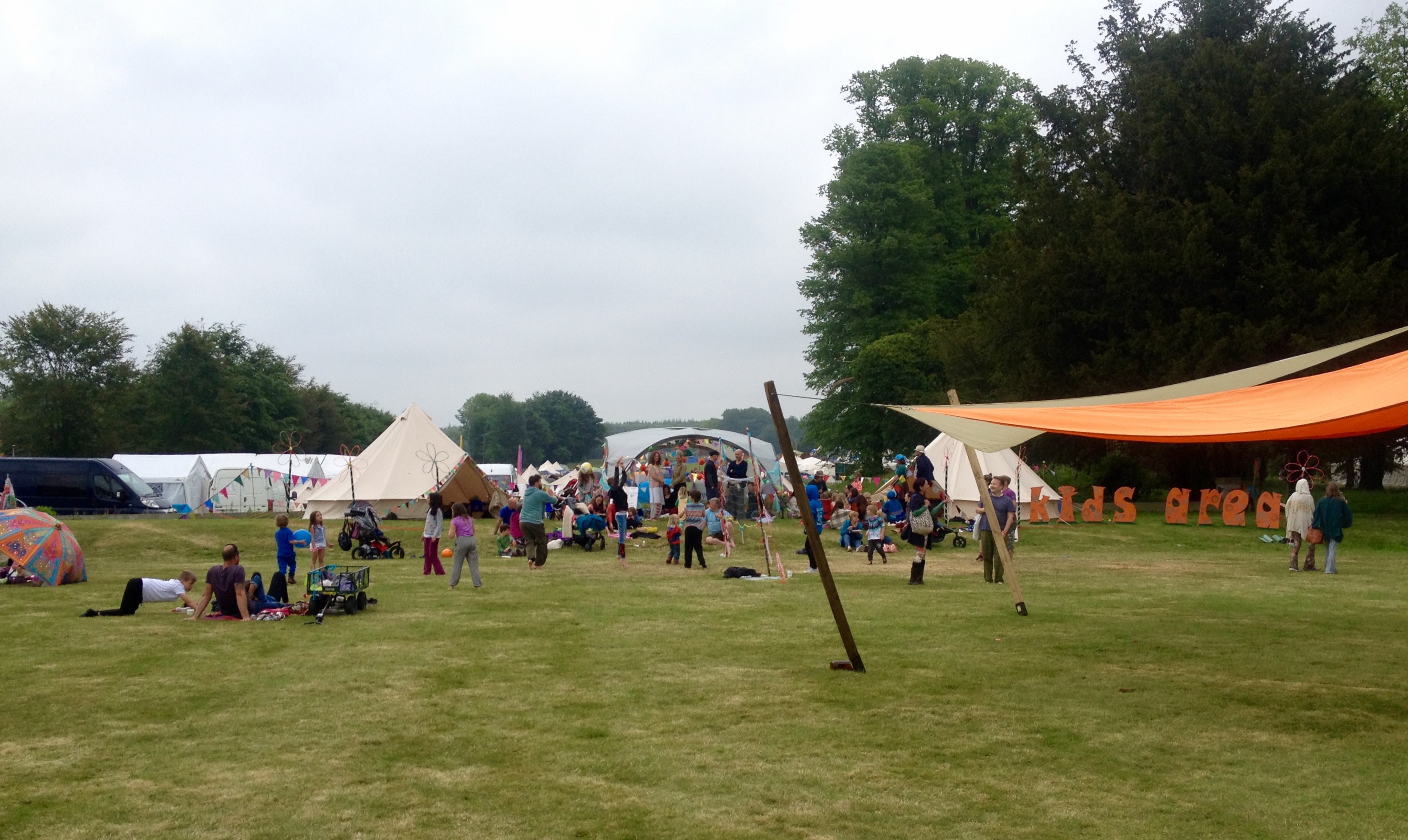 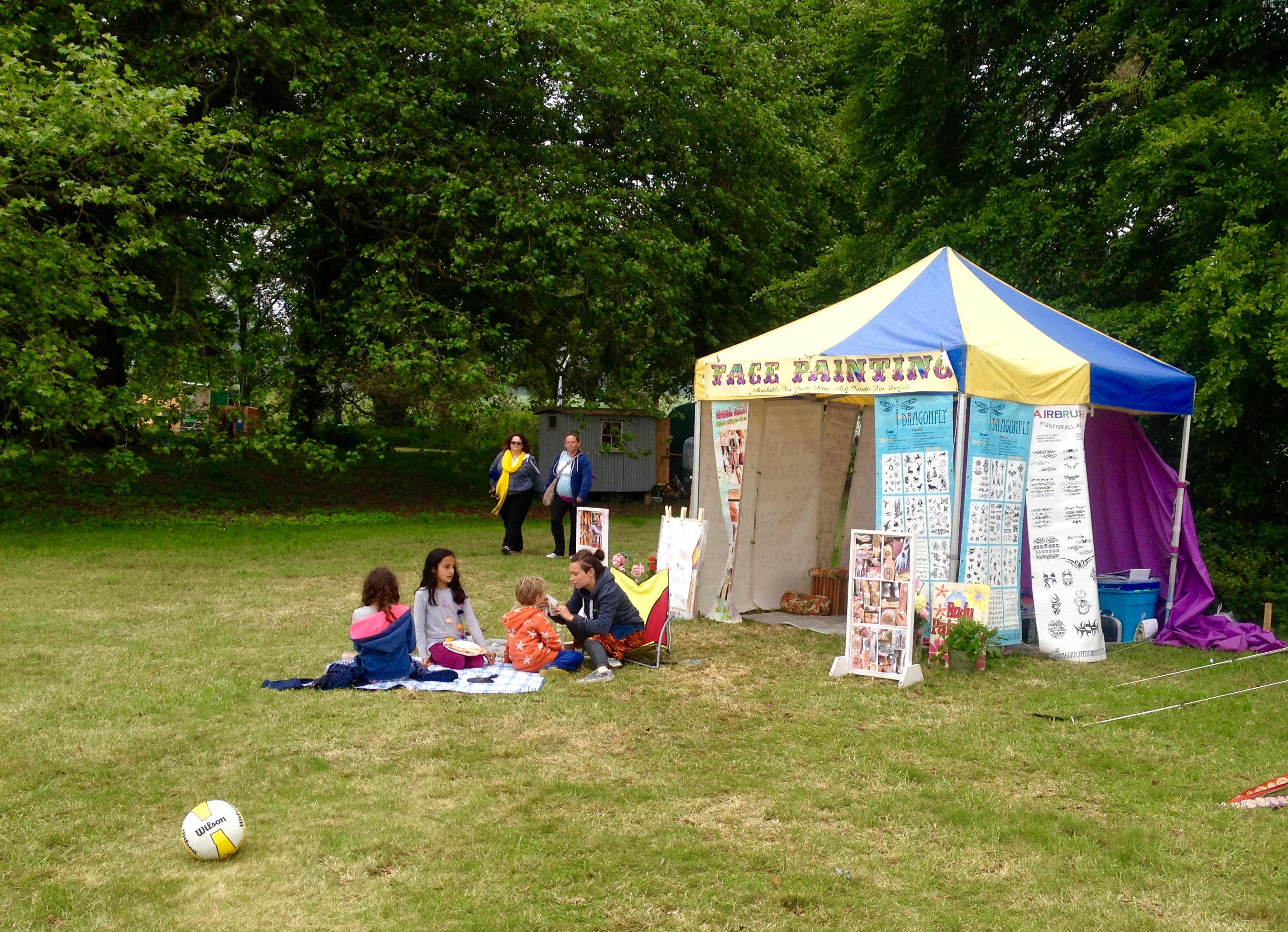 The kids loved the Facepainter – fascinatingly she did many of her children’s face paintings with them lying on a rug on the floor. Now there’s an idea … though unlikely to work with a long line! 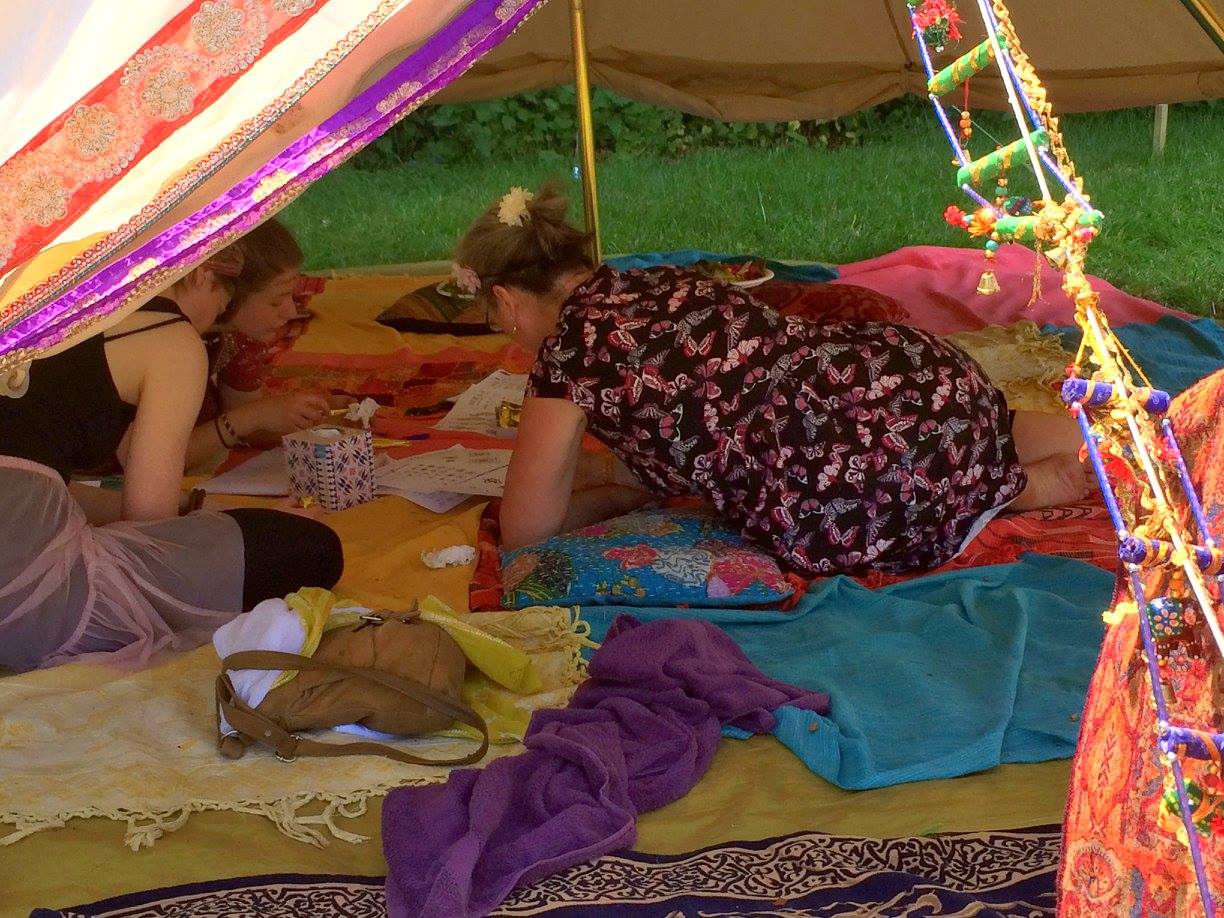 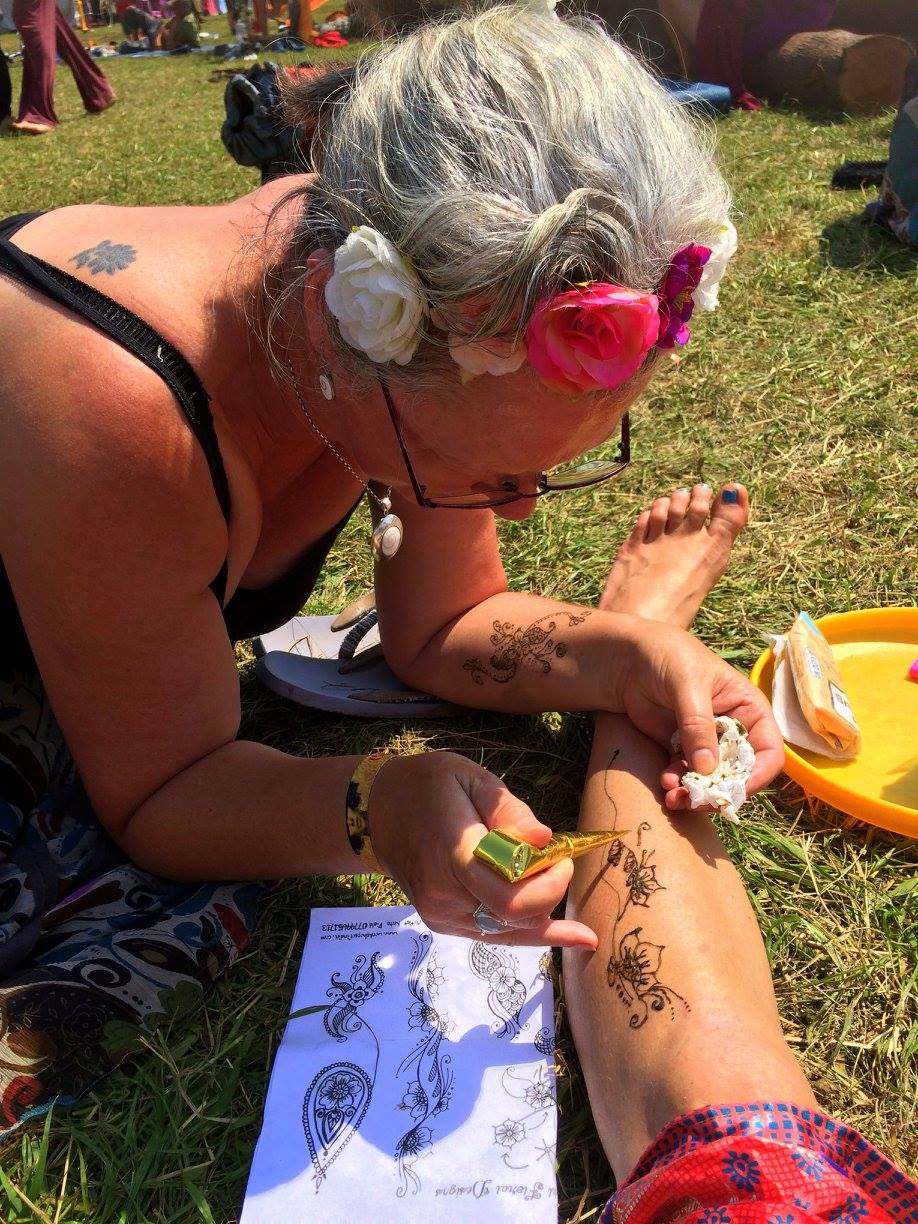 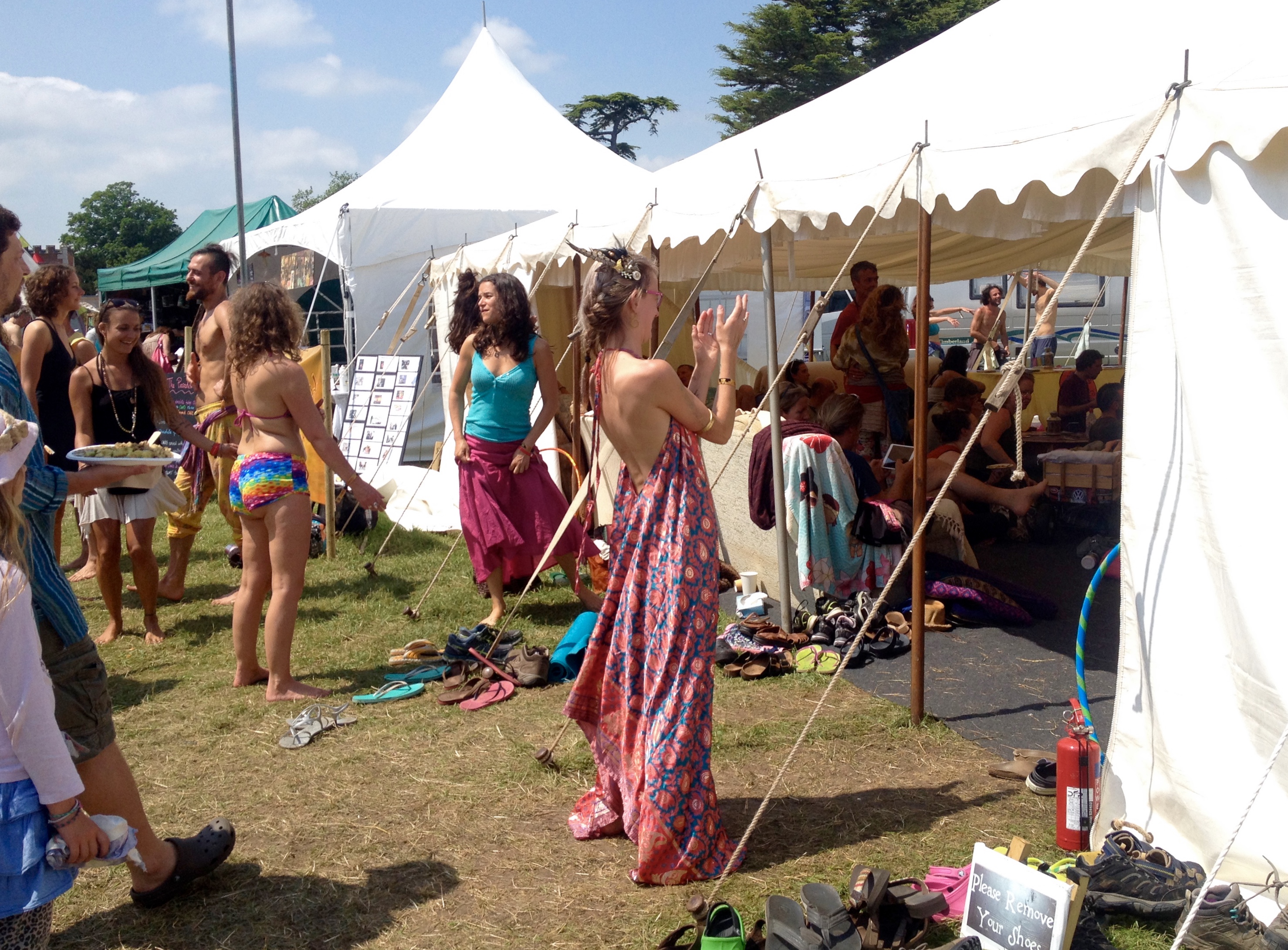 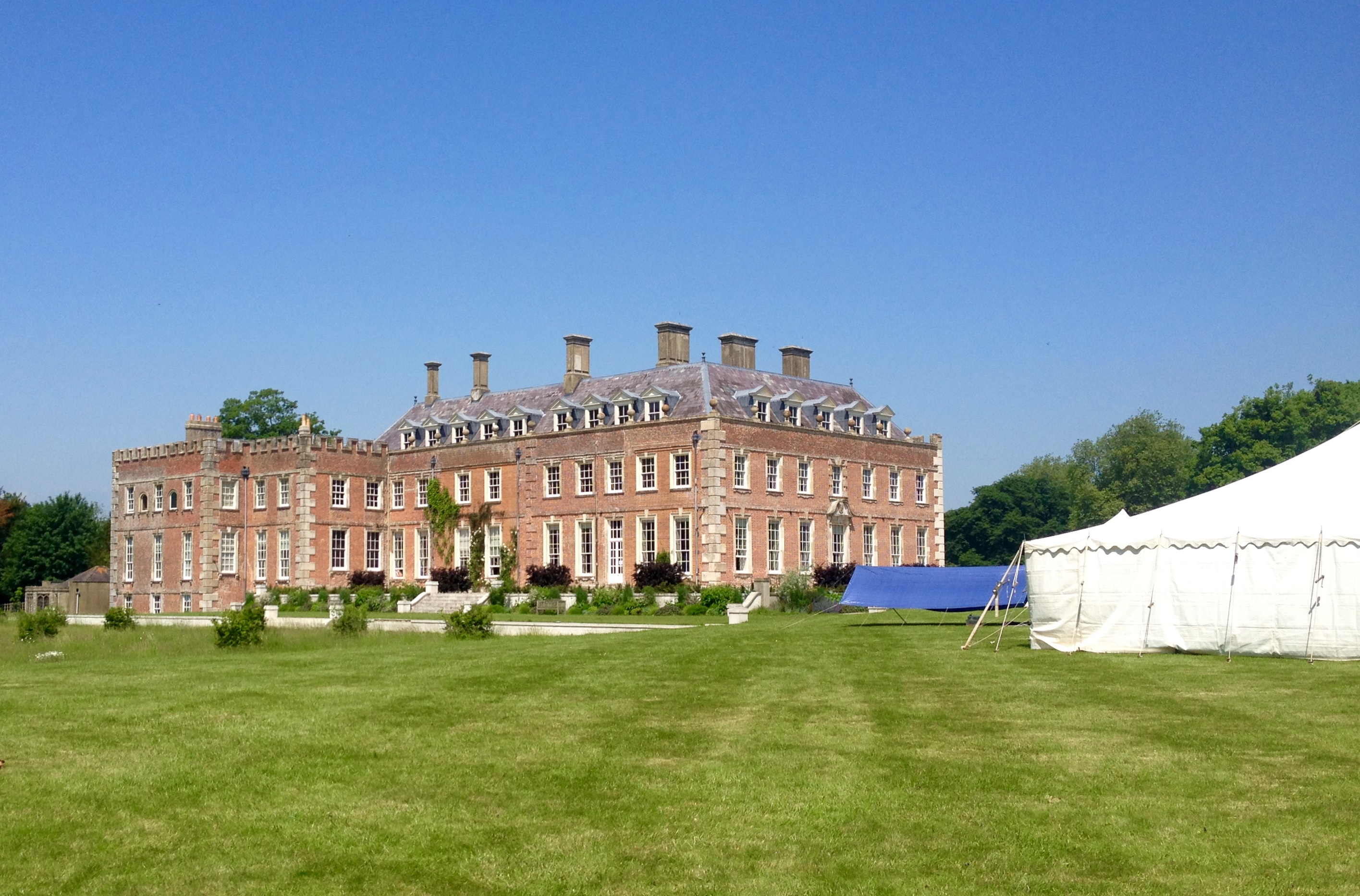 Another view of St Giles House

After two spectacular days (the festival was on for four days in all, due to other commitments I could only get to the weekend ones), we left the site on Sunday evening and drove along the south east coast to Brighton.

A taste of ‘home’ away from home

It was spookily fortuitous that out of only four of The Modern Maori Quartet‘s tour dates in UK, one of them coincided with a night I’d planned to stay with Kimberley.

Since my inaugural sabbatical to Gisborne, New Zealand, in November 2001, I’ve been intrigued, fascinated, and thirsty for knowledge about Maori culture. In 2011 I felt tremendously fortunate and proud to study, over a period of 12 months, for a ‘National Certificate in Māori (Te Waharoa)‘.

At the hospital I worked in, every Thursday morning for a few years I sang Maori ‘Waiata’ with a very special group of people. We even cut a CD (I listen to it in the car and sing at the top of my voice, so uplifting)! So when Kimberley asked if I’d like her to get tickets, I eagerly jumped at the chance. 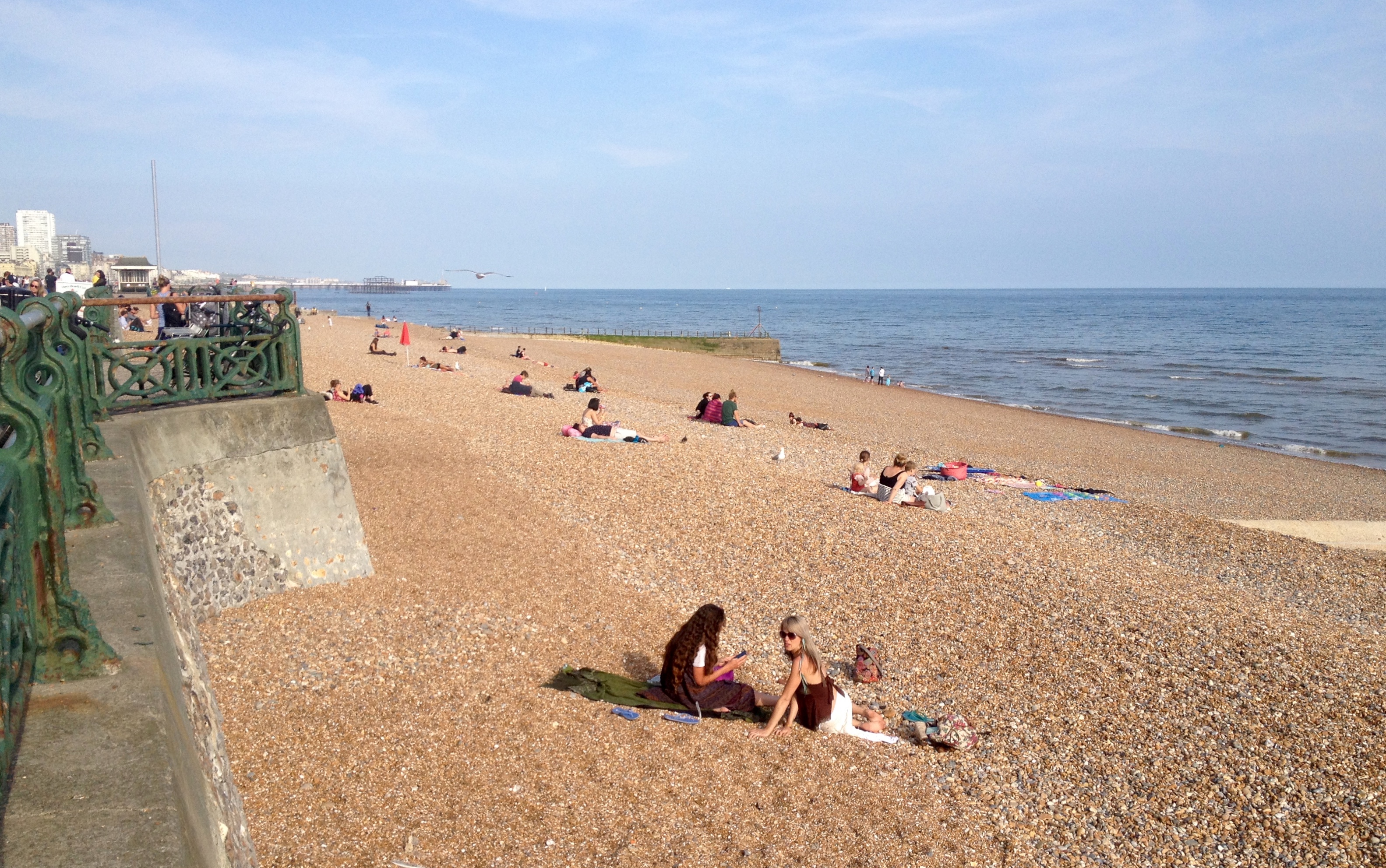 On our way to the Komedia Club in Brighton to see The Modern Maori Quartet – we’d just had fish and chips sitting on the beach. Very special

What an outstanding evening we had.

Some friends we’ve met through our blog, Makuini and Dave, posted in a comment last week they may be at the venue. Low and behold they were sat outside when we arrived. With them was vivacious Vicci, aunty of one of the band members, who’d arranged the tour locations.

Not only did we get to listen to the spine tingling harmonies, and laugh at the cheeky Maori/New Zealand humour, we were also extremely privileged to meet the boys and show them a bit of Brighton’s nightlife after the show.

Choice, as they say in New Zealand! 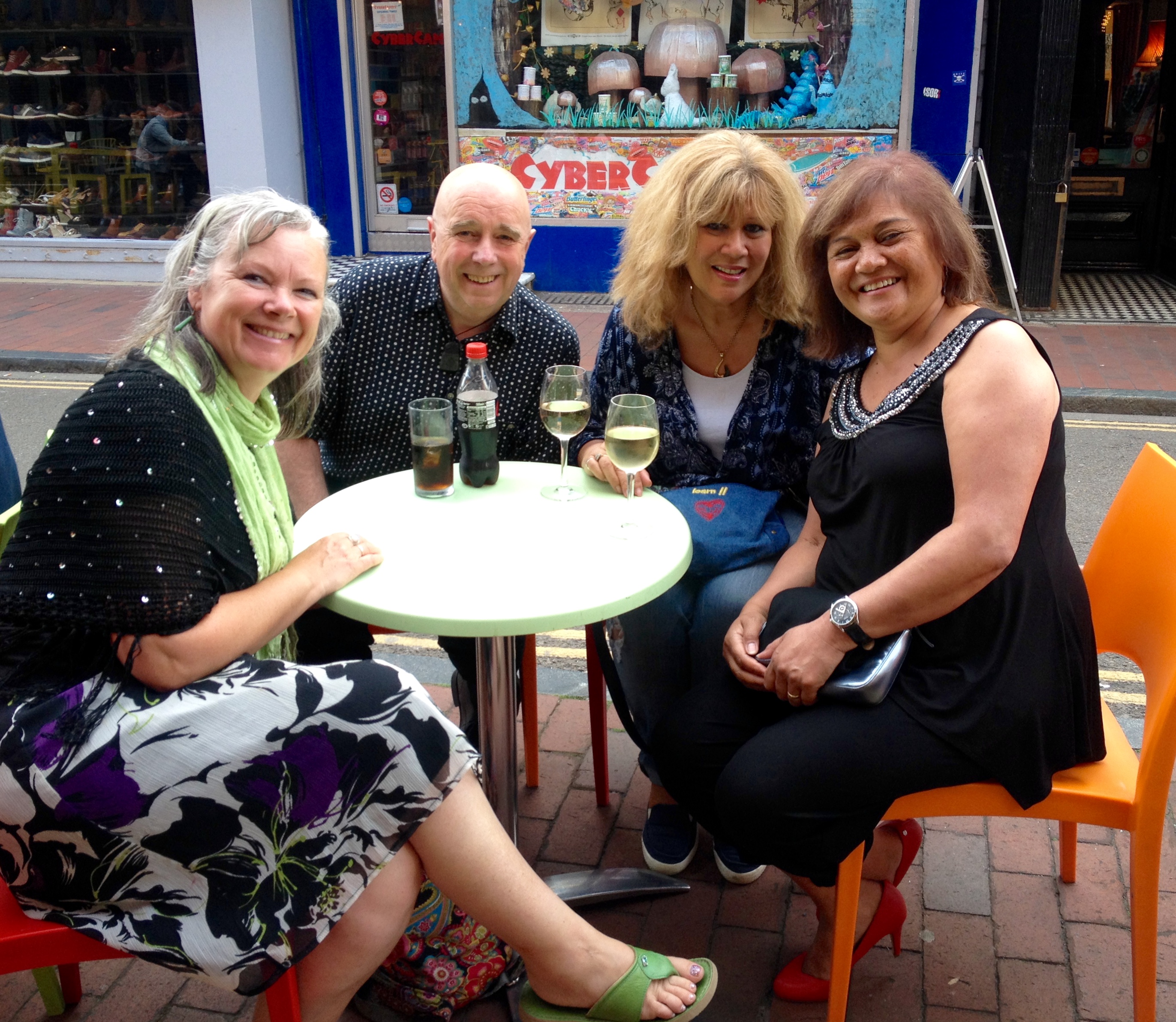 Dave, Vicci and Makuini sitting outside in The Lanes outside the Komedia Club, Brighton, before the show 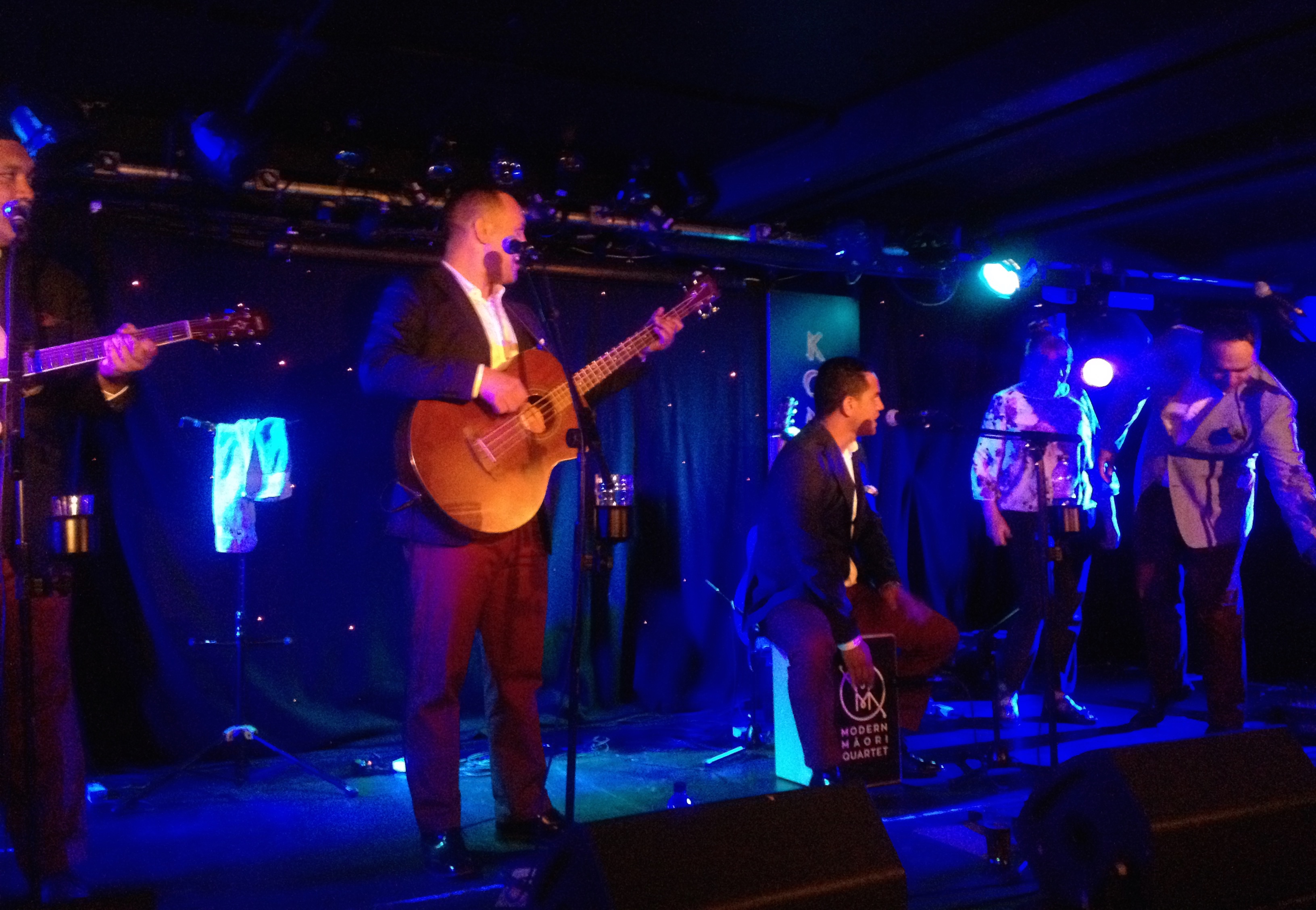 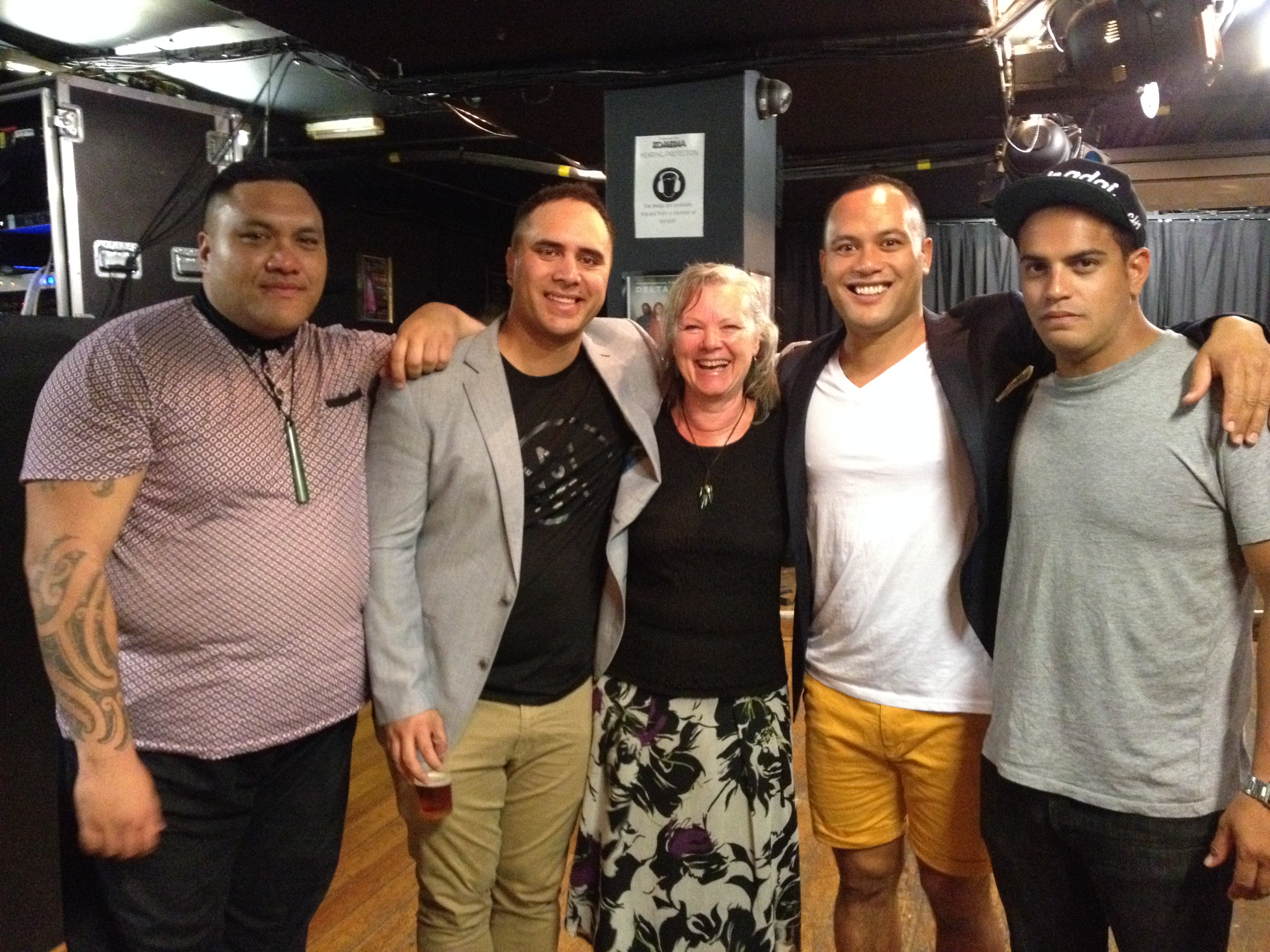 Maaka, James, Sandra, Francis and Matariki after the show

I left Brighton on Tuesday morning returning to mum’s in Ombersley to sort out a few things for her, and drop the car off. I’m catching just the two trains today, Wednesday, to transport me north eastwards to Liverpool Lime Street where, if all goes to plan, Barry will be waiting to meet me.

A challenging passage to Liverpool

Barry arrived on Tuesday at our next trading location, having negotiated a number of swing bridges. He’s told me he had to get a few passers-by to assist him for many of them, as it’s nigh on impossible to work the swing bridges AND drive the boat through as a solo boater. Two of them necessitate advance booking, and are manned by C&RT staff, as they entail halting traffic on some very busy roads.

We’ll be returning down the same route early next week so I’ll be able to post some pictures then – a new stretch of canal for us.

Firstly though we’re looking forward to trading at the Eldonian Canal Festival this weekend, followed by another few days of craziness travelling a fair distance southwards to get to Middlewich Folk and Boat (FAB) Festival where we’re both trading on 18th and 19th June.

On a side note, we’re fast approaching round two of Barry’s ridiculously complex Spousal Sponsored UK Visa application (his current visa expires on 21st July). More on that to come …