It’s no secret that we’ve grown rather fond of Birmingham.

We’d never heard of it prior to stumbling on some live filming at The Black Country Museum. Unaware why there were photographers and people bustling around the canal-side, and spotlights in the boatyard, Barry asked another spectator who informed him what the commotion was in aid of. Of course our interest was aroused by the double whammy of a Birmingham-based production and canal connection.

Since then we’ve watched the first series on Netflix, and we’re currently watching the second series thanks to a fabulous friend who shared his copy (thanks Mike!). Just don’t anyone reveal what happens in series three that started earlier this month on British TV – it could be a while before we catch up with that. 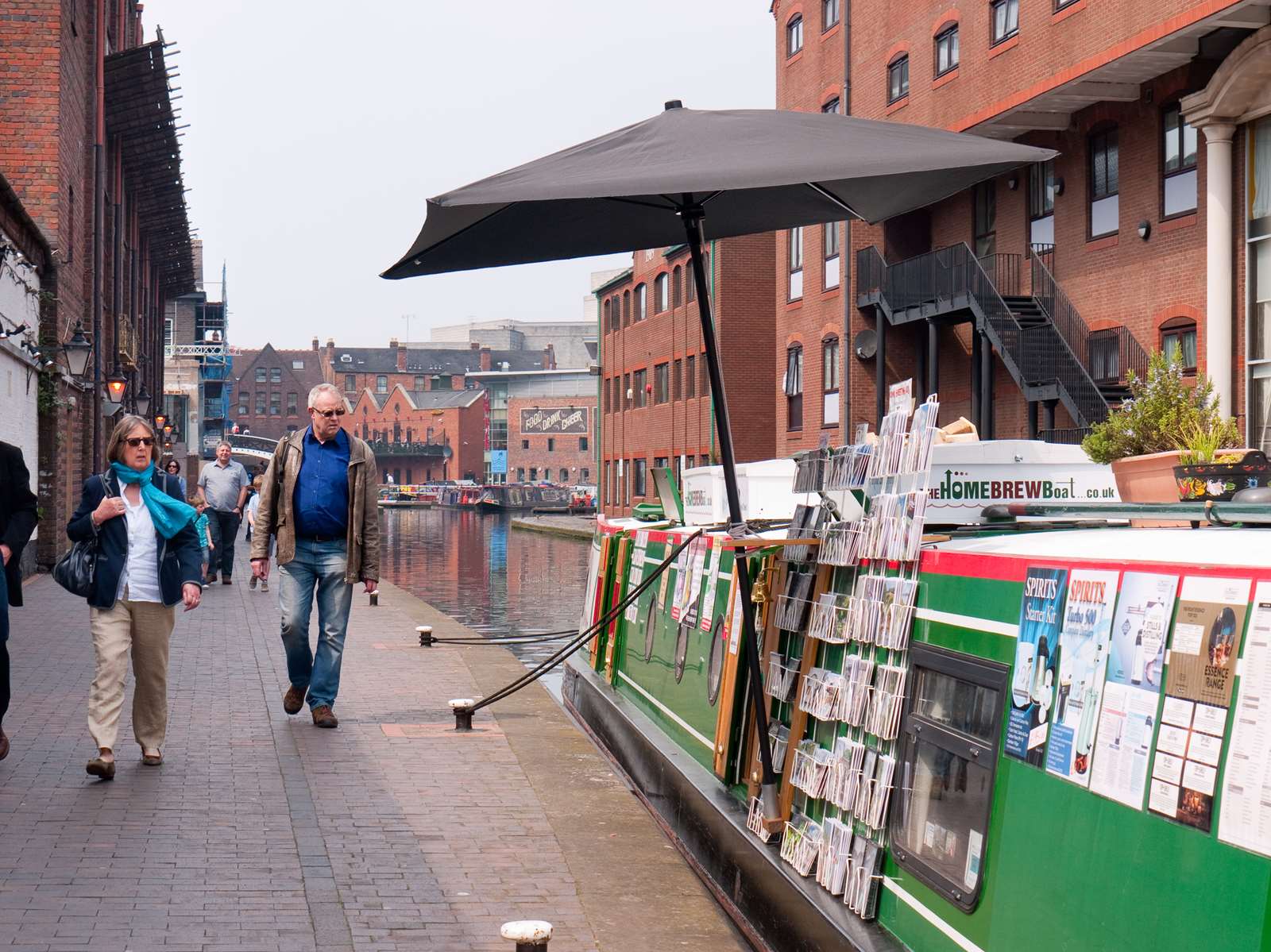 In spite of our endearment to the second city, it was quite a relief to leave the bustling busyness last Thursday, after spending almost a week there. We soon find any city life rather oppressive nowadays. It’s fascinating initially, but the novelty wears off fairly swiftly.

Being so near to many of my friends, Birmingham usually entails a few visitors.

Anita, who was one of my magnificent midwifery mentors in the late 1980s, and her husband Mike, came for dinner on Saturday night – and brought us series two Peaky Blinders. Which makes them even better friends!

On Sunday morning, another previous midwifery colleague, Marina, brought breakfast to share. Living in a house, and owning a narrowboat, gave us plenty to chat about.

It was my oldest sister Katherine’s birthday on Wednesday 11th May, and that evening she jumped on a train from Lichfield to join us to watch some live music and dance in Centenary Square, for the Birmingham International Dance Festival. Sadly not as spectacular as the organisers had planned due to inclement weather.

Another good part about being in Birmingham was attending a two-day event by The Coaching Academy at The Copthorne Hotel. How amazing to have the gift of ‘free’ accommodation and a five minute walk to the venue. I’d been wanting to do the course for a couple of years, waiting and watching for an opportune time. A fantastic experience, meeting lots of lovely people, and opening up a range of further development opportunities. If anyone’s considering Coaching as a future venture, I’d recommend these taster sessions to see if it’s something you want to pursue. I’m aiming to do their NLP (Neuro Linguistic Programming) Practitioner course next year to add to my skill-set as a Holistic Life Coach. 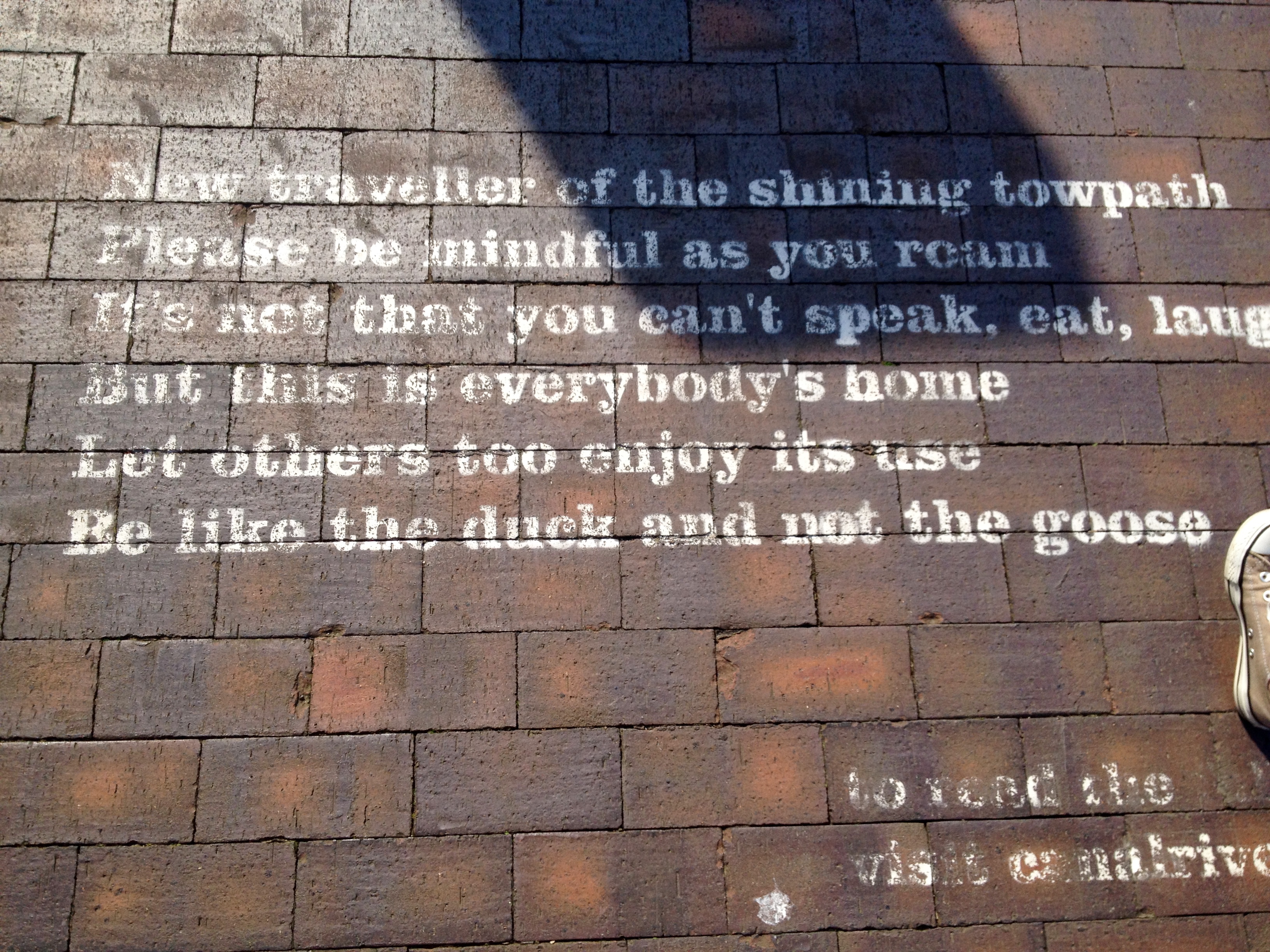 We expect a high level of noise when mooring in the city, so it’s not a surprise to hear such disturbances as a rowdy fist fight outside the boat in the middle of the night. In fairness I heard nothing – my clever ploy involves the use of ear plugs to secure my at-least-eight-hours-a-night routine. Unfortunately our newly formed trading buddy Ziggy, who’d moored up next to us the previous evening, slinked away just after dawn feeling the drama was a bit too much for him. 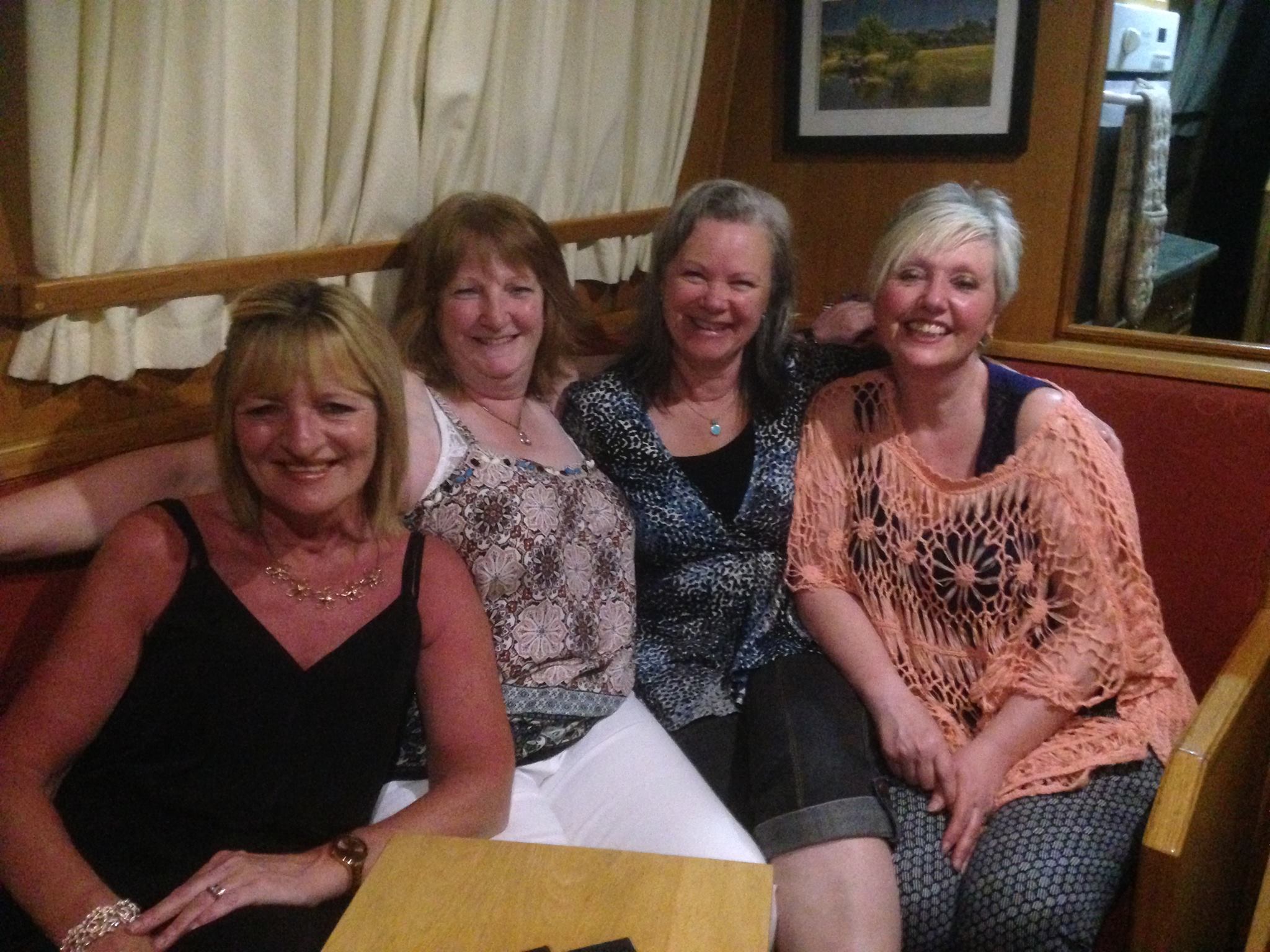 On the Sunday evening my ‘old’ schoolfriends Kerry, Karen and Sarah came on board for a few drinks. Such get-togethers always involve hoots and howls of laughter as we reminisce and share what we’re up to on life’s travels. That part is the good bit, however …

I hadn’t realised the kitchen side-hatch was still open, and as they were all leaving the boat around 11.30pm, a thin and fairly well dressed male had heard our raucous giggling and crouched down to chat to Barry there.

He seemed distraught and informed us heatedly that he and his wife had been abandoned in town by his inebriated brother-in-law, and had no money for a taxi. Offering to leave us his watch, his clothes, or call his mum to vouch for him (!!), the scam artist talked us into giving him a few pounds. Barry saw right through him though and suggested he’d walk with him to help his wife out, knowing full well he was telling pork pies. Suddenly, though unsurprisingly, his story altered and his wife had instead left with his brother.

Barry’s rarely driven to any form of anger or violence, but at this about turn he rightly or wrongly grabbed the scoundrel by his collar and told him in no uncertain terms he was a liar and a thief and to hand his extremely honestly hard-earned money over.  He duly returned it and scuttled off unhappily.

Another experience that felt ‘bad’ for me, was visiting the John Lewis department store in New Street Station. Barry wanted to check out their cheese kits, which is a new line on The Home Brew Boat. After only a short while I felt myself becoming overwhelmed by the extraordinarily ridiculous amount of glittery, sparkly, expensive ‘stuff’. I actually began to experience an unfamiliar sense of panic, realising my nervous system had kicked in to inject me with an adrenaline hit to cause the ‘fright, fight or flight’ reaction, leading to faster and shallower breathing, an increasing heart rate and dry mouth. I hastily abandoned Barry to his quest, made a swift exit, and took some nice deep breaths until my calmness resumed. That kind of life is definitely not for me anymore, thank you very much.

We were astounded by the lack of functioning light bulbs in some of the main city centre attractions. Millions of pounds have recently been spent ‘doing up’ The Mailbox and we were impressed that the work seems to have been completed at last. Until darkness fell and we saw they’d scrimped on some of the most basic things … 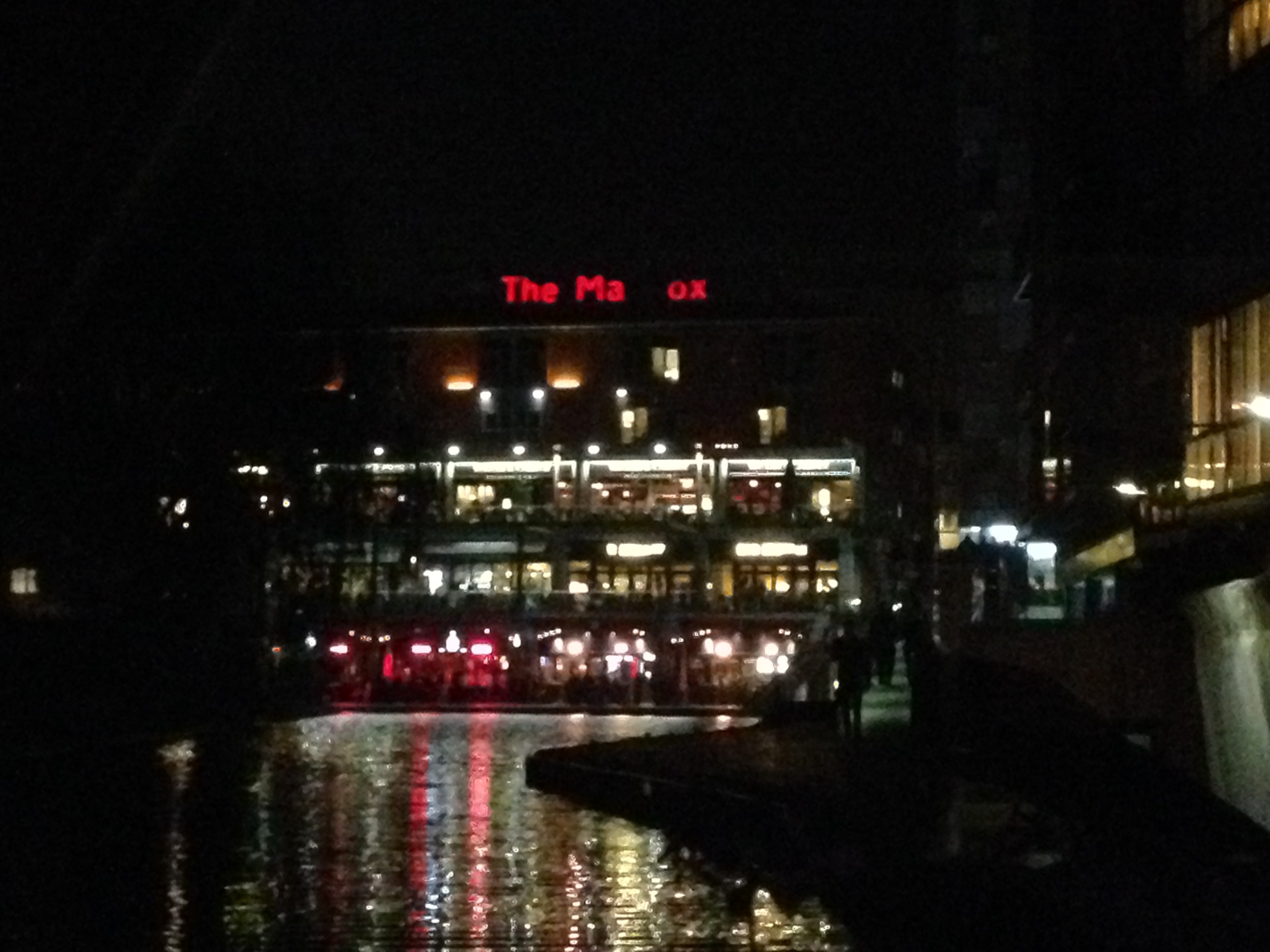 The Mailbox transforms into The Ma…ox at night 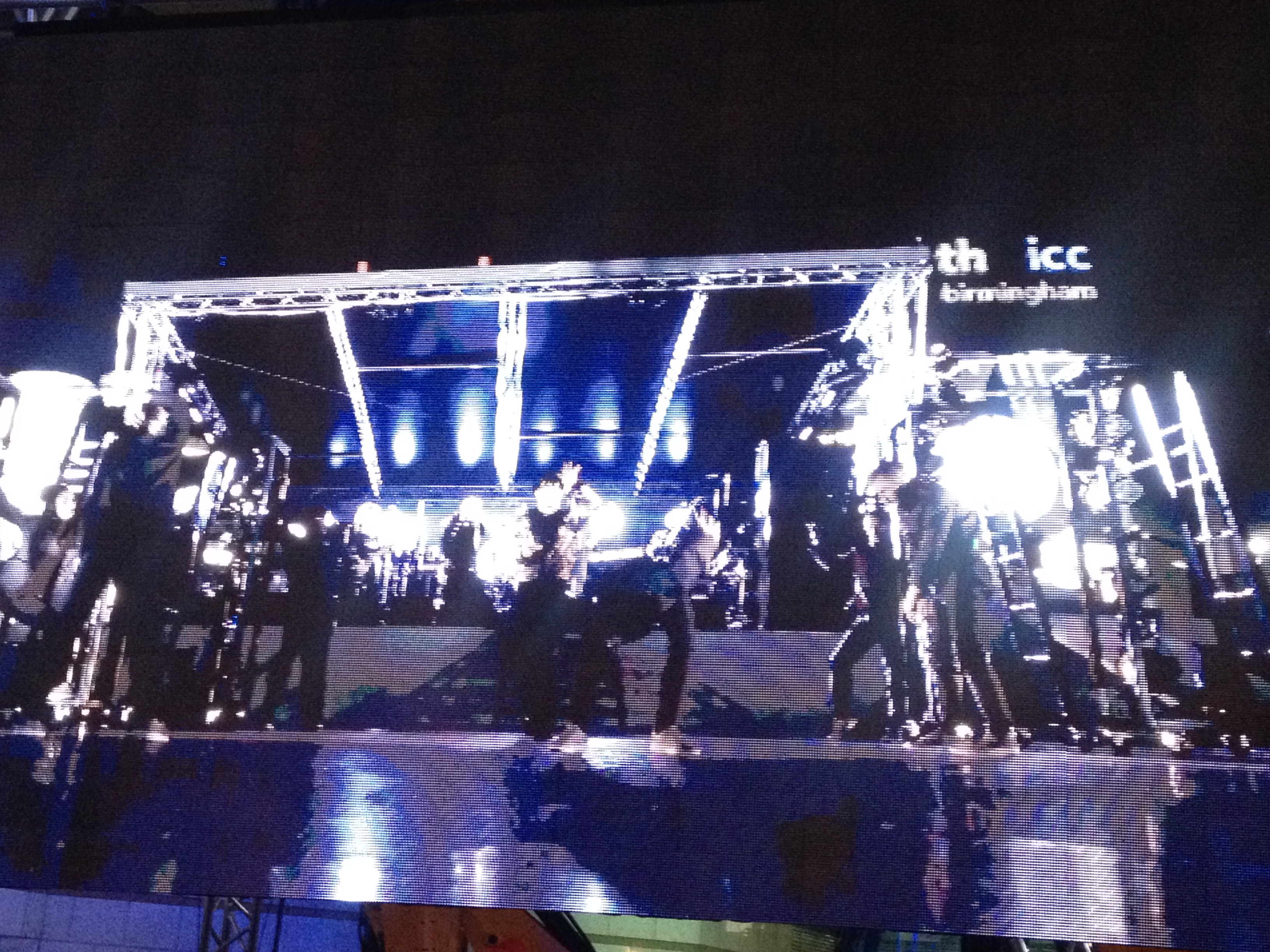 Then there’s The ICC which became Th. icc 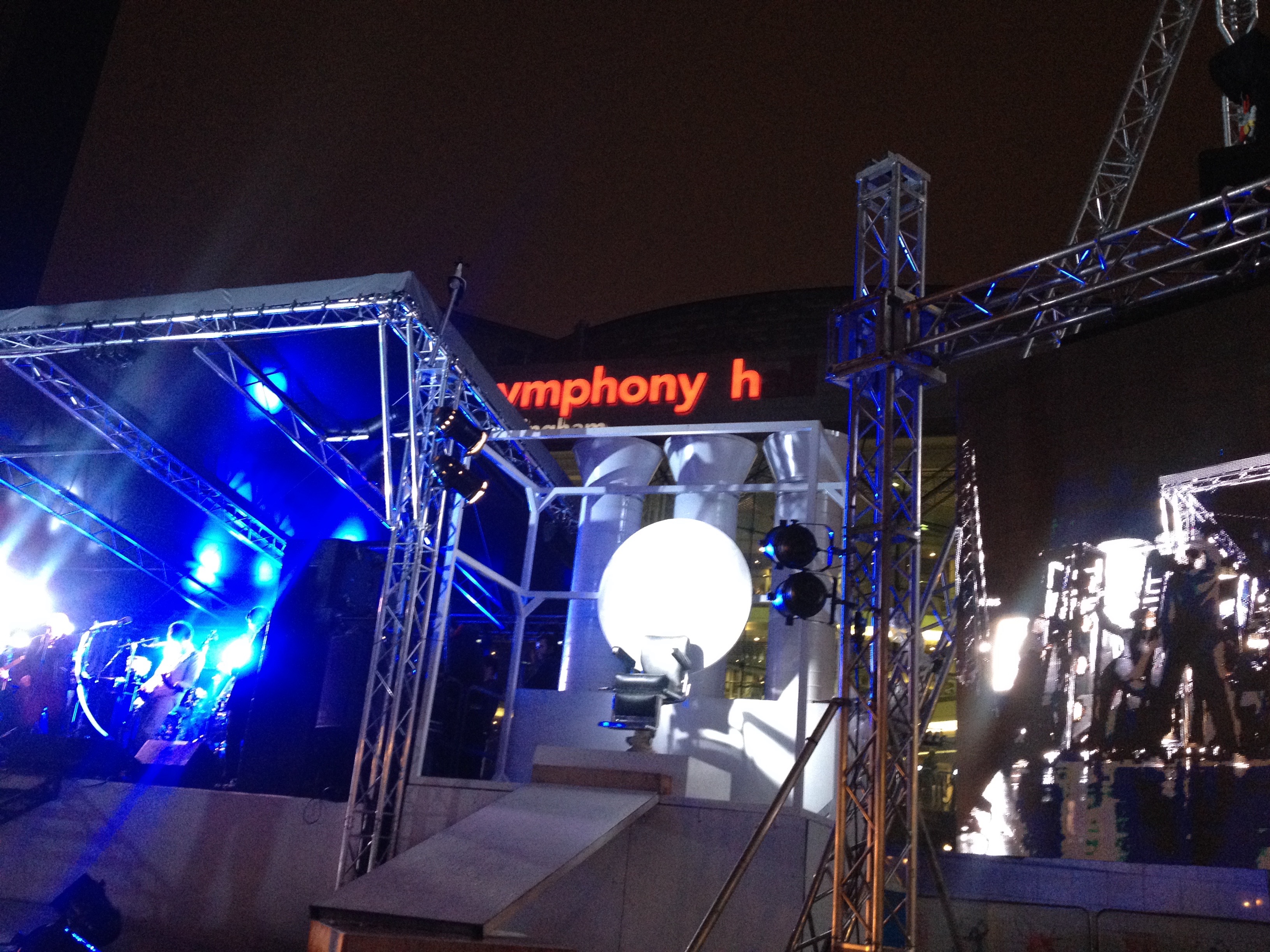 Seriously Birmingham, looks like you need to spend a few more pounds to lighten yourself up a little in the darkness!

Good, bad or ugly – we hope it’ll be the former!

Whilst in Birmingham we took the opportunity to hand in some of our collated paperwork and evidence for Barry’s UK spousal sponsored Visa to the immigration solicitor we’ve instructed to negotiate our case. It’s scarily still uncertain as to whether Barry will successfully tick all the required boxes in the second round, mainly due to the confusing complexity of the process. Let’s hope it’s enough that we’re genuine, and we have sufficient proof of this, when the file is presented to the ‘powers that be’ in Manilla in early July.

That’s life – twists and turns, ups and downs. If all went swimmingly and we experienced only ‘good’, we’d forget how fortunate we are and take it for granted. Every experience is an opportunity to learn and grow. 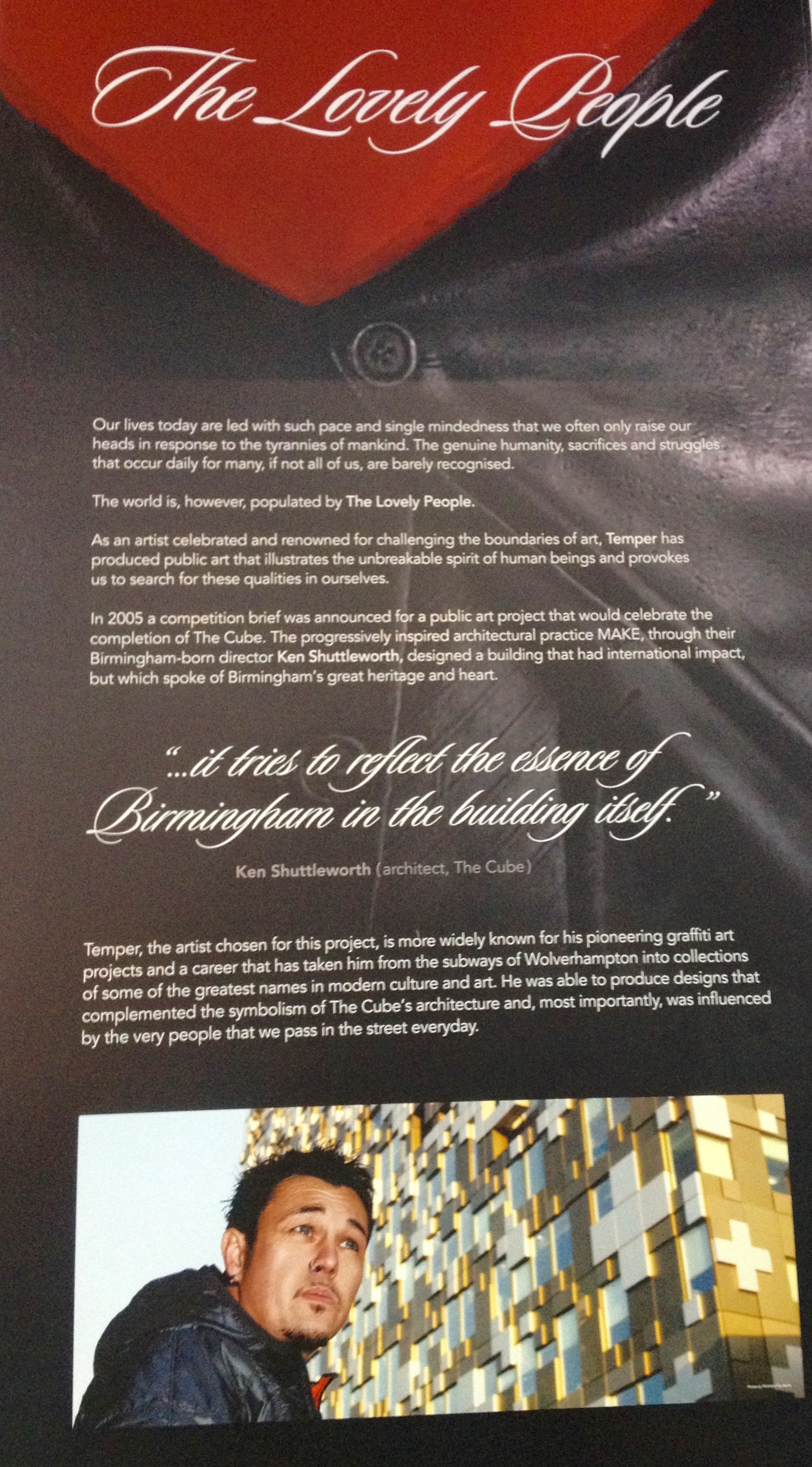 The Lovely People is a collection of inspirational sculptures each containing a red heart, in and around ‘The Cube’ in Birmingham

6 thoughts on “Our week in Birmingham – The Good, The Bad, and The Ugly”