On a narrowboat, ascending 36 locks, with a short lunch and tea break – 6 hours lol!

We were doing great, working as a tandem team as we do. I walk up to the lock ahead and open the gates (we were ecstatic that almost every lock was in our favour). Barry fills the previous lock, gently nudges the boat out, stops it, skips off and closes the gate. 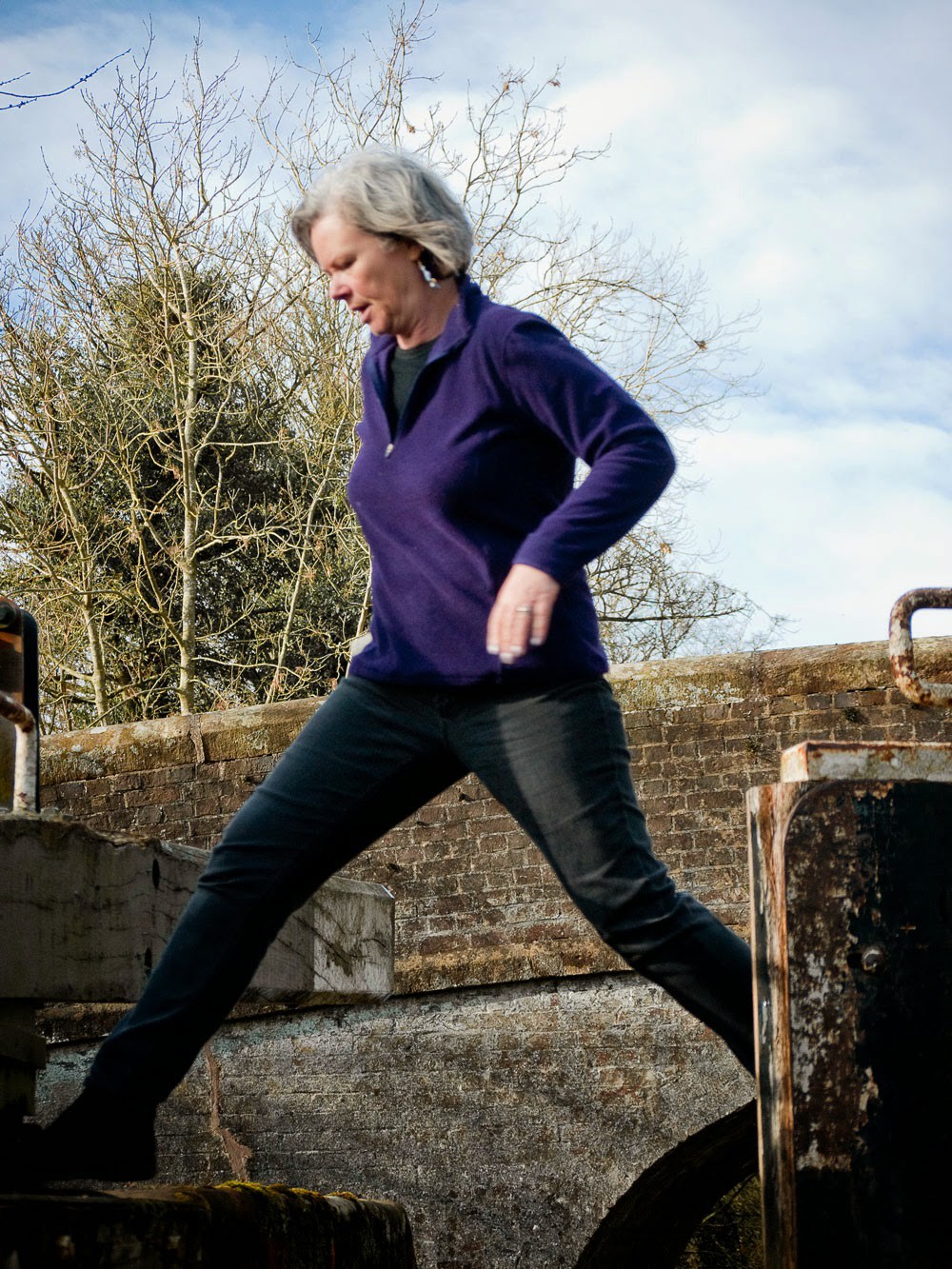 Stepping over the gap in June 2015

Then he drives into the next lock. I shut the gates – stepping across the gap bravely now (I wrote a blog post on my coaching site about ‘stepping over your fears‘ using this technique as an analogy).

It’s not a requirement of course, I could sensibly walk all the way around each lock to shut the double gates, like most boaters do. But I’ve found that so long as I’m in the right frame of mind, and I focus on thinking I CAN (it’s akin to Dan Carter, or Jonny Wilkinson when they visualise the ball soaring through the goal posts), it’s not a problem at all.

Any distraction or momentary lapse in confidence then I bow out gracefully and do it the long way.

So Barry drives in, I shut the gates, he climbs on the roof and walks along to the ladder in the side of the lock wall. He climbs up and opens the paddles at the top of the lock.

I walk up to the next lock …

We’ve got it perfected.

Yesterday was a glorious day for such a feat.

We were doing fine until someone asked us if we were tired. “Not at all”, said we in unison. Shortly afterwards we both flaked miserably, had to stop for a cup of tea, then tackle the final five locks.

I was tucked up in bed by 9pm last night.

It’s hard work you know this life! Just joking. It’s rather splendid really. Being able to get out and about frequently in our fresh air gym is very special.

We’ll be in the heart of England by this afternoon, Birmingham city centre.

3 thoughts on “How long does it take to travel 4 miles?”