Barry hasn’t always been in the ‘Home Brew’ business. Most of you will be aware he spent the majority of his adult life as a professional photographer. After 35 years taking pictures for portraits, weddings, school children, and commercial contracts, he’d begun to lose his snapping ‘spark’.

Fortunately for us all he re-discovered his passion in 2007, when we experienced our inaugral narrow boating adventure for four nights on an Anglo Welsh hire-boat from Tardebigge.

A lot of metaphorical water has passed under the bridge(s) since then, and he’s got thousands of stunning stock images from the Inland Waterways of UK. Some of these have been published in canal related publications – one was even on the front cover of the July 2015 Waterways World.

We invested in a business side-line in 2014, and had hundreds of Greeting Cards printed that we sell from the boat – and online. Initially we chose just twenty images – from our 2009 and 2010 travels.

Some of the range recently sold out – and we’ve been considering extending it with a wider variety of prime locations.

On Monday we picked up the new order – there’s now 34 different images to choose from! There’s bound to be a few you recognise – check them out on The Home Brew Boat website. They’re a snip – and free postage if you order three or more – I think we may be being too generous …

Here’s a list of locations for the latest batch of cards: 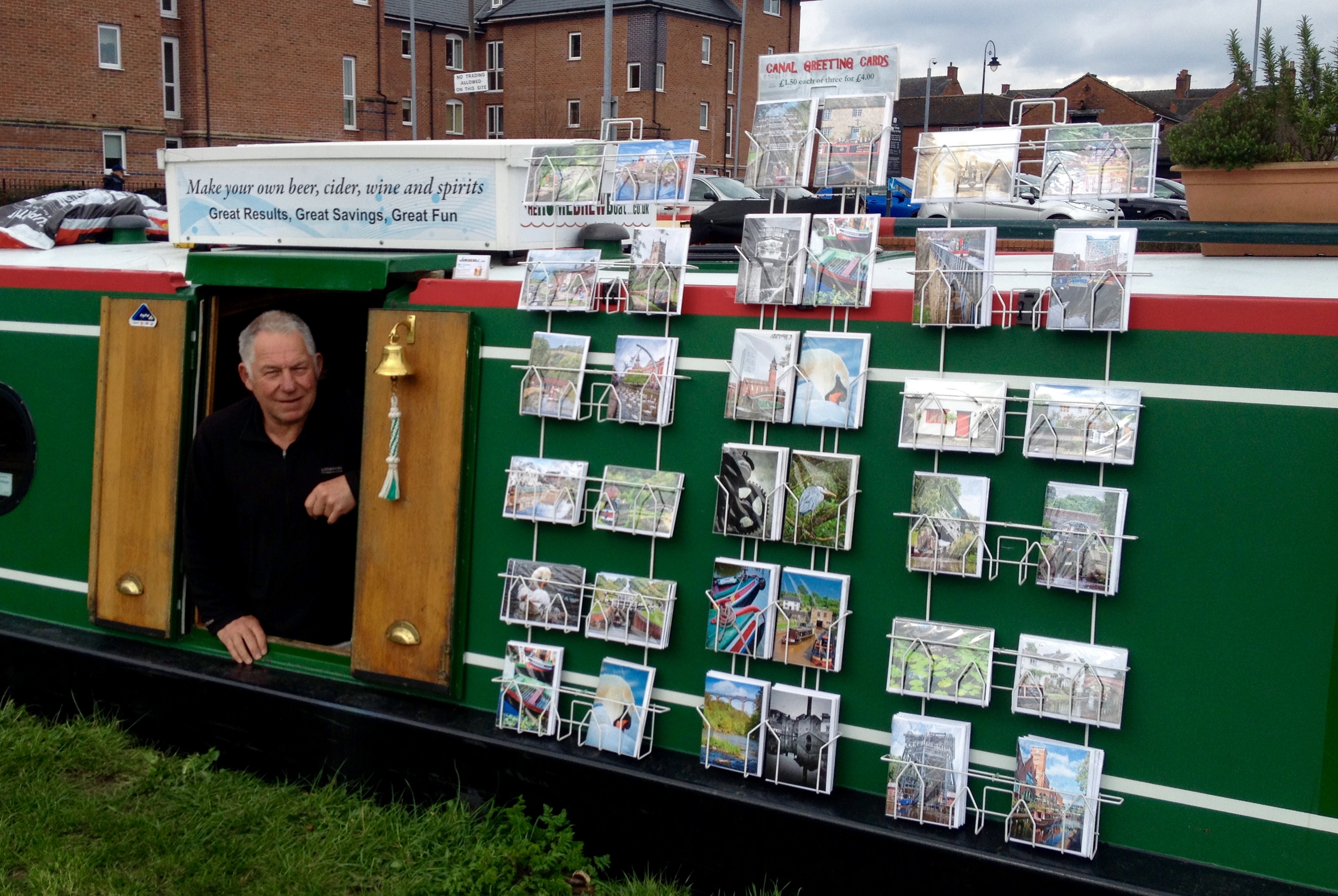 The new collection on display in Stone