I can’t begin to describe how grateful I am to have had this amazing opportunity to bring my mum back to New Zealand to remember dad on the anniversary of his death. They both came to visit me here in March 2002, on my first adventure, so we have many precious memories of fun and happy times.

Mum has blossomed – she seems ten years younger with the constant company, magical memories and of course we’ve been extremely blessed with blue skies and warm sunshine almost daily.

This evening (though it’s now Sunday still in UK!), we fly from Gisborne to Auckland at 1705hrs, then leave Auckland for Singapore at 0115hrs on Tuesday 16th February. A few people are coming to say Haere Ra at Gisborne airport, and even one friend is meeting us at the Domestic Terminal at Auckland airport to transport us to International and come and have a coffee with us.

I’d forgotten how many people I know here, which has admittedly has been quite overwhelming for mum at times. It’s been incredible to see so many of them again – especially a few who haven’t been in the best of health in recent times. Very precious.

Barry has coped admirably being a lone boater and will be in Chirk, North Wales, where I’ll return to the boat by the end of the week. It’s going to be a huge shock to the system returning to the lower temperatures of UK after the sublime average of 25 degrees centigrade here.

I’ve got lots to look forward to though in the coming months – festivals and family and friends. And of course we have the second round of Barry’s UK Spousal Sponsored Visa application in July which will be another milestone for us. Once we’ve (successfully) passed that date, we can make plans for the following couple of years to ensure he gets through round three also! It feels like the British government have a bit of a vendetta at the moment against Kiwis in Uk which is very disappointing. Still, it is what it is, and we’ll do our utmost to tick the requisite boxes to stay.

Today has a pretty tight schedule, so I’ll post just a few more photos from our New Zealand story to brighten your days before we return … 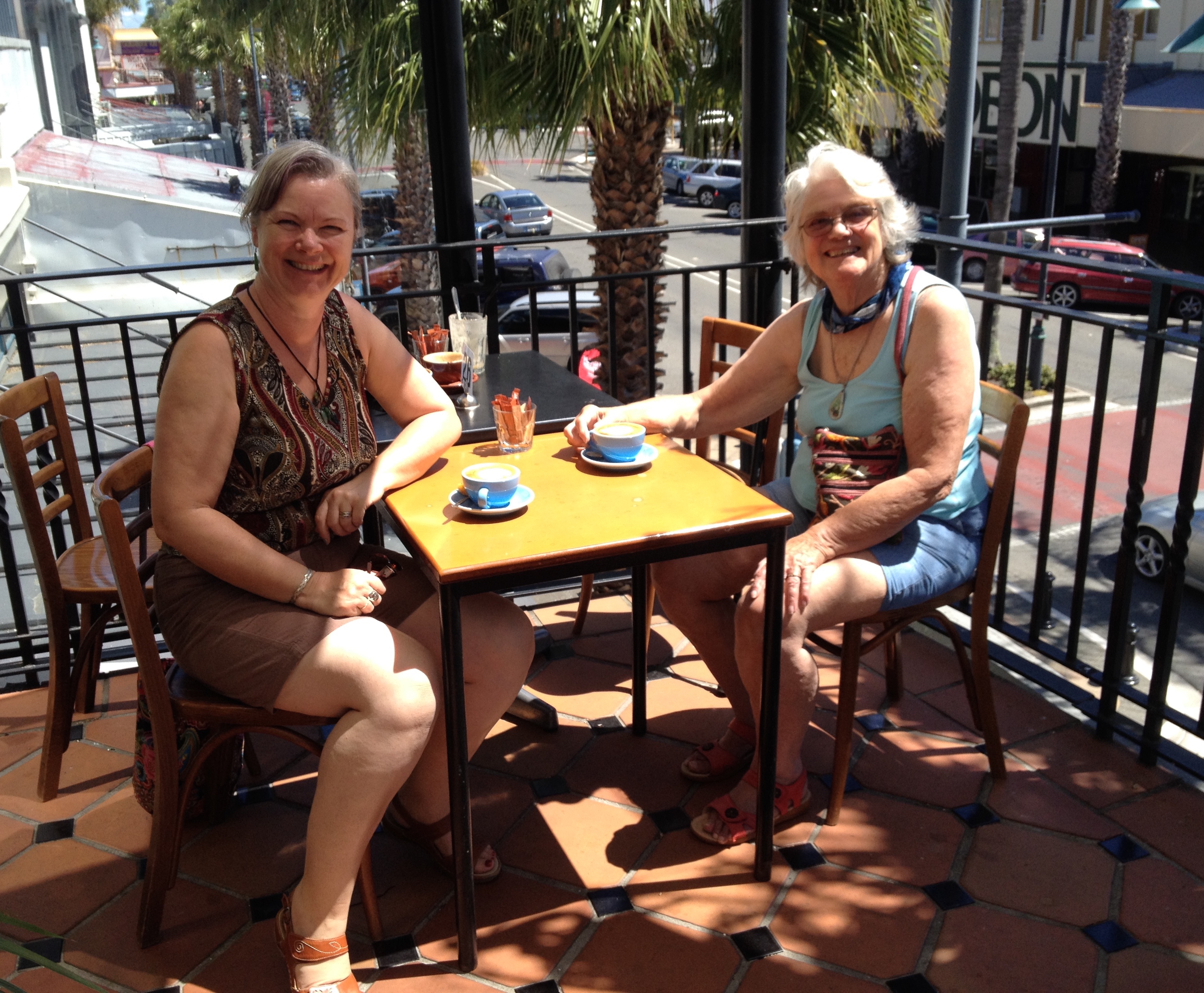 One of many coffee jaunts at cafes here – this one is at Muirs, a fabulous bookshop on the main street 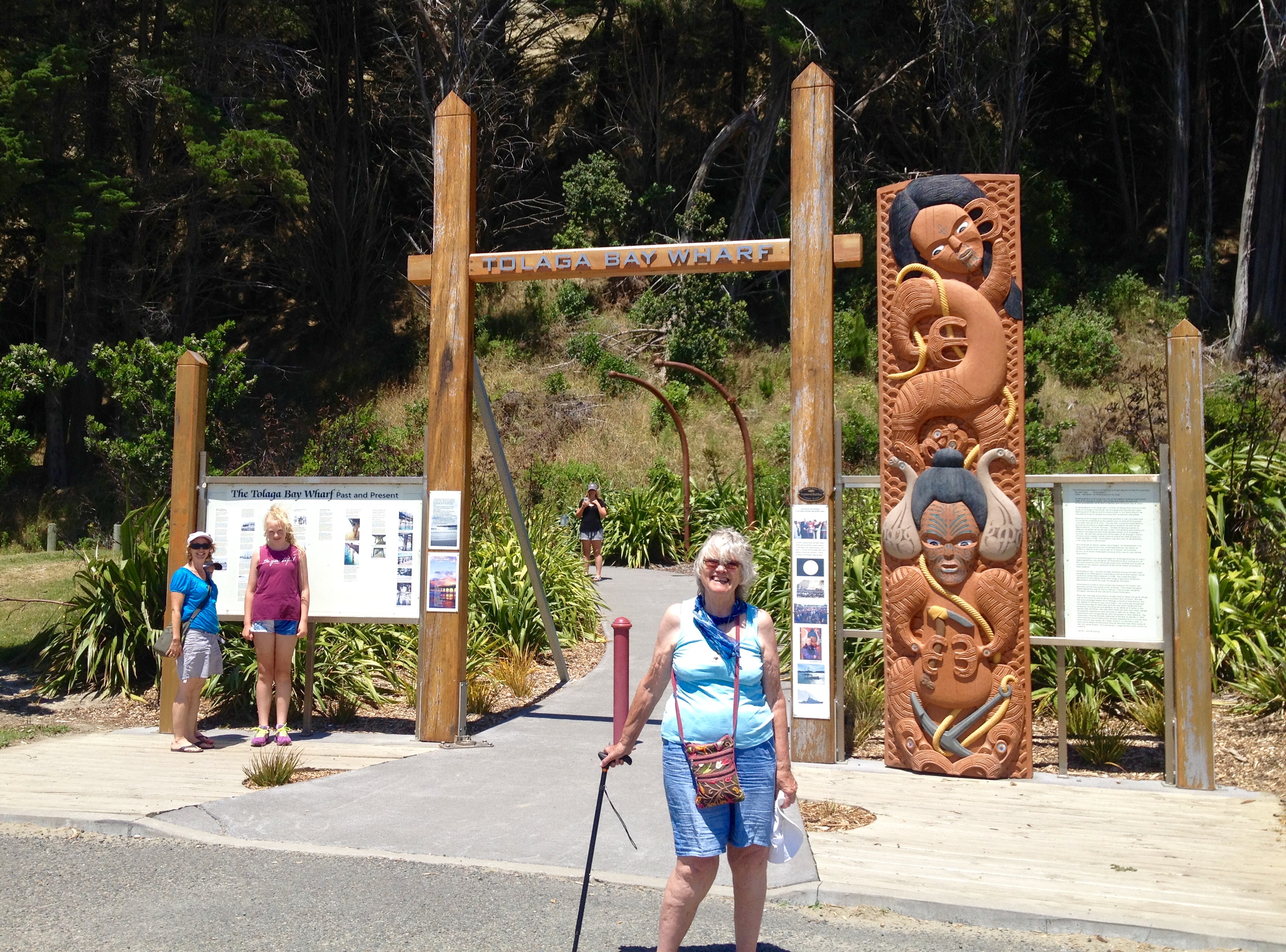 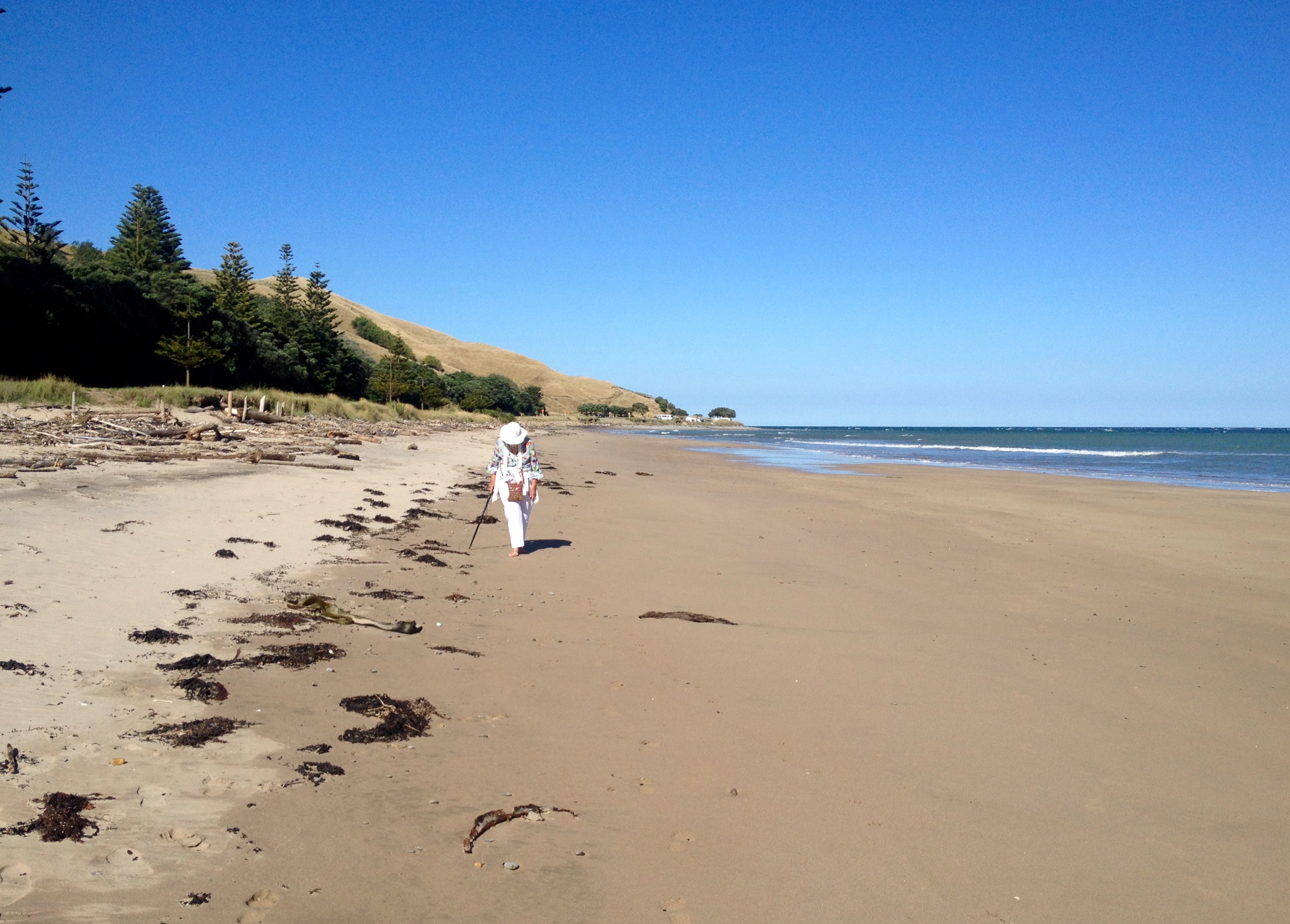 Turihau beach, where mum and I discovered dozens of Paua shells in 2002 – not so many in 2016 but she’s searching … 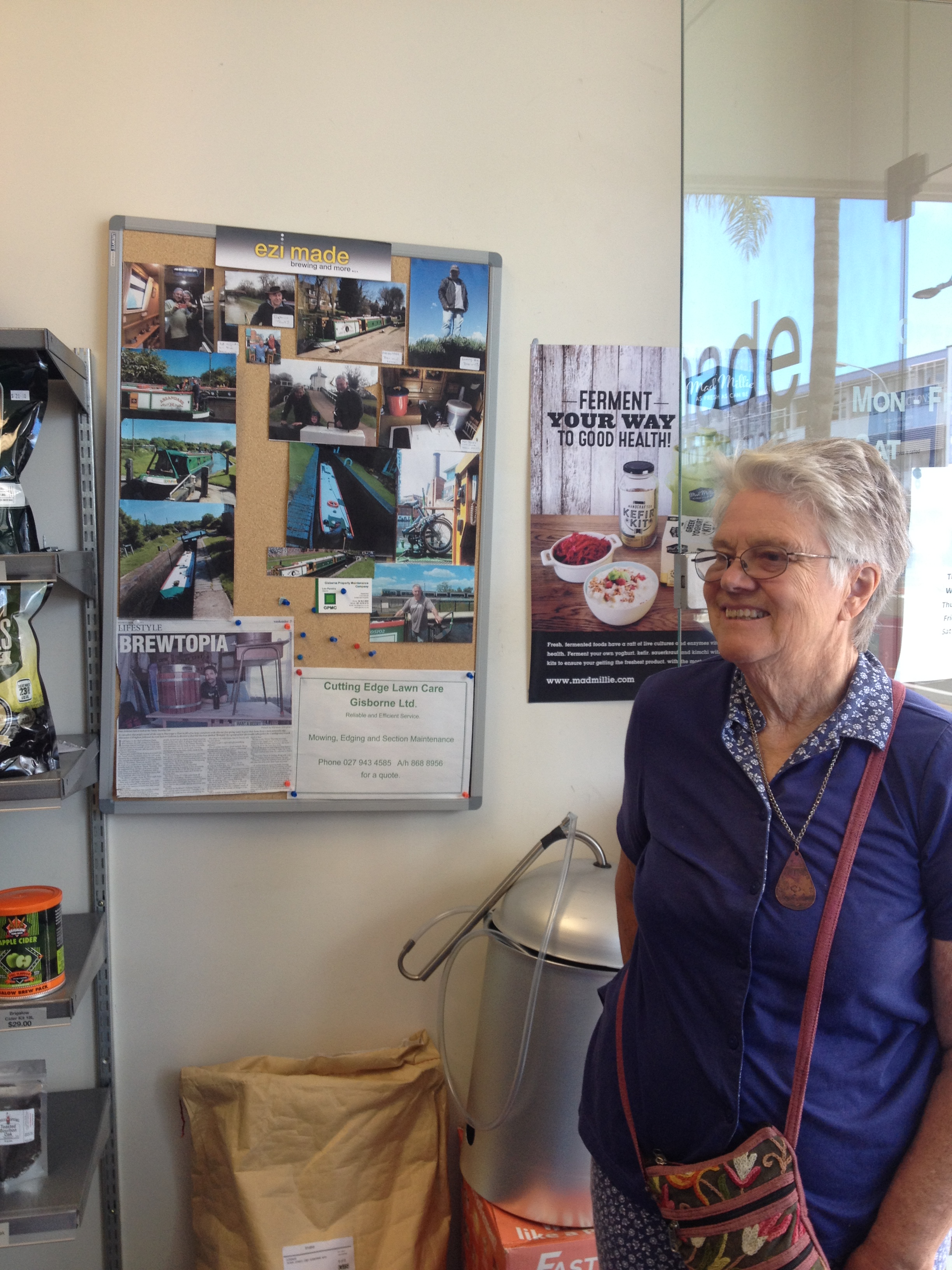 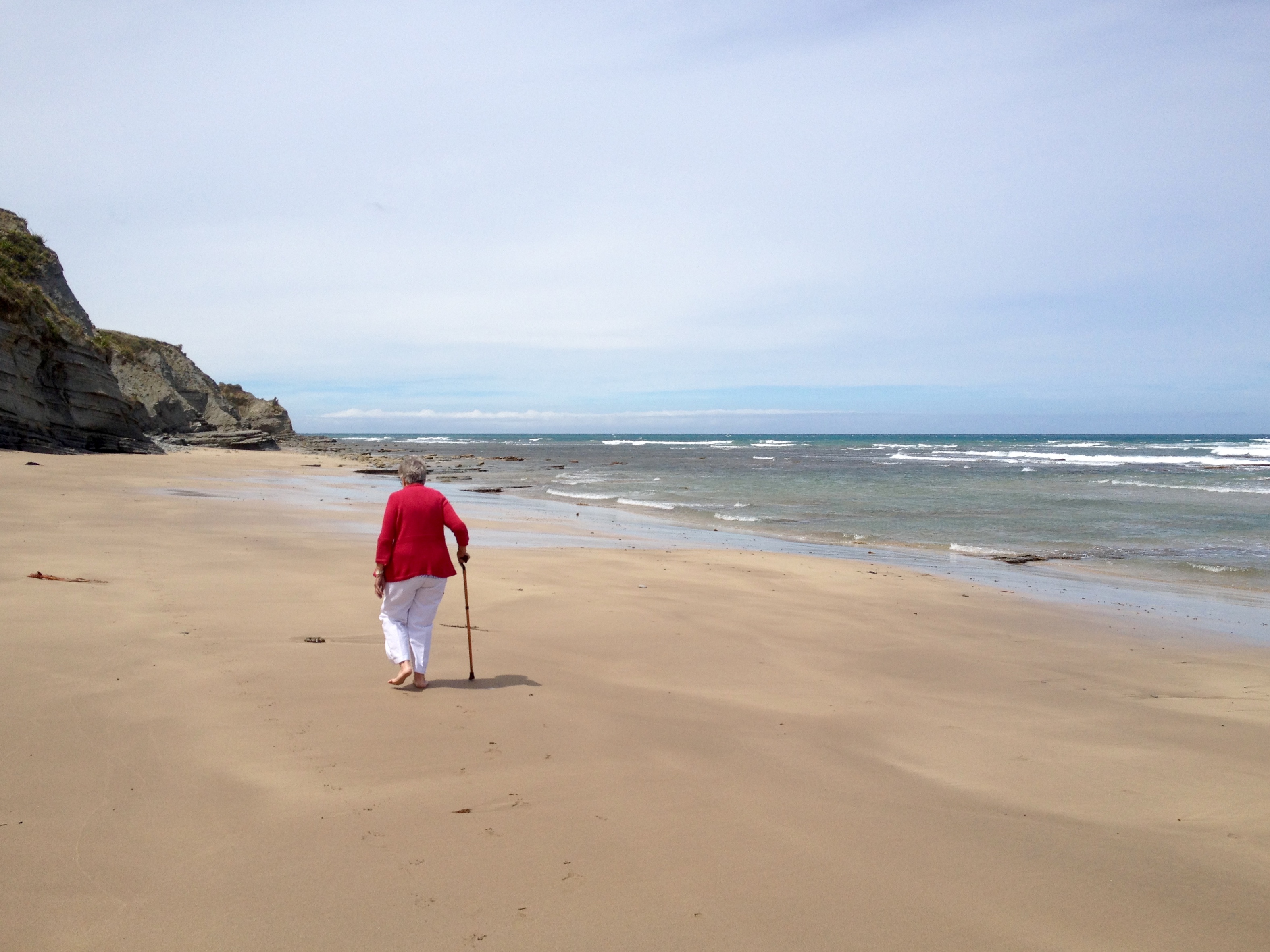 On the anniversary of dad’s death, 9th February, we had a reflective walk on Wainui Beach where dad and I saw a seal in 2002 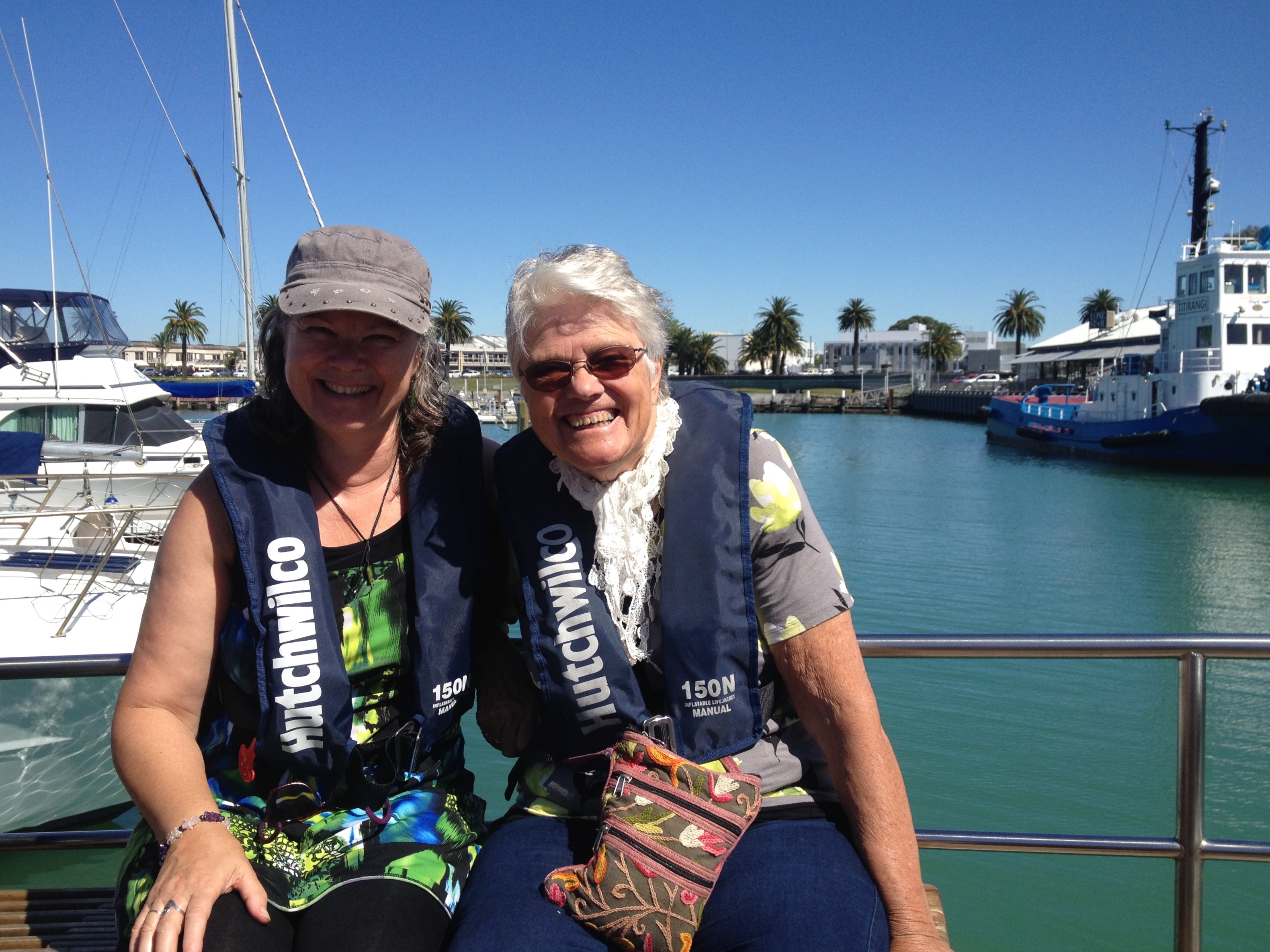 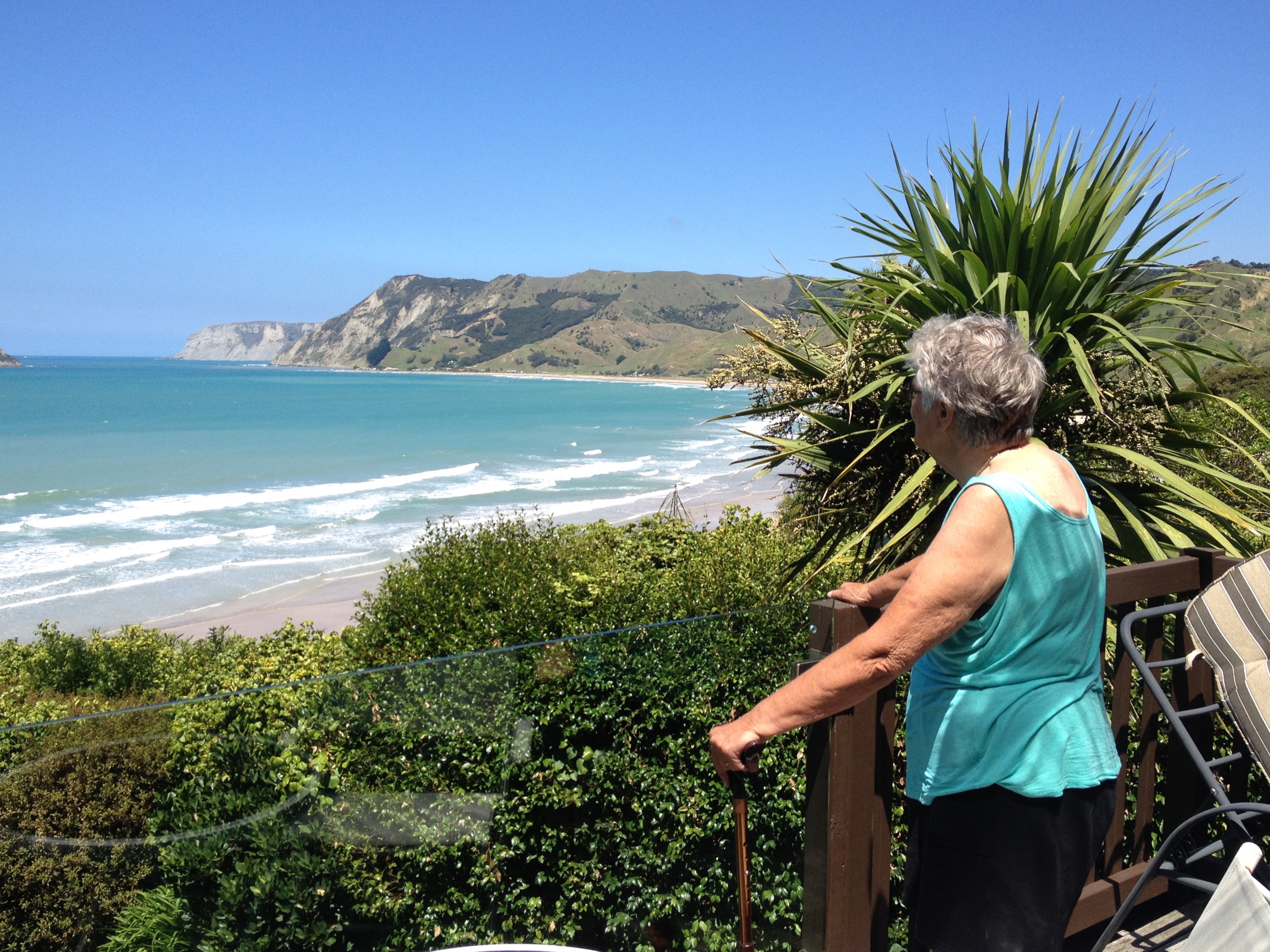 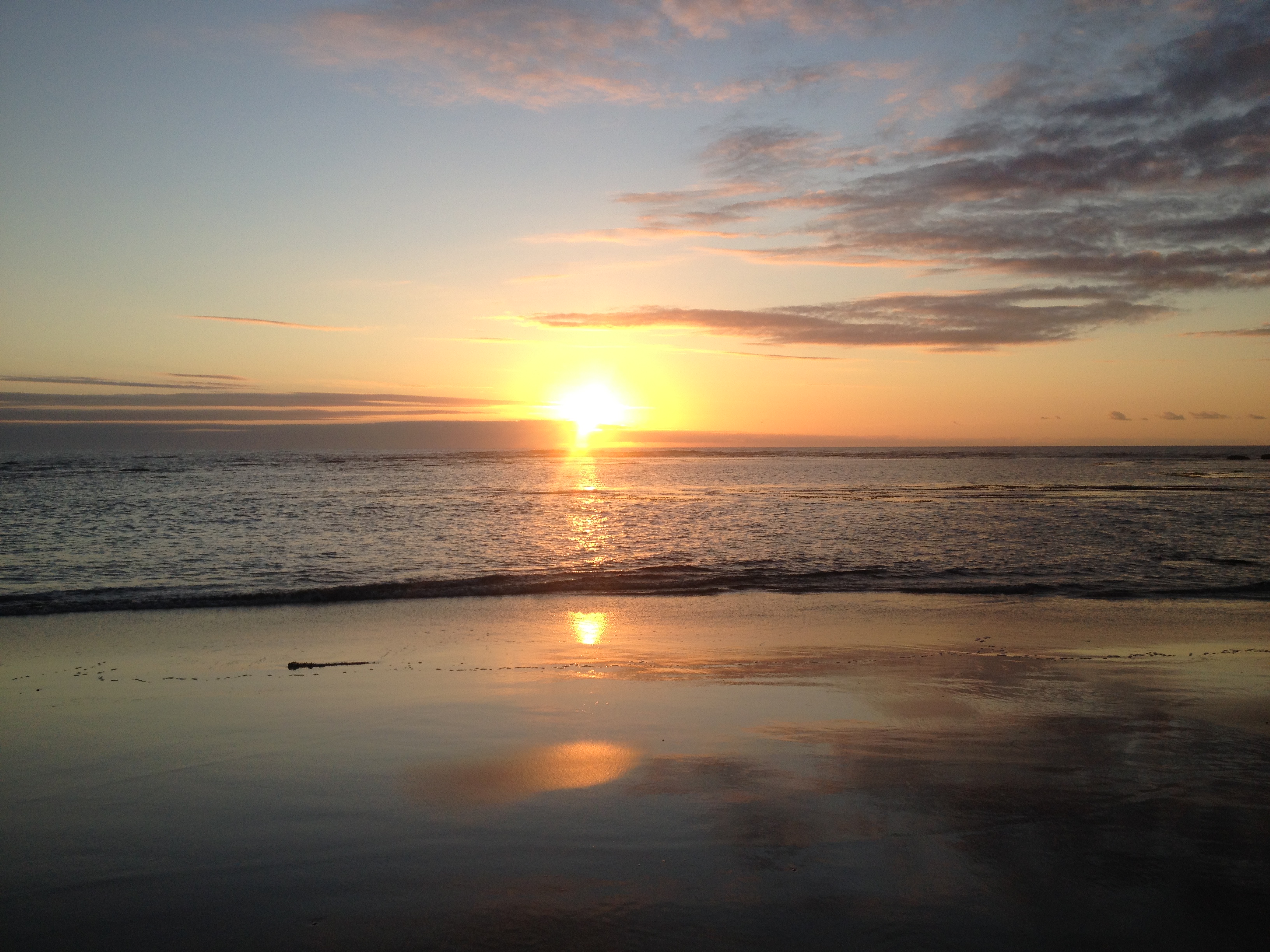