That journey would be a huge one on a narrowboat – understandably an impossible one in just over a week!

Barry spent last weekend trading with five other narrowboats  – Sandra Willis on Golden Boyz doggie Gifts, Jackie and Mick on Jays 4 Jewellery,  Sheila and Jim on FlavoursAfloat, Mariane and Mick on NB Lolliopop (the sweetie boat), Linda Simpson the brilliant Busker, and another trader who we’re sorry but we don’t know (or have forgotten in our ‘maturity’) the boat name or their names!

It was a fruitful and friendly event, which I’m told included a bit of a ‘do’ for up and coming 40th and 60th birthdays (one of whom will be Barry’s in early December). I heard through Facebook posts that they really enjoyed nibbling Barry’s (oven-roasted) nuts in my absence!

I missed it all as I took mum to London to see The Frank Sinatra Show at The London Palladium, which was extremely well done and very enjoyable.

Traders and customers enjoying the sun at Bentley Bridge … 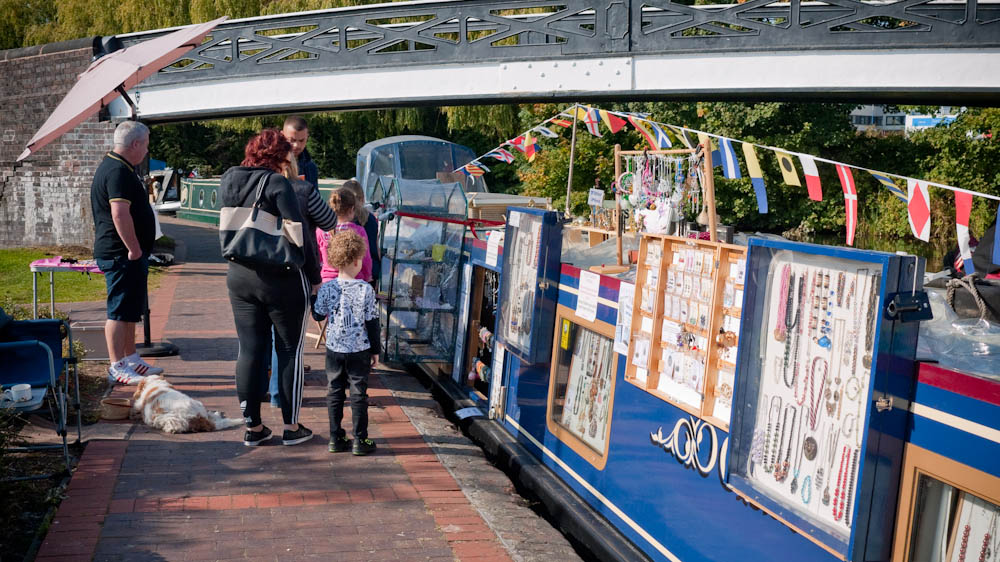 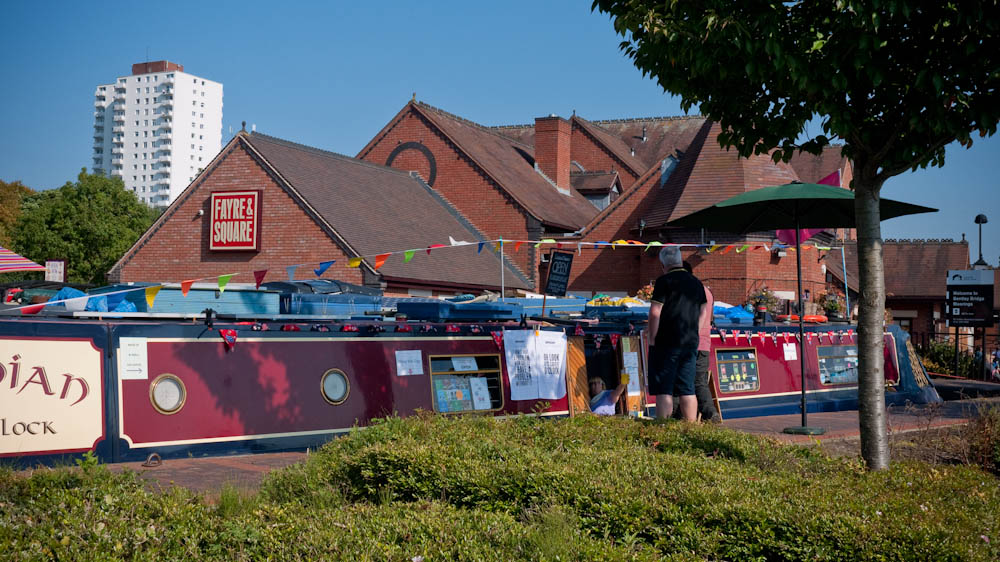 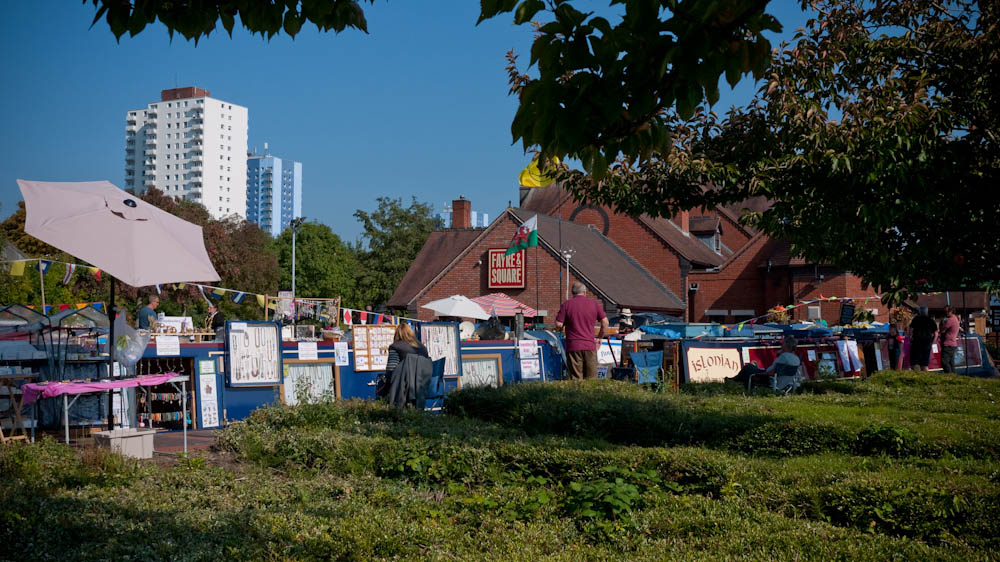 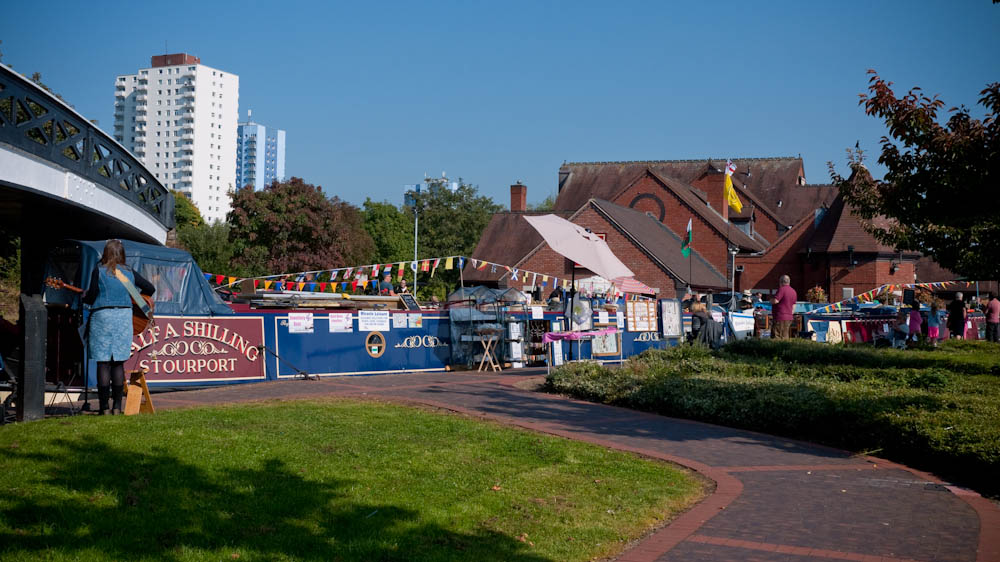 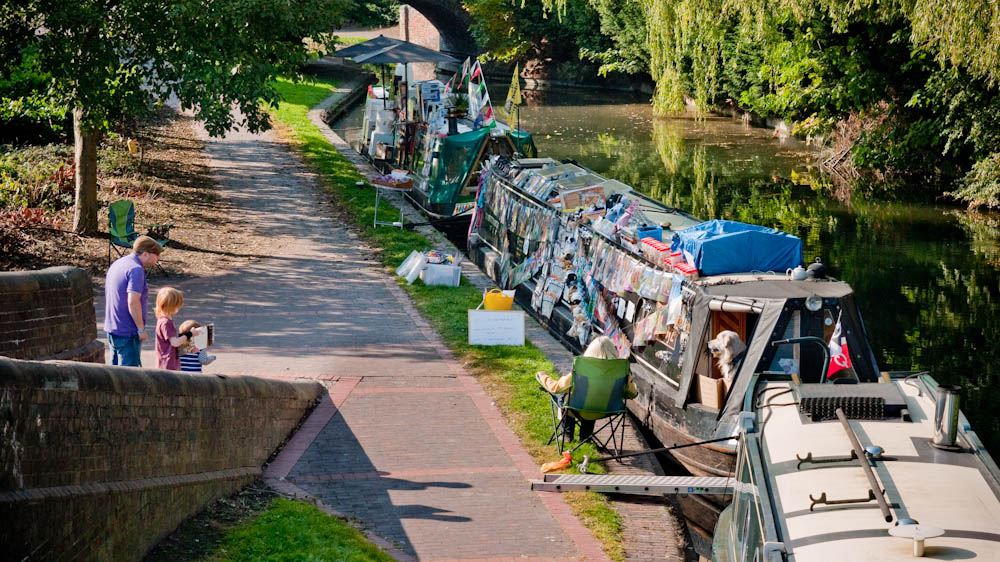 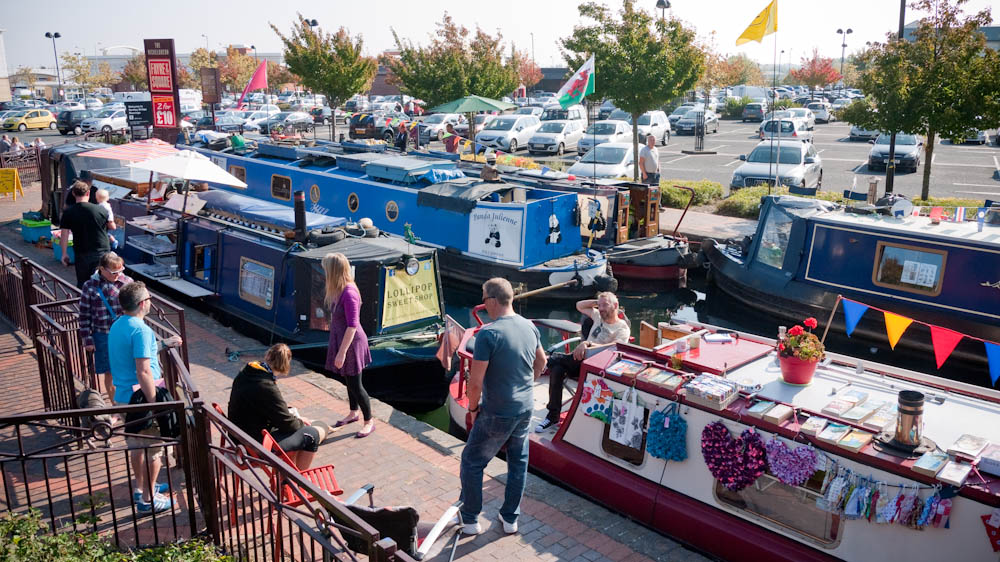 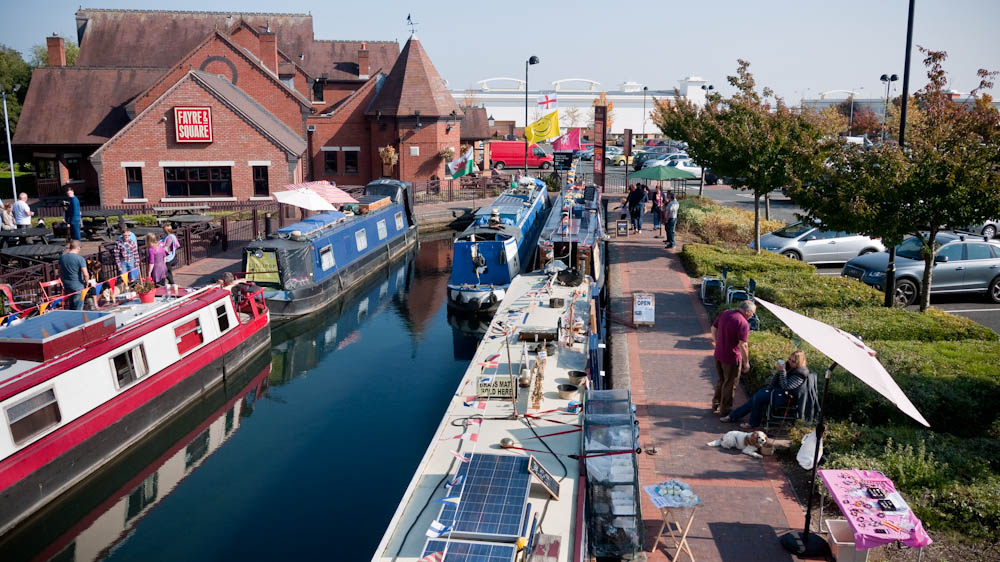 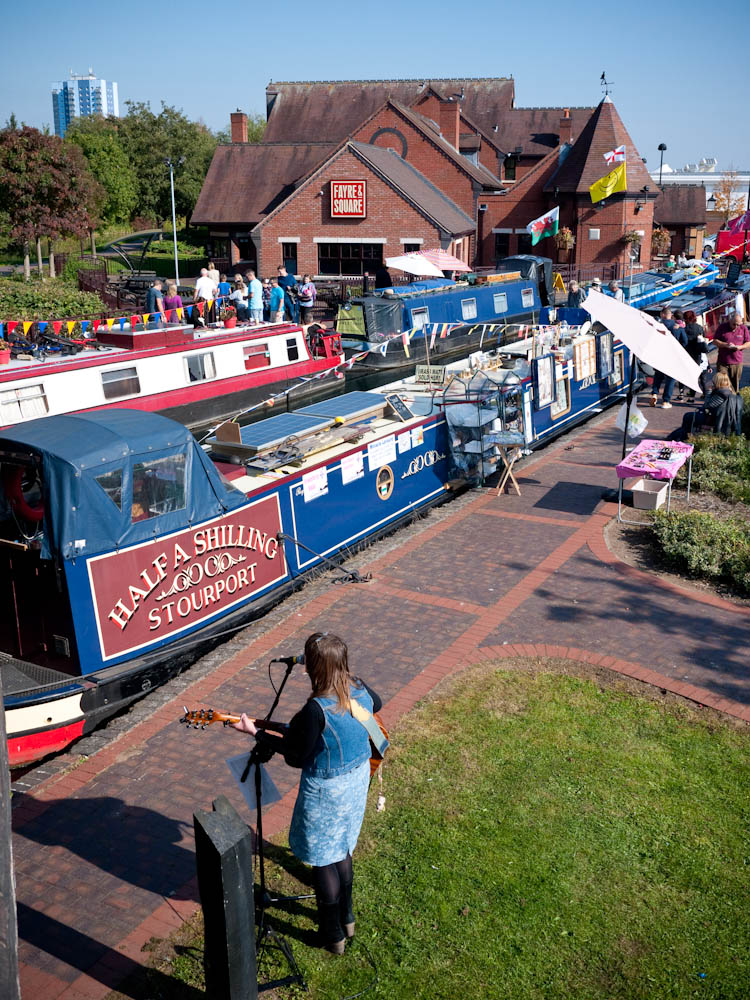 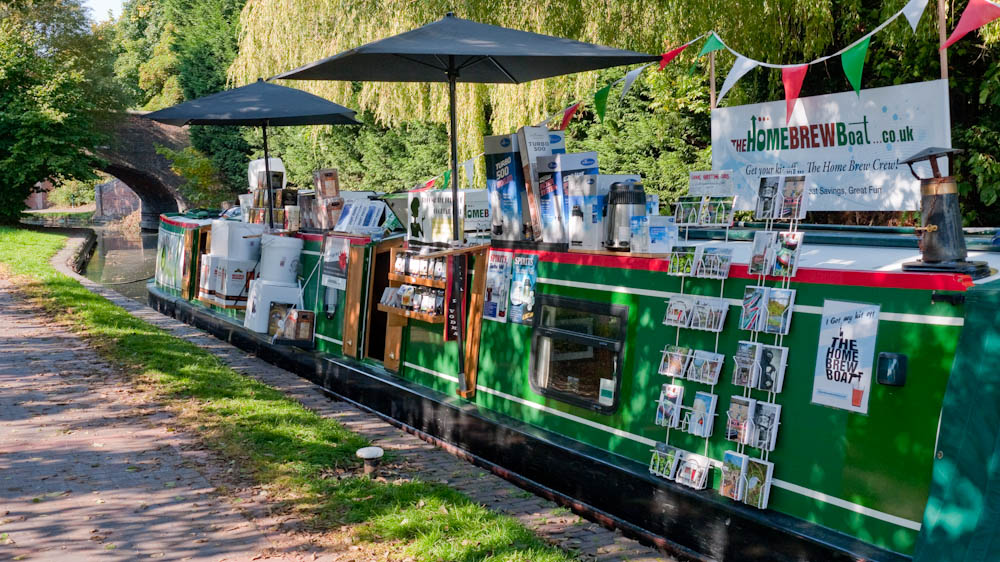 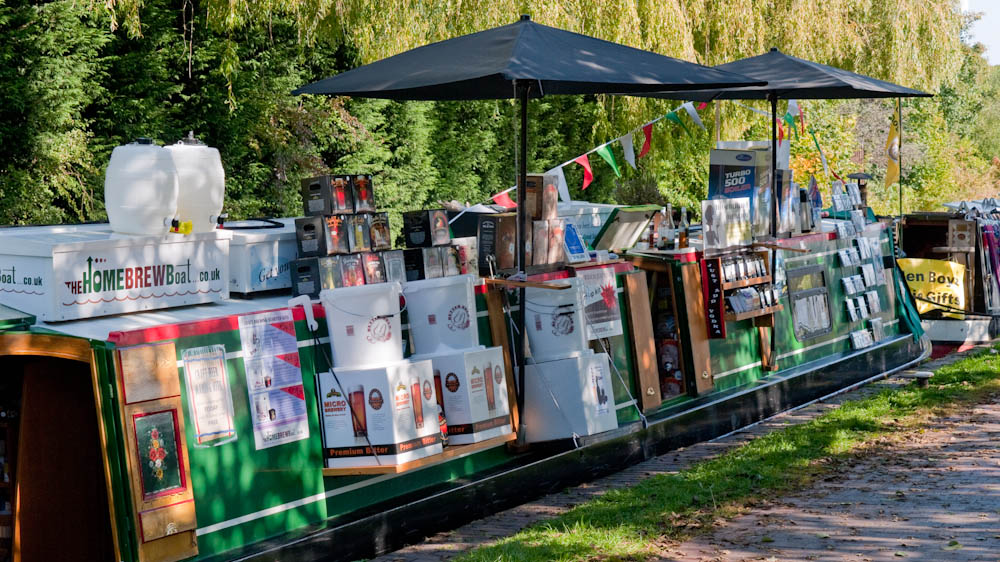 A lovely overnighter in London

Taking mum to London for a couple of days was a bit of an experiment to see how she’d cope with travelling. She adored it. She gets quite lonely and bored living by herself after being used to dad’s company for 60 years!

We’re now going to take it a huge stride further – and journey together to the other side of the world in January for five weeks. More on that in future posts … 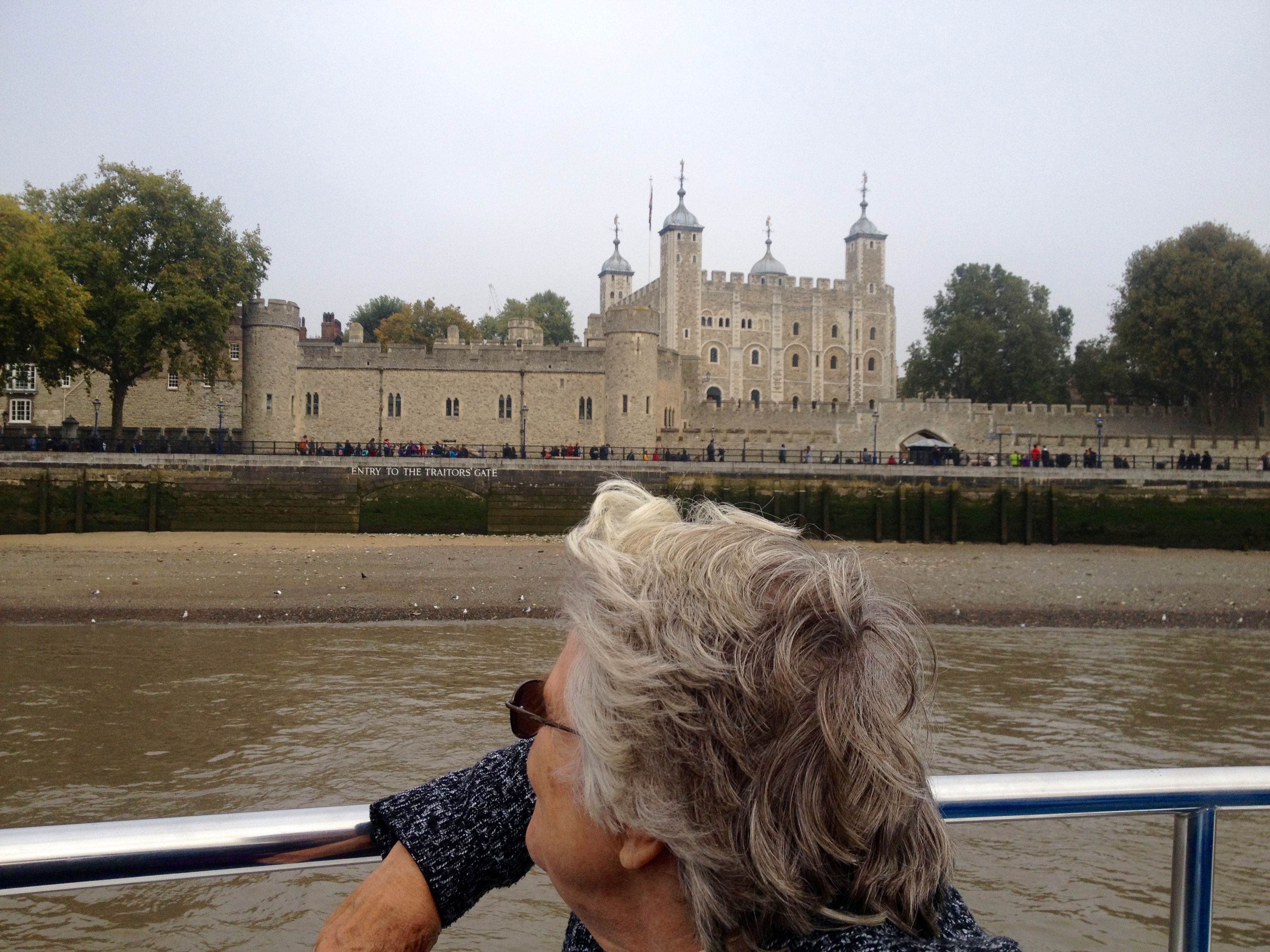 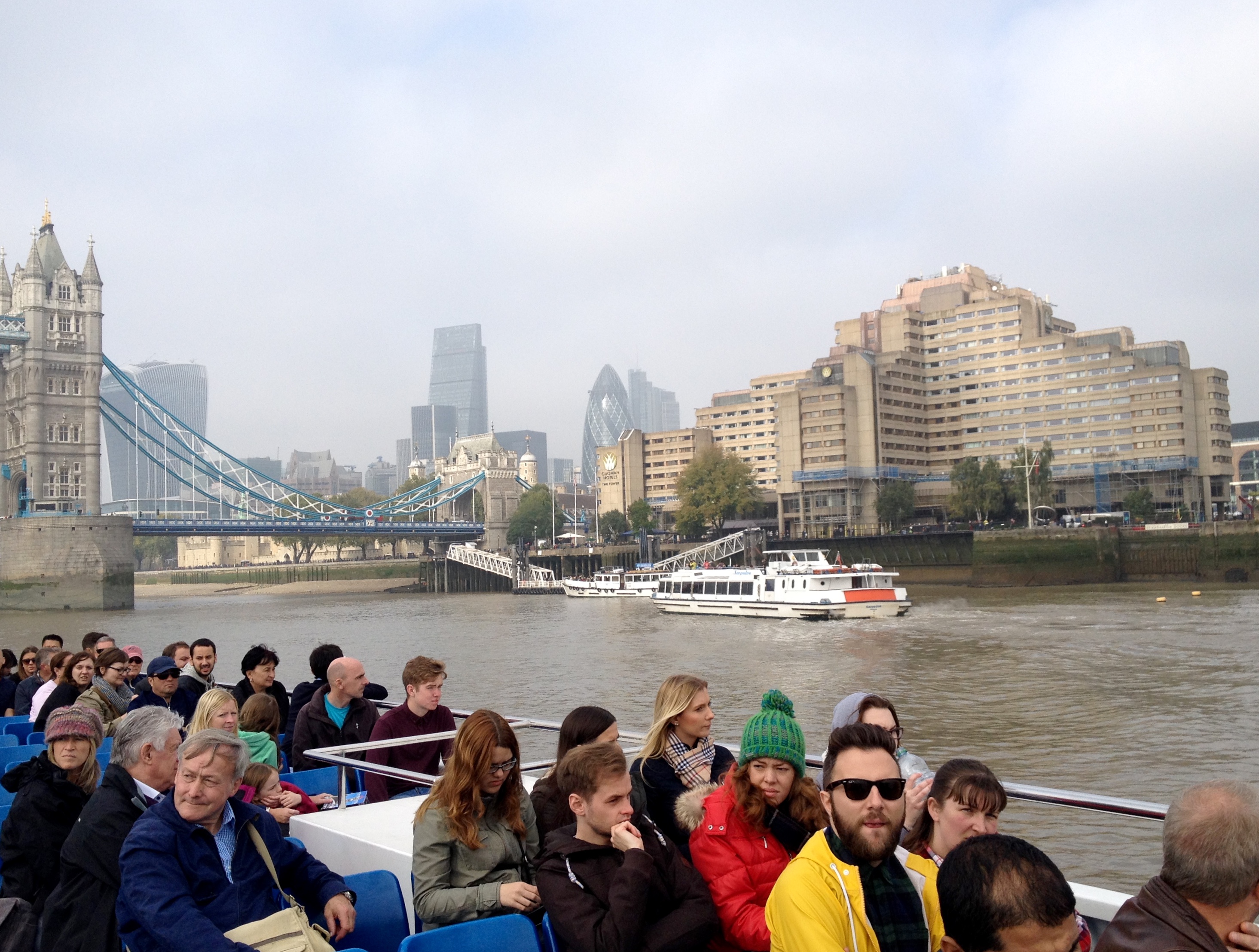 A great view from the boat of the Tower Guoman Hotel, London, where we stayed on the Friday night

Barry met me off the train in Wolverhampton on Tuesday and we meandered back to Brum, mooring up Friday – and we’ll be leaving again tomorrow. 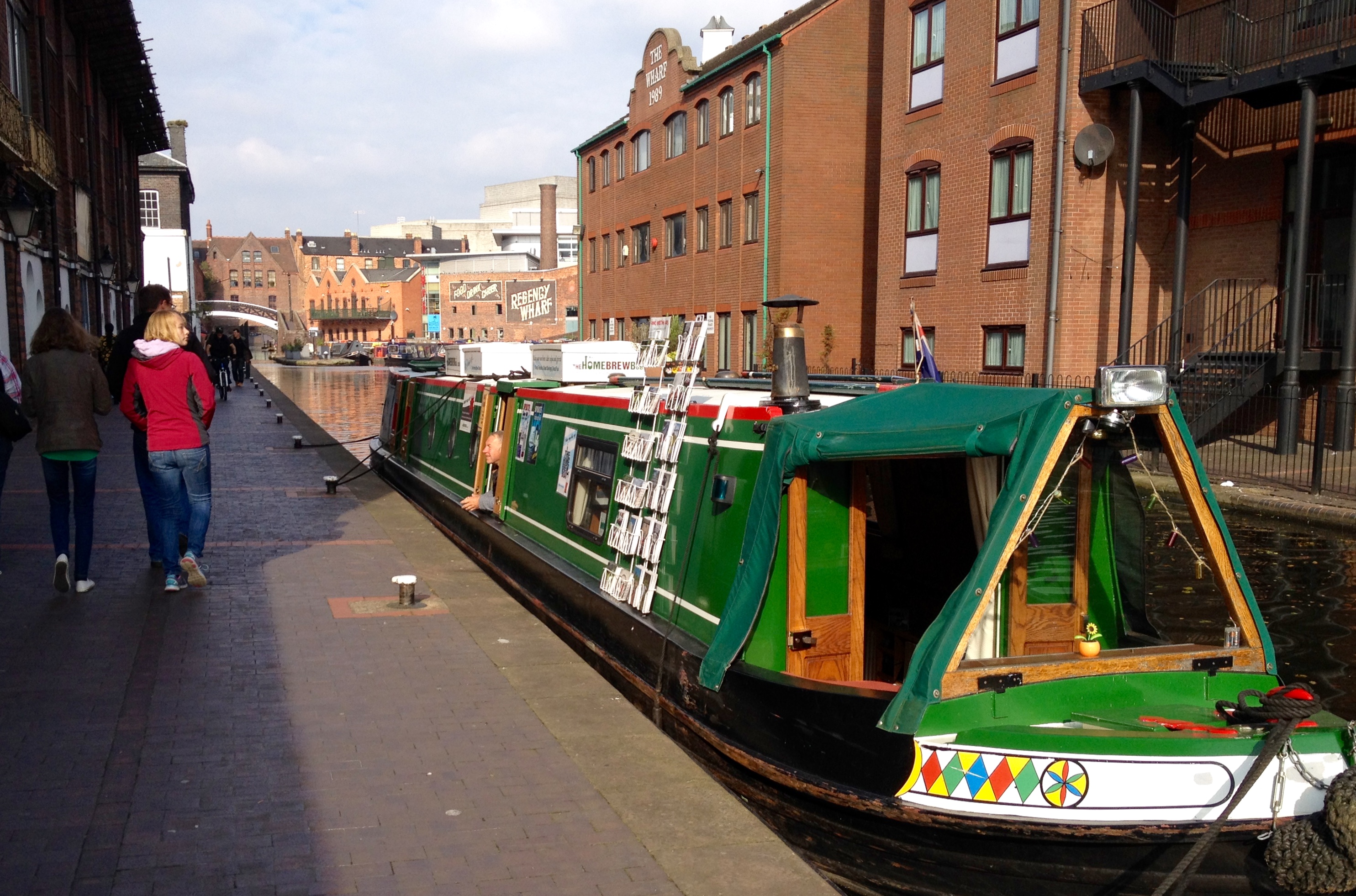 It’s a little odd for us to be repeating routes so frequently – it’s not going to change anytime soon. Due to a couple of ‘winter stoppages’ for lock repairs, we’ve no choice but to head north towards our winter mooring before 2nd November or we won’t have any way of getting there until 20th December!

Barry will be trading at Stourbdridge next weekend, at their Bonded Wharehouse Open Weekend.

I’m making the most of a ‘free’ weekend to go to Brighton to see my youngest daughter (on a dirt cheap in advance £26 return ticket!), as it’s the only time I’ve got available until just before Christmas due to numerous Yuletide Facepainting bookings.