We’ve heard a few people denigrate Birmingham over the years. Then there was the ridiculous person in USA who stated that there was no point visiting the city as no-one spoke English (boy did he have egg on his face!).

There’s narrow boaters who live in fear of mooring in the city centre because of horrific tales and rumour mongering.

Well we say rubbish! It’s one of the most buzzing, vibrant, historic, colourful, friendly, fun and fabulous places in the UK – it’s flourishing and undergoing all manner of renovations each time we have the pleasure of visiting.

As the final ‘Floating Market’ of the 2015 programme for the Roving Canal Traders Association, it’s hard to imagine they could’ve chosen a better weekend as far as footfall’s concerned.

Thousands of people flocked to the midlands to gaze at the new New Street Station and its shops and cafés; entertainment galore for the big ‘Birmingham Weekender‘; playing host to a number of Rugby World Cup games (at Villa Park); and of course around 20 trade boats lined up from the recently opened Barclaycard Arena and beyond Sheepcote Bridge.

Friday was rather full-on: 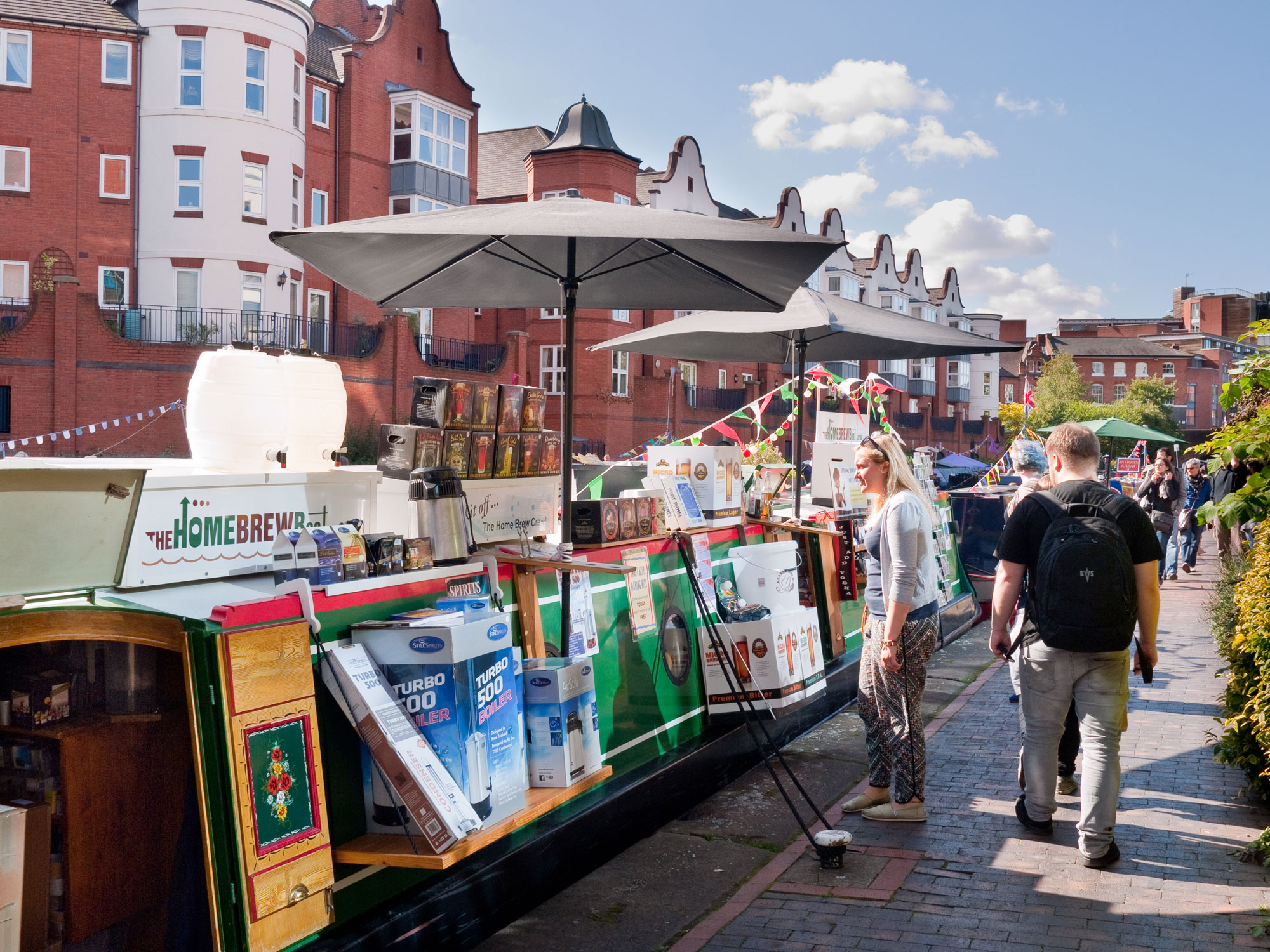 Open for trading – and glorious weather to boot 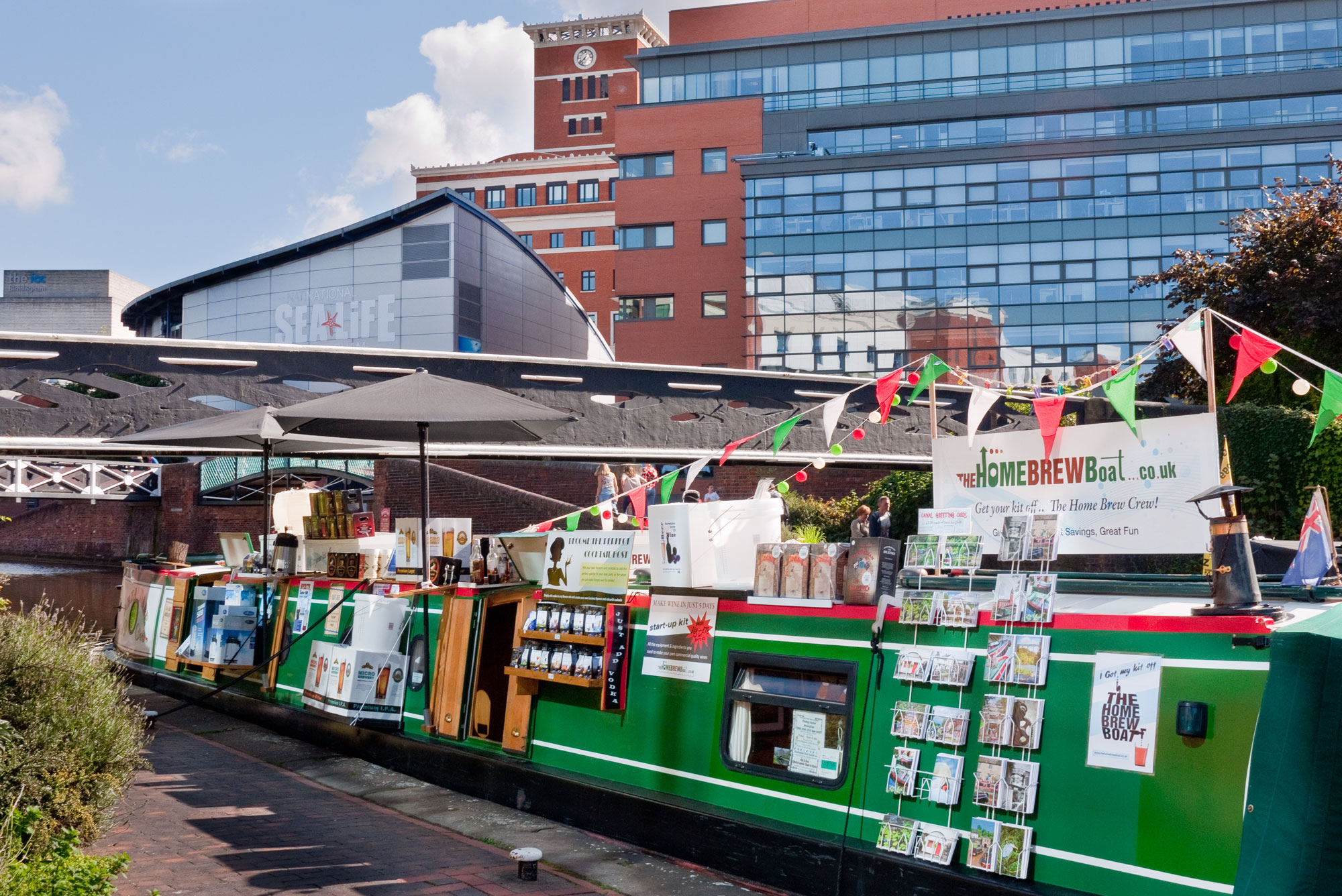 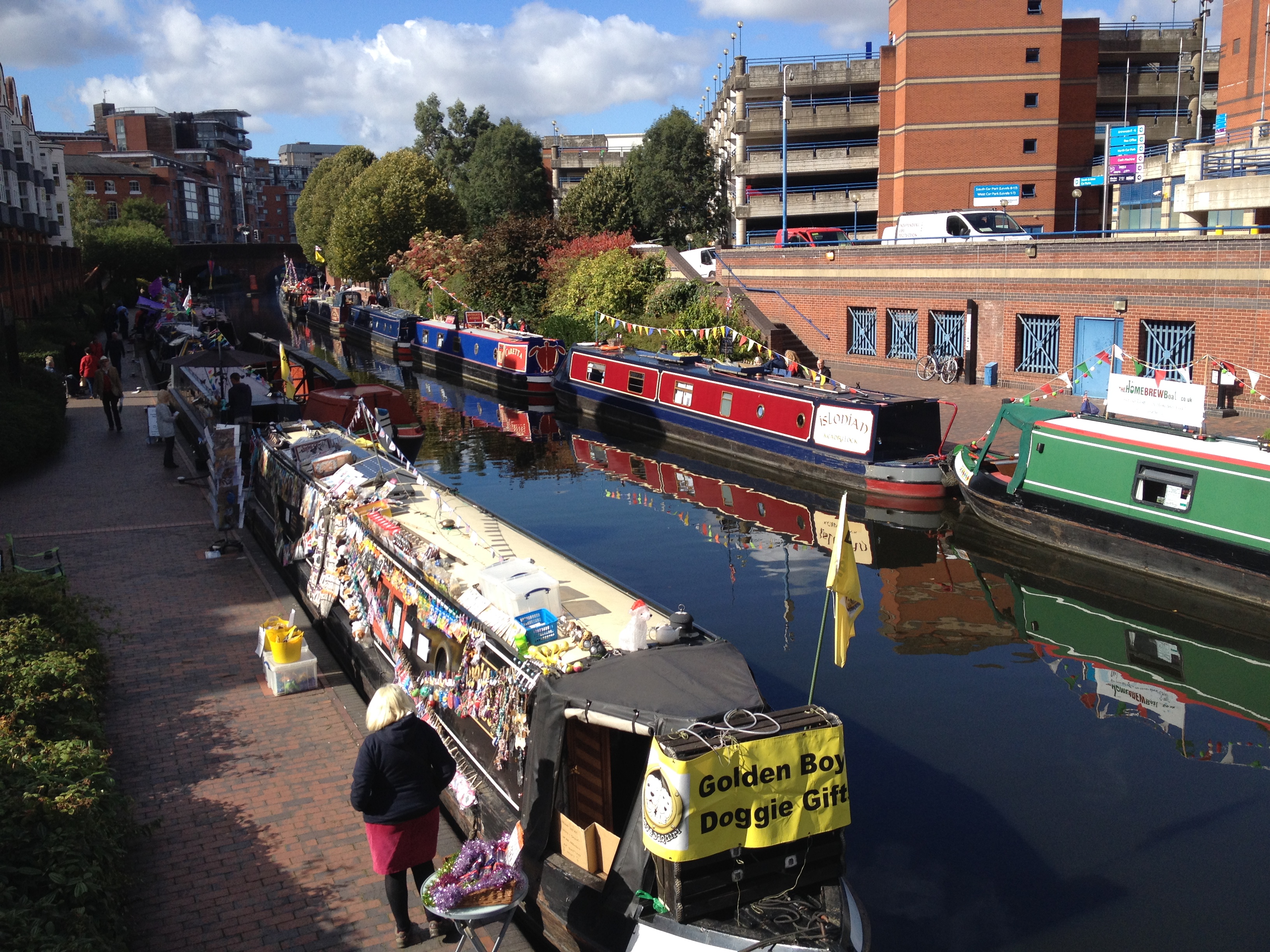 Some of our fellow traders 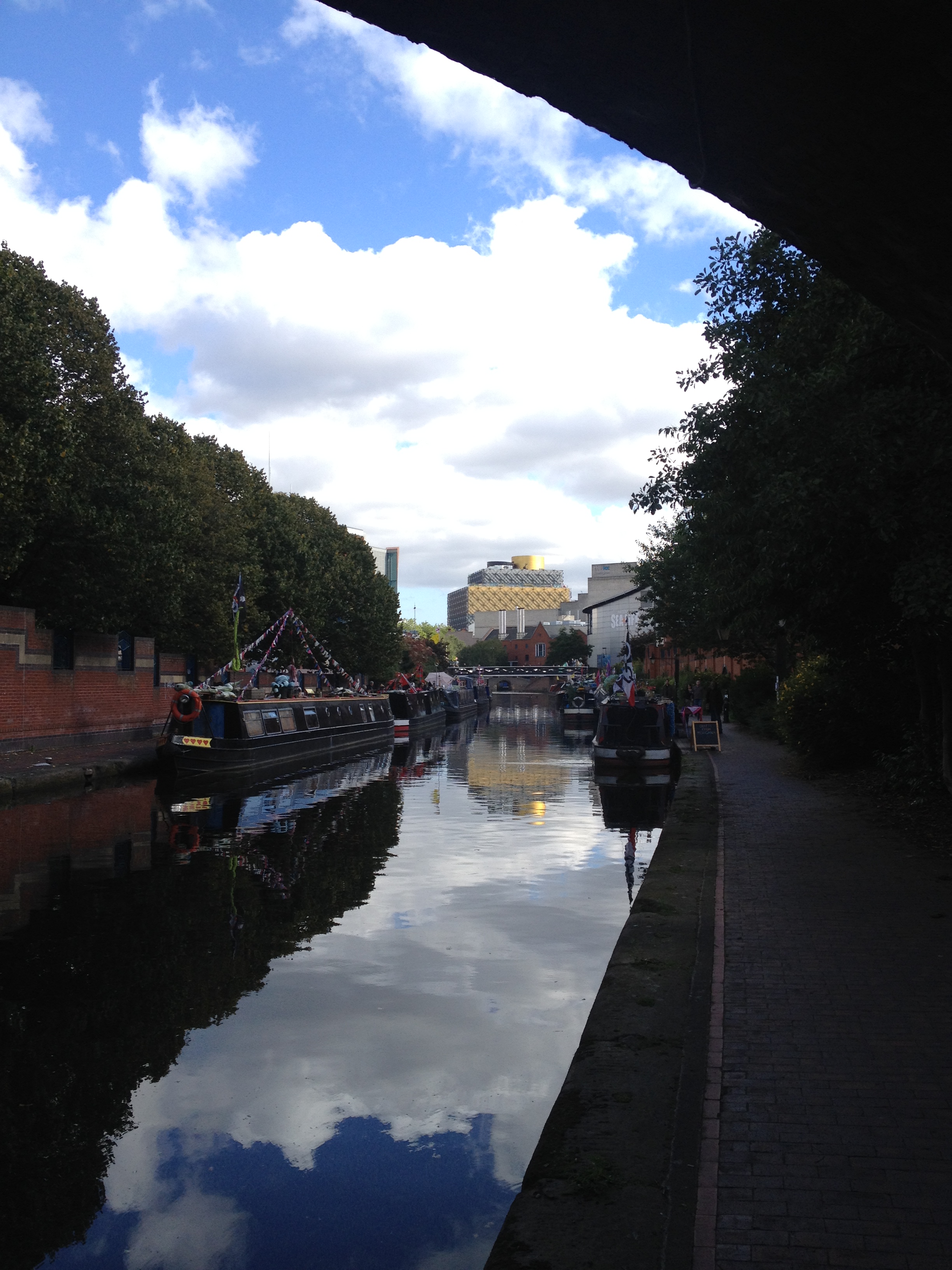 Looking back towards the new library (another spectacular experience in Birmingham) 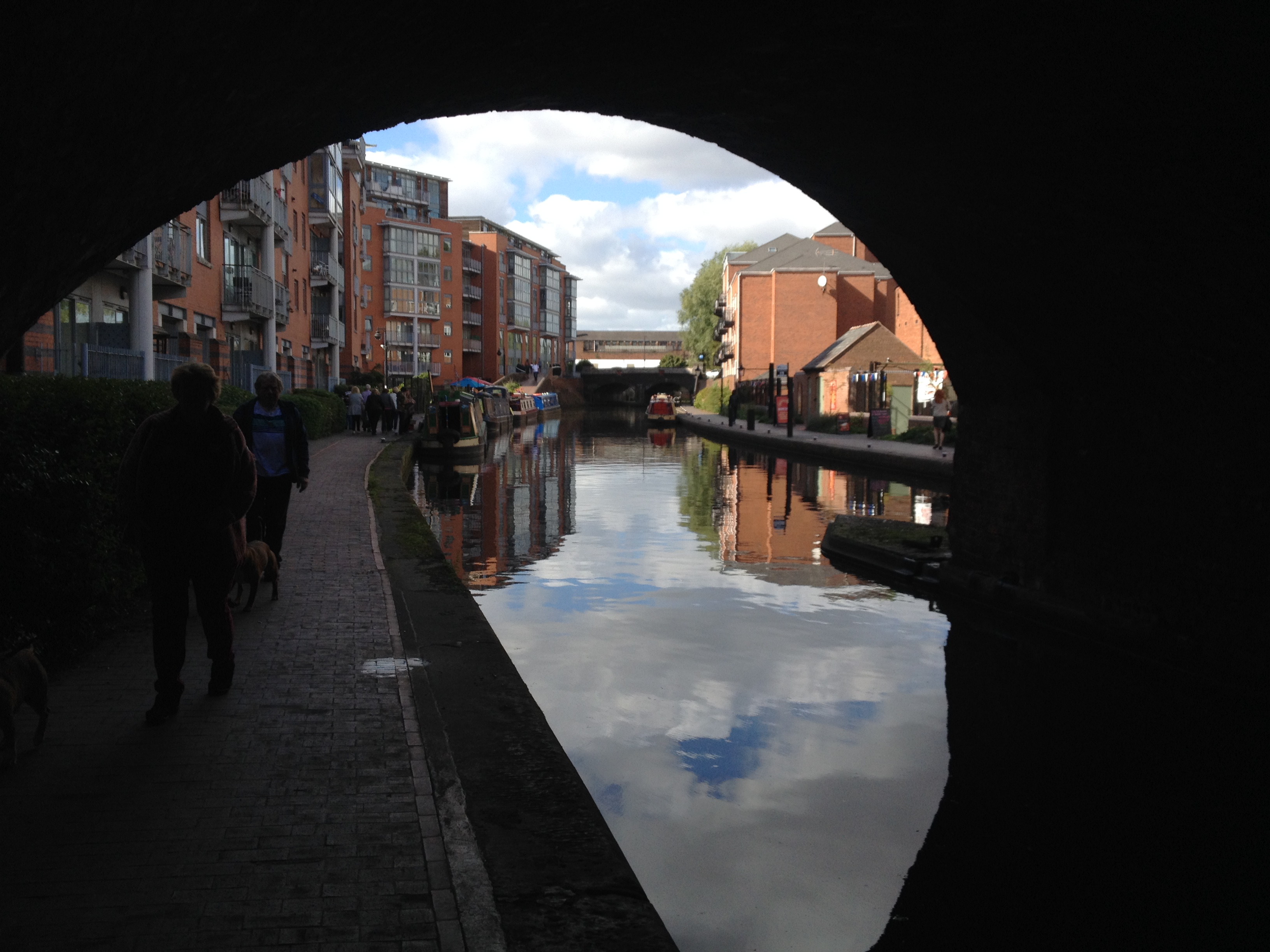 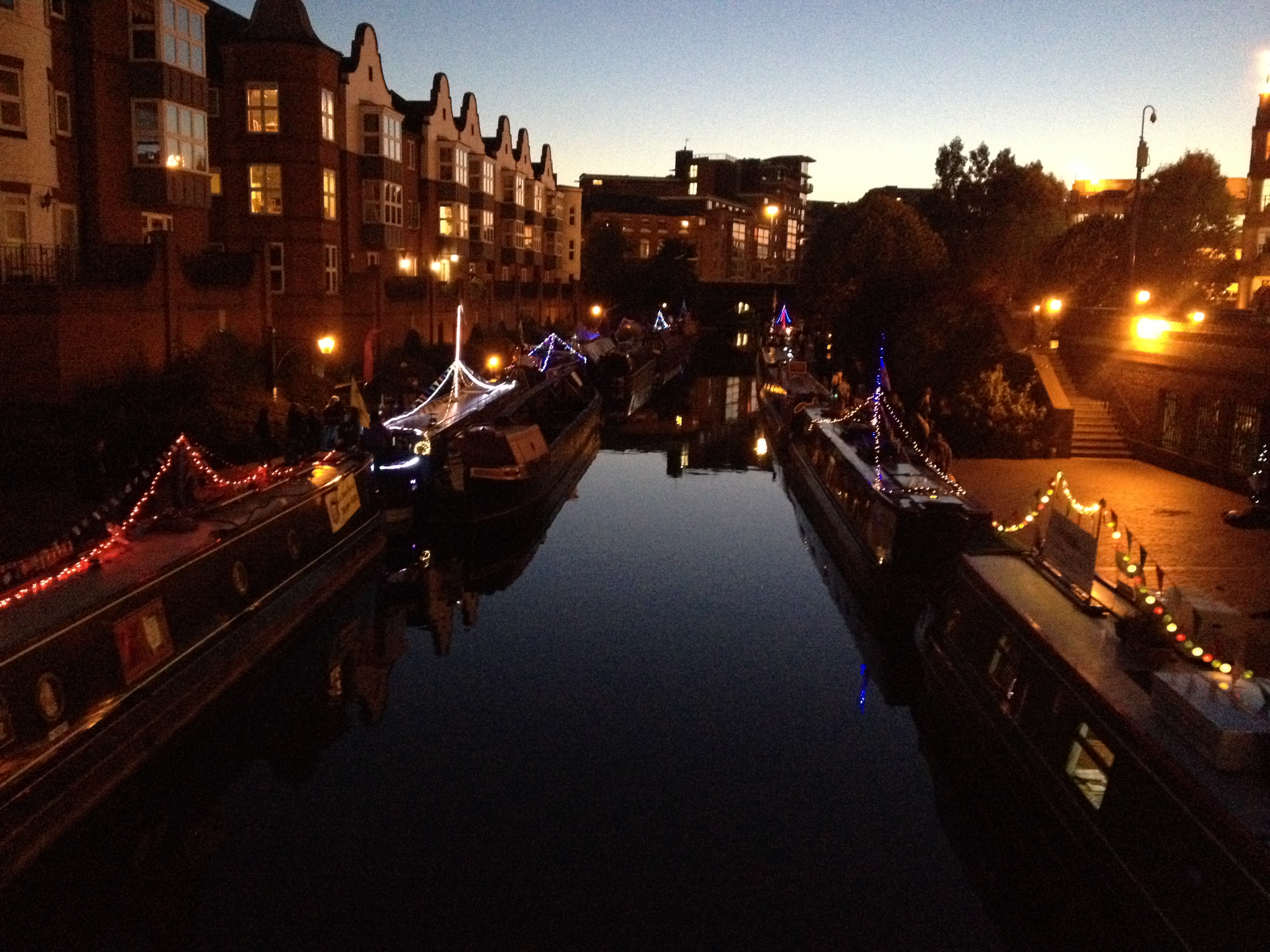 All lit up from 7.30pm onwards Friday evening

We even had our very own Busker, Linda Simpson, who serenaded us in the day-time, and also through the Friday evening (there’s actually a video of Barry and I ‘smooching’ outside our boat that was taken unbeknown to us which we’ll post a link to when we get it).

Saturday was our sixth wedding anniversary – well the first one anyway! 26th September 2009 was when we pledged our coupledom on the roof of NB Northern Pride outside the Dog and Doublet, Bodymoor Heath. My eldest daughter and our two gorgeous grandsons came for a few hours – and I even had a Maori moko (tattoo) stamped on my chin (traditional place for wahine/women) at The Rep: 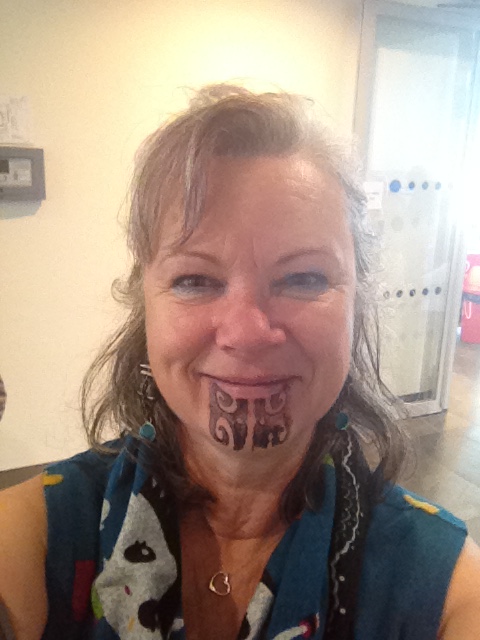 A selfie in the library …

We didn’t exactly plan any sort of celebration – though we did go to Centenary Square to watch an incredible (free!) show called ‘Maudits Sonnants‘ (check out the photo on the site):

Then we were privileged to be taken to The Malt House (yes that one President  Clinton (thanks Andy for correcting me) had a drink in once years ago …) and watched the closing minutes as Wales sneaked in a totally unexpected Rugby World Cup match victory against England – and a late tea of pizza – by Andrew Denny (of ‘Granny Buttons‘ fame), after I’d helped him up the Aston Lock Flight shortly before dusk.

Barry gave Andrew a hand on the final four of the Farmer’s Locks on Sunday evening, following which we rose in the early hours of Monday to watch an amazing spectacle – a full moon lunar eclipse. Last year Barry had a full moon on his birthday and we researched how many had fallen on our respective anniversaries. I couldn’t find any from 28th September since 1959 – so to have one in 2015 AND a full eclipse, was especially magical. 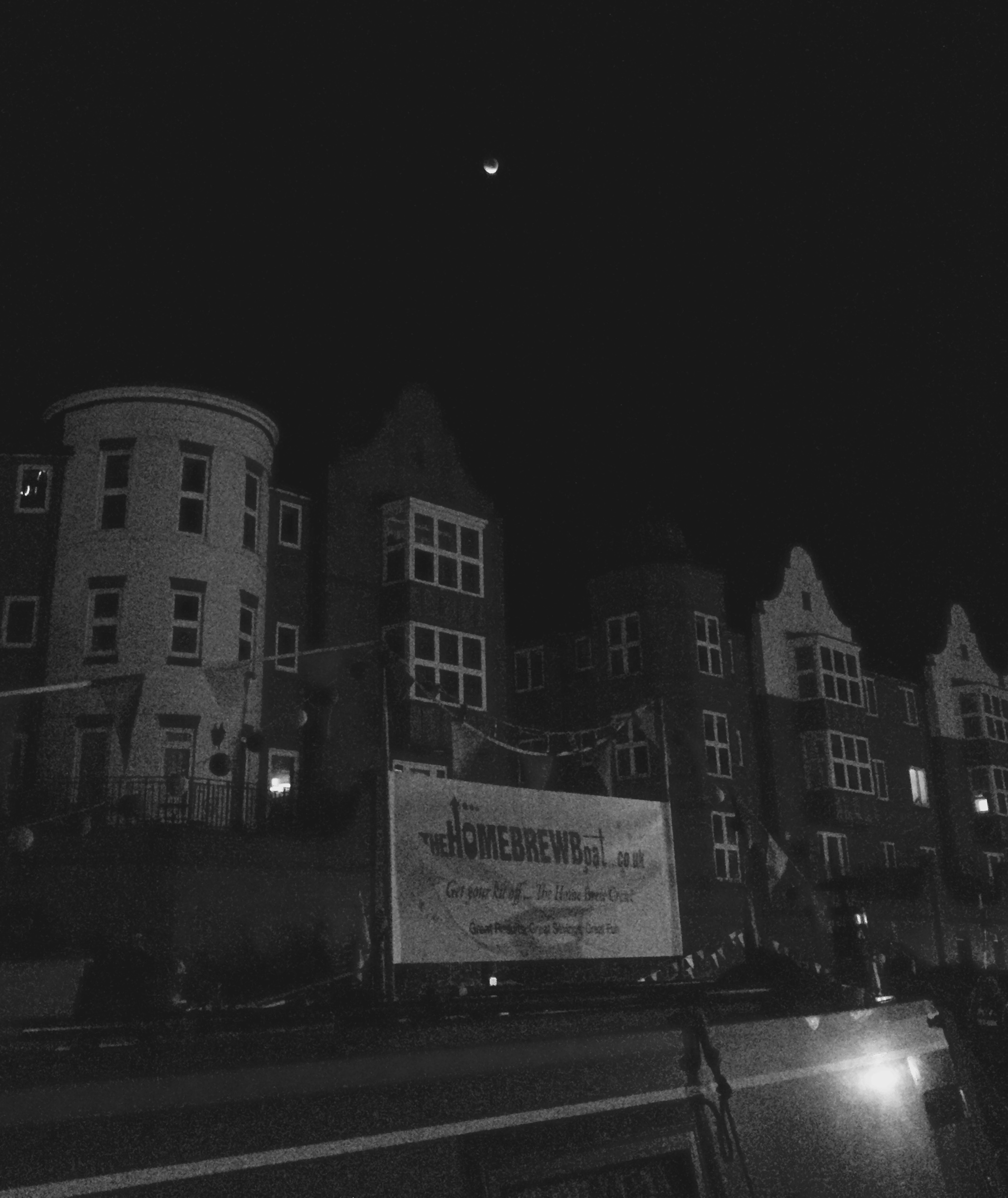 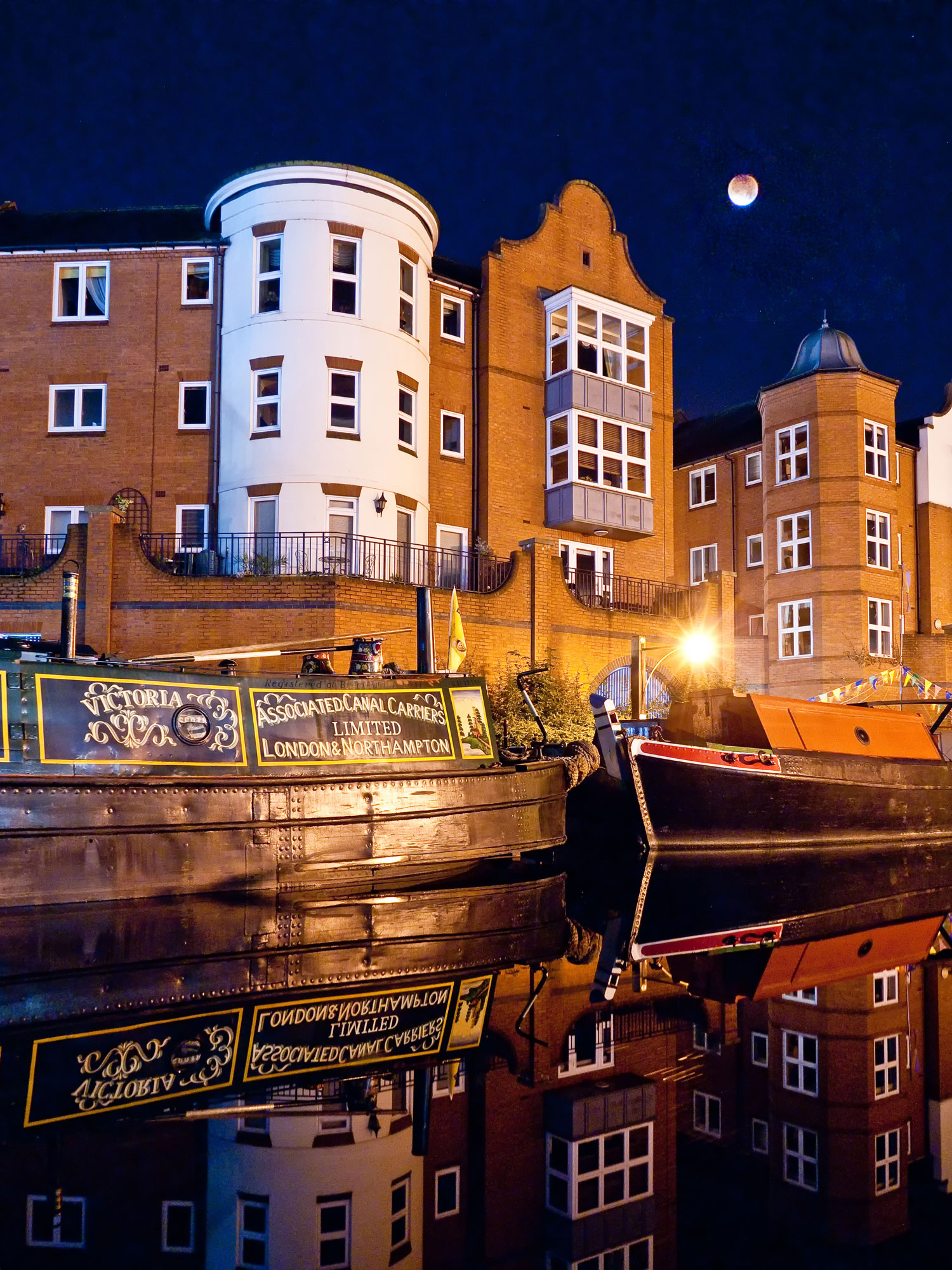 Obviously we HAD to then have a lie-in, so had a little splurge on brunch at Ed’s Diner (well we were ‘parked’ right outside it!) which was interesting – but despite their promise on the wall we’re unlikely to ever repeat; then a delectable treat at Café Concerto in the new New Street; a drink with fellow traders at Weatherspoon’s ‘Figure of Eight’; and finally something we’ve been intending to do for a while – watching a movie, sitting on a comfy sofa with drinks and nibbles delivered to us at The Electric Cinema (one of its claims to fame being it’s the oldest working cinema in the country). 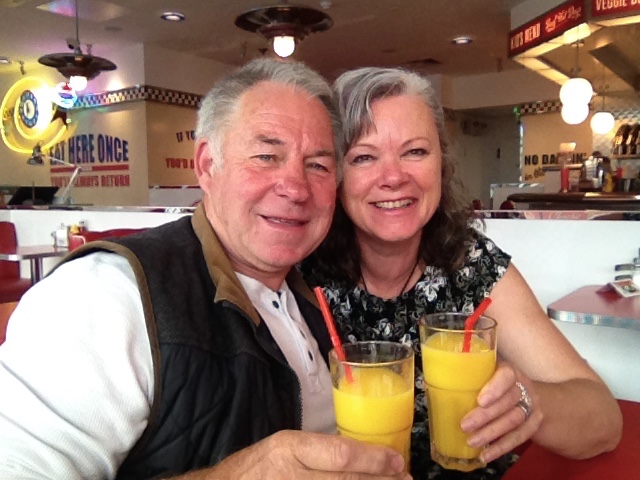 Eat here once (and we’re unlikely to return!) – quaint and better than cereal and toast on board Areandare 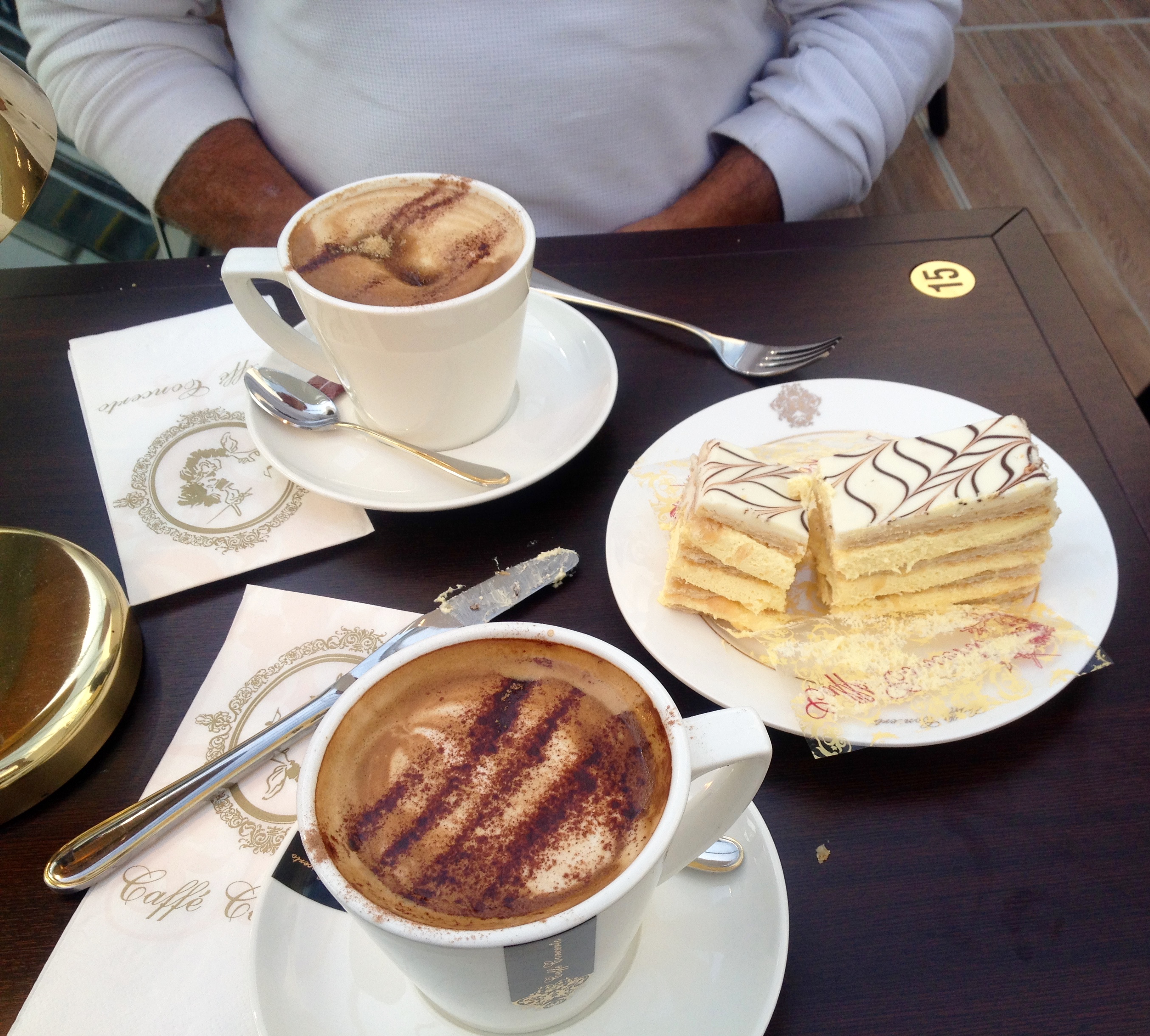 Cappuccinos with an extra shot, plus a shared Millie Feuille (Barry got the small portion!) 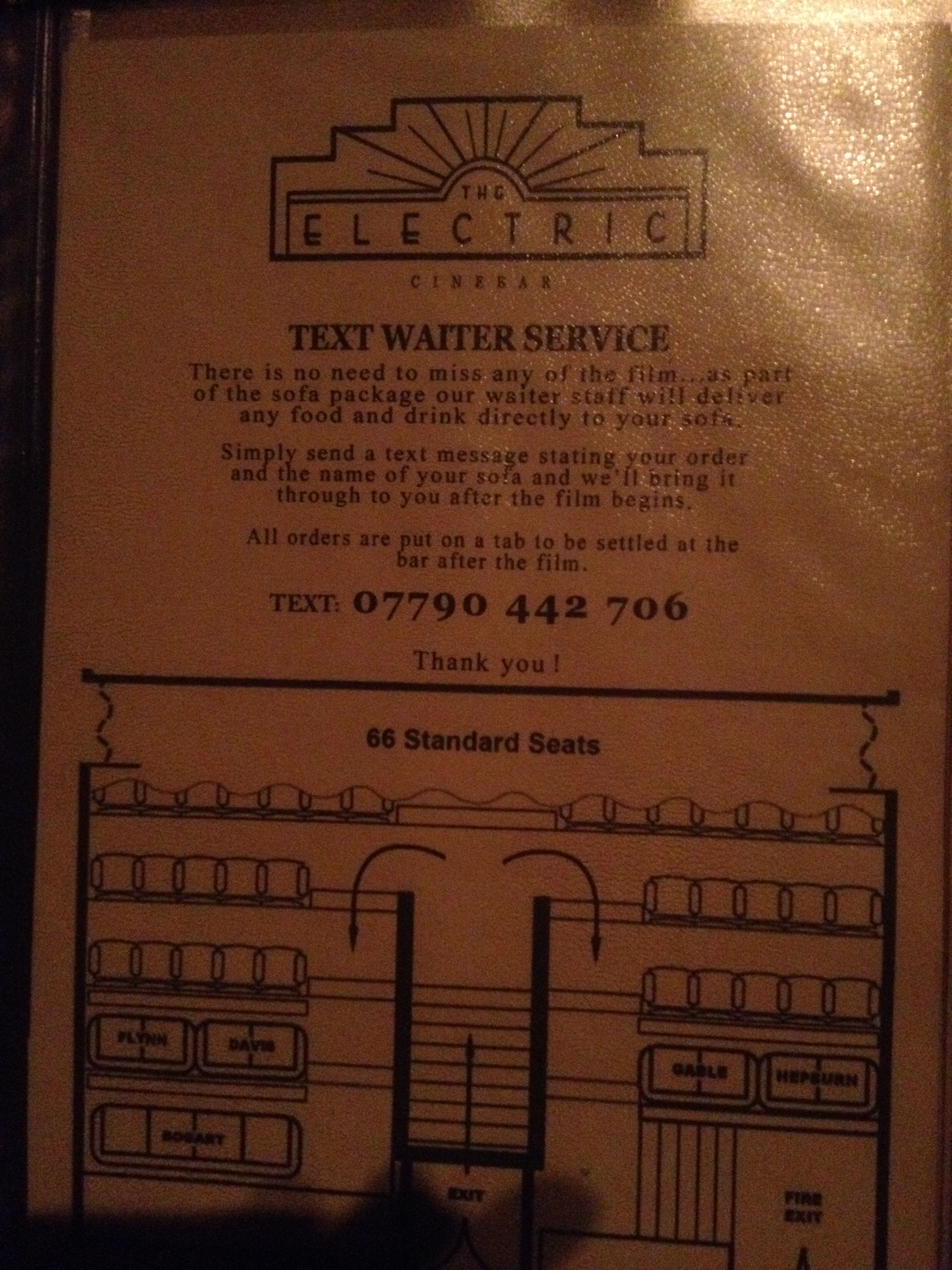 A walk around town

Following a full-on trading weekend for Barry, I had a coaching client booked in for Tuesday morning, so Barry had a turn to chill, have a walk around town, and take a few photos … 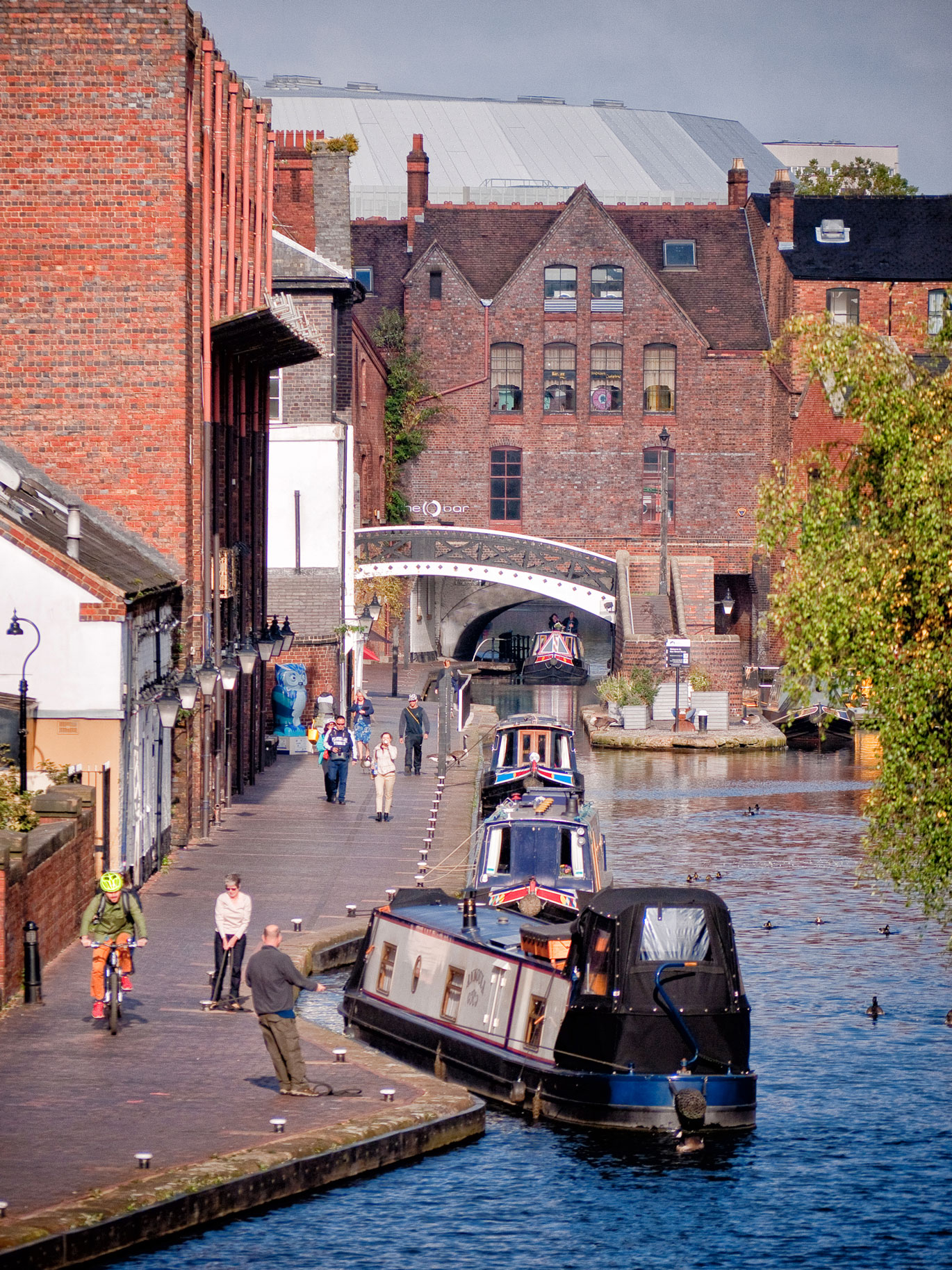 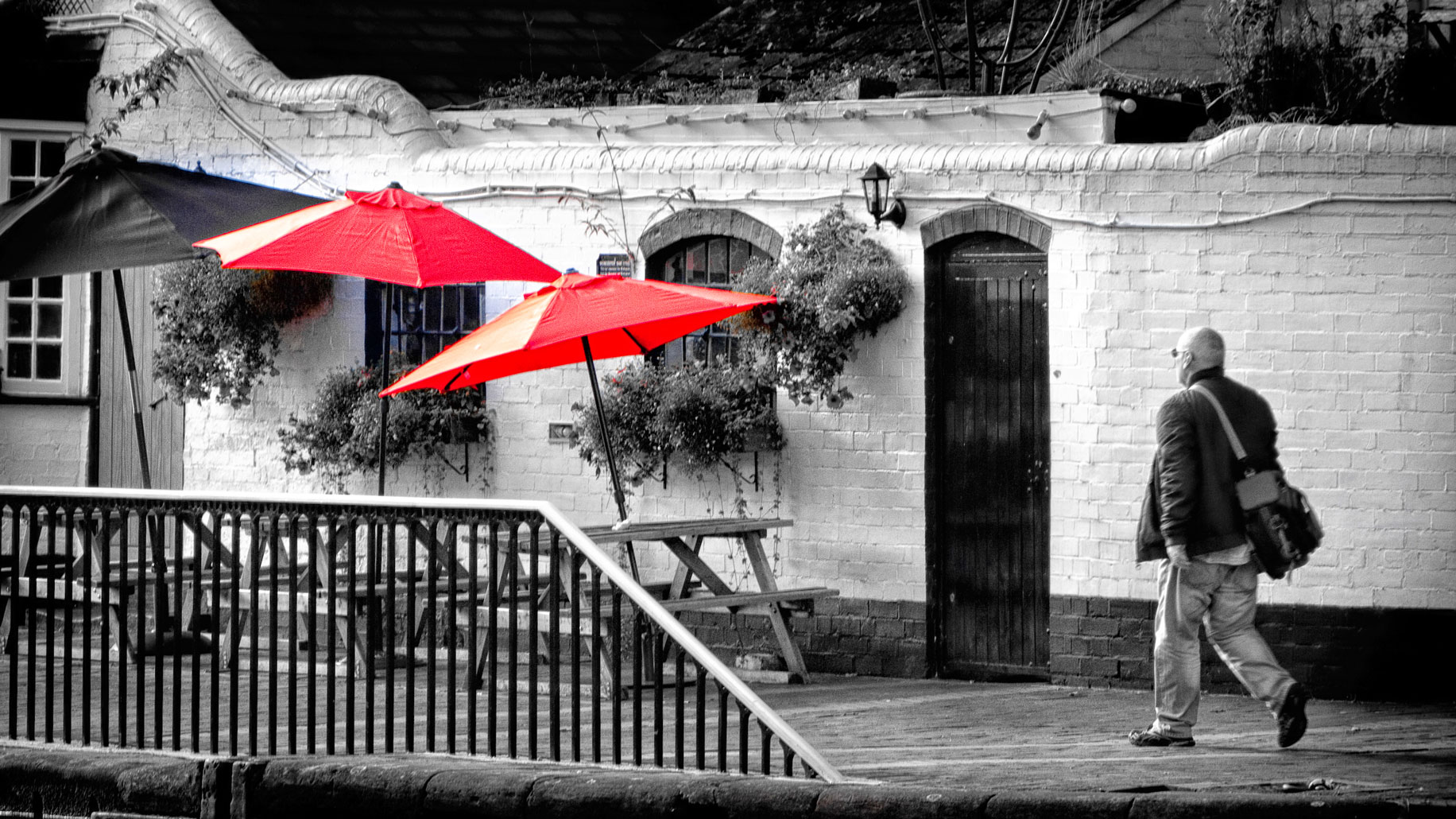 An artist’s impression of life in Gas Street Basin 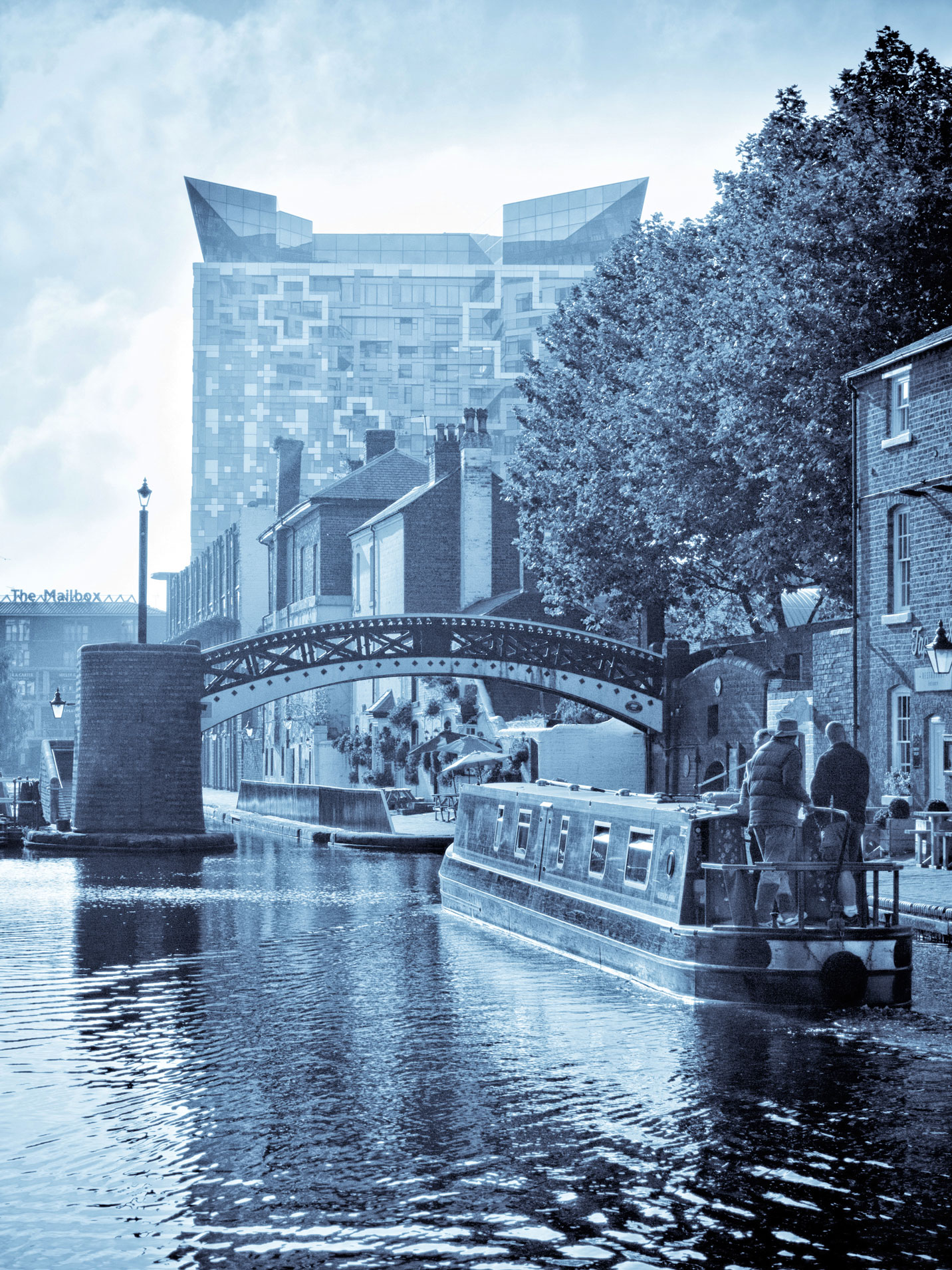 The Cube, The Mailbox and Gas Street Basin 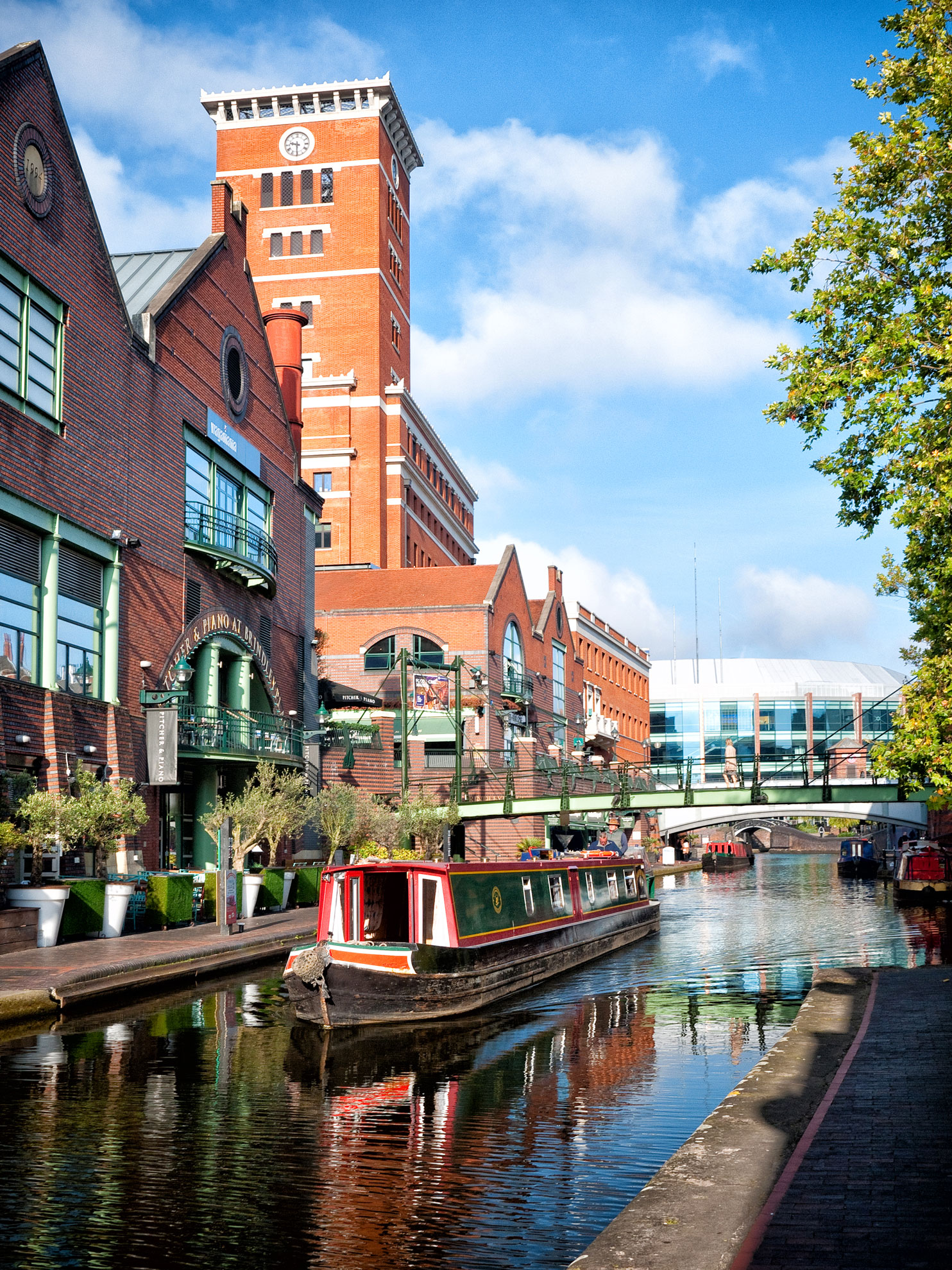 Brindley Place – the canal-side in Birmingham is amazing

On to Bentley Bridge – and London!

We meandered to Tipton yesterday where I jumped on a train to mum’s. We’re on our trip to London tomorrow, to see the Frank Sinatra Show, staying in a posh hotel for my birthday present.

Barry’s trading with five other boats at Bentley Bridge. I’ll be back on board on Tuesday next week – not sure to which station yet!