Wow! What a wonderful weekend we had at The Crick Boat Show – in spite of a particularly challenging beginning.

Our arrival on Friday turned into a bit of a tense and troubled time, as due to what seems like a communication cock-up somewhere, we had no mooring booked on the harbourmaster’s list. A case of “You’re name’s not down, you’re not coming in …”

We almost turned around and left at one stage it was so frustrating. With a lot of too-ing and fro-ing eventually Waterways World staff managed to get the powers that be to find a solution.

Discovering later we weren’t the only ones to experience initial mooring challenges helped in some strange way. It all got sorted out eventually, but it was something we hadn’t expected and things felt rather fraught for a while after such a long journey from Alvechurch in a short space of time.

Our eventual mooring – not the best but better than the original nothing!

The line of booked moorings at Crick Boat Show 2015 – we were right at the end of these and around the corner (nice and quiet!)

Guests on board and surprisingly successful seminars

Our tickets for the show had been sent to Helen and Andy, so we missed the entertainment offered on the Friday evening. Not that we’d have gone anyway – we were busily writing a few notes in readiness for the ‘Floating Businesses’ seminar the following day.

Shortly after we arrived at the Show late on Saturday morning, I met Halfie and his lovely wife for the first time – and Bobby Cowling, Waterways World editor. I’ve corresponded with them in the past, but not met them personally.

Our seminar spot was just after lunch on Saturday, and drew in quite a crowd. We expected Sunday to be quieter, as it was later in the day, but there was standing room only once we got started!

We were astounded at the level of interest shown in the intricacies of setting up and running floating businesses.

We all highlighted the fact that it’s a lifestyle choice, not for the fainthearted and unlikely to make you rich – though admittedly I did pick Andy up on this comment and suggested richness comes in many forms. I frequently feel wealthy beyond measure living the way we do, with the freedom, flexibility and fresh air we experience.

The panel members had a mix of business and boating experience.

It’ll be interesting to see what transpires in the future as a direct result of the seminars – I’ll keep you posted!

Music and cheer at Crick

Having Helen and Andy staying on board Areandare is always special, and last weekend was no exception. Of course it included a few obligatory games of six-handed-rummy. That game of either luck or skill, depending on whether Andy’s winning or not!

It also would’ve been rude not to partake of a pint or two of the wide range of beer and cider on offer, and listen to some of the musicians. 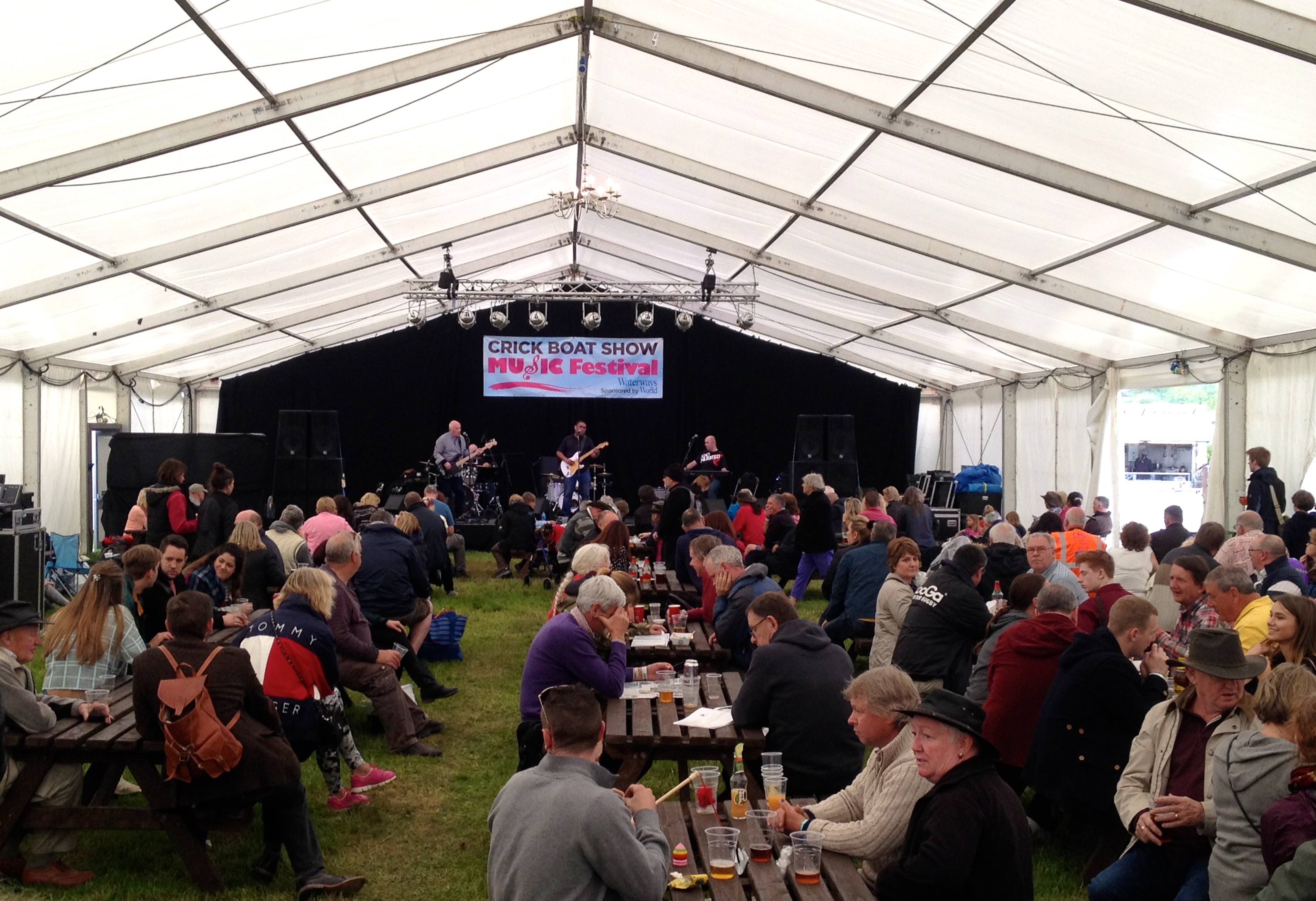 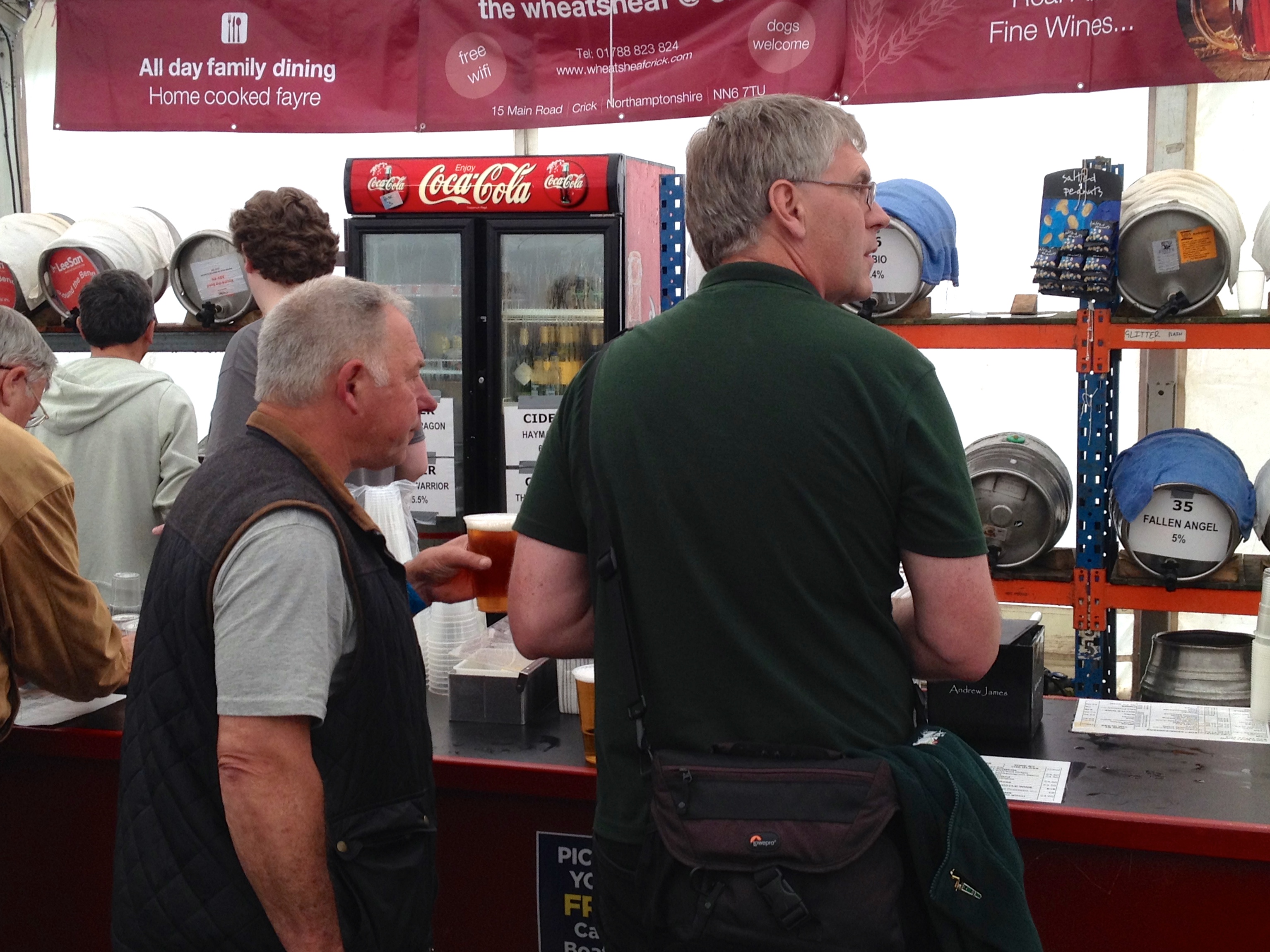 One of the highlights for many people was Hazel O’Connor who headlined on Sunday evening.

Taking Andy, Helen and I mesmerisingly back to our youth (though not Barry, it seems Hazel didn’t get to Gisborne, New Zealand), she and her all female ensemble gave a very powerful performance.

Andy originally felt they’d be best to leave in the late afternoon and not wait for Hazel who didn’t start until 2110hrs. I was hitching a lift back with them, which entailed an hour’s drive, ready to travel to my daughter’s this morning.

He wasn’t staying, that is, until he and Barry spotted her warming up on stage and he managed to get some really amazing photos of her – and he’s also certain she caught his eye and beckoned him to stay!

The photos are already on his blog so do check them out, as they’re far better than my attempt … 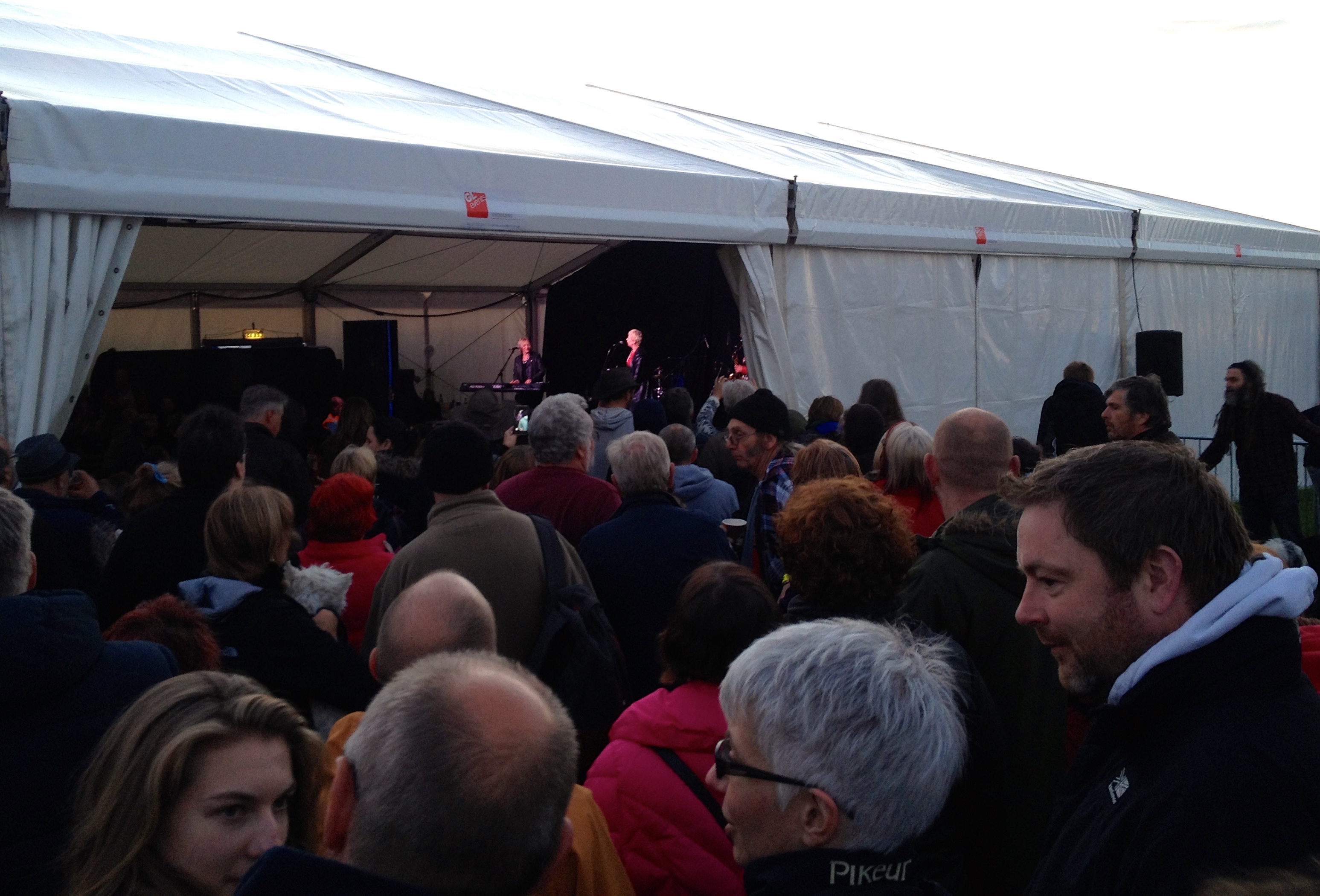 For many people the Crick Show is about looking at boats – as we see them all the time and have no interest in buying another one, that part passed us by, especially as you had to book in advance to get inside any of them (which Helen and Andy did so they could plagiarise kitchen storage designs) …

I’m now at my daughter’s in Malpas, having time with my gorgeous grandsons.

Barry I believe, left Crick yesterday afternoon heading north. I return to the boat sometime on Friday at a yet to be determined location. Our next planned boating festival is in Middlewich the weekend of 20th June. In the meantime I’ll be facepainting at Throckmorton Airshow in Pershore on Saturday 6th June. Barry will be line-manager which will be amazing – and a fellow facepainter is coming to share the event alongside me, as ticket sales of 15,000 felt rather too large for one person to handle.